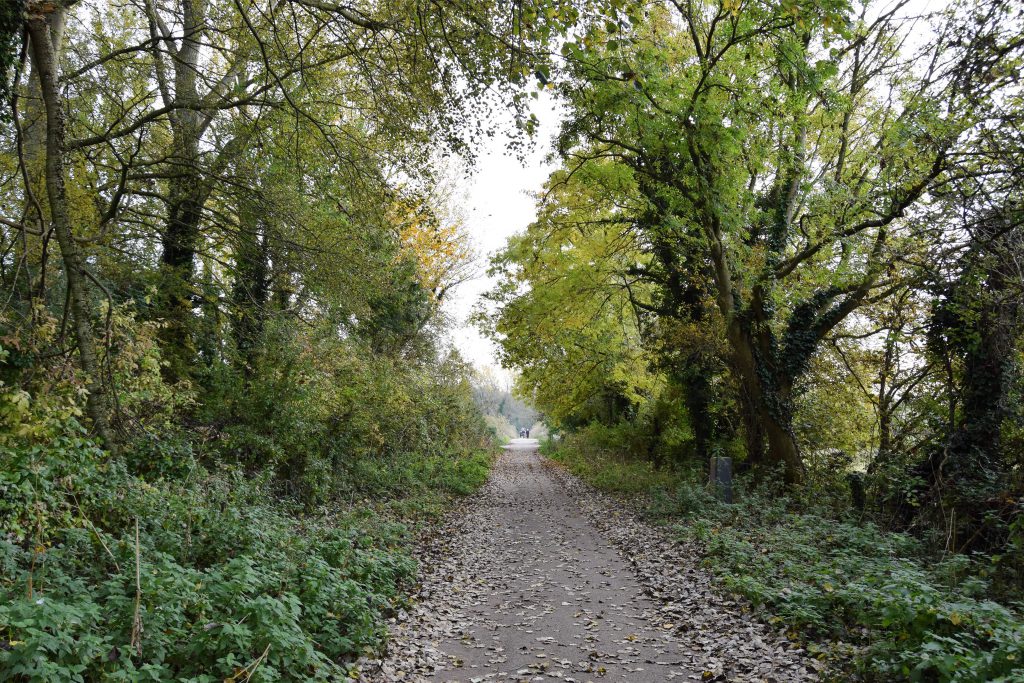 When Keats wrote to his brother and sister in law of his daily Winchester walks he ended at ‘the most beautifully clear river,’ the Itchen, probably where it crosses Five Bridges Road. In his letter he said, ‘now this is only one mile of my walk I will spare you the other two till after supper when they would do you more good,‘ but he never mentioned it again. Even so, it stood to reason he hadn’t just turned around and walked back the way he came and I had a good idea of the route he would have taken. The clues were all there in the final verse of his ode To Autumn.  END_OF_DOCUMENT_TOKEN_TO_BE_REPLACED 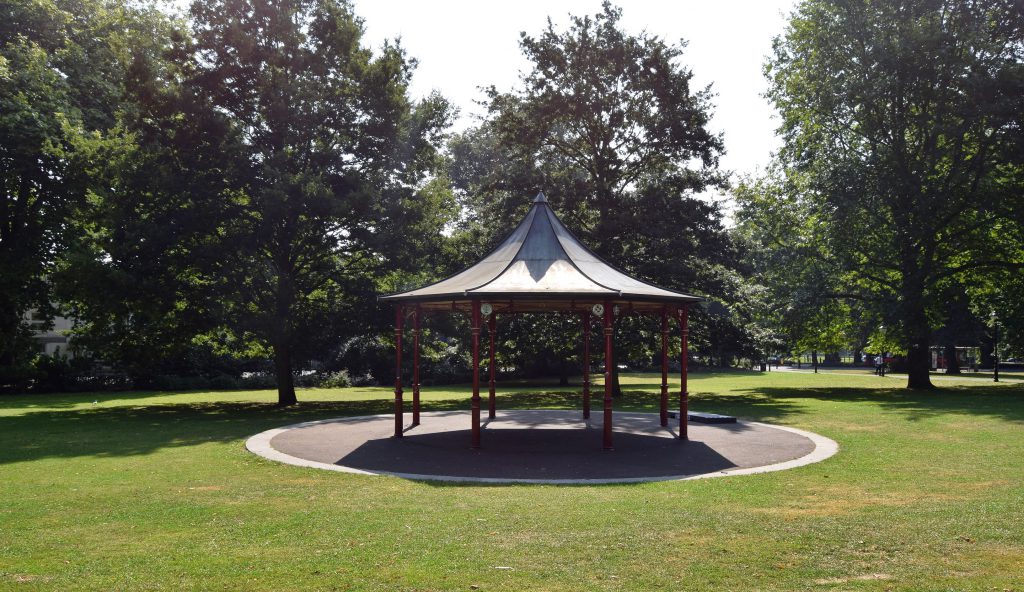 We’d purposely saved our zebra hunting in the parks for a sunny day and today had more than enough sun. In fact there wasn’t a cloud in the sky. There were six zebras to find, or there should have been. We already knew Skittles, near the bandstand in Palmerston Park, was likely to be absent. He was stolen on the same night as Ticket to Ride, ripped from his plinth. Unlike the poor First Bus zebra he was found, damaged and dumped in some bushes in Hoglands Park. Why anyone should want to damage these lovely beasts and spoil everyone’s fun is beyond me. END_OF_DOCUMENT_TOKEN_TO_BE_REPLACED 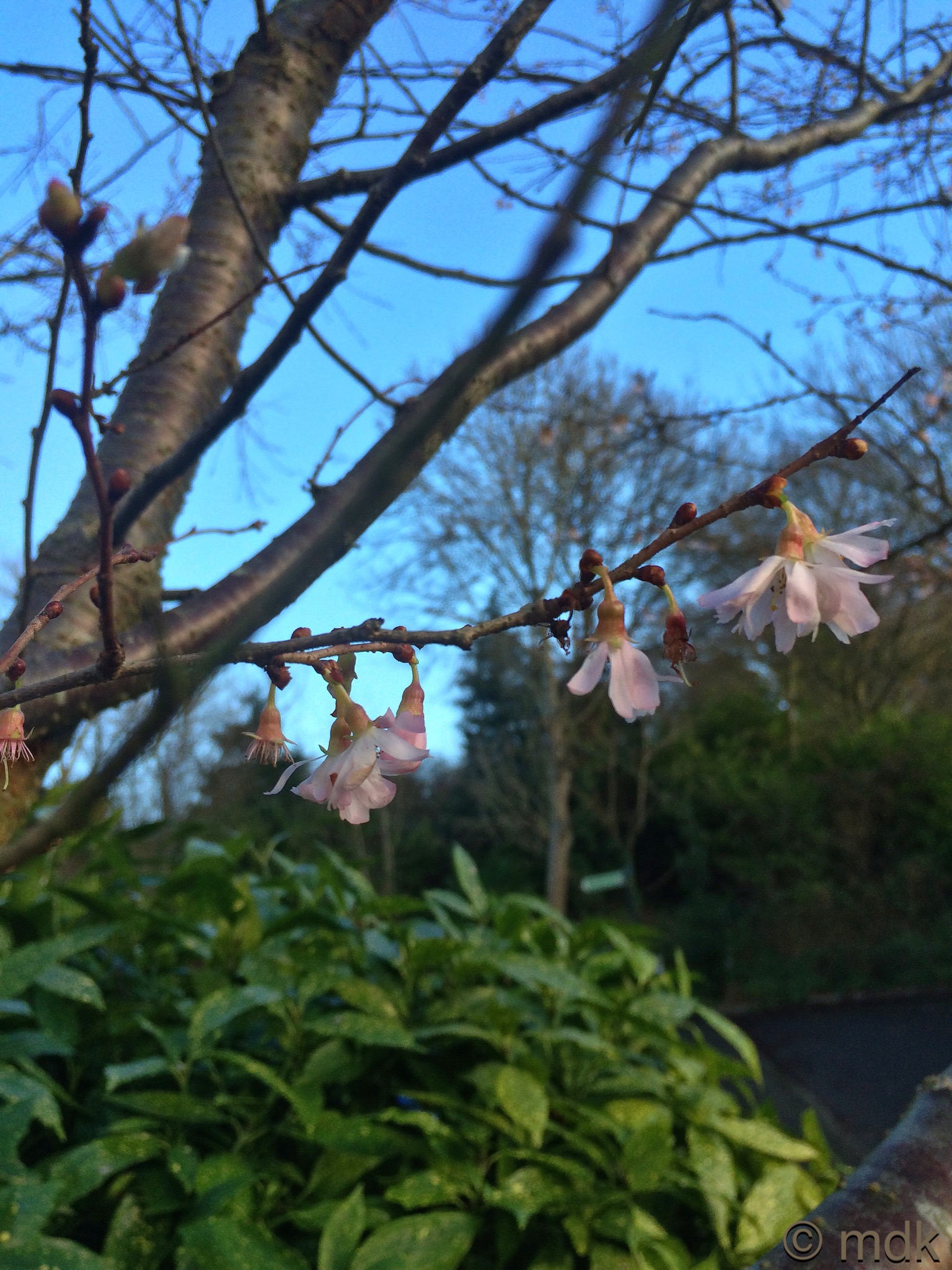 It seemed fitting that my last walk of the year should be one of my oldest routes. In fact, looking back. It was my last walk of 2014 too so it seems to be a bit of a tradition. The weatherman said it would stay dry until mid afternoon but I didn’t really believe him so I made sure I was well waterproofed when I set off. The sky was blue, I’d almost forgotten sky came in colours other than grey. Although it was colder than it has been, the proof that this has been one of the warmest December’s on record came as I headed for Monks Walk and saw blossom on a tree. END_OF_DOCUMENT_TOKEN_TO_BE_REPLACED 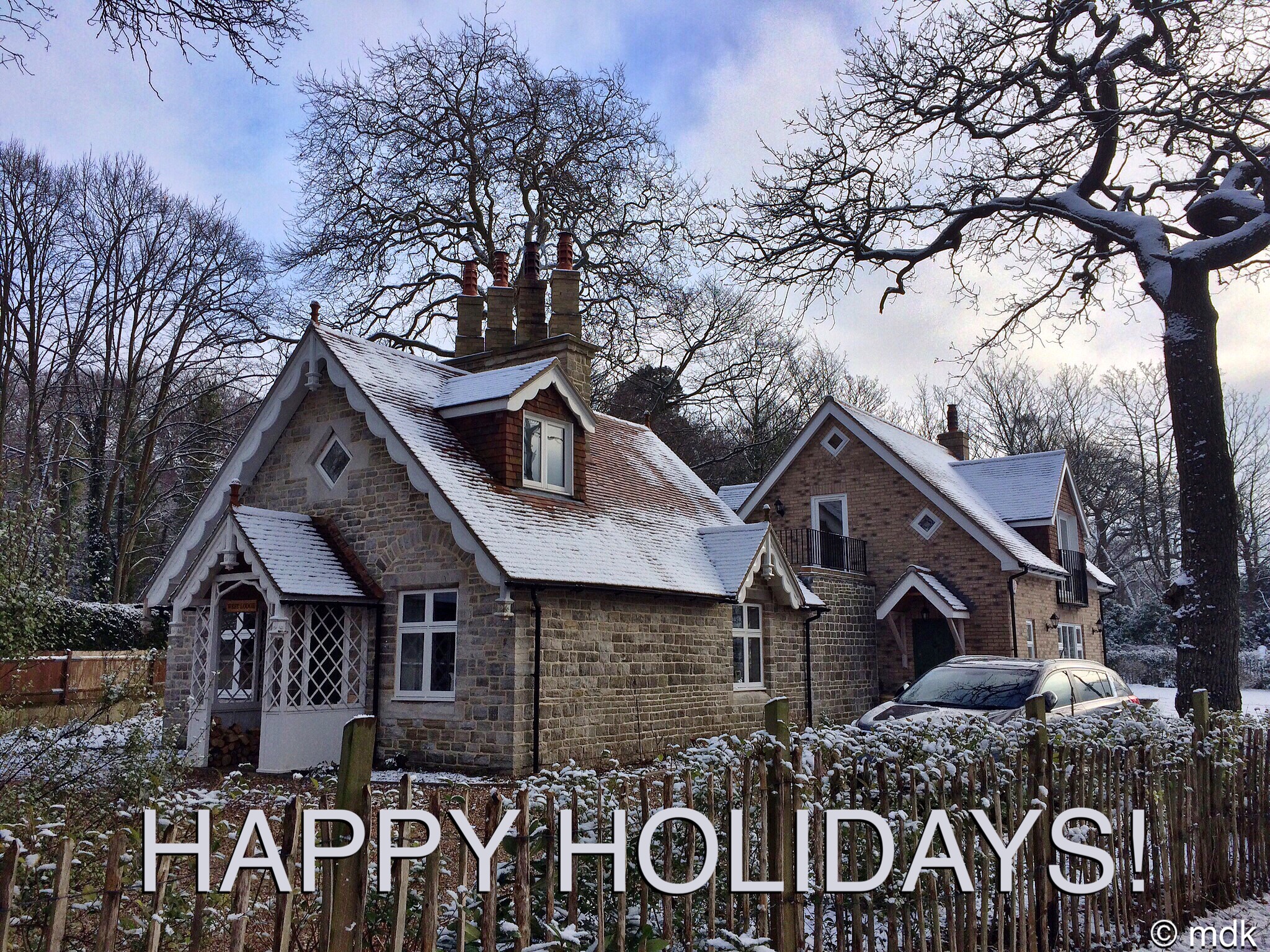 Our Christmas Day began with a Park Run, at least Commando’s did. Originally I’d planned to get up early with him and go along but, in the end, I chickened out and stayed in bed. There was a great deal of work to be done in the kitchen after all. He came back wearing his Santa hat, just in time for breakfast. He was freezing cold and I was glad I hadn’t gone although I’d have liked some photos of all the runners in Santa hats. In the end I had to settle for one runner in a Santa hat.  END_OF_DOCUMENT_TOKEN_TO_BE_REPLACED 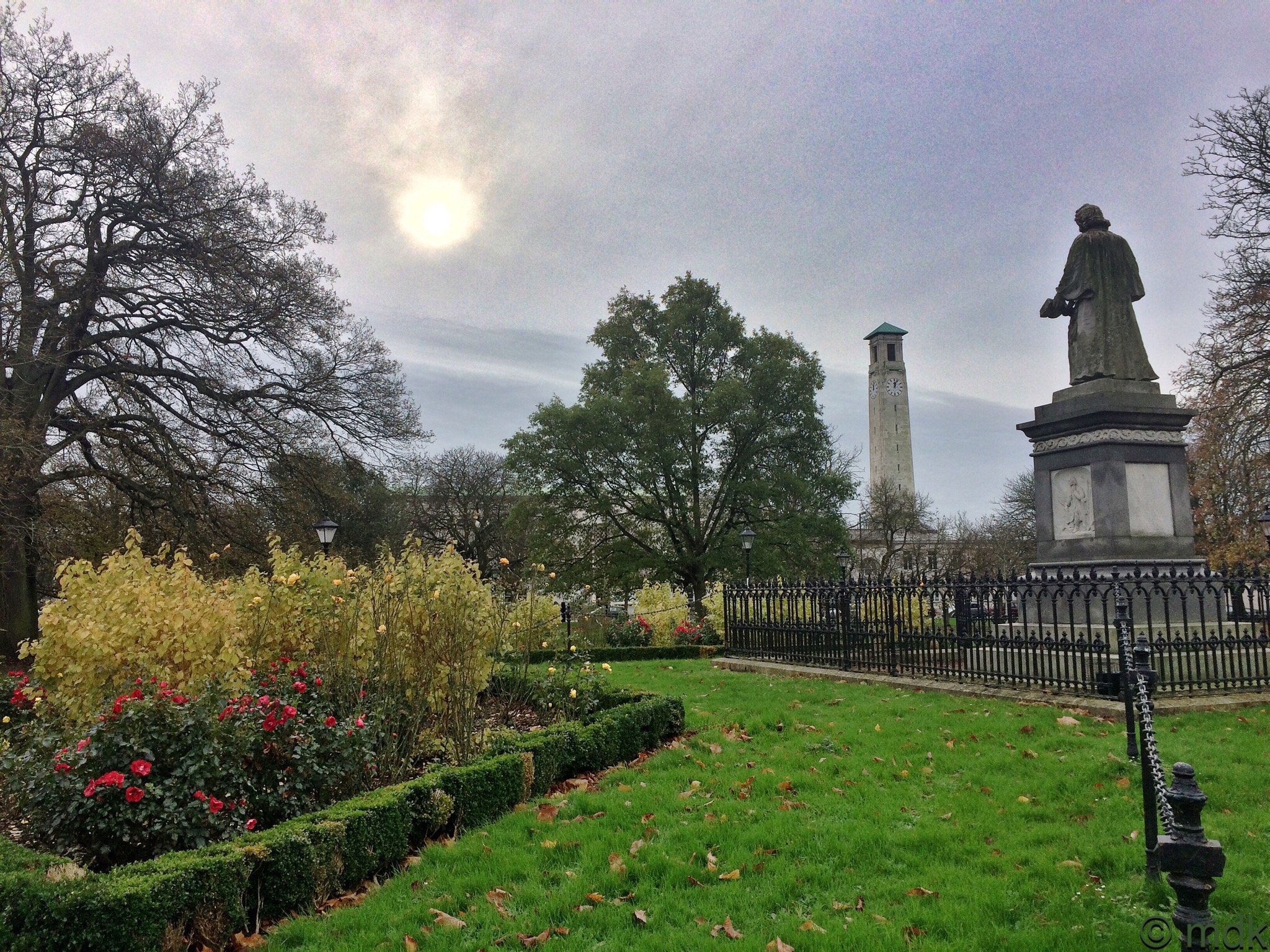 Commando always takes a couple of weeks off over the Christmas period so today Christmas Shopping was top of our list of things to do. This, of course, meant a trip into town and a chance to see the Christmas lights. Weather wise it probably wasn’t the best day for it. It had been raining on and off all day but it’s been raining on and off every day lately. Half way through the afternoon probably wasn’t the best time to go either, but Commando wanted to see Santa flying through the air on his sleigh and that doesn’t happen until five o’clock, at least not in Southampton. END_OF_DOCUMENT_TOKEN_TO_BE_REPLACED 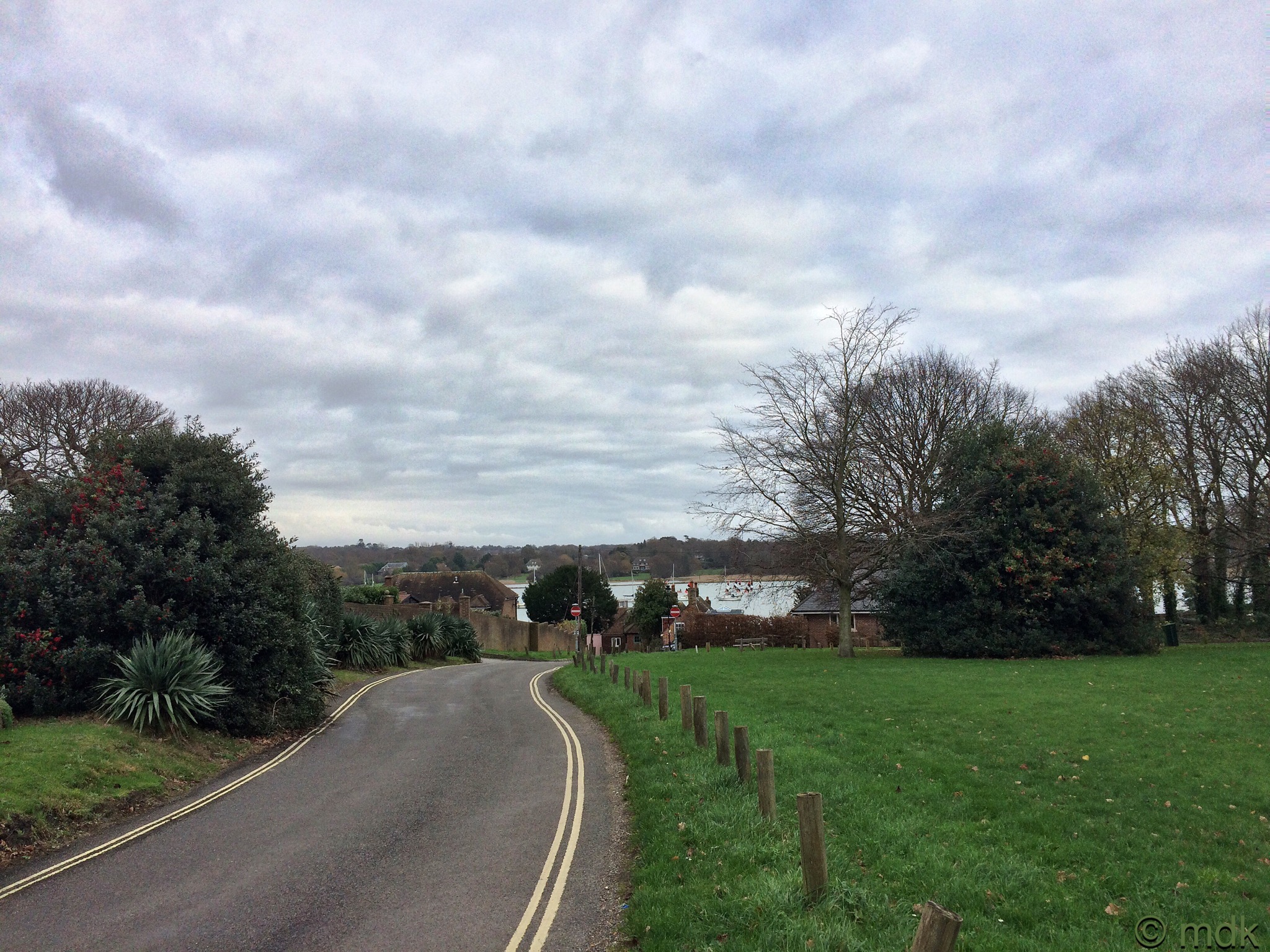 Late in November CJ and I went down to Hamble Point to look at the Bofors Gun and the pillbox. That day it had been very muddy on Hamble Common so we hadn’t been able to explore further. Today Commando’s long Sunday run took him down to Hamble Point so, naturally, when he got home we compared notes. He had run along the road rather than on the shingle and we got to talking about the airfield and the memorial to the women of the Air Transport Auxiliary on Hamble Lane. END_OF_DOCUMENT_TOKEN_TO_BE_REPLACED 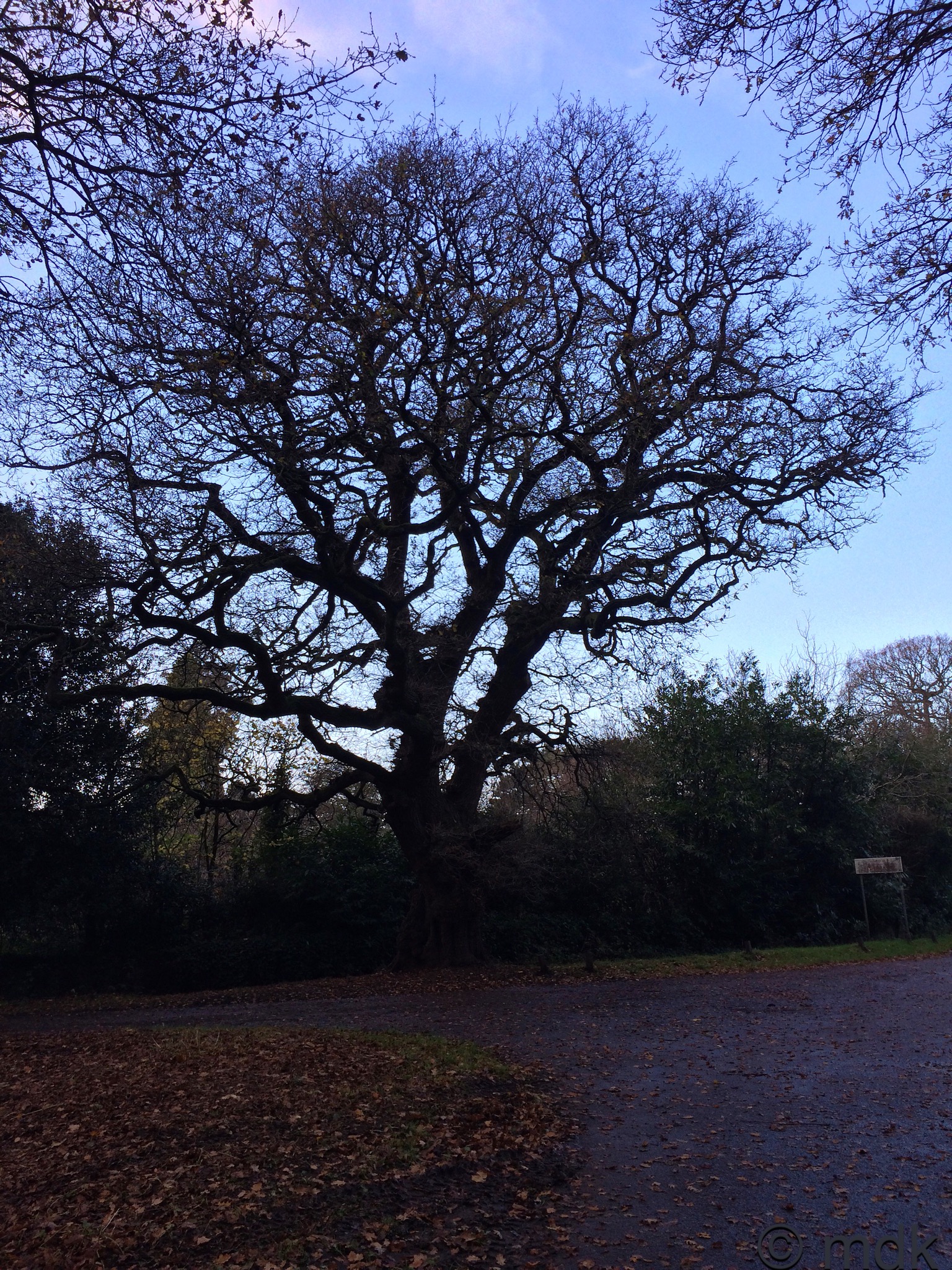 Yet again there had been rain and there’d been a fair bit of sitting about talking about Katie and worrying how Maggie and Alan were coping. Messages and cards had been sent. What there hadn’t been was walking, apart from up the hill and back again trying to beat the showers. Commando was going slightly stir crazy, missing his runs so, when the rain eased up in the late afternoon, he decided to go for a run on the Common and asked if I wanted to come along for a short walk. END_OF_DOCUMENT_TOKEN_TO_BE_REPLACED 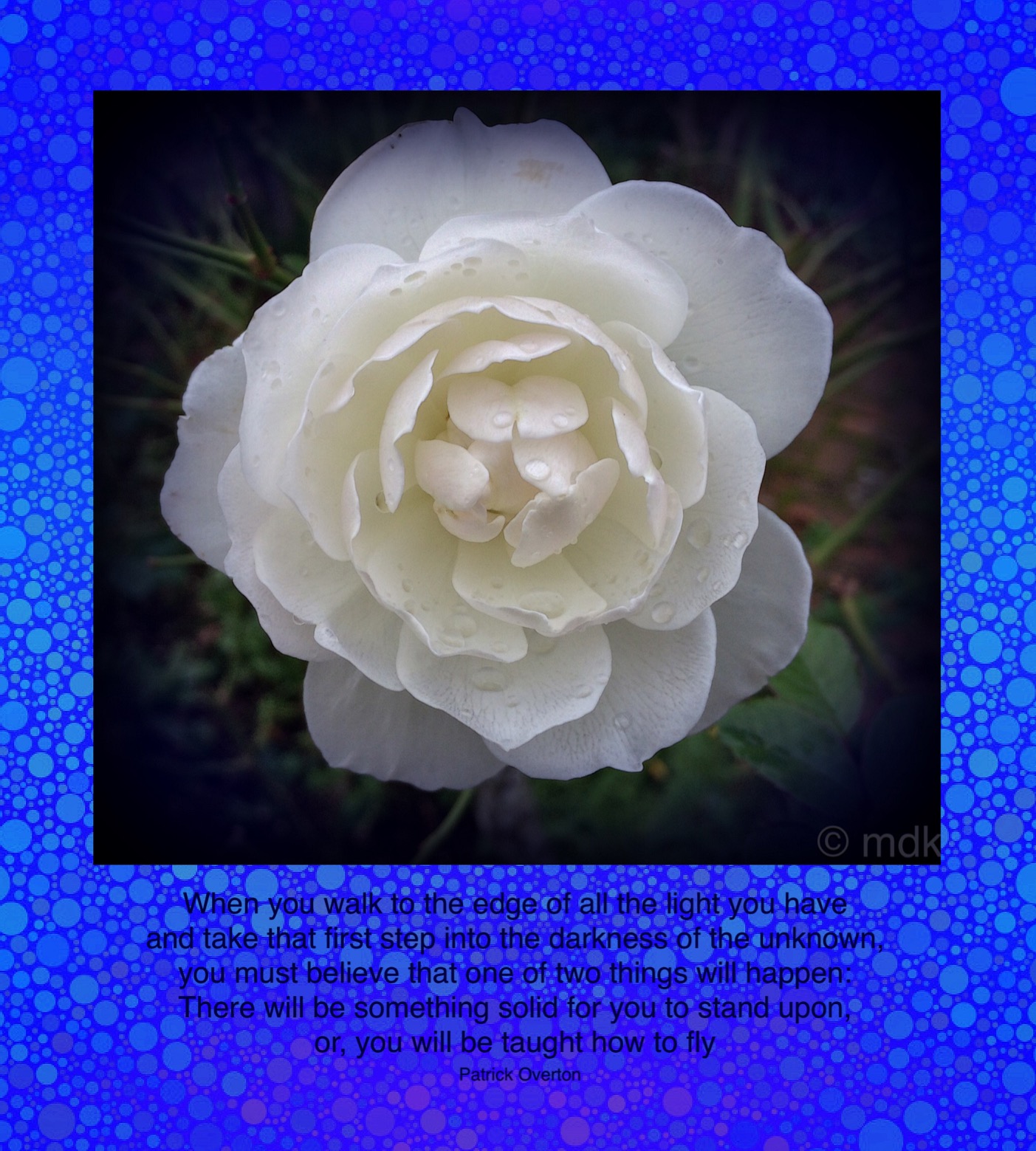 The last time we saw cousin Katie she was in her bed at Maggie and Alan’s house in Gravenhurst surrounded by beautiful things to make her smile. We knew then that it would probably be the last time we saw her. Last March she was given the wonderful news that the cancer she’d been fighting had gone into remission. It seemed like a miracle but, sadly, the joy was short lived. In just three months the cancer was back and the prognosis was not good. Now it was all about buying time with chemo. END_OF_DOCUMENT_TOKEN_TO_BE_REPLACED

When I woke up this morning I had that kind of thick, tickly feeling that usually means a cold is waiting to pounce. There was also a slightly annoying Christmas song going round and round in my head. Worse still I couldn’t quite remember which gift came on which day of Christmas apart from the five golden rings and the Partridge in a pear tree. There seemed to be only one way to deal with both these issues, get out in the sun and visit a real pear tree. Well it was kill or cure anyway. END_OF_DOCUMENT_TOKEN_TO_BE_REPLACED 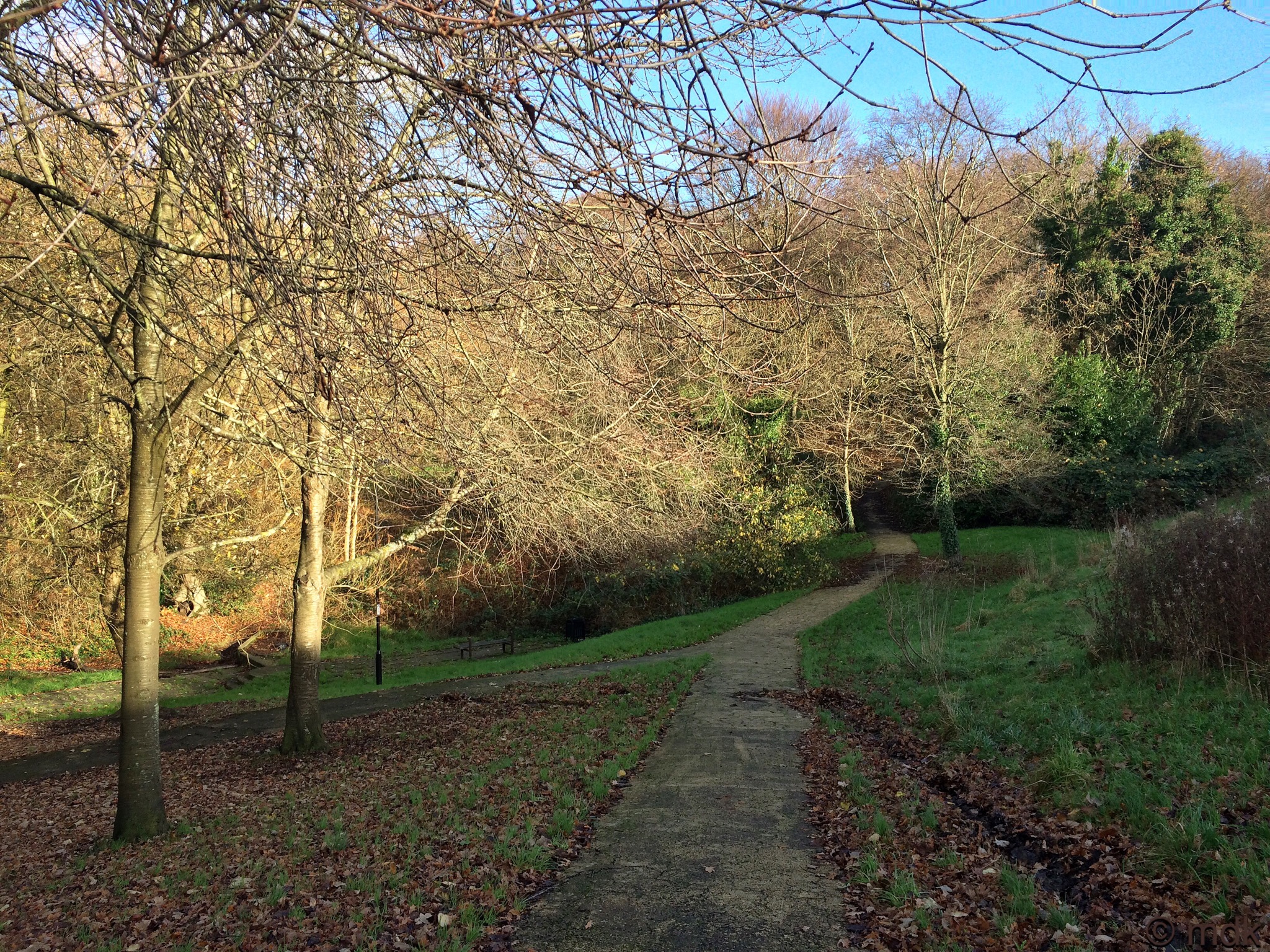 If November had had a theme it would have been rain and swans. Now November is over and done with I’m hoping one of those will have disappeared with it and you know very well I’m not talking about the swans. The beginning of December also brought the need to think about Christmas presents and I had a bit of a creative idea that involved a trip to the Hobby Shop next to the Swan Garden Centre. Originally I’d planned to drive there to save time but there was blue sky and sunshine outside so I took it as an omen that I should walk. None of the things I needed to buy were big or heavy after all and I had all the time in the world. END_OF_DOCUMENT_TOKEN_TO_BE_REPLACED