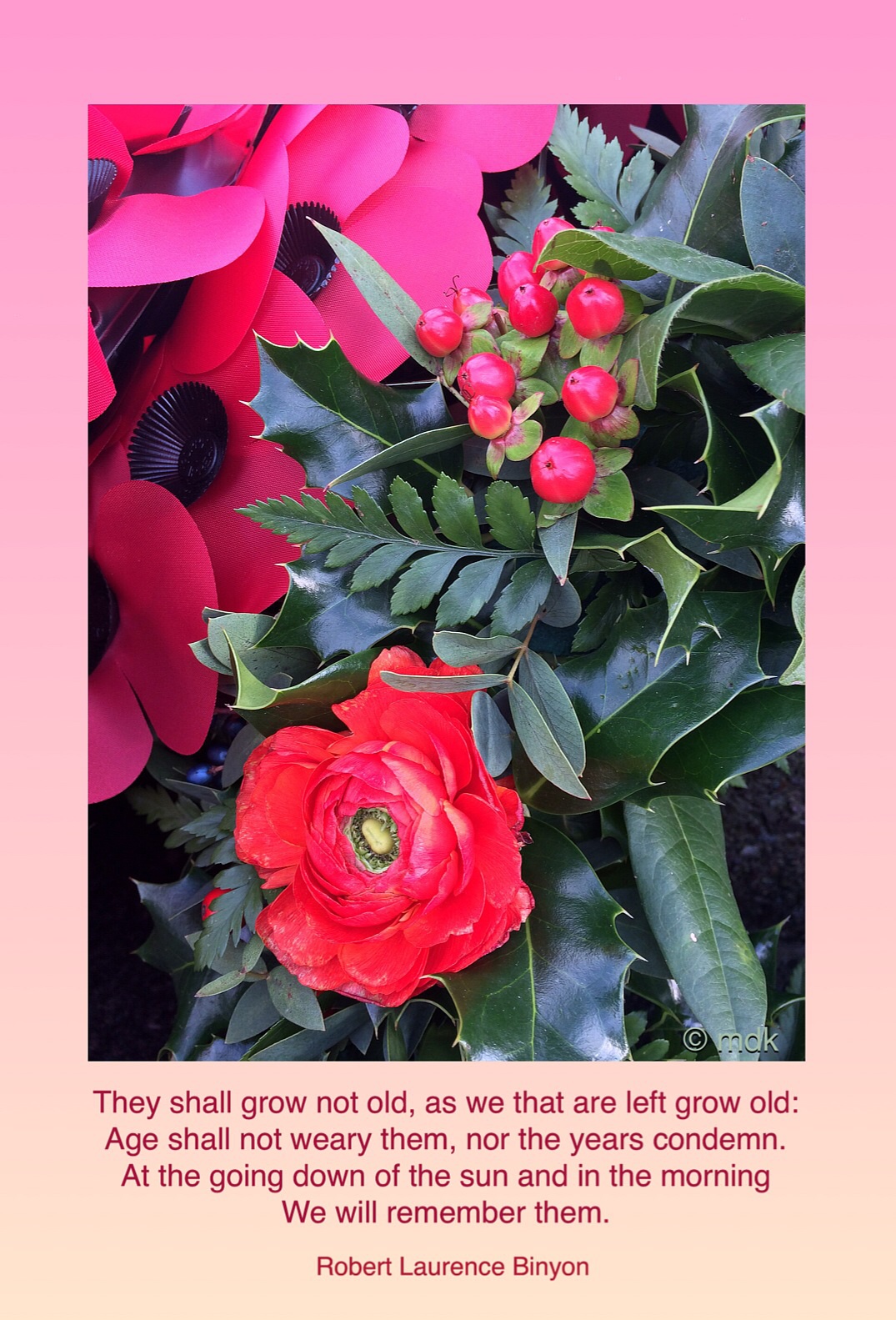 Sunday was about remembrance in more ways than one. It began with two minutes of silence and the Queen laying a wreath of poppies on the cenotaph in London. Of course we weren’t there, we were standing silently in the gym watching on TV and thinking of all those who gave their lives for our freedom.

There’d been a plan to walk to the cenotaph in Southampton later and look at the poppies but Commando thought it would be too crowded, besides he had another job to do and wanted me to be there. When Commando’s mother died Commando Senior planted an apple tree in his garden in her memory. The house will soon be sold and, as the tree was in a sorry state, it was decided that we would dig it up and replant it in our garden. It may not survive but I’m pretty sure it wouldn’t have survived where it was anyway.

When he dug the tree up Commando found a little pot containing some of his mother’s ashes buried beneath it. He spread them around when he replanted the tree. He had saved some of Commando Senior’s ashes to sprinkle there too and this morning, after the service, that was what he did. Now they are reunited. 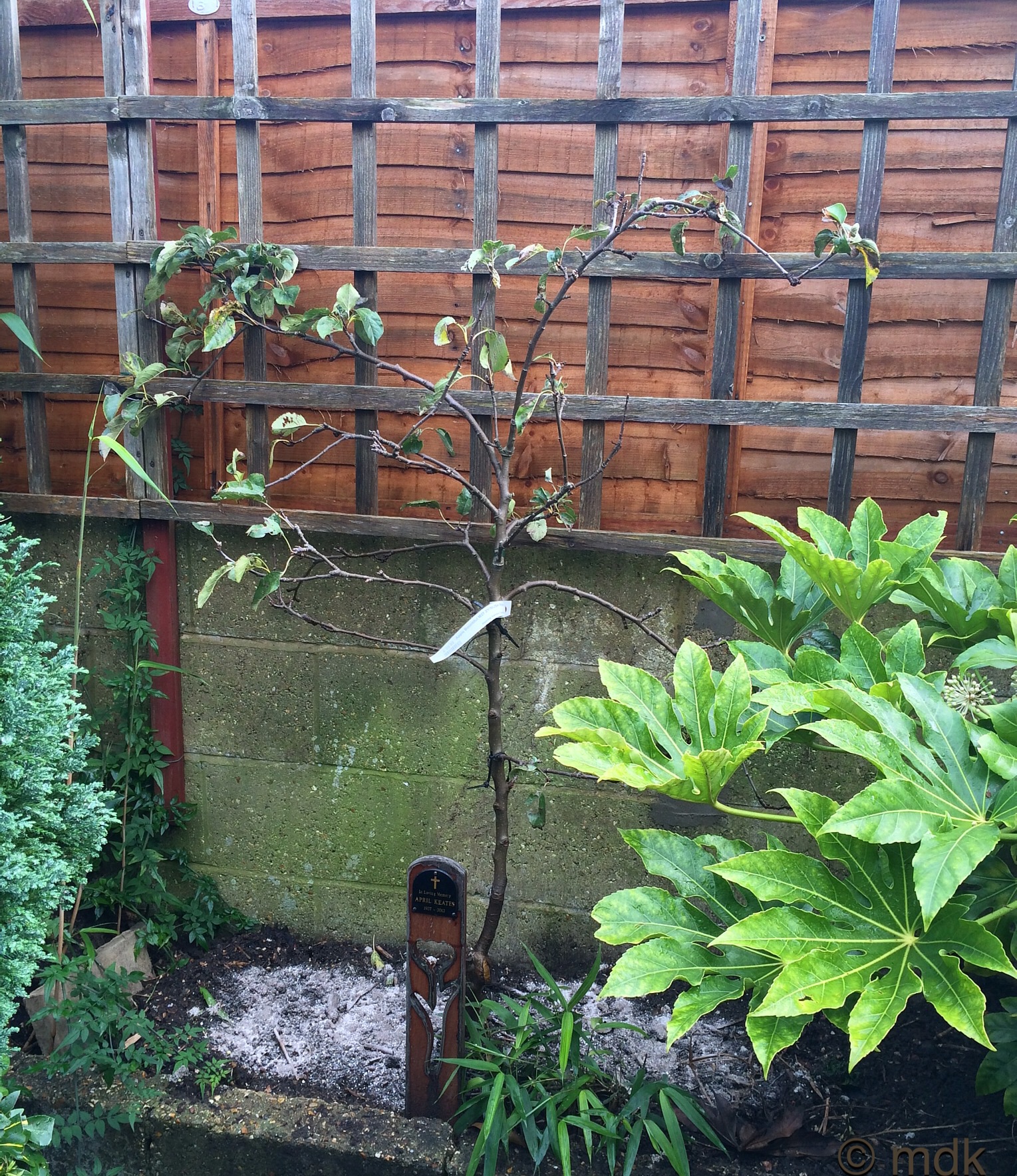 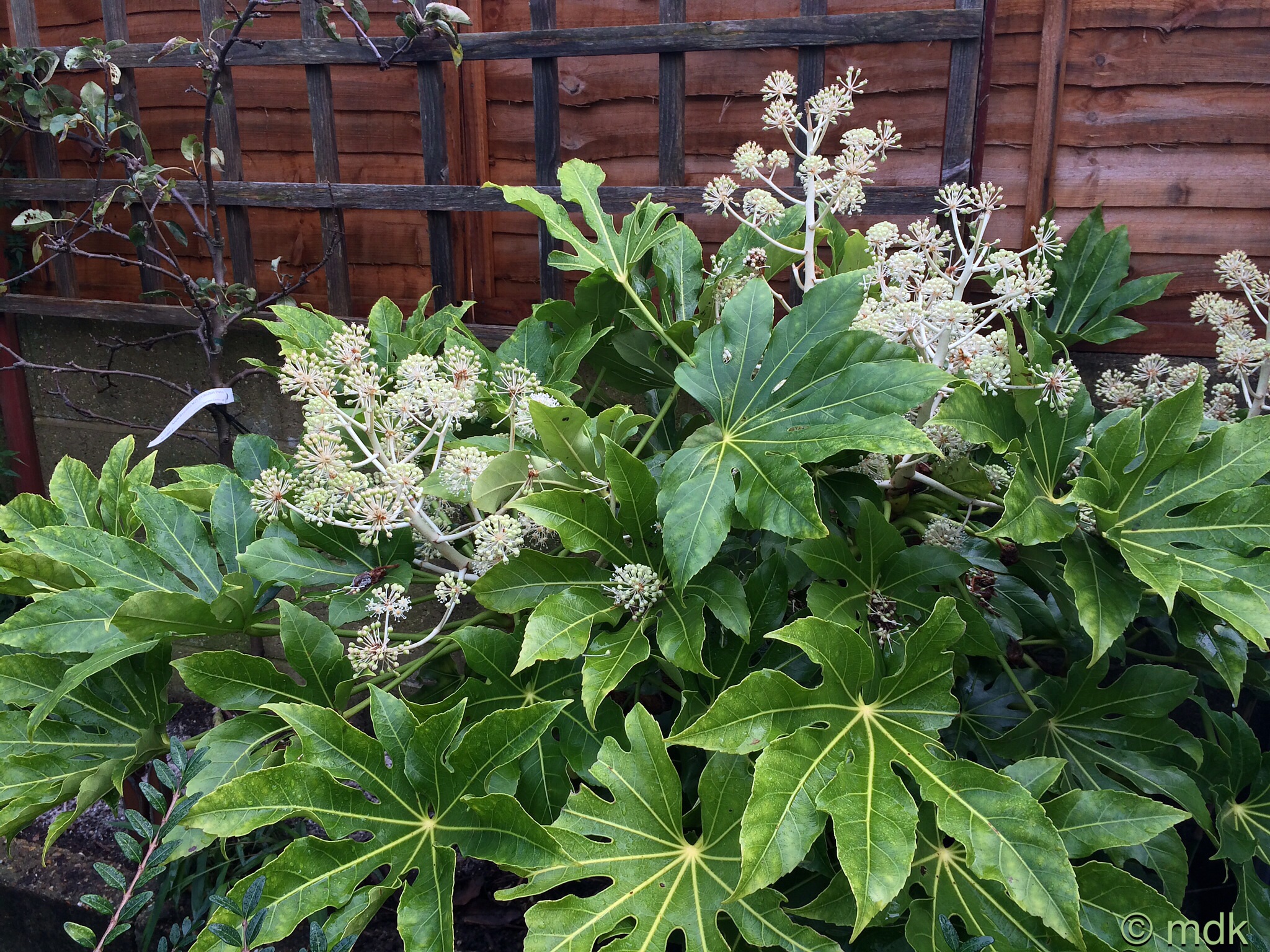 Rather than go to the cenotaph in town Commando suggested we drive out to Eastleigh and visit the cenotaph there. I’ve walked through the little green space in the centre of Eastleigh many times on my long walks towards Twyford and Winchester but I’ve never really explored it. The Recreation Ground, as it’s known, was once Little Eastleigh Farm and, in 1896, it was turned into a park, known at first as the Cricket Field. An avenue of trees were planted and, in 1900, the Railway Company just along the road built a wooden bandstand. 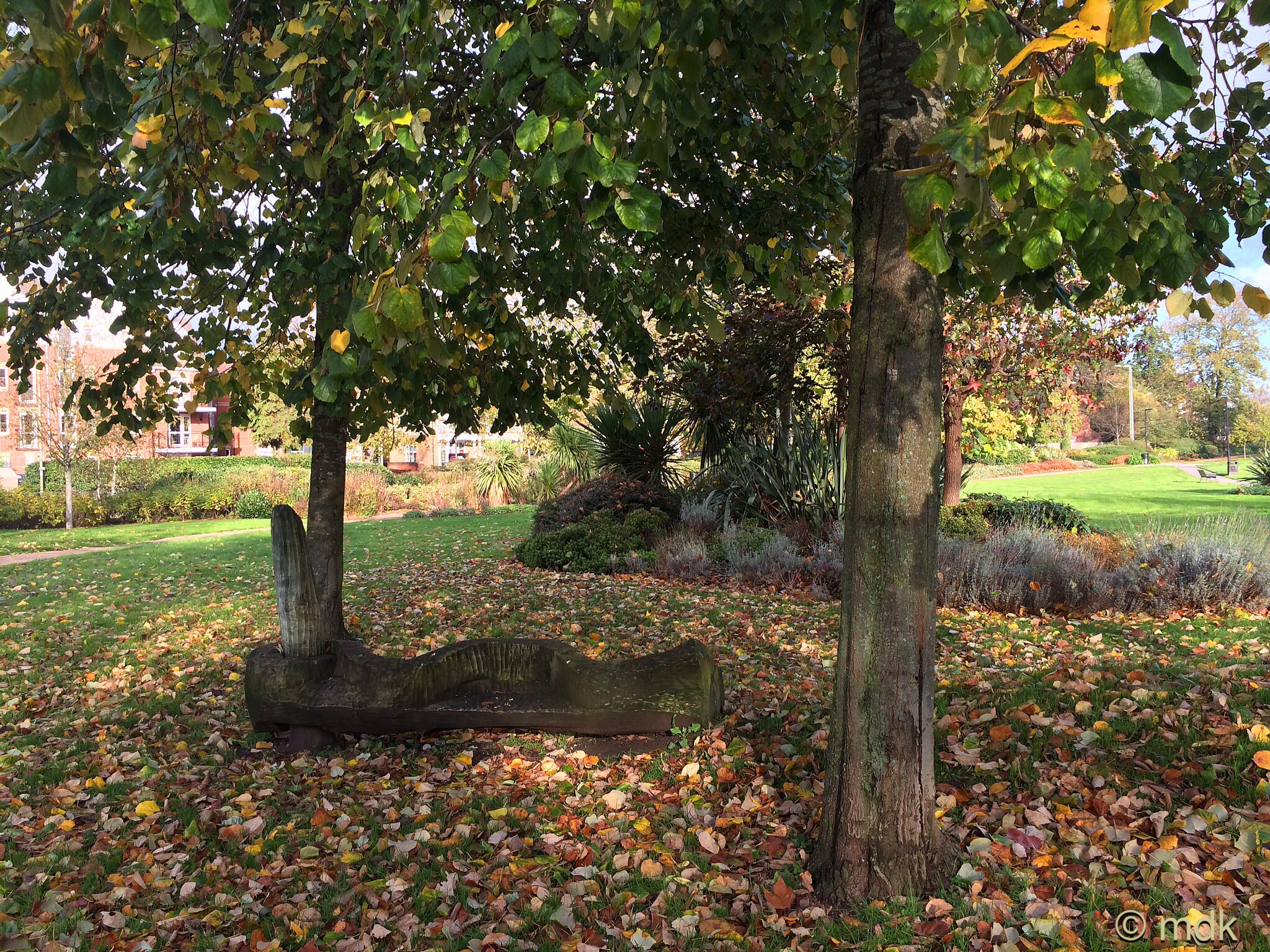 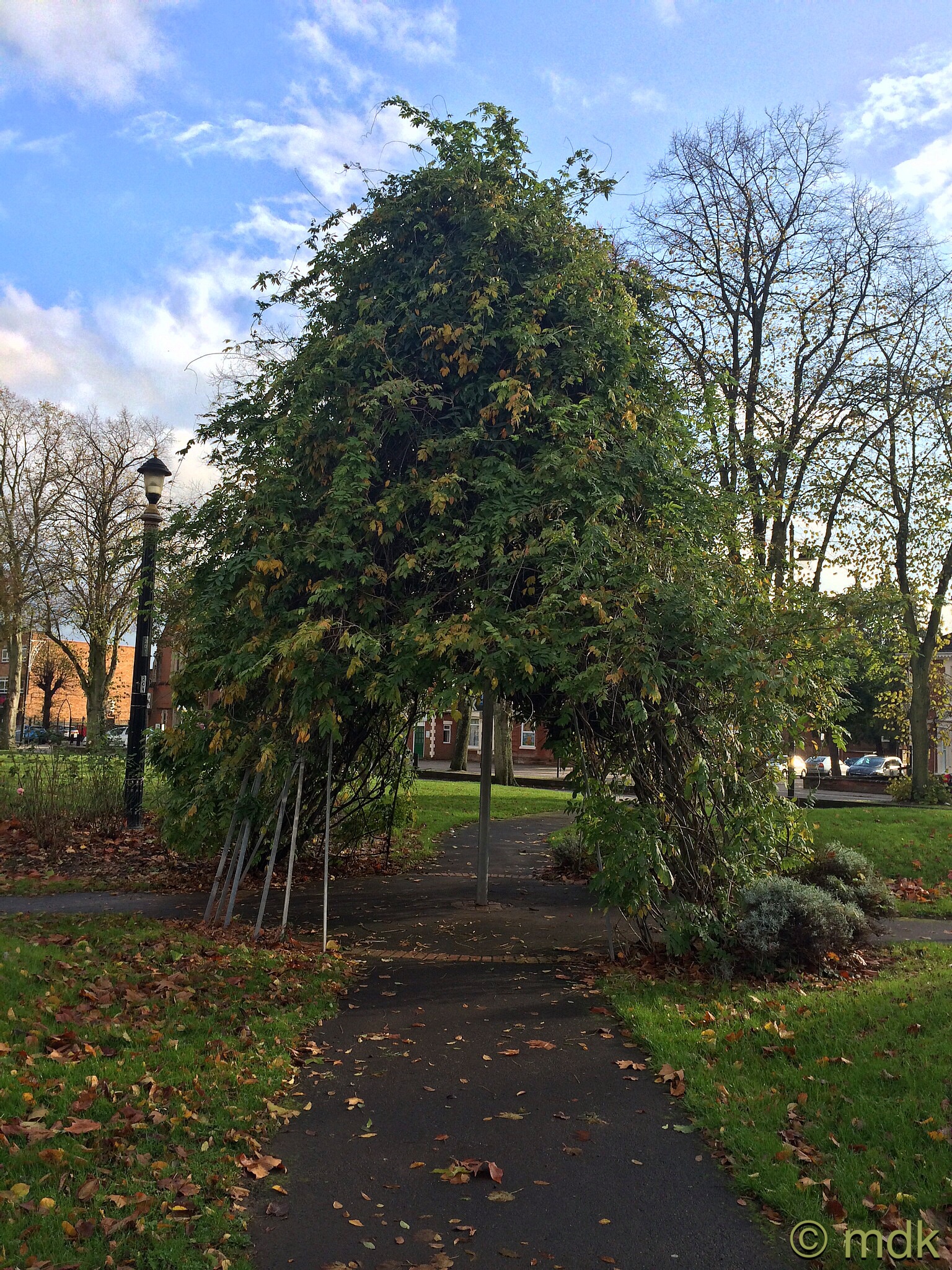 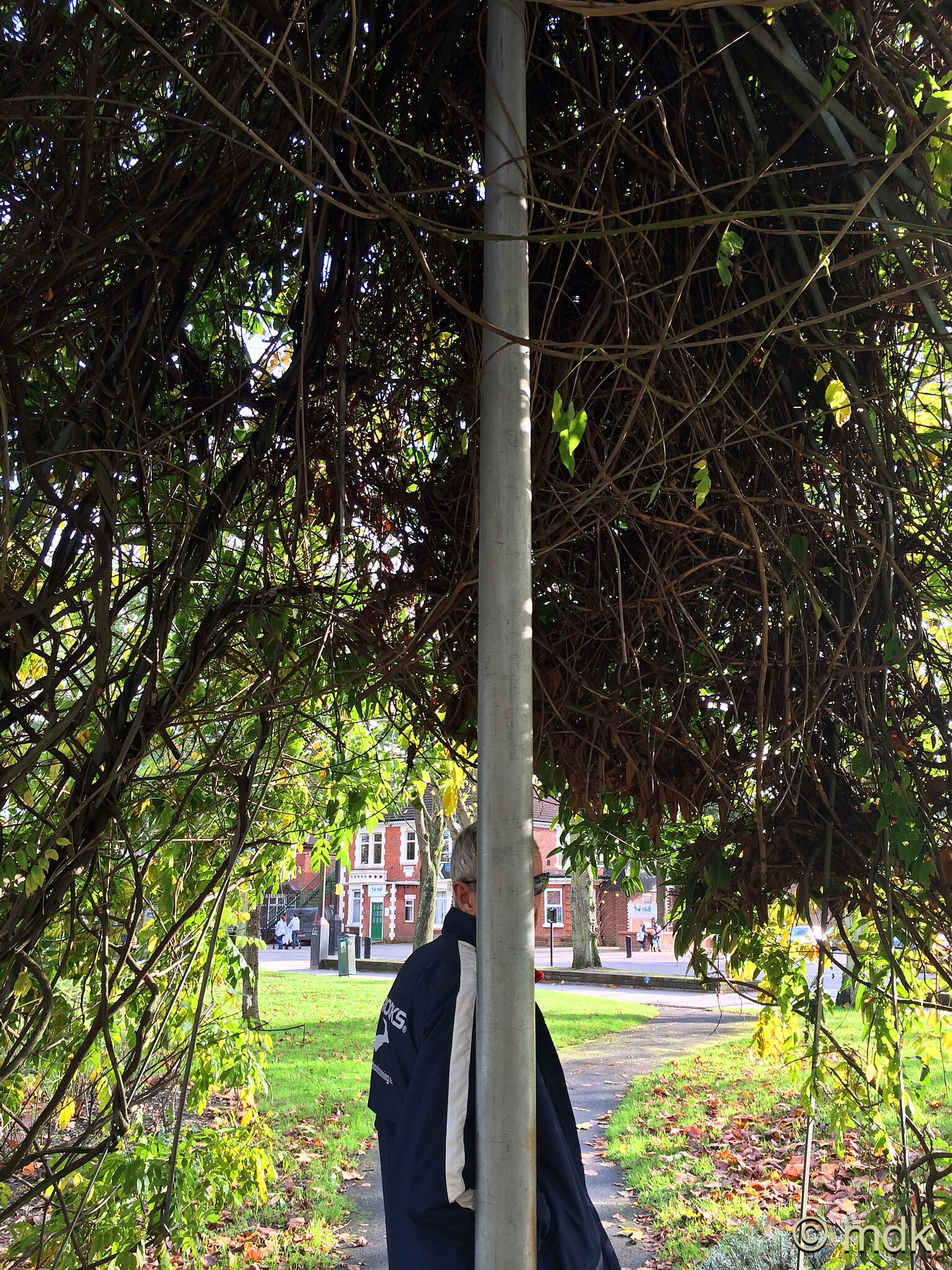 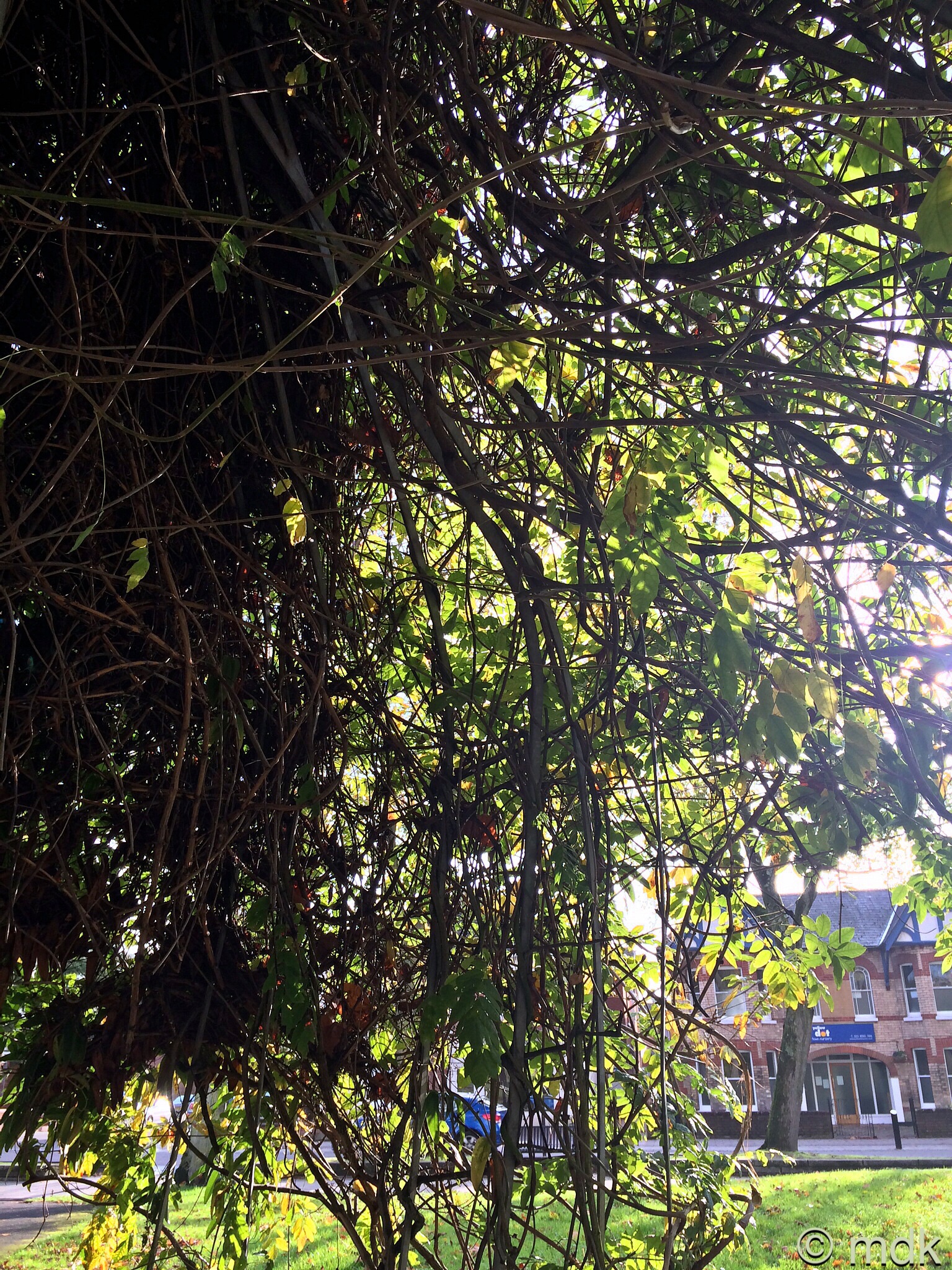 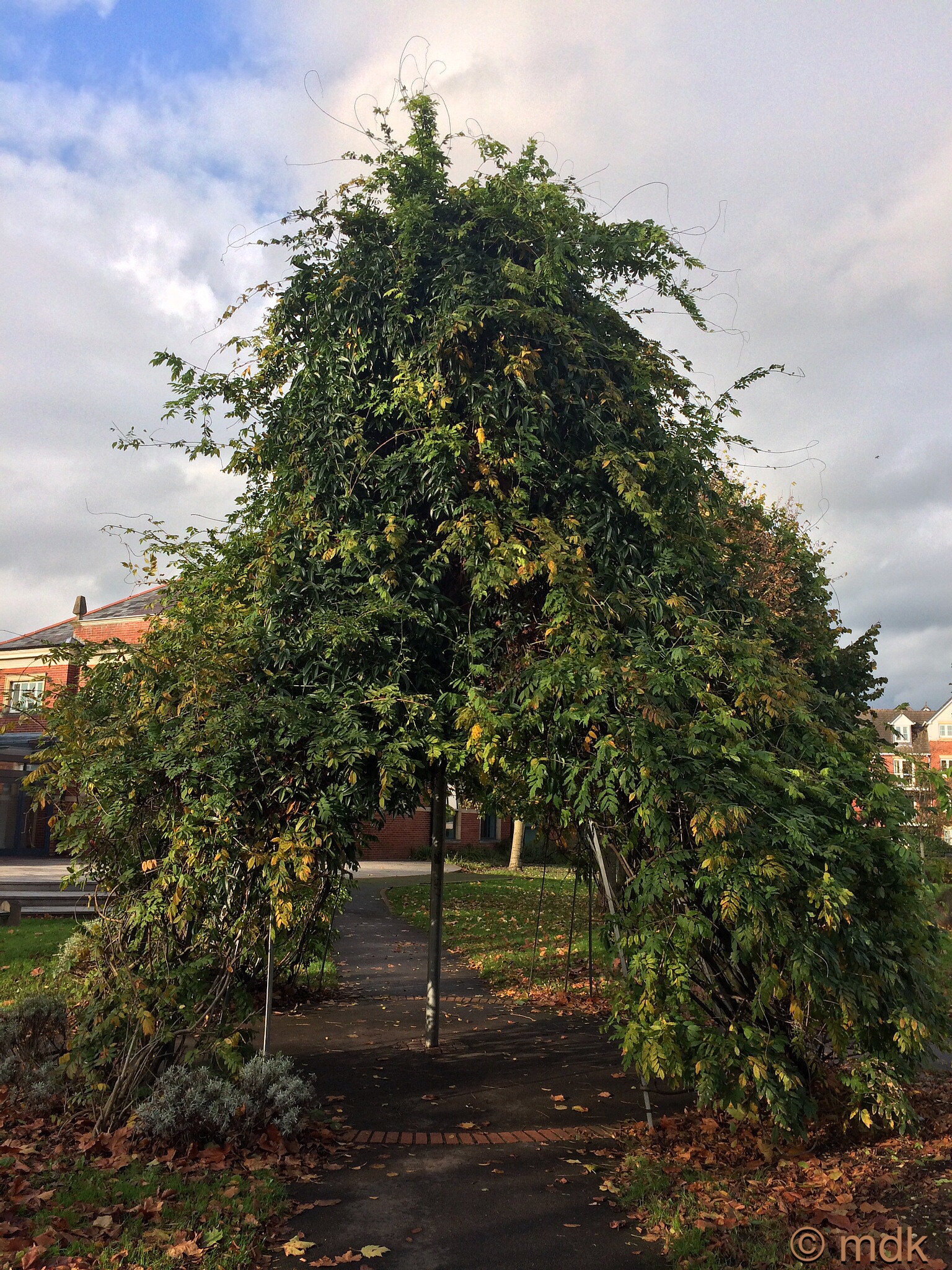 During World War I it was used as a field hospital and the war memorial was erected in 1923. Fitting then that we should come here to see the wreaths and cards. We walked through the park, under an interesting wisteria arch that must be stunning in summer and along to the war memorial. The clouds were dark and brooding and the memorial quite beautiful, surrounded by clipped box hedges and topped with a bronze angel. The base of the memorial was filled with poppy wreaths. We stopped to read the cards.
“There are so many stories here,” Commando said. 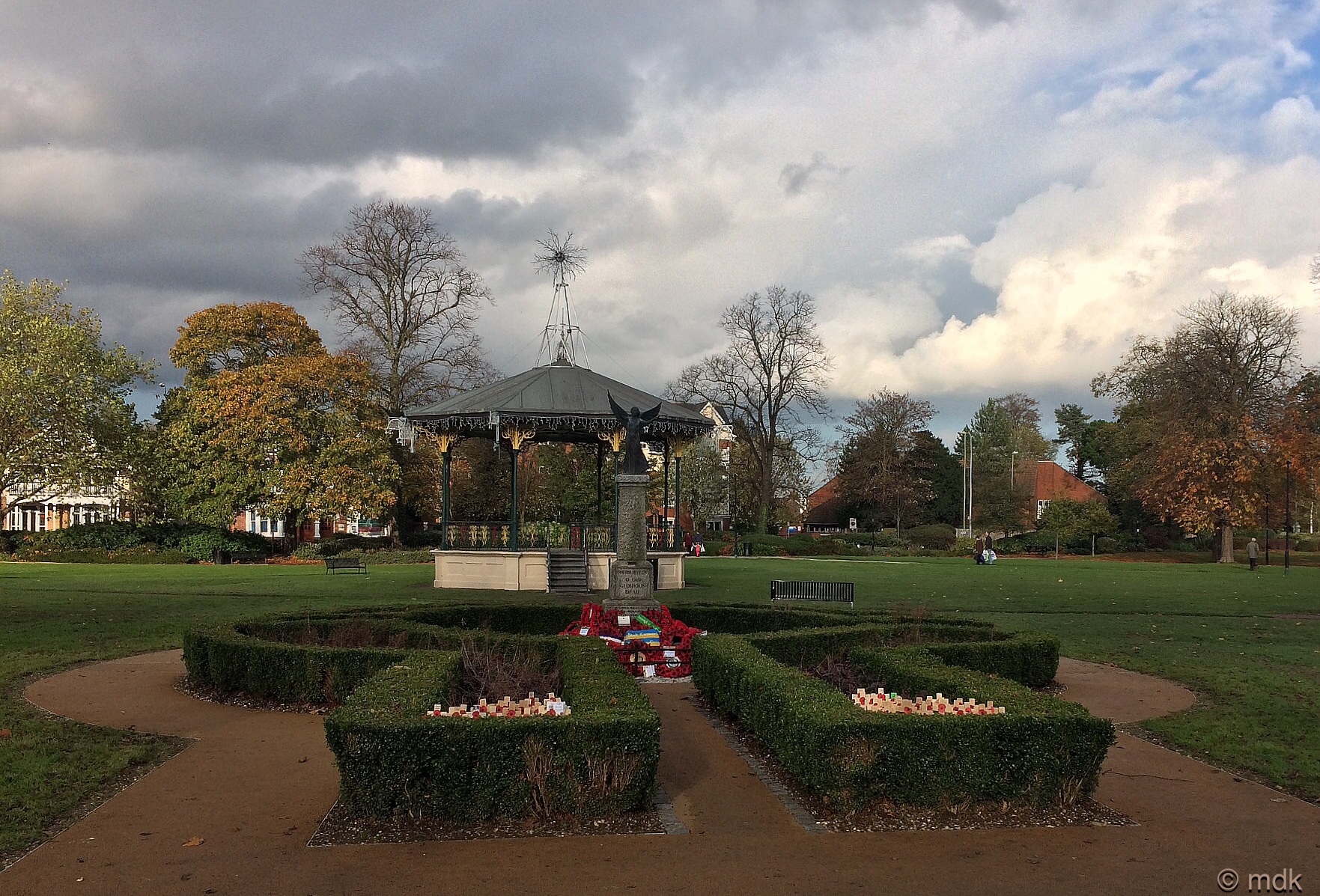 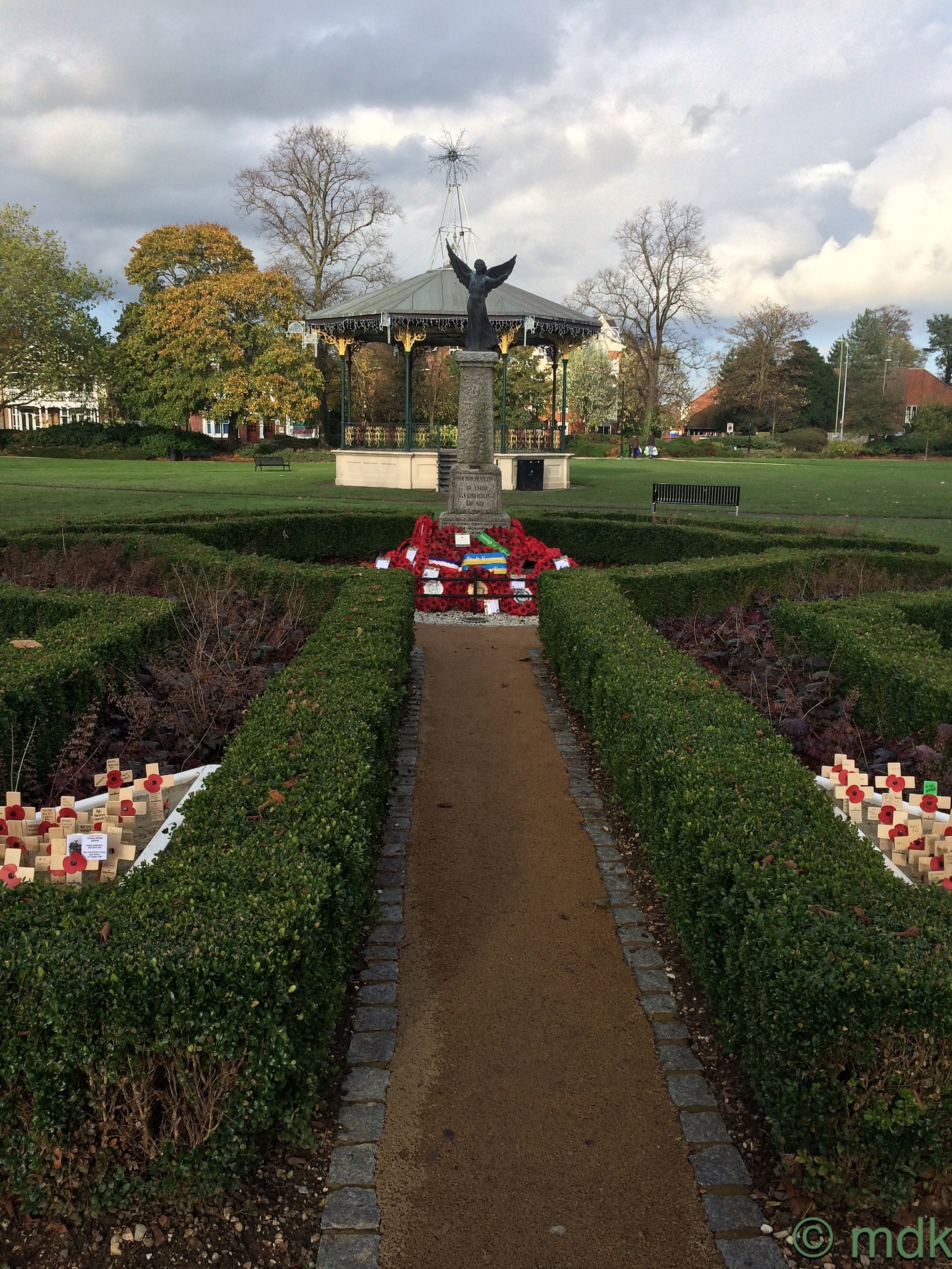 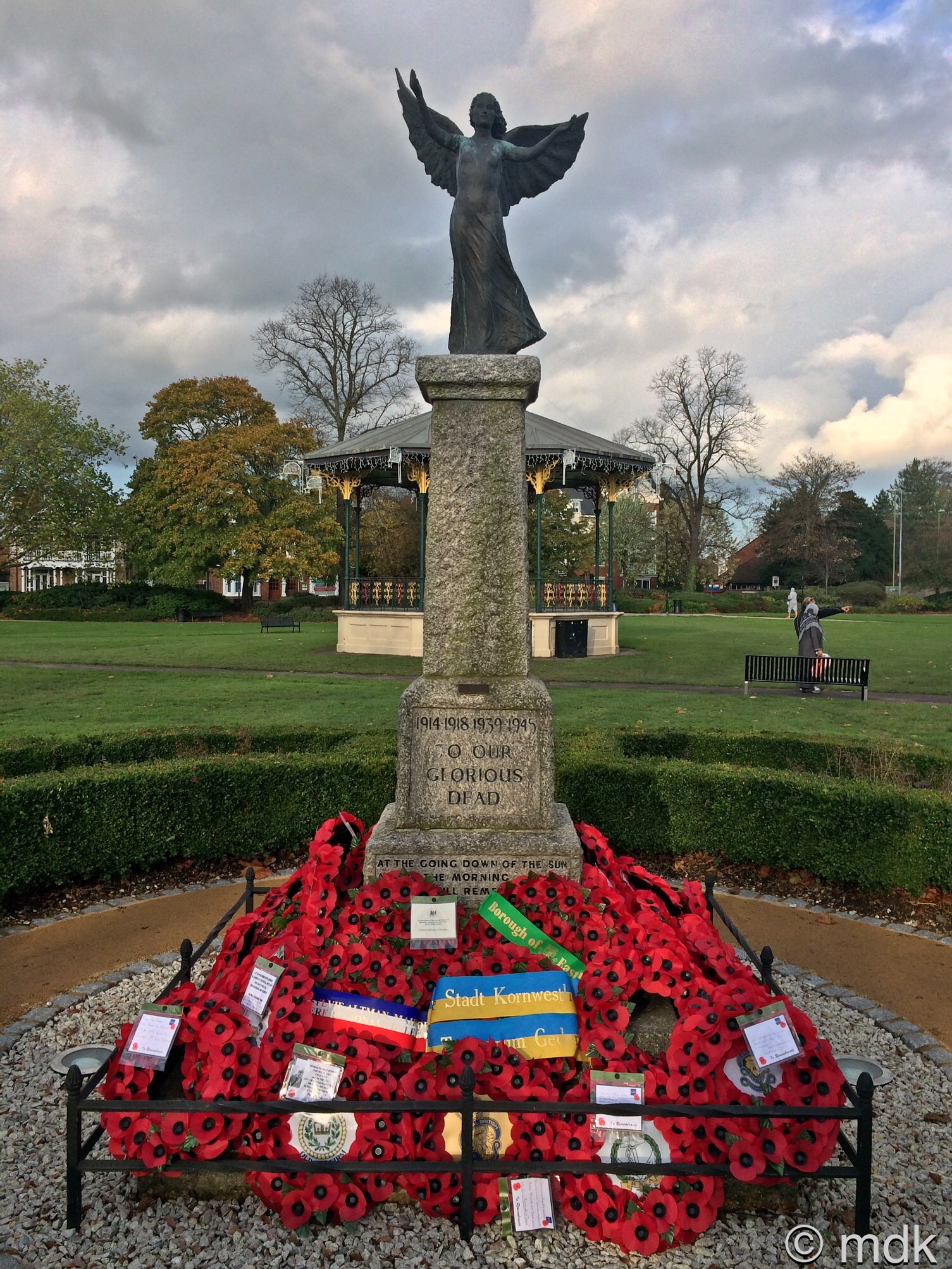 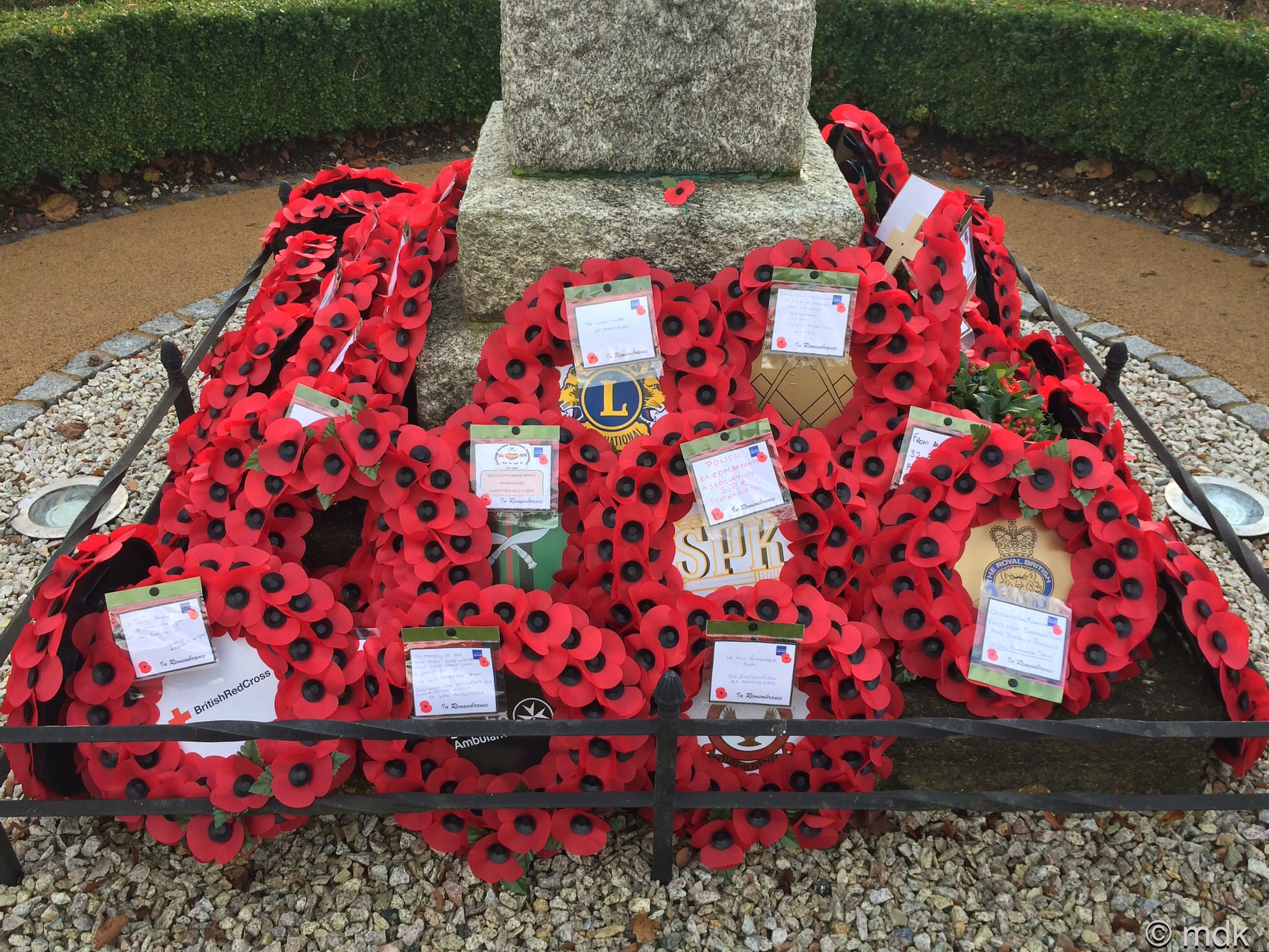 For me Remembrance Sunday is always about one story though, the story of a soldier in the trenches during World War I. His name was Thomas John Haley and he was my grandfather, otherwise known as Pappy. When I was a child he lived with us so I spent a lot of time with him. He didn’t talk too much about the trenches but I knew he was there amongst the mud and bullets. He taught me the songs they used to sing. On winter’s days we’d sit beside the fire and sing, ‘pack up your troubles in your old kit bag,’ ‘it’s a long way to Tipperary’ or ‘Mademoiselle from Armentieres.’

It wasn’t until I was ten or eleven that I learned his war story, or part of it anyway. He had a carbuncle on his back and Mother had to put ointment on it. That was when I saw the scar, a horrific looking cross about five inches by five on the left side of his back. Of course I asked about it and, slightly reluctantly, he told me.

In the trenches night was the busiest time, a time when men could move about more freely and get things done, things that were, during the day, too dangerous. The mud was everywhere and the stench of dirty or dead bodies. Clothes were filthy, the seams alive with lice. Occasionally, when there was the chance, they might manage to wash a few things.

On this particular night Pappy had done some washing and, in the act of hanging it to dry, the face of his luminous watch caught the attention of a sniper. The bullet went through the left side of his back. He didn’t talk about pain. Instead he spoke of the bare wooden boards of a hospital train and a journey across France to a field hospital. There they removed the bullet, along with his left lung. Against the odds he survived but his war was over. The ordeal turned his hair white, although he was only in his early thirties.

His is just one story amongst far too many and, unlike so many others, he lived to tell the tale. It was supposed to be the war to end all wars. Sadly, it wasn’t. On the eleventh hour of the eleventh day of the eleventh month we must remember them and the terrible sacrifices they made for our freedom.