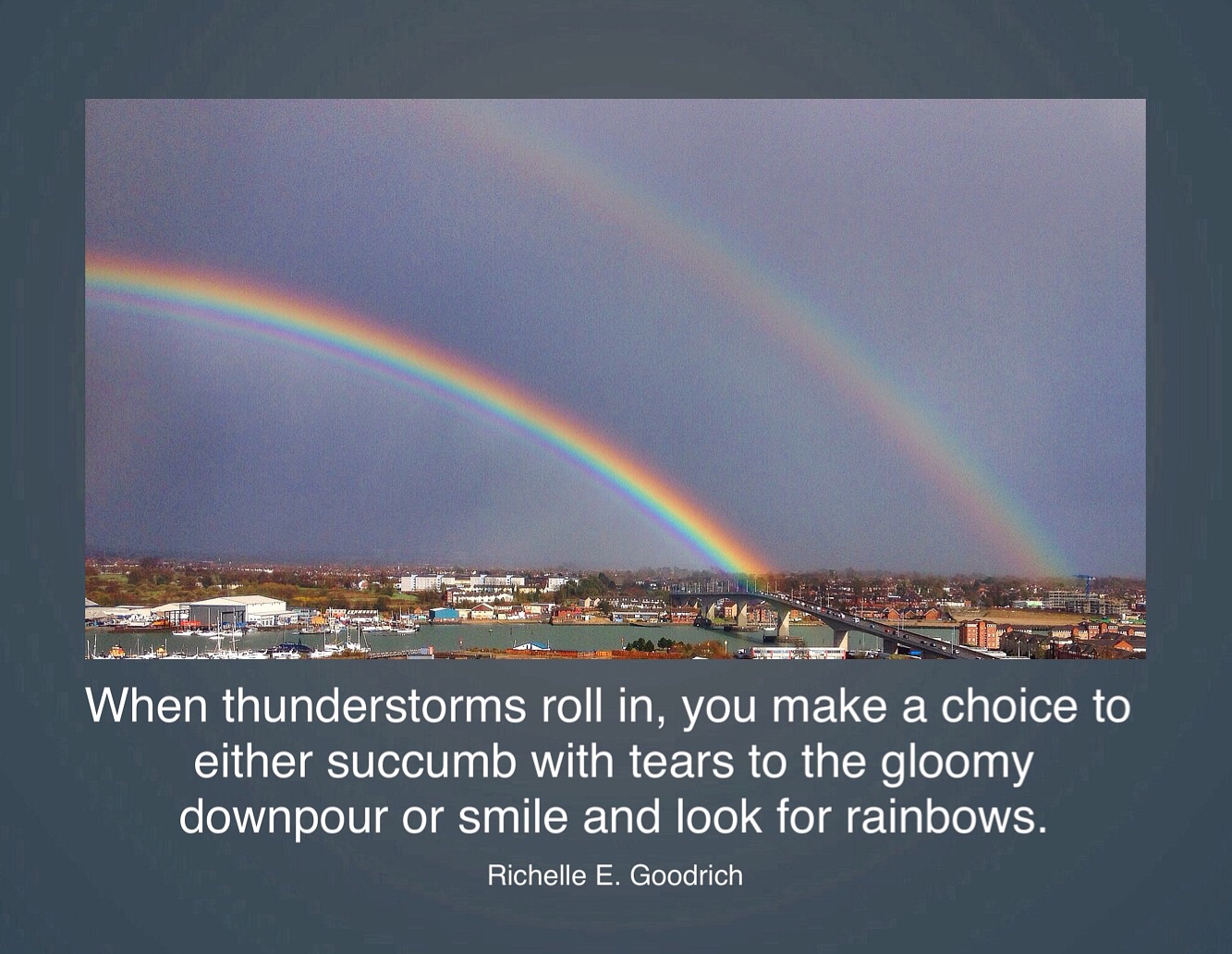 In the middle of April, feeling unreasonably guilty that my friend Gigi was being made redundant, I was bogged down with a to do list that seemed to be growing by the second. Even so, I wouldn’t have traded jobs for the world. On top of my office workload, I had the tricky problem of what to do about my Moonwalk bra. In truth,  I’d have like a few extra hours in my day. As it was I made do with a sign from above.

Gigi joined me for the walk to work this morning and a windy old walk it was too. Blowing in our faces all the way over the Big Bridge it took our breath away and even stopped us chatting for a while. Most of the talk was about what Gigi was going to do once she leaves Silver Helm, not that she knows. She’s worried about getting another job, especially a decent one with part time hours and I feel kind of guilty that, at the moment anyway, I still have a job while hers is coming to an end. This is especially poignant because she was the one who recommended me to Arabella in the first place.

The morning was a manic rush to get things ticked off the long, long list before Arabella gets back on Monday. There was a music licence contract from last spring that had to be found because it’s due for renewal. Arabella was sure she’d seen it amongst the mass of paperwork left rather randomly by my predecessor whose filing system is totally unfathomable to me and seems to consist of putting things in plastic wallets in the desk drawer. I spent a good hour and a half going through every single one to no avail but I did at least end up with a reorganised drawer at the end of it and a full bin. After that I resorted to the row of box files lined up on my desk. Eventually I found it in the box file with the film stuff, obvious, not. I can see I’m going to have to go through all those box files at some point and create some semblance of order.

Then there was the entertainer travelling out on the cruise after next whose booking hasn’t been processed for some reason. He’s showing on the manifest but no cabins or flights have been booked. This is not good, especially as there are no flight seats left. Thankfully Alice more or less sorted that one out. Thank heavens for Alice! I had a quick lesson in how the river cruises work after asking a question that made sense to me but, knowing what I now know, was rather stupid. Everyone forgets I have only been there for eight months and that there is a huge amount I don’t know.

At lunch time I took advantage of the sun and walked up to the very top end of town to check out the fabric shop. The idea was to see if there was anything in amongst the sundries that would give me ideas for the Moonwalk bra decorating marathon that is going to have to happen fairly soon. I did come out with a bag of assorted bits and pieces but I still have no real idea what I’m going to do. This could end up being the lamest Moonwalk bra in history. Clutching my bag of sequins, glue, cotton, fringing and shiny stars I went back to work via Starbucks. It isn’t my favourite coffee emporium but it was the closest.

It would have probably been wiser to stay in the office and work right through because I really had too much to do to take time out but sometimes you just need to get away from the desk for a while. I did get a nice walk in, just under one and a half miles and burnt off one hundred and fifty calories which is way more than there is in the skinny latte.

The afternoon was another mad dash to get things done. The list isn’t actually filled with ticks but the most important things are done which is good. I’m sure Arabella doesn’t expect everything to be finished, does she? To round off the day I decided to work on the stats and the passenger comments. They’ve been sitting in my in box for over a week calling to me and it’s a fairly simple task. The comments are always fun. One was from a self published author who was cross that we’d declined to stock his book on board. We do not sell books on the ship so that was never going to happen. The book was, apparently, his own paintings of scenes relevant to some of the cruises, he’d taken a copy on board and shown it to other passengers who’d pronounced it ‘wonderful.’ He ended by saying we were all stupid for refusing to stock this piece of literary and artistic genius. Seems to me he could be just a touch delusional about how great it actually is. After all, if an author thrust a copy of their book of paintings in front of me on a cruise, I’d probably smile and politely say how nice it was. If it really was that great I don’t think he’d have to tout it round like that but perhaps I’m being a tad harsh.

At about four o’clock I went to the kitchen to make a coffee. Grace was out there opening bottles of wine. This is, apparently, a fairly regular event. The COO had bought them to celebrate the new brochure launch. As we stood there the heavens opened and heavy rain pounded on the windows behind us. With the wine poured, I took it round on a tray and everyone gathered to toast the new brochure. I stuck to the coffee I’d just made because I’m really not a drinker and I wanted to keep an unclouded head as I still had a lot to get through. While we were standing around drinking and congratulating ourselves Grace suddenly said, “Oh look, there’s a rainbow.”

Everyone piled into the COO’s office to have a look. It was spectacular, a wide and vivid double arc of colours, possibly the best rainbow I’ve ever seen. Everyone grabbed their phones and started taking photos then we all dashed out onto the walkway outside his office. This is a kind of semi outdoors area with a view right over the river and the Itchen Bridge, a bit like a patio but, as it’s on the fourteenth floor, it has widows to stop people falling off or jumping. Unfortunately the windows are the kind with squares of wire running through so the photos I took are not the best, although I did manage to get one by putting the phone right up against the glass with the lense between the wires. Both ends of the rainbow were visible and it seemed to start from the centre of St Mary’s Stadium and end in the middle of the New Bridge. We all took it as a good omen for the brochure.

The end of the day was spent manically printing out the latest schedules and scores for Arabella’s visit on Monday and trying to tie up as many loose ends as possible. I’ve come home with a bag full of papers to go through. Chances are I won’t even look at them over the weekend but I might. At least I’ve done my best to make sense of the muddle and the major stuff has been dealt with. There’ll be a whole lot more landing on the pile on Monday for sure. Lucky I like being busy.

Gigi and I were the last to leave the office at about six o’clock, both of us trying to get things finished. By then the sun was back out and it was really quite warm. Sadly the lovely rainbow had gone. We joked about looking for a pot of gold when we got to the middle of the bridge. We didn’t find one.