My walk along the shore had reminded me of the reason I’d signed up for the Moonwalk. Perhaps I needed that before the next walk, which would be a full marathon. In the end this was not about aching legs, painful knees, blistered feet or struggling to put one foot in front of the other, it was about raising money to help fight cancer. Now it was time to walk back and this part of the walk reminded me that nature is not always cruel.

Walking back along the walled path past the castle I turned my attention to the old stone wall. It’s very reminiscent of the old city walls so I guess it was built at the same time as the castle. The stones are weathered and covered in lichen and moss and, in little crevices, wild flowers have taken a hold, there was ragwort tiny groundsel and ground ivy springing up everywhere. 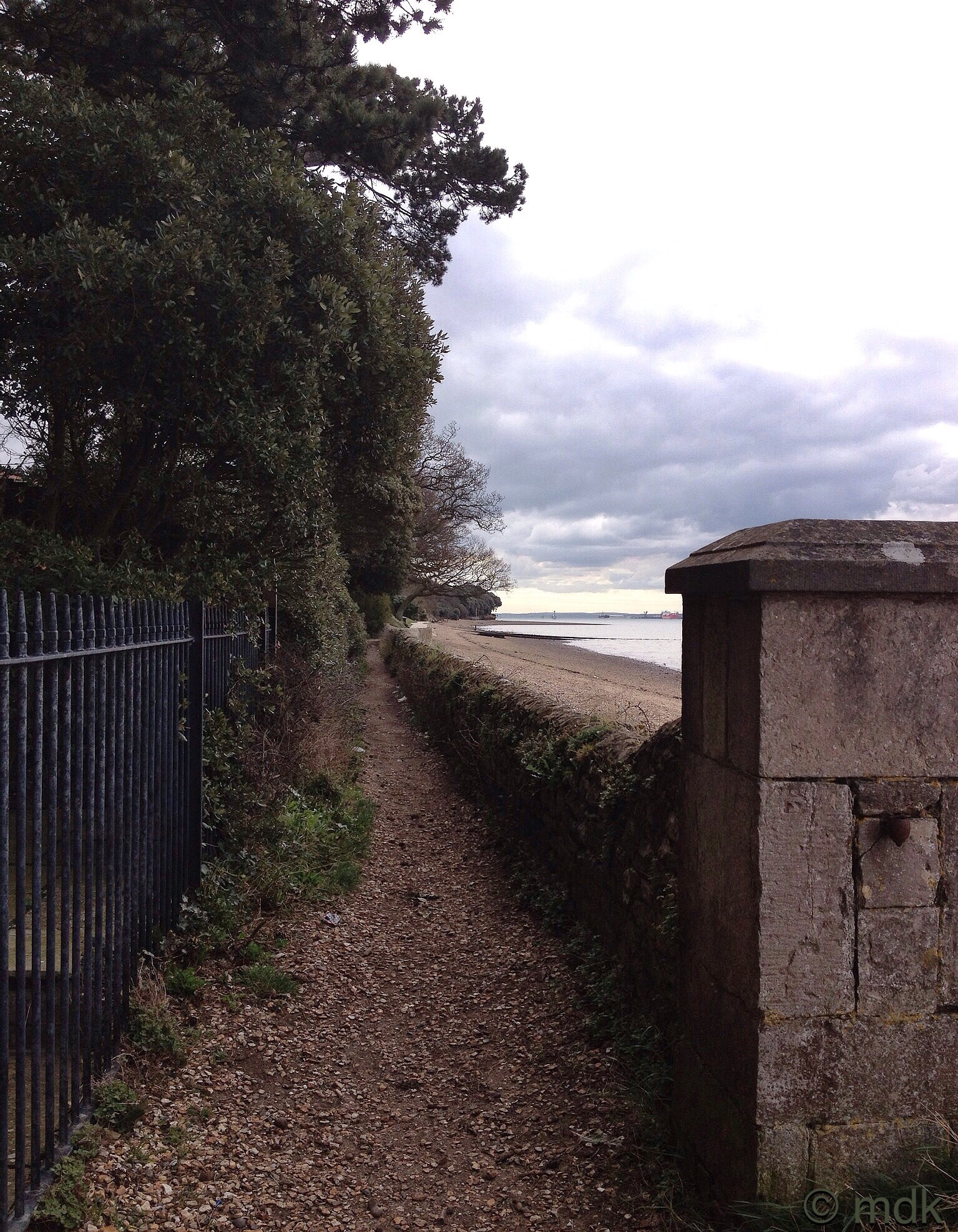 When I came back to Netley Sailing Club I Spotted two small cannon on either side of the wooden building there. I’ve never noticed those before, perhaps they’re expecting an attack. There was a small boat being prepared to go out, two men in wet suits messing about with the sail. Rather them than me in the strong wind. I had to take my hat off for fear of it blowing away. 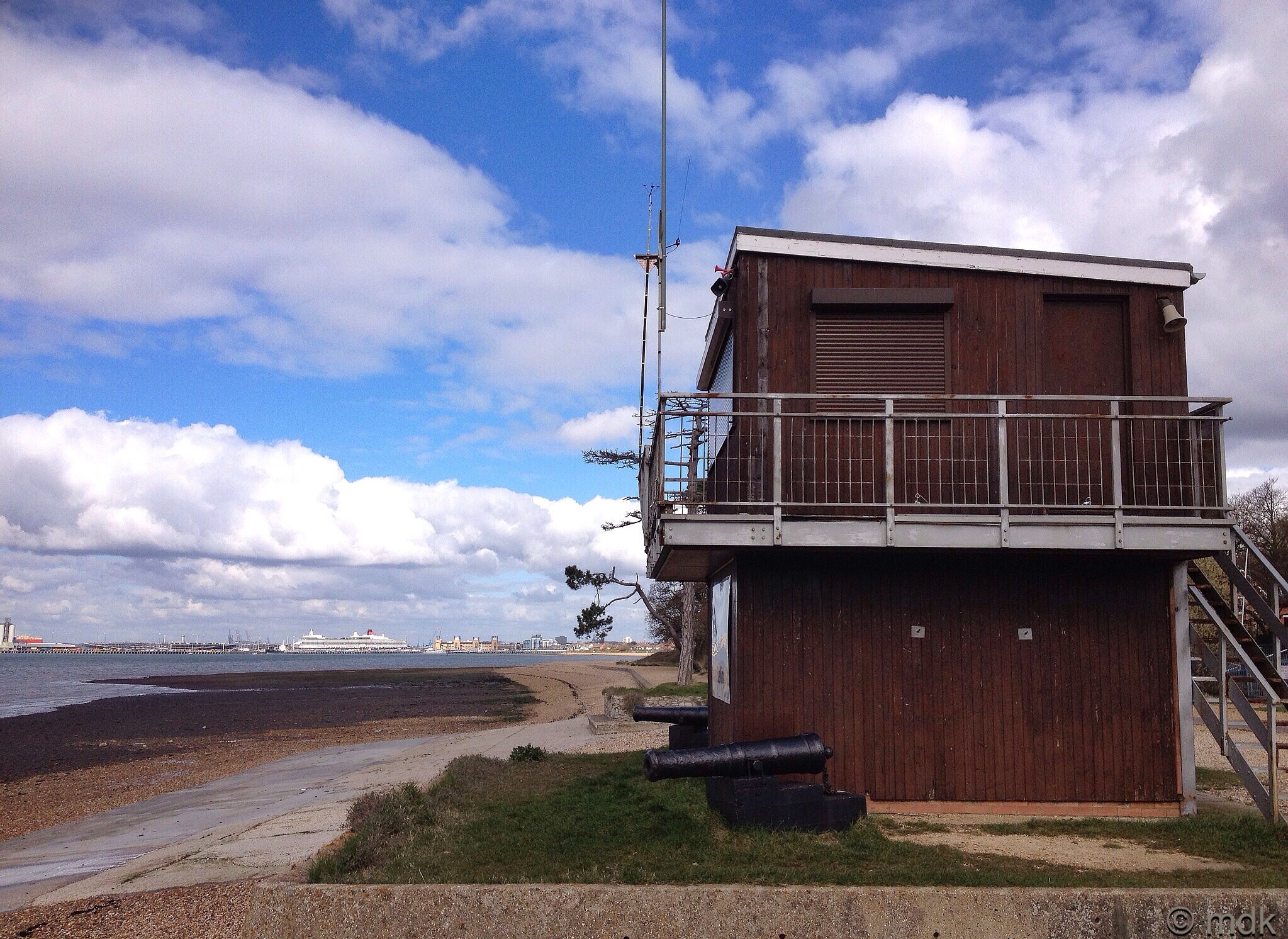 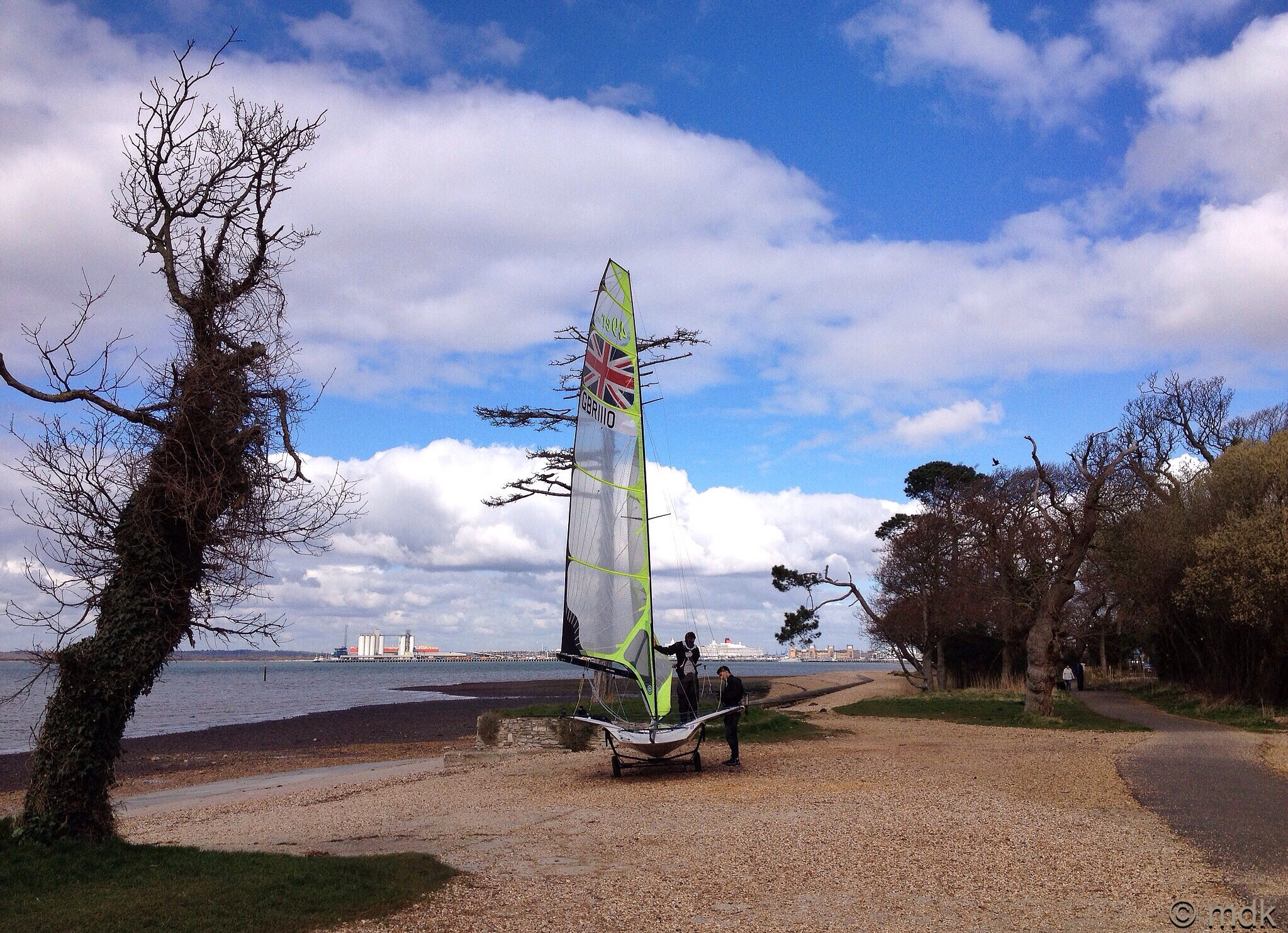 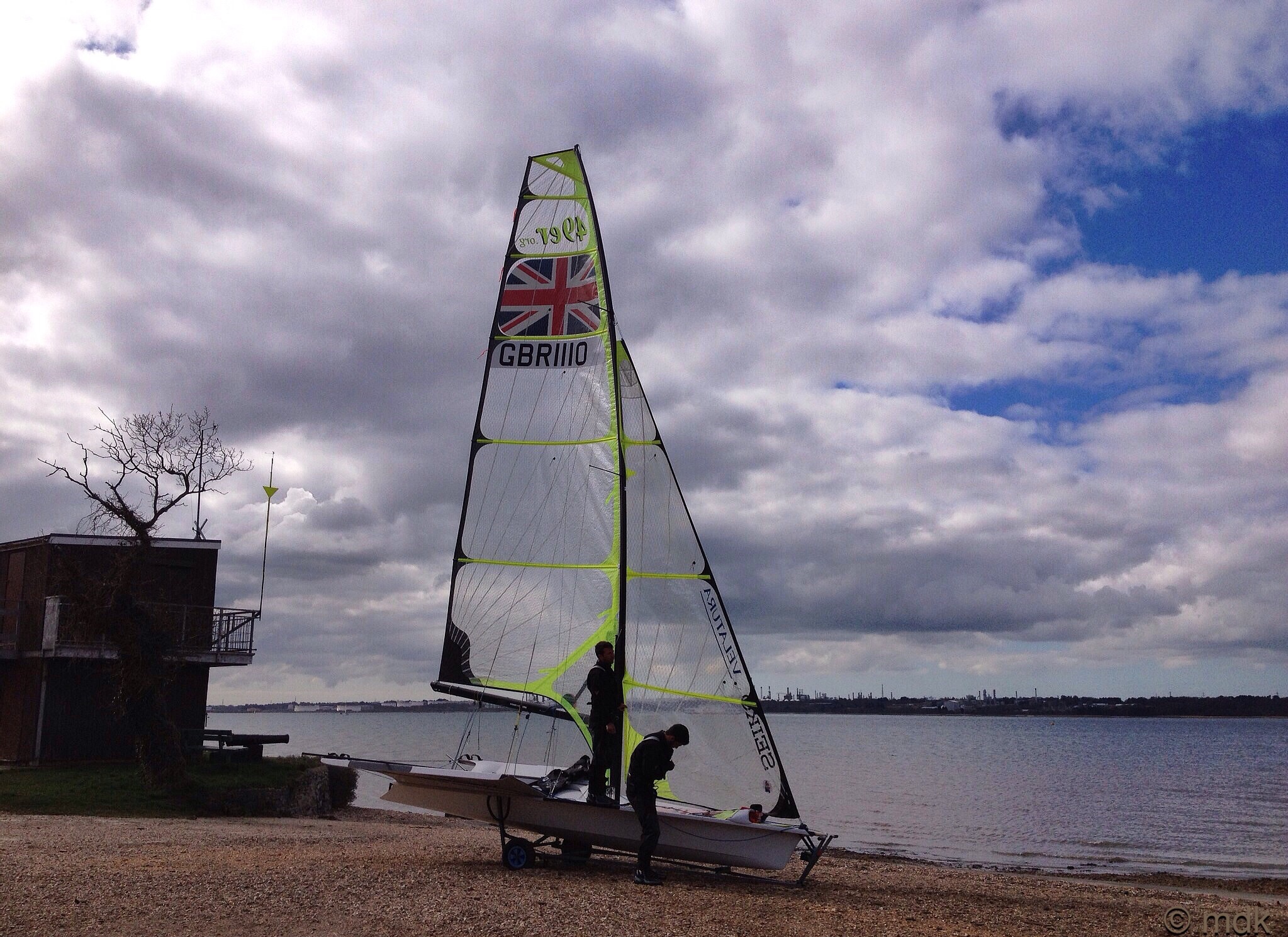 The big old oak at the beginning of the path was covered in galls. Small round, brown balls that made me think of Maltesers but that could be just the way my mind works. The galls are the tree’s defence to an attack by gall wasps, tiny little things you’d hardly notice who lay their eggs on the oak. The larva of the wasp eats its way out, sustained by the very thing that was supposed to destroy it. The wonder of Mother Nature never ceases to amaze me. In fact I was so amazed I completely forgot to take a photo.

All along the path the wildflowers were dotted amongst the undergrowth. The pretty blue flowers of green alkanet, yellow primroses, daisies and dandelions made little splashes of colour. Instead of going straight back to the promenade I strolled along the grassy foreshore. Here there were more flowers, some growing on the wall, others in the grass. Forget me not, little speedwells, pretty purple deadnettle, the rosettes of thistles and others I couldn’t identify. All these flowers got me thinking about the difference between plants and weeds. Seems to me a pretty flower is a pretty flower no matter what you call it and some of those weeds would be quite welcome in my garden. Actually, quite a few are in my garden, especially the blasted dandelions. 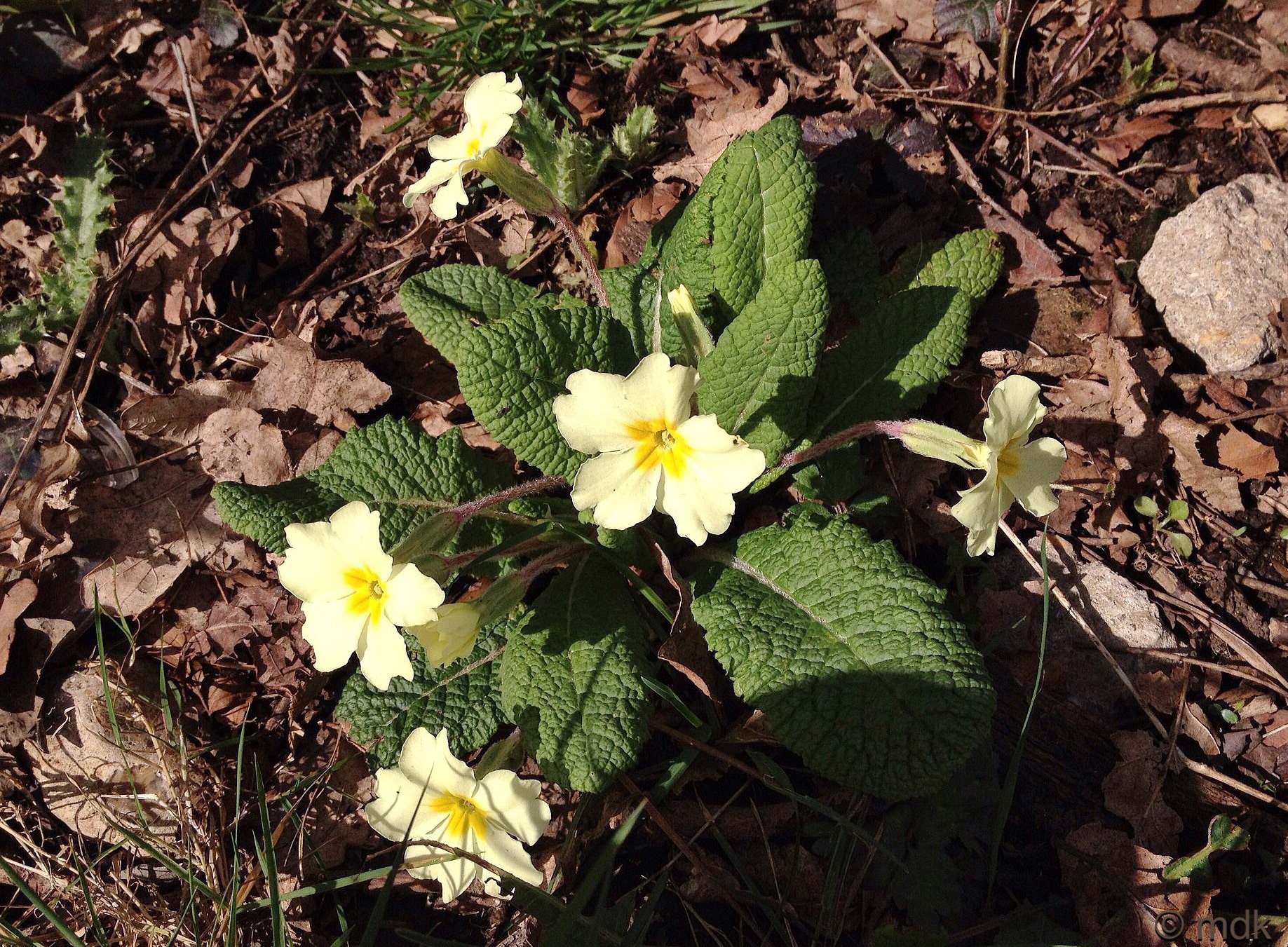 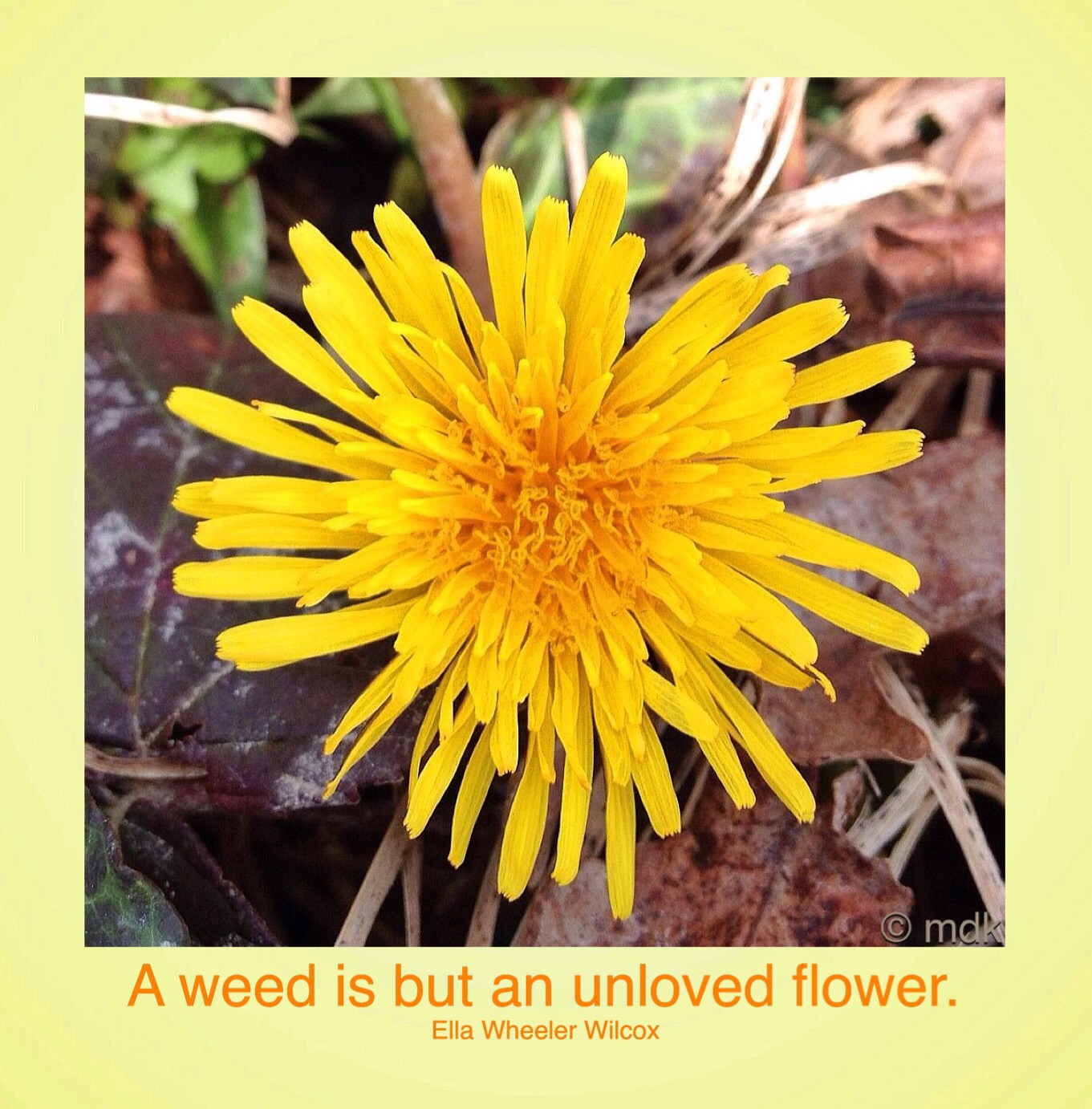 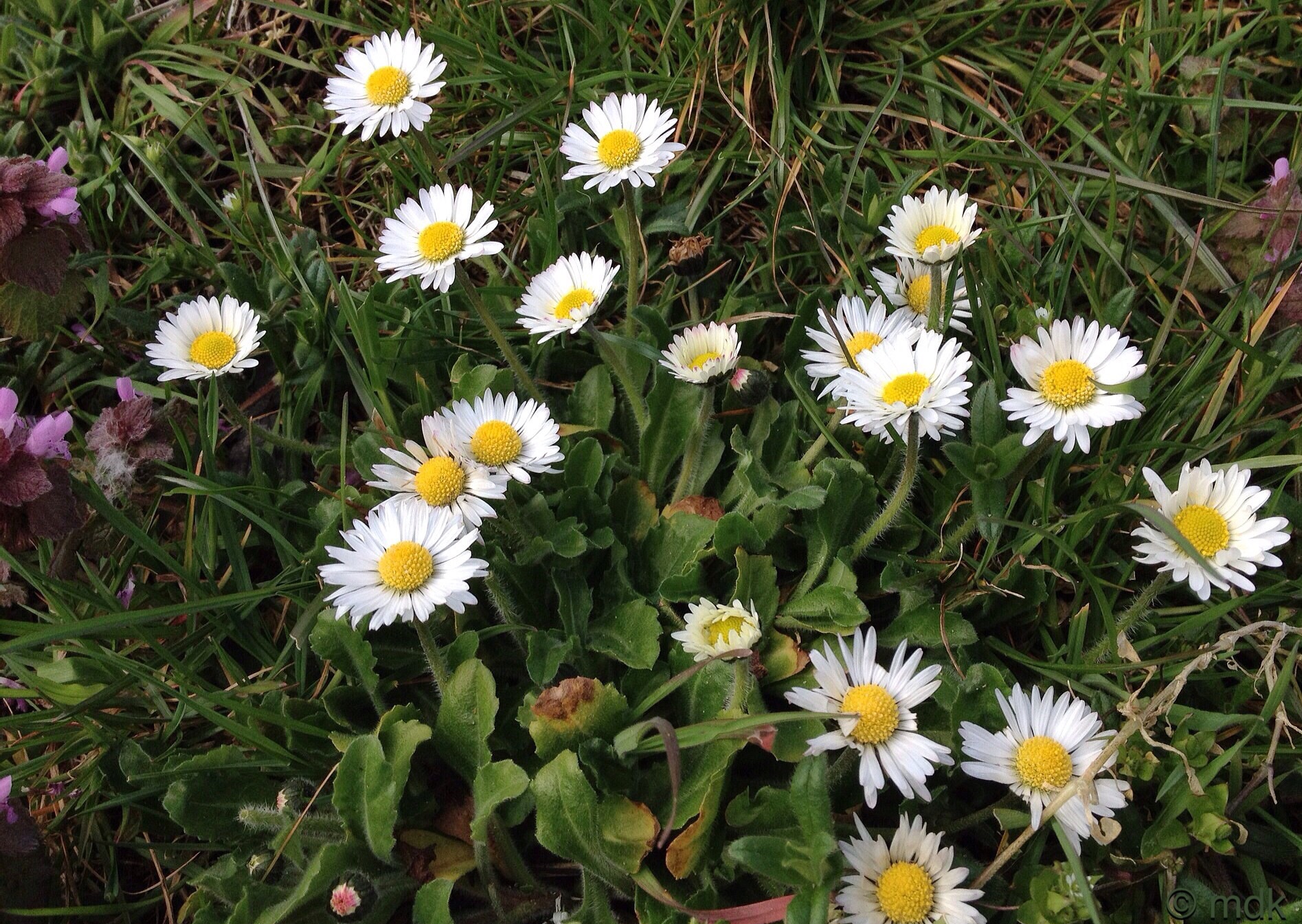 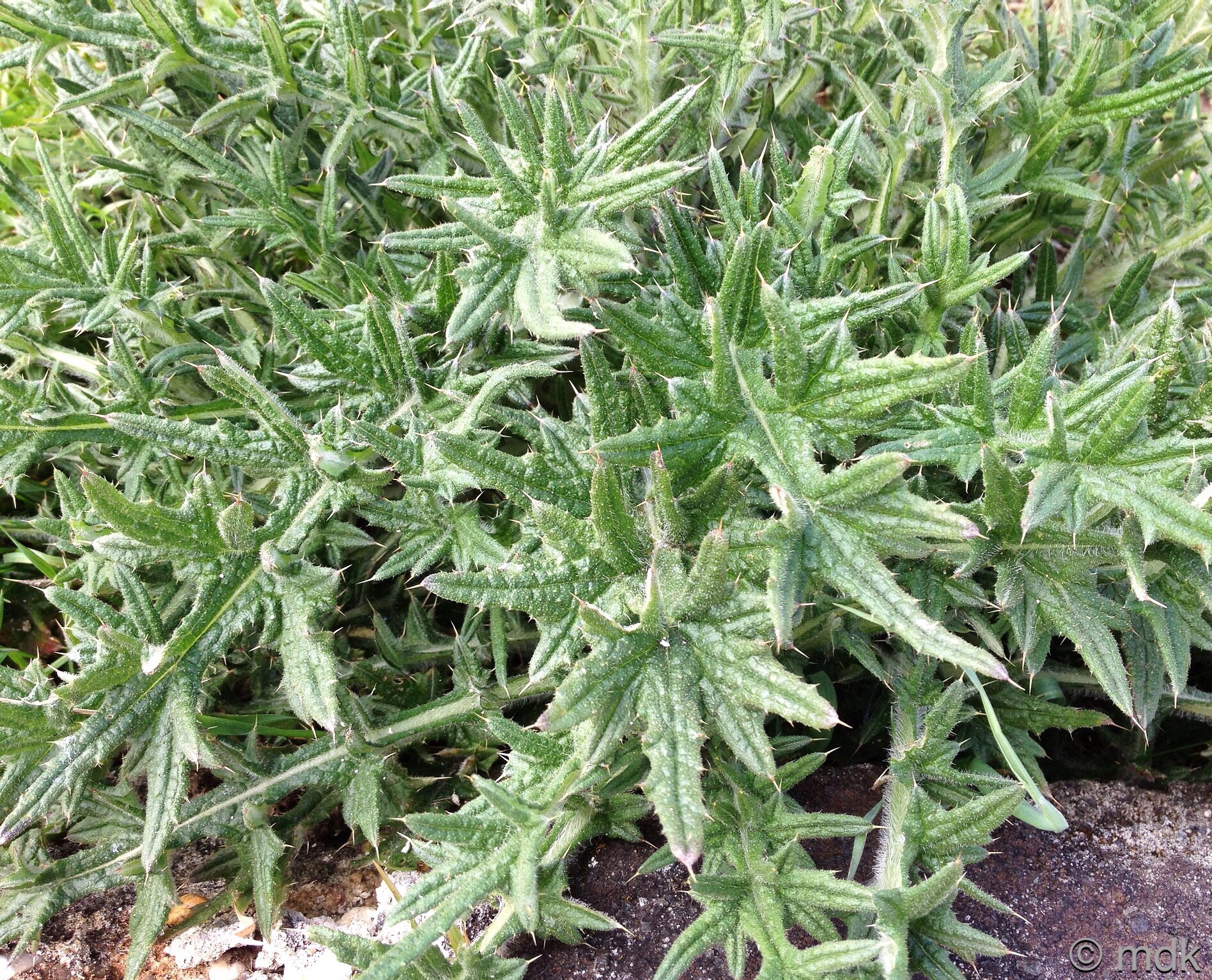 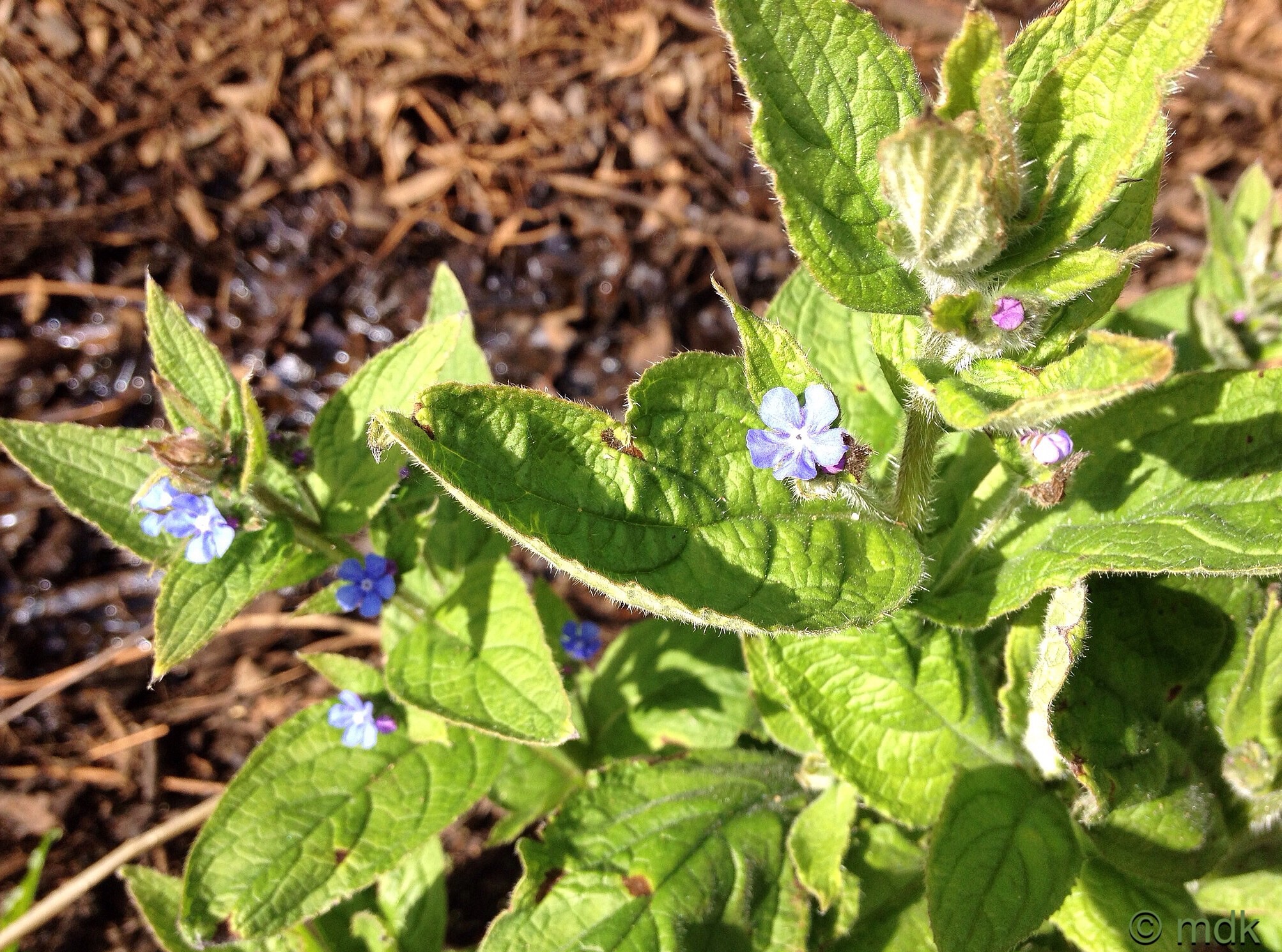 A black Labrador rushed up to me, wet from a paddle in the sea. He jumped up, leaving wet paw prints on my trousers and his mistress called out, “Louie, no!” She apologised profusely and, laughing, asked if I wanted to buy a dog. Louie ran along beside me for most of the rest of the promenade, dashing back and forth between me and his mistress who kept shrugging her shoulders and looking dispairing. I’m not a dog fan really but I couldn’t help laughing at Louie’s exuberance. He was a young dog and I imagine he wore himself out and spent the rest of the day sleeping on a rug somewhere. 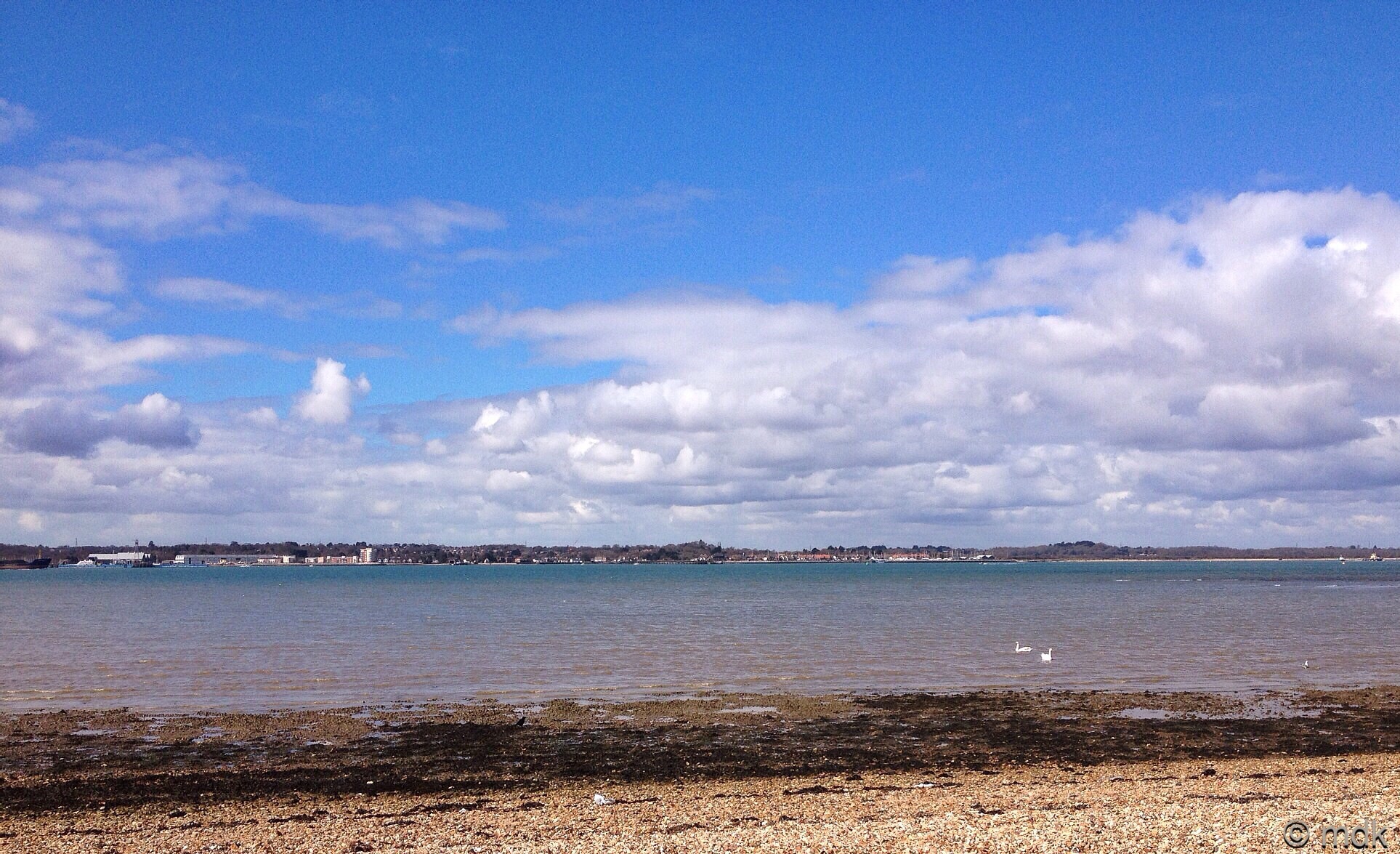 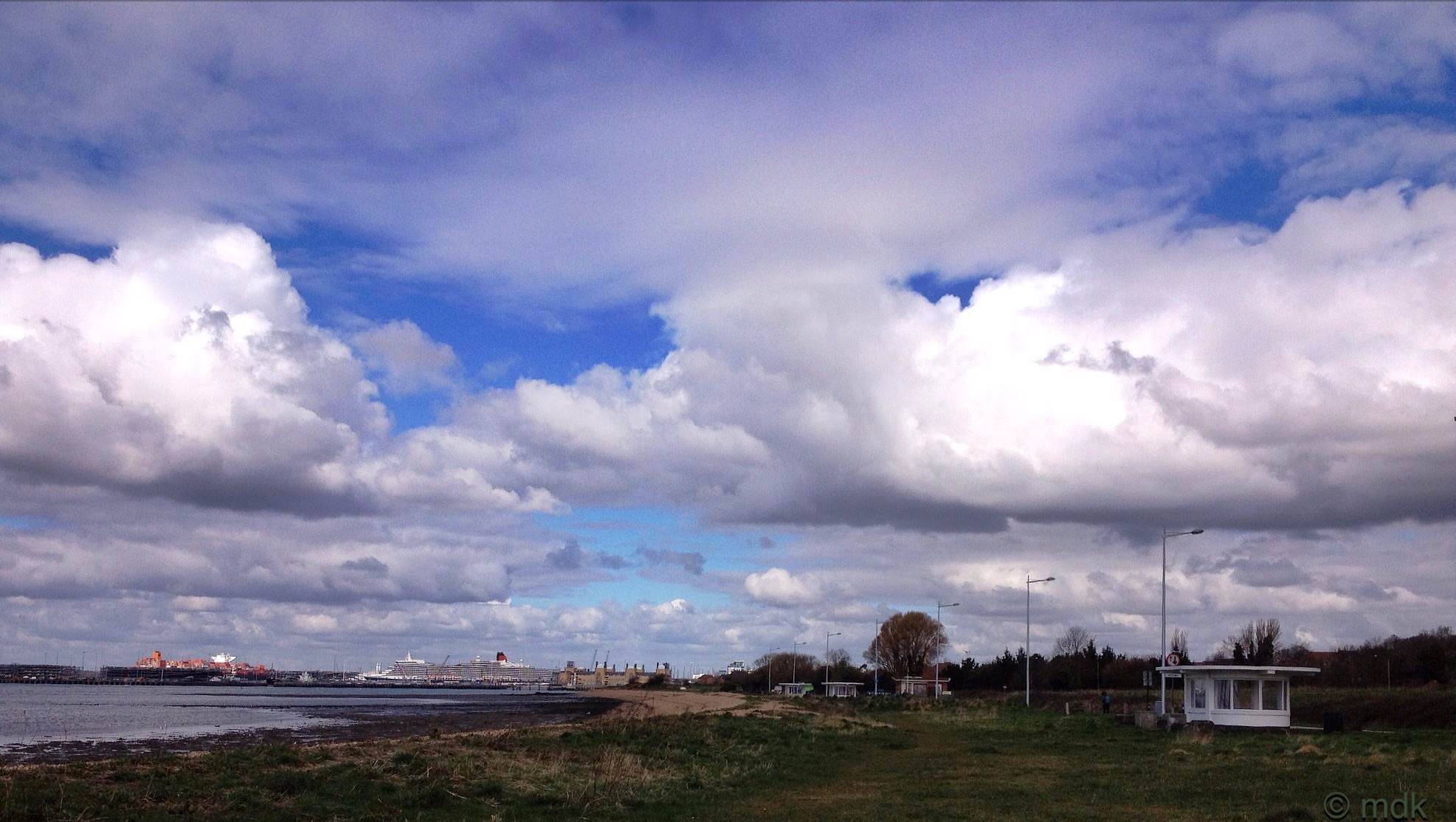 As I came to the end of the shore a couple were standing looking out at the gigantic liner docked across the water. I’d noticed her from way back, a huge white floating palace dominating the dock side. As I got closer I strained my poor eyes to try to see her name. I thought it was the Queen Elizabeth, Cunard’s newest ship, launched in 2010 and named by the Queen herself. When I got home I checked out the shipping movements and was pleased to see I was right, maybe my eyesight isn’t as bad as I thought. The sky line of the city changes with the arrival and departure of different ships, I wish I knew all their names like some of my colleagues seem to. Then again, maybe they just check the shipping reports more often than I do.

From there it was back through Woolston, up the long winding hill and home. Eight miles give or take and I never did see the woman who spoke to me when I passed the green on my way down. Oh well, maybe another day. Now there is just one more long walk ahead of me before the Moonwalk. It isn’t one I’m looking forwards to. It will be tough to make it through all those miles alone. There have been many times since I started this when I’ve asked myself why I put myself through it. The walk today was a timely reminder.