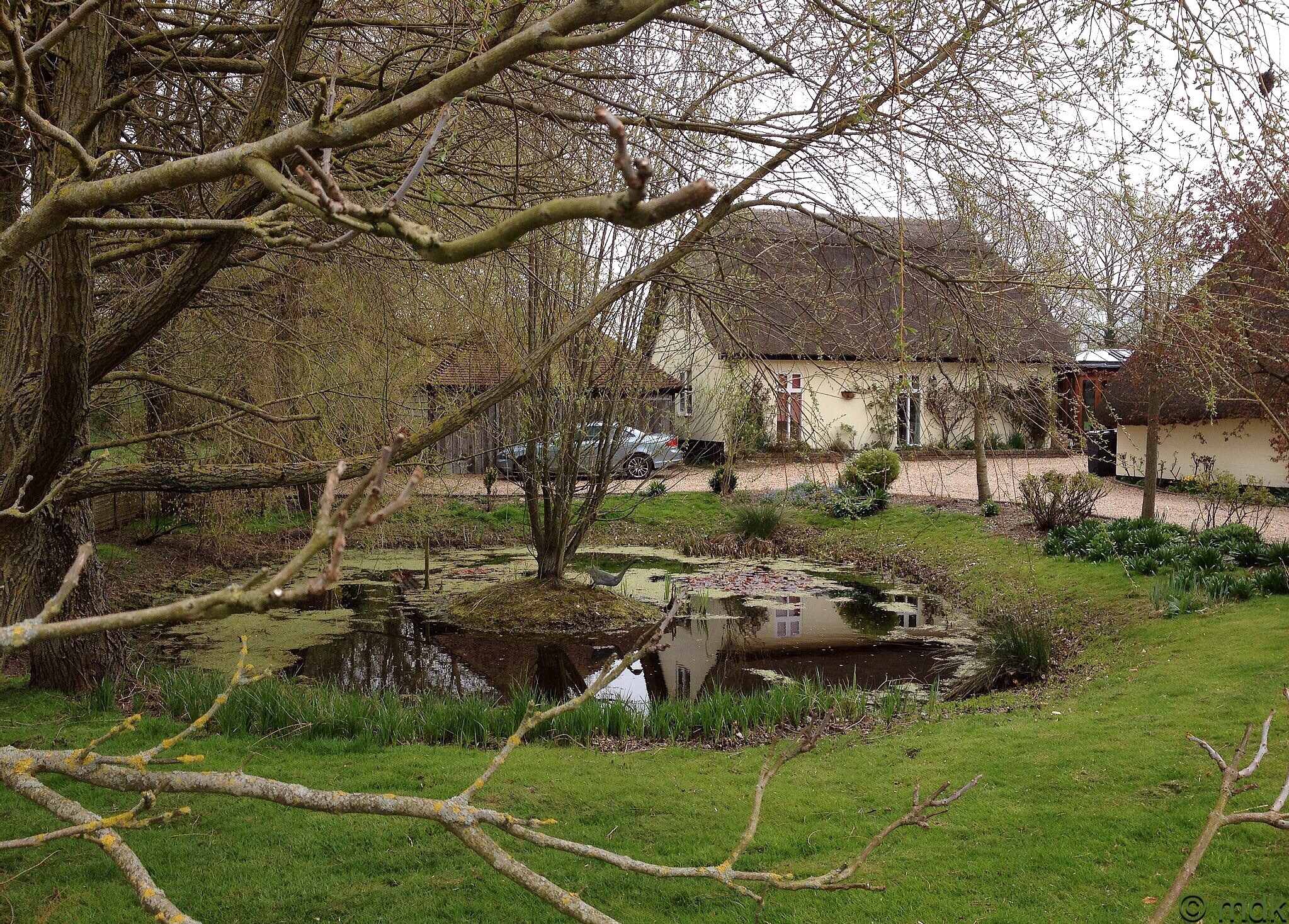 Despite my marathon walk on Friday, the walking wasn’t over for the last weekend of April 2013. Commando had a race to run and it was in an area I’d wanted to explore for some time. Of course I had to go along to cheer him on and have a little wander while he was running. Getting lost and getting wet were both distinct possibilities but when have I ever let that stop me?

There was no lie in this morning even though I still felt a little tired after Friday’s exertions. Commando had a race to run, the Houghton 11k. Quite why it was 11k rather than the usual ten is a mystery but it was a trail run taking in part of the Clarendon Way which I was keen to explore. It was also along the banks of the River Test. There are six main rivers in Hampshire, my own Itchen, the Avon, the Meon, the Hamble, the Beaulieu river and the Test. I’ve never walked along the Test so I thought it would make a nice change, plus I couldn’t let Commando run a race without me being there to cheer him on.

We drove through Romsey then out along winding country roads to the little village of Houghton. This was apparently the tenth year for this trail run and there were lots of categories, Commando’s 11k, three cycle rides, 31K, 14K and 5K and a 4k fun run. If I hadn’t had the final Moonwalk training this weekend I might have joined in the 4k and power walked but I think that might have been a step too far. The car park was in a rather uneven field belonging to possibly one of the prettiest little thatched cottages I’ve ever seen. In the garden a pond made a lovely centrepiece with a tiny island complete with a tree in the middle and a bronze duck (at least I think it was a duck) looking out over the lily pads. Oh to live in a house like that.

We walked from the car park to the village hall. As usual, we were early so we stood looking at another pretty little thatched cottage on the corner opposite, red brick with ivy growing up the walls and a lovely dark wood stable style door. I’m slightly in love with the idea of a thatched cottage I don’t mind admitting but I imagine the upkeep would be a lot of work and expense, never mind the fear of fire. 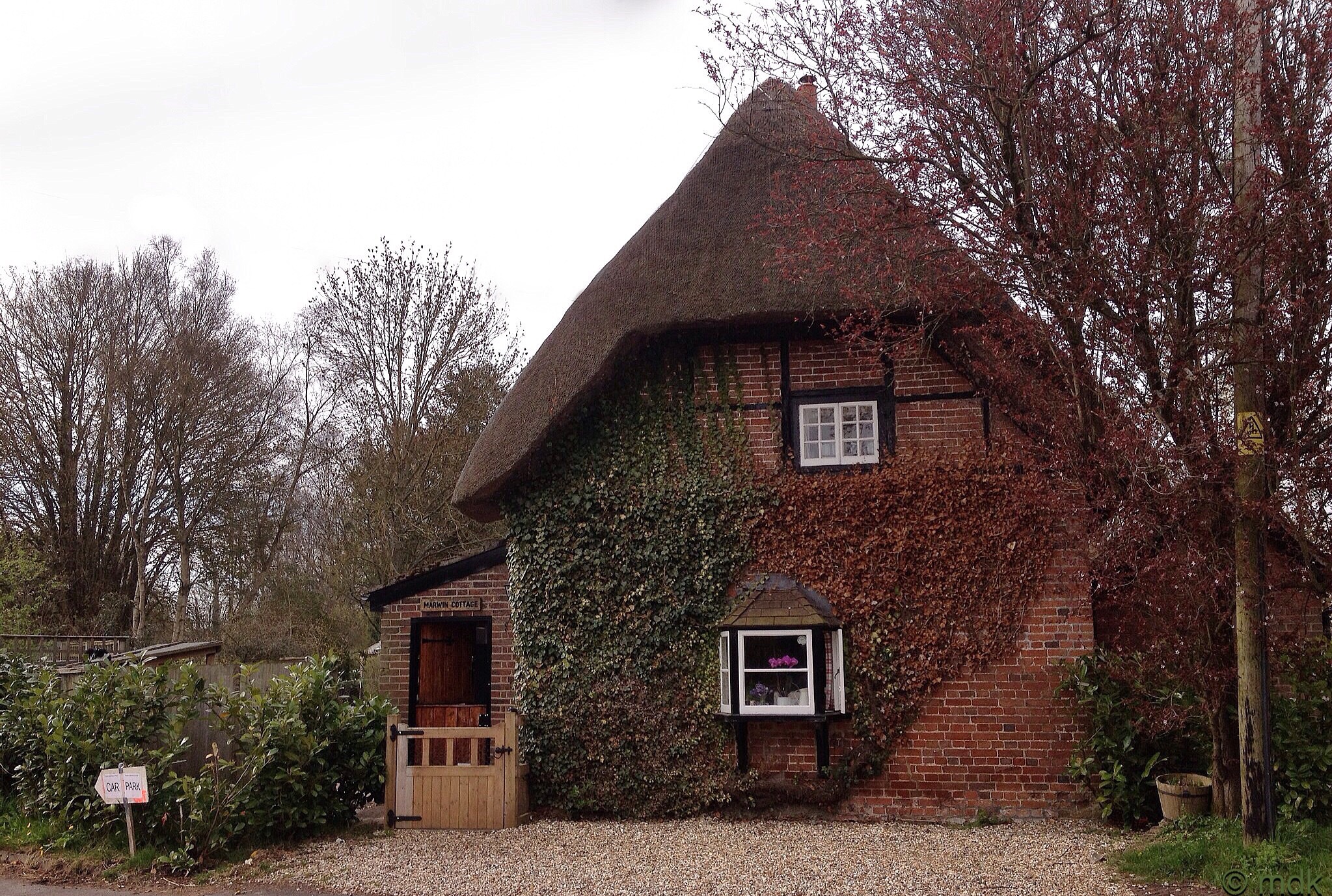 Once he’d signed in we had a little look at the first part of the course, a long rutted lane leading off into the distance bordered by high hedgerows green with new leaves. Just the sort of place I love to walk but not familiar territory for Commando at all. At least it wasn’t muddy. There was a cake sale to raise money for the village church, All Saints. All the proceeds from the race were going to the church too. It seemed rude not to have some cake, although possibly not the best of plans for Commando who would be running in less than an hour. In the end we both had a huge slab of rather nice coffee and walnut cake. What can I say, it had coffee? 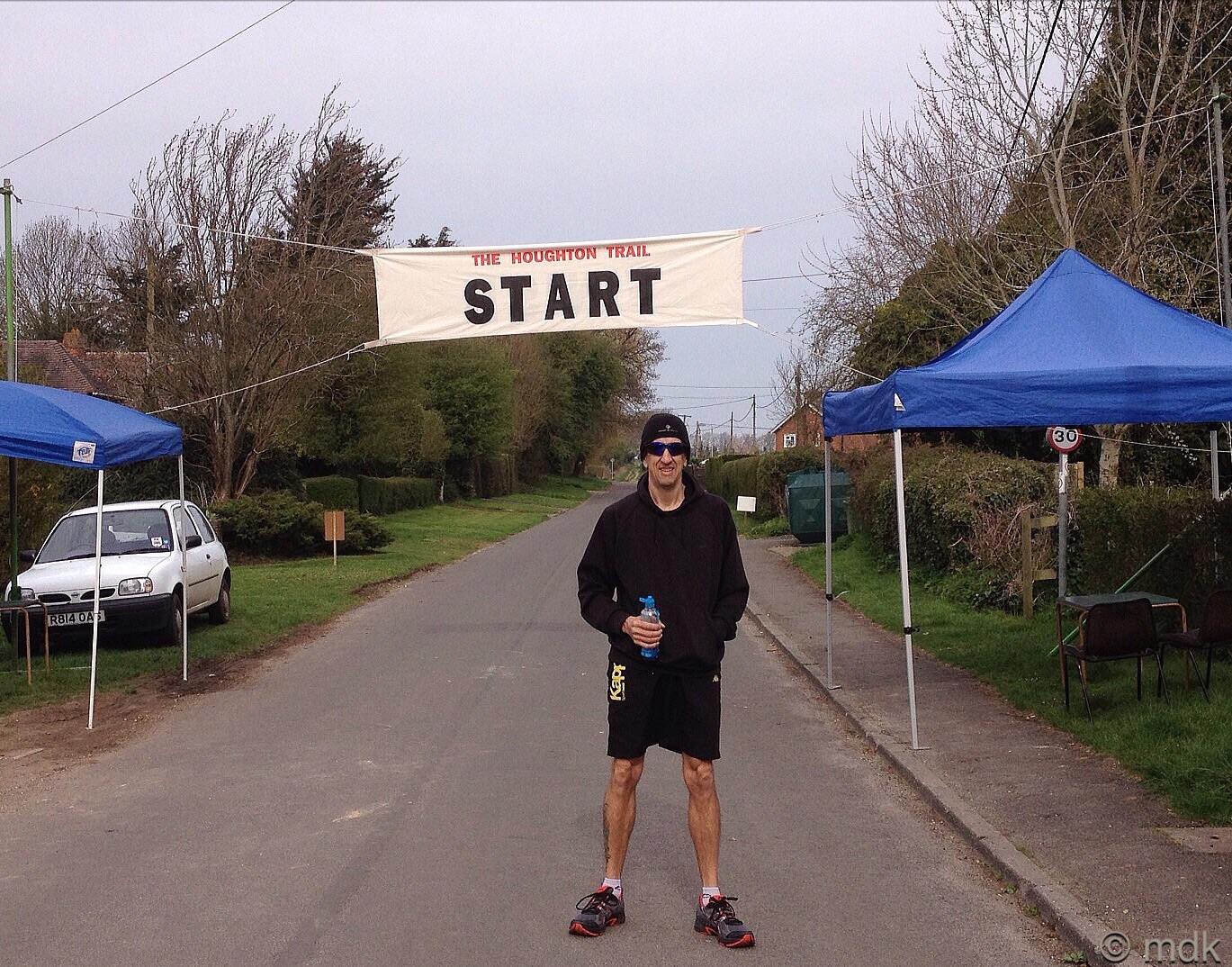 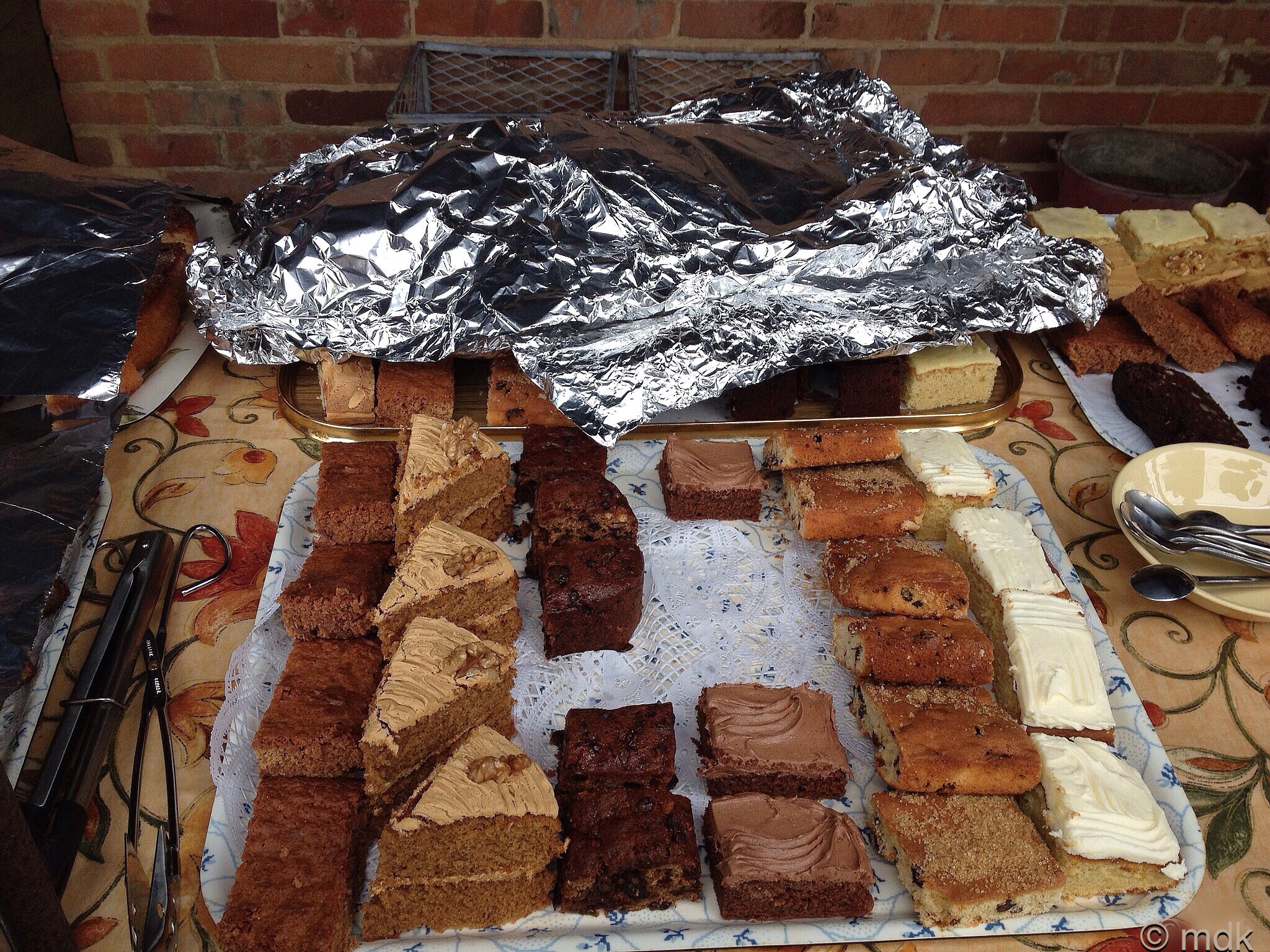 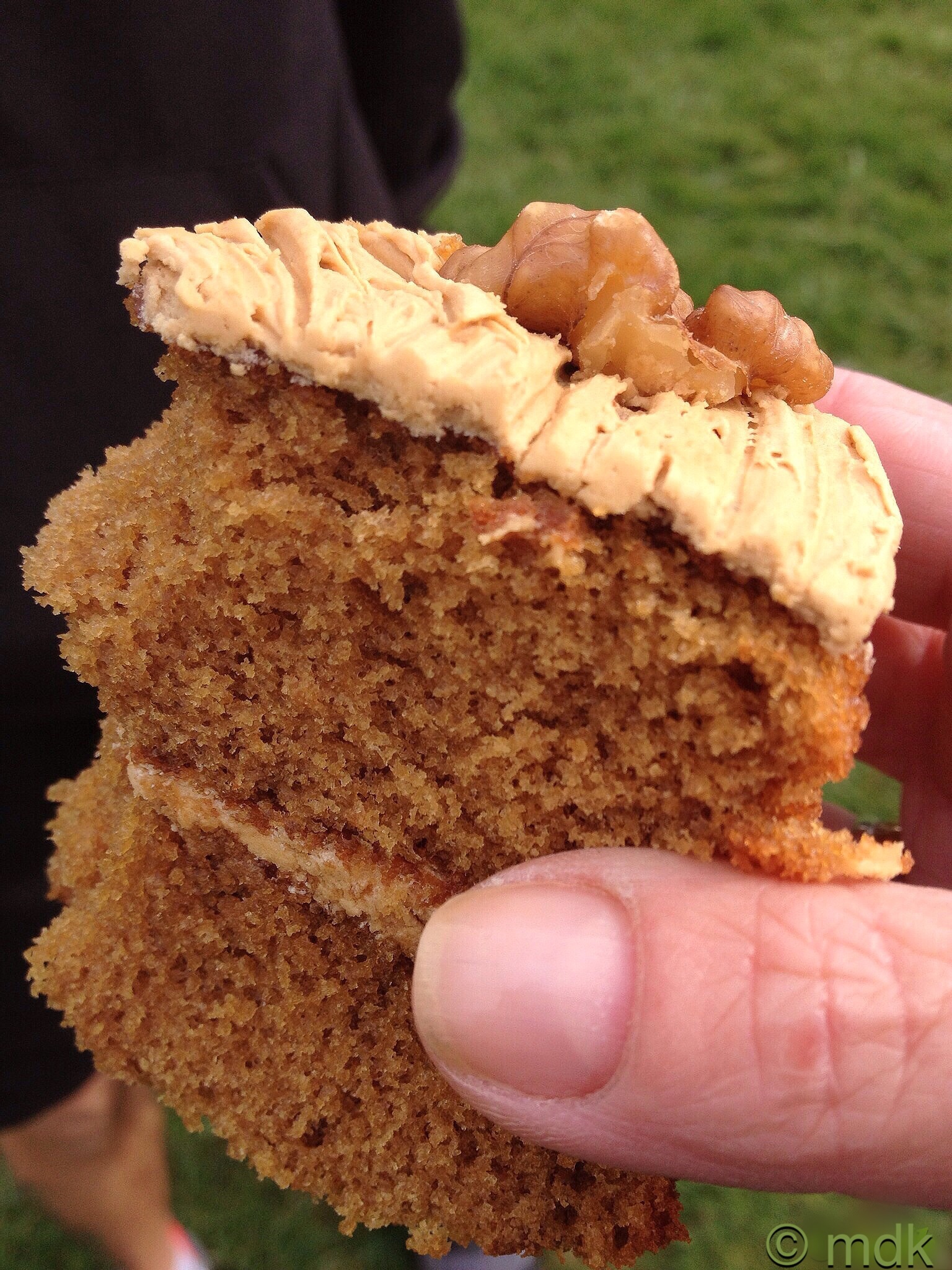 Yes it wasn’t the best of things for weight loss but I did burn over two thousand eight hundred calories on Friday and I have honestly not eaten much since even though I went out for a meal afterwards (I had a chicken starter and a goats cheese salad if you must know). The race was being started by Dickie Davies of World of Sport fame, he lives nearby. That bought back memories of watching him introduce the Saturday afternoon wrestling and the football results when I was young. The trademark white streak in his dark hair has spread and both hair and moustache are snowy white nowadays. 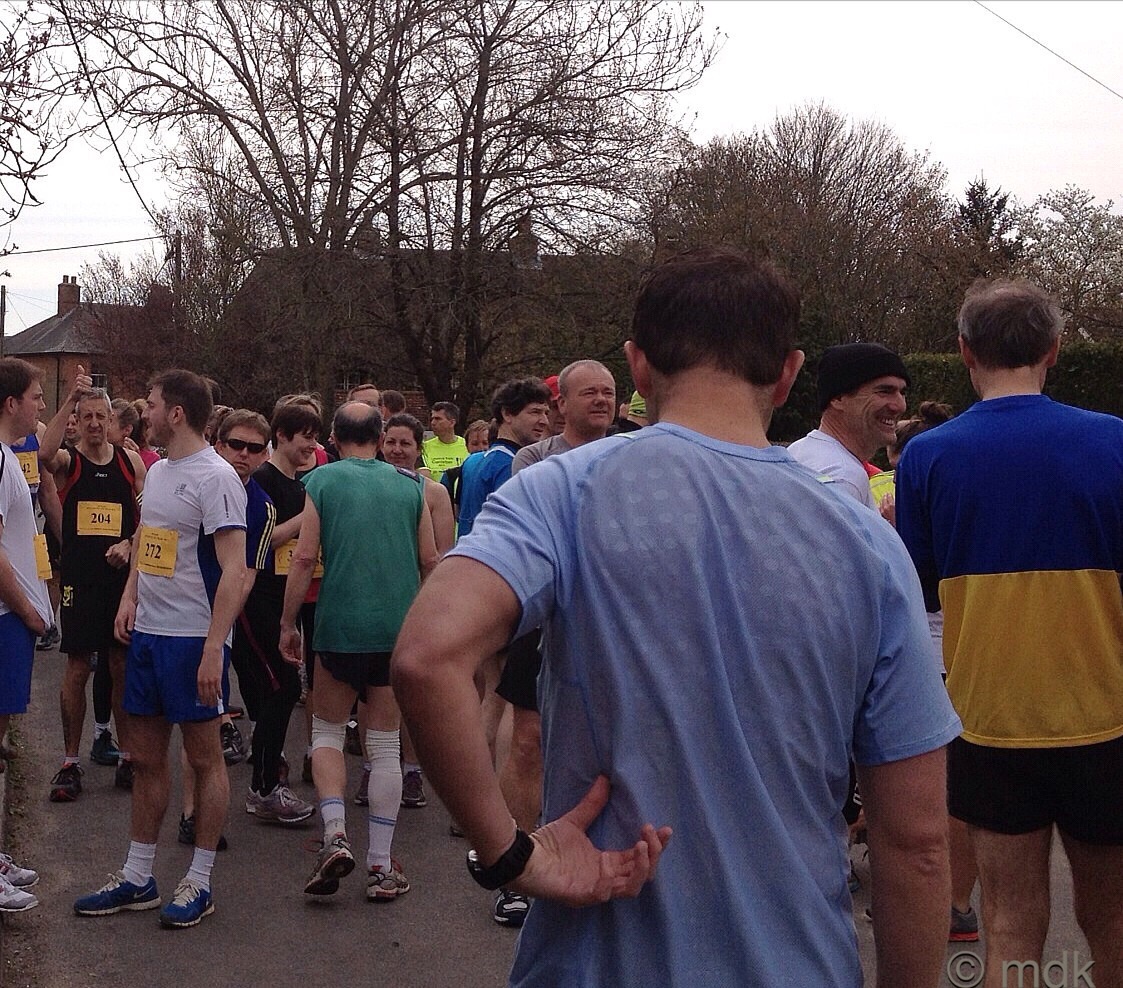 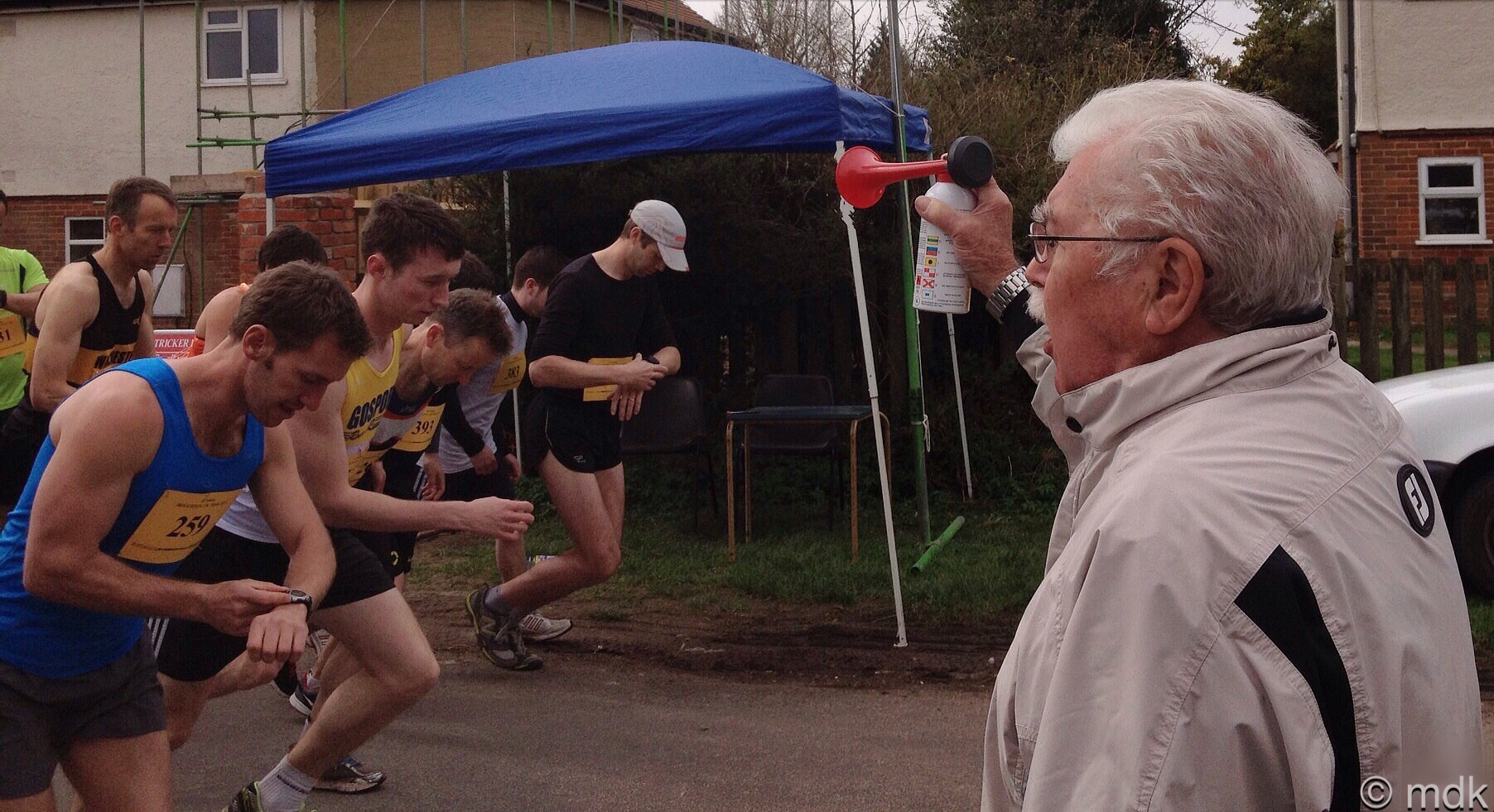 Once the race started I had about an hour to amuse myself. Much as I wanted to explore the trail the runners had set off along I couldn’t because the 4k had yet to start and I didn’t want to get in the way of it so I set off in the opposite direction to see what I could find. A little way along the lane I found another footpath and set off happily. It wasn’t long before I spotted the signs showing this was actually the final part of the 11k race so I knew I couldn’t walk for too long or I’d be tangled up with the runners coming the other way. I figured I had a good half hour or more before the first of them would appear though so I thought I’d walk for fifteen minutes then turn back and check out the beginning of the course.

The path was very stony, not small gravel type stones but large ones some the size of eggs others even bigger. It was not the best of walking terrain and I hoped Commando would be alright running on it. It would be a long drive home with a sprained ankle, or worse. The first field had horses but they were nowhere near the fence, then I came to a wooden bridge and my first sight of the River Test. It was shallow enough to see the stones at the bottom and water iris grew along the margin, what a pity they aren’t flowering yet. There was a swan swimming on the left hand side of the bridge, when is there ever not a swan on one of my walks? 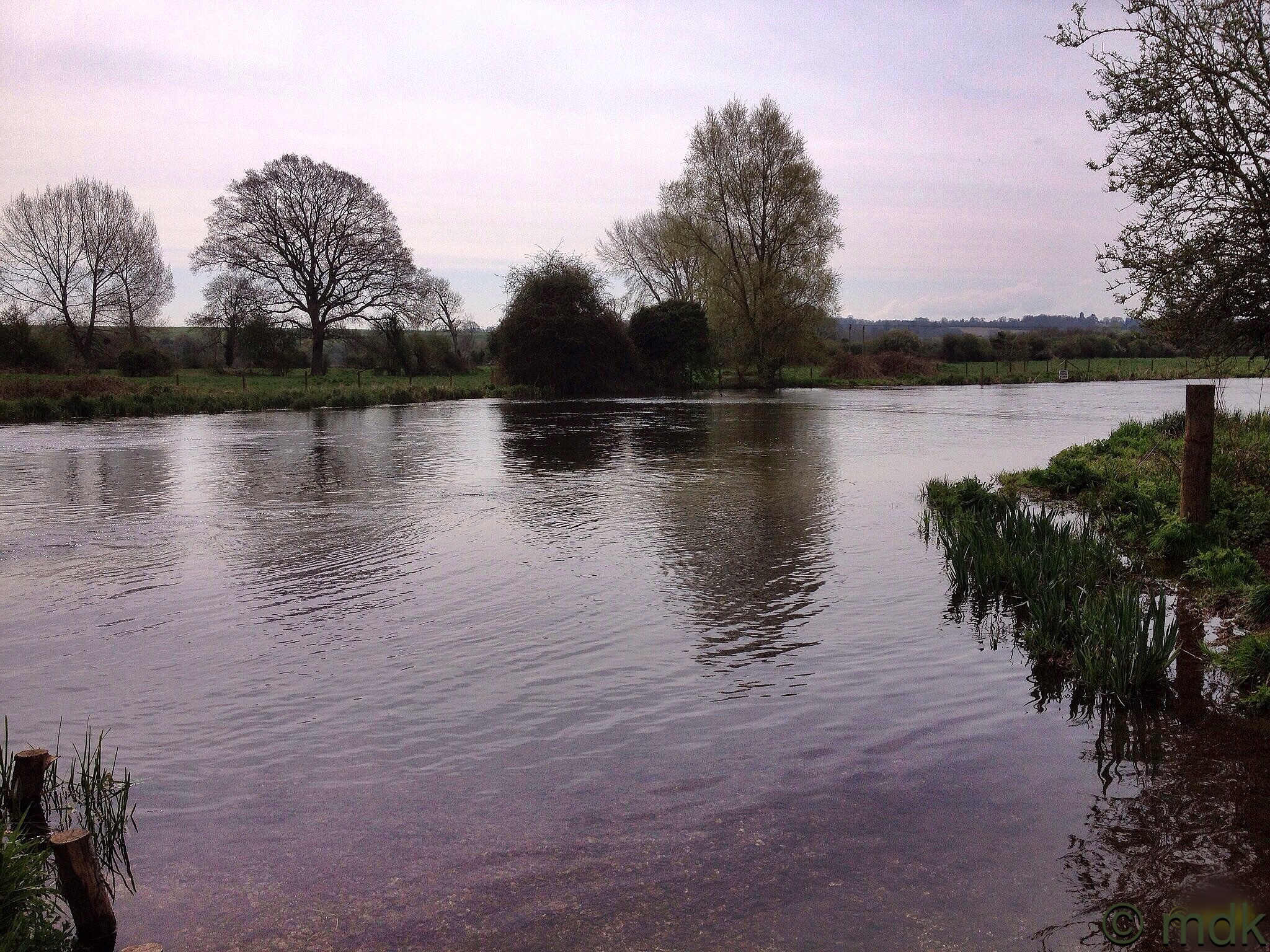 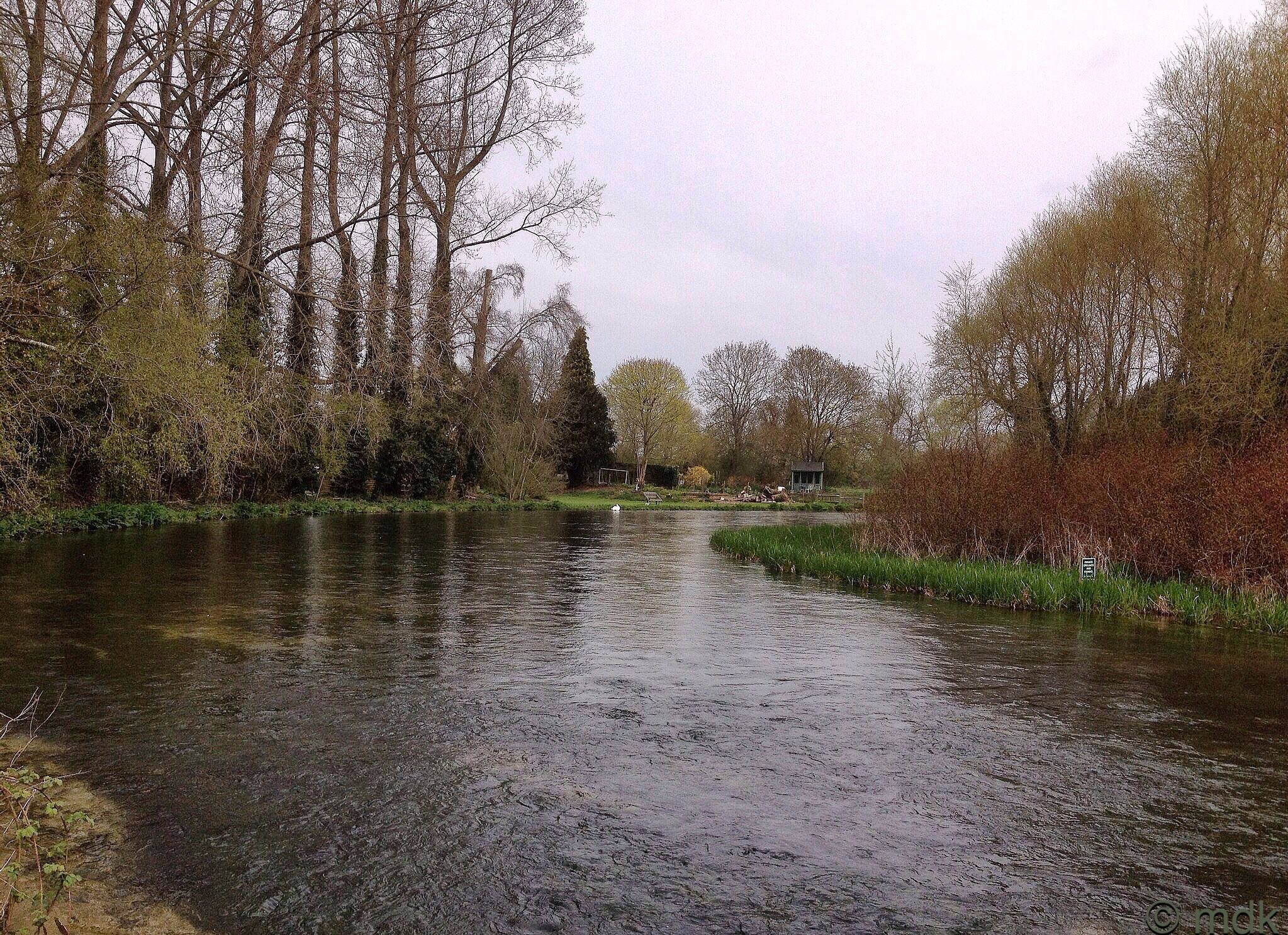 The next field had black cows all laying down. I hoped that didn’t mean rain even though I was wearing my waterproof jacket and new Walk the Walk beanie hat. The hat is the brightest pink you can imagine with a logo front and back that glow in the dark. Commando didn’t like it much but at least I was very visible. Then there was another bridge over the Test. On the right hand side the pebbles and weeds looked so close I felt I could reach down and touch them. The other side meandered off into the distance, bordered by trees and a lush green grassy path. What a nice walk that would be. There were willows by the path with hairy catkins like miniature hedgehogs. By now it was time to turn back, I hardly felt as if I’d walked at all but WalkJogRun told me I’d dawdled about three quarters of a mile. 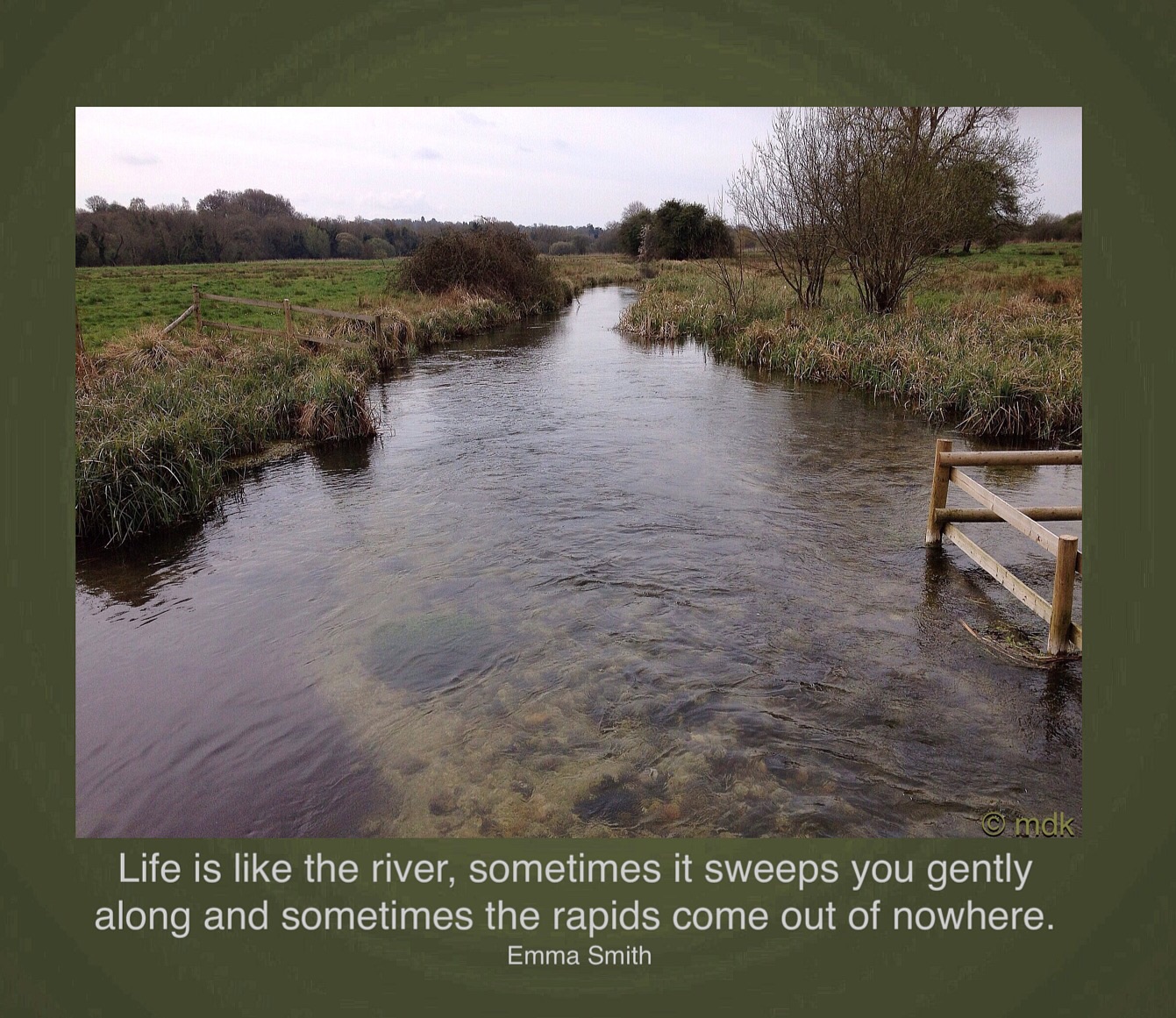 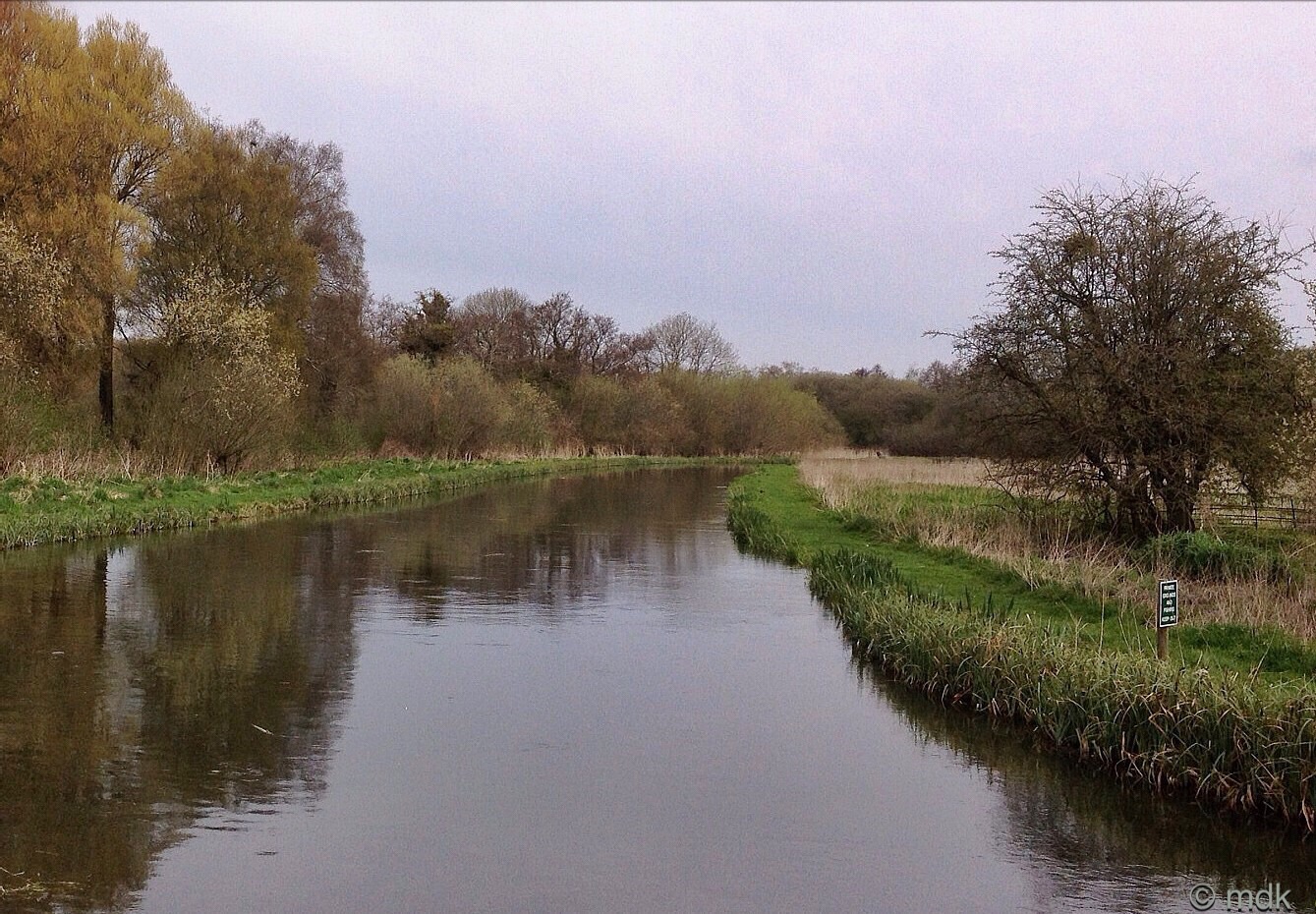 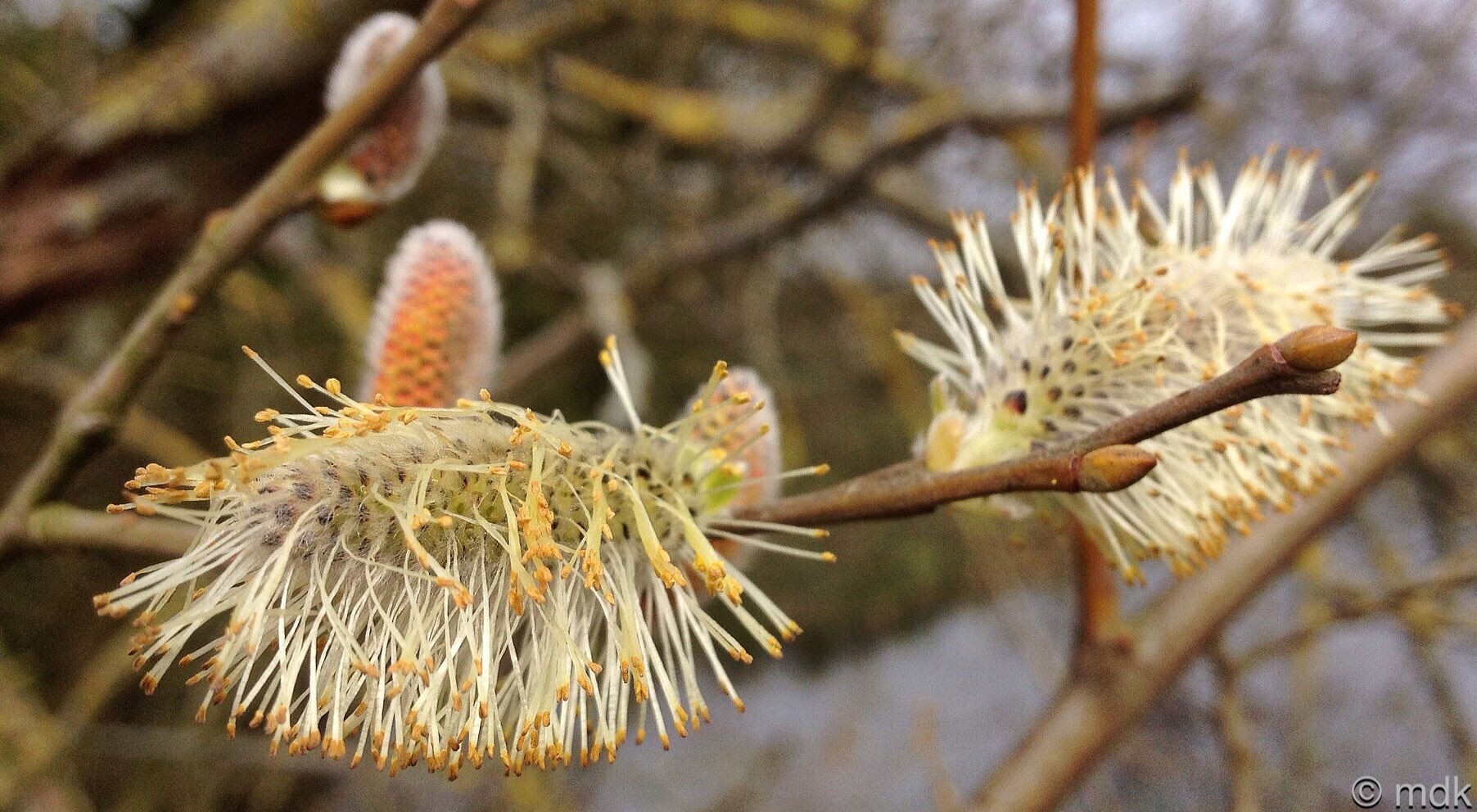 There wasn’t much time to explore the track with the high hedgerows, not if I wanted to be back at the finish line in plenty of time to see Commando finish, but I set off anyway. I’d expected to see a few wild flowers, especially as I’d seen so many on my walk through the Twyford Downs, but there were only nettles, not many even flowering, the ubiquitous hawthorn, a handful of dandelions and one of two celandines. I’m not sure why this should be, perhaps the hedgerows are just too high for stray seeds to spread. 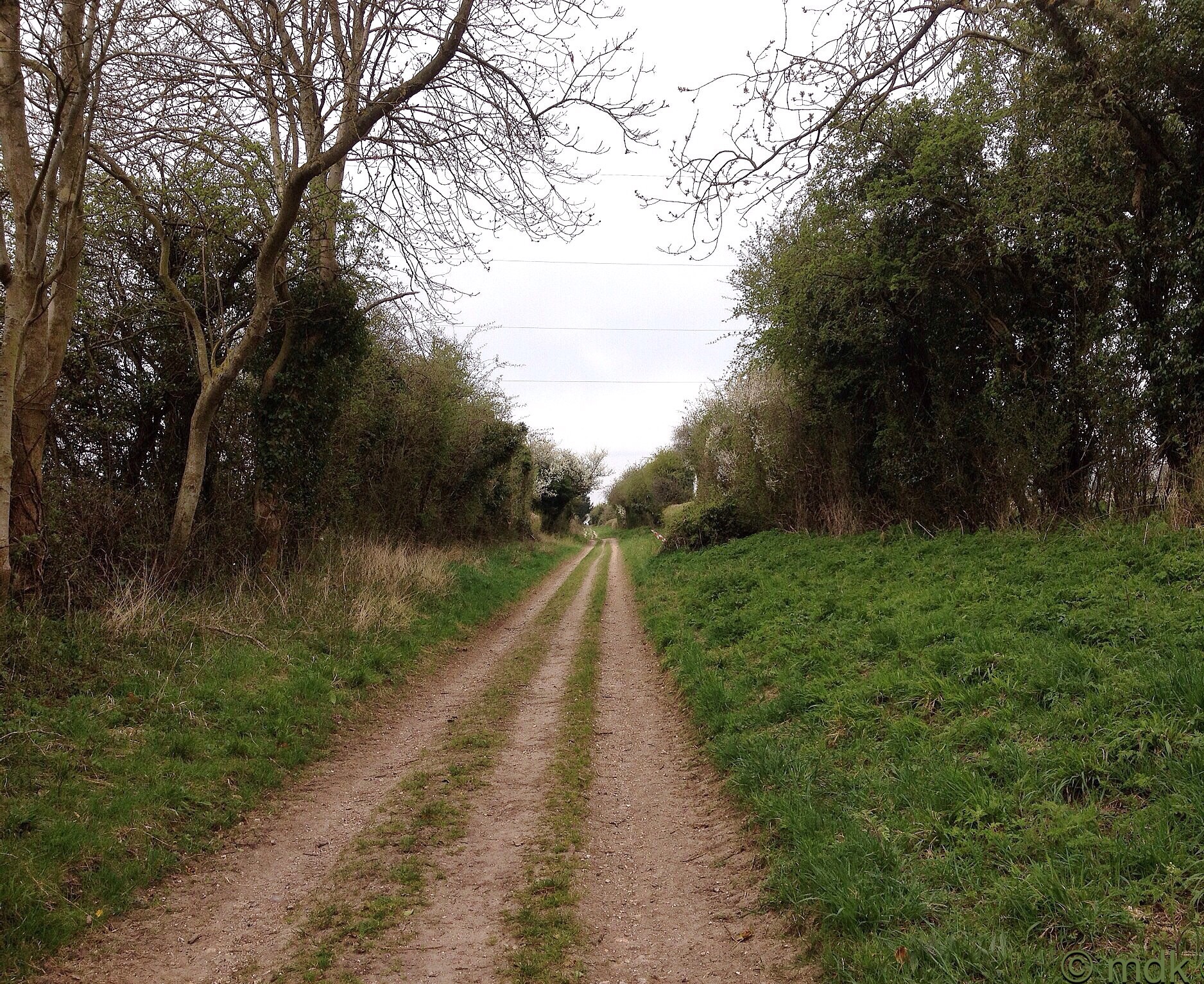 Almost at the top of the track I met an elderly man with a dog coming the other way. He said “Good morning, lovely day for a walk but watch out for the runners.”
I explained that my husband was one of them and, looking at my watch, that it was about time I turned back if I was going to see him finish. So we walked back together and he told me how he used to be a runner until his knees gave out, now he’s taken up cycling. His two sons were in the cycle races and his grandson was one of the runners so he was heading for the finish line too.

At the bottom of the lane we passed a big barn. “That used to sell bee keeping equipmentnt,” he said, “but it’s closed down now. Not much call for it these days. I used to keep bees.”
“How wonderful to live out in the countryside and keep bees,” I said.
“We are very lucky to live in such a beautiful place,” he said.
So we chatted and walked until we came to the finish line. The man went off and chatted to some of his friends and I waited, camera in hand for Commando, thinking how useful it would be to walk with a local in tow at all times to tell me all about the buildings and the local history.

It wasn’t long before Commando sped round the corner of the village hall. He was disappointed with his time, when is he not? Apparently it had been very hilly, the tracks had been quite rough and the cake didn’t help laying as heavy as my chips on Friday. He didn’t like the big stones at the end much either. I knew he wouldn’t I wasn’t that fond of them and I’d only been walking. The hat came in useful in the end though, Commando said he spotted the bright pink in the crowd and knew at once it was me, no one else would wear a hat that bright. He had to admit it might be a bit loud but it made me easy to see. 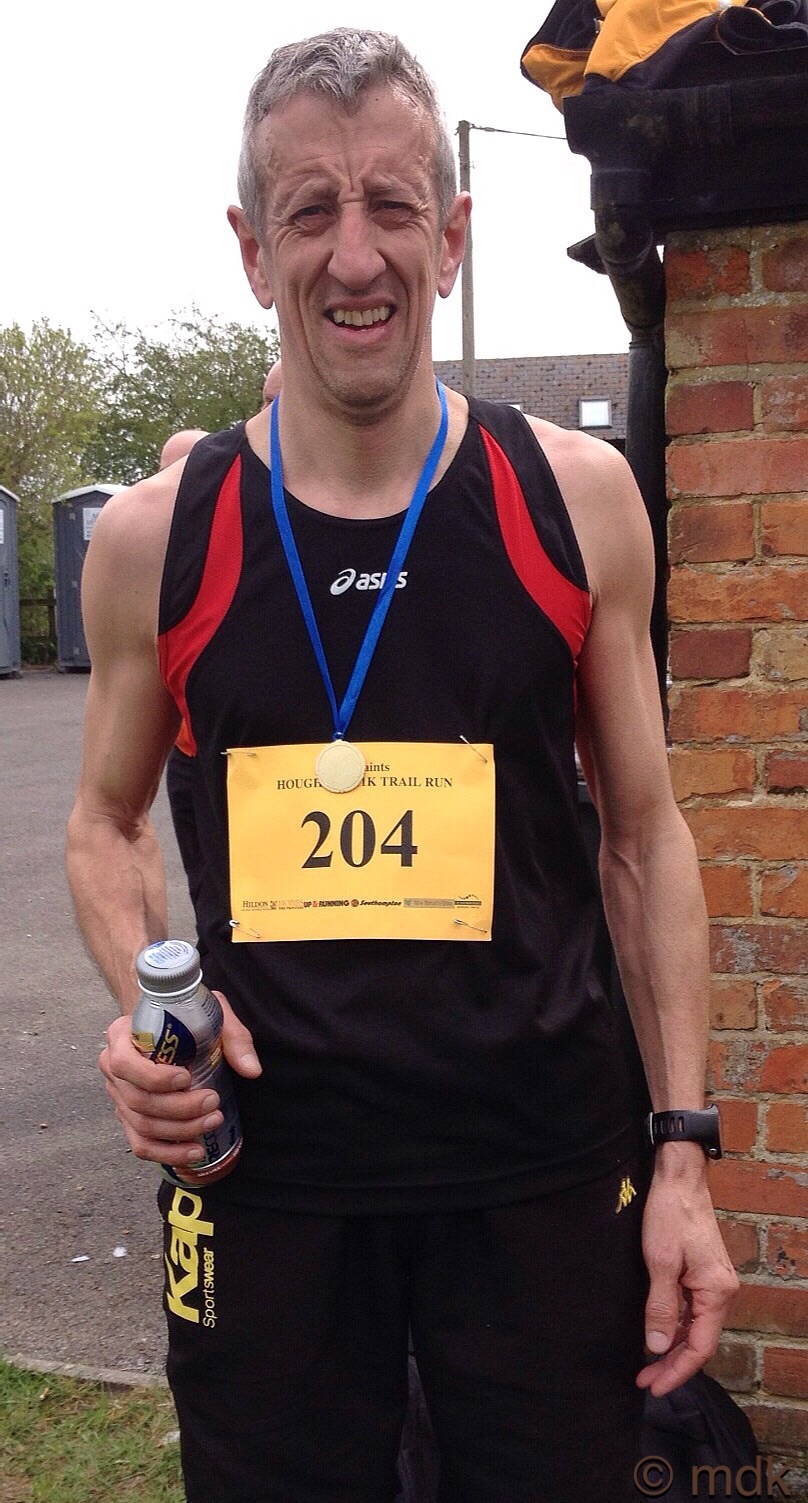 And so it was off home for some nice roast lamb and, finally, broccoli from the garden. Somehow I couldn’t help thinking about the little lamb in the field on Five Bridges Road. I don’t think eating lamb will ever be the same again, well not for a while anyway. I can’t help wondering if that little lamb will end up on my plate one day?