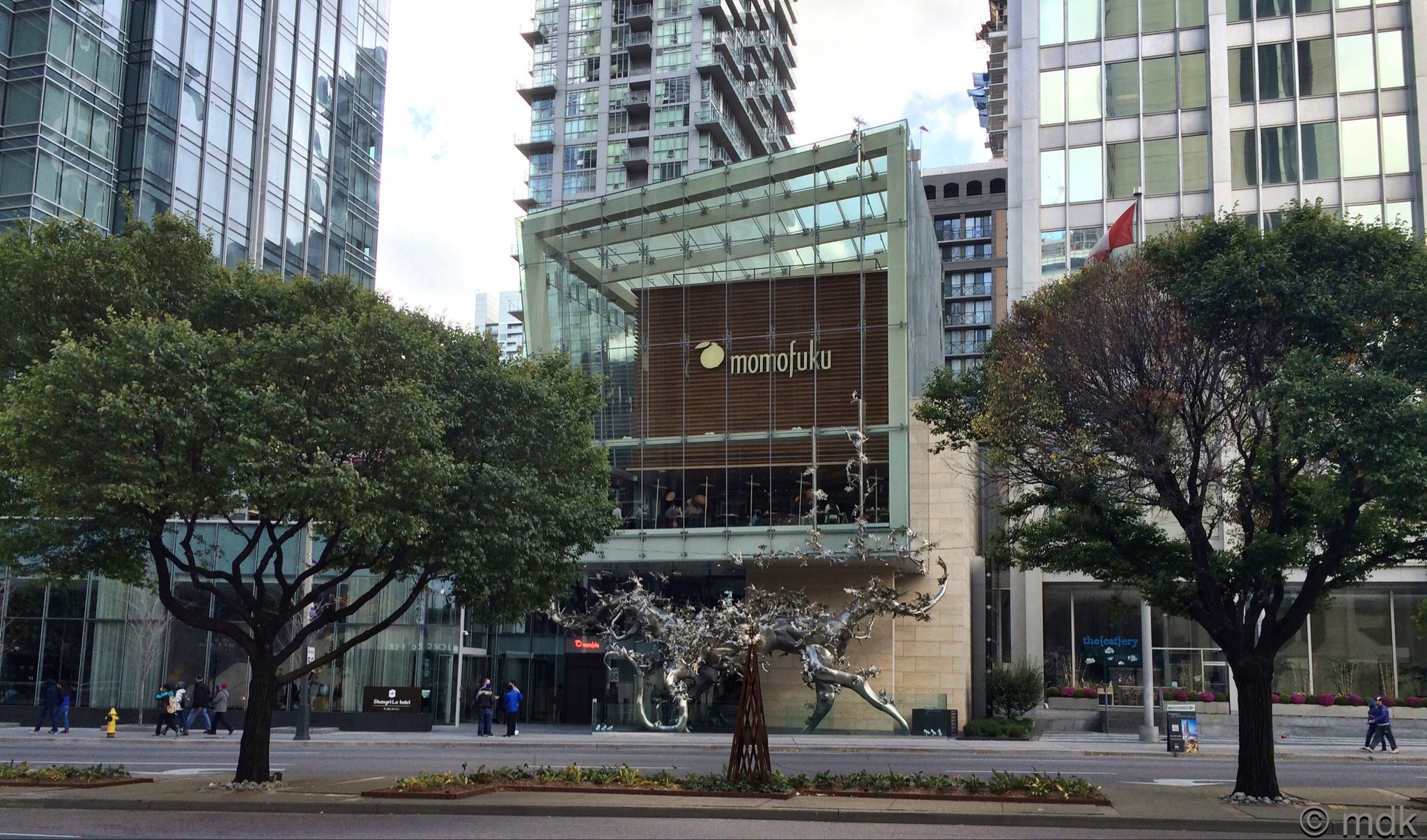 Filled with Starbucks coffee and cake we retired to our hotel room where Commando checked over his race kit and muttered about being sure he’d never finish in under four hours and not knowing why he’d ever signed up for this in the first place. While he paced and worried I reminded him of all the marathons he’d already run, checked out the race course on my iPad and went over my own plans for the next day.
“You finished your last long training run on target,” I reminded him. “I’m sure you’ll be fine. You just have to think positive and do what you trained to do. Whatever happens I’m proud of you.”
All the while we half watched an episode of NCIS that I’m pretty sure we’d already seen at home. The day before a race is always a bit like this, Commando gets nervous and I try to be the voice of reason and pretend I’m not nervous too for different reasons. After a bit Commando said he was going out for a run to loosen up.
“Why don’t you get out and explore?”

Of course I had no idea where to go so, as Commando disappeared into the distance, I stood on University Avenue dithering. Directly across the road the intriguing sculpture we’d remarked upon several times caught my eye. Perhaps I’d start with that. The huge structure seemed to climb up the front of the Shangri-La hotel and I couldn’t make out if it was meant to be a dragon or a tree filled with birds. When I finally got across the road I was none the wiser. There were certainly birds and they looked like doves, in fact, some of them seemed to be fluttering up the front of the hotel like the butterflies in my stomach when I thought of the race. 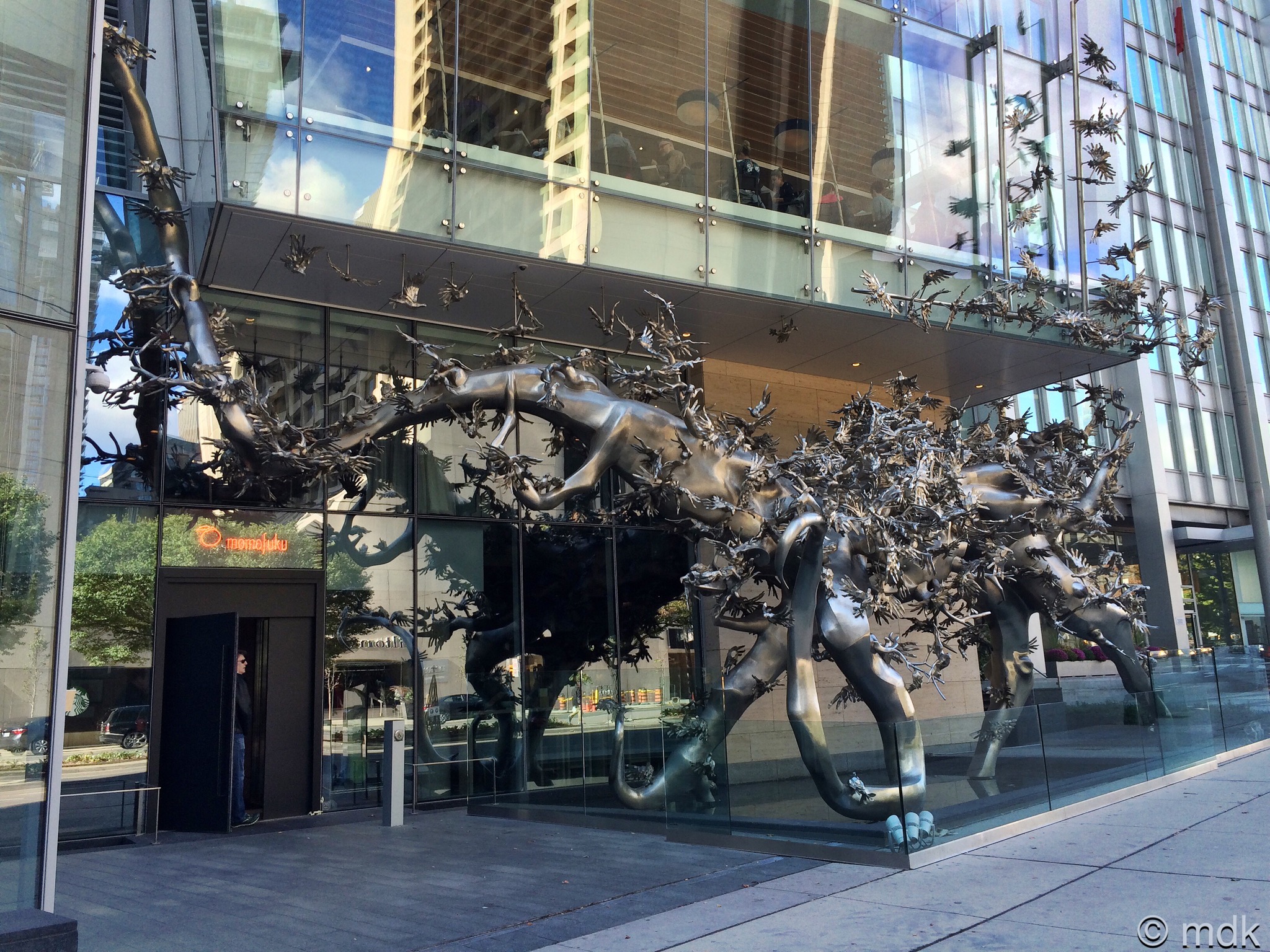 Later I discovered this intricate piece is the work of Zhang Huan, an influential Chinese artist and was unveiled in 2012, when the sixty two storey hotel opened. Called Rising, it’s made of polished stainless steel and represents both a tree branch covered with doves and a dragon. The message, according to the artist, is that humans can exist in harmony with nature. 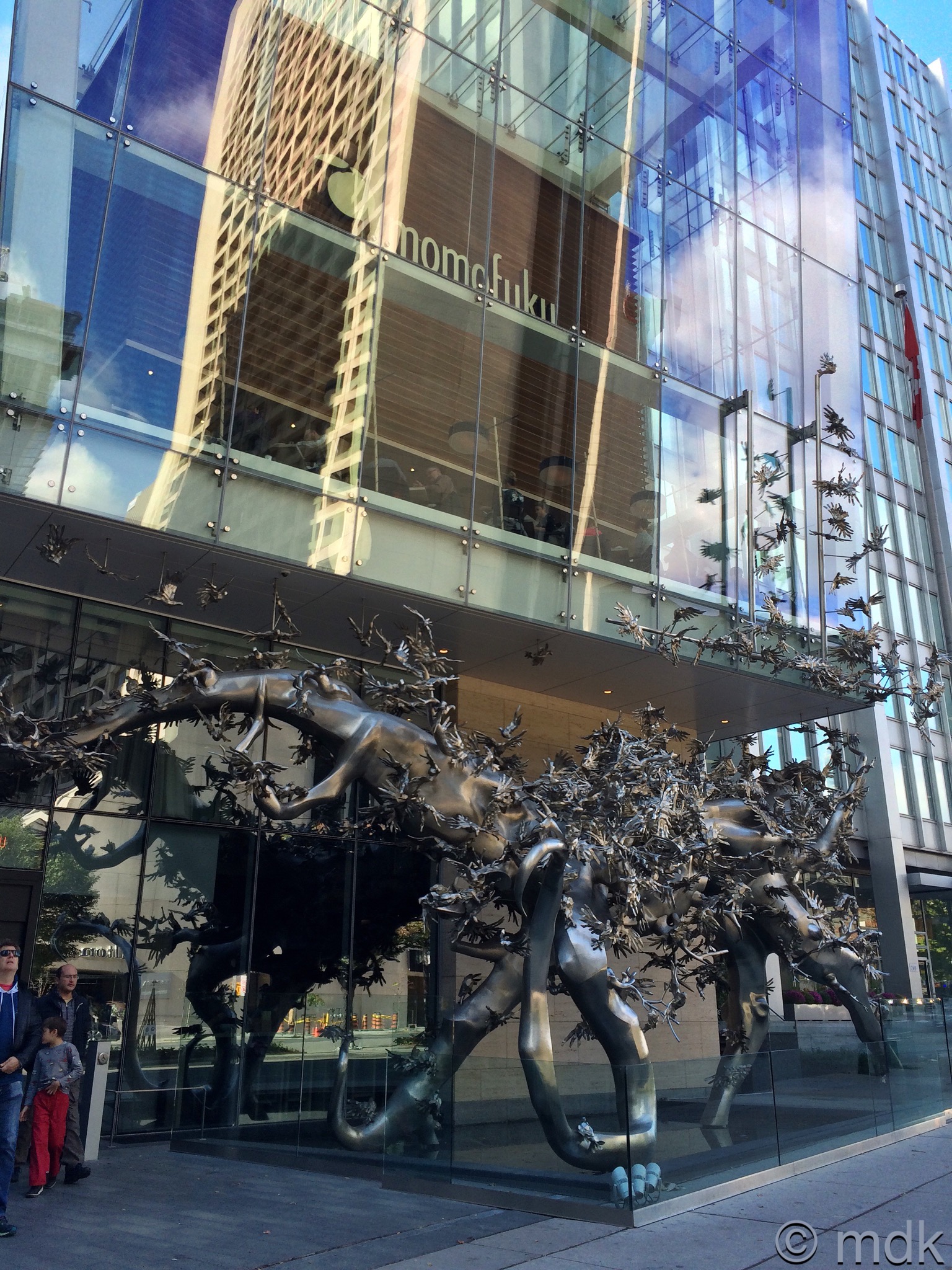 Next I thought it might be a good plan to check out Nathan Phillips Square, the place where the marathon would finish. At least that way I’d know exactly where to go on the day and how to get from it to the hotel. After all, Commando was going to be tired, the last thing he’d need would be a long walk in circles if we got lost. Ok, so it wasn’t exactly miles from our hotel, we could see it from the window, but, with all the tall buildings and in the heat of the moment, it would be easy to take a wrong turn or get confused by the crowds. Worse still, I could get lost and not be there when he finished.

Like New York, Toronto is more or less a grid of streets and the square is on Queen Street just one street away from the Hilton, where we were staying. Once I’d crossed University Avenue again I took a careful mental note as I crossed Richmond Street and passed the huge glass frontage of the Four Seasons Centre for the Performing Arts. Then I crossed Queen Street and turned right, passing the railings and trees obscuring the view of Osgoode Hall where the courts are. The only place you seem to be able to get a clear view of this lovely early nineteenth century building is from our hotel window. Then I was standing in front of the square, it was a simple as that. Hopefully it would be as simple when the marathon finished. 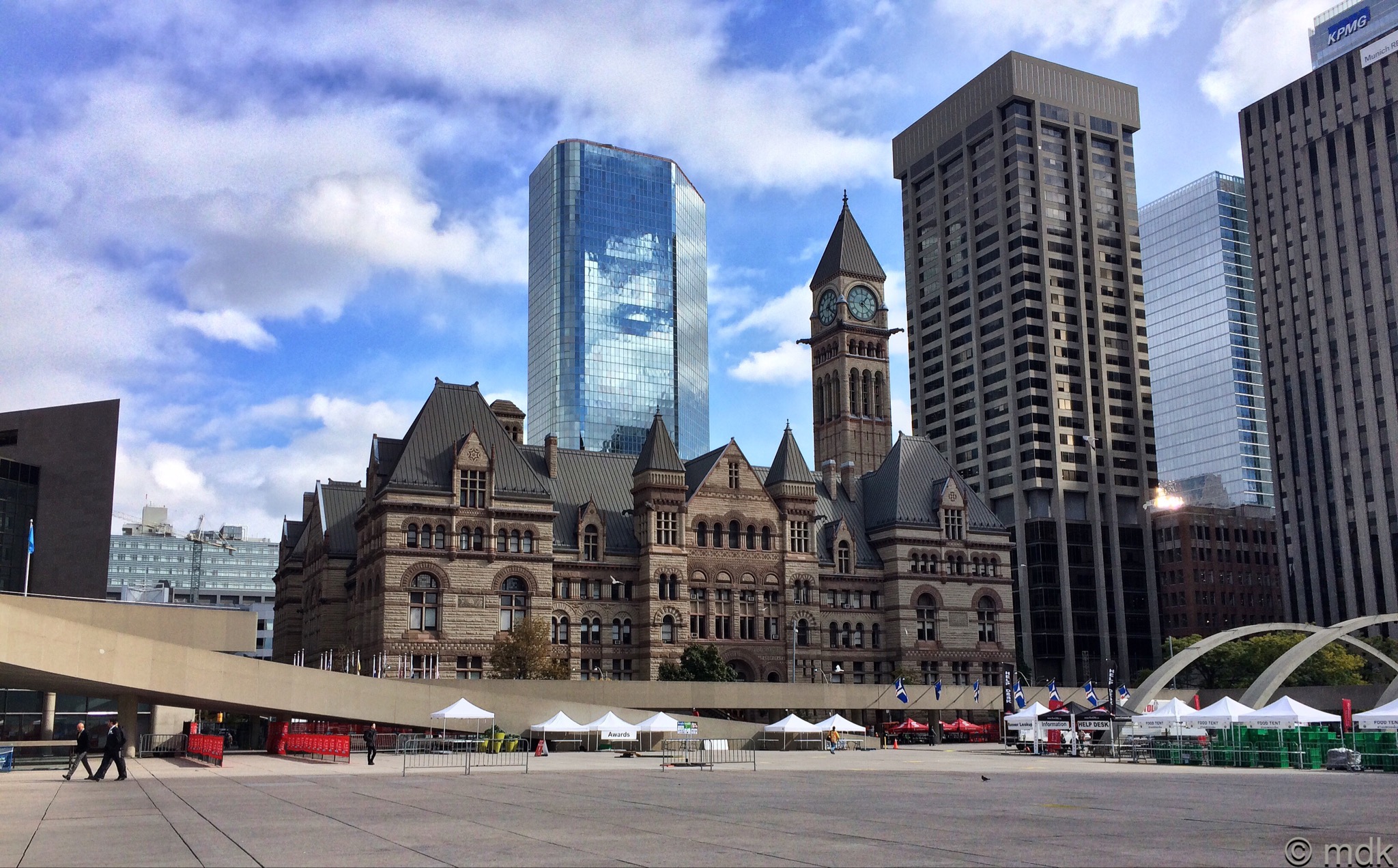 Named for Nathan Phillips, Toronto’s mayor between 1955 and 1962, the square was designed by Viljo Revell and opened in 1965. A concrete walkway arches around the perimeter of the square connecting with the flying saucer of City Hall, the permanent stage and the Sheraton Hotel on the opposite side of Queen Street. Best of all there’s a lovely pool with a fountain and a large Toronto sign, just in case you’d forgotten where you were. People were standing in front of it having their photo taken. No doubt Facebook is full of them. 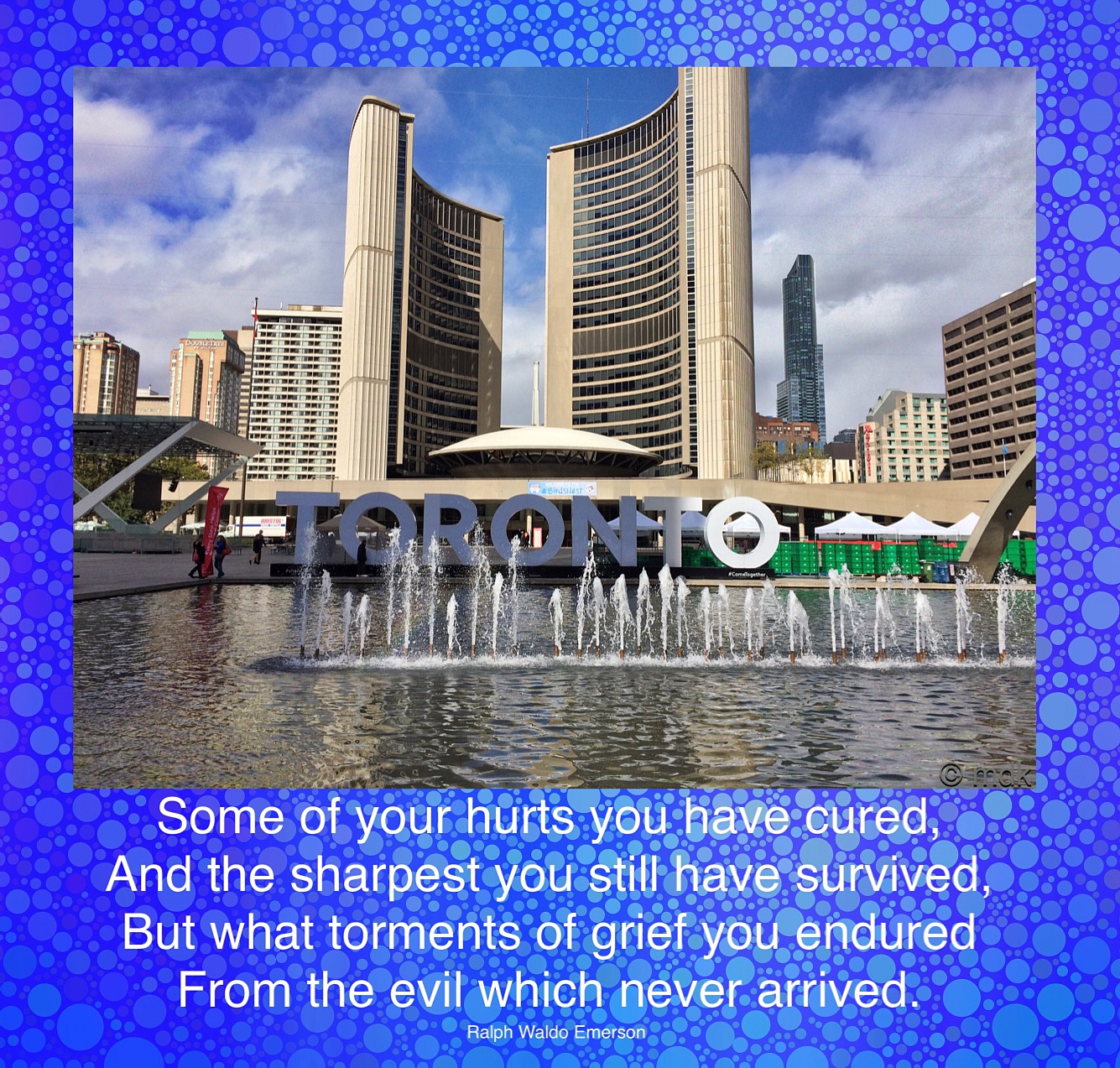 From the square I had a wonderful view of another intriguing building I’d seen from our hotel window. Actually the only part we could see was the clock tower but I’d Googled it and knew it was the Old City Hall designed by Edward James Lennox. The full view was absolutely stunning, towers, a mass of arched windows picked out in different colours of textured stone and steeply sloping tiled roofs. Back in 1899, when it was completed, it was the one of the largest buildings in the city. Now it’s completely dwarfed by all the towers around it.

Building work began in 1889 using sandstone from the Credit River valley, grey stone from Orangeville and brown stone from New Brunswick. There was a lot of fuss made about the time it took to build and it ended up being both well behind schedule and massively over budget. By European standards, thats a pretty quick build. I wonder what they’d have said if they lived in Barcelona with Sagrada Familia, started in 1882 and still covered in scaffolding?

Walking around to the front of the building I got a fantastic view of the clock tower with its gargoyles at each corner. I loved the rounded corners and echoing pillars running down each face. Close up the fine details and carved patterns were wonderful. No wonder it took so long to build. It looked worth the wait to me. At the foot of the steps is a Cenotaph, erected in 1925 to honour Toronto’s First World War dead with later inscriptions to those who perished in World War II and the Korean War. It seems the perfect place to have such a memorial. Slowly I walked around looking at the different faces and admiring them. 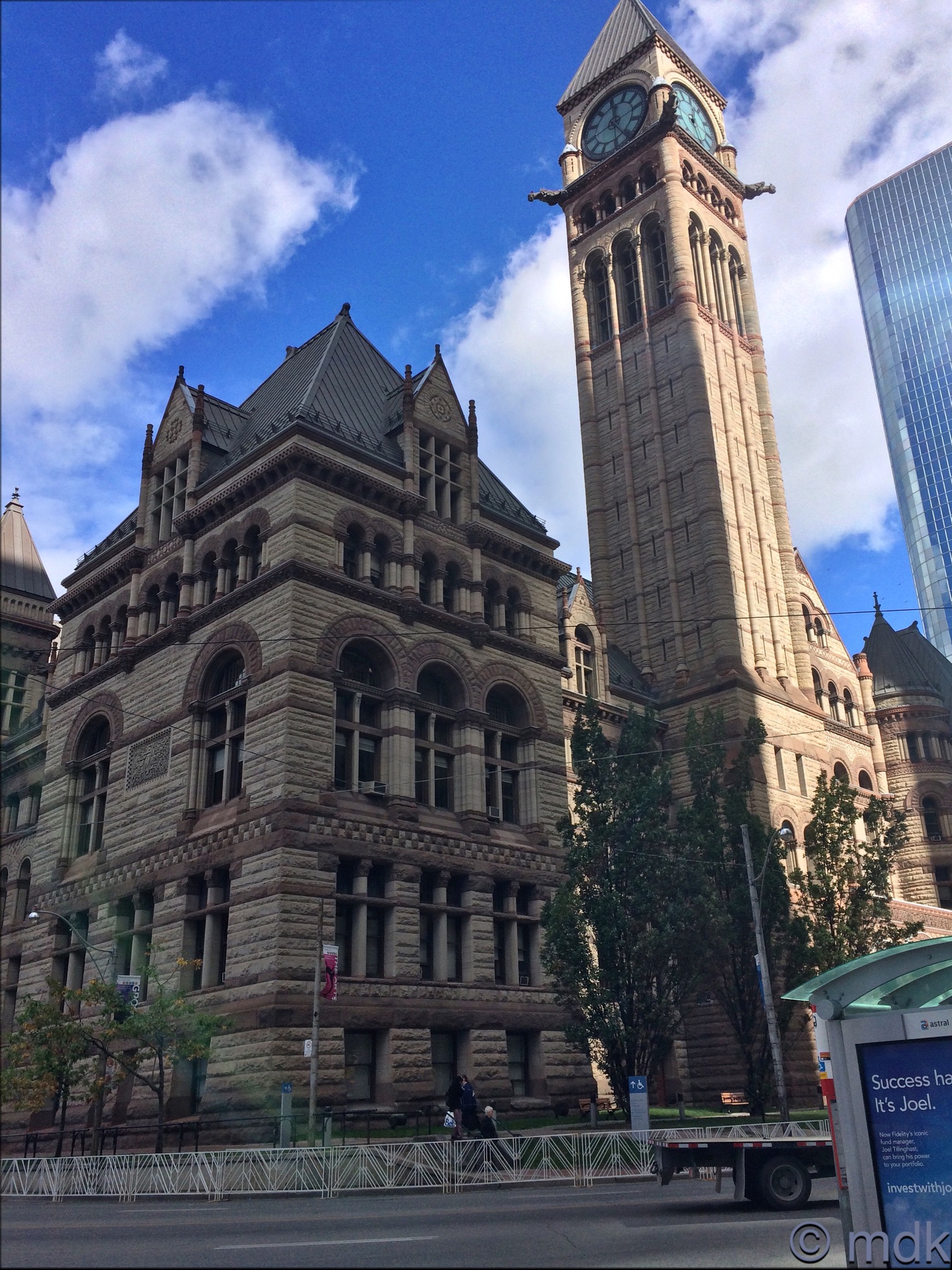 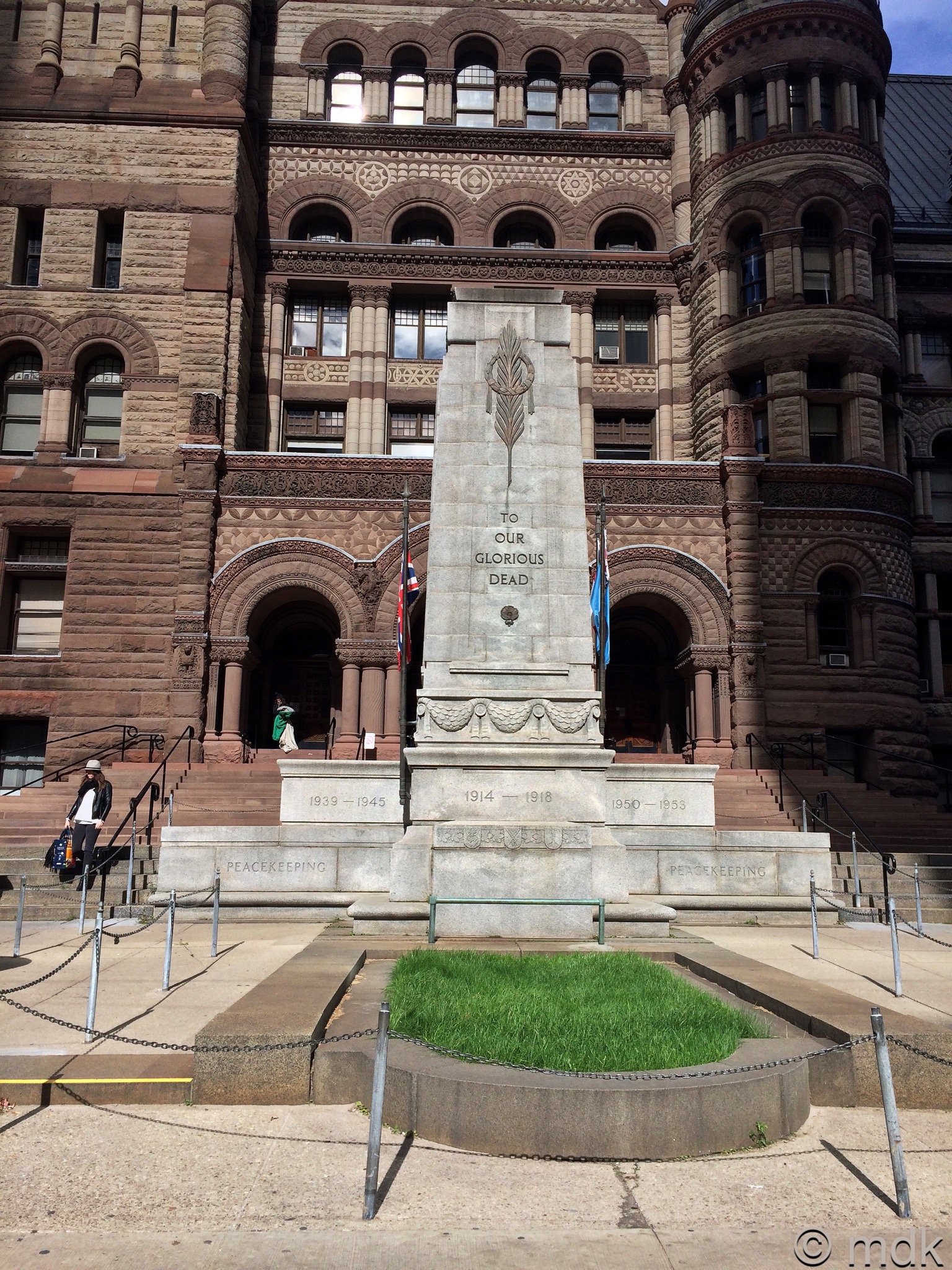 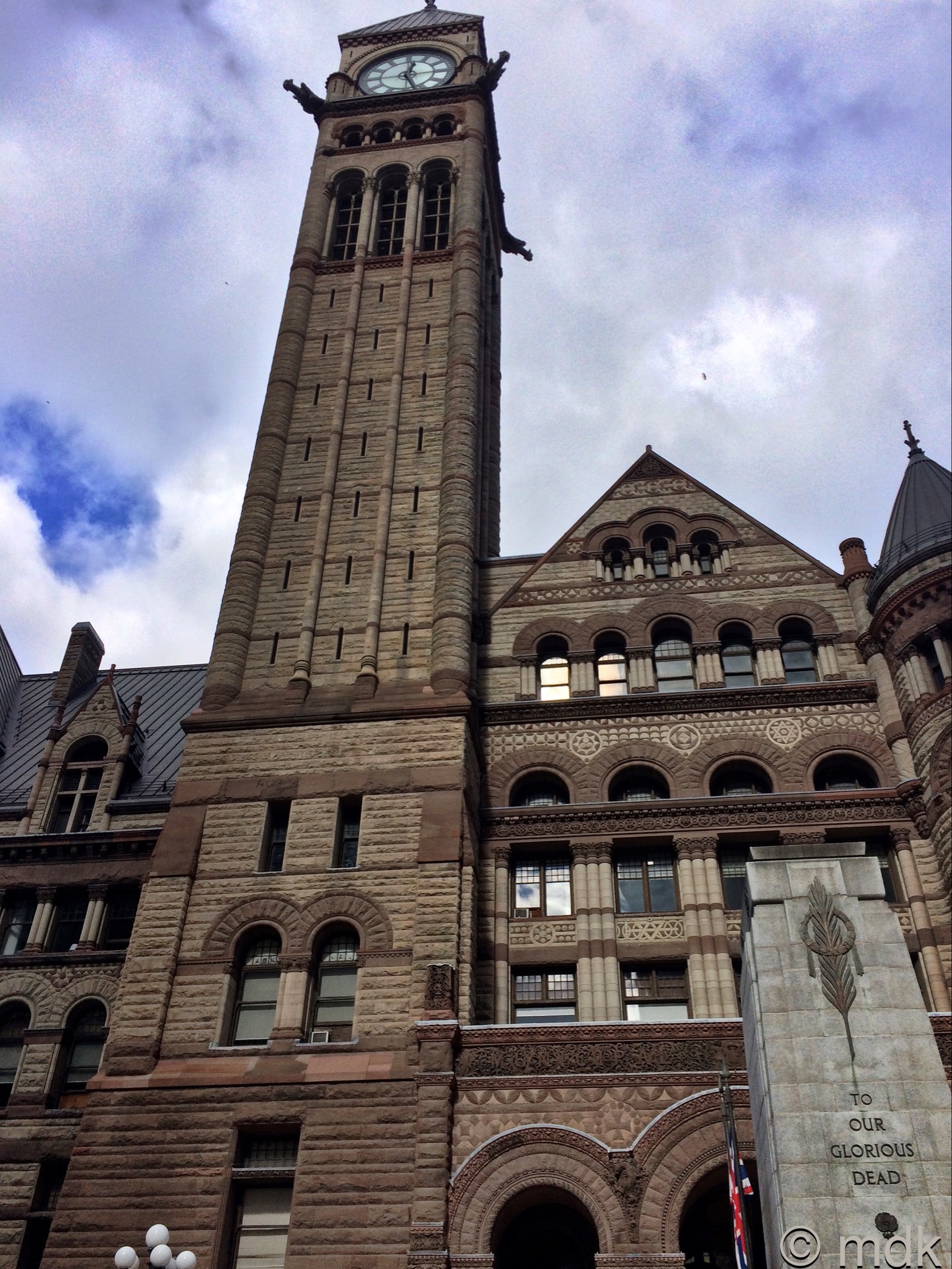 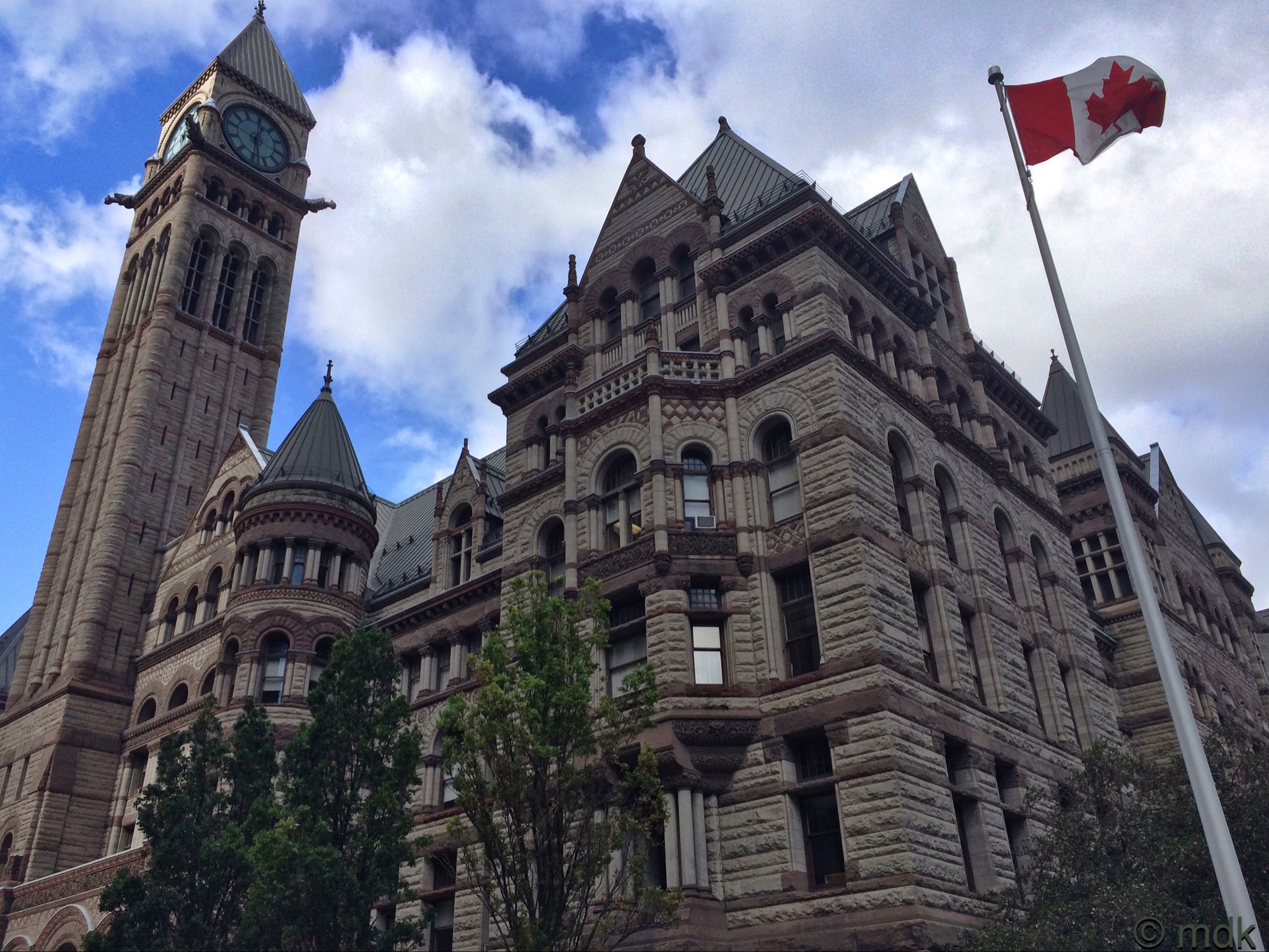 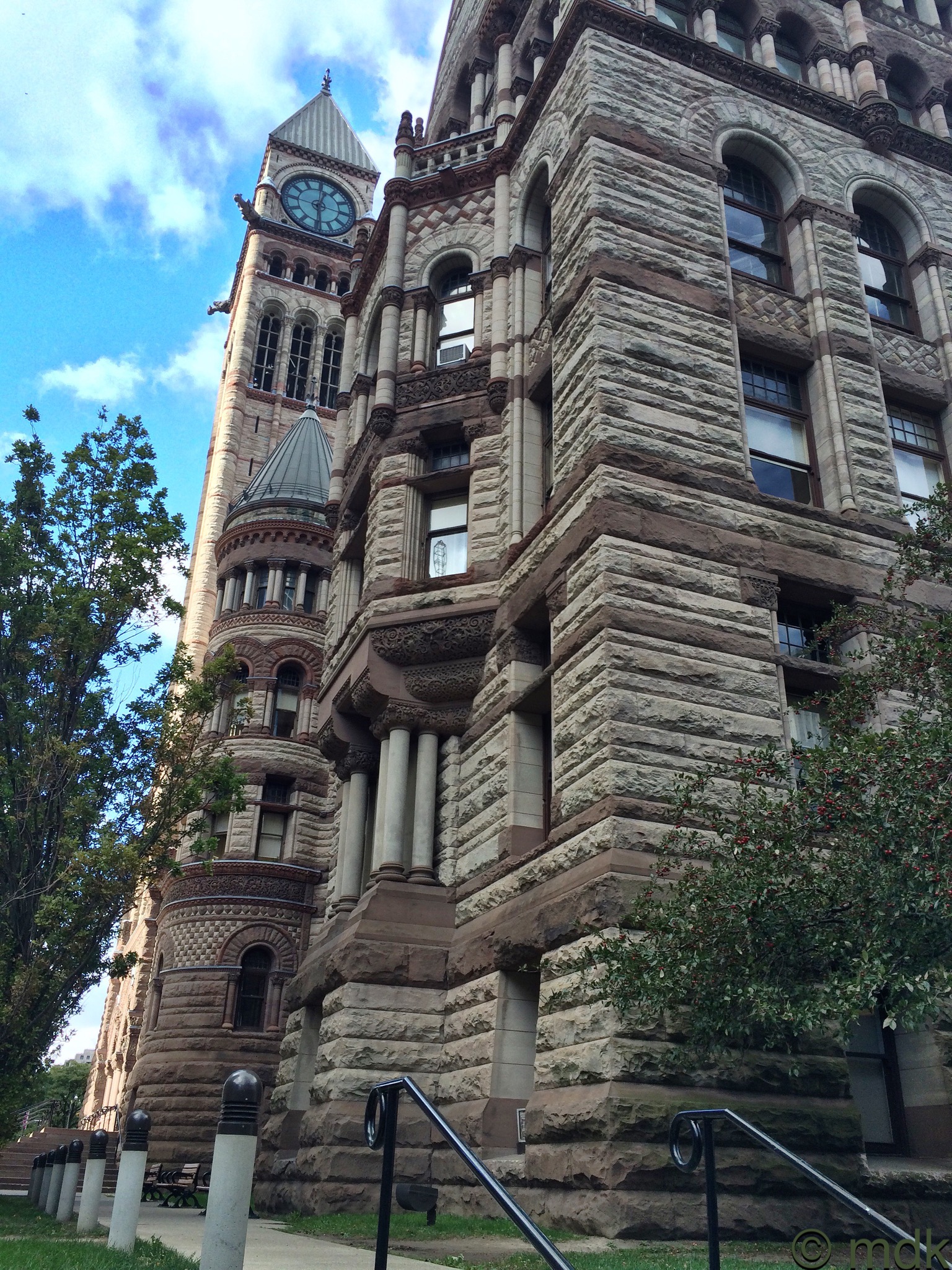 Figuring the grid system would help me find my way back if I just kept going straight I turned onto Younge Street and began to walk with no particular aim. Maybe if I’d known I was going to be walking I’d have prepared a route. As it was I drifting, looking in random shop windows and trying not to think of all the things that could go wrong on marathon day. Pre race nerves are not confined to runners but runners wives have to keep theirs to themselves.  Slowly the buildings got older and shorter. Through the glass of one shop front I spotted a Tardis and a Dalek. For a moment I thought I was seeing things but it was still there when I’d rubbed my eyes. Turns out this is part of 12 Days of Great Britian and Northern Ireland, a pop up shop opened by the British Consulate General to celebrate Toronto’s links with the UK. 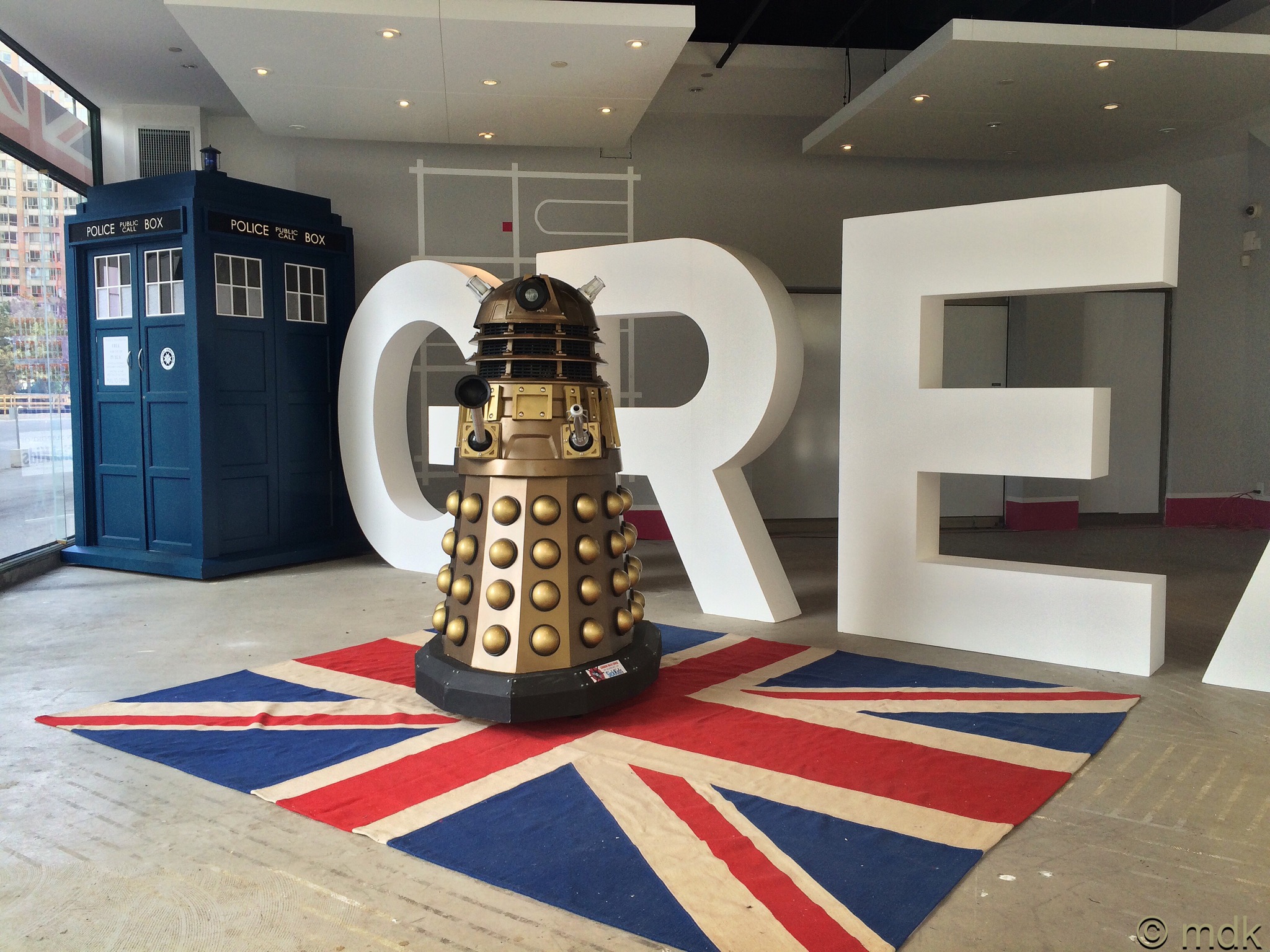 On I went, not really paying attention any more, just walking  for the sake of movement and trying to quash all the what if’s. The battery on my phone was low so I daren’t take too many pictures but, as I was hardly seeing the things I passed, this was irrelevant.  There was a large brown building in the distance and I told myself I’d walk that far and then turn back. When I got there it turned out to be a Masonic Hall, built in 1888, I knew this because it was etched in sandstone above the arch of a window on the near corner. Later I found out it was designed by Richard Ough. It was attractive, but no more so than lots of buildings I’d walked past already. Its importance was as an arbitrary turning point rather than any innate beauty. Even so, I took a photo, just to remind me where I’d been, when I’d turned back. 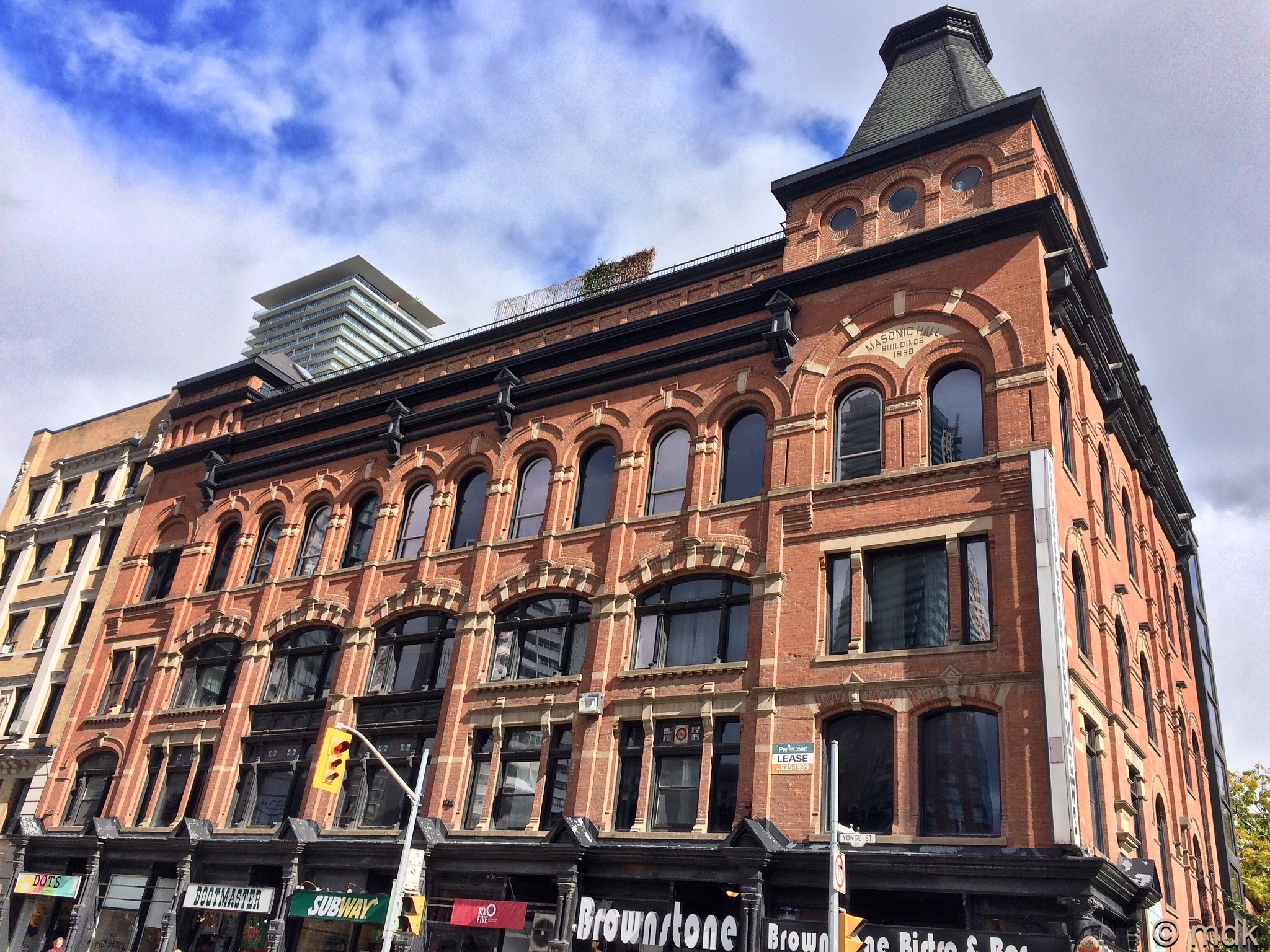 Still trusting to the grid system I turned right when I got to Wellesley Street then left onto Bay Street. There was no reason for this, just a whim and Bay Street sounded familiar. Now I was back amongst the shining glass and steel skyscrapers. When I came upon the back of the huge curved towers of City Hall I turned towards them, walking into the square the back way past a statue of Winston Churchill. They were already setting up the tents for the marathon. It felt like chance that I’d found my way back. 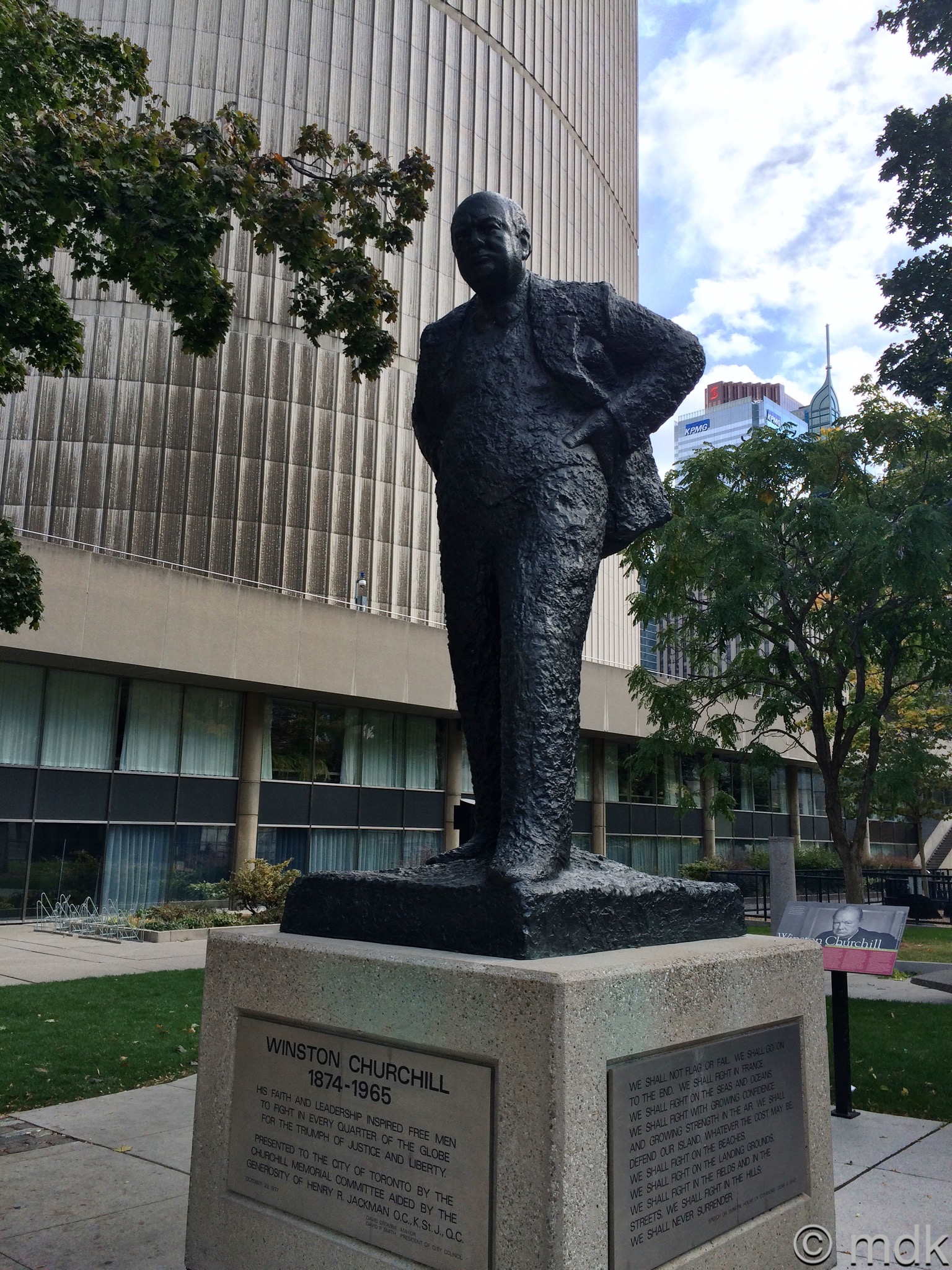 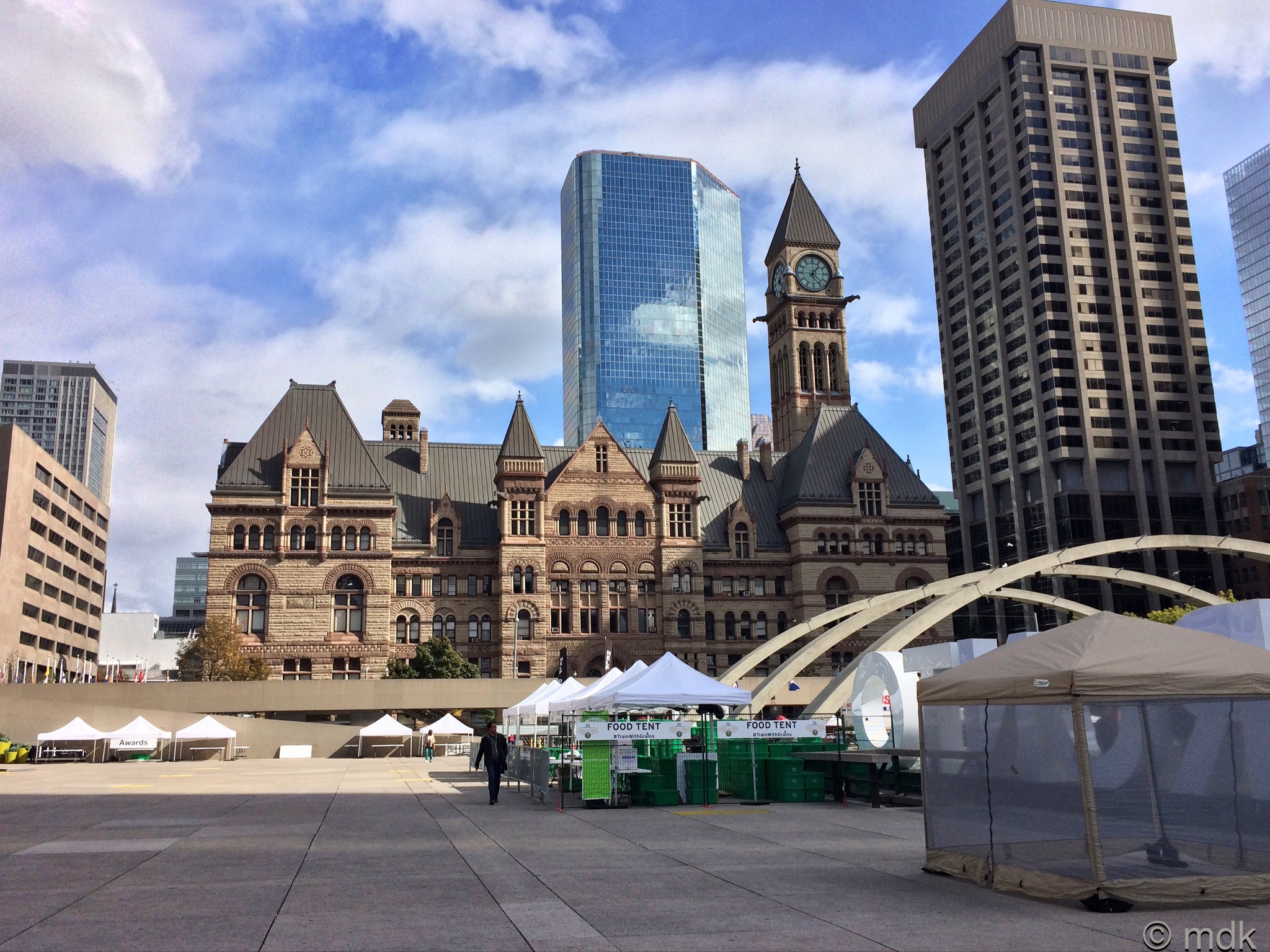 It hadn’t been a long walk, nor very productive except that I was now sure where the marathon finish line was and I’d worked off some nervous energy. Like Commando’s run it was more about loosening up, stretching my legs and getting some frest air than anything else. Commando was already back in the room when I got there. His run had been even shorter than my walk. He’d already had a shower and was checking his race kit again. Twenty six point two miles is a long way to run, anyone who isn’t nervous is mad.