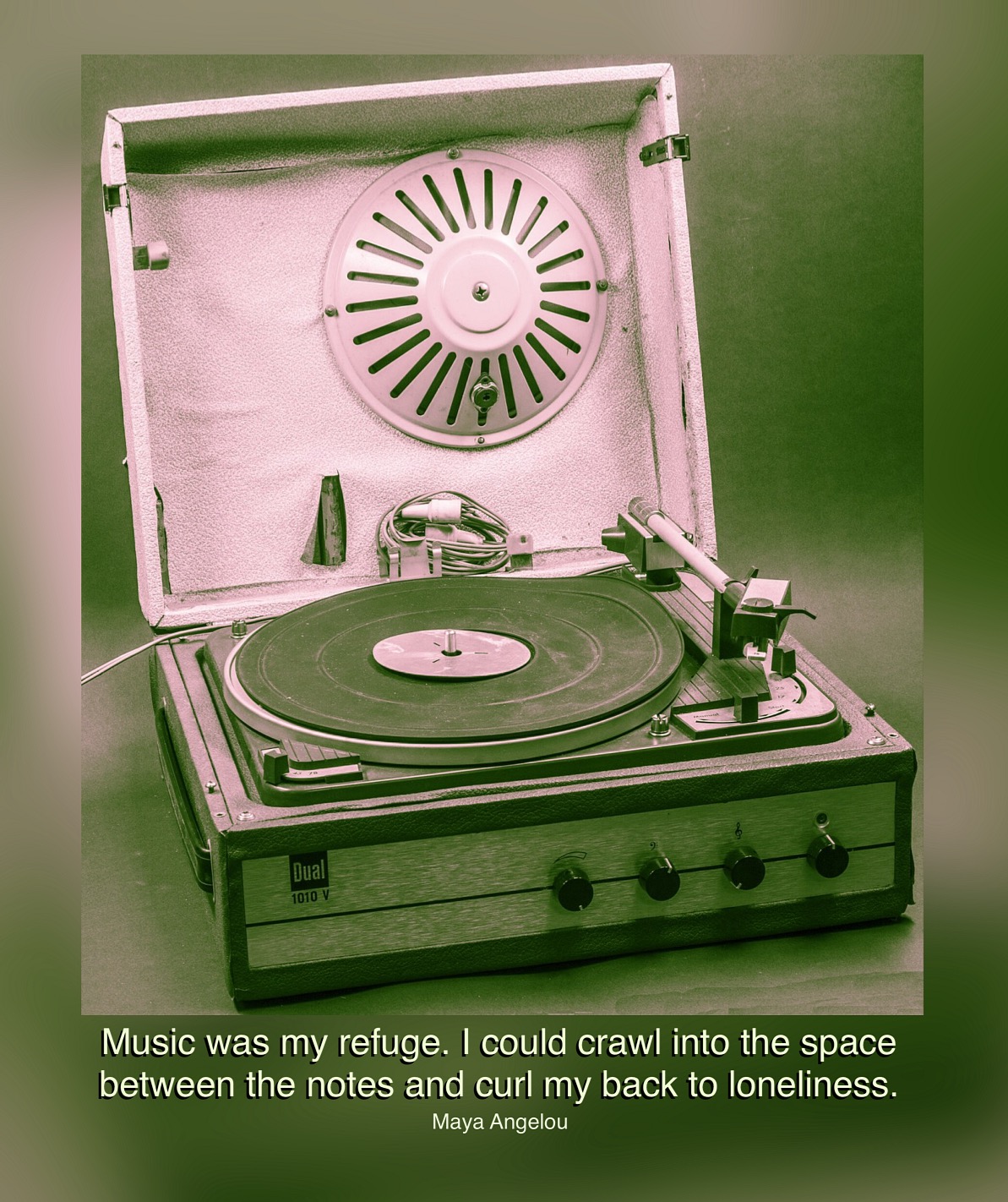 One of the most exciting things I was ever given was an old record player. Of course it wasn’t new, it came from Alex’s sister it law Penny, along with a stack of old 45rpm records, but I loved it. Alex explained that I had to be very careful not to scratch the shiny black discs or they wouldn’t work any more and, although I was only four or may even five, I did take care of those records and I still have them today although I have nothing to play them on.

The box of black vinyl records, each with coloured centres and brightly patterned paper covers, seemed like a treasure chest to me. There was great joy to be found laying on the floor and carefully placing a disc on the turntable then putting the needle on the dark strip at the very edge and waiting for the music to begin. It seemed like magic when the crackle gave way to a song that filled the room. 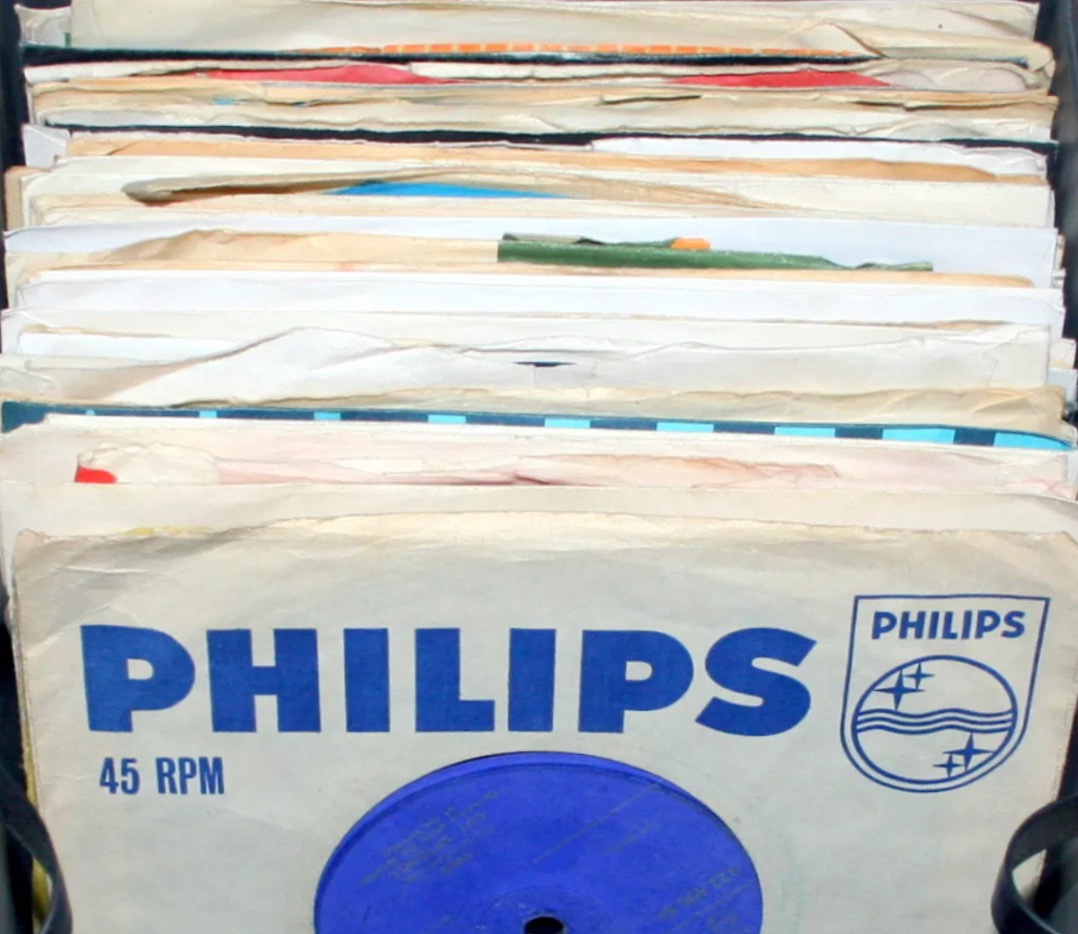 Some of Penny’s old, unwanted records were made before I was born, American songs like Only Sixteen by Craig Douglas and Robot Man by Connie Francis. Of course I’d never heard them before but I played each one over and over until I knew them by heart. Even today, just looking through the dusty old vinyl 45’s, I can remember all the words to every song and hear them as clearly in my mind as if I was playing them. 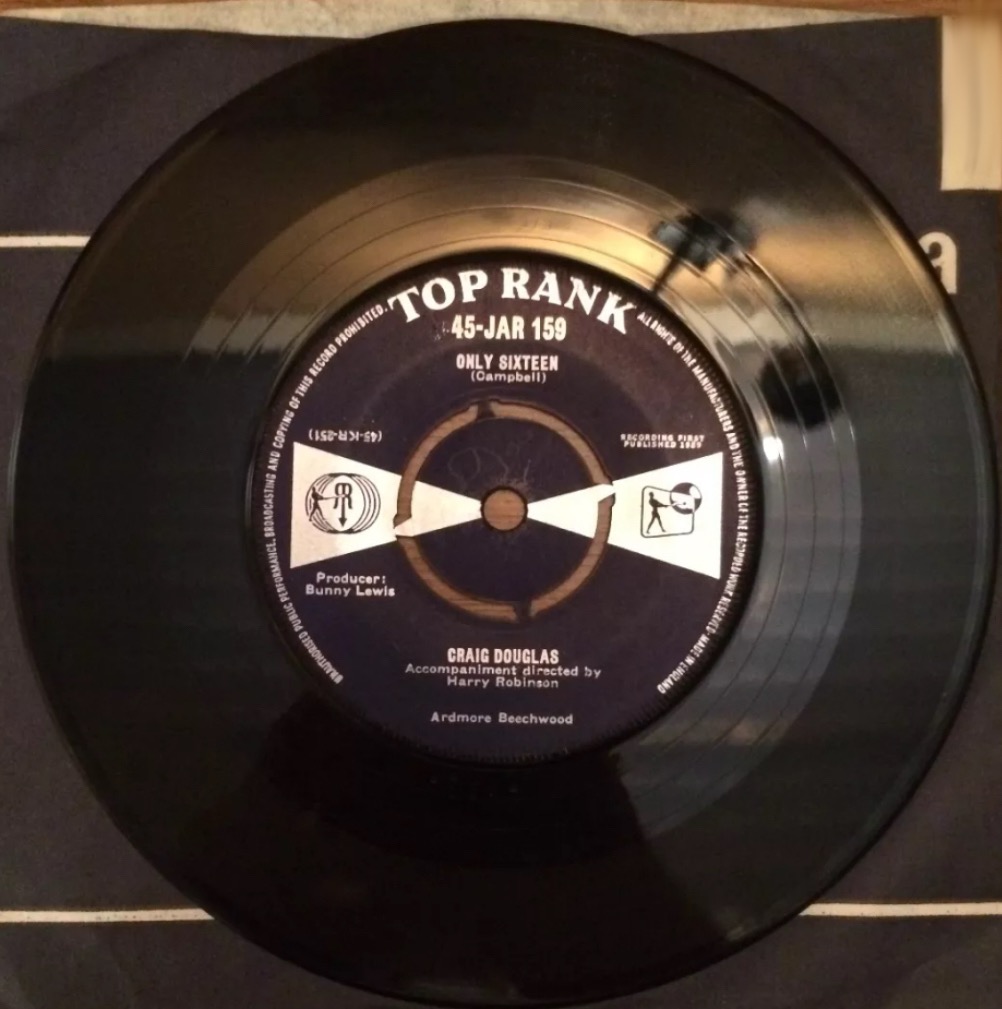 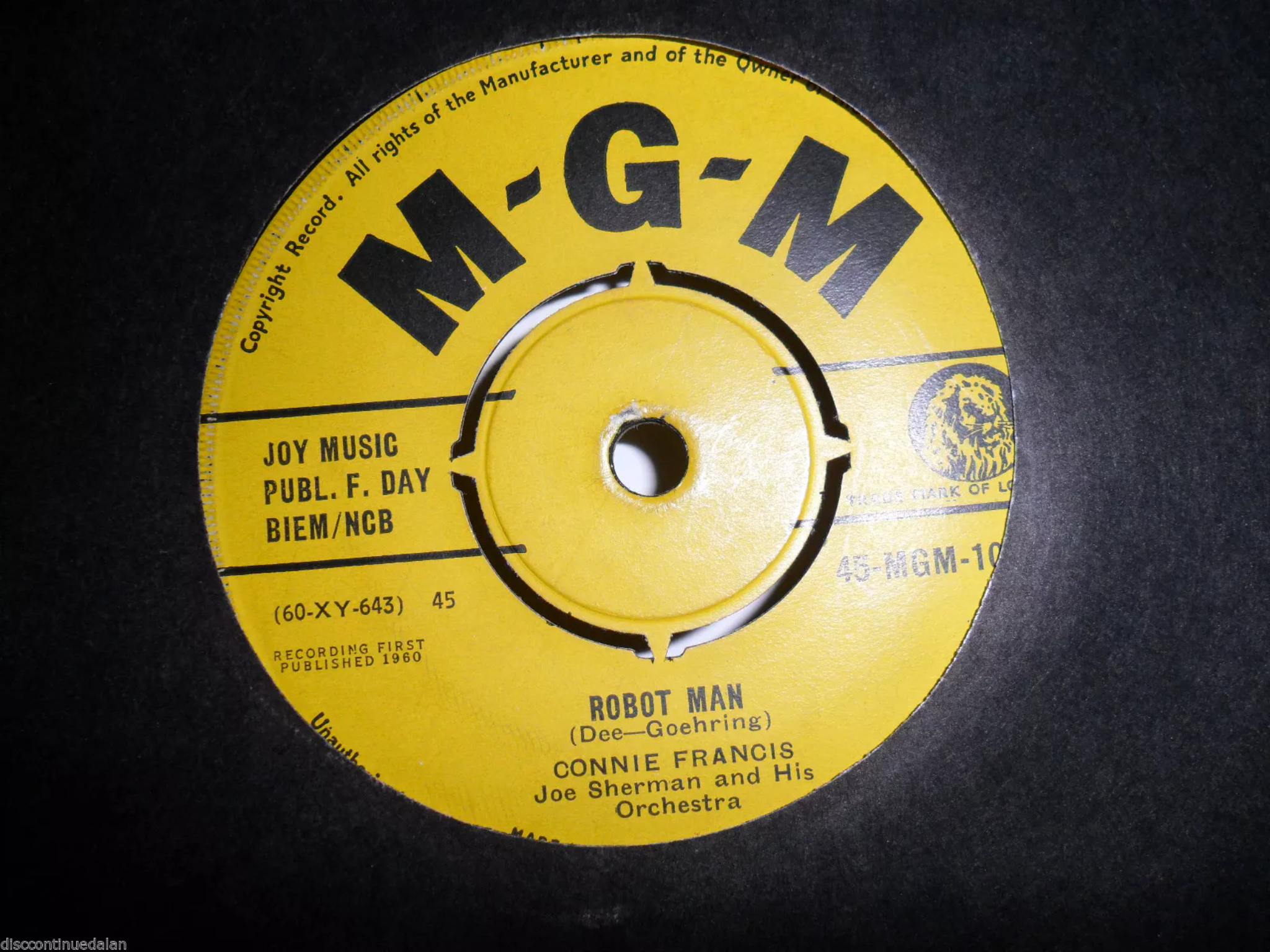 Each song seemed like a story, even if I might not have quite understood some of them at the time. There were several Everly Brothers records and, although I’d never seen them, I fell in love with their beautiful harmonising voices on songs like Till I Kissed You and When Will I Be Loved. One Everly Brothers record had a triangular centre, unlike all the others and it was badly warped but still played. Of all their songs the two on this warped disc were my favourites. Poor Jenny was the story of a fight at a party and the boy who left his girfriend behind because he couldn’t carry her so she ended up in jail. The other one, Take a Message to Mary always made me cry, the story about a man in prison was so sad. 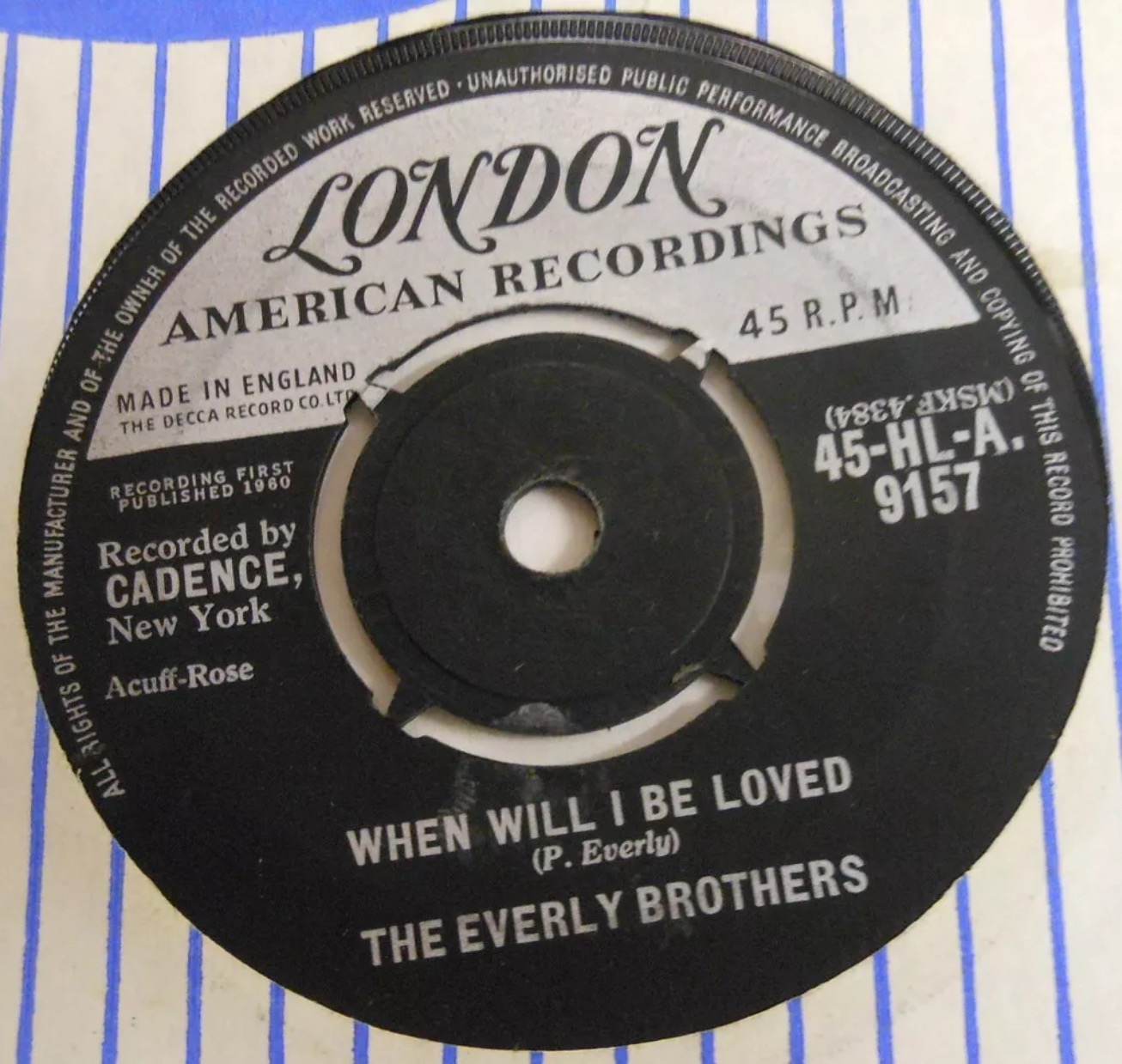 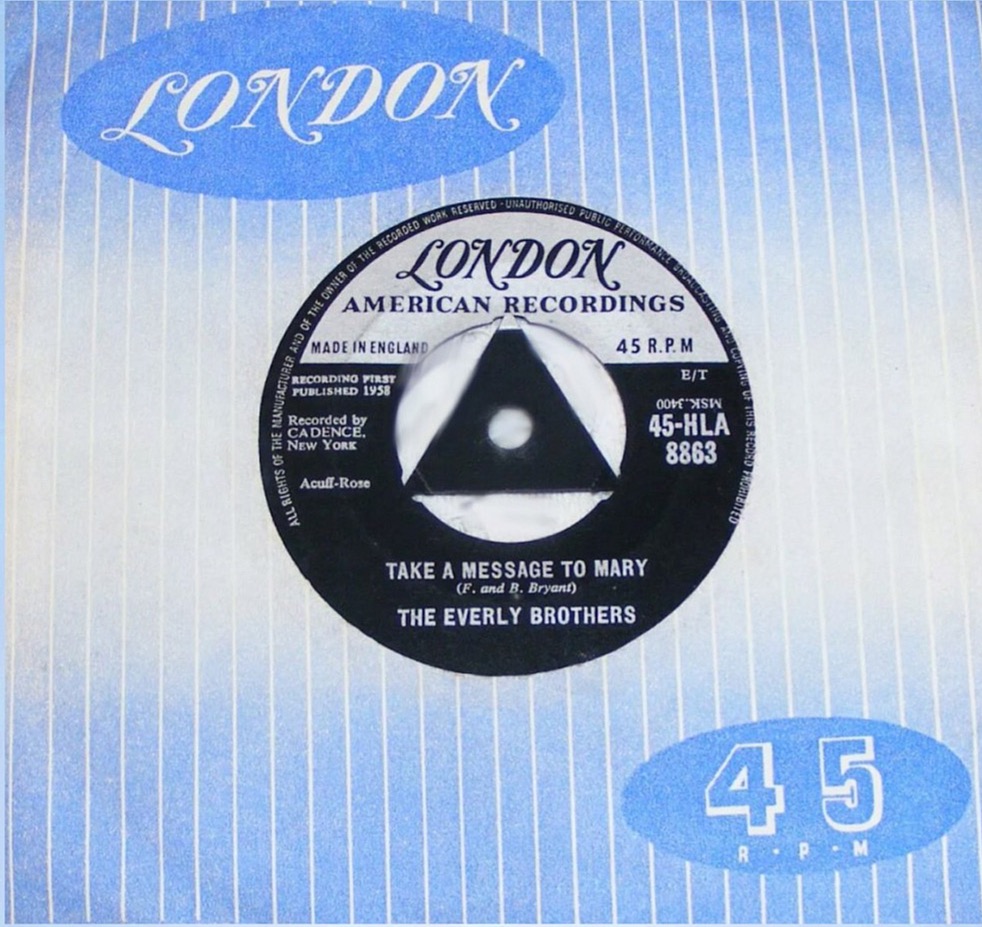 Not all the records were sad and two in particular made me smile and dance around. One was My Boy Lollipop by Millie Small a really cheerful happy song with a fast beat. The other was by a comedian I knew well from the TV, Charlie Drake, it was called Hello My Darlings, which was his catchphrase. At the end of the song he said, “I think I’ll go onto the other side and take a bath.” The B side of the record was Splish Splash and it began, “Splish Splash I was taking a bath…” I loved both sides and always had to play them one after the other. 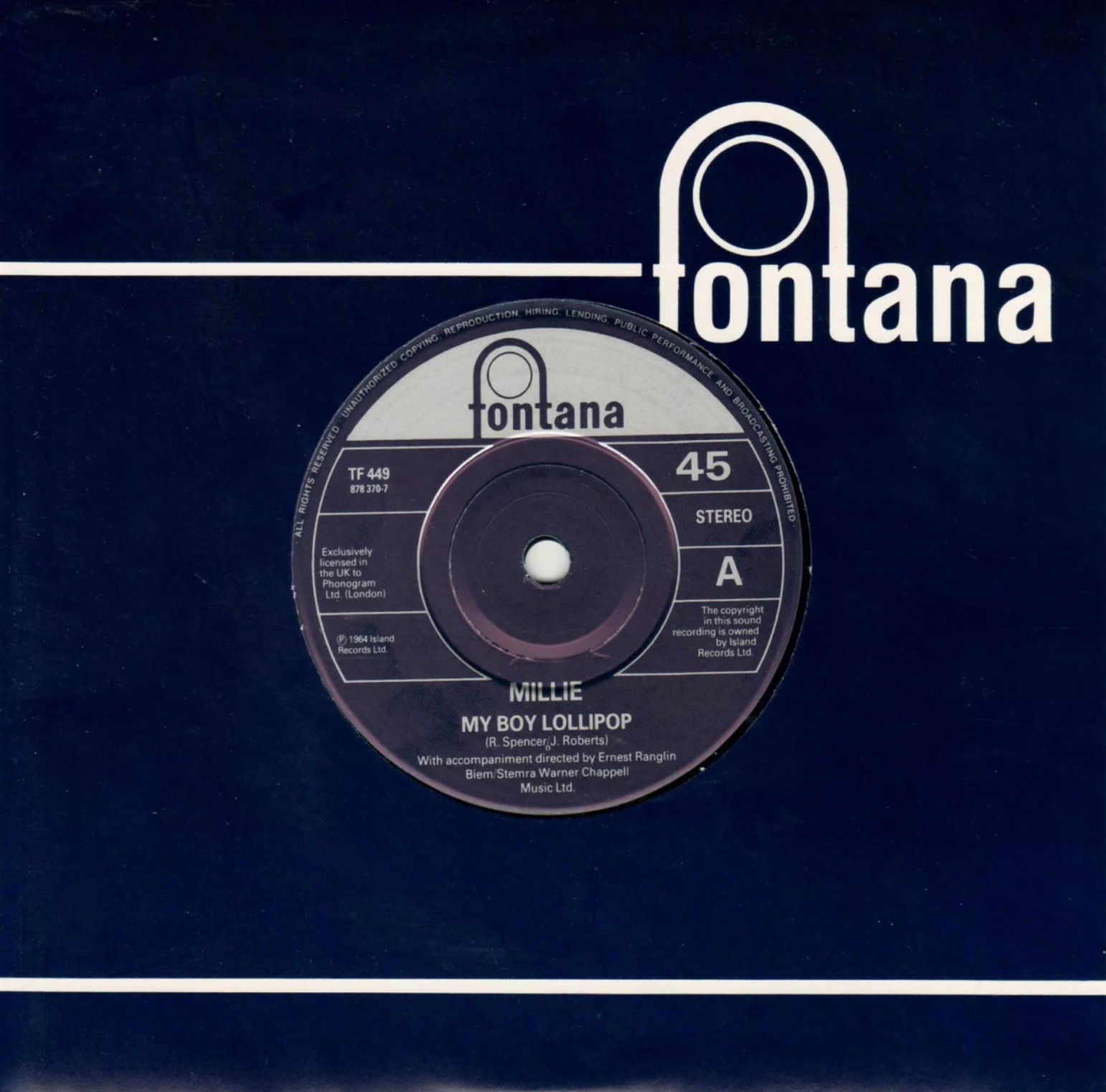 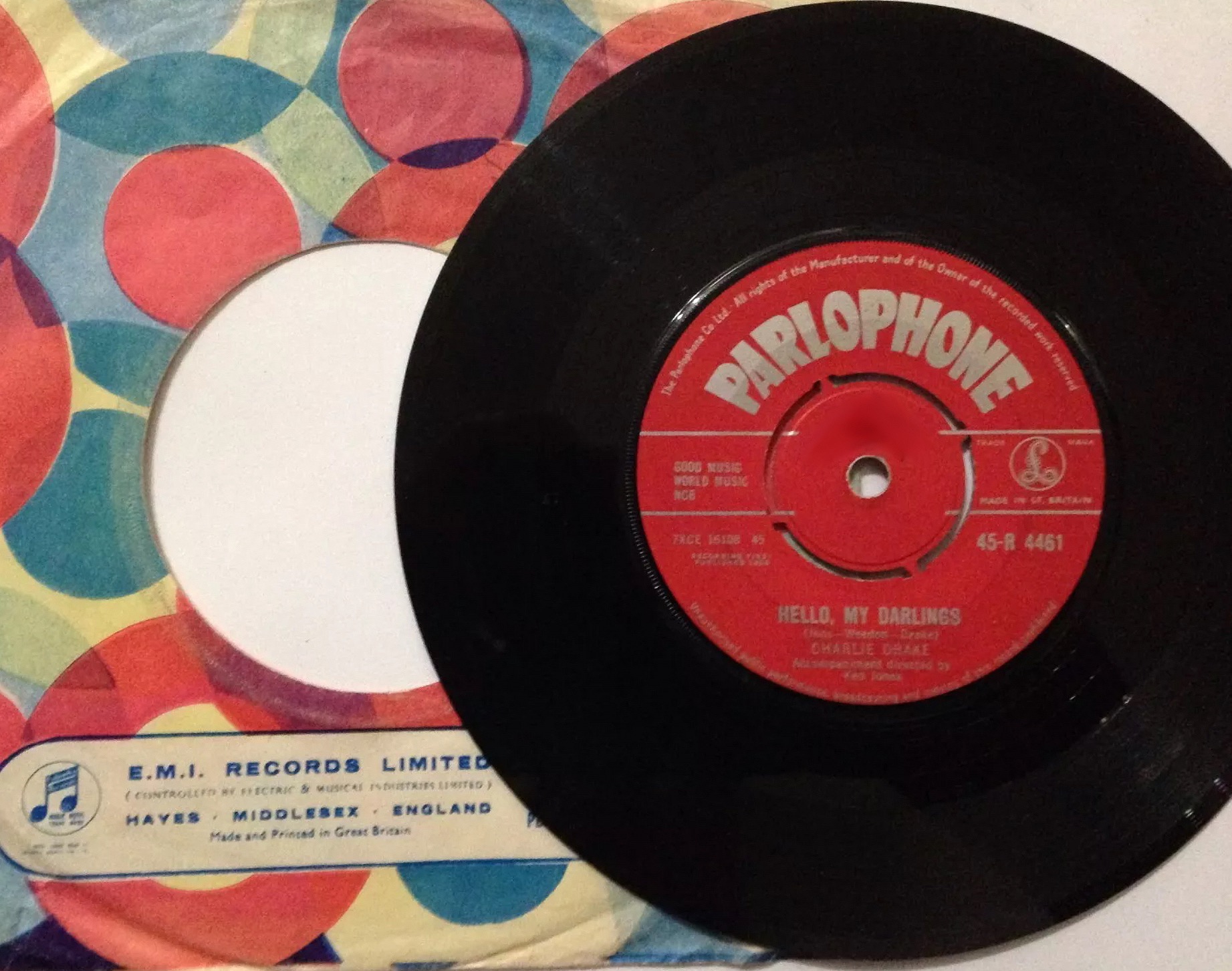 There was one record I wasn’t too keen on and hardly ever played because it had no words and even now the words of a song are the thing that really have meaning for me. The record was Telstar by the Tornados and little did I know, Heinz Burt, the leader of the band, lived just down the road in Eastleigh. Maybe if I’d known that I might have liked it better. 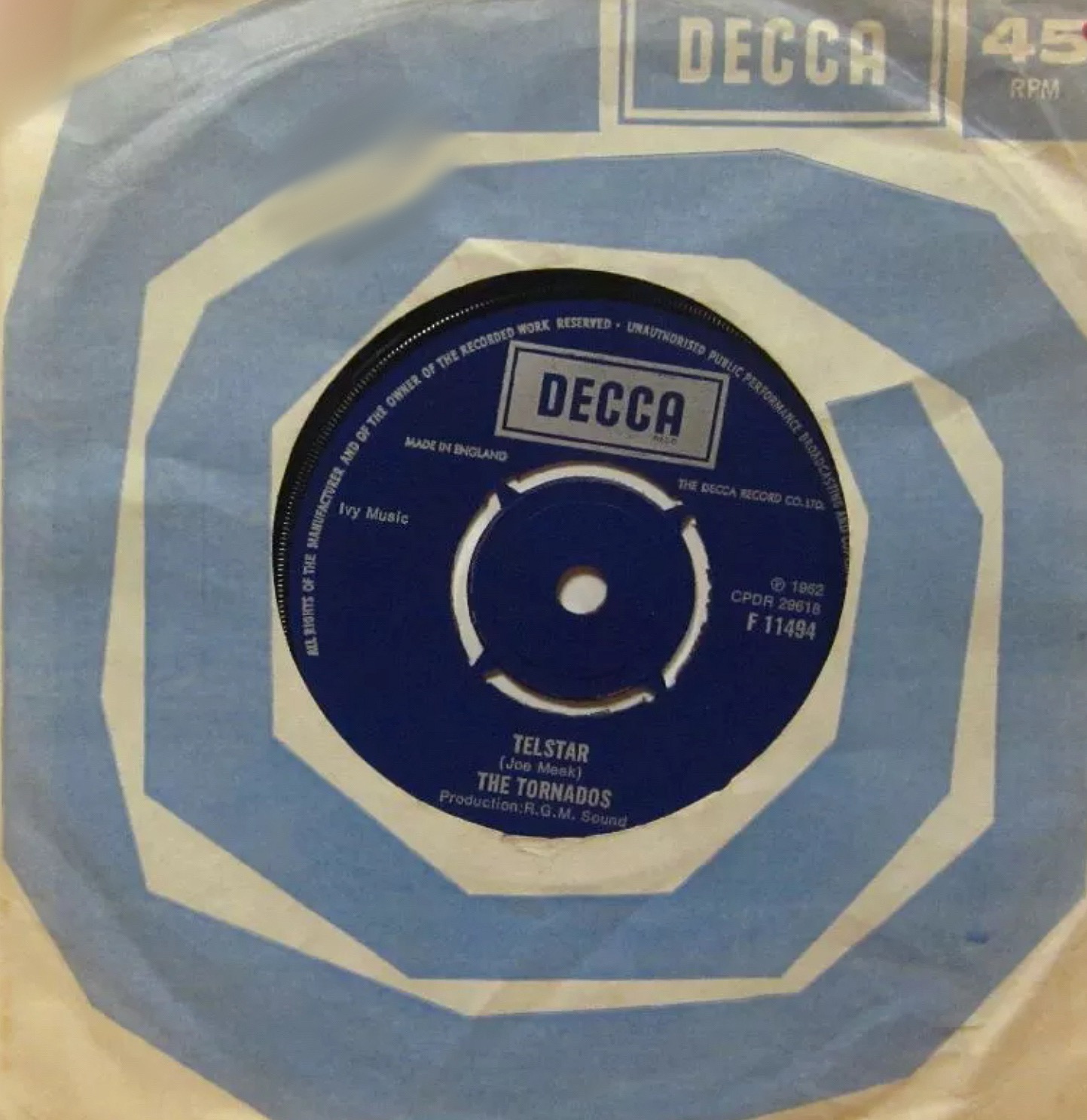 That pile of crackly vinyl singles and the little record player was the start of a lifelong love of music. Little did I imagine that one day I would be able to carry thousands and thousands of songs around in my pocket on a little oblong box smaller than a matchbox and even plug it in so I could listen in my car. How times have changed since the sixties!