There always seem to be lots of odd photos sitting in my photo archive that don’t make it into posts for one reason or another and I thought, why don’t I put them together? So I’m giving you a little peek into my archives to the photos that didn’t quite make it…

The first photo is very old. Taken in around 1980 somewhere in London. My friend’s boyfriend’s Triumph Bonneville had broken down and I was helping to fix it at the side of the road. It proved unfixable and I along with my friend, ended up getting the train home, leaving the boyfriend and the bike behind. 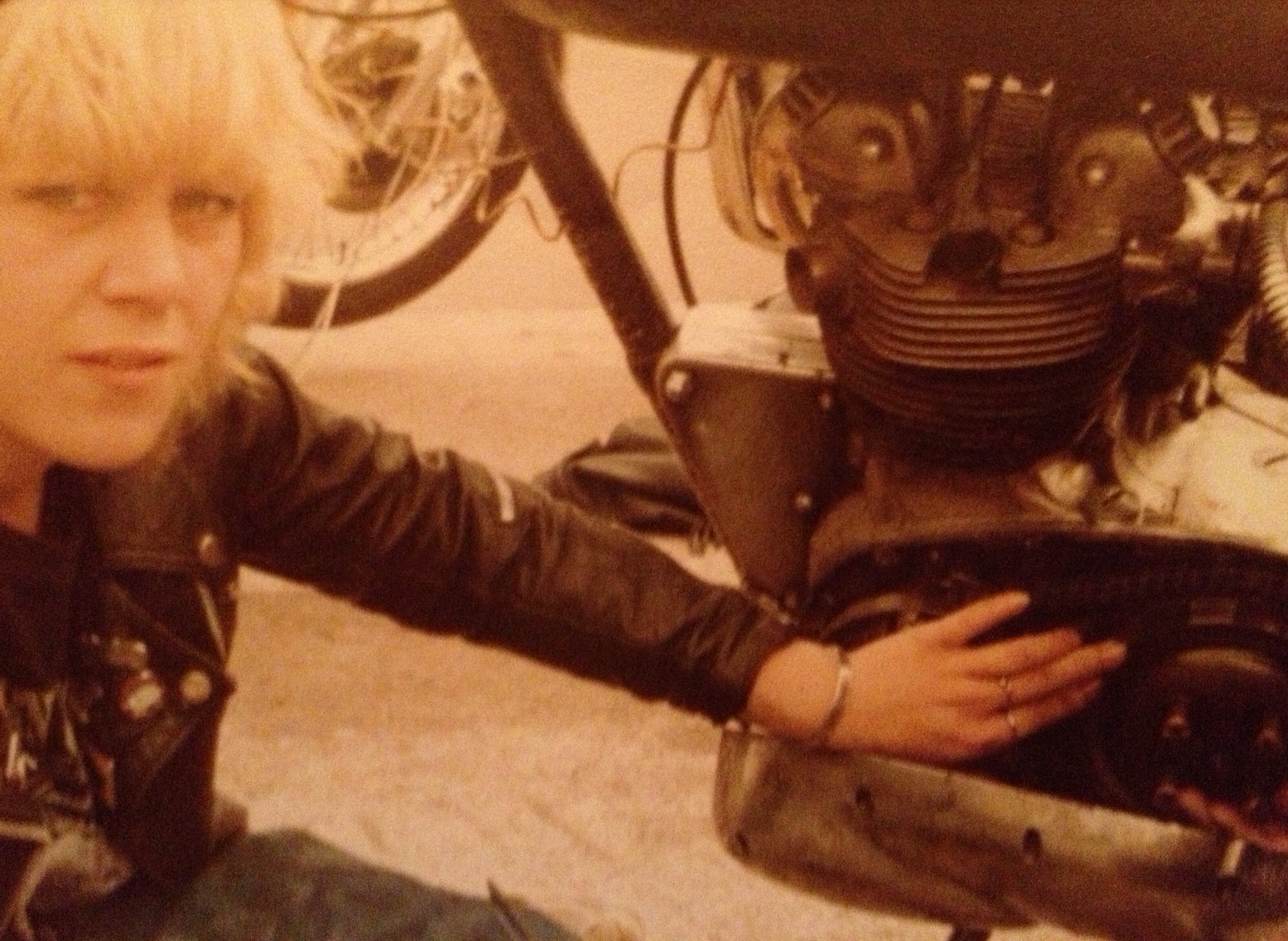 The next photo was taken in Ilfracombe by Philo. Judging by CJ and Bard it was probably around 1994 or 1995. We’d been walking around the town for ages and I remember my feet hurting but not a lot else. 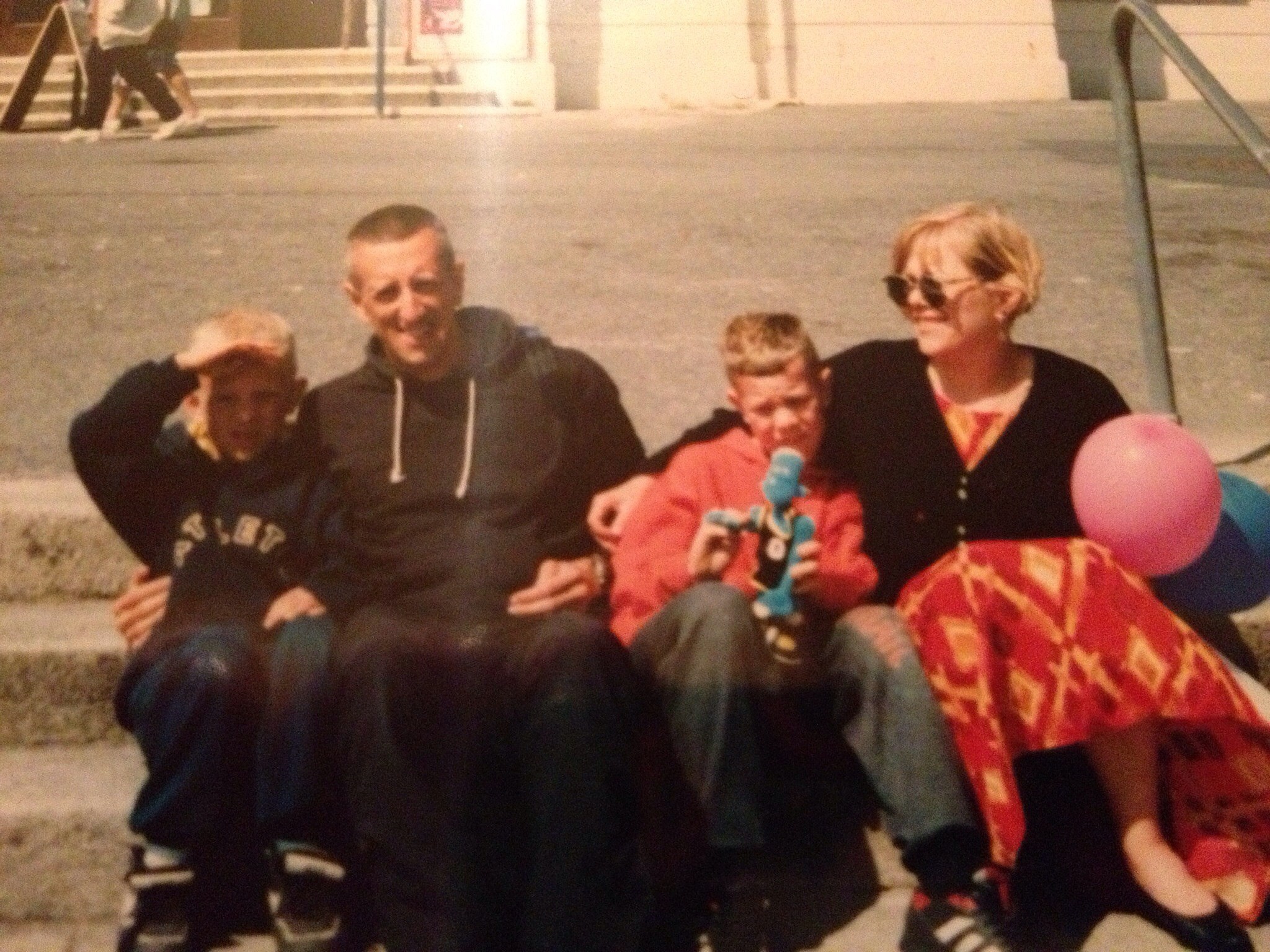 Commando found the next picture, taken in around 1996, kicking around somewhere and scanned it. It may not be the clearest or most remarkable of pictures but it’s been sitting in my photo stream for ages waiting for me to do something with it. Obviously it was taken at Stonehenge and it shows me, pulling a stupid face, with CJ and Bard. I’m guessing either Philo or Commando took it. Check out those knees! 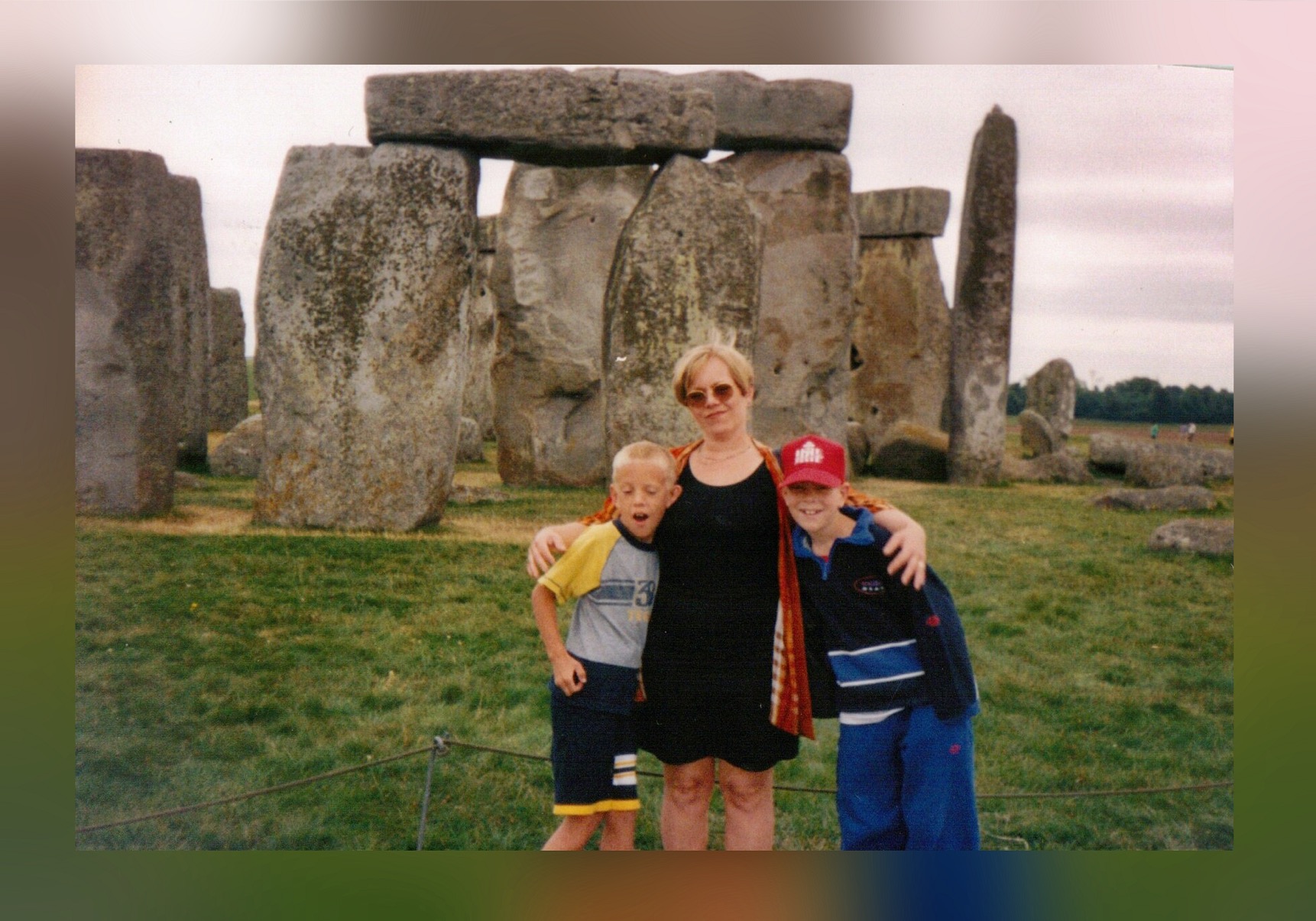 The next was taken in a small cafe in Normandy by Commando in the late 1990’s. It may have been Bayeux but I’m not sure. We were drinking hot chocolate, that much I do remember. 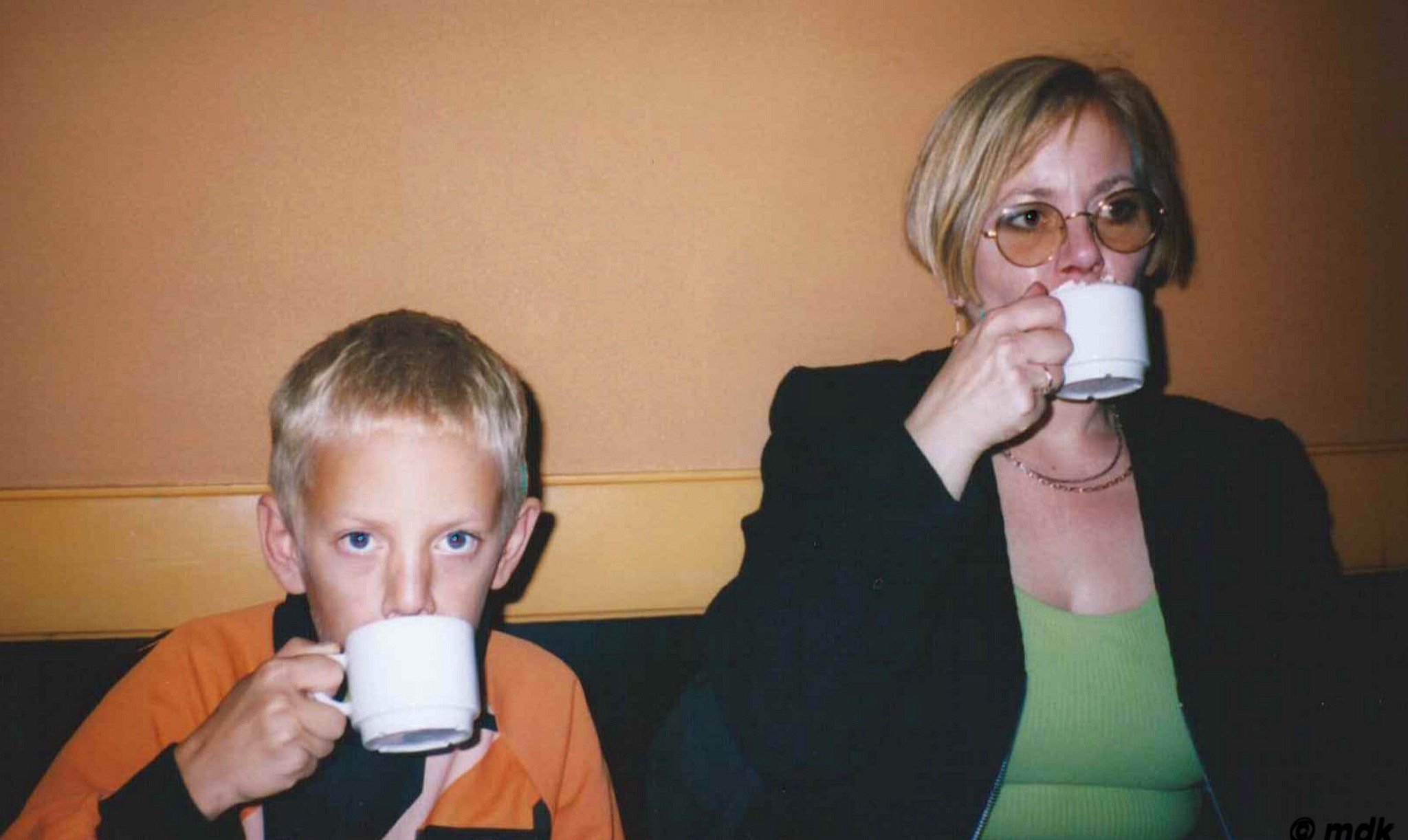 Another old photo, this one from a holiday in Naples in 2010. Commando and I were sitting in a bar on the waterfront enjoying the sun and he snapped this. For once it’s a picture of myself I actually like, which is very unusual. 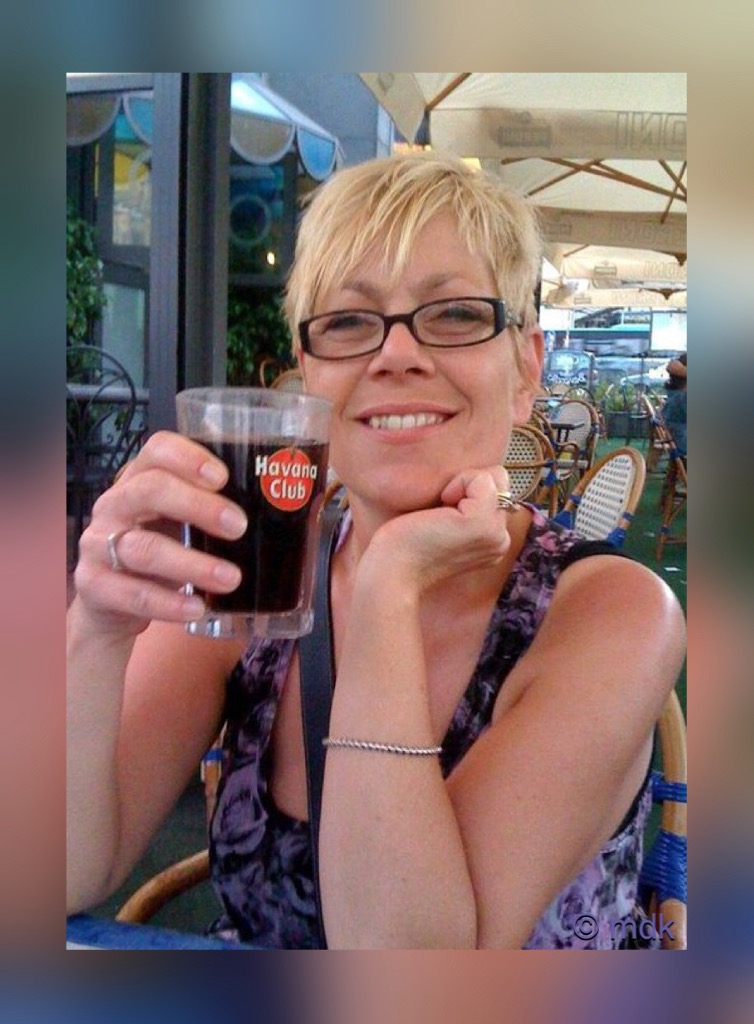 In June 2012 His Holiness the Dalai Lama gave an audience at the football stadium in Aldershot. Sirona and Philo got me tickets and we went together. It may not have been a one to one conversation with the great man but it was an inspiring day and I took a photograph as he walked around the perimeter of the stadium. Oddly, one of the monks took a picture of me taking a picture of him. Very strange. 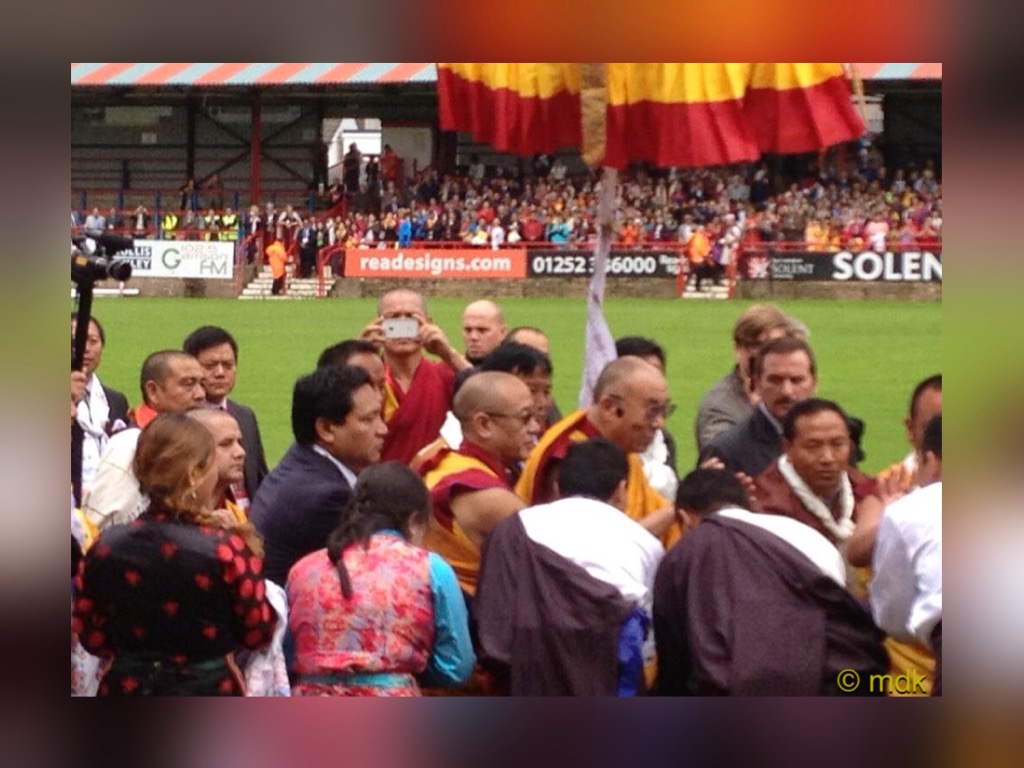 Sometimes, when I’m walking I see something that captures my attention. Obviously, if I’m on a proper walk that I write a post about, it usually gets included. Often though there will be random photos taken when I’m out and about but not on a real walk. The following is a crumbling old house I passed one day in February 2015 in the village. It looks as if it’s derelict and something about dilapidation always attracts me so I snapped it but I never got a chance to use it. 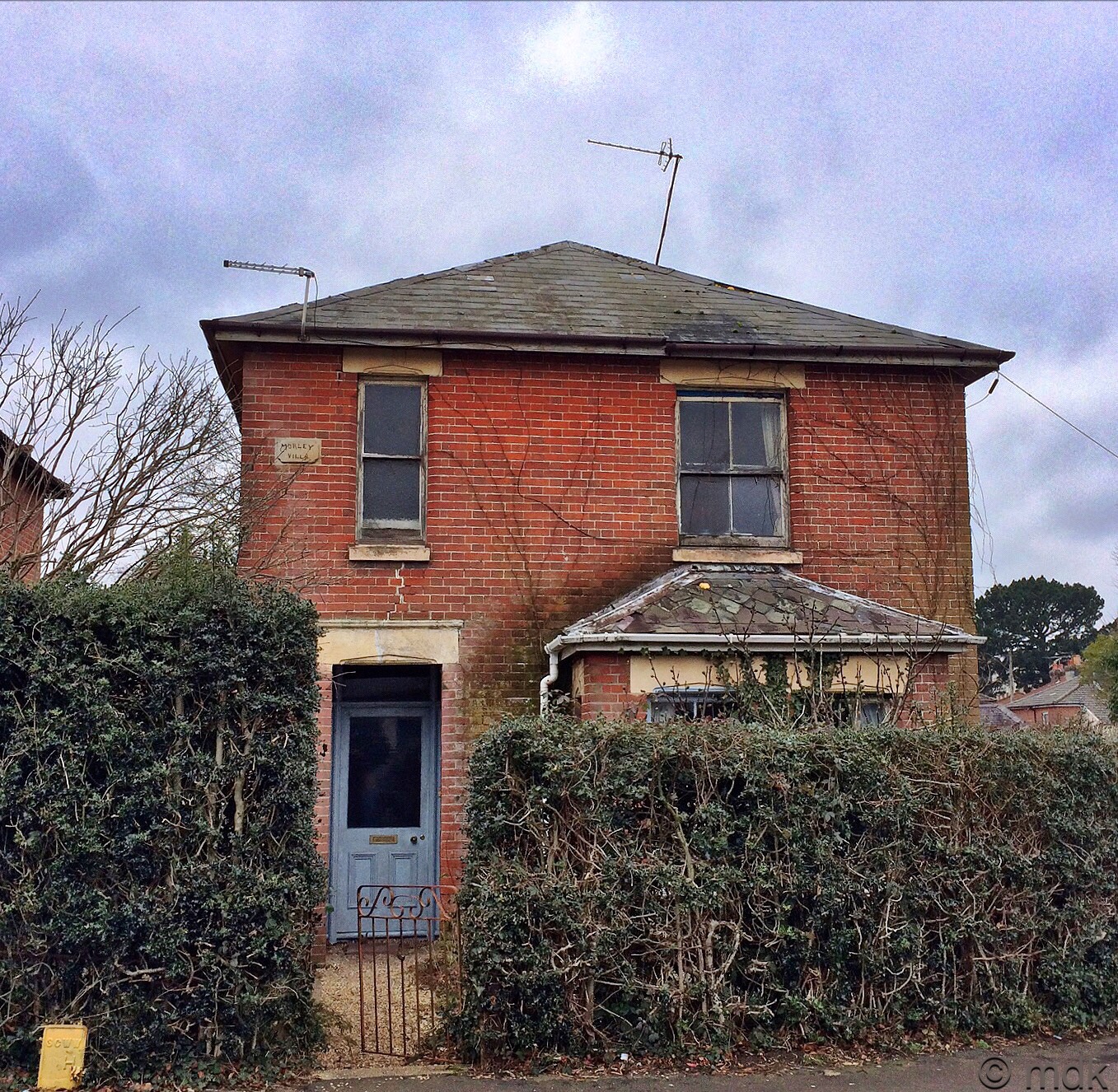 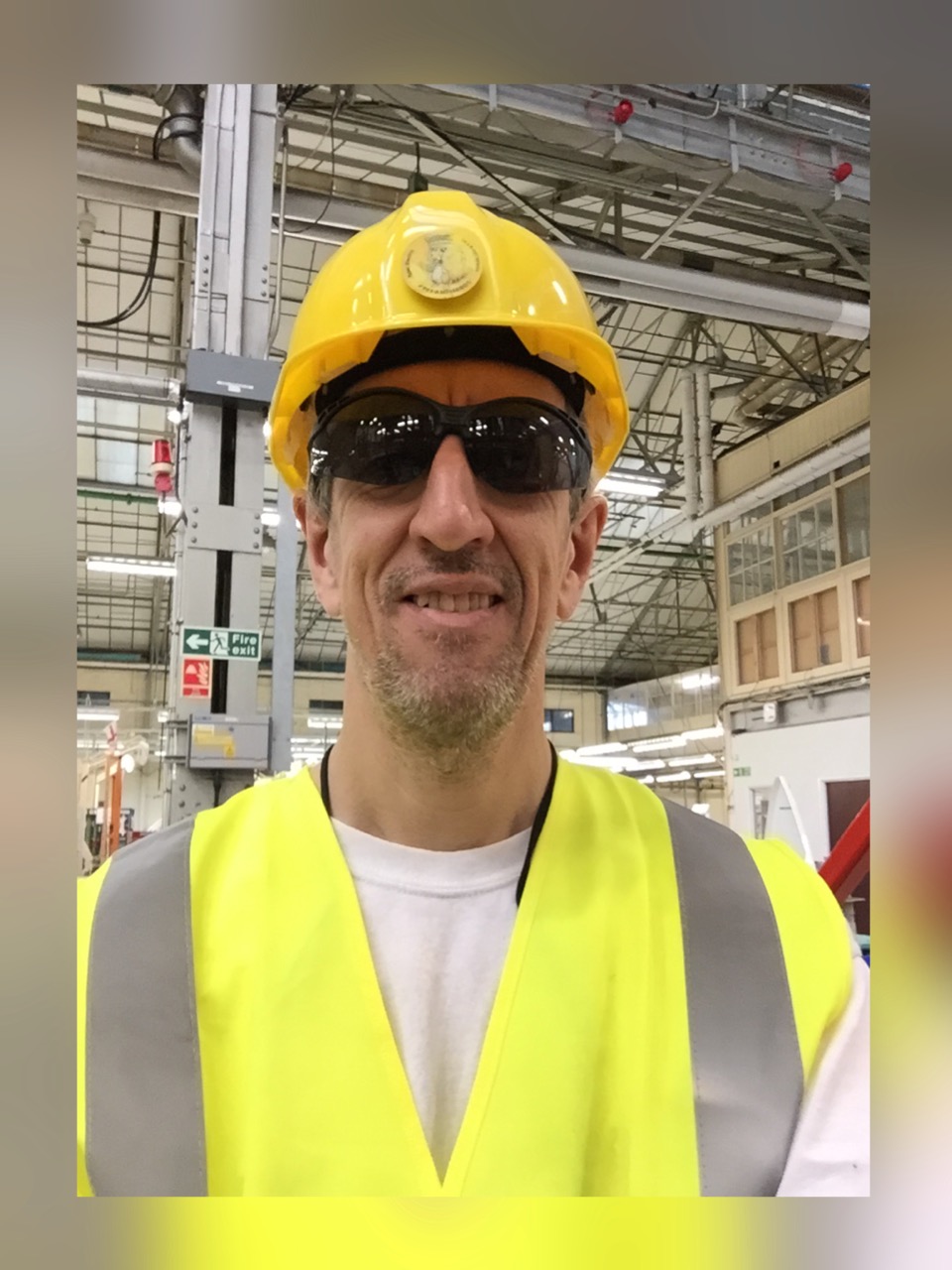 In May 2015, there were a lot of grumbles on the Southampton Heritage Facebook Page about modern buildings in the city. The general consensus was that nothing decent had been built since the beginning of the twentieth century. This wasn’t something I agreed with and I planned to write a post to prove modern Southampton could be attractive too. It got as far as a few photos of modern buildings I liked but didn’t actually go any further. The following are a few of those photos. The first is a building in Above Bar, the next two are WestQuay from the Above Bar entrance. I love the way the building snakes and the wonderful glass roof. Finally a row of houses near a Northam Bridge that I have always liked the look of. 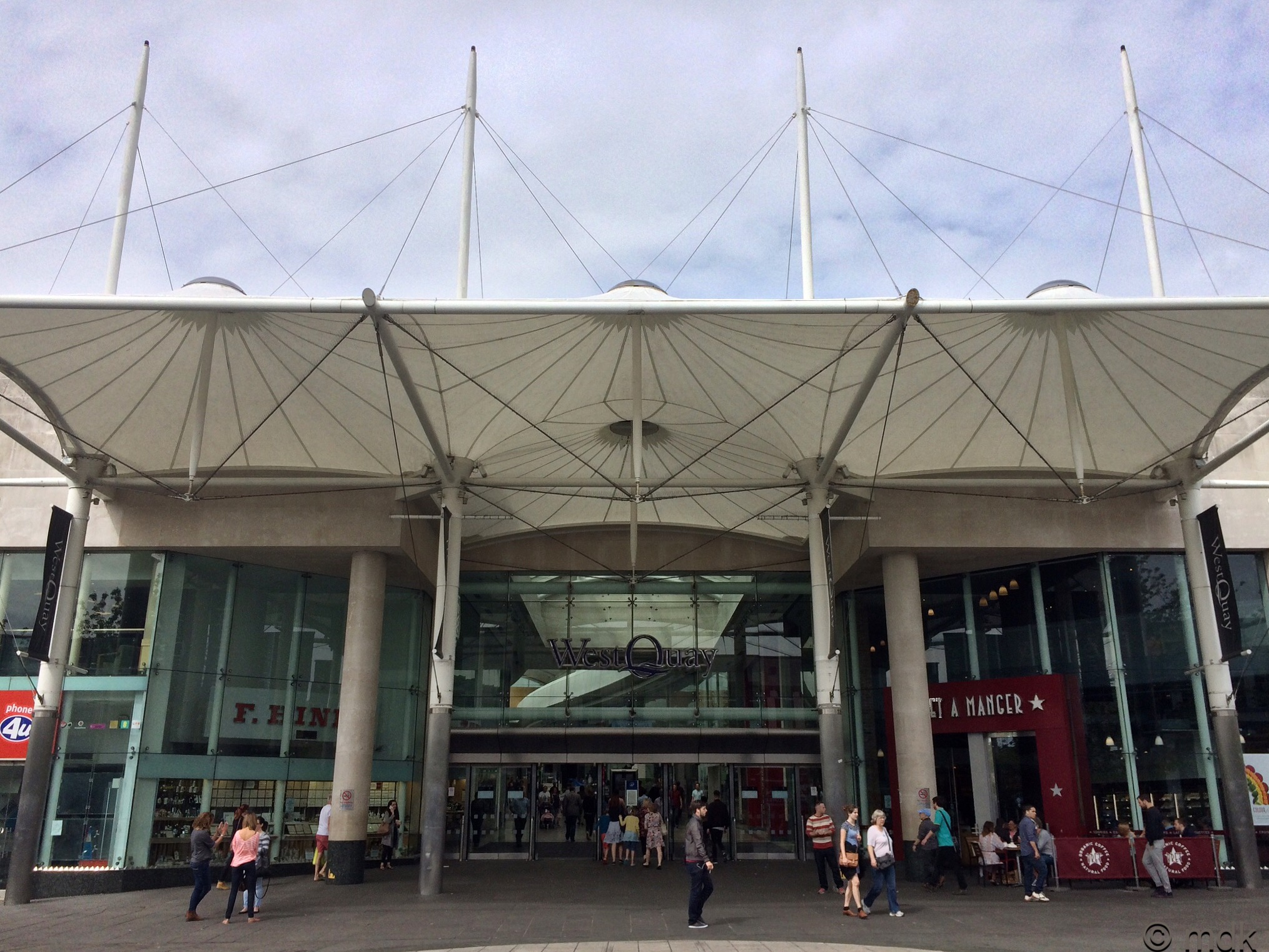 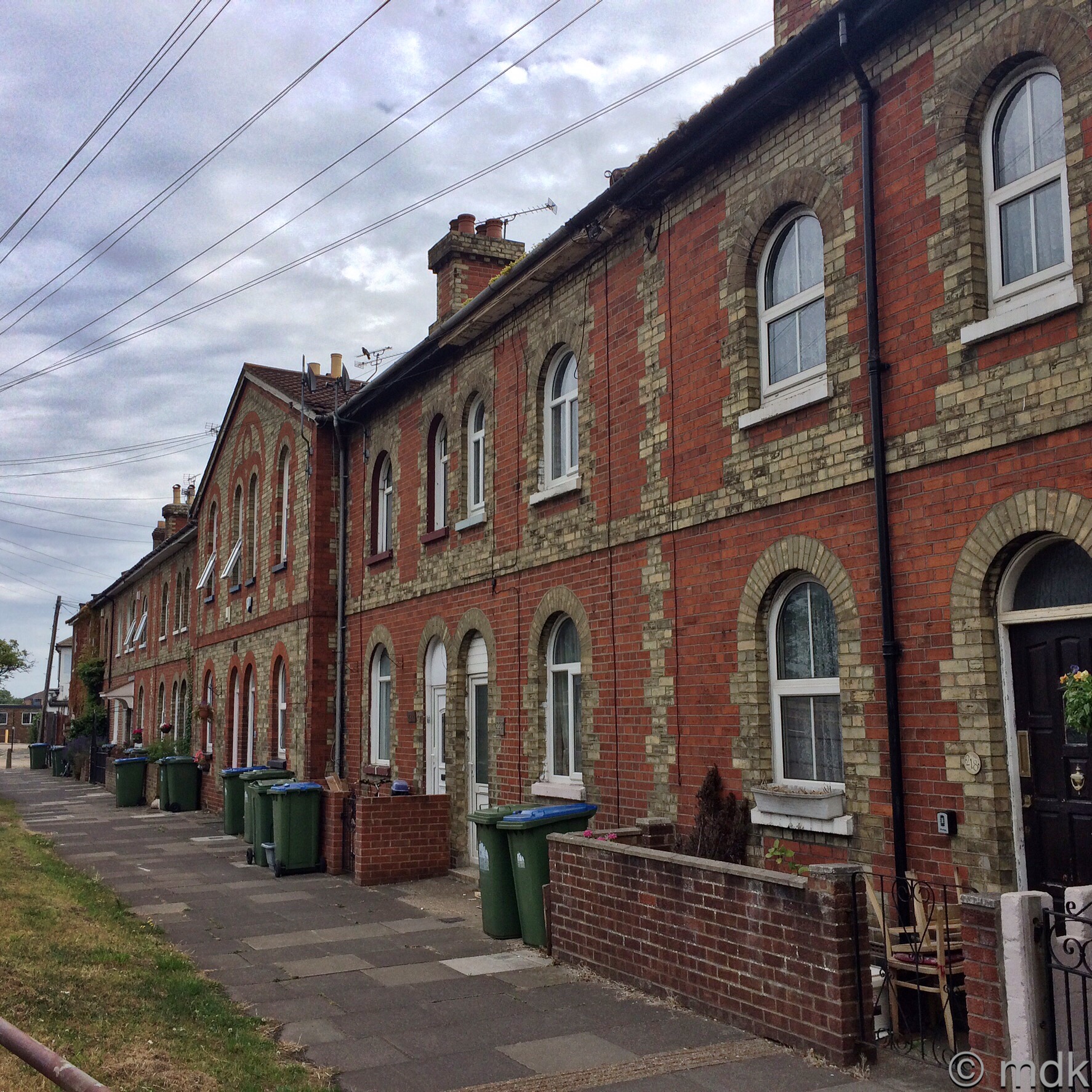 Another of those just going from A to B photos was taken as I walked through St Mary’s. Something about the old fashioned bakers shop, the name and the strained glass over the door captured my imagination but the picture never got used. 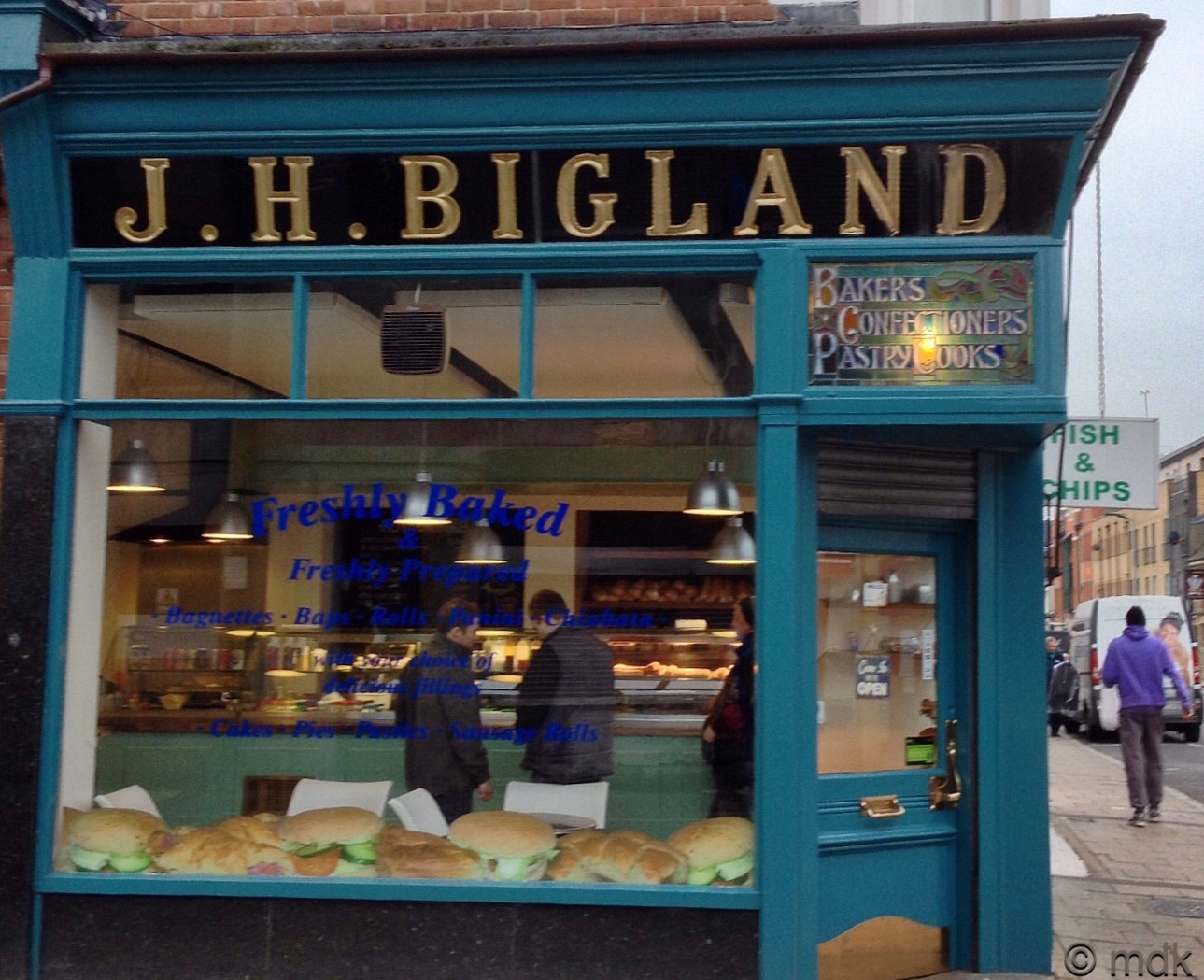 The following are a duo of flower photos I never used, taken on ‘non walks’ in the late summer of 2015. They were too pretty to just delete so I kept them. 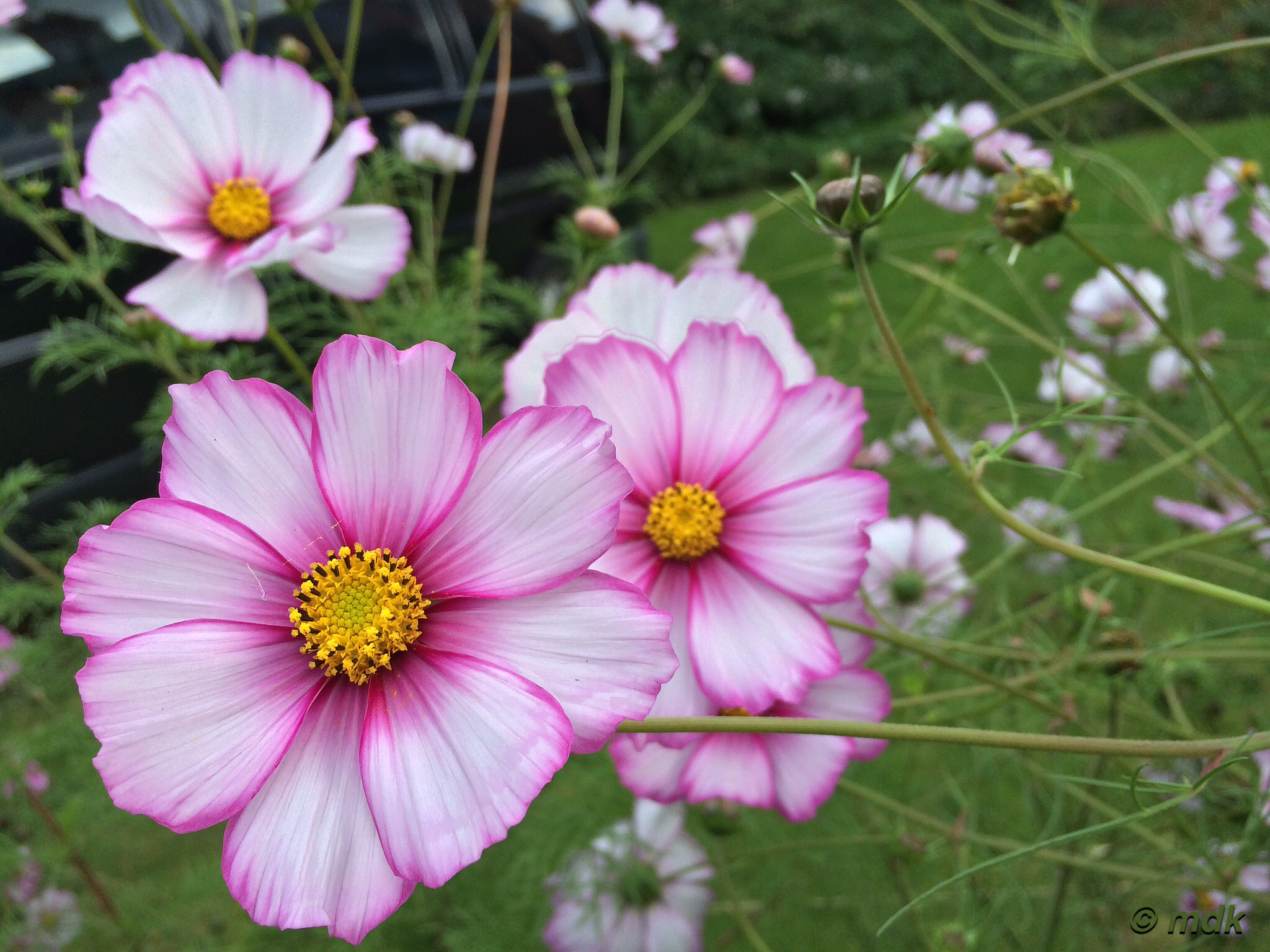 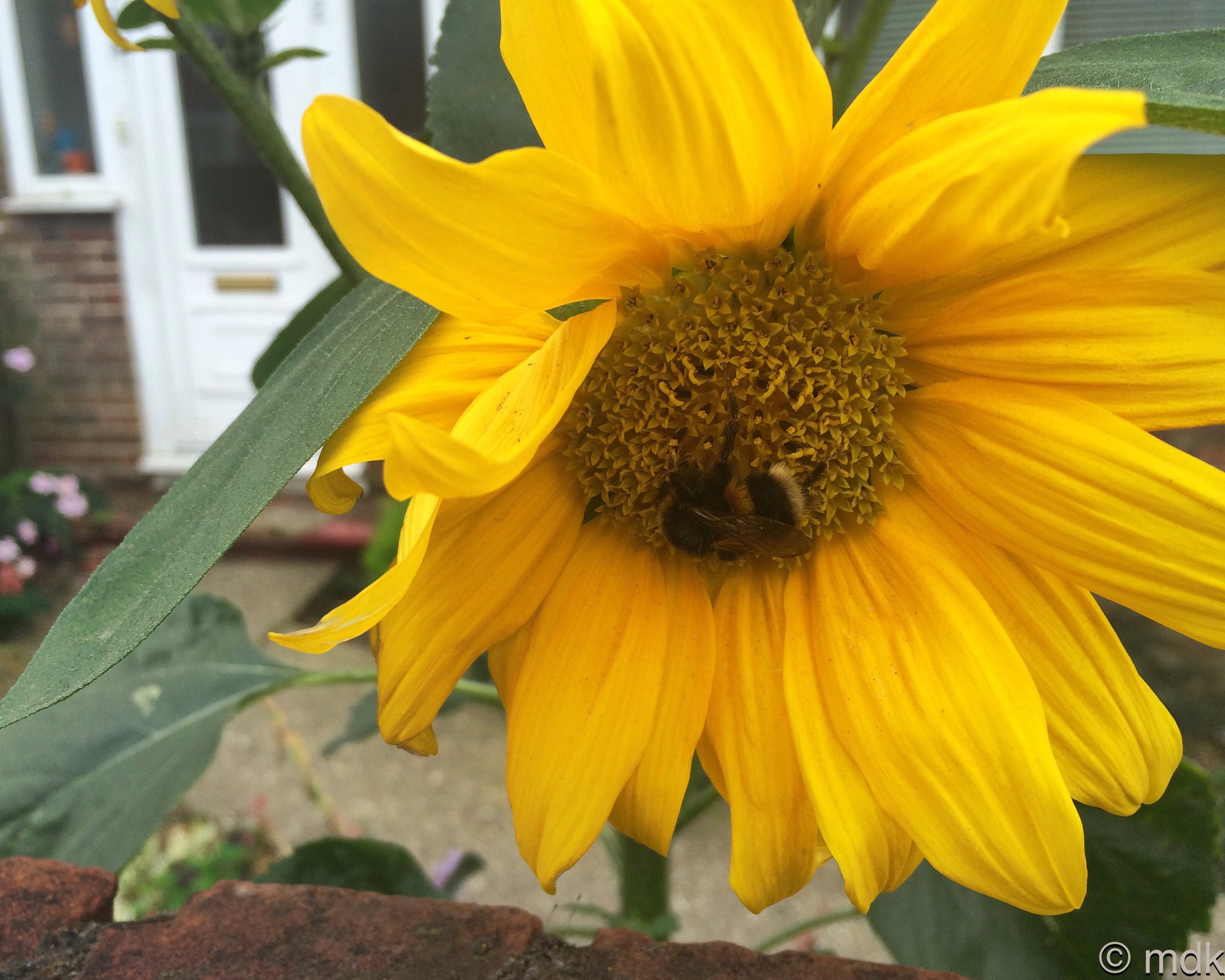 When CJ and I went for a wander around London in July 2015 we visited a very odd cafe. It was called The Attendant and was in a disused underground  toilet complete with urinals. Near the entrance there was a graffiti wall where customers could write comments. The picture below is the comment CJ wrote. 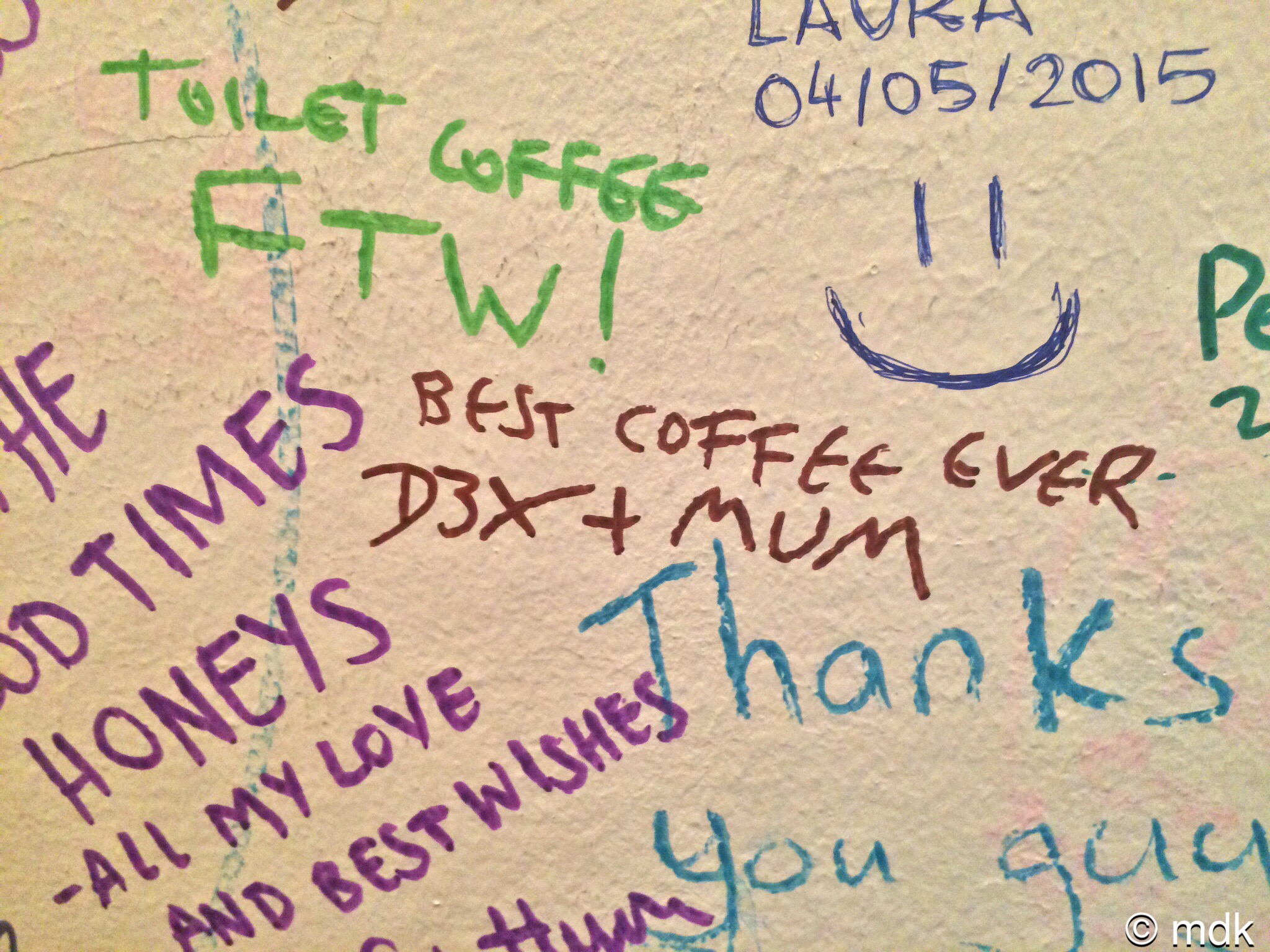 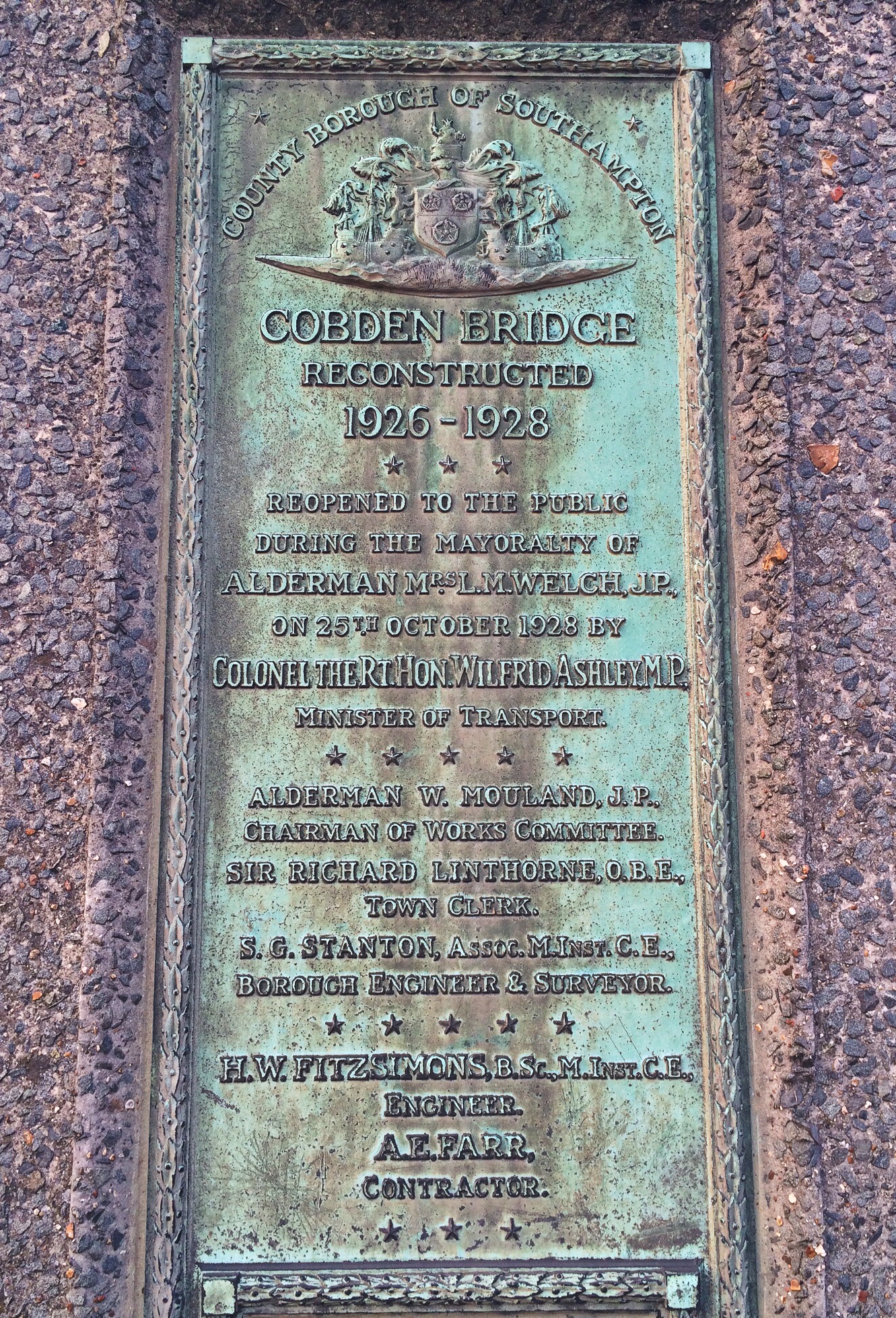 Then there are a trio from Cananda in 2015. The first is the odd art on the wall in our Gravenhurst motel. Something about it made me smile.  The next is a strange sculpture sticking out of the side of a building when we were off hunting for bananas for Commando. Believe it or not the wheels on the truck were still going around. The third is of a sign that made us laugh, especially as a few days before Commando had eaten a monster breakfast burrito in New York that had some rather unfortunate consequences on his digestive system. 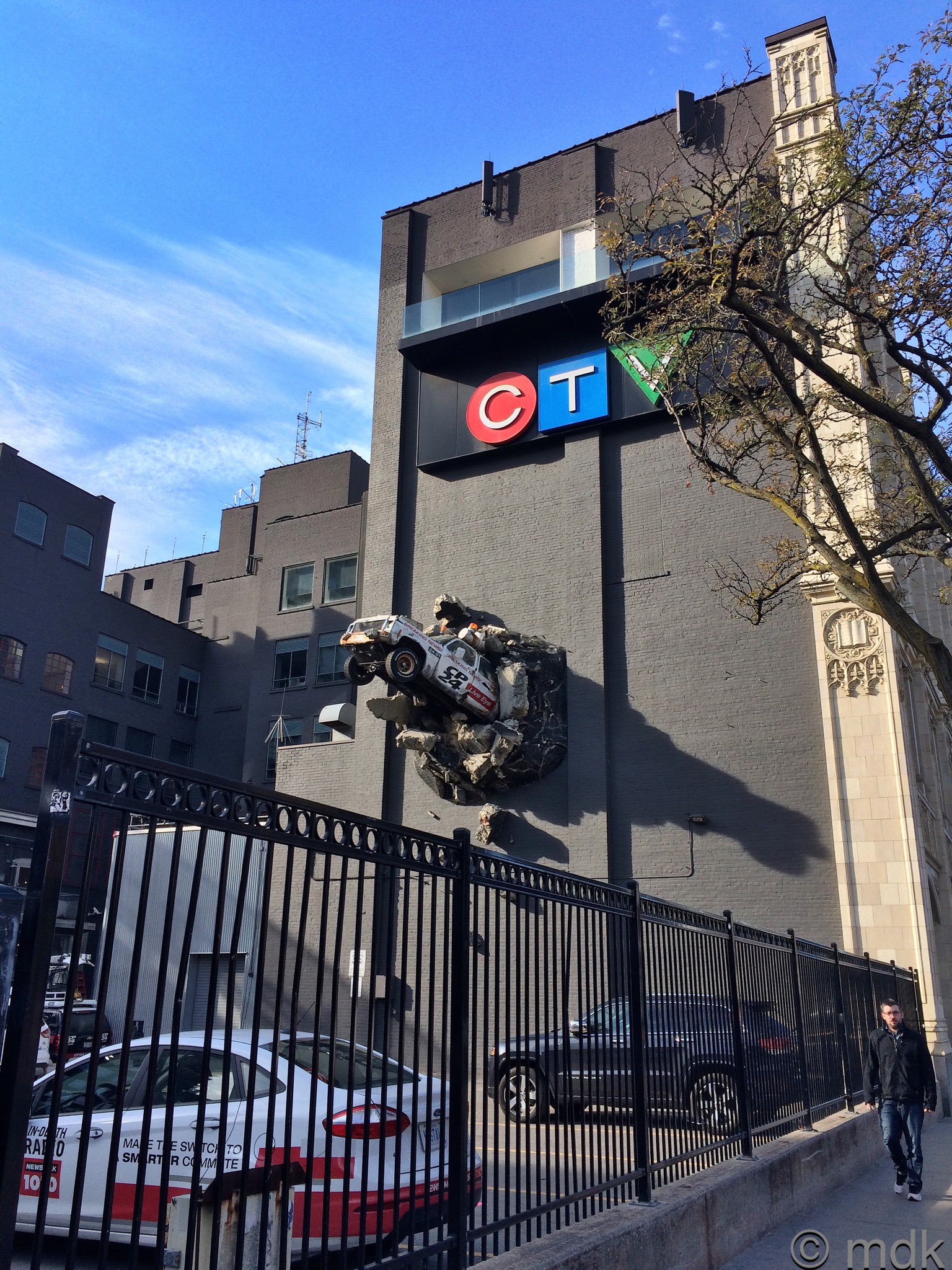 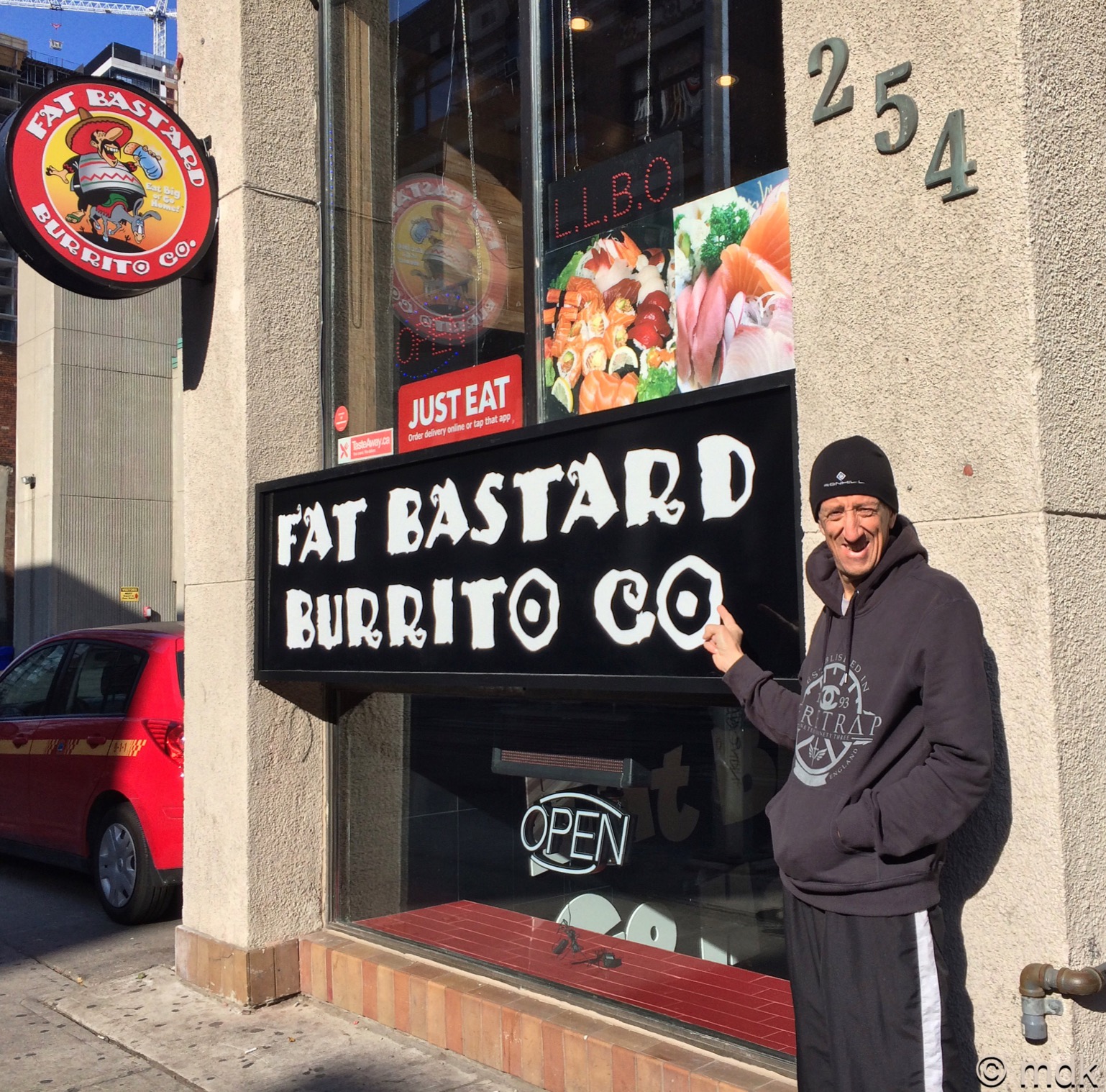 Then there were a few close ups of details from the Gun House in Hamble from December 2015. The post was already photo heavy and I knew I would go back and find out more about the Gun House later so I didn’t include them. They were pretty interesting though, or at least I thought so and I couldnt quite bring myself to delete them. 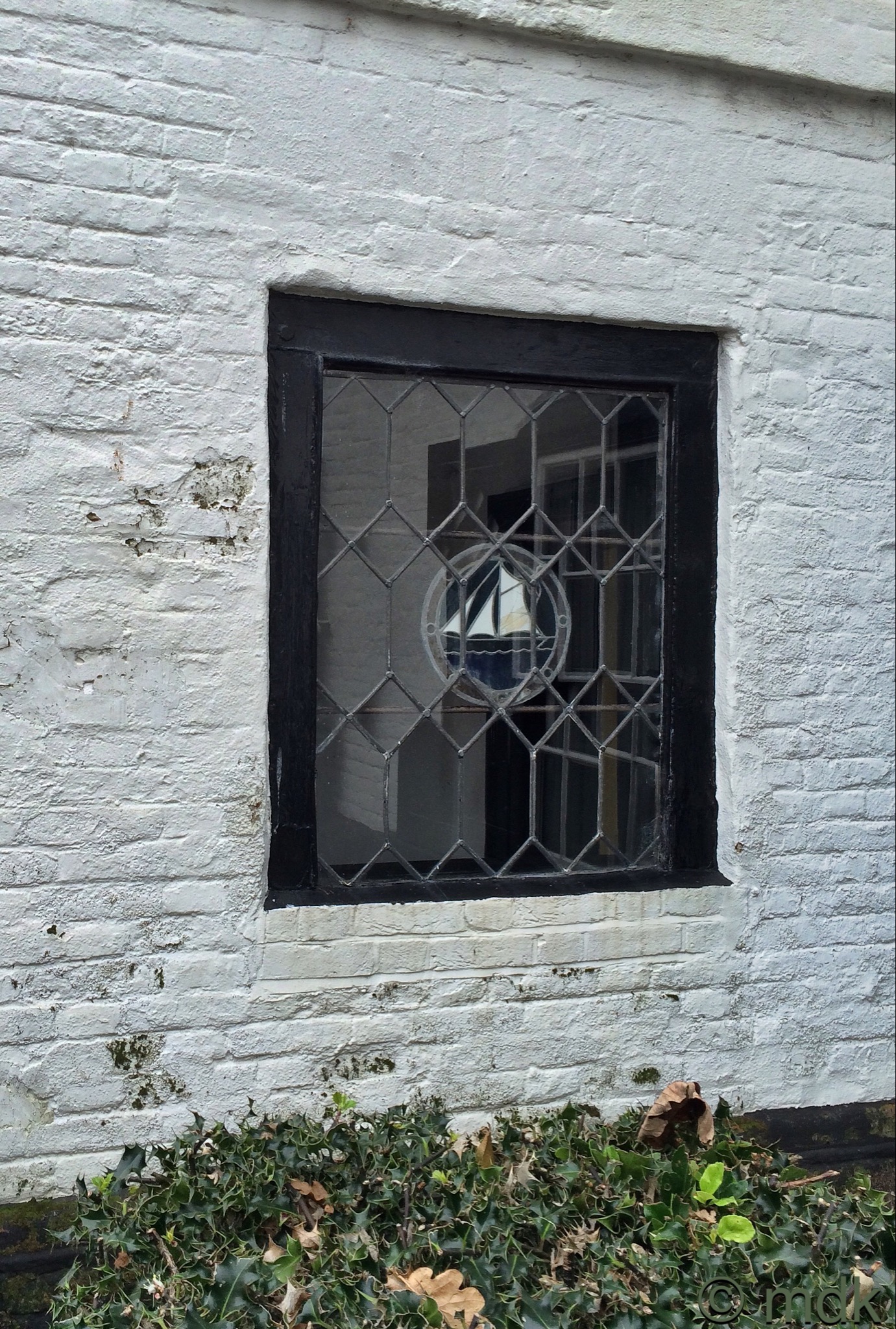 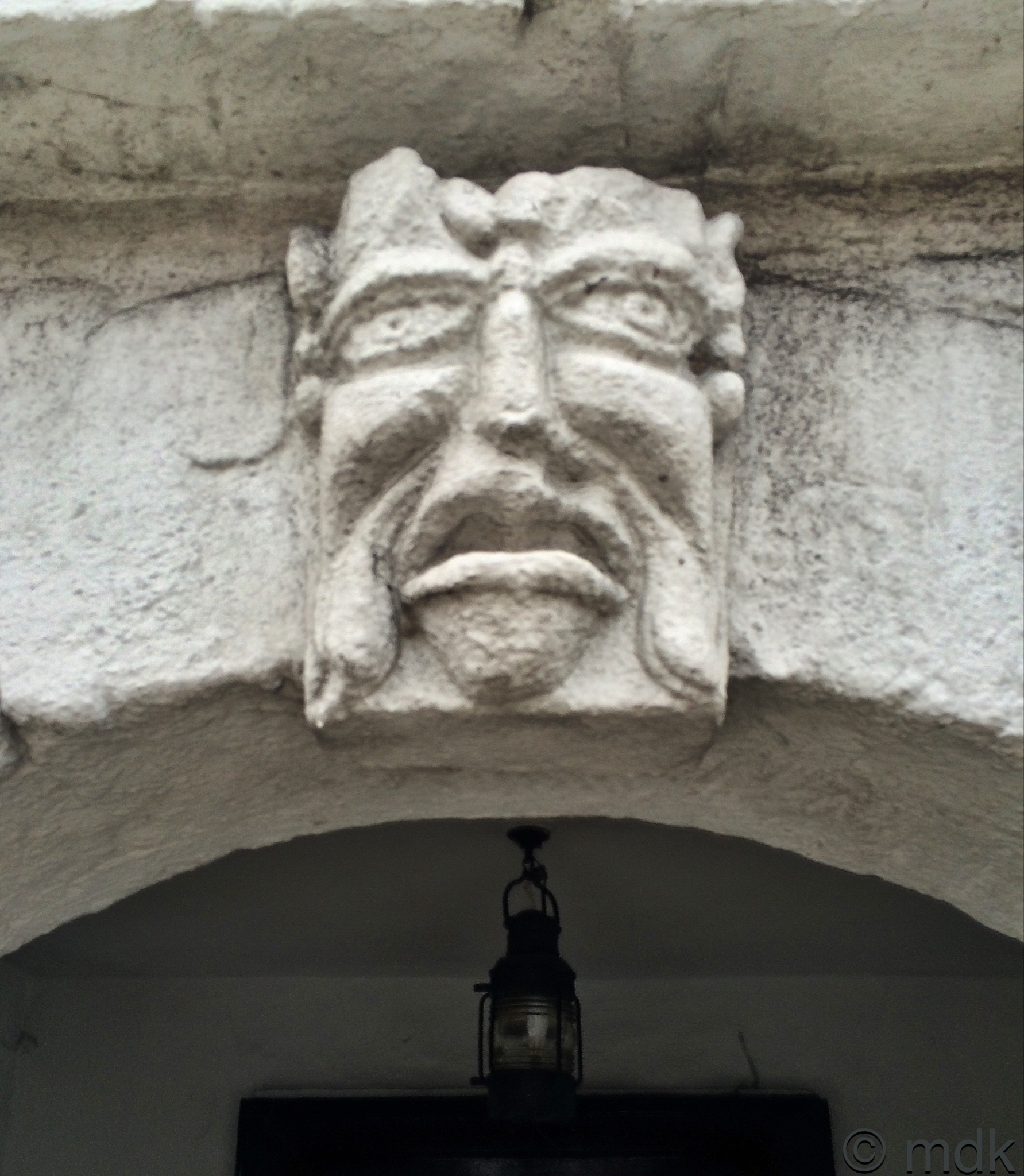 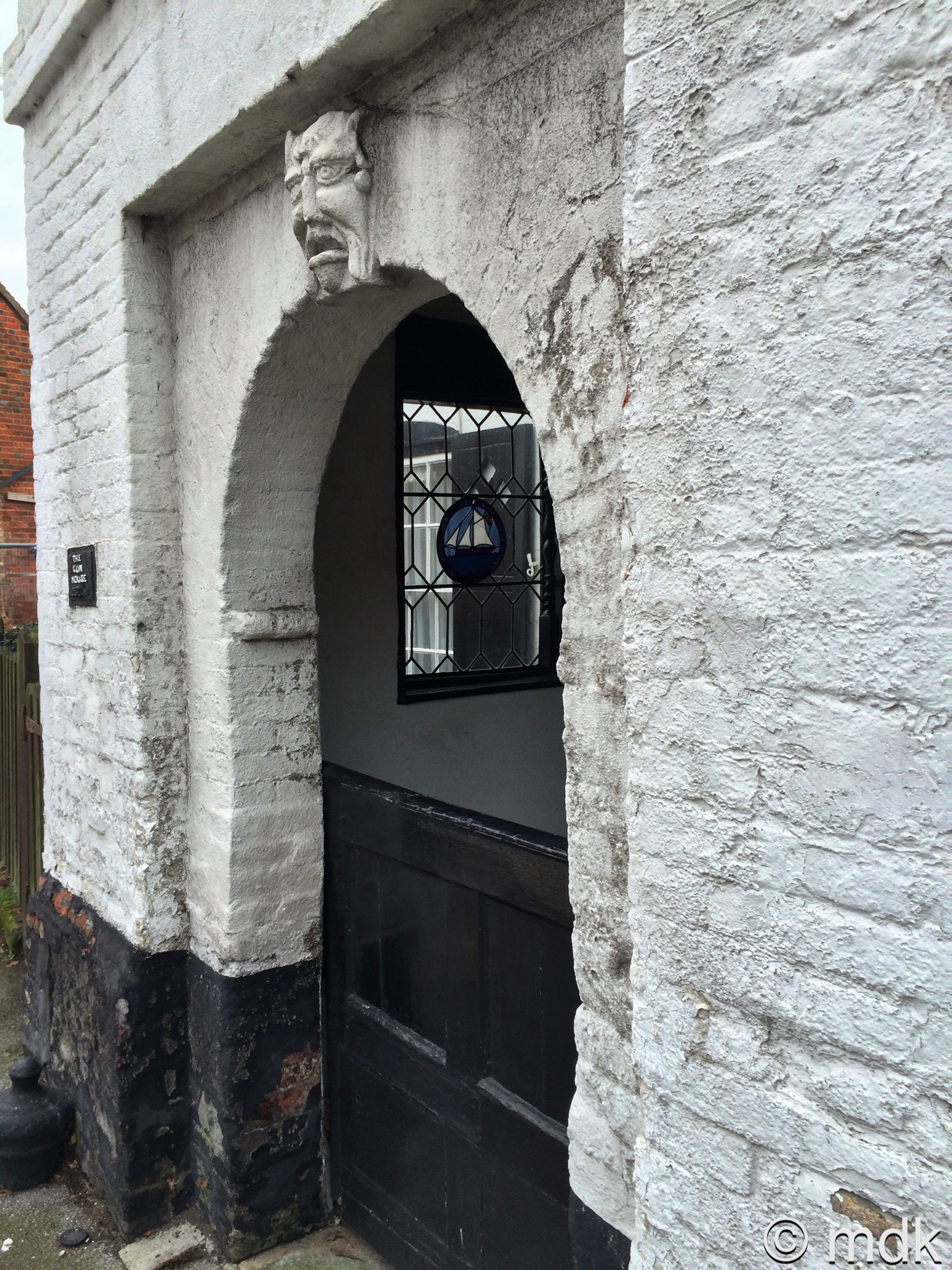 On Christmas Eve 2015, much to Commando’s annoyance, I took a quick shot of the sunset from the rooftop car park of the Supermarket in my village. It isn’t the best picture in the world but I think it has a little something about it. It also got me out of taking the trolley back to the trolley bay.

The next is from the Christmas Day Parkrun 2015. While Commando was running I was at home tucked up in my warm bed so I had no photos of my own. This picture was taken by one of his running friends. Obviously, I couldn’t let Commando get away with running in a Santa hat, so, just when he thought it was all forgotten… 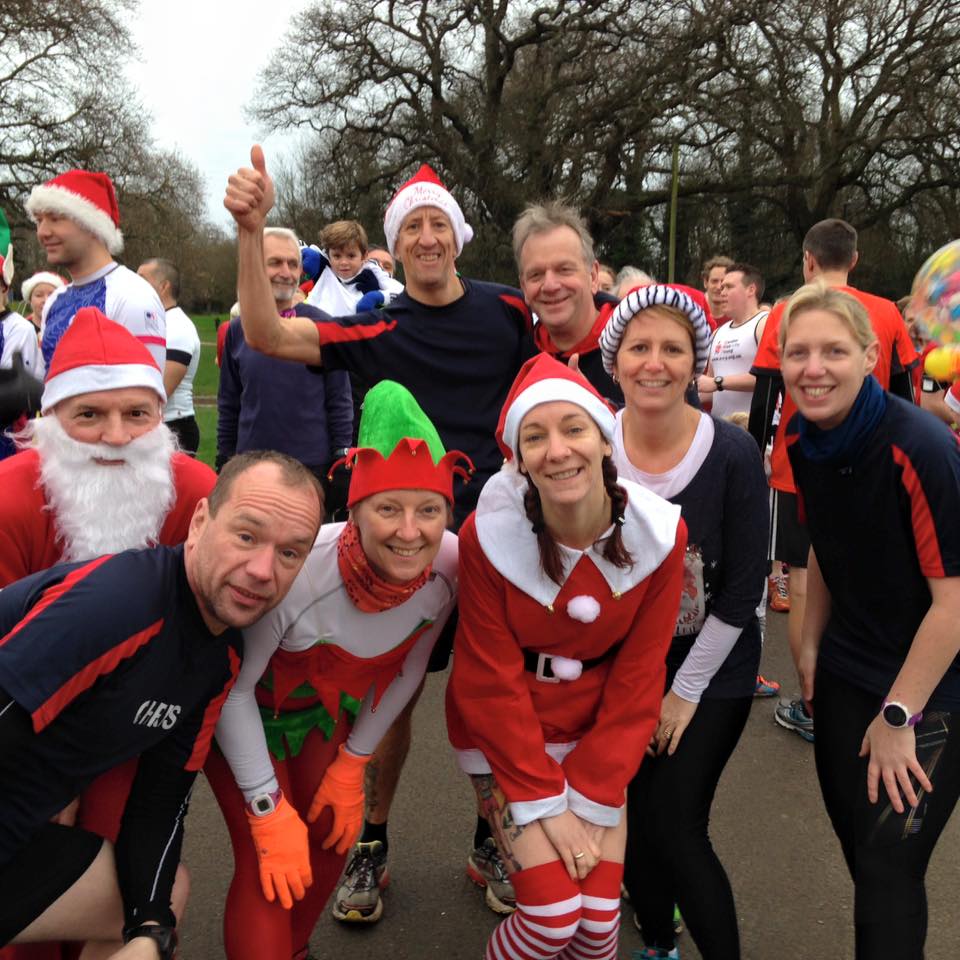 Sometimes, when we are eating out I feel compelled to take a picture of my meal because it looks so nice. Usually it ends up getting deleted. The following two pictures are of our 2015 Boxing Day lunch in John Lewis Southampton. The omelette was delicious but I couldn’t eat it all so Commando finished it up and the heart on the coffee made me grin. 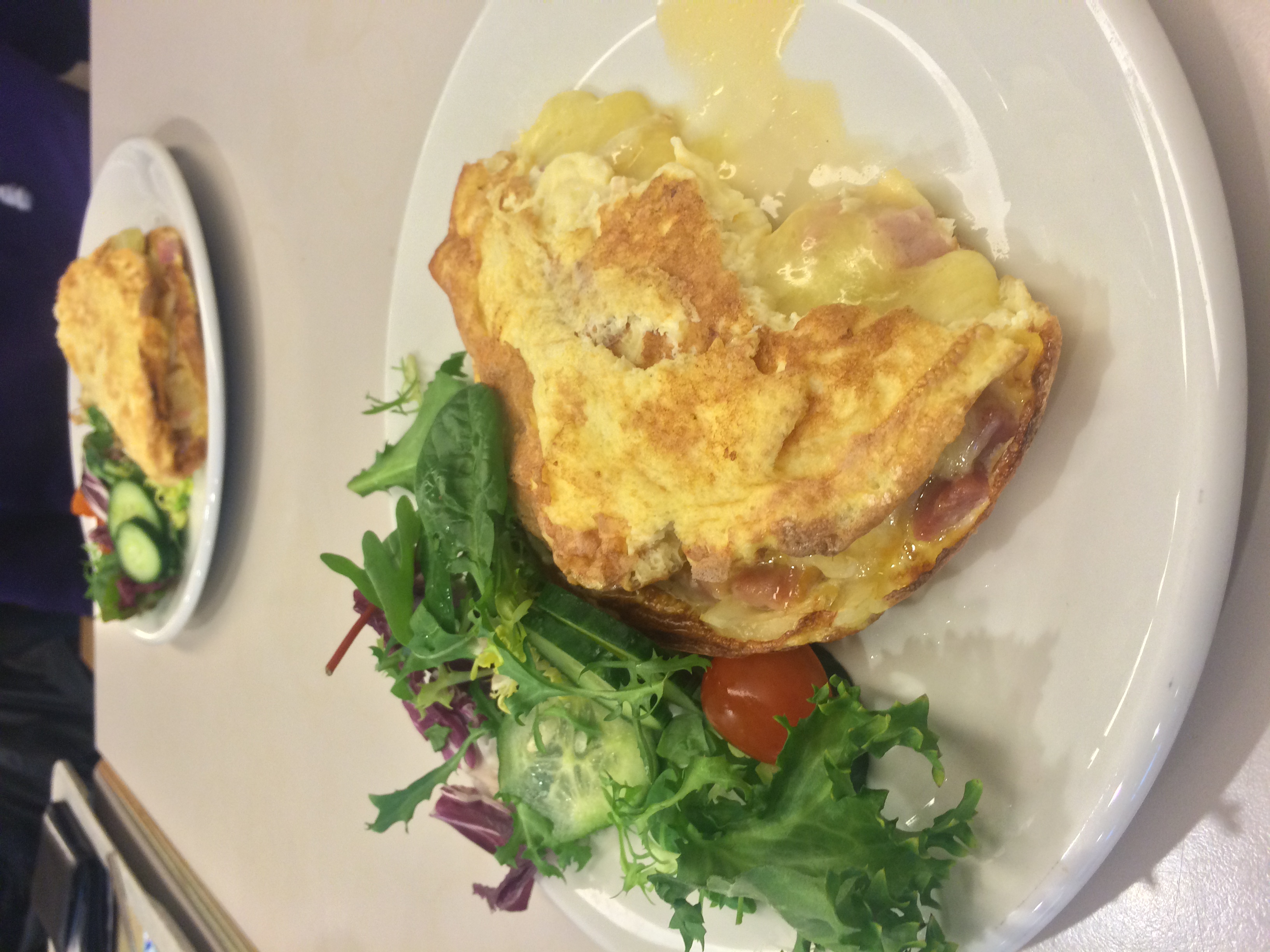 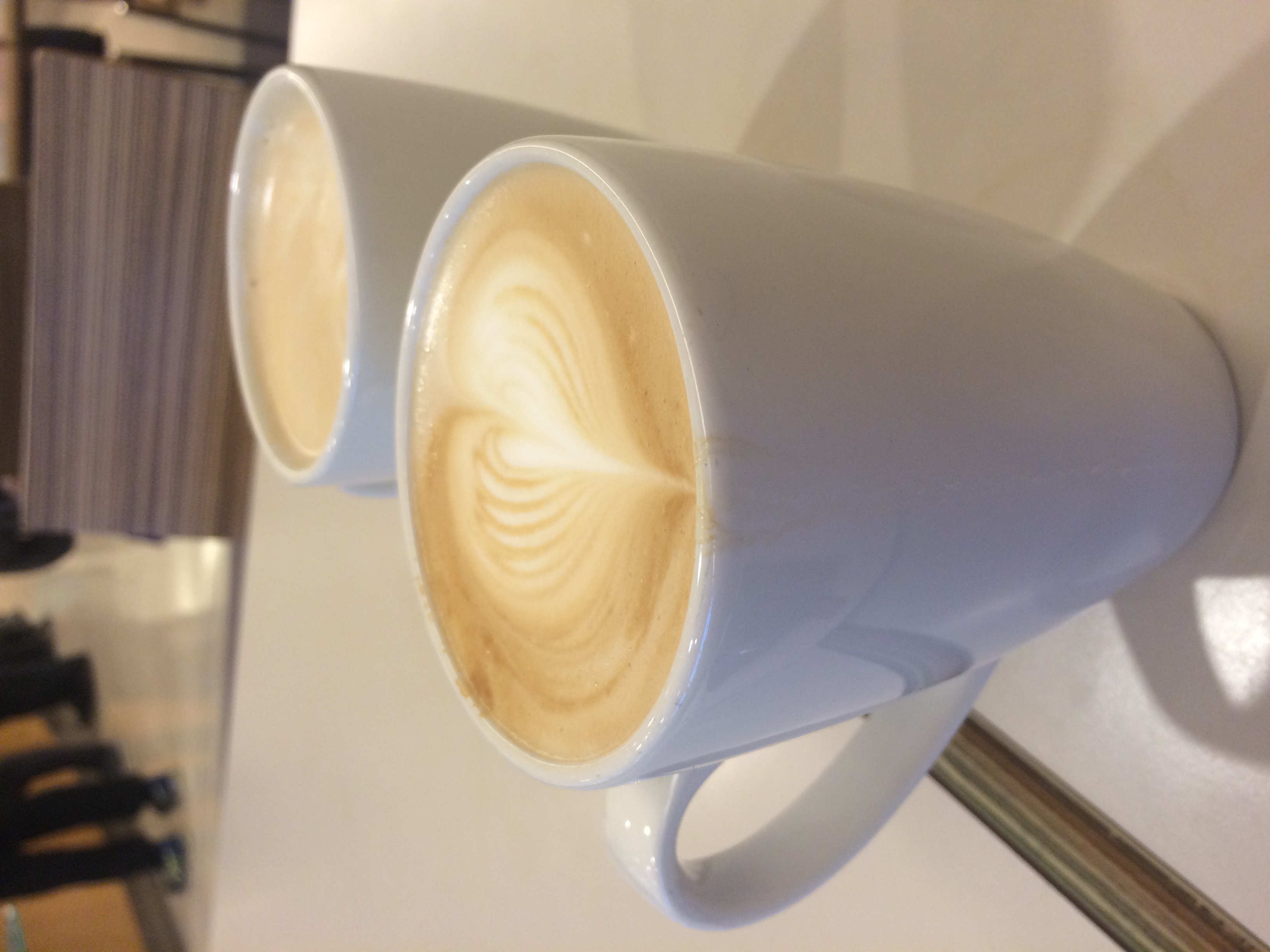 When I finally got up close and personal with the black swan cygnets on my last walk of 2015 I took far too many pictures.  Ruthlessness was required or the post would have been filled with cygnet photos and not much else. Nice as they are I thought this might be a touch boring. These were a couple that didn’t make the cut. 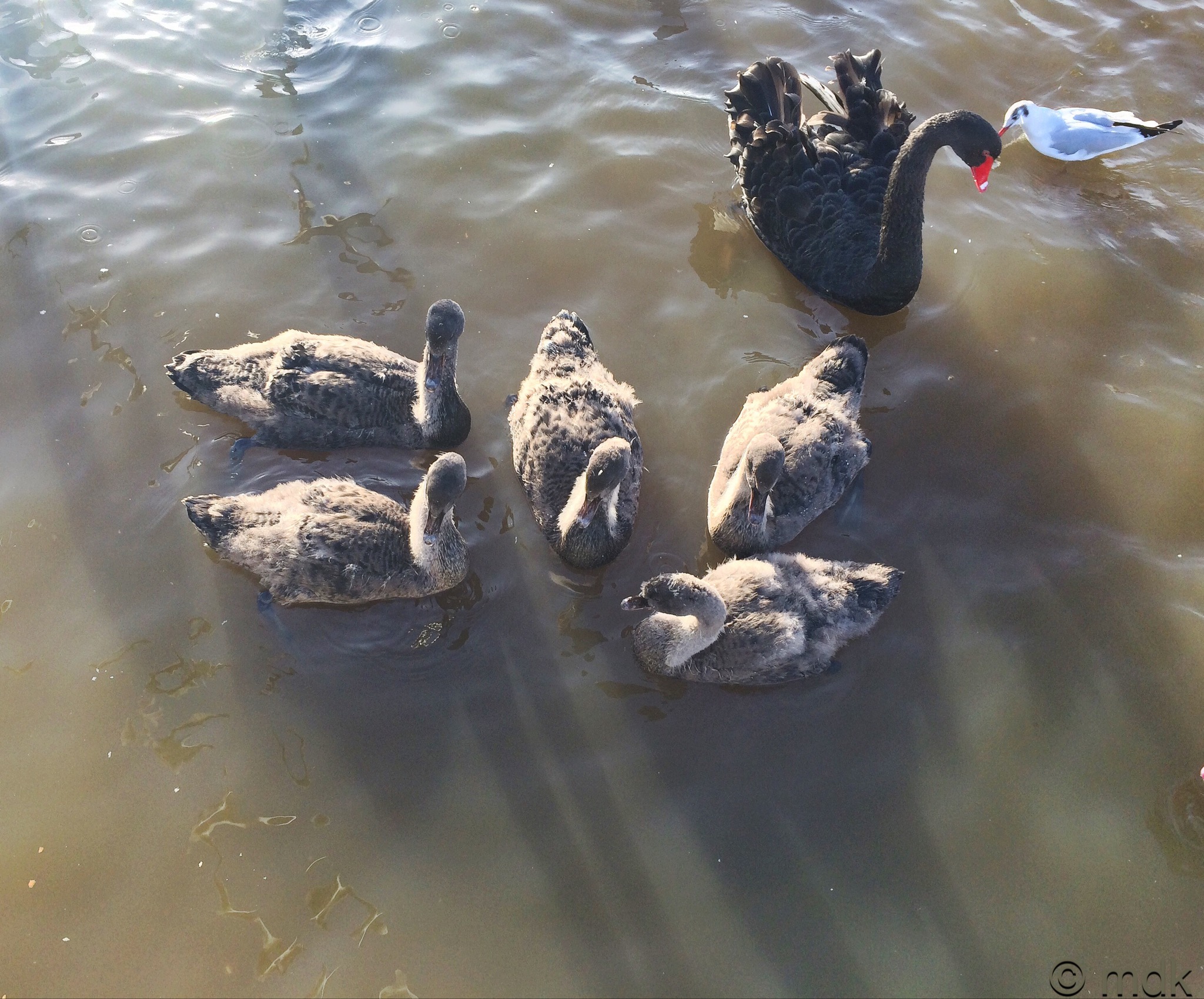 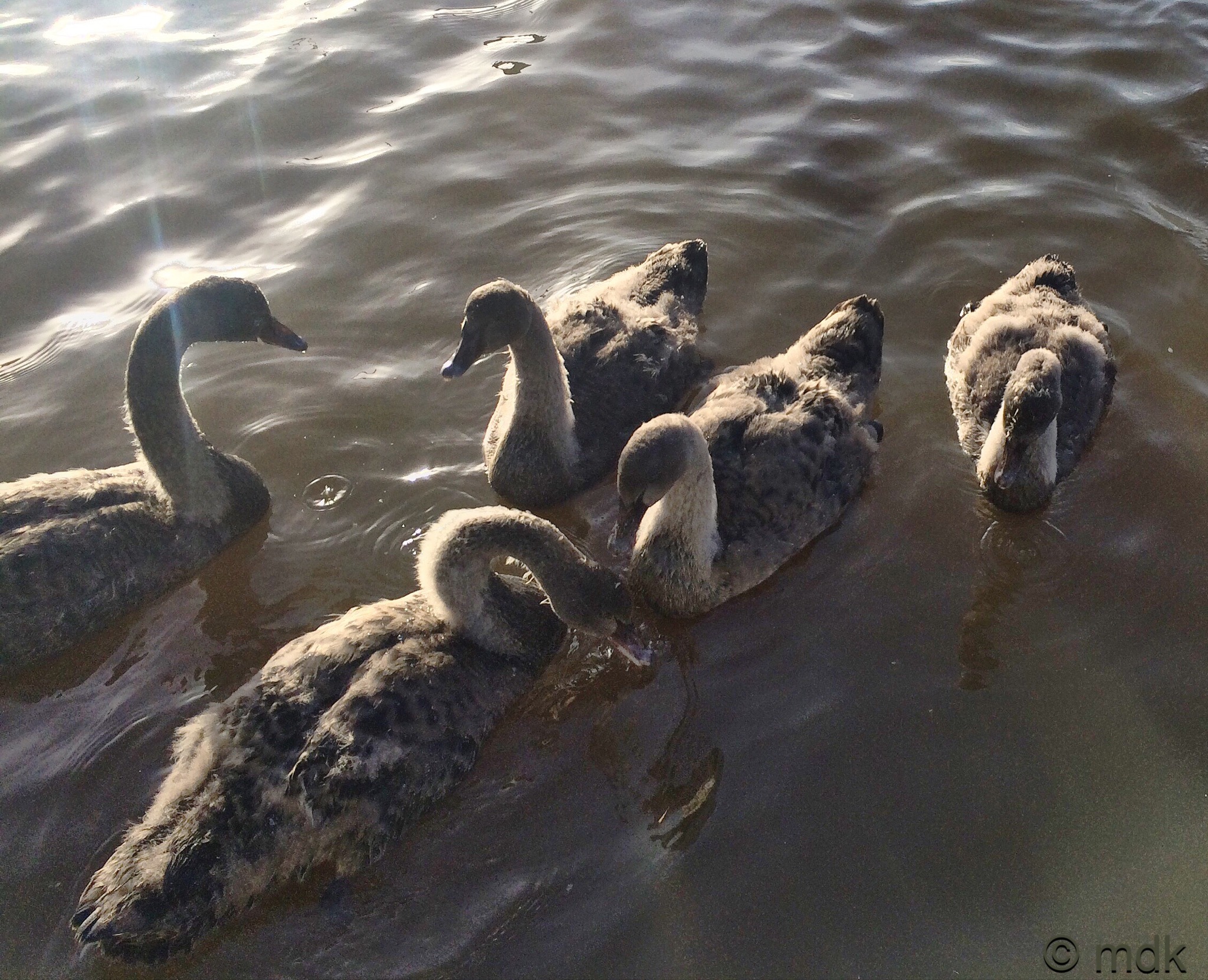 On the same walk I got a little carried away taking pictures behind the reedbeds at Riverside Park. Most were pretty rubbish, as were a lot of the photos I discarded from that walk. I thought this one deserved an airing anyway especially as I almost lost a boot in the mud getting down there. 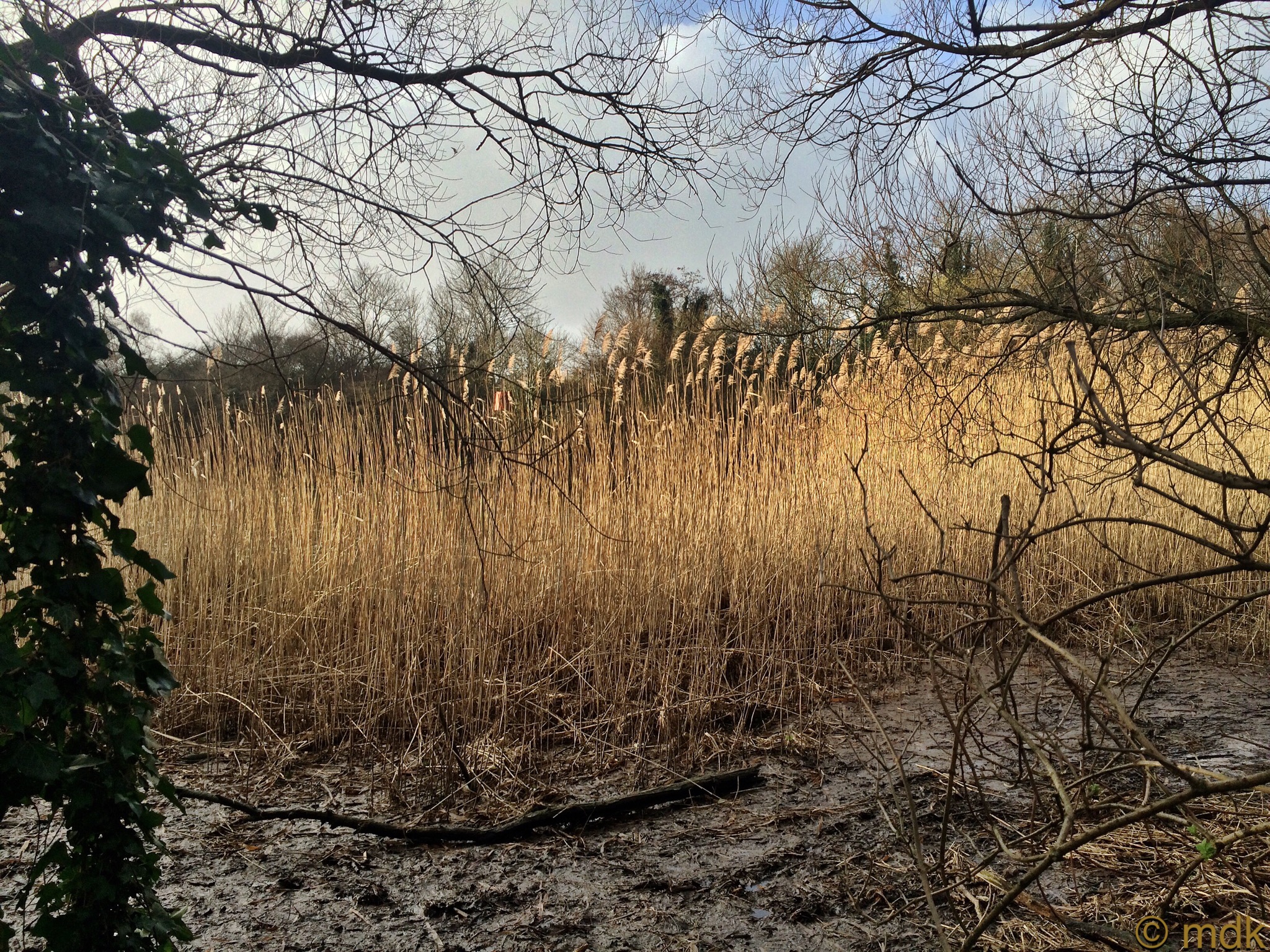 So that has just about cleared out the oldest photos from my photo archive.

6 thoughts on “Tales from the photo archive – memories”