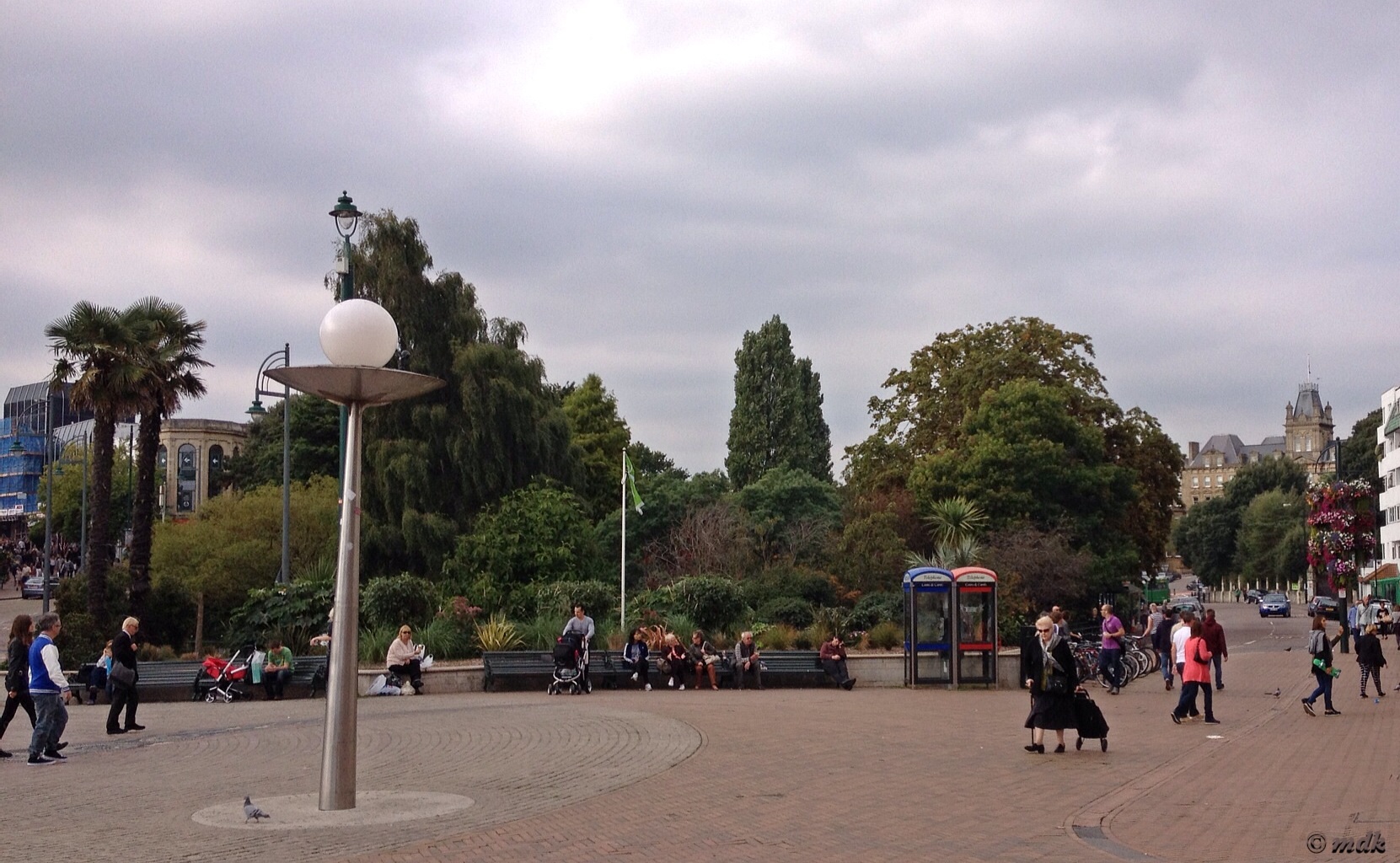 The penultimate day of September 2013 was all about casing the marathon joint before Commando’s first full marathon. We were off on a trip to Bournemouth, my first since I was a teenager. Bournemouth wasn’t somewhere Commando knew all that well either and neither, it turns out, did our sat nav. Despite inputting Kings Park, the start venue, we ended up about two miles away, at a car park near the pier. We hoped it wasn’t an omen for the race. 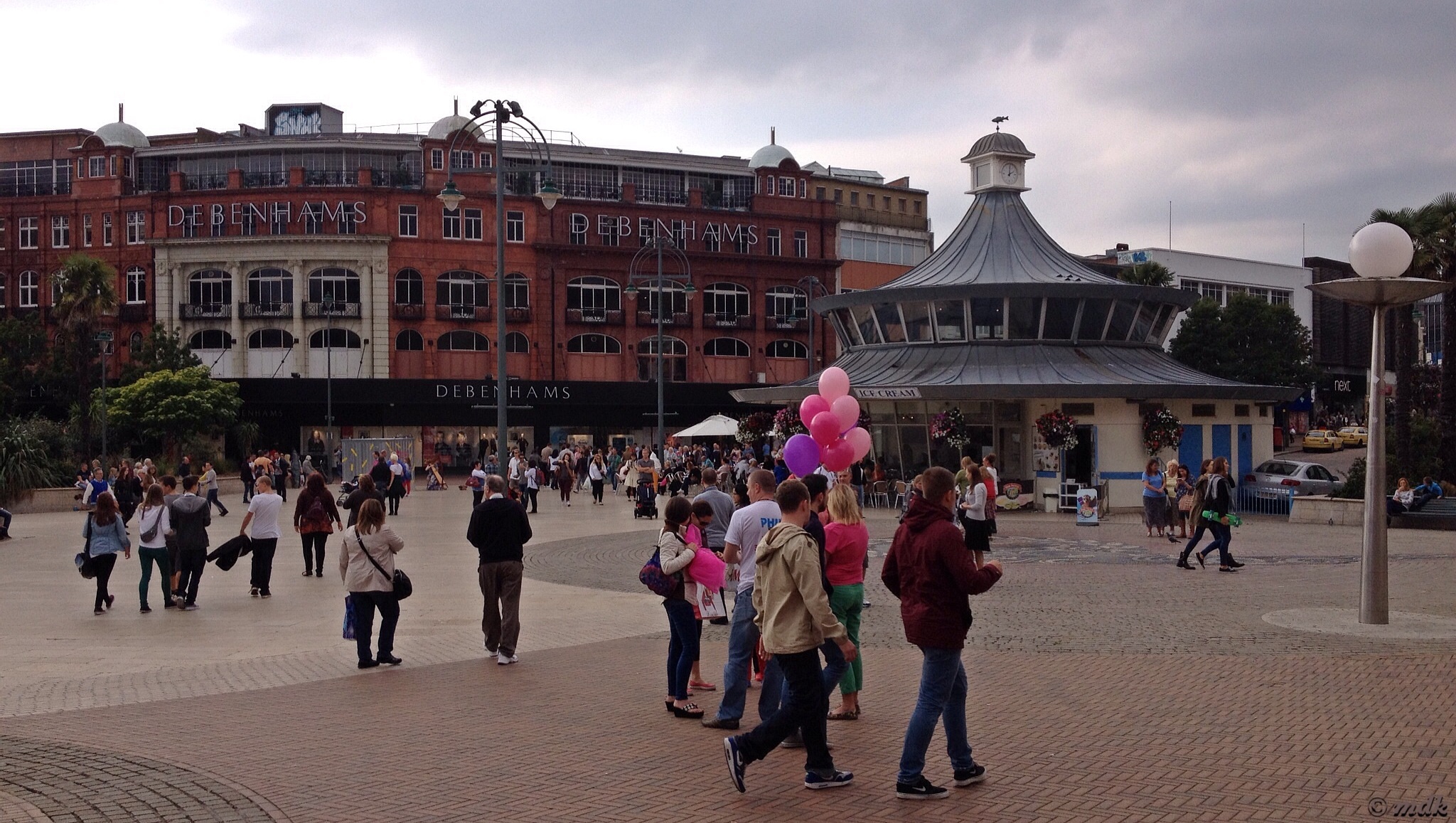 We found ourselves on a little square, bustling with people and bounded by parks. You get a better class of busker in Bournemouth it would seem. A pretty young girl was playing the harp with a beribboned basket instead of the usual tatty hat. If it wasn’t for being made redundant I’d have stopped to get her phone number, she was very good and would go down well on the ship. My talent scouting days are over now though so I stood and enjoyed her playing instead. Commando was hungry, he’d been out for a ten mile run first thing and we hadn’t had lunch, so we set about finding somewhere to eat. Typically, he managed to find a Burger King. Honestly, I swear he has some kind of homing instinct for burger places, but, as I wasn’t the one who had run ten miles and I wasn’t paying, I guess there was no room to complain. It wasn’t the most peaceful meal I’ve ever eaten. A group of children were having a birthday party so our food was accompanied by lots of squealing and mayhem.

We may not have found the park where the Marathon starts but we did go for a little stroll through the gardens and down to the pier. It seemed rude not to as we were there. We stopped for a moment or two to watch the brave souls on the scary looking carousel. Not far from the square a huge tethered hot air balloon dominated the sky line. Apparently you can go up in it and the views are supposed to be spectacular but there didn’t seem to be anyone there today. Even if there had been, I’m not sure I’d have been brave enough to go up, I prefer to have both feet on the ground at all times whenever possible. Maybe I’m just a coward. 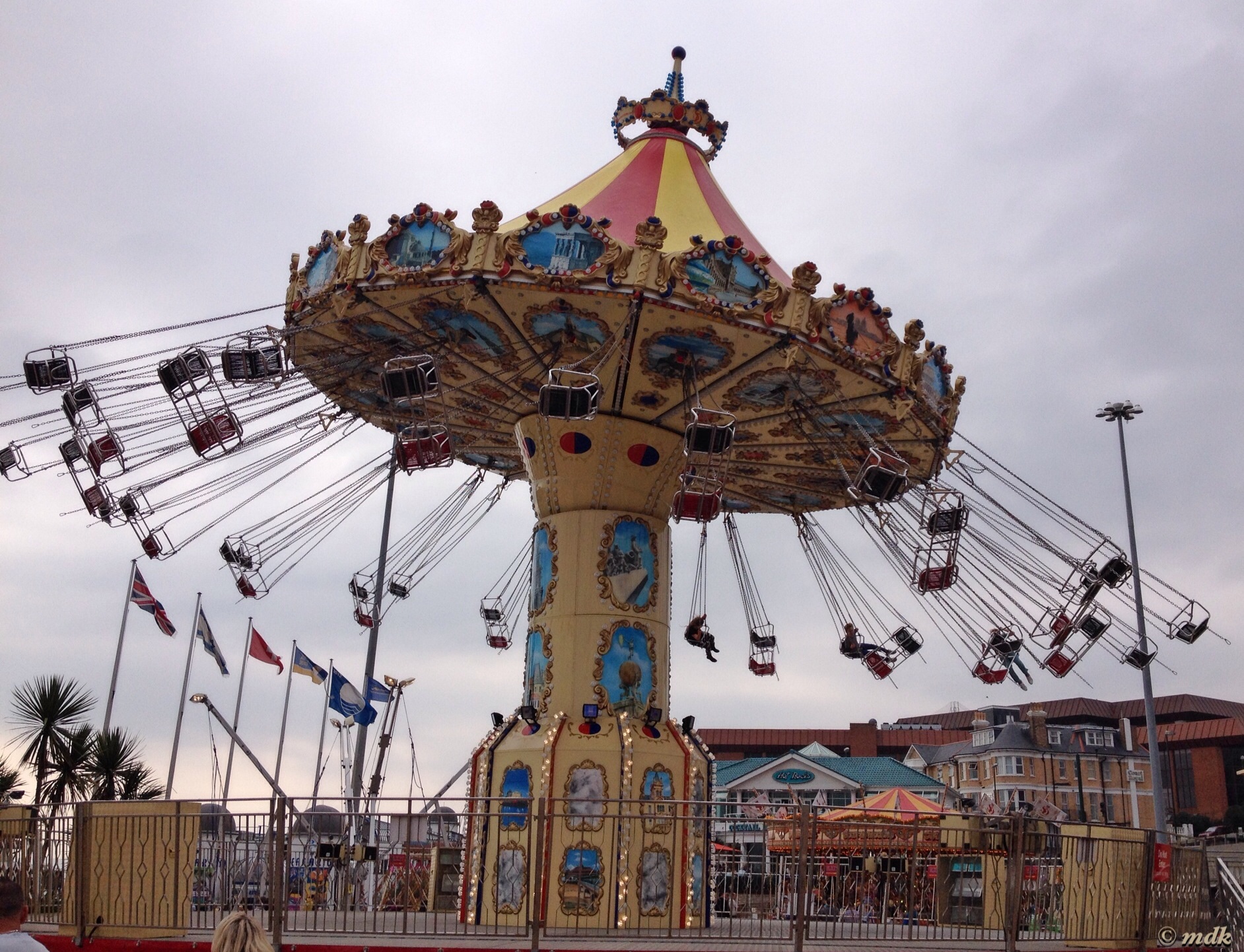 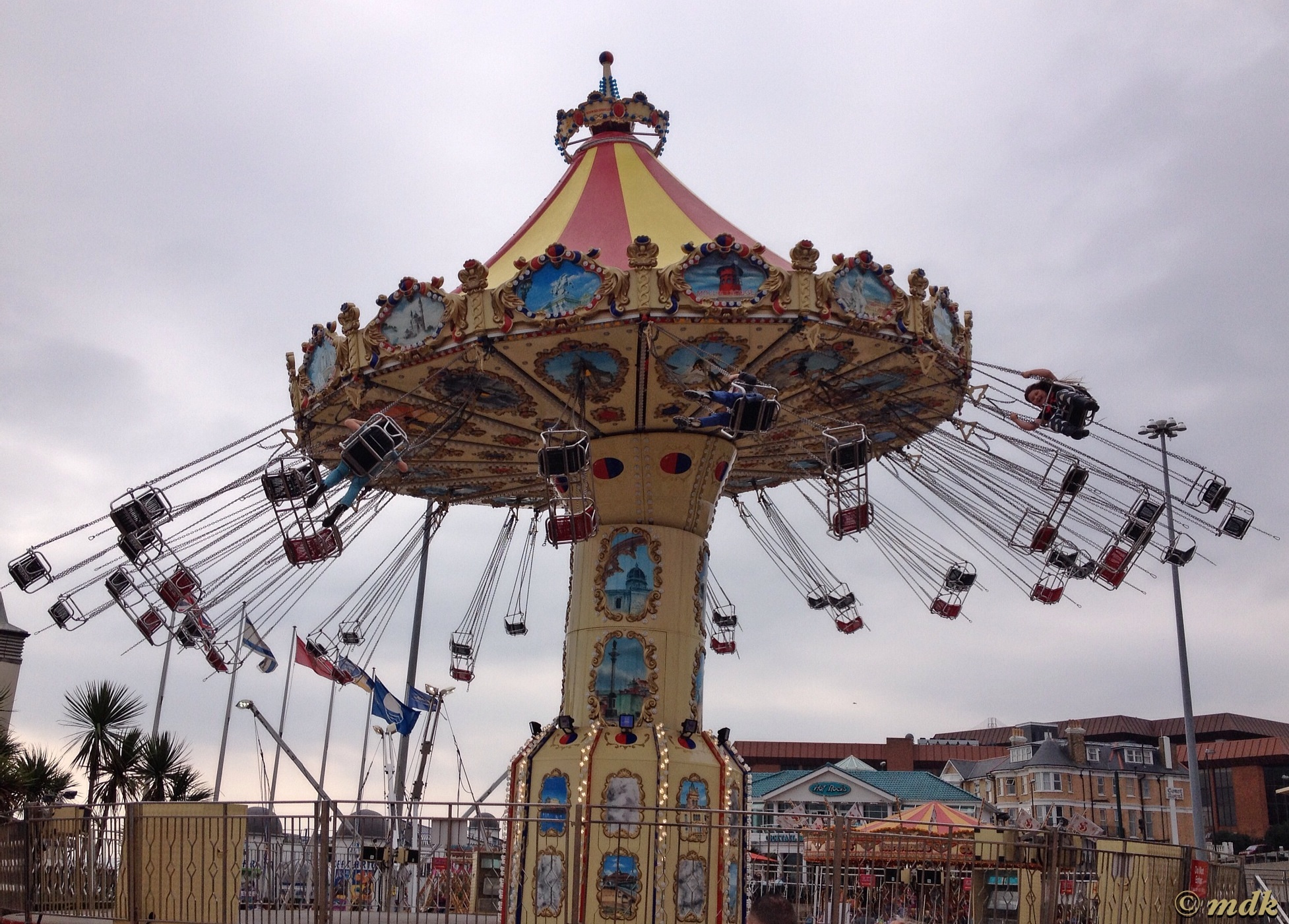 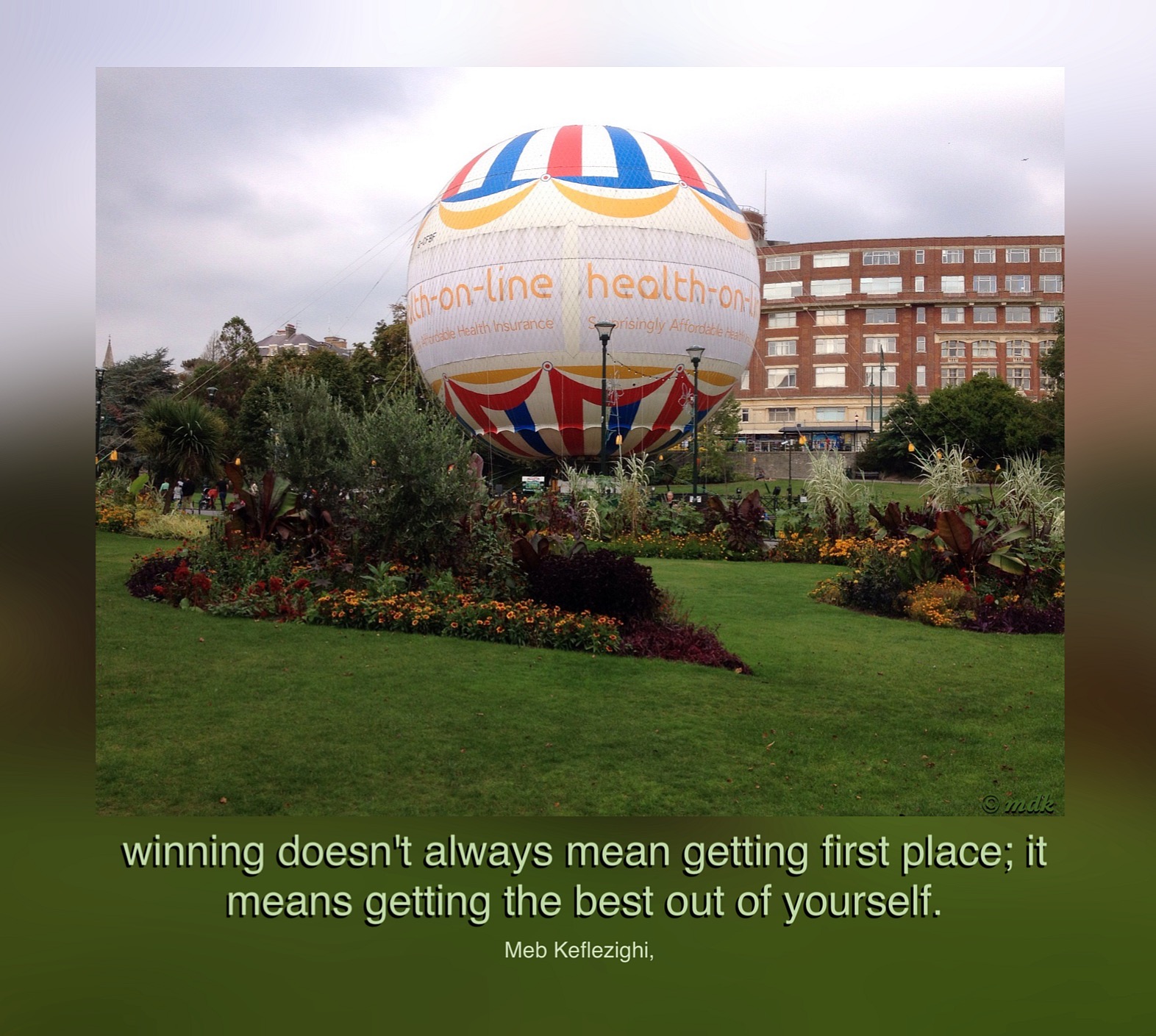 The River Bourne runs through the park, with bridges and waterfalls, not to mention some interesting planting. When Commando is doing his running next weekend I may have to come back for a more thorough examination. A few brave families were on the sandy beach despite the grey skies. We stood for a while watching the sea lapping at the shore and the seagulls swirling around the pier. Blue sky would have made for much better photos. Maybe next week. 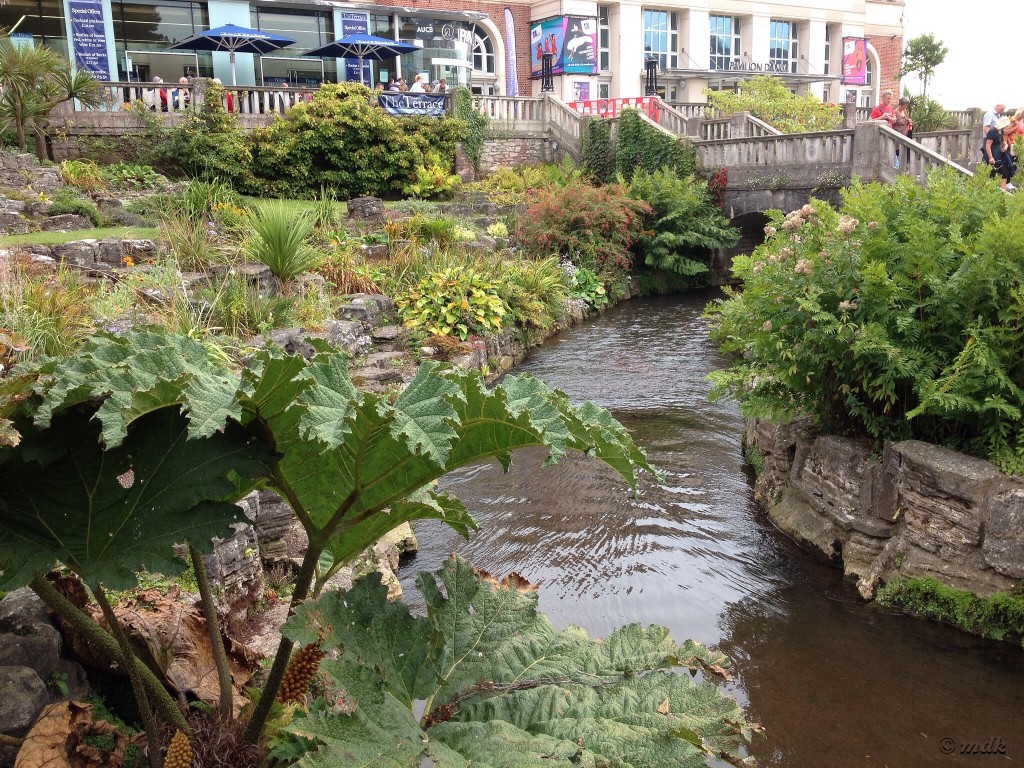 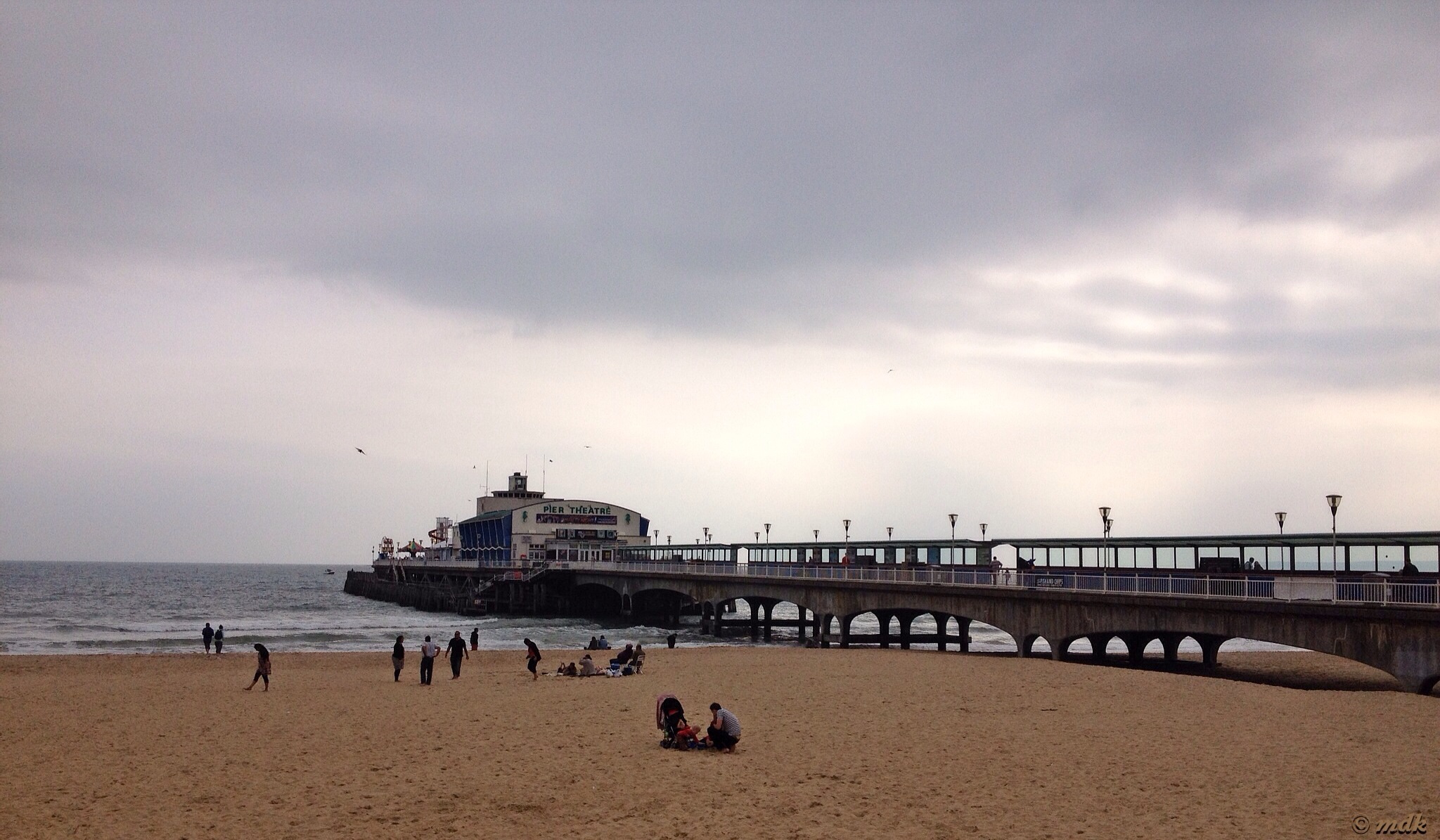 Walking back towards the car, squirrels were dashing about everywhere, pretty much like our own parks in Southampton. On the path in front of us a small boy knelt by the edge of the shrubbery holding out a peanut. Just as I was thinking,’he’s wasting his time there,’ a squirrel dashed out of the undergrowth and quite calmly took it from his hand. It didn’t even run away again, just sat right in front of him eating it. They have some very tame squirrels in Bournemouth and, when I looked closely, some pretty fat ones. Obviously, unlike our own, they’ve worked out humans won’t hurt them and are a very good source of food. I may have to buy some peanuts before next weekend as I could end up with some great squirrel photos. 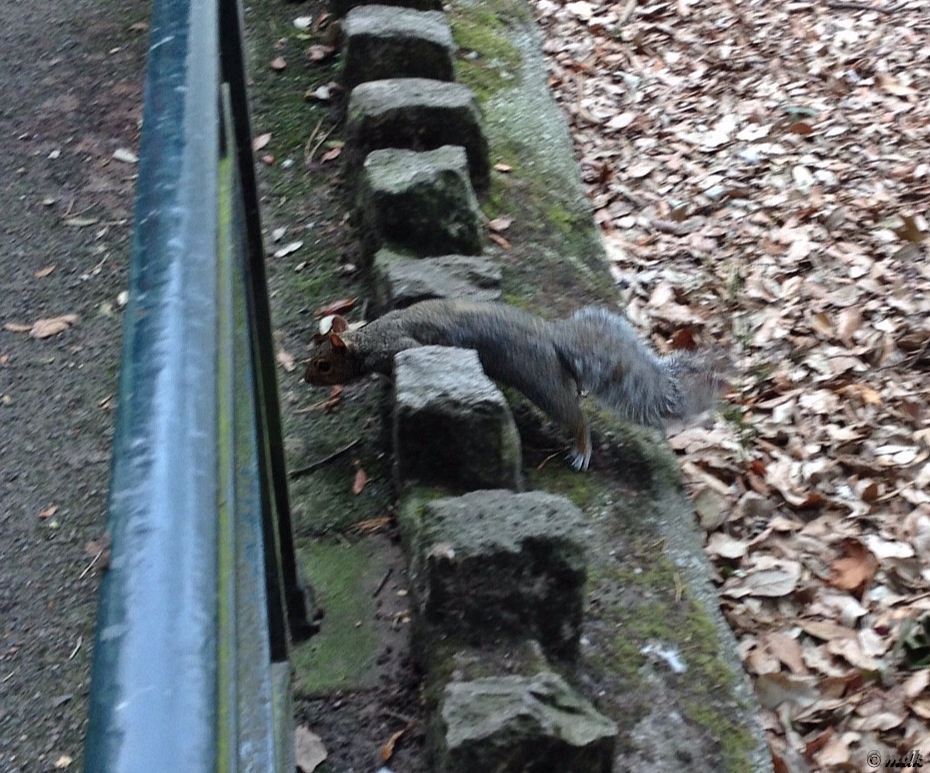 So Commando’s first marathon is almost upon us. I’m confident he will finish, although I’m not sure he is. Let’s hope the sat nav gets us to the start line this time next week.