The five milers were waiting for us when we got back to the New Inn and, after a quick stop for refreshments and a goodbye to the departing ten milers, we were off again. This time we turned left, which meant I had at least a fighting chance of knowing where I was. As the half way point of the walk was the New Forest Hotel in Ashurst and everyone but me would be stopping for a drink this was a good job, otherwise I’d still be wandering around the forest now.

We trotted up Hunters Hill, a strange, mismatched bunch of people, half of us slightly weary with ten miles behind us, the other half fresh at the beginning of their walk. When we turned into Deerleap Lane we had to go round a car parked at the side of the road. It looked oddly familiar. Then I realised it was my car and Commando was sitting in it. He’d finished his run and had been on the way back from his cooked breakfast when he’d spotted us and stopped.
“I’ll go back to the pub and wait for you,” he said, “call me when you get to Ashurst.”

Then we were off through the tall pines and wide gravel paths of the Deerleap forest trails. Although this area is called Deerleap and Pete swears he’s seen deer, I never have. Often there are New Forest ponies wandering around but there were none today. We turned off the main trail through the same gate I’d wandered through with Bard back in 2012. At least I think it was the same gate. The problem with the New Forest is there are lots of gates and they all start to look the same after a while. 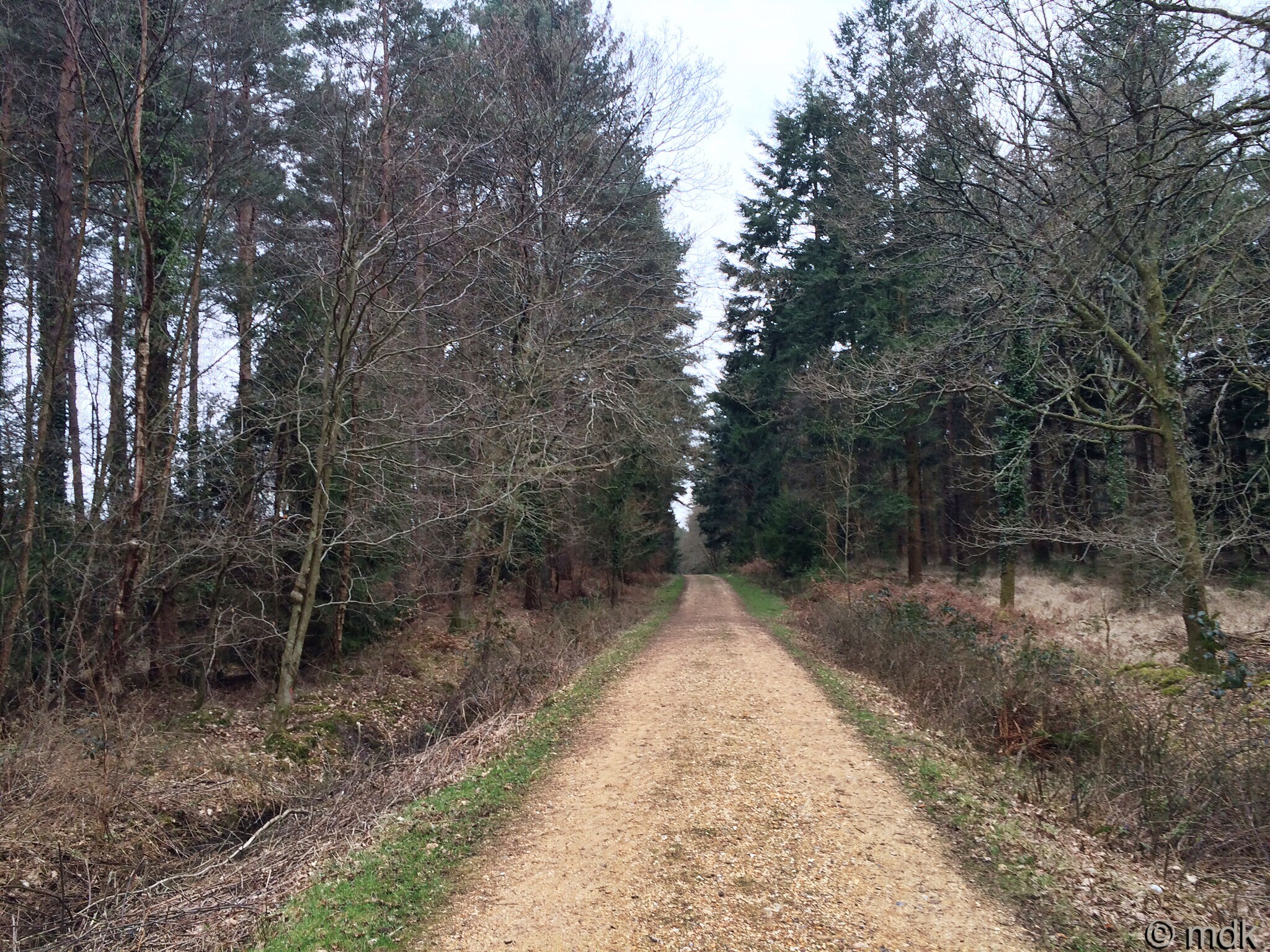 We were a remarkably cheery bunch considering half of us were into our eleventh or twelfth mile by this time. There’s nothing like a walk in the forest to make you smile, even if the sun has refused point blank to come out all day. This path is long and straight but undulates so it feels a little like walking along a gentle roller coaster. After wet weather the dips become filled with treacherous mud but, apart from the one muddy spot as we passed Totton FC near the beginning of the walk, today’s walk had been mud free. 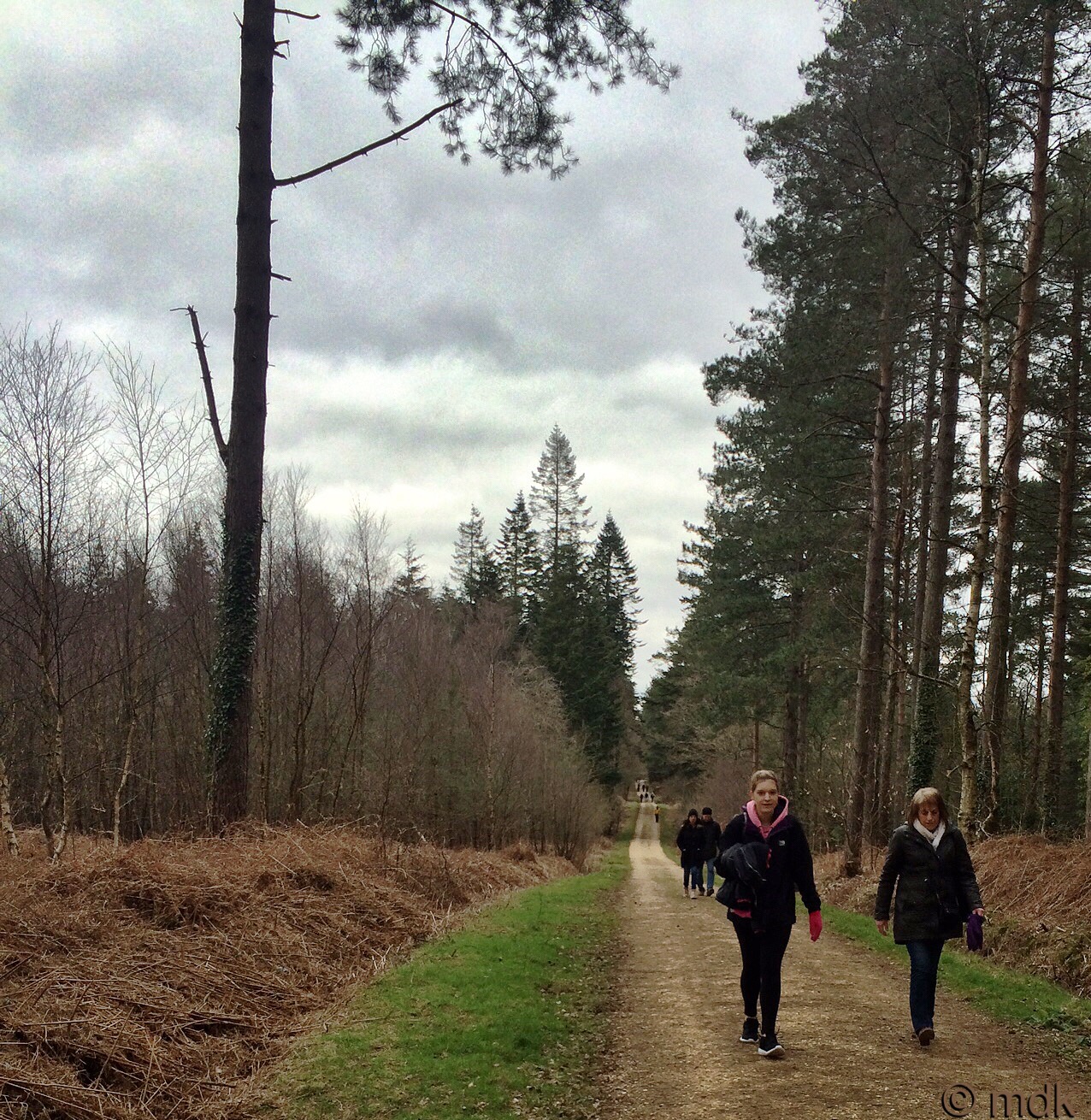 At first we all seemed to be keeping pace with each other but after a while a gap began to open. Surprisingly it was the fifteen milers leading the pack but the five milers had several young children with them. Pete hung back to make sure we didn’t lose any stragglers and suddenly Liz, Steve and I were at the front leading the group. Talk about the blind leading the blind. 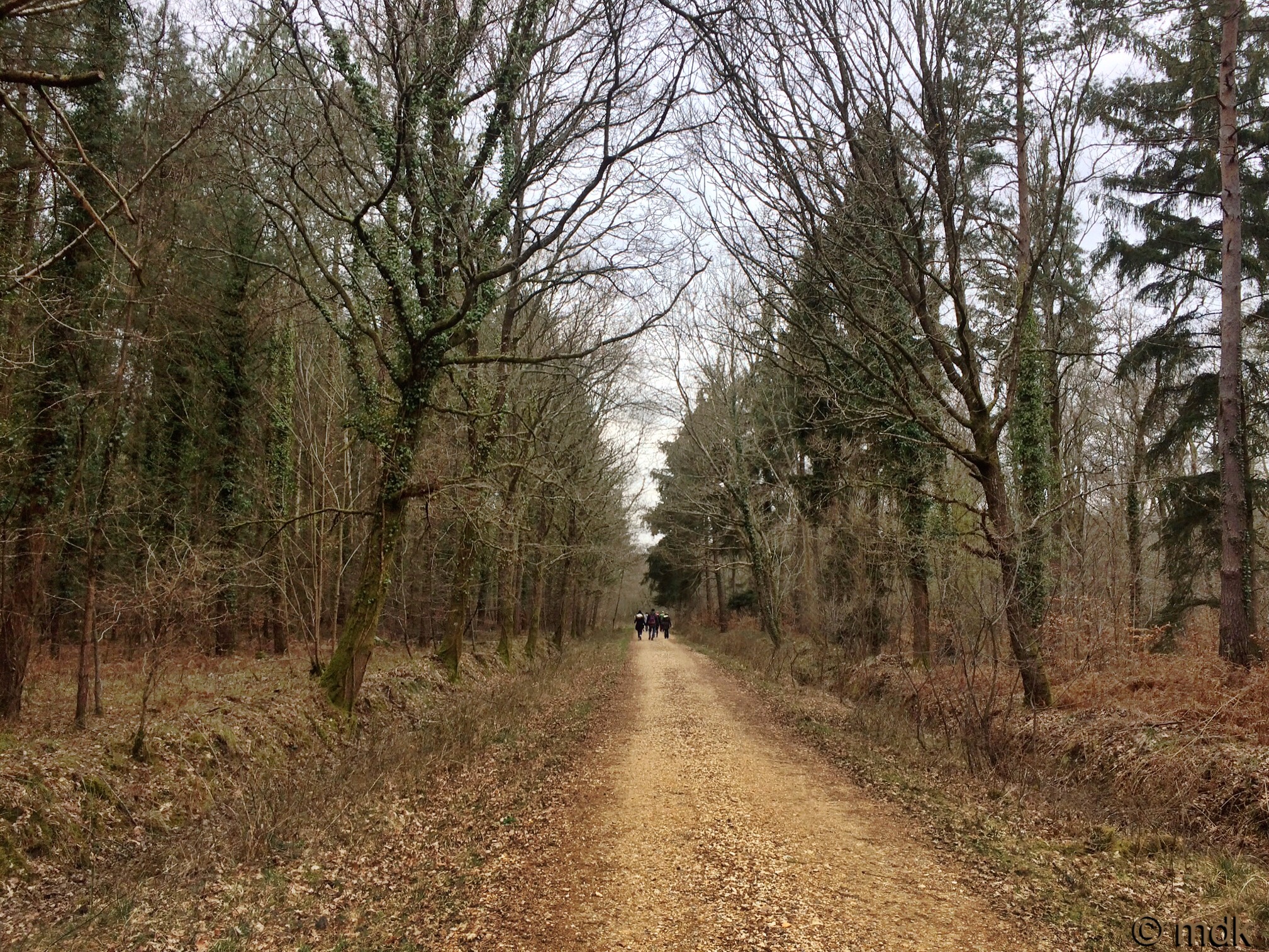 This was all very well when we were on a nice straight path but up ahead there was a turning. Before Pete went to the back of the group he had given us instructions. At the time we thought we’d understood them, now we weren’t so sure. We looked back but Pete was too far off to notice our confusion. Did we turn or did we keep going?

We stopped for a bit, hoping Pete would catch up but he was a long way back. In the end we went ahead rather uncertainly with a lot of looking back to see if Pete had noticed us going wrong. He didn’t shout or gesture so we kept going. It was quite a relief when we finally looked back and saw the tail end group passing the turning point and finally knew we’d made the right decision.

A few minutes later we came to another of those New Forest gates. On the other side was the railway bridge Pete had told us about when he’d given us our instructions. It’s a rather beautiful railway bridge with wooden panels and decorative wrought iron inserts. The slightly rotten top rail only added interest in my opinion, although some might say it was a touch delapidated. 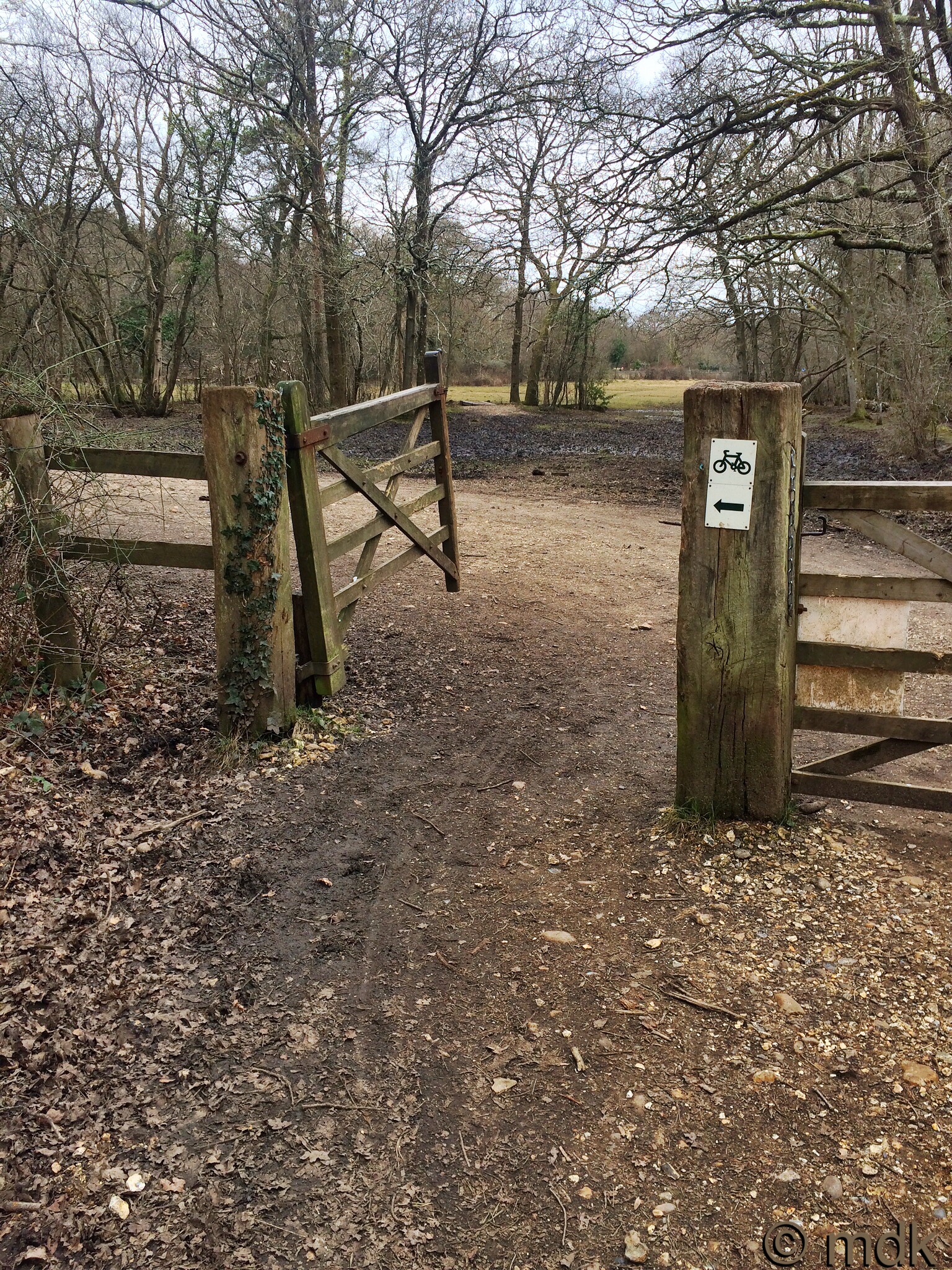 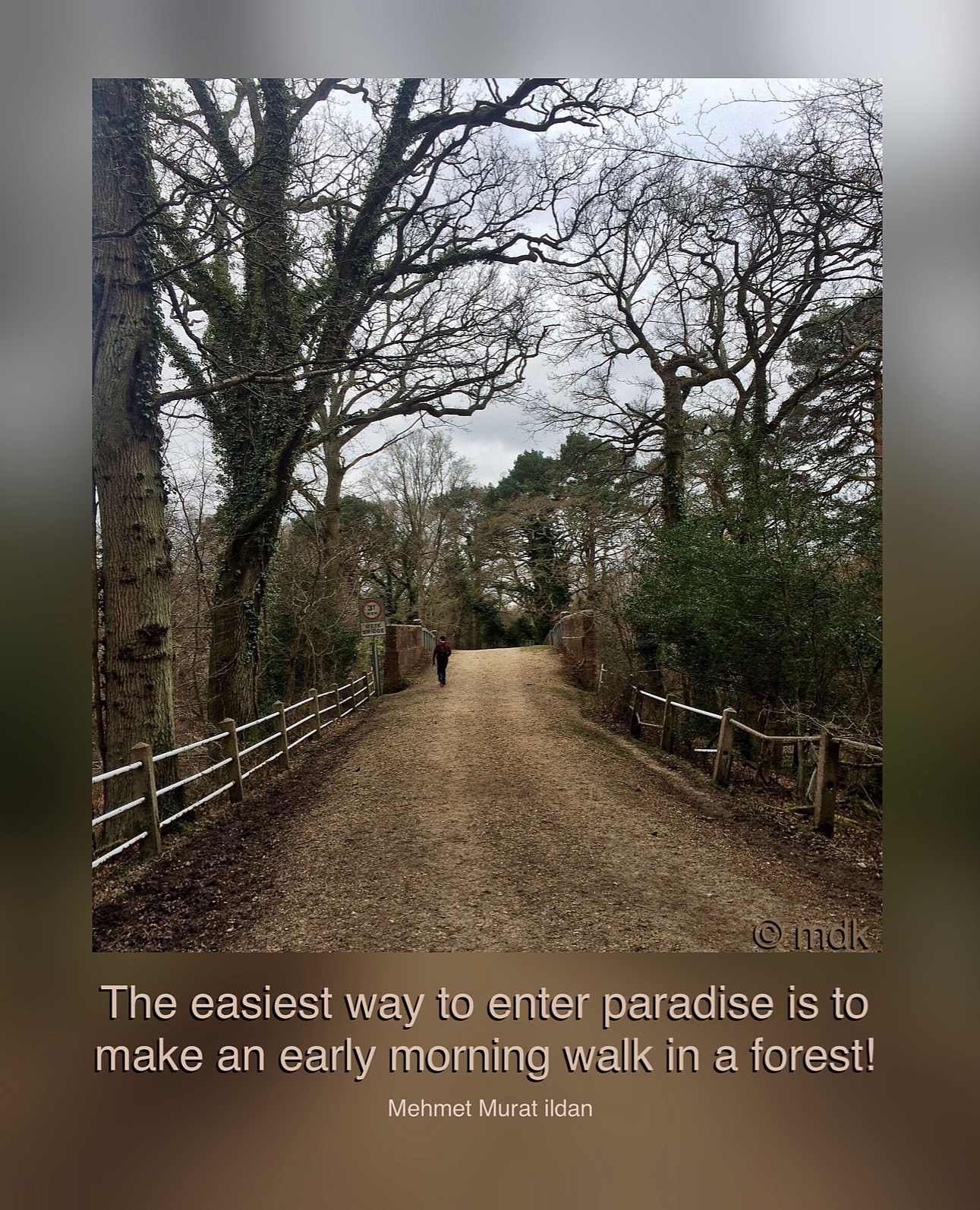 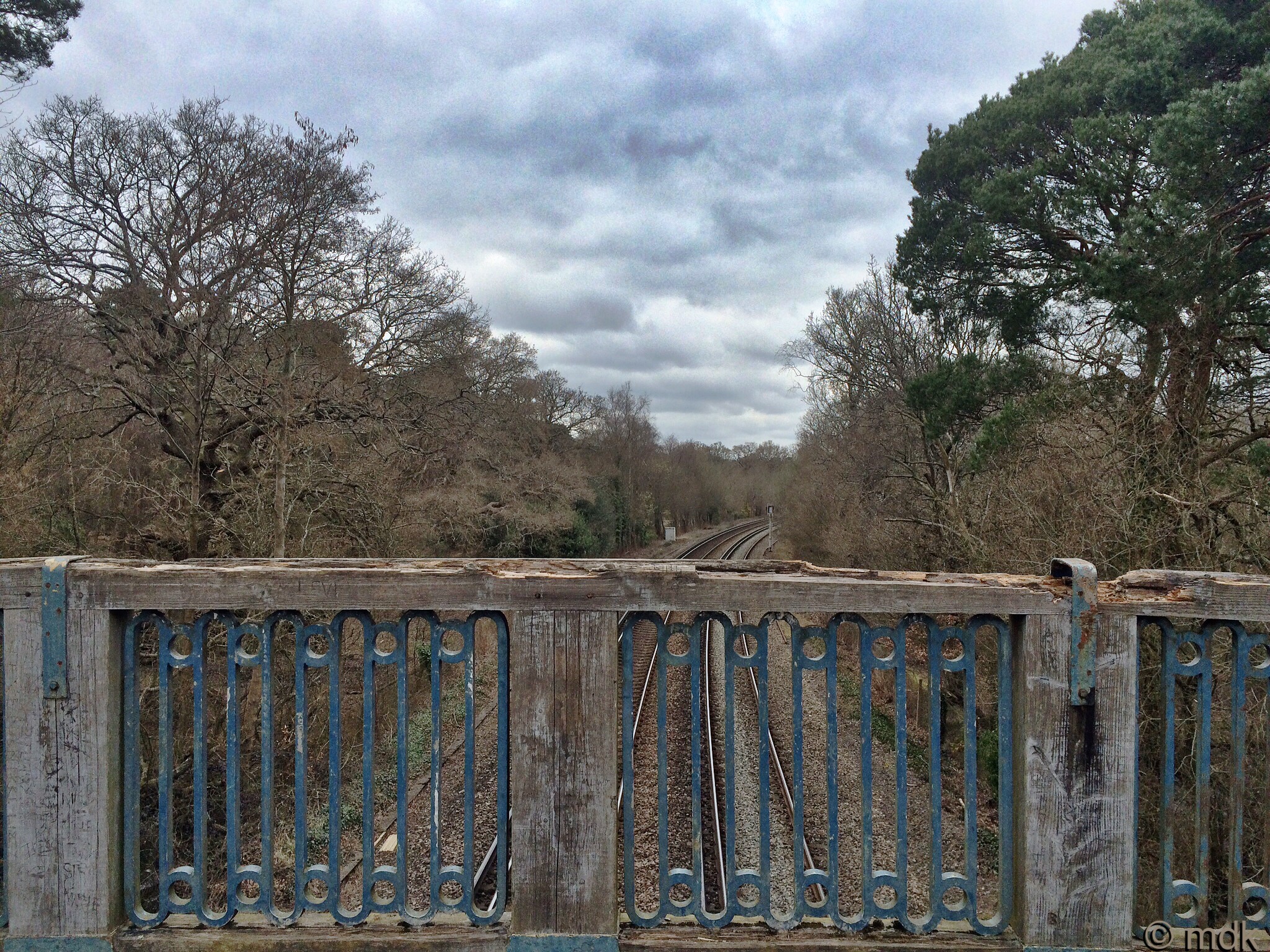 On the other side of the bridge I stopped to look at a large fallen tree beside the path. On the other side there was a stream with pleasing reflections of contorted trees and a lovely little wooden bridge. Suddenly I was walking on my own. The tail enders were nowhere in sight and the front runners were a fair way ahead. 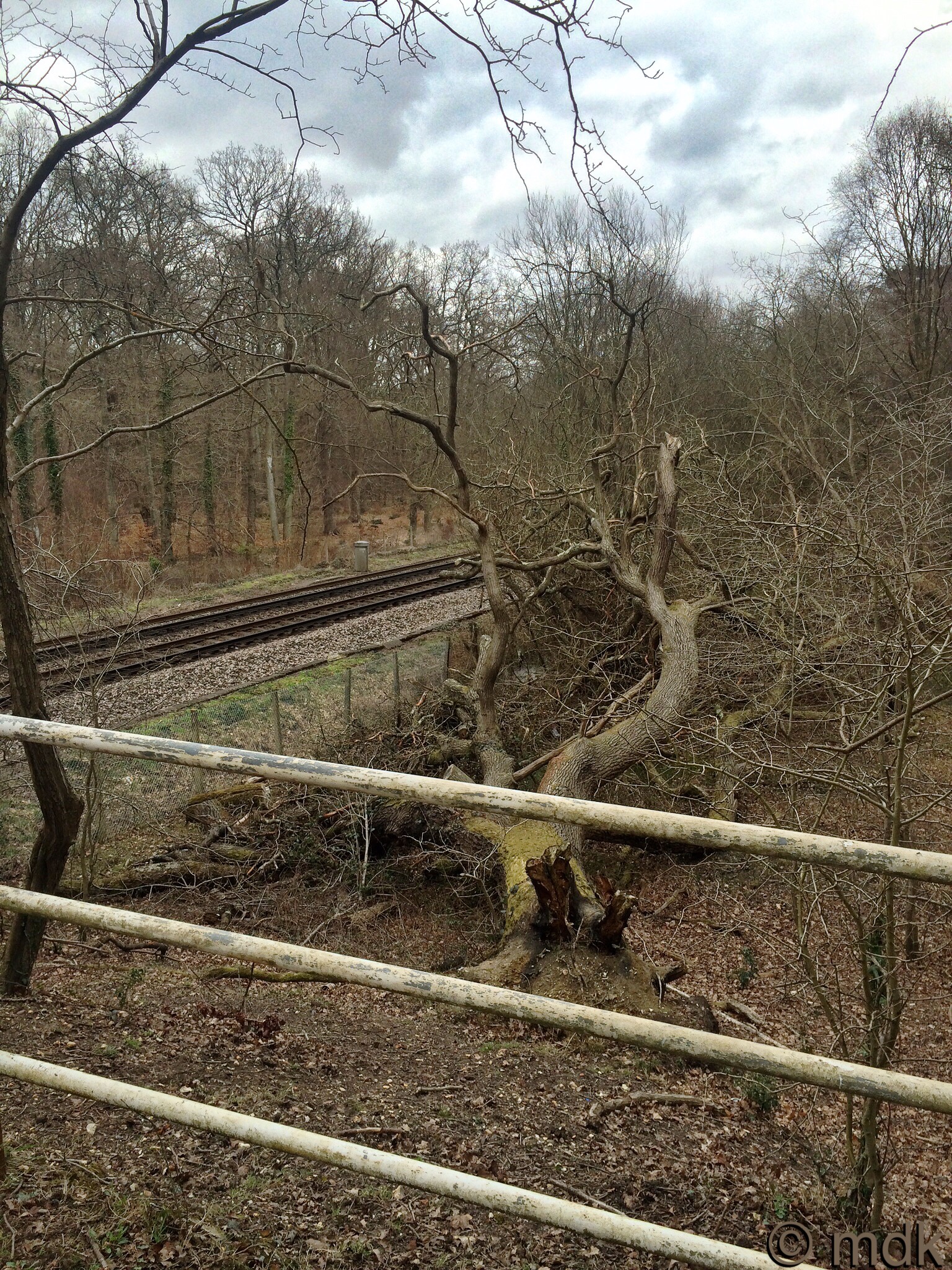 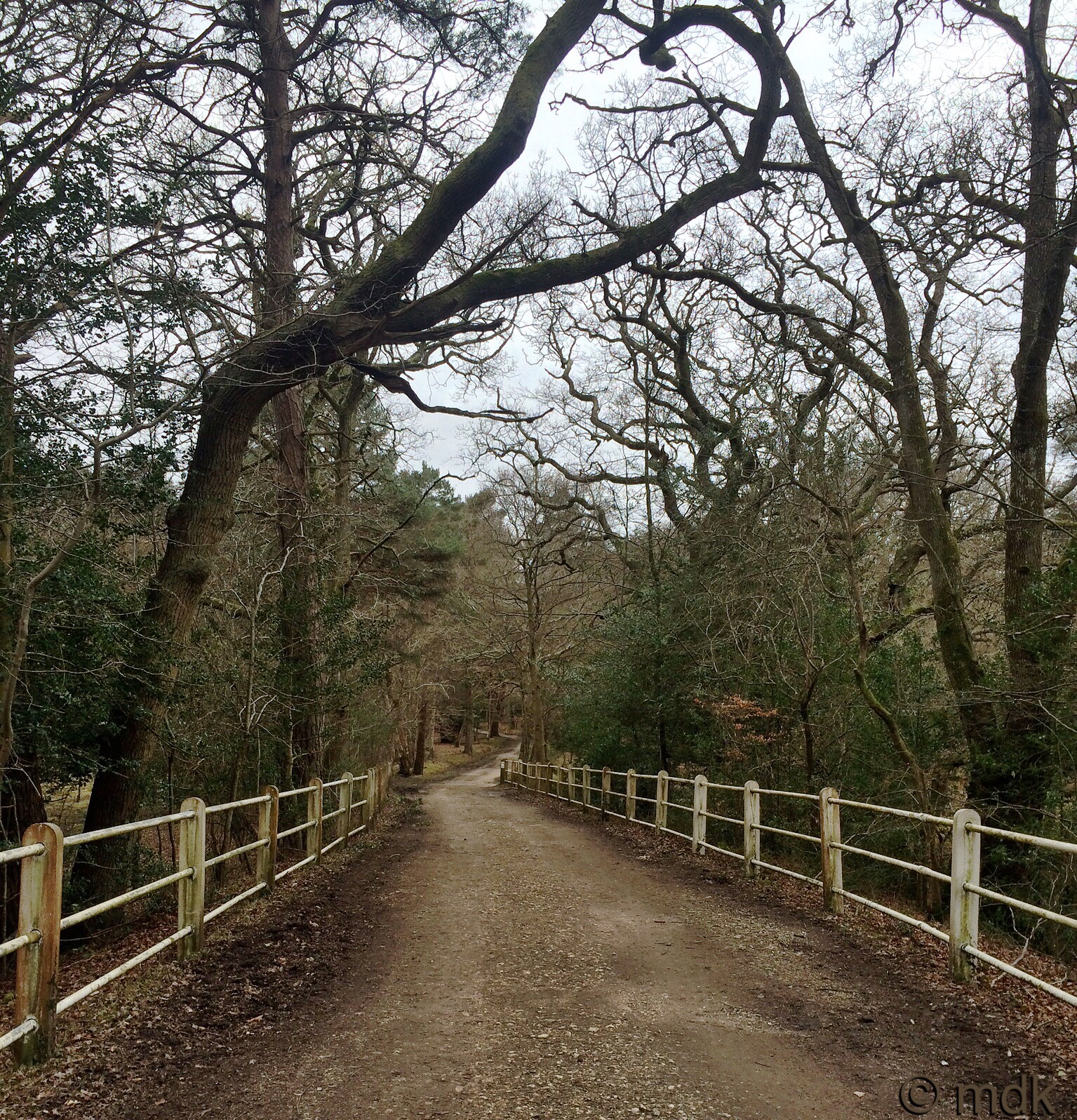 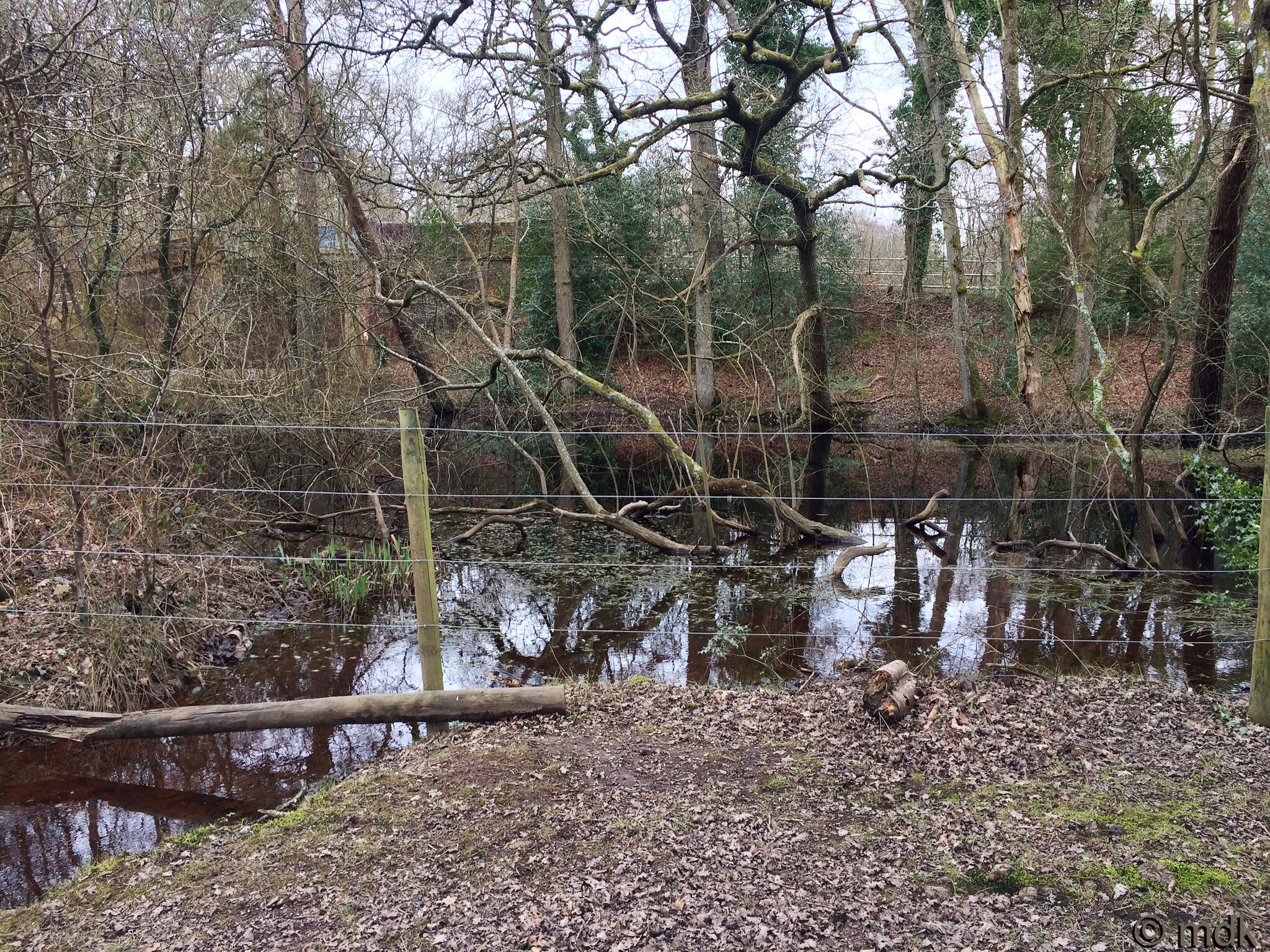 Crossing the railway I’d been fairly sure we were in Ashurst and a few minutes later the campsite was ahead of me so, although I could no longer see the group ahead, I more or less knew where to go. The New Forest ponies who’d been so conspicuous in their absence earlier were now everywhere. There were several pregnant mares amongst them a sure sign the ponies are in no danger of extinction any time soon. Some were a lot nearer the path than I’d have liked but none of them paid me any attention for once. 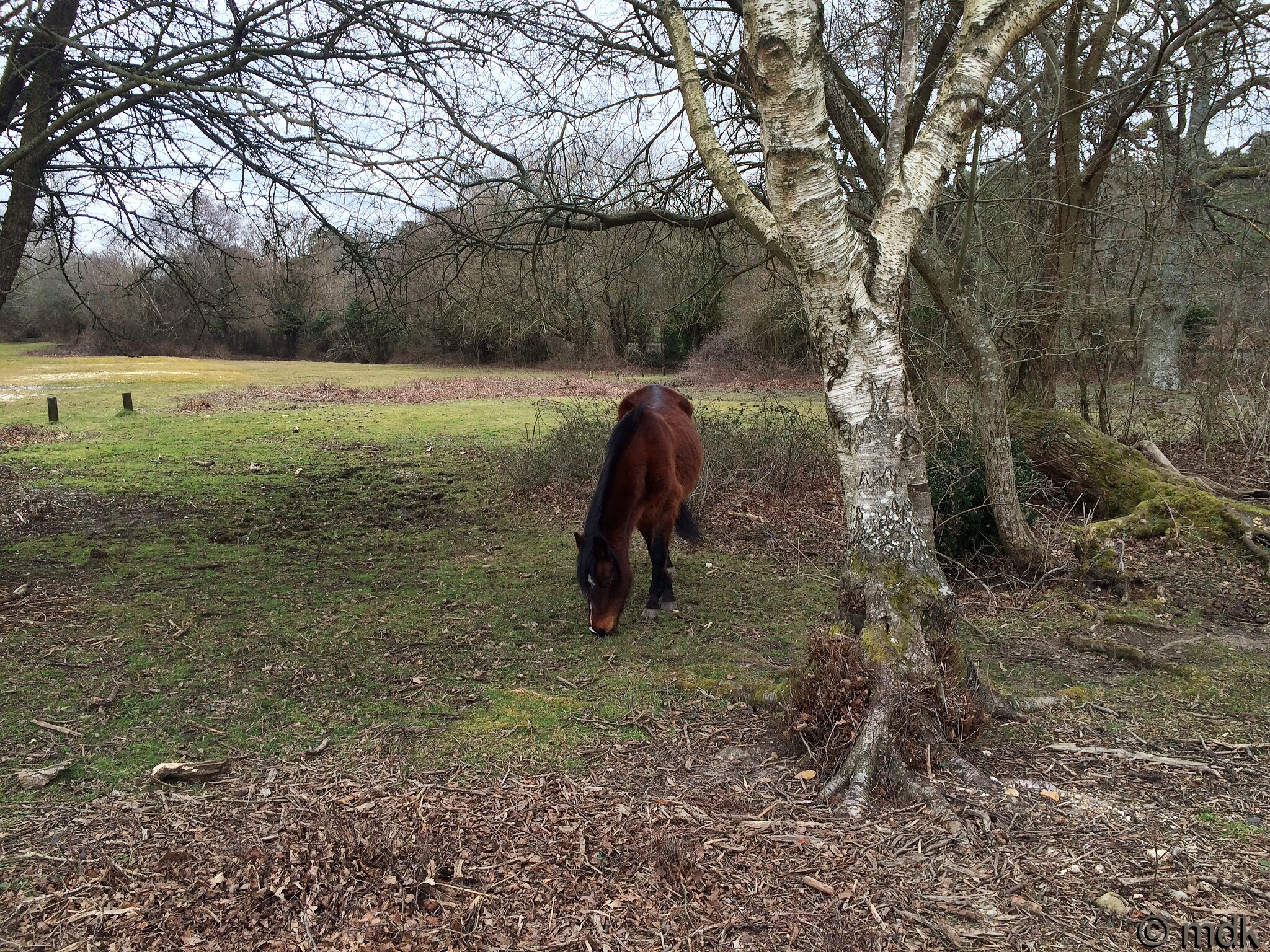 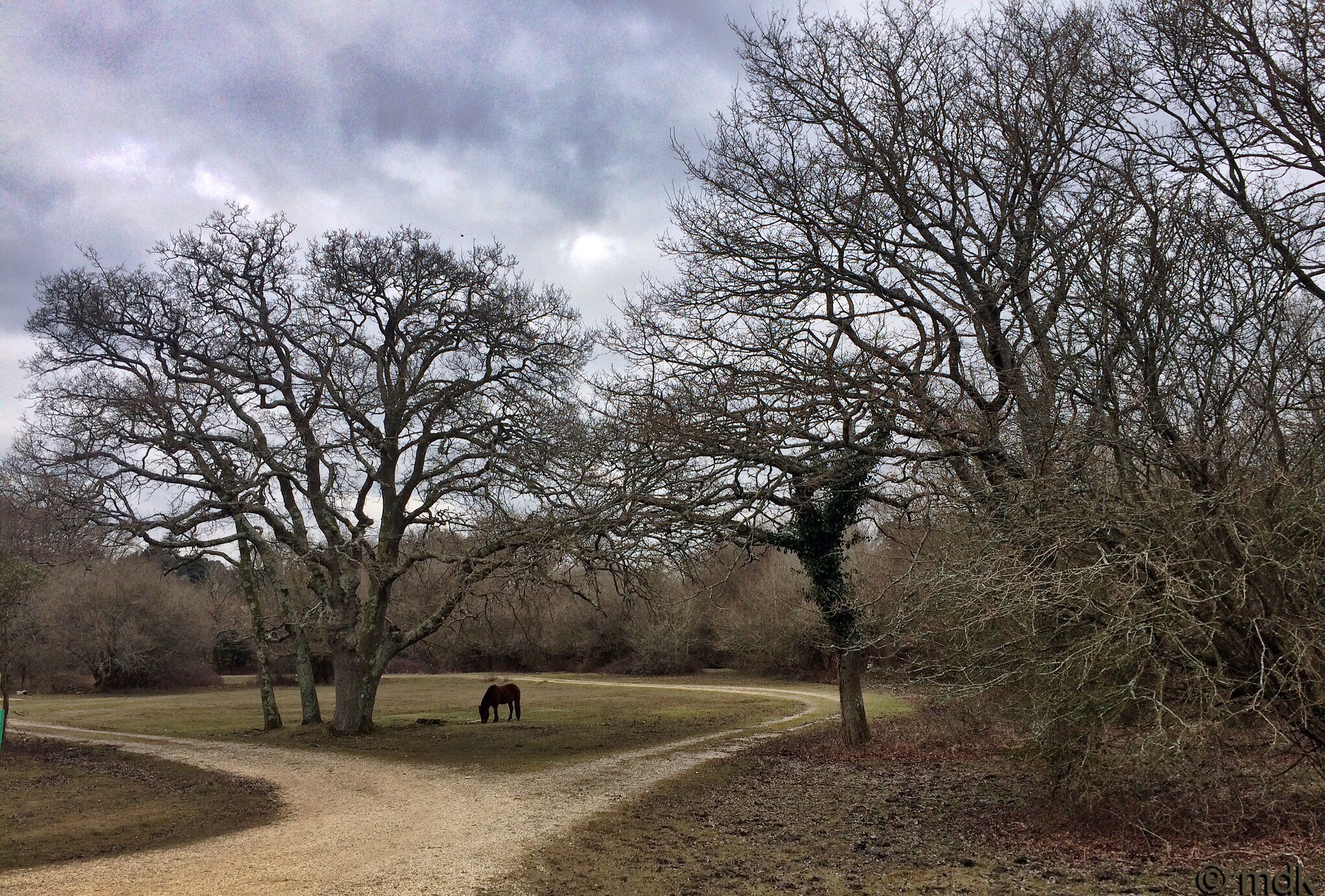 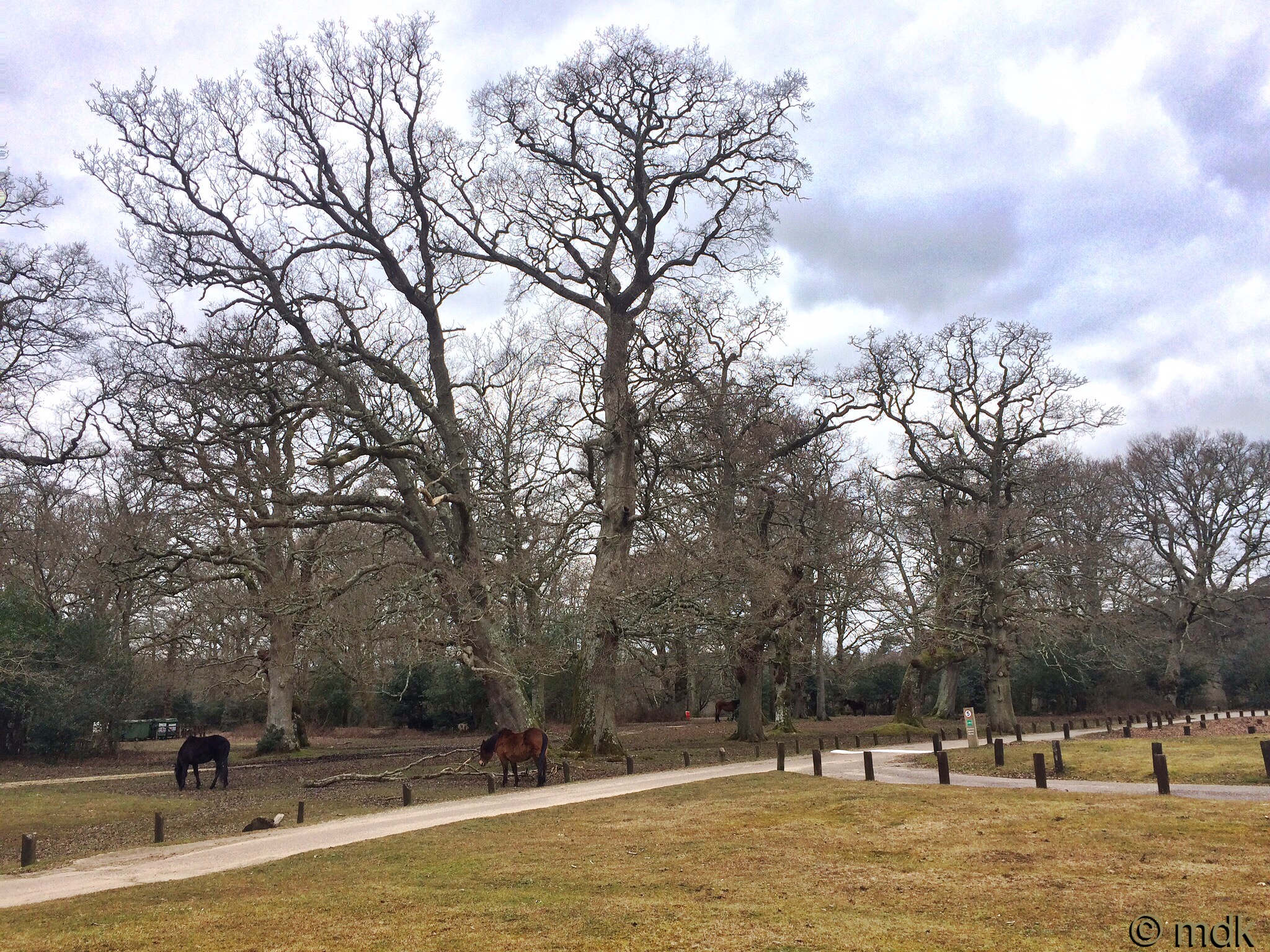 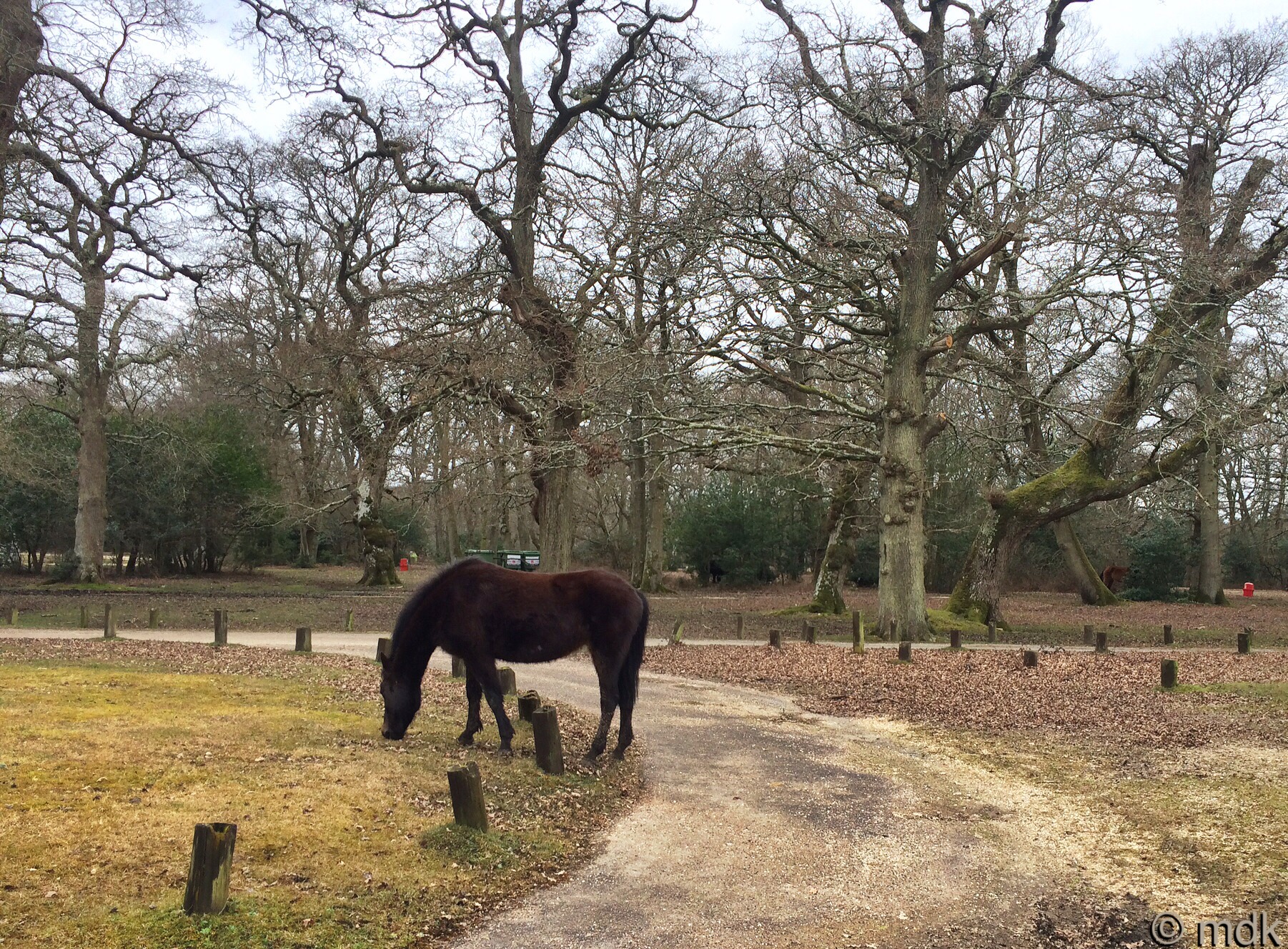 Pretty soon I could make out the pub car park through the trees so I phoned Commando to let him know I’d soon be leaving the rest of the group.
“I’ve been to Go Outdoors,” he said. I’m walking in your direction now, I’ll meet you somewhere on the road.”

I did go into the pub to say goodbye to everyone and use the facilities. Mike was there waiting. He’d had to work and I’d missed his company so it was good to see him. He’d be joining the group for the last part of the walk but, of course, they were all having a drink before then and I had Commando to meet. Care For A Walk 2016 was over for me. Now all I had to do was walk the two and a half miles along the road back to the car. 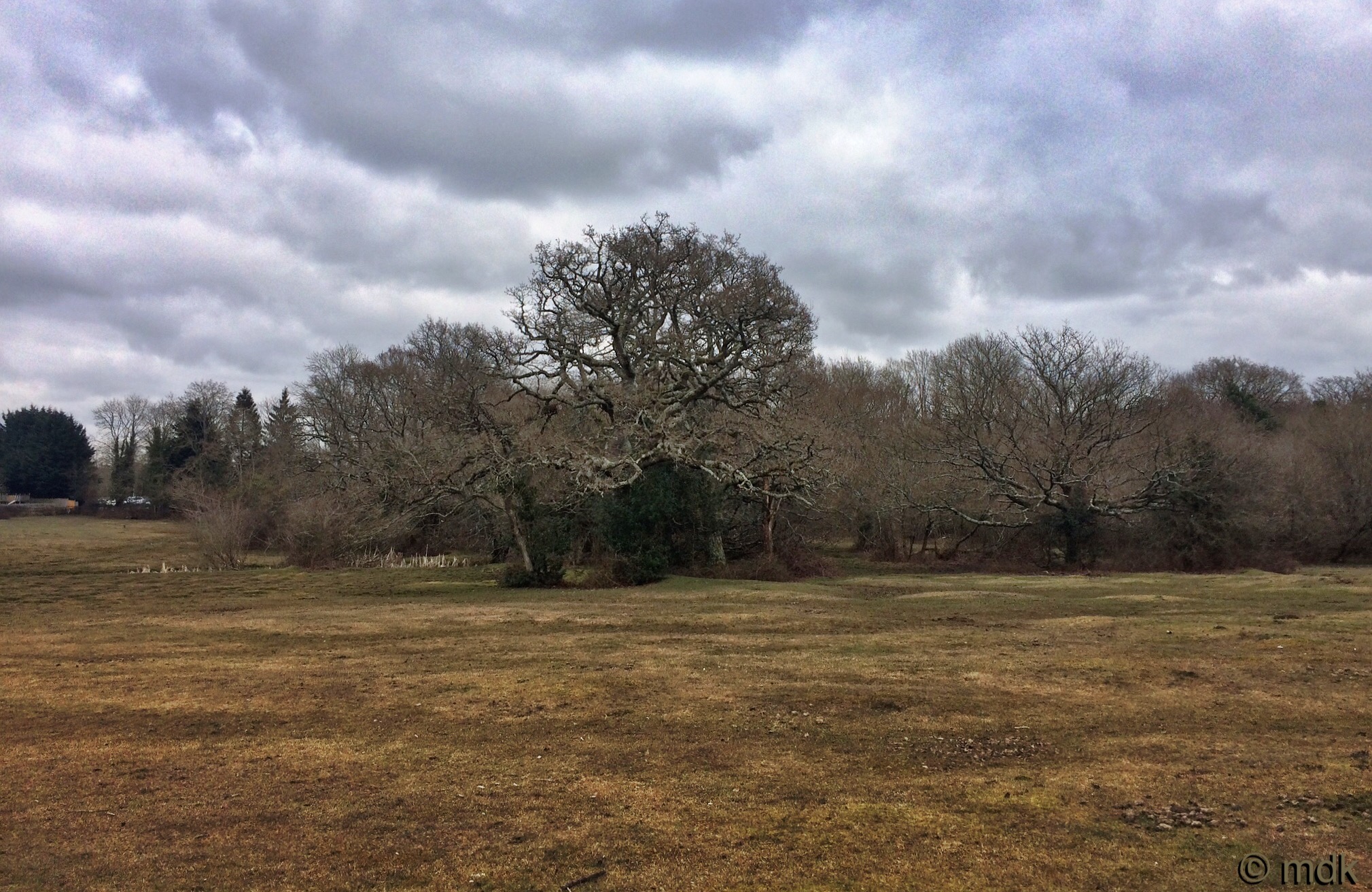 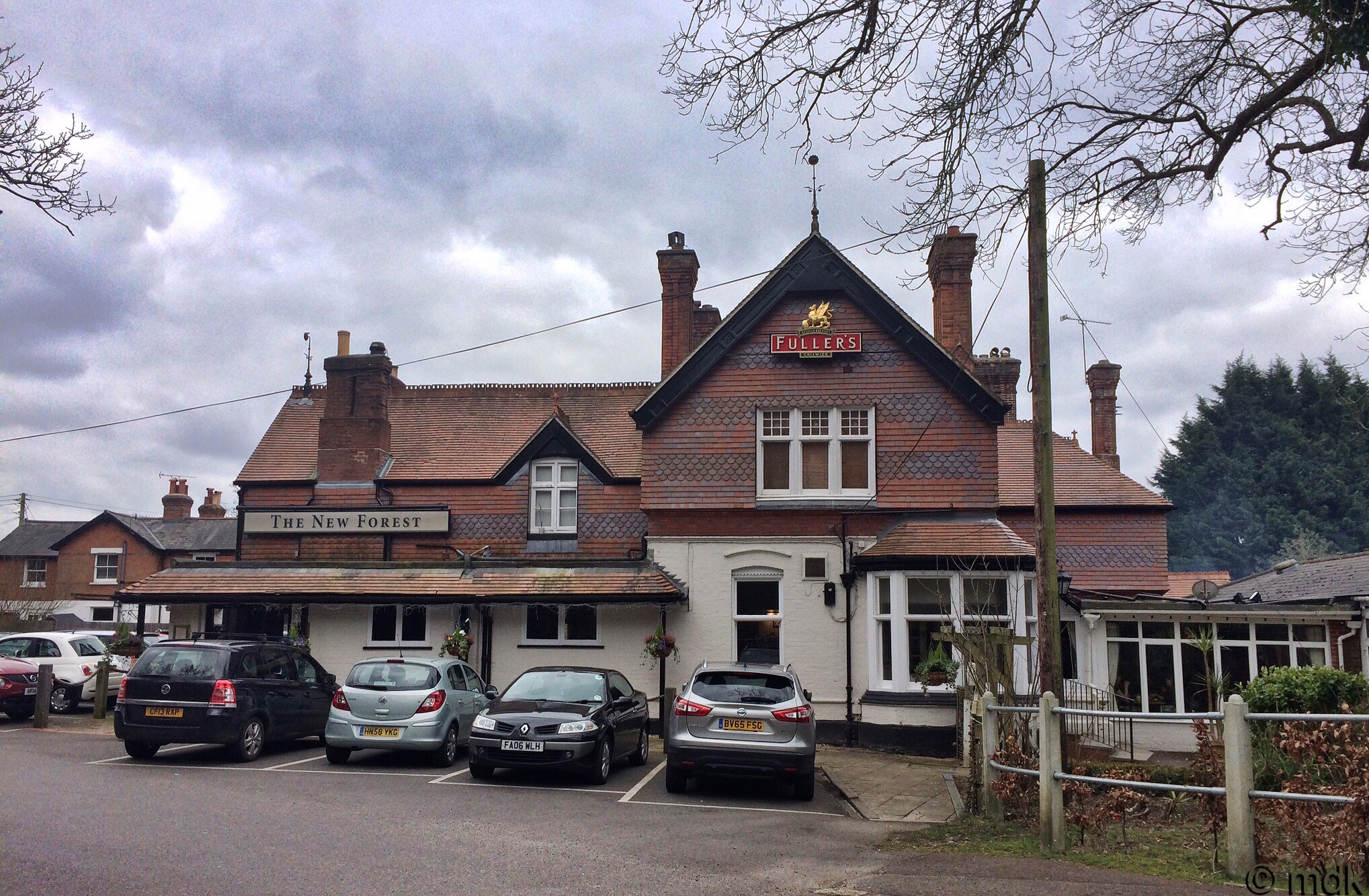