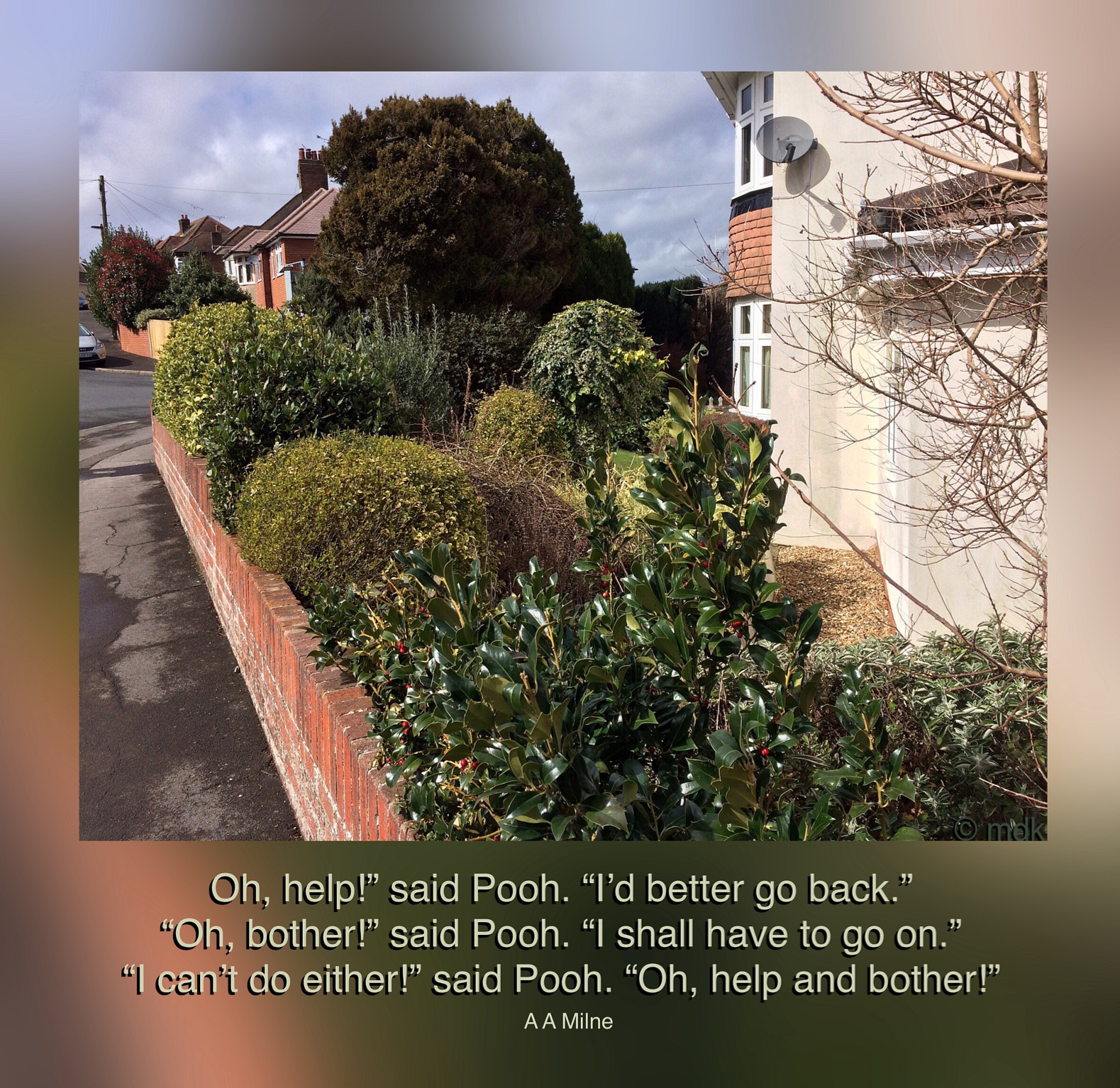 After the mad weekend of Care For A Walk, the Eastleigh 10k and an open day at Townhill Park House, this has been a week with no walking and I think I’m going stir crazy. It wasn’t because I was resting up, exhausted. I wasn’t injured or sick. I was simply housebound, more or less, because of a builder. Commando, in his infinite wisdom had arranged for our lovely friend Royzee to do some much needed work in the garden and someone had to be around to make him coffee, show him where to plug in his cement mixer and generally supervise. Ok, so there wasn’t much in the way of supervision needed but I could hardly go out for a walk and leave him unattended, especially as the house needed to be unlocked.

To be honest it was all very exciting, apart from the not being able to go out for a walk part.  Admittedly, the repointing around the front door didn’t have me jumping up and down with glee and the wall along the driveway felt a little sad because the original, although crumbly and falling down, was built fifty odd years ago by my dad. The exciting part was the concrete base for the new potting shed come summer house Commando had promised me ages ago when it became clear the new garden shed was actually a man cave.

Day one was spent sulking in the kitchen cooking. While I made Easter brownies, curry and pizza bases I could hear the crash of demolition and the grinding churn of the cement mixer outside. Through the window, the sun shone brightly, taunting me. There were so many places I could have been walking under that beautiful blue sky.

Of course the sun continued to shine and, over the next couple of days, I did at least get out in the garden in between making cups of coffee. Belatedly, I realised I should have taken some before photos of the wall but it had disappeared forever and was now a pile of rubble on the drive. While Royzee began building the new one I took photos of the end of the garden for prosterity. Before I did I had a quick tidy up, moving the piles of canes and weeding the almost empty veg plot. Surprisingly some celandine have wandered in from somewhere and I couldn’t quite bring myself to pull them up. Perhaps I’ll find a home for them elsewhere. 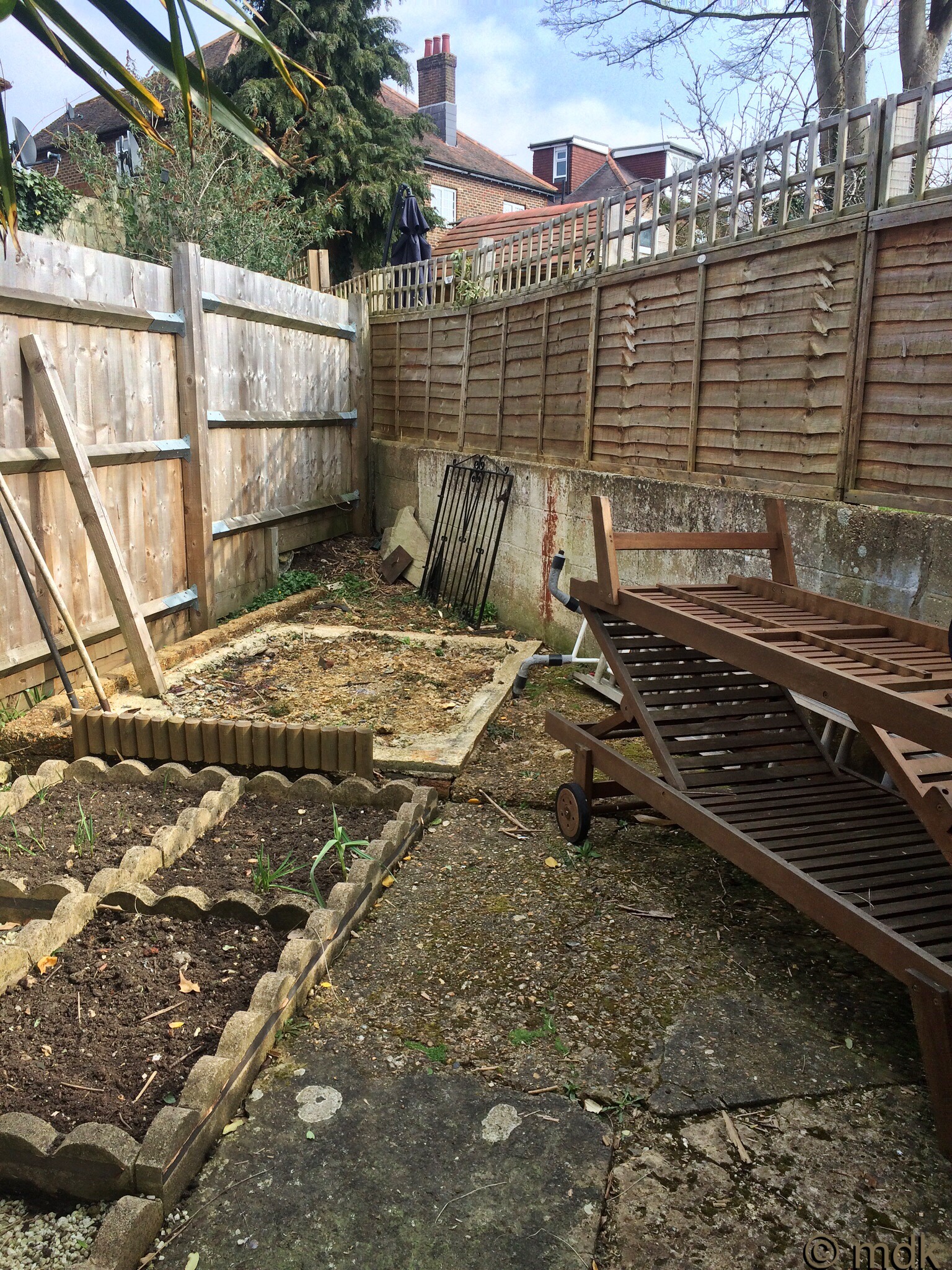 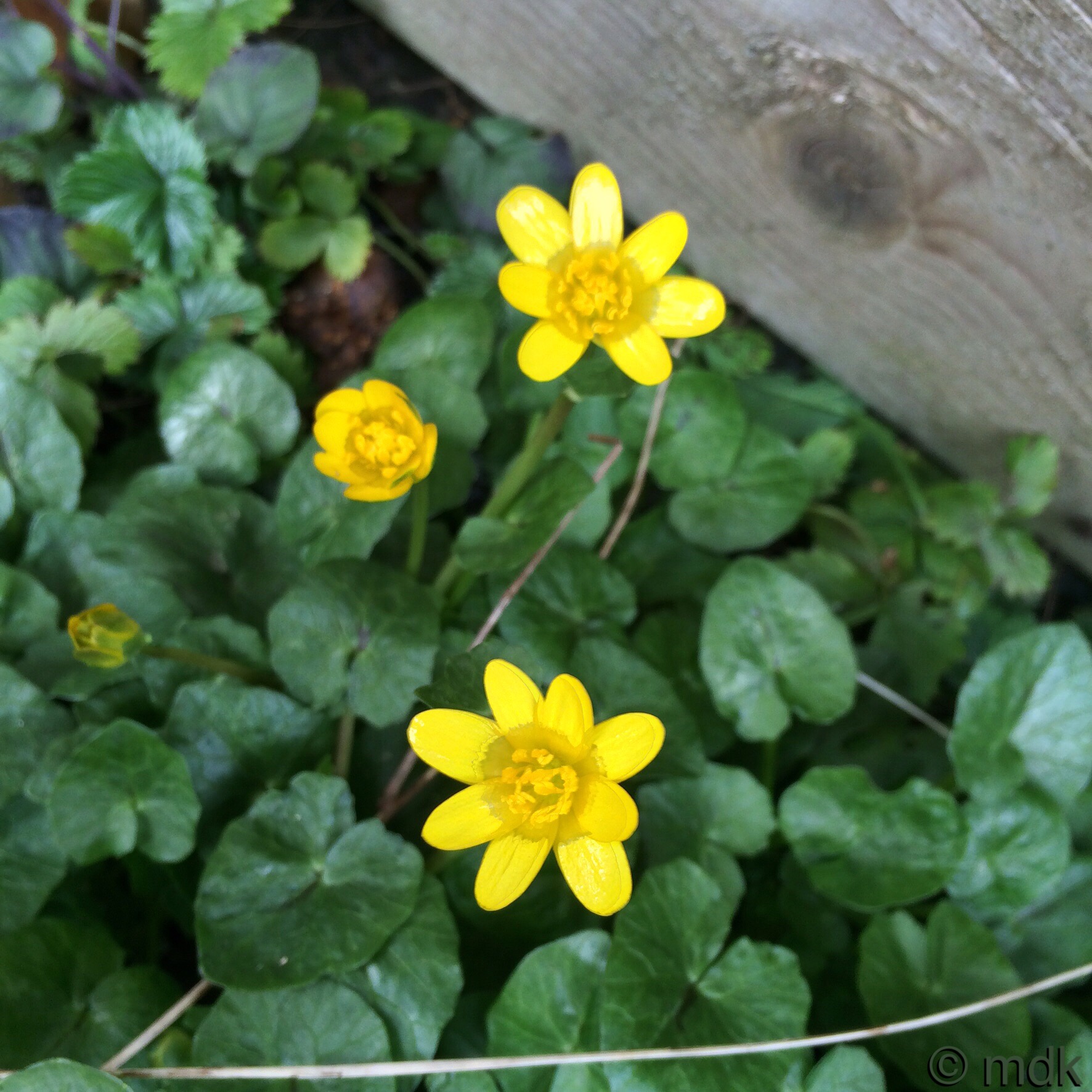 Next I cut back the ivy and honeysuckle on the overgrown arch, along with a few stray palm fronds. At least Royzee would be able to actually get down there without the aid of a machete when the time came and he wouldn’t feel like an explorer in the Amazon. 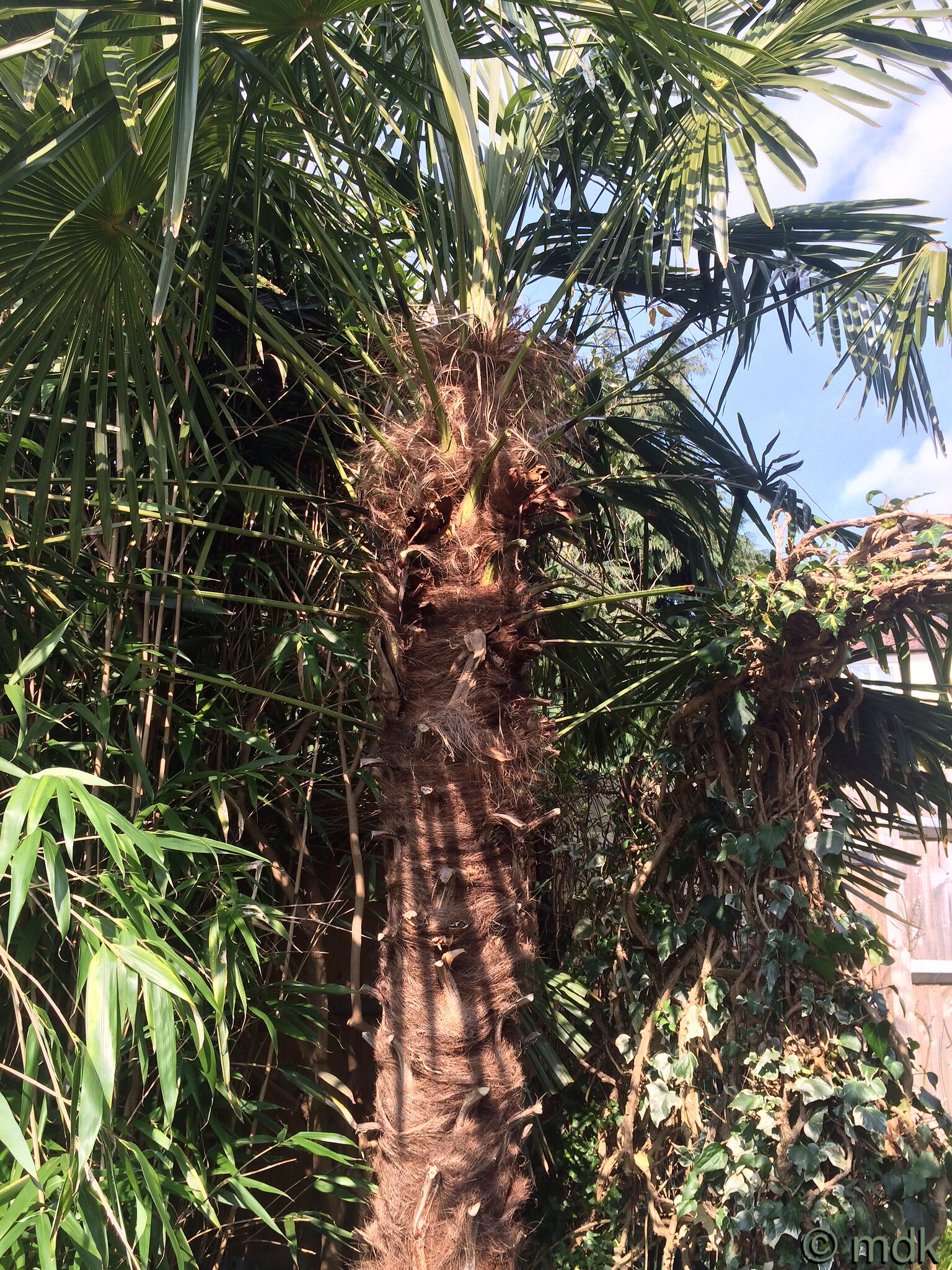 As the overgrown foliage fell about me it began to become clear that the wood of the archway had rotted and the only thing supporting the plants was their own woody stems. Given the whole thing was hastily cobbled together by Commando a good ten years ago and hasn’t been touched since it’s amazing the thick posts holding up the wire mesh of the fence have survived but they still hold strong. Even so, the curve of the arch hung limply at an odd angle and it was obvious it couldn’t stay like that. 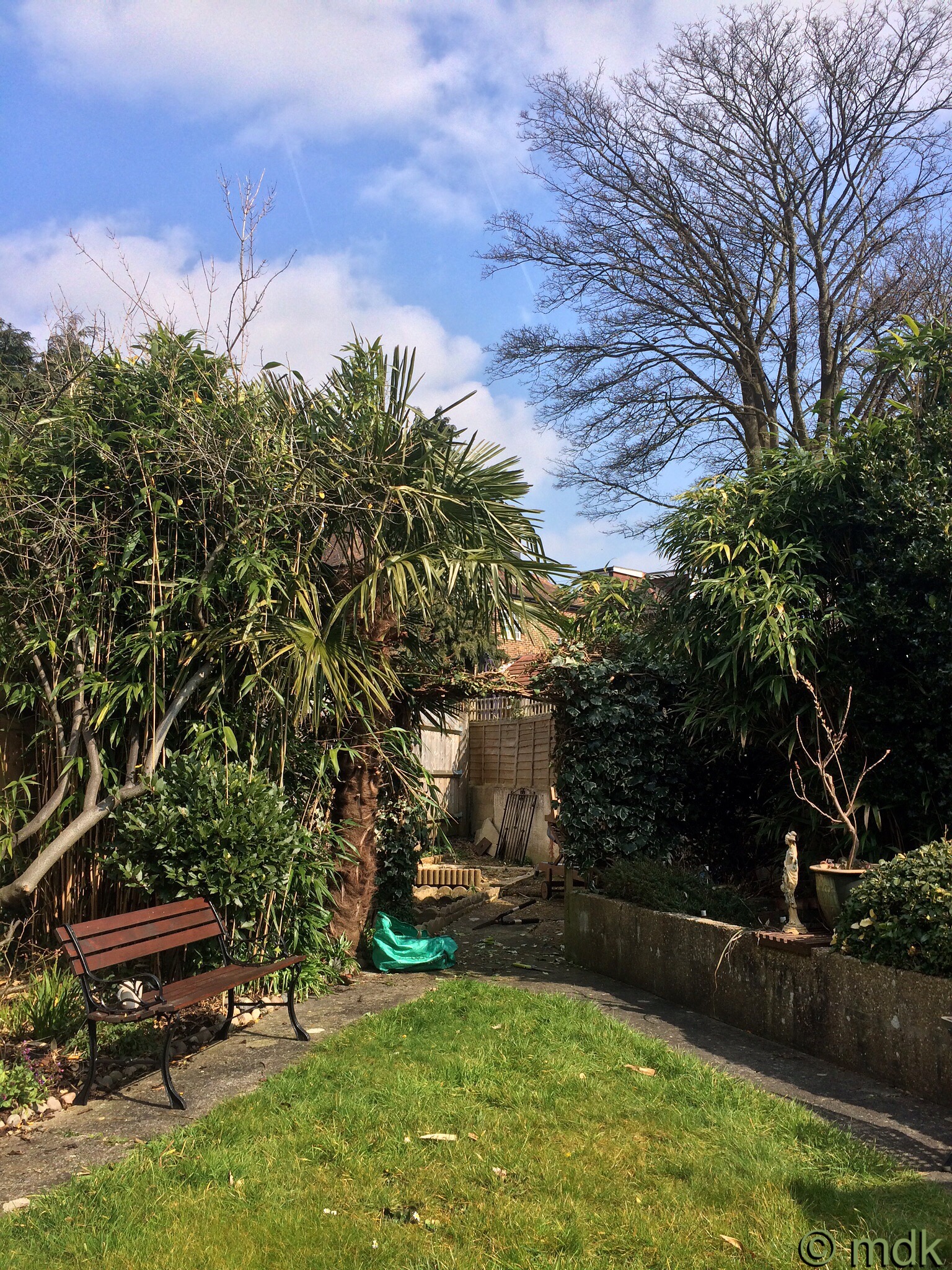 While I wandered around the back garden clearing away dead things and trying, unsuccessfully, to capture a photograph of the bees buzzing around the pulmonaria flowers I wondered what I could do about it. Of course I could ask Commando to build another wooden arch. He’s rather tied up with marathon training at the moment though, along with a full time job building aircraft. It seemed like a bit of an imposition and anyway, wouldn’t another wooden arch just rot away eventually? 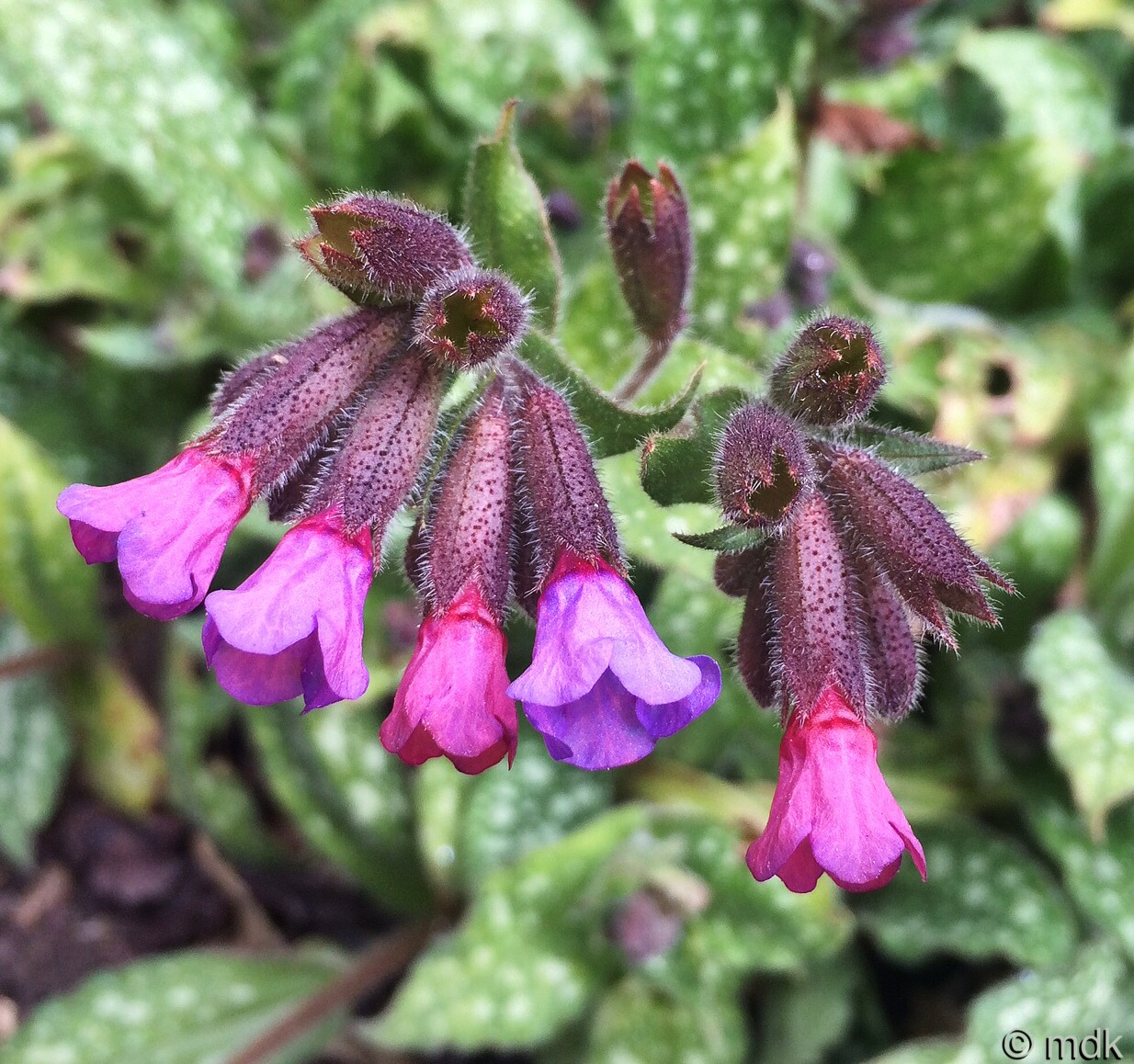 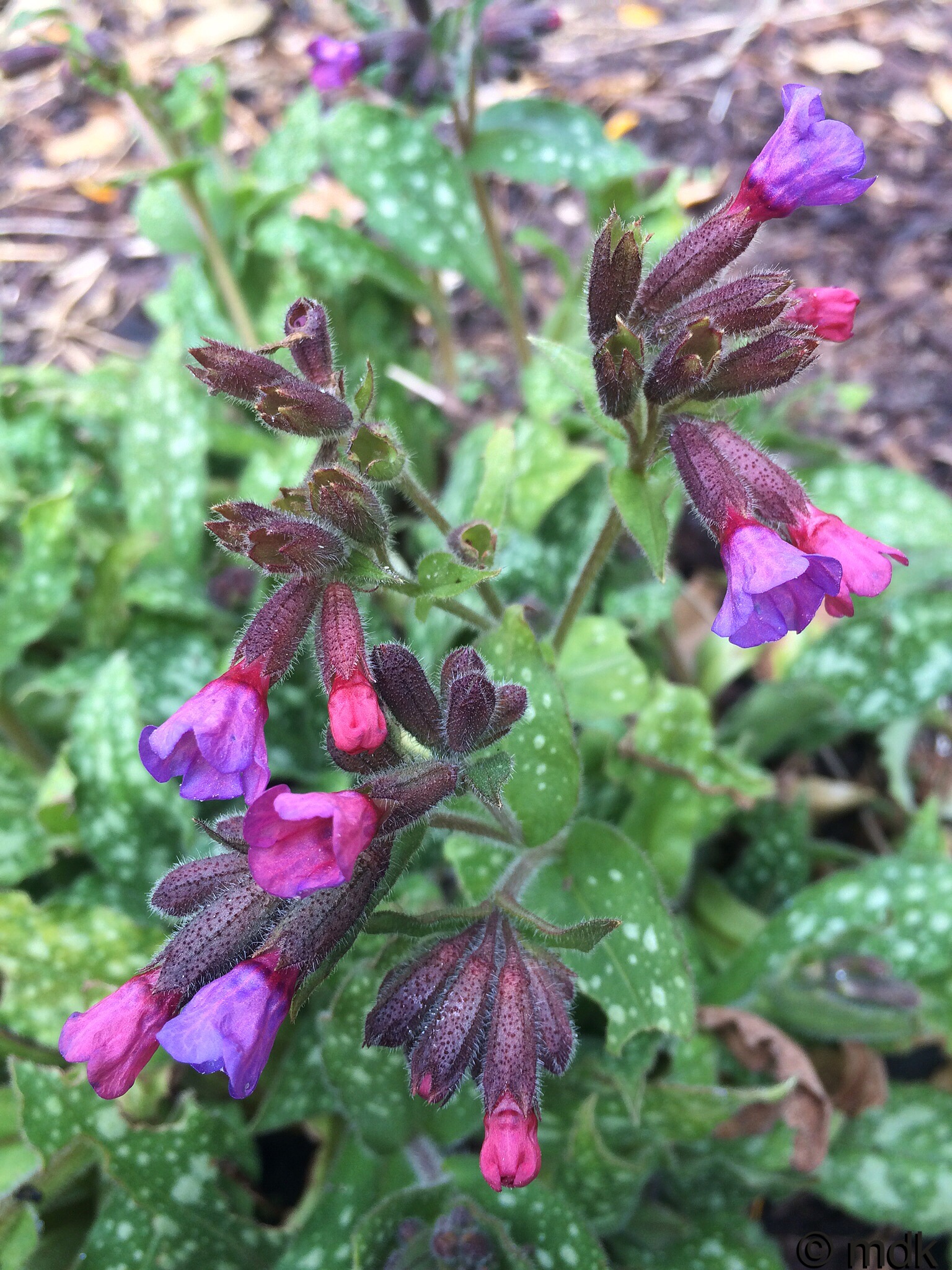 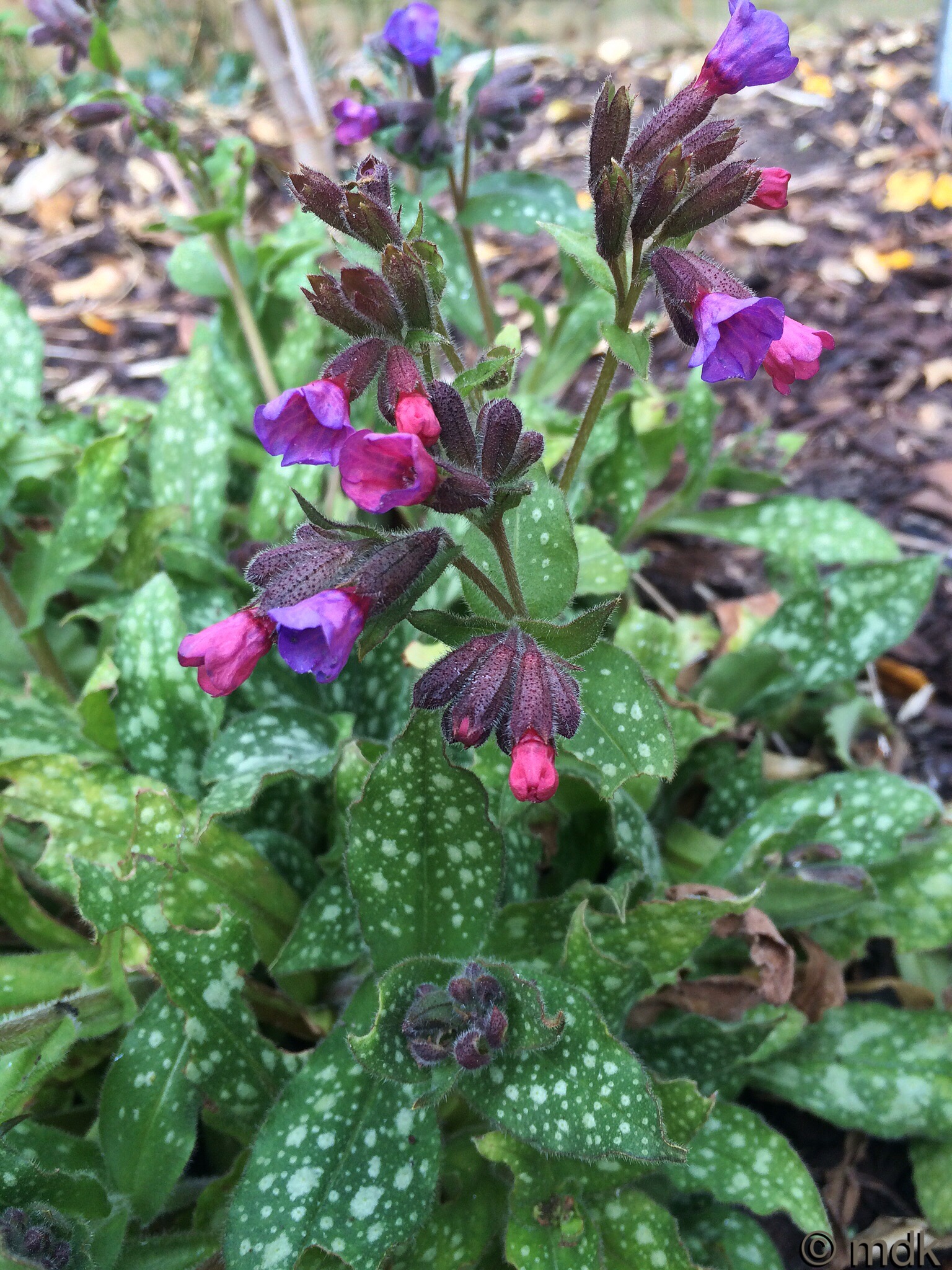 Besides, Commando doesn’t really like making things with wood. Although he’s done some brilliant work on things like the arch and the fence at the bottom of the drive his skill and training, not to mention all his tools, are for metalwork. Woodwork usually leads to a lot of swearing. Maybe a metal arch would last longer? The time thing was still a problem, but then I started thinking about ready made metal arches, I was sure I’d seen some at the garden centre.

Right now the garden is resting, a little like the lovely one we walked around at the weekend but not anywhere near as grand or well kept. The daffodils jumped the gun and are all over now and the spring bulbs that sensibly waited are still mostly spiky leaves emerging from the soil. There are buds on the bluebells, a single squill and the wallflowers in my blue pots have decided it’s time to bloom but other than that it’s a bit of an untidy wasteland. After I’d finished it was less untidy but still pretty much devoid of colour unless you count green. 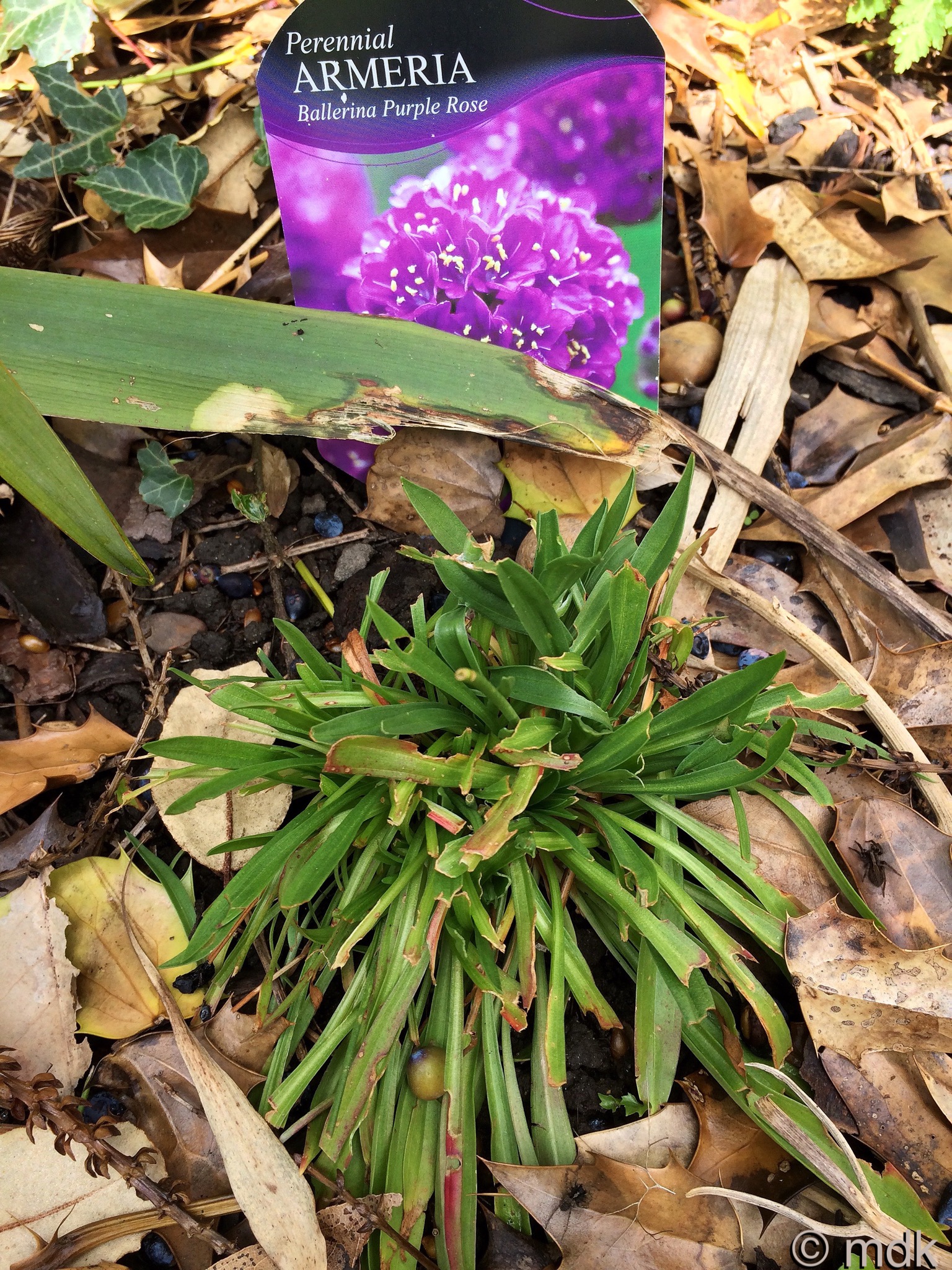 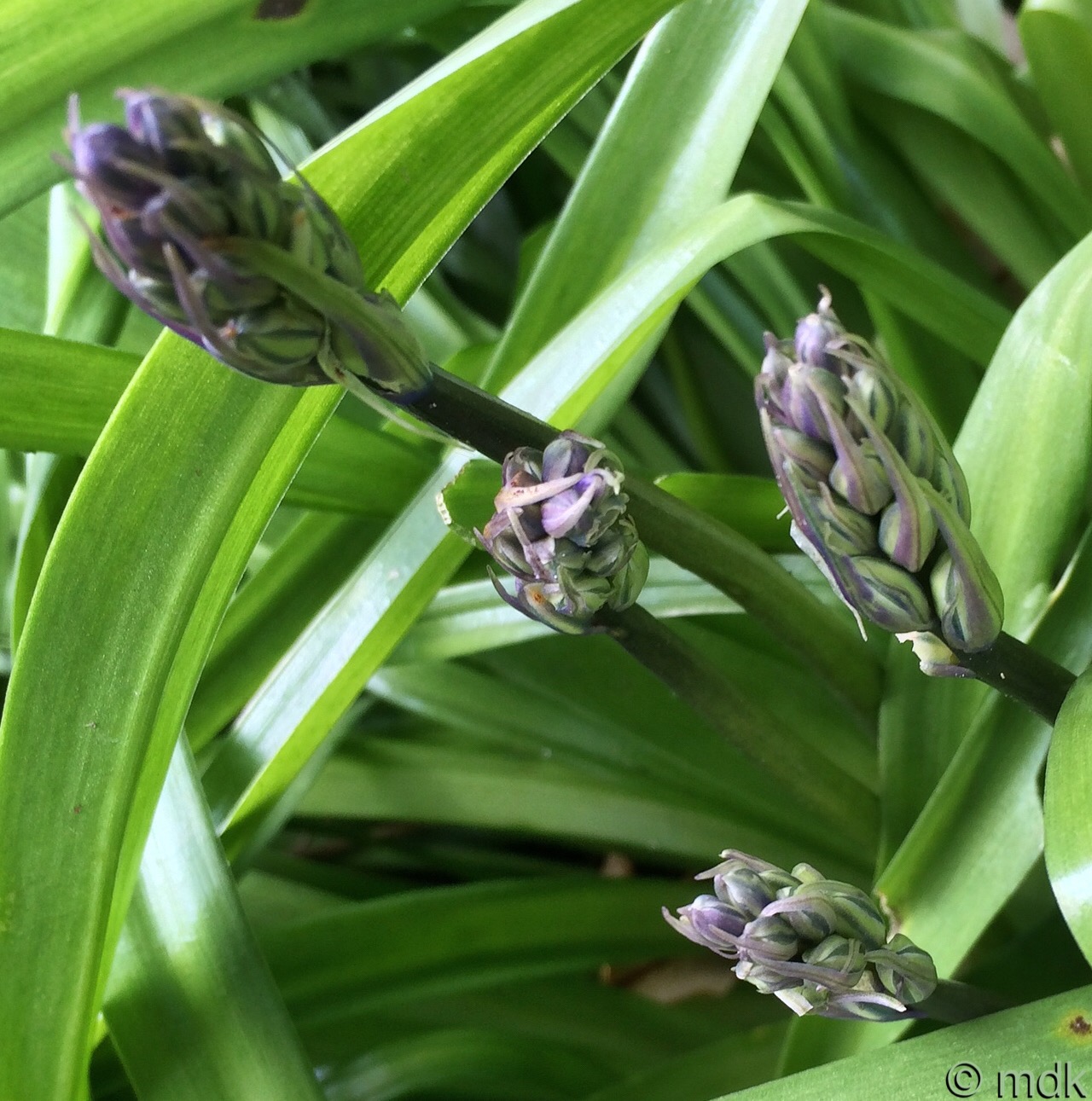 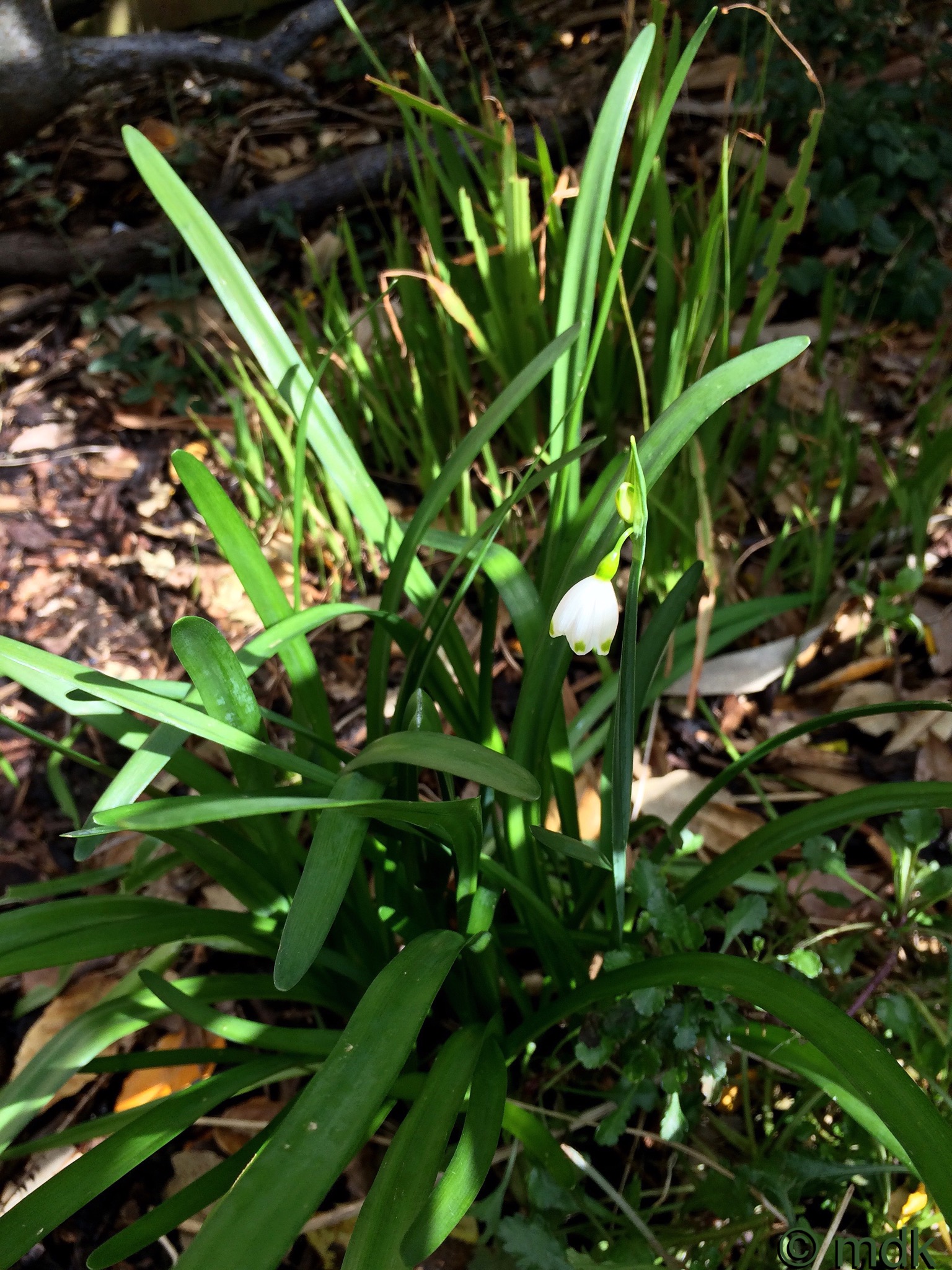 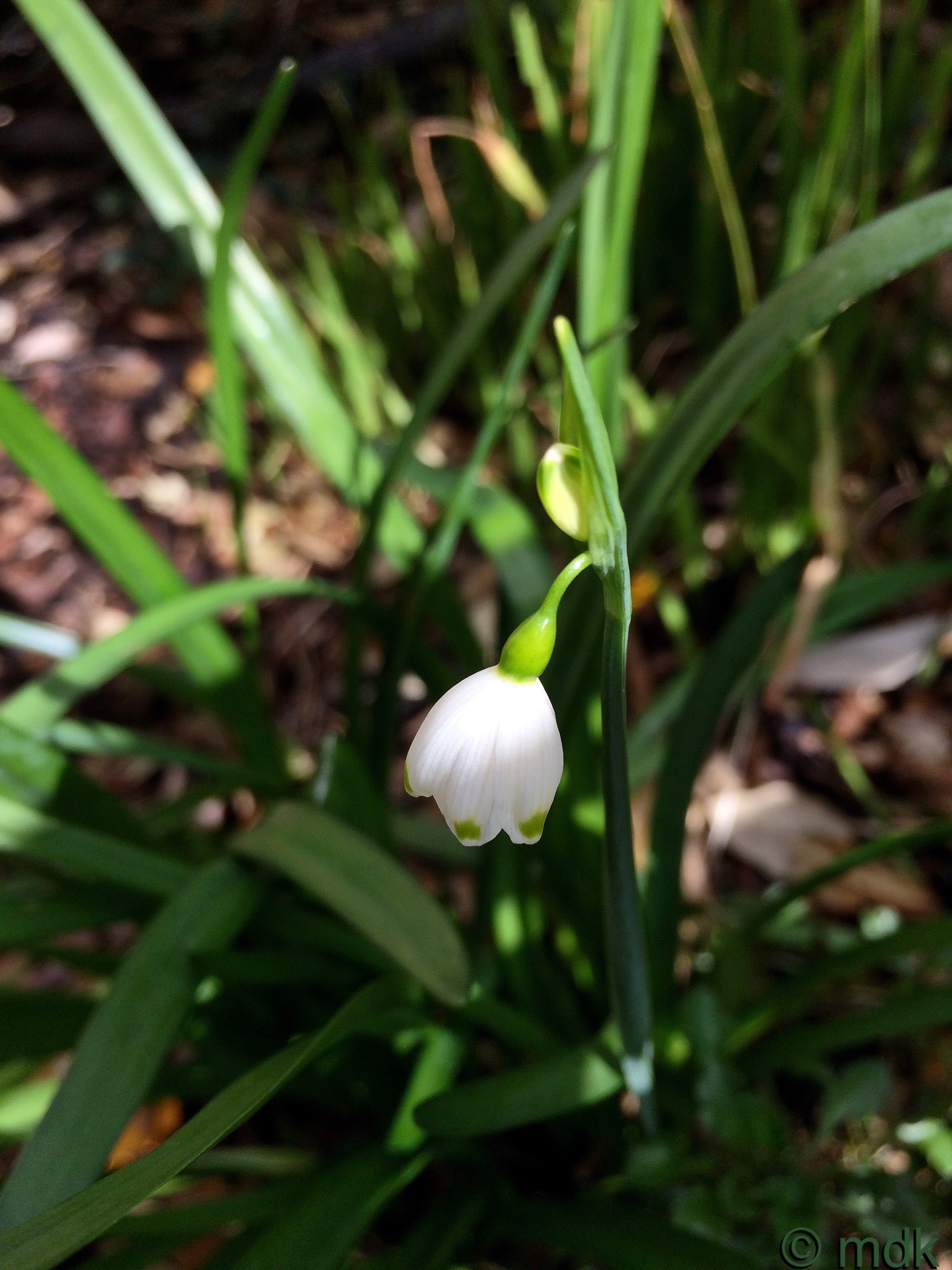 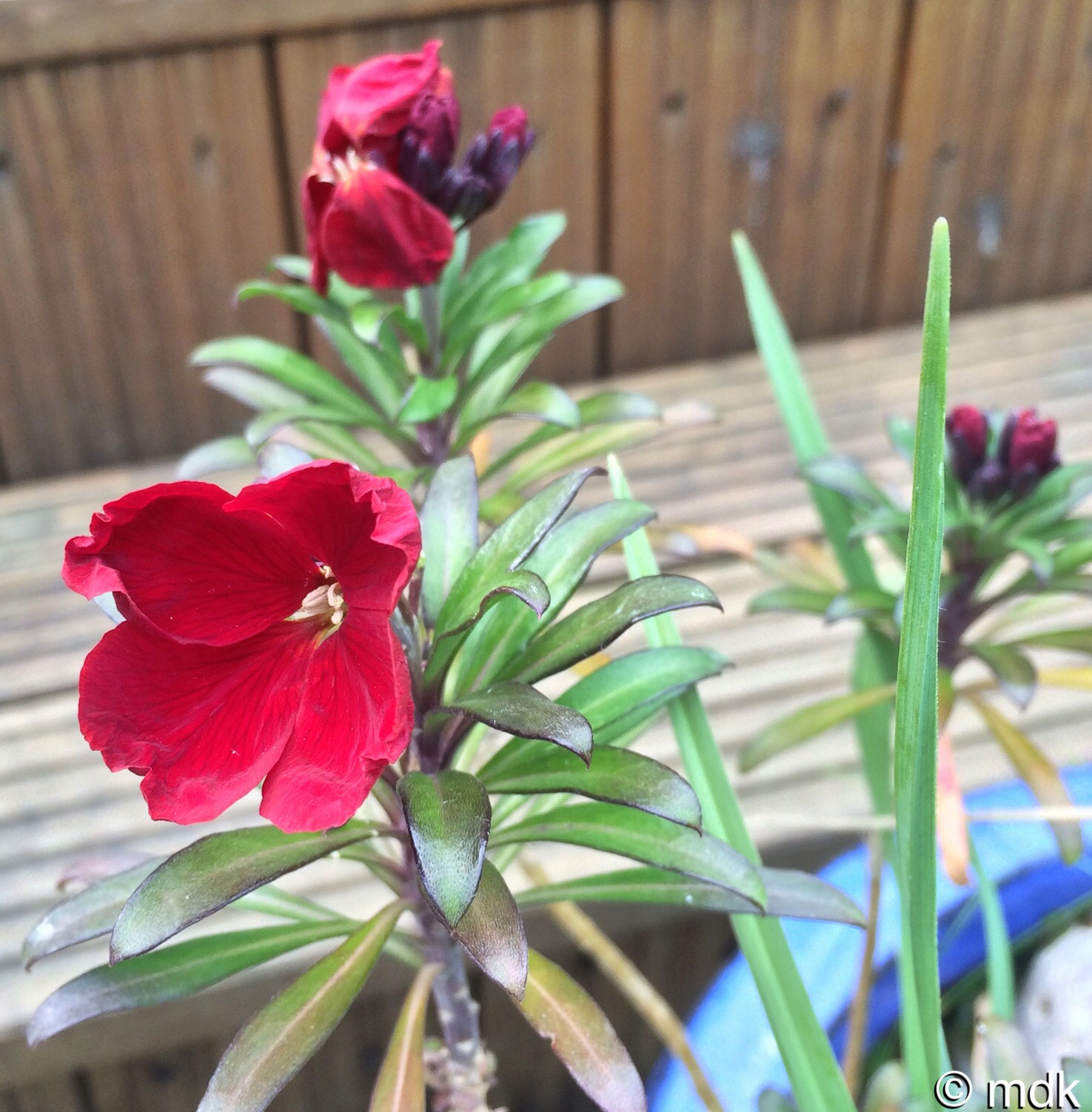 Amongst all that green there are a few encouraging signs. The hydrangea I planted last year has a new leaf on its bare bones so at least it isn’t dead as I’d feared. There is also a fat bud or two on the potted camellia I rescued from Commando Senior’s garden. Maybe this year I’ll find somewhere to plant it permanently. 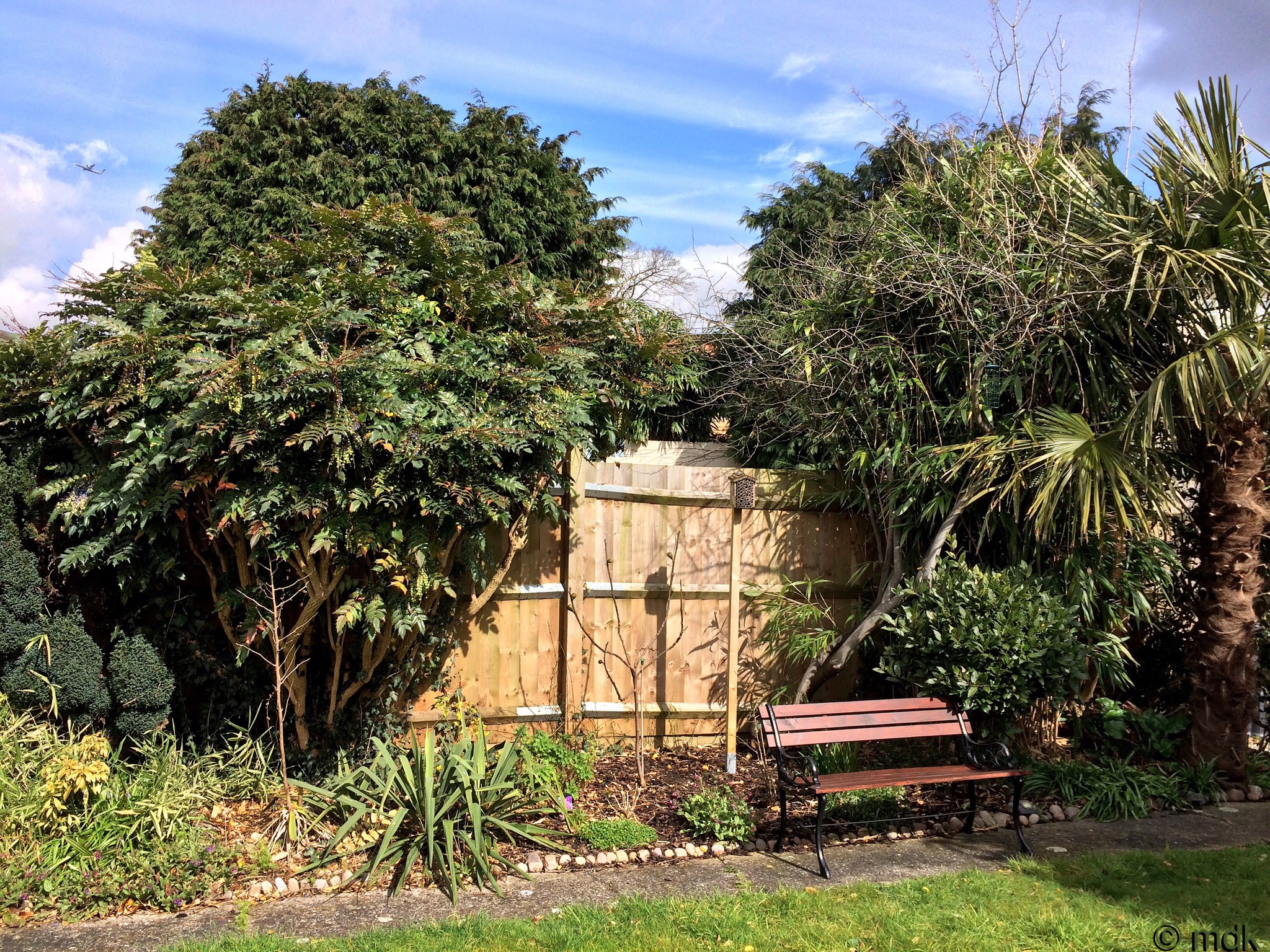 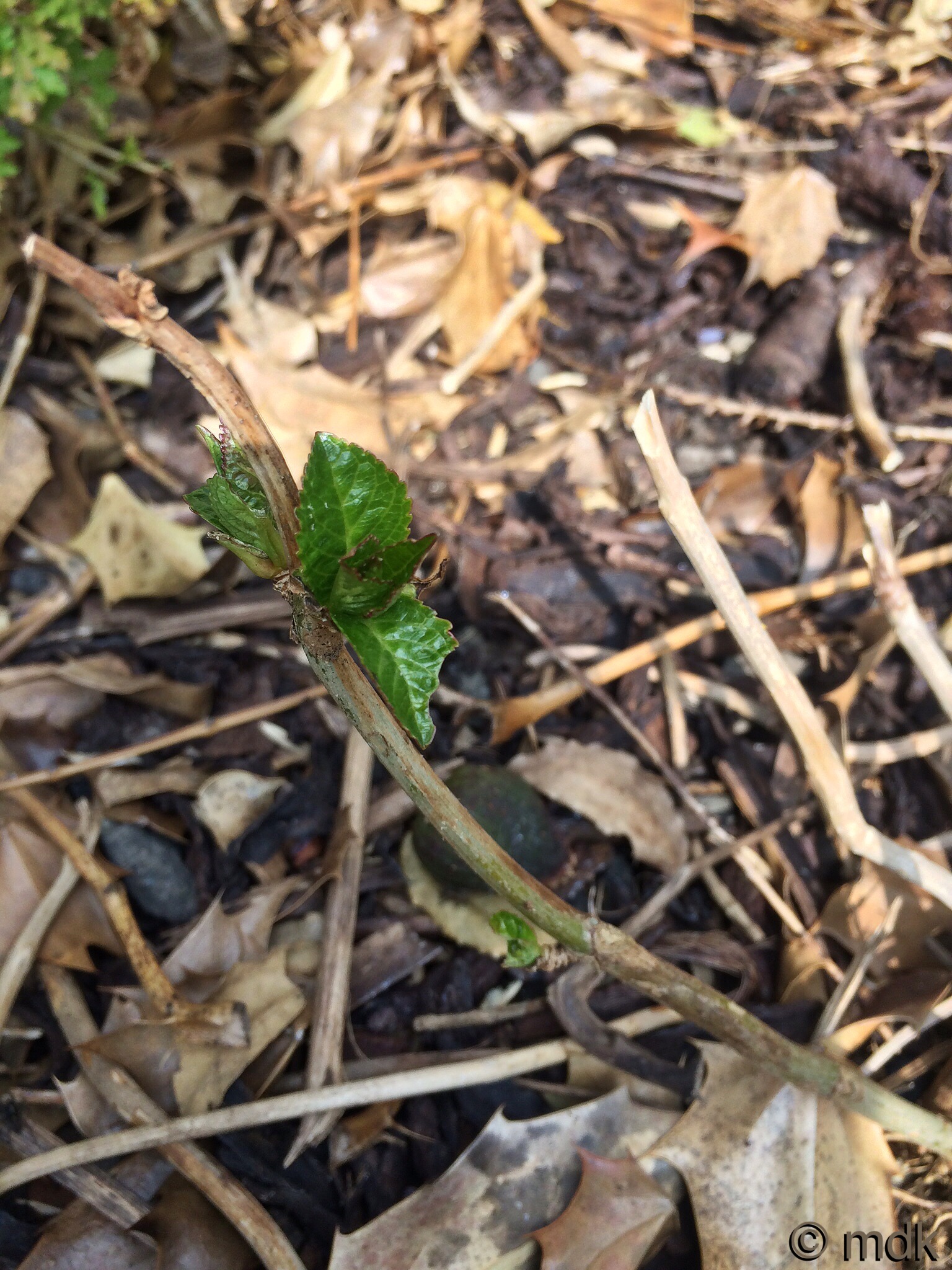 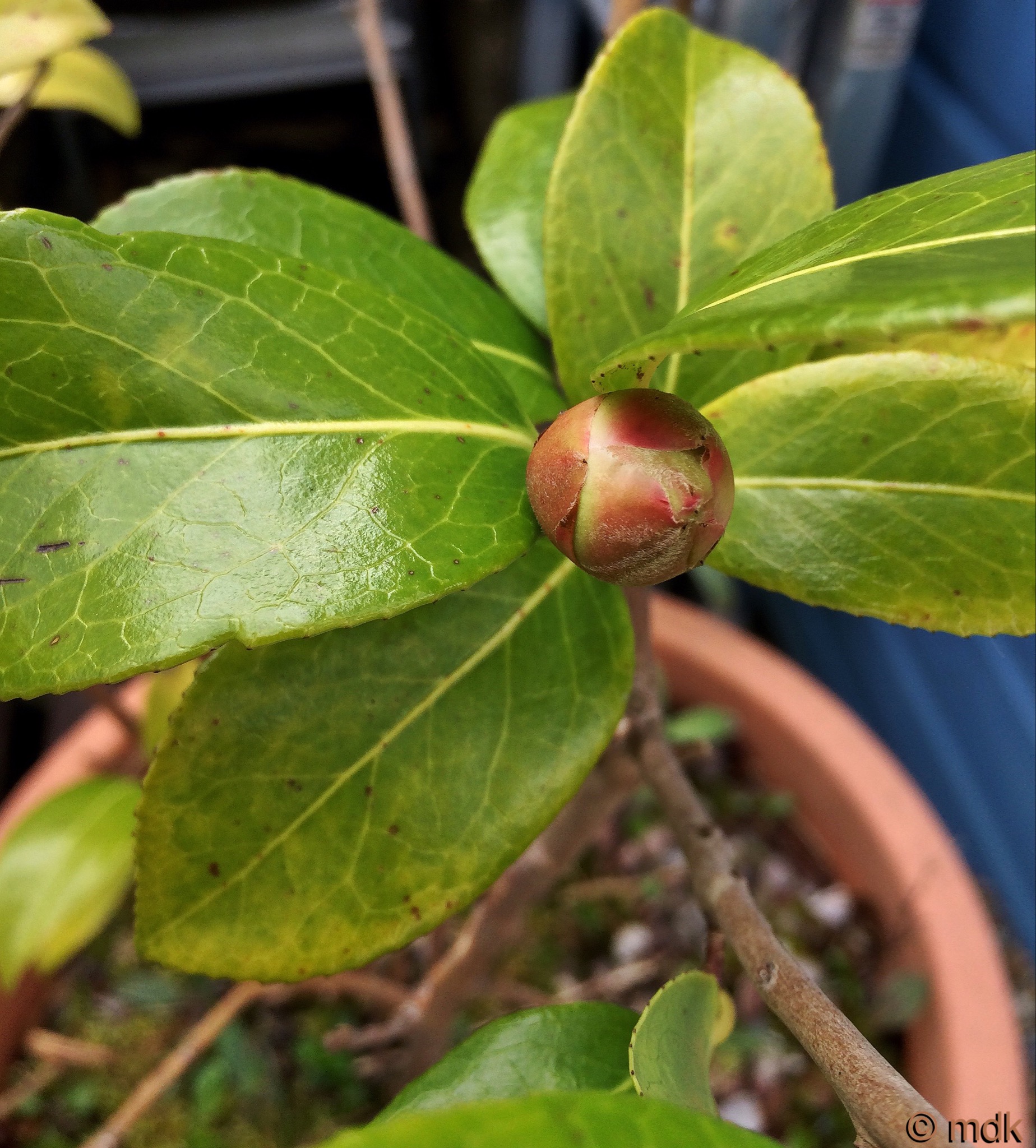 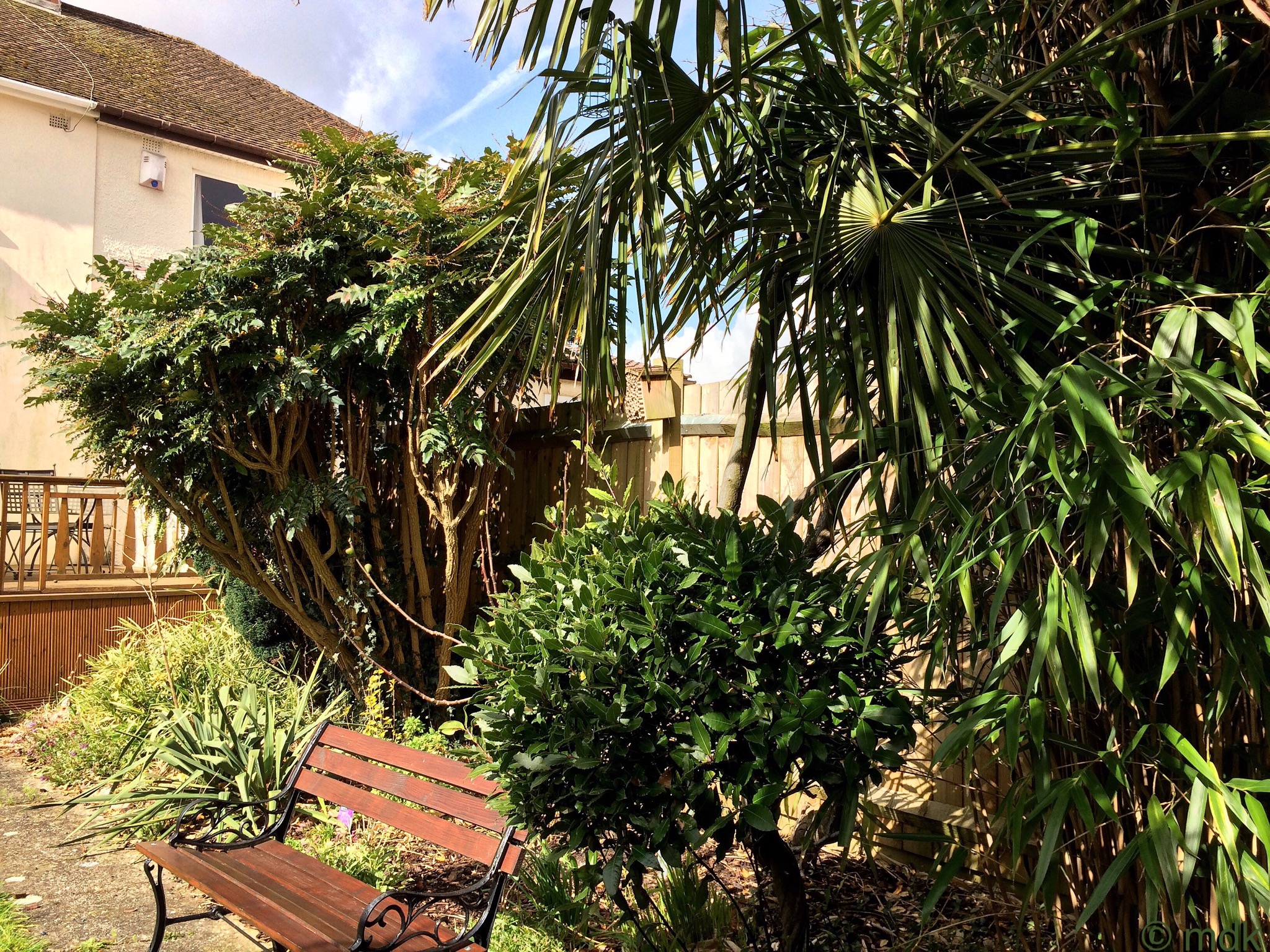 Later, a quick Googling told me there were lots of arch choices and they were extremely cheap if you didn’t want anything fancy. As this arch would soon be covered in foliage fancy seemed a bit of a waste. Commando liked the idea, possibly because it meant no building for him, so, on Thursday, with the wall completed, we went arch hunting. It didn’t take long, although I may have accidentally bought another Buddha. Well, you can never have too many and this one looked so serene I couldn’t resist him. 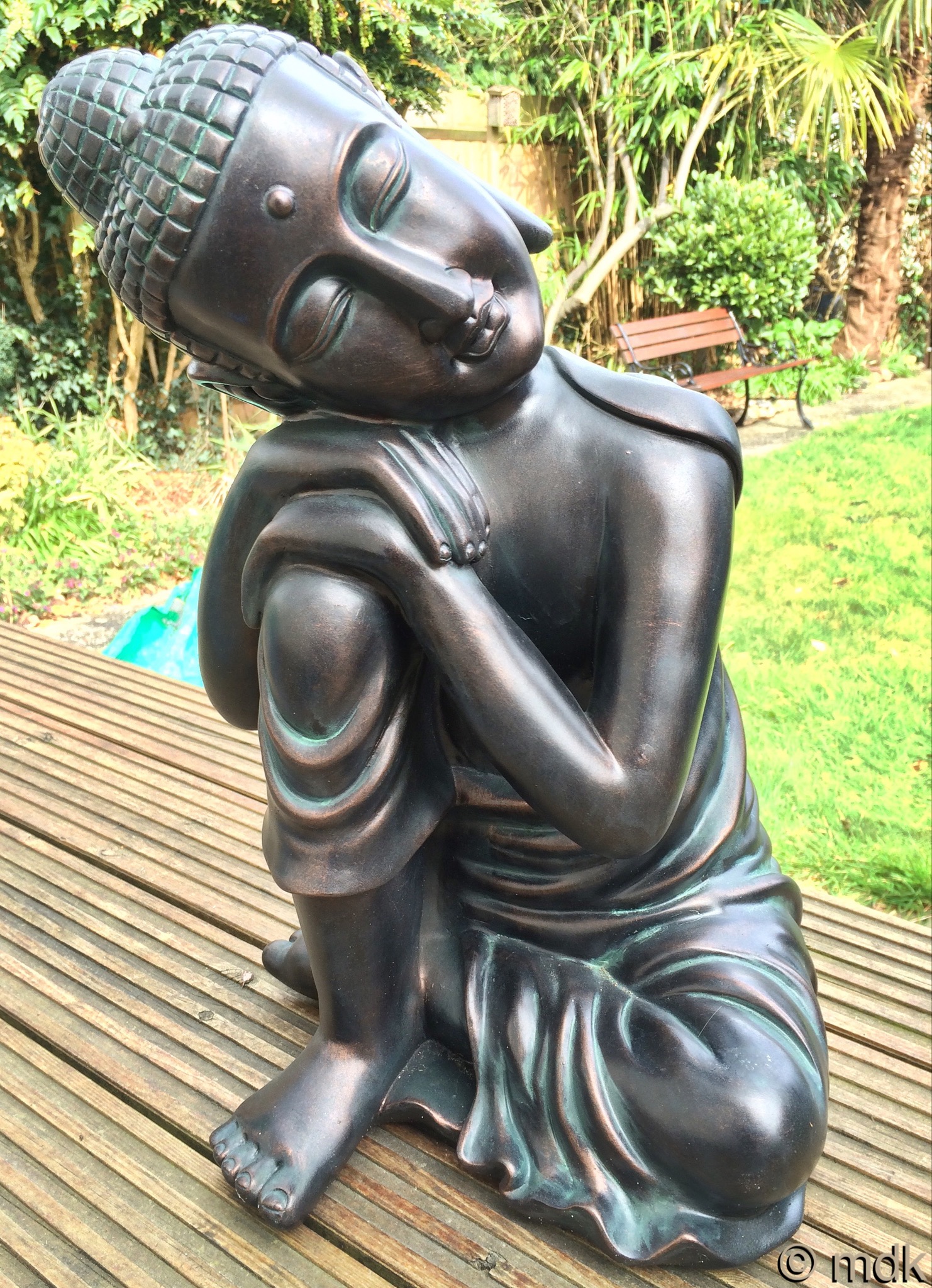 Before Commando could fix the new arch the ivy had to be cut away. The stems were thick  more like trunks and Commando grew impatient with me hacking away with the pruning saw and ended up doing most of it himself. Then, wasting no time, he fixed the new arch in place. He did a brilliant job of it too. Now it’s a waiting game. Hopefully it won’t take too long for the plants to twine themselves around it. 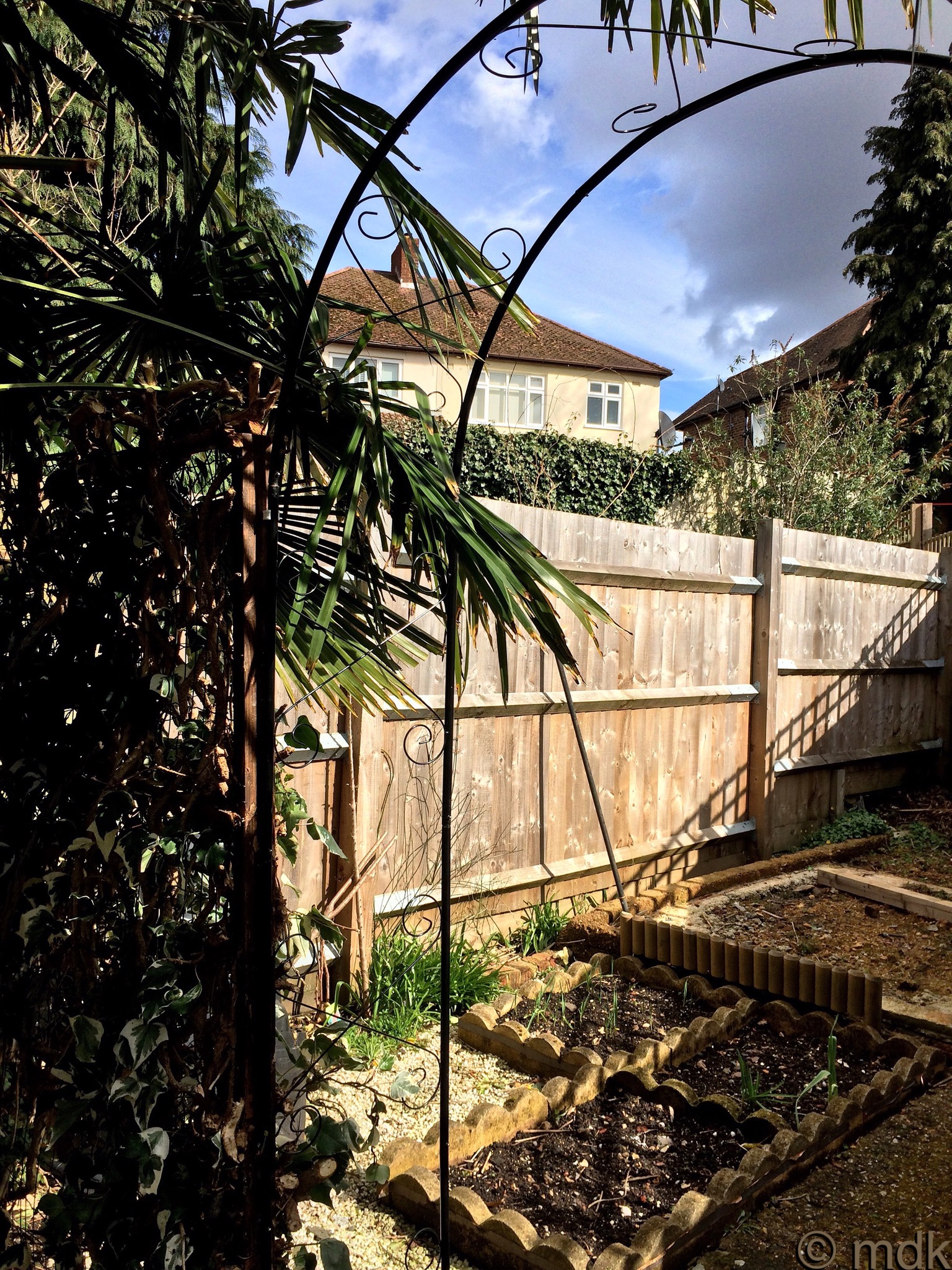 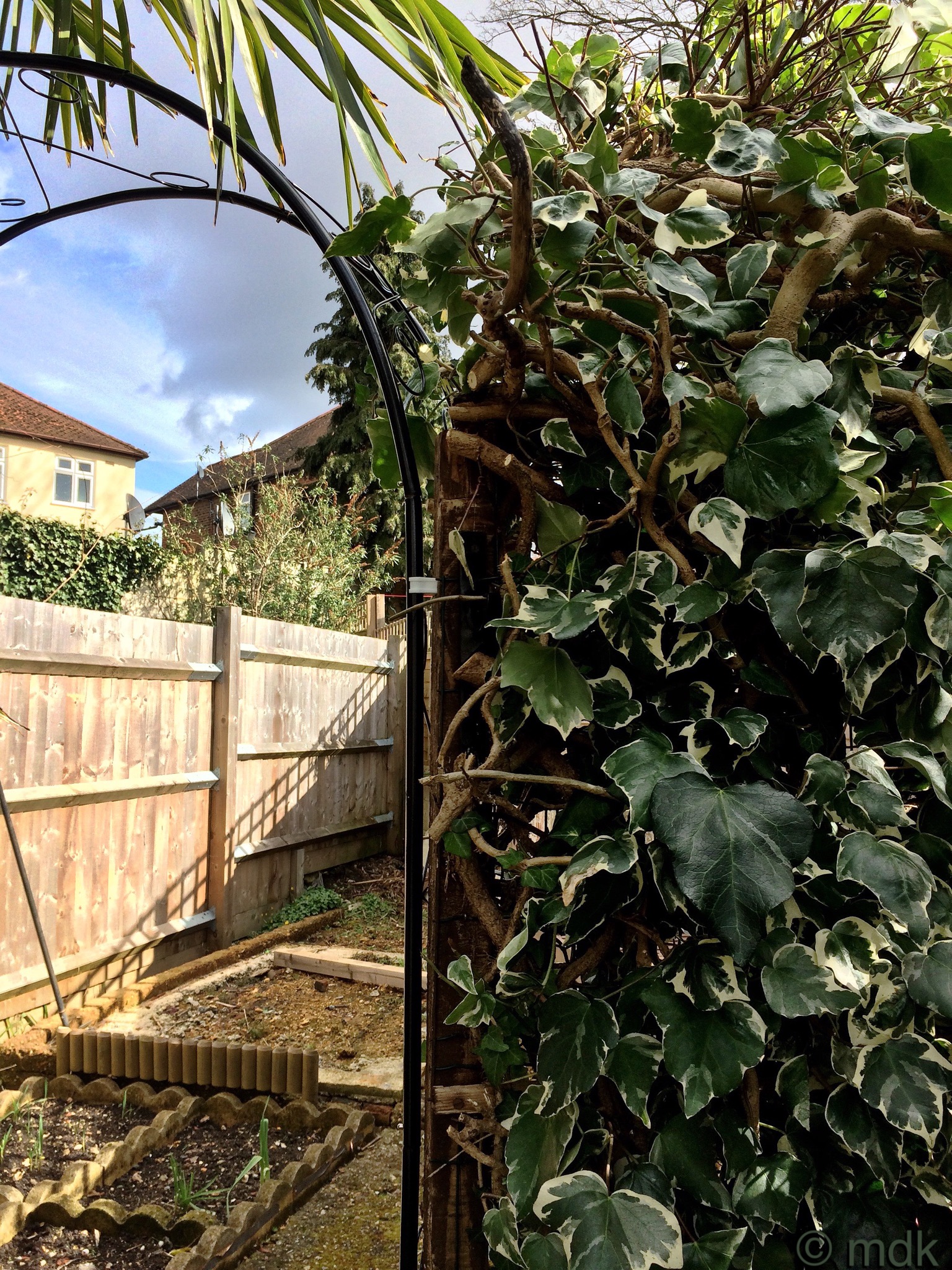 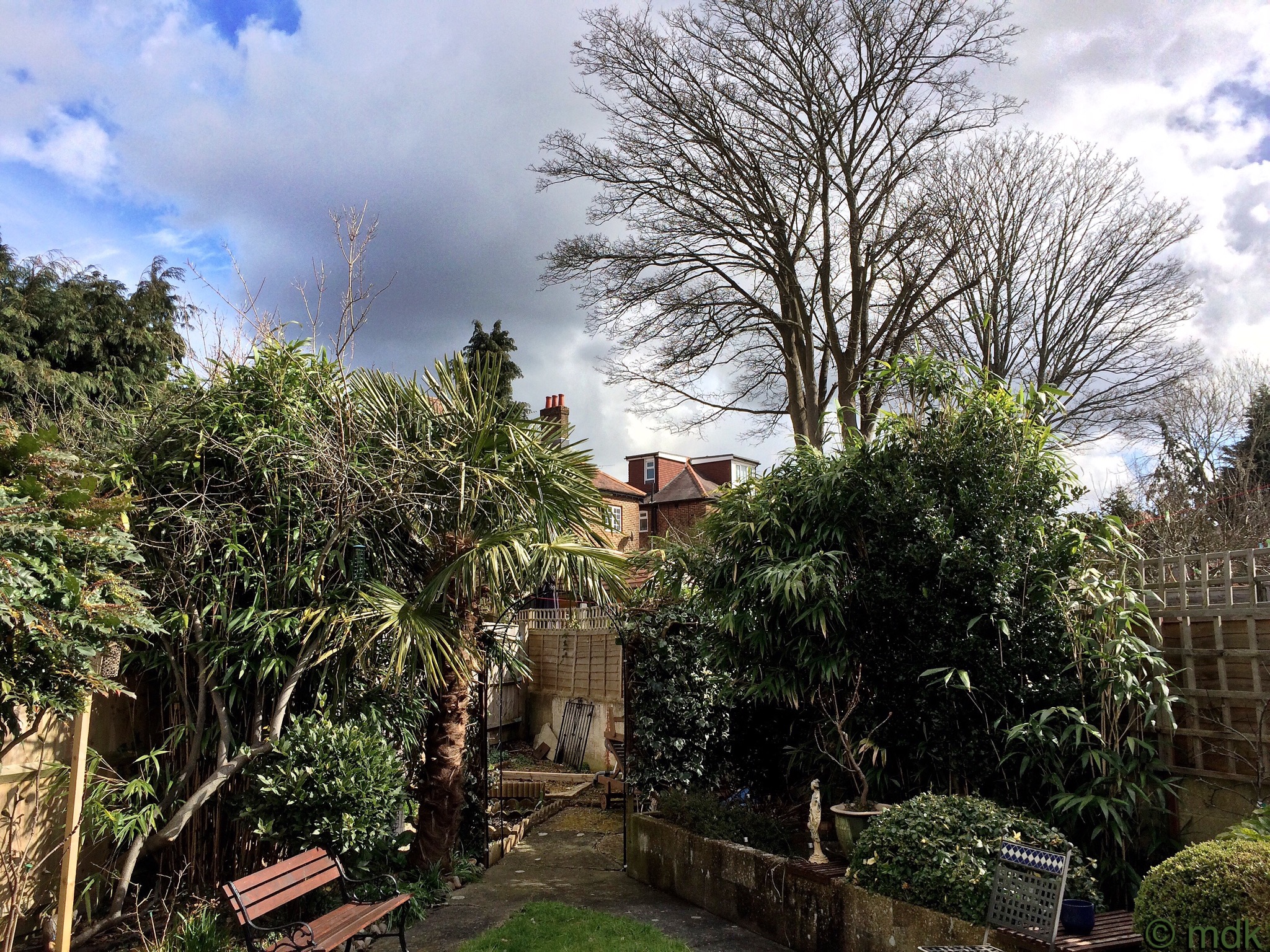 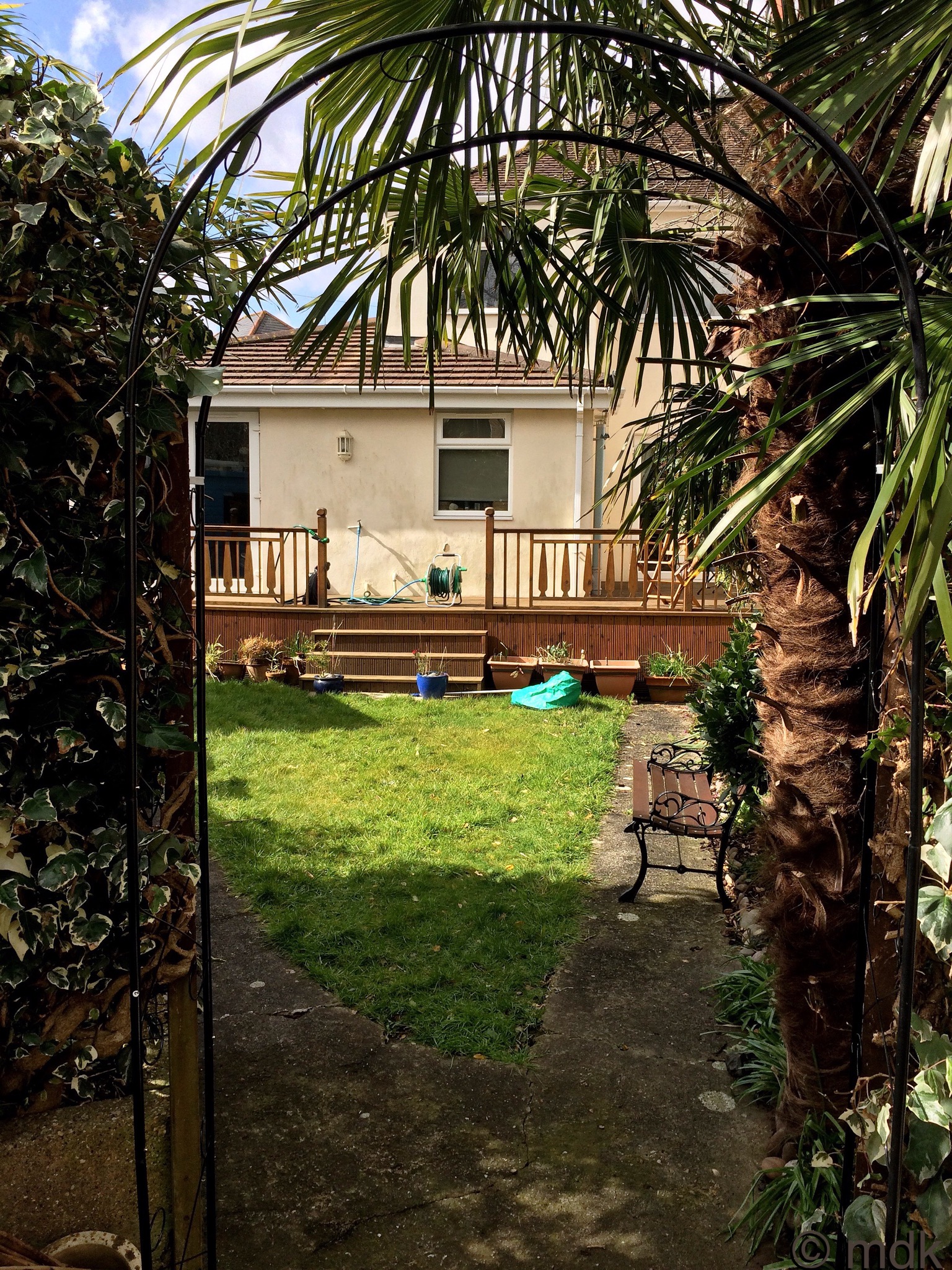