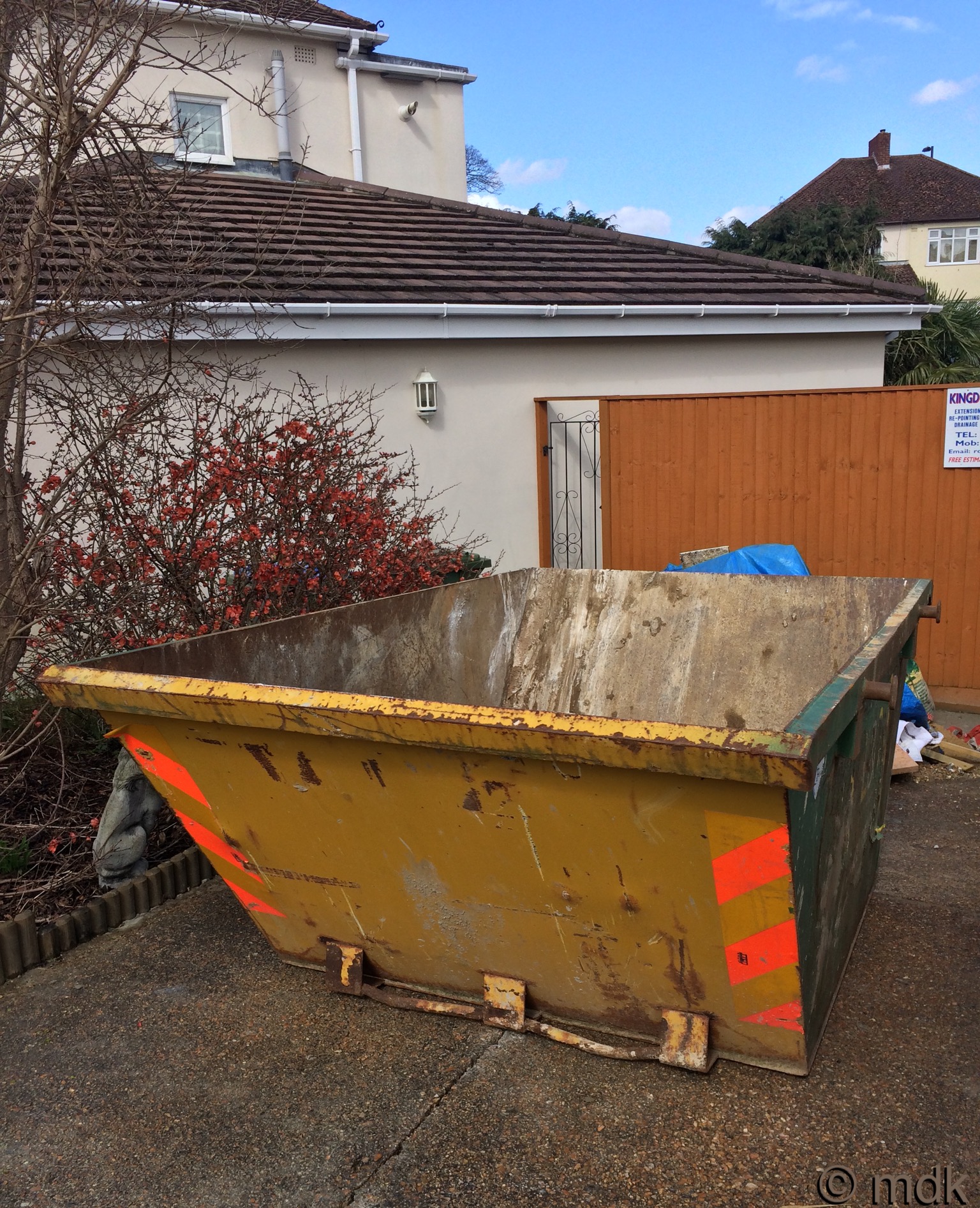 With phase one of the building work complete I thought I’d have a quick look around the garden before we set off for the airport on Friday morning. Beside the new wall there is currently a large yellow rubble filled skip sitting on the drive. Hopefully it will be gone soon because it detracts a little from the lovely orange quince flowers. Not that I’m complaining of course. A temporary eyesore is a small price to pay for a potting shed after all. 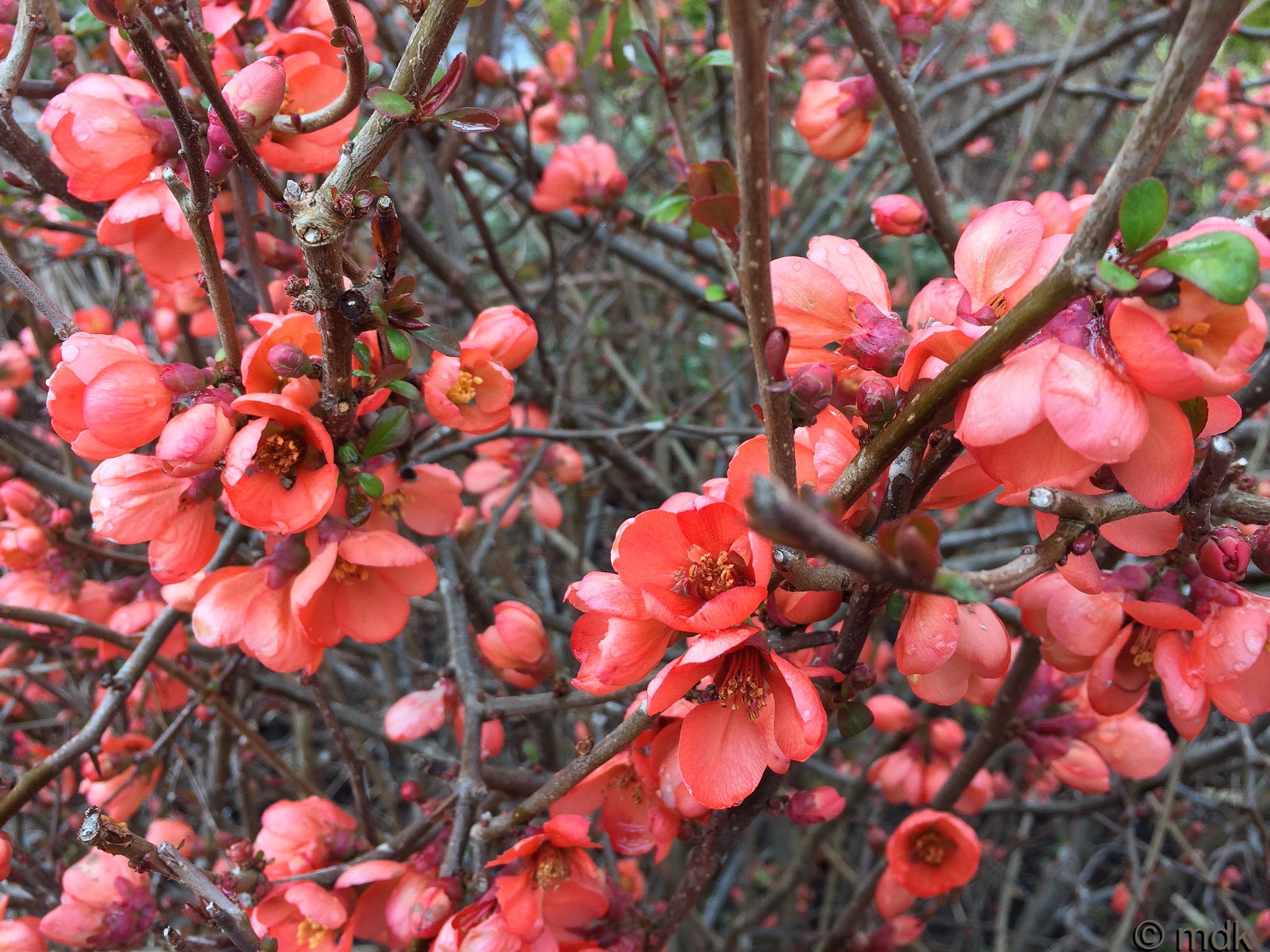 Other colour in the front garden comes from the lawn which is more purple than green at the moment. Although the little violets are not supposed to be growing on the grass, they seem to like it there so I let them be, at least until Commando gets the mower out. A few daisies have wandered in too so it seems I have gained an unplanned and rather impromptu wild flower law without even trying. 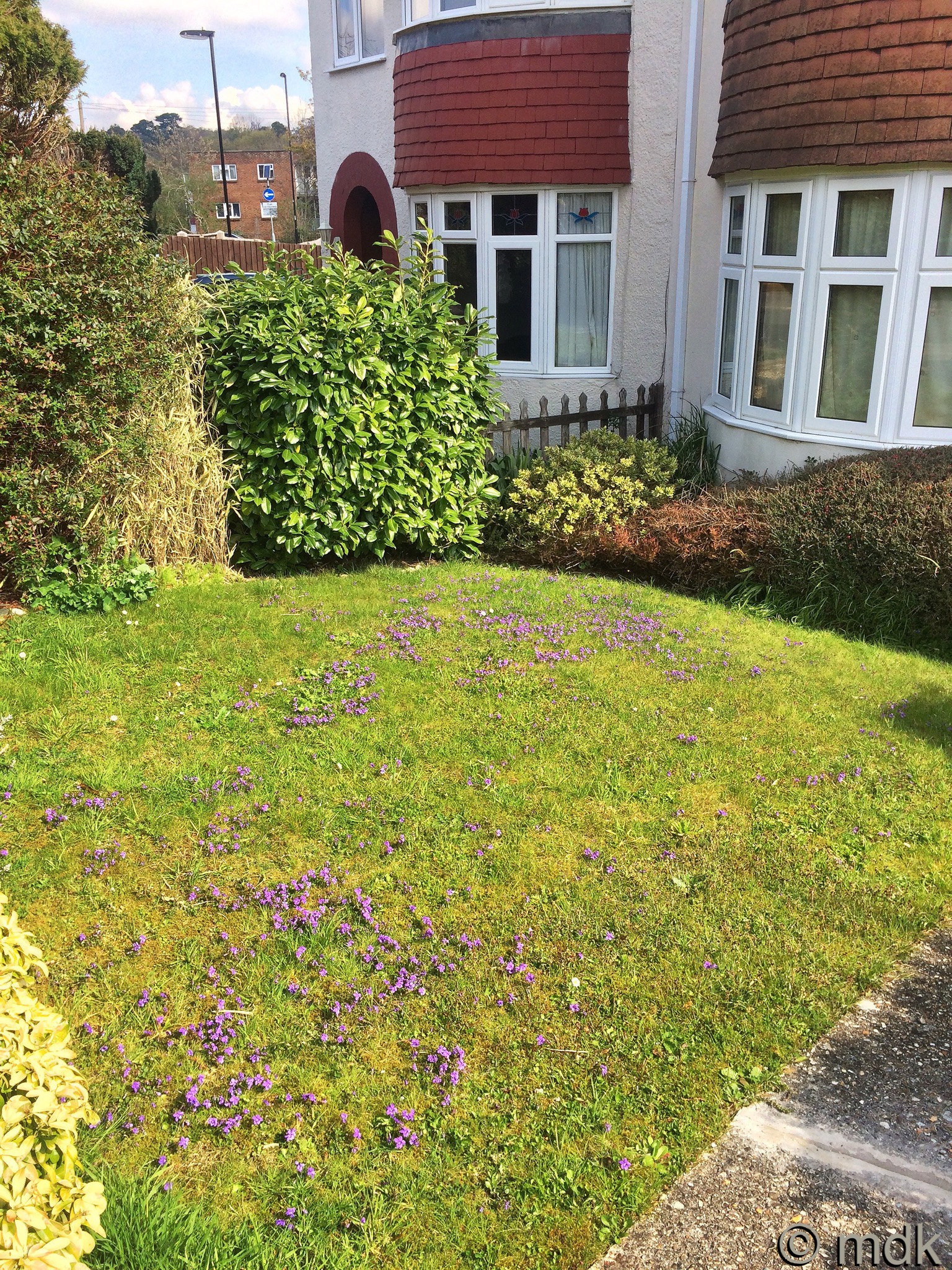 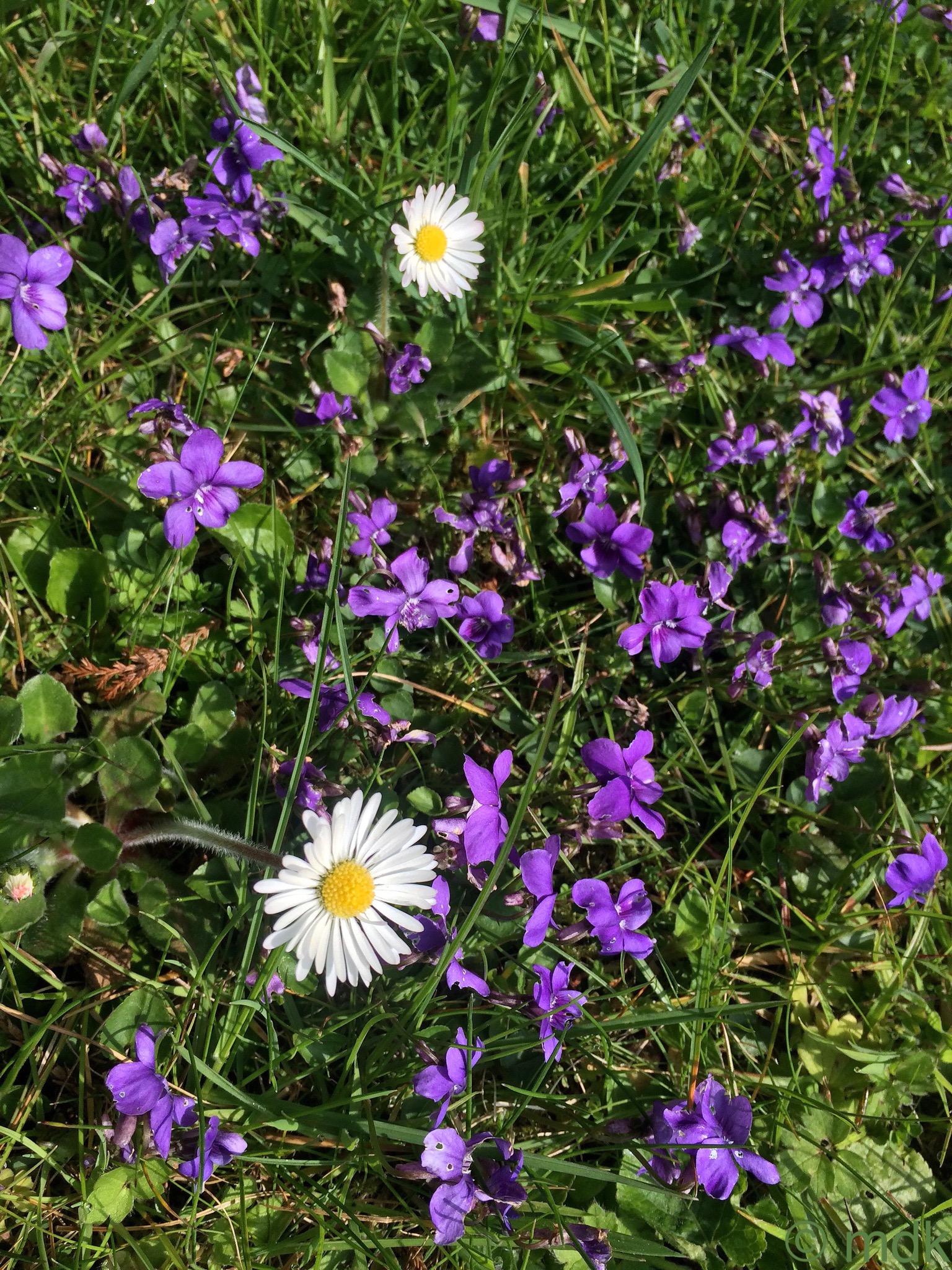 Even the loss of a large part of my veg plot seems an acceptable sacrifice when I think of sitting in my potting shed, come summer house, planting seeds and generally getting away from it all. Anyway, I can probably recoup what I’ve lost elsewhere easily enough when it’s all done. Maybe a few more tubs or some nice raised beds in the corner? We shall see. Thankfully I rescued the garlic on Thursday afternoon before the hardcore went down and it’s now sitting, a little shell shocked, in the tubs. 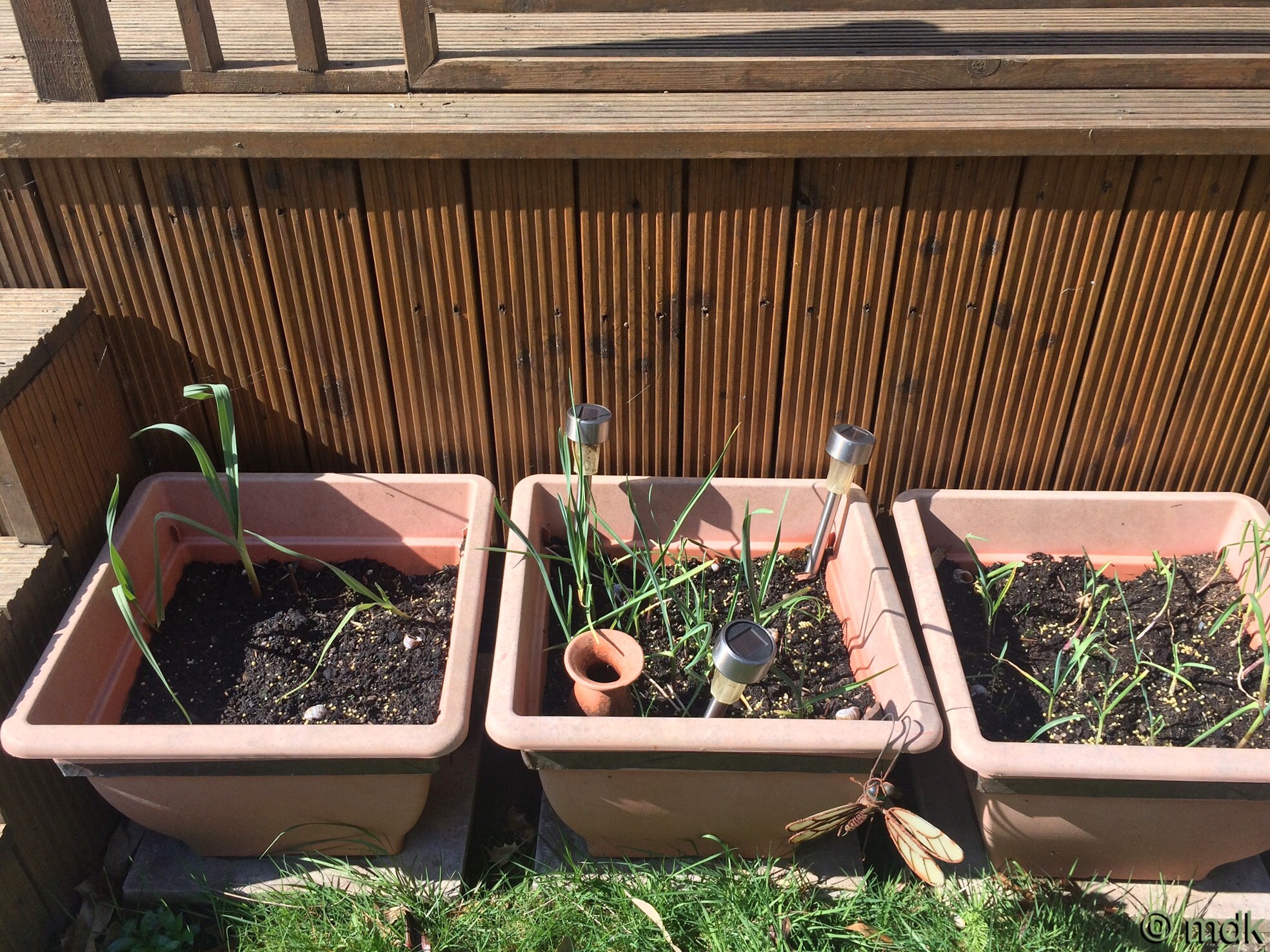 By mid day on Wednesay a wooden frame had appeared, along with said hardcore, and things really looked like they were taking shape.  Thankfully the cement finally arrived too. I went out to take some progress pictures once Royzee had gone and had a bit of a tidy up of the hack job we did on the ivy near the arch while I was at it. 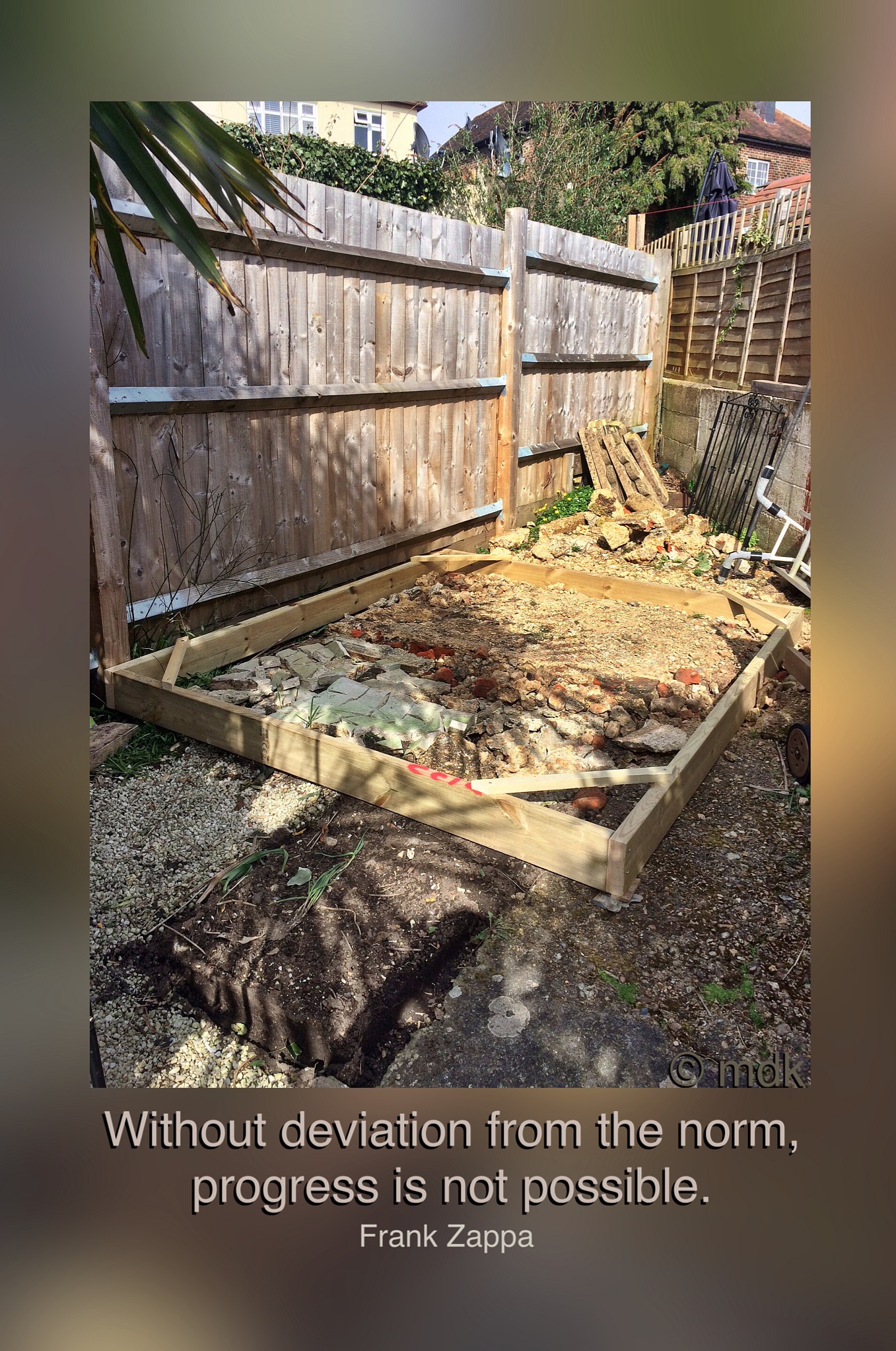 Of course, when I started pulling out the dead stuff, it soon became clear there really wasn’t much alive at that end of the fence. Some head scratching ensued. Clearly it was going to be some time before anything grew long enough to cover the arch. Then I remembered some cuttings I’d taken from the jasmine. Last year I planted them up behind the fig tree and they were growing nicely. In fact they were growing so nicely I managed to dig some up and replant them beside the arch. Hopefully there will be some nice scented flowers clambering up the new arch before too long. Fingers crossed anyway. For now it all looks a bit bare. 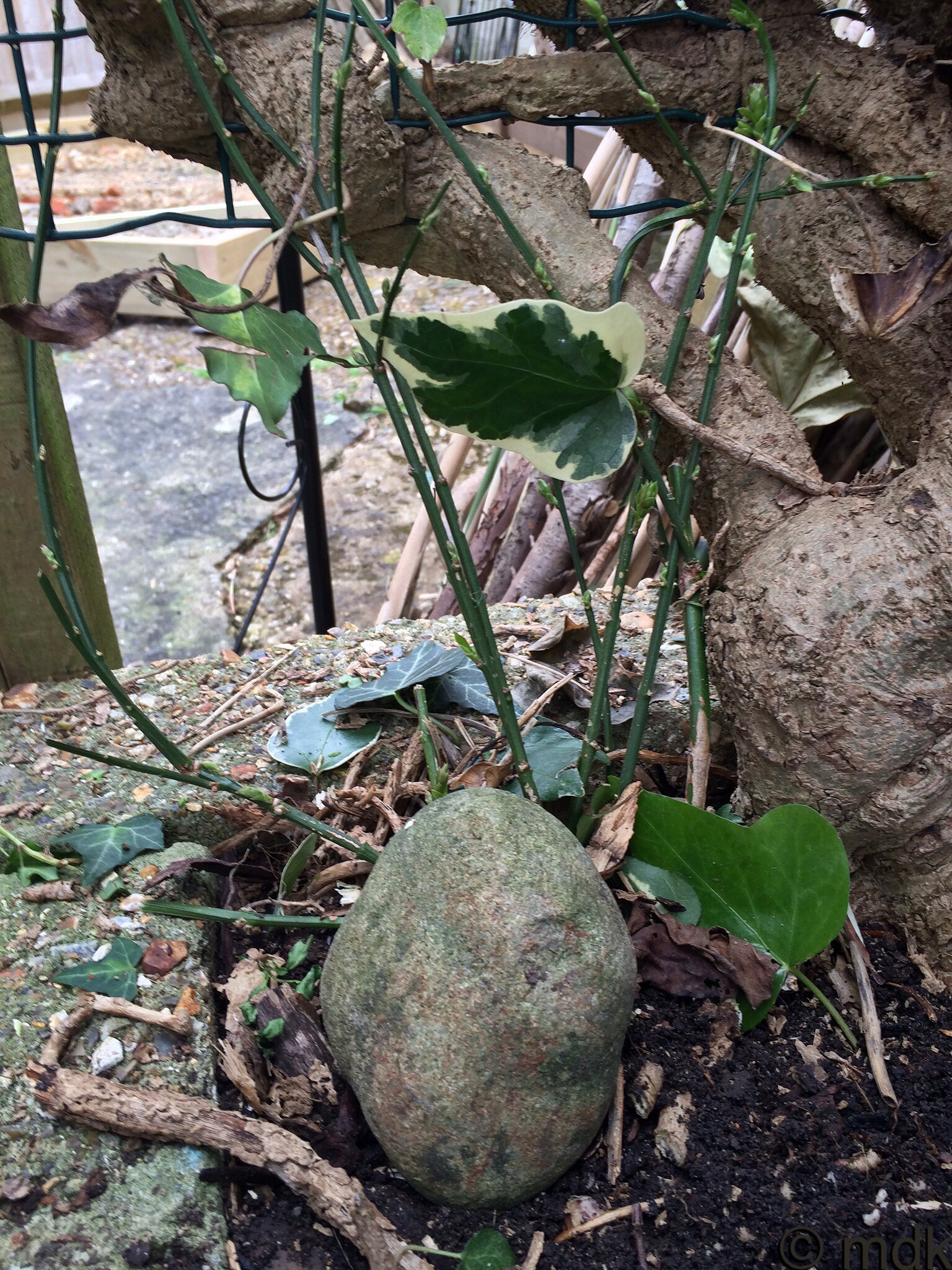 Since I was now in gardening mode I tidied up the tubs and repotted the camellia in lieu of finding somewhere permanent to plant it. Eventually, I even managed to capture one of the bees buzzing around the pulmonaria, not entirely in focus but still. A little bit of colour is beginning to creep in now, along with the pulmonaria, the bluebells have finally opened. Even so, a trip to the garden centre is probably in order for a few pansys or something colourful to brighten the place up but there really wasn’t much time for that. 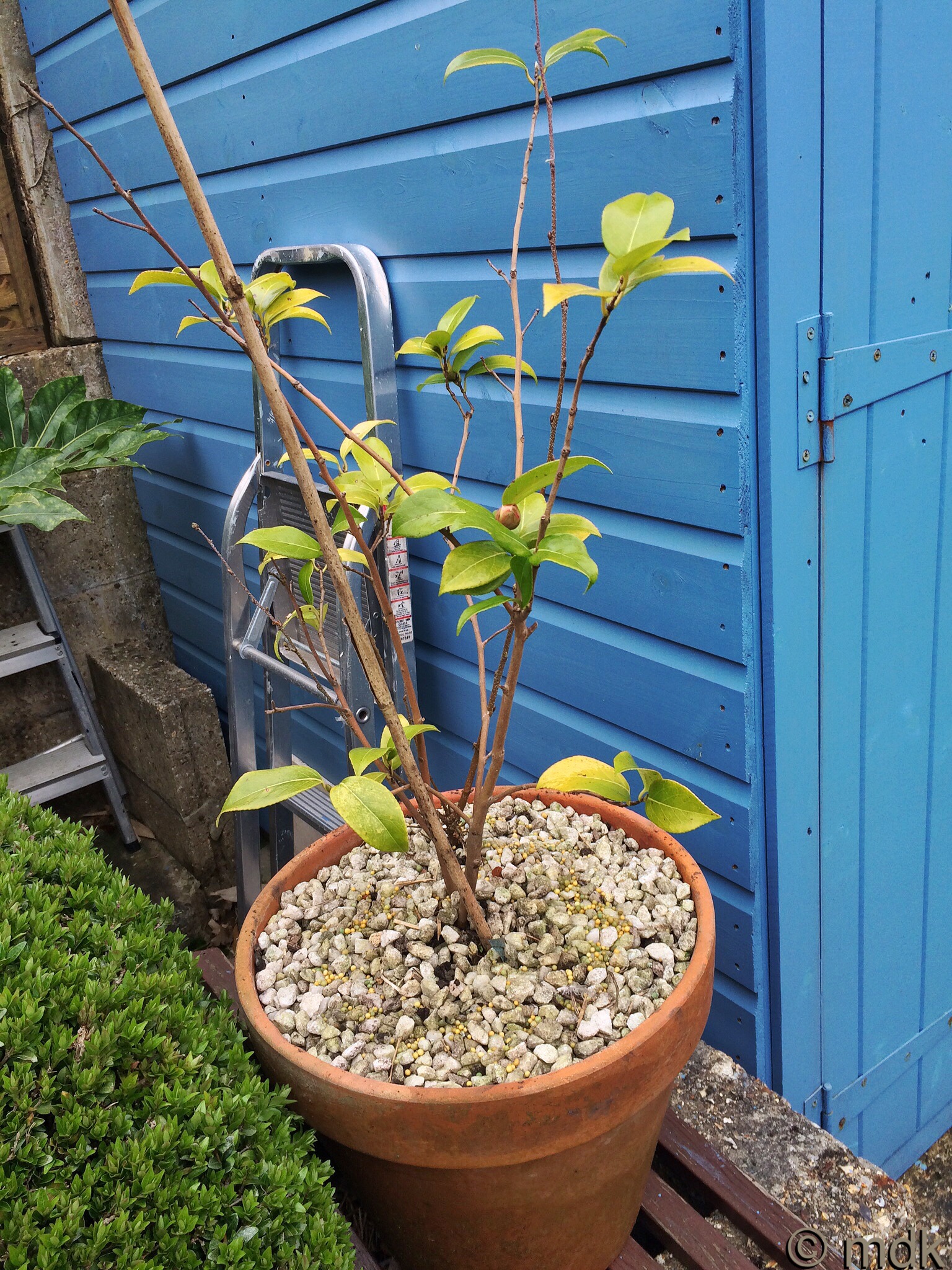 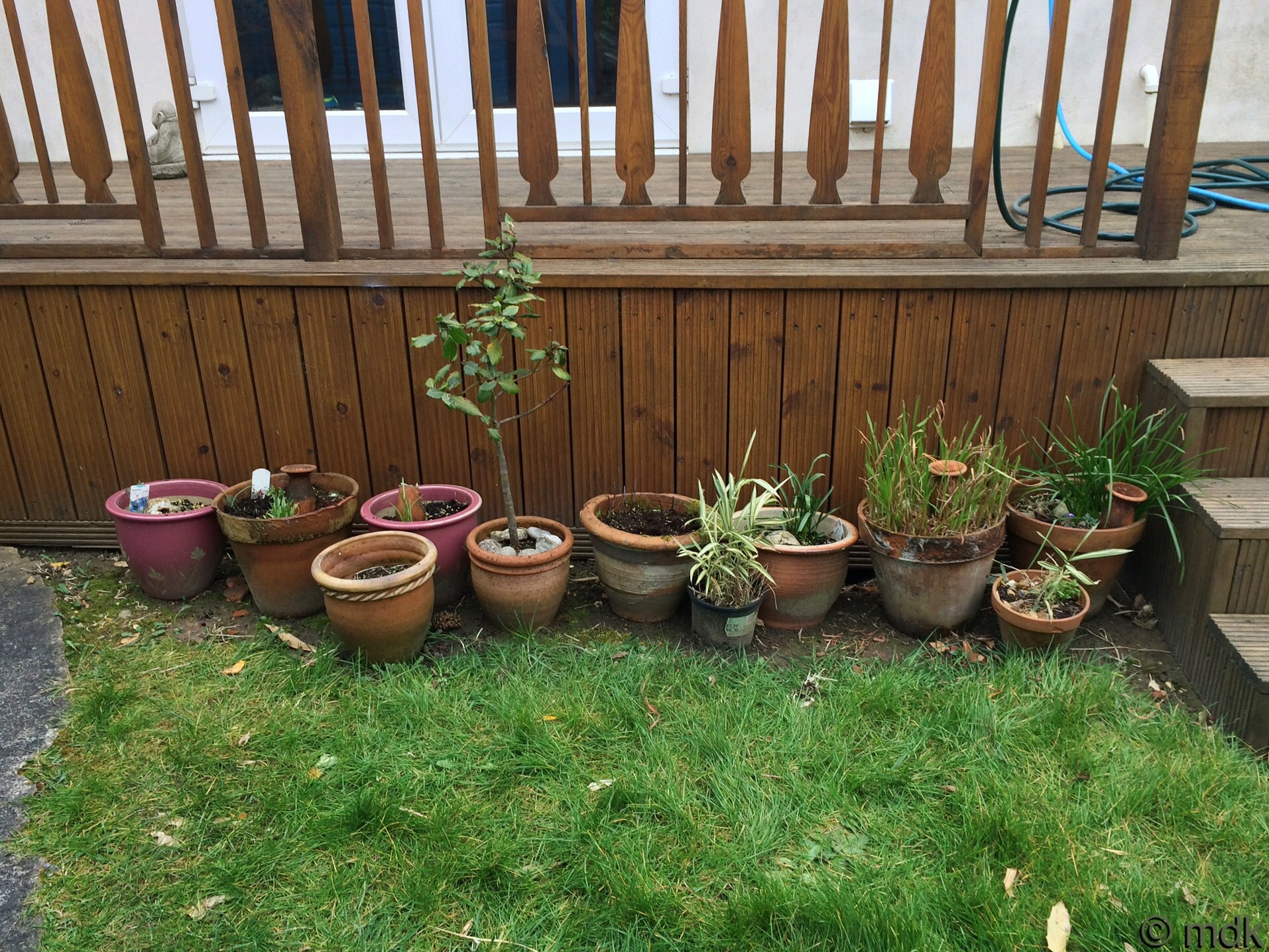 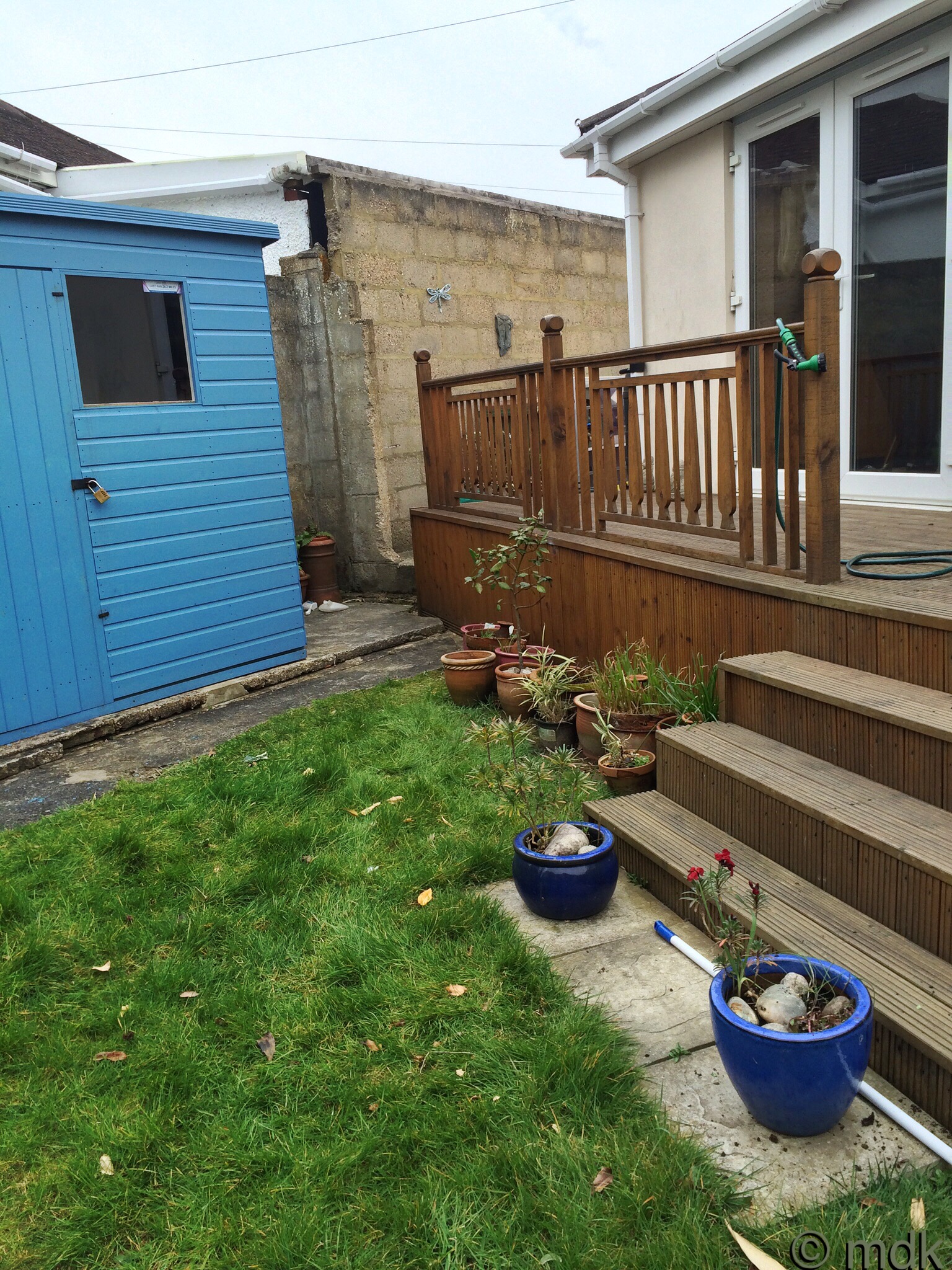 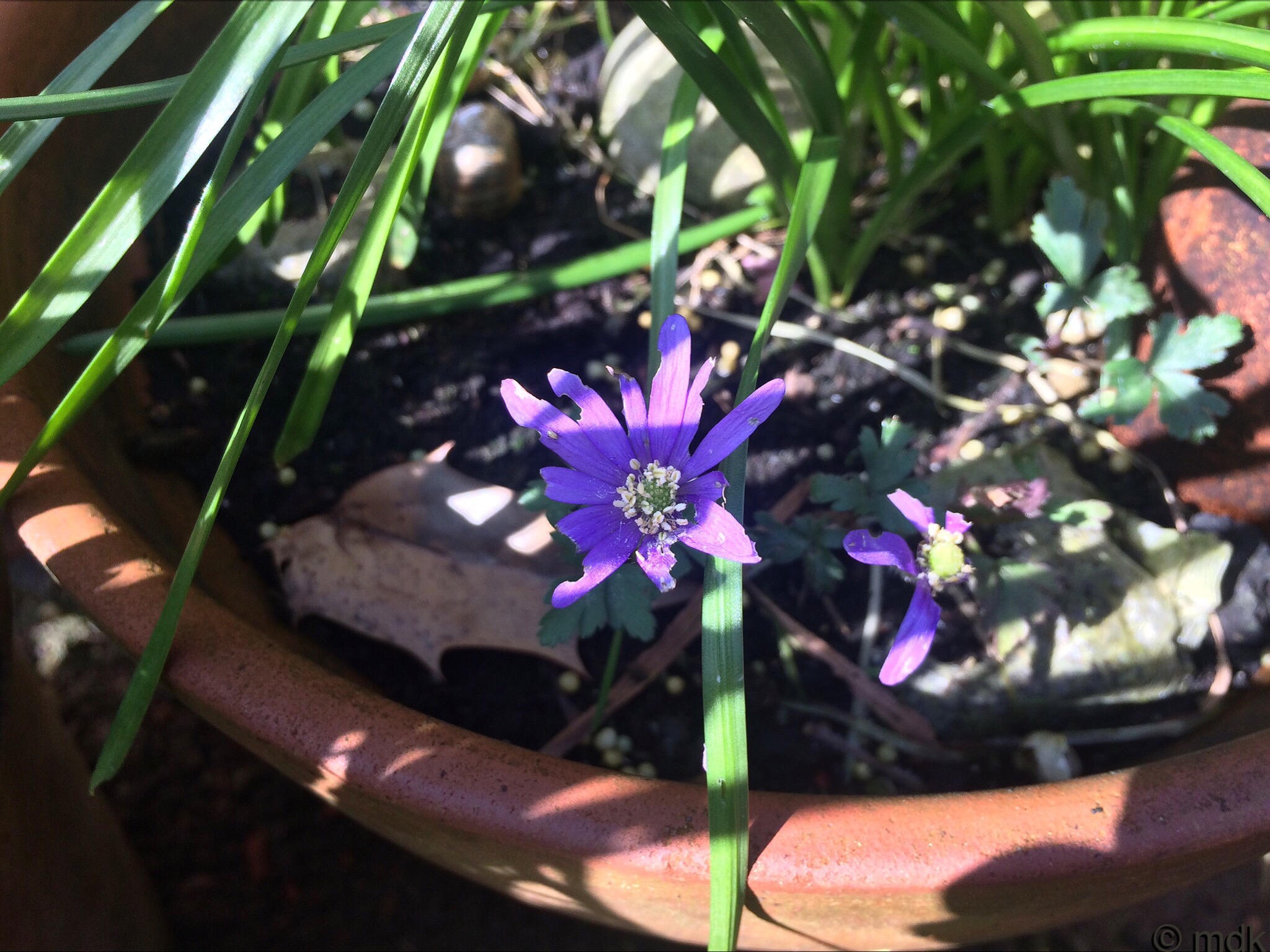 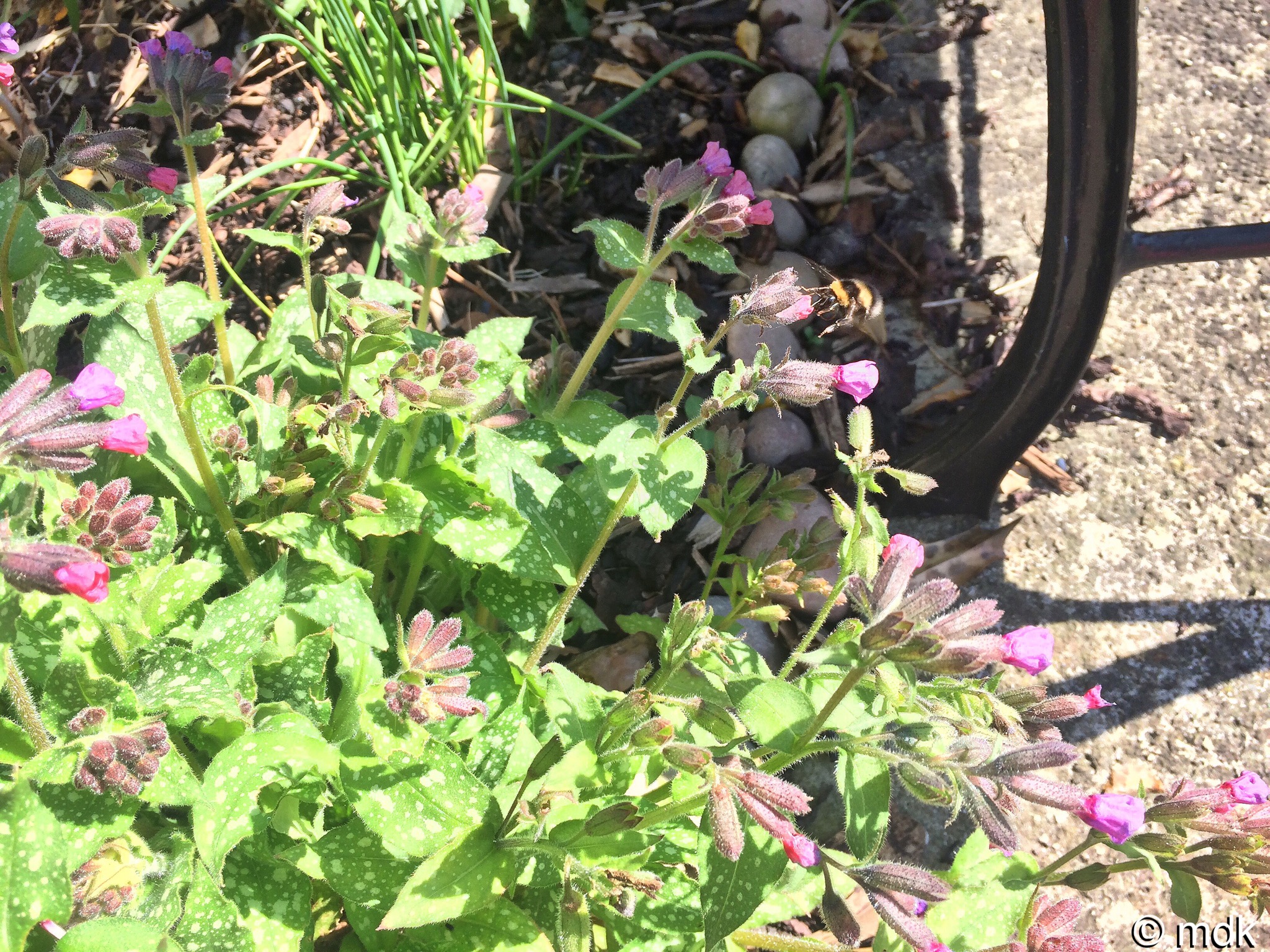 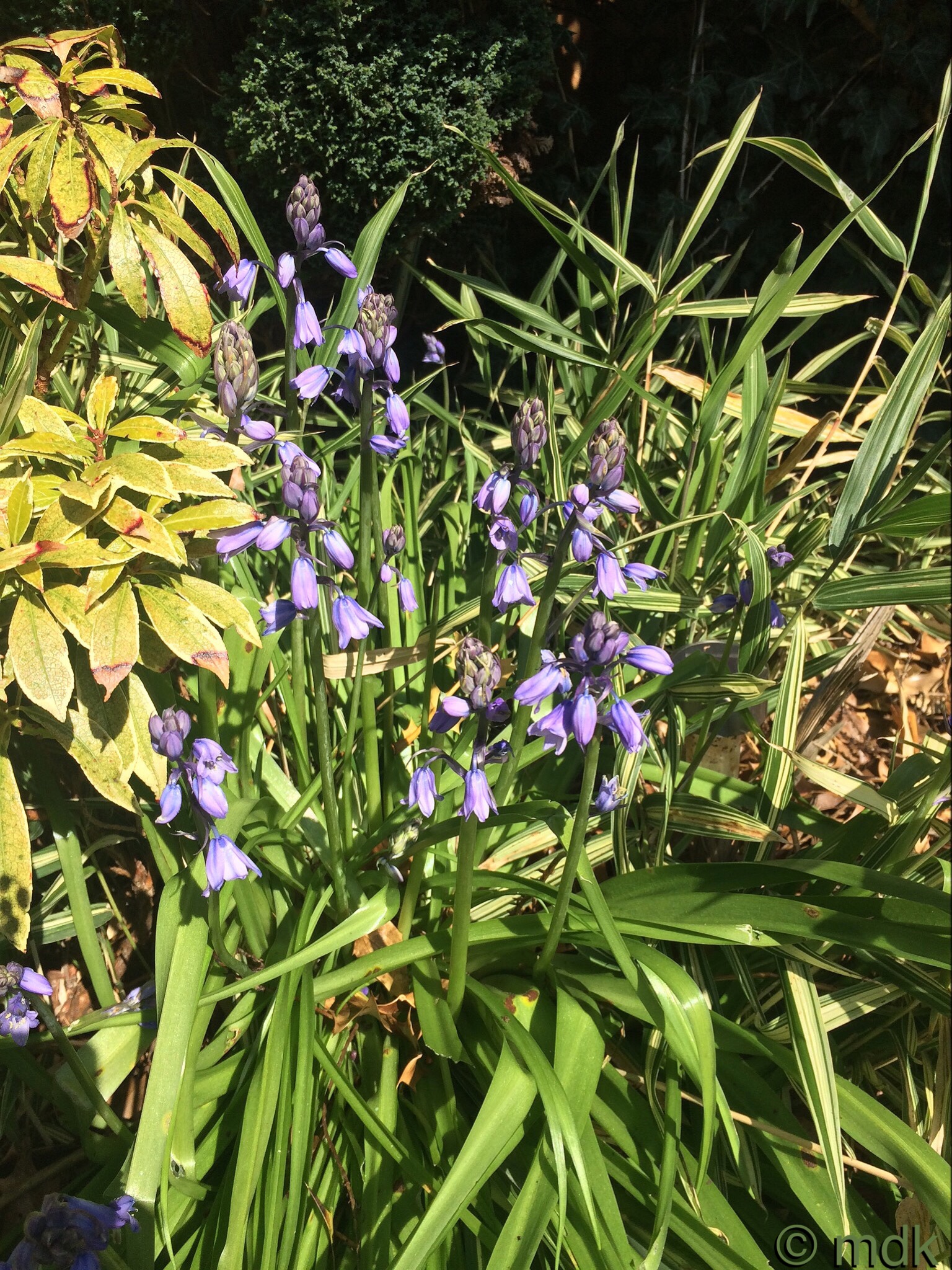 On Thursday morning the concrete went down so I had to stay in. It went down way quicker than I expected but I still had to stay in because I had packing to do. This is the weekend of the Manchester Marathon. For months Commando has been religiously following a training plan, running lots of miles almost every day with the hope of beating his Toronto PB. The hotel was booked, flights were booked, we were due to fly out on Friday in the early afternoon. The only problem was, neither of us were actually sure if Commando would be running or not. 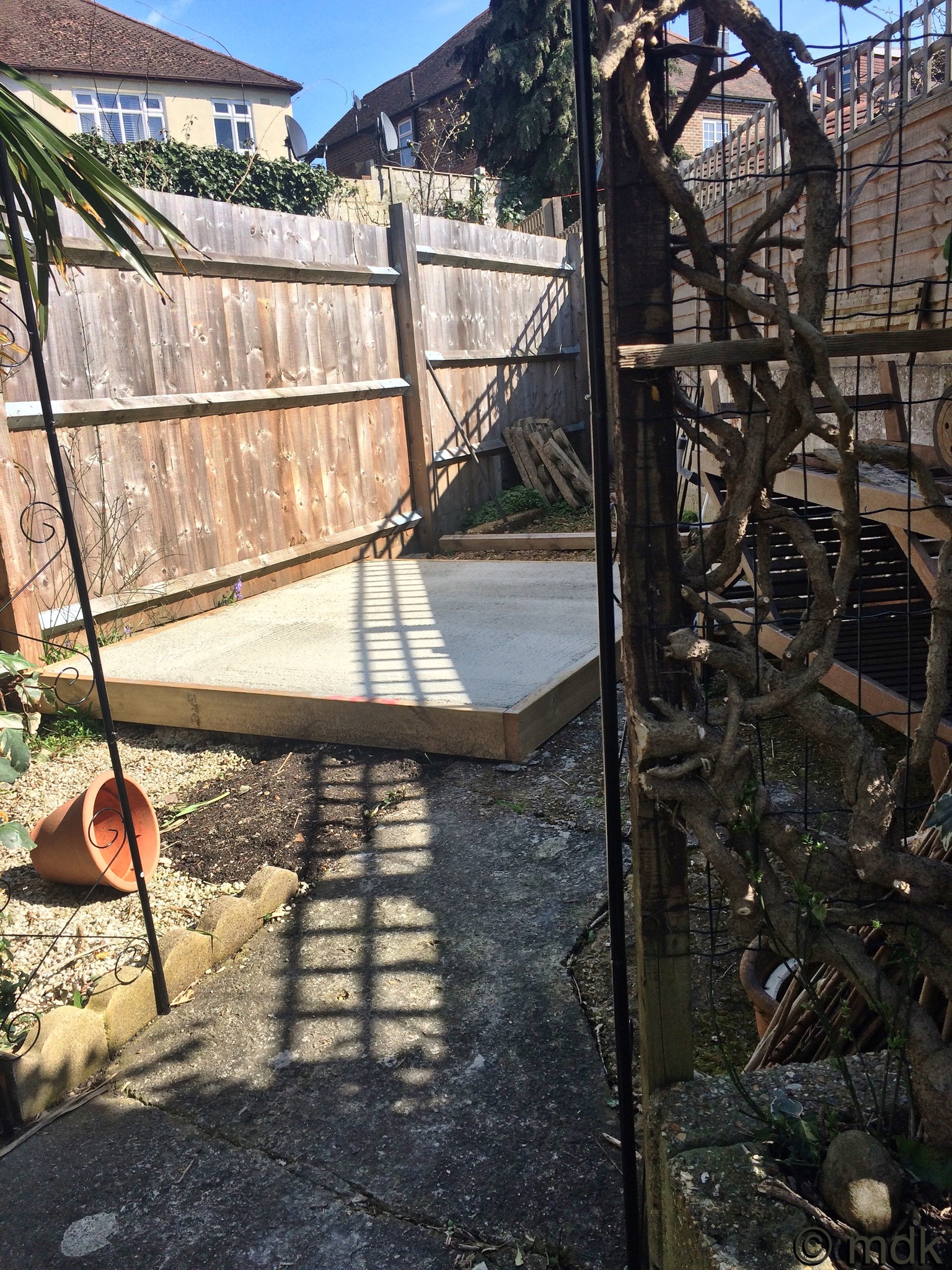 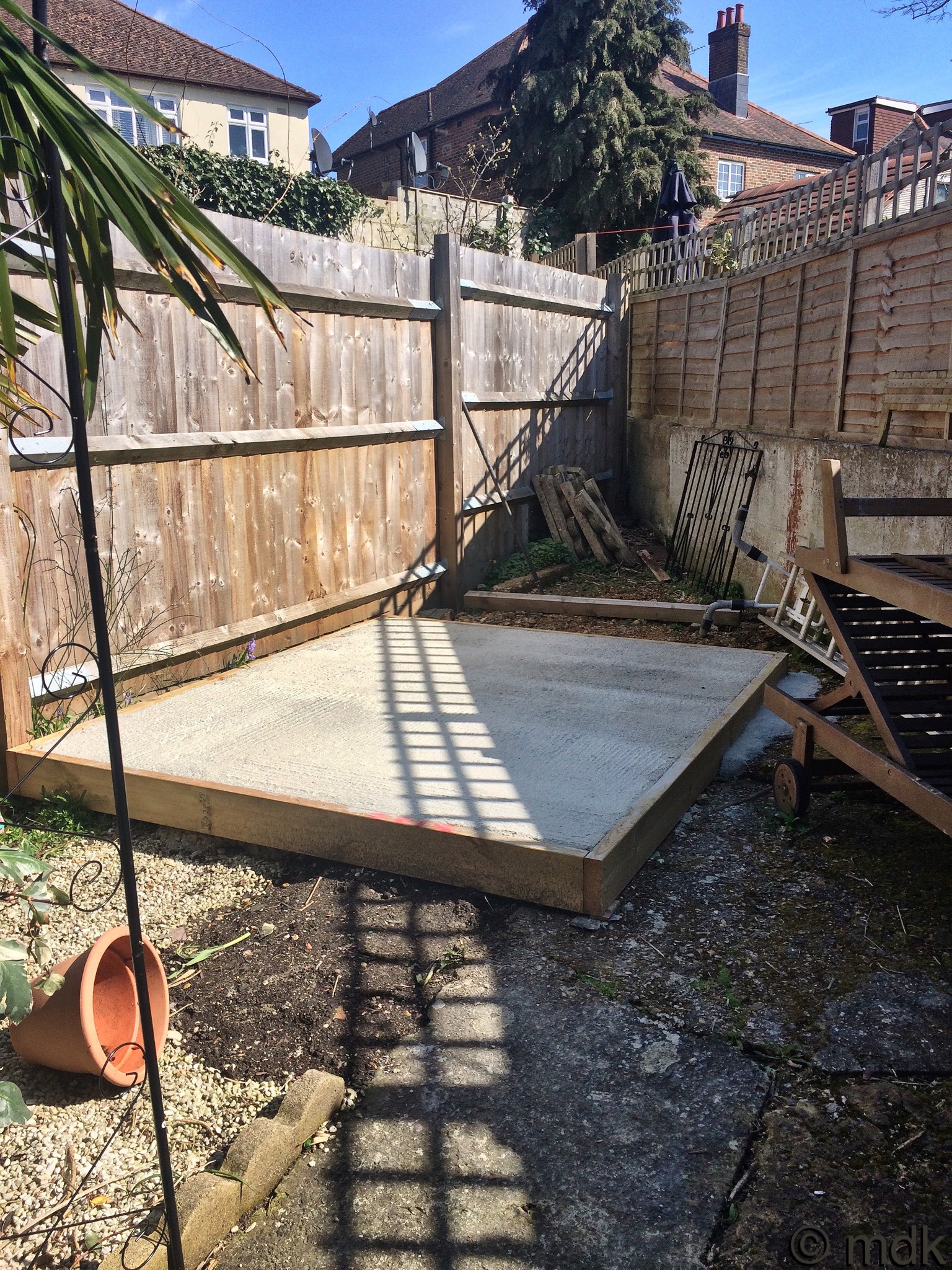 A couple of weeks ago, when he was leading a running group at a very easy pace (for him) he suddenly got a pain in his ankle. It came out of nowhere at the end of the run and it has been niggling him ever since. Some days it feels as if it’s getting better. Others not so much. He’s missed a few training sessions and cut a few short. It was all a bit of a worry.

Commando hasn’t run for a couple of days and, this morning, his ankle felt pretty good. Not exactly right, but he thought it might hold out. Either way we were flying up to Manchester.  So, by two o’clock we were sitting in Southampton airport watching planes taking off and landing and trying not to think about what would happen if the ankle wasn’t race ready by Sunday. At least it took my mind off flying in a ridiculously small Dash 8 turbo prop plane, parts of which Commando actually built himself. I’m not sure if the latter part of that sentence makes things worse or better? He is rather obsessive about everything being exact and perfect after all. Maybe it’s a case of better the aircraft engineer you know… 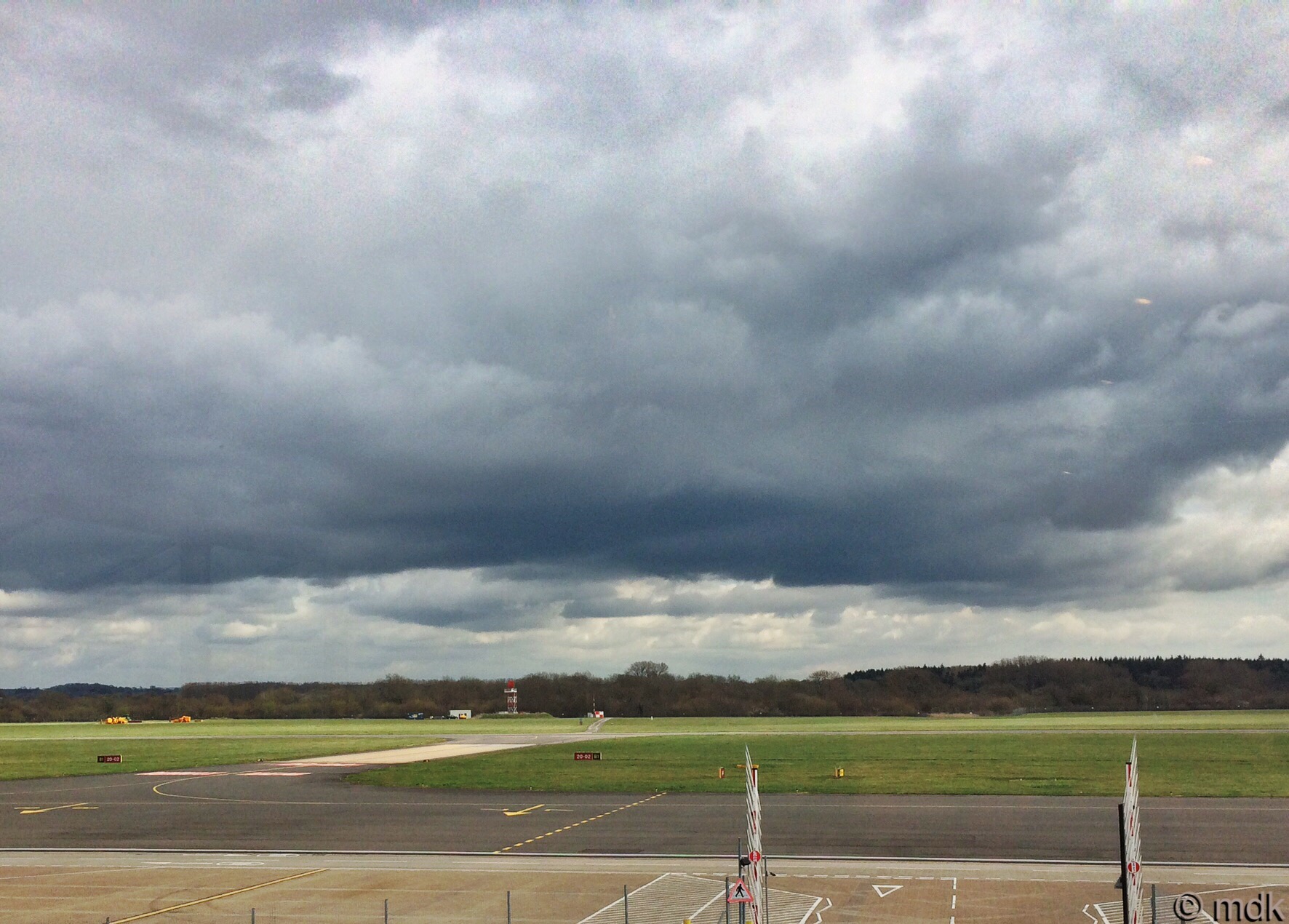 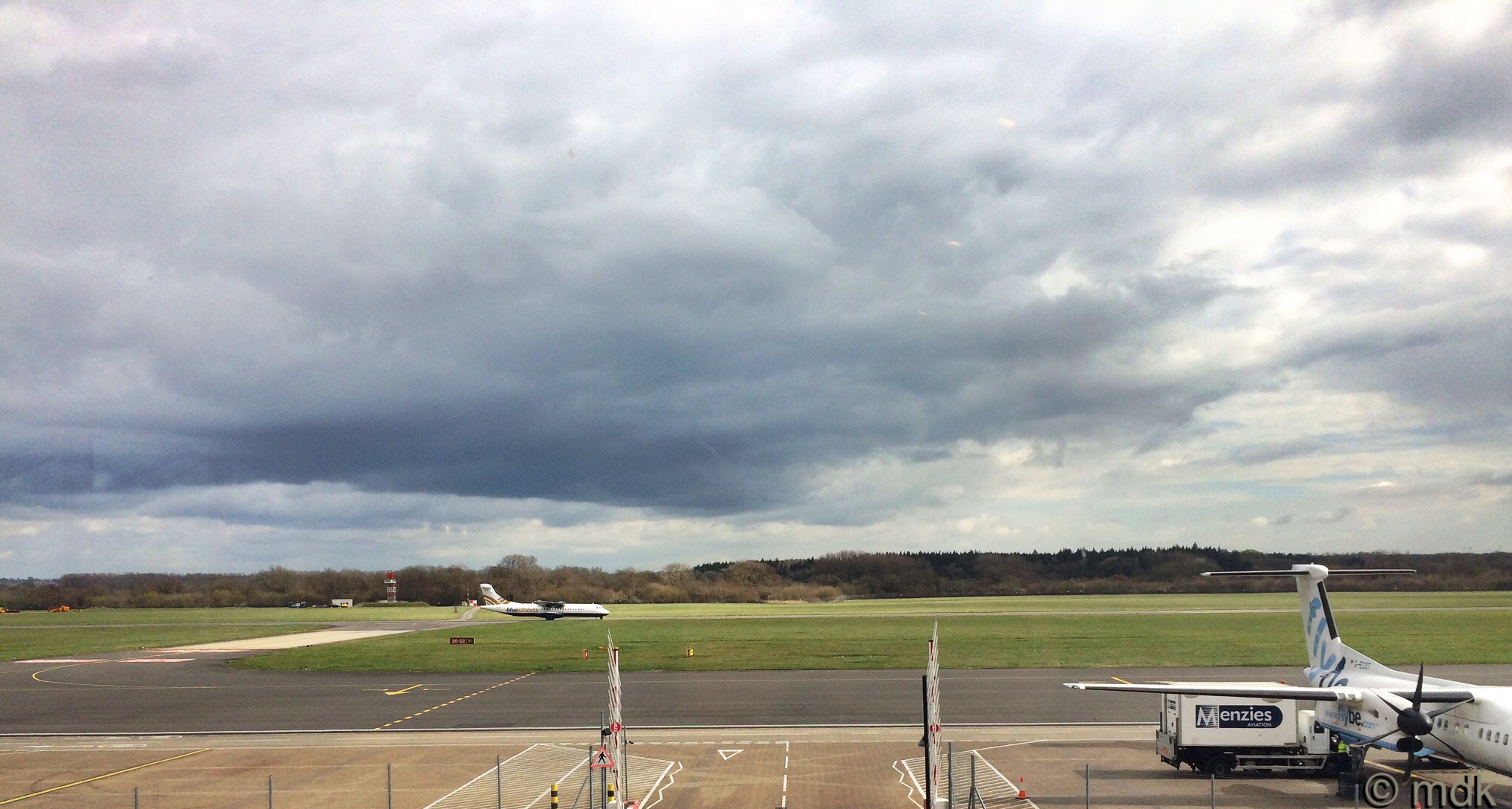 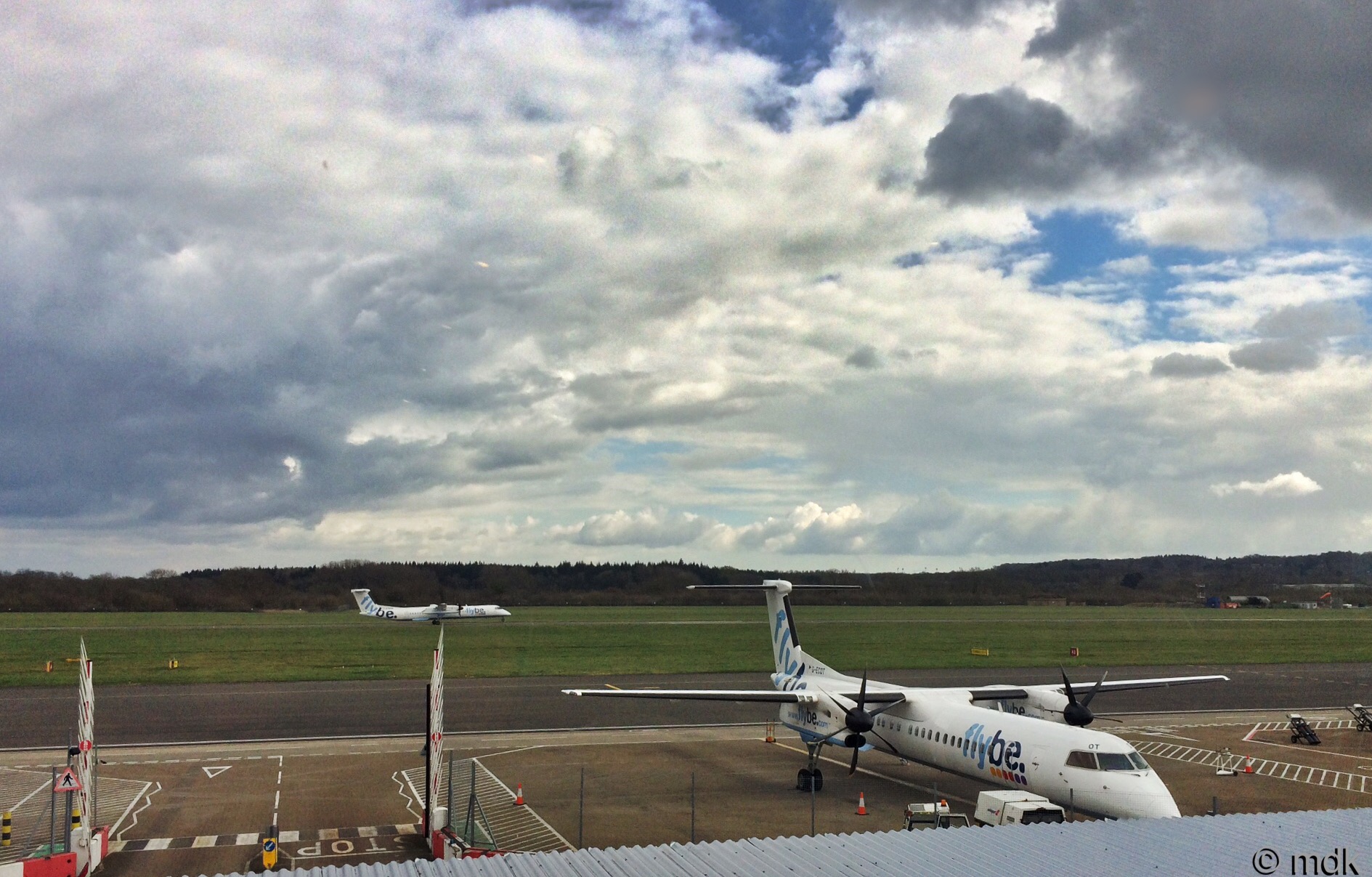 8 thoughts on “concrete, skips and an airport visit”