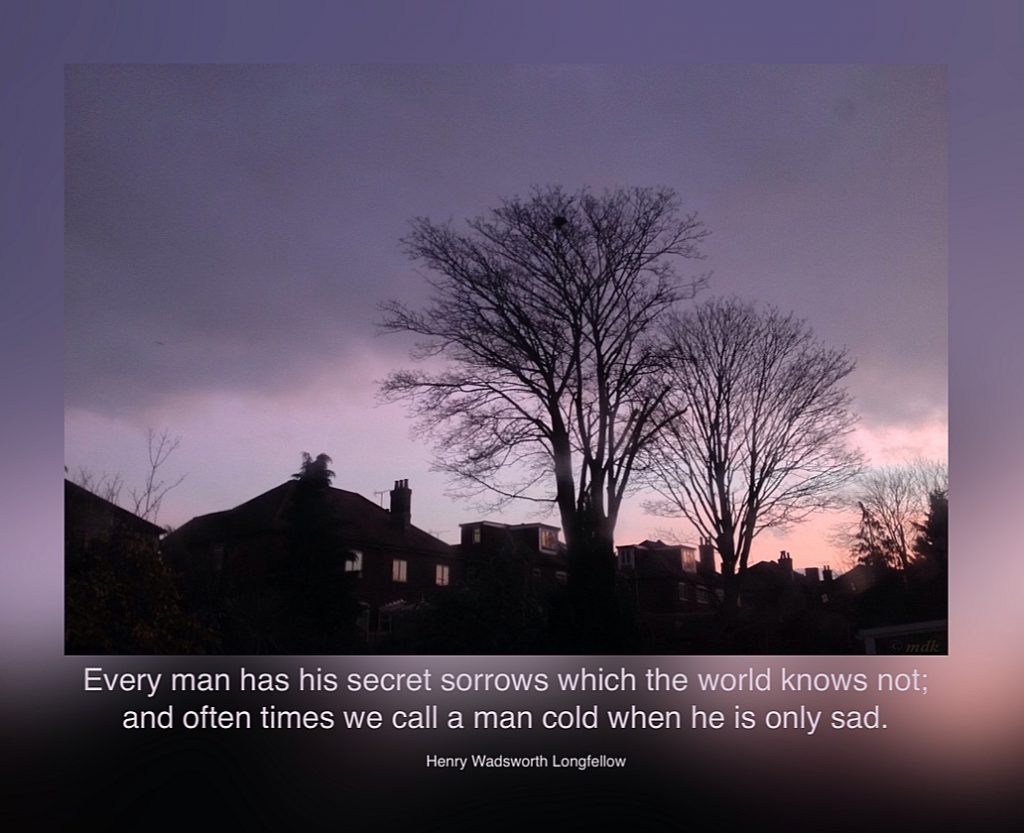 The penultimate day of November 2013 was Black Friday in more ways than one. It began with a hint of pink that turned to grey and a depressing weigh in. By the time I got to work the mood was black with a hint of blue. There were tears, some bruises and wine.

This morning there was a long awaited appointment with the scales. The ones I’ve been ignoring for weeks now. Obviously if I don’t get on them I don’t have to face facts. Today was the day of reckoning and I didn’t like what they told me one little bit, so much so I’m not even going to share it. Suffice to say there has been a great deal of going backwards over the last few weeks and the time has come to say enough is enough.

When I was a child I used to suck my thumb. Mother was always telling me tales about what would happen if I didn’t stop. I wanted to stop, I really did, but somehow I just couldn’t help myself. Seems to me I may have finally given up the thumb sucking habit as I entered my teens but the compulsion to keep putting things in my mouth is still with me. Freud called it an oral fixation. As these days this means food and drink (not the alcoholic kind even though I think that was what Freud implied by the term) I wonder if the thumb sucking was necessarily such a bad habit? After all a slightly pale, soggy and somewhat wrinkled thumb is better than obesity right? Then again, I might get some strange looks in the office.

When I try I can be very focused. Walking all those miles for the moonwalk, training in all weathers (almost) all alone, resisting all sorts of sweets and cakes and chocolate for so long I forgot what they tasted like. The thing is, when you’re actively trying to lose weight, it’s easier to be focused. Every week there is the excitement and satisfaction of a little more off, tiny goals achieved. Maintaining, especially in winter when it’s cold outside and the temptation is to sit inside in front of the fire, is harder. A little treat now and then doesn’t seem like such a bad thing and now and then can soon turn into a daily habit. Add a few life disasters and some comfort eating and the slide down the slippery slope has begun. Time to channel some of that focus again then and get back to basics.

The scales weren’t the only depressing thing today. First there was more of the flat grey skies and damp, not quite raining but not quite not weather. The sun did try, there was the merest hint of pink in the east first thing but it came to nothing. If we have to have winter I’d far rather it was crisp, cold and dry with blue skies but then you can’t always have what you want. On the upside I suppose it was a little warmer and the balls of flower on the fatsia, along with the red leaves on the cotinus did brighten up the garden. I love the way the cotinus leaves develop markings along their spines as they turn colour, they remind me of exotic beetles. 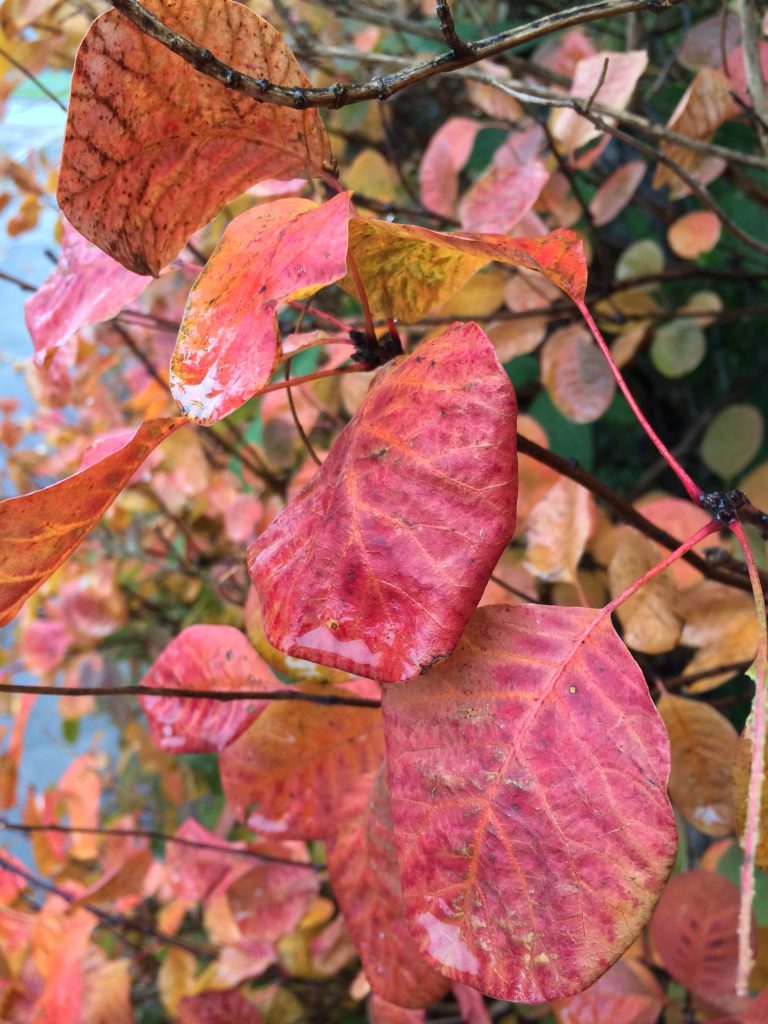 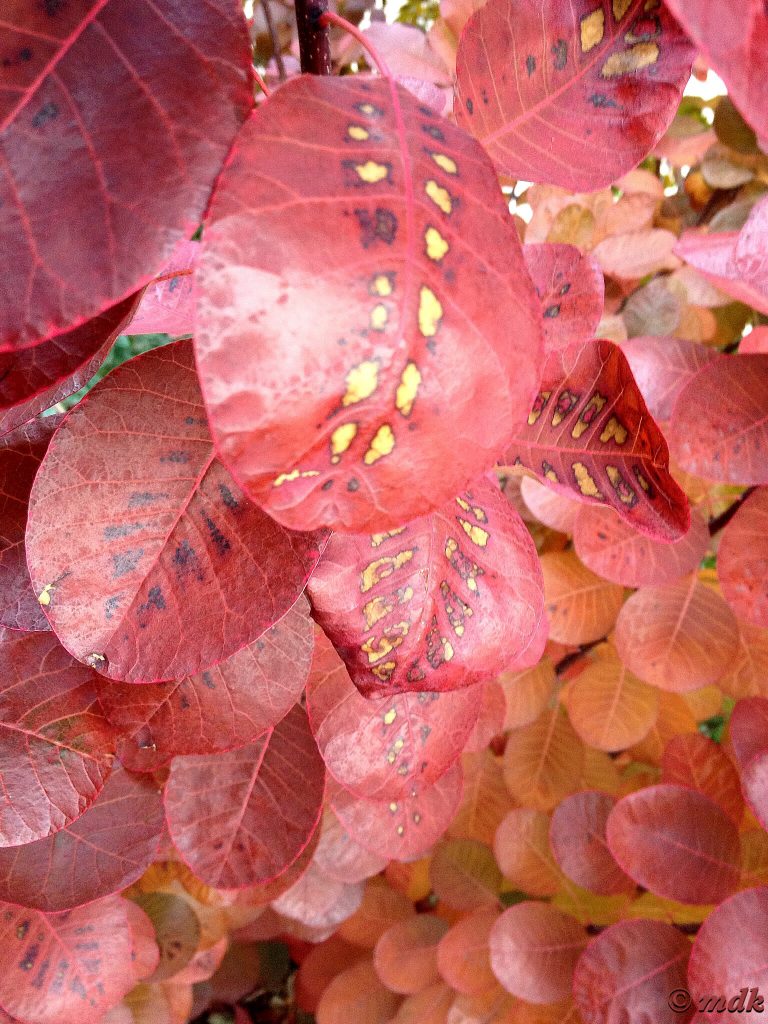 Last night I sent out the last of the entertainer contracts and Arabella spent the day phoning them individually to tell them about the office closure. It can’t have been an easy task and I don’t envy her in the slightest. This morning it was time to send the follow up contract emails with all the documents the entertainers will need, things like terms and condition and expenses forms that they may have to distribute to band members or fill in electronically and return after their cruise.

As I sent them I knew there was going to be a backlash because I had to point out that, after 20 December, they will need to contact the new office. Even so, when the first call came I wasn’t quite prepared for my own reaction. The call was from a lovely actress, known form both film and TV and a face I recognised long before I ever spoke to her for the first time. She’s a very funny lady and also very kind. She didn’t mean to make me cry but her kind words, telling me how much she was going to miss me, how sad it was and how short sighted the CEO was had me blubbing nonetheless.

As it was almost lunch time I decided to go for a little walk to clear my head and regain my composure. Of course it was Black Friday, an American tradition that seems to have crossed the Atlantic. This is the first Friday after Thanksgiving when all the shops have massive sales to kick start the Christmas spending season. As it has now come to the UK the streets in town were heaving, apparently a few fights broke out in Asda over some heavily discounted TVs. I didn’t see any fights but I did struggle to get anywhere fast.

In our house, Christmas shopping starts after CJ’s birthday which happened to be yesterday. Yes, my baby is now twenty four! How on earth did that happen? Of course, there was also cake but I only had a tiny sliver and it appears to be gone this morning which can only be a good thing after the scales debacle.

Today is actually Commando Senior’s birthday so, now the birthdays are all over for a little while, I thought I might actually buy my first Christmas present. Given the crowds and my mood this was probably not the best of plans. Still, I did manage to get a bit of a bargain in Boots and tick two presents off my list, although it was a little like a rugby scrum and I got back to the office feeling slightly battered and bruised.

Things didn’t get better this afternoon. One of my lovely artists sent me an email that very nearly started the tears again.
‘I can’t tell you how sad the news is,’ she wrote. ‘It feels like the end of an era not to have your amazing and instant response to every query will be much missed. If I don’t have another chance to write to you, I would like to thank you for making everything so easy. It has been such a pleasure to be able to be in contact with you. I cannot believe you won’t find another job at the speed of light and they will be lucky to have you, whoever they are! Thank you for everything and every success in the future.’
Admit it, it would have made you a little tearful too wouldn’t it?

Later on there was another phone call that did have me wiping my eyes and regretting not buying another box of tissues while I was in Boots. This was from another actress, a very well known one who is the voice of some favourite children’s TV characters as well as a main character in a very long running radio soap opera. Her voices and witty stories are firm favourites with our passengers and I was lucky enough to meet her in person on one of the UK turnarounds. Then, she greeted me like an old friend and I will never forget her kindness today. She even asked for my personal phone number, although now I think about it I wonder if she’s planning to prank call me, with all her amazing accents I’d be bound to be taken in. Still it would be nice to have such a famous friend.

We are now supposed to be beginning the horrible task of clearing out the office, in between doing our work and preparing hand overs. I did have a cursory look in my drawer but, to be honest, I wasn’t in the mood so I will have another attempt on Monday when I might be feeling stronger. Anika made a start on some of her cupboards though and found a stash of bottles of wine. She kindly distributed them amongst us all so I’m sitting now looking at a bottle of wine. I’m not much of a drinker but I may well crack it open when Commando gets in. Now if only someone can find a stash of gold bars… 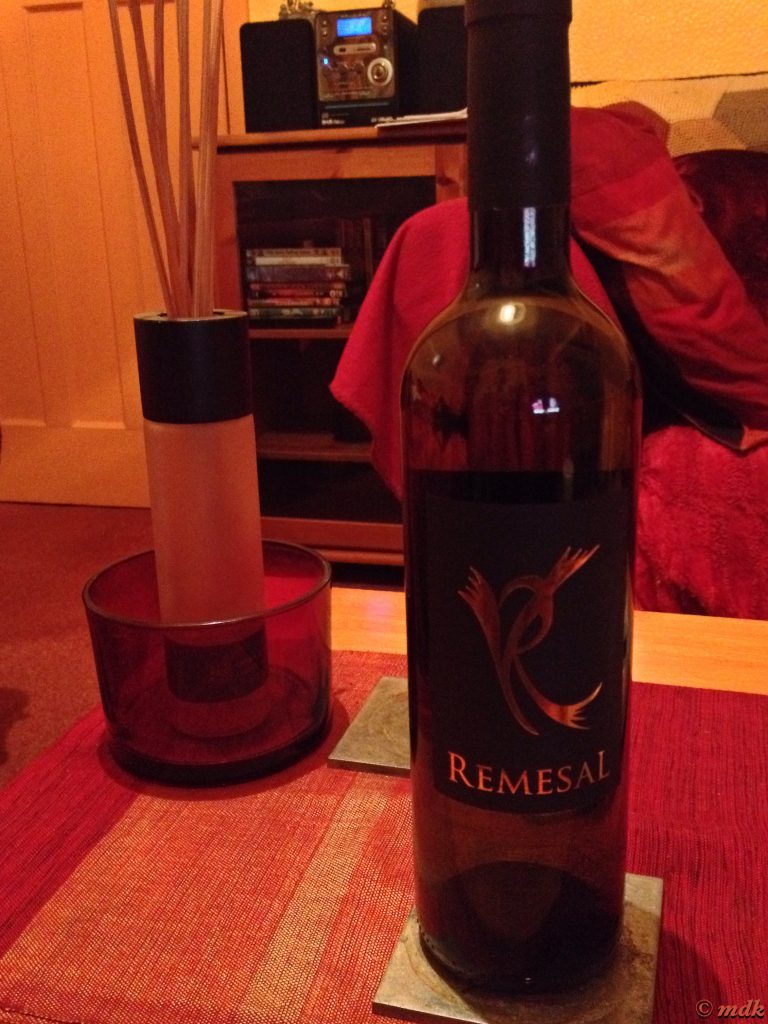