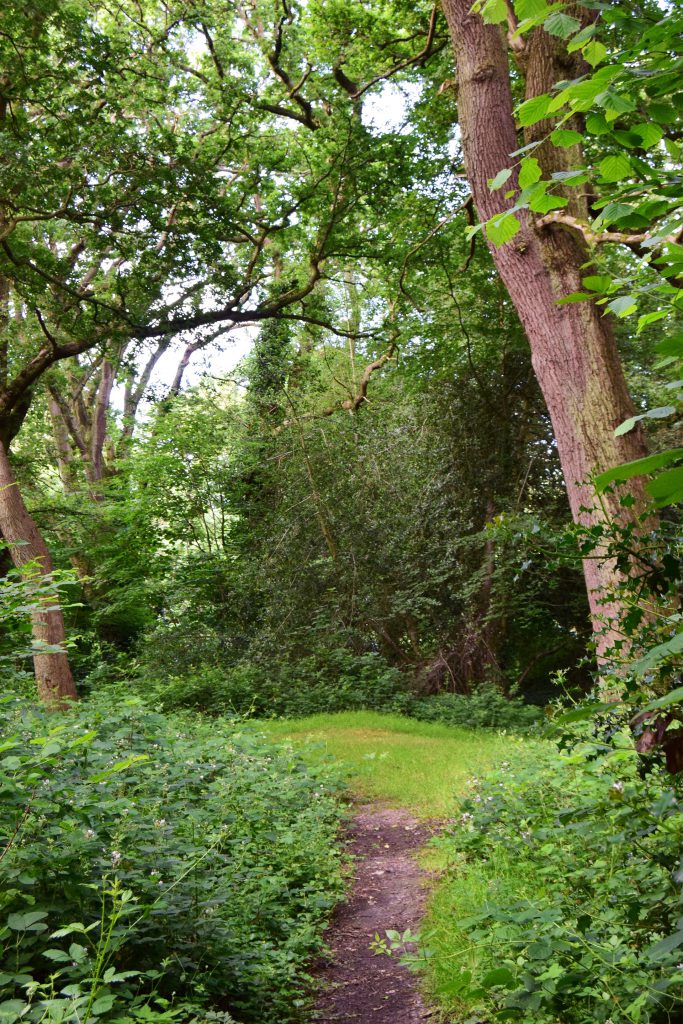 Most of yesterday was spent staying at home while the boiler was fixed. The boiler packing up right in the middle of the storm turned out to be no coincidence. The plumber who came to look at it found it full of water. It had probably been blown in through the flue and it wasn’t the only flooded boiler he’d seen that day either. He spent some time drying it out with my hairdryer and then more time fitting a new something or other that had died because of the water. At least it’s now fixed and we have hot water again. This was probably a good thing because there was a very special parkrun this morning and I had an idea it would be muddy.

The parkrun was a bit of a milestone. It would be Commando’s one hundredth, meaning he has run almost two whole years worth of Saturday morning 5k parkruns and qualifies for a special and fairly exclusive t-shirt. Obviously, it was a bit of an unmissable occasion for me and I took the new camera along to make sure the event didn’t go unmarked.

As expected things on the Common were still slightly soggy  but not so soggy we couldn’t take a short cut through trees to the start. This week it was back to the normal course, not far from the Hawthorns Cafe, but the short cut took us into a lovely little wooded glade I hadn’t seen before. It was well worth the slightly muddy shoes.

Commando was trying to play the whole hundredth parkrun thing down and hadn’t actually told anyone other than me. While he was chatting someone else may have ‘accidentally’ let the cat out of the bag to John and Rachel. Obviously, I have no idea who this could have been. 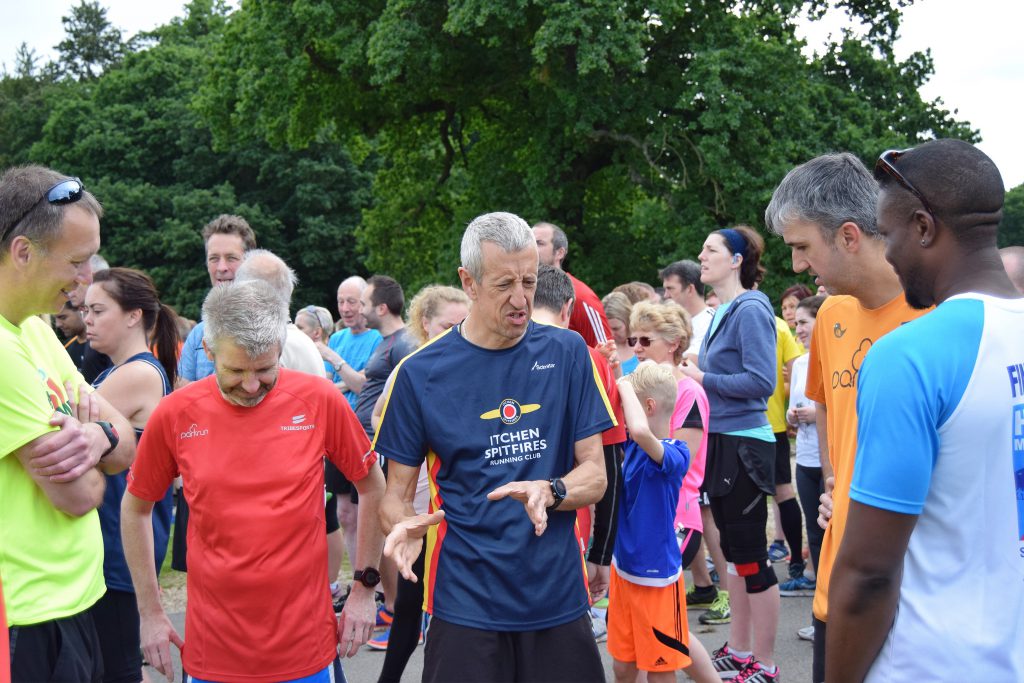 When everyone lined up for the start I tried to find a good position to take pictures. The start of a race is probably the most difficult time to capture an individual runner because they’re all bunched up together. Using sport mode I took literally hundreds of shots in hopes of catching Commando in one of them. Typically, in the one photo with Commando, he’s behind someone else so all you can see is his nose. Isn’t it always the way? 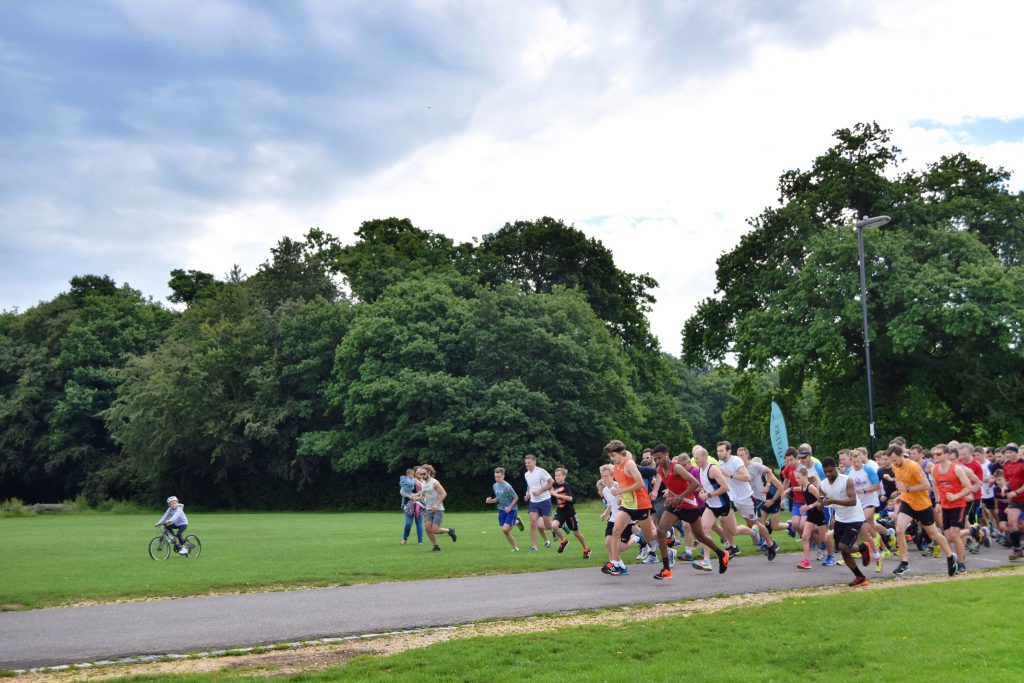 Once the last runner had passed I had a little time on my hands before they’d come back for the final loop so I thought I’d wander up to the boating lake to see how the cygnets were getting on. This would also be my first chance to try out the new camera on them. 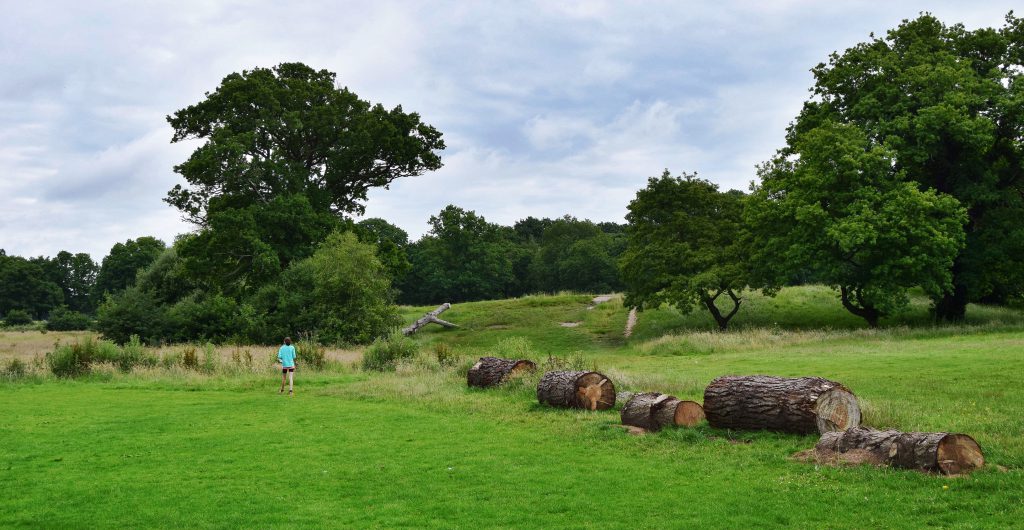 Last time I climbed the slope I slipped in the mud and was saved from falling by CJ. With no CJ this time I was especially careful climbing the muddy slope. Luckily there was no slipping and the cygnets were still on the lake. Straight away I could see they’ve grown a lot since Skyride when I last saw them. Mum and Dad are doing a great job of looking after them. 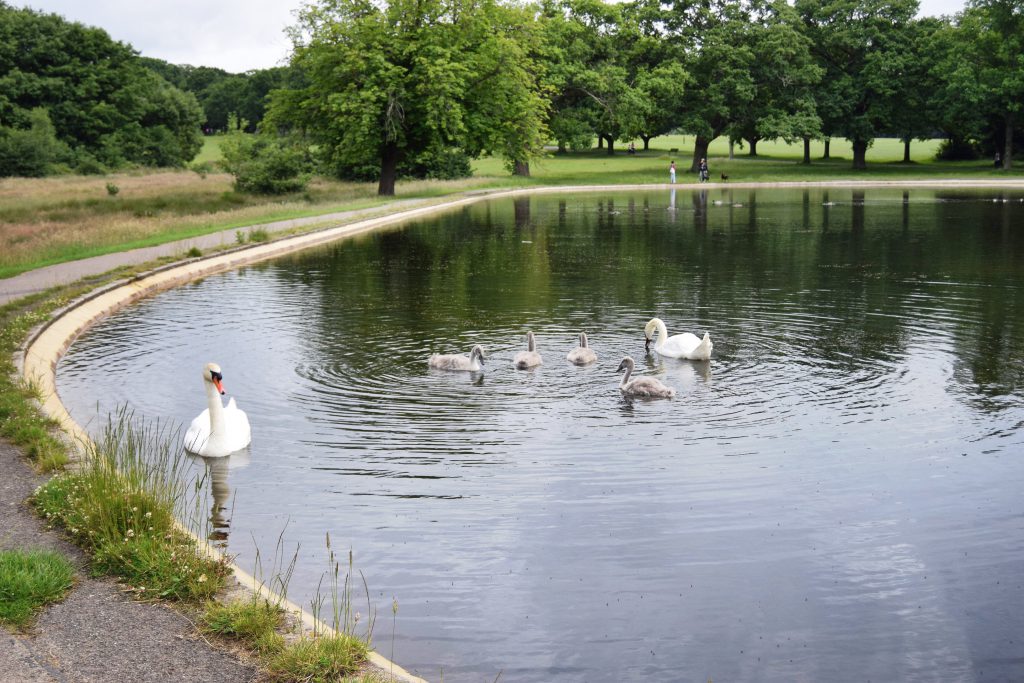 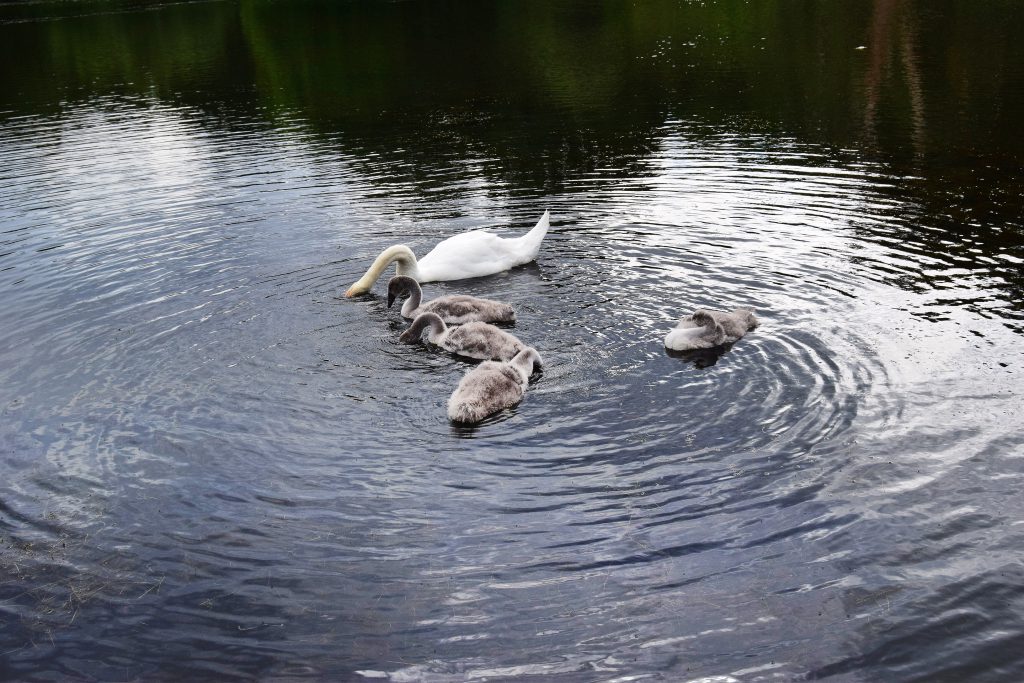 With the cob watching me slightly suspiciously from the edge of the lake I walked slowly round snapping away. The pen seemed to be giving her babies lessons in diving down for food. Three of her children were doing exactly what they were told but one had his head under his wing and was trying to sleep through his lesson. 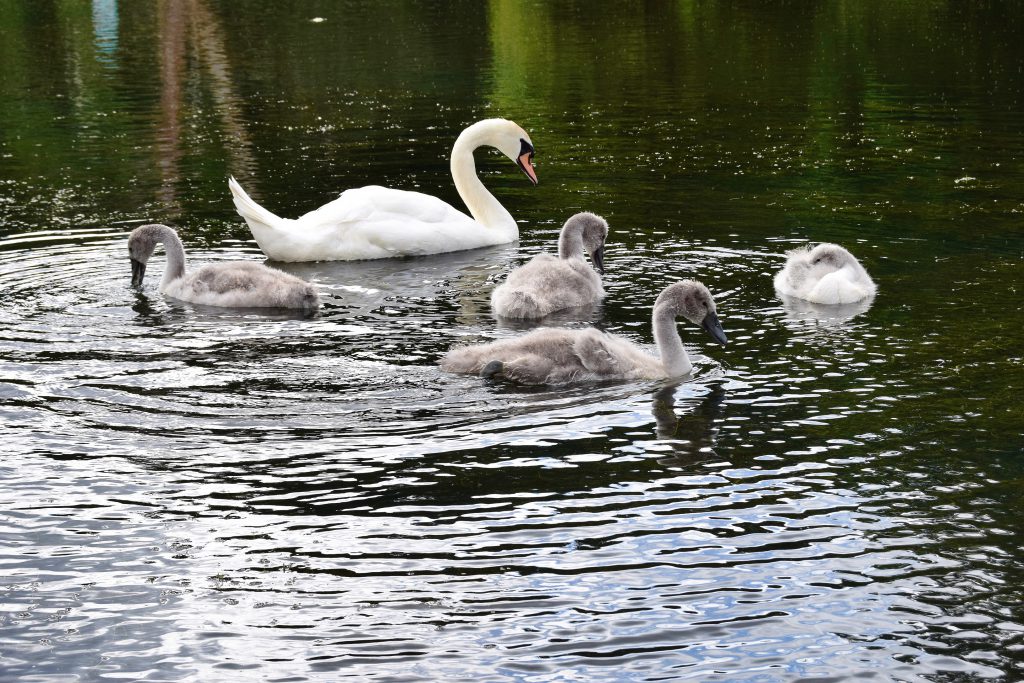 Being able to zoom in meant I got some really nice shots of the little family with far more detail than I’d ever have managed with the phone. What a shame I didn’t have it when they were tiny balls of fluff sitting on their mother’s back. Still, there’s always next year for that I guess. 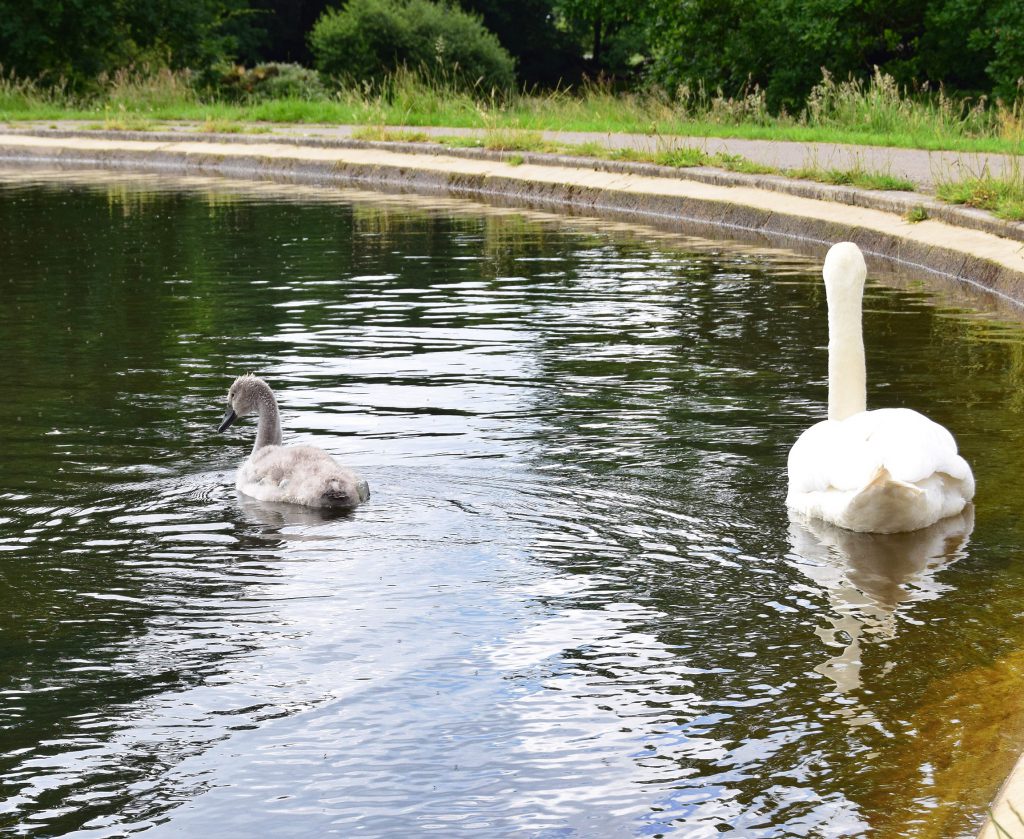 All the while the cob was giving me the beady eye. With a final photo of a family of ducks I thought it was about time I returned to the race. The last thing I wanted to do was miss Commando’s moment of glory. I got back just in time to seeJohn and Rachel’s son,  Sam, coming past for the final loop. Close behind were Rob and John in their 100 parkrun t-shirts. 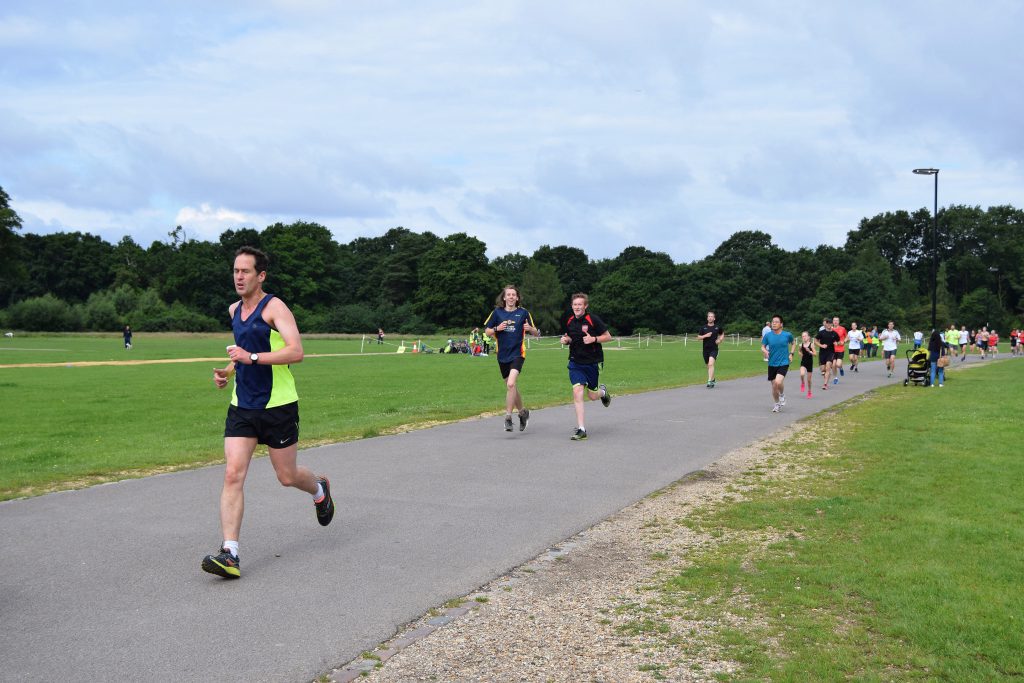 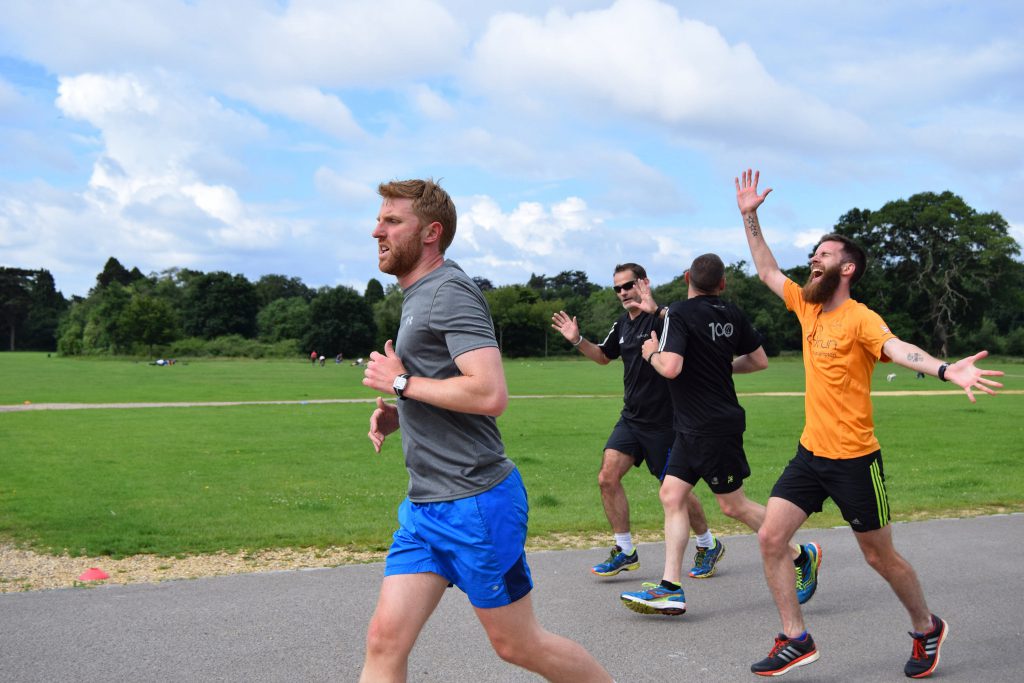 Commando wouldn’t be far behind them, he’s far faster than he makes out, so I tried not to blink and miss him. While I was not blinking Lee and Kali went by then I spotted Commando with Julien and Nick running right behind. He spotted me too and waved. Now I could relax for a little while and wait for them all to go round the loop and come back to the finish funnel. 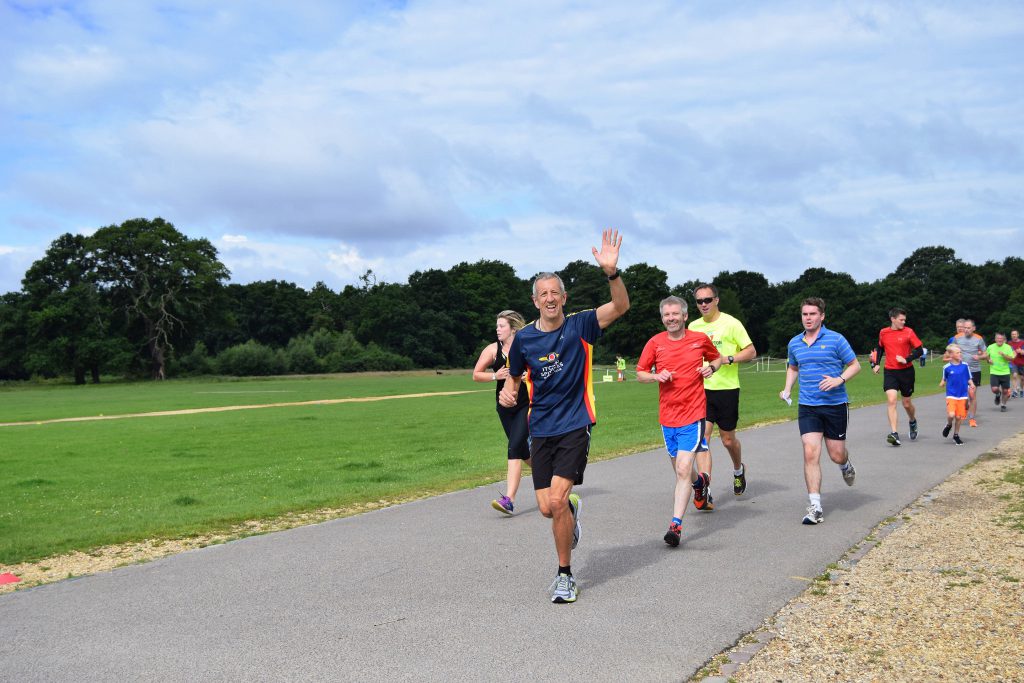 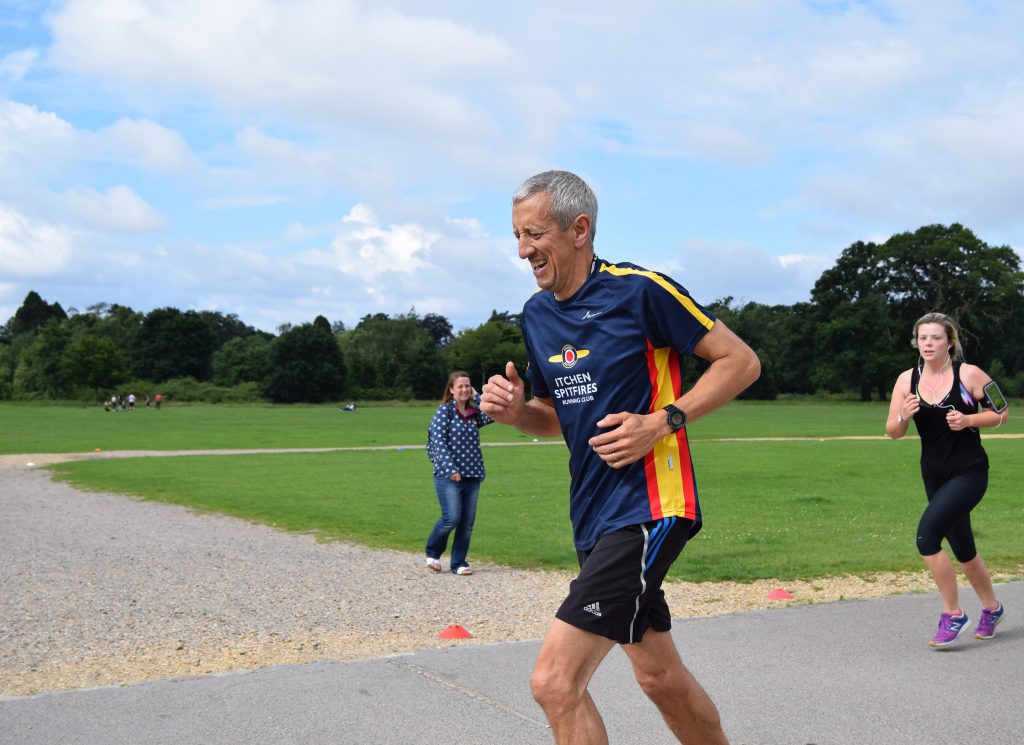 As soon as there was a suitable gap between runners I crossed to get a better view from the other side of the path. Hopefully I’d get some good shots of Commando. It wasn’t long before he was back looking fresh as a daisy, to cross the parkrun finish line for the hundredth time. 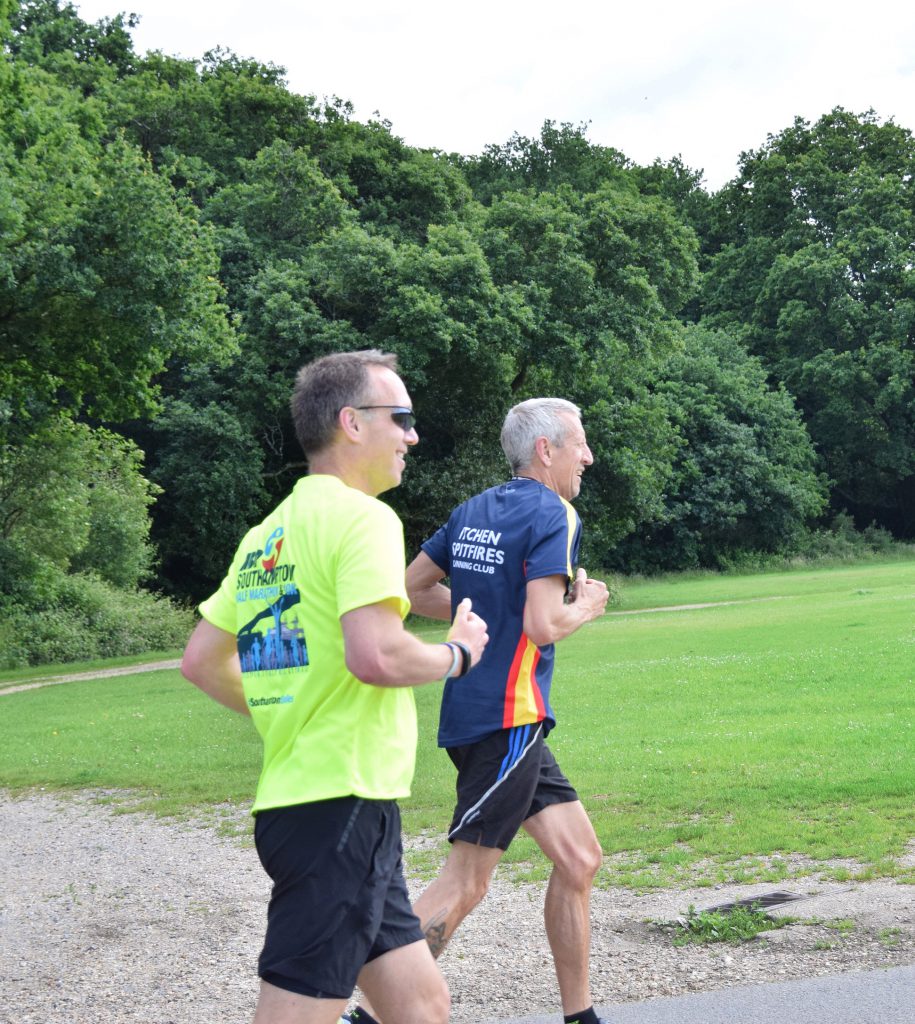 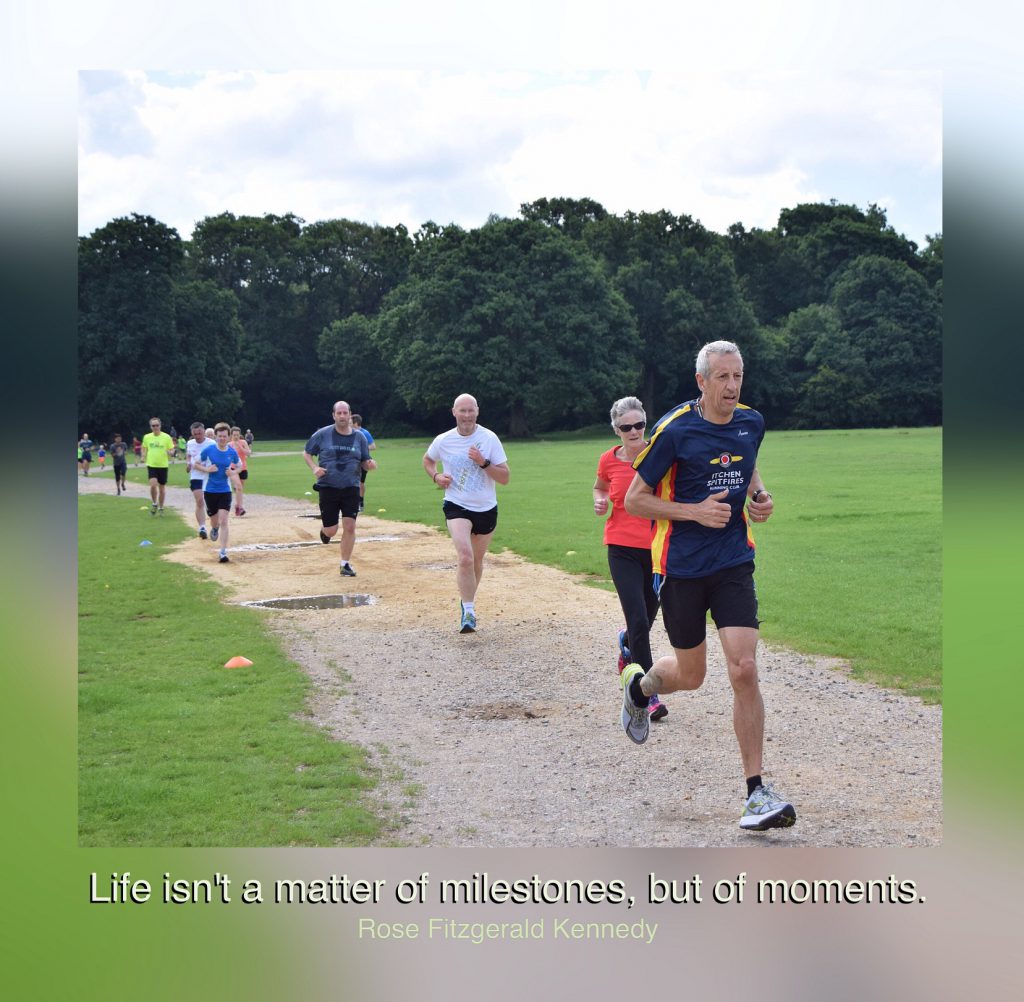 There was one more photo of him getting his barcode scanned and then it was all over. His next parkrun milestone, at least the next one he’ll get a t-shirt for, will be two hundred and fifty. It’ll be quite a while before that happens. 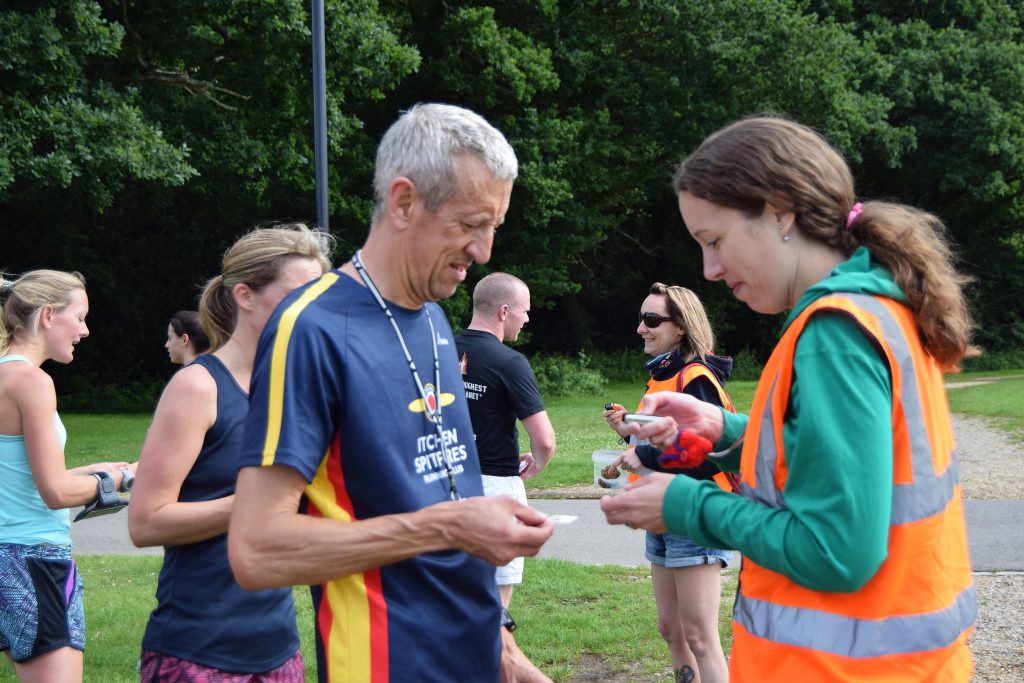 8 thoughts on “A milestone”