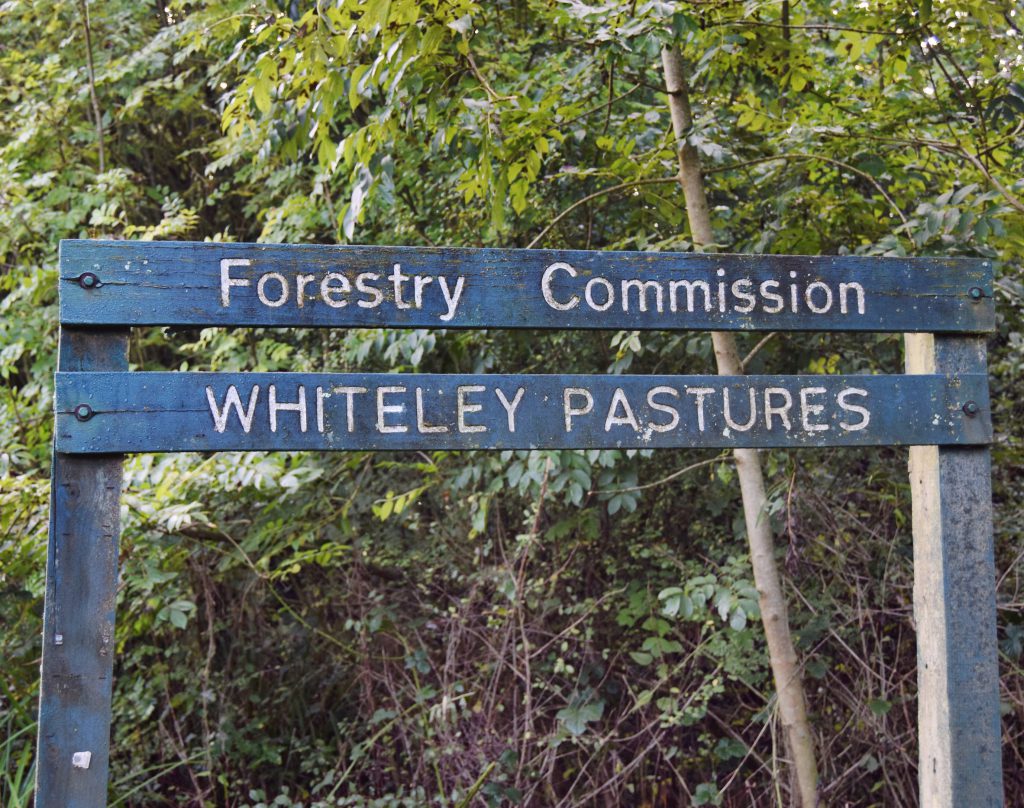 When Commando said he was going to run the Whiteley CC6 the day after his parkrun comeback triumph, I had my reservations. It wasn’t that I didn’t think he could do it you understand, but I was worried it was too much too soon. This would be the first CC6 he had ever run but the venue was familiar from the RR10 there. Back in July it was one of the muddier courses with people slipping and falling. The rain yesterday meant it would almost certainly be even muddier and Commando falling didn’t even bear thinking about.

It was useless arguing with him though so all I could do was grit my teeth, wrap up warm and go along to watch. Of course we were ridiculously early. We parked up in the shopping centre car park where the marshals were gathered for a briefing. Sadly, Costa’s was closed so my hopes of a take away coffee to warm me up were dashed. Still  I did at least know which way to go and we were soon walking up the gravel lane towards the start line.

We passed a pretty little stream I didn’t notice last time. Later attempts to find out what it was called revealed the whole area is a mass of streams and brooks feeding the River Hamble and Curbridge Creek. None of seem to have names according to the maps but it does explain why the place is so muddy. This is a remnant of ancient woodland, once part of the medieval Forest of Bere. The land was almost certainly once managed for timber and parts were laid to pasture hence the sign we passed telling us were were in Whiteley Pastures The gravel path didn’t look too wet as we set off along it and I took that as a good sign even if a hint of early morning mist still hung about the trees. Today we were in charge of the pop up tent everyone dumps all their gear in while they’re running. We followed the gaggle of marshals up the trail hoping to bag a good tent pitching spot. My previous visit told me these would be at a premium as, of all the RR10 venues, this had been the most cramped. As it was, there was only one other tent there when we arrived and, in a few moments, Commando had the his tent up.
“Hopefully Kylie will put it down,” he said.
“As long as I don’t have to,” I replied. “I remember trying to put down the little pop up play tent the boys had. Every time you thought you had it under control it would spring open again.” 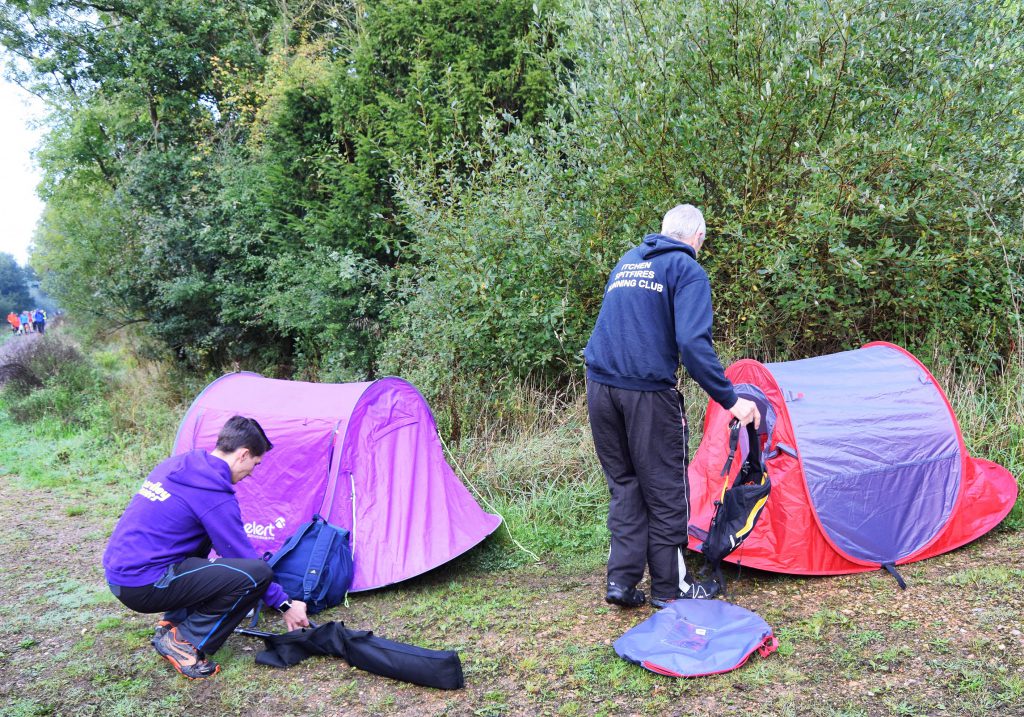 Pretty soon runners began to arrive and, before long they’d left again to walk back down the trail to the start line. Sam and I, who were chief cheerleaders, tried to find a spot to stand on the narrow trail where we would have a good view and wouldn’t be trampled. In the end we stood in the undergrowth by the tents. It wasn’t long before the runners began to come past. The camera came out and I did my best to spot Commando as they stampeded past. It was a tough job but I did capture him when he gave me the thumbs up as he passed. Whether he’d look as happy at the end remained to be seen. After a little respite where Tash, Kylie, Sam and I stood around chatting, the runners were zooming past again. For me, this meant trying to spot Commando amongst the crowd. It was a relief to see him in one piece and not even muddy as far as I could see. Of course, it was still early in the race and they had another loop to do before the finish, some of which involved pretty boggy ground as far as I could tell. He did look in good sports though and even managed to pull a stupid face and stick his tongue out as he passed by. Once the last runners had gone past we decided to go down to the finish line to get a better view.

In normal circumstances, Commando would have been fairly near the front but he’d set off saying he was going to take it easy and would most likely finish near the back. As the rest of the runners came home I was pleased to see no one seemed to be injured, even if most did look a bit in the muddy side. Then I spotted Commando, not near the back at all but not limping or looking to be in pain. I breathed a sigh of relief. In fact, as he crossed the line he had enough energy to put his thumbs up and pull another silly face. In fact there were a lot of smiling faces on that finish line despite the mud.

10 thoughts on “Mud and worries at Whiteley Pastures CC6”