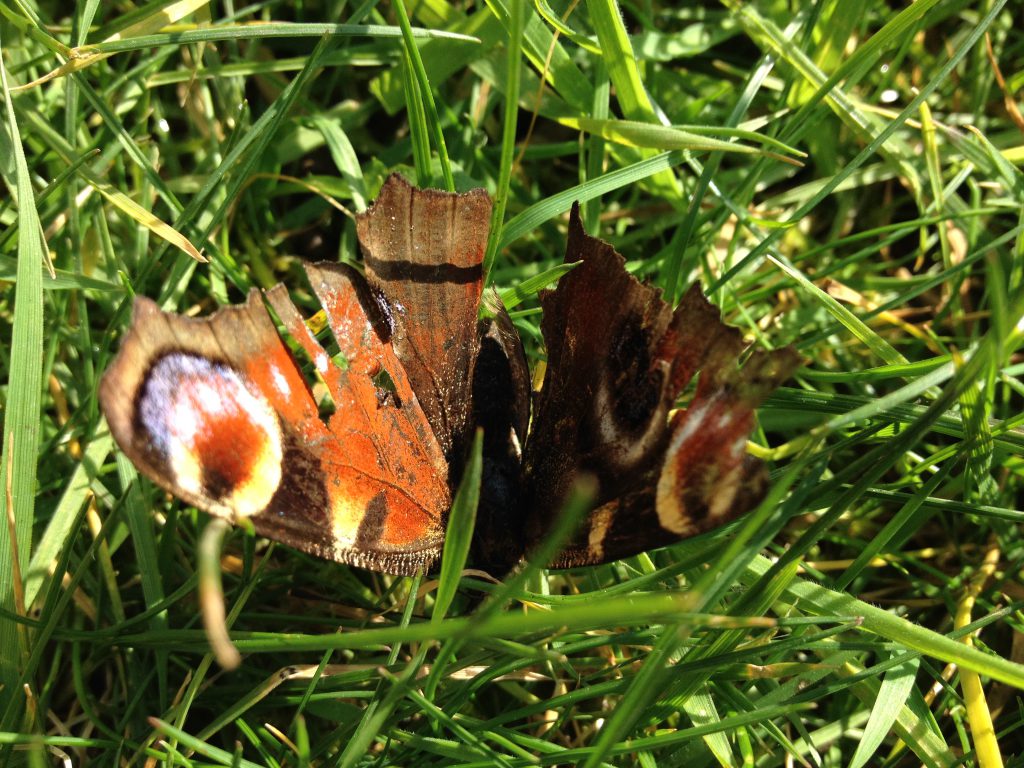 Early March 2014 and I’d been offered a job. It wasn’t quite the job I wanted but any port in a storm and all that. There was also the small matter of a medical and some paperwork before the job offer was officially confirmed. The paperwork and a copy of my passport to prove I’m a UK resident is fairly standard these days but the medical was something new. Mostly it seemed to involve a drug and alcohol test, both of which i was sure I’d pass. Then again, as the appointment got nearer I began to wonder…

With an appointment for a medical for my new job this afternoon there was no long walk this morning, just a trip up the Big Hill for supplies and some more messing about in the garden. Mostly the gardening involved potting on my sunflower seedlings and trimming back the tall bamboo. Bamboo can tend to be a bit on the invasive side but it does provide me with a never ending supply of canes. In fact I have so many I don’t really know what to do with them all. While I was making a much needed cup of coffee Fluffy the cat appeared at the gym door with a butterfly in her mouth. Presumably this was a present for CJ who regularly feeds her cat treats. CJ wasn’t very impressed by the gift and chased her away. Later when I was back in the garden I found the poor thing laying all tattered and lifeless on the lawn. It was a peacock, woken a little early from hibernation. Such a shame that something with such a short life came to an untimely end. Such is nature I suppose. 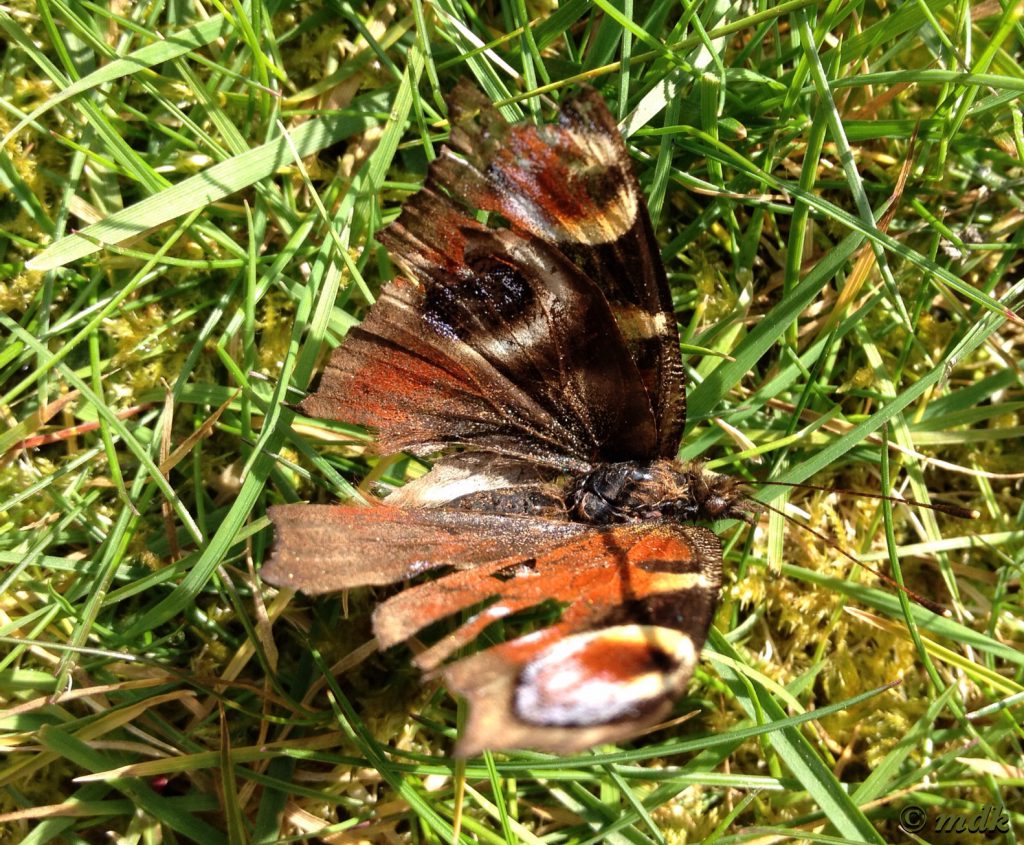 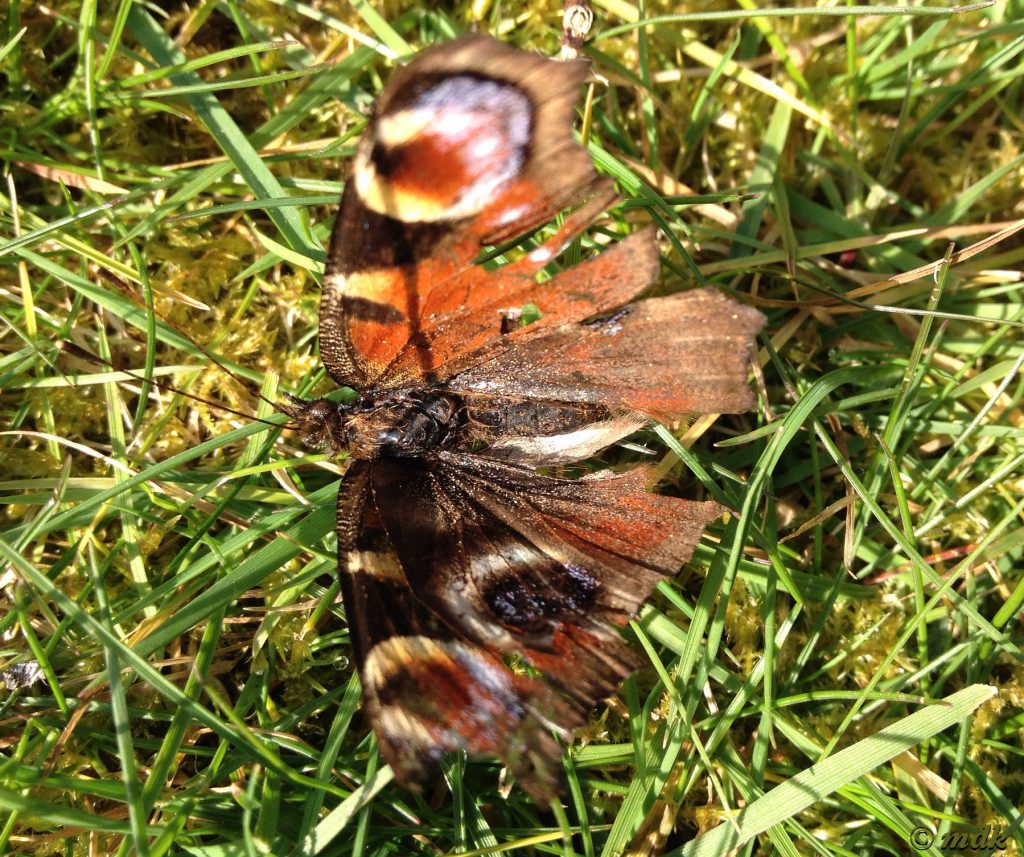 After lunch it was time to set off for my new office. As I walked over Cobden Bridge it occurred to me that this will soon be my daily walk to work. Not wanting to be late I didn’t dally too long or take photos but, when I got to Horseshoe Bridge and checked the time I realised I was early. There was a little wooden bench so I sat for a moment and checked my emails on my phone. All of a sudden Commando ran round the corner. He was on his marathon training run and stopped for a moment to say hello. When he left I watched him run along the river path until he turned off, then set off for the office. 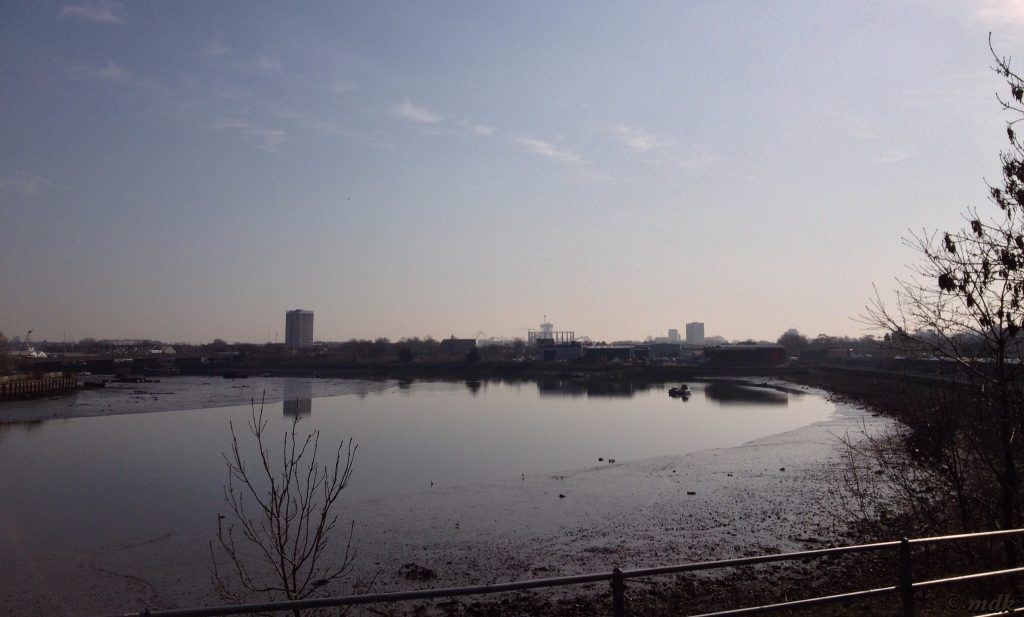 The medical was more of a drugs and alcohol test than an actual medical. I had to blow into a device just like they used to breathalyse drunk drivers. That was a first. As expected it showed there was precisely zero alcohol on my breath. That’ll be because I don’t drink I guess. The drugs test was a mouth swab. I had to list any medication I’d taken in the last week first in case they showed up, even the headache tablets I took at the weekend. It was a very short list. The swabs get sent off to be analysed and I suppose there will be no formal job offer until the results come back. The funny thing is, even though I haven’t taken any drugs, I felt strangely nervous about it all. Why do I always feel guilty even though I’m innocent?

I walked back home past the odd metal sculptures representing Jane Austin, Matt LeTissier and Olympic diver Pete Waterfield and along the river path. It isn’t the nicest path in the world, rather litter strewn it runs beside the railway line at first. A train flew past as I was walking creating a terrible noise. The tide was out and there are some interesting wrecks. It seems the people of Southampton are rather fond of abandoning boats along this stretch of river and they stay where they’re left to slowly rot away. 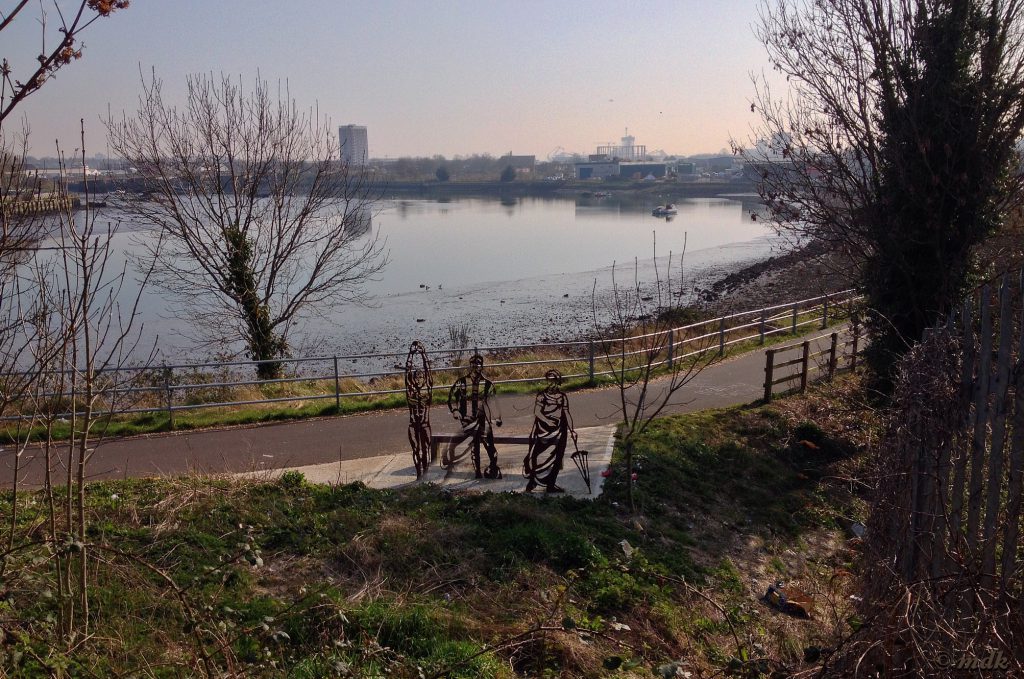 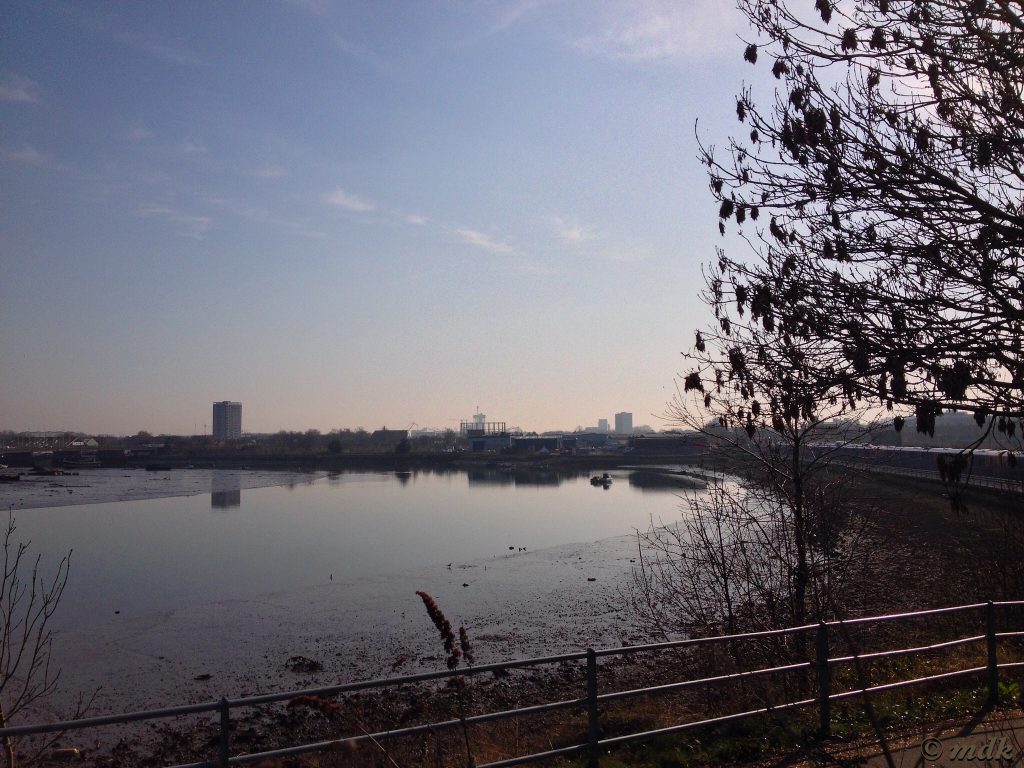 One wreck in particular caught my attention. It’s the wreck of a small houseboat. When I worked at Busy Bees, on the industrial estate just off the path, some hippies lived in this boat. We’d watch out of the window as they rowed to and from their home. They had a dog, a Labrador I think, and it would often swim beside their little rowing boat. They seemed to have a happy, if frugal, life. Occasionally our MD, a huge bearded Dutch man with a heart of gold, would take them food parcels. 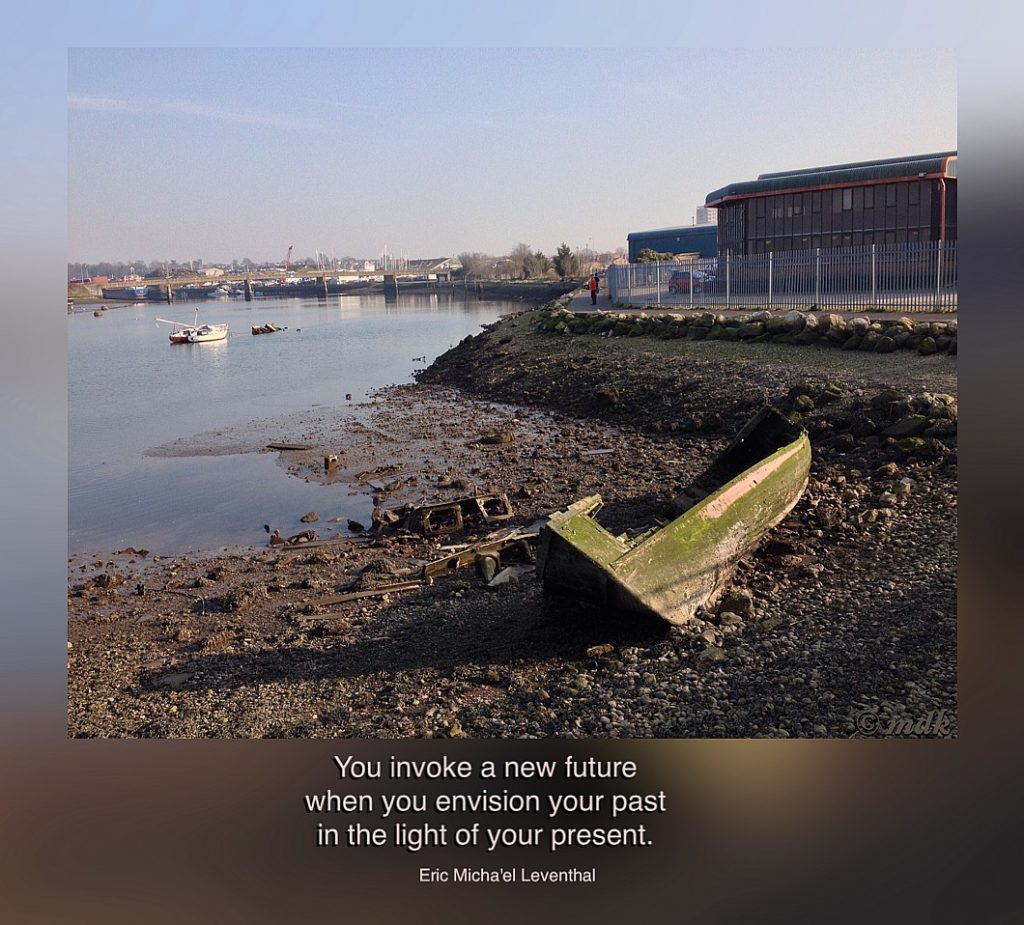 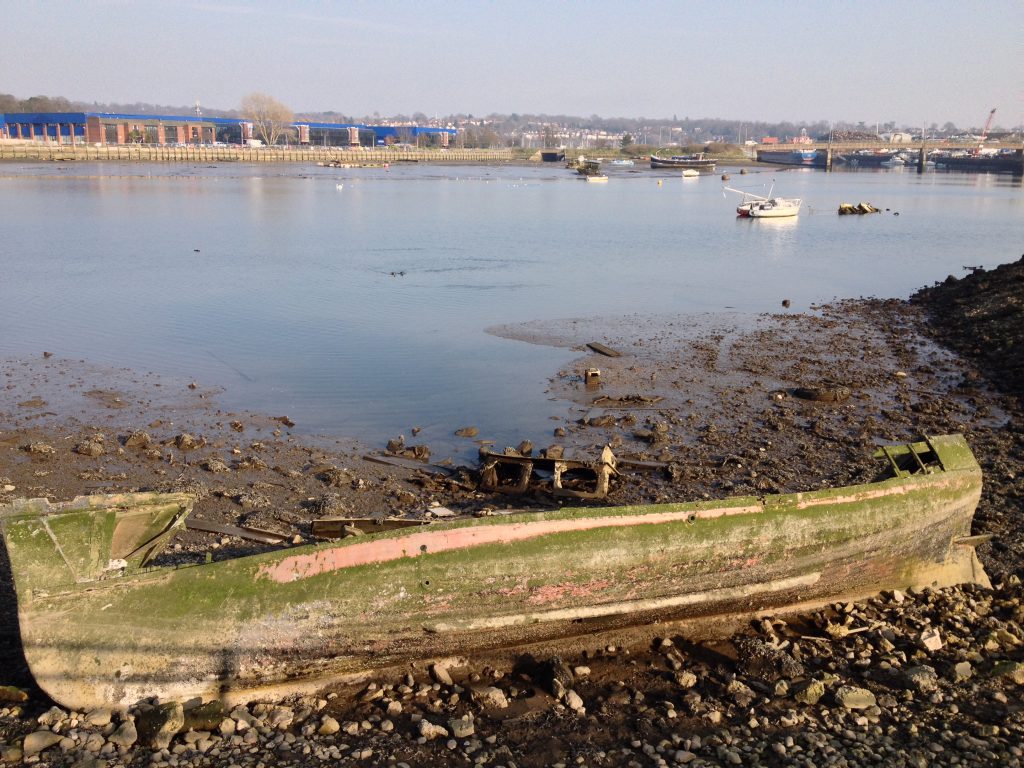 Now their home is just a rotting wreck laying on its side with the top all smashed off. The barnacle covered bottom, green with algae faces the shore and it seems very small for two people and a dog to live on. I stopped to take a few pictures and wondered what became of the hippies and their dog. 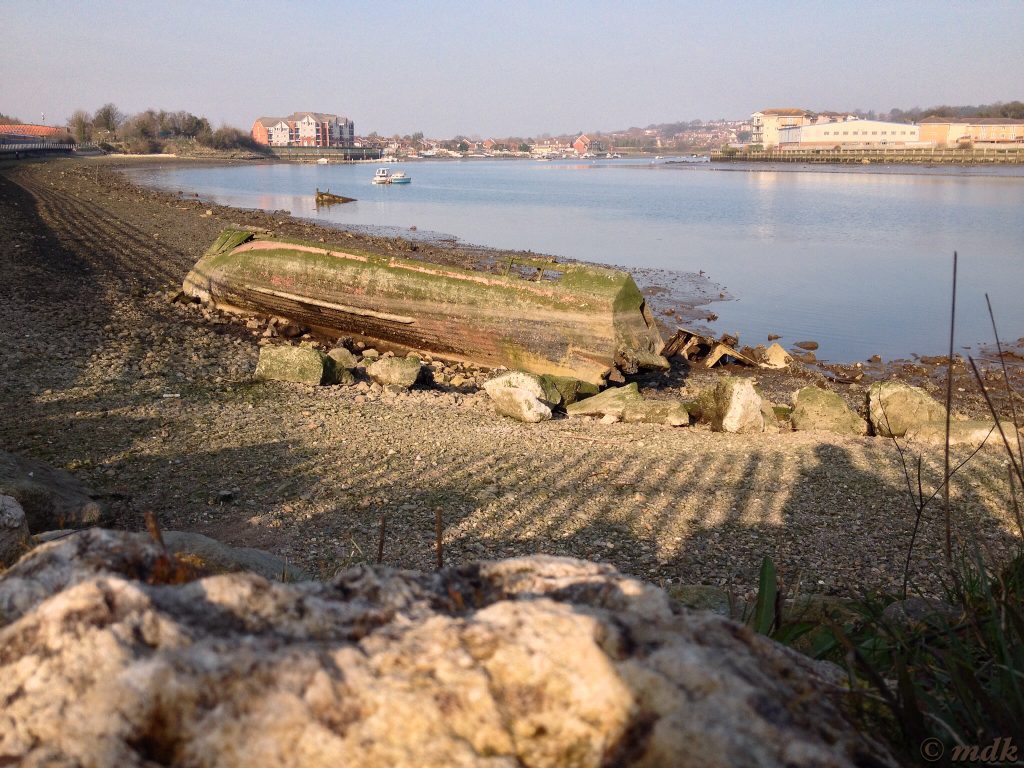