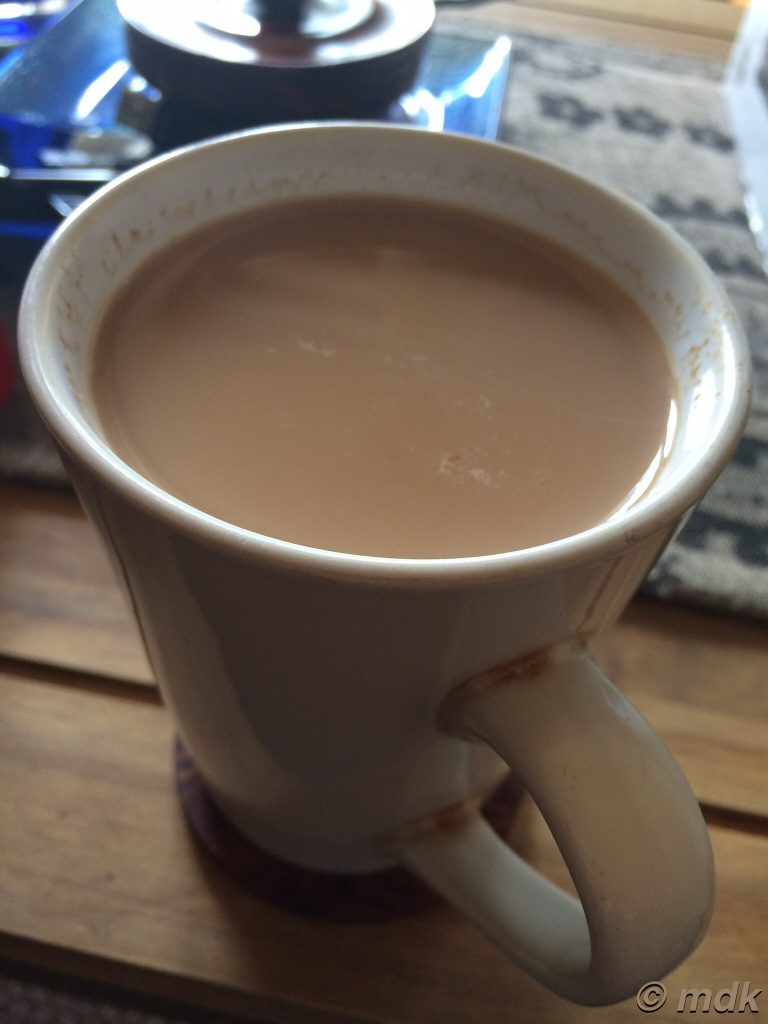 In June 2014  excitement came in the form of an email. A journalist wanted to interview me for a rather prestigious magazine. It would be a feature on people who have dragged themselves off the couch and taken up walking. Obviously I fit the bill but I wasn’t sure if it would be as lovely and surprising as East Park on the June Walk, or as disappointing as the Enchanted Park. I’d been down that road before twice. The first time the journalist used my words rather than her own but chopped and cut so much the meaning was lost and I ended up feeling cheated. The second time promises were made but came to nothing. Maybe this woildbe third time lucky?

Despite my trepidation when a journalist contacted me asking for an interview about walking to get fit, I did respond. A few emails back and forth and she arranged to phone me on Wednesday night. I wasn’t sure what to expect. Should I have something prepared? What did I want to say? How did I want to present myself? Probably I should have put some thought into it, made some notes or something. Of course I didn’t. I just made myself a coffee and sat waiting for the phone to ring. It would be whatever it was.

We talked for about an hour. She seemed nice and asked a lot of sensible questions which gave me some hope that the finished article might end up being something I wouldn’t be ashamed of my friends seeing. She’s a walker herself which helps because she understands the need to walk and the joy in it. The thing she seemed to find most interesting was my love of walking alone. She wondered if I was ever afraid, did I get bored, lonely? I could honestly say no to all three, well discounting Red Haired men anyway.

It helps that she’s had more than a quick peek at the blog. She said I had a lovely writing style which was flattering, especially as I usually think I just waffle on. Still, no point getting too excited because it may all end up coming to nothing or, worse still, being something I hate. At least she didn’t want me to pose for any pictures which, in my opinion, is a bonus. She will be using photos from my blog though and it will be interesting to see which ones she choses. The article isn’t likely to hit the streets until August so watch this space. 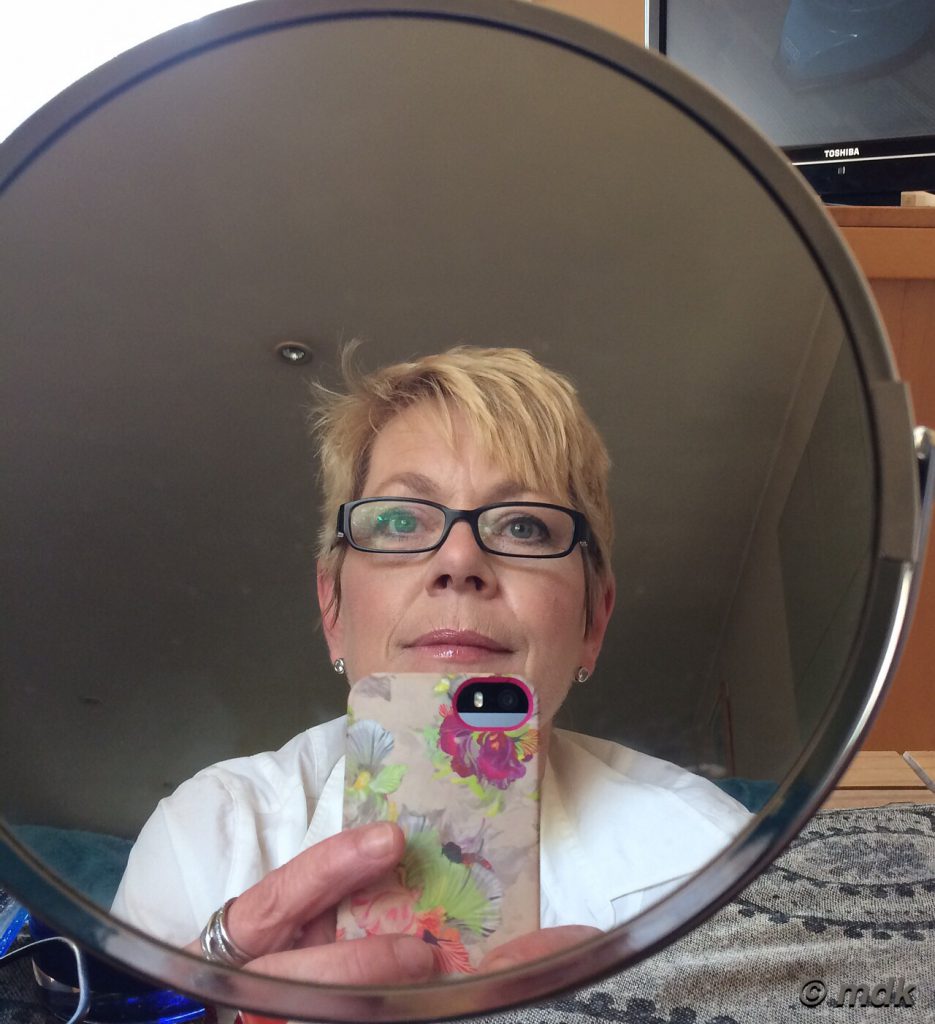 From one kind of interview to another. This morning saw me putting on my smart suit again for a job interview. Hang on, you may be thinking, didn’t you just get a job? Yes, I did and, although it wasn’t exactly what I wanted to be doing and doesn’t really use all my skill set, I’ve kind of enjoyed it so far. The thing is a supervisor position has come up and, even though I’m very new, I applied for it. This was working on the principal that, if you don’t ask, you don’t get. Plus Jess told me to apply. It is also much more the kind of thing I’ve done in the past, managing people, organising things, blah, blah, blah. Ok, so there was a little bit of trepidation that some of the other candidates might be slightly miffed if the newby got the job but, let’s face it, I’m more than qualified and I’ll cross that bridge if and when I come to it.

It was quite odd being all tarted up in my ship visit clothes and trotting off to work on a Monday morning which is normally my day off. Commando gave me a lift and, aside from getting stuck at the train gates for an interminably long time, I wasn’t really nervous. After all, if I don’t get it I still have a job. It was another one of those, “tell me about a time…” Type interviews with Jess and The Big Boss. You know the ones where you always think of a far better example when you’re walking down the road. Hopefully I gave a good account of myself. The best part, apart from the using my skill set, more interesting work thing, is it would mean four day weeks. Ok so they would be much longer days, more like my Mad House hours, but it would give me three whole days to fit in walks!!! Extra money is the icing on the cake, but I’ve never been all that money oriented. Still don’t tell them that eh?

Once the interview was over I walked up into town, taking advantage of the fact I was more than halfway there already. This could hardly really be counted as walking but I did stop to take a picture of some wonderfully pink spirea in a garden and some equally bright hollyhocks that have escaped from someone’s garden and are brightening up a grass verge. 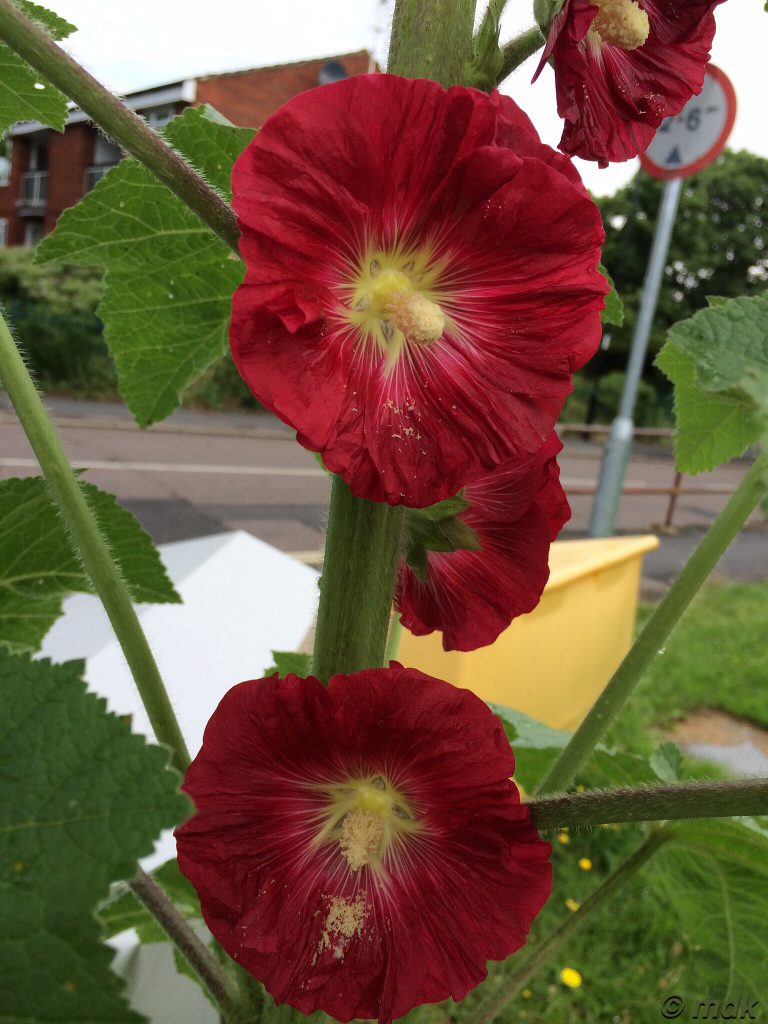 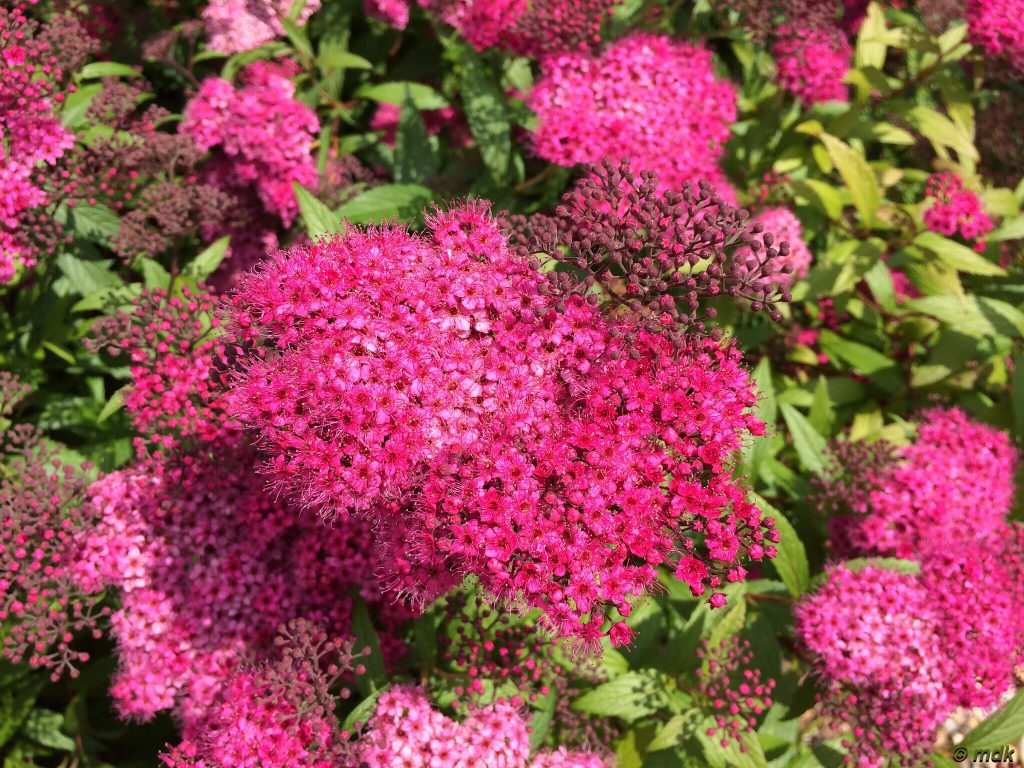 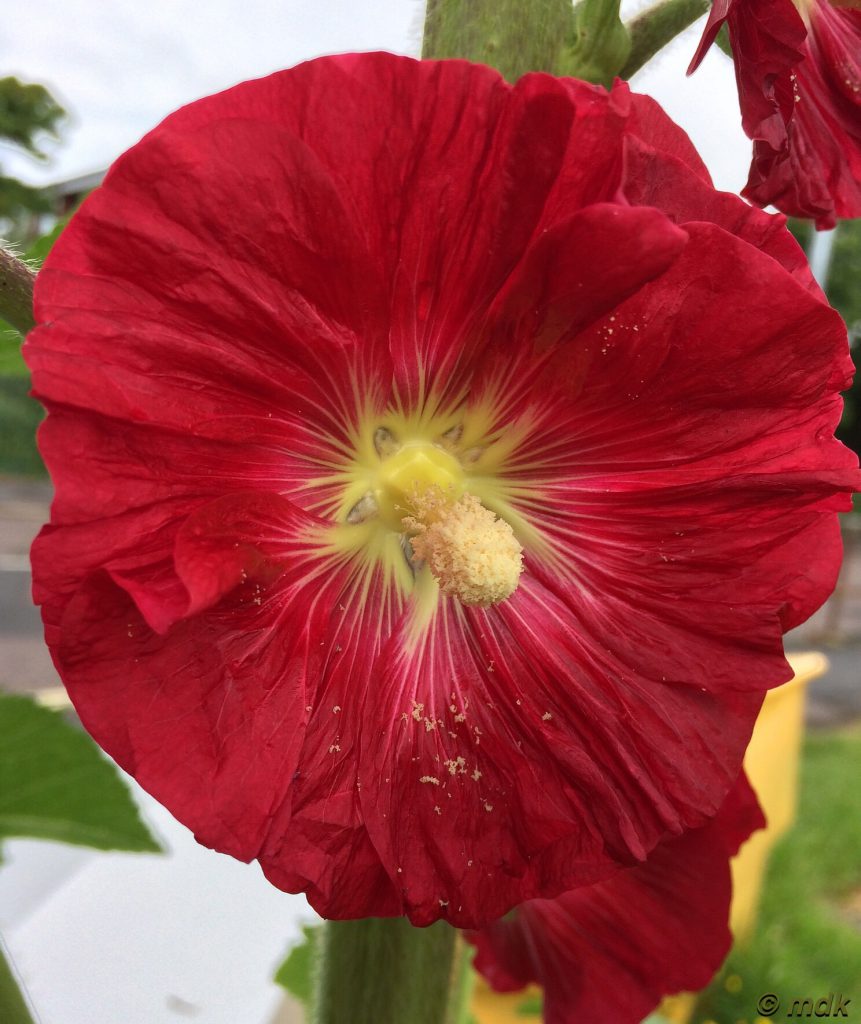 There was also a quick march through the enchanted park on my way to Shuropody, the shoe shop I was aiming for. White mop head hydrangea have opened since my last visit along with some that can’t make up their mind whether to be pink or blue and I’m still unsure of the identification of the waxy flowered shrub. This time I took photos of the whole shrub along with the flowers but I’m none the wiser. My New Hampshire gardening friend, Alan, thinks they might be breynia frucicosa but I’m not convinced from the pictures I’ve seen online. The Friendly Gardeners think it’s a wax plant but, as that is a vine and probably wouldn’t survive outside in the UK, the mystery continues. 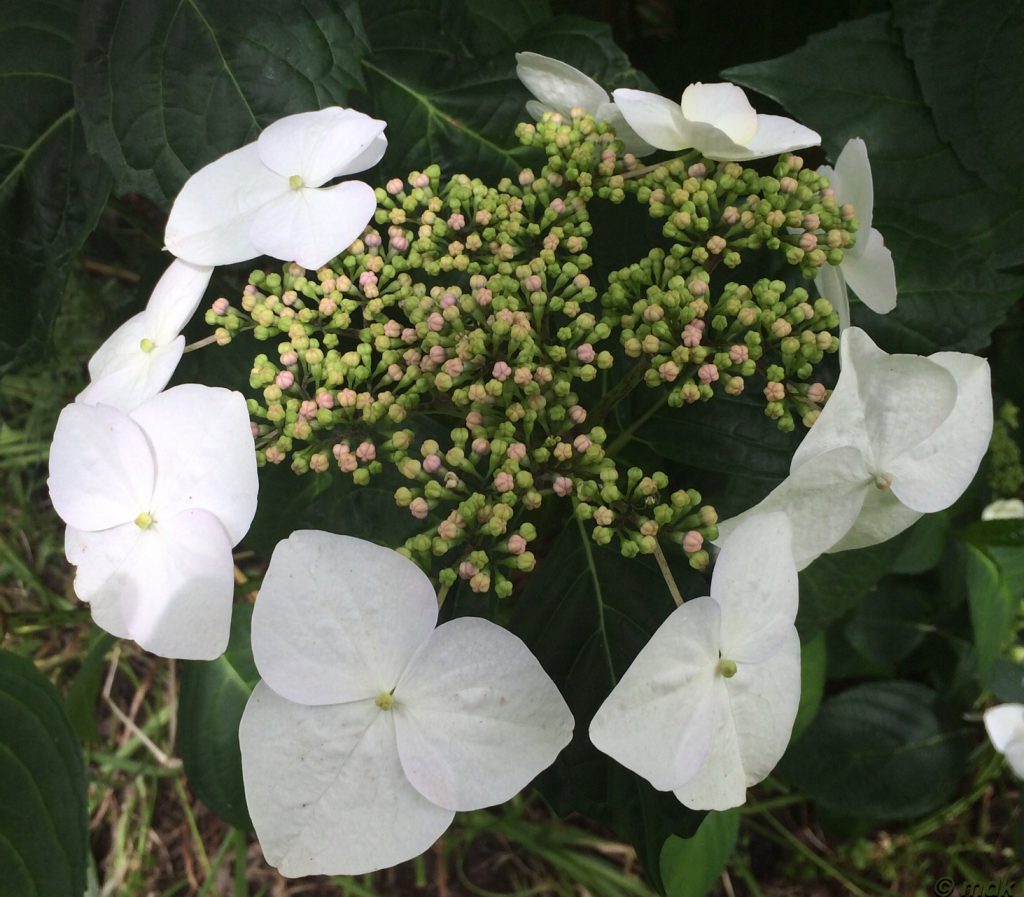 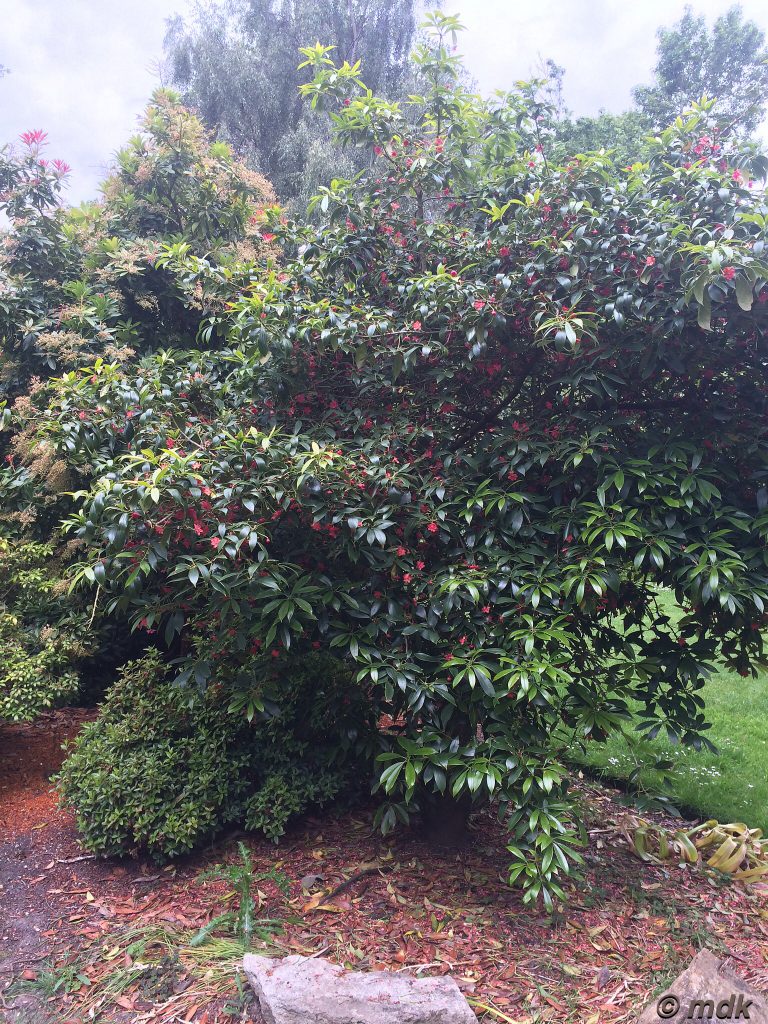 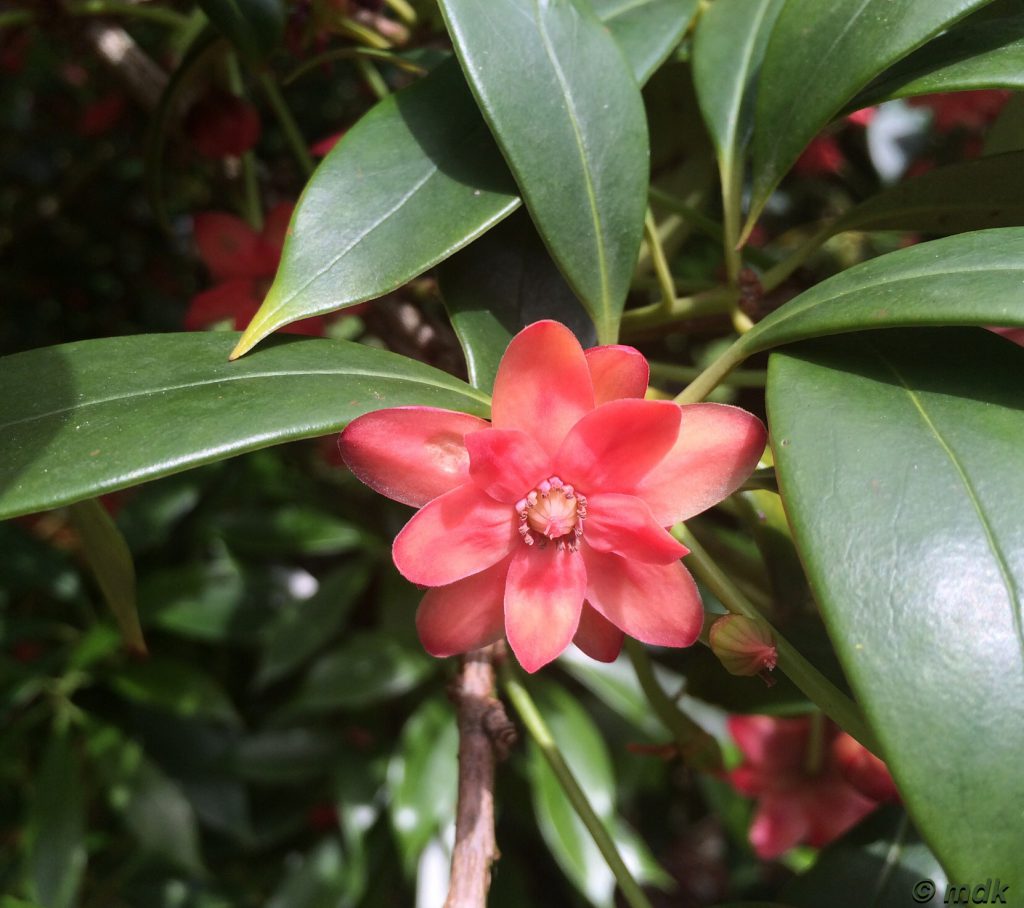 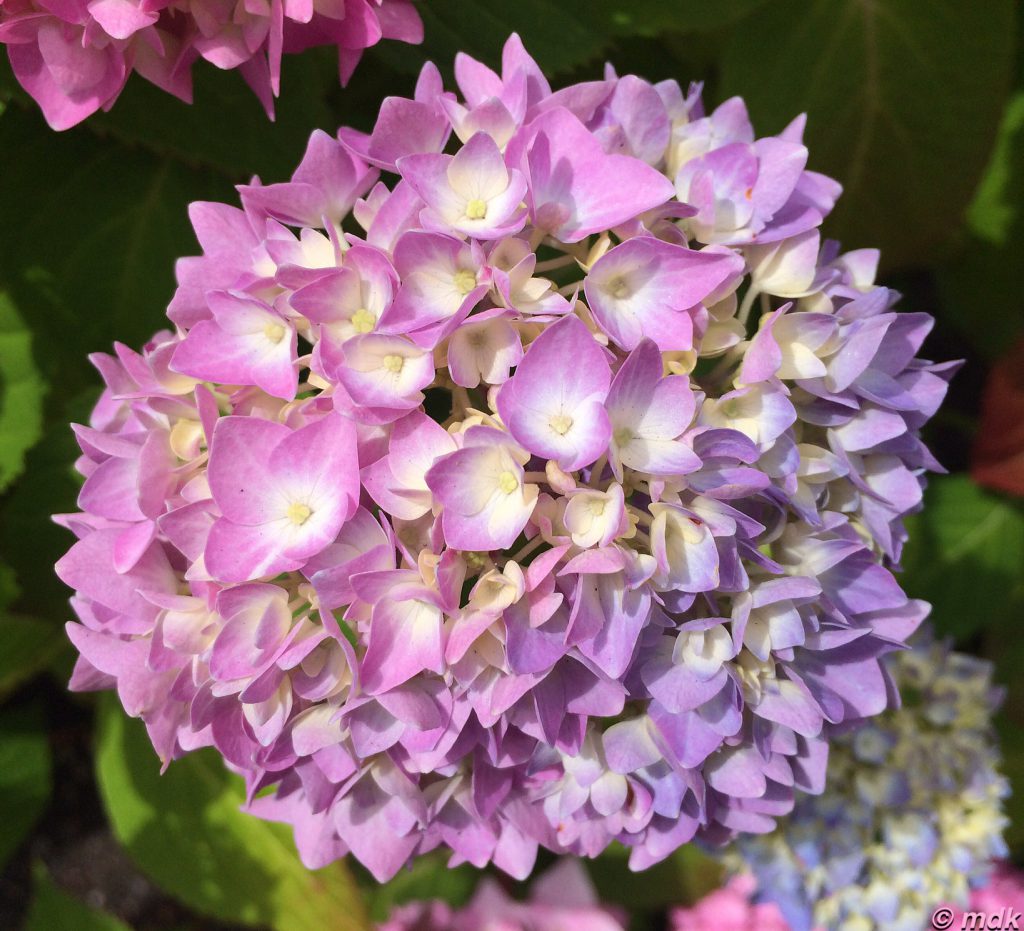 The Shuropody visit was a success especially as they have another sale on. You may be wondering why I needed more shoes, I’m sure Commando is. The white summer sandals I bought from Shuropody a while back are very comfortable walking shoes but, let’s face it, they don’t really go with black trousers which is my normal work attire. My black Skechers go with almost everything but they are almost worn through after over two years of more or less daily wear. I think I’ve had my money’s worth, especially when you consider all the miles I’ve walked in them. Given the success of the white sandals I thought I’d try something other than Skechers for a change. Let’s hope these ones last as well. 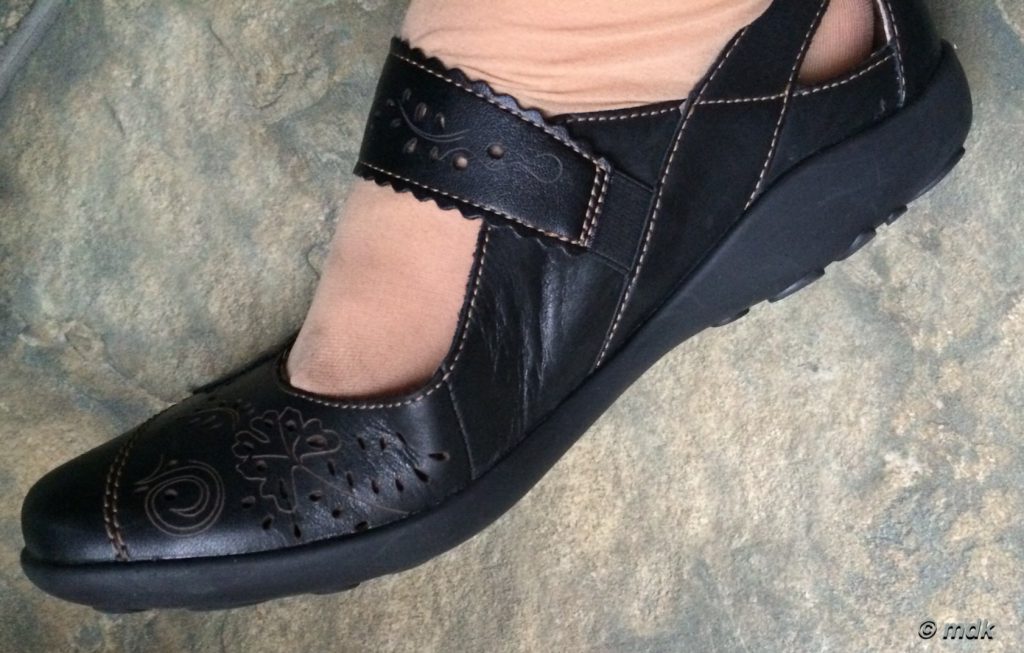 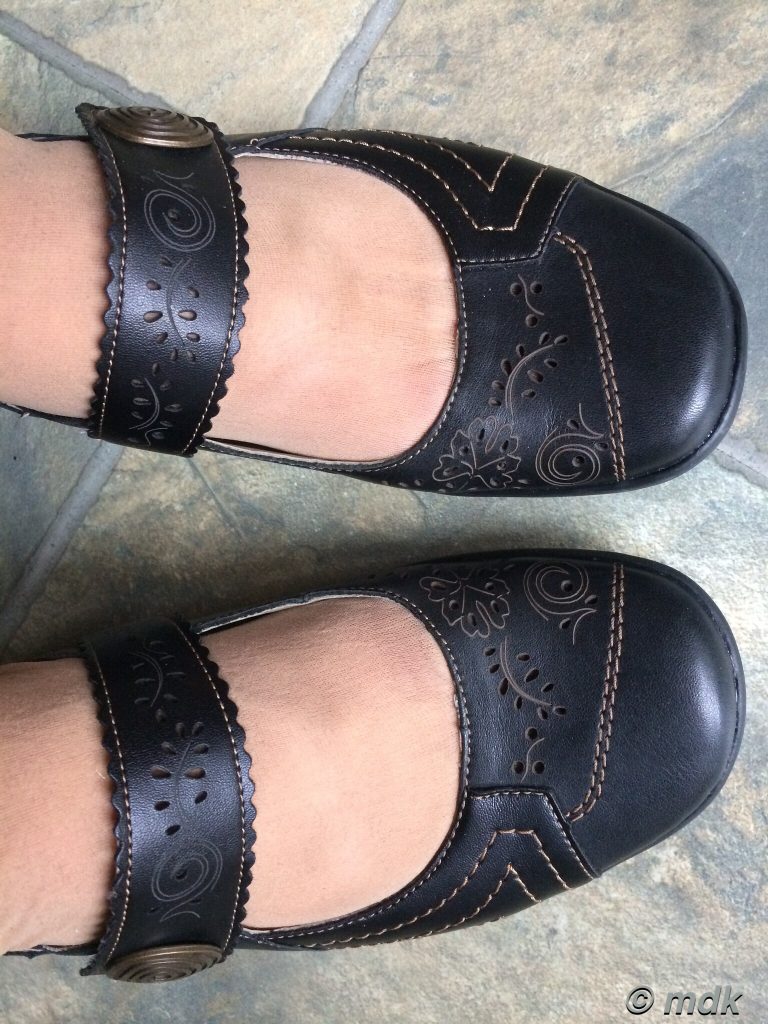 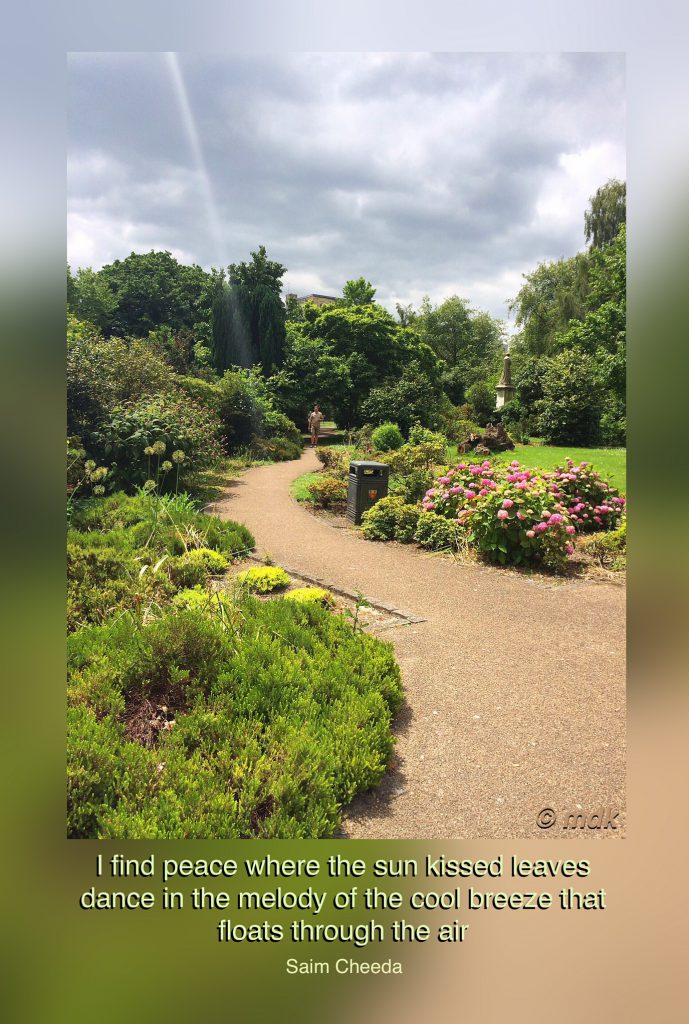 A quick latte in the enchanted park with a few wistful thoughts of my Silver Helm lunch breaks it was back home for food shopping and a few other chores. Of course, all this, combined with yesterday’s Father’s Day lunch in John Lewis looking out at the wonderful views of the docks, meant I didn’t get a long walk in this weekend. To town and back really doesn’t count. Next weekend I will have to do an extra long walk to make up for it. In the meantime I have my fingers crossed. 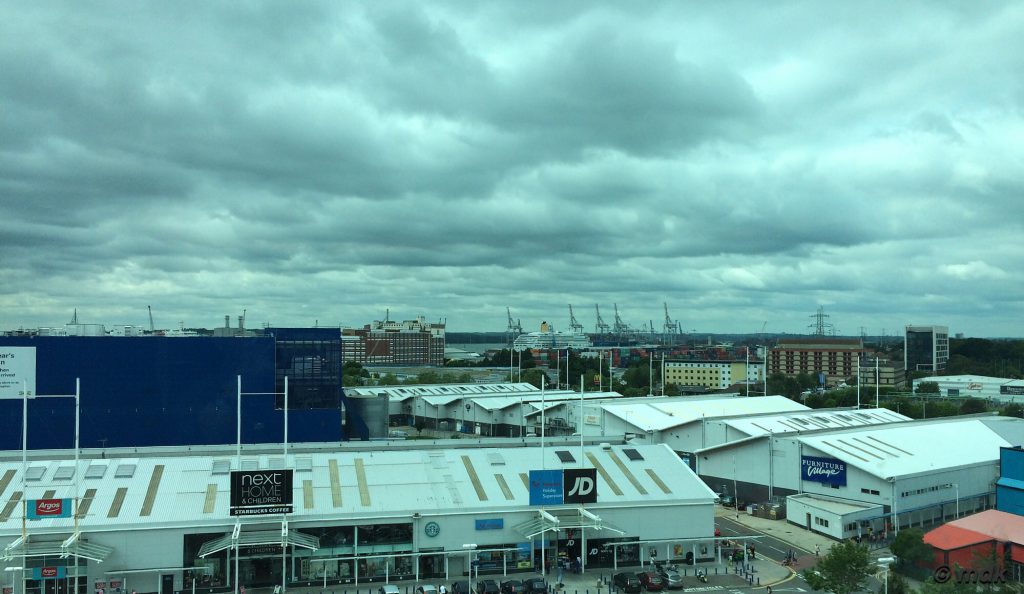