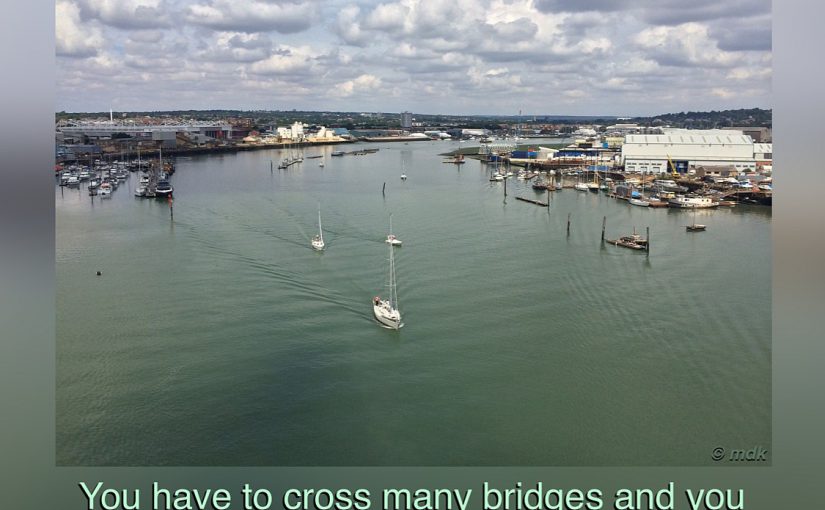 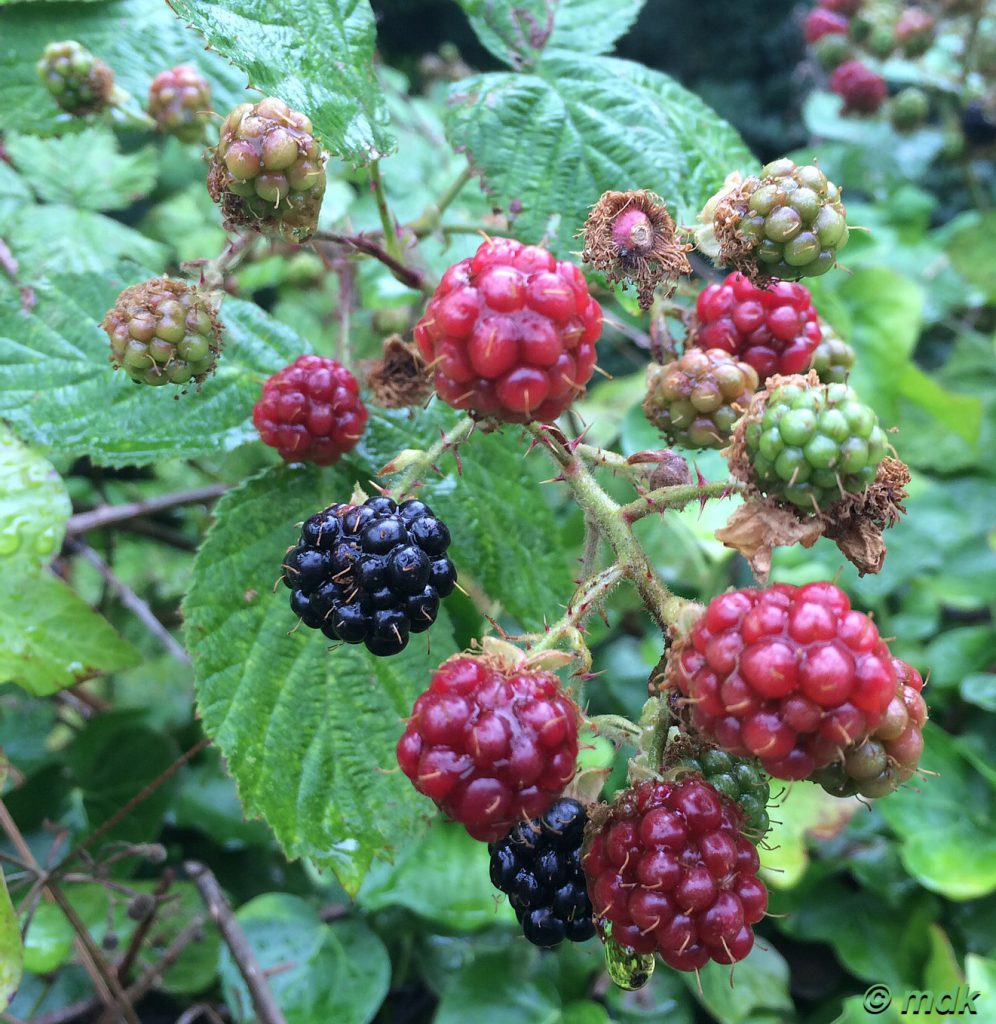 Another hot, muggy Sunday in early August 2014 and with the weather still sweltering, I decided on a short walk, sticking to the river as much as possible. It was time to revisit Commando’s two bridge challenge, otherwise known as my old walk to and from work.

It’s been a little while since I took the river path down at Chessel Bay although, not so long ago, it was my daily walk to work. It’s the only area of natural shoreline at this end of the Itchen, with a woodland path running around the bay between the water and the railway line towards the shore. Unfortunately the path doesn’t actually lead anywhere unless you’re prepared to wade through the mud and risk the tide but you can walk along the river in the opposite direction to the Big Bridge at Northam. 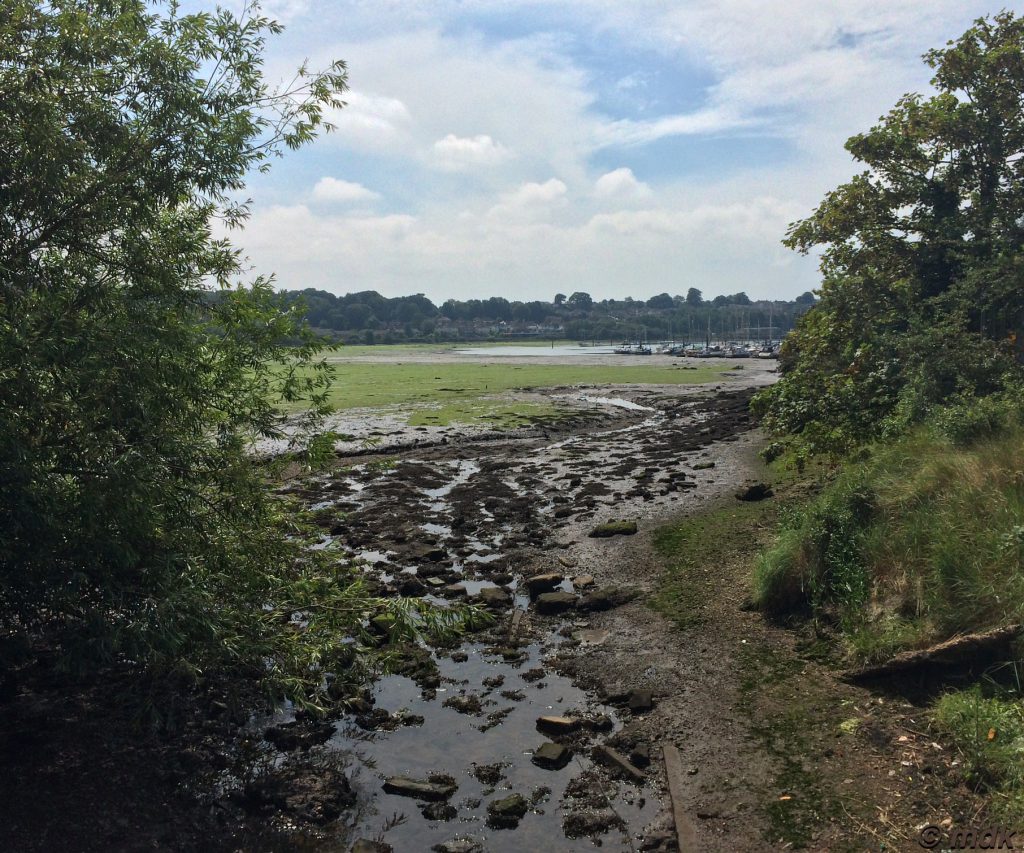 The tide was out so the view from the viewing platform was mostly mudflats and rocks. For once there were no swans although I often saw them there on my morning walks and I even saw the black swan once or twice. Past the viewing platform there’s a small industrial area called Kemps Quay. These are small businesses and, behind them is a little marina. Being Sunday all was quiet and I soon passed by and got back beside the river behind the fancy flats. 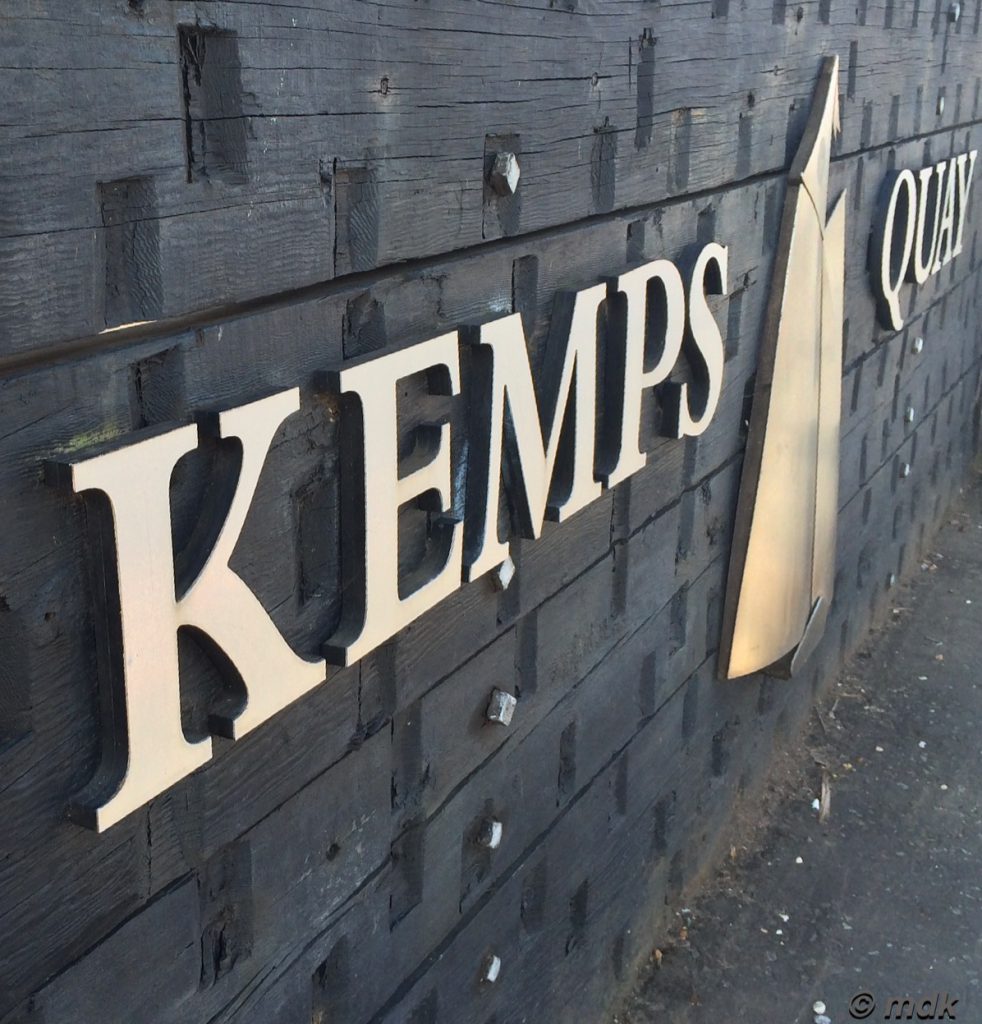 The mudflats are littered with wrecks along this stretch, skeletons of ships big and small in various stages of decomposition. On the opposite bank there’s a huge scrap metal pile alongside a shipyard and other small businesses. It isn’t the best view for the owners of the flats, especially not when the metal is being loaded onto ships. It’s a noisy business as huge machines pick up masses of twisted scrap and drop it into the waiting holds. There have been a few epic fires there too. To make up for it there’s a wealth of wildlife. Oystercatchers, turnstones, curlews, redshanks, dunlins, ringed plovers, herons, kingfishers, sandpipers, green shanks, wagtails and, of course, gulls, ducks and swans can all be seen if you care to take the time. Sadly my phone camera is not up to the job of decent bird photography though. 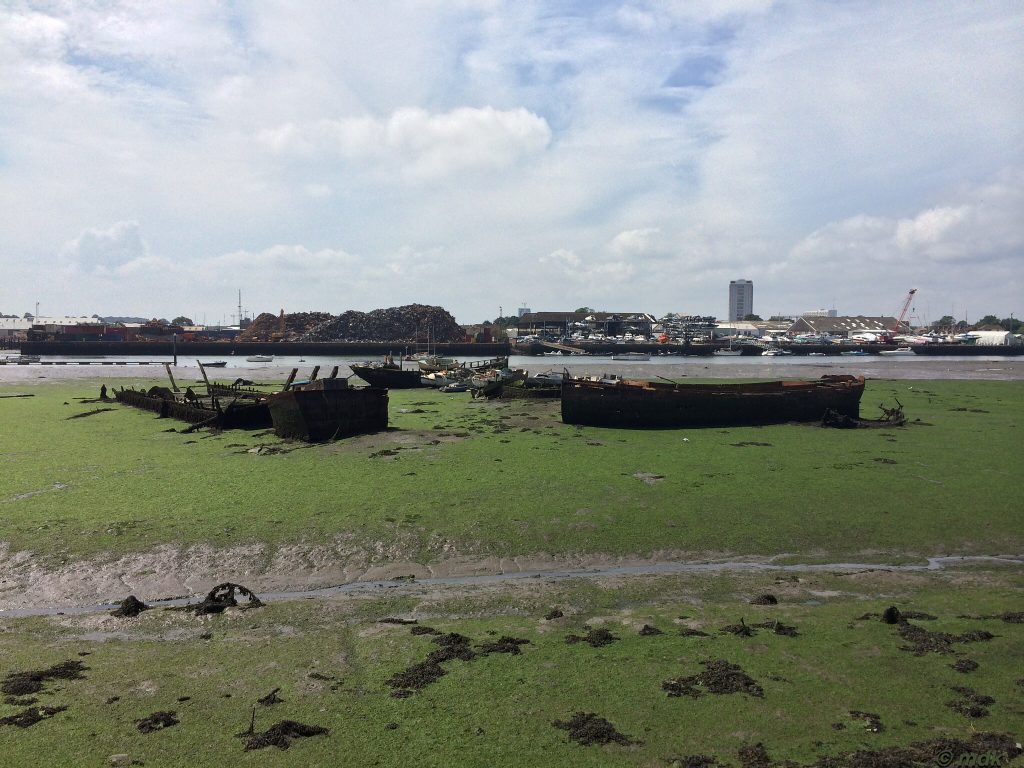 From the embankment leading to the bridge I looked out at the old iron barge that’s been rotting there since goodness knows when. Some may see these decaying hulks as litter but I find them interesting and I wish I knew the story of each one. History is something this area isn’t short of. Bitterne Manor is the site of the original Roman settlement, Clausentum, a small fortified town occupied since around 70 AD. Remains have been found including wharves milestones, coins and the like. These all predate the city of Southampton and, as they make up the outskirts of my own village, could explain my interest in history. 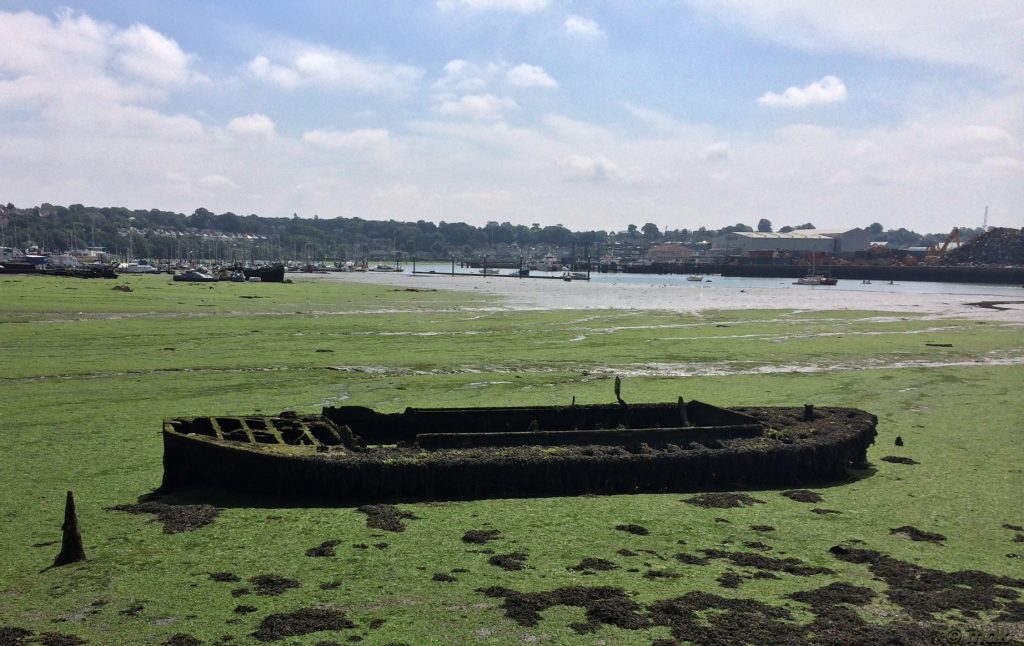 On the other side of the bridge the river is bordered by larger industrial units and the road veers away from the shore line. It was hot and my main focus was on reaching shelter rather than taking pictures. When I came to Chapel Road I decided to take a detour rather than continue along towards bridge number two, the Itchen Bridge, or, as I always think of it, the New Bridge. This was mainly to get some shade although there was half a plan to go and find an iced coffee in town.

The detour took me across the level crossing to St Mary’s Church. St Mary’s is the oldest site of continuous worship in the city, started by Birinus as a mission in 634 AD and refounded by Queen Matilda in the twelfth century. It is the mother church of the city. Of course the church that stands today is mostly nineteenth century, built by Bishop Samuel Wilberforce then rebuilt inside the Victorian shell after being burned out in the blitz of November 30 1940. In 1885 the Saints football team were founded as the church team and the stadium is just a stone’s throw away. 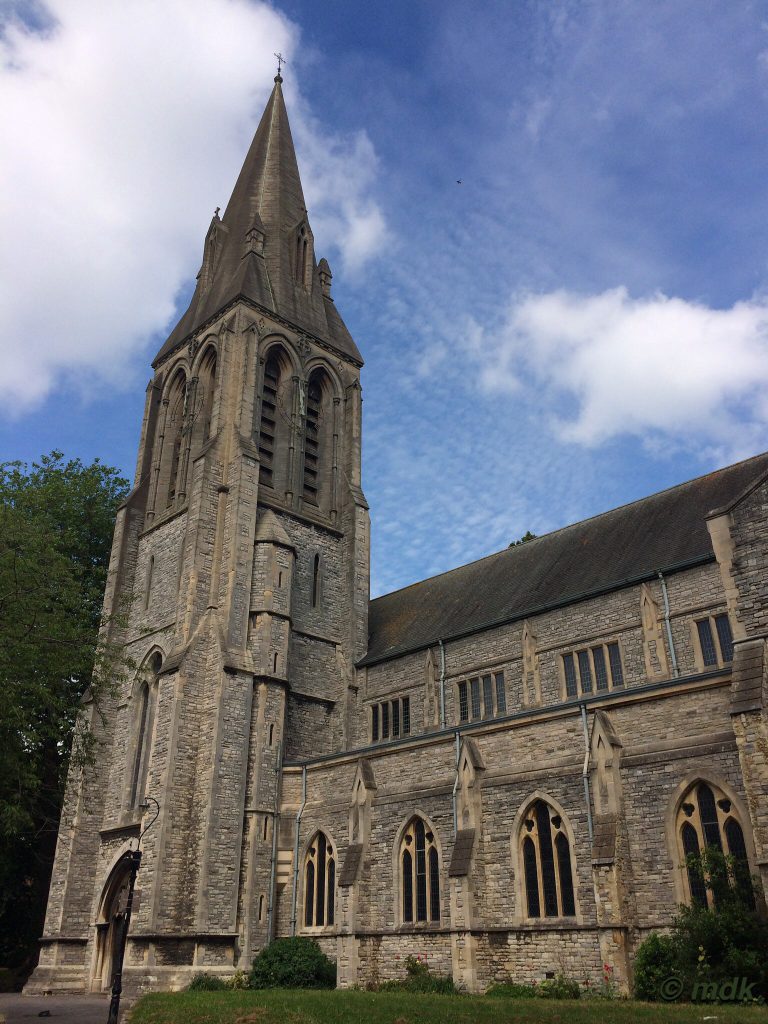 Last May I spent a lunch hour walking round the church and, if you want to know more about it this link will take you to the post. It was cooler in the shade of the trees so I stopped to take a few pictures of the bell tower and the door. When people began turning up for some kind of function I made myself scarce. I’d hate to ruin someone’s wedding or christening photos with my functional walking gear after all. 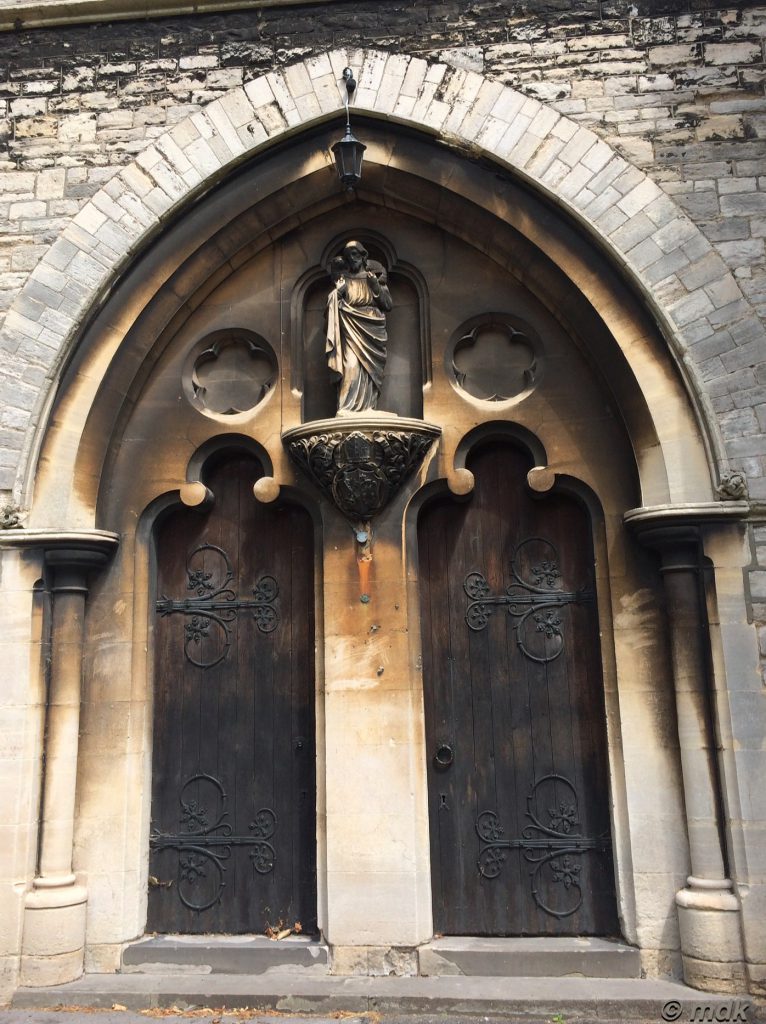 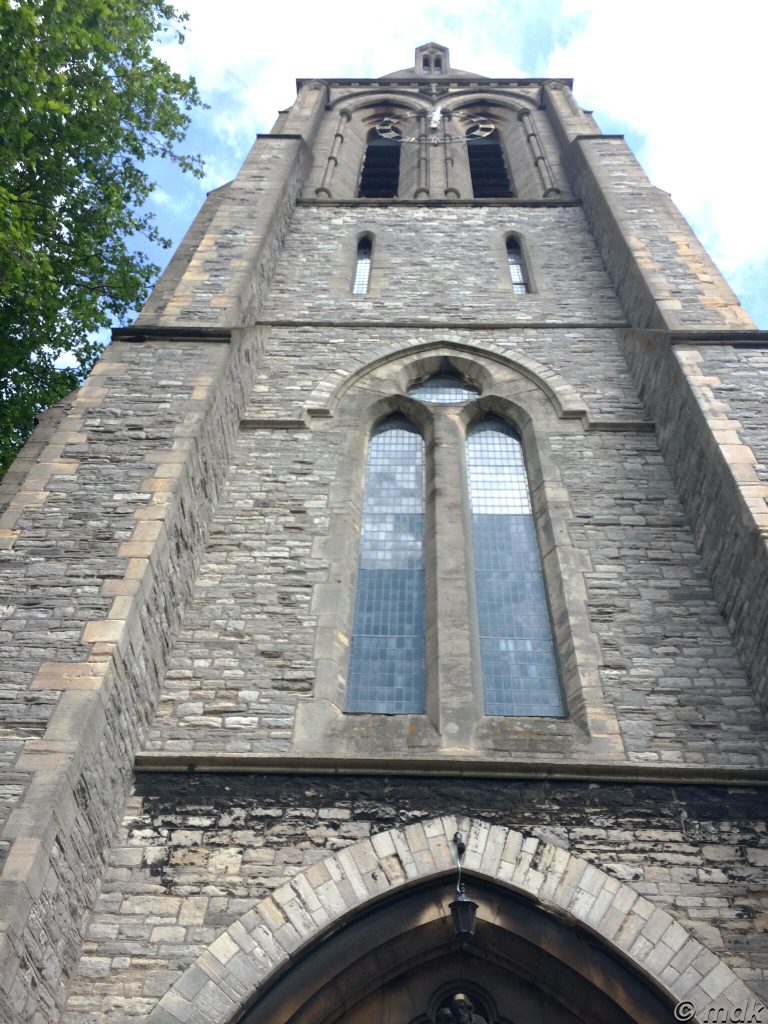 With my mind set on a frappuccino, I turned towards the parks rather than continuing round the corner towards my old office and the bridge. Somewhere between crossing the road and spotting the fairground that has appeared I talked myself out of a high calorie drink and sat on a bench in the shade sipping my water instead. There have been far too many treats of late and you can’t out exercise a bad diet after all. Maybe that good decision will be a turning point. 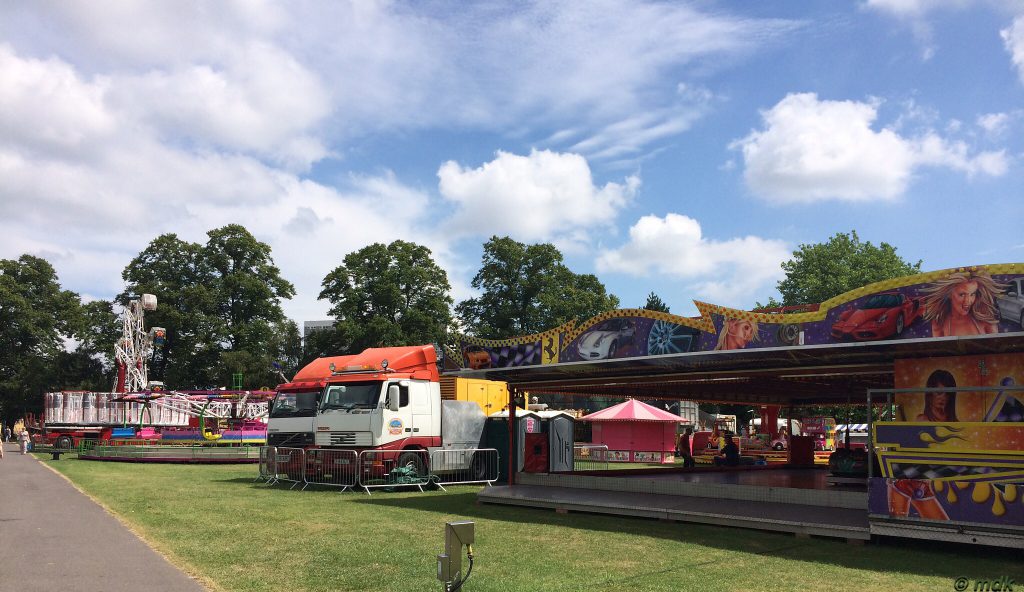 Feeling slightly refreshed and quite virtuous, I set off back towards the second of my two bridges. The route was all too familiar. How many times have I walked this way on my way back to work at lunchtime? I half expected to bump into Alice or Rose as I peered through the bars of the demolition site we’d all watched with interest from the penthouse suite. 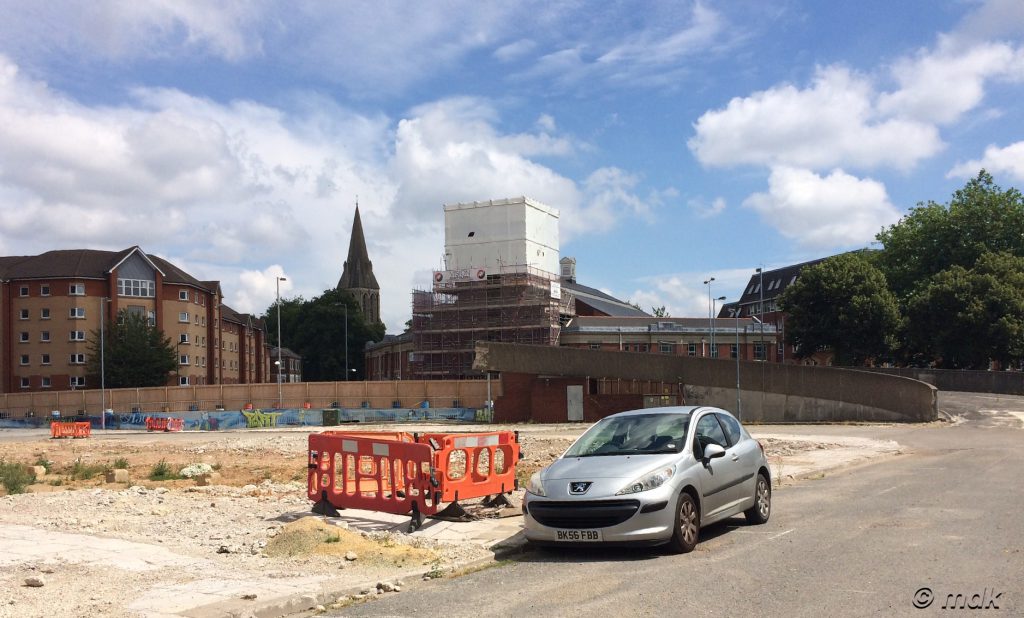 Across the road I felt quite melancholy looking at the empty car park and remembering Arabella’s little red car parked there, the sign of a manic day ahead. It was hard to walk past the sign to reception and see the company name still written on it. Nostalgia for those sunset views and days filled with the madness of entertainers, refurbishments, films, magazines, carpet samples and goodness knows what else washed over me. This is a walk back in time I should probably avoid, at least until the emotion is a little less raw. If only I could get my traitorous feet to stop leading me there when my brain isn’t paying attention. 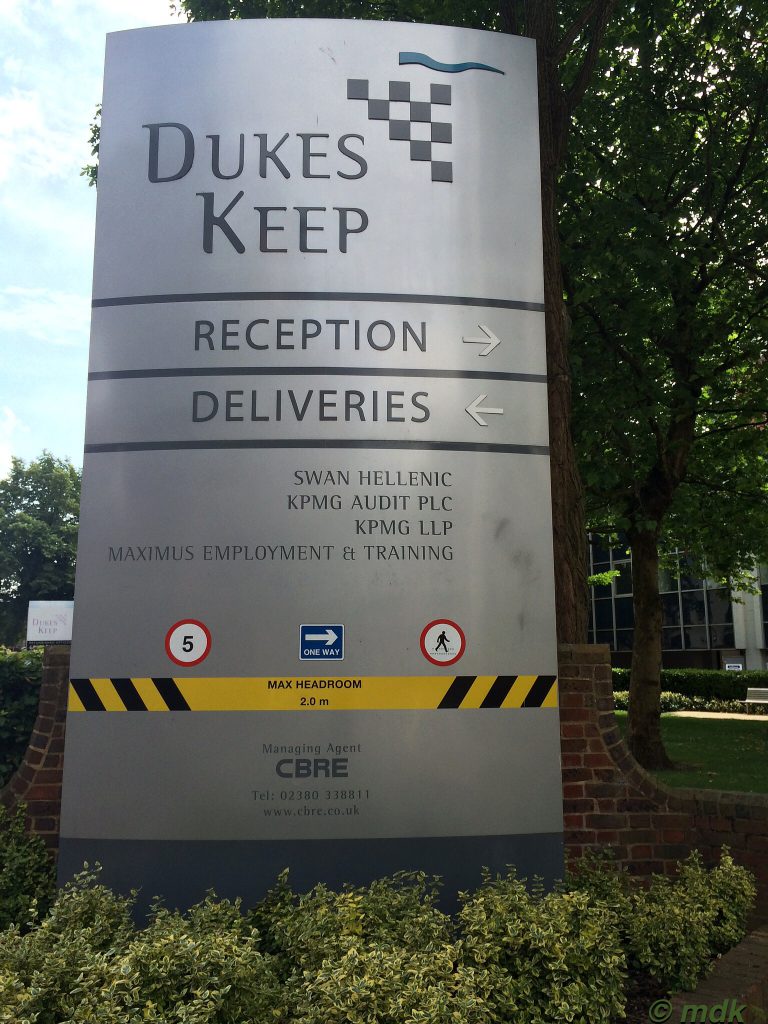 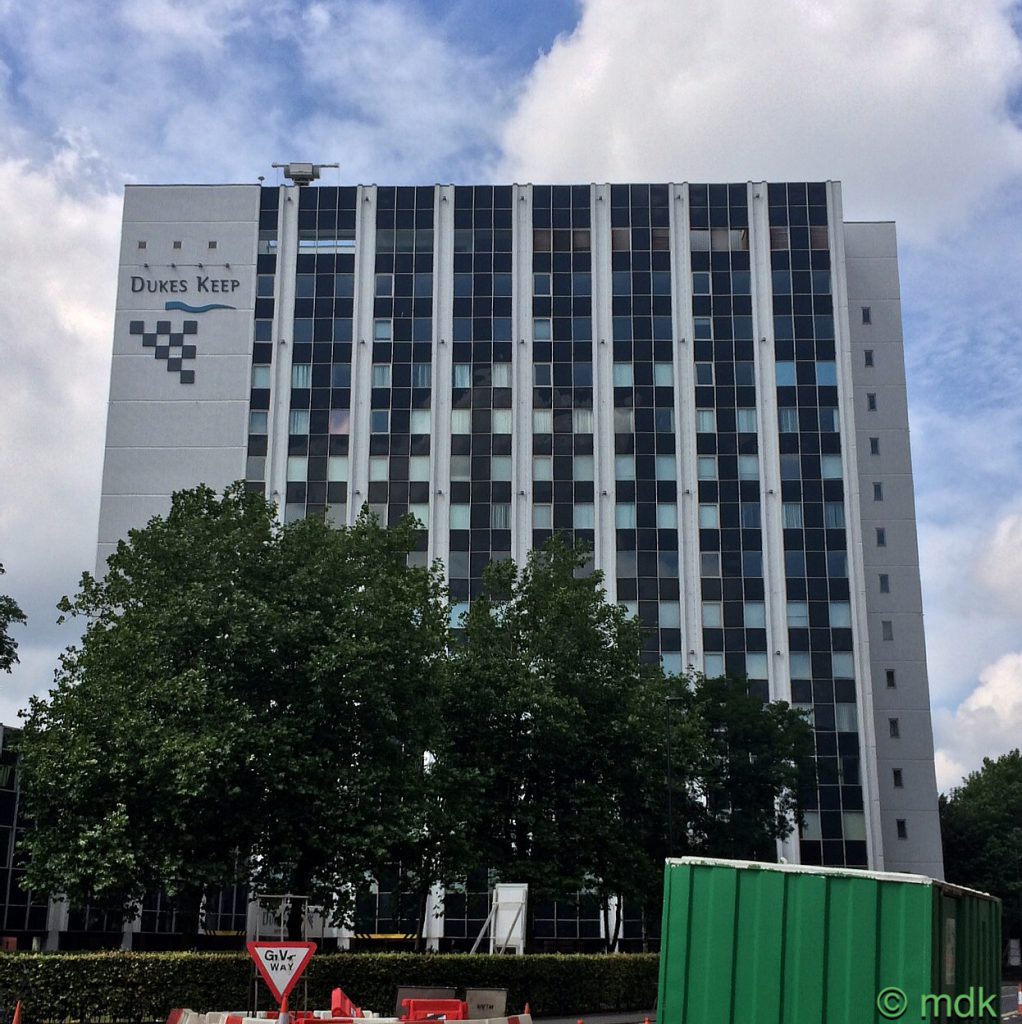 Central Bridge is still closed for repairs, although I couldn’t see any actual work going on. Given the major traffic disruption this work is causing you’d think the council would have people working on it twenty four seven but what do I know? When it’s all finished I will come back and tell you all about this historic bridge but it looks like it’s going to be quite a while. 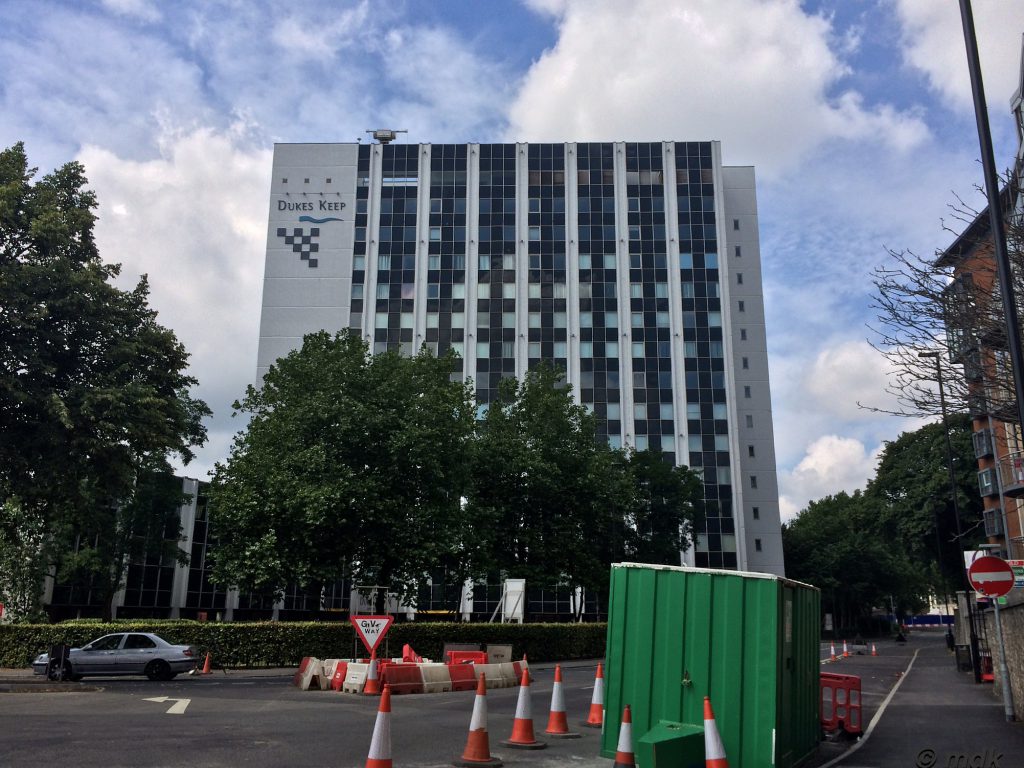 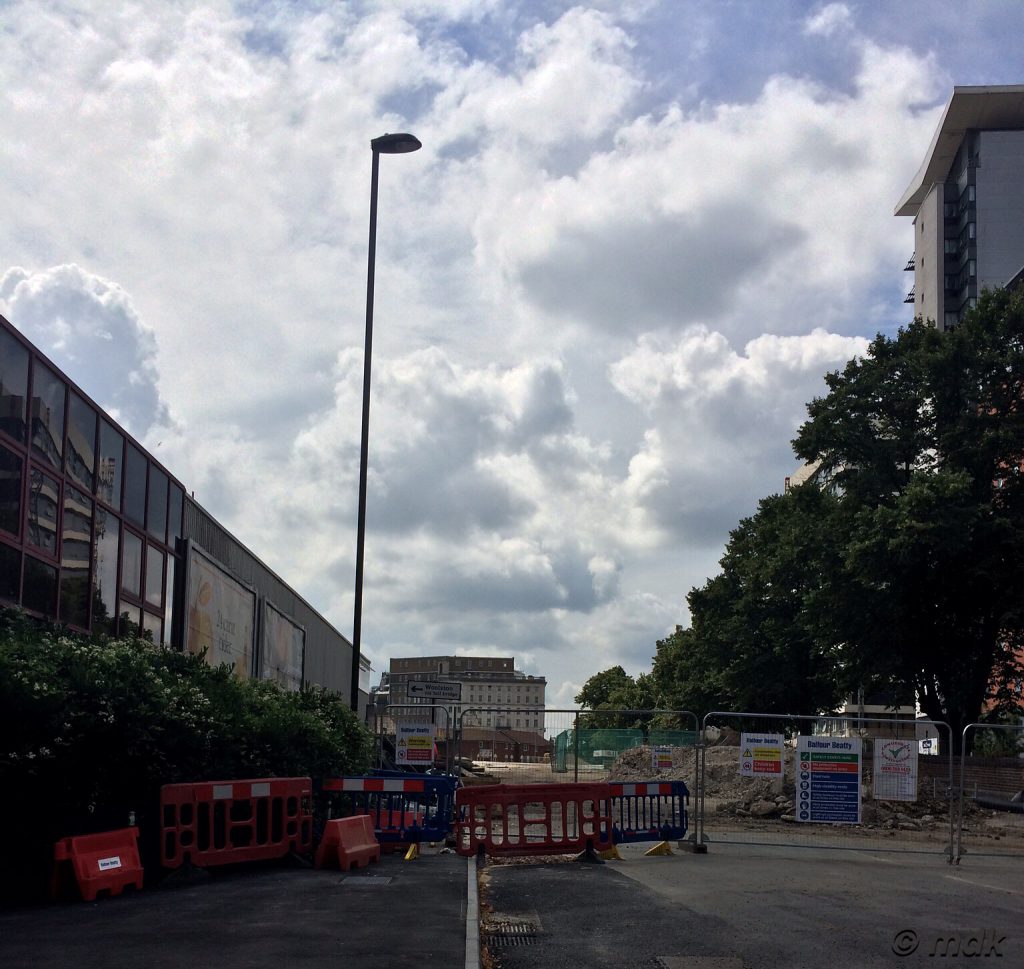 Walking towards the Itchen Bridge I was looking forward to a bit of breeze to cool me down. Sadly, once I’d climbed the steps there wasn’t enough air moving to blow out a match never mind cool me down. Being so high it’s usually pretty breezy, in fact I’ve almost been blown off my feet a few times. The only thing moving the water were the wakes of all the little boats going under the bridge. Right then I’d have quite liked to be down there on the water with them with the spray in my face, not that I’ve ever been a sailor. 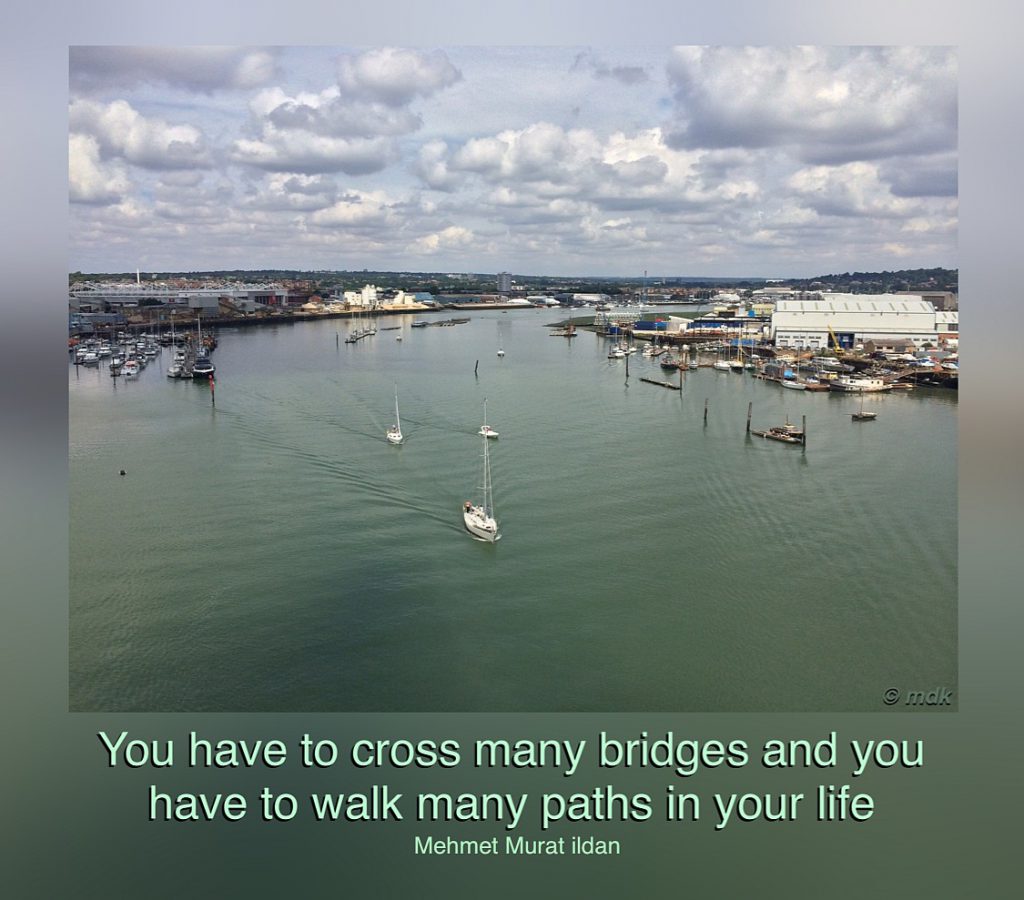 Once I’d crossed the bridge there was at least a little shade as I crossed the green. A fritillary butterfly teased me all along the path but didn’t stay still long enough for a photo. By this time my water was running out and I was eaking it out sip by sip. It took my attention away from the flowers in the gardens I passed which might otherwise have turned into pictures. The last bit of shade was the little common right at the top of the hill where I drank the last drops of water knowing I’d soon be home. 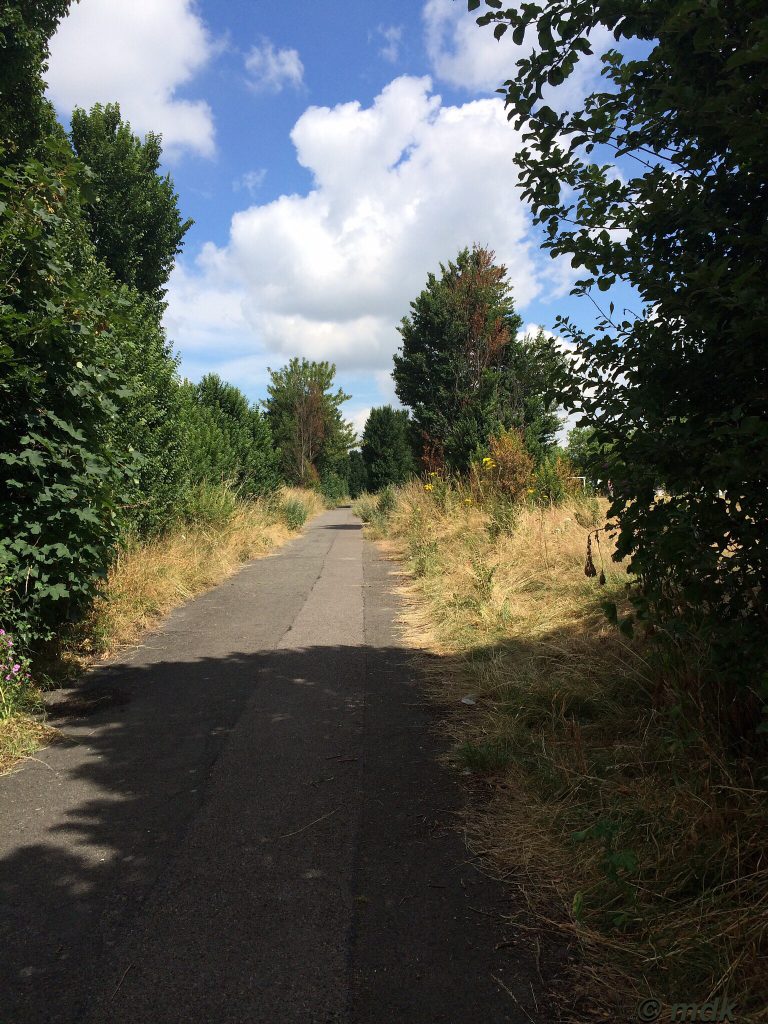 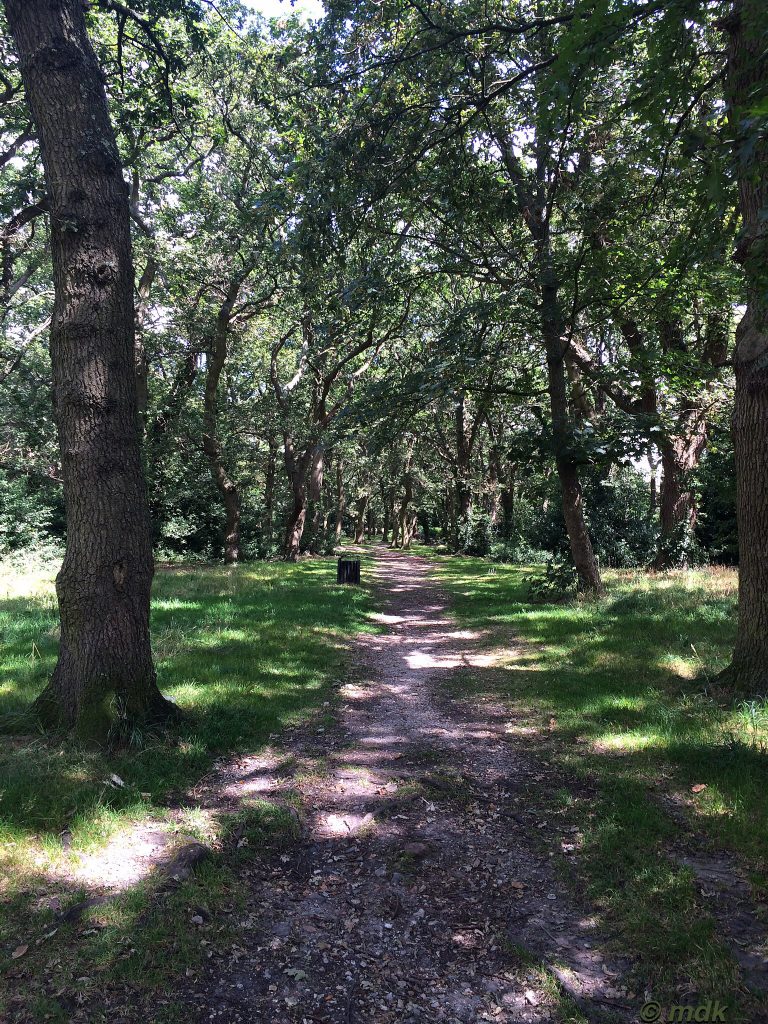 Far be it for me to complain about a warm sunny day. Goodness knows we get few enough of them here in England. They do cut back on the walking distance though and a walk can only be as long as the amount of water you can carry. Maybe I should think about taking two water bottles with me next time and perhaps I could buy a parasol or would that just look silly? Still, six miles is better than none. 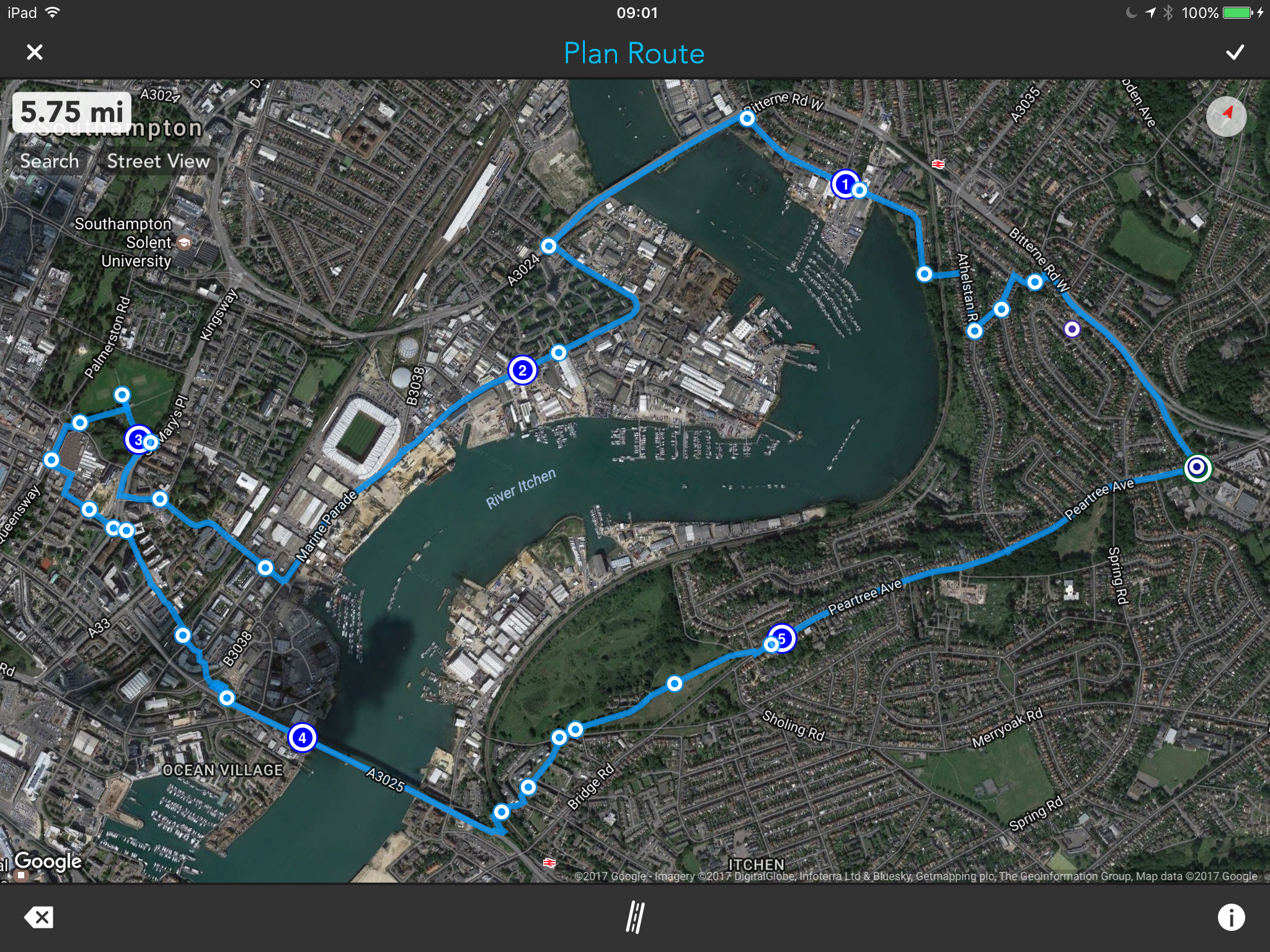