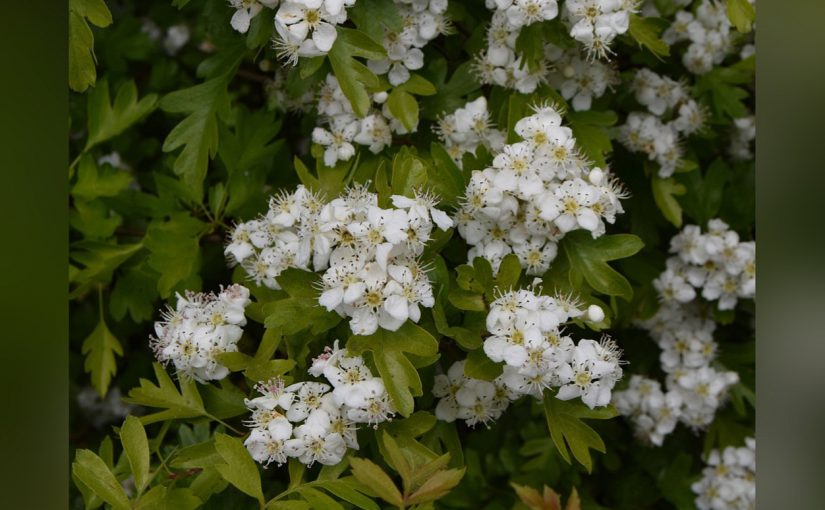 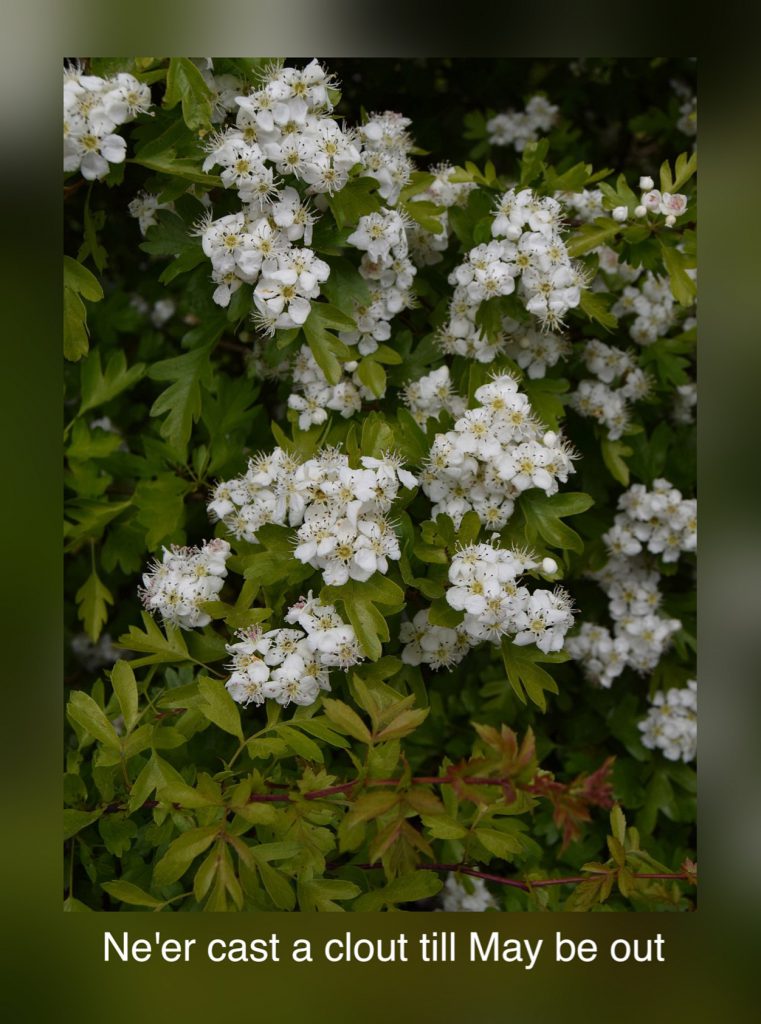 Reluctantly we’d left the cool green shade of Monks Brook. We crossed the road by the Swaythling railway arch and, for a moment or two, I dithered, torn between walking through Monks Brook Meadows or the less scenic but more direct route along Wide Lane. In the end I thought about my recovering knee and the distance we’d be covering and decided on short and less sweet. The first hawthorn flowers of spring spilling over a garden wall seemed to be a sign I’d made the right decision.

This was the route I took on all my Moonwalk training walks so I know it well. Back then I didn’t know about the alternate route through Monks Brook Meadows and this was always my least favourite part of the walk. In those days the huge Ford Factory was open and the road was often busy with workers coming and going. Although the factory closed in 2013 and they’ve been pulling it down for ages, it was a shock to see it almost completely demolished.

Considering its history it’s quite sad to see it disappear. The original factory was opened in 1939 to assemble aircraft parts for the Cunliffe-Owen Aircraft company. It was used to produce parts for Spitfires during World War II and was bombed several times. In 1949 Briggs Motor Bodies bought the factory and began to build bodies for Ford vehicles. Four years later Ford bought out the company and concentrated on building truck bodies. By the mid 1960’s Ford Transit bodies were being built and, by 1972, whole transit vans were produced. Four and a half thousand men worked there, some for their whole working lives. The closure of the factory was a terrible blow to the area. Hopefully the new industrial park now being built will bring a few much needed jobs. 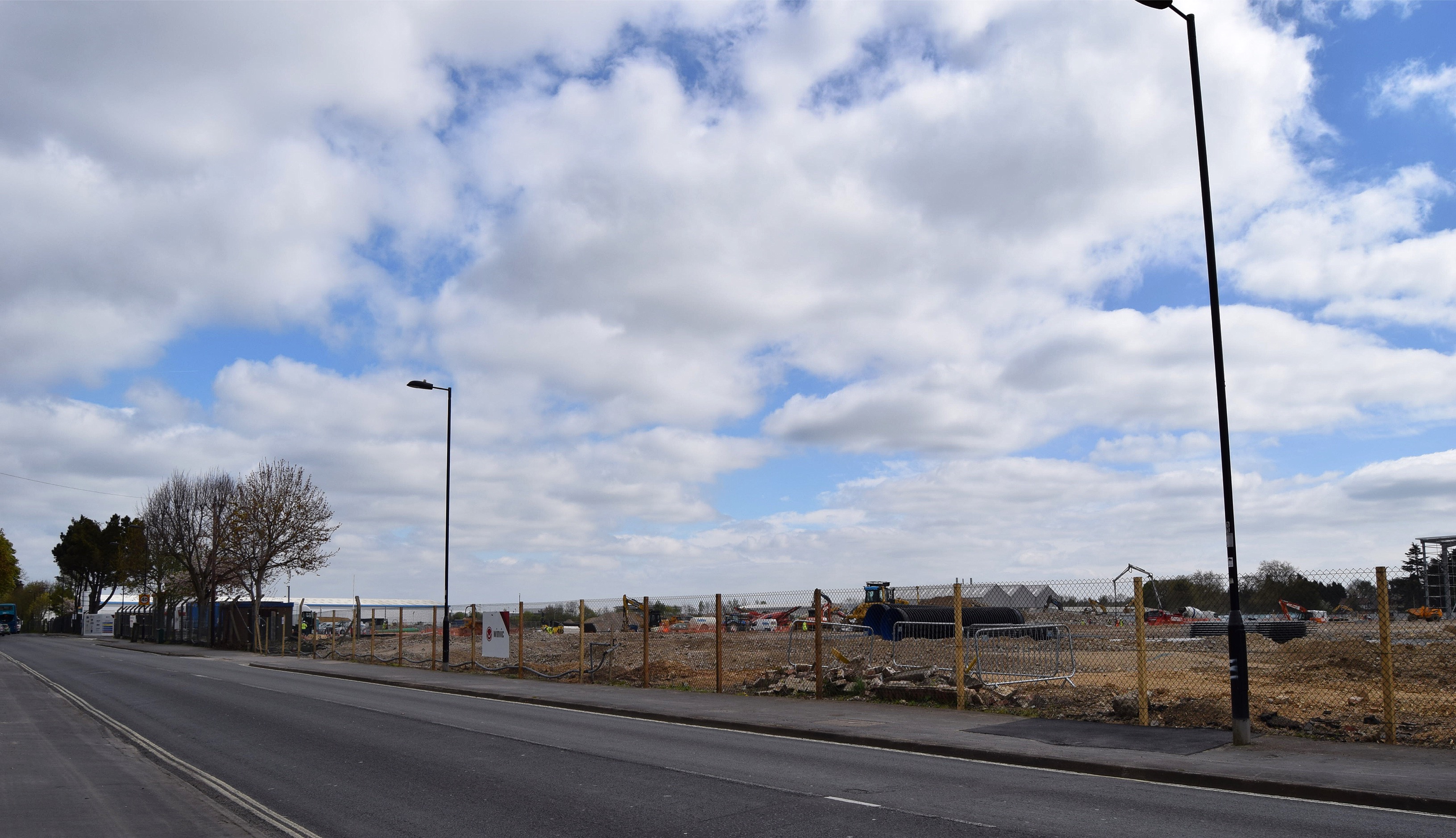 Under the motorway bridge the scale model Spitfire in the middle of the roundabout was a reminder of the Ford Factory’s previous incarnation and of the first ever Spitfire flight from the airport just beyond it. Although it is called Southampton Airport, technically, this is actually the Southampton Eastleigh border. There have been calls for a similar monument to this iconic plane to be built in Southampton. As we waited to cross the road we looked at the plane and talked about where such a thing could be put. 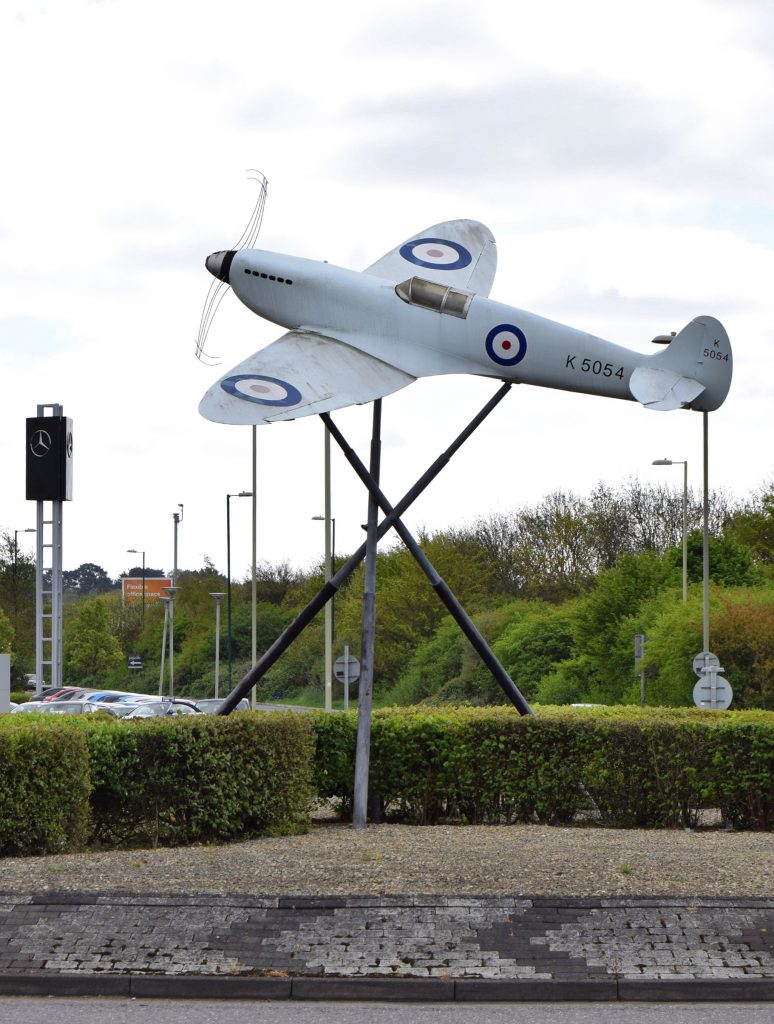 The current suggestion from our wonderful politicians is to site it in Mayflower Park. CJ and I both felt Woolston, where the planes were first built, would be a better option. I’m sure the Itchen Spitfires would welcome it there but neither of us could really think where there would be space for it. It does seem there should be something in the heart of the city to celebrate the Spitfire though. 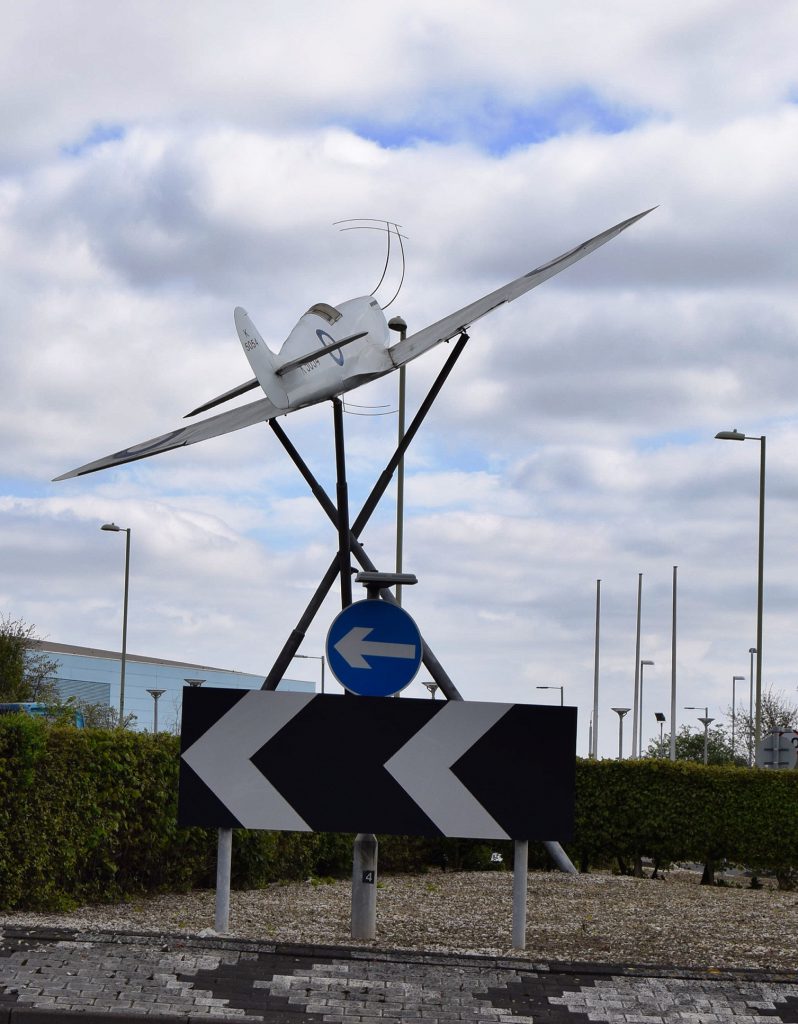 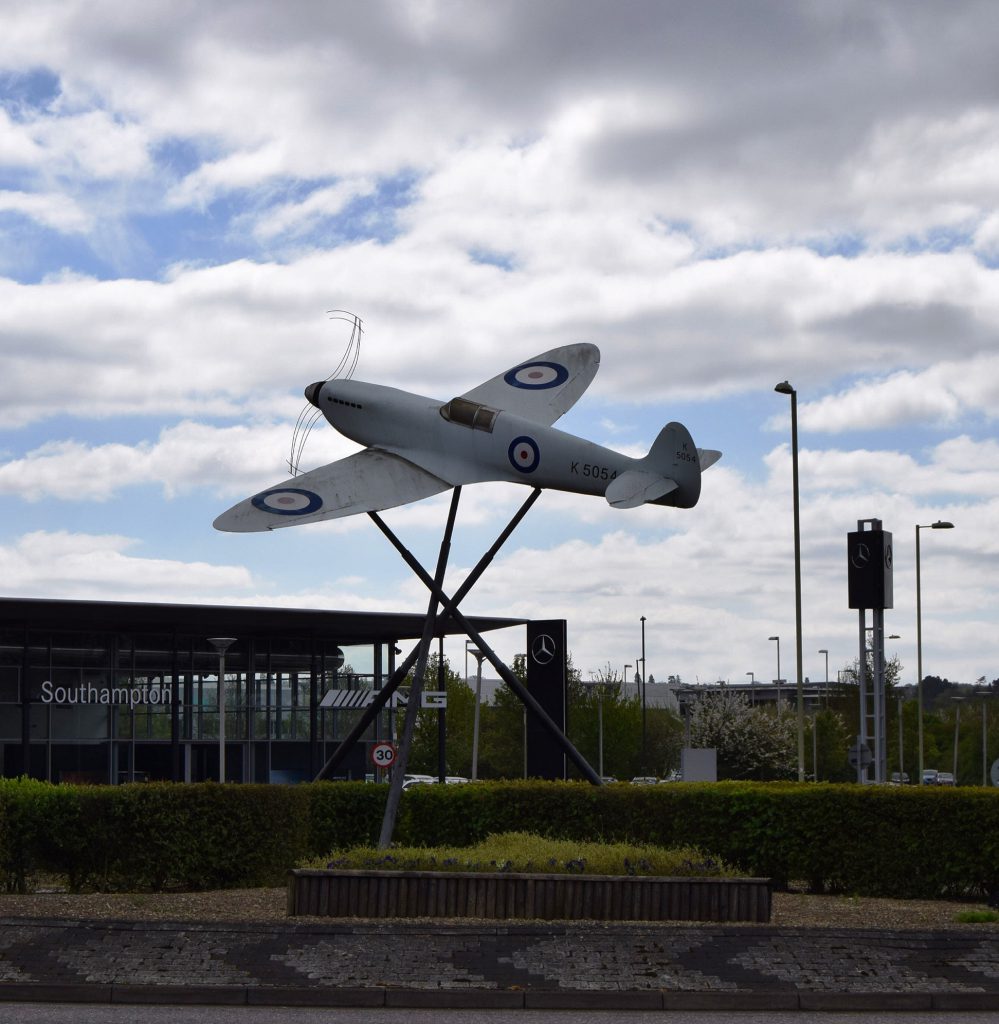 Talking about this ate up the last half mile or so between the roundabout and Lakeside Country Park. We were about to turn off onto Doncaster Drive and head into the park when I happened to glance through the fence of the University Sports Ground. A wild rabbit was sitting in the brambles and weeds just the other side of the wire looking right at me. He was so close I could have stroked him if the fence hadn’t been there and frozen in fear at being spotted. Slowly I lifted my camera, not very hopeful because I knew the fence between us would make it difficult to focus on him. As soon as I broke eye contact though, he was off and all I got was his retreating back and his cotton wool tail. 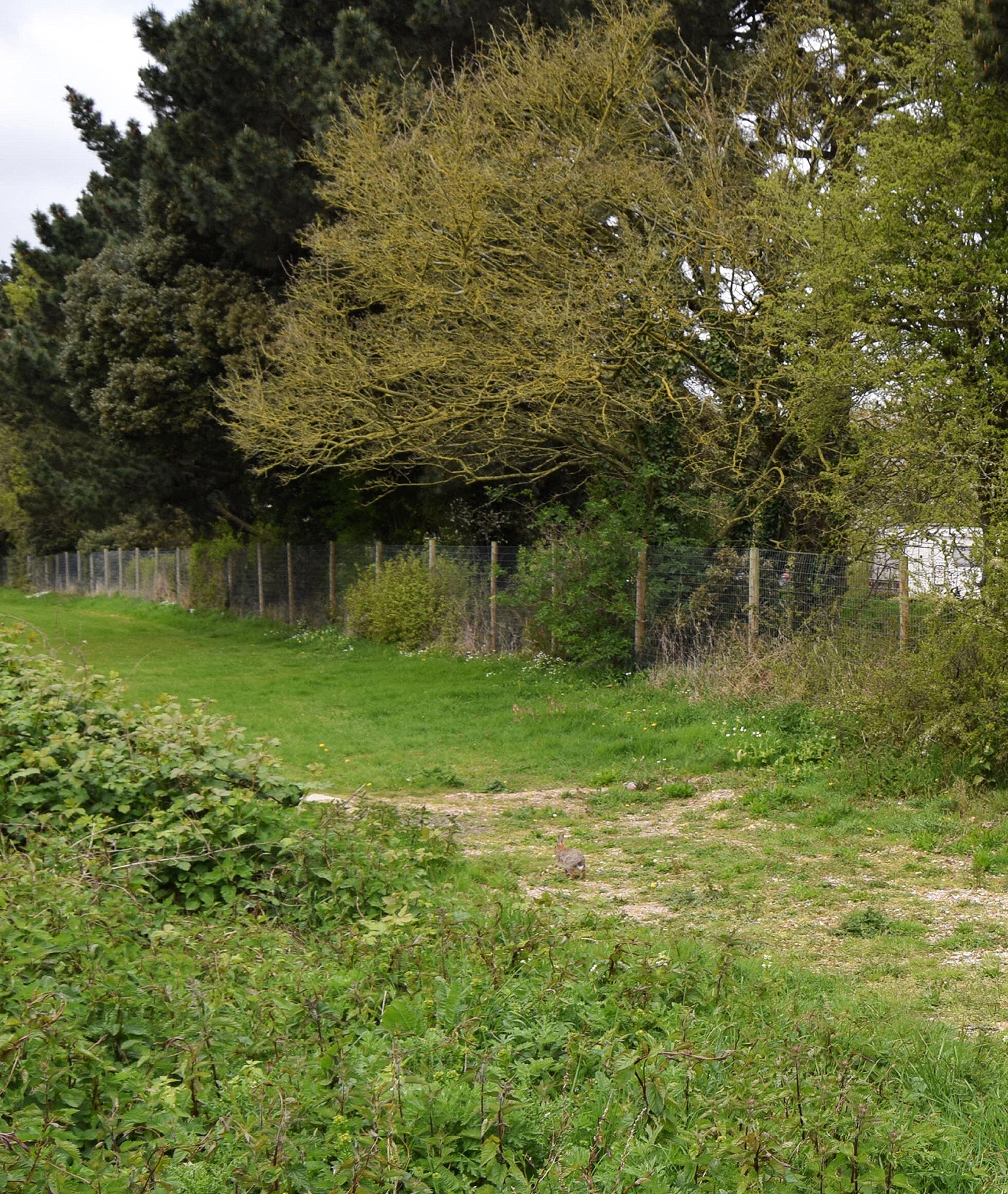 This is not the first time I’ve seen a rabbit around Lakeside. It’s also not the first time I’ve failed dismally at getting a clear picture of one. We walked towards the lakes talking about rabbits and their sense of self preservation.
“It’s a good job we’re not living in the wild and depending on him for our dinner,” CJ laughed.
“That is probably why rabbits have evolved to be so good at hopping off and disappearing,” I said. “All those previous generations who were avoiding guns rather than cameras have made them wary of humans.”

There wasn’t a great deal of time for exploring the lakes today. We were just passing through on our present delivering mission. We did stop off at the new visitor centre to use the sparkly new toilets and to note that the cafe, if that’s what it will be, has still not opened. Then we walked around the back of the lakes towards the allotments. Even so, there was a quick stop to look at the cowslips and peer between the trees at the pretty wooden bridge between the lakes. 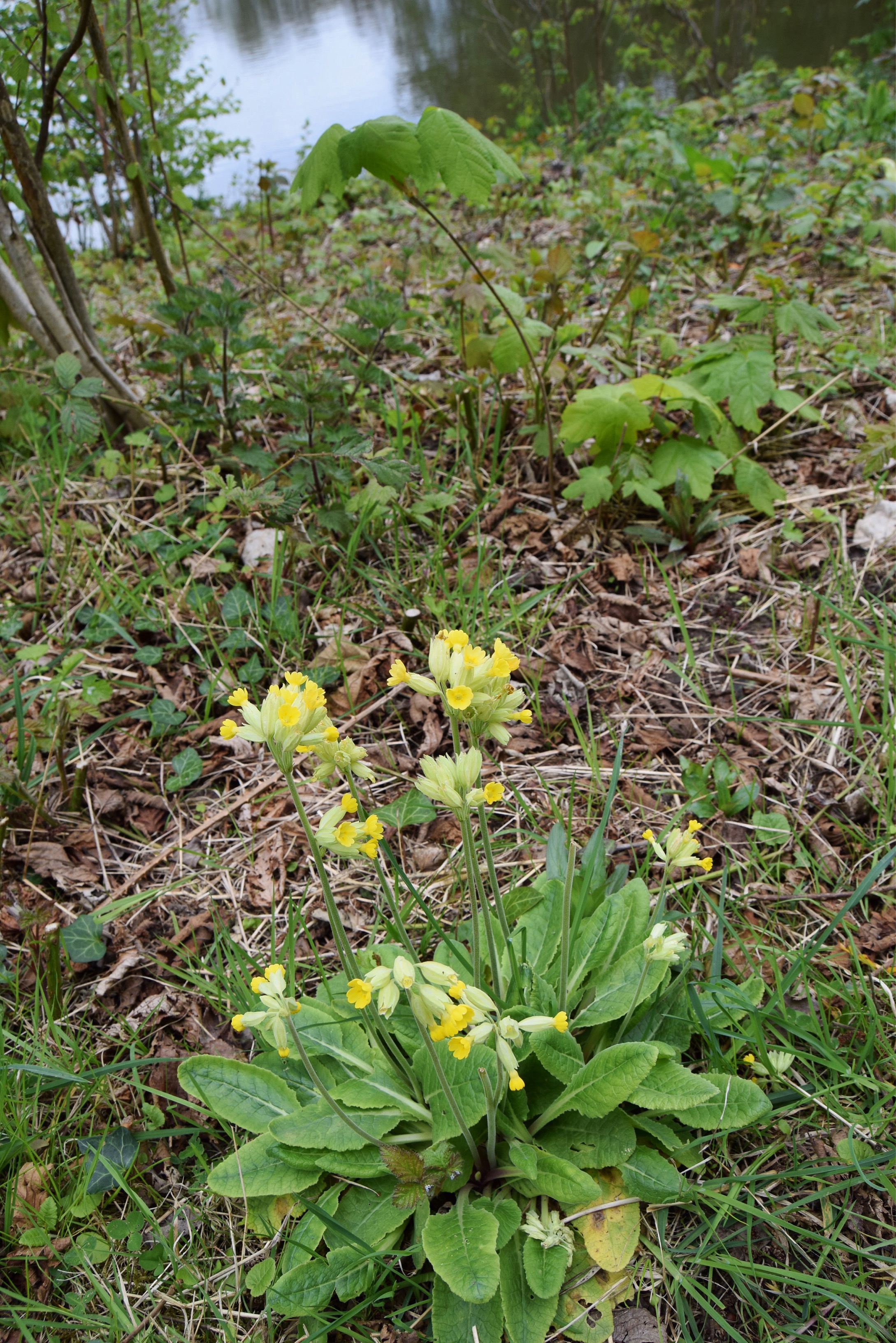 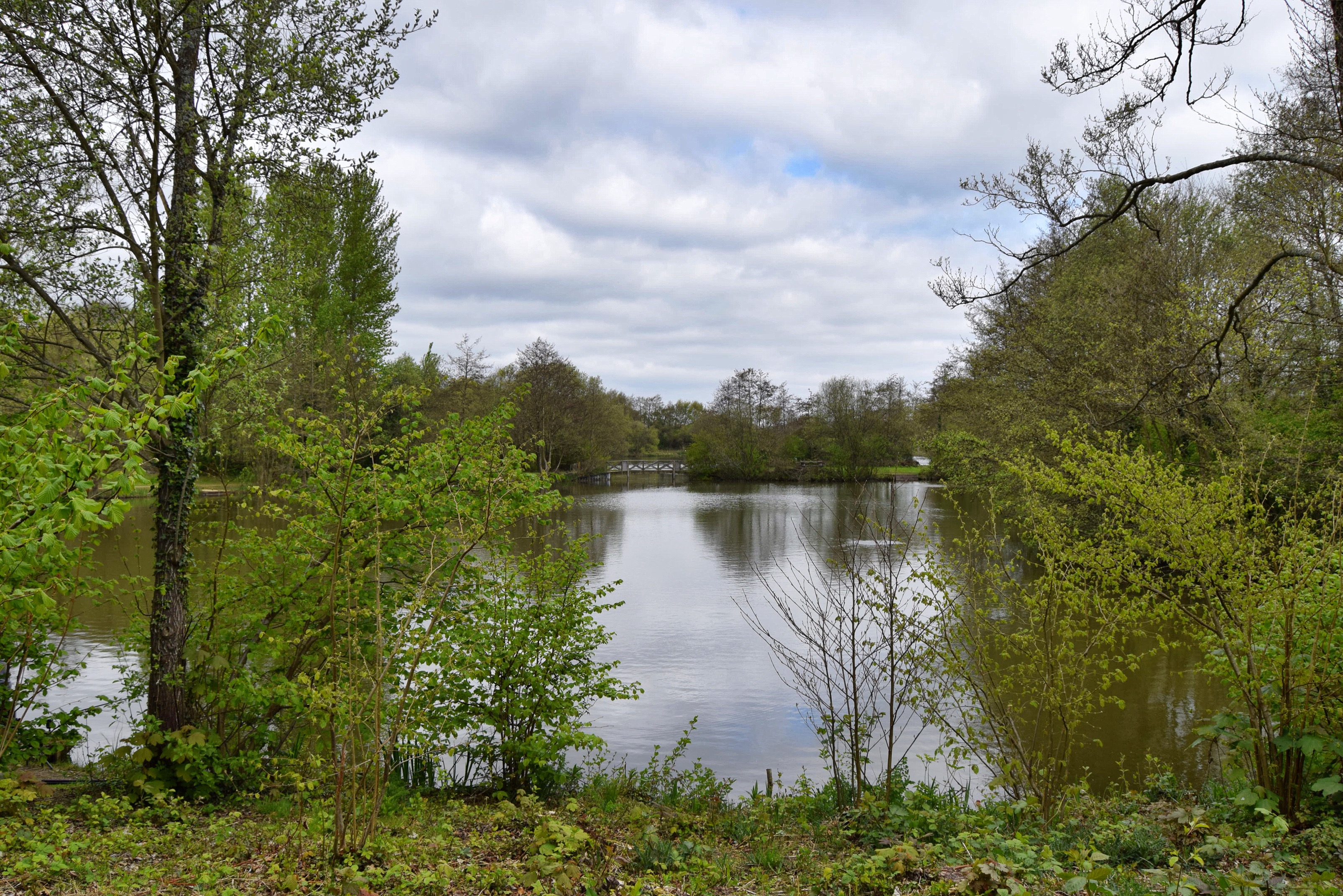 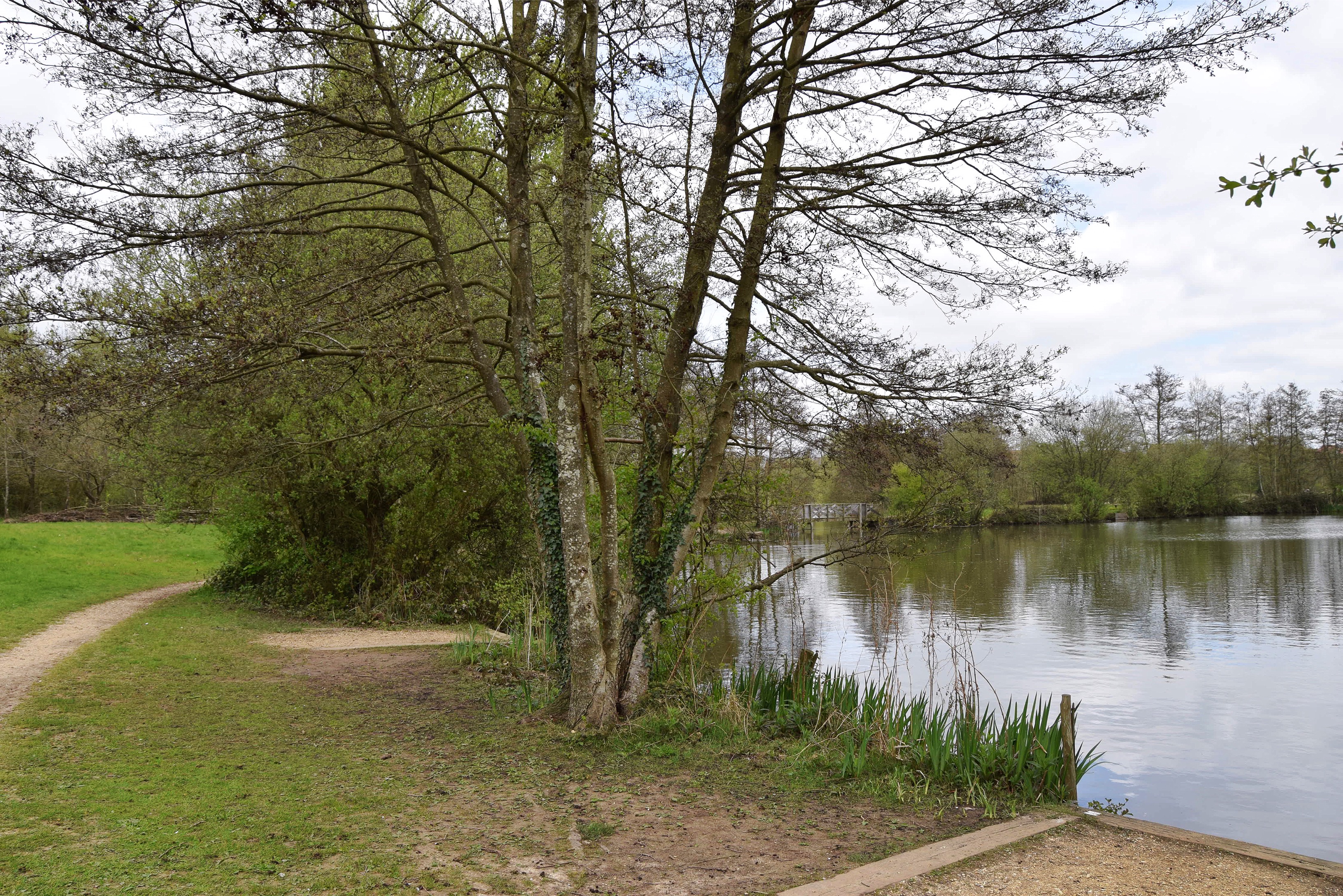 It was odd to see so few people about. Even on a week day there are usually fishermen lining the banks here but today the place was almost empty. It wasn’t only humans who were missing either. The first Lake we passed has an island in the middle and there are usually swans, ducks and geese. There were none today.
“Maybe they’re on the island nesting,” I said.
Tempting as it was to stand on the bridge and stare at the tree filled island in the hope of seeing signs of nesting birds, we passed it by. 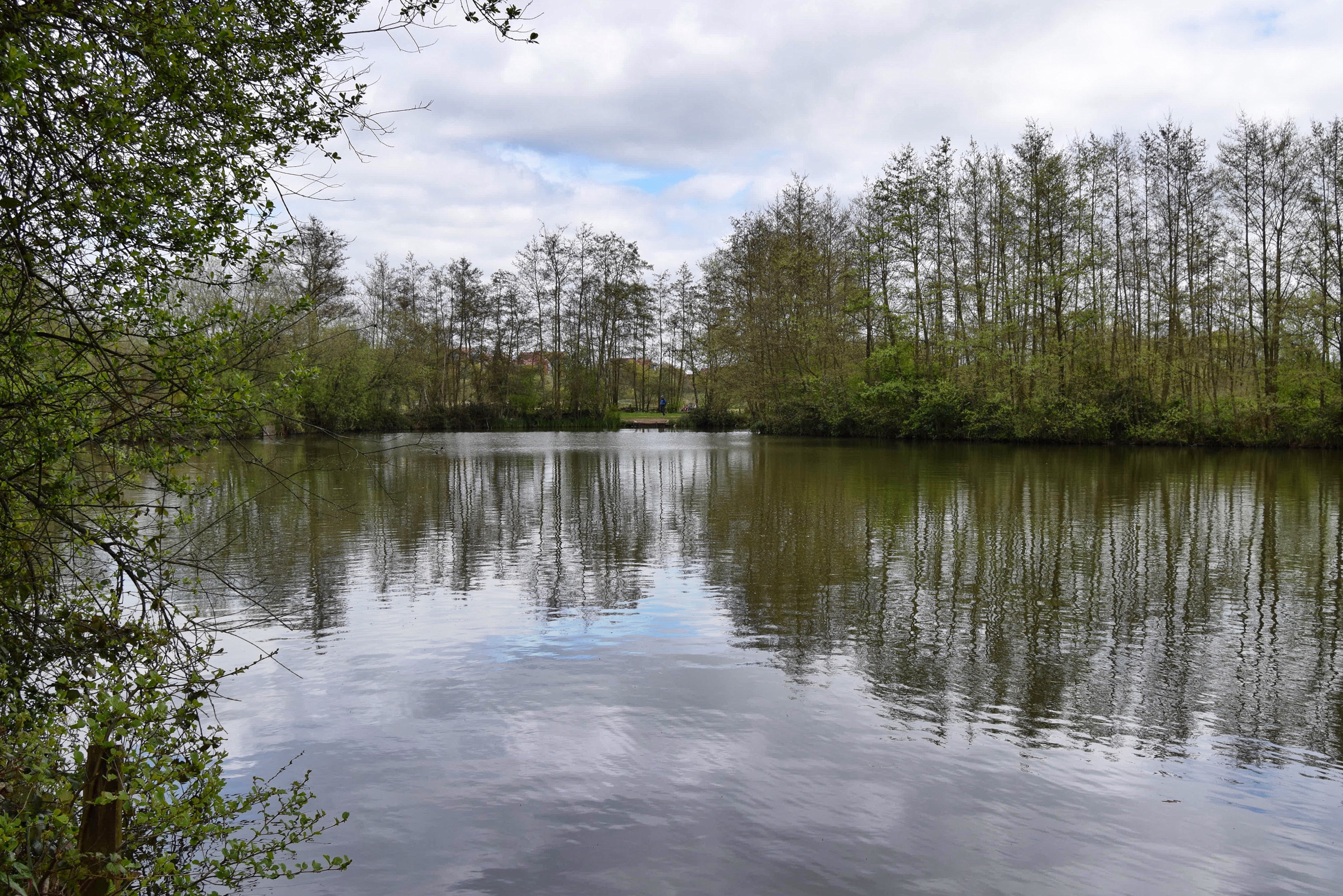 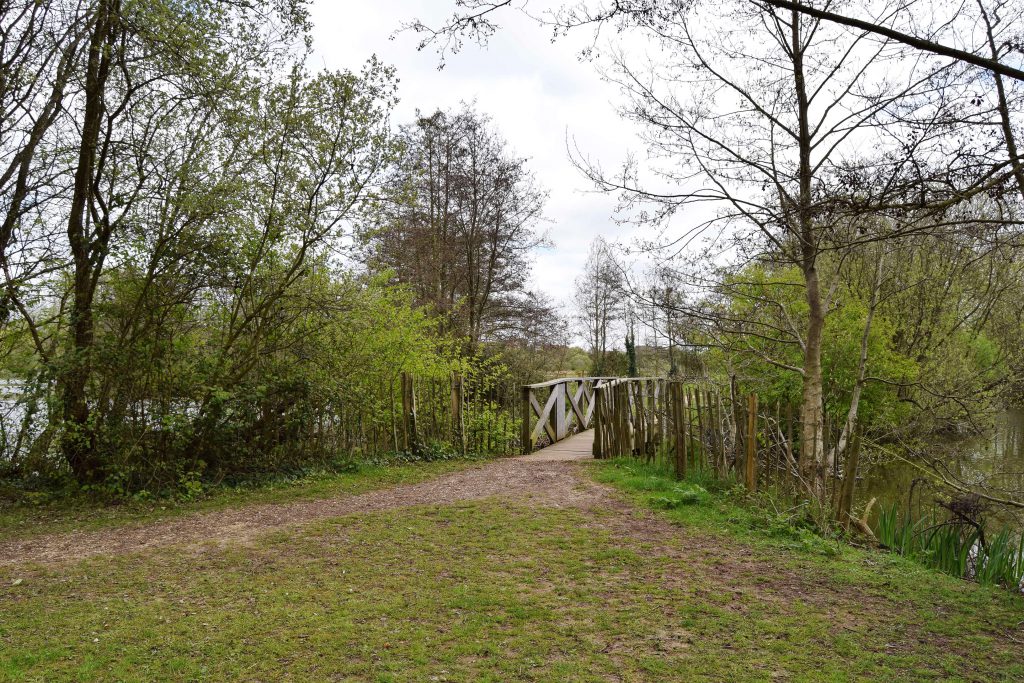 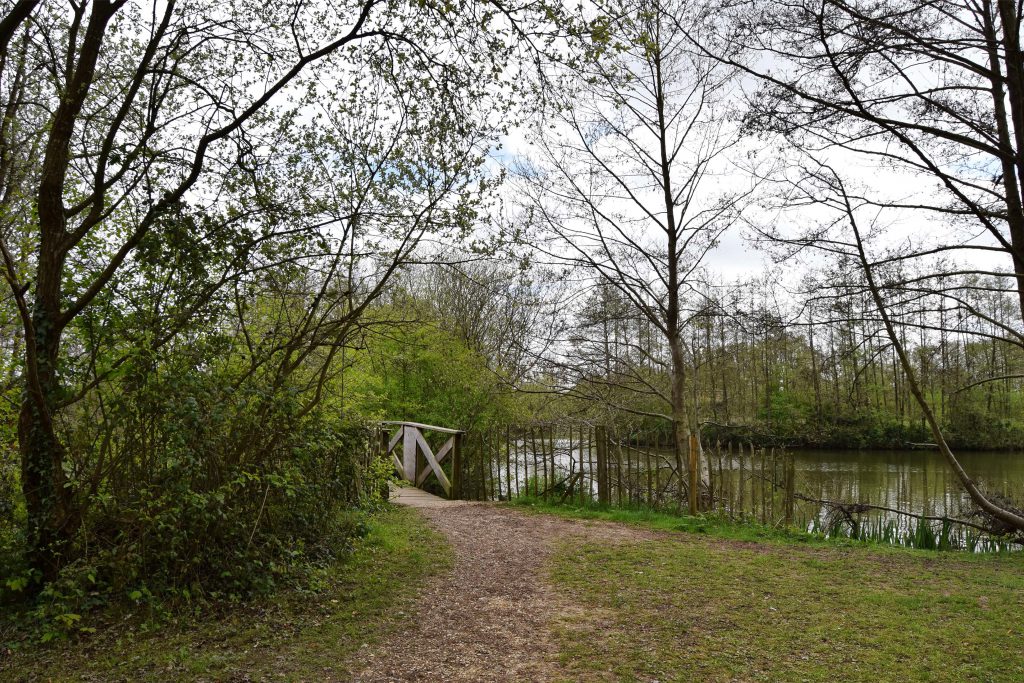 On the opposite bank of the next Lake there was a lone fishermen huddled in a tent. On the water a heron of some kind (at least I think it was a heron. Despite my father’s love of birds I’m hopeless at identifying them) was competing with him for fish. We stood watching him dive beneath the surface. He stayed under the water for an impossibly long time then surprised us by appearing again in a different place. Then another heron appeared but the trees and their constant diving meant I couldn’t get a shot of both together. We wasted a lot of time watching and trying to capture them but eventually gave up and left them to it. 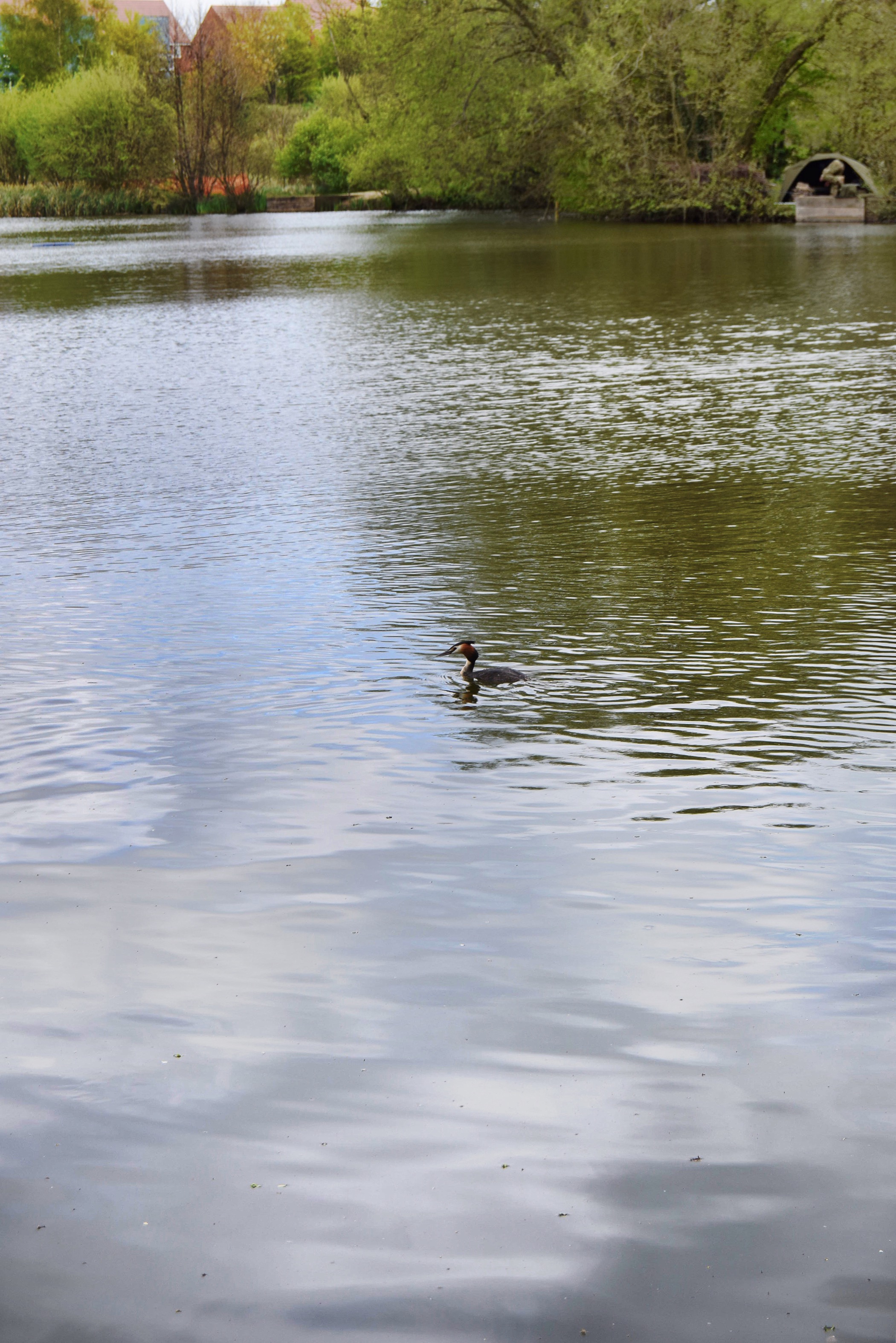 Walking on I noticed an orange mesh barrier on the other side of the lake.
“There were swans nesting there last year,” I told CJ, “or maybe it was the year before, I’m not sure. They were right next to the fishing platform. Maybe they’re nesting there again now and they’ve cordoned the area off to stop people disturbing them?”
We stood and peered at the reeds, hoping to see signs of a nest but all we saw were a pair of Canada Geese on the water. 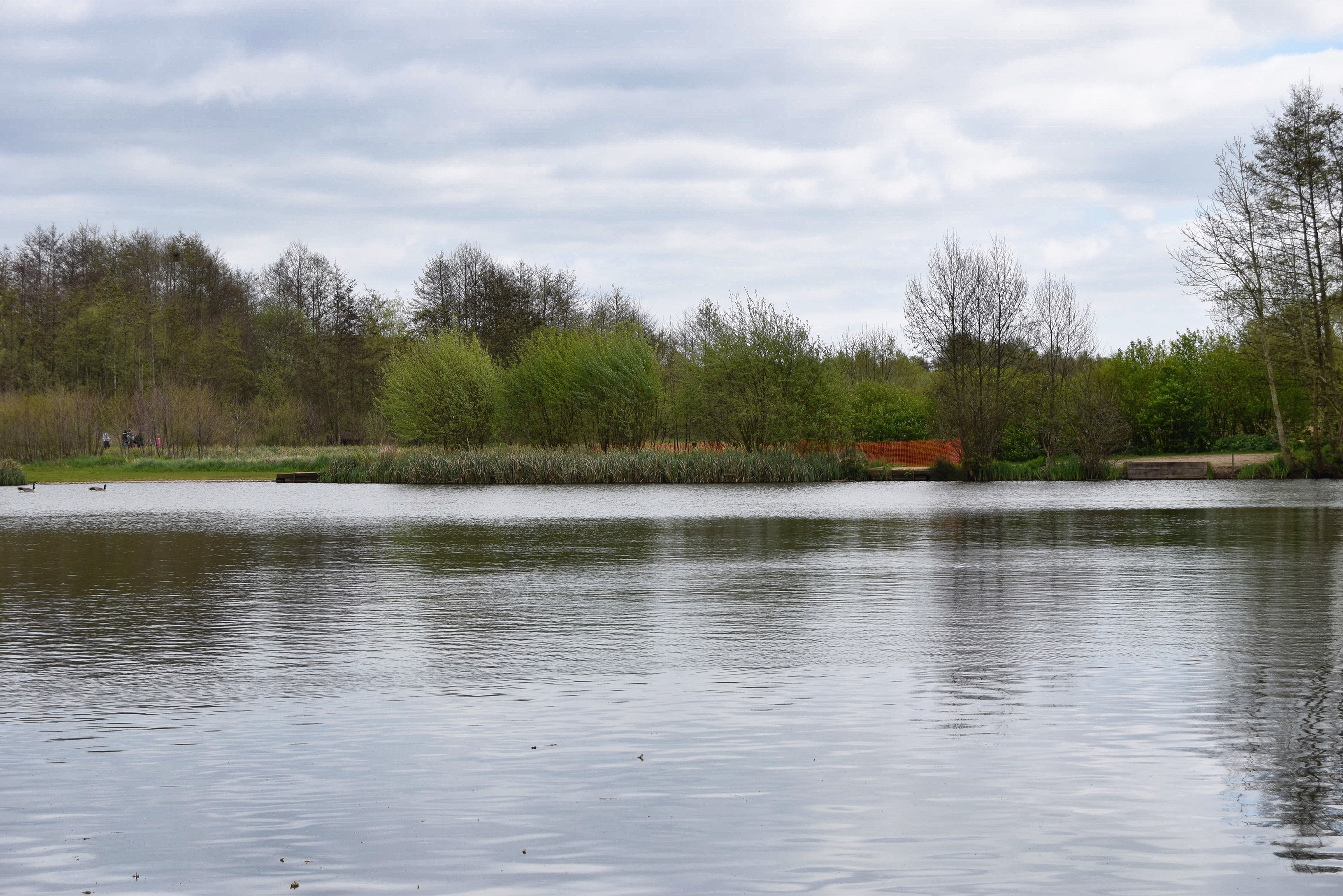 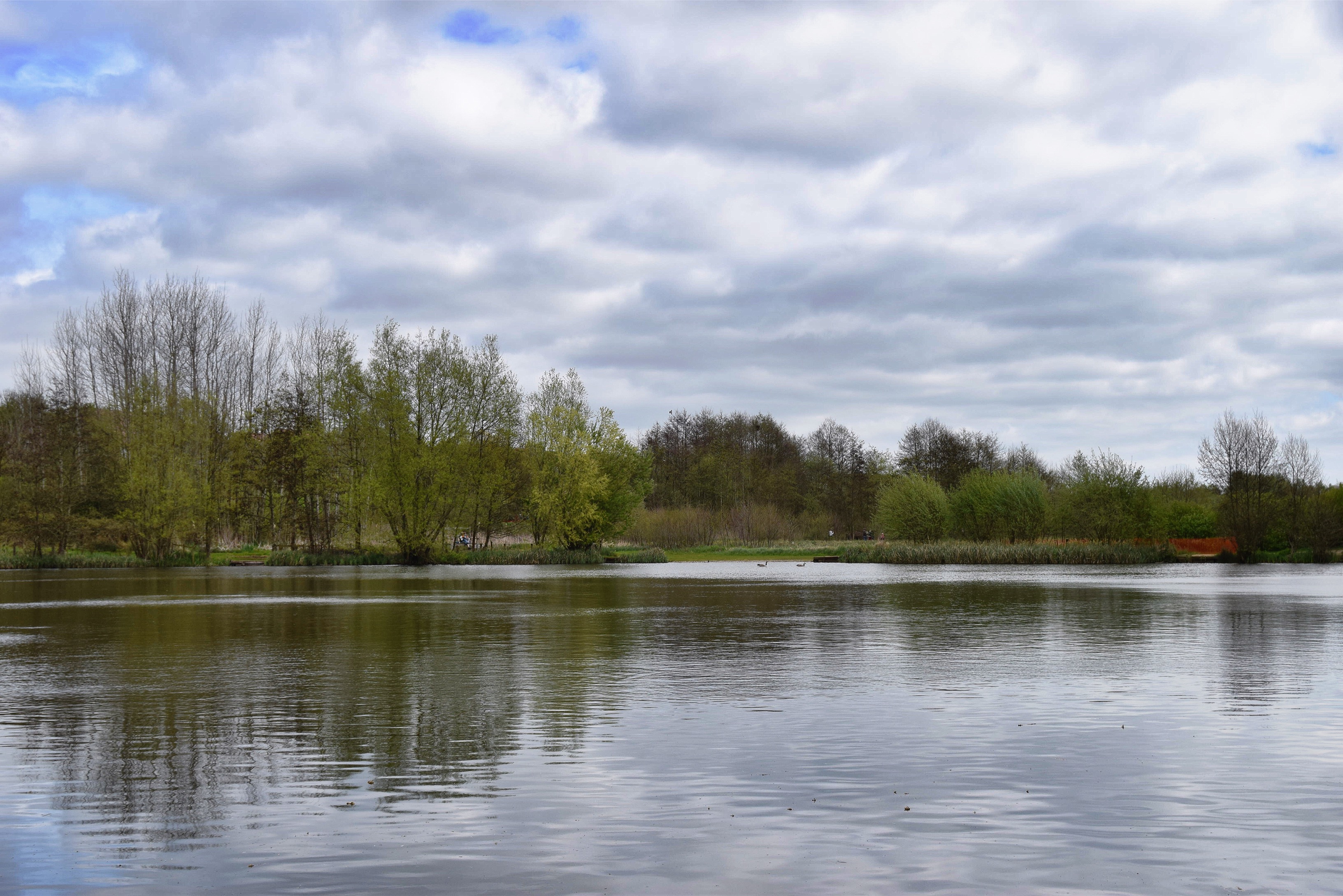 Now it was time to leave the lakes. As we walked towards the trees we heard the whoowhoo of the little steam train and saw it passing through the trees ahead. I’m pretty sure CJ would have liked to stop and have a ride but there really was no time today. We climbed the steps to the tiny station and crossed the miniature level crossing. As a train had just passed we were fairly sure it was safe but we looked along the line just to be sure and CJ posed for a photograph. 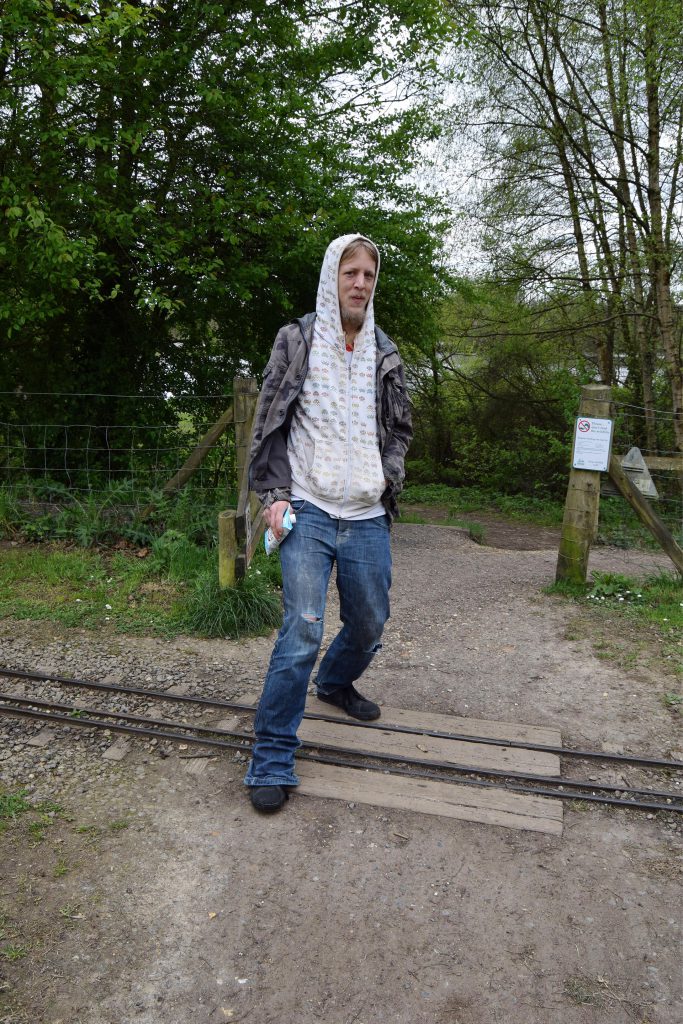 On we went, past the allotments and along the shed lined alleyway. Here we met an impossibly fat cat, so big I thought it was a small dog at first. CJ went to pet it and I raised the camera to take a picture but it proved far more agile than either of us had anticipated and scurried over a fence before either of us got our way.
“I can’t believe it was so fast,” CJ laughed.
“I can’t believe I could climb that fence,” I agreed.
There were no photos so you will just have to imagine it. The fence it climbed was topped by a mass of pink blossom so I took pictures of that instead.  The cat was probably sitting beneath the tree laughing at us all the while. 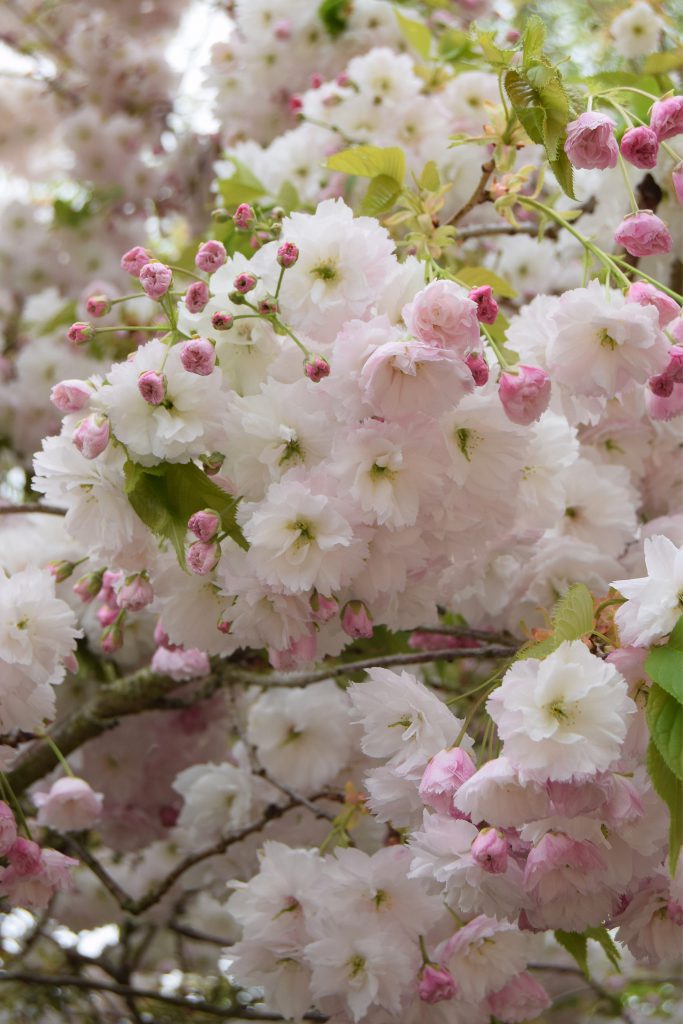 Our mission in Eastleigh was easily accomplished but coffee in the Swan Centre wasn’t such a simple matter. Lakeside may have been empty but the Swan Centre was jam packed. The queue for Costa snaked right around the tables and there was just one, fraught looking barista serving. If we waited there it would have been dark before we got home. CJ was bitterly disappointed to have walked more than six miles in vain until I remembered there was another Costa at the airport. If I’d thought of it earlier we could have saved ourselves a mile or so of walking.

Luckily the airport Costa was empty and we were served right away. We walked back towards Monks Brook happily sipping takeaway coffee. To make up for the extra miles I led CJ over the green bridge and back along Wessex Lane. Missing out Mansbridge and heading straight towards Woodmill did make up some distance and also gave me a pretty photograph of the blossom in the churchyard at St Mary’s in Stoneham. 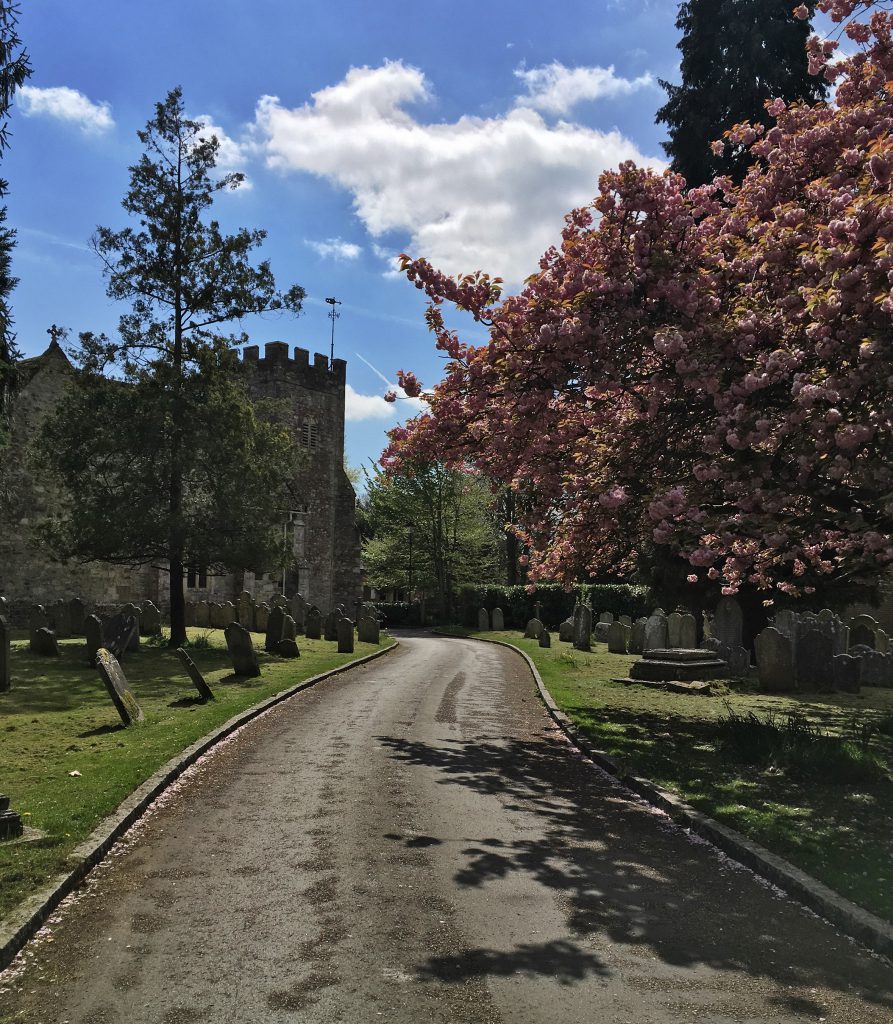 Soon enough we were back at Riverside Park with our own swans. Our present delivering mission had given us a round trip of almost twelve miles. It would have been far quicker and easier in the car but I’m glad we chose to walk instead. Think of all the things we’d have missed if we hadn’t. 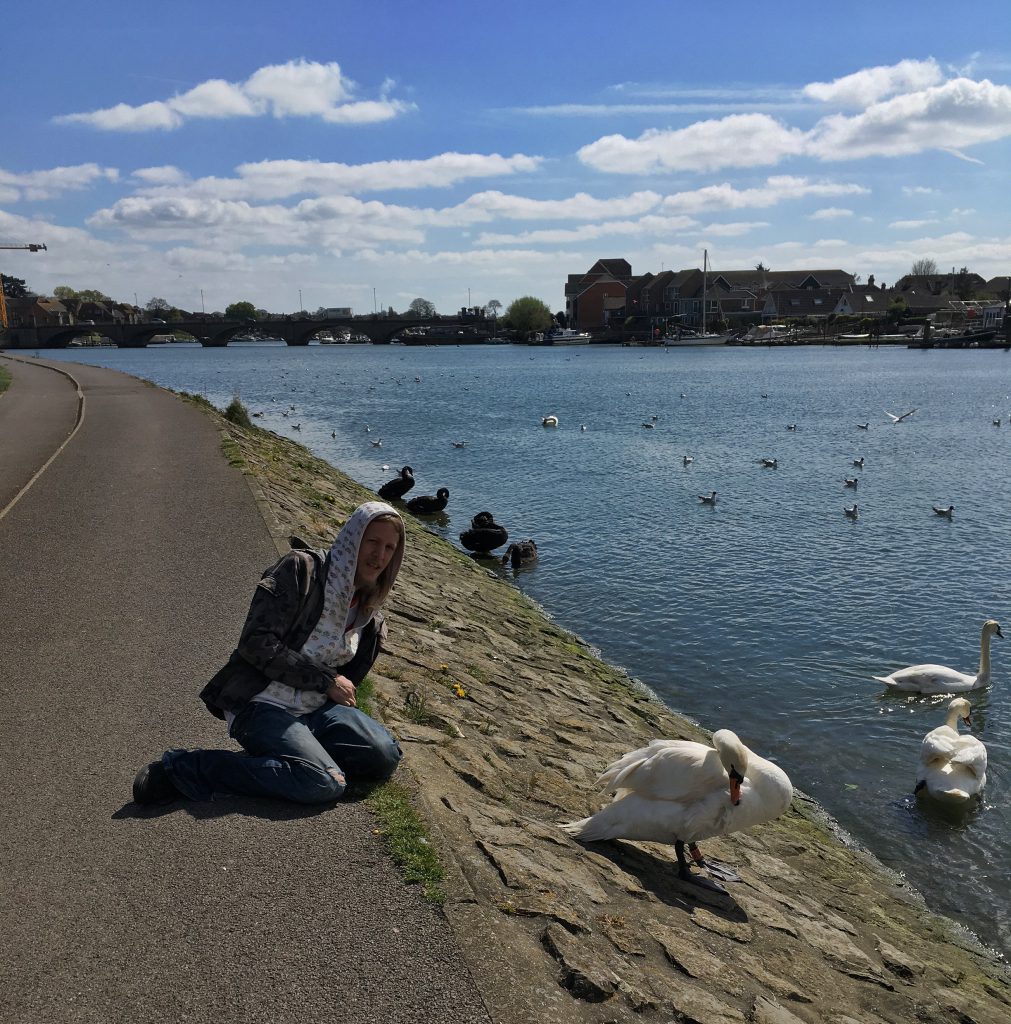 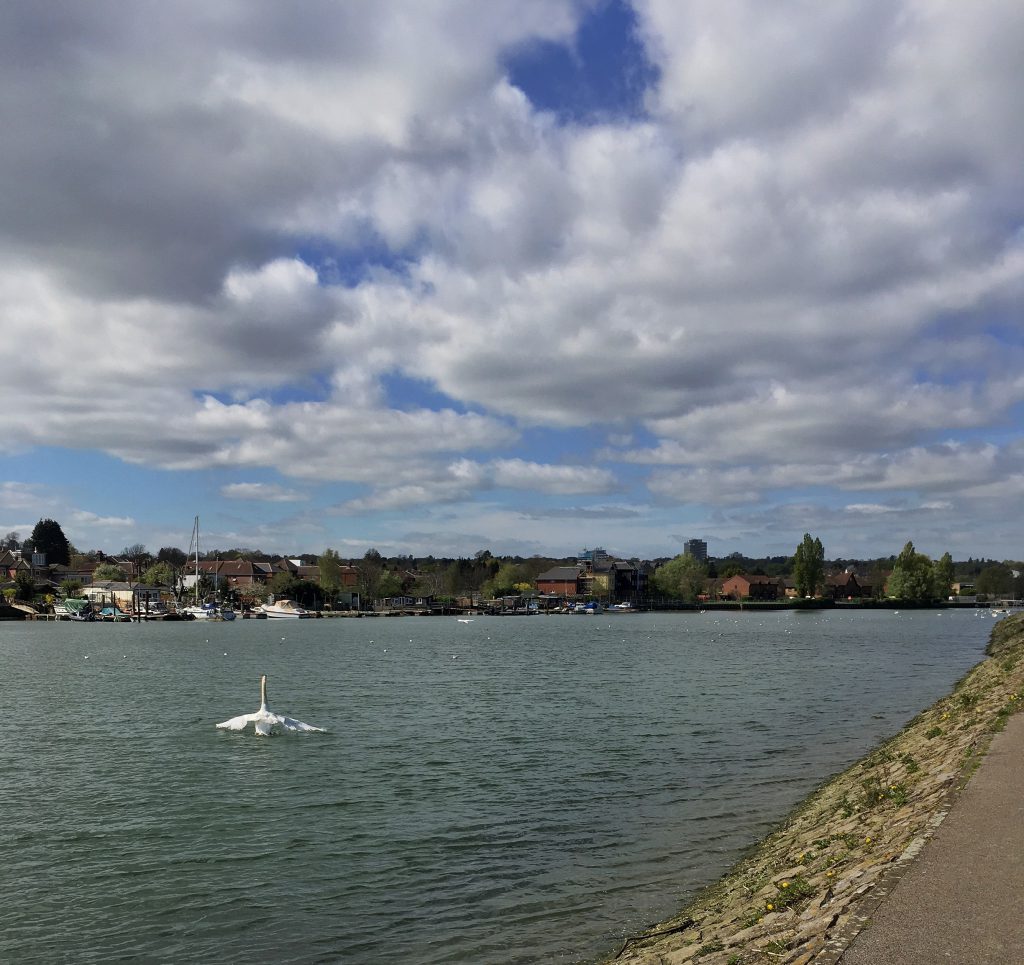 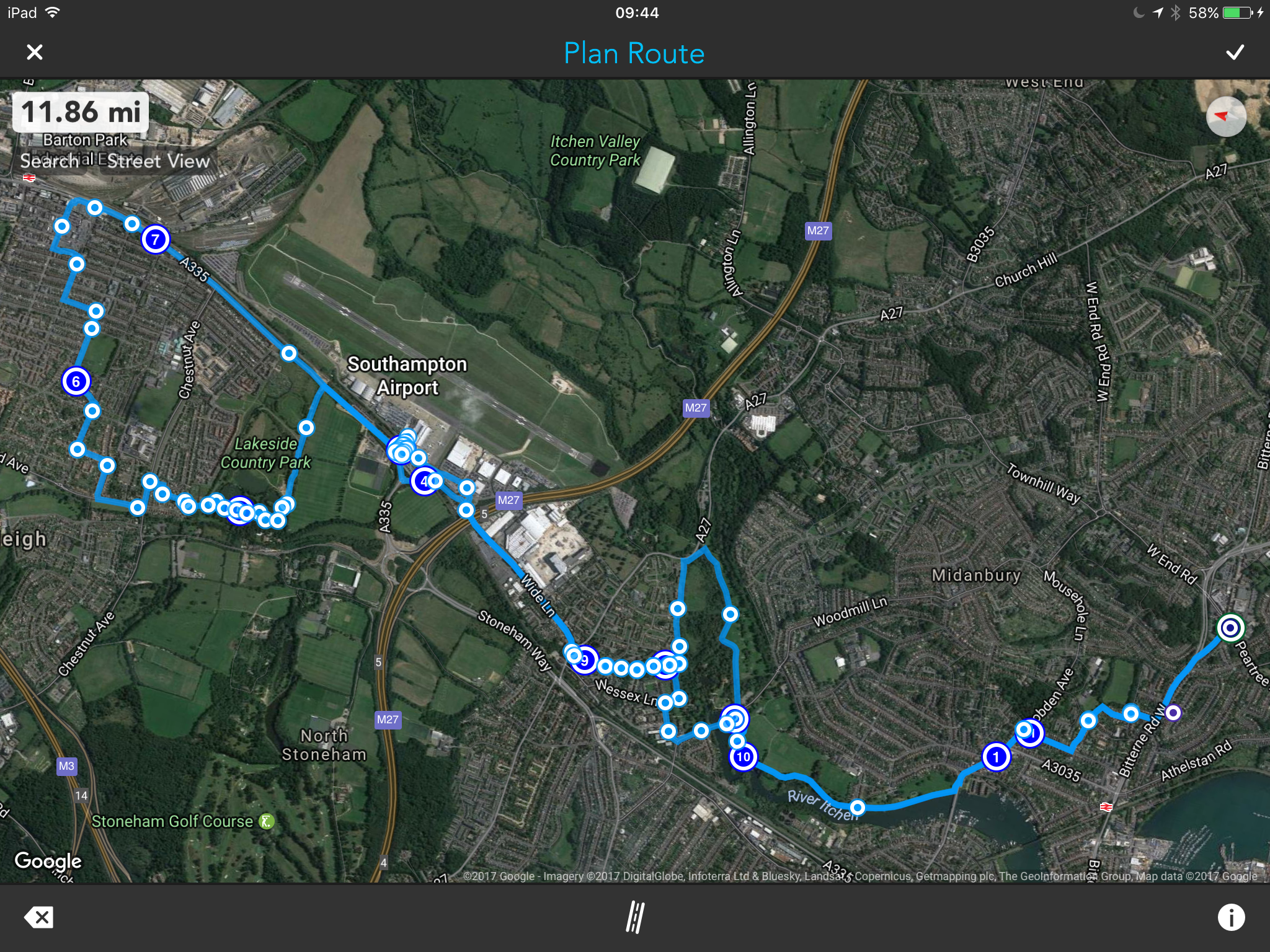