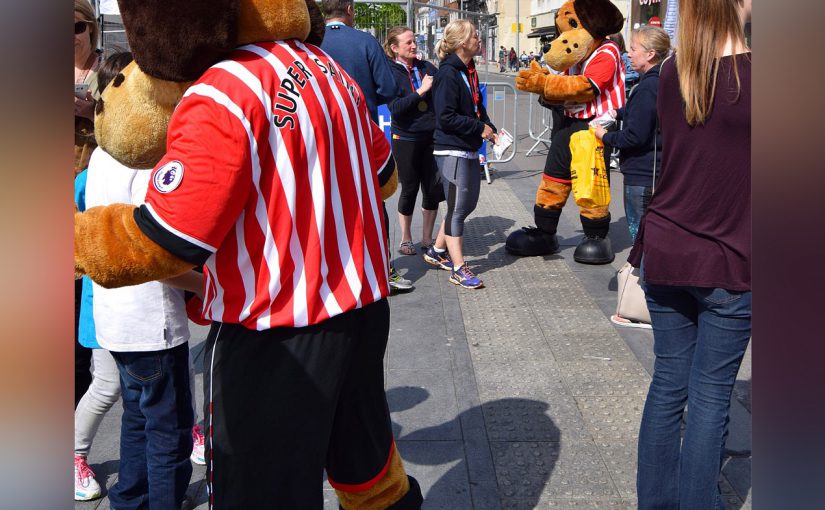 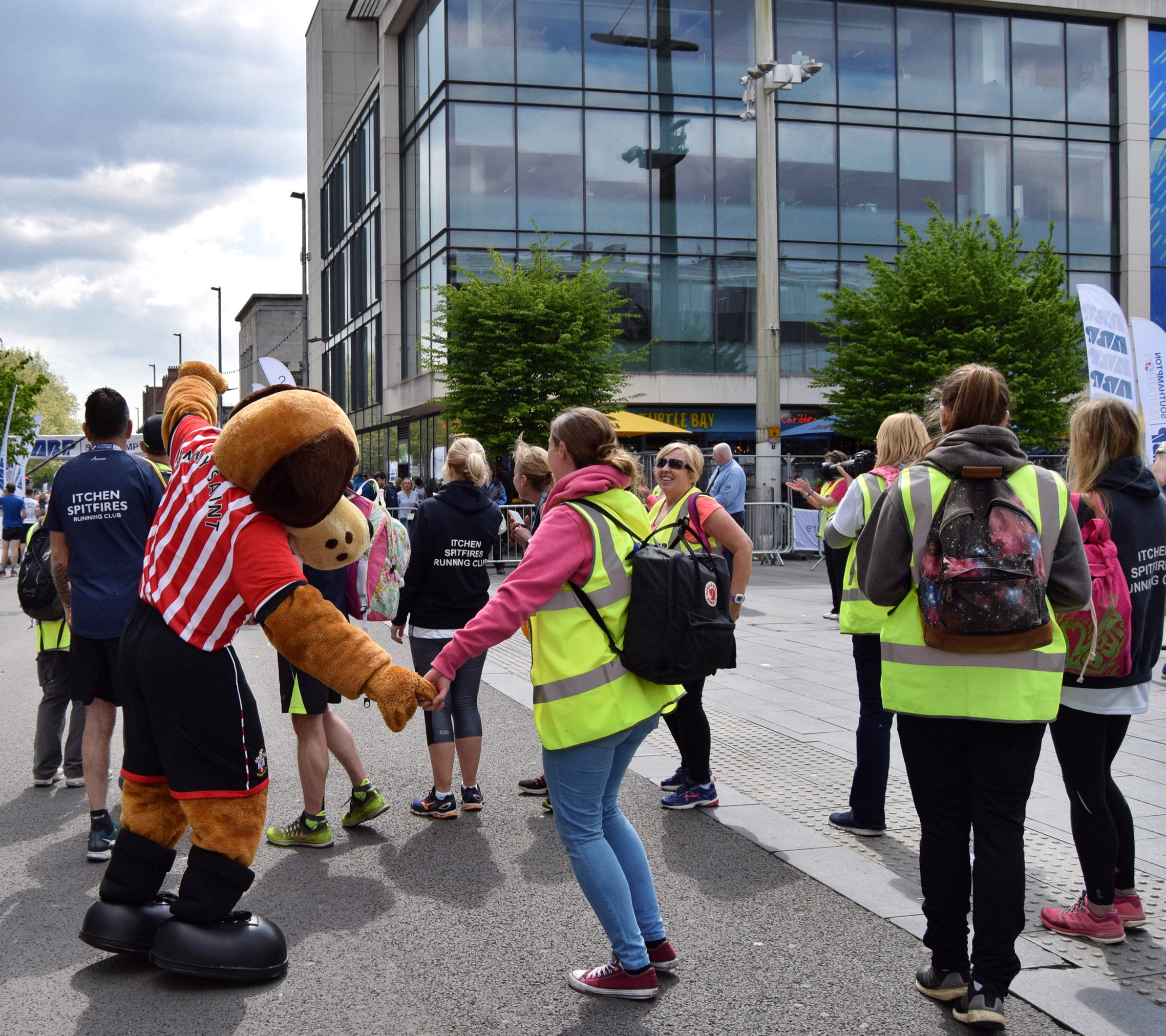 With my large latte in hand I went back to Guildhall Square to cheer the runners home. Sammy Saint, AKA Matthew, was there, still in his costume dancing around as if he hadn’t just run 10k in the swealtering heat. I kept looking at his feet in their oversized boots and imagined him taking them off later and pouring out a few pints of accumulated sweat. What a legend! 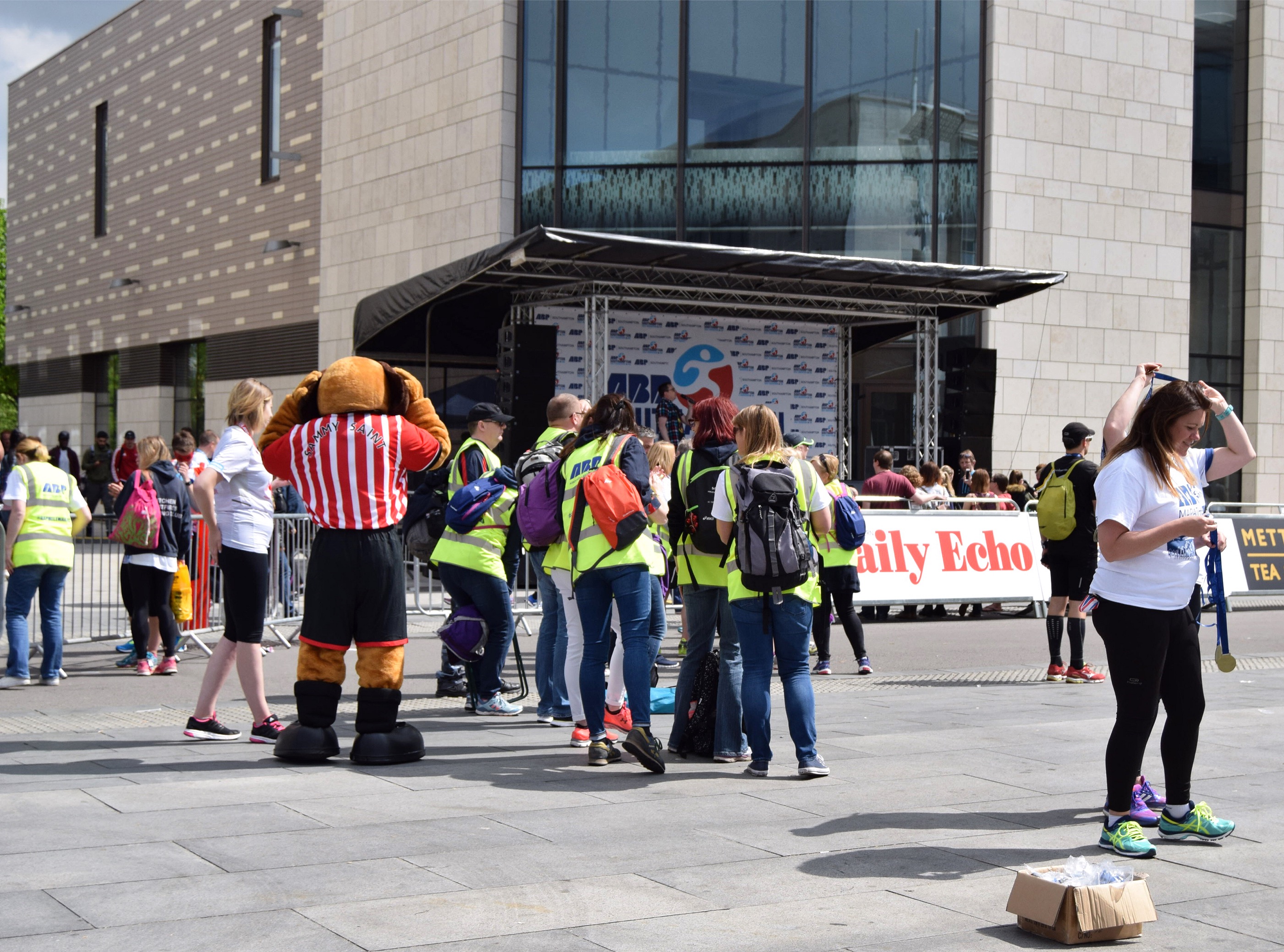 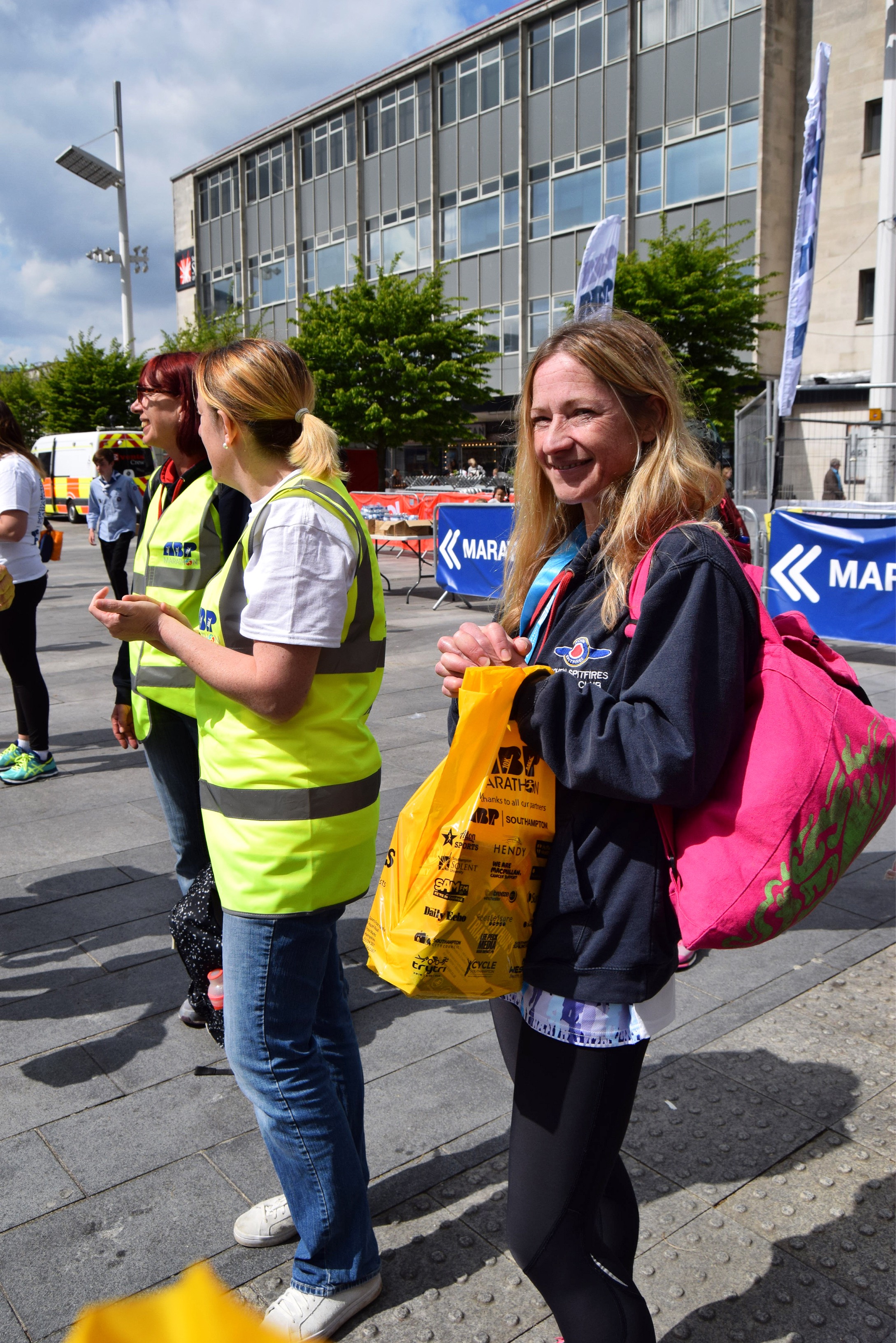 A lot of the runners had finished by this time but there were still some out on the course, mostly marathoners and tailwalkers.  Families who’d already finished their races were sitting around anxiously waiting for their loved ones to cross the line, an agony I know all too well myself from all Commando’s marathon running. The mind plays strange tricks as the minutes tick by, a million different disasters imagined. Sometimes I think it’s easier to run the race than wait for a runner. 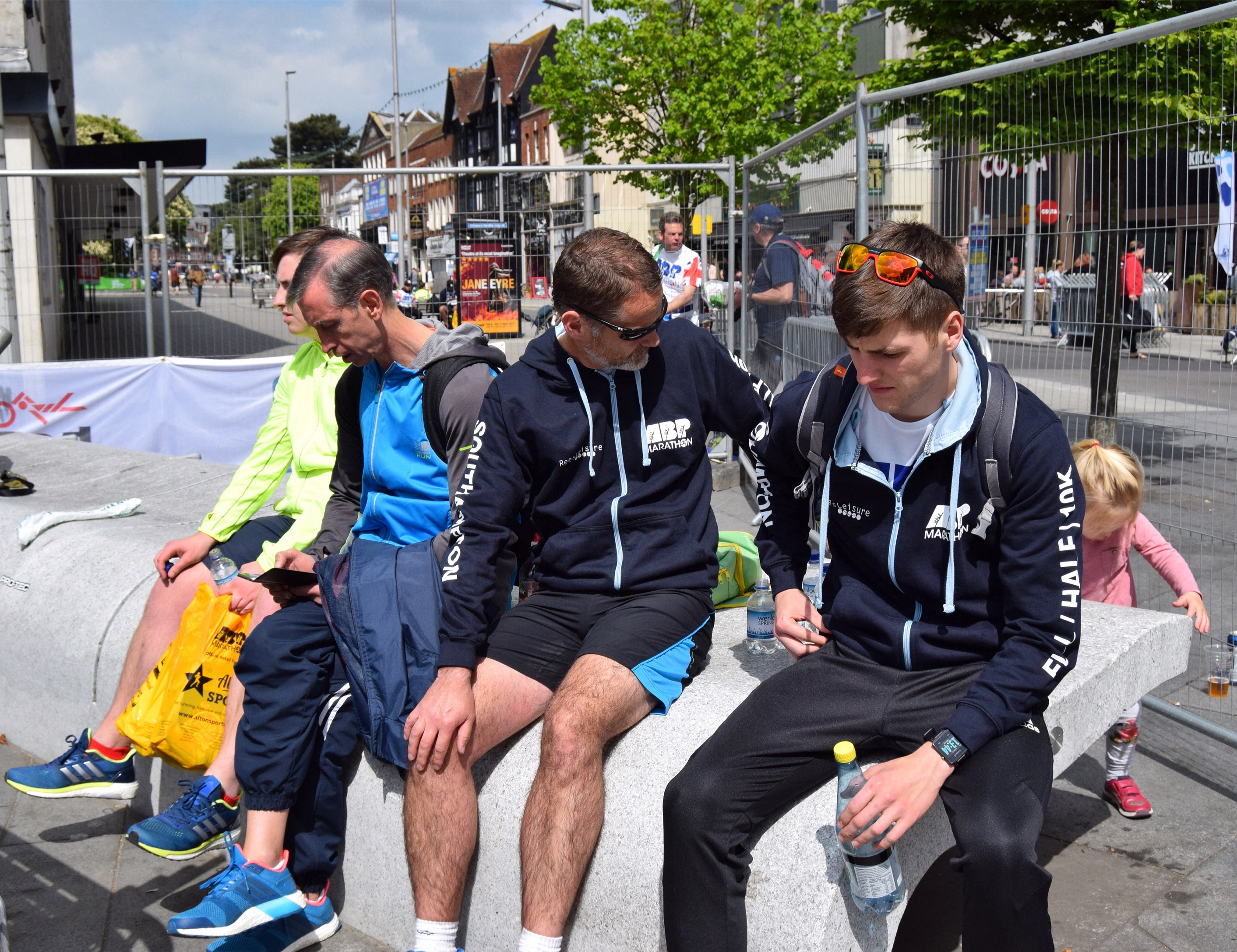 Those who’d already finished running joined the cheer squad, tired but happy with their medals proudly around their necks. 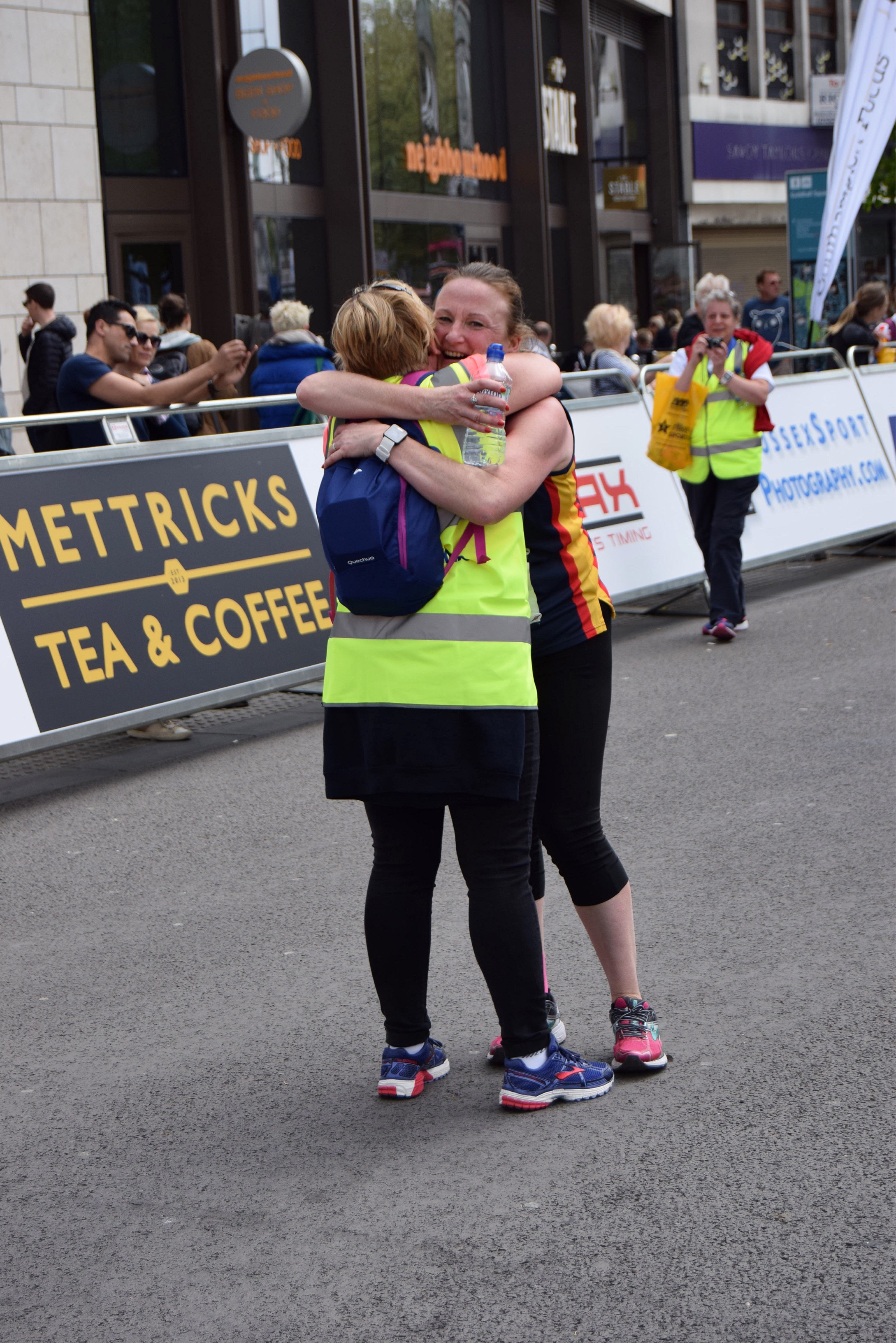 Every step of those twenty six point two miles was etched in pain on faces as they ran the last few yards on the other side of the finish arch the pain was replaced by smiles. Amongst the finishers I spotted the man who runs for organ donation dressed as the joker. I’ve seen him at other marathons and can’t help admiring the way his makeup stays put. I wonder where he buys it? 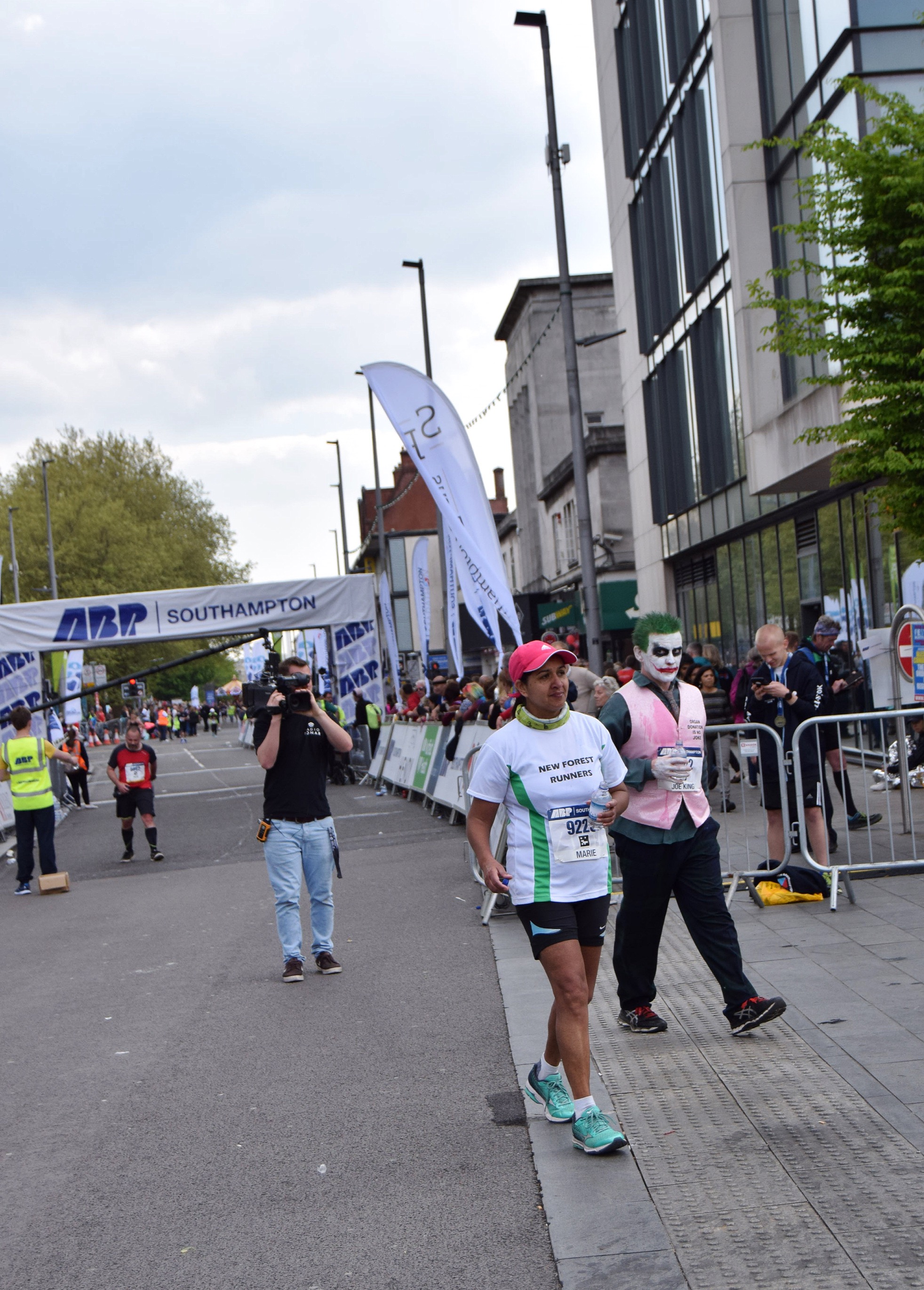 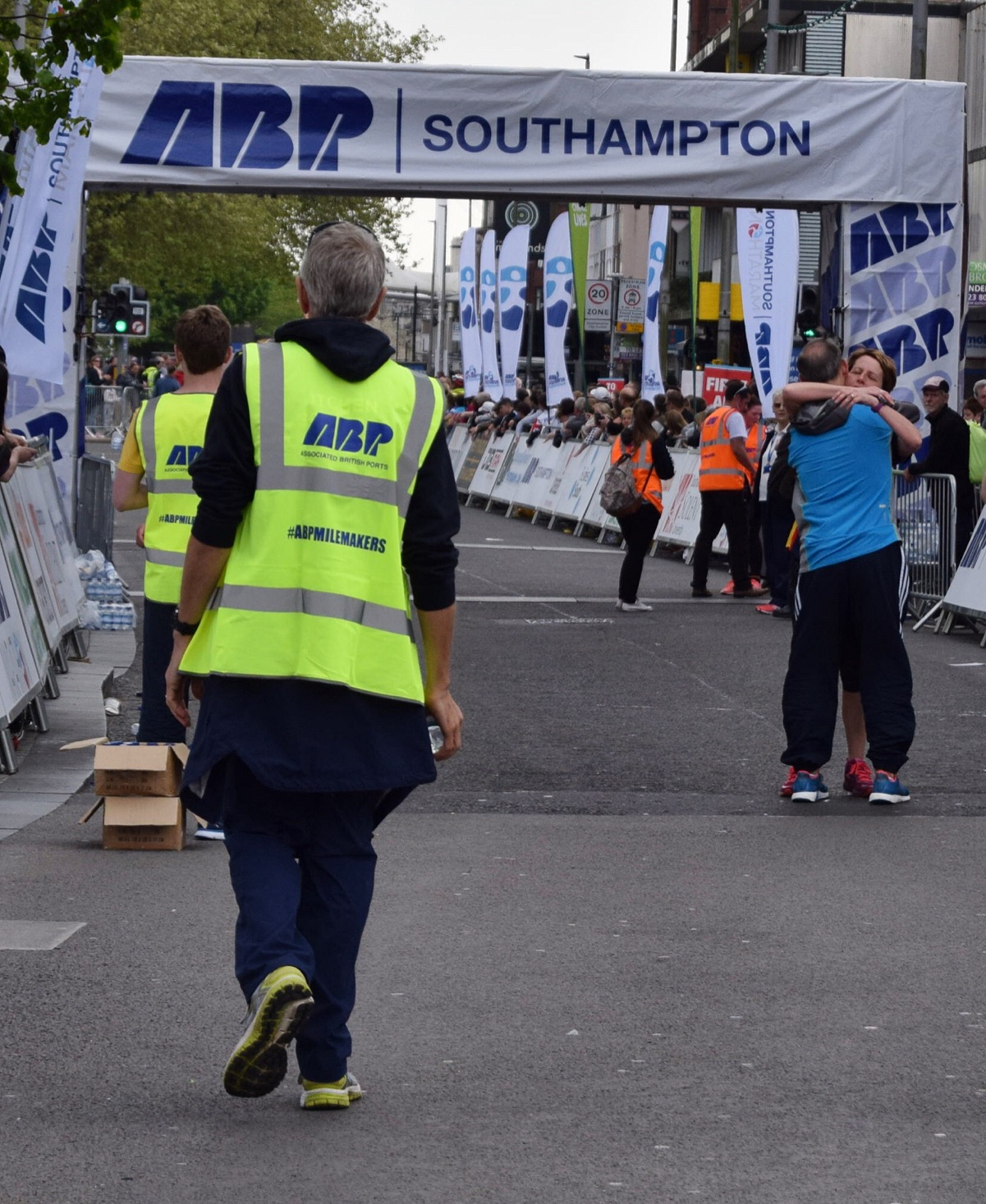 If you want to see every emotion known to man the best place to be is on the finish line of a marathon. As the runners trickled under the arch there was pain, tears, exhaustion, relief, joy and everything in between. Every race is different and even those who have run the distance before can be surprised on the day, either by an unexpectedly great run or a bad one. Amongst all those emotional faces were Kim and Vicky, the half marathon motivators. For them it had been a long slow race but they were still smiling. 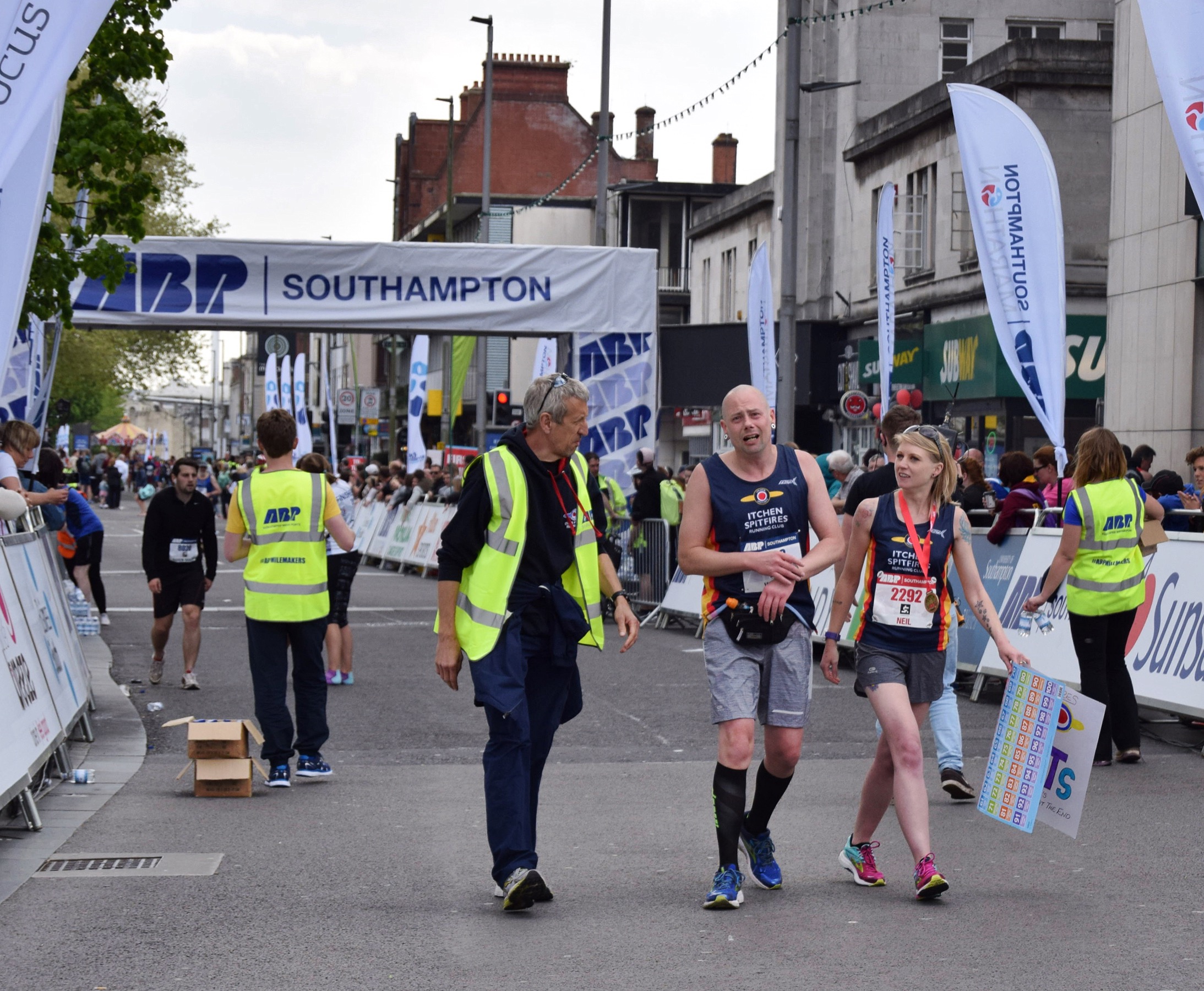 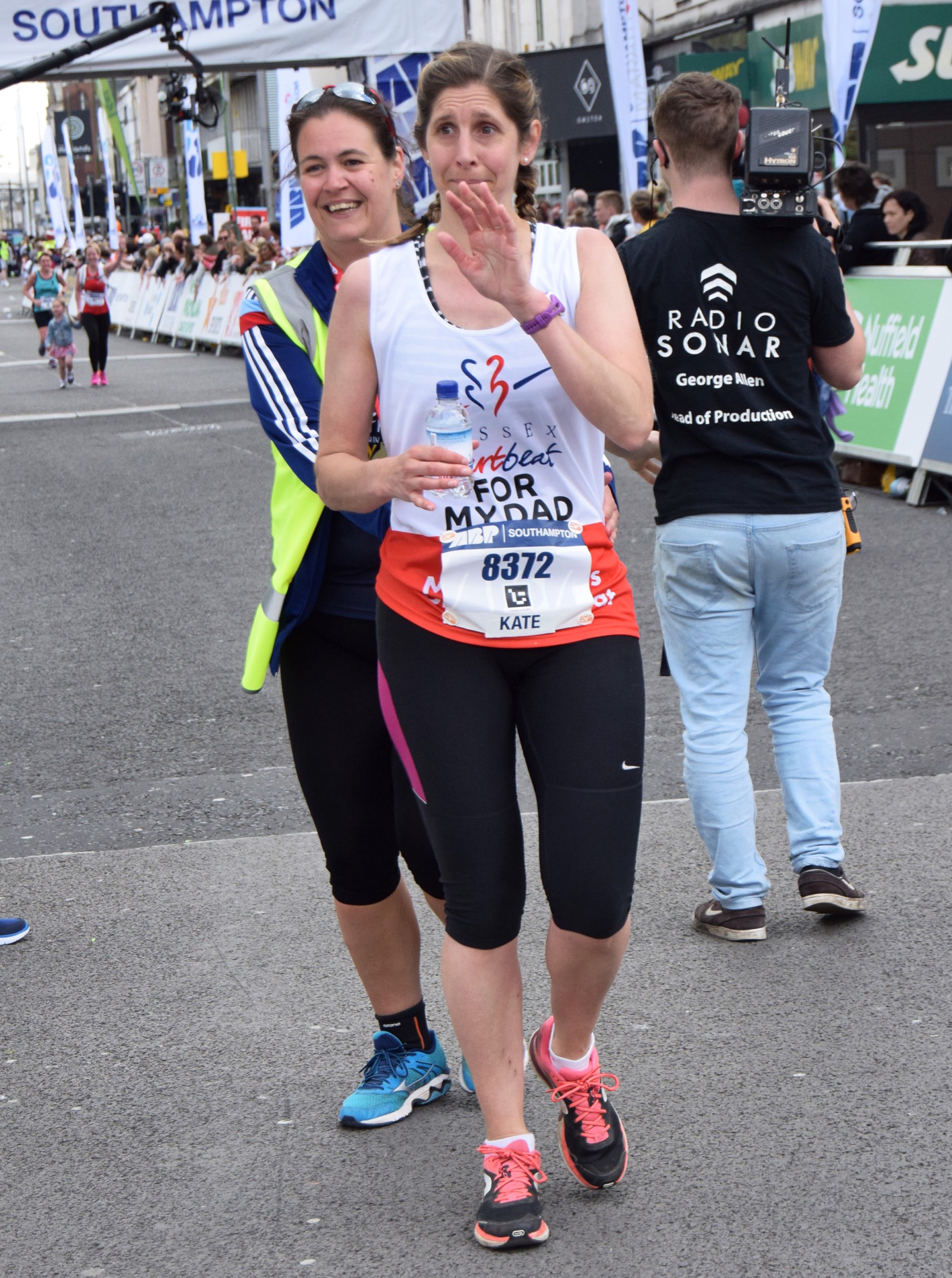 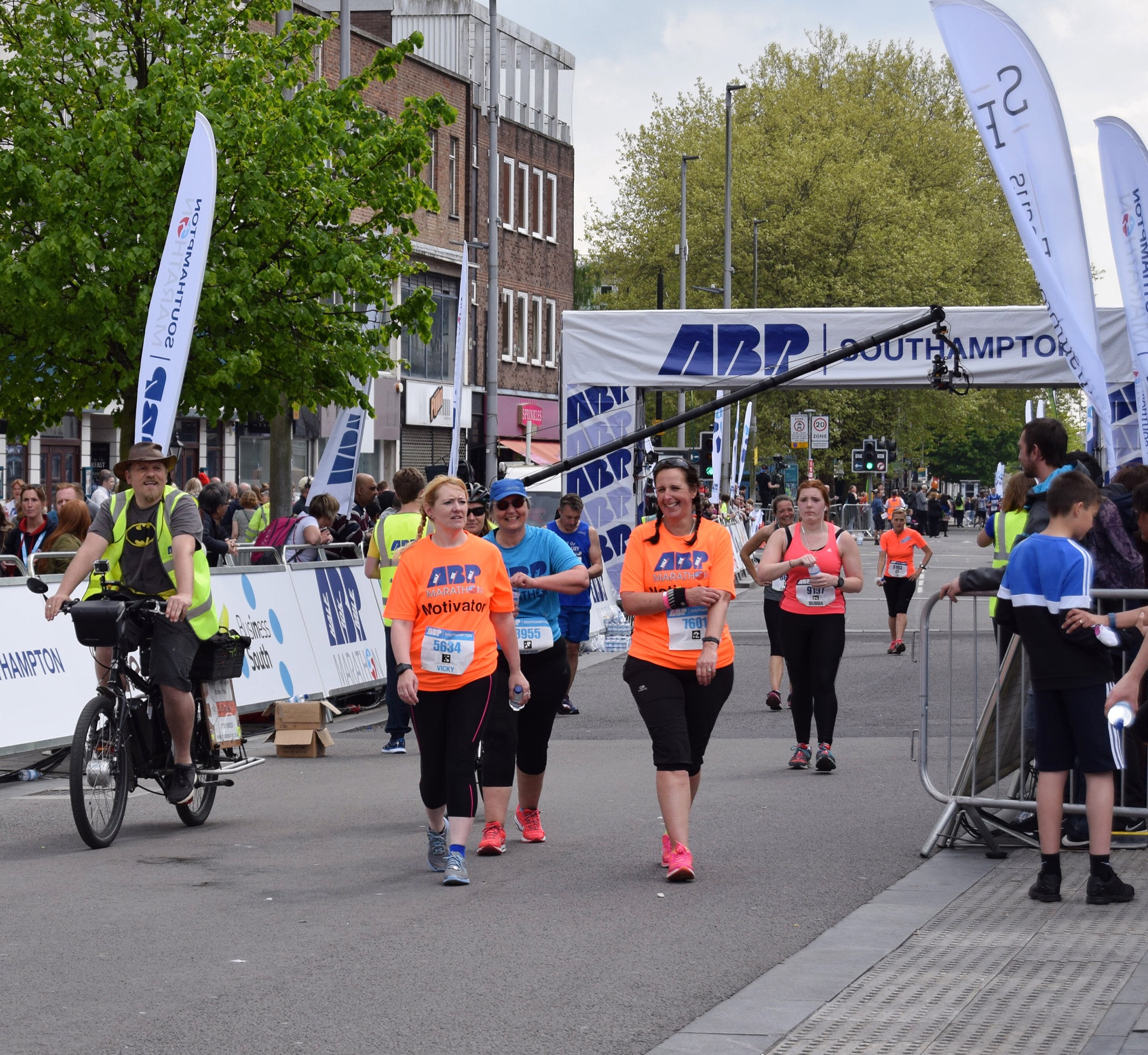 Much as we’d have liked to stay and cheer the last runner across the line I could see Commando was flagging. He’d been on his feet all day and was visibly limping. I was tired too. My Garmin told me I’d walked eleven and a half miles. We still had a long walk back to the car, parked near The Common, so, with regret, we left all the other marshals to cheer  and began the long limp home. It takes courage to finish a marathon but sometimes you have to know when to quit. 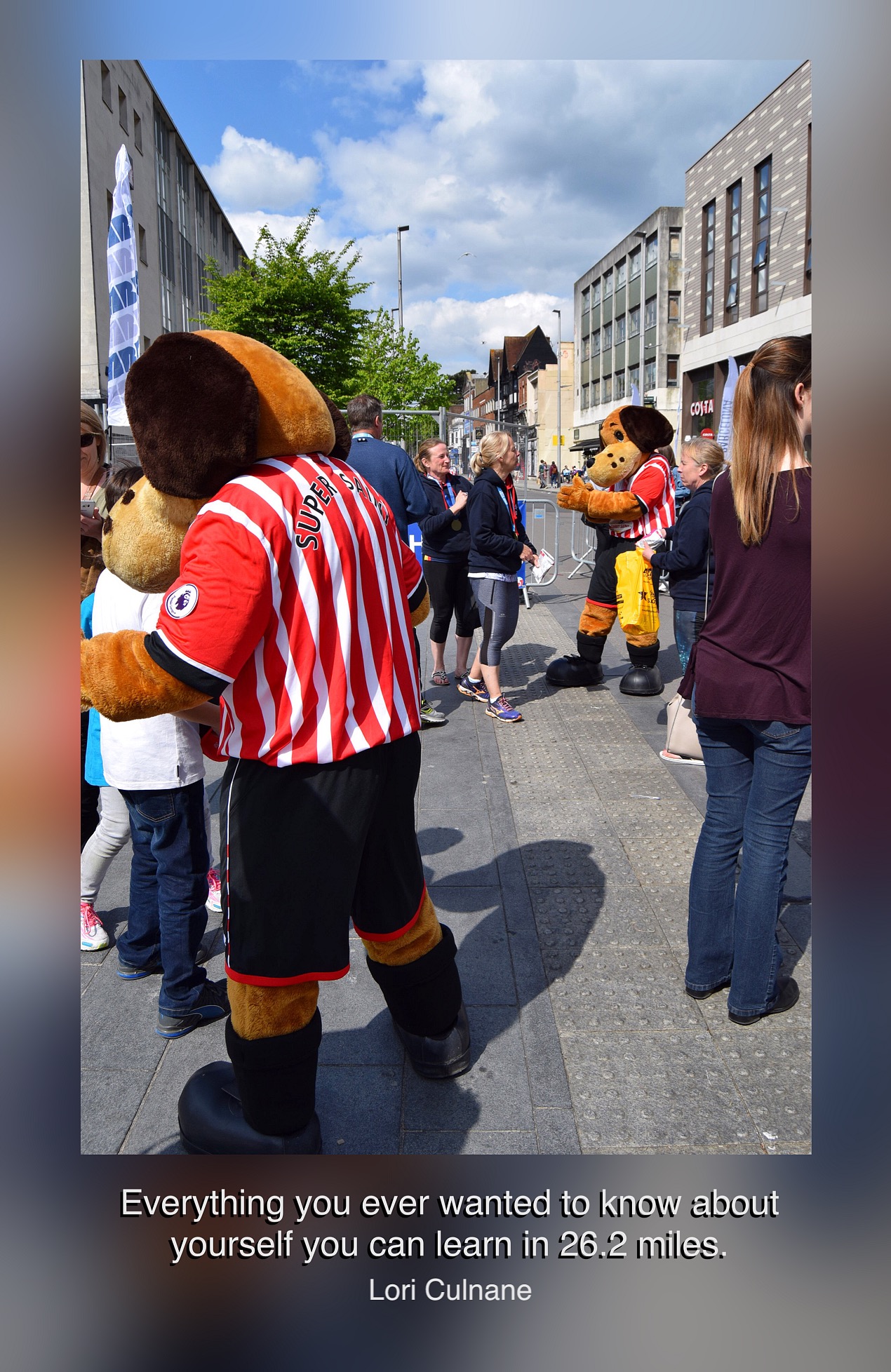 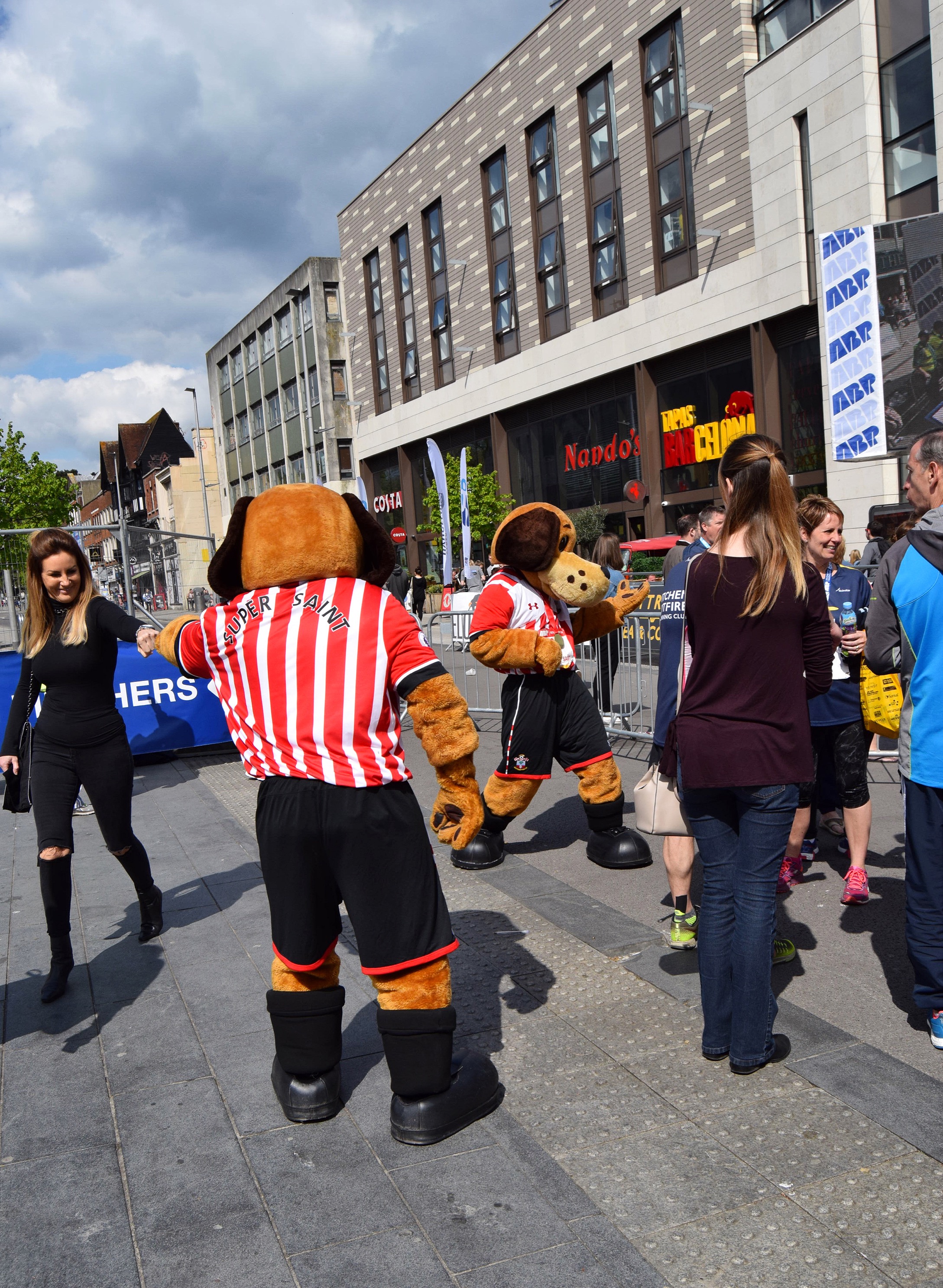 4 thoughts on “The courage to finish”