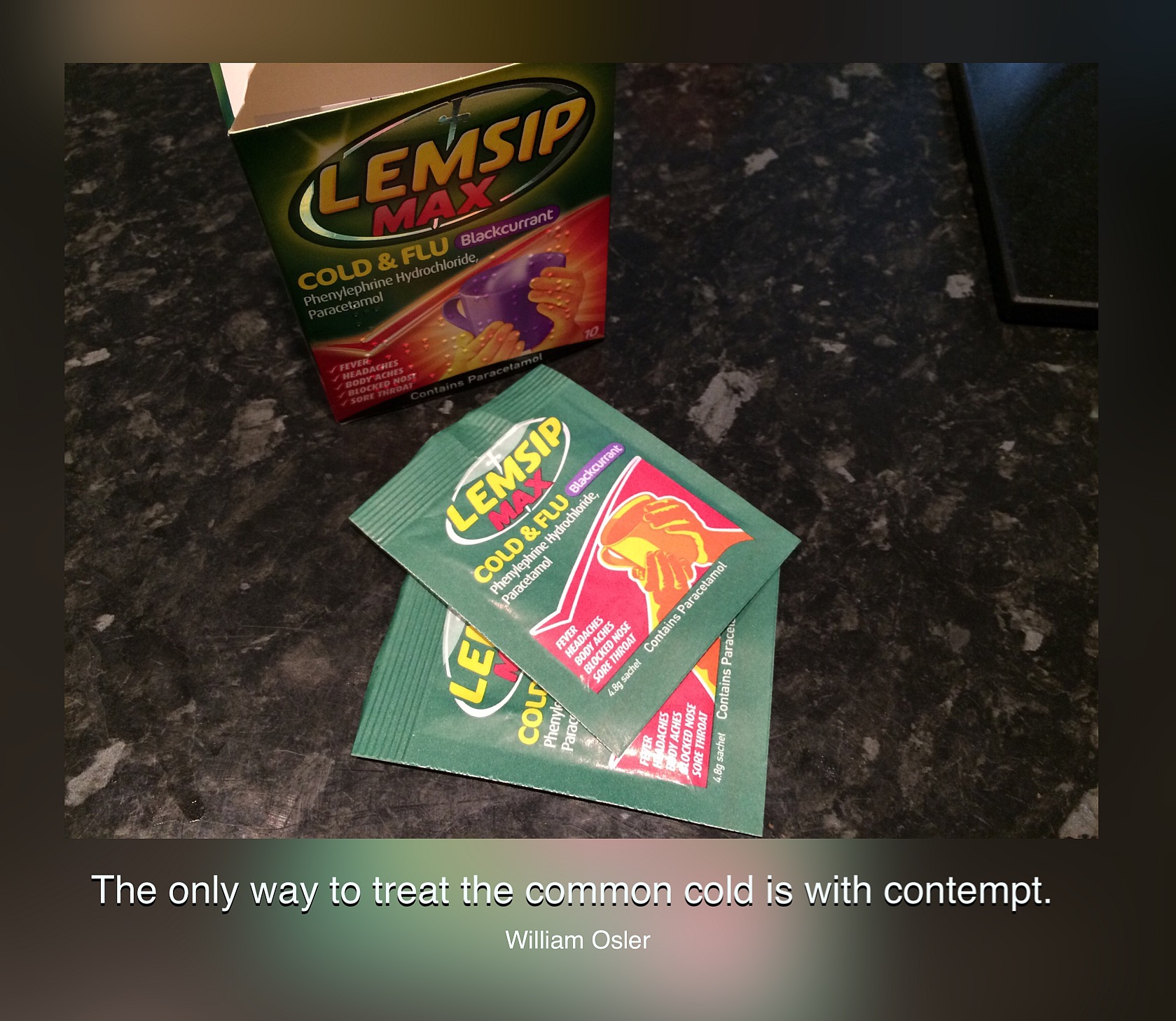 Holidays always seem too short and our German adventure in September 2014 was no exception. When I left work the Wednesday before we went to Cologne the prospect of thirteen whole days off seemed like a long time. As with all holidays it flew by though. When we got back home, in the early hours of Tuesday morning I had great plans about what I was going to do over the following week. What I didn’t count on were the German germs I picked up courtesy of Easyjet’s recycled air.

I felt ok on Tuesday, if a little tired after the long day before and the late night. Commando and I got stuck into the washing and food shopping and had a relaxed day. We deserved it after all the walking and, for Commando, running. Even without running a marathon I totalled up more than forty miles over the four days. The sun was shining and we sat for a while in the garden.

There was some walking on Wednesday when I went to visit Bard to help him out with some tricky paperwork. It was a glorious day and, rather than sit in his flat, we wandered up into the parks and sat sipping coffee and chatting for a few hours before I walked back home again. It was good to have a little mother and son time but, when I got home that evening, I didn’t feel too good. My throat was sore and my head ached. 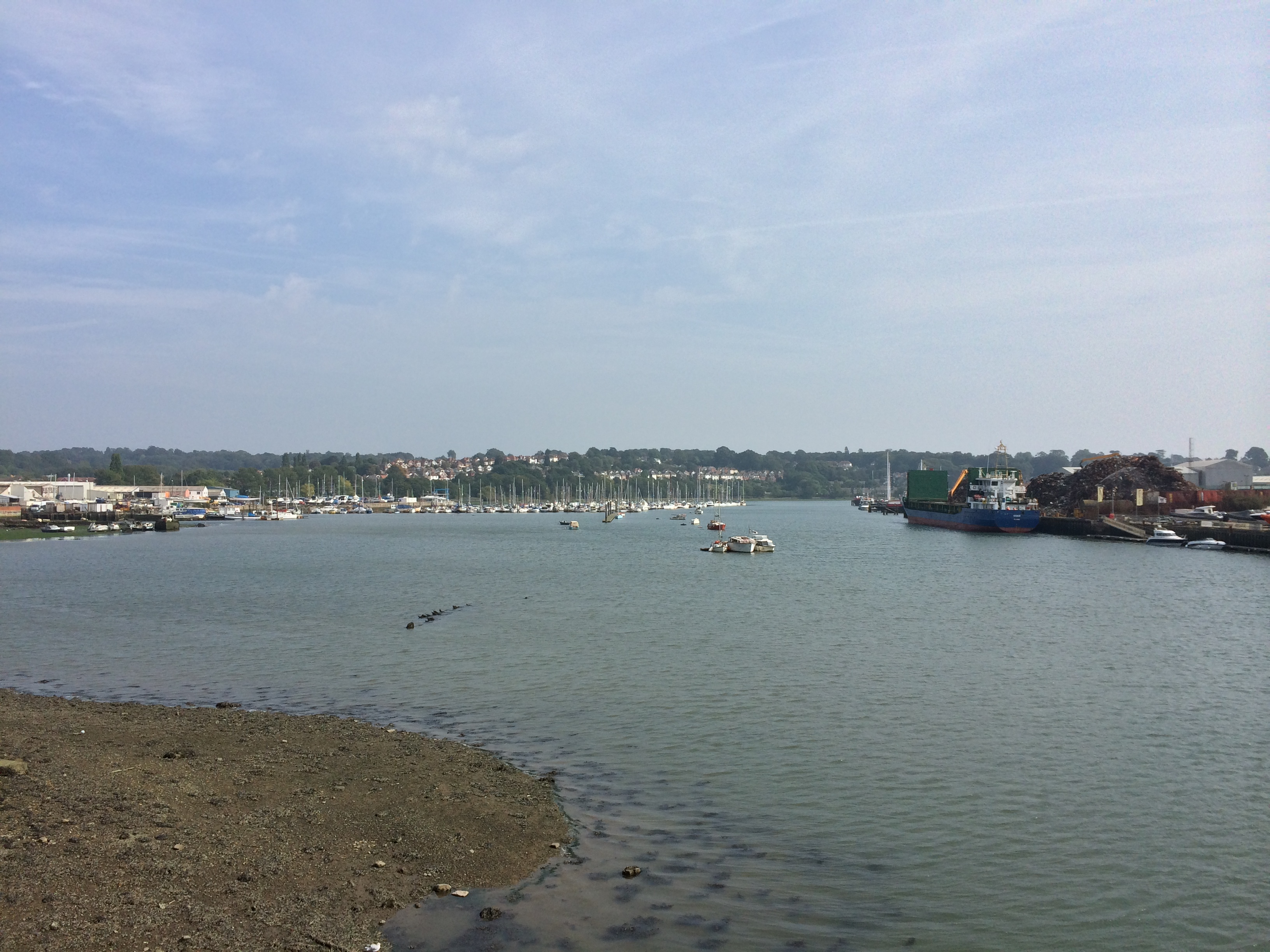 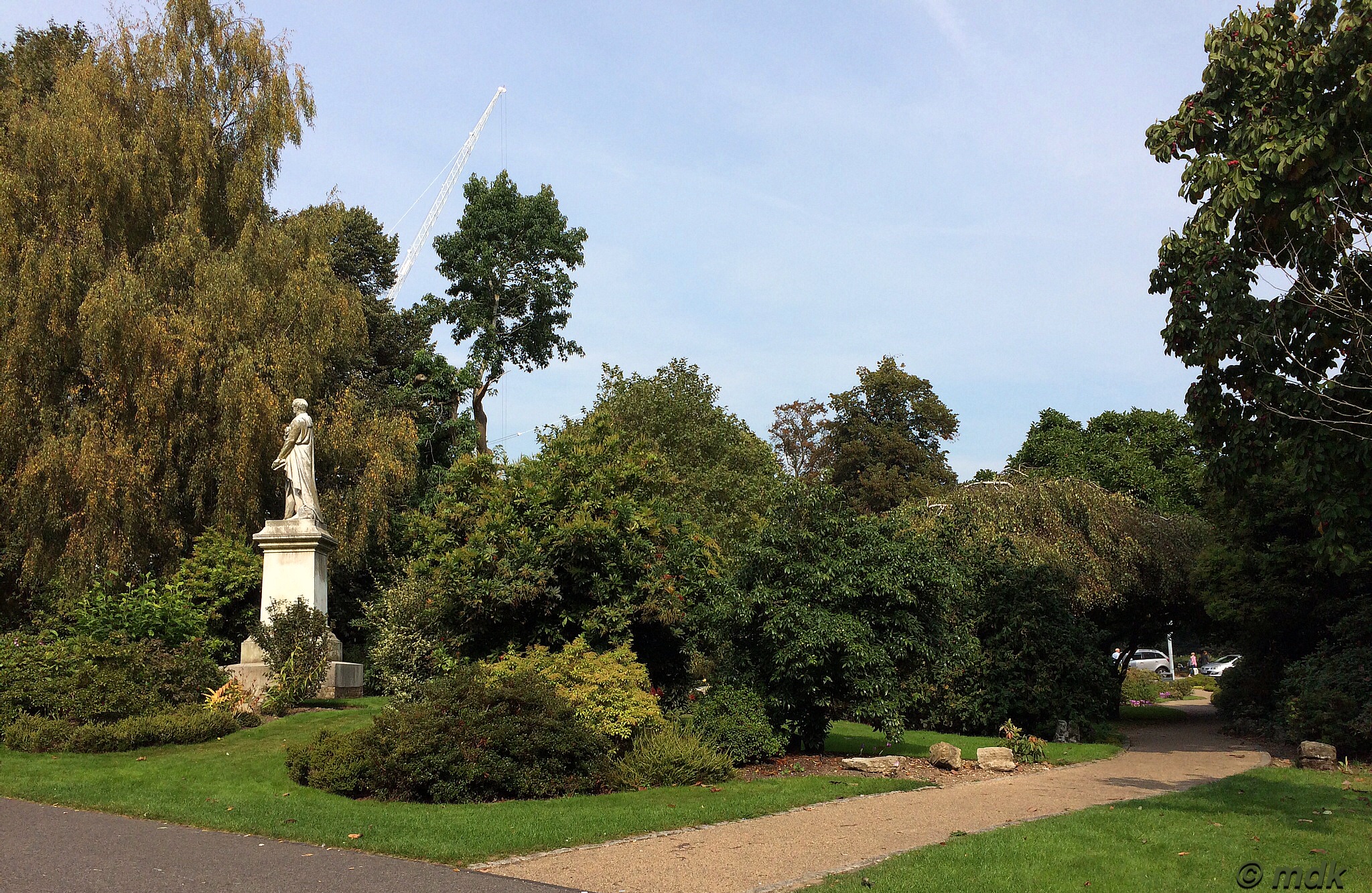 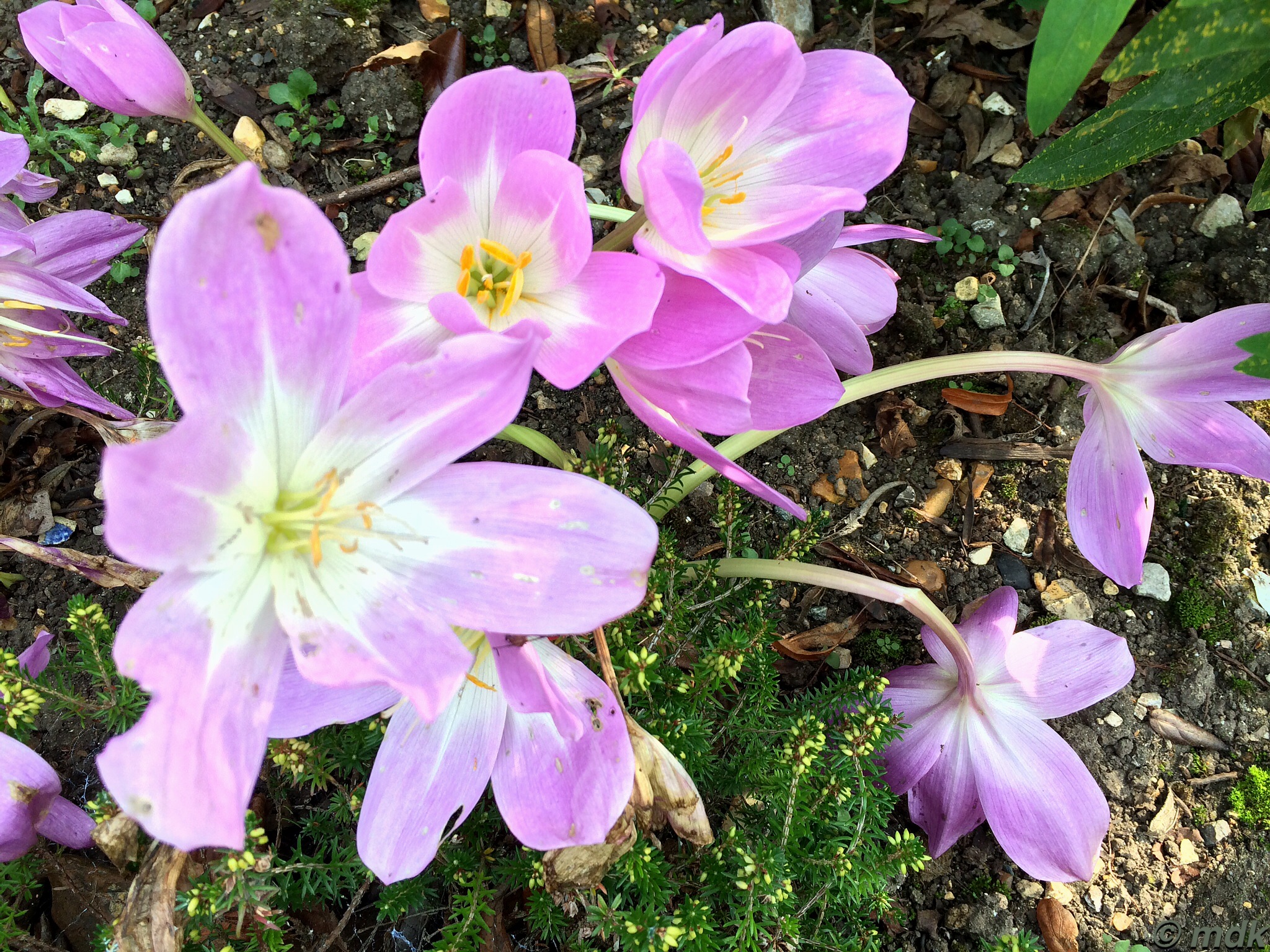 When I got up on Thursday morning my throat felt worse and my chest felt tight. The weather had changed too with heavy rain and thunderstorms all morning. Despite feeling pretty rubbish I cleaned the house and, once the rain had stopped, walked up the Big Hill and bought some lemsips and a small bottle of cheap rum. My favourite cold cure is lemon, honey and rum. I learned about it when I arrived in Madeira years ago leading an educational group with a stinking cold. They call it Poncha and everywhere I went hoteliers were making me glasses of the warm, sweet drink.

That evening I went to bed early after a rum laced drink thinking I’d feel better in the morning. Actually, when I woke up I felt worse, much worse. I got up, made myself a lemsip laced with rum and fell asleep on the sofa. Commando found me a few hours later when he got up. This was how I spent the majority of the day. Every time I got up I felt dizzy and weak. I couldn’t even face food.

By Saturday I felt a lot better although I still had a horrible cough and snotty nose. I managed to go out into the garden for a little while and half heartedly cut the overgrown pumpkin patch back in the hope that the pumpkins I’ve got will get big enough to ripen before it gets too cold. There were some ripe tomatoes to pick too. On the flower front the first of the gladioli have come out, the poor sunflowers are looking a little sad and sorry now but the nasturtiums are still going strong. 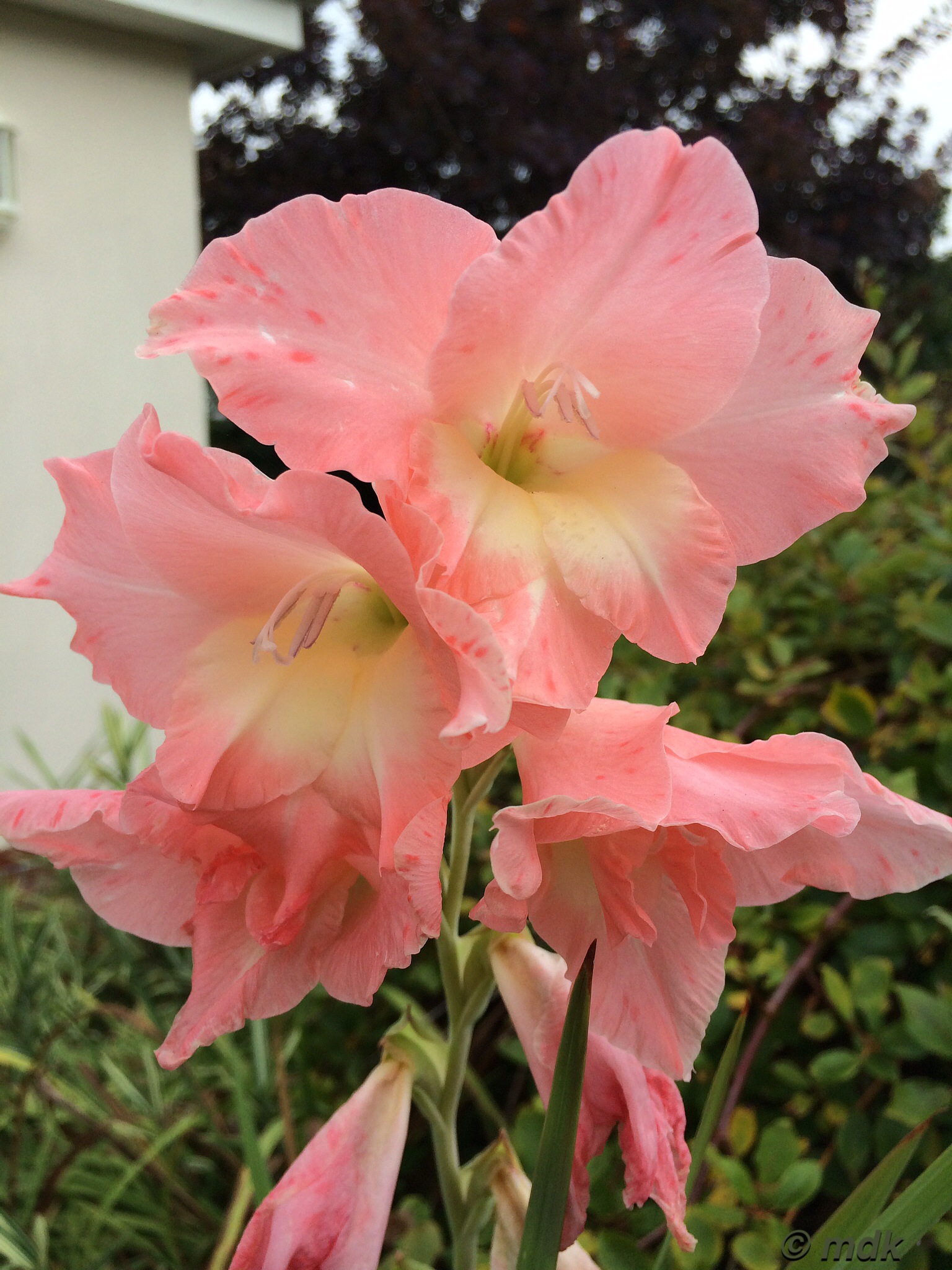 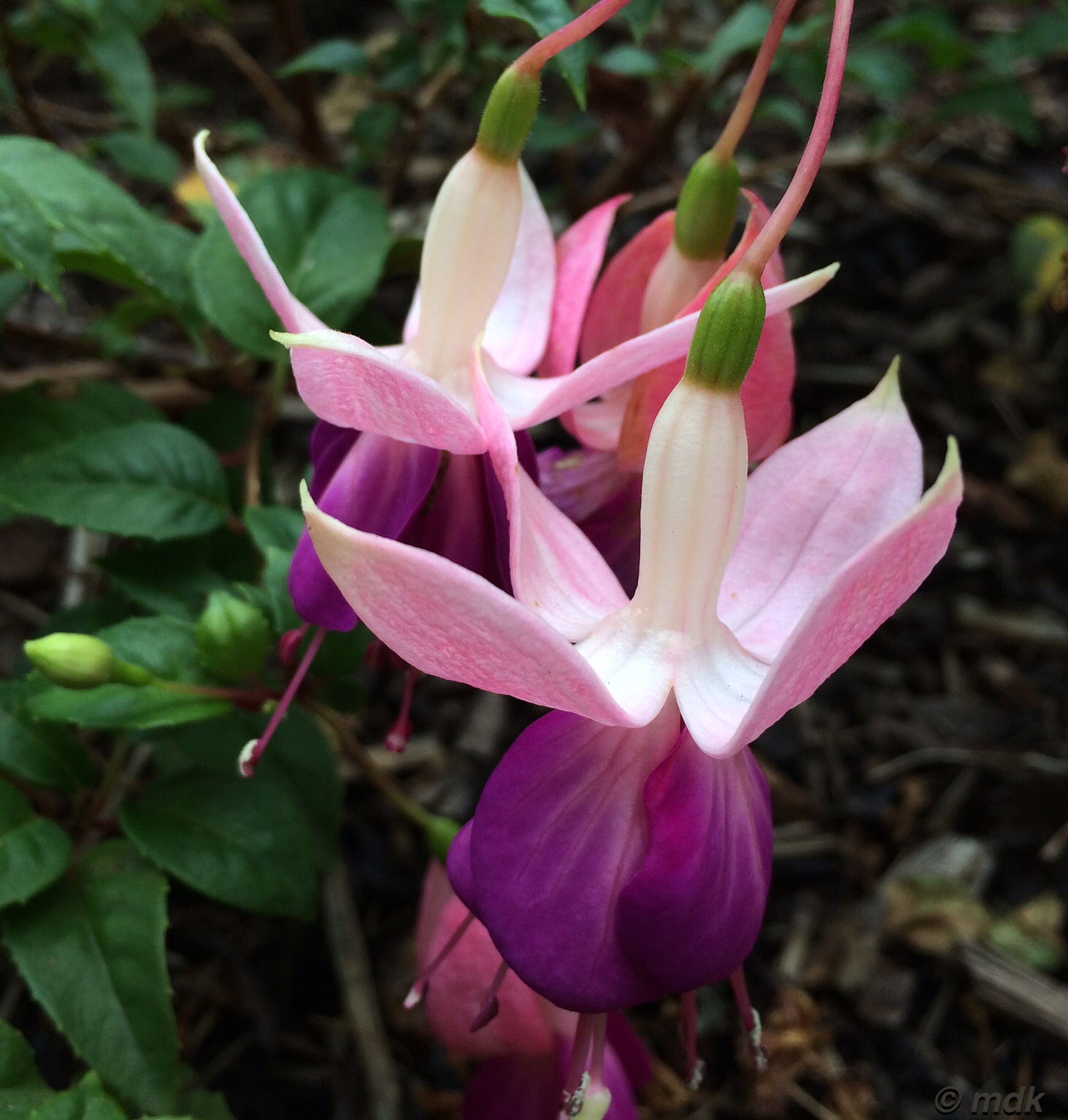 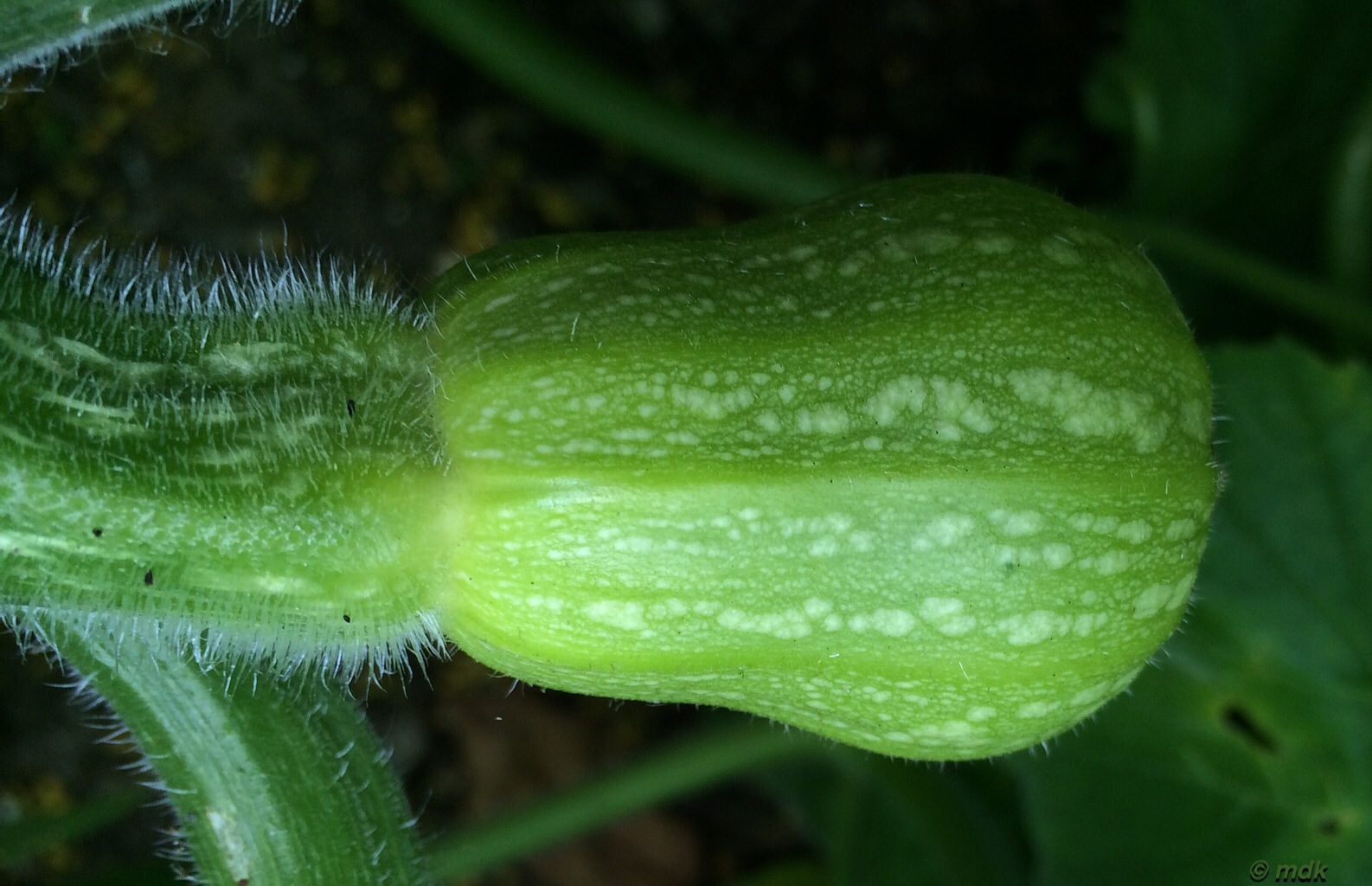 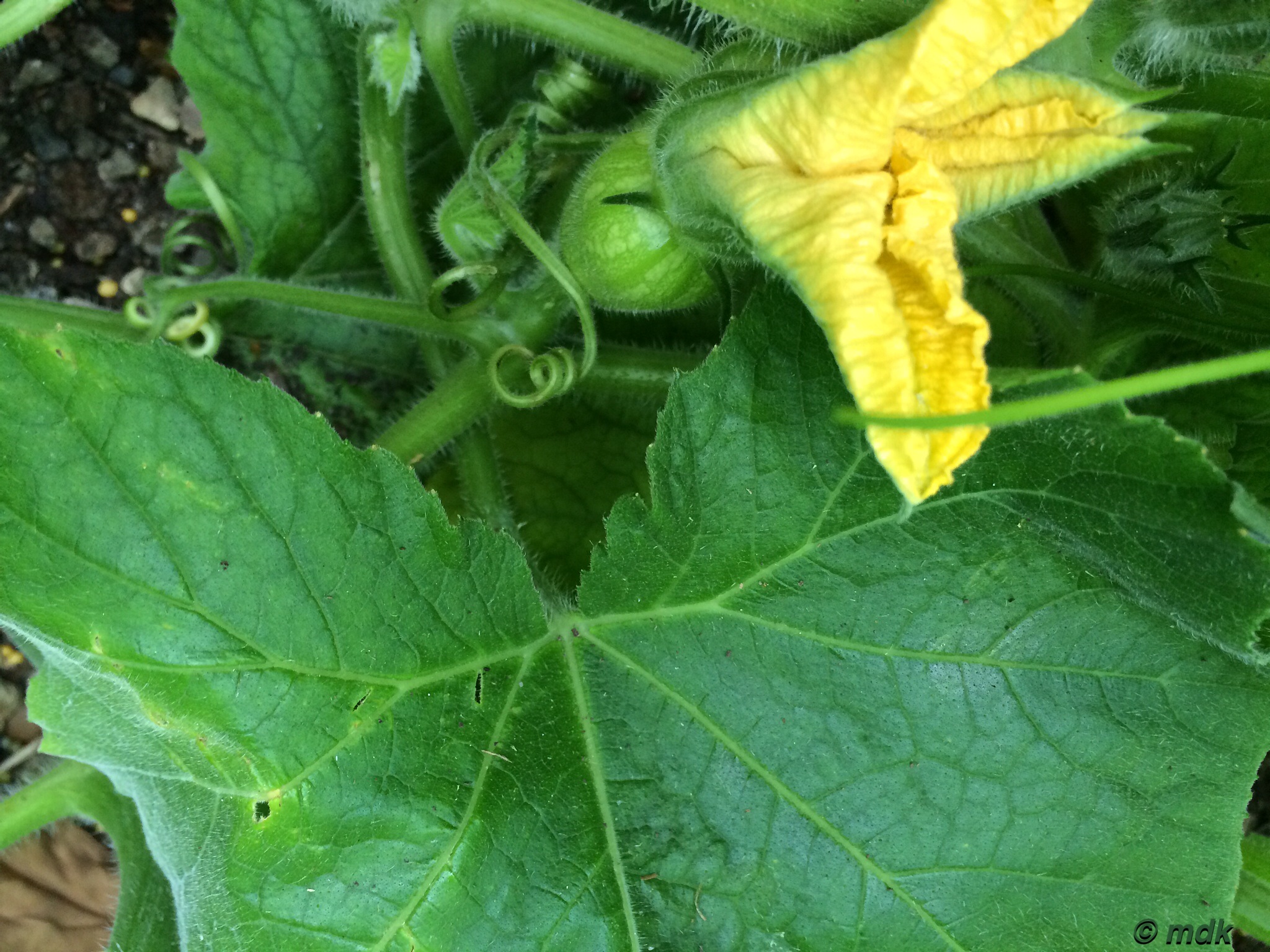 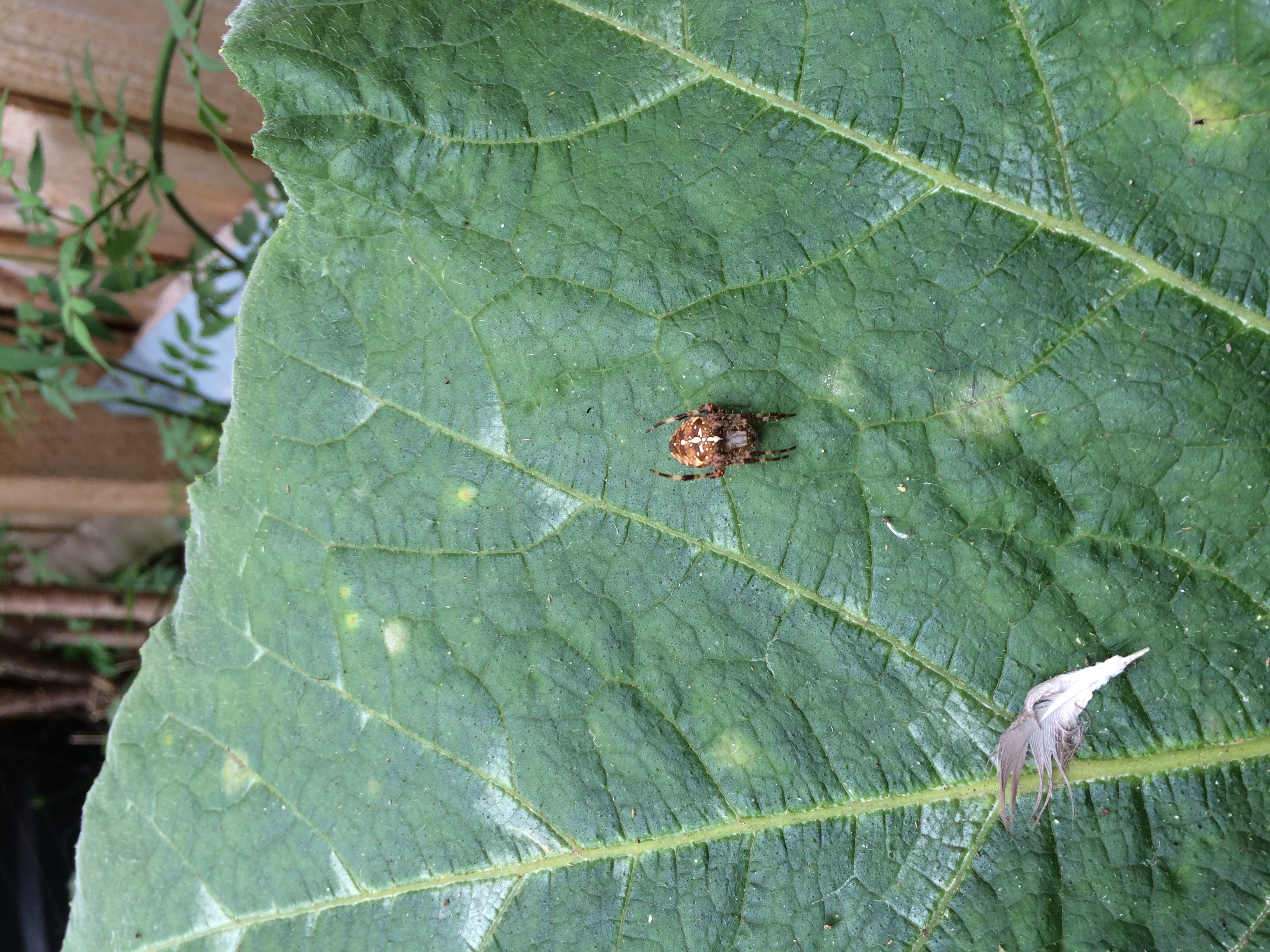 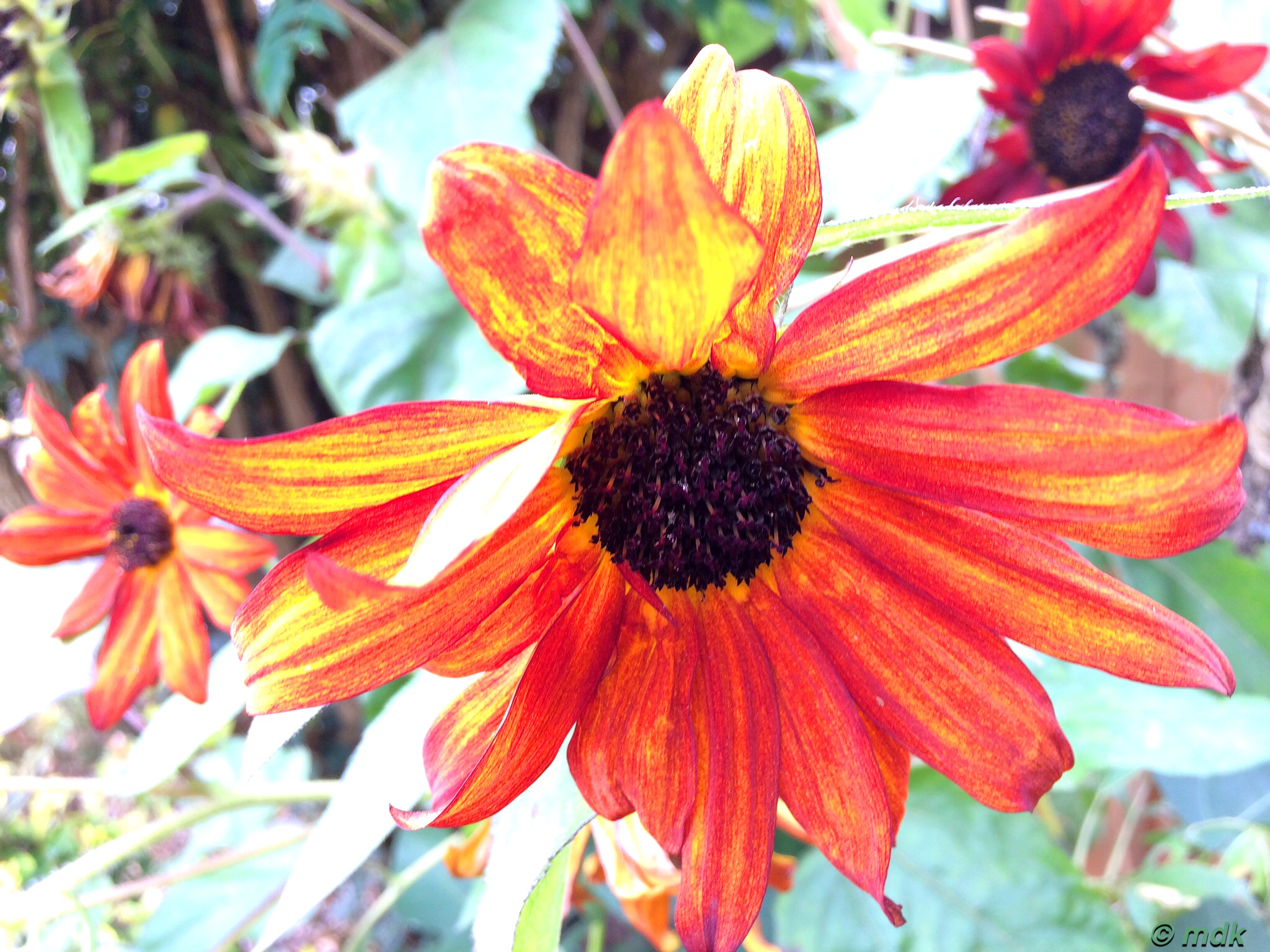 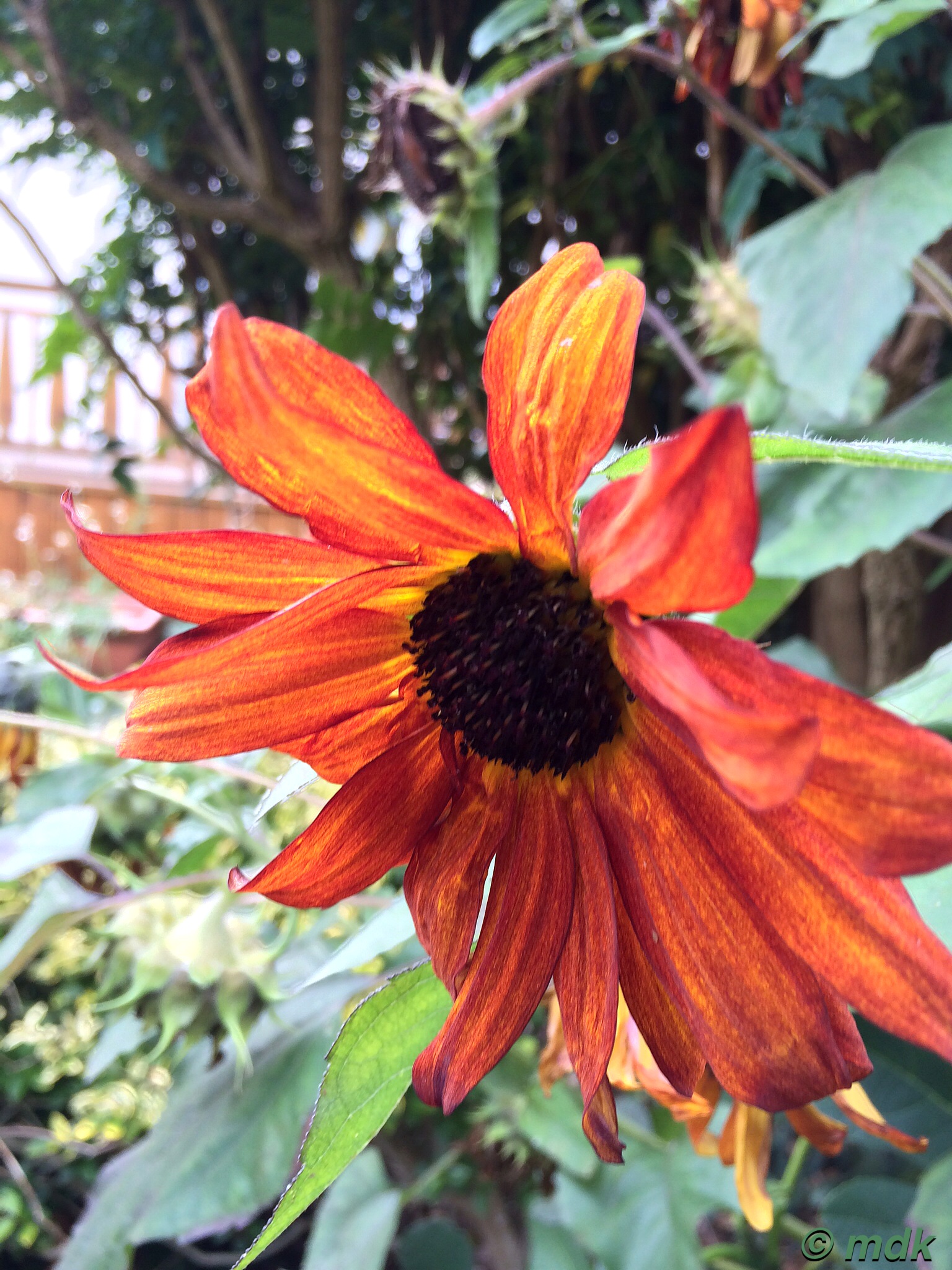 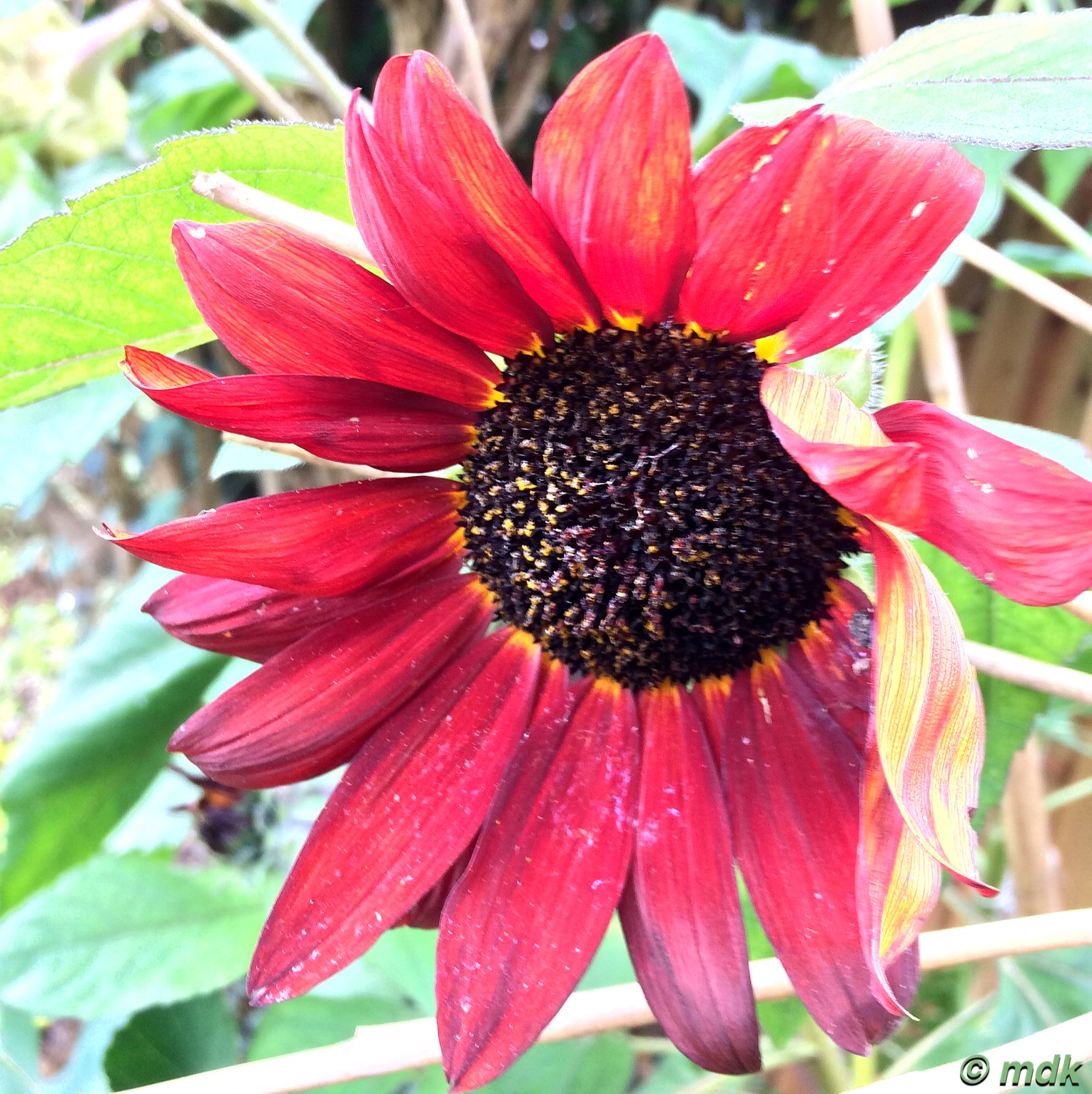 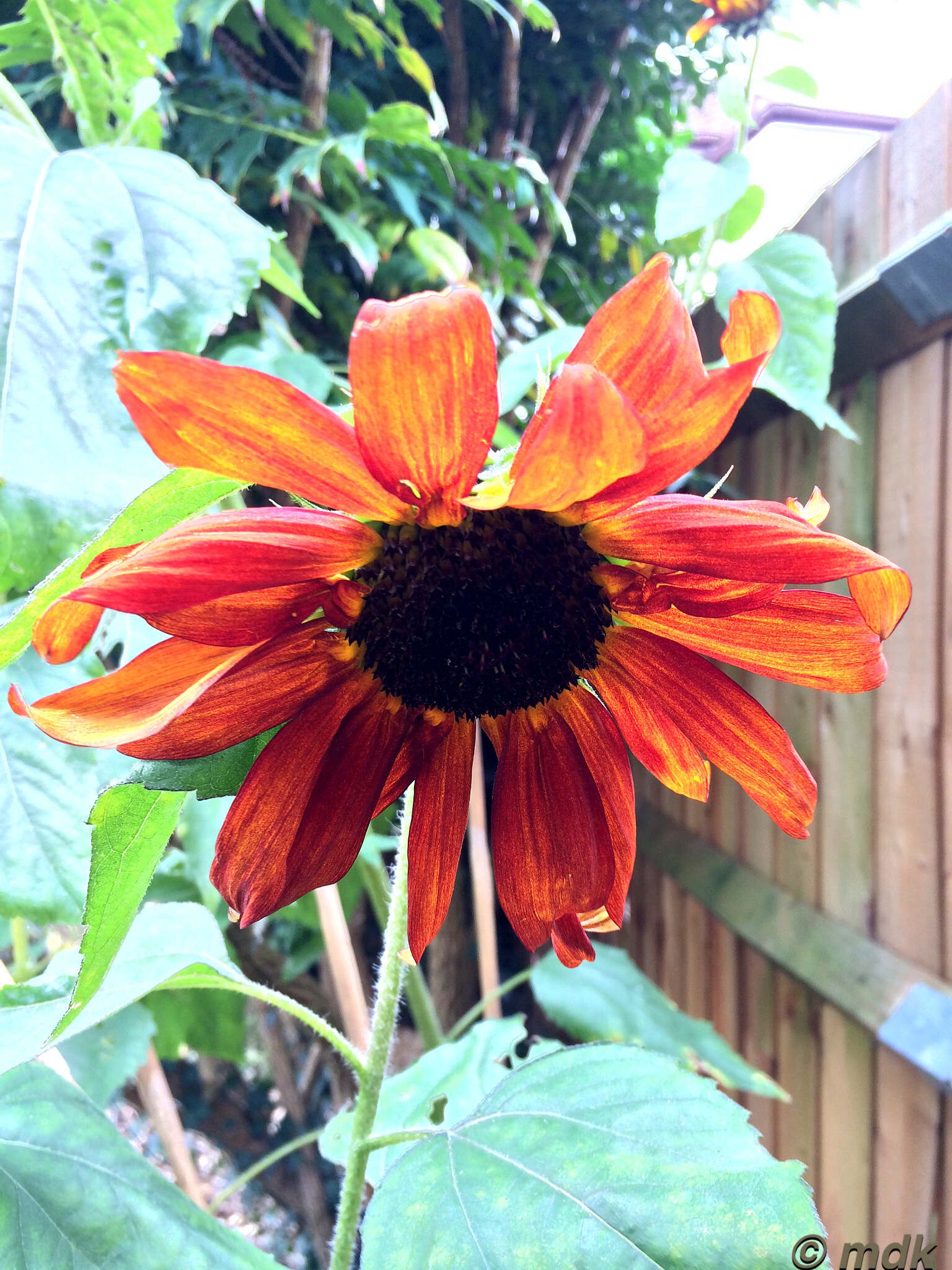 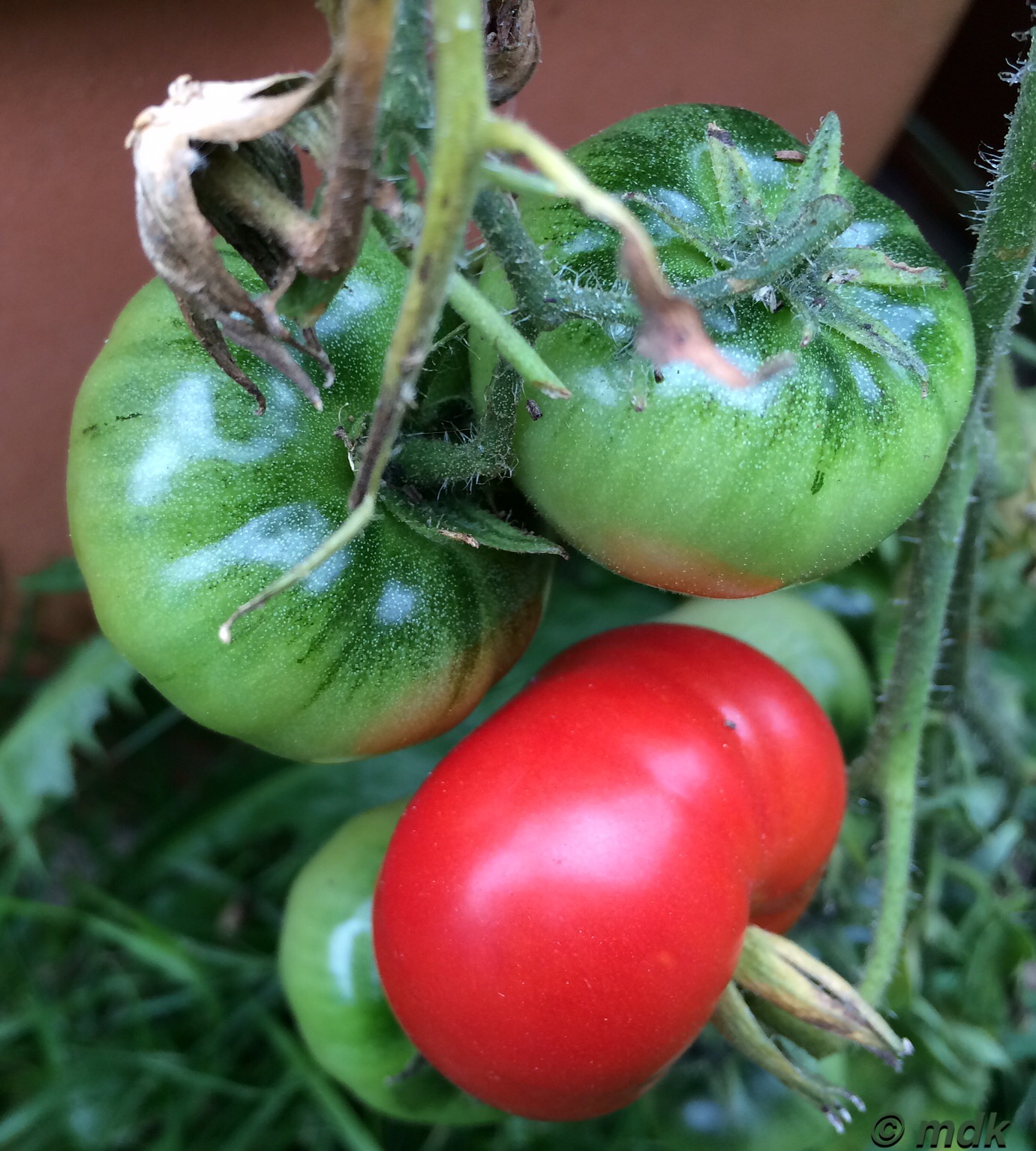 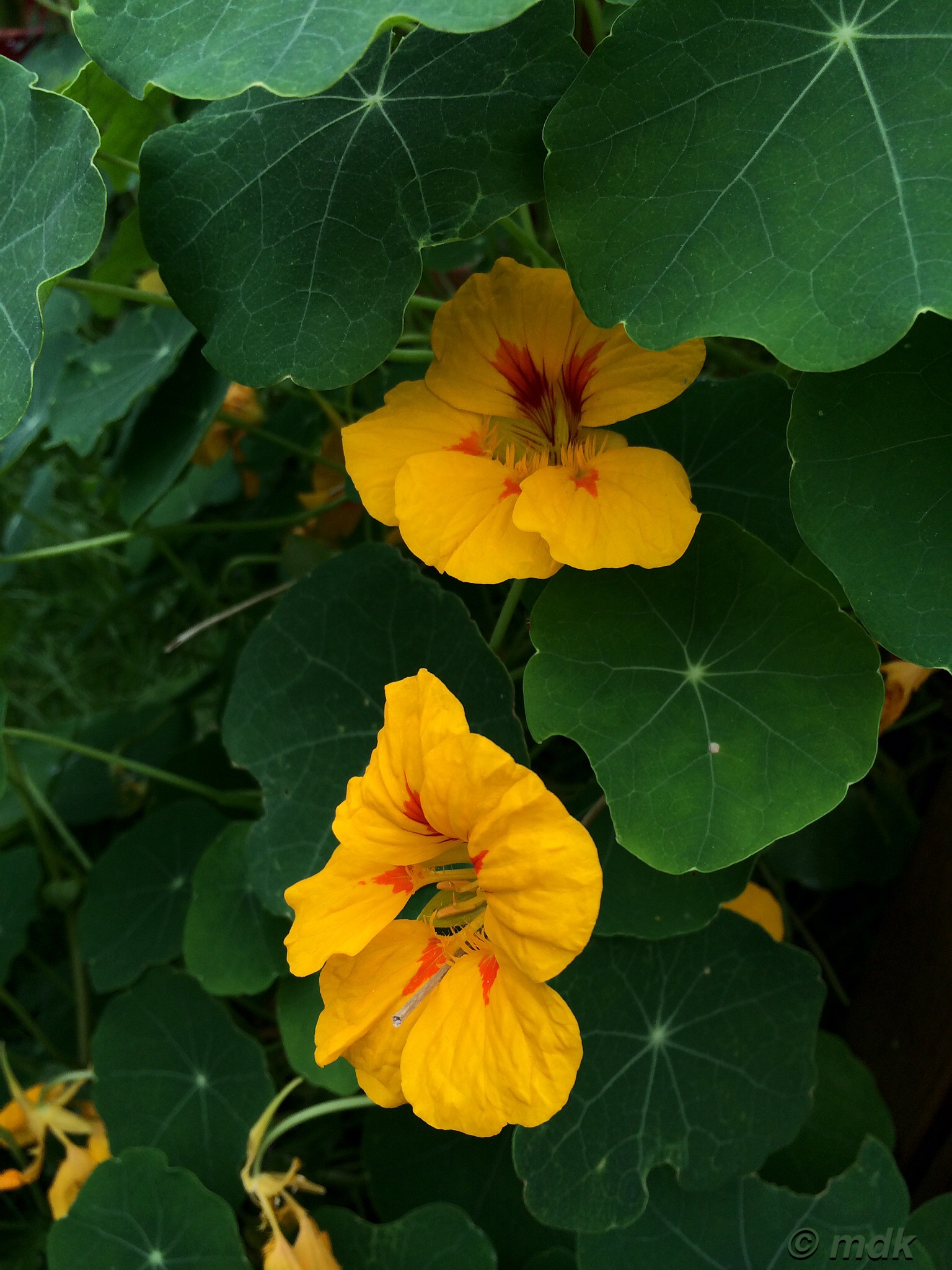 The rest of the day was spent pottering about in the kitchen. Mostly this involved some cooking for the week ahead. There was also some feeding of the freezer, in between coughing and sneezing fits. Even on Sunday I didn’t feel brilliant but, as I hadn’t really been for a walk all week, I decided to take myself off along the river and deliver Sirona’s belated birthday presents. It was beautifully sunny and, almost at once I regretted wearing my jacket. It seems I can’t win when it comes to clothing choices. If I don’t wear a jacket it’s too cold, if I do it’s too not.

Seeing the swans along the river made me realise how much I’d missed them. There wasn’t a single swan on the Rhine or in the German parks, although we did see plenty of ducks. Close to the viewing platform two black swans were on the look out for bread. There was a cygnet sticking close to them but it may have belonged to some of the white, mute swans. For a start, it was grey when I’d expected black and the neck seemed too thick to me. When I Googled black swan cygnets though I wasn’t so sure. They are grey like the cygnets of mute swans and their necks, being fluffy, do seem thicker. Something about its beak looked more black swan than mute swan too. It is just possible that the black swans are breeding. 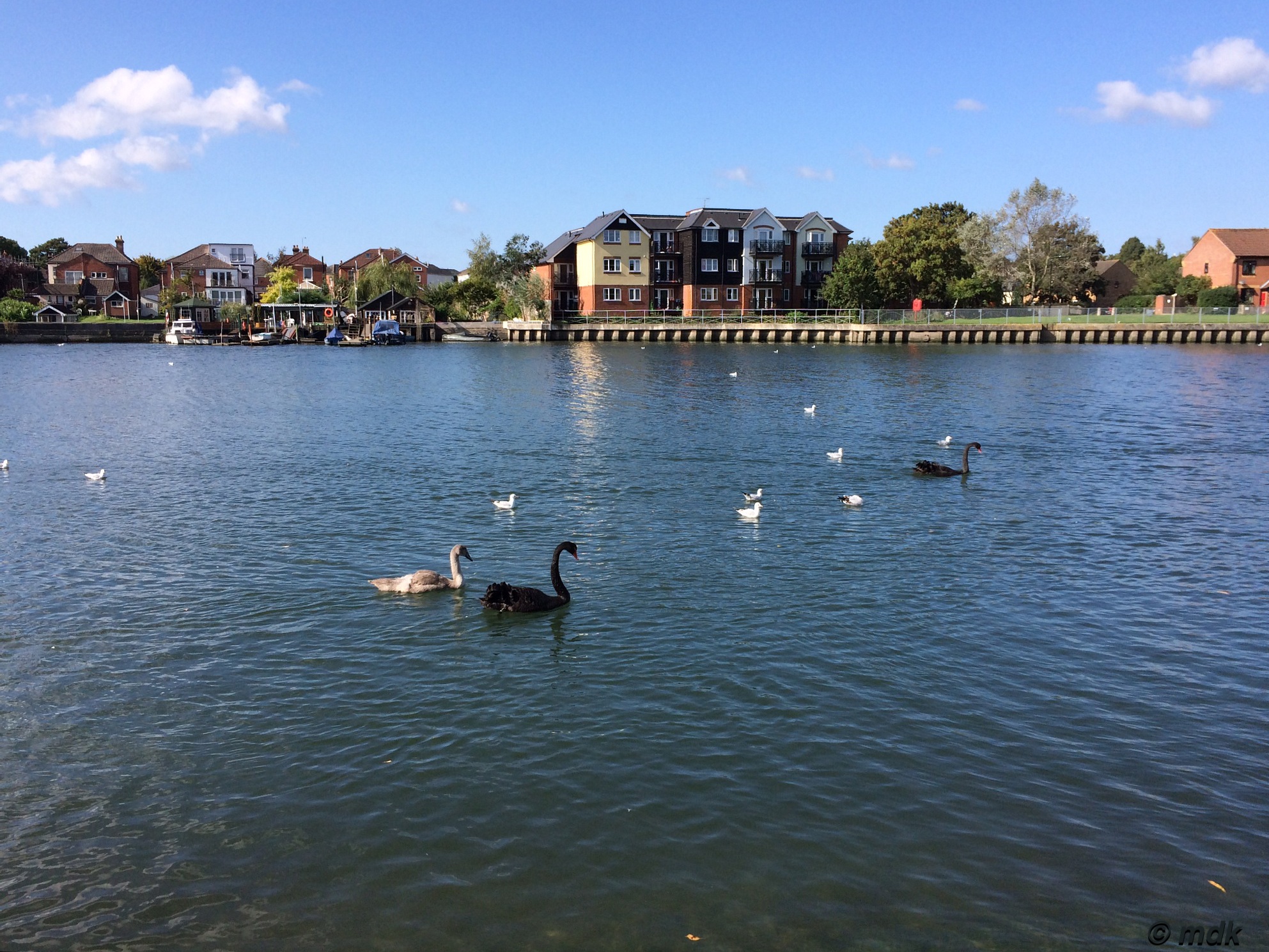 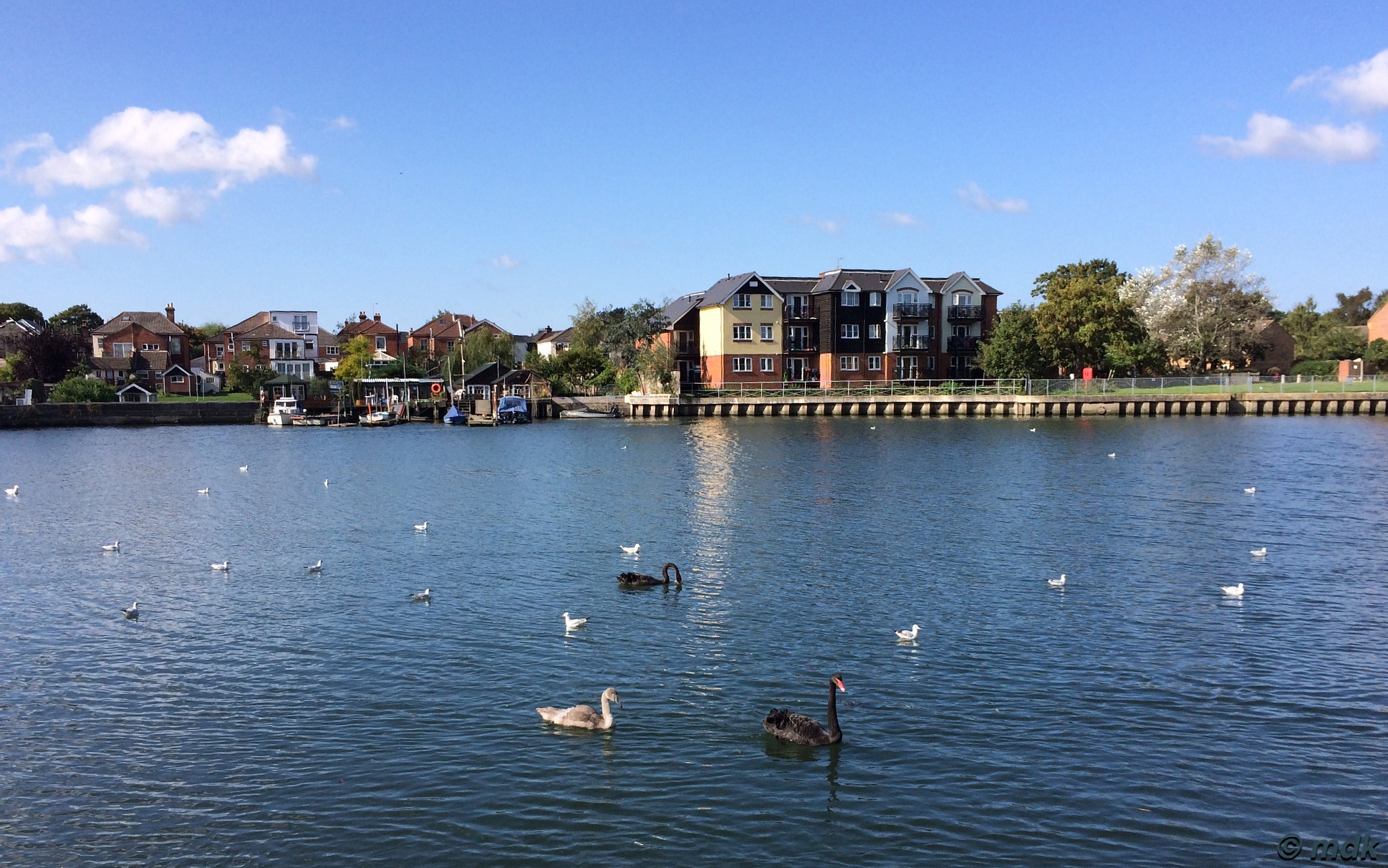 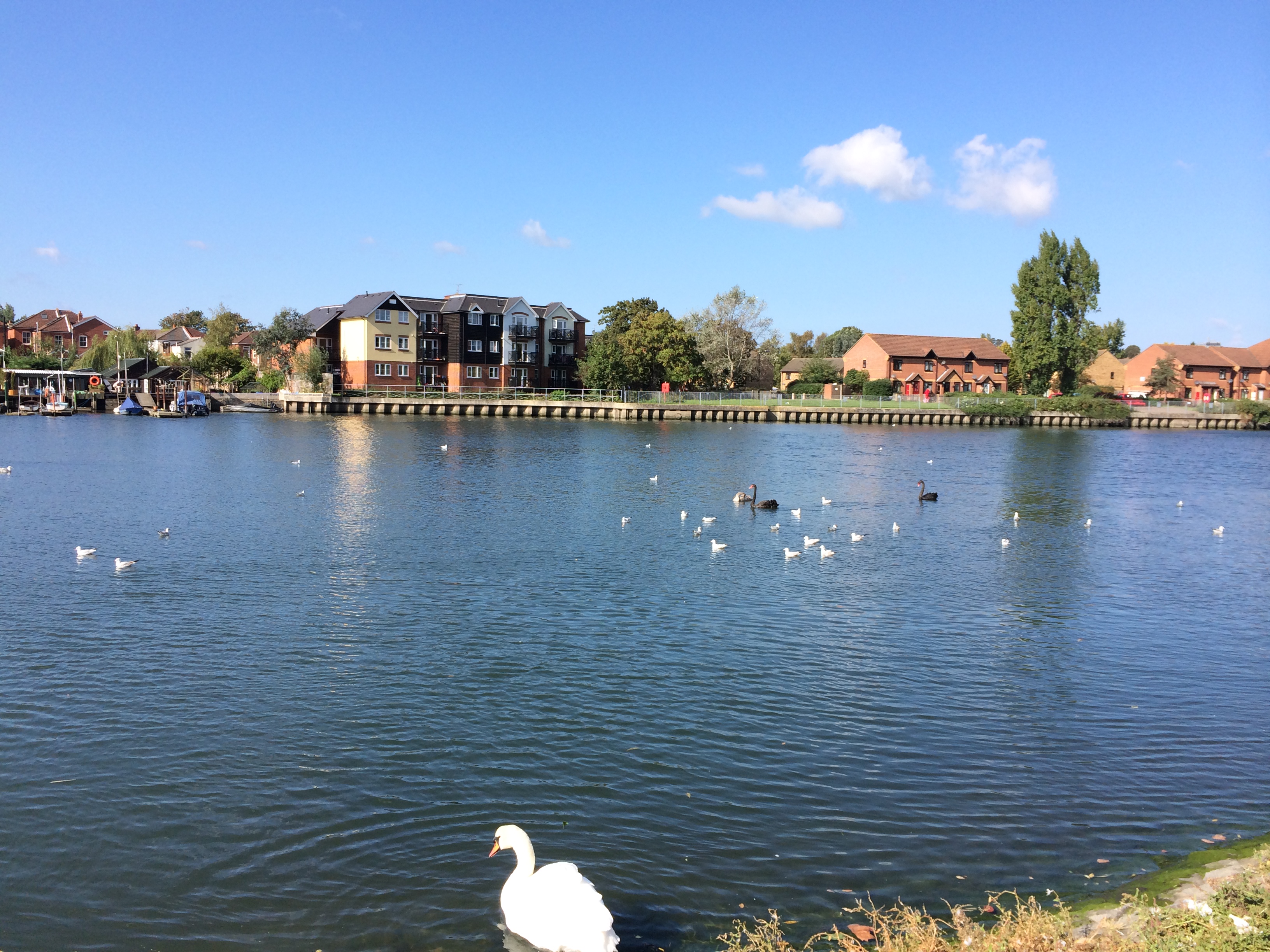 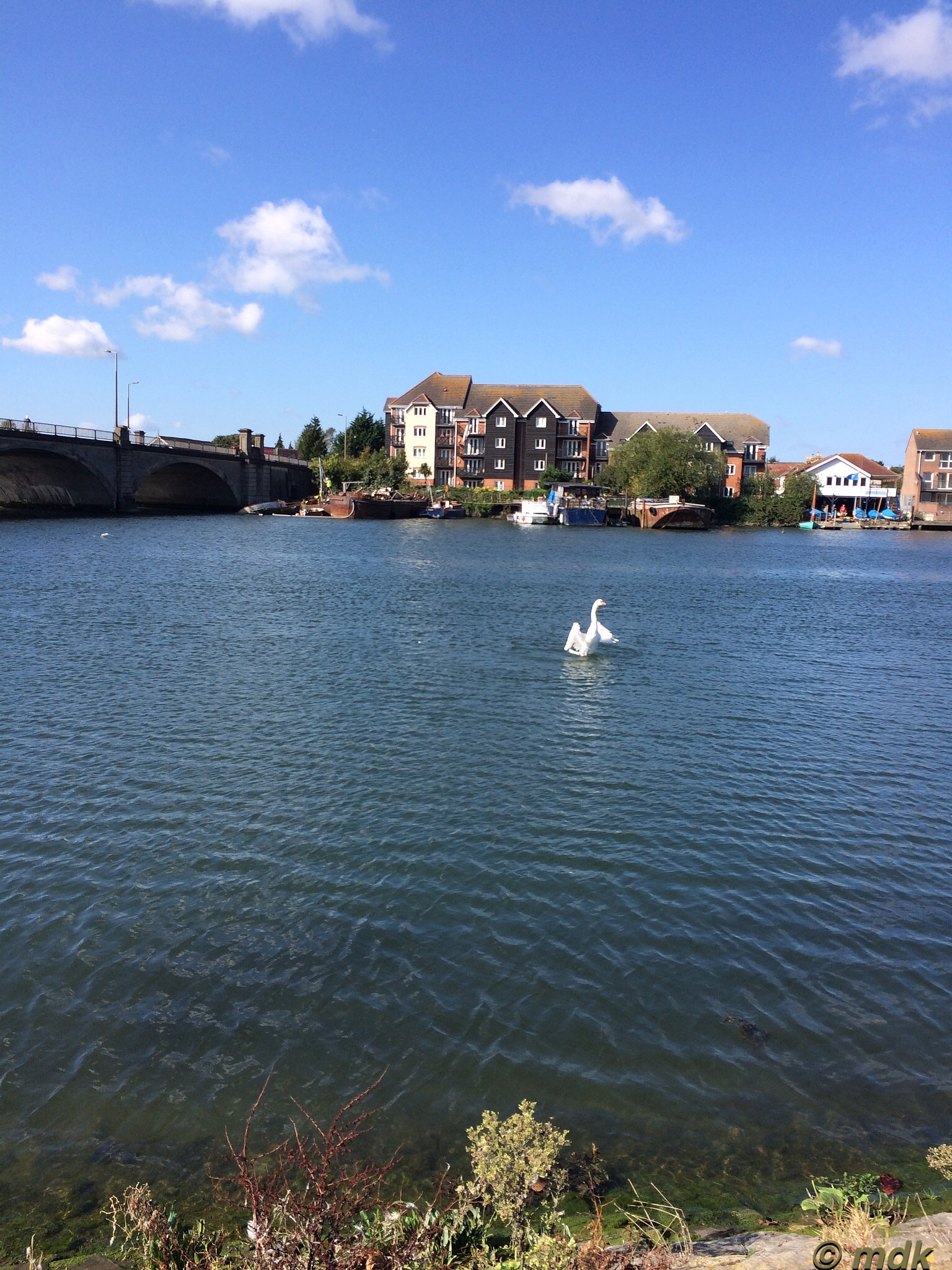 When I got to the green bridge I was feeling tired and my head was beginning to ache. Maybe this walk wasn’t such a great idea after all. I was cheered a little to see a new path has been laid between the green bridge and the blue in the area that becomes impassable at the slightest hint of rain. It looks as if this one might stand up to a bit of flooding but we shall see. 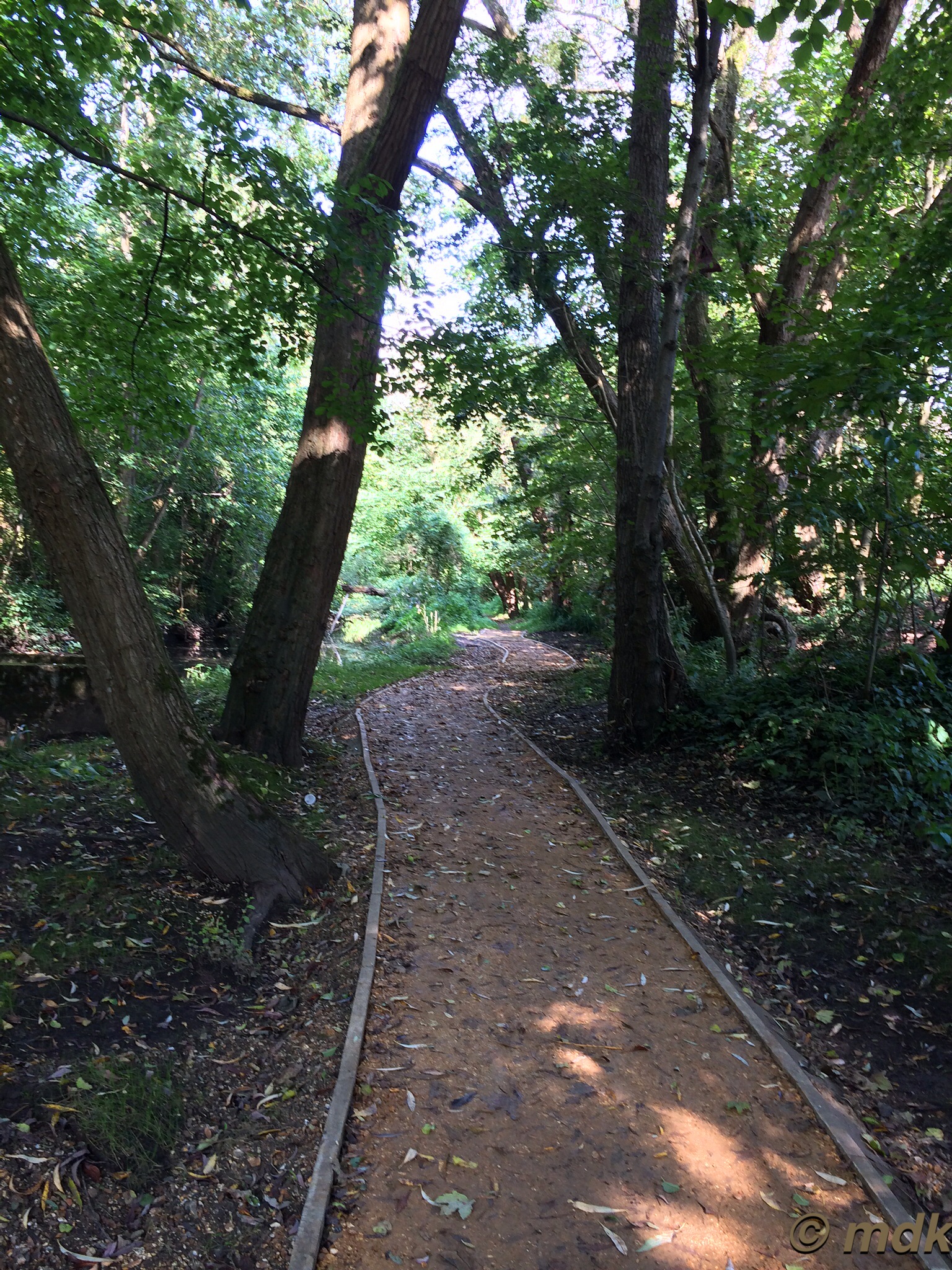 I did make it almost all the way there. Commando came past in his car just after I’d passed Lakeside and gave me a lift the last three quarters of a mile. I’m glad I did go walking though or I’d never have seen the black swan cygnet, if that’s what it was*.

I paid for the walk on Monday, waking with a pounding headache feeling rotten. Even so, I took some headache pills and went food shopping. More cooking and several doses of lemsip and paracetamol to combat the cold were about the measure of the day. I went to bed early full of plans to go for a medium length walk the next day.

As it turned out the weather had different ideas on Tuesday morning. As I was still full of cold, I didn’t think it wise to go out in the misty rain. By the time things cleared up there wasn’t time for a long walk so I contented myself with going into town to pick up some new toothbrush heads and a few bits and pieces. I did stop in the enchanted park for a coffee before I returned home. It was about lunch time and reminded me of all the lunch breaks I’d spent sipping coffee in this lovely park. A touch of melancholy crept over me and I didn’t even bother to take any photos.

Today was the day of reckoning. My time off had come to an end. To be honest I felt a little cheesed off that I hadn’t managed to fit in any of the walks I’d planned or nearly as much other exercise. So it was back to work, dragging myself somewhat reluctantly along the boardwalk to the office. I saw Paddy and his master in the distance but not close enough to say hello to and there wasn’t a single swan in sight. In the office it was mostly about catching up with emails, lots of them. There was a call from an old man who mostly wanted to chat and another from a woman who spent the whole call loudly eating her dinner. Other than that it was situation normal until seven when it was time to go home. 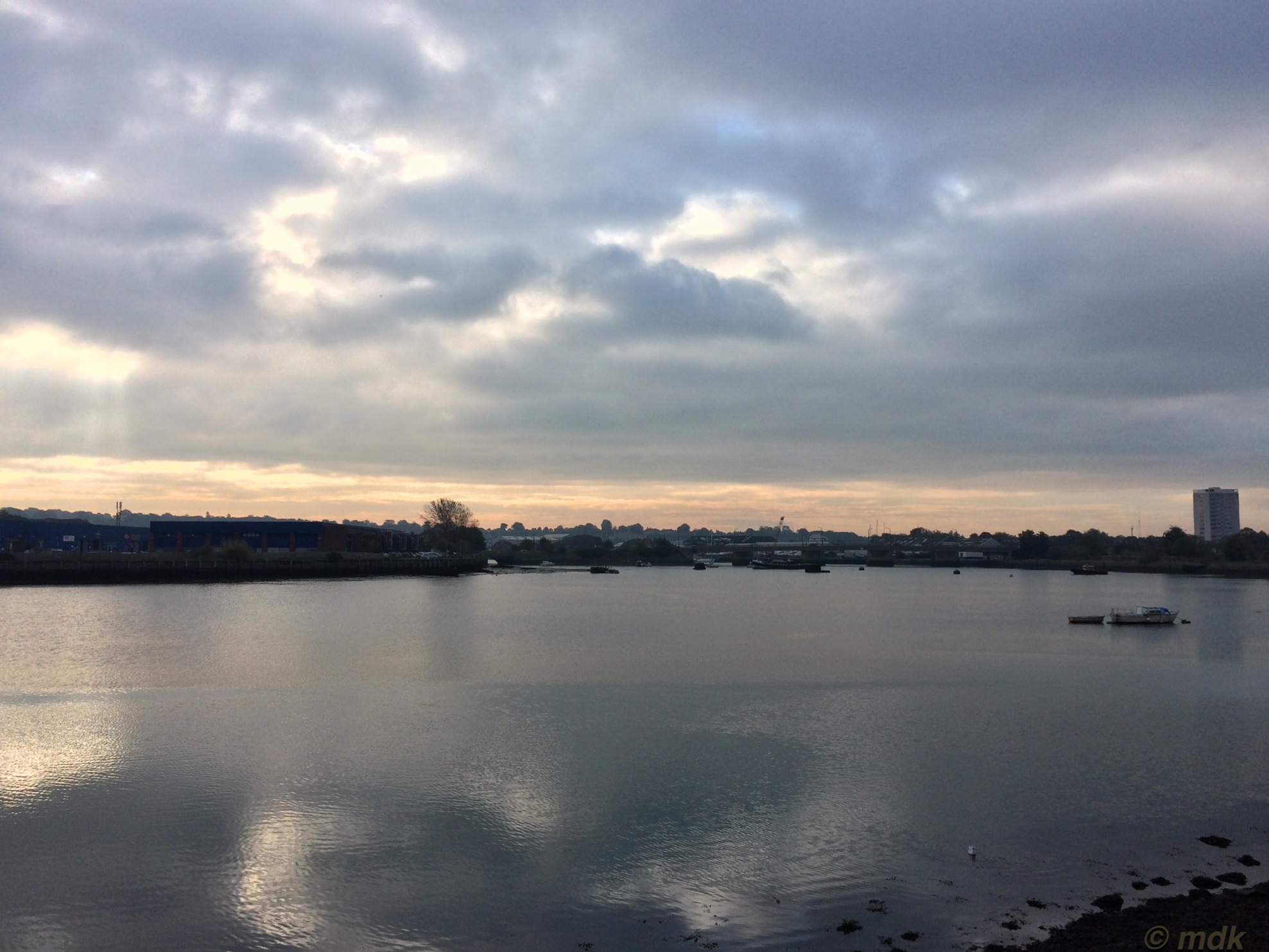 The day ended with a rather beautiful sunset and plenty of coughing and sneezing. Let’s hope these blasted German germs stop breeding soon. 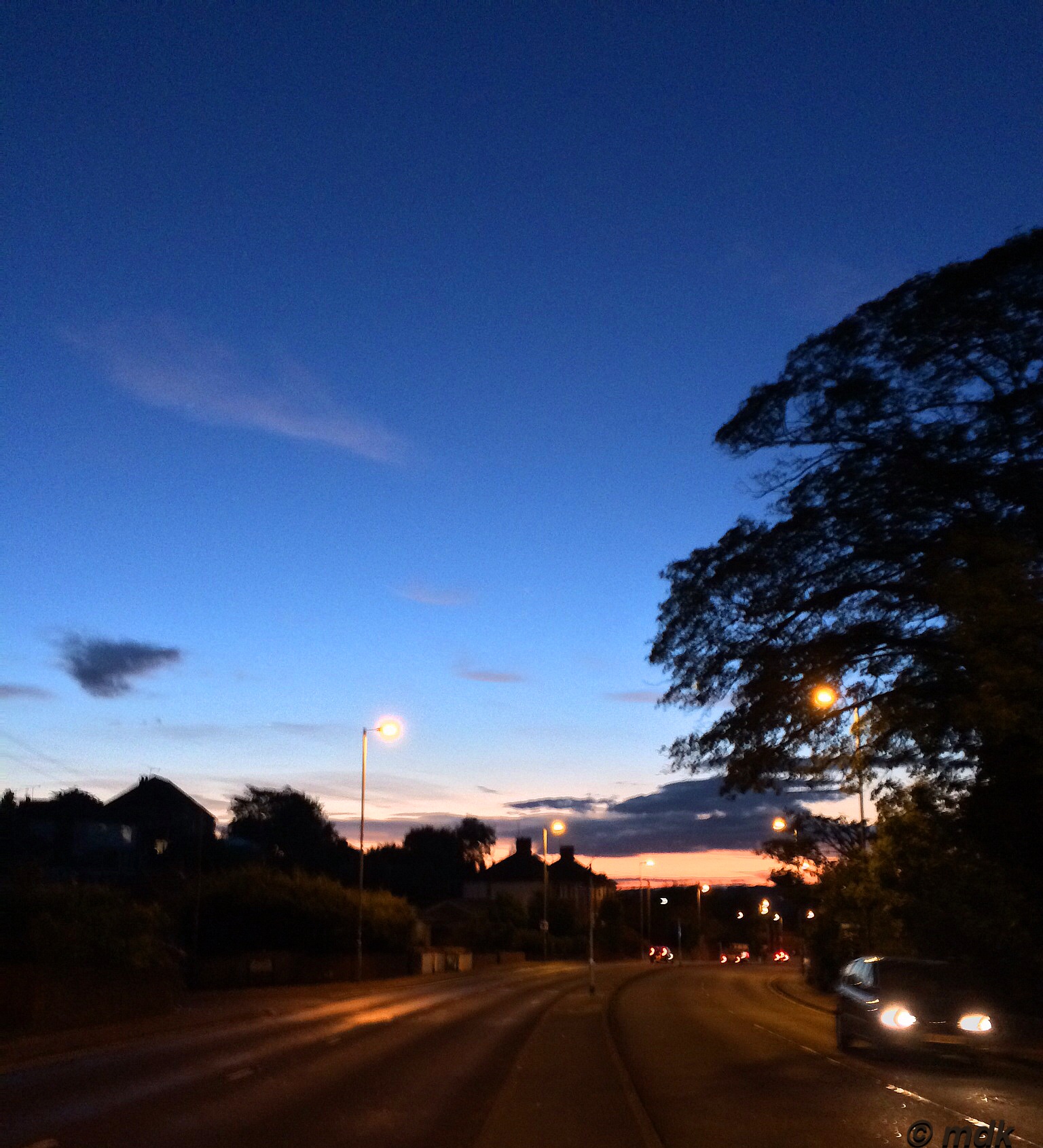 * the cygnet I saw was not a black swan cygnet after all. In 2015 they did breed though, you can see them here.