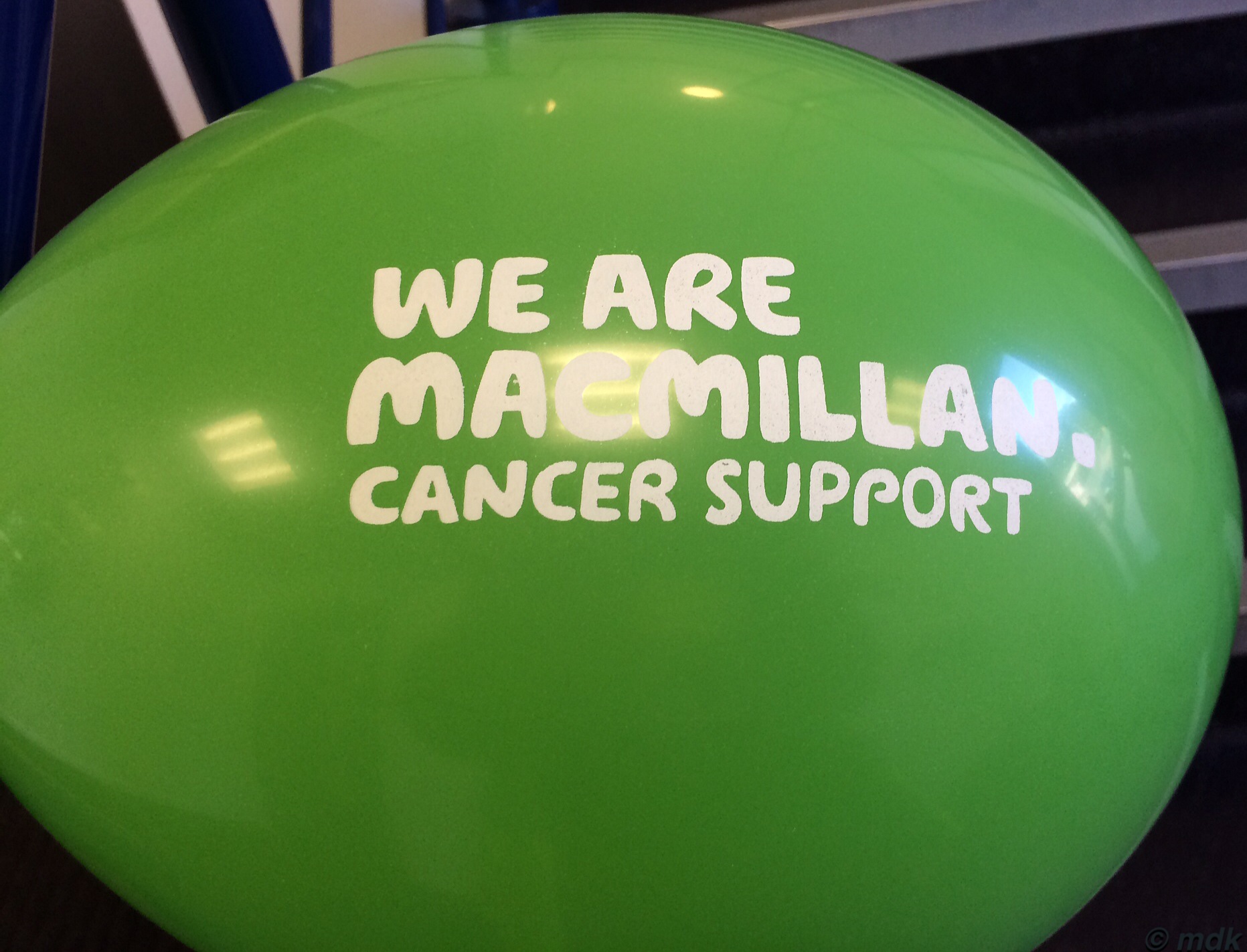 The MacMillan coffee morning in September 2014 had me thinking about my last days at Silver Helm when we organised a MacMillan afternoon tea on the ship. This meant the day was tinged with sadness at what might have been and missing all the fun we had. The melancholy couldn’t last, not when Mia came into the office dressed as a dragon anyway. It’s not every day you share an office with a dragon after all. Mind you, she did get rather hot in her costume and, by lunch time, had had to peel the top part down. 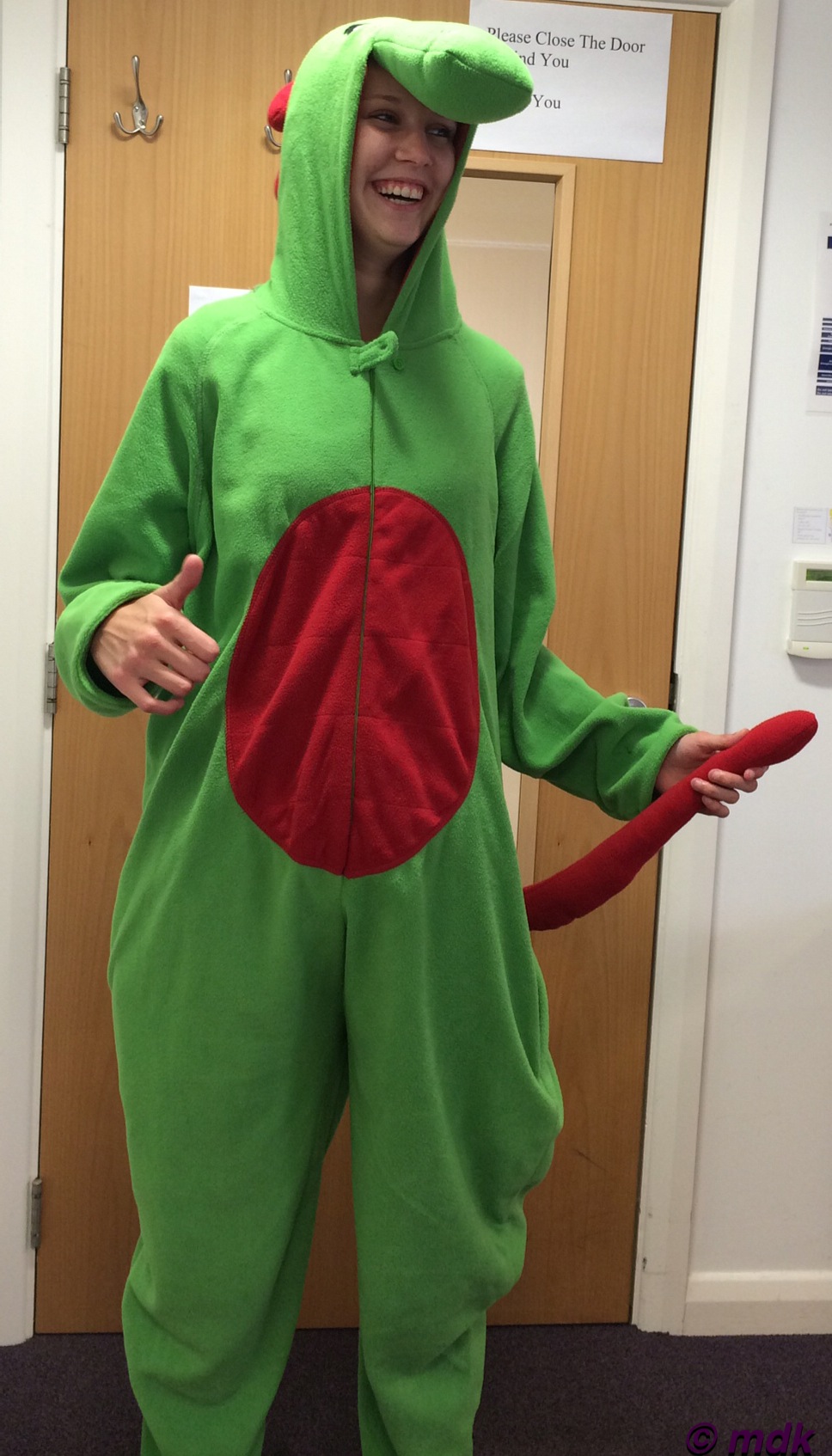 There were cakes, so I had to go to the loo with one eye closed to walk past them. Because of this I missed something quite vital. Someone had brought in a coffee machine and there was real coffee. You’d have thought my nose would have told me but the German germs mean it’s a little blocked so my olfactory coffee detection skills are not quite what they normally are. Luckily the big boss came in and noticed for me, she’s partial to a cake and a coffee herself. A latte and a biscuit mysteriously appeared on my desk to join the strepsils, lip balm and balm for my poor sore nose. 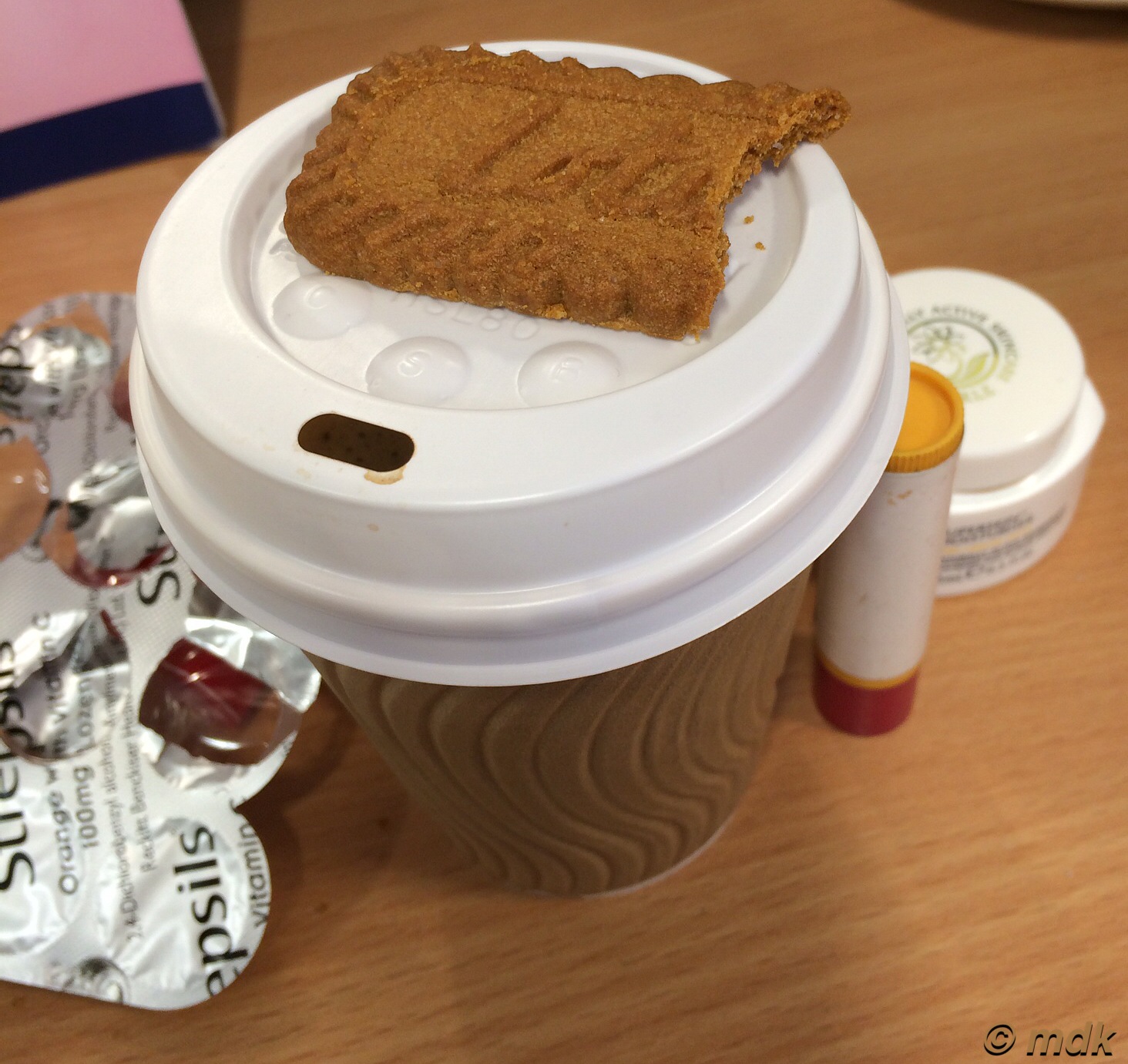 Despite the cakes and the dragon we still had to contend with the normal stream of phone calls and emails, most of which are, of course, complaints. Some complaints are funny, others are downright annoying. The one that sticks in my mind from Thursday was one of the latter and it made me feel angry for quite a while. A woman was ‘disgusted’ that wheelchair users should have priority over people like her with pushchairs in the wheelchair bays on our buses.

She couldn’t understand why she should have to go to all the trouble of folding her pushchair up just so someone in a wheelchair could get on the bus, especially as ‘they’re usually old so they don’t have to pay and I do.’ I pity her poor children having such a self centred, small minded mother. Hopefully she or her children will never need to use a wheelchair and find out how hard it is. Sadly, it took me a while to calm down. In fact it drove me to go out to the cake table and grab a cake. Still, it was only a tiny meringue type biscuit so I guess not too much harm was done.

The darker evenings are drawing in and, by the time I left the office, it was almost dark. Jess gave me a lift home and dropped me off in the lay by across the road from my house. The street lights lit my way as I walked along the Main Road. Sadly there was no beautiful sunset but the swirling dark clouds had a beauty of their own. 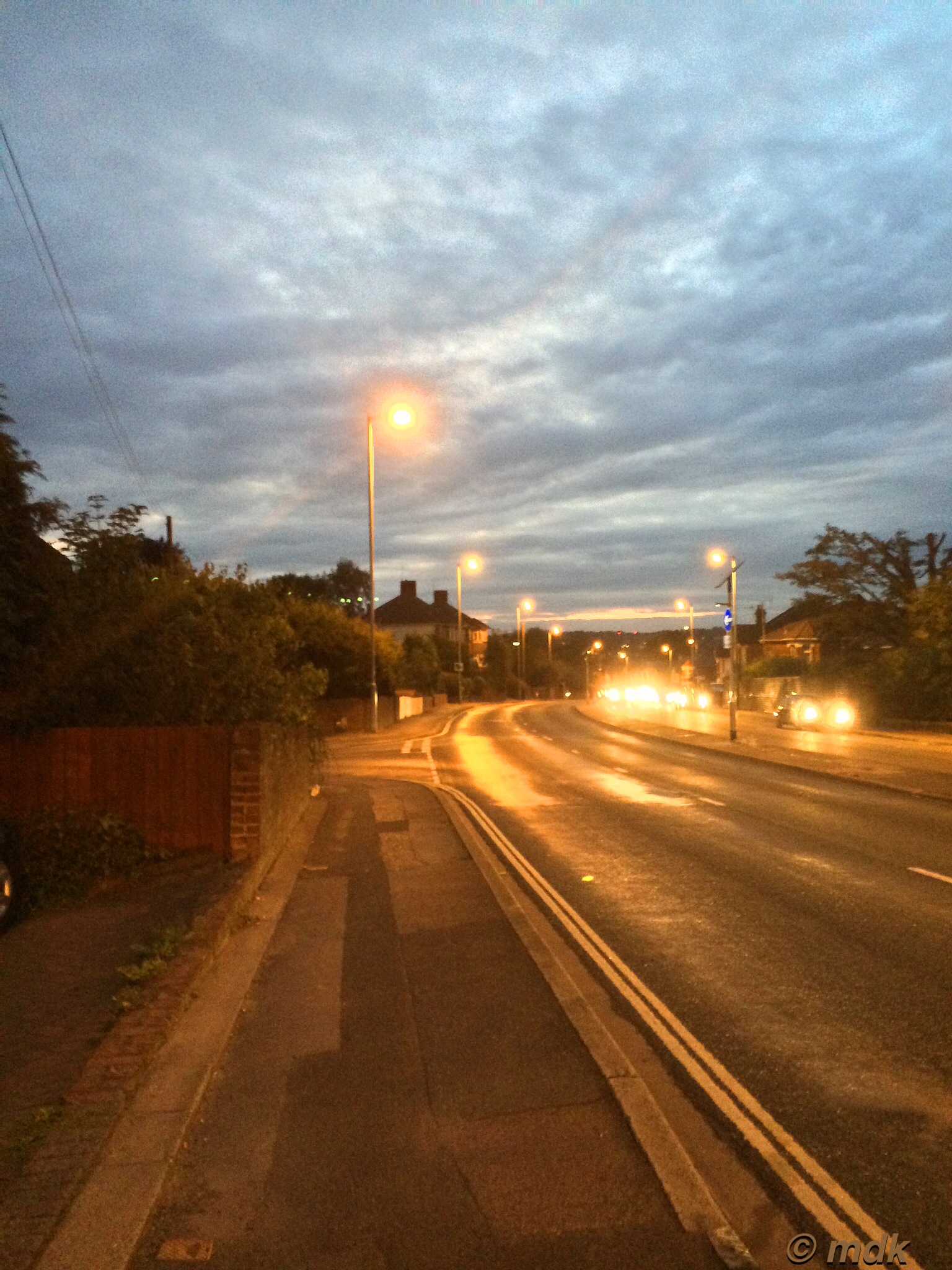 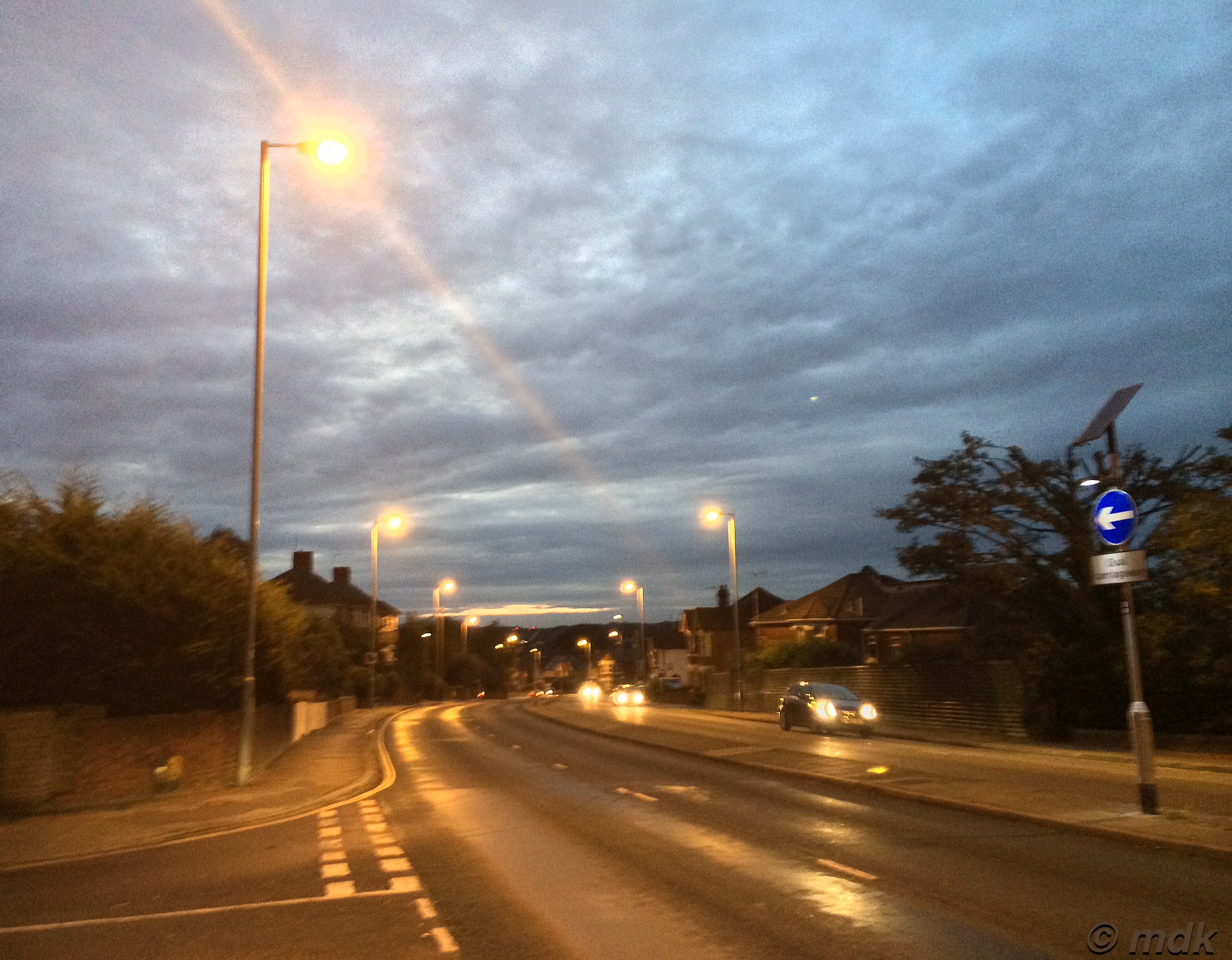 Those clouds were still there on Friday morning, making it a dull and dingy walk to work. A lone swan brightened my day as I headed towards the boardwalk though and a few more were out on the river as I passed Suki II. At work the phones were busy, meaning the emails didn’t get as much attention as they deserved. The majority of the calls were about lost property. 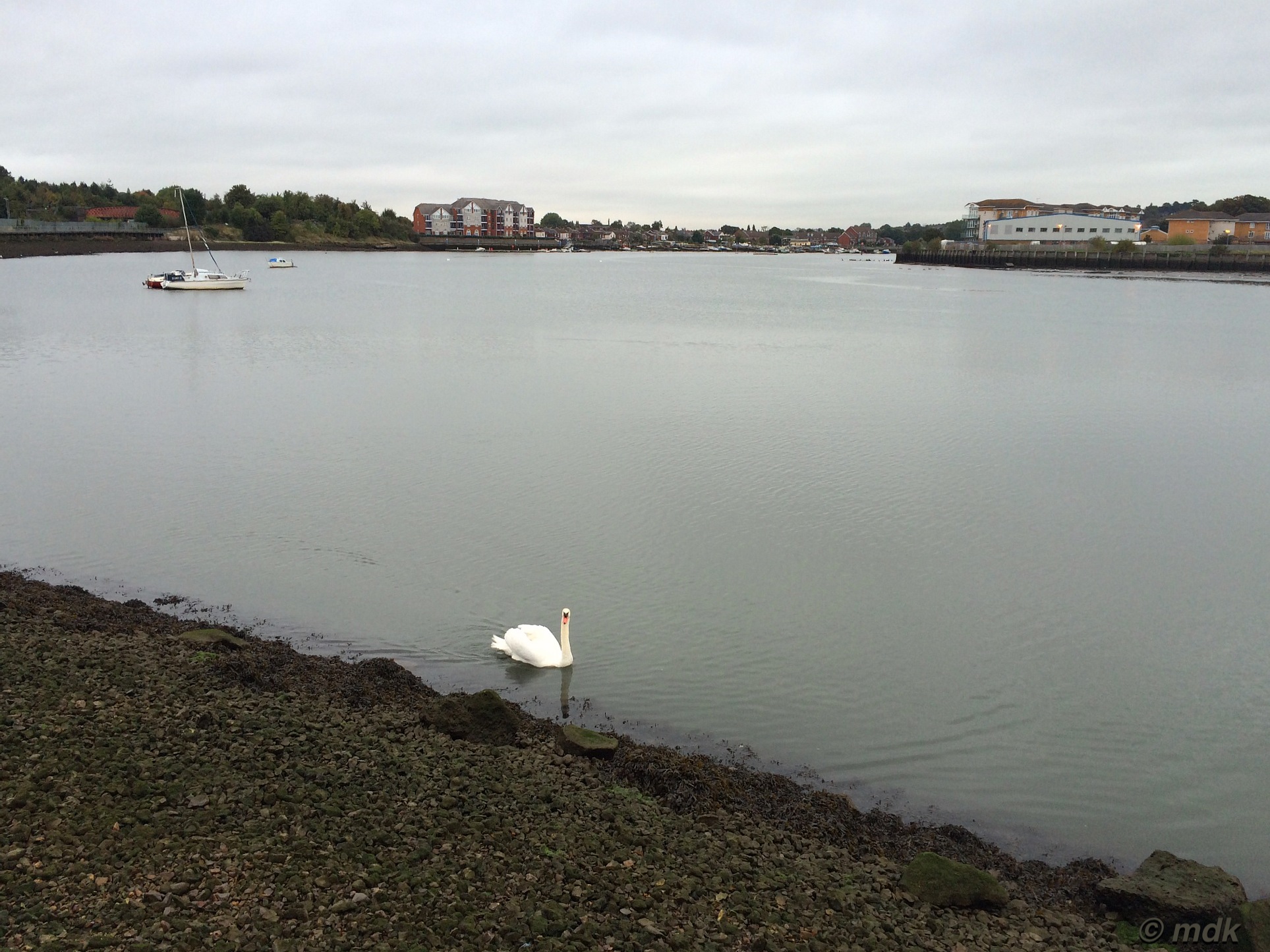 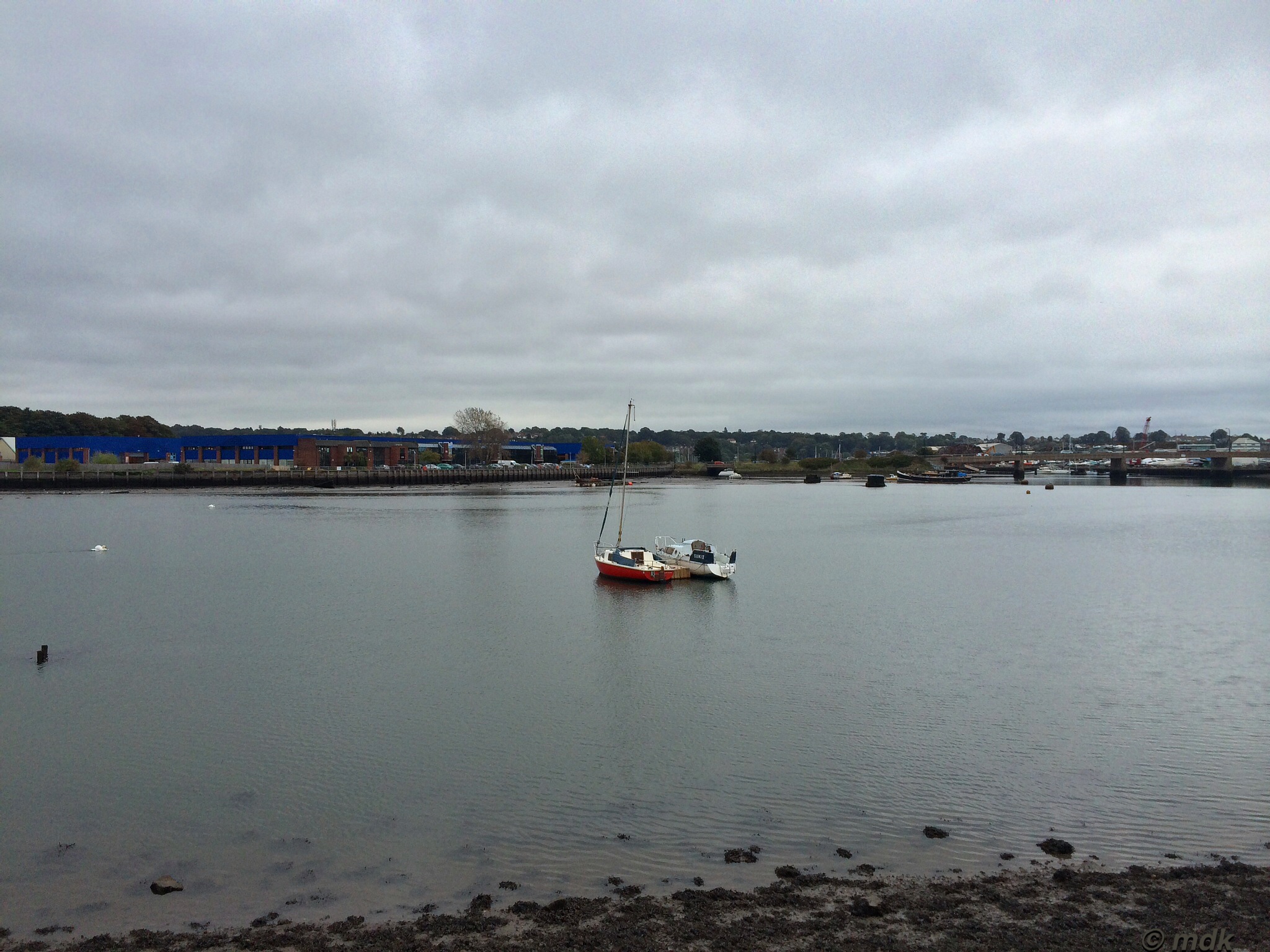 Lost property is a strange thing. Some days there seems to be hardly any and others, like Friday, everyone that gets on a bus seems to leave something behind. Perhaps they put something in the water on certain days, or maybe there’s some kind of subliminal message being put on TV that makes people do it. Then again it could be an alien mind ray? Whatever it is it makes people terribly careless with things you’d think they’d keep close watch over.

One man with a middle eastern accent called to say he’d left his bag on the bus. He’d been on his way to Heathrow airport and had somehow got off the bus without his bag. When I asked what kind of bag it was he said, “a black rucksack.” Now, call me pessimistic if you like, but I couldn’t help thinking a black rucksack left on a bus at Heathrow airport was most likely surrounded by police dogs and bomb disposal men as we spoke. It felt a bit mean to tell him his bag was probably going to be subject to a controlled explosion so I gave him the lost property number. Maybe his grasp of a English was too poor to understand all the signs and announcements about unattended baggage.

Jess left early and Commando was busy at home so I had to walk back in the dark. The light was fading as I left the office and, by the time I got over Horseshoe Bridge, the street lights had come on. I couldn’t resist a shot through the fence as I walked along the river’s edge on the last leg of my journey. The lights reflected in the water and the sliver of gold beneath the clouds looked so pretty. Commando was waiting for me by the Main Road. He hadn’t realised how dark it had got and was a little worried about me walking on my own. Funnily enough I didn’t mind at all. 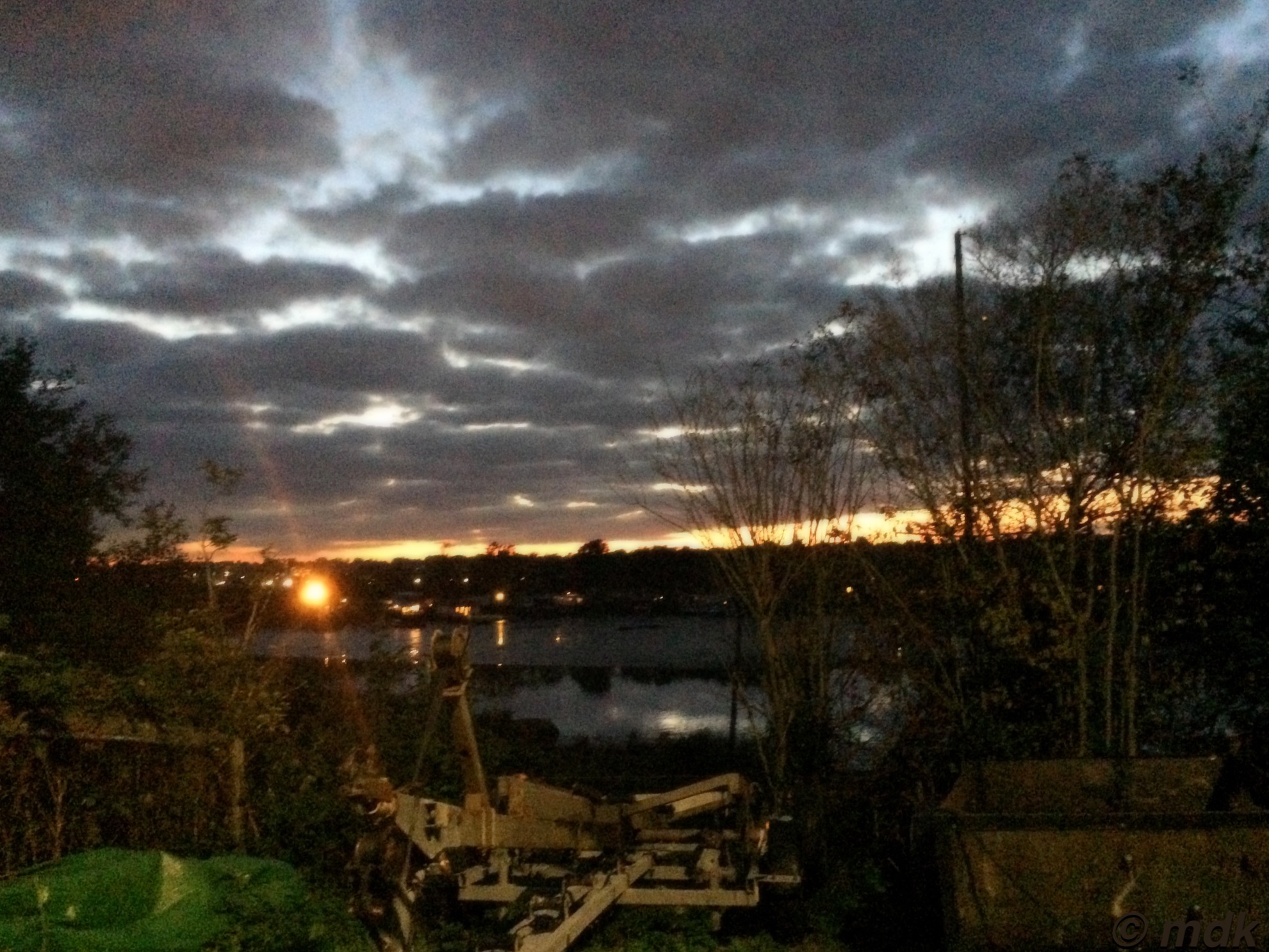 Getting up at five wasn’t any easier this Saturday than it had been the first time I had to do it a few weeks ago but I reminded myself of the lovely sunrise I’d seen then. After two Saturdays not working though the mornings have got considerably darker and, when I left home just after six, the sky was still completely black. Memories of walks to work across the Big Bridge with the sun coming up made me walk that way in the hope dawn would be breaking by the time I got that far.

It was beginning to get light by the time I got to the bridge and the street lights went out just as I reached the other side but there was no sun to be seen. The sky stayed a resolute shade of dark grey, much to my disappointment. In fact I wondered if choosing to walk across the boardwalk in such poor light was a good idea.

By the time I got there it was a little lighter, though not what you would call daylight by any stretch of the imagination. There wasn’t a soul about as I walked across and the clouds above looked suspiciously like the same ones I’d seen the night before. The air was completely still and the river like glass, reflecting the clouds and the lights from the buildings across the water. As I climbed the slope I was surprised to see a single oxeye daisy, like a bright beacon in the darkness. All its companions have long since shrivelled and spread their seeds. 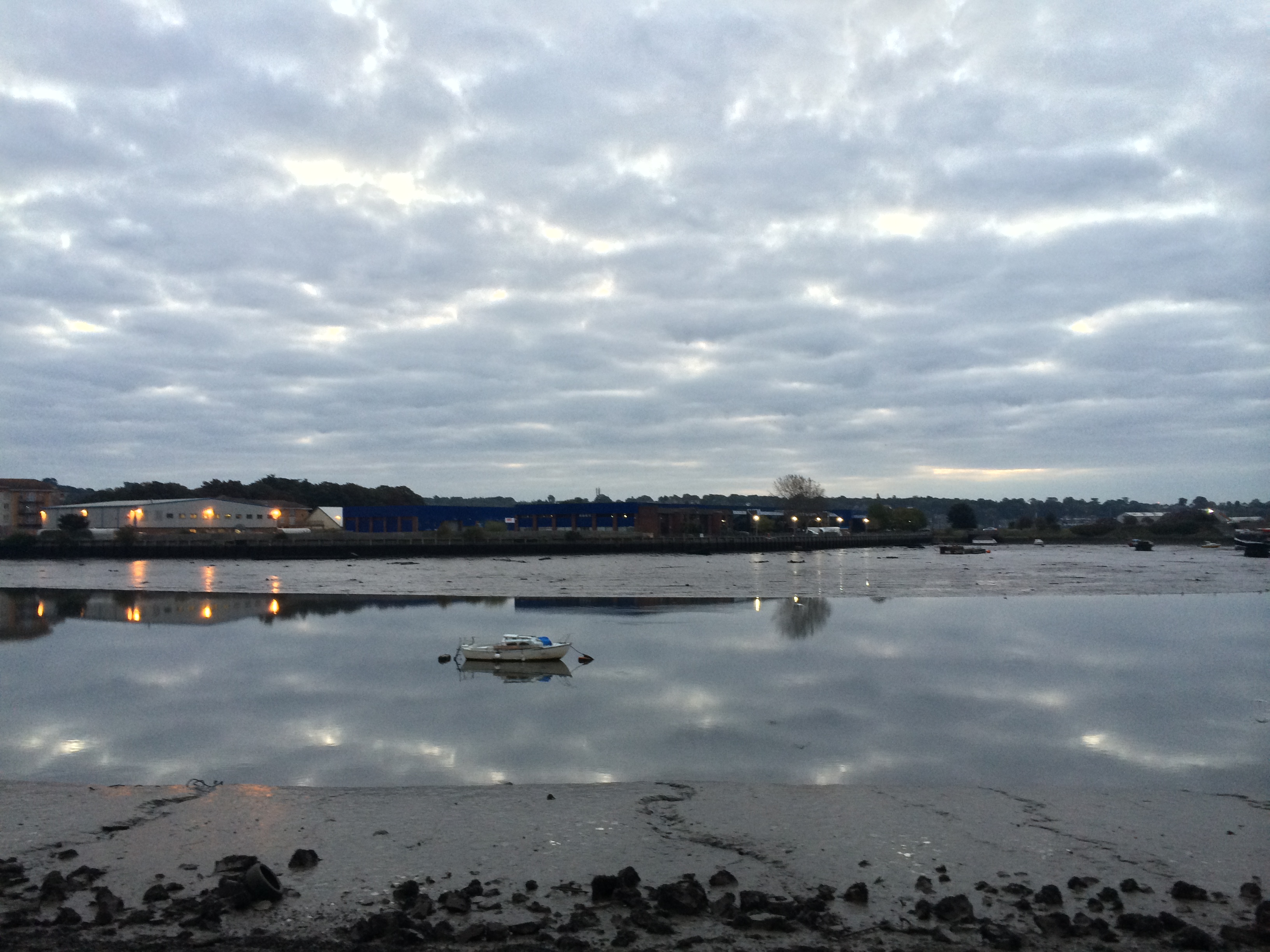 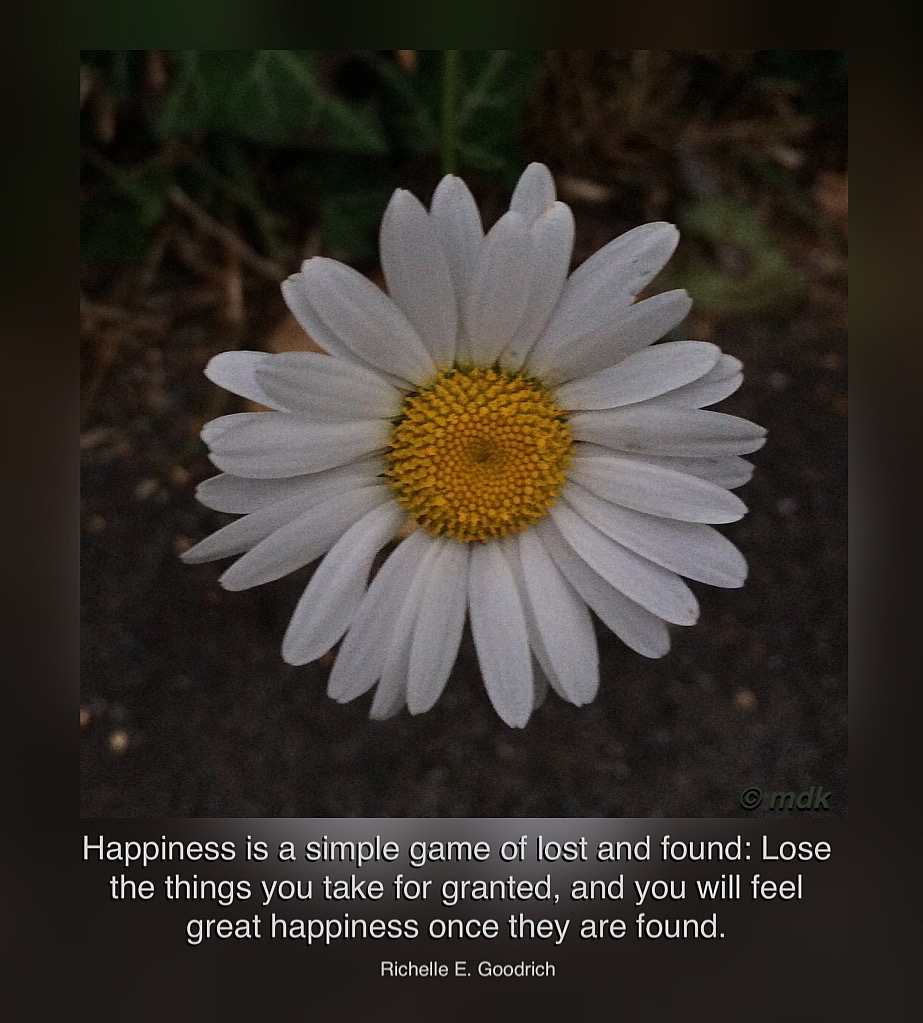 It was another busy day. In part this was down to some road works on one of the major roads in Bristol. Seriously, I swear if someone drops a handkerchief in Bristol it causes gridlock, you can imagine the chaos when one of the main roads is closed. Sadly, the people catching buses don’t seem to understand this fact and we spent quite a lot of time placating them and trying to explain. The sooner they invent hover buses the better as far as I’m concerned.

The lost property phenomenon was still very much in evidence too. Bus passes and purses seem to be the order of the day with a couple of odd items thrown in for a bit of variety. One man had left his week’s shopping and was worried about his frozen peas defrosting. An elderly lady had lost her walking stick, “I can’t walk without it,” she said. This made me wonder how she’d managed to get off the bus but, of course, I didn’t say that.

The day flew by and I completely forgot I’d started at seven. When Elaine asked me if I was taking a lunch break and I looked at the clock I was surprised to see it was almost three o’clock. With only two hours to go until I went home it was a little late for lunch but I did go outside to stretch my legs. The sound of cheers drifted across the water from the football stadium where the match was about to kick off. Commando would be there settling into his seat and I half wished I was with him.

Elaine was working on social media so she kept me updated on the football scores for the rest of the afternoon and when the home goals went in we cheered. Luckily the phones had quietened down by then. In fact they were so quiet I even managed to get a few outstanding cases closed.

Going back across the boardwalk at five I was walking against a tide of red and white clad football supporters. Of course, they were all in good cheer because Saints had beat QPR 2-1. Commando was waiting for me on the other side and we walked the rest of the way together. He gave me a blow by blow account of the match I’d missed. This didn’t make me feel any better about missing it, especially not the winning goal which was a contender for goal of the season. Unbelievably, Saints are in second place in the Premiership with only Chelsea above us. What a way we have come since the dark days of the lower leagues. Wouldn’t it be nice if it stayed like that? 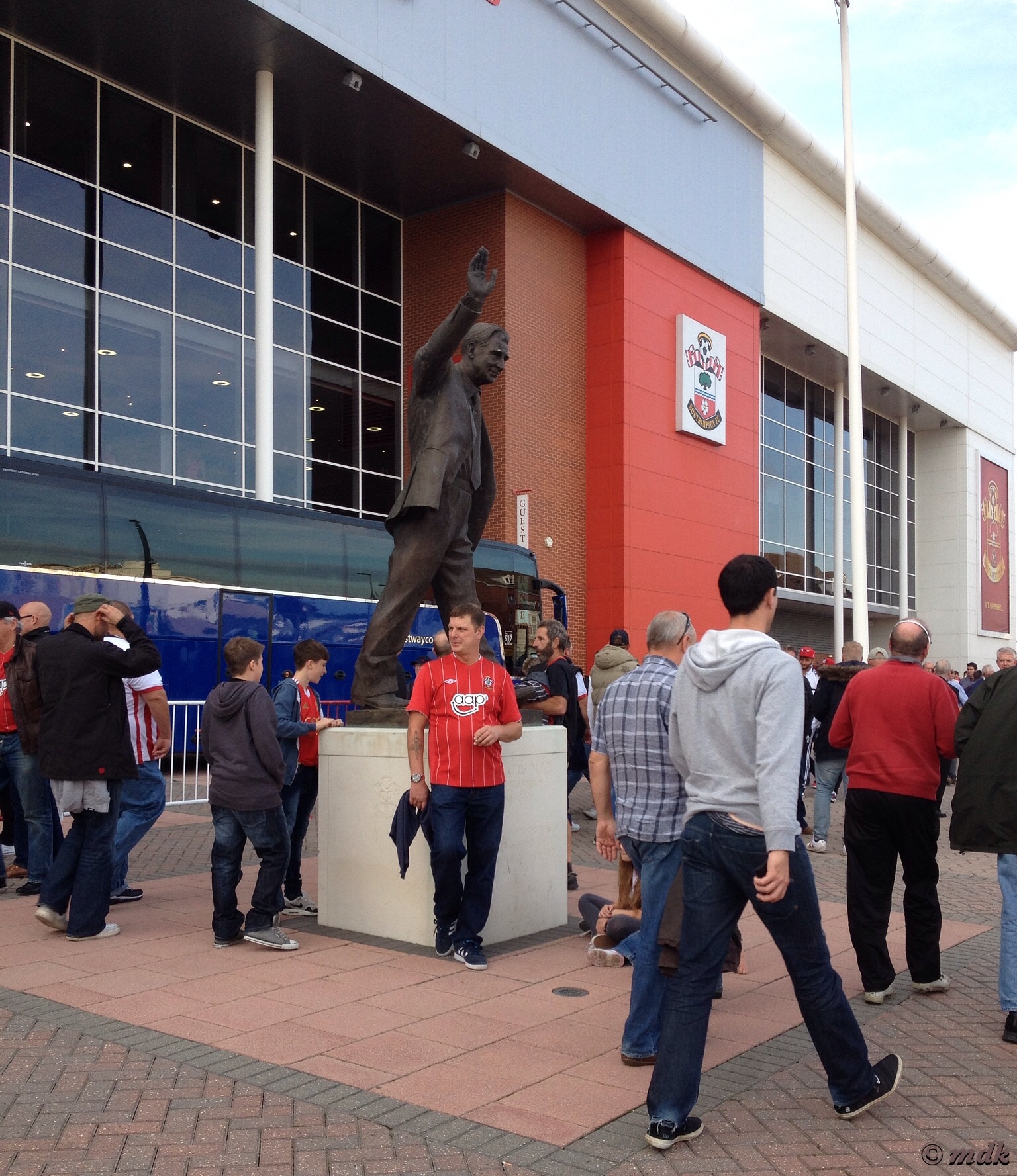