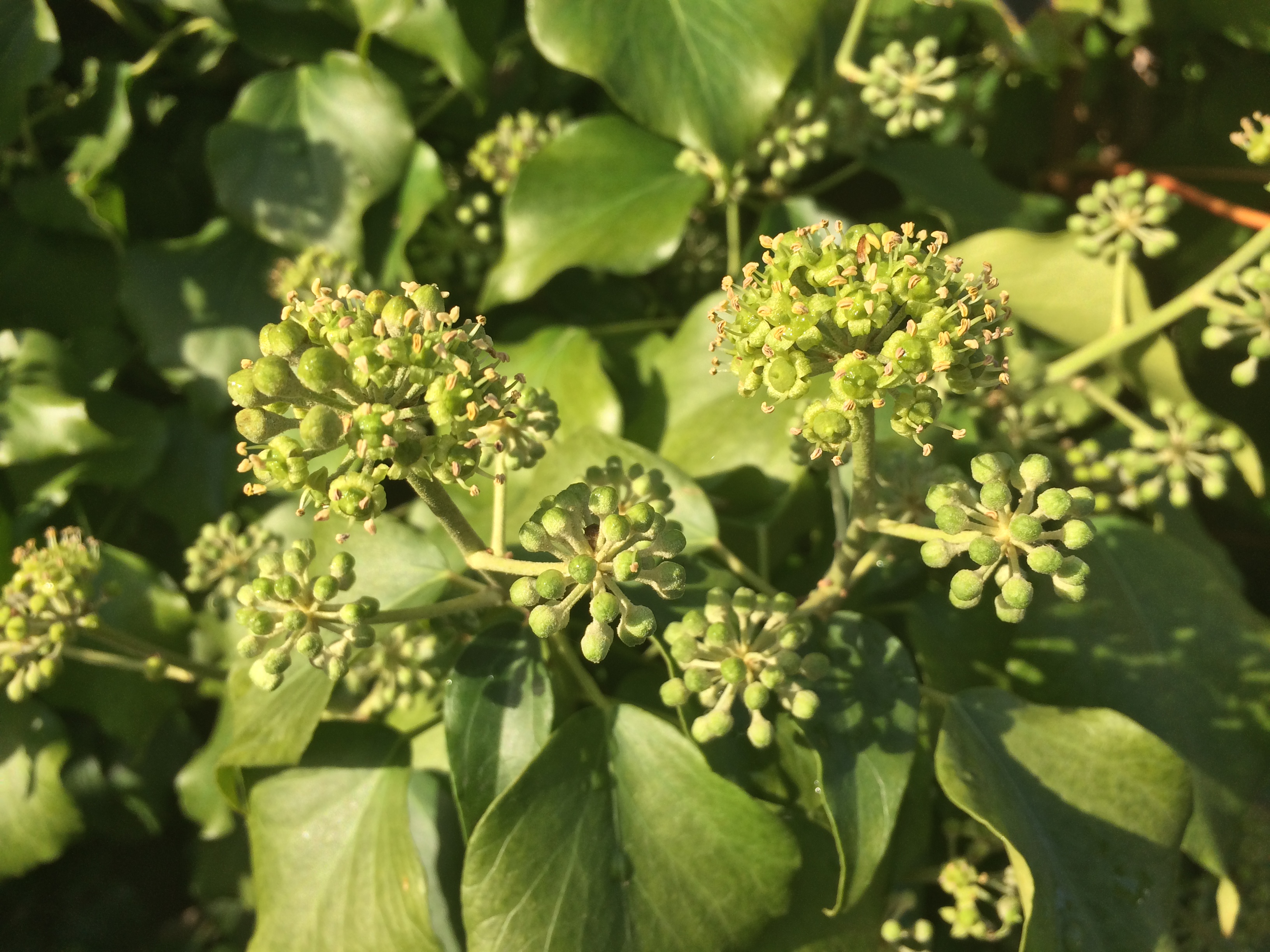 A few days ago I shared the last of the posts published on my hacked blog. It was written when I had no idea what was about to happen. It wasn’t quite the last ever post though. There was one more post waiting in the wings to be published that never saw the light of day. It was filled with all the little triumphs and disasters that would seem so unimportant later, when it seemed all was lost. While it may not be the most exiting of posts, in the interests of being thorough, I’m sharing it now, almost three years late.

Wednesday was a bad day all round. The walk to work was remarkable only in that the rain held off and the ivy has come into flower since last week. Lots of bees were buzzing around it but I didn’t manage to capture any in my photos. The working day was filled with problems and disappointments. I’m glossing over it right now and trying my best to forget it. Enough said.

Thursday started off with an autumnal mist and I decided to walk along the boardwalk to work. There was a hint of autumn colour in the desolate park. The lime trees are dropping their leaves hiding the grass under a topping of mostly brown leaves. The trees themselves were a mixture of green, yellow and brown, a little too much of the brown for my liking but who am I to say? 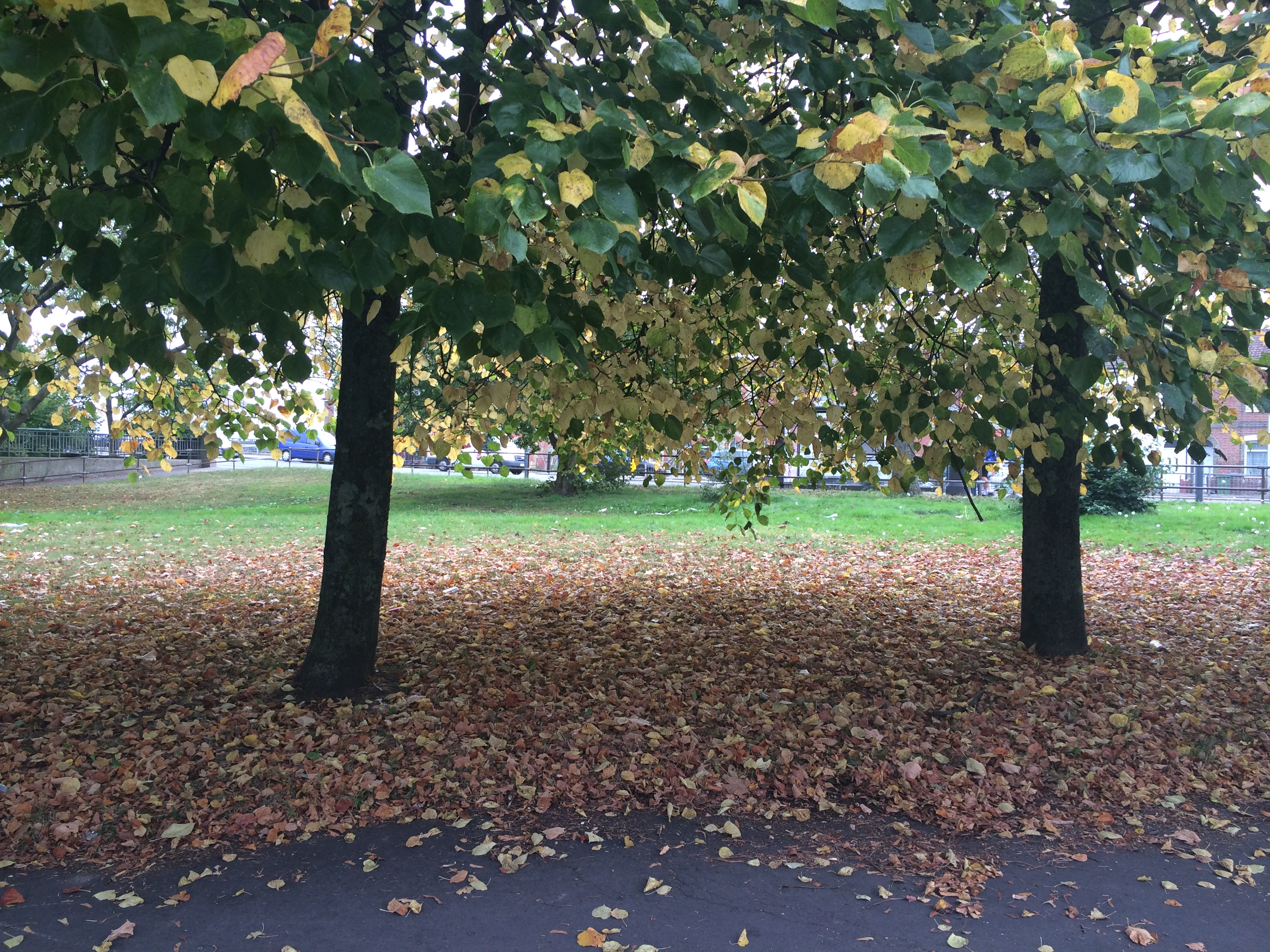 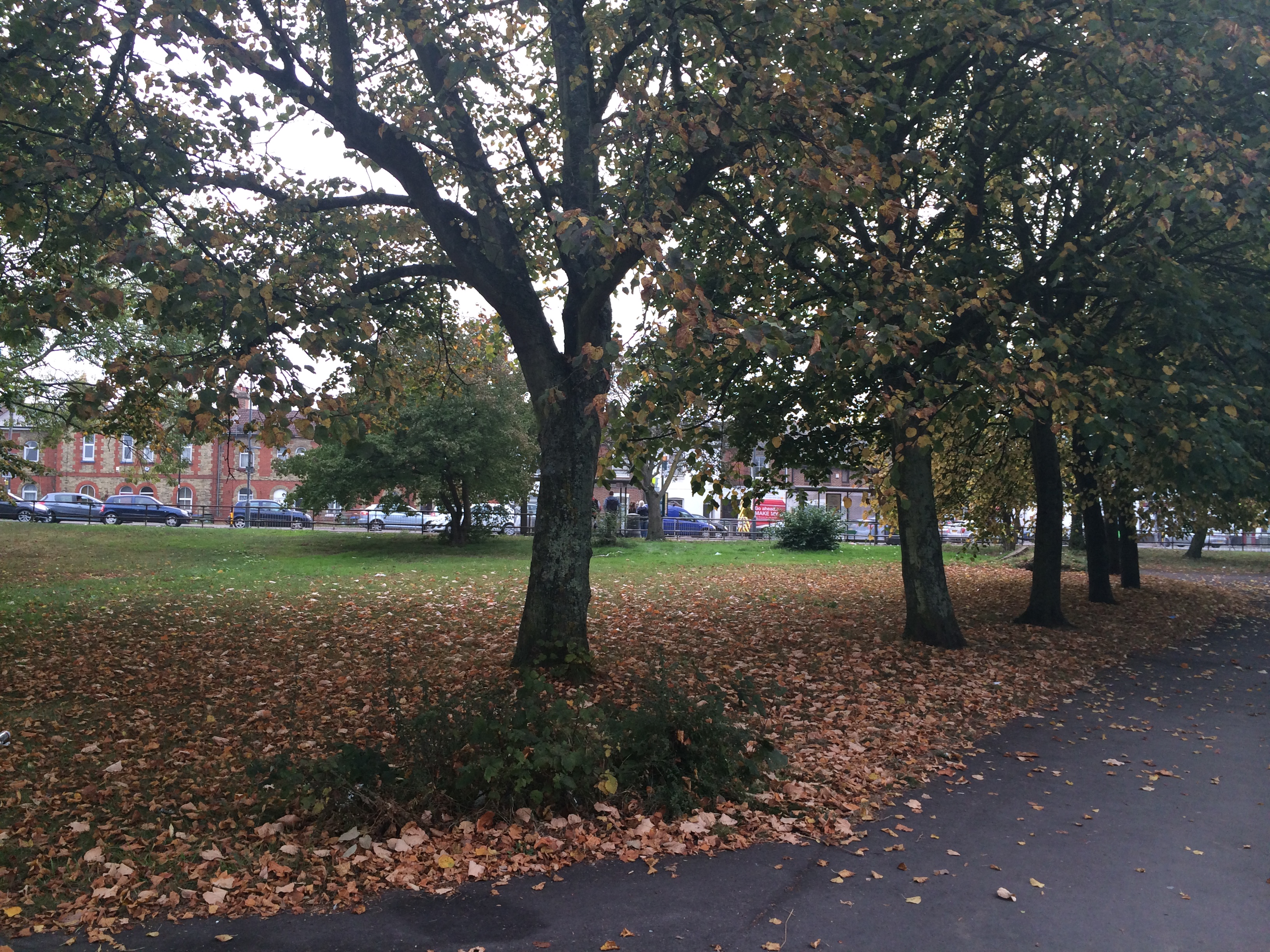 By the time I reached the river the mist had begun to burn off and the morning sun, still low in the sky, was lighting up the water. There were swans to make me smile and a few damp flowers. If I’m honest I dragged my heels on the way to the office. It wasn’t a day I was looking forward to. 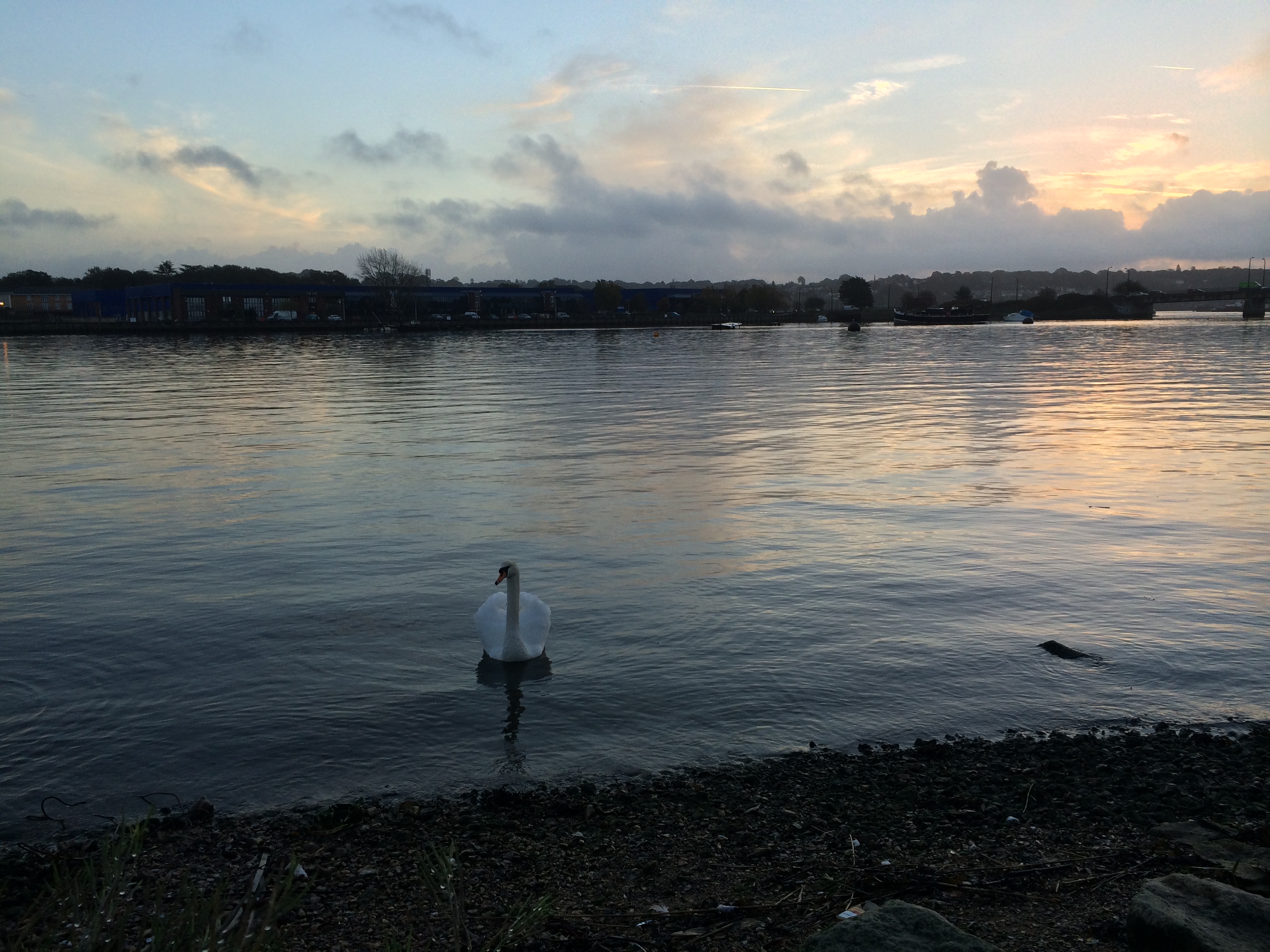 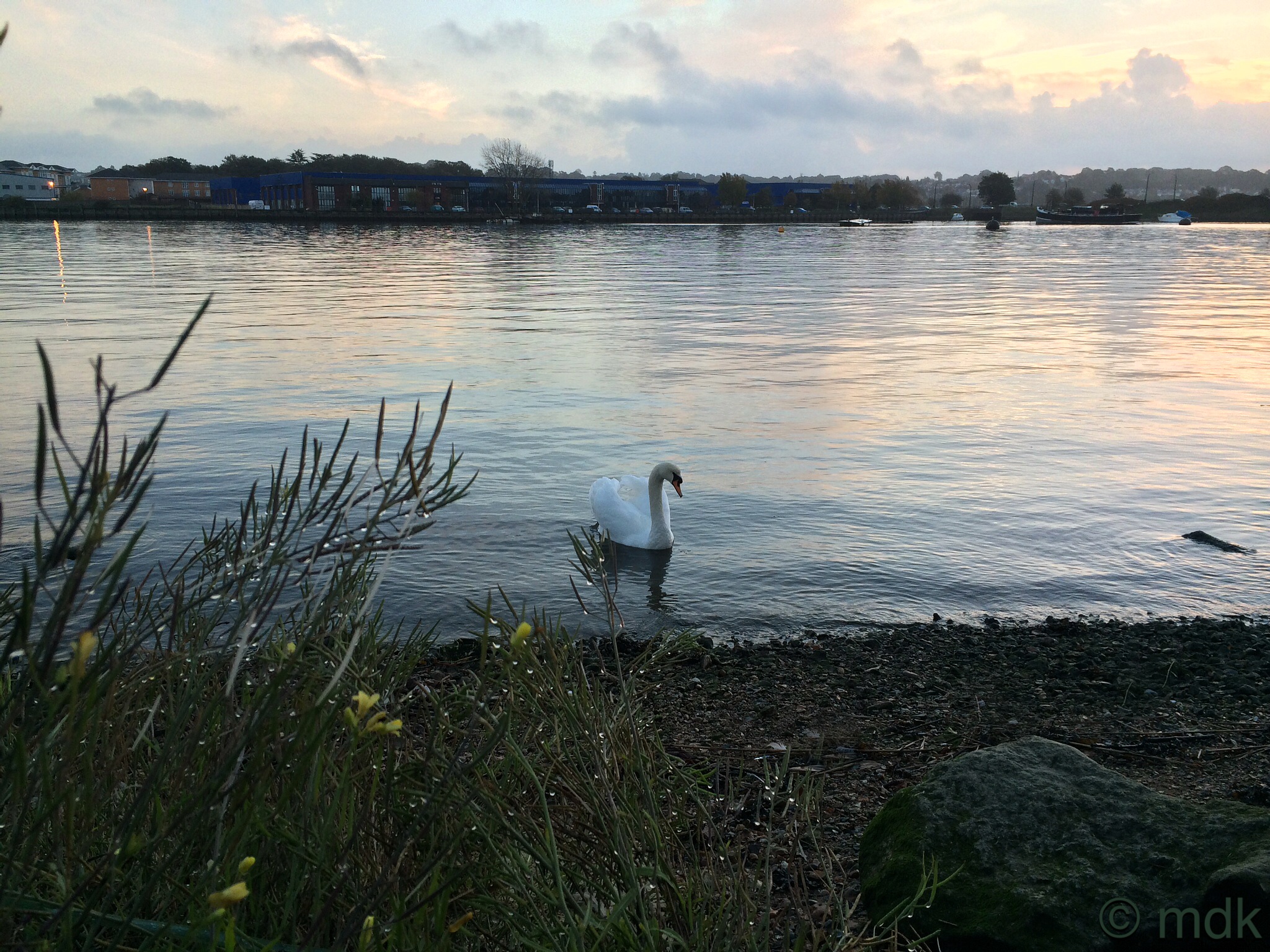 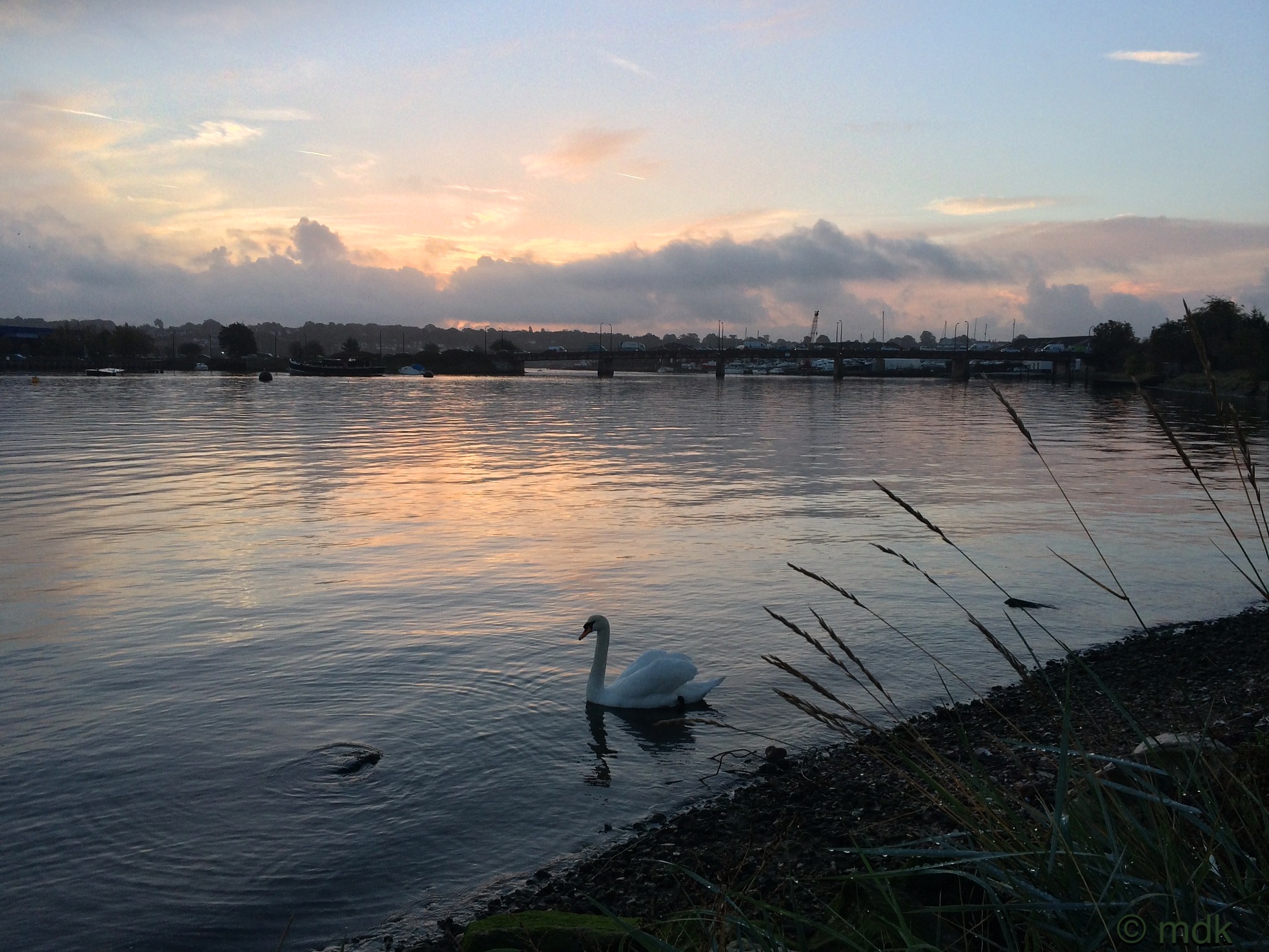 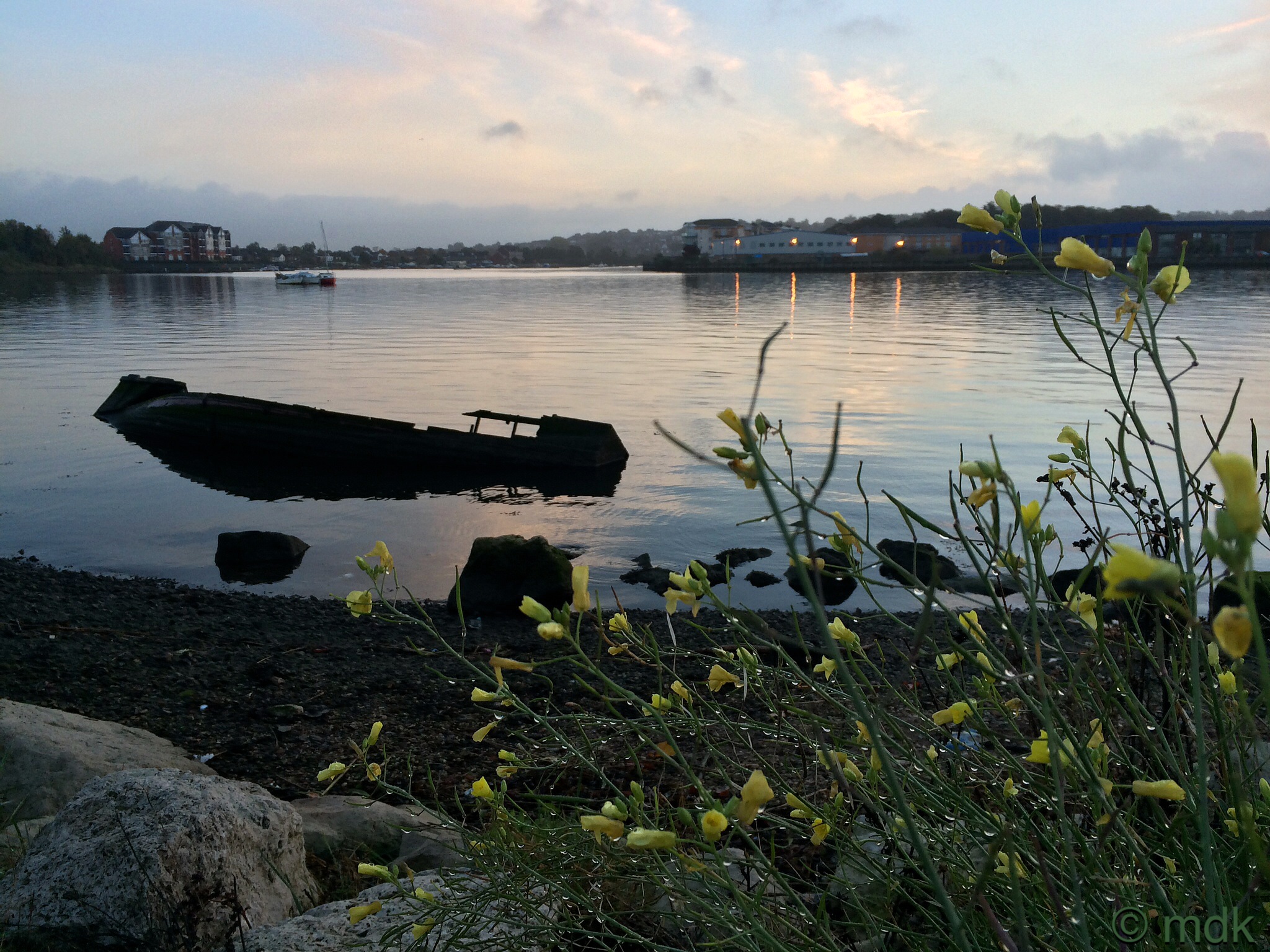 When I got to the office Jess looked like I felt. We had an uphill battle ahead of us putting right the issues we’d discovered the day before. Let me just say it was a frustrating day and leave it at that. There will be plenty more of those to come before we get back to some semblance of normality. Couple this with some major staff shortages and it didn’t look like it was going to be a good week.

The one bright spot was getting home and finding an unexpected gift in the form of a medal for the virtual walk between Lands End and John O’Groats* I completed a little while back. Basically I logged all the miles I walked in the real world and sent them off to some kind people who told me where I’d got to virtually. I hadn’t even known there would be a medal due to my lack of actually reading all the information when I signed up. As medals go it’s rather impressive and I have to say I’m quite proud of it. 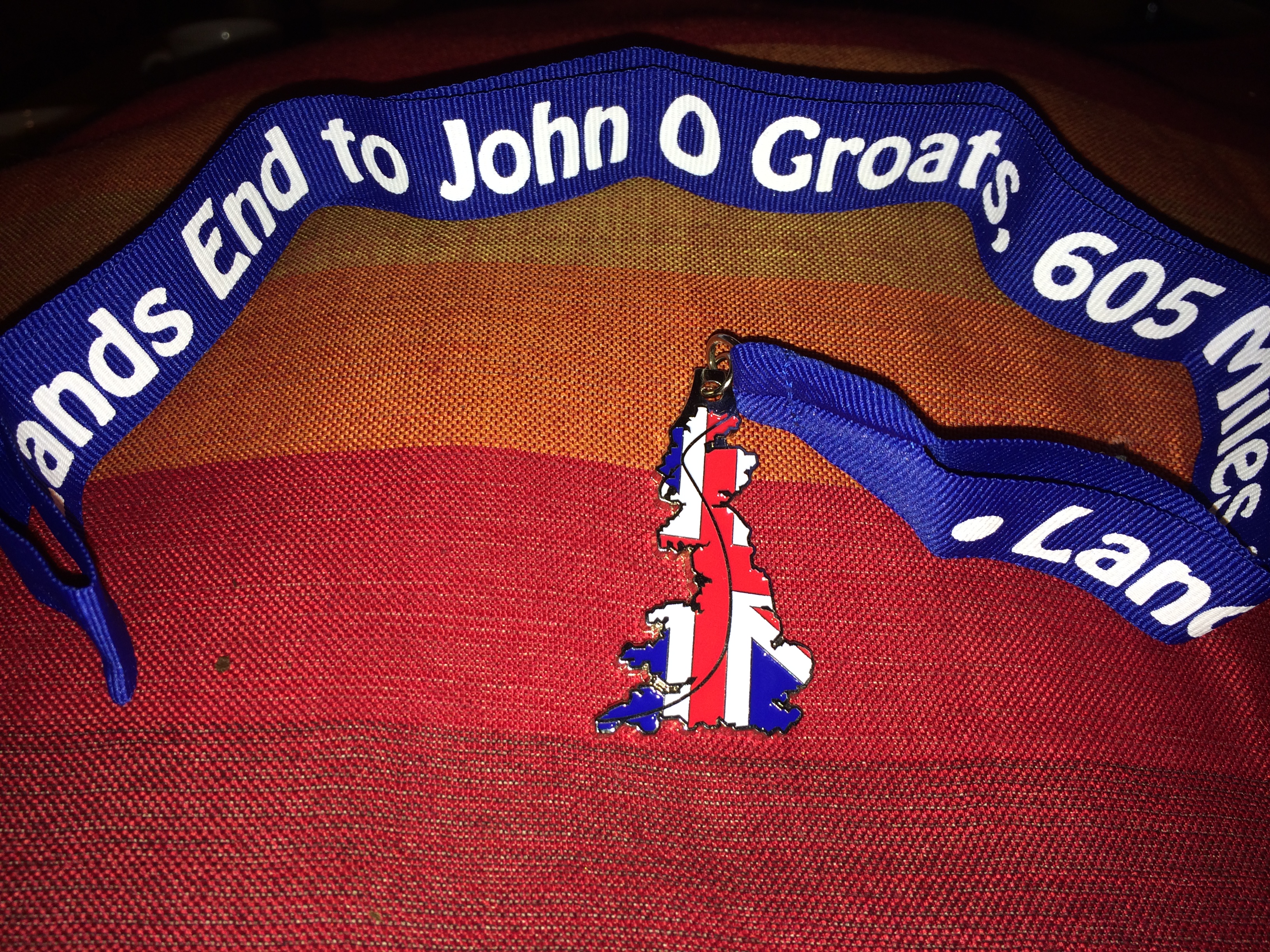 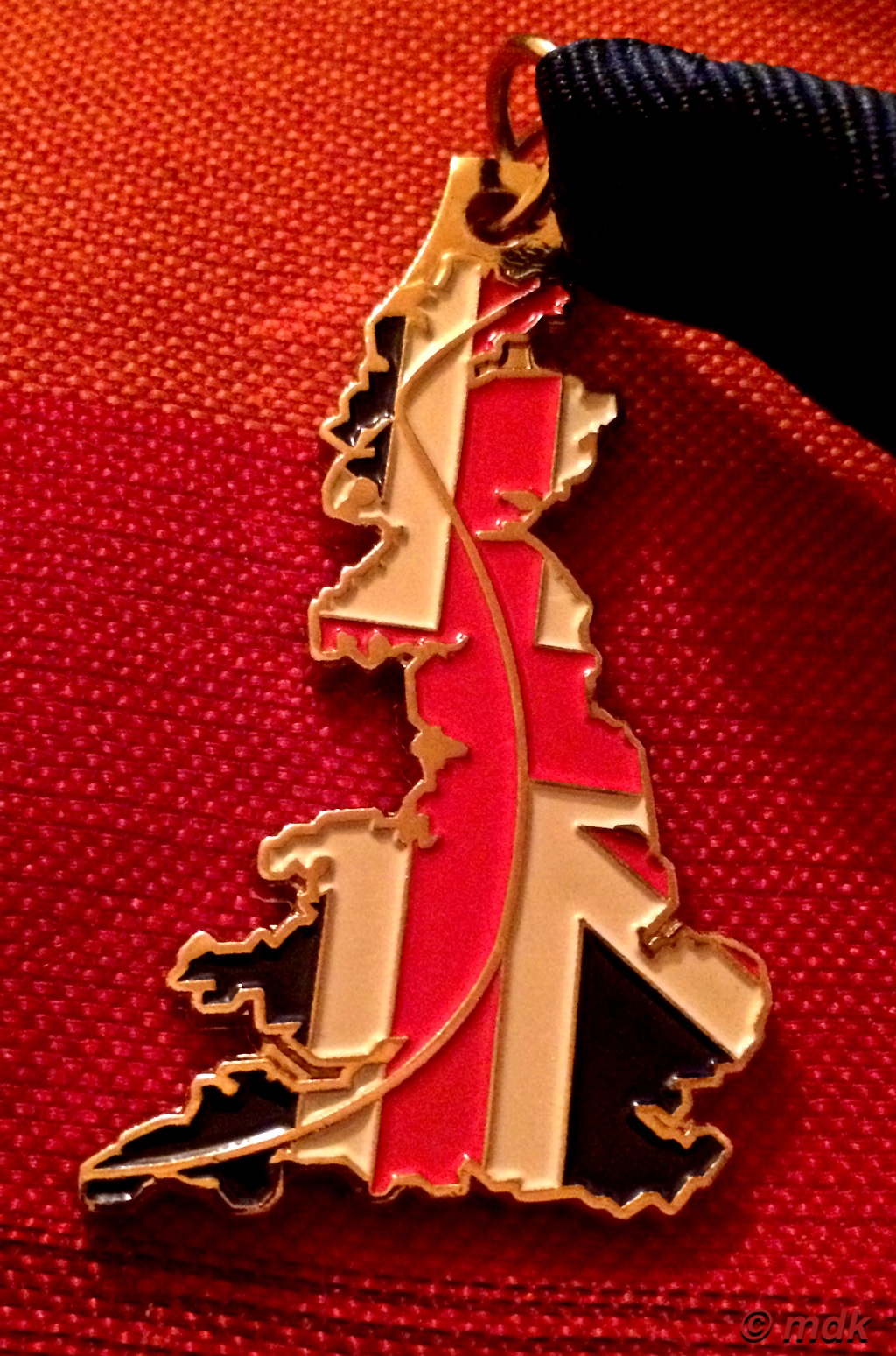 The walk to work on Friday morning was a fiesta of fairy cobwebs. There was the merest hint of frost about and it was misty and chilly. Every gate, tree and hedge seemed to be festooned with bejewelled cobwebs glistening in the early morning light. Luckily I’d set off a little early because there were quite a few photo stops along the way. Fairy cobwebs are some of my favourite things and I captured a bumper crop. 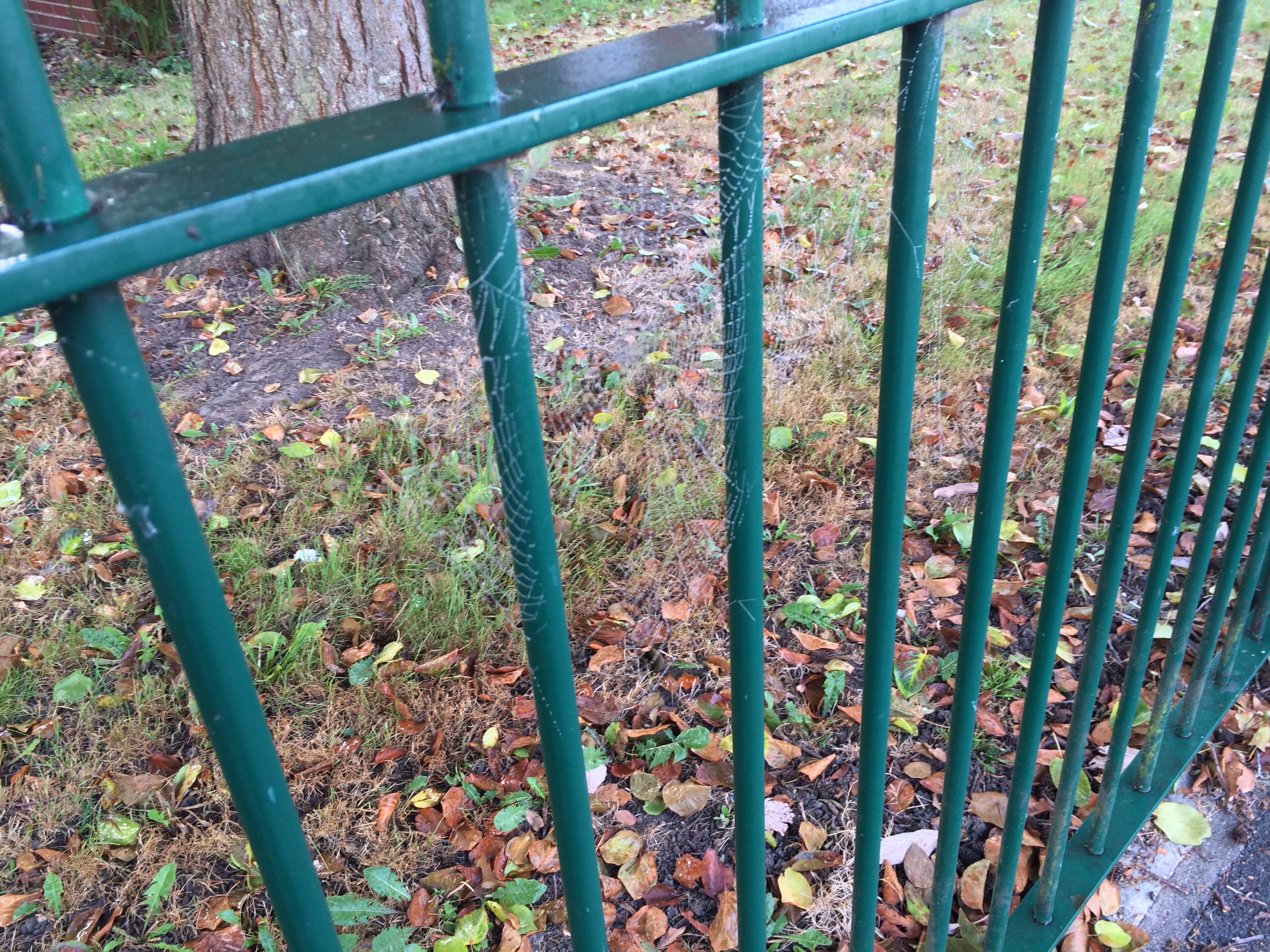 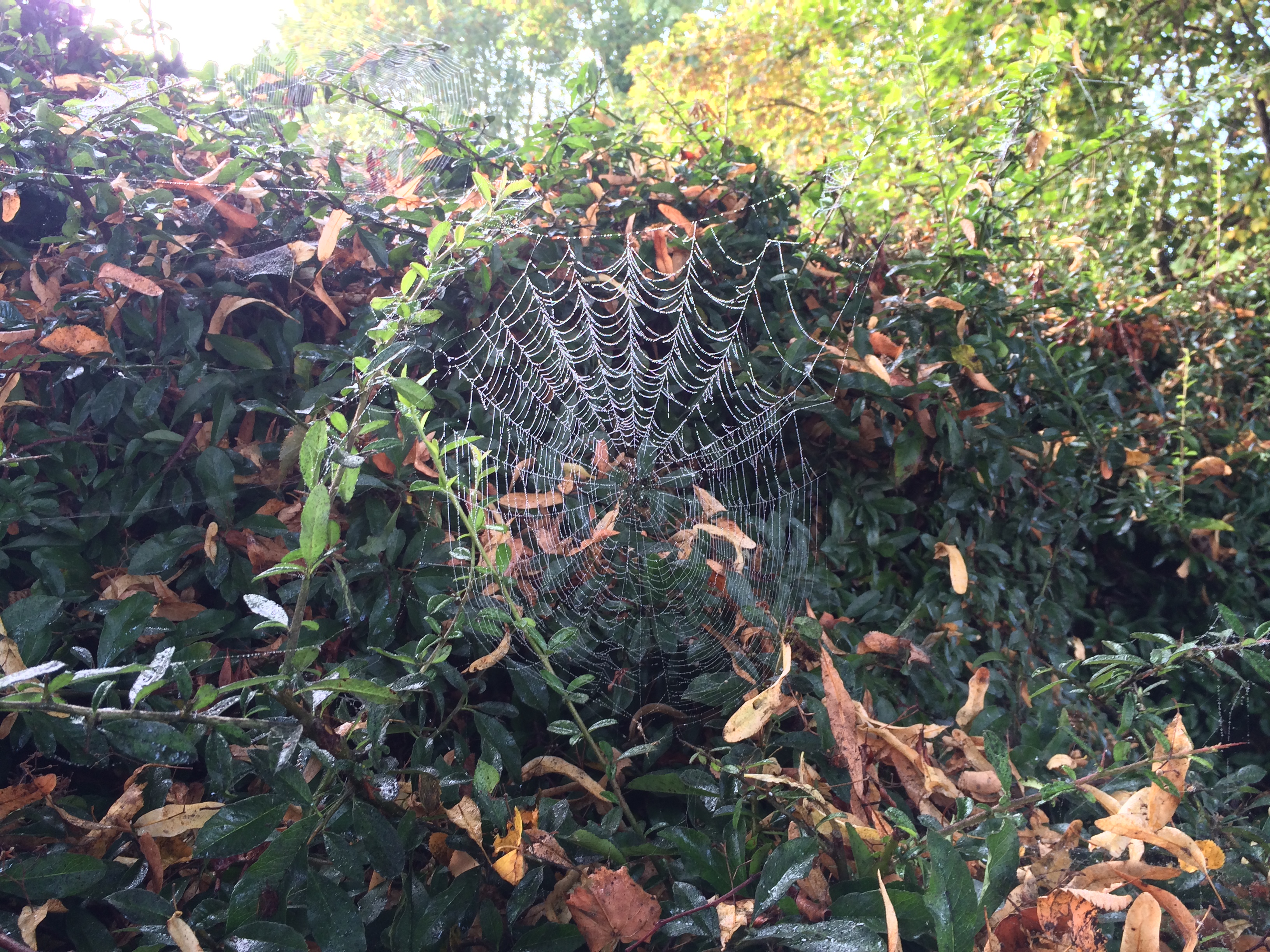 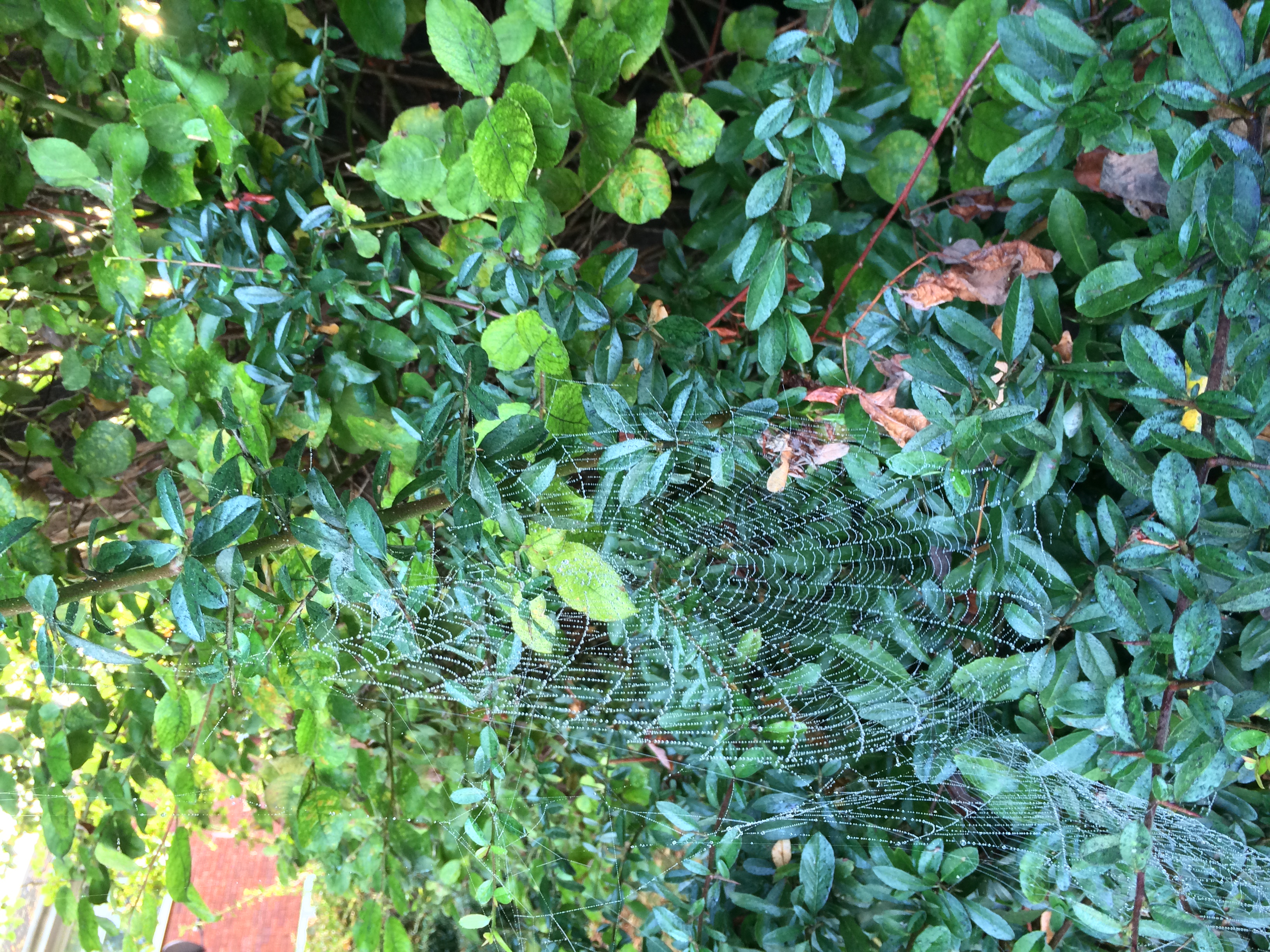 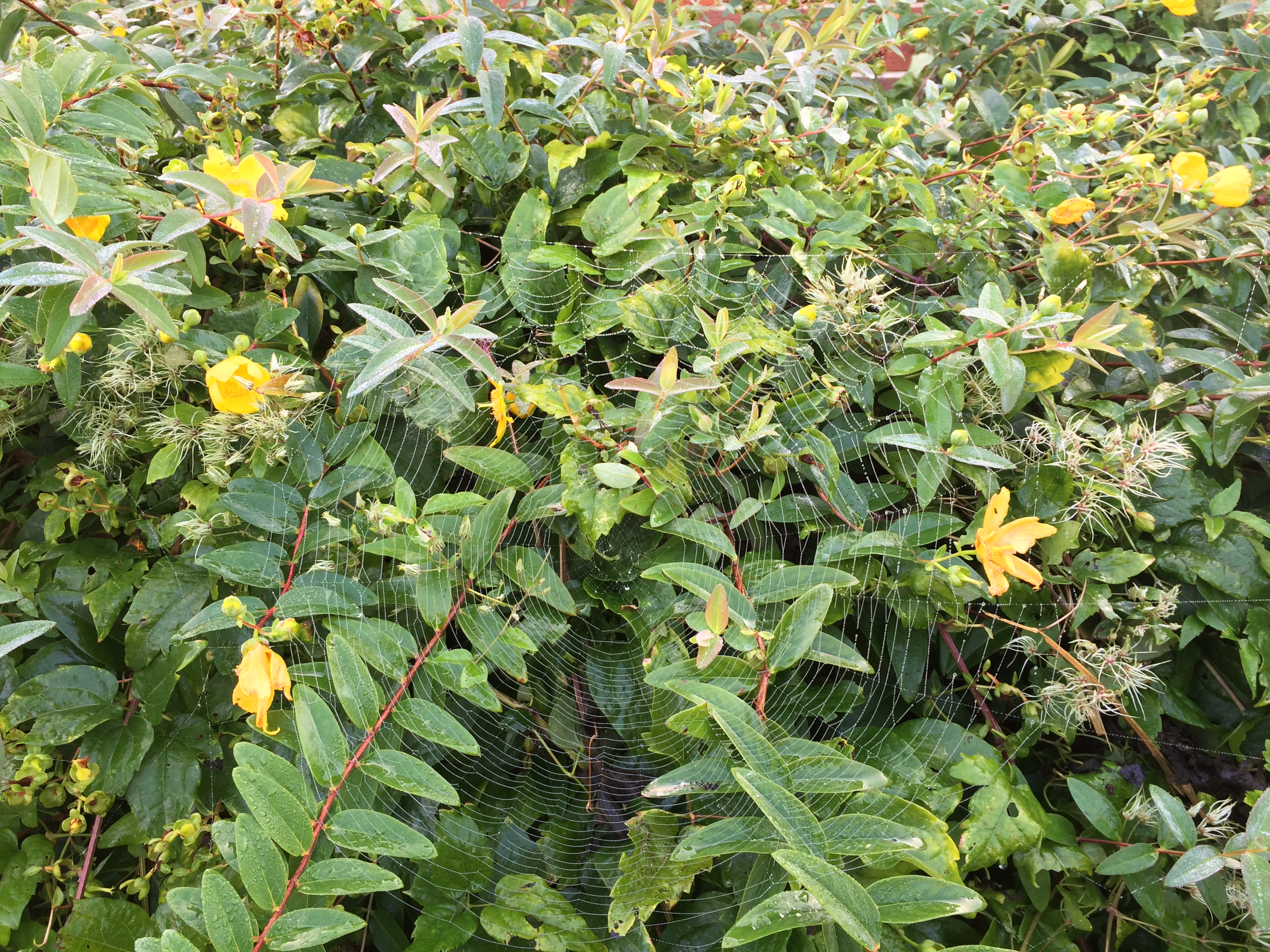 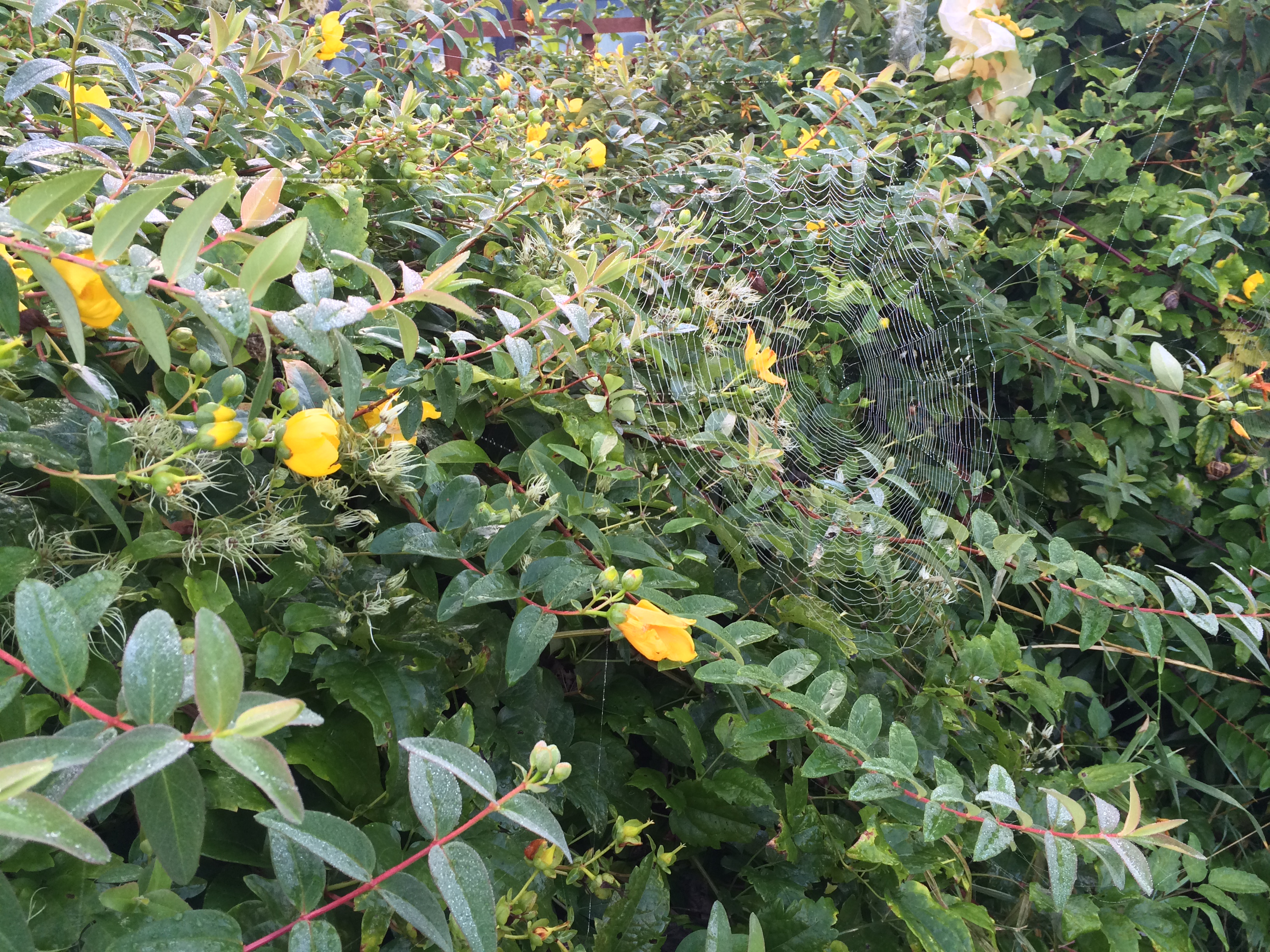 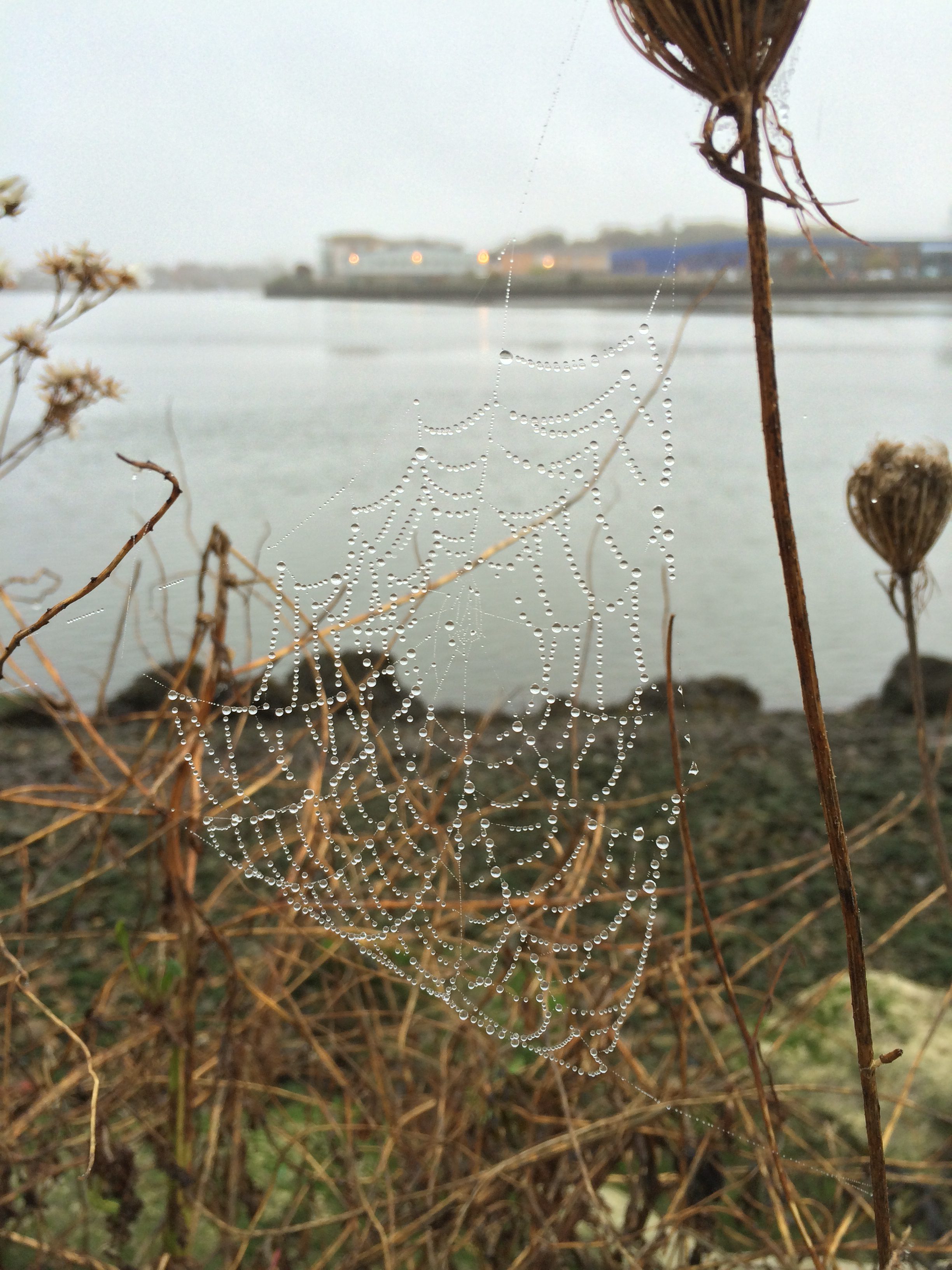 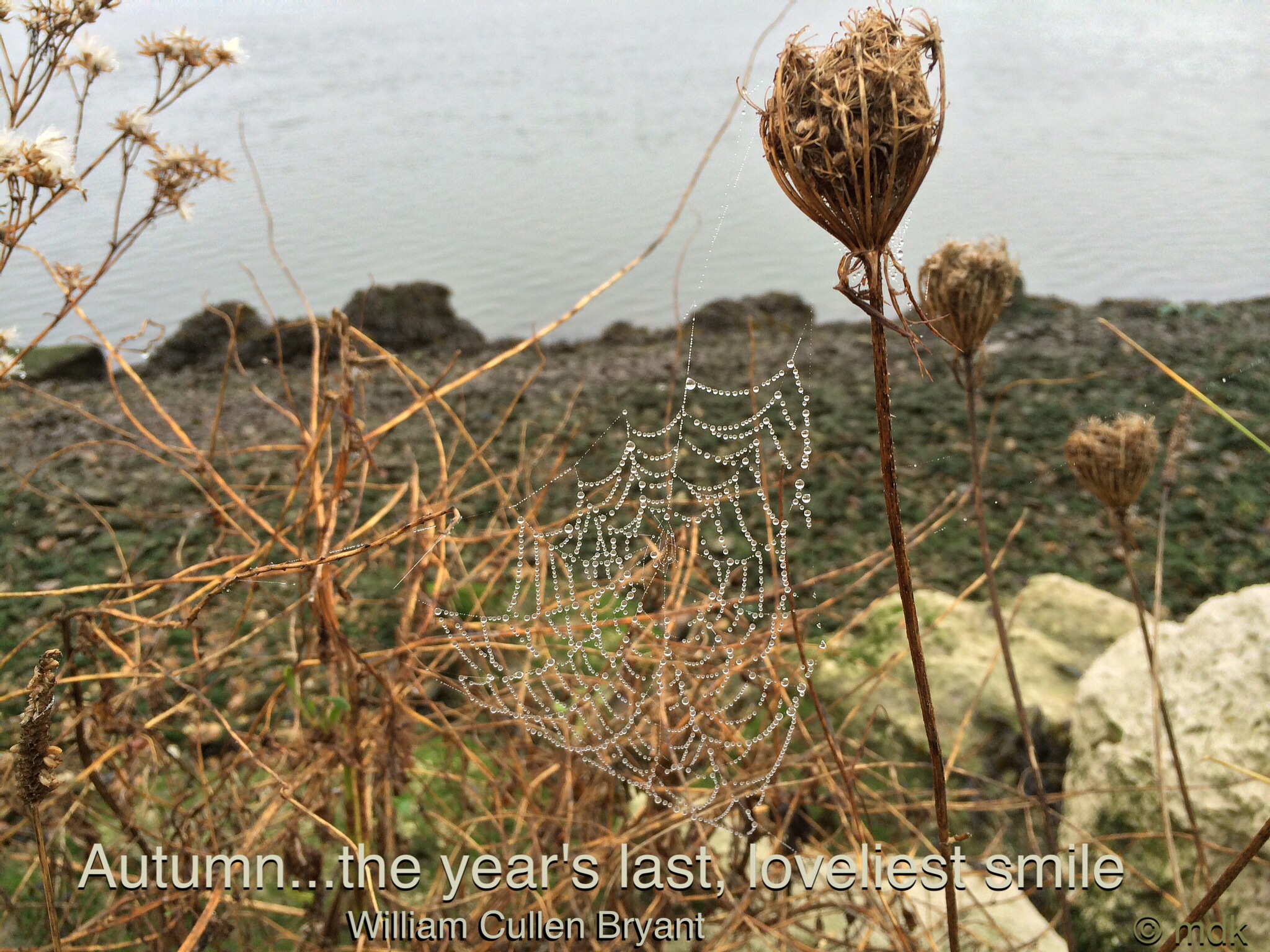 The staff shortages and some fairly serious incidents in Bristol, including a bus on fire right in the city centre, meant it was a hectic and not particularly pleasant day. A lot of the people on the phone were angry and unreasonable when faced with delays. Late in the afternoon, when the phones had gone quiet Jess had a bit of mischief up her sleeve to cheer us all up.

One of my male colleagues who will remain nameless, had a collection of teddies on his desk. He was on his rest day and she set up a rather gory little scene with the big teddy and a stuffed dog attacking Bugs Bunny with a letter opener and some office scissors while another teddy looked on wearing a headset. We took photos and sent them to him by text with a ransom message. ‘Our demands are three bags of Haribo or the rabbit gets it. You have been warned!’ He did see the funny side, texting back ‘clearly busy at work then!’

Waking at five on a Saturday morning isn’t getting any easier and it was pitch black when I left the house just after six. Almost a mile later, as I crossed Cobden Bridge, there was a slight hint of dawn to the sky and lights twinkling from the houses along the bank. I could just about make out the little boats moored under the bridge. In the distance the bright blue lights of the Itchen Bridge were just visible on the horizon. 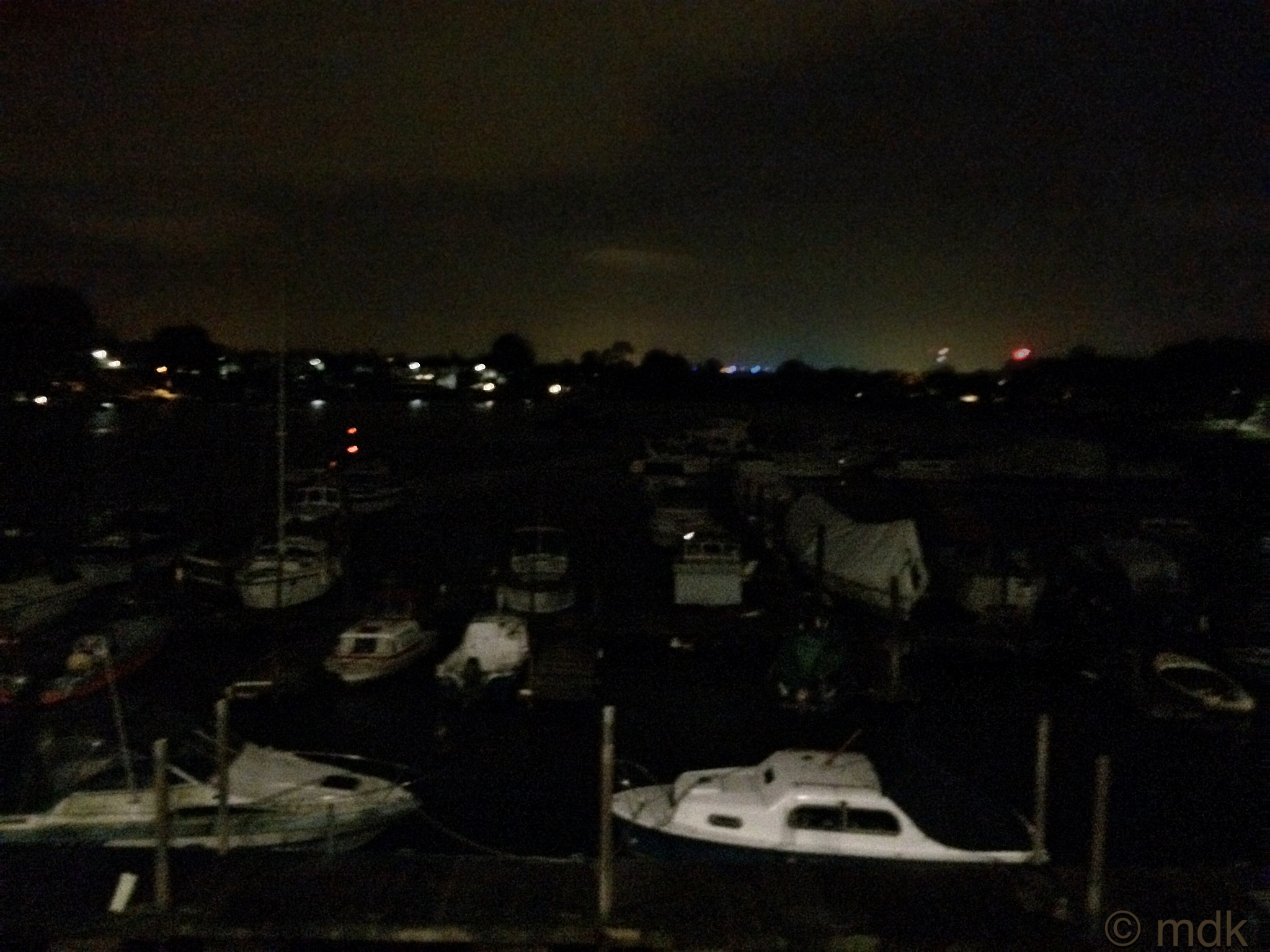 By the time I was heading towards my second mile and Horsehoe Bridge, walking behind the Millennium Flats, the dawn was trying hard to break and the lights from the buildings across the water cast long beams on water rippled by a warm breeze. From the temperature it could have been a spring morning. As I crossed the bridge on the last few yards of my walk those Itchen Bridge lights were visible again. In the daylight you don’t notice them at all and it was a surprise to see how close they looked even though the bridge is one and a half miles away as the crow flies. 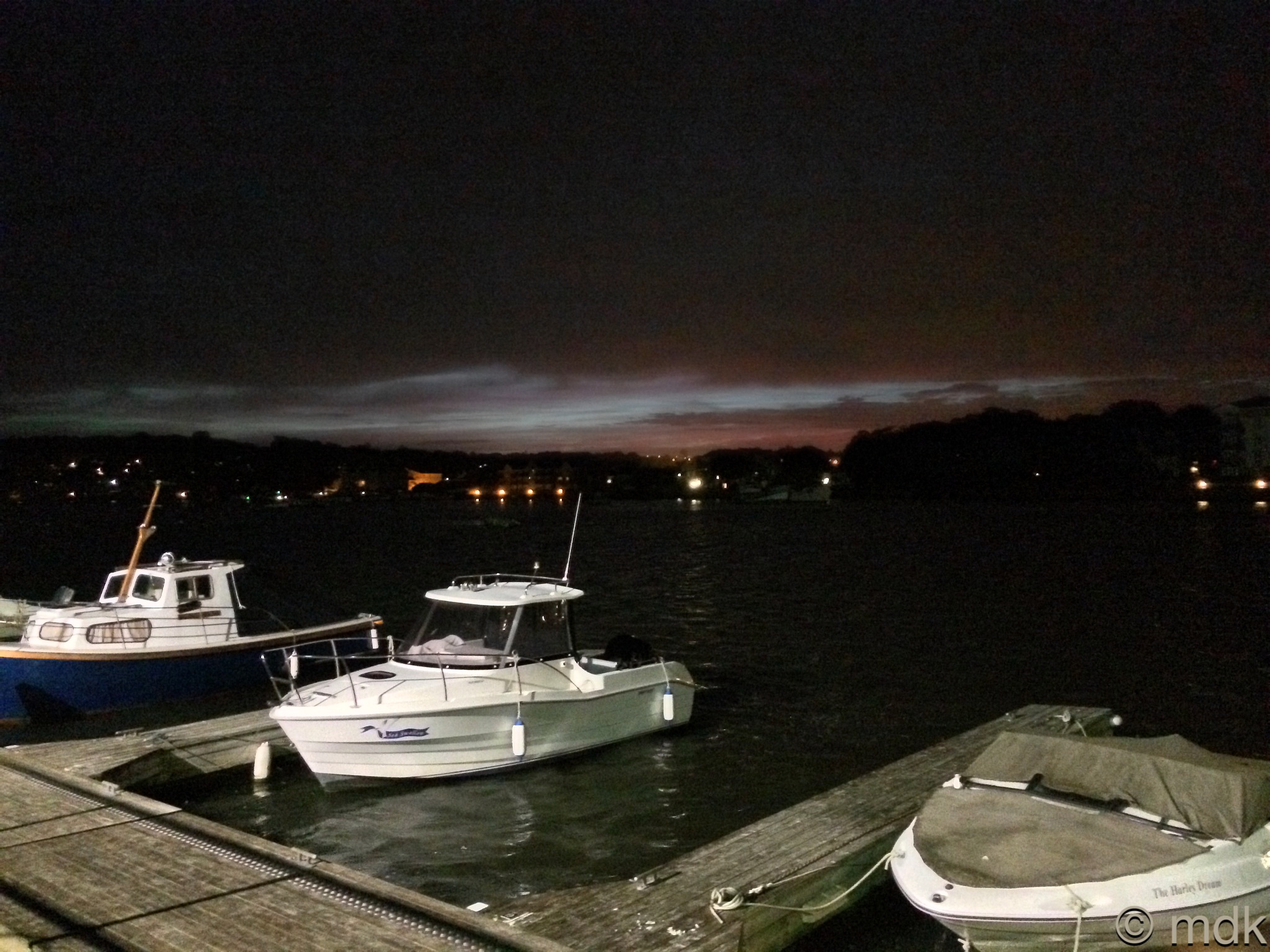 Things didn’t start off well when I had problems getting into my emails. A quick call to the IT helpline told me it was a server problem so I did the best I could with what I had until it was fixed. Bristol was a car park within the hour due to an accident on the M5 and not one, but two lots of road works closing major roads in the city centre.

Then there was the lost property. A couple of phones, several bus passes, assorted wallets and an electronic cigarette. Surprisingly we managed to track down one young lady’s handbag complete with the iPad inside and she even got a free ride on a bus to take her to the depot to collect it because her bus pass and all her money was in her bag along with her keys. This started a bit of an office debate on whether we would hand in an iPad if we found one. We must be an honest bunch because the answer was a resounding yes. Personally I couldn’t handle the bad karma if I didn’t. The most unusual item was an art portfolio. If you’ve ever seen one they are huge, I studied art at college and  carting mine around was a nightmare, quite how the student managed to lose it goodness only knows. Eventually it did turn up though, much to her relief.

It was a relief to finally leave the office. Even more of a relief that the rain, that had been falling steadily all day, had finaly stopped and Commando was waiting outside in the car to take me home.

* I did post updates on the LeJog virtual challenge on my old blog but did not include them in the posts I republished here. Maybe I’ll do it again one day, if only to get another wonderful medal. For anyone who’s interested you can take still part here.

6 thoughts on “You thought it was all over”