Holidays are about relaxing, sampling the local food and culture, and seeing the sights. There was one particularly unusual sight on our Moroccan holiday in August 2012 that I don’t think I’ll ever forget.

Last night we lingered over a leisurely meal and some drinks at Camel Cafe. I had an amazing pepper steak which came with cauliflower, green beans, carrots, chips and, inexplicably, also rice. I managed to eat the steak and about half the vegetables I don’t have much appetite in this heat. Perhaps if I lived out here I’d be skinny, then again, I’d probably get used to it after a while. Who knows, with the small meals, the walking and taking the stairs instead of the lift, I could even end this holiday lighter than I started. That would be a first.

Late in the evening, back at our room I sat on the balcony sipping water and looking out over the pool, the outside bar and the beach enjoying the balmy evening. There was a family in the bar with some youngish children and I watched them for a while until some seagulls flying overhead caught my attention. Their white wings stood out in the dark sky as they circled above me. Suddenly, one of the seagulls started flashing neon green. I thought I was going mad and watched it mesmerised until it flew off.

Looking around below to see what could have caused this strange phenomenon, I noticed one little boy with a green laser torch, the kind they sell along the promenade, he was flashing it in the pool, then at the palms. Puzzle solved. I wonder what the seagull thought of it though?

This morning I sat on the balcony sipping water and watching the morning runners going past. My sexy Commando had swelled their numbers and he zoomed past twice, looking just like one of the Moroccan men with is George Clooney hair and long tanned limbs. At least I think it was him, it could actually have been one of the Moroccan men, my eyesight isn’t all that good. There was someone doing circuits of the pool too and lots of people running or walking along the promenade and it was only seven thirty. I guess it shows you can go on holiday and still keep fit.

After a breakfast mostly consisting of melon, coffee and orange juice I went for a walk right down to The Marina and back. It took just under an hour, but I was walking quite slowly because I had to keep dodging into the shade. Everyone was so friendly, I seemed to be constantly saying “Bon jour,” and “Oui, ca va merci.” I also got stopped by a couple of young French women asking me for the time. I don’t know what it is about me but people often seem to assume I’m French. I guess I should take it as a complement, after all French women are notoriously well groomed and well dressed. Then again, well dressed, me? I’m not sure anyone would really say that about me. I’ve been told I have a quirky style, maybe it’s quirky in a Gallic way who knows?

Just before I reached our hotel, where Commando was relaxing on a sun bed after his run, one Moroccan man was a little friendlier than I’d really have liked. He started with the normal, “Bon jour, ca va,” and when I replied carried on with, “Vous et Francais?” This I ignored, after all it’s hard to believe anyone would continue to think I was French when they’d heard my accent. He then followed me up the promenade calling out, “Madam, arrete, parlez avec moi une moment.” I told him I couldn’t stop, I was exercising and he carried on following me calling out, “You don’t need to exercise, you are beautiful, take me home,” in French of course. Very flattering but I think he may need to go to Specsavers, if they have such a thing out here. I only got rid of him by walking into the hotel.

A sea mist came in in the afternoon so, after lunch, we decided to take a walk up to visit my friend Hollie in her office. As soon as we got away from the beach and the mist, the sun came out so we walked through La Vallée des oiseaux at a leisurely pace. This is pleasant shady walk along a dry riverbed with a bonus of exotic birds and animals to look at. There’s even a waterfall. Enjoyable as it was, I was a little concerned about the huge slab of dairy milk in my bag, my gift for Hollie because she misses English chocolate. 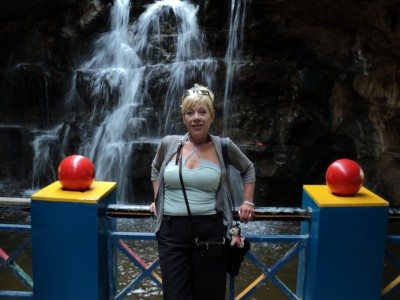 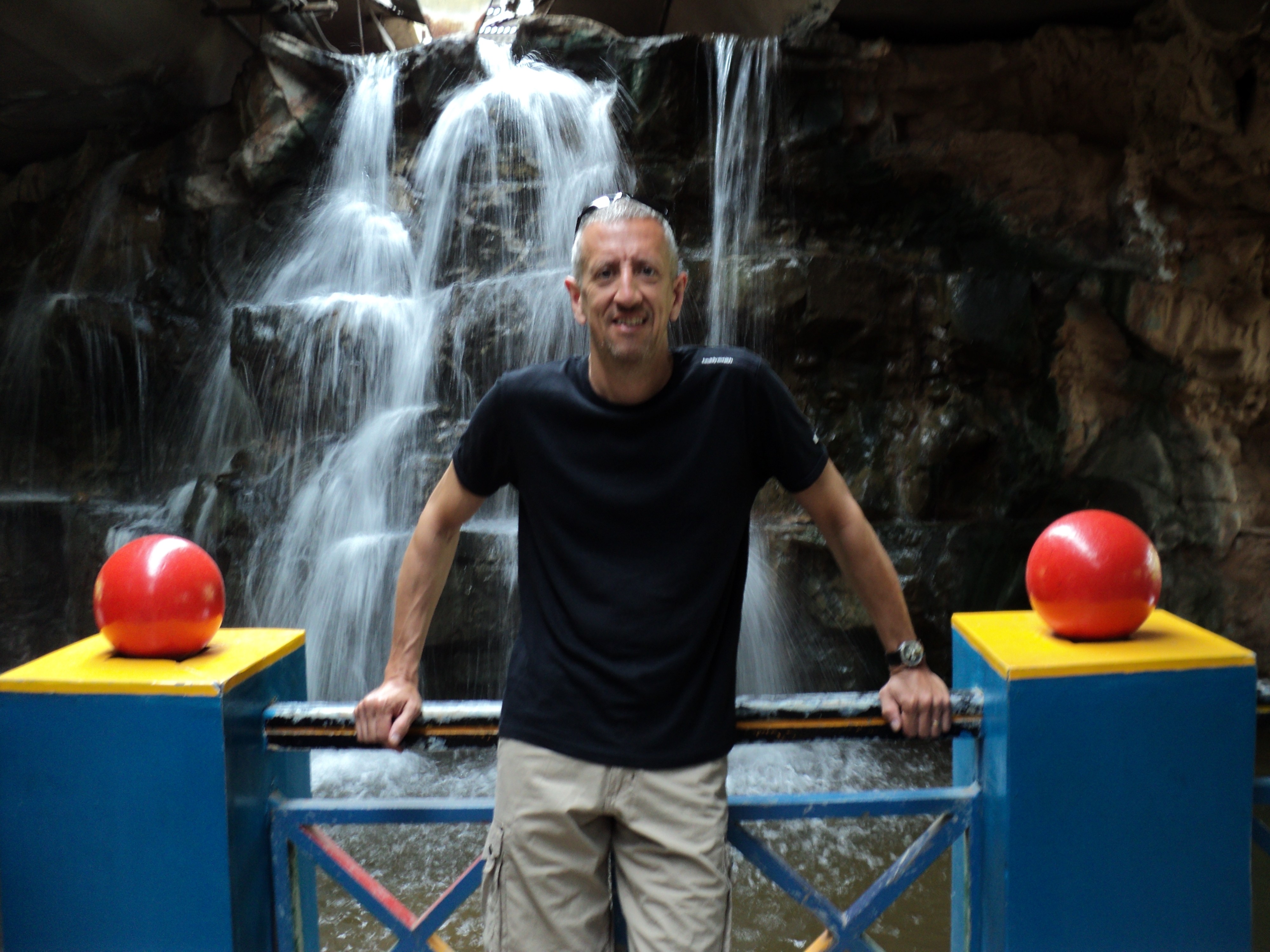 We had a long chat about life in the UK, life in Agadir and football. Hollie is a life long Newcastle supporter, being a Geordie girl herself and often flies here and there to watch them play. She always follows Southampton too and will often send me an email before or after a particularly important match. Hopefully we’ll see her in Southampton some time next year when Newcastle play Saints. When I told her about my new job, back in the travel industry she was delighted, especially as she does a fair bit of work for the company I’ll be working for. It’s a small world as they say. She also recommended a restaurant to take Commando to for his birthday. It’s very useful having friends out here.