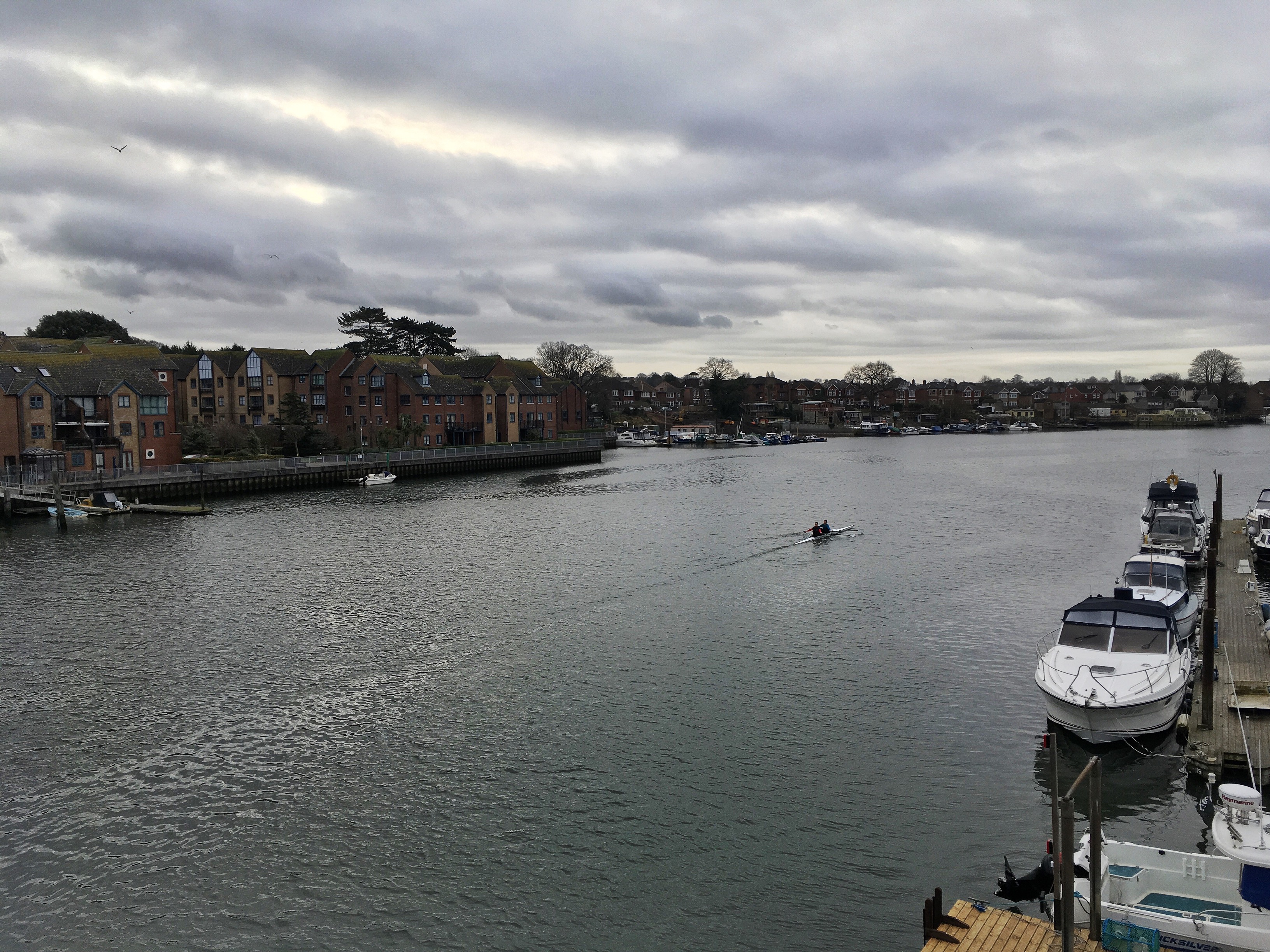 On a normal Saturday morning I can usually be found hanging around on the Common while Commando runs parkrun. Sometimes I volunteer, sometimes I just go for a quiet wander. For three weeks in a row though I’ve been conspicuous in my absence and it’s all down to Commando’s friend Rob and a harebrained scheme to run fifty miles and raise money for Alzheimer’s Research UK. The fifty mile run is due to take place on 9 February, Rob’s fiftieth birthday. Personally I can think of better things to do to celebrate such a milestone but he’s a little odd. Training has been going on in earnest for quite some time now and, for three Saturdays in a row, Commando, Rob and three other lunatics, have been getting up before dawn and running silly miles ending with a quick trot around parkrun. The first week they thought they might carry on running after parkrun too so I stayed in bed. Last weekend I walked to the Common and joined them in the Bellemoor pub for their run planning meeting. It rained. I got wet. It wasn’t much fun but there were bacon rolls and coffee so it wasn’t all bad.

This week it wasn’t raining and, feeling a little guilty to be lying in bed while Commando was out in the cold running upwards of eighteen miles,  I thought I’d meet them after parkrun again. The coffee and bacon rolls may have played a part too. The first part of my walk took me across Cobden Bridge where the early morning rowers were powering downstream. As I watched them I wondered where the runners were and how they were doing? When I came to Priory Road I was so lost in thought my feet almost took me towards Horseshoe Bridge before my brain realised and stopped them.

Then it was on towards Portswood with my head too occupied with thoughts of the runners and all the tales I remembered about things that could go wrong on a long run to really take notice of my surroundings. Ever since Vancouver, when Commando first got sick, I can’t help being a little worried about him when he’s out on a run, especially a really long one like this. For quite a while after the Vancouver incident he couldn’t run at all and the doctors told him starting again was a bad idea. Of course he refused to accept that advice and later it was amended to “you can run, but don’t run any marathons.” Well I guess fifty miles isn’t a marathon and he’s determined to run all fifty of them but I’m fairly sure that wasn’t what the doctor meant and my mind can’t help getting a little nervous as the miles climb.

Before I knew it I was on Highfield Lane passing the church CJ and I visited last November. Seeing it did at least distract me from thoughts of muddy fields and falls. At this hour on a Saturday morning the road was deserted so I stopped to take a couple of photos. 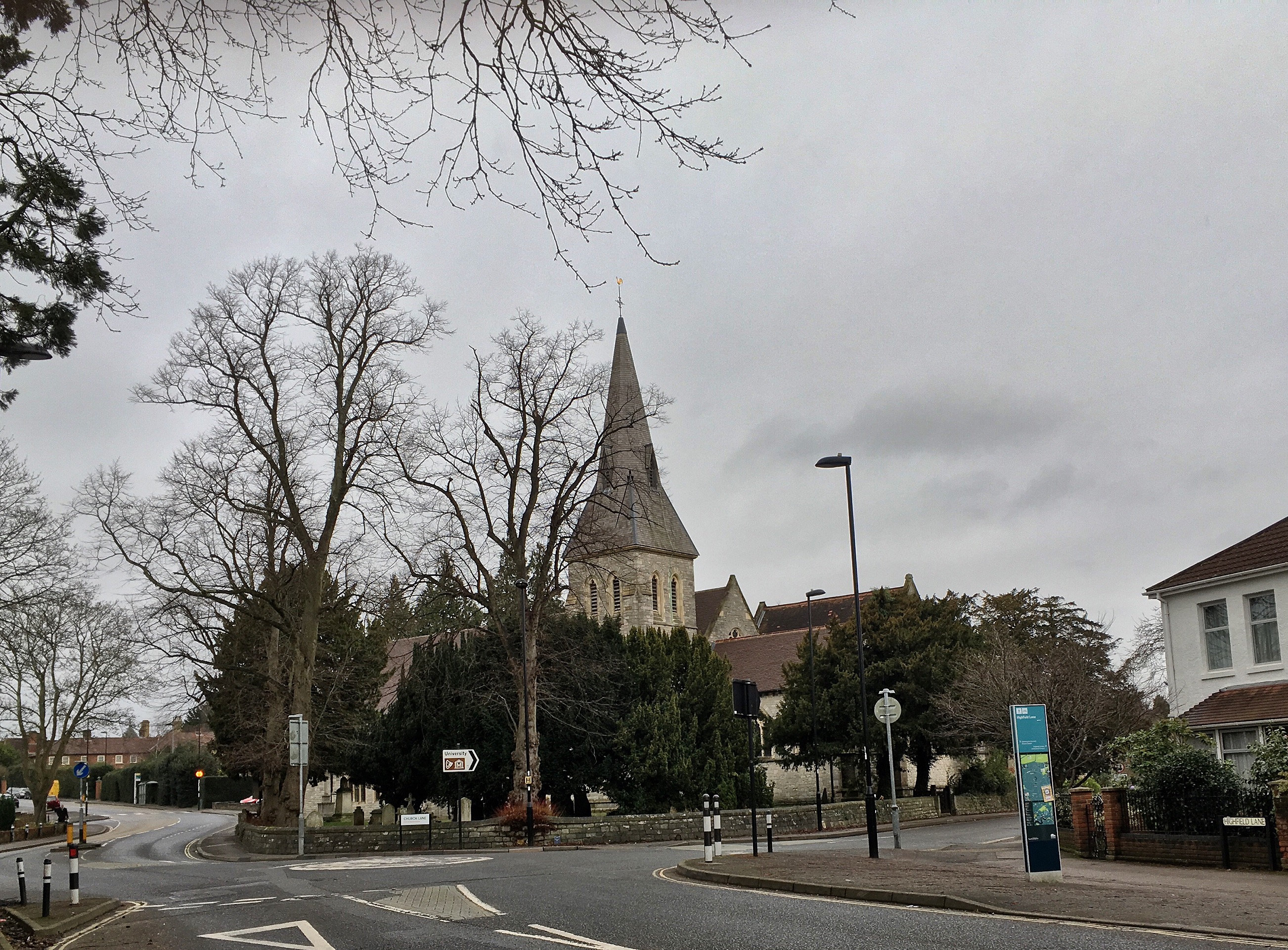 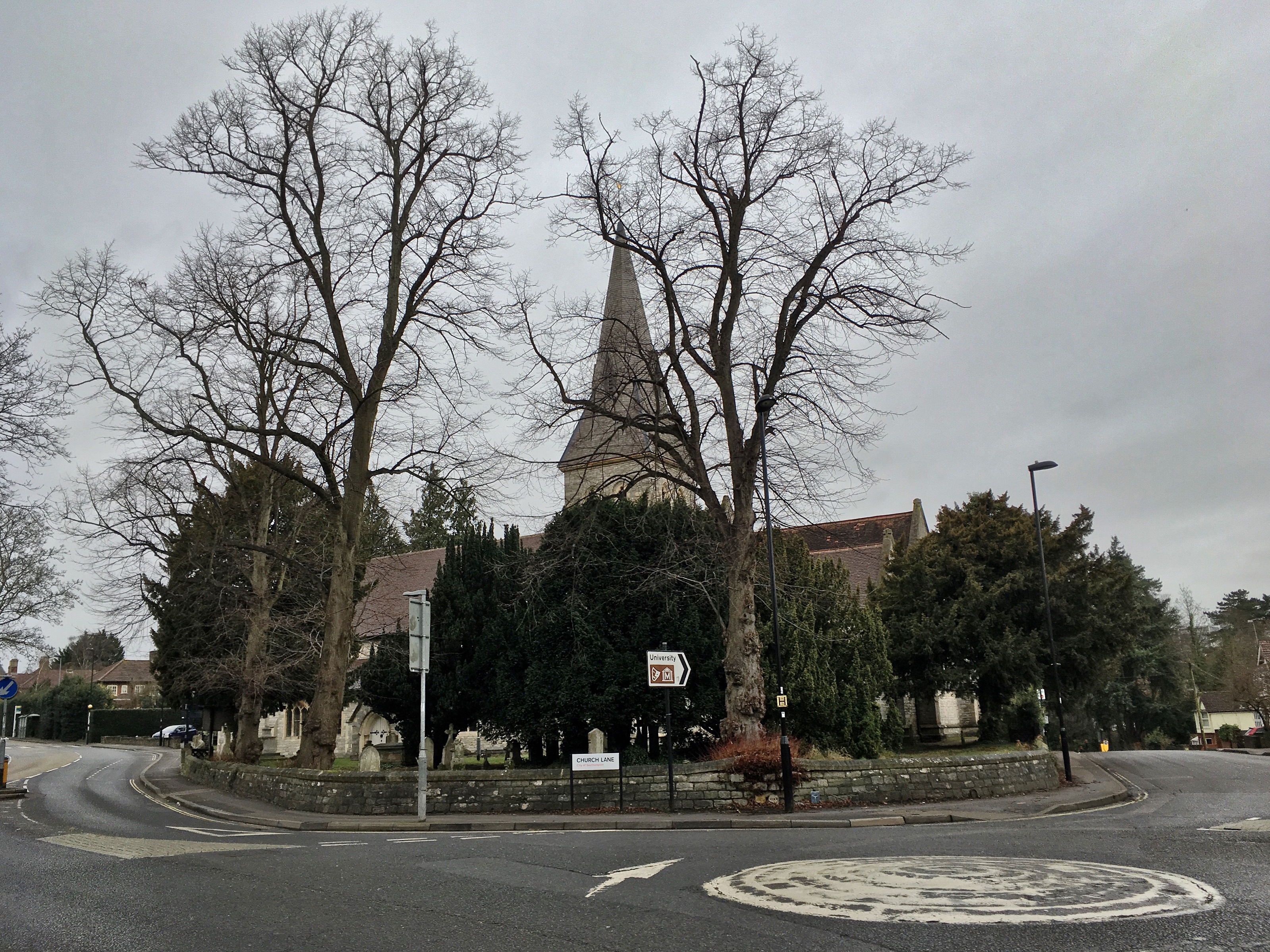 When we visited the church, the west porch was being renovated. There were workmen everywhere and the porch was enclosed by barriers so we couldn’t get a look at it. Another thing we didn’t look at was the lovely red brick Church Institute next door to the church. Both would have been worth stopping to admire this morning.  All I had time for today though was a couple of snatched photographs and a mental note to come back for a better look another day as I marched up the hill towards the Common. 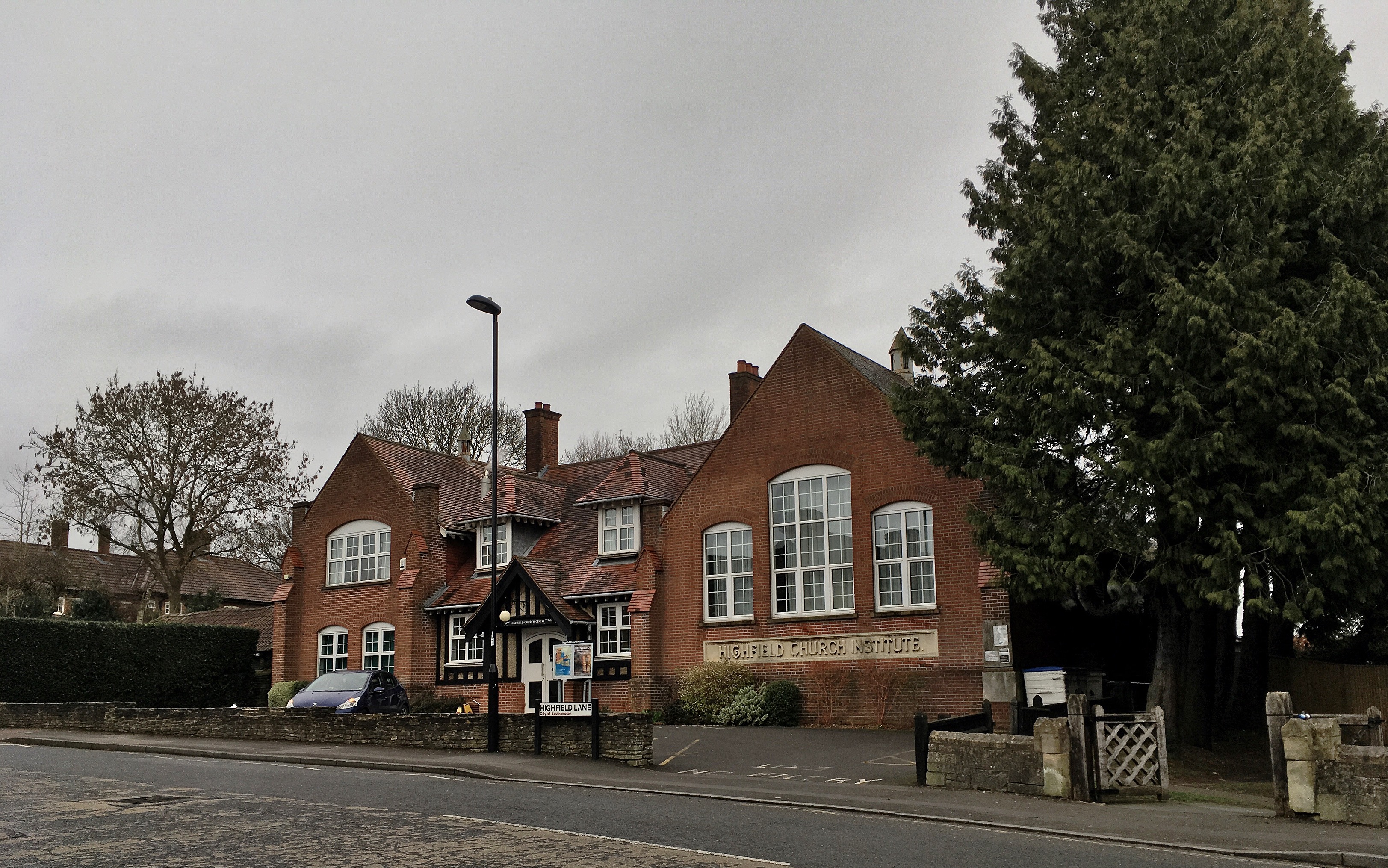 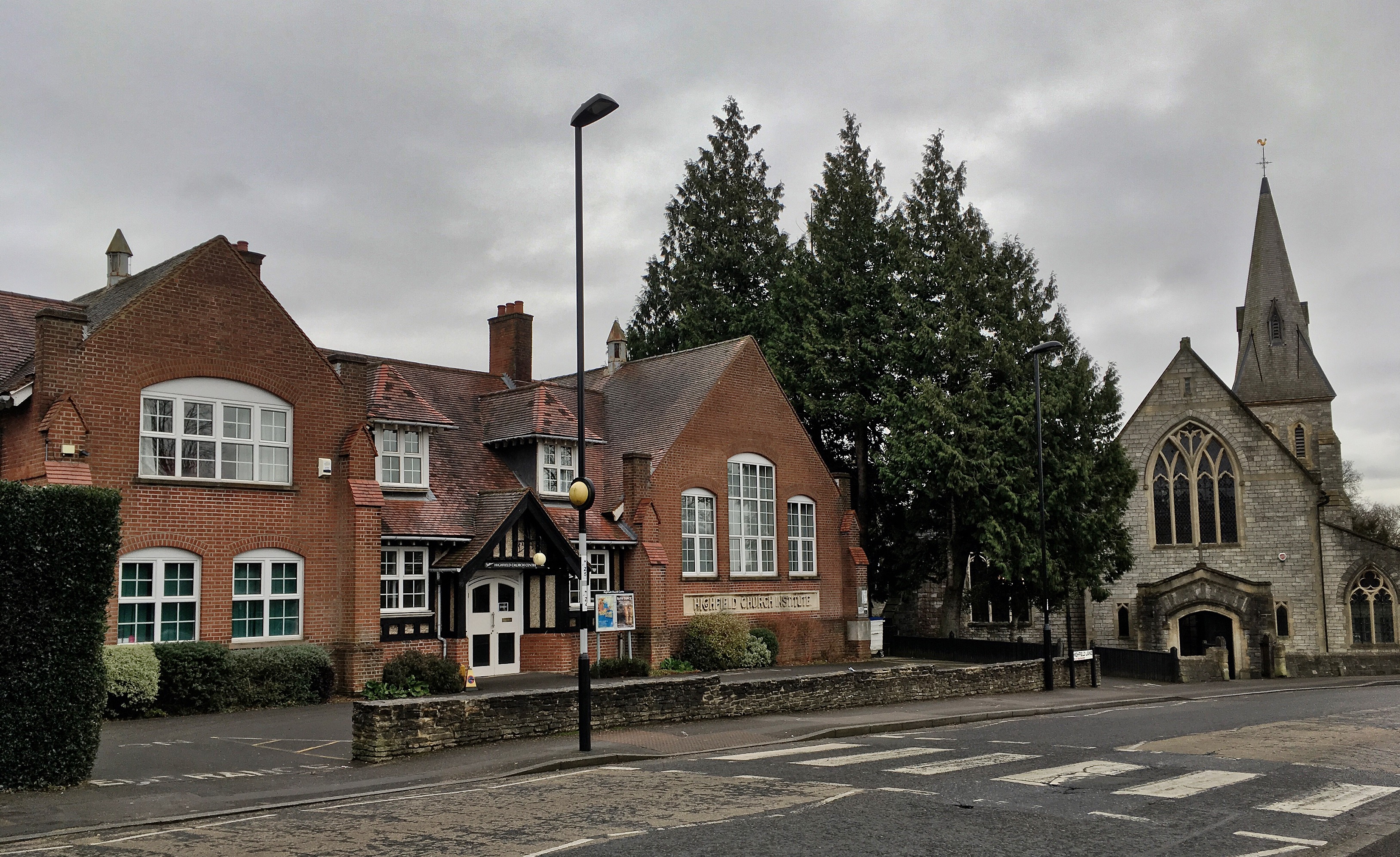 A few spots of rain were beginning to fall by this time. Hopefully it would come to nothing. Getting wet two weeks running wasn’t a pleasant prospect although I could hardly complain when the five fifty mile runners had been running since before dawn and had been out in all weathers on training runs for weeks on end. After one recent run Commando’s hands were so frozen and his boots so muddy he had to cut the laces because he couldn’t undo them. A quick look at my watch told me they would probably now be running around the parkrun course. 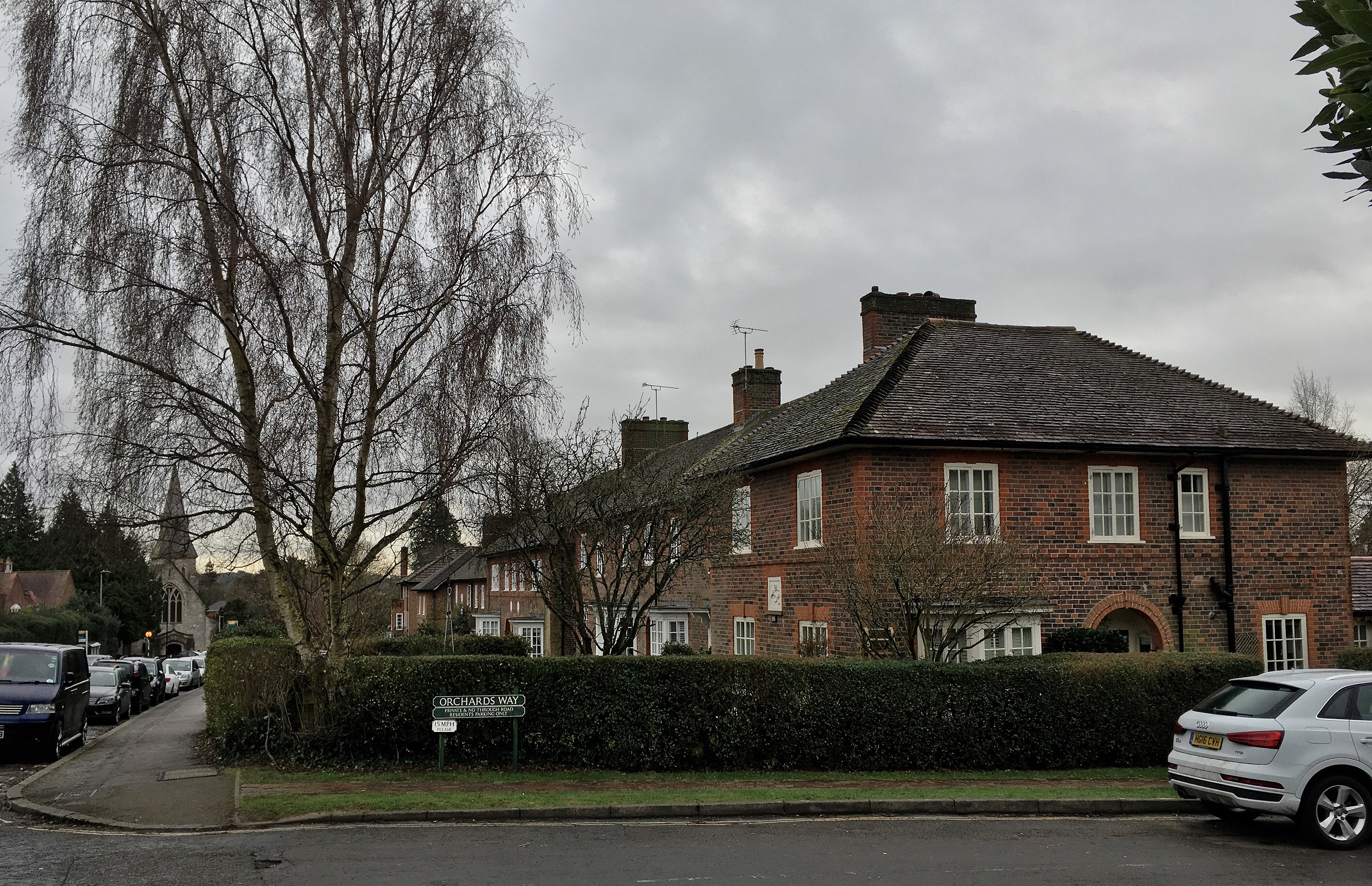 There was never going to be time for stops on this walk but this didn’t prevent me from looking longingly at the Herbert Collins houses as I passed them. Collins’ lovely houses shaped the face of certain parts of the city in the 1920’s and 1930’s. Whenever I pass any of them I tell myself I will write a post about him one day but, so far, I’ve never got around to it. Obviously today wasn’t that day, although I did take a couple of quick photos. 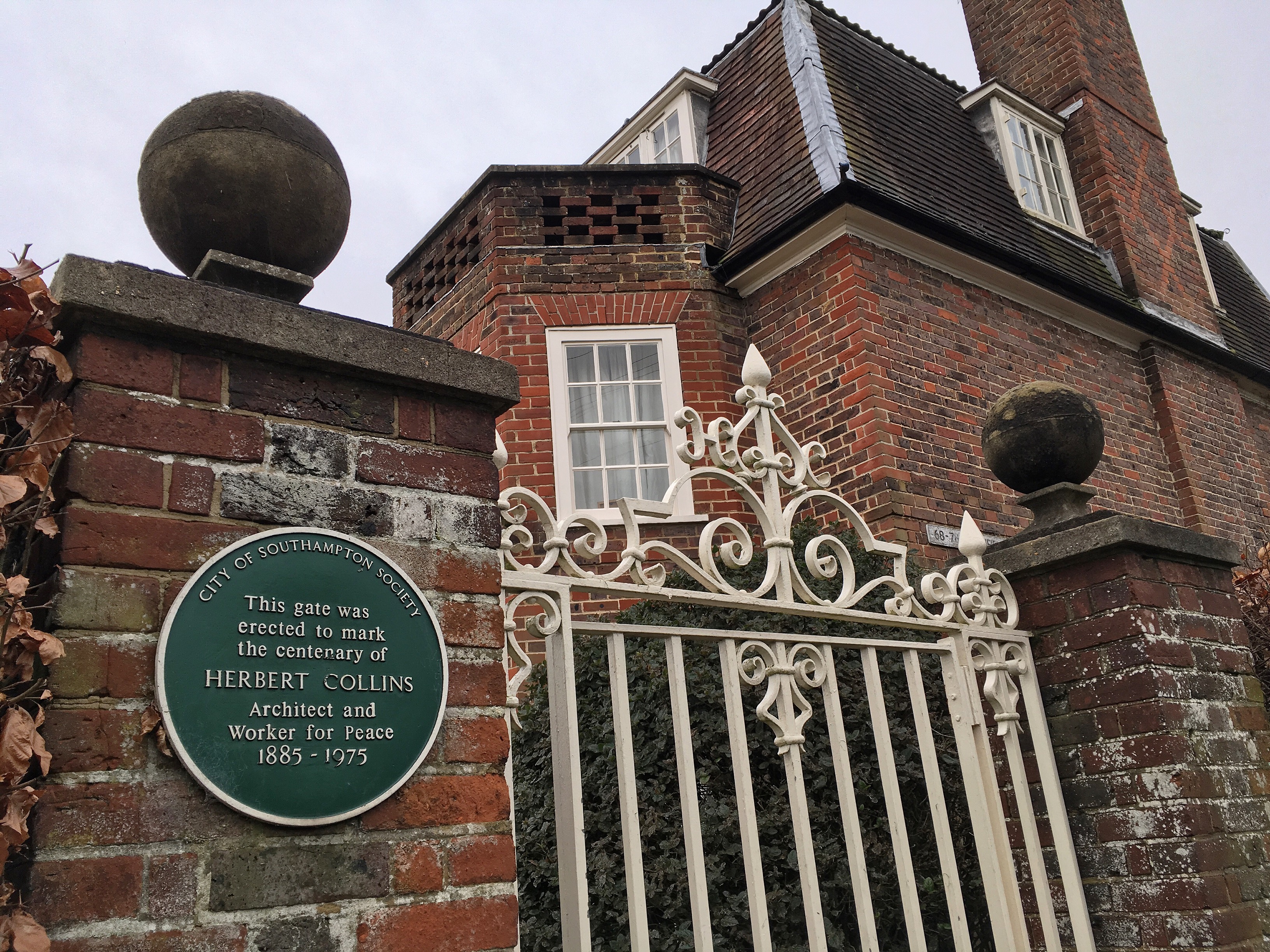 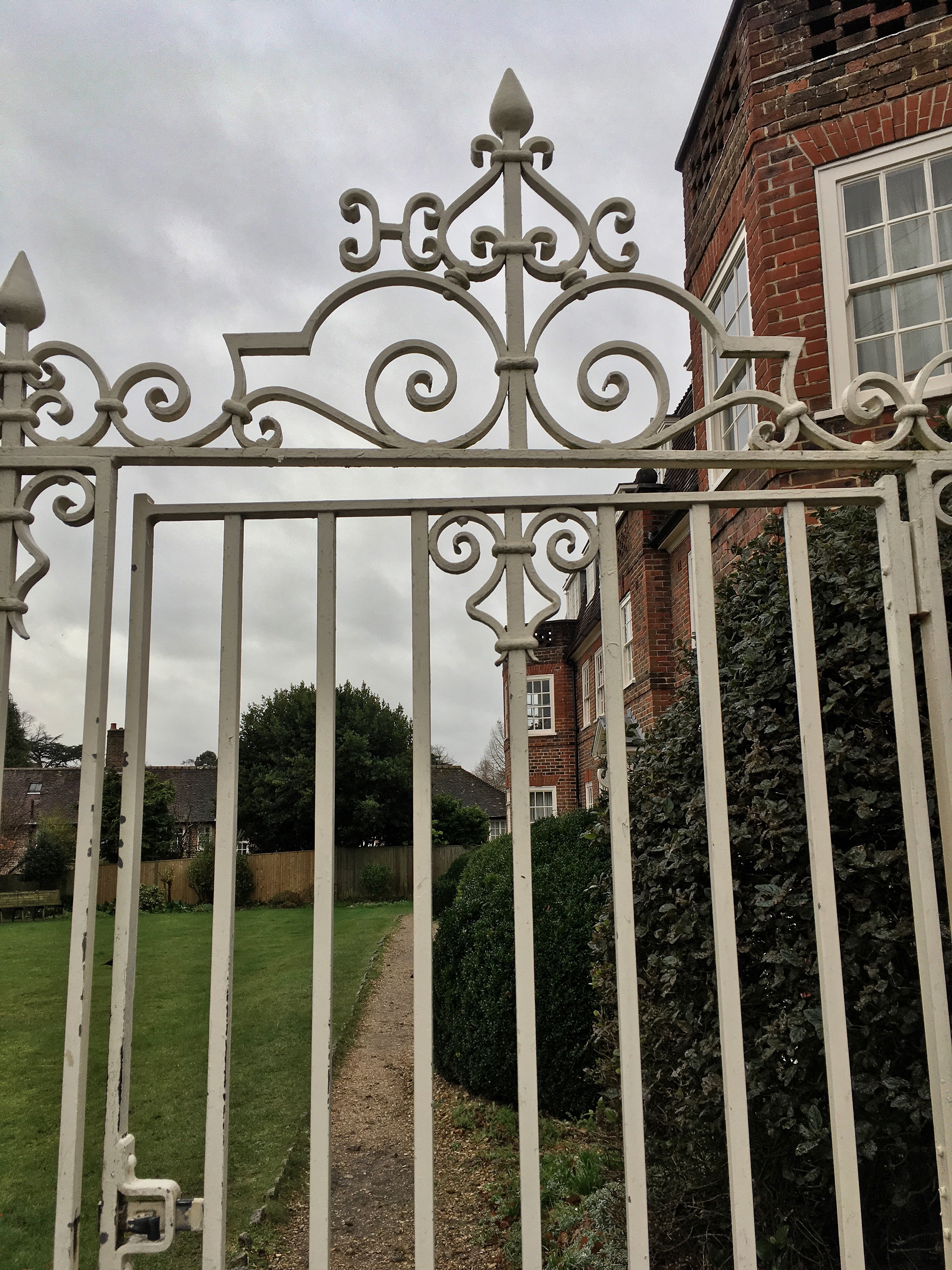 Another interesting building I passed regretfully was Highfield Lodge. Once,  I believe, the Lodge to Highfield House.  Highfield had many grand estate houses and one day I may write a post about them too. Today it was time to turn off Highfield Lane and head for the edge of the Common. 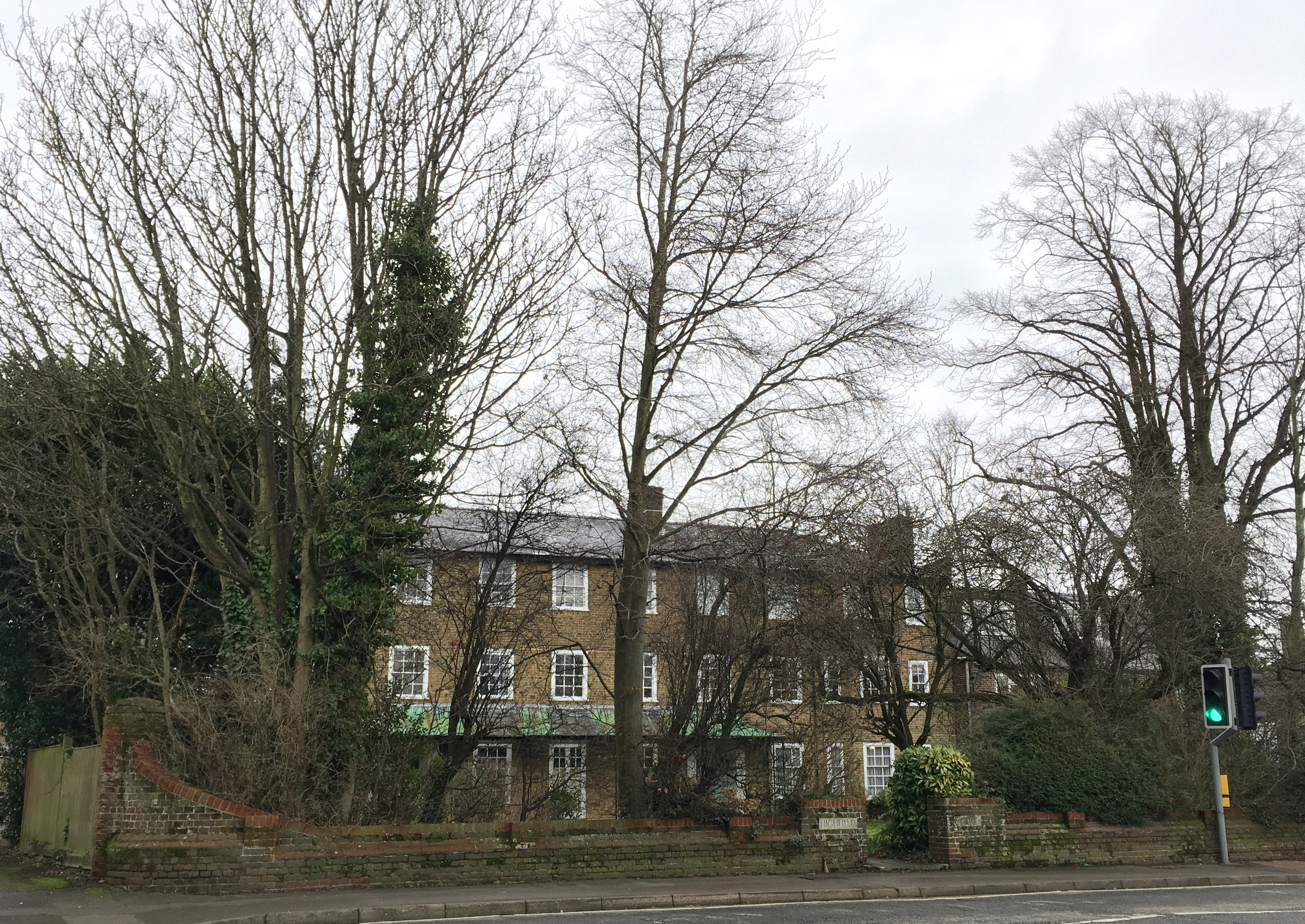 The spickle speckles of rain seemed to be getting harder as I headed towards the Beyond Graffiti Tunnel. At this point I’d expected to see a few of the faster parkrunners heading for home but all I saw were a few dog walkers and a trio of students strolling towards the tunnel. 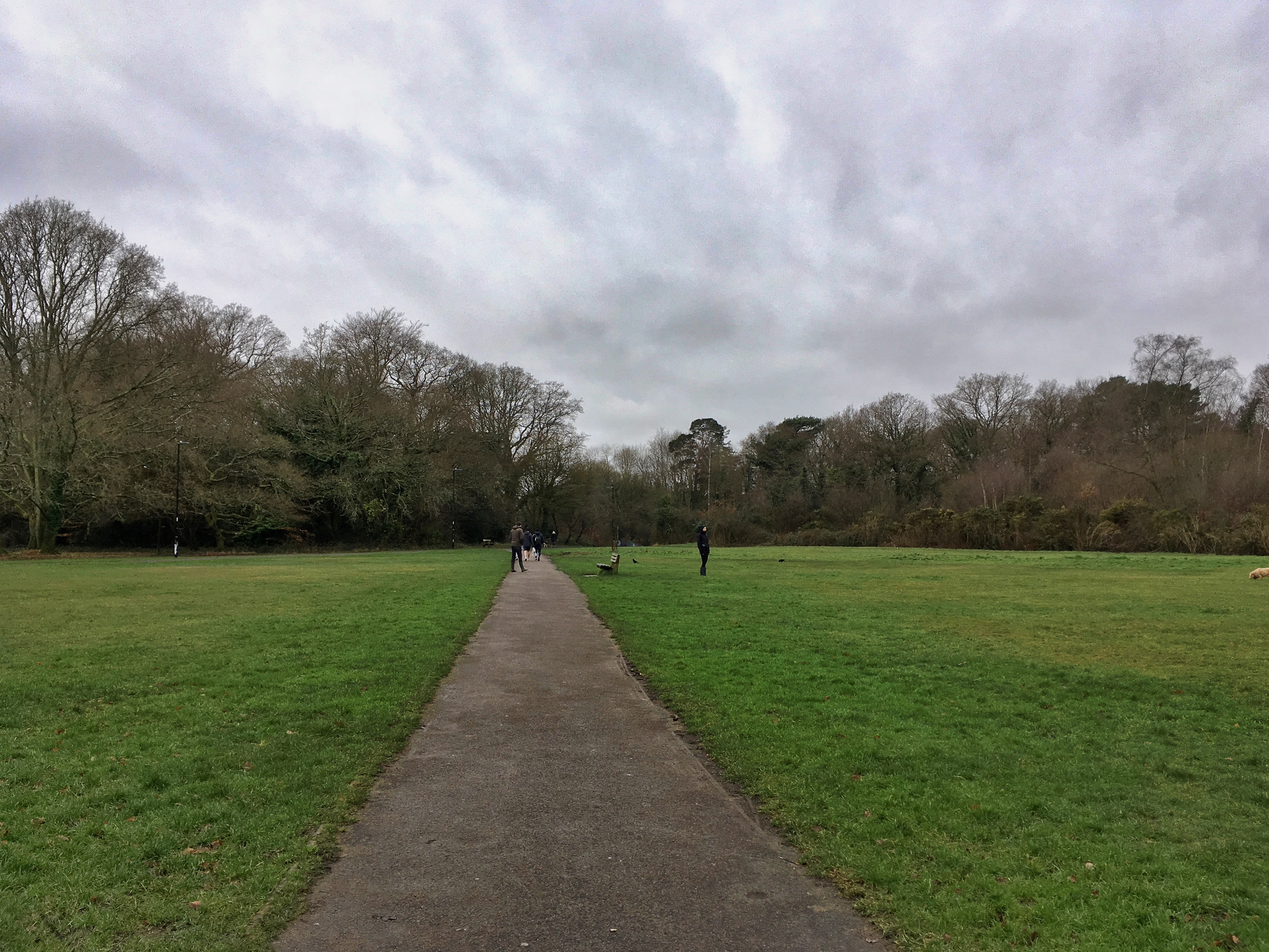 Usually I’d dawdle along, looking for new paintings, but today there was time for nothing more than a handful of quick but colourful snaps as I passed through. It felt as if this whole walk was about things I couldn’t stop to look at properly but I had runners to meet. At least, if they hadn’t ended up in a muddy ditch somewhere, I did. 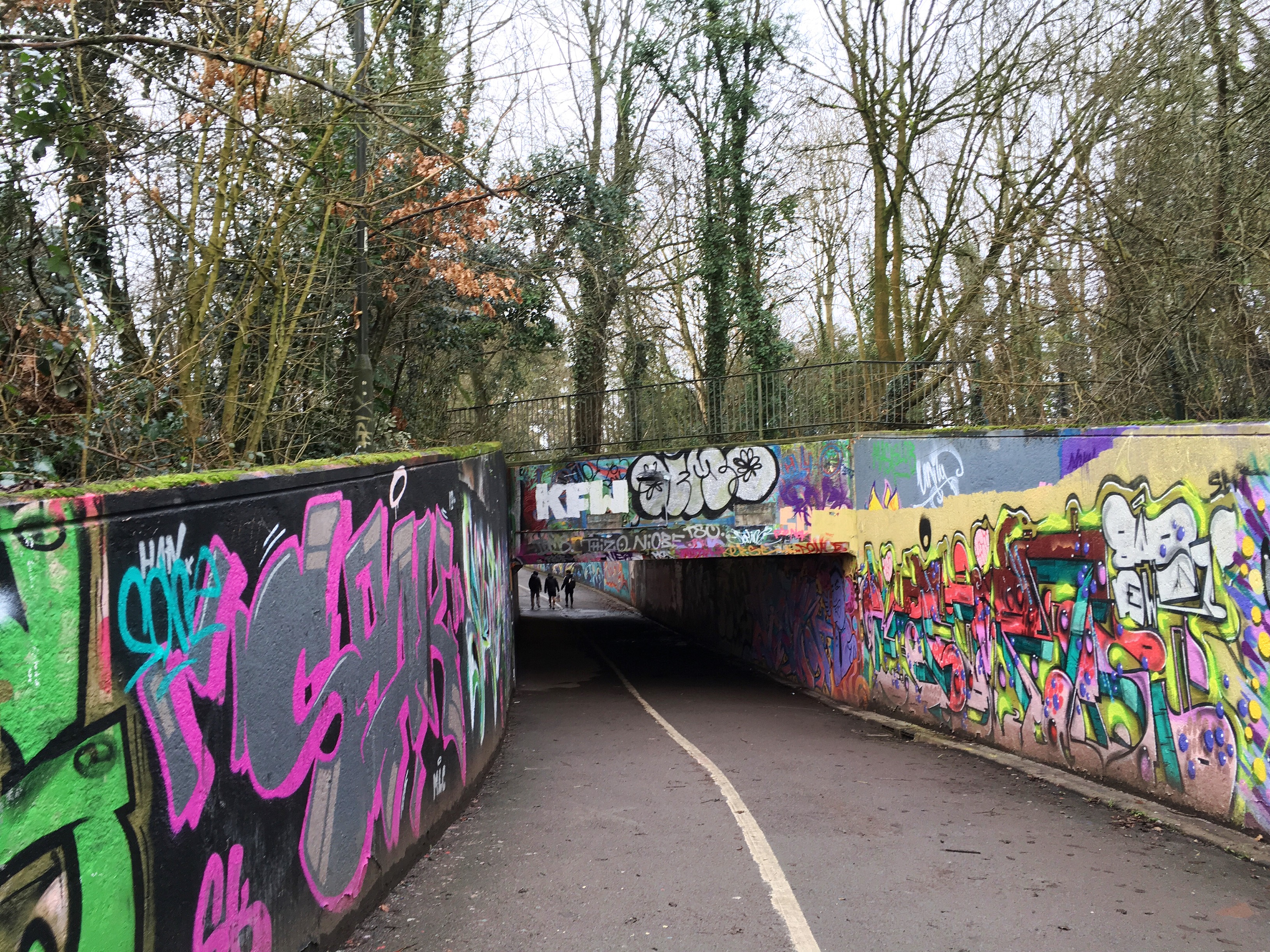 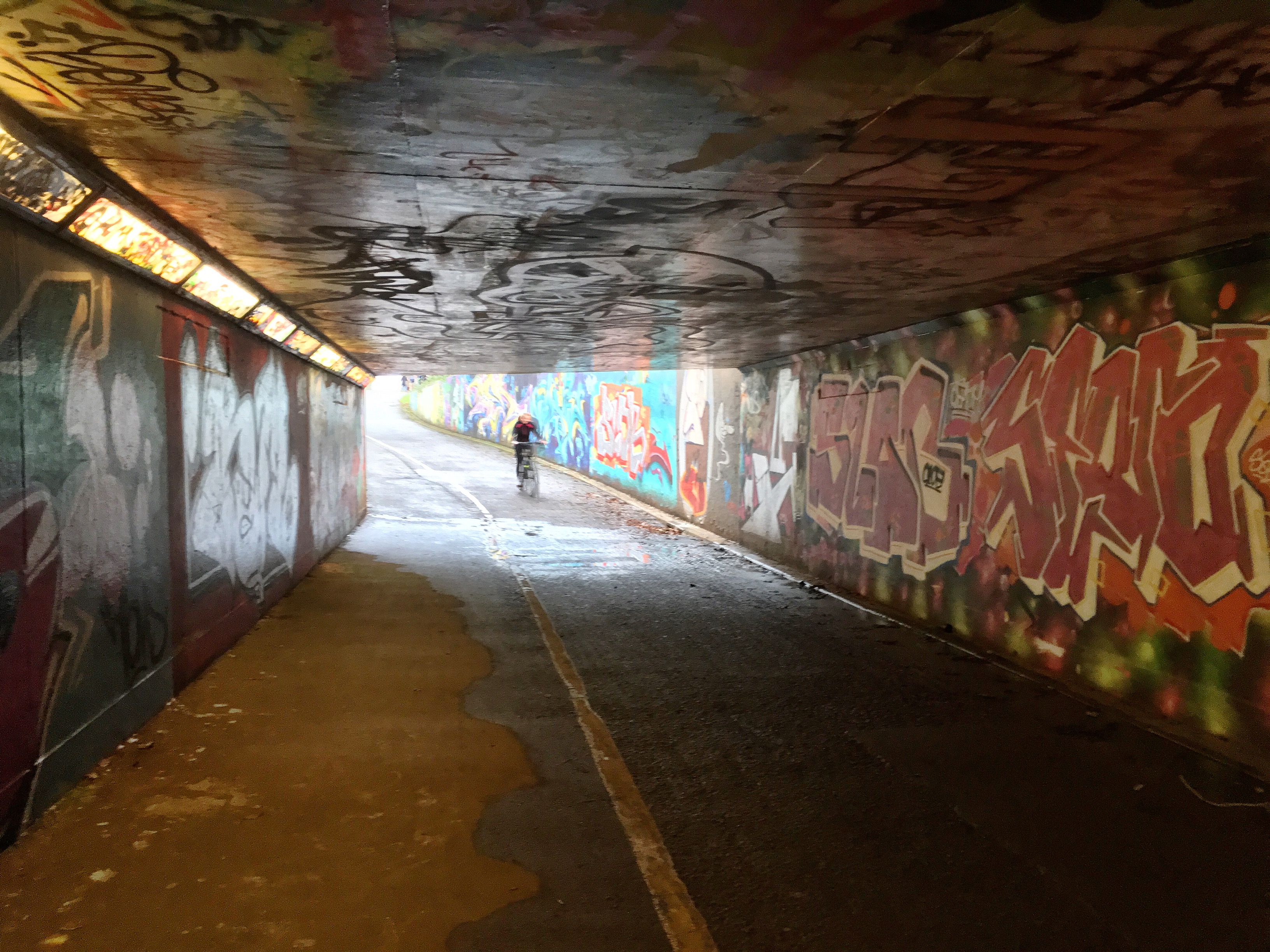 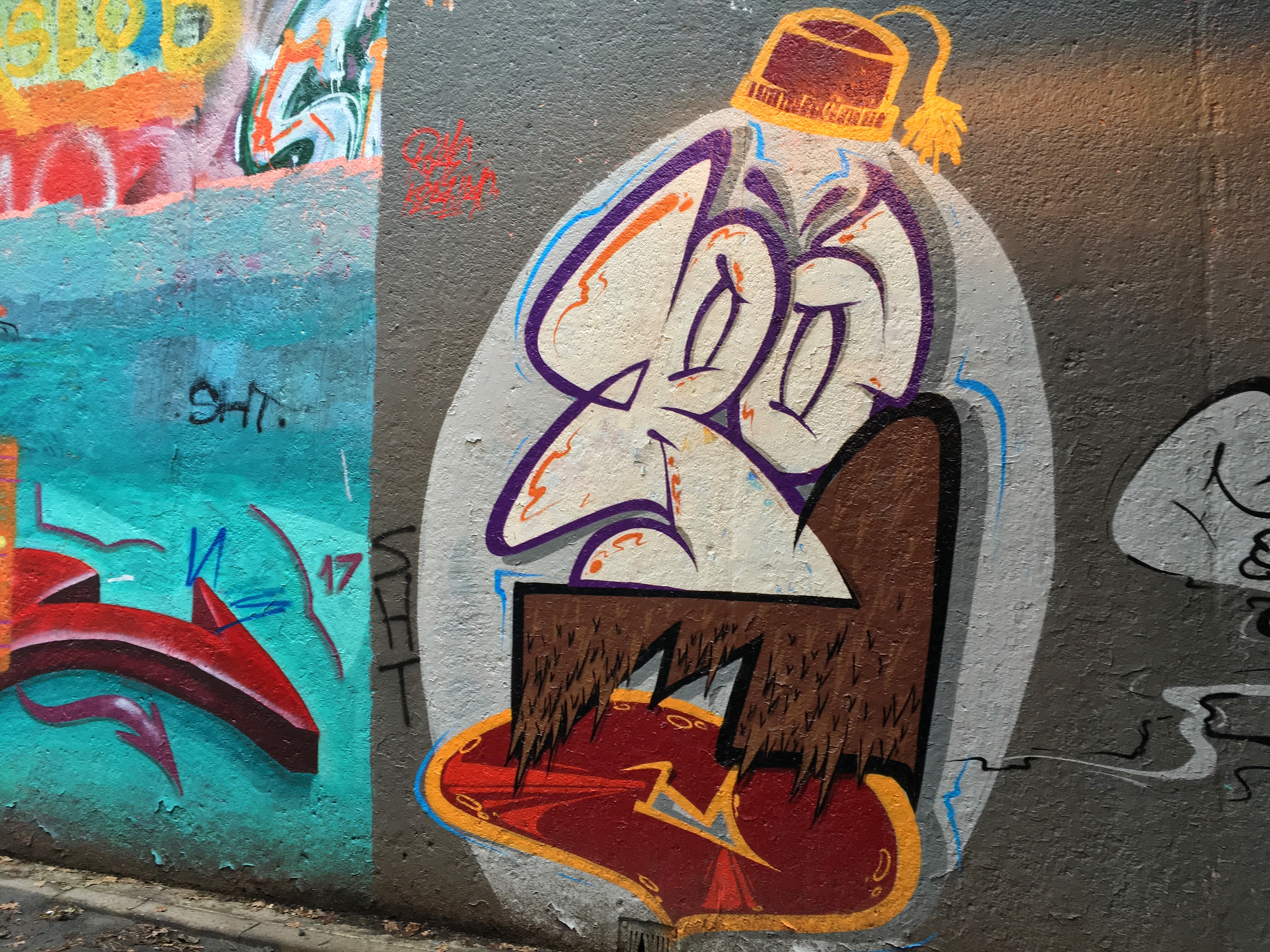 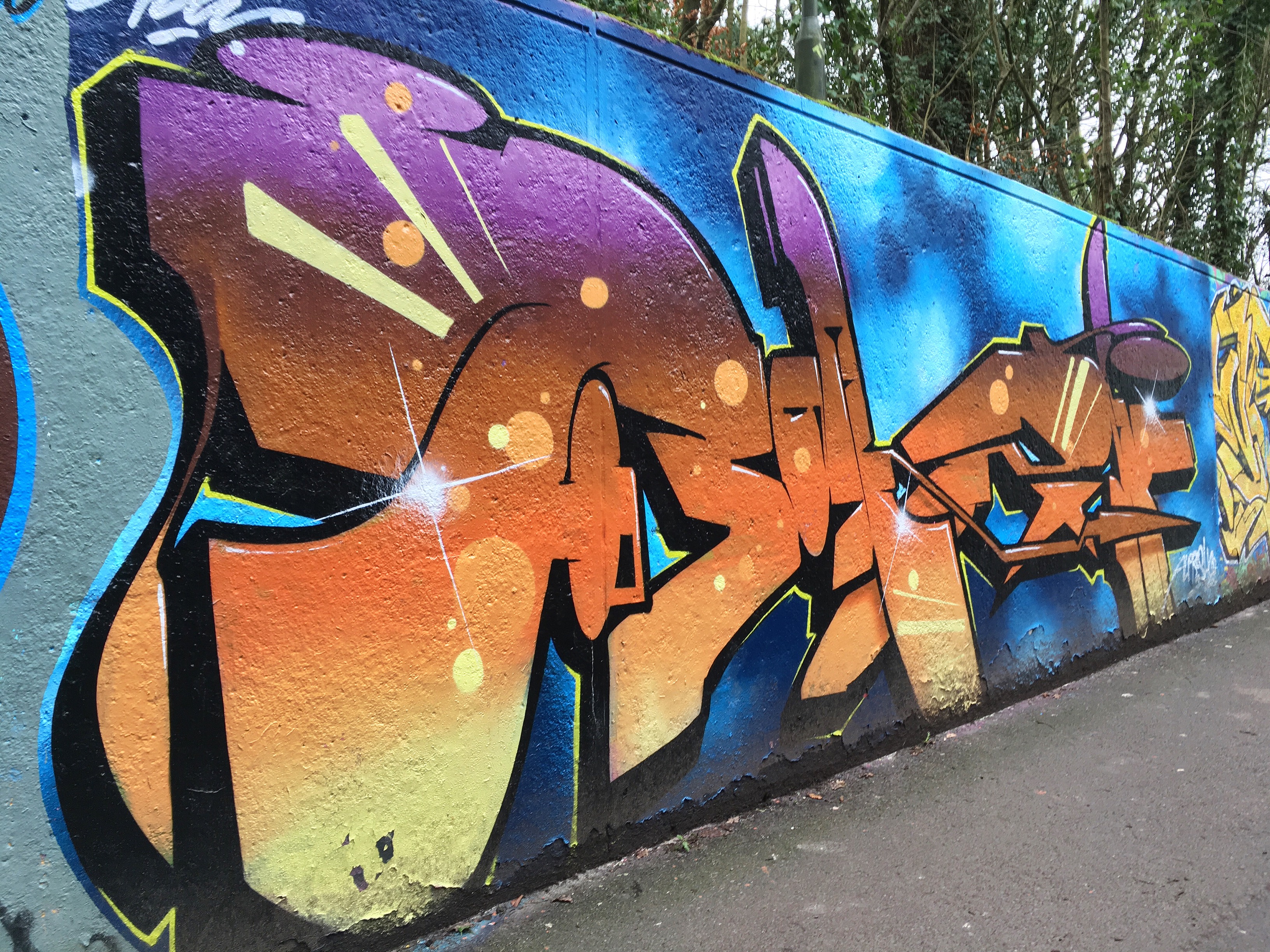 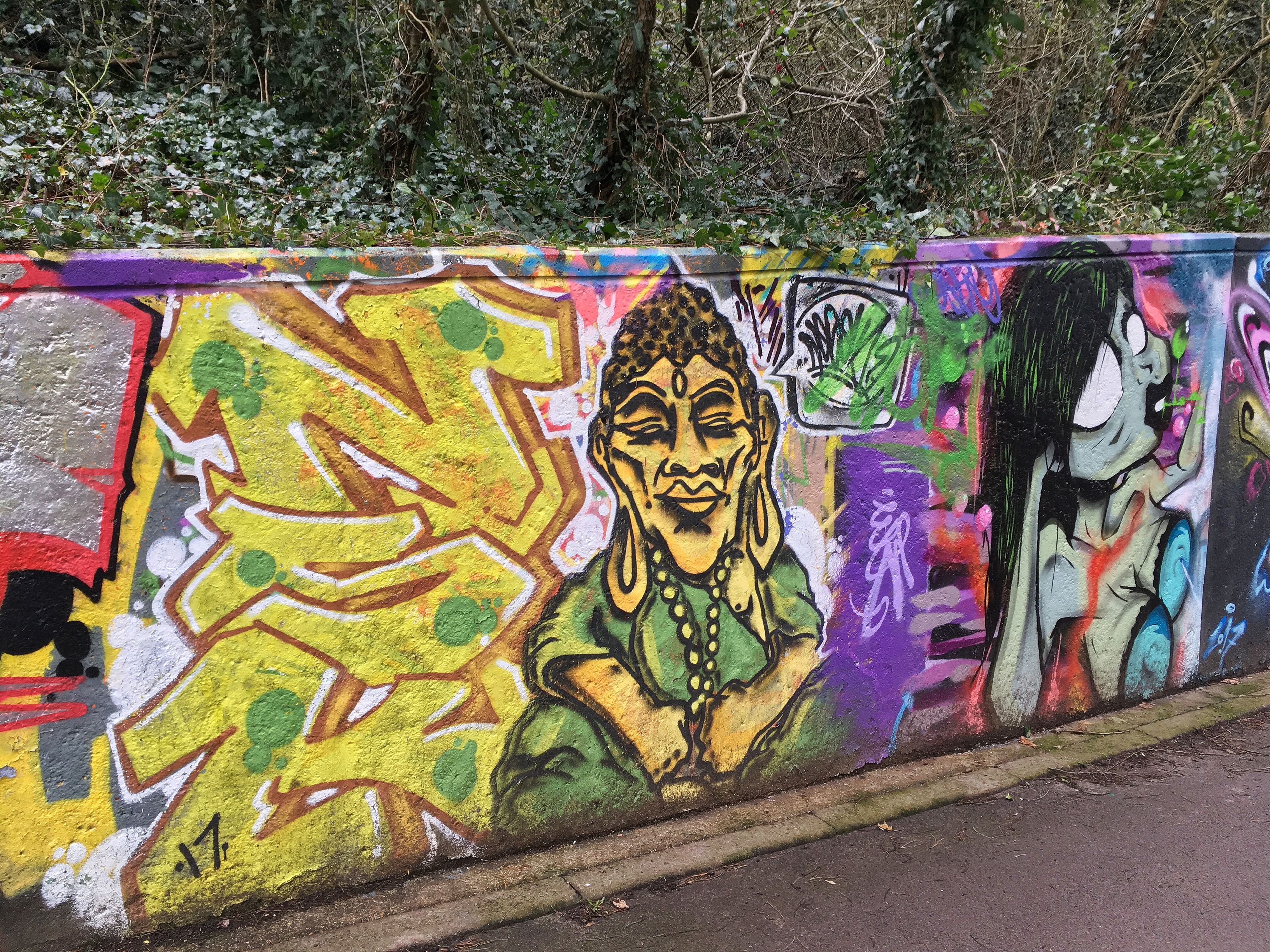 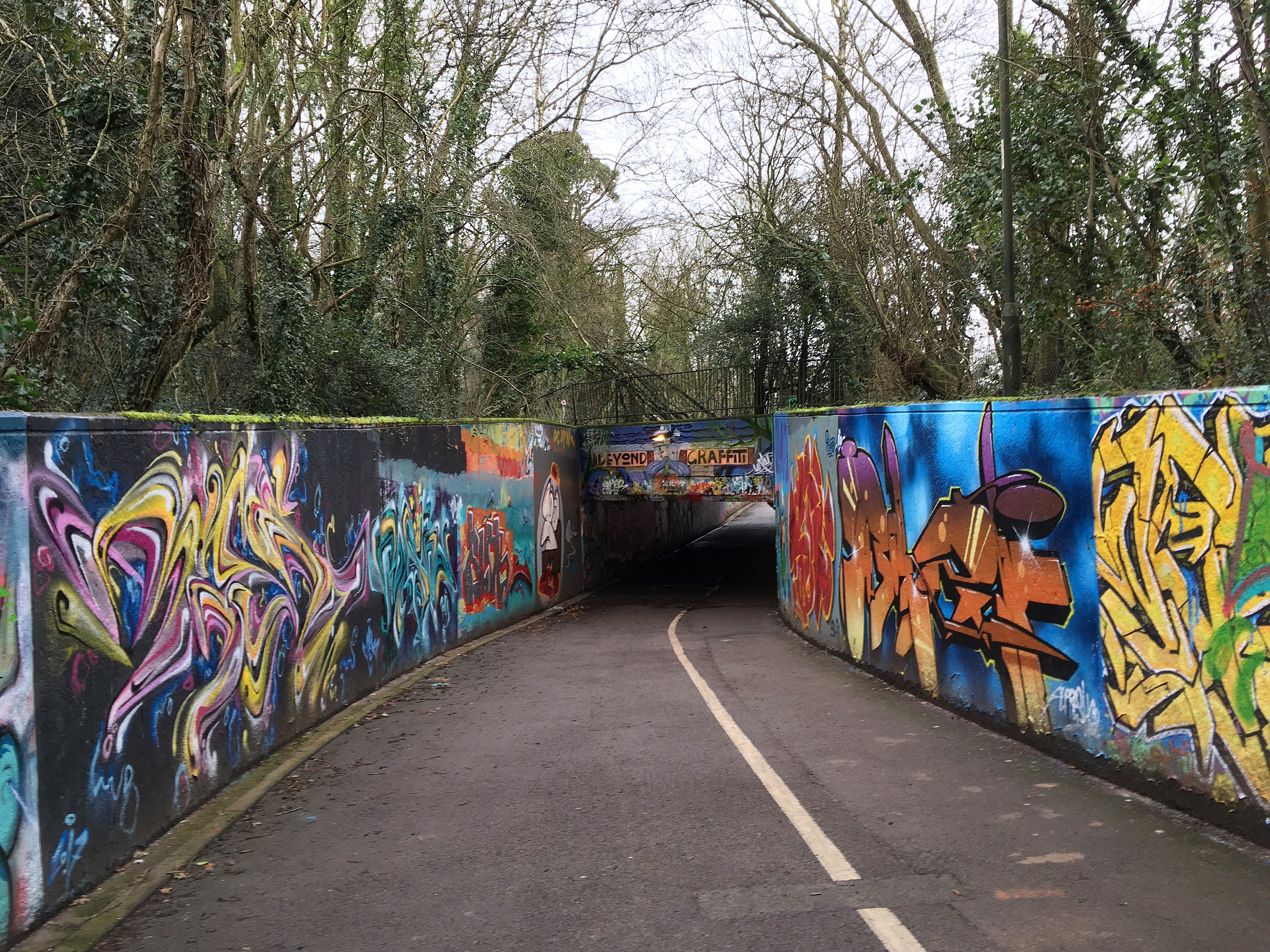 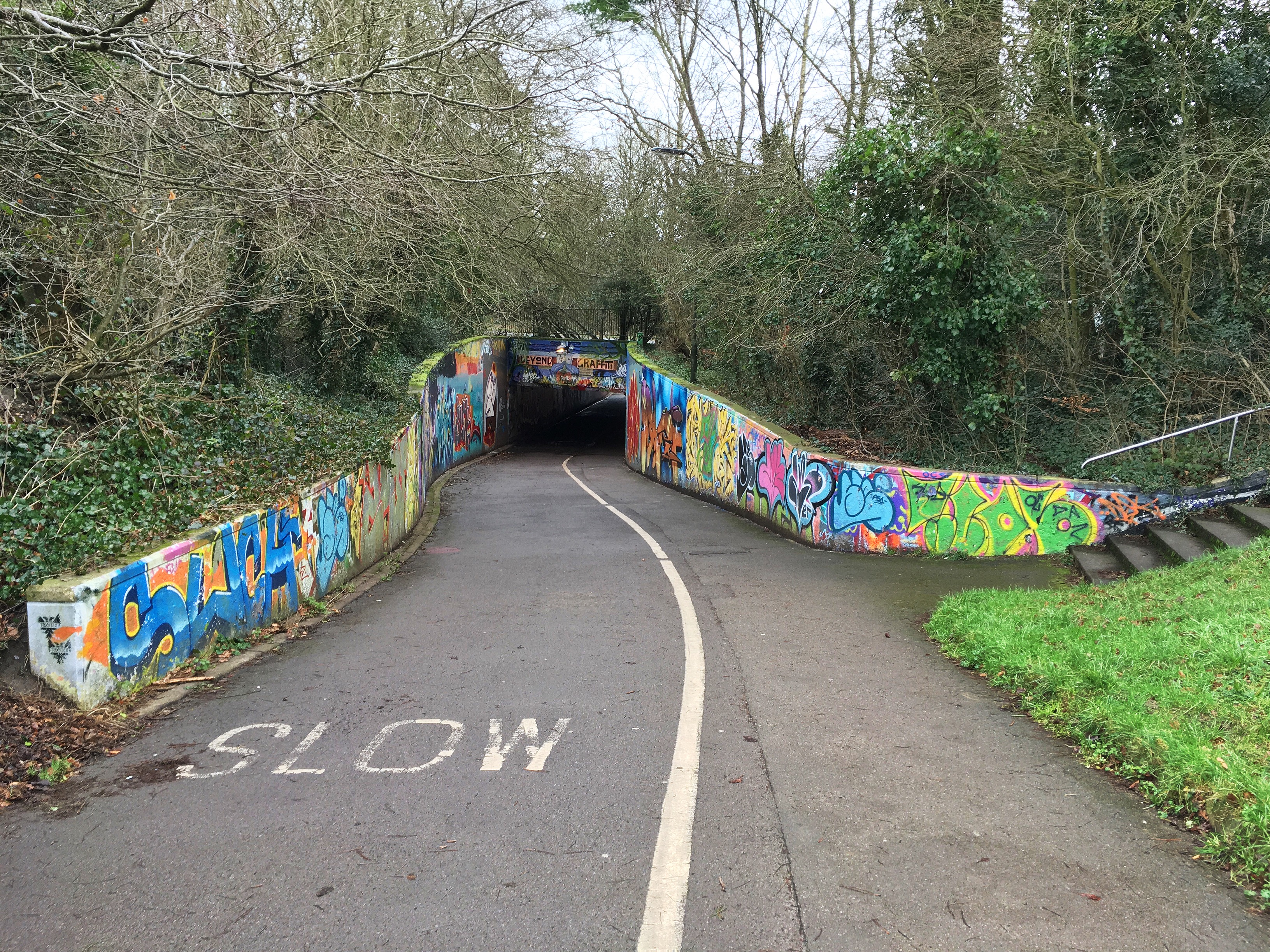 Now I was on the main part of the Common, heading towards the crossroads. The marshals who always stand there had already gone. Obviously the tail runner and the last parkrunner had already passed by. The rain hadn’t got any harder but it was still falling so I hurried on. 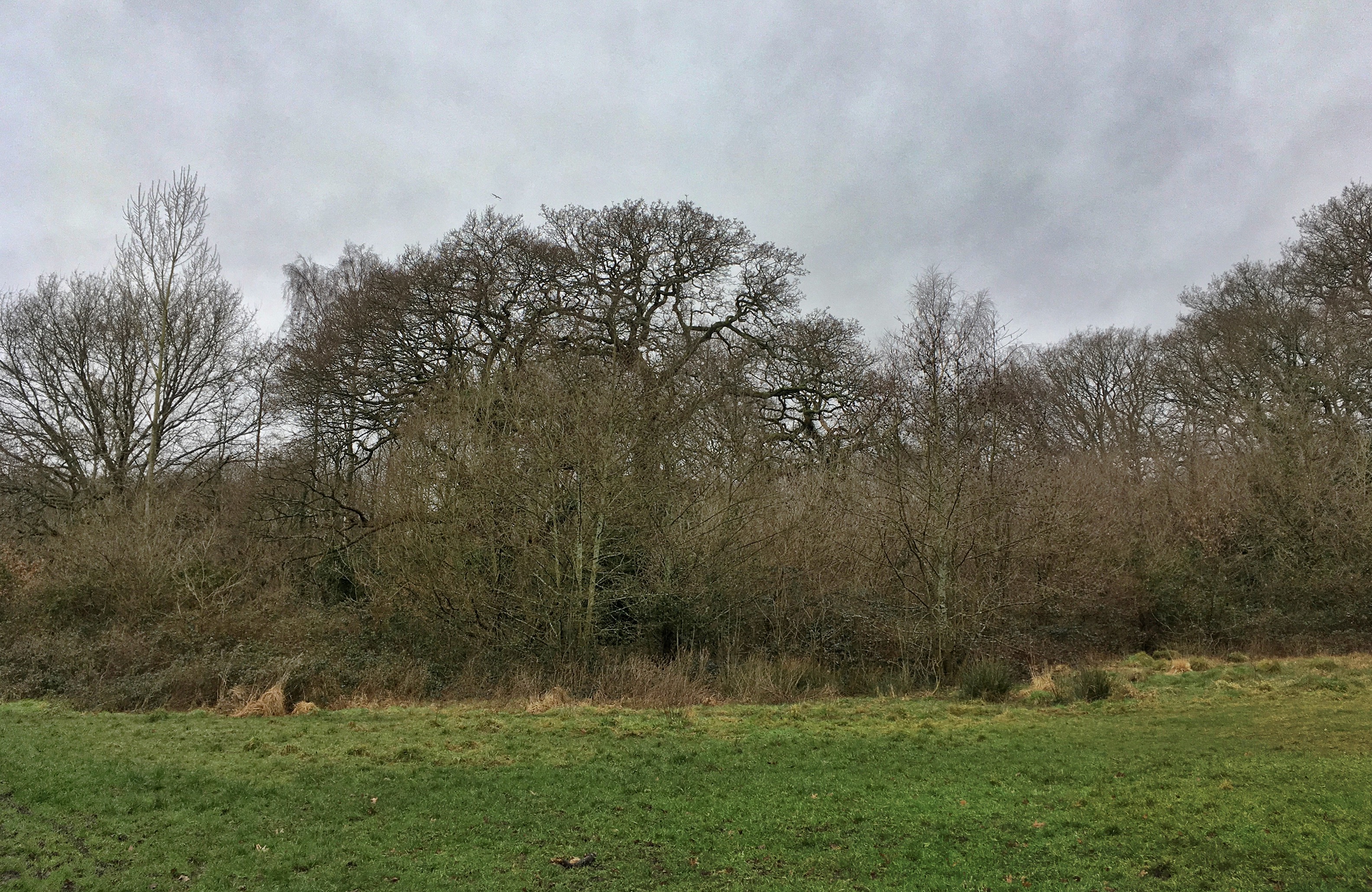 A few parkrunners were walking past the boating lake as I passed and I guessed Commando would be helping with the packing up by this time. At least, if his legs held out he would. All five, fifty mile runners are Marathon veterans and both Commando and Rob have run longer distances at Thunder Run.  Only Luis has run this far in one go though, supporting Scott Dawson on his run around the Isle of Wight. Unlike Marathon training, training for an ultra run seems to be mostly about getting as many miles a week in as possible. Lately almost every day has been a running day, mostly runs well in excess of ten miles. Surprisingly the only issue seventy odd miles a week has caused so far has been a constant, ravenous hunger and a huge pile of running clothes in the laundry basket. Even so, I can’t begin to imagine walking such a long distance, never mind running it. 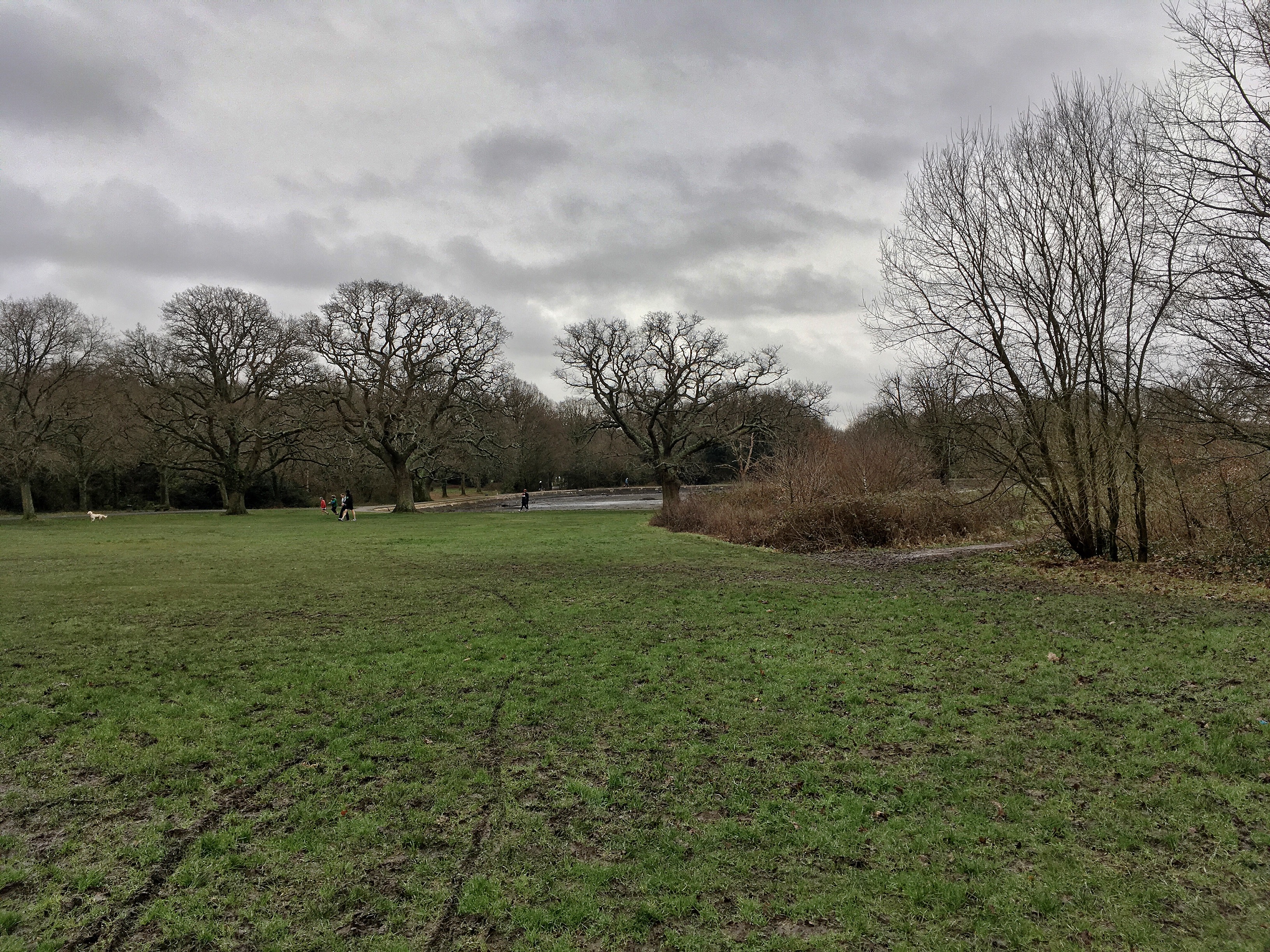 My morning walk was rapidly coming to an end. Heading down the path towards the Bellemoor Corner I noticed a couple of policemen walking ahead of me, obviously on patrol. If they weren’t careful they were going to walk right into a mass of parkrunners leaving the Common. 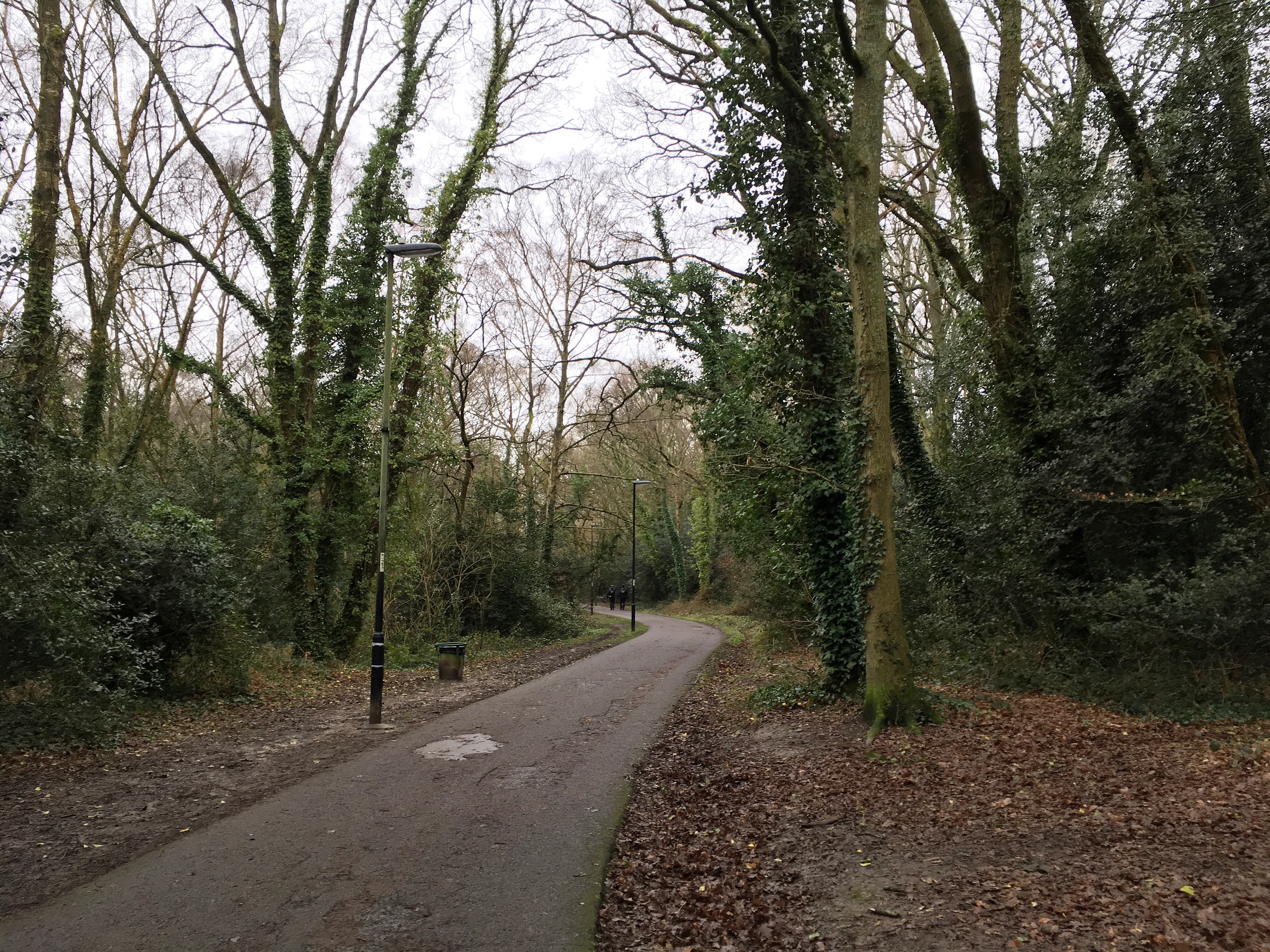 As I crossed the stream a parkrunner on a cooldown lap passed me by. He soon caught up with the policemen and turned left towards the start finish line. The policemen turned right. Maybe they did know about parkrun after all. 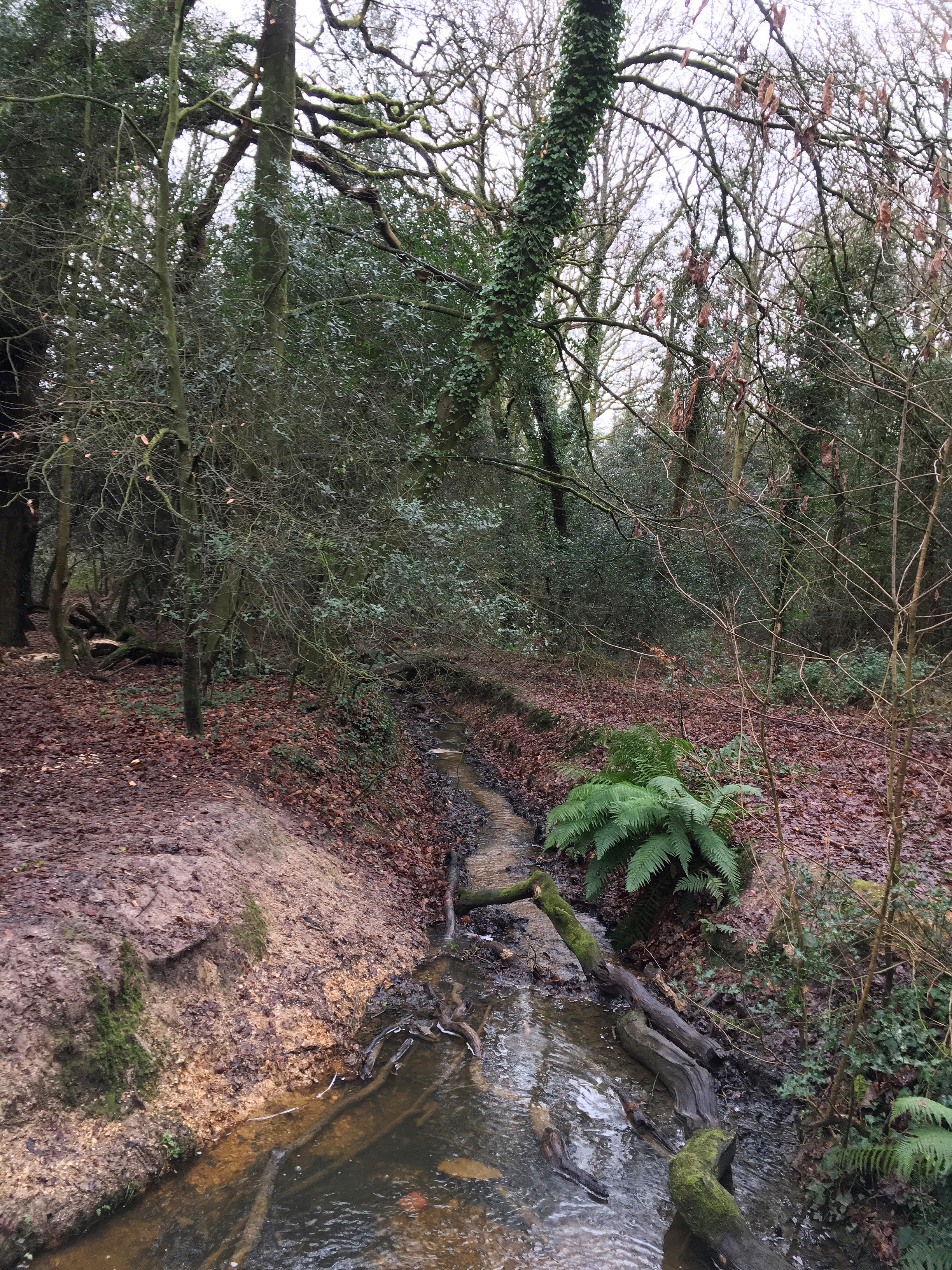 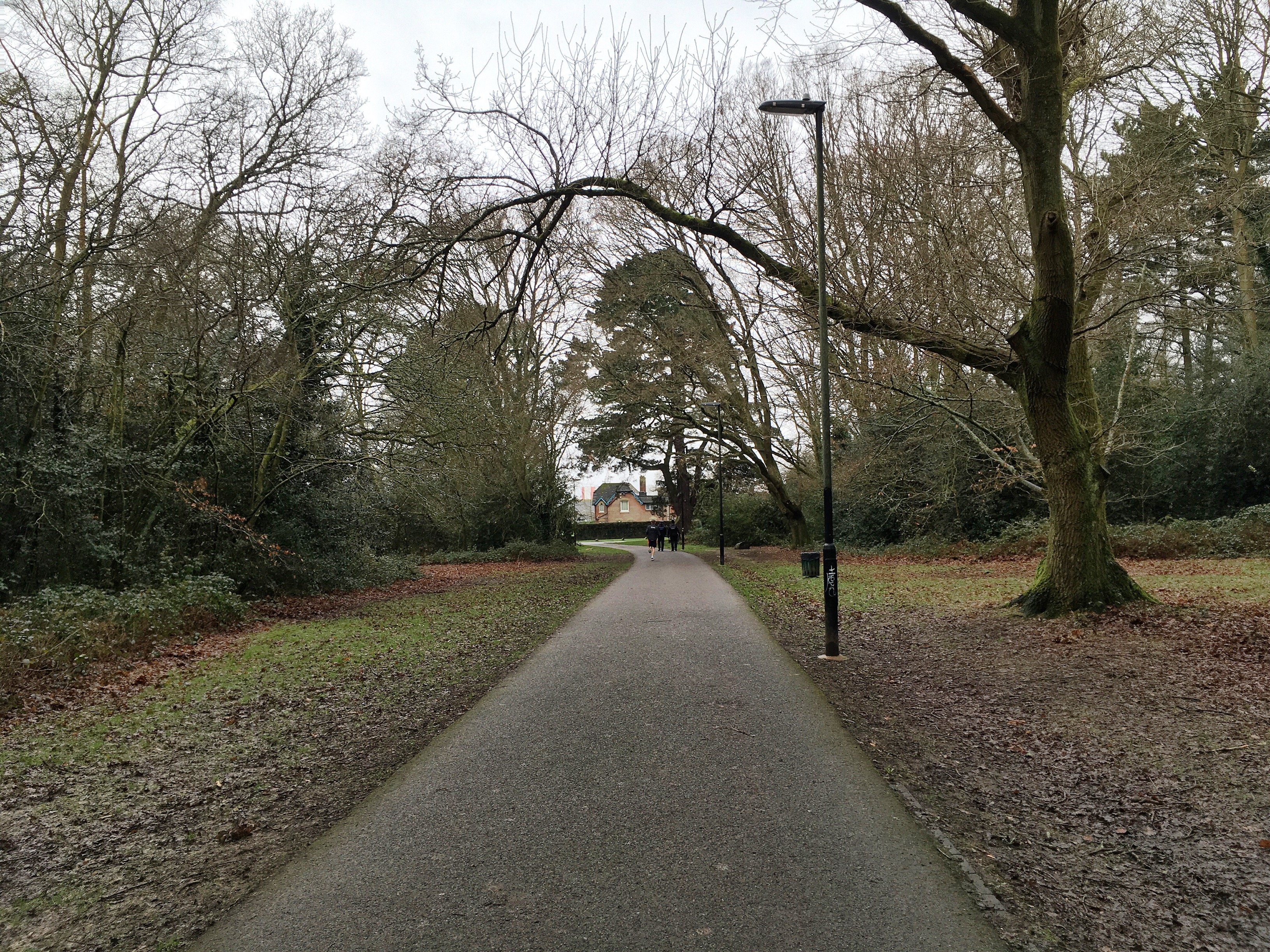 A few of the parkrunners were already heading for the road as I approached the corner. If I wasn’t careful I was going to be the one caught up in the crowd. This was my cue to pick up the pace and try to beat them to it. 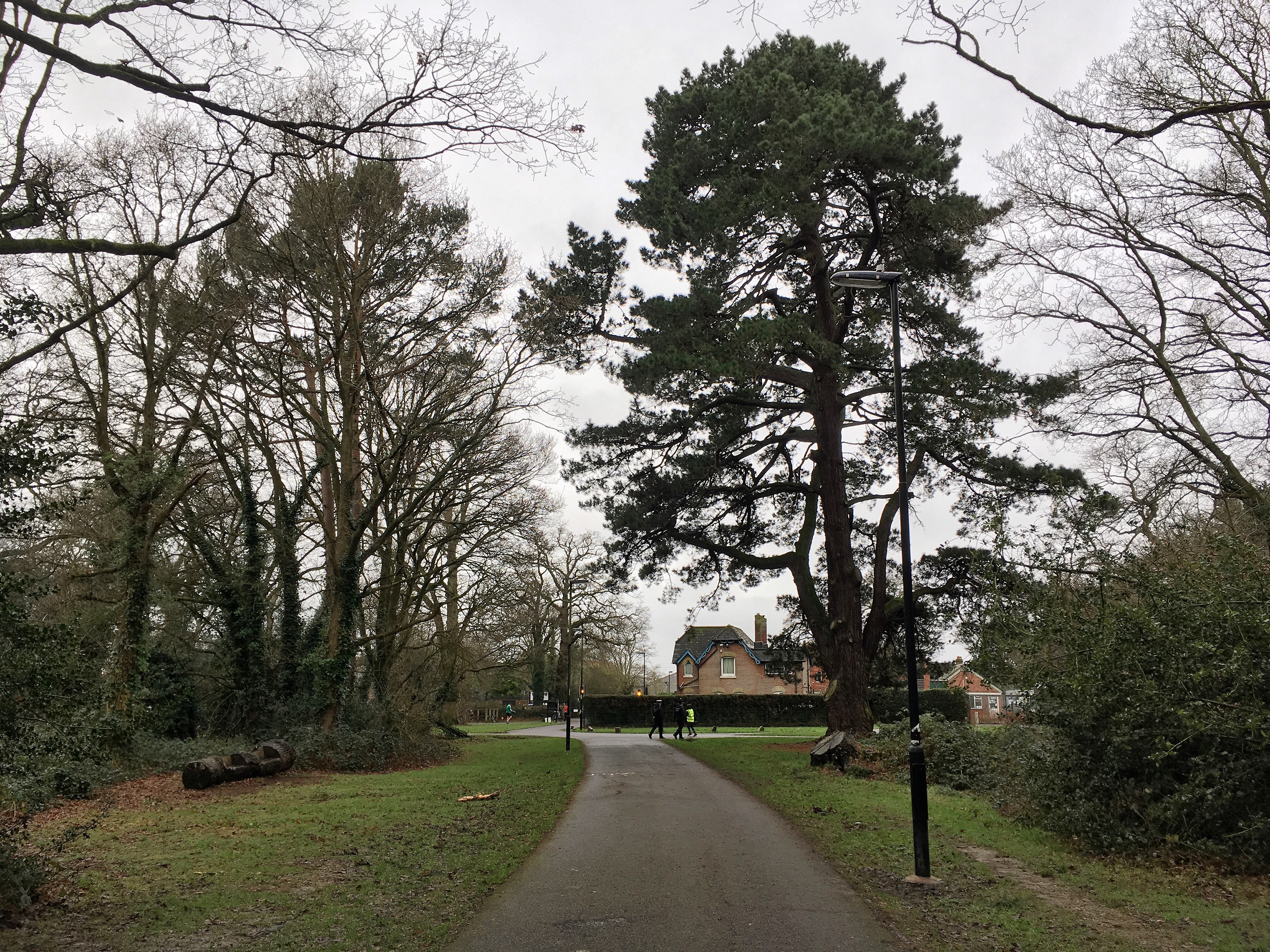 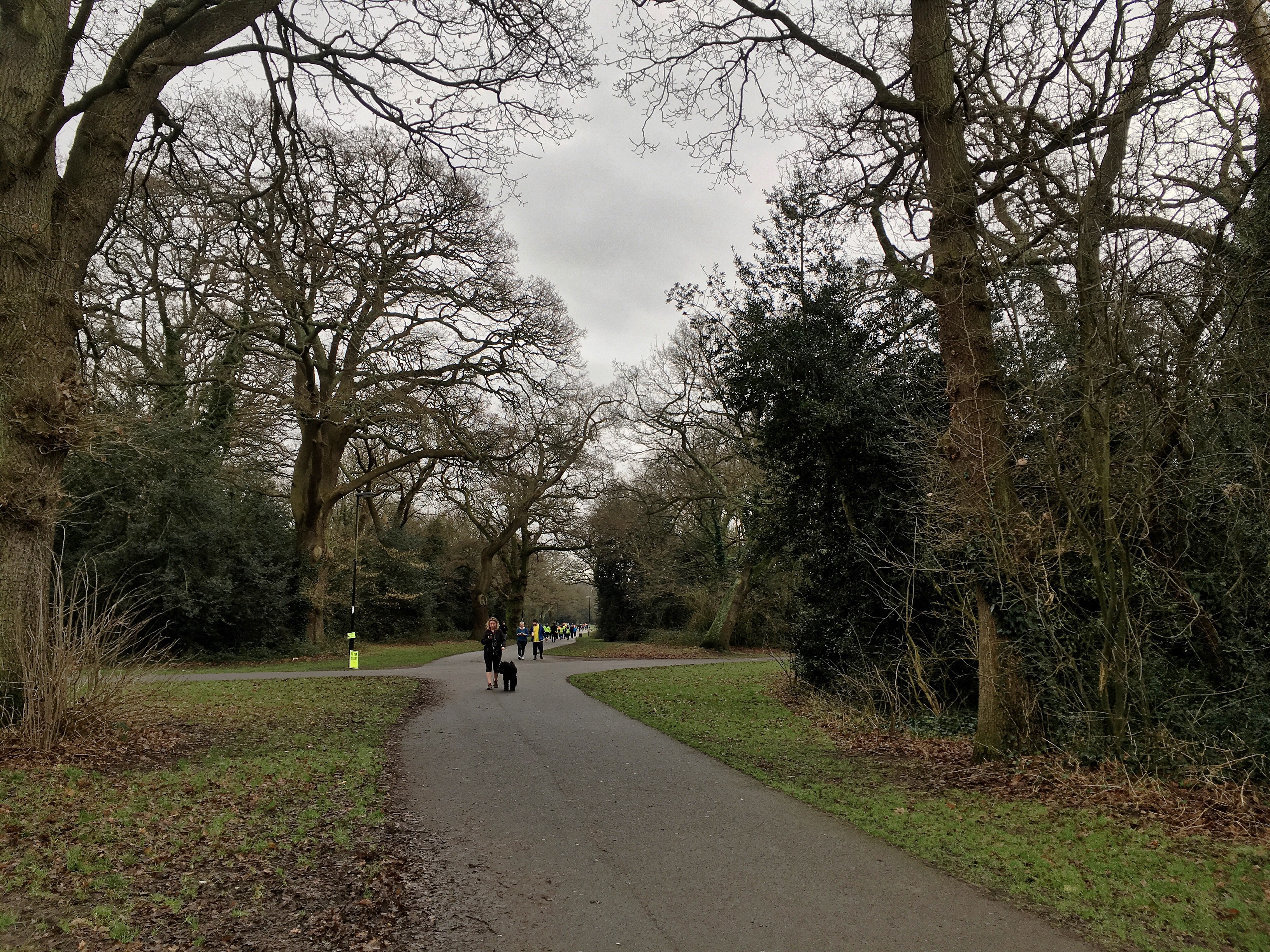 It worked and I made it to the road just ahead of the crowd. As I was waiting to cross my phone rang. It was Commando. Somehow he’d made it to the pub ahead of me and was wondering where I was. It was a relief to hear his voice and know he’d finished one more long run in one piece. 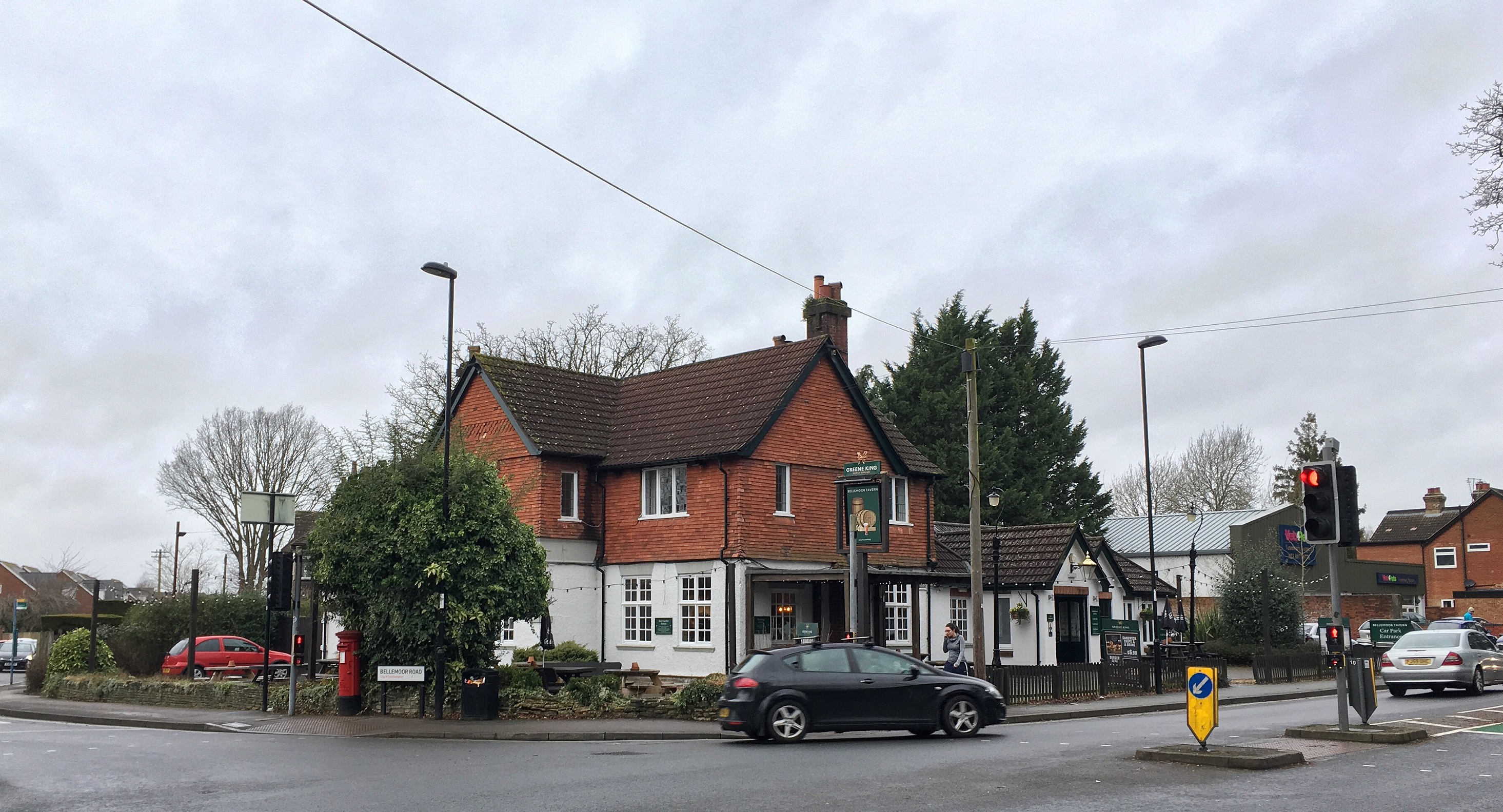 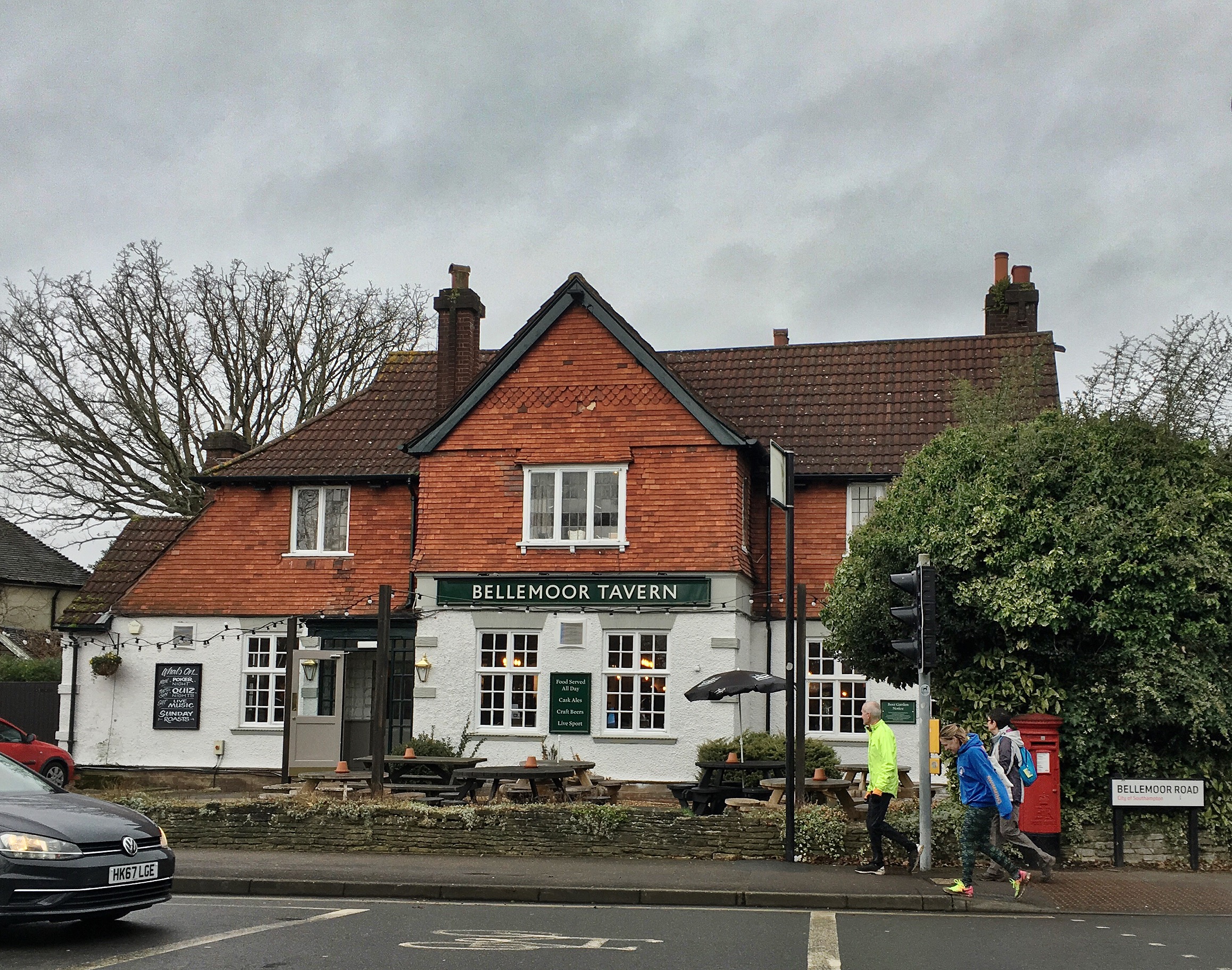 For five men who’d been up since before dawn and had run eighteen miles they were all in surprisingly good shape, if a little muddy around the edges, they’d even stopped as dawn broke to take a selfie. What they will be like at the end of fifty miles may be a different story, we shall see. 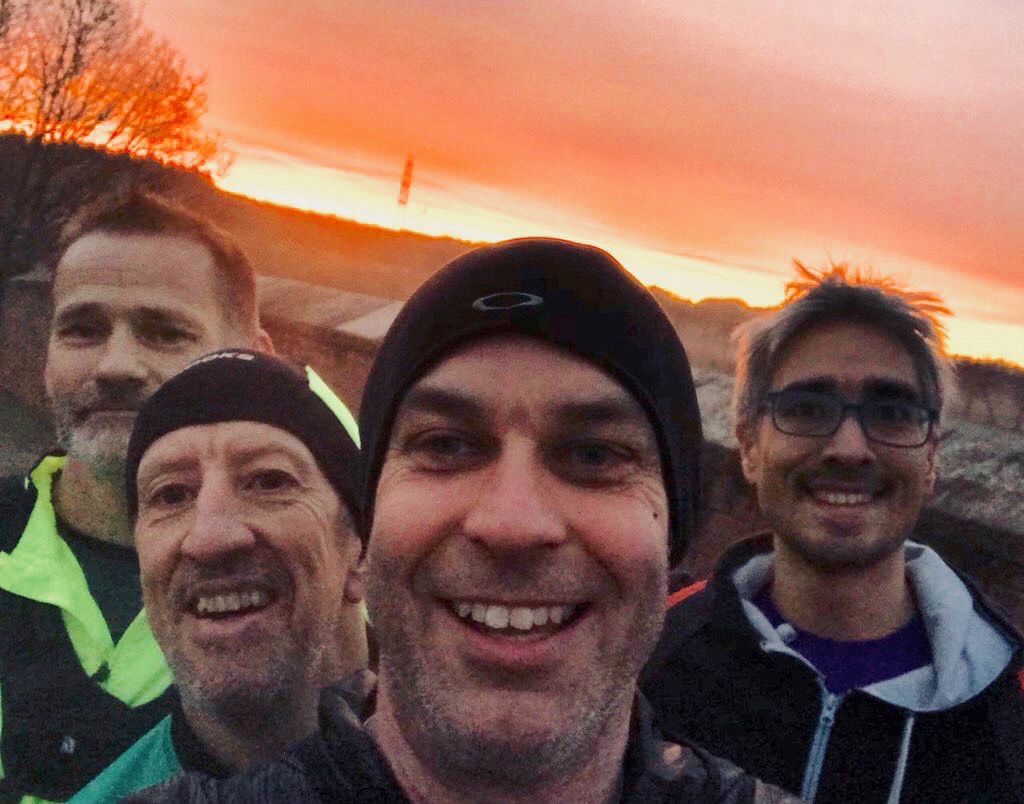 If you want to donate to the mad fifty mile runner’s Alzheimer’s Research Uk fund, or read more about Rob’s story, check out the link here. Rob’s wife, Kim, and I will be driving around the route on the day handing out food, drinks, fresh socks and medical supplies at ten mile intervals and generally offering support to the runners and the cyclists following them. There will be a full report of what happens so watch this space to find out how they got on. 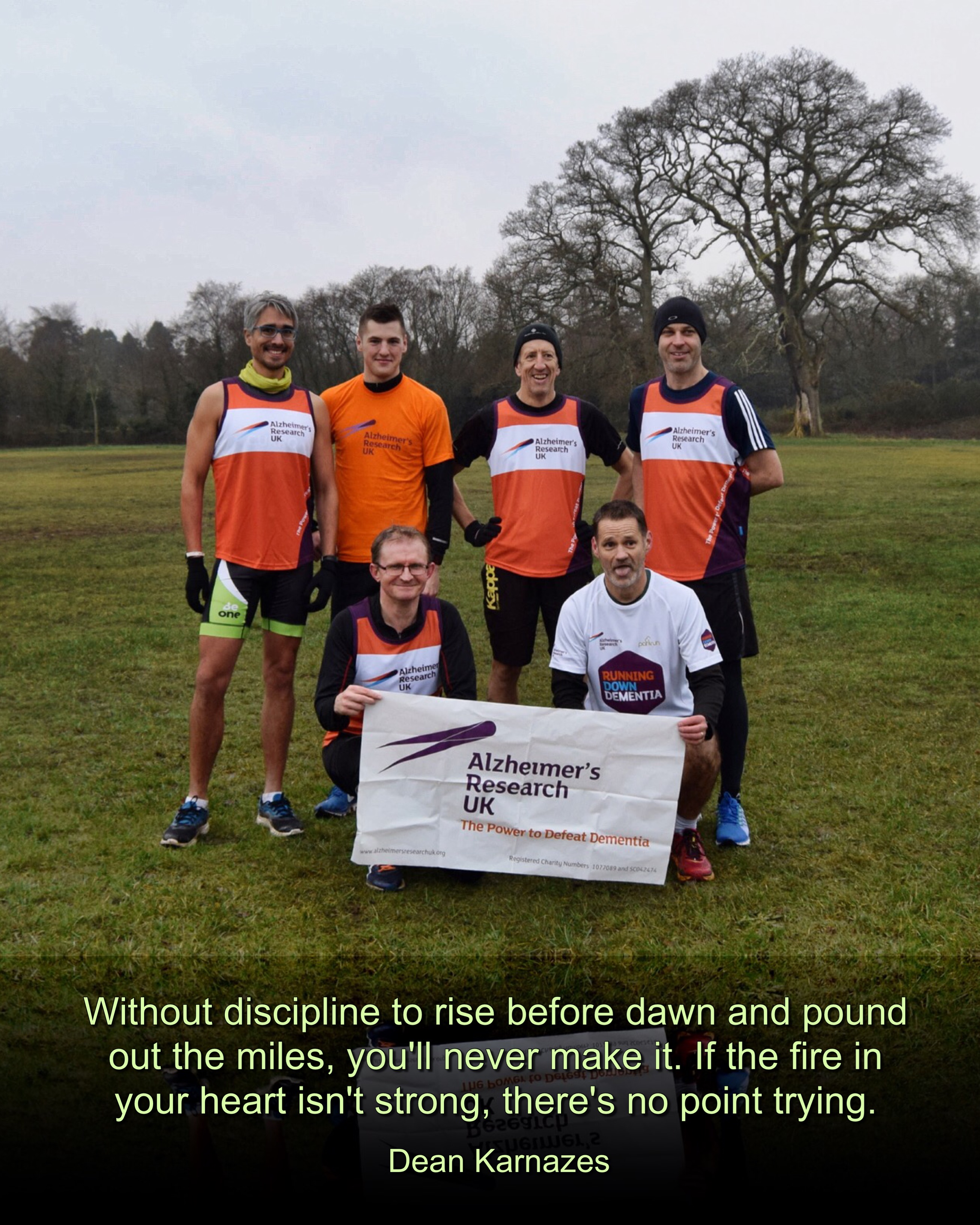