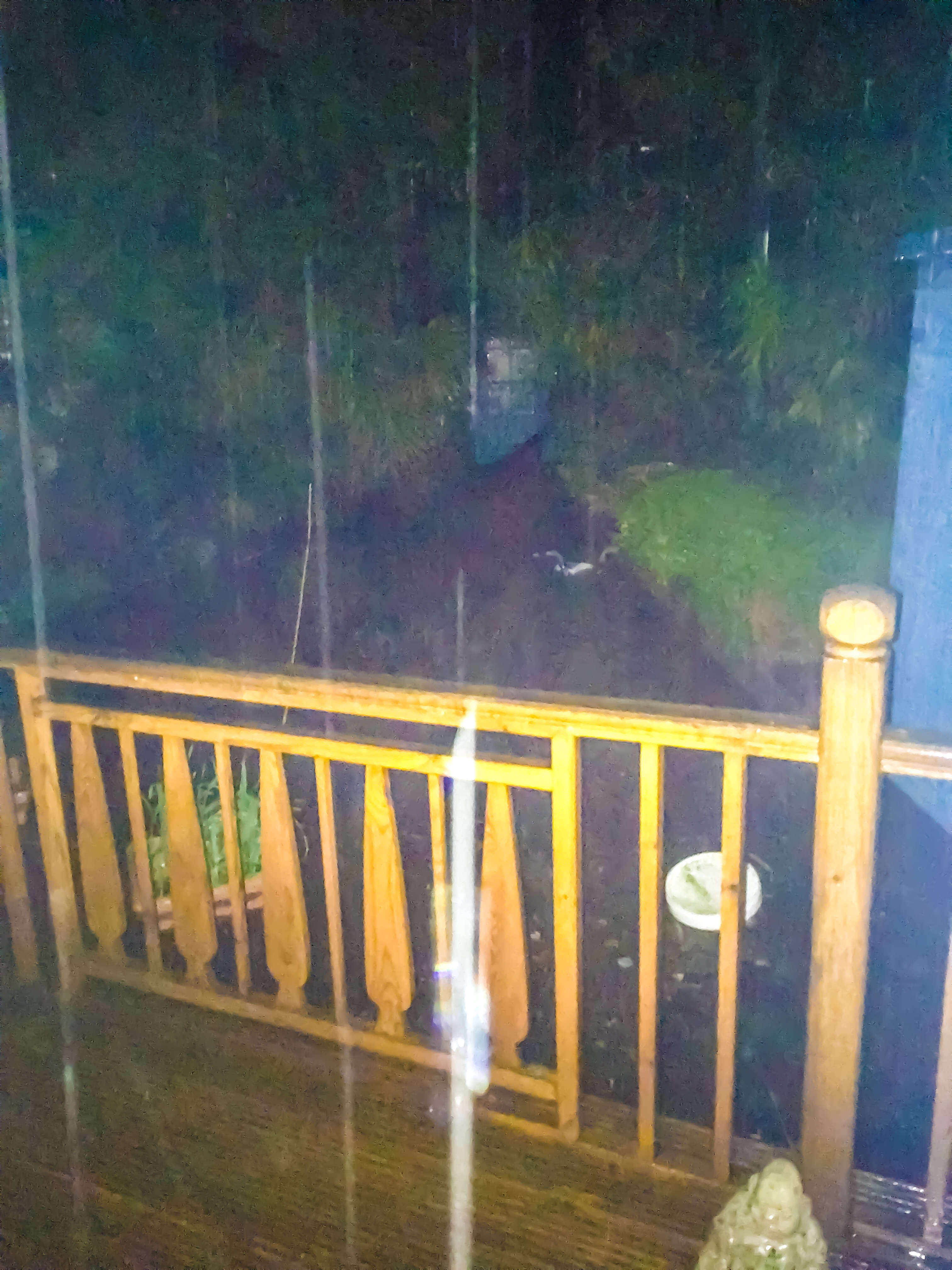 The peculiar heatwave that began on the night of the RR10 and baked us in thirty degree heat on our walk to Hamble continued for the next couple of days. It had all my running friends a little worried. The Southampton and London marathons were coming up. Everyone had trained in nothing but cold wetness. This morning weather warnings were posted. Marathon day was going to be hot, possibly hotter that the record breaking marathon day in 1996 when temperatures hit 22.7C. Heat is never a good thing when you’re running a marathon. Thunderstorms and heavy showers were forecast for this afternoon too but nothing could have prepared us for what actually happened.

Today was hot, just like the previous two days. Commando spent the day resting and hydrating in preparation for pacing the half marathon tomorrow. He went to bed early, just as the first flashes of lightning began. As I’m quite fond of storm watching, I stayed up. CJ and I sat on the floor in front of the gym windows to watch, what turned out to be, a spectacular storm. In fact it was like nothing either of us had ever seen before. 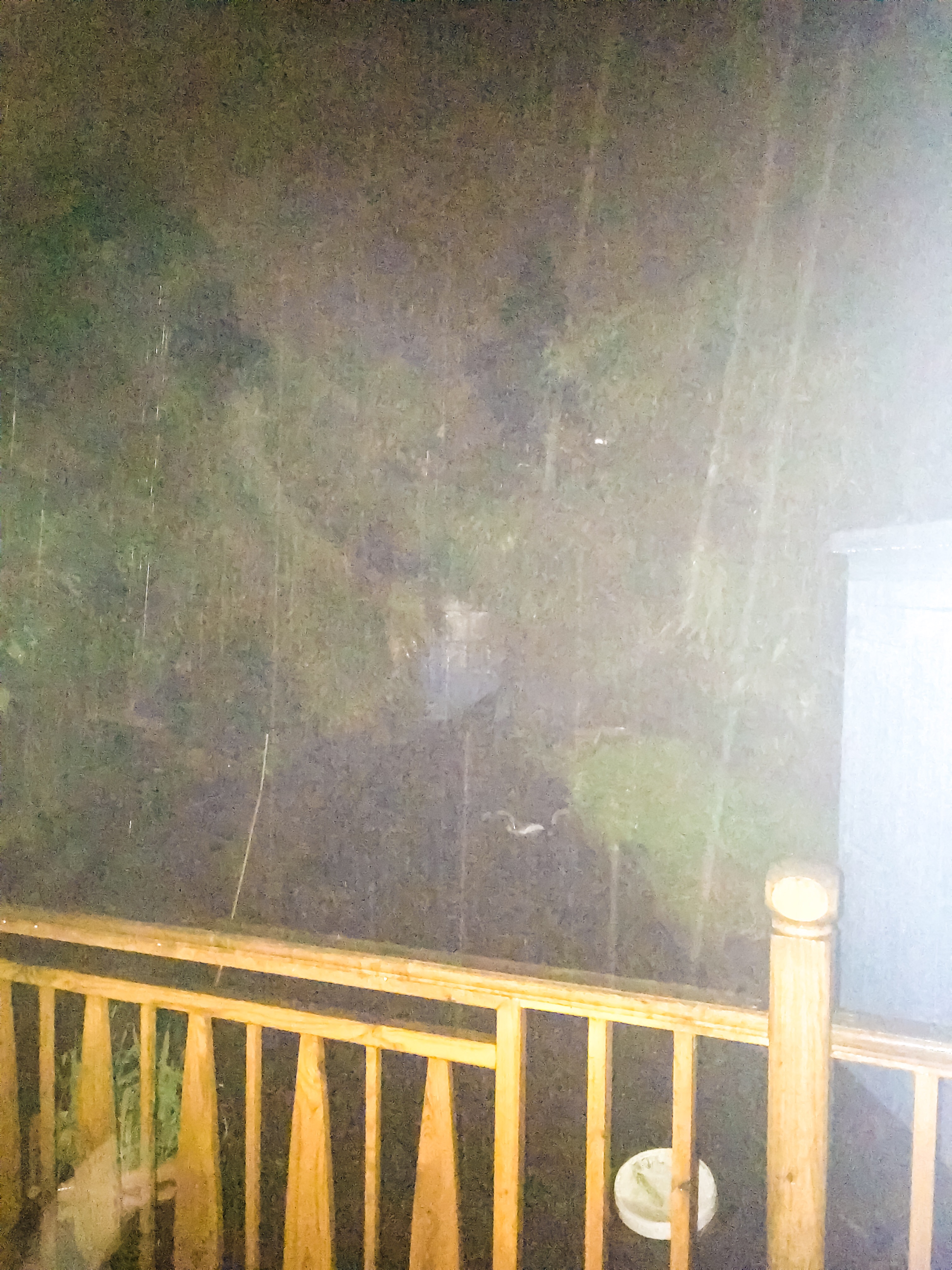 The sky was lit by flash after flash of lightning with barely a gap between. Thunder crashed so loudly I was sure Commando wouldn’t be able to sleep. CJ tried to take photos of the brilliant bolts flashing across the sky above our garden but I just watched, enjoying the show. The rain was coming down so heavily it was hard to see anything apart from the blue white streaks in the sky.

Thunderstorms don’t usually scare me but there was a point when the electricity in the air was palpable. It reminded me of a night, many years ago when the boys were small. Commando and I had been in bed with the curtains open watching the lightning and counting the seconds between bang and flash. The gaps were so short we knew the storm was right overhead. When flash and bang came at exactly the same time and all the hairs in my arms were raised by the static in the air I finally got scared. That night lightning hit a house in Merryoak, at the top of the hill. Tonight it felt as if it could have easily hit us. 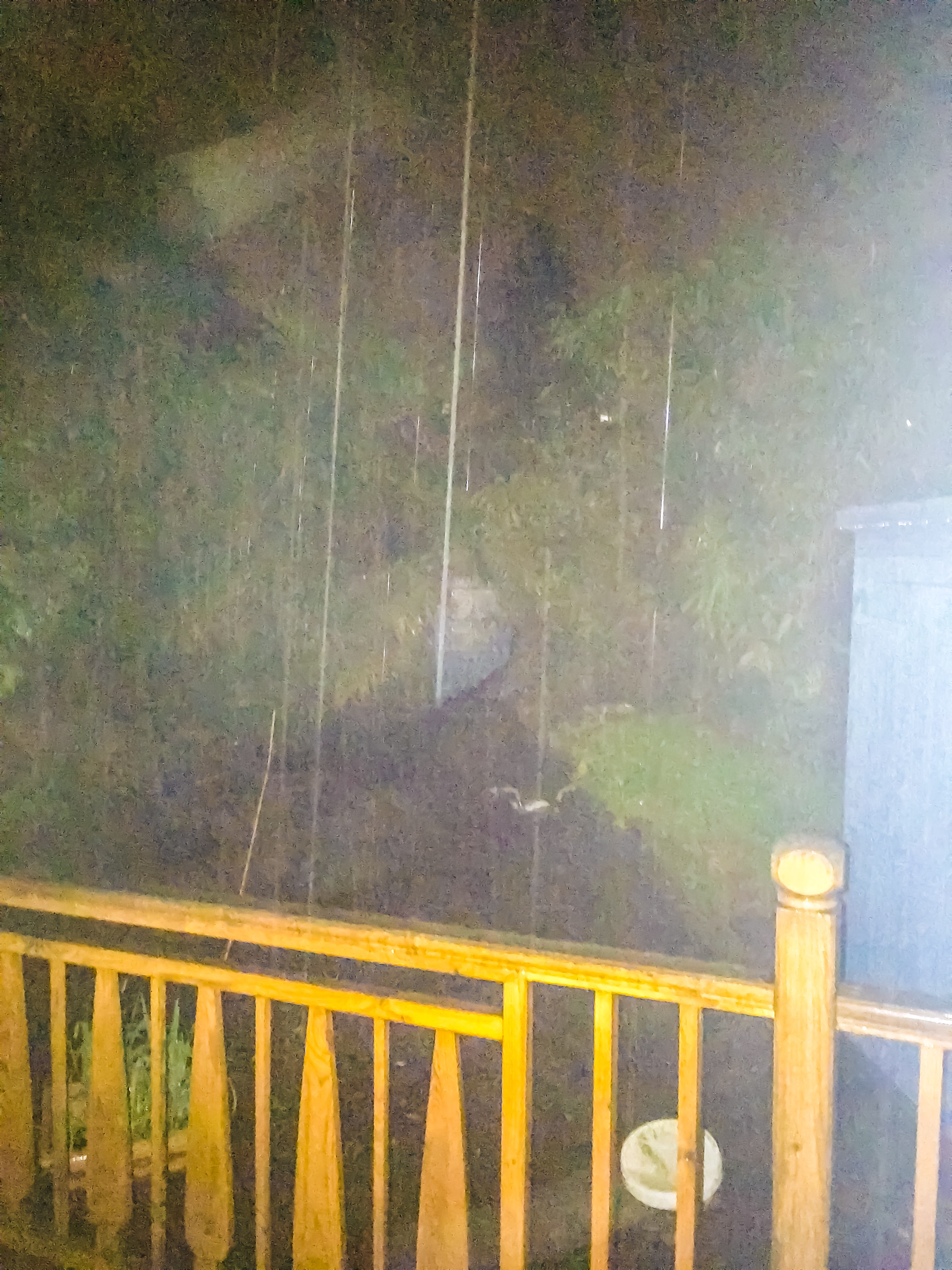 We were so busy watching the sky we hadn’t really thought about the impact of the rain. Torrential doesn’t even begin to cover it. Water fell in sheets, as if someone high above us had turned on a tap full blast. It was like standing under Niagra Falls  with the roar of the falling water almost drowning out the sound of the thunder.

“There are things floating in our garden,” CJ said, right when I was thinking about going to bed because the rain was so hard I could barely see the lightning any more.
I put my face up against the window and tried to see but it was hopeless. The rain was too hard and the garden too dark. How he’d noticed is a mystery. For the first time that evening I got my phone out, pressed it up against the glass and took a few shots, thinking the camera might capture something my eyes couldn’t. The pictures were far from clear and, even enhanced later with all the power of Photoshop, they aren’t great but I was shocked by the details I could pick out.

Some of the things floating in the garden were my huge square herb tubs. They are eighteen inches across and filled with earth and plants. I can barely lift them but they were sailing across the garden like galleons. Our back garden was flooded, and not just by an inch or two of water. The photos showed me the flood had almost reached the top of the garden wall and was almost certainly inside the shed.

This was when I rushed to the front door, afraid the water would start coming into the house. What I’d have done if it had is a mystery. Like King Canute, I wouldn’t have been able to hold back the tide. Our house is in a dip between two hills and it sits below the level of the road. Our front path slopes steeply down to the front doorstep. The back garden is lower still with three steps down from the decking to the grass. In the past I’ve known water to form a deep puddle at the bottom of the front path, once or twice almost to the top of the doorstep, but never to rise in the back garden. Luckily there was no water in the front garden, other than the normal wetness of rain falling. This seemed very strange. How could there be three feet of water in the back garden and none in the front? 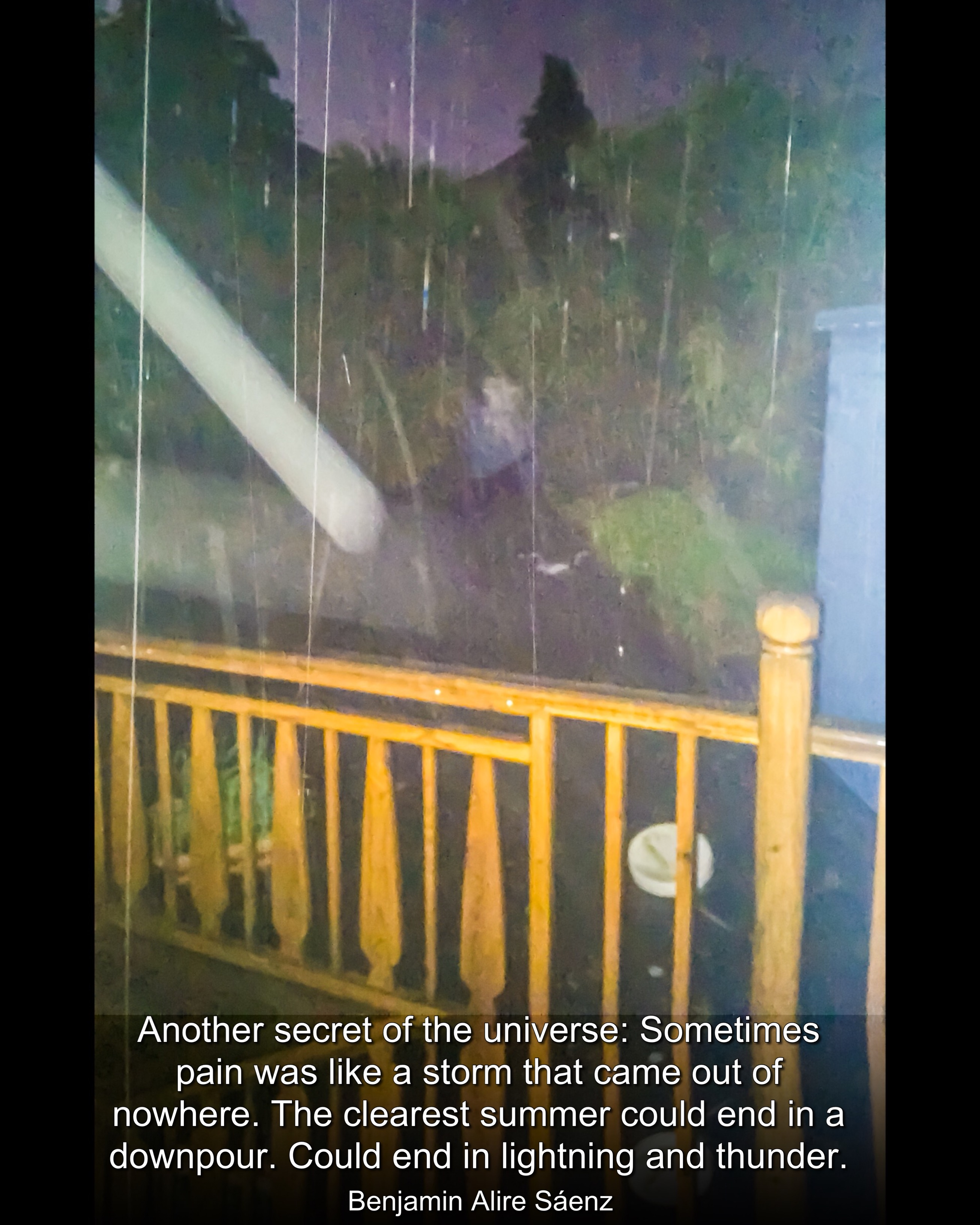 With the rain still pouring down and the water possibly rising, I was afraid to go to bed in case it did start getting into the house so I went back to the French window. Now I was peering at the garden rather than the sky, trying to make out if the water was getting any deeper. A few moments later Commando came downstairs.

“The Mini across the road is above its wheel arches in water,” he said, all beary eyes and sticking up hair.
“The back garden is flooded too,” I told him. “The plant tubs are floating around but I’ve checked the front garden and there’s no water there.”
”Well, there isn’t much we can do about it now,” he said. “I’m going back to bed. We have an early start tomorrow.”

Probably I should have joined him. Although I wasn’t running I was the official photographer for the pacers and it was going to be a long day. Instead I sat into the early hours half looking out into the wet darkness amazed at the awesome power of Mother Nature and half writing about it here. I felt a little like piglet in the Winnie the Pooh story where he is entirely surrounded by water and has to put a message in a bottle to summon help.

4 thoughts on “In which we are entirely surrounded by water”