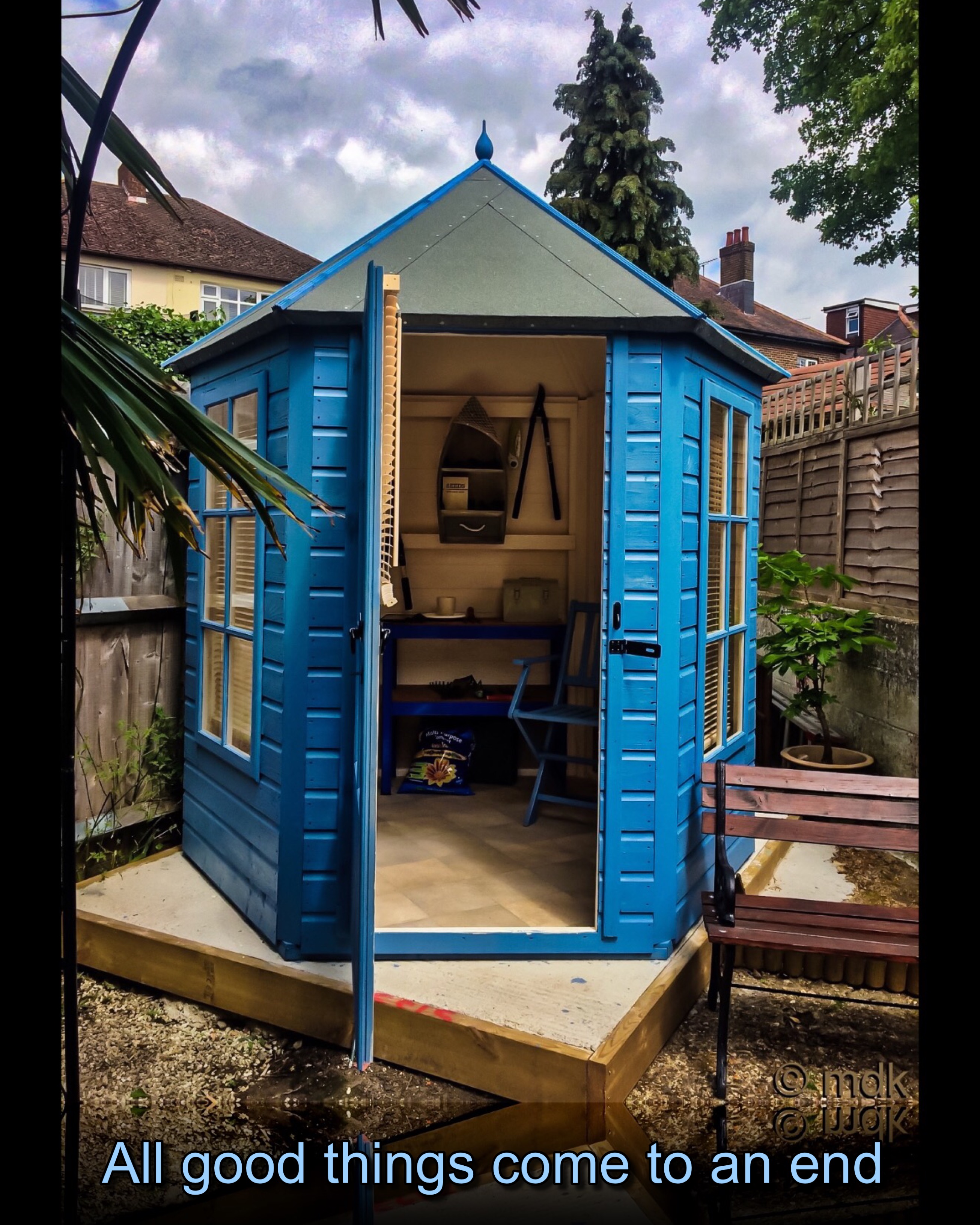 Back in 2016, when Commando, CJ and I worked so hard to build my summerhouse, we could never have dreamed it would end this way. Nothing lasts forever but, as we painted and hefted and built, we believed the pretty little house would grace our garden for many years to come. It was the perfect place to sit in the shade on a sunny afternoon, a place to plant seeds, relax and sometimes even write. When we got back from the marathon and inspected the damage inflicted by the storm and the flood though, it was clear there’d be no more relaxing, planting or writing. 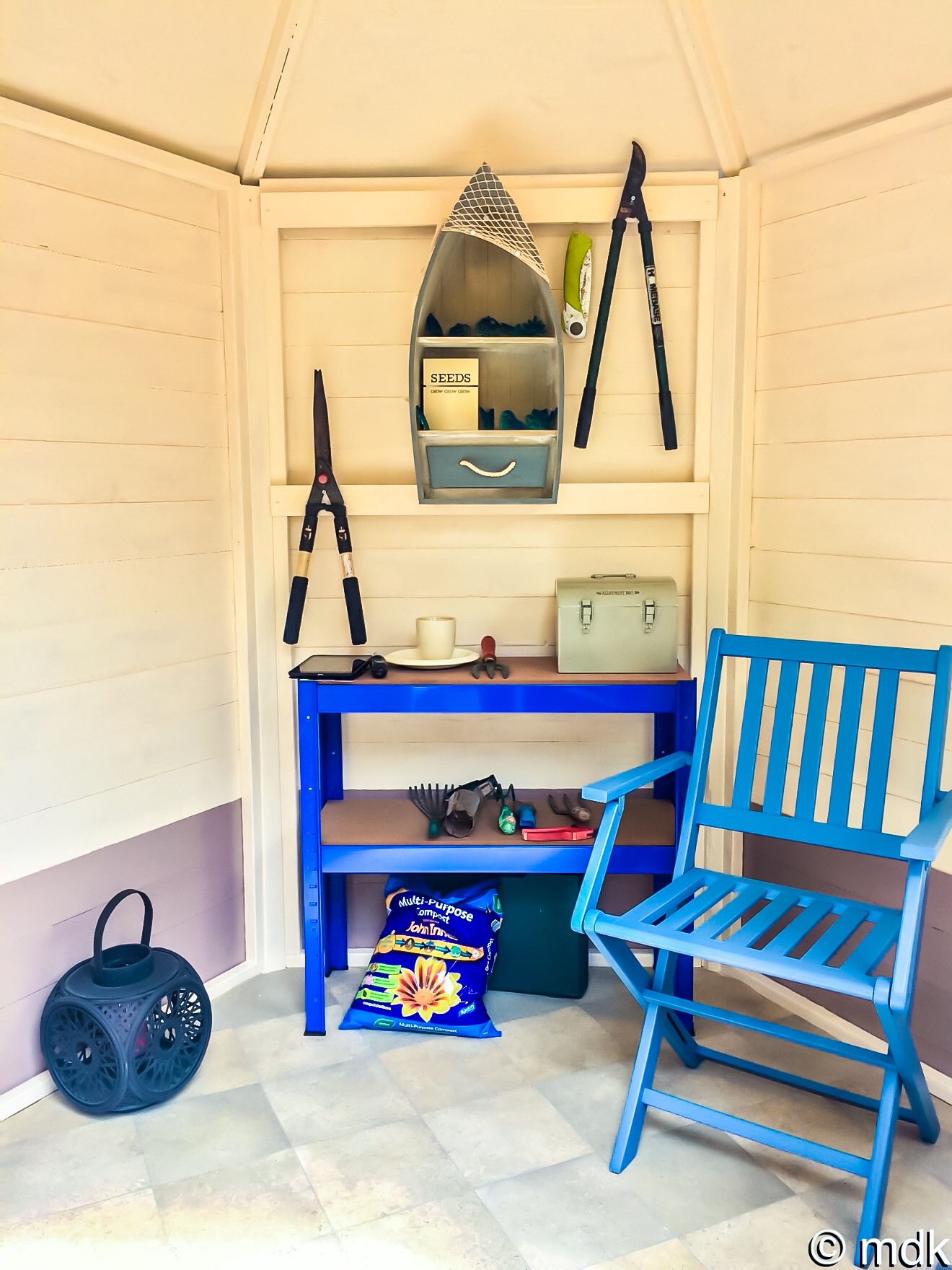 Commando went to look first.
“I think the summerhouse is a write off,” he said glumly when he came back.
Ever the optimist, I didn’t believe him. How much damage could a little bit of water do? Then, slightly reluctantly, I went to look for myself. At first glance the big hole in the side of the summerhouse where the wall smashed into it looked fixable. 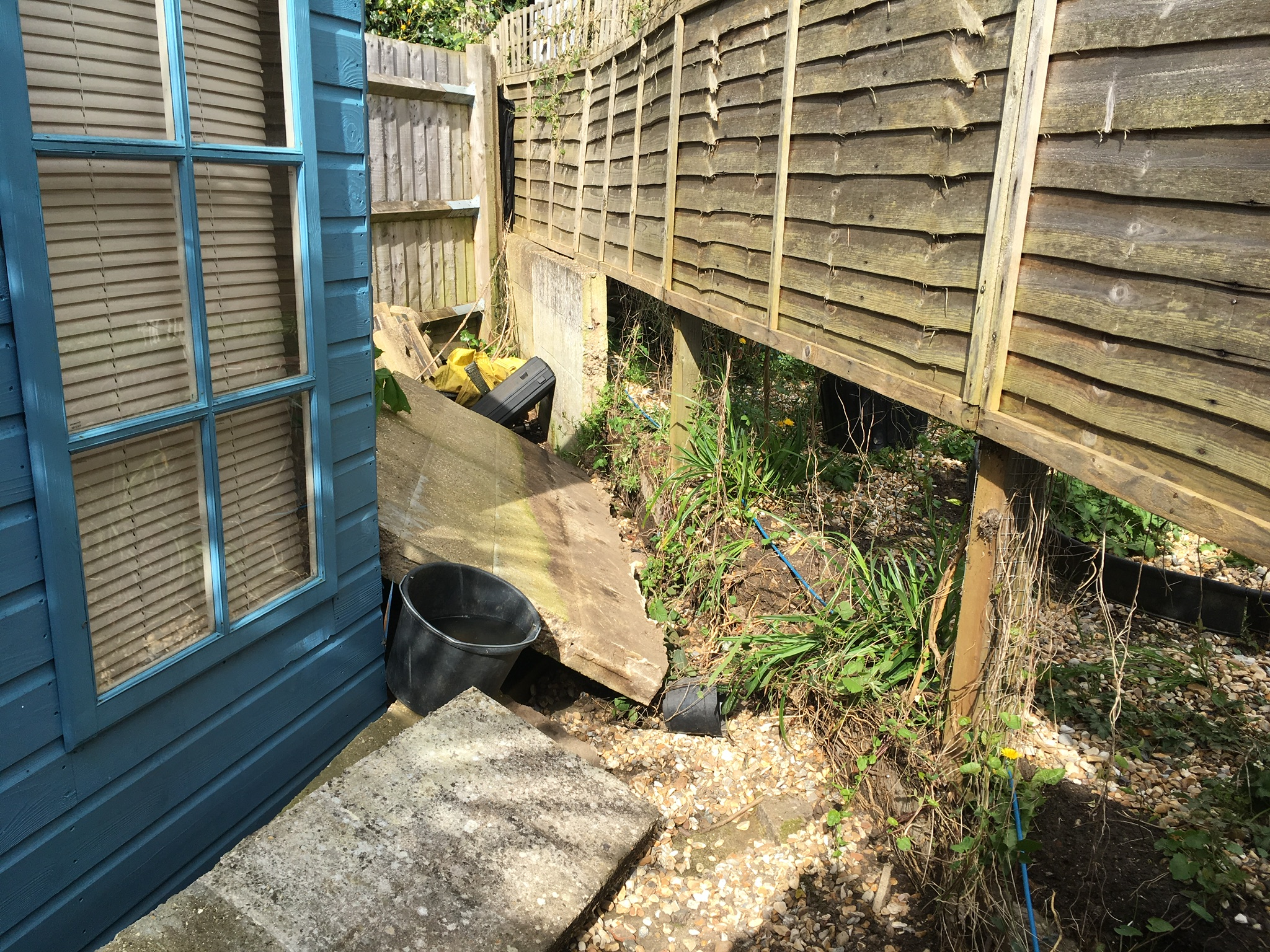 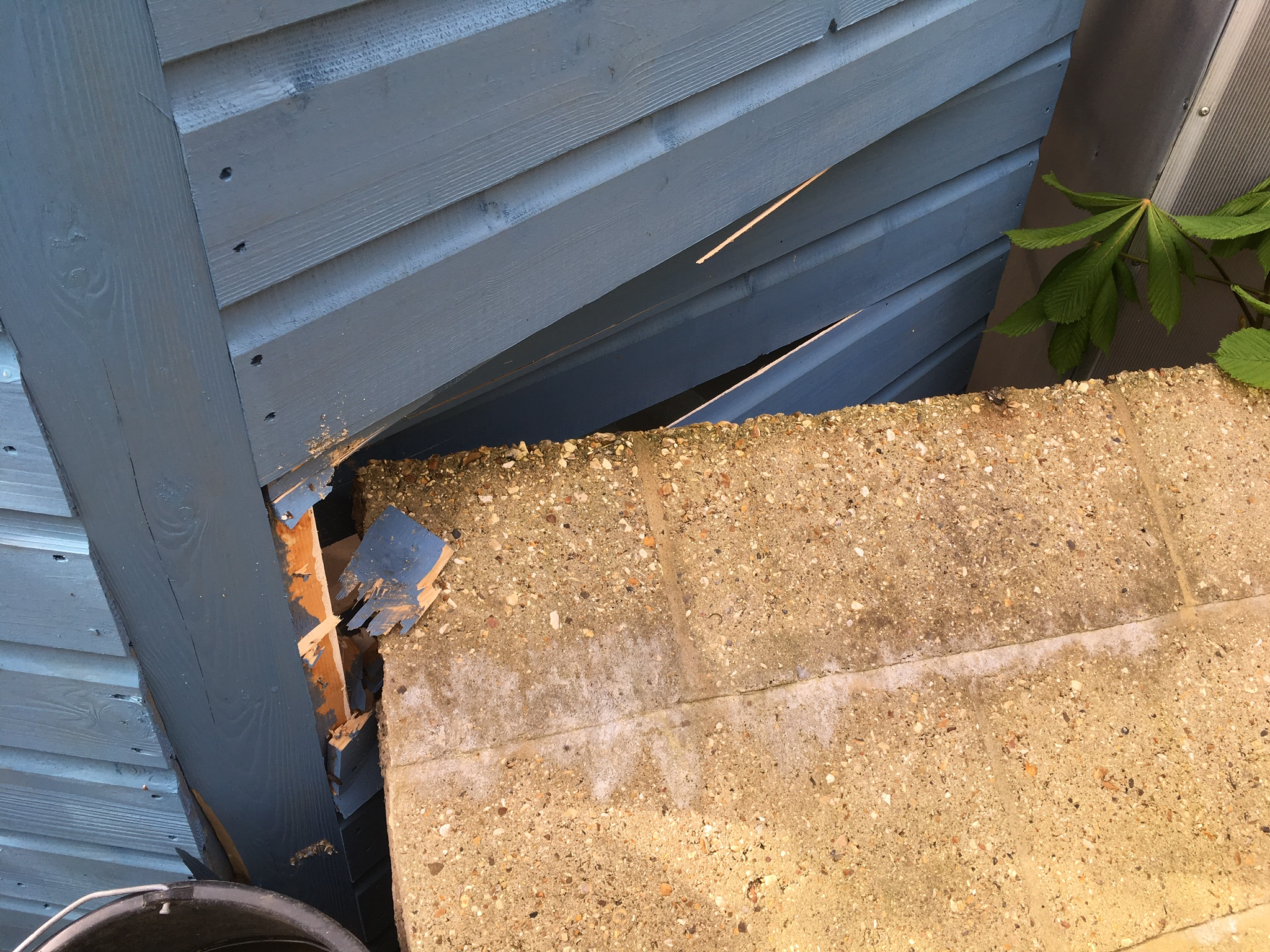 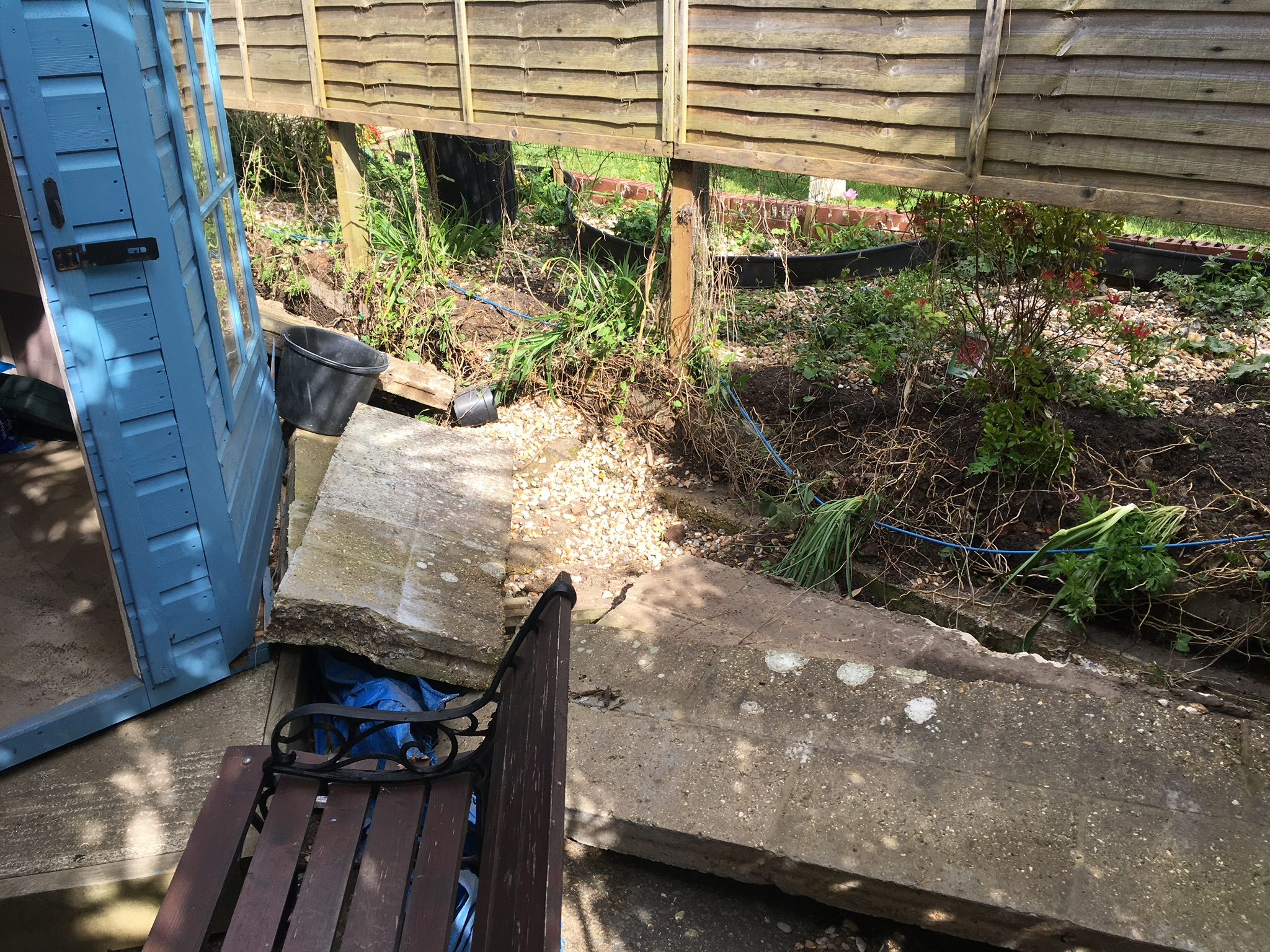 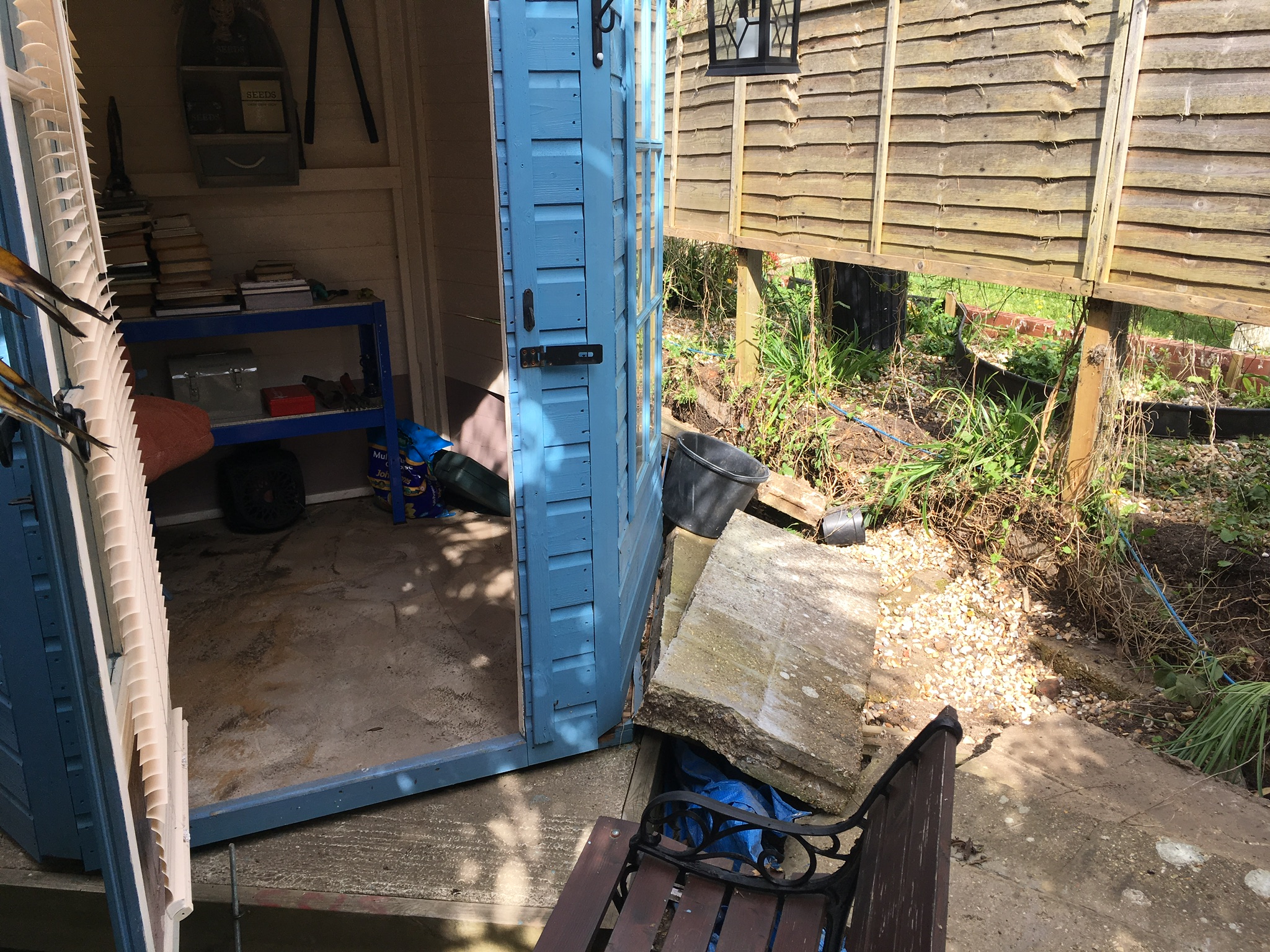 Then I went inside. The little wooden house looked largely intact but it had been completely knocked off its base, all the walls were coming apart at the seams and the structural supports were damaged. Parts might be salvageable but it was clear we were going to have to tear it down and rebuild. 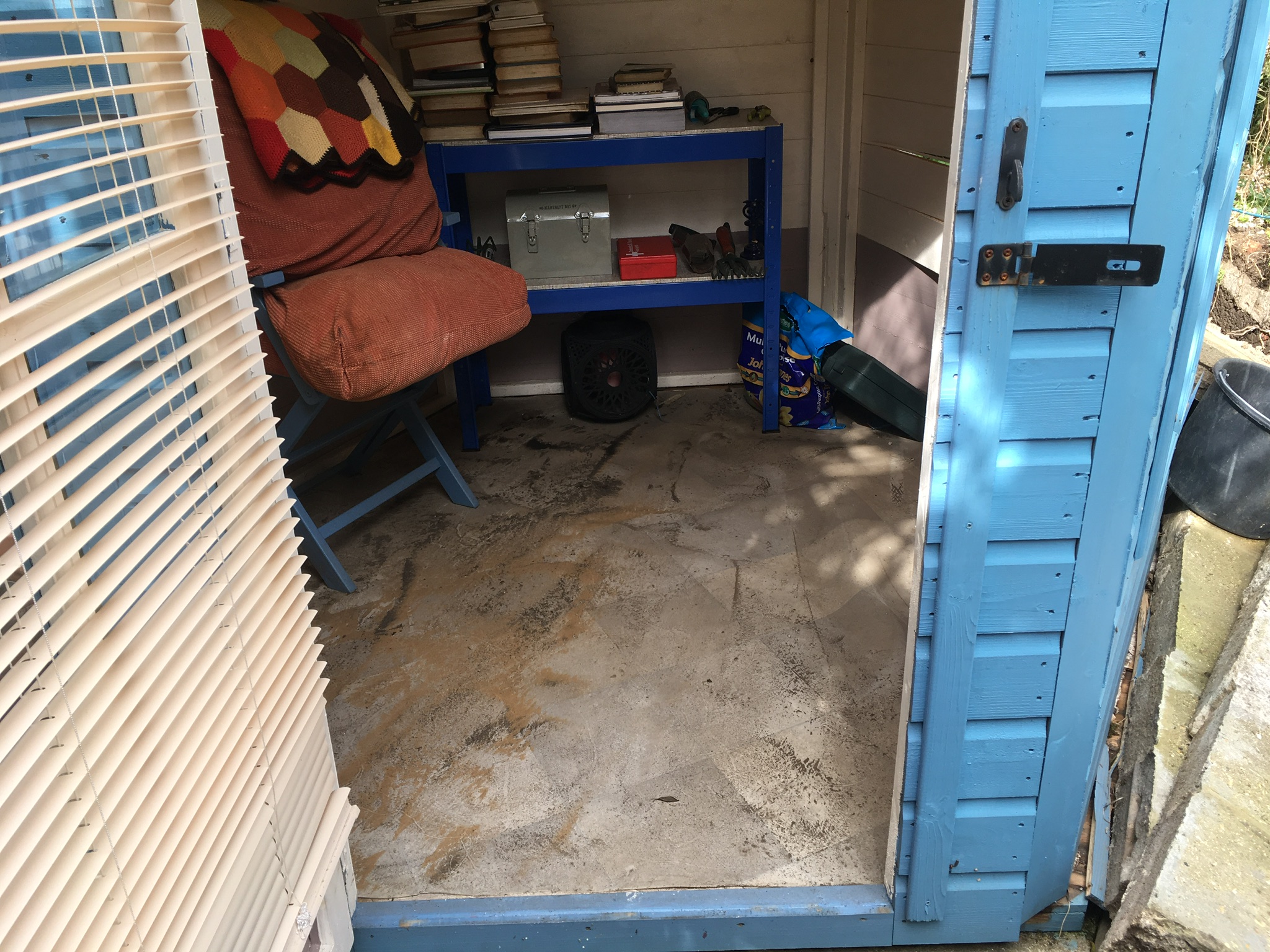 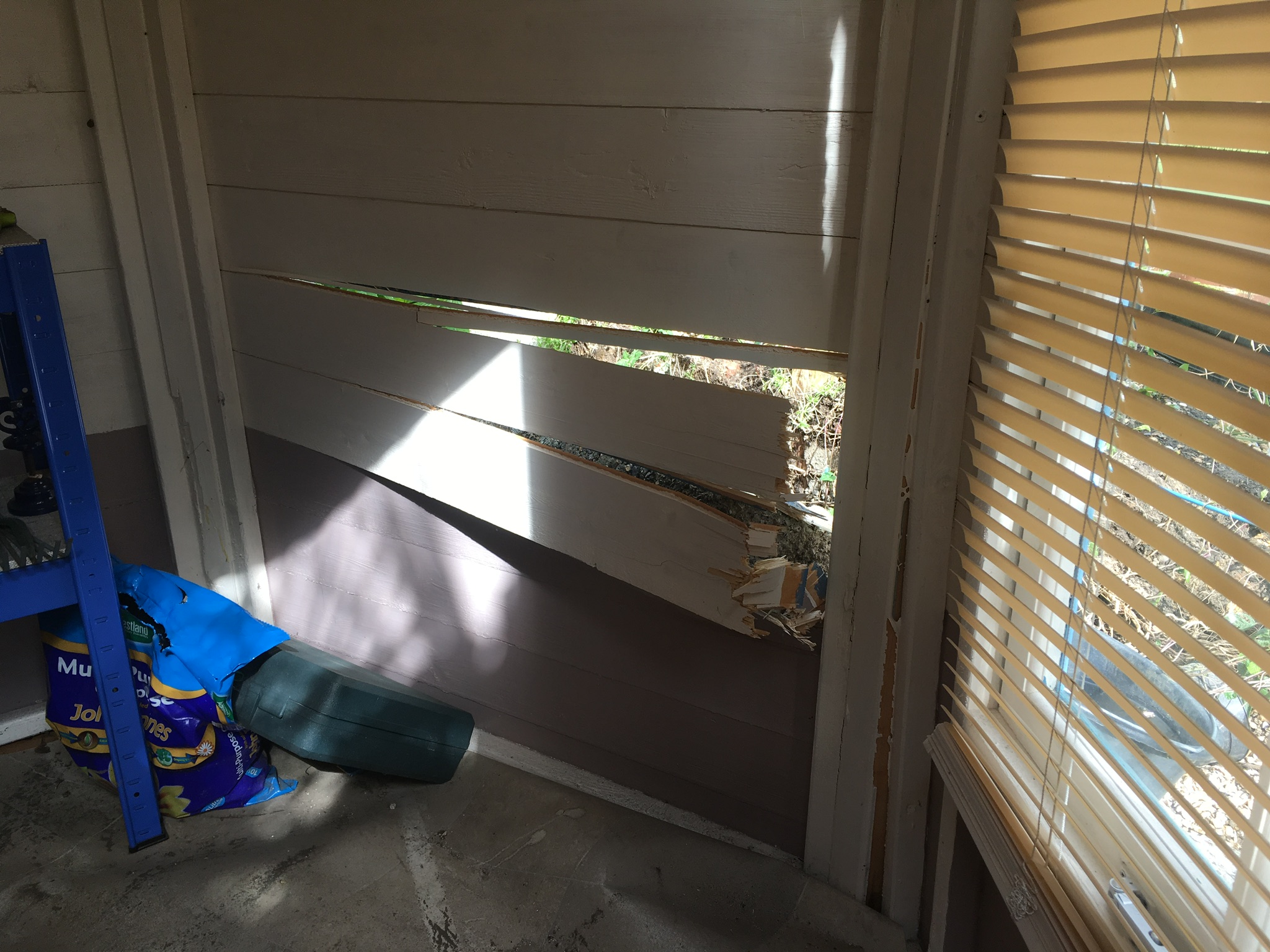 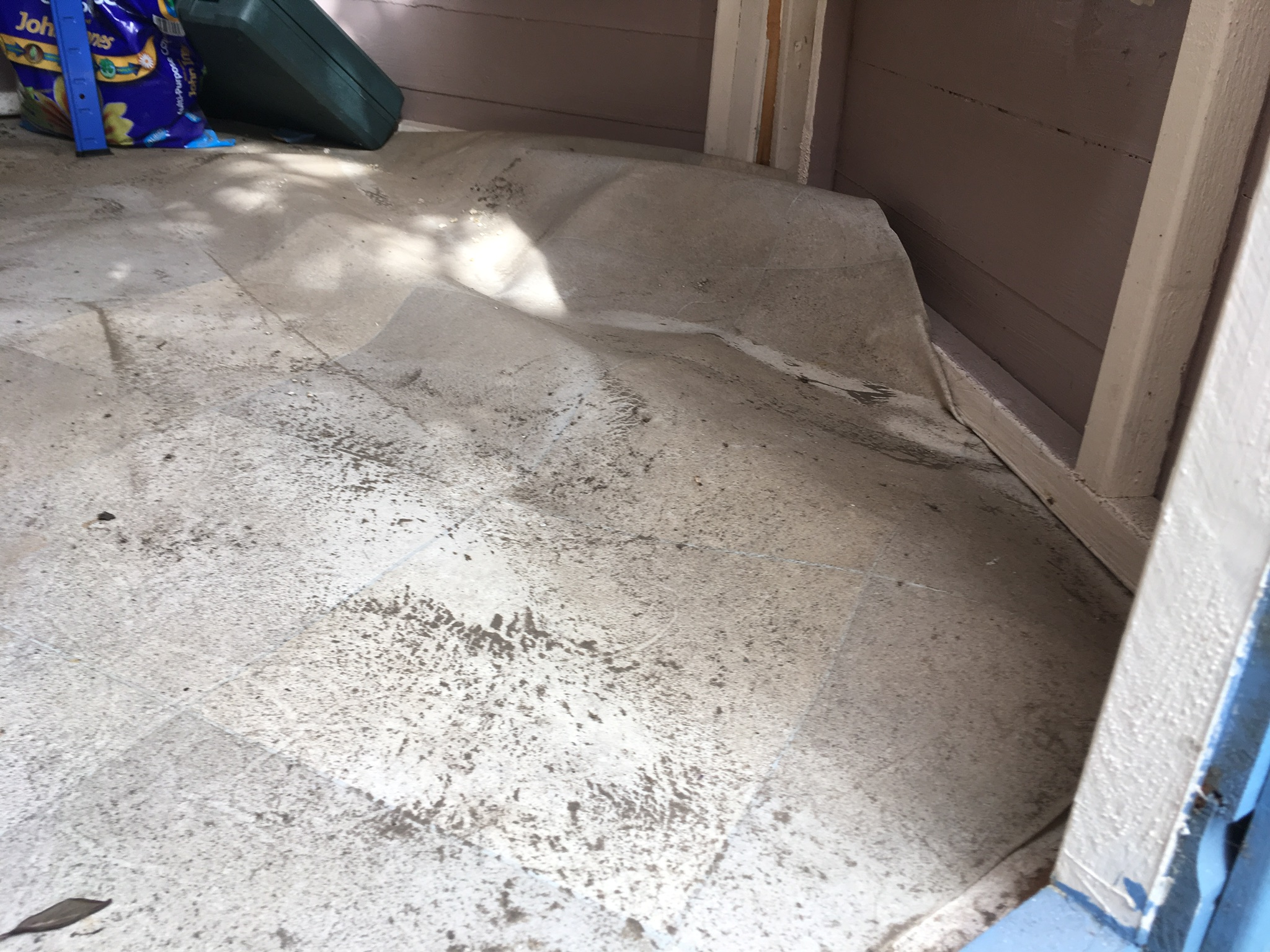 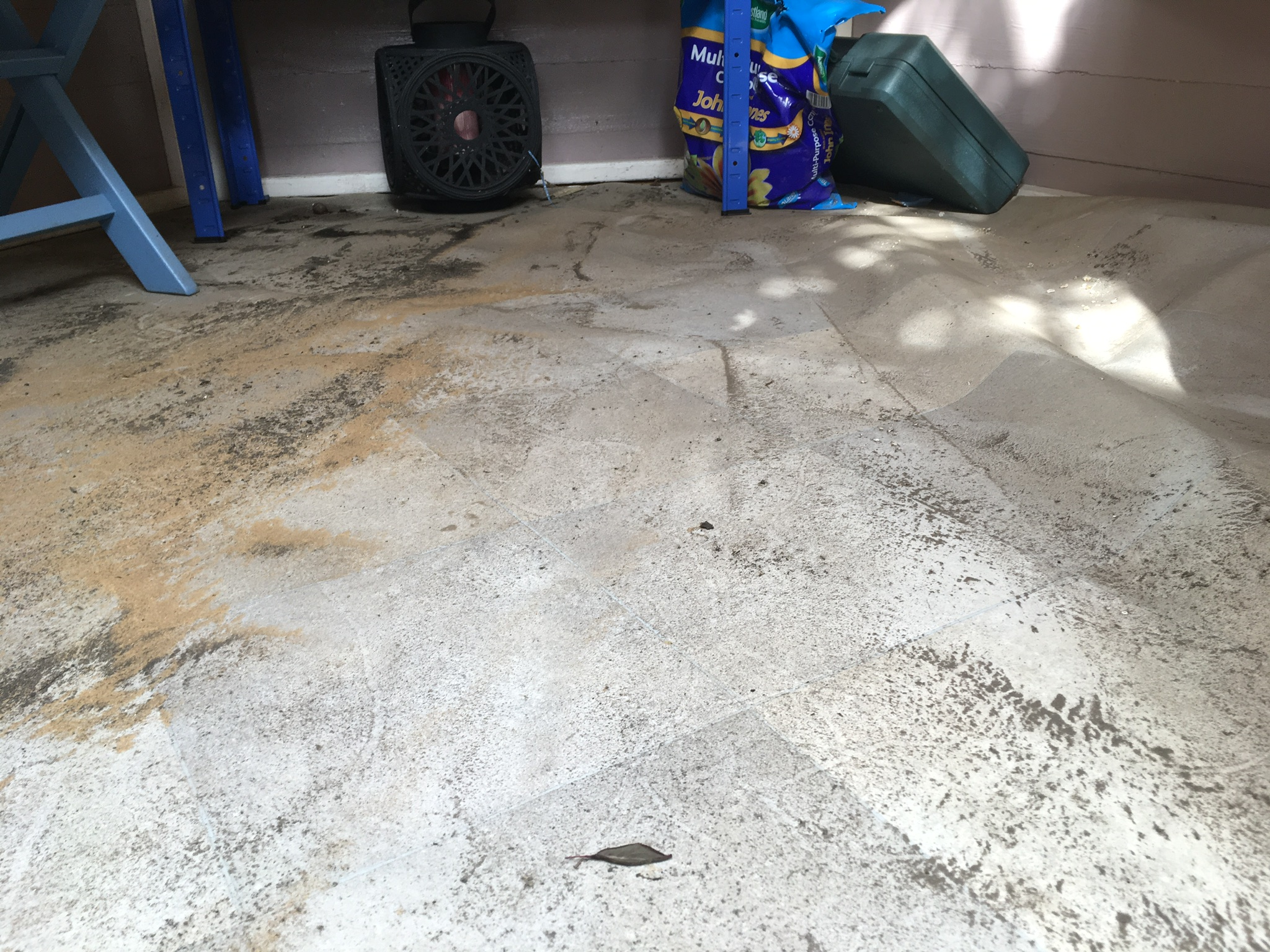 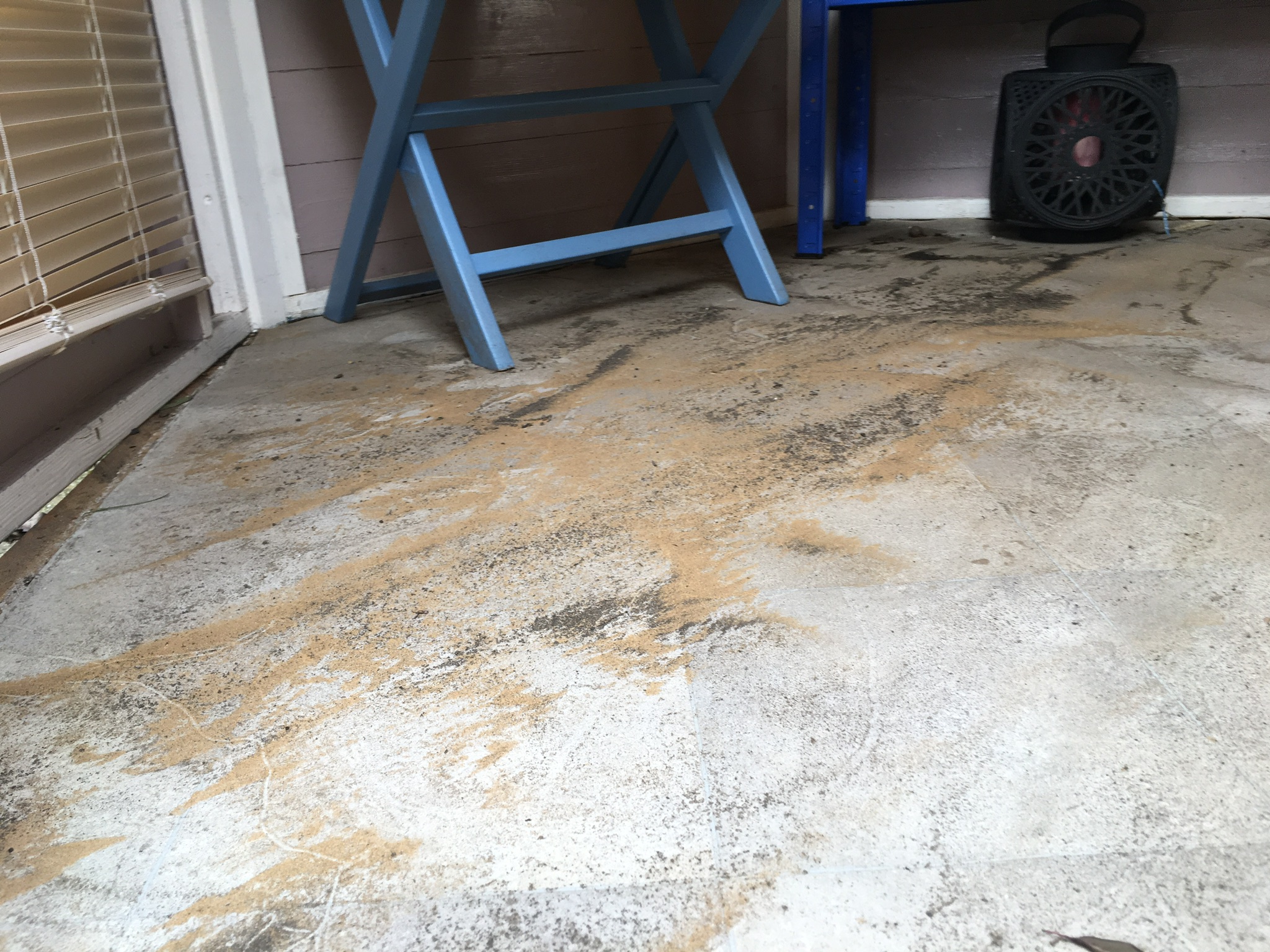 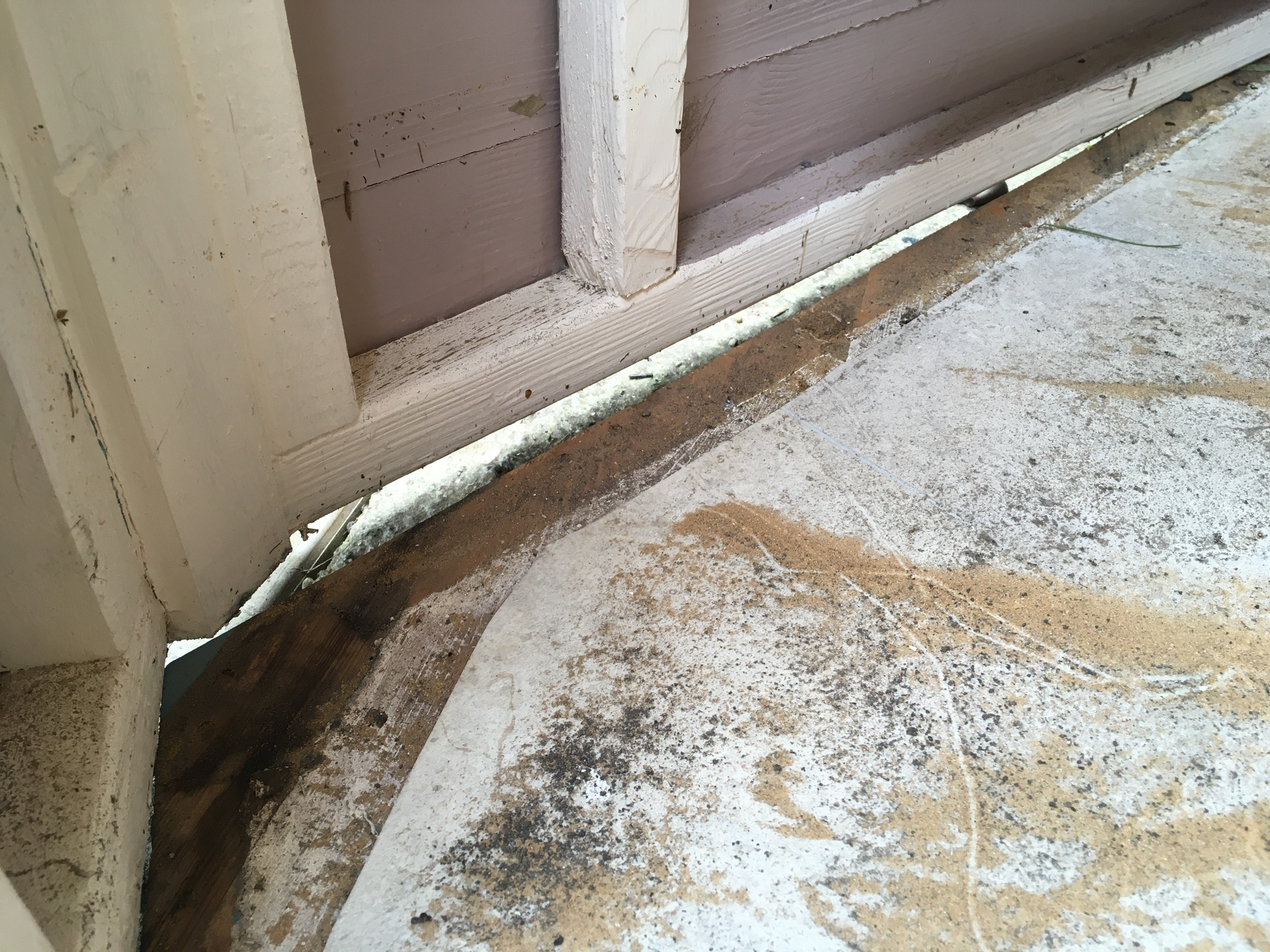 The only saving grace was that most of my gardening tools had been above water level. The same could not be said for the big plastic bin where the big garden tools are stored. When the wall came down it crushed the container completely and all the things inside were covered in a layer of mud and water. This included lots of electrical things like the hedge trimmer, the strimmer and several of Commando’s big power tools. As electrics and water don’t make a good mix it was fair to say they were now unusable. 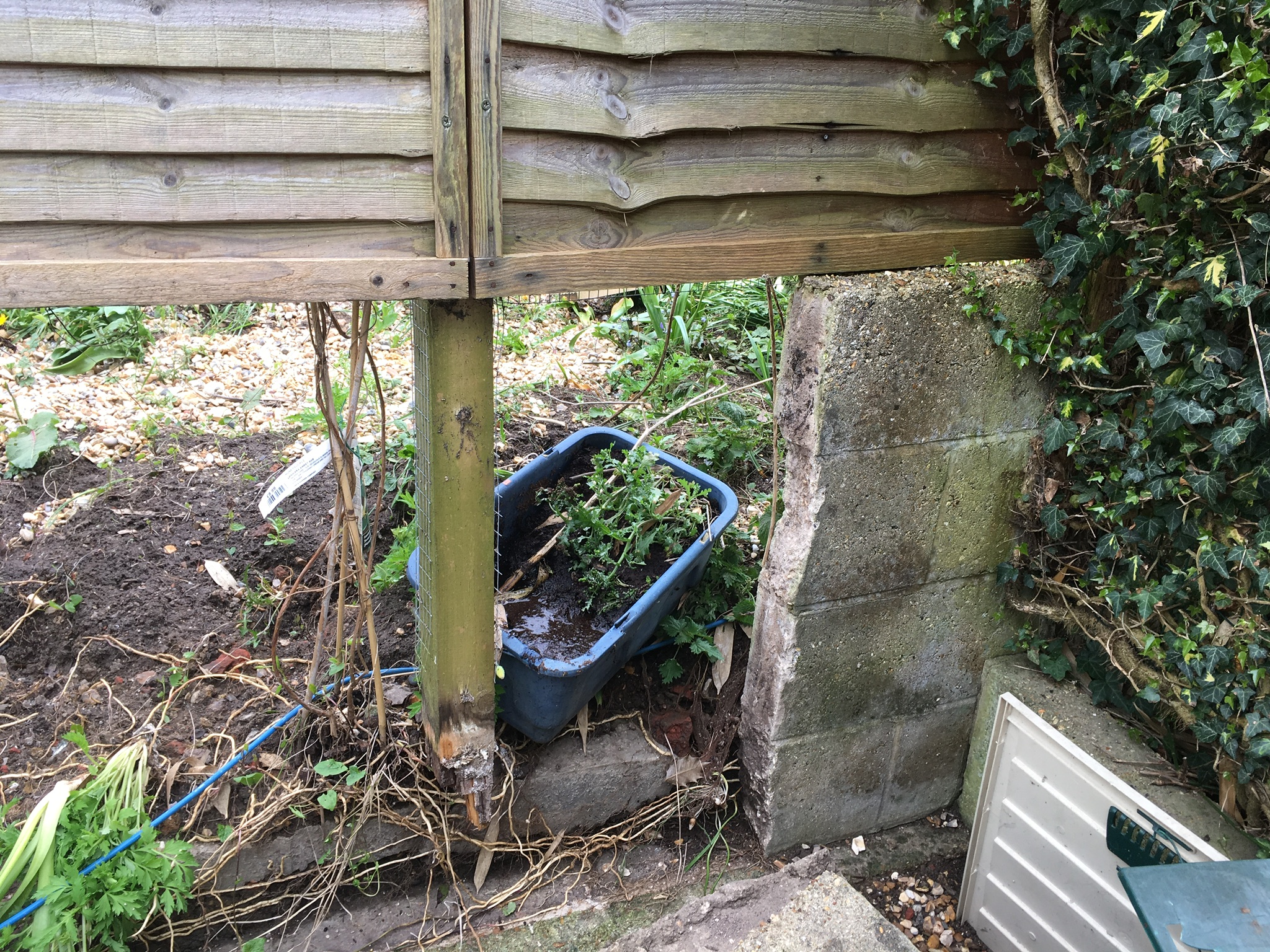 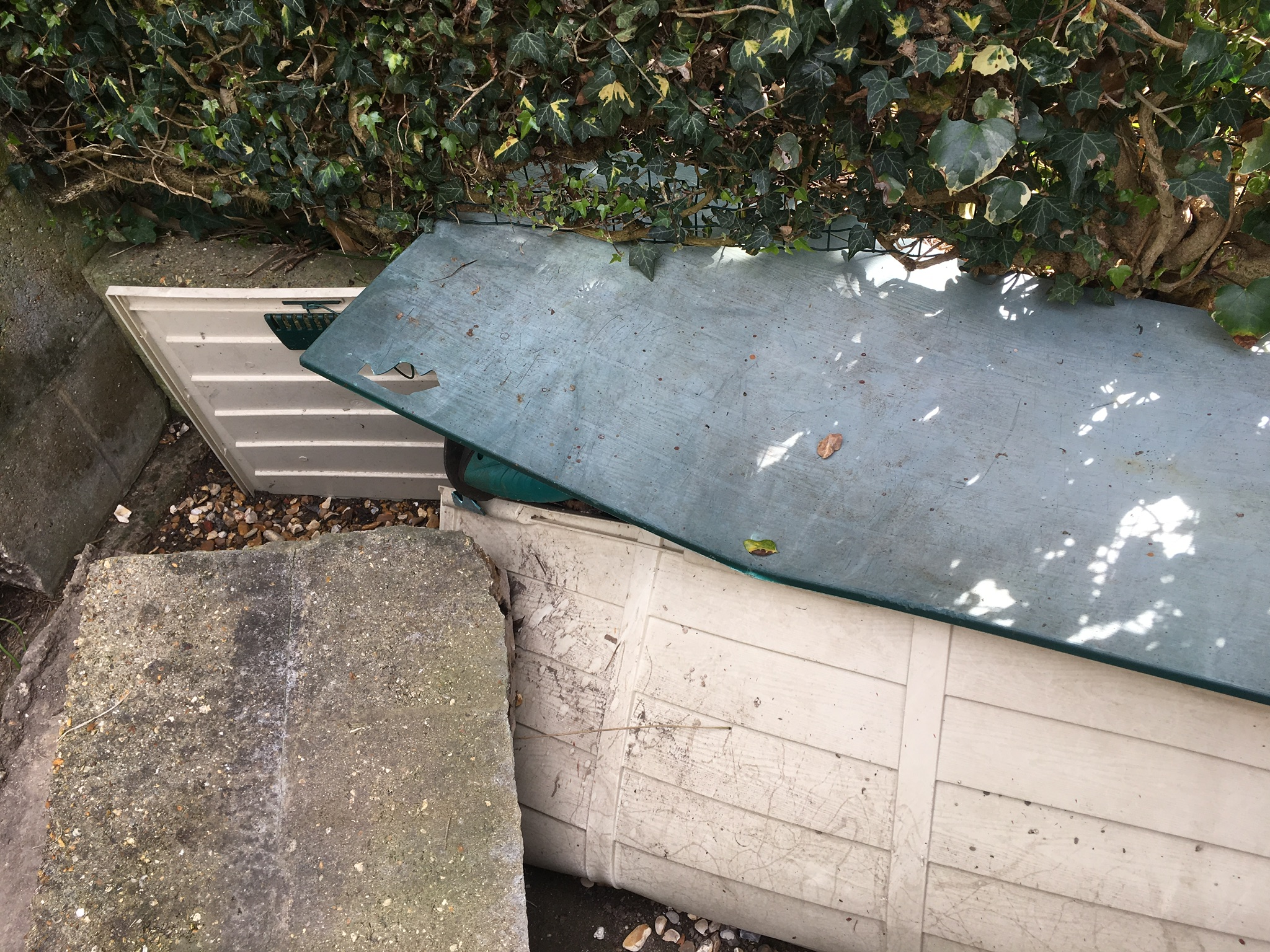 Looking at the devastation we pieced together what had happened. The rain was like nothing any of us had seen before and the storm drains couldn’t cope with the sheer volume of water. Our house sits in a dip between two hills. Our back garden is the lowest point but our front garden slopes upwards towards the road. The storm drain is outside our next door neighbour’s house where the road is at its lowest point. When the drains overflowed the water poured into our neighbours garden. It rose and rose. For a time it must have been held back by the sturdy wall my father and grandfather built when I was just a baby but the wall couldn’t cope with the weight of all that water forever. When the wall breached the water must have flooded into our garden like a tsunami, swirling around and lifting the tubs and anything else that was free standing.

The demise of the summerhouse was upsetting, so much so I couldn’t even bring myself to take photos and the pictures you see here were all taken later by CJ.   It could have been so much worse. At its peak the water was about three feet deep, high enough to get inside our neighbours house. Thankfully, our own house is slightly higher and the flood didn’t quite make it to the level of our doors. We have lost a summerhouse and some garden equipment. Our neighbour has probably lost a lot more. We may have to spend the next few weeks making insurance claims and clearing up the mess but no one was injured and things can be replaced. It is a disaster, but, in the the great scheme of things, it’s quite a small one. 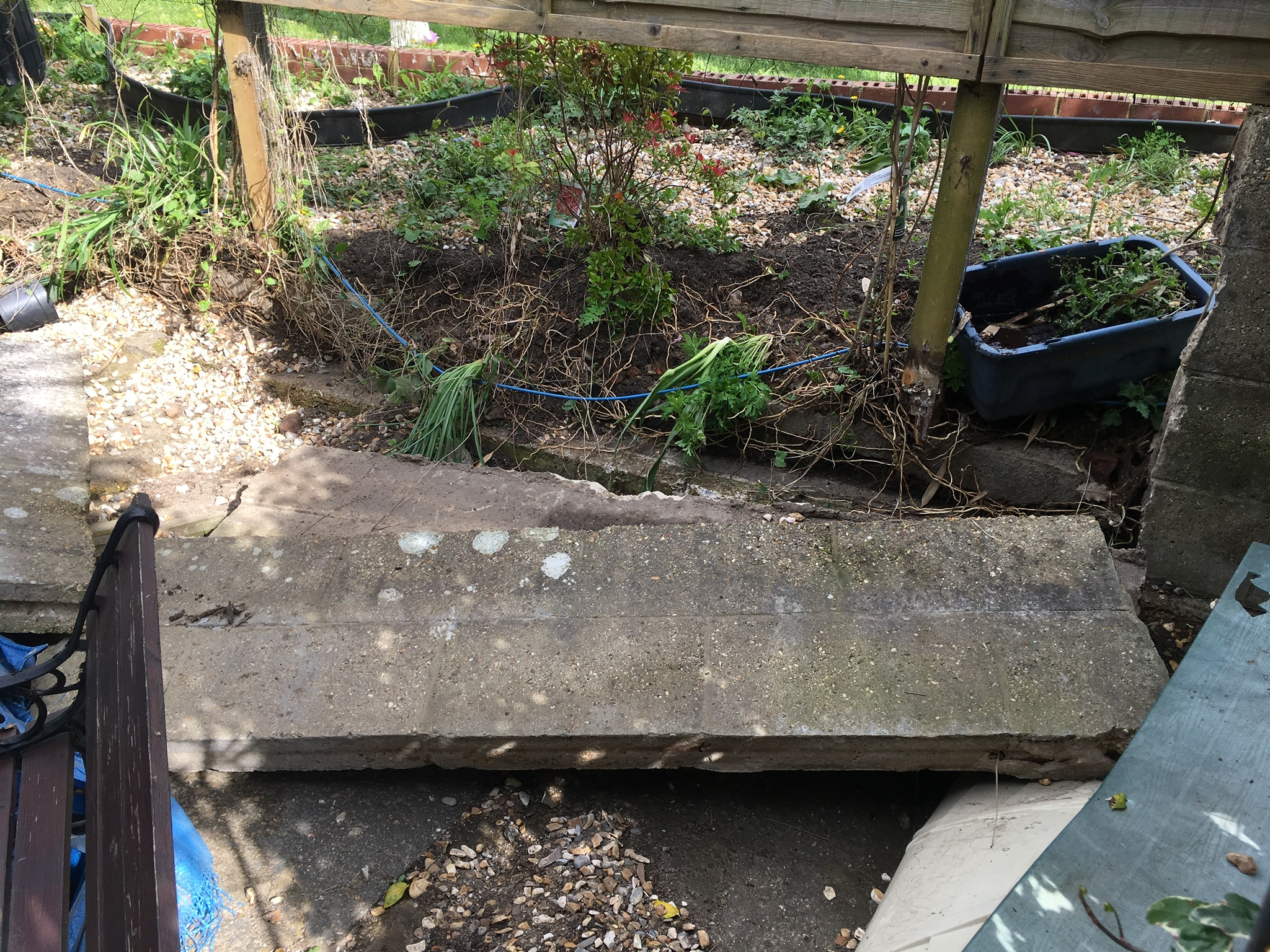