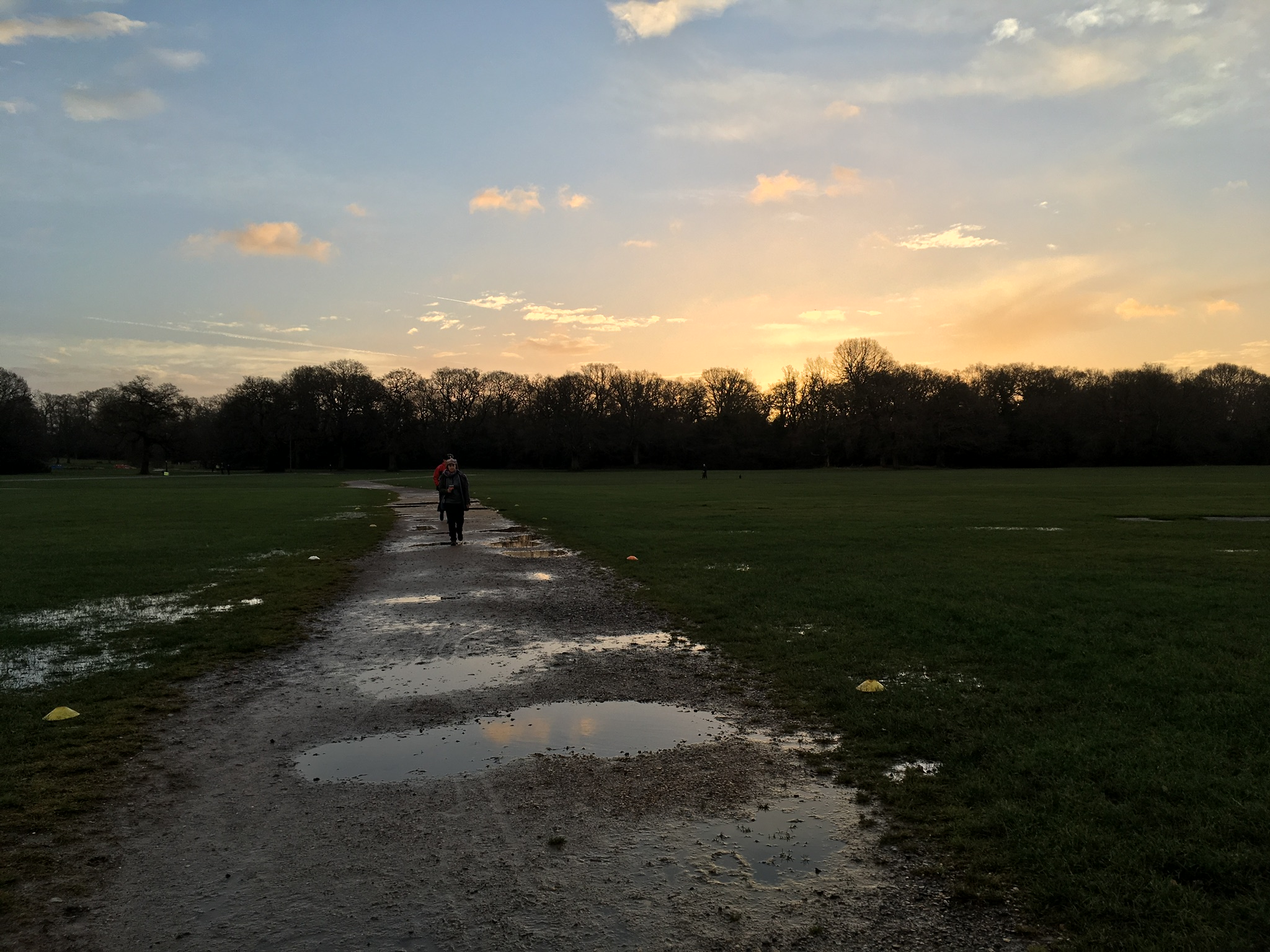 On a Saturday morning I often find myself with time to kill while Commando is running parkrun. Sometimes I hang around chatting to the other spectators, sometimes I go off to get a coffee but, most often, I just wander around the Old Cemetery on Southampton Common. It’s good to leave the hubbub of parkrun behind and find a few peaceful moments wandering amongst the graves. The morning light and the changing of the seasons, along with the inscriptions on the stones, make it an interesting exercise. Sometimes I take a photo or two, sometimes my phone stays in my pocket. Usually there are not enough photos to warrant a blog post but I thought I’d gather a few together and share them with you.

These walks are all fairly random. An interesting grave or a trick of the light can have me turning here and there along any of the avenues of gravestones. Sometimes my walks are cut short by rain, the need to visit the loos in the Hawthorns Cafe or just a lack of time. On the main path the names on some stones feel like old friends I pass them so often. Each has a story, even if I will never know it, and many leave me wondering about the person buried in the cold ground.

One such is the grave of Zillah and William Gear, or maybe Cear, the writing is a little worn and the stone leans at an odd angle. The name Zillah is so unusual it always jumps out at me and leaves me wondering about the woman who bore it. It’s a Hebrew name, meaning shade, and was the third female name mentioned in the Bible. Zillah was the second wife of Lamech, a descendant of Cain and the first polygamist in the bible. Zillah is believed to have been his favourite wife. In fact, his first wife, Adah, was, supposedly,  treated as a slave. There is, perhaps, a little irony in the fact that, after this Zillah died, her husband, William, remarried. His second wife, Isabella, survived him and all three are buried in the same grave. Going by the dates on the grave, it seems William had a penchant for older women as both his wives would have been considerably older than him.

Many of the graves are overgrown, as the cemetery is tended on a rotational basis to encourage wildlife. Sometimes this makes reading the stones a difficult task, but this is more than made up for by the wild plants and flowers decorating them. The grouping of the graves interests me too. Some seem to stand alone, while others jostle for space with their neighbours, or even lean against them. 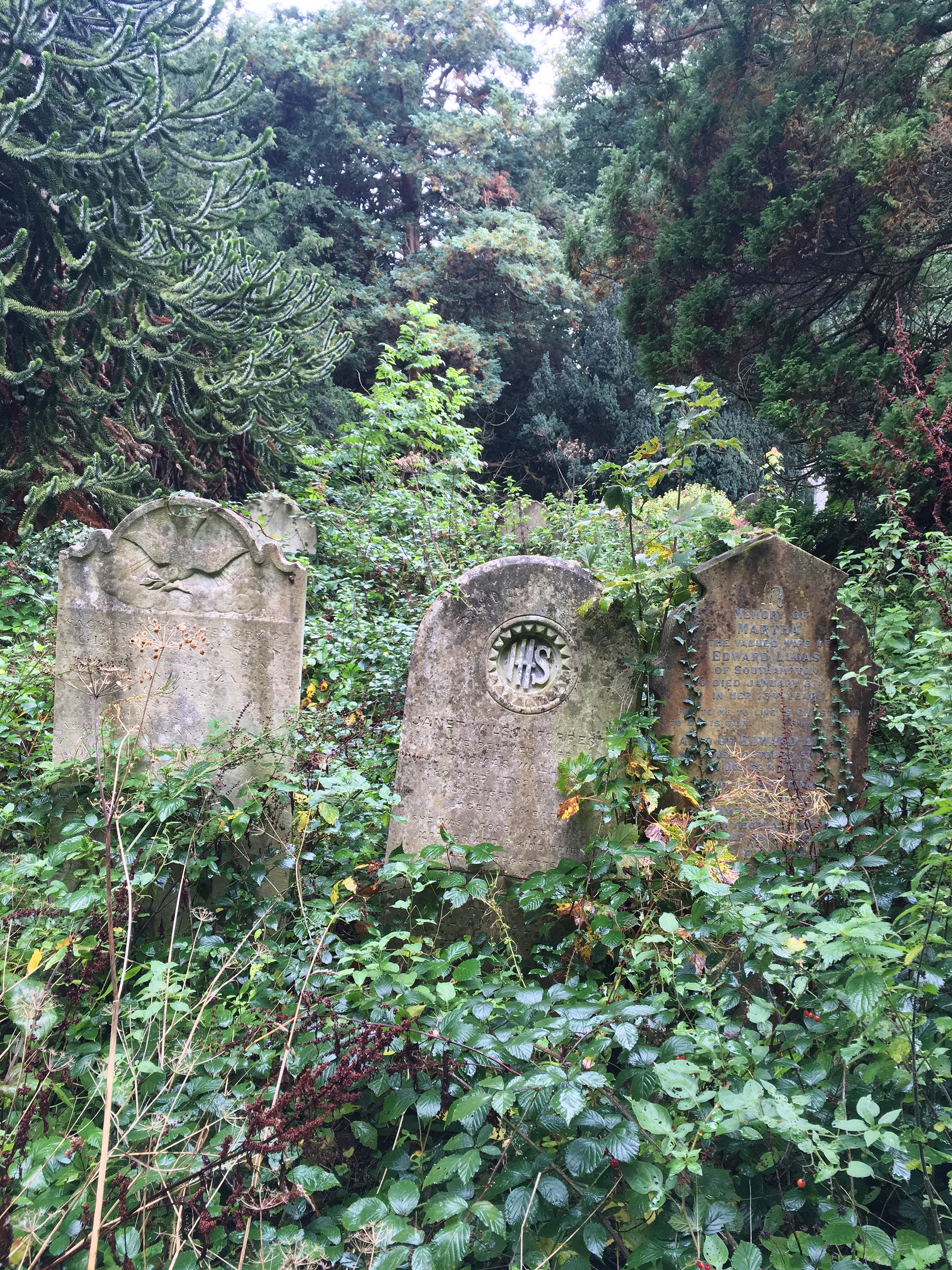 Some of the paths are made from smooth tarmac, easy to walk on even on the most inclement day. Others are nothing but overgrown trails between the graves. These, in my experience, are where the really interesting graves are hidden but they’re often muddy and hard to walk in autumn and winter. 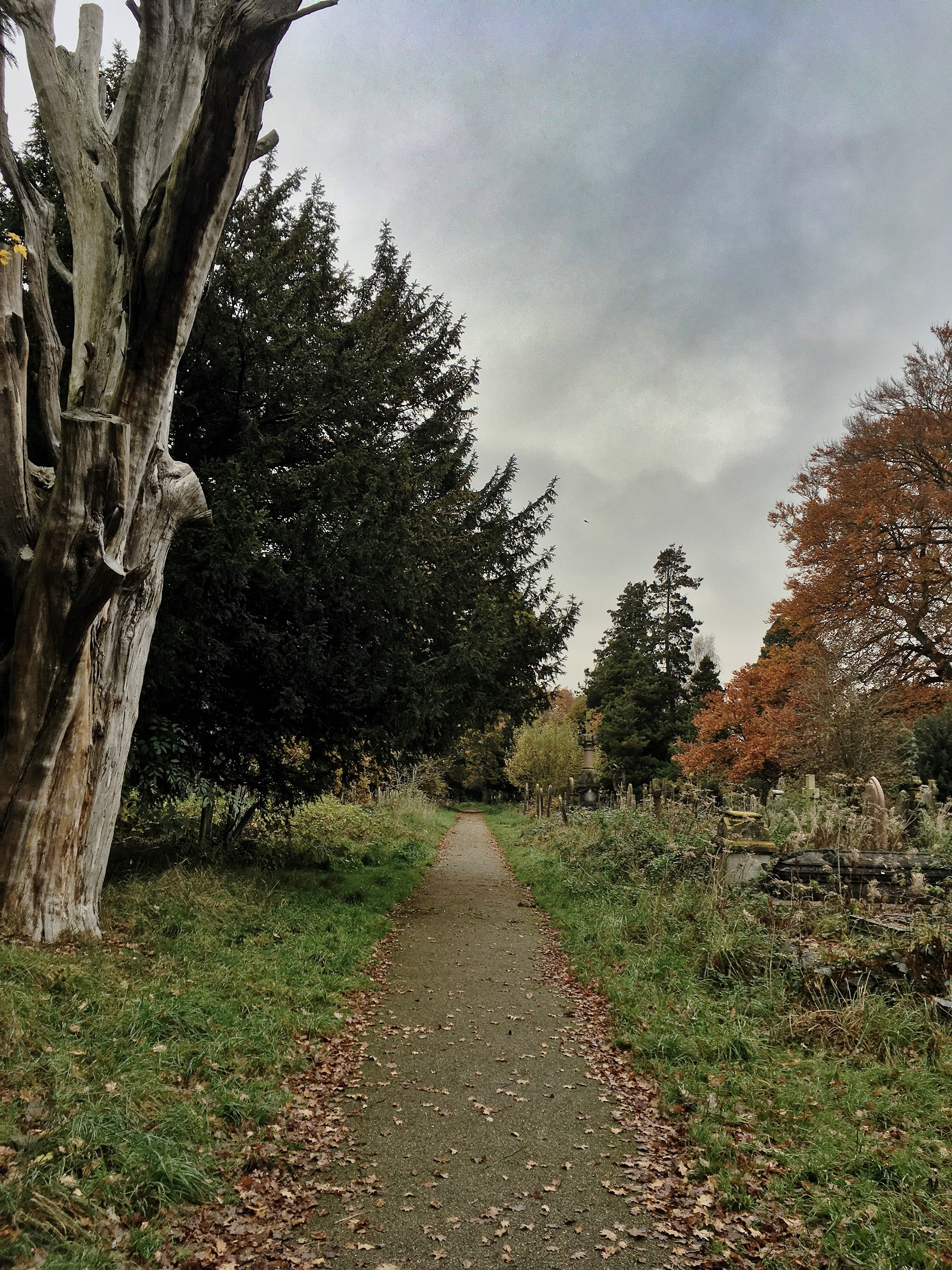 As Southampton is a port, it’s no surprise to stumble upon a nautical grave. One such is that of John Sampson. Sampson was a maritime pilot, maneuvering ships through the congested waters of the port, a difficult job at the best of times. He was originally a pilot in the notoriously difficult waters around Jersey but, despite his dangerous job, managed to survive into old age. 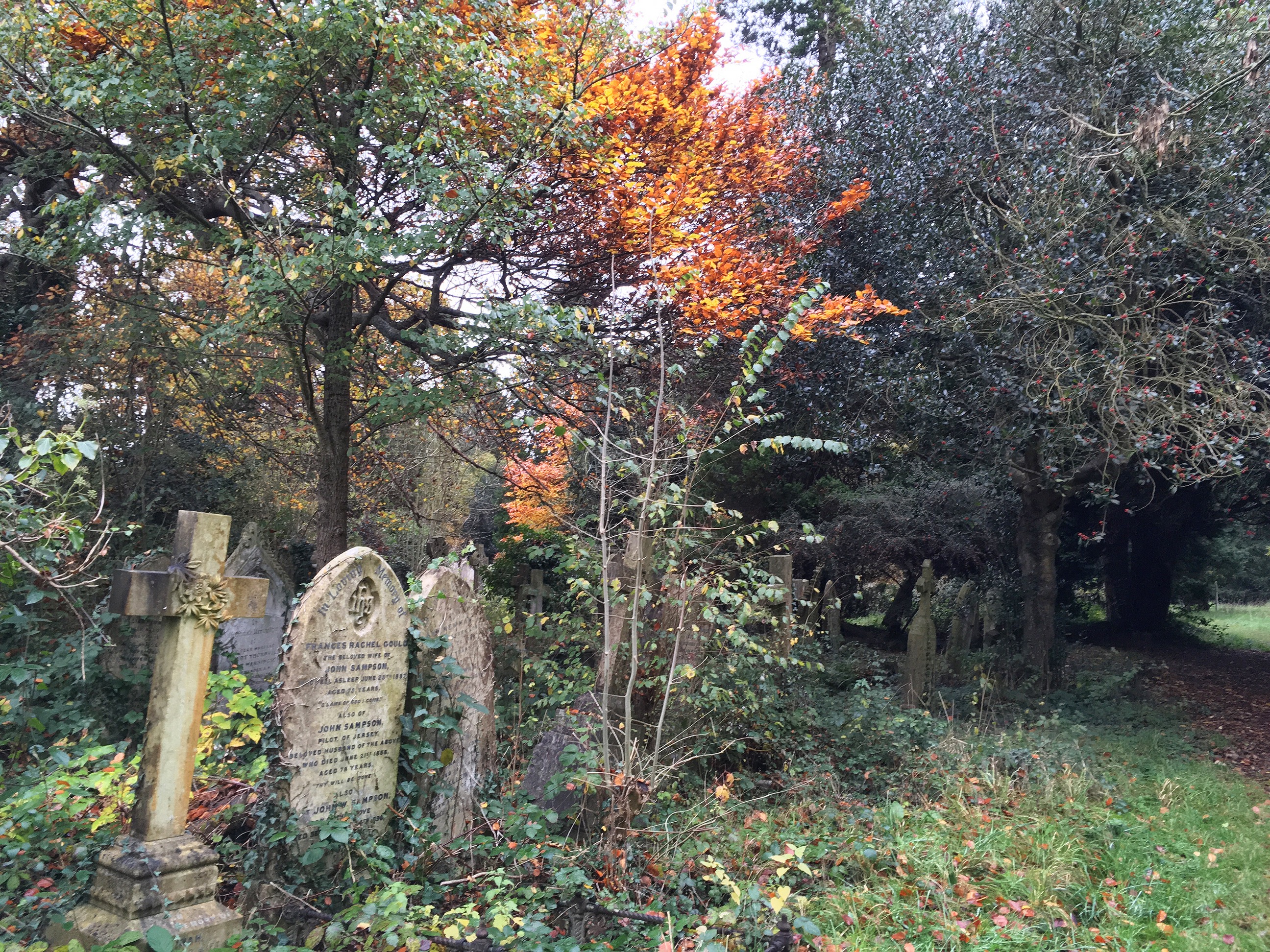 Another sailor was not quite so lucky. Poor William Dicker’s life was cut short in 1888 when he was just twenty three. He was second mate aboard the iron hulled barque British Princess when she was hit by a steamer somewhere off Lowestoft. The steamer sank immediately and so little was left of her no one managed to identify her. Her crew were all lost. Amongst all the mayhem,William perished too, although it’s not clear exactly how. The barque was badly damaged and had to be towed into Lowestoft by the tug Oceana. 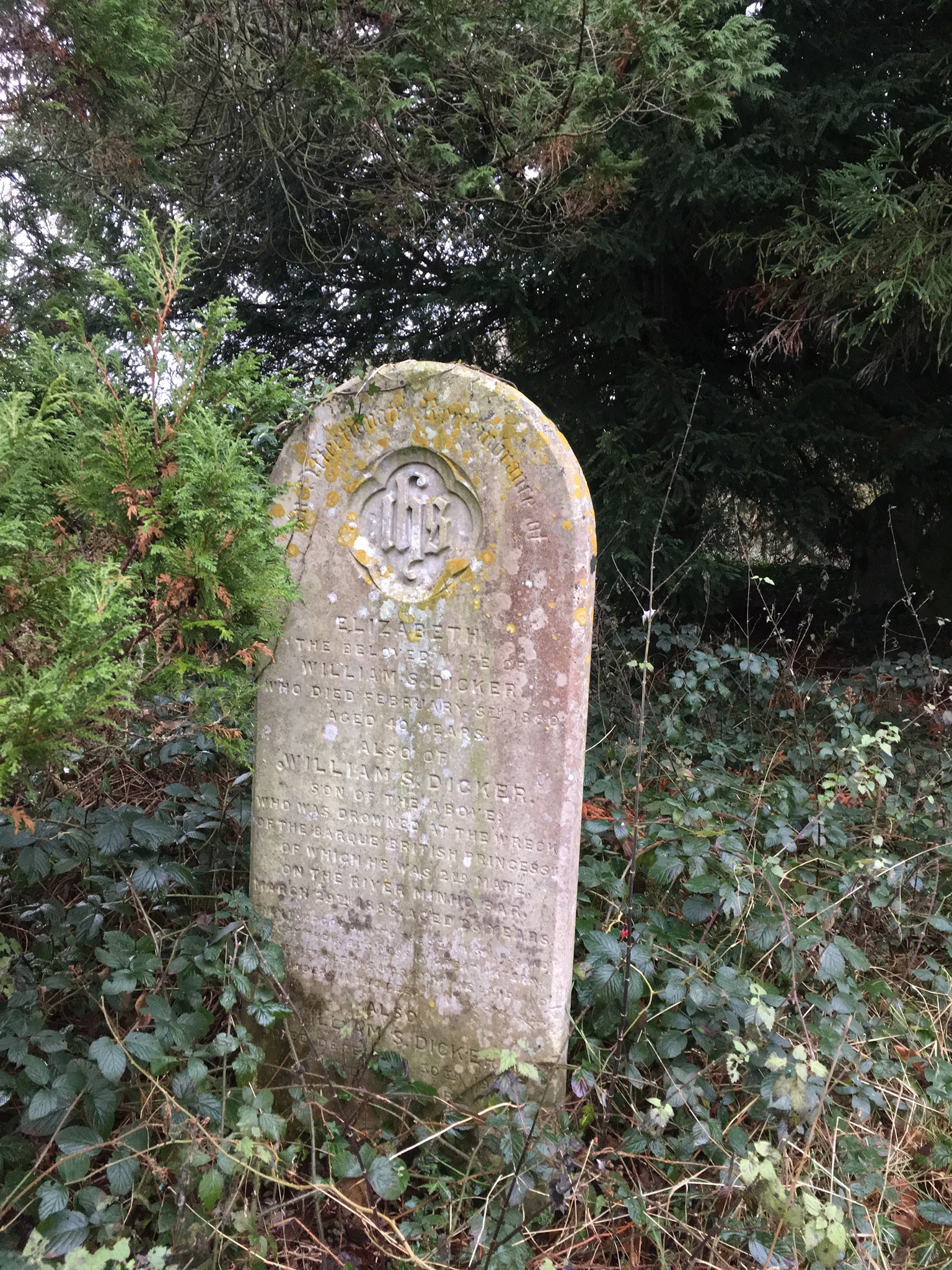 In autumn and winter slippery fallen leaves and muddy trails keep me mostly on the main paths. This winter there was so much rain, just getting across the grass from the parkrun start was a treacherous task and cut into my walking time considerably. Even so, the light was often glorious and, at times, it tempted me off the tarmac and into the mud and slippery grass. 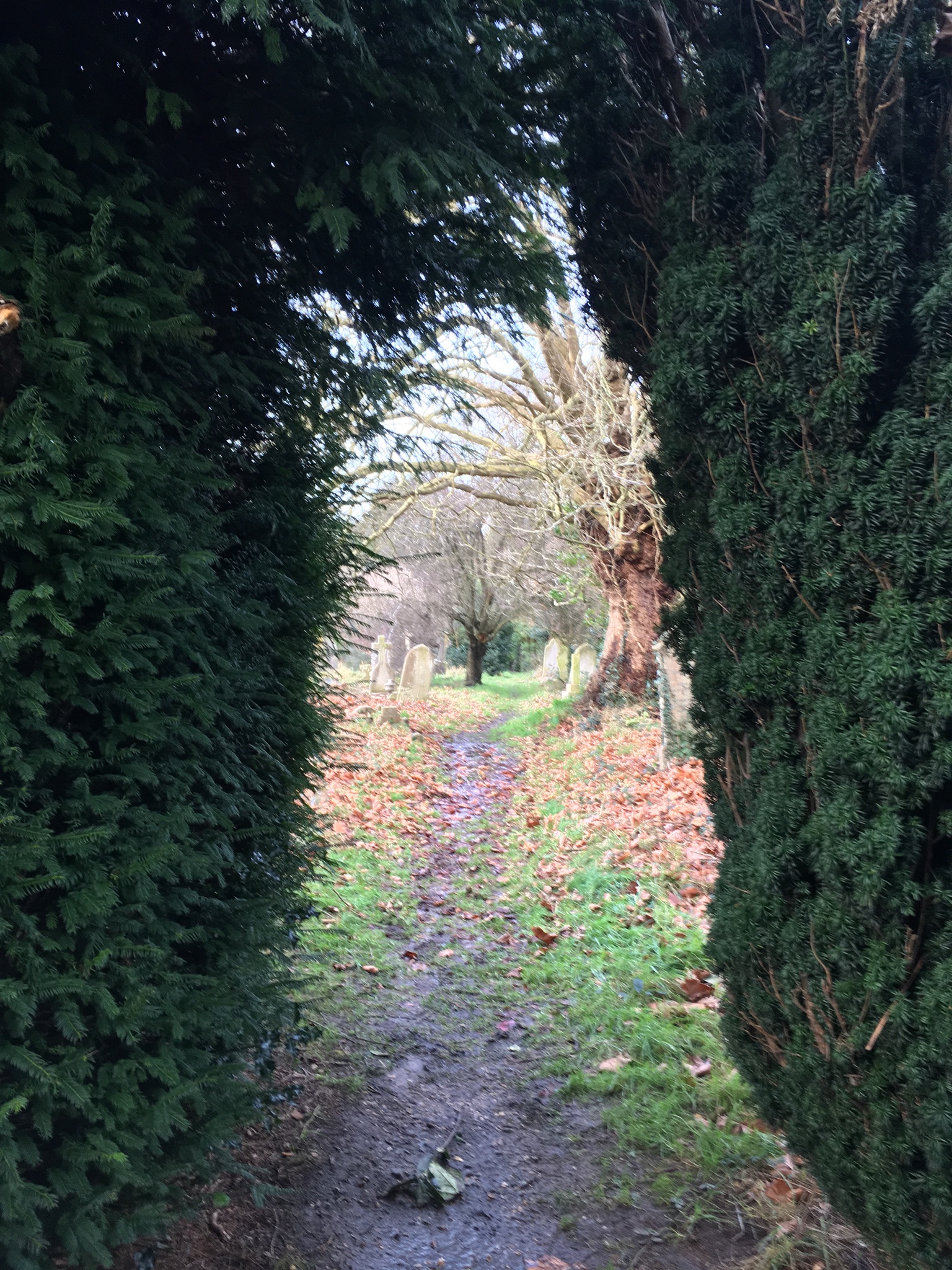 Here the inscriptions on the stones reminded me that becoming unbalanced in a little mud was nothing to worry about in the great scheme of things. At least I was alive to enjoy the beauty of a morning walk, which was more than could be said for my companions. The struggles of an earlier time were clear to see in the lists of lost children on many of the graves. To lose a child must be an unbearable thing but, in times past, it happened far too often, sometimes many times in one family. In some parts of the cemetery a list of lost children seemed to be on almost every grave. 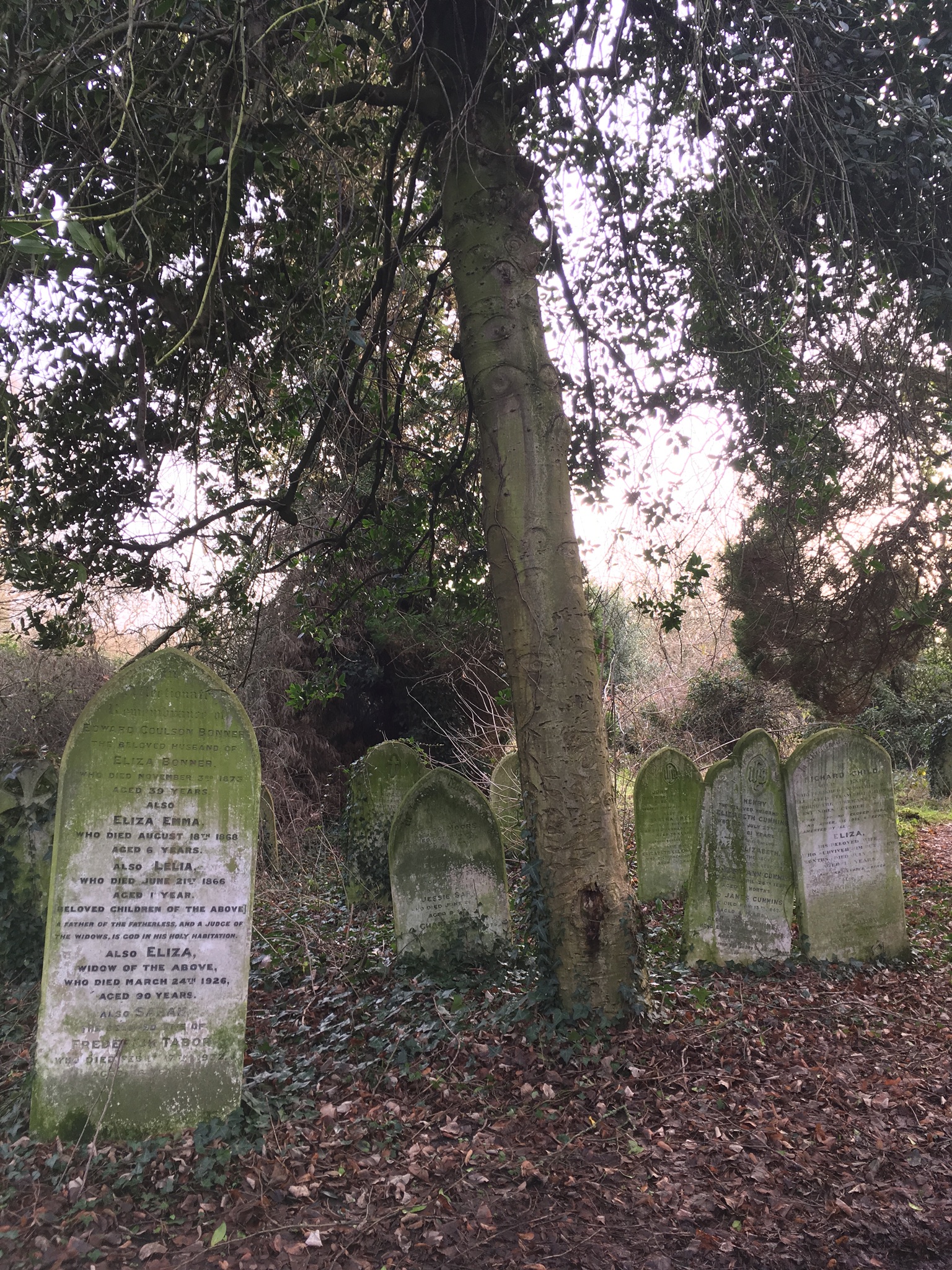 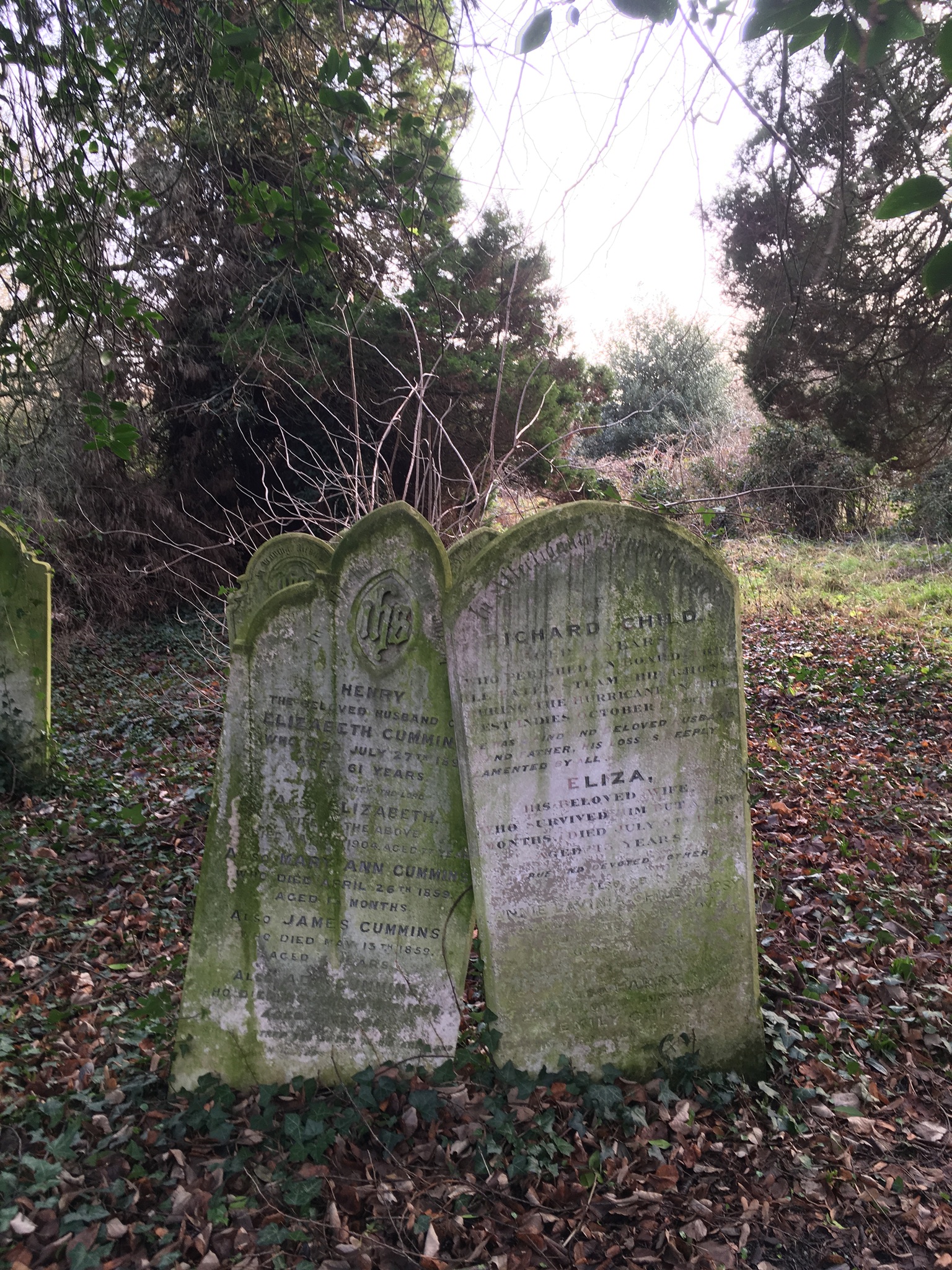 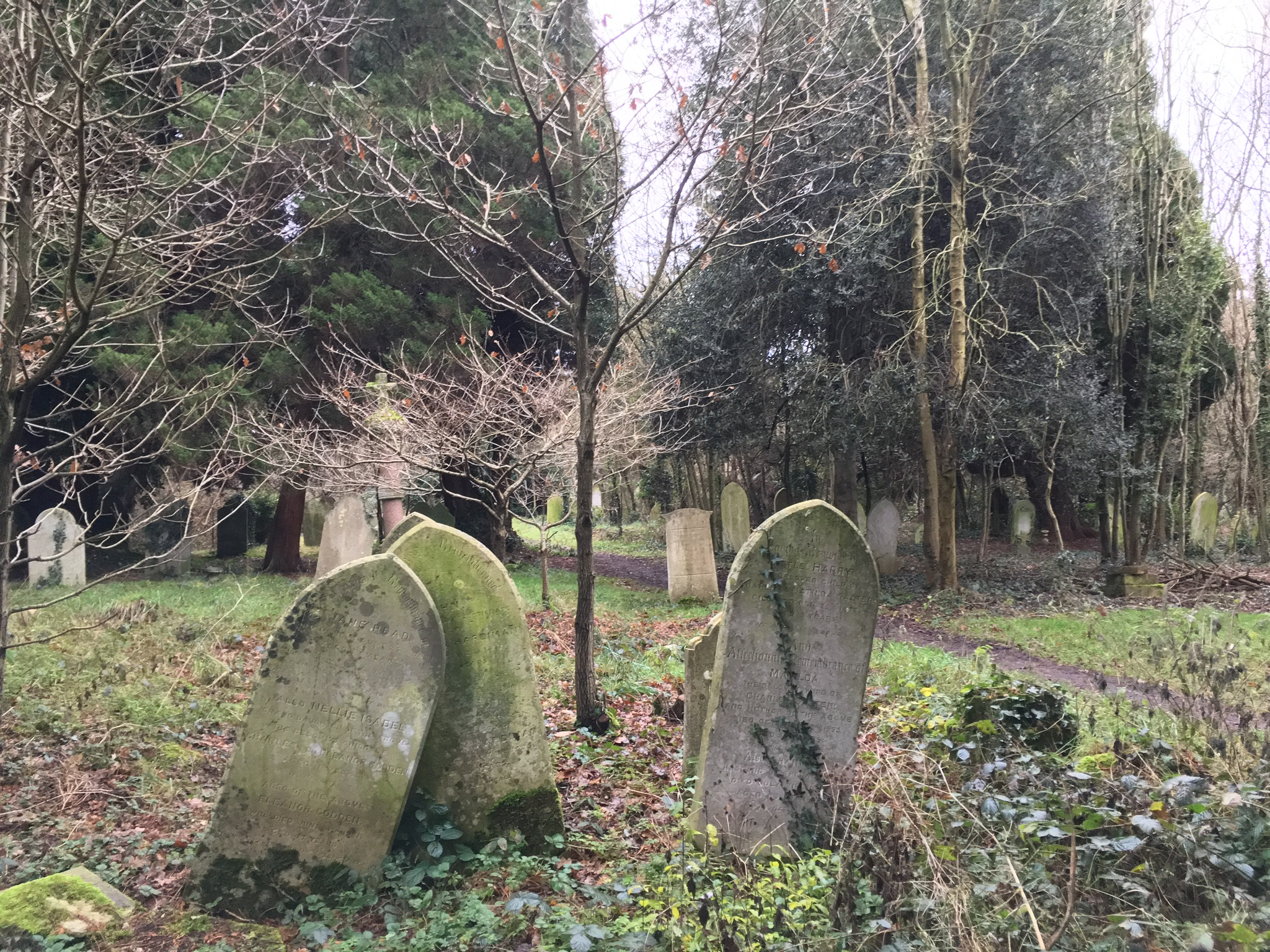 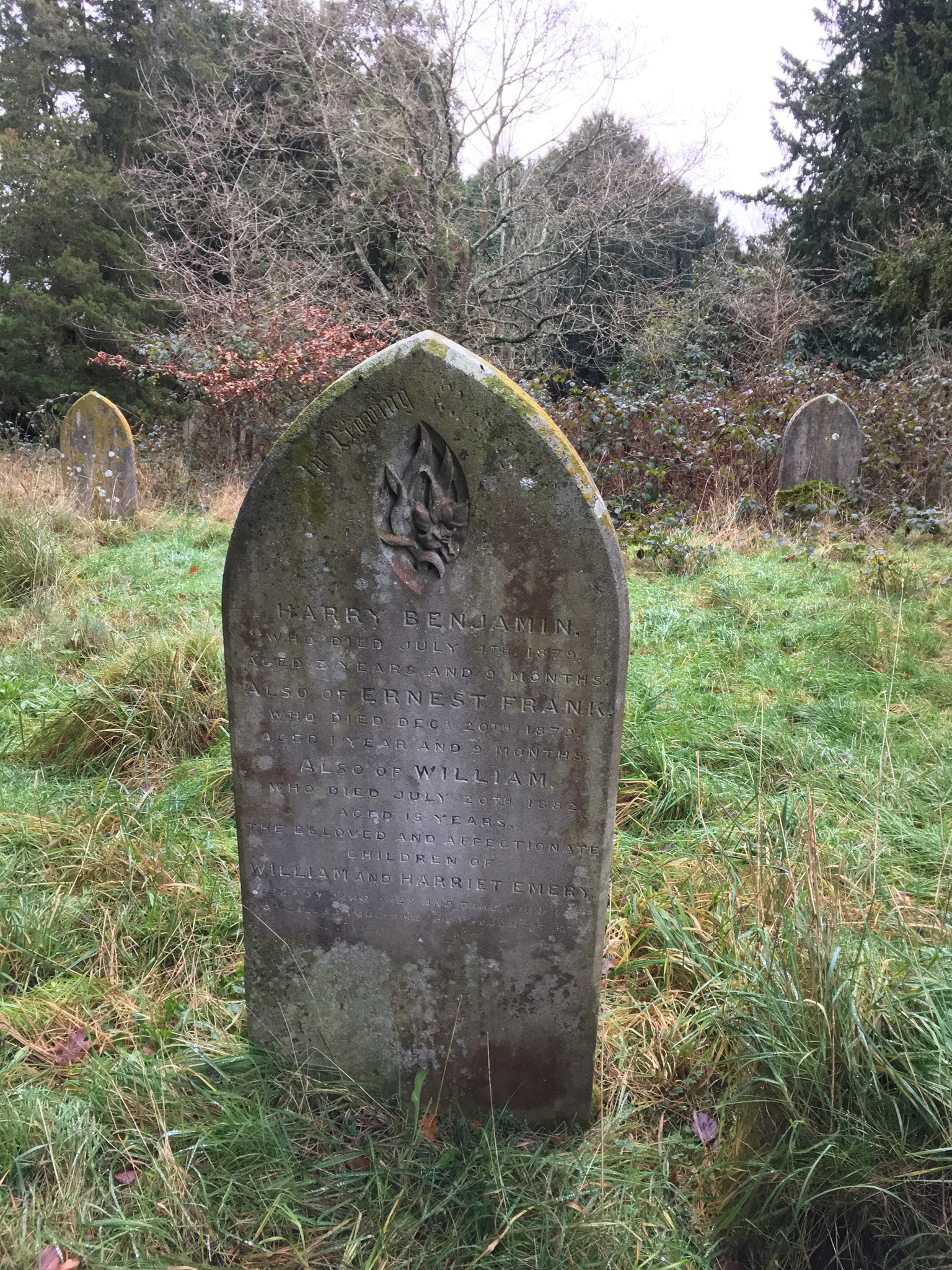 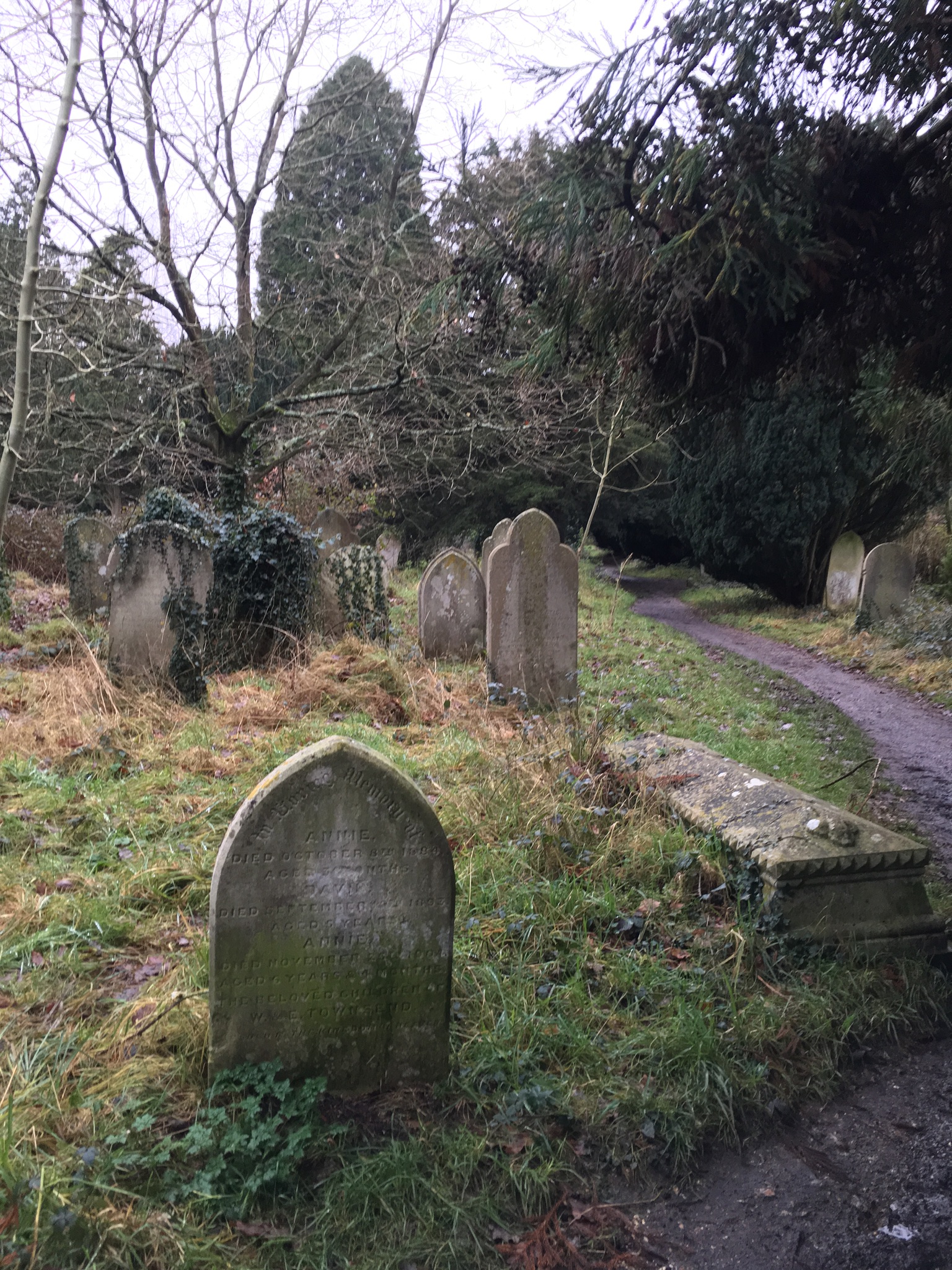 The dates marked on the stones are often all that remains of the story of the occupants. In some cases the dead seemed tragically young, others seemed to have lived an exceptionally long life, given the perils of the times. 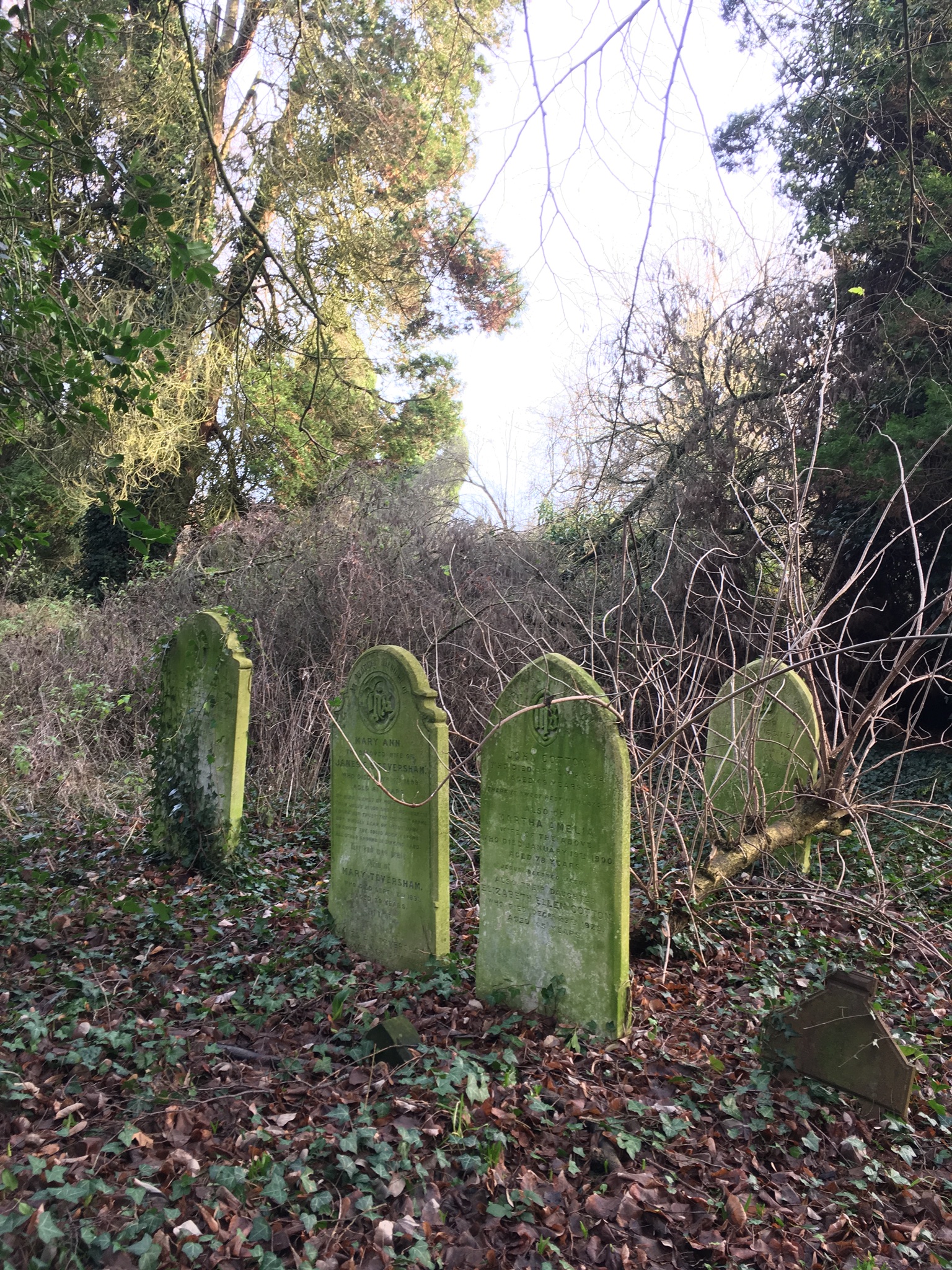 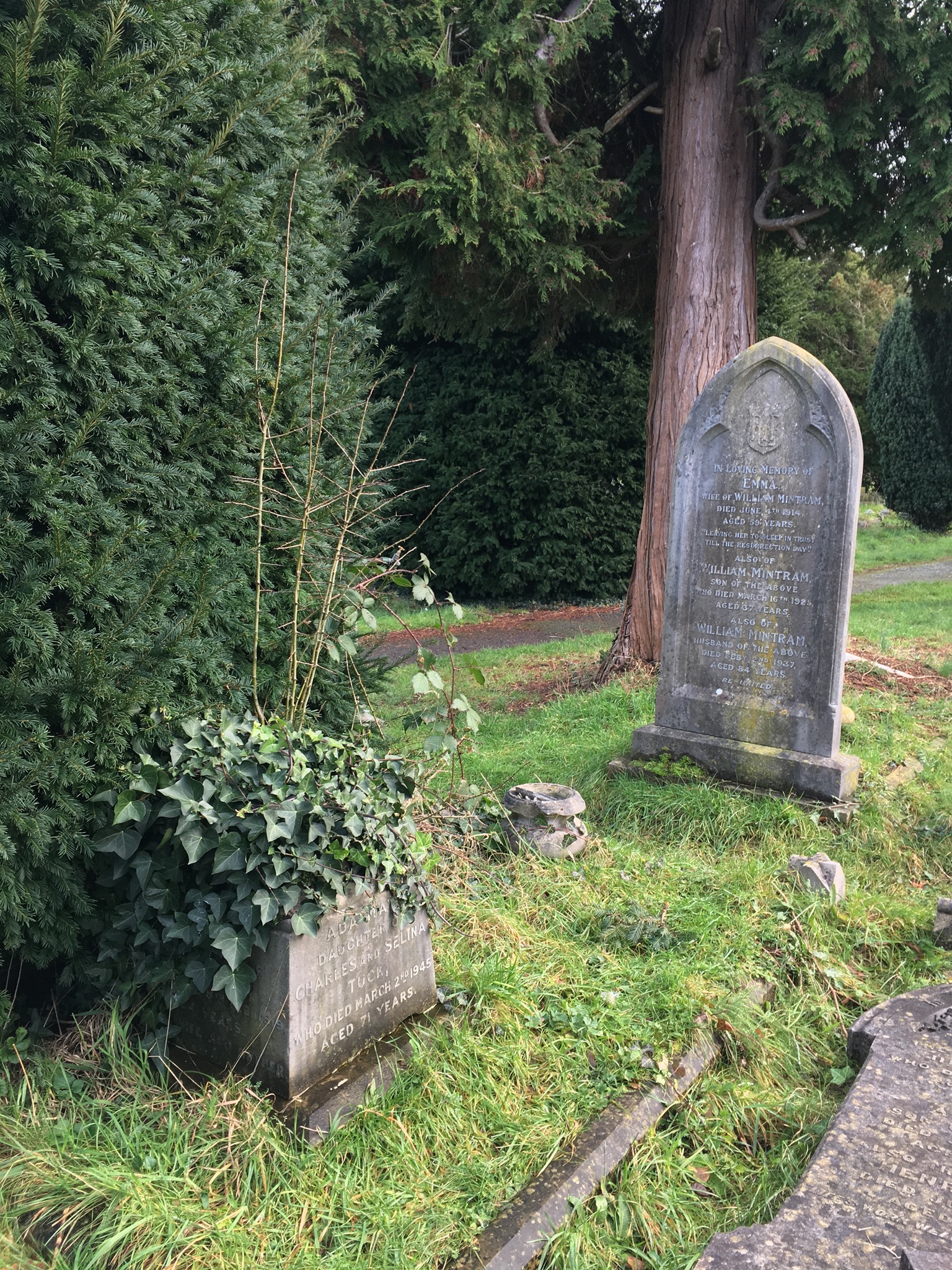 The original cemetery, created in 1846, covered fifteen acres of land on the southwest of the Common. Because Commando runs quite fast, most of my Saturday morning walks start from the gates on the common nearest the parkrun start and finish and are confined to the newer, north west, part of the cemetery created in 1863. Depending on how much wandering off the main path I do, I rarely make it as far as the gate at the end of Cemetery Road, although I occasionally come within sight of the Lodge and the Non Confirmist Chapel. Both were built when the cemetery was first created. The lodge is now a private house and the Non Conformist Chapel is used as storage by a charity. 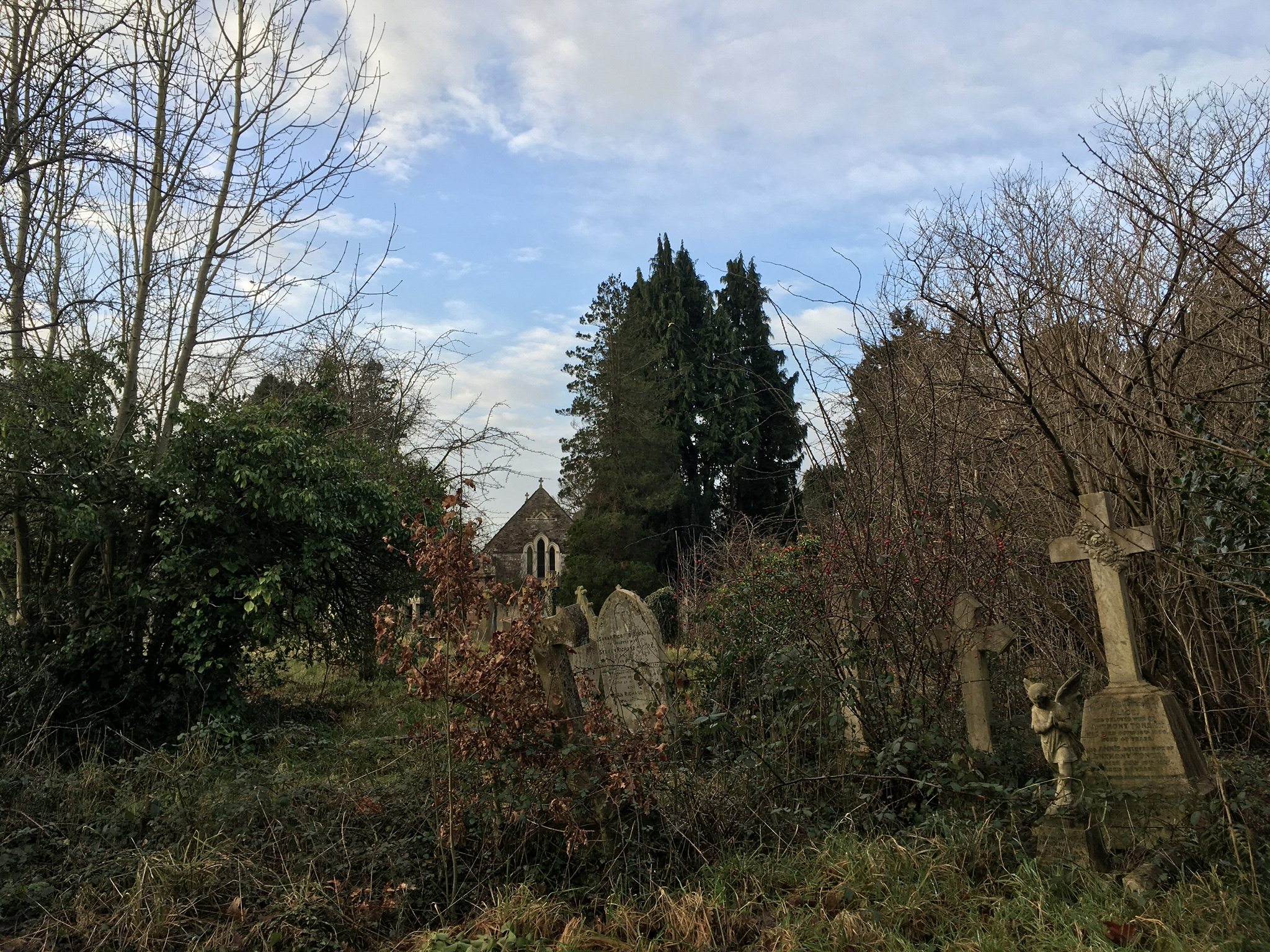 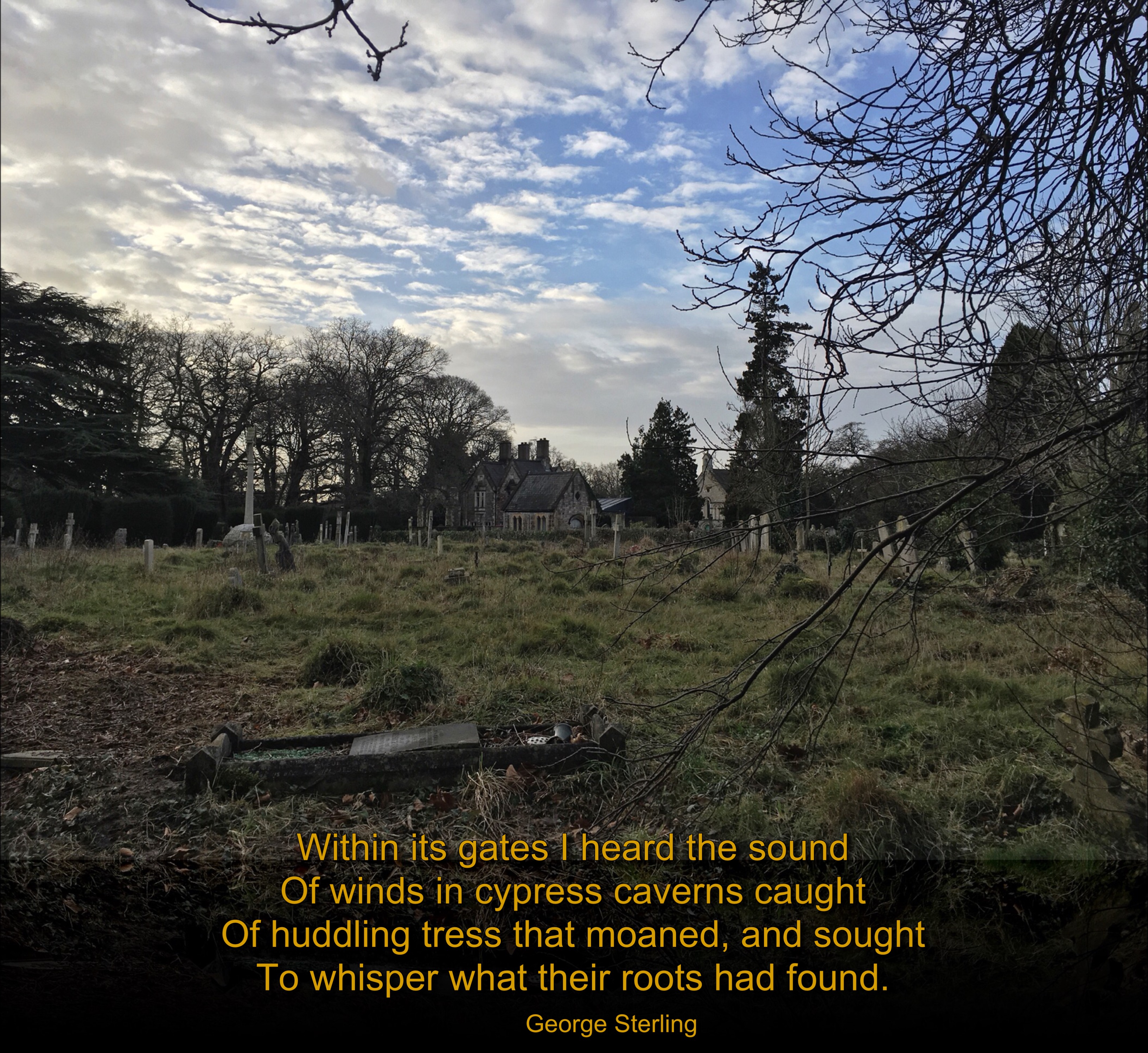 Most of the graves are so old there is no one left to remember those buried in them or to tend them. The ivy, long grass and brambles clamber over and around them and time and weather slowly wear away all trace of names and stories. In spring and summer even these forgotten graves might be decorated with wild flowers but, even late in the year I’m occasionally surprised by freshly laid flowers and signs of regular visitors. 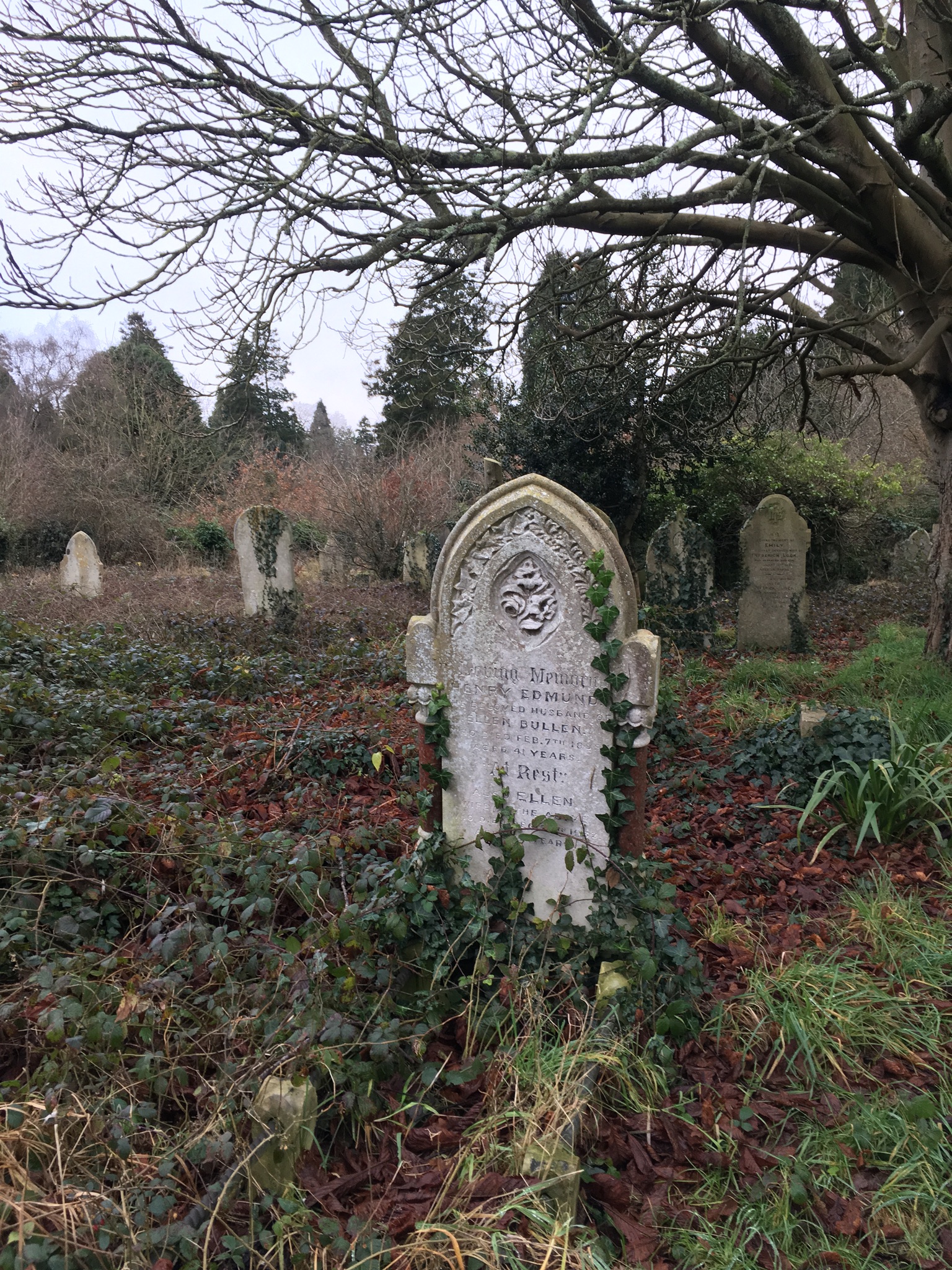 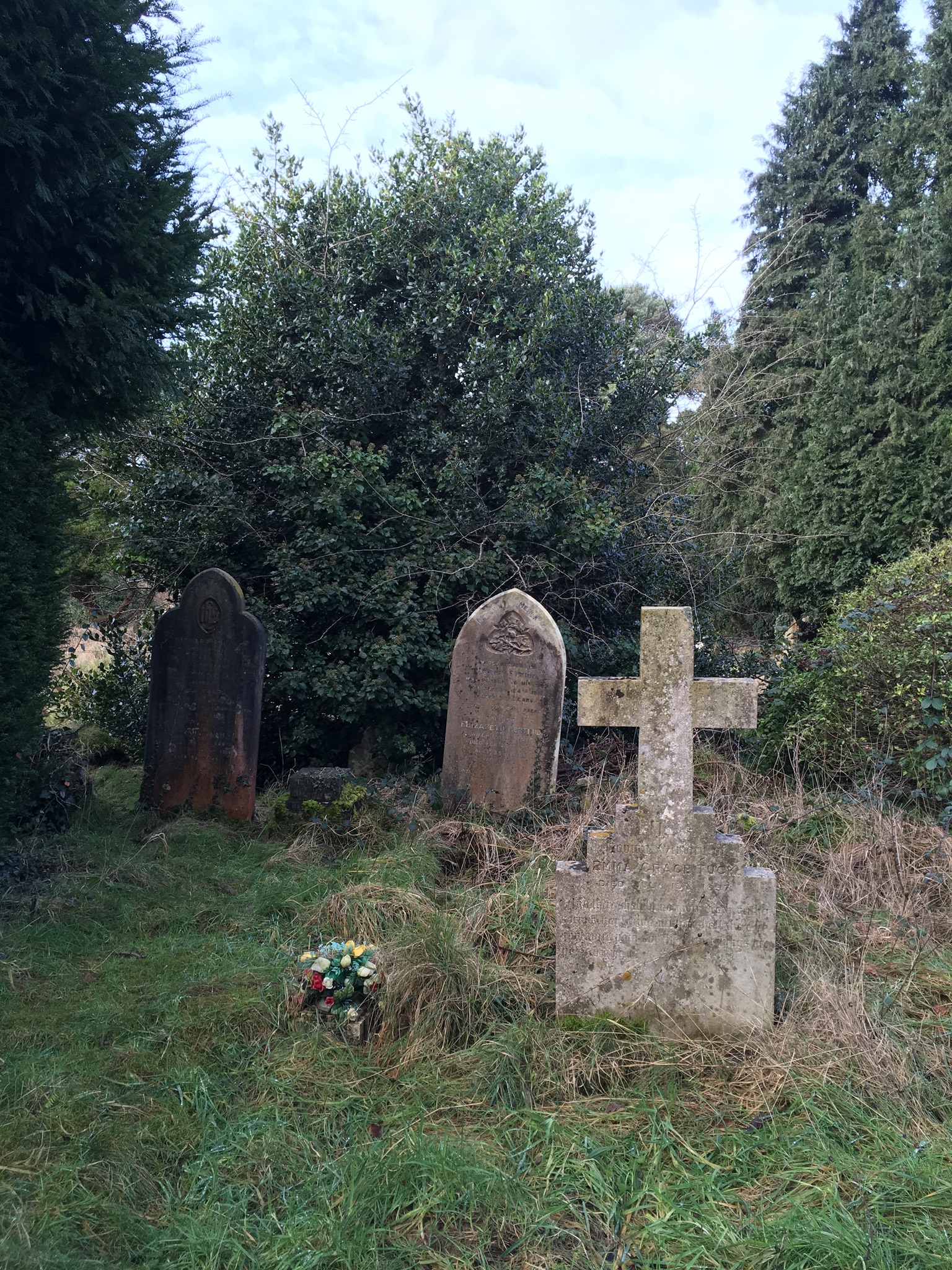 Throughout these graveyard wanderings I always have one eye on my watch, mindful of getting back to parkrun before Commando finishes his run, or at least before he finishes managing the funnel afterwards. Sometimes the winding paths, with their many twists, turns and crossroads, lead me astray and I lose all sense of where I am. It’s easy to get lost amongst the graves. Luckily I’ve never been lost for long. If I keep going forwards I always end up on a path I recognise, even if it isn’t quite the one I want to be on. All my walks with the dead end in the same way, with a walk, or a sploosh and slide, back across the grass towards the noise and bright colours of the living gathered on the parkrun finish line. 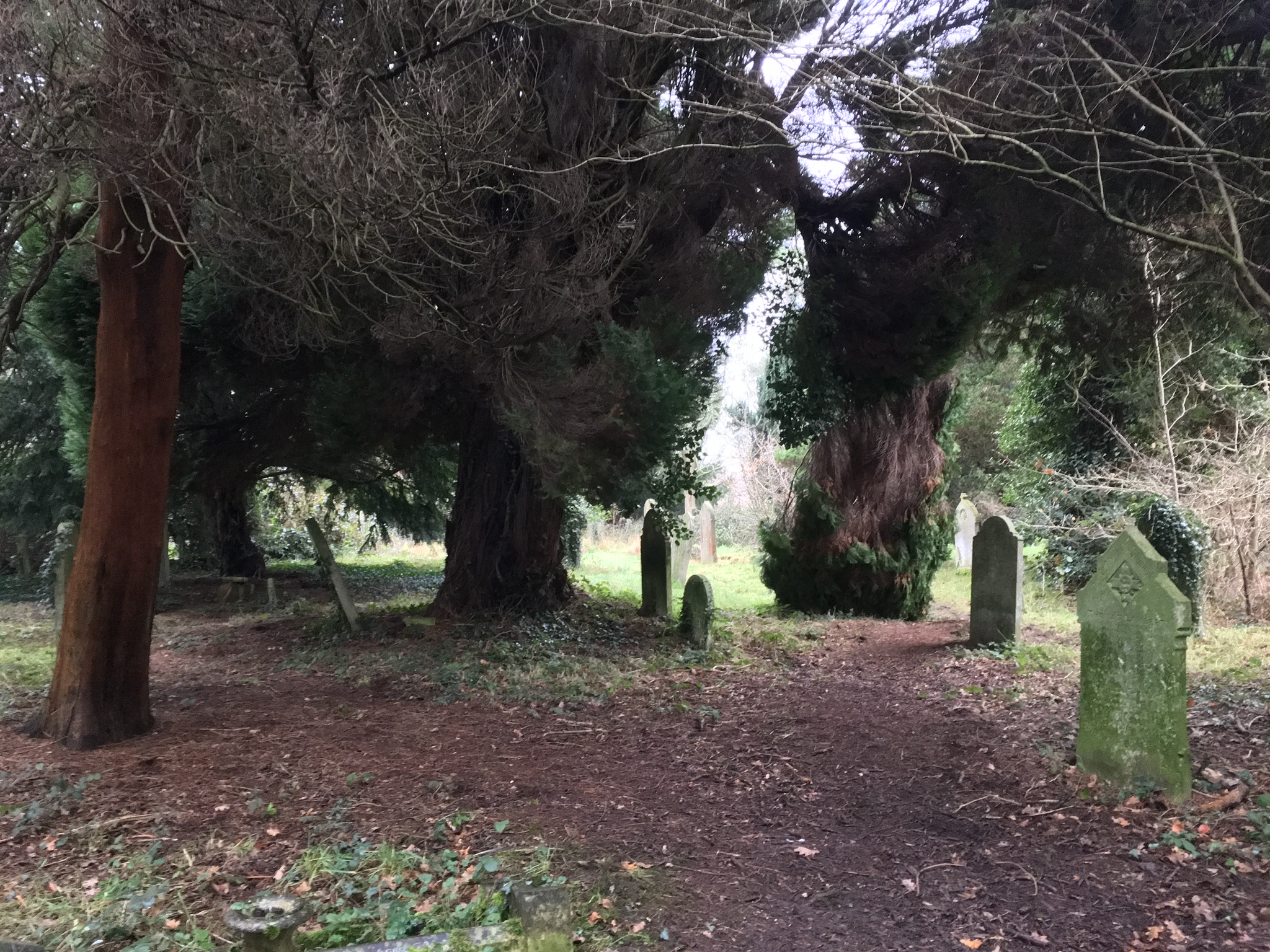 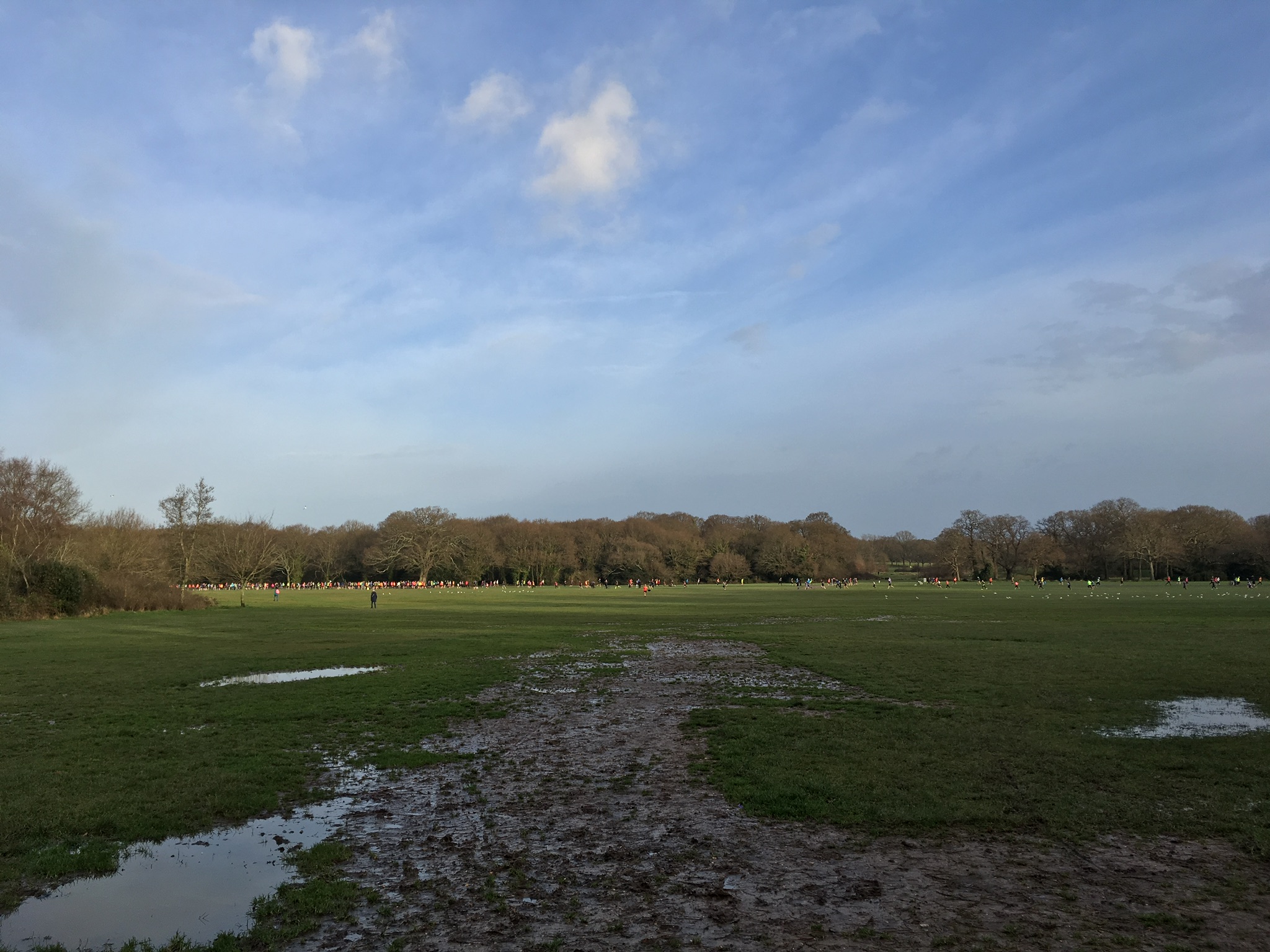 4 thoughts on “Tales from the Old Cemetery”