1972 began with a coal miners’ strike. As our coal fire was long gone, replaced by a far less attractive but much more practical gas fire, this didn’t seem to be a big concern for us, at least at first. Even so, I had a sneaking sympathy for the miners’ demands for more money. Spending all day in the dark at the bottom of a dirty mine seemed a horrible and dangerous job, deserving of a rich reward, especially when the Prime Minister earned so very much and seemed to spend most of his time sailing about on a yacht.

The evening news was filled with film of striking miners and something called pickets. These, I soon discovered, were workers who barricaded the gates of the mines to stop any miners who did want to carry on working from breaking the strike. Within a month or so, it was clear a shortage of coal was not just a problem for people with coal fires. Many of our electricity stations were coal fired and the gas works were also running out of coal to make more gas. Then came the power cuts, sometimes lasting nine hours a day.

Pappy found an old Tilley Lamp he’d been keeping in the shed. These paraffin lamps were invented by John Tilley in 1813 and were widely used by soldiers in World War I. Whether this particular one had come from Pappy’s time in the trenches or not I couldn’t say, but it was certainly very old. Despite its dilapidated appearance, and the horrible smell of the burning paraffin, it did provide enough light for me to do my homework and avoid getting into trouble with Miss Please who was always ready to pounce on me. We also had candles in jam jars all over the house. For me, it was a bit of an adventure and a chance to imagine what life must have been like before the advent of electricity. The adults felt a little differently and sympathy for the miners seemed to be in short supply but we all coped as best as we could. The power cuts meant we didn’t see a lot of the news but the little we did see showed the strike to be a violent affair at times. Flying pickets were sent to persuade workers in other industries to join the strike. Some were sympathetic and railway and power station workers refused to handle coal in solidarity with the miners. Then a picket was killed by a lorry trying to cross the picket line and things took a decided turn for the worse. The news we did see showed scenes of pickets throwing missiles and lines of policemen trying to ‘keep the peace.’ It all seemed too much like Northern Ireland for my peace of mind. The strike lasted just seven weeks, although it seemed forever to me. The miners got their pay rise and the Tilley lamp went back into the shed.

The pervading air of doom and gloom continued though. While the strike had still been going on a crowd of demonstrators in Bogside, Londonderry were shot at by British Soldiers. Some said the soldiers had been fired on first, certainly plenty of bricks and other missiles had been thrown by protesters, others said the demonstration was mostly peaceful. Whatever the truth really was it was the worst day of violence since the current troubles began in 1969. Thirteen people were killed, many more were injured and the press were calling it Bloody Sunday. 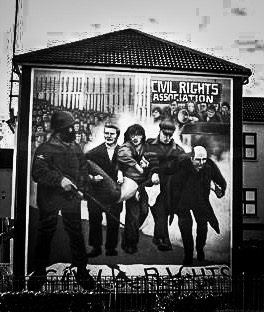 The lights were back on, along with the TV and it was soon clear the ‘troubles’ were no longer confined to the other side of the Irish Sea. Just days after the miners accepted their pay offer an IRA car bomb exploded in the army barracks in Aldershot, killing six people. The IRA said it was a retaliation for Bloody Sunday. All my life I’d been glad I was born too late to have to worry about bombs. Now it seemed I was wrong.

In the midst of all this uncertainty and violence I became aware of another, even bigger, worry. At the end of March I saw news footage of a CND march from Trafalgar Square to Aldermaston. Although the Campaign for Nuclear Disarmament had been going on all my life and I’d seen the Ban the Bomb signs of the late sixties, I’d never really known about nuclear weapons.  Now I did, the thought of bombs so big they could destroy whole cities kept me awake at night. In this climate of fear I turned twelve. In many ways I was still a naive, innocent child but the weight of the world was slowly falling onto my young shoulders and the words ‘ignorance is bliss’ couldn’t have been more apt. The days of no electricity and no television felt like a wonderful dream.

In mid May a drama centred around the Southampton based cruise ship QE2 began to unfold.  The ship was half way across the Atlantic on her way from Southampton to New York when Cunard received a telephone call  warning of several bombs placed onboard. A ransom demand of $350,000 was made and, after the IRA bombing of the Post Office Tower and the Aldershot barracks, the threat was taken very seriously.  The sleek and luxurious ship was a well loved visitor to the Southampton cruise terminal, so this news couldn’t fail to capture the attention of the people of Southampton, myself included. An SAS bomb disposal team were parachuted into the Atlantic, at great personal risk, and managed to get onboard with just eighteen minutes to spare before the bombs were due to explode. The ship was searched and no bombs were found. The whole thing turned out to be a hoax. When the FBI finally caught the culprit it was a surprise to discover he was not a member of a terrorist organisation or a criminal mastermind. In fact he was a middle aged shoe salesman from New York. We were almost half way through 1972 and it felt as if it had been nothing but strikes, violence and bombs. Then here was a tiny chink of light at the end of the very dark, dismal tunnel. On the last day of May the IRA declared a cease fire in Northern Ireland. Sadly, it lasted all of three days before a Protestant demonstration in Derry turned into the usual battle.

Just as the terrorism wasn’t over, neither were the strikes. In June airline pilots declared there would be a strike to protest pay, conditions and the increasing number of hijackings. The planned dispute caused tension between pilots and disruption as travellers changed their plans to avoid the day of the strike. Of course, none of this made any difference to me. Flying off on holiday wasn’t something I ever imagined myself doing.

The day before the strike was due a plane filled with people who’d changed their plans specifically to avoid it, crashed shortly after takeoff from Heathrow, close to the town of Staines. All one hundred and eighteen passengers and crew were killed, making it the worst air accident in the UK. Any ideas I might have had of flying in the future were swiftly abandoned. In fact, watching the news footage of this crash may well have caused of my enduring fear of flying. 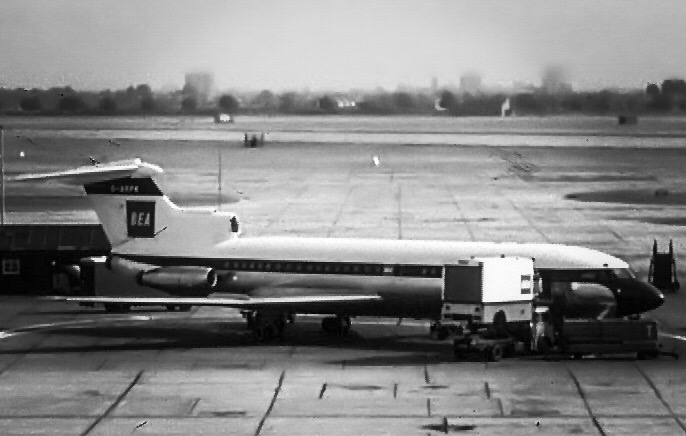 As the summer slowly drew to a close more bombs were going off in Belfast and Londonderry and the dockers were out on strike but I barely registered any of it. The spectres of tests and a new school loomed so large in my mind they pushed everything else out. Unlike Alex I didn’t have to take the 11 plus exam to get the chance of a place at a grammar school. This was probably a good thing. There were still tests though, used to determine where we would fit into our new comprehensive schools. The test sheets were printed on strangely flimsy paper in purple ink that had the most peculiar smell. Our desks were moved apart and we all sat in silence chewing the ends of our pencils wondering how much our futures might depend on the correct answers.

Then it was finally over. The last test was finished and our last day at school had come. There was an air of finality as we left our classroom for the last time and walked across the playground to the steep steps and the school gate. Sadness at leaving a school I knew so well was tempered by the knowledge that I’d never, ever have to see Miss Please again.

At the school gate I met up with my friend Jane and Timmy, the boy who lived a few doors down from her. Jane and I had met on my very first day at school when I fell and cut my kneee outside her house. It seemed fitting they I would leave the school for the last time walking by her side. As we walked up the hill towards the main road Timmy told us all the rude words he knew and what they meant. Most of these were mild and I’d often heard Mother use them. The word fuck though, was completely new to me and, when he explained what it meant (quite correctly as I later discovered), I didn’t believe him. Looking back at the these memories from the early 1970’s it might seem I was a particularly sensitive and nervous child. Possibly I was? The unexpected loss of a parent at such an early age and living as the only child in a household of adults probably didn’t help. Neither did having a very vivid imagination. Then again those days really were filled with unrest and violence. Such things make a deeper impression than fun and games and noticing them for the first time may well be part of the process of growing up. There were good memories too, hours spent skipping with my friends, swimming lessons, bouncing a ball against the garage wall, playing endless games of marbles, Monopoly and Scrabble, reading and listening to music. Those memories are far more vague and harder to pin down to a particular time though, so, when I think of those years, it’s the turmoil I remember the most.