As you have probably worked out by now, walking and writing are my passions and I’m quite fond of a bit of history. Walking is my main form of exercise and it is also my thinking time, a form of meditation if you like. Writing is, at times, quite hard work. Sometimes my brain hurts from thinking and my eyes are sore from hours of research. The problem is, I’m not very good at sitting and doing nothing. This almost certainly stems from my childhood.

When I was small I was an inveterate thumb sucker. As I got older mother saw this as a bit of a problem and tried many things to stop me. Mostly they didn’t work, not even the bitter stuff you paint on. Eventually she discovered the only way to stop me putting my thumb into my mouth was to occupy my hands. When I was about six or seven, she taught me to knit. Then she taught me to crochet. Later I learned to sew.

As I got older these lessons stood me in good stead. Often I made myself clothes and, when my boys were small and money was in short supply, I made their clothes too. Sometimes I used proper knitting and sewing patterns, sometimes I made things up as I went along. The more things you make the easier it becomes to work out how to make other things. Of course my experiments didn’t always turn out well but, for the most part they were successful and I’ve always made my own hats, gloves, scarves and the occasional bag.

This year, with a little more time on my hands, or at least more need to procrastinate and avoid starting writing assignments, I’ve rediscovered my joy in making things. It began in January when a friend told me the neonatal unit needed knitters to make baby blankets for the sick babies. I thought, ‘I could do that,’ and soon I was knitting away. 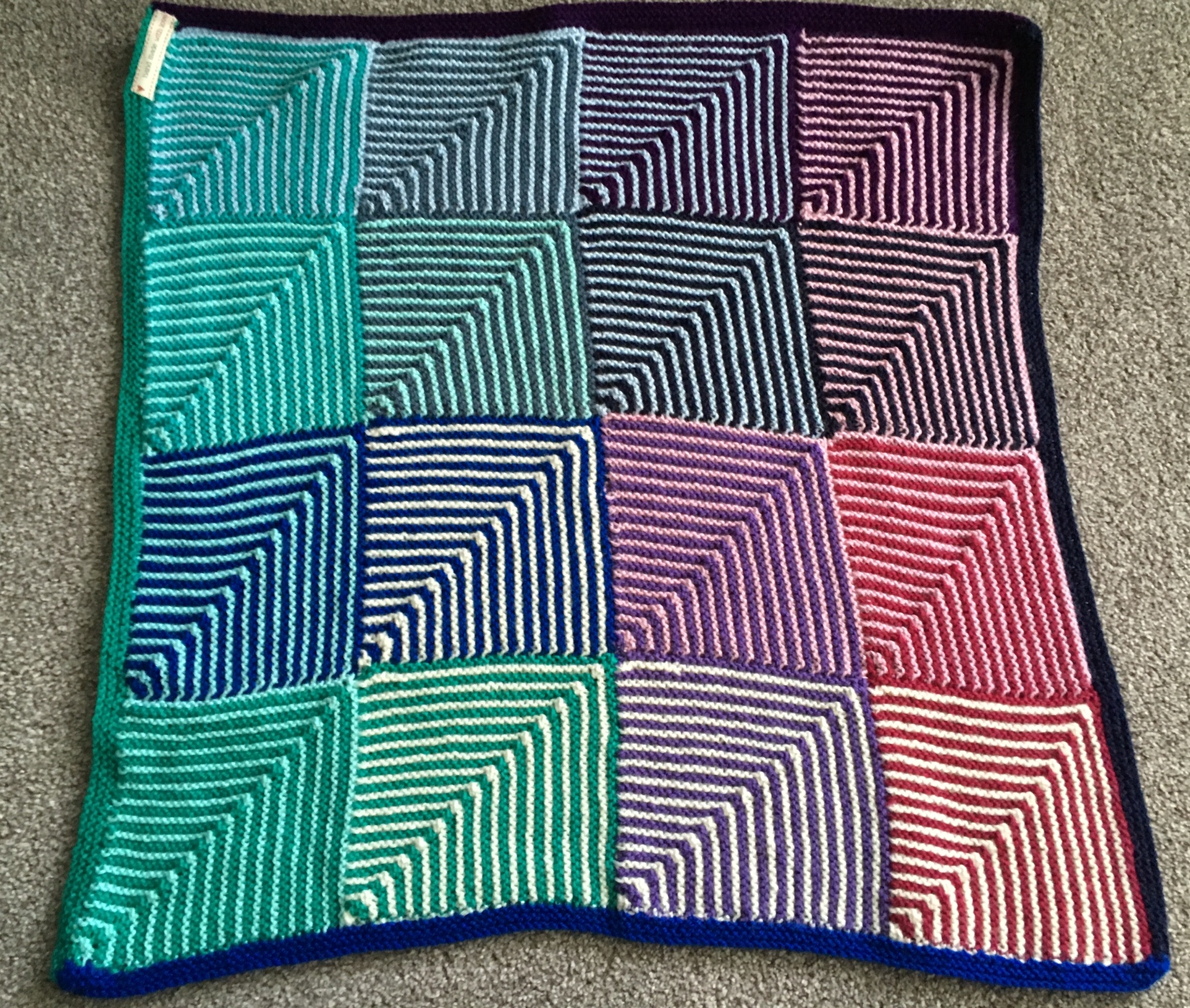 To keep things interesting I turned to the internet for pattern inspiration. Pinterest was filled with ideas and my blankets got more and more complicated. Then I discovered a French lady called Sophie Digard who crochets the most amazing scarves, bags and jewellery. Her work was marvellously intricate, colourful and, sadly for me, very, very expensive. Of course I can crochet so it was only a matter of time before I was experimenting for myself. My first project was a bag for a friend. Anyone who knits, crochets or sews always has a stash of oddments and I am no exception. Armed with a pre made canvas bag left over from last year’s shopping bag making jag, lots of little bits of coloured wool, some fabric scraps and buttons, I made a Sophie Digard style patchwork bag. My friend loved it, or at least she said she did. Next I bought some fancy wool and made a bag for myself. Then a scarf… People kept asking me if I’d thought about making things to sell. While this seemed like it might be a good idea on the face of it, the cost of materials and the time taken to actually knit or crochet something meant this wasn’t quite as simple as it sounds. Maybe I’d just stick to making things for the joy of it or to give to my friends.

Then Pintrest led me down a different path. One day when I was browsing, looking for ideas, I came across some really amazing paper mache balls. They looked almost organic. A bit of googling, a trip to buy balloons and glue and I was soon making my own, mostly from the junk mail the postman kindly kept putting through my door. The paper mache was so much fun and the junk mail pile so huge, I started to think about other things I could make from paper mache. My next project was a series of boxes. Poor Commando had a lot of mess to put up with but at least I was recycling and the boxes I made were quite useful for storing things like my collection of cotton reels. The idea of recycling really appealed to me and the more I looked into it the more interesting it became. Then a jumper accidentally washed on a hot wash and ruined turned me in another direction. Last year I experimented with felting to make myself a bag from some alpaca wool I had. It had turned out quite well and was surprisingly waterproof. The jumper I’d accidentally felted became a pair of gloves and, along with another jumper I bought from the charity shop, a bag. Everywhere I went people asked me about my bag and gloves. When I told them I made them from some old shrunken jumpers they were astonished. Everyone loved the idea of recycled clothing and  again and again people told me I should make these things to sell. The more I thought about it, the more it sounded like a plan. All this began to remind me of an amazing lady I met when I was working at Silver Helm. Her name was Basia Zarzycka and she owned a shop in London. Arabella and I went there to interview her for a job as a guest speaker on the ship. Her shop was like an Aladdin’s cave of wonderful things she had made, mostly from recycled or repurposed items. At the time I was quite inspired to try making things myself but my job was too hectic and I never had the time. Now I do so, for the last couple of months, I’ve been scouring the charity shops for jumpers I can felt, scarves I can rework and anything else I can recycle.

Apparently, every year in the UK around a million tonnes of textiles are thrown away. They end up in landfill and even the natural fibres like wool and silk take decades to decompose. A lot of these fabrics could have been reused with a little imagination, not only reducing waste, but also preserving the resources used to create new materials. All in all, making nice things out of old things no one wants any more seems like a very good plan so, when I’m not walking or writing, that is exactly what I’m doing and I guess I have Mother, my friends and Sophie and Basia to thank for it.

To see more things I’ve made, or even buy some for yourself, check out my Etsy Shop.

4 thoughts on “The joy of making things”