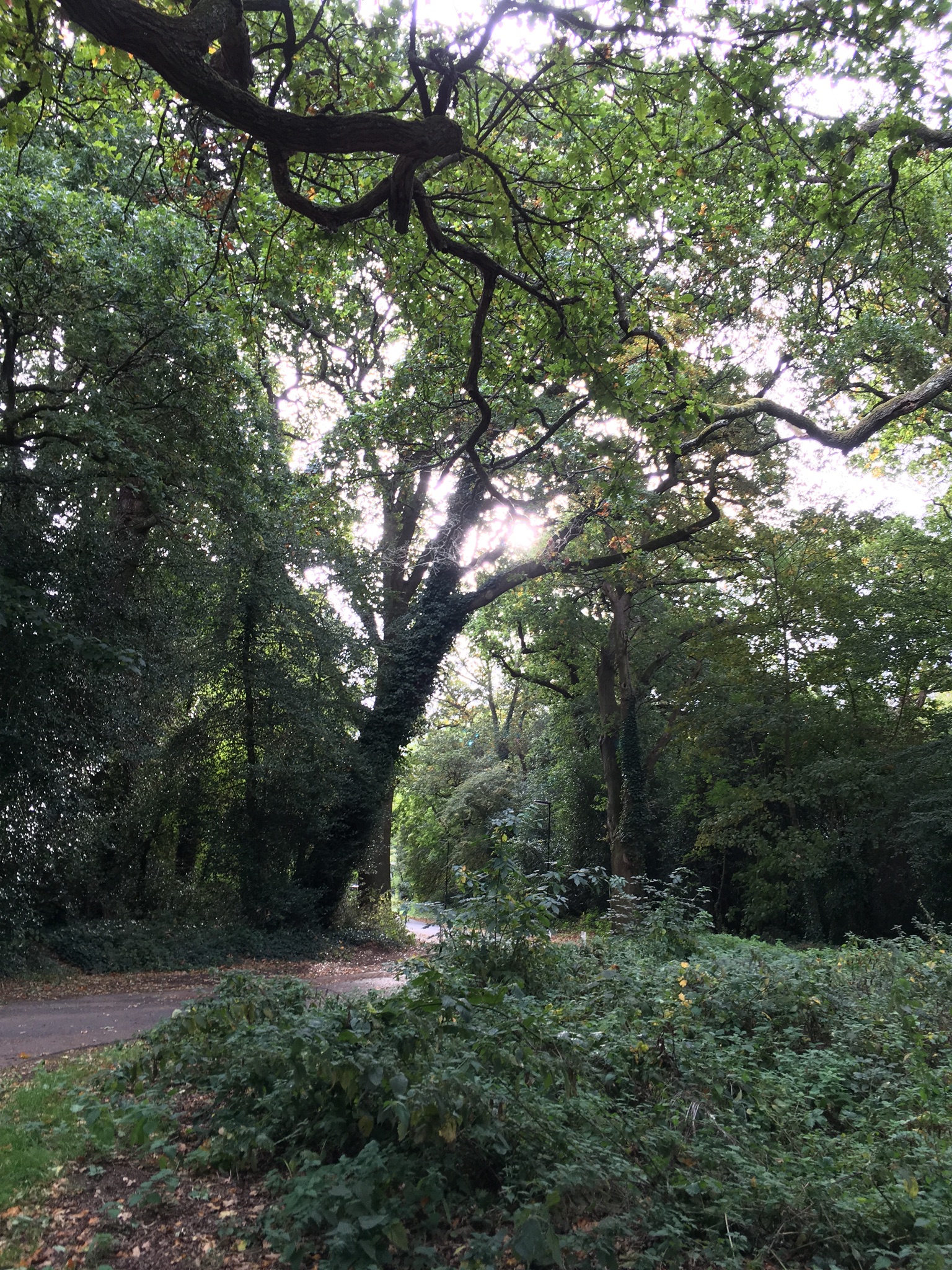 It was one of those dull mornings, with a uniform layer of steel grey cloud blotting out the sun. The air held the first autumn chill and, for the first time in ages, my coat and hat came out for our early morning trip to the Common. The parkrun team were setting up when we arrived but, after a brief chat, I set off for the Old Cemetery. Today there was no particular mission, just a need to be alone with my thoughts.

The cloudy sky provided an eerie light that somehow suited my unaccountably melancholy mood. Perhaps I was mourning the end of the long hot summer? The cemetery, with its sad, overgrown graves, felt like the perfect place to walk off my sorrows. Slowly I strolled along one of the many grassy paths, past rows of weathered gravestones. The dead, resting beneath most of them, have been long forgotten and wildflowers are all that adorn their graves. 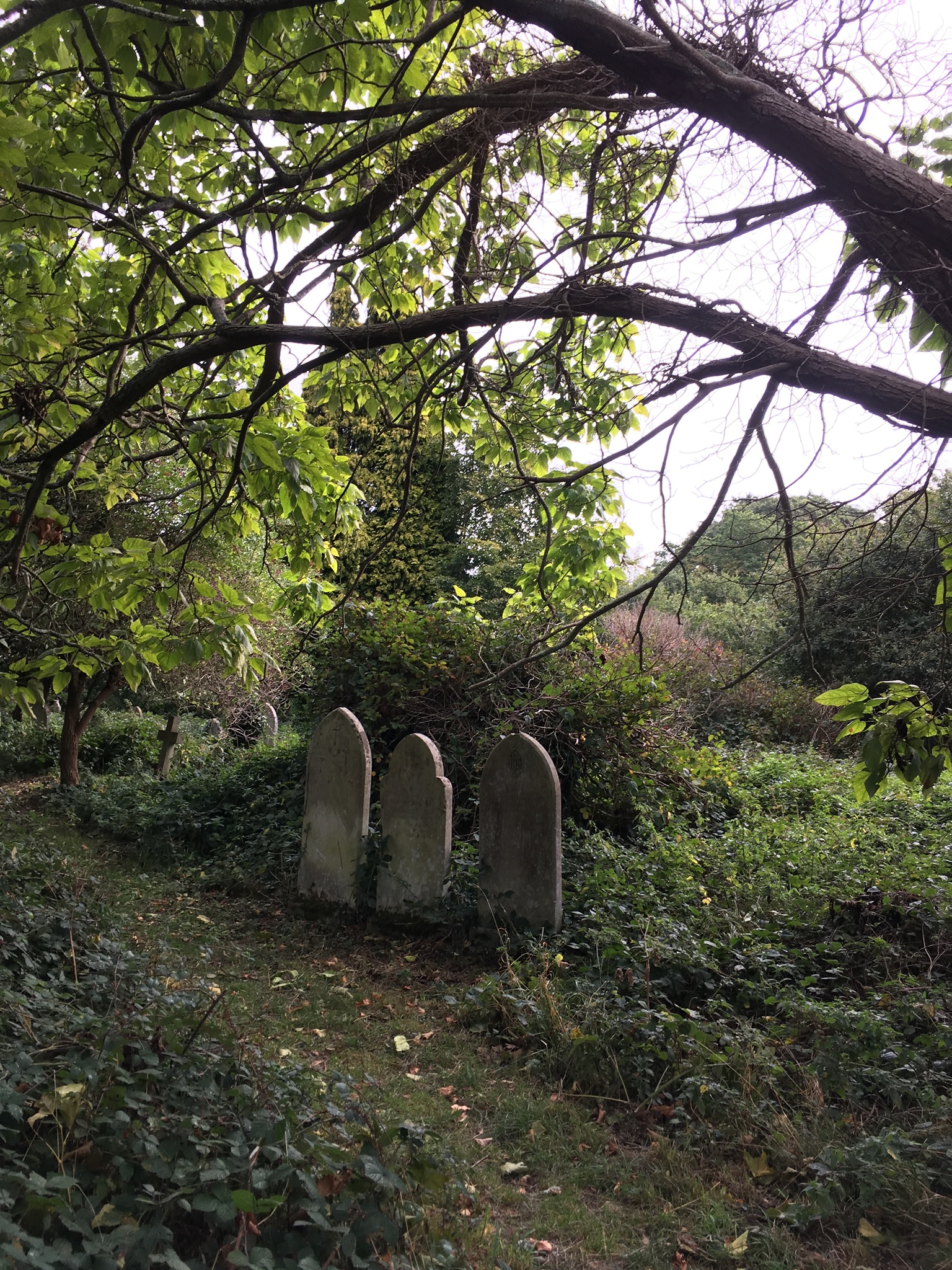 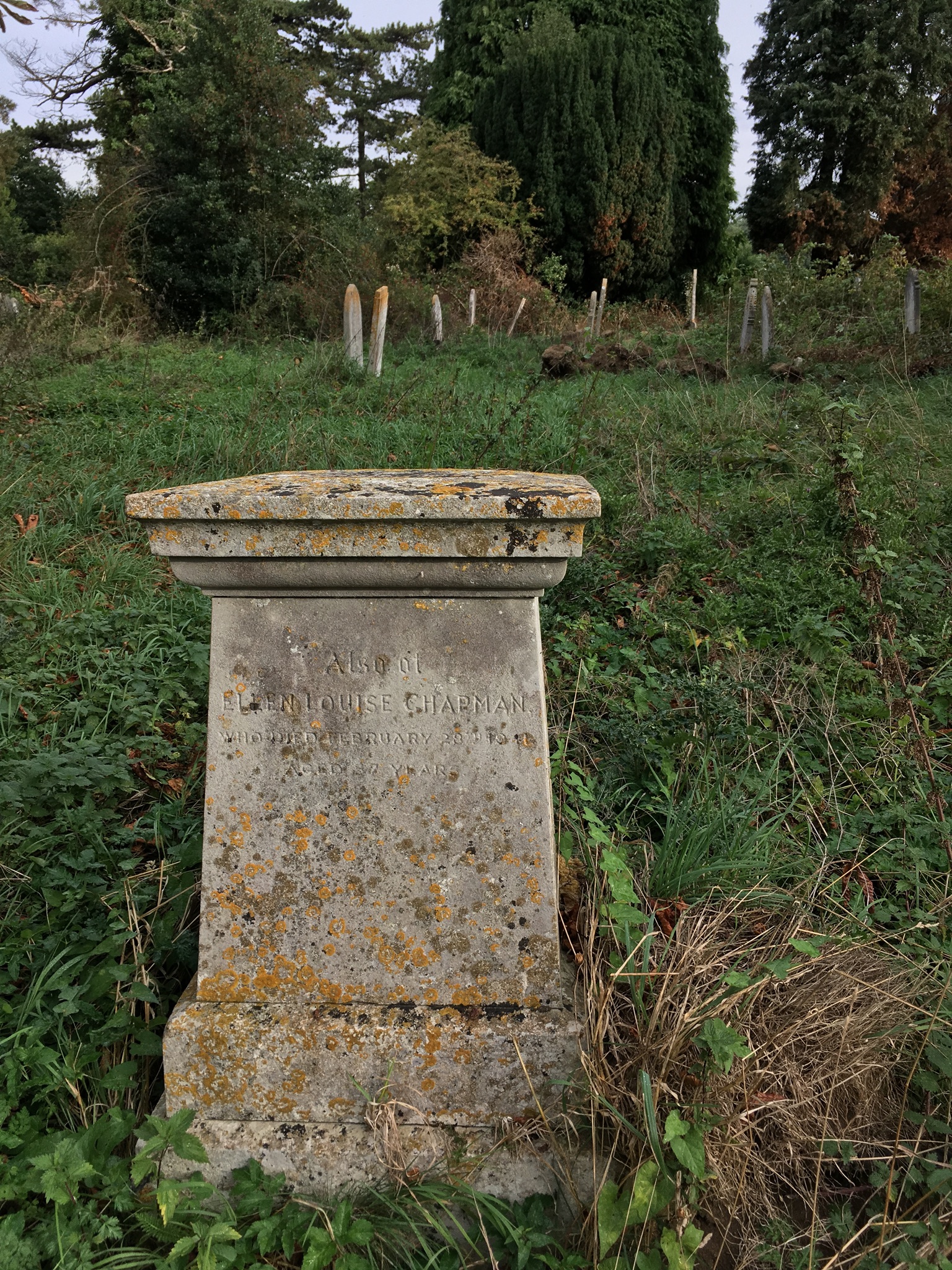 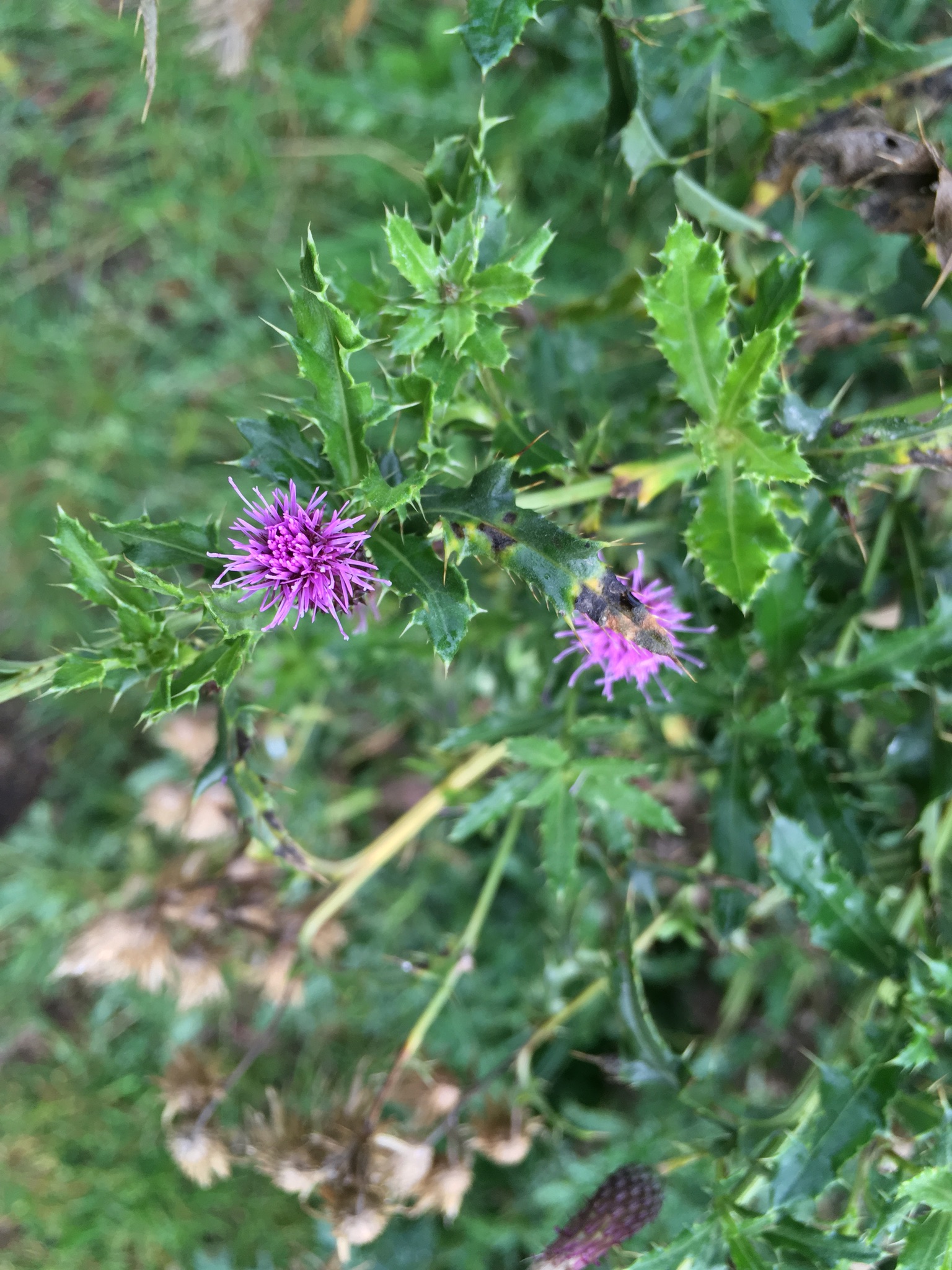 The long, dry summer has taken its toll on the trees. As I made my way between the graves, I came upon some that look as if they may not survive. Leaves have dried up and fallen long before their time and even some dried out branches have cracked and broken. The undergrowth has fared far better. Thanks to a little rain here and there this month everything beneath the trees is green and bursting with life. 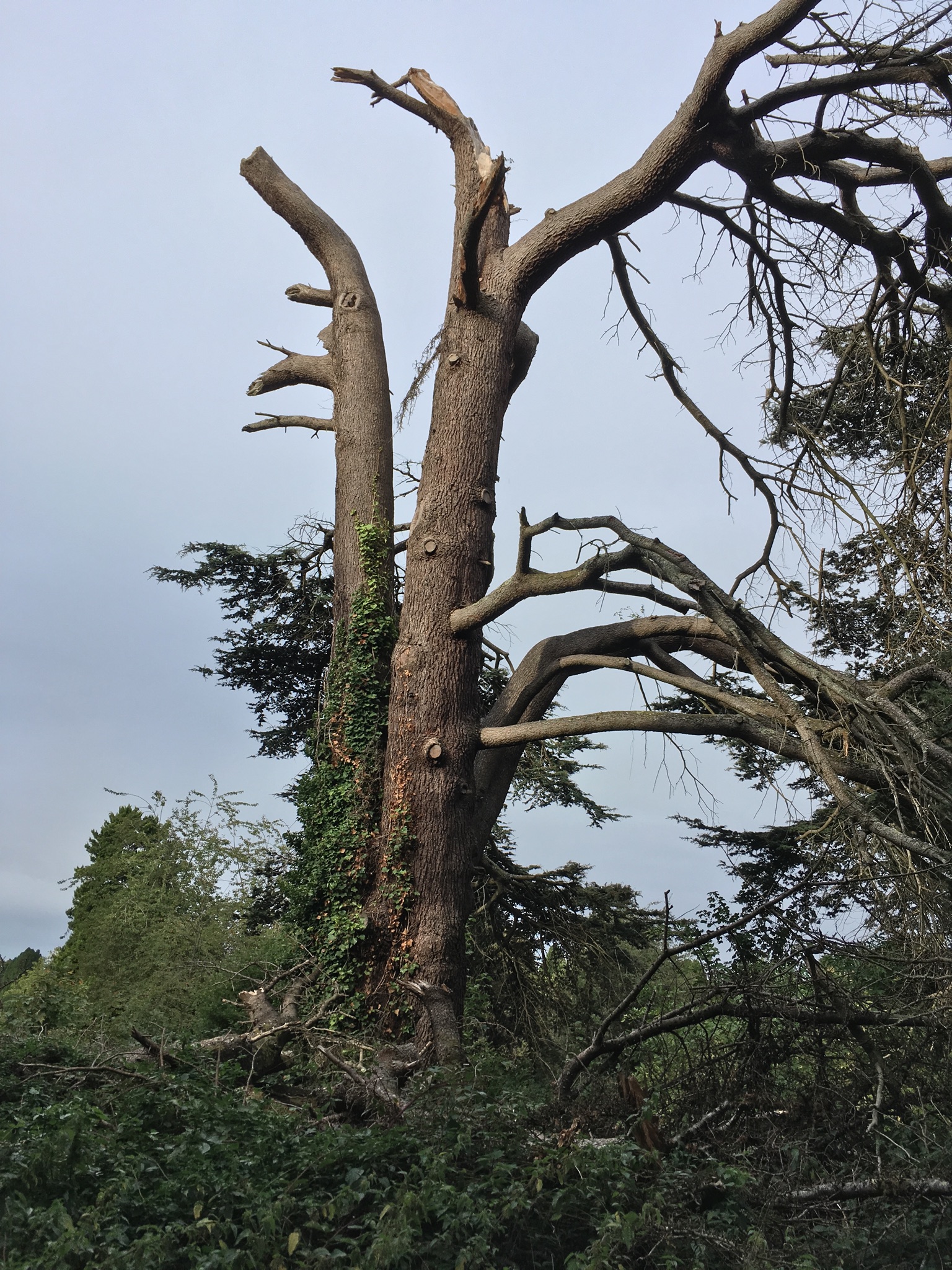 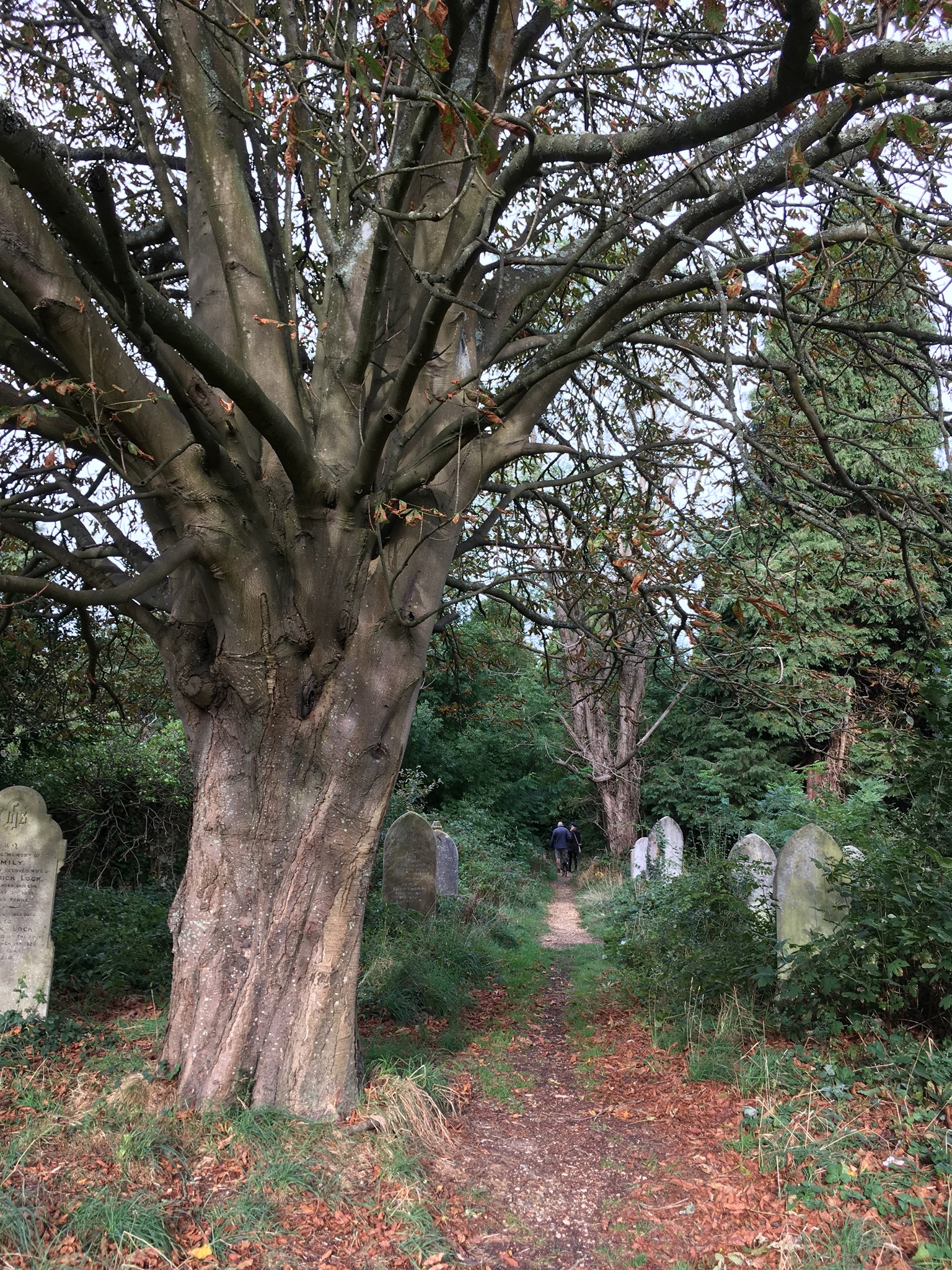 Without really thinking, I’d ended up at the area devastated by fire back in July. Much of the bare, blackened earth is now covered by lush greenery, a testament to just how quickly Mother Nature bounces back. The dips, hollows and strange mounds are slowly disappearing beneath grass and weeds and deep red rosehips adorn bare branches. In the midst of death life goes on and thrives. 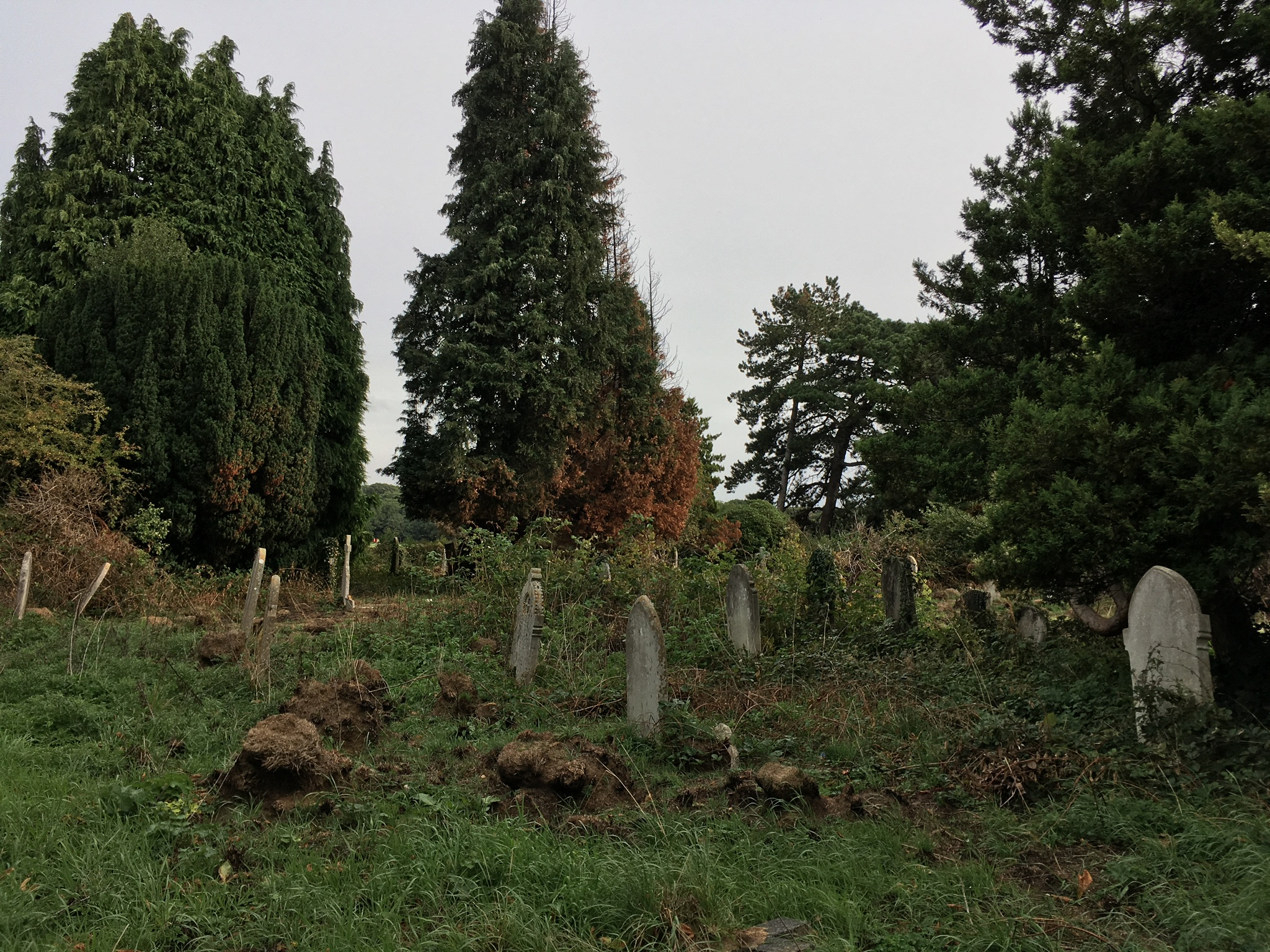 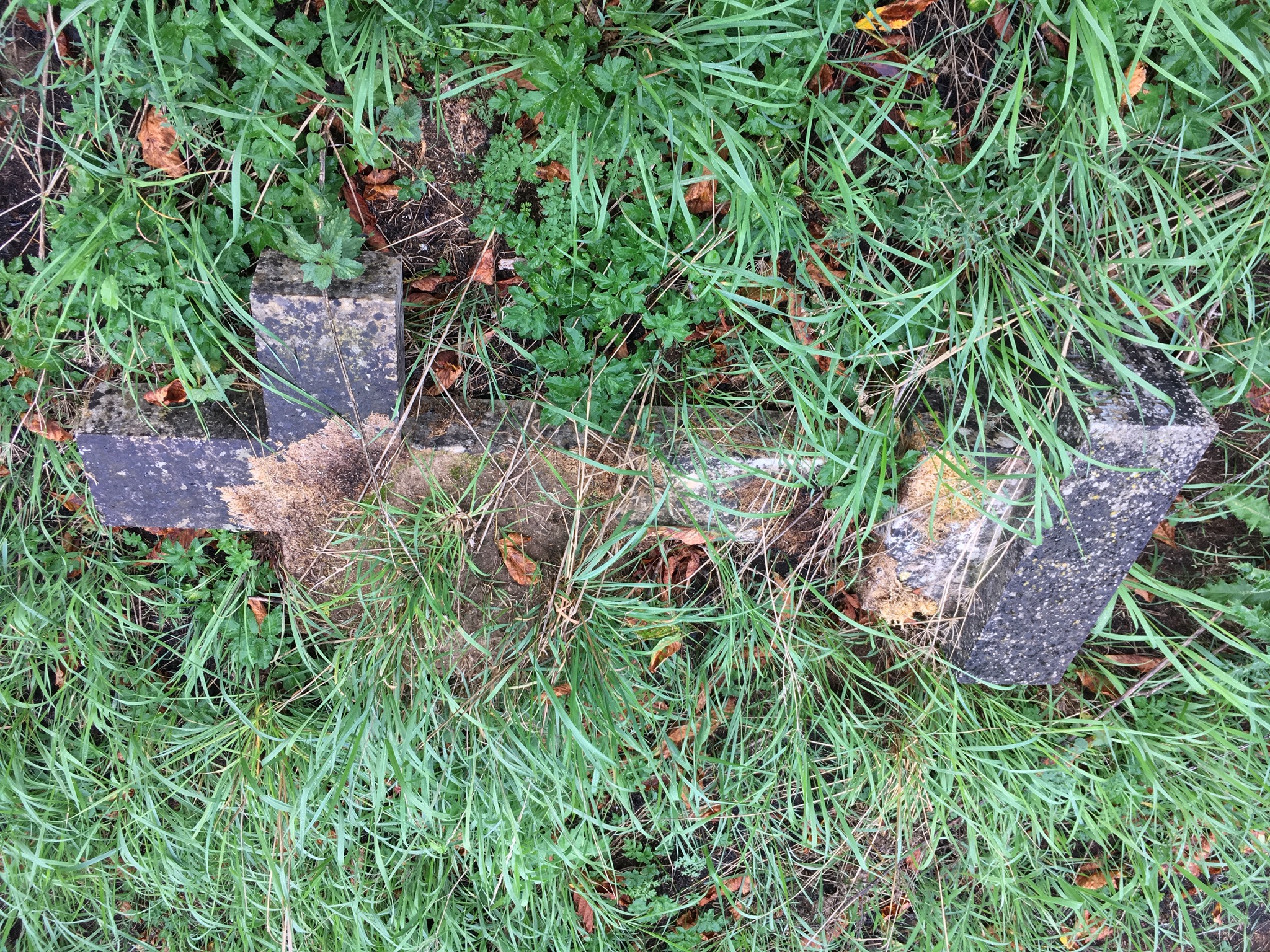 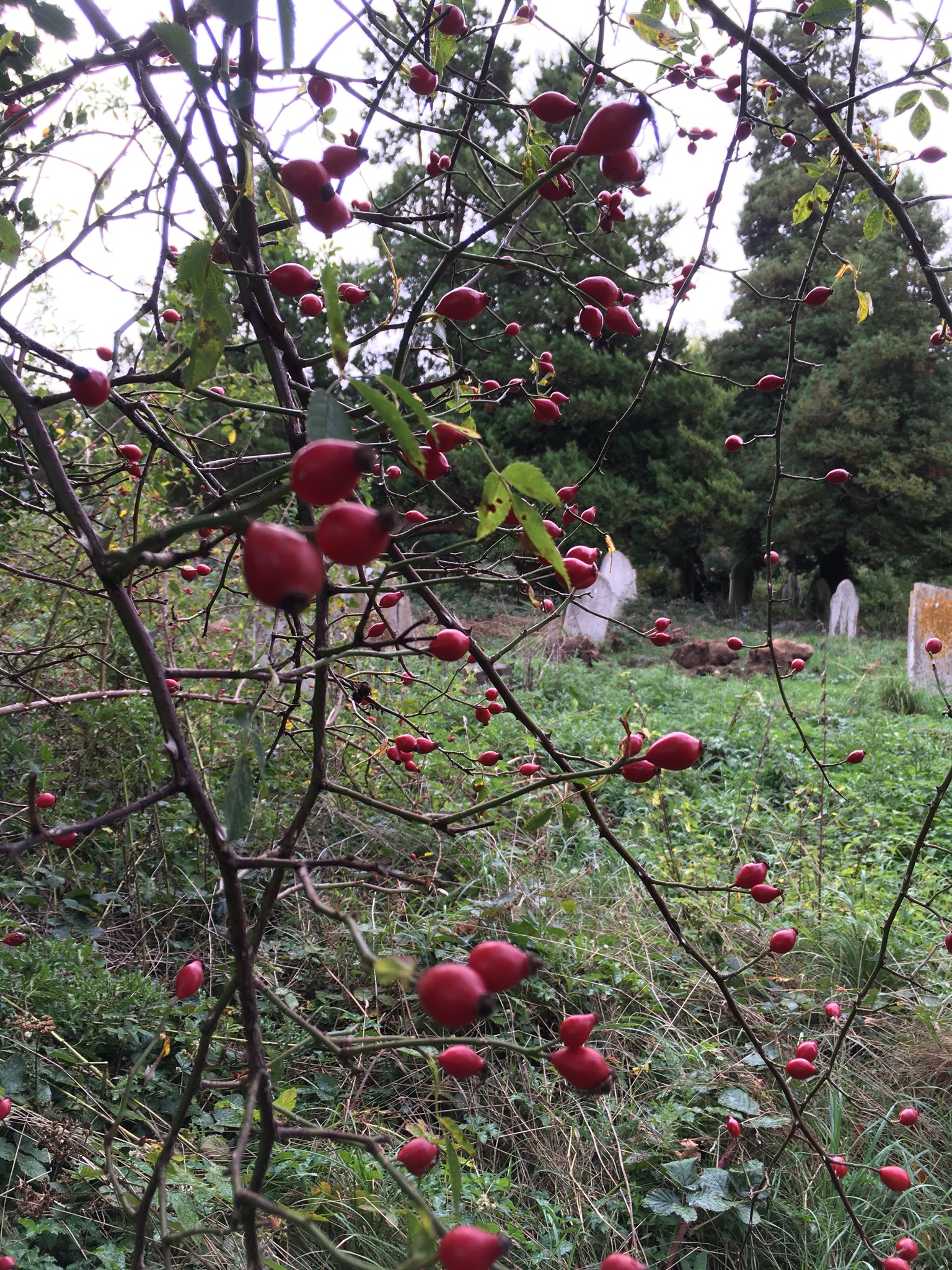 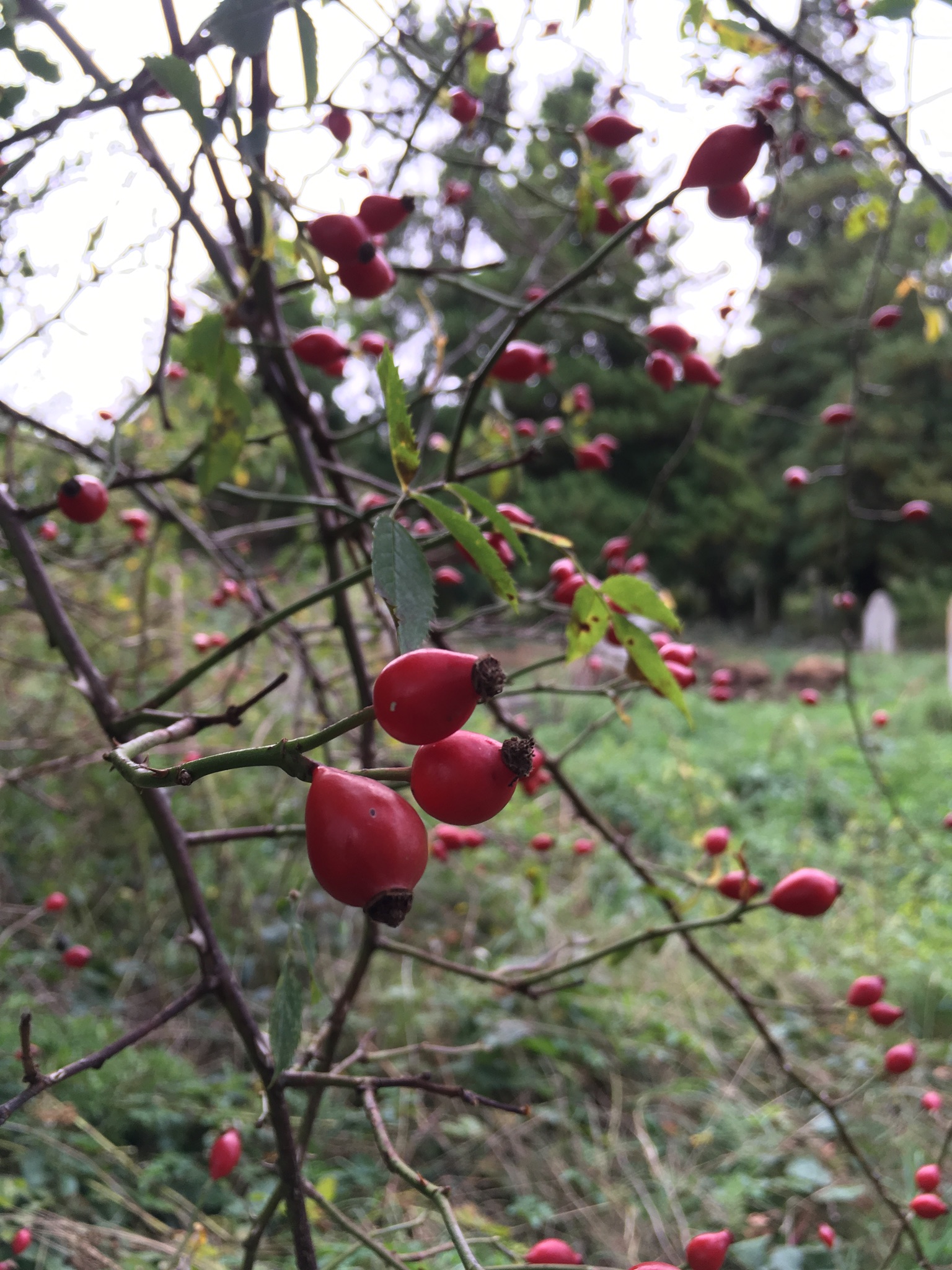 The fire, caused, according to the fire investigators, by sun shining on broken glass, damaged two Titanic memorials and one war grave. At the end of July I managed to locate one of the Titanic graves, belonging to Arthur J Rous. The war grave, belonging to Kate Trodd, and the other Titanic grave belonging to Thomas Charles Alfred Preston, had eluded me. Remembering both names I began to walk slowly amongst the graves searching for them again. 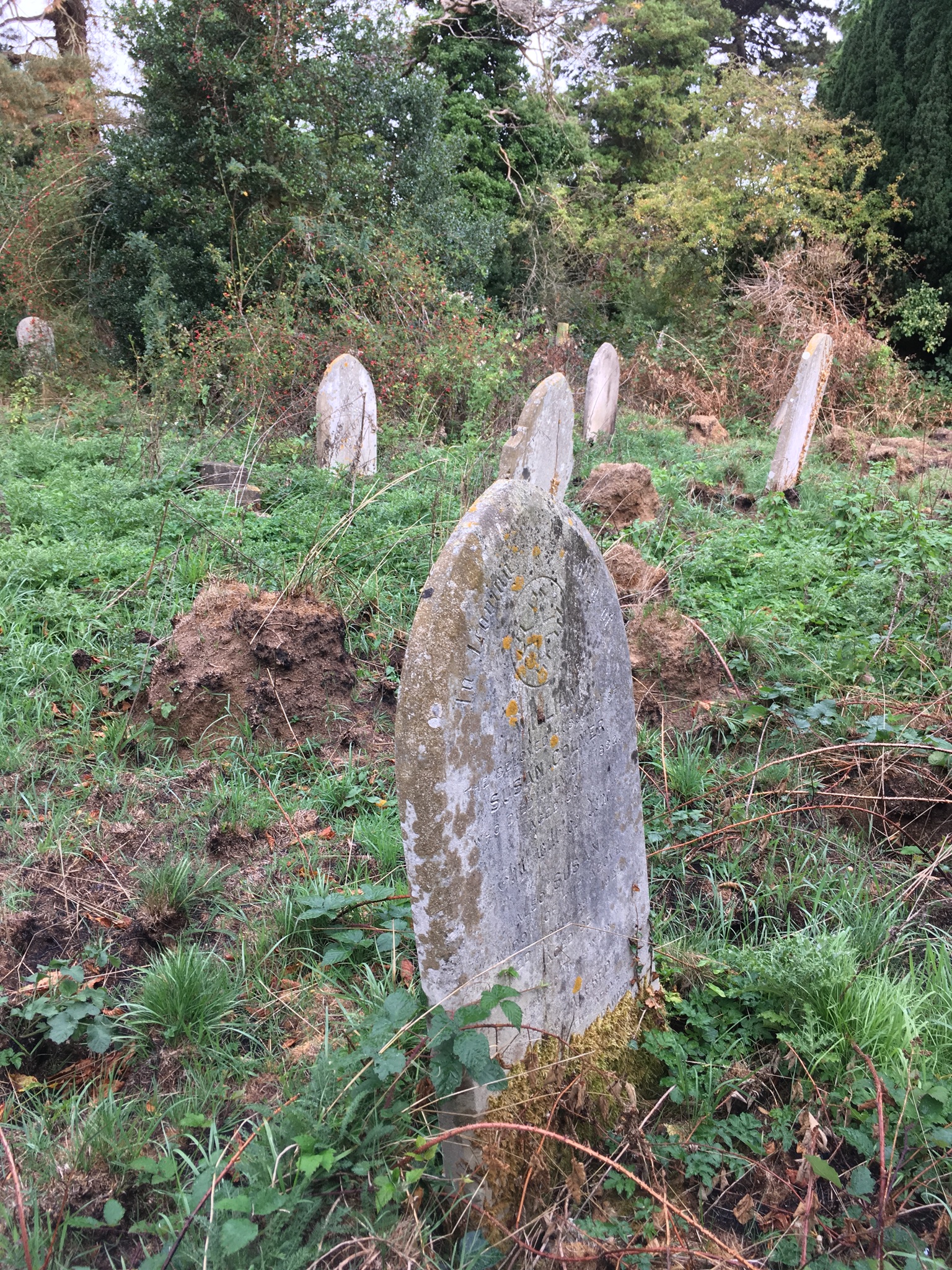 Time, lichen and the elements has robbed many of the dead of their names and stories here so finding anything legible is never an easy task. Some stones are so overwhelmed by ivy and brambles any names remaining have been hidden. Even so, I walked and stooped and read where I could. 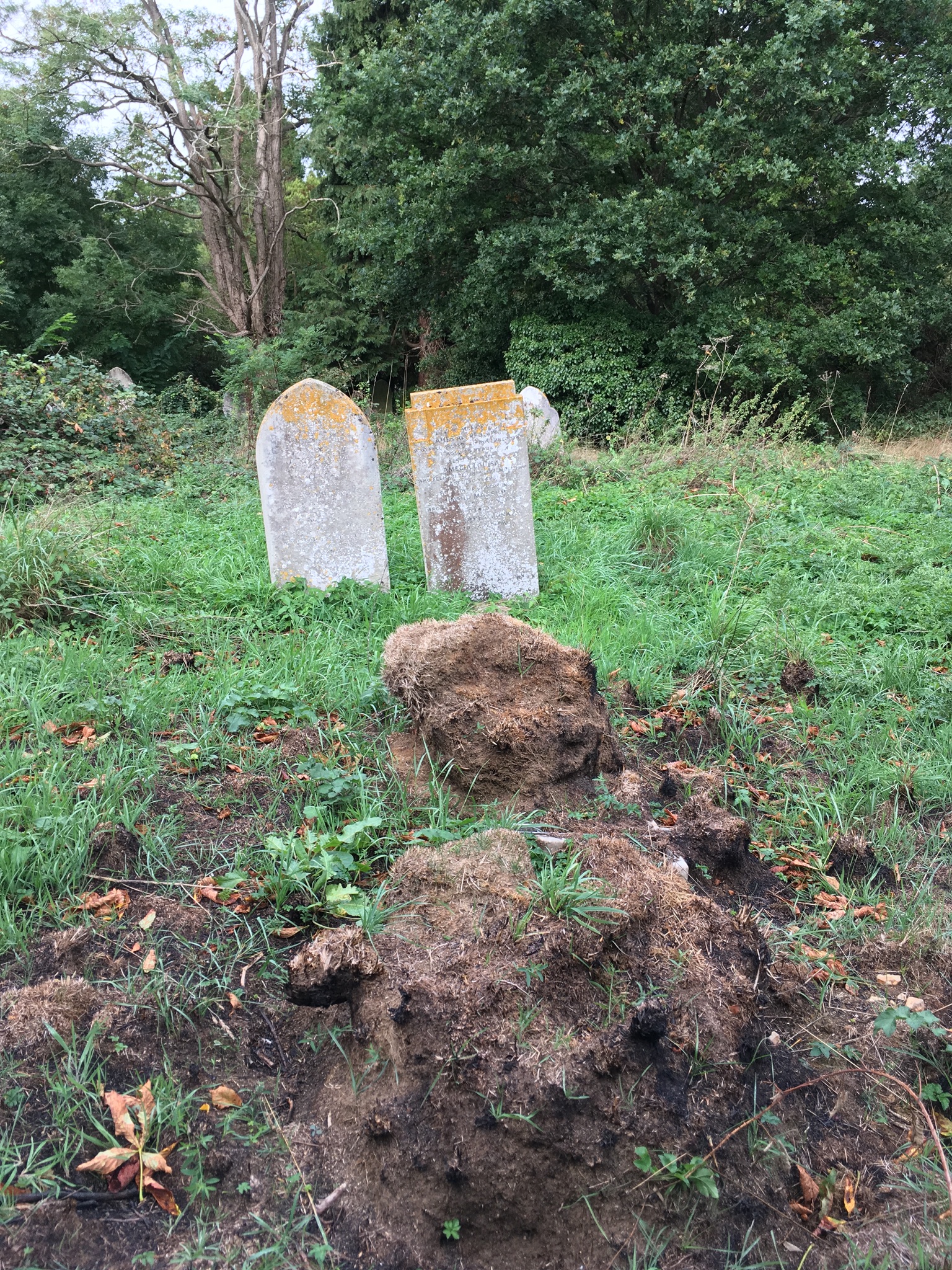 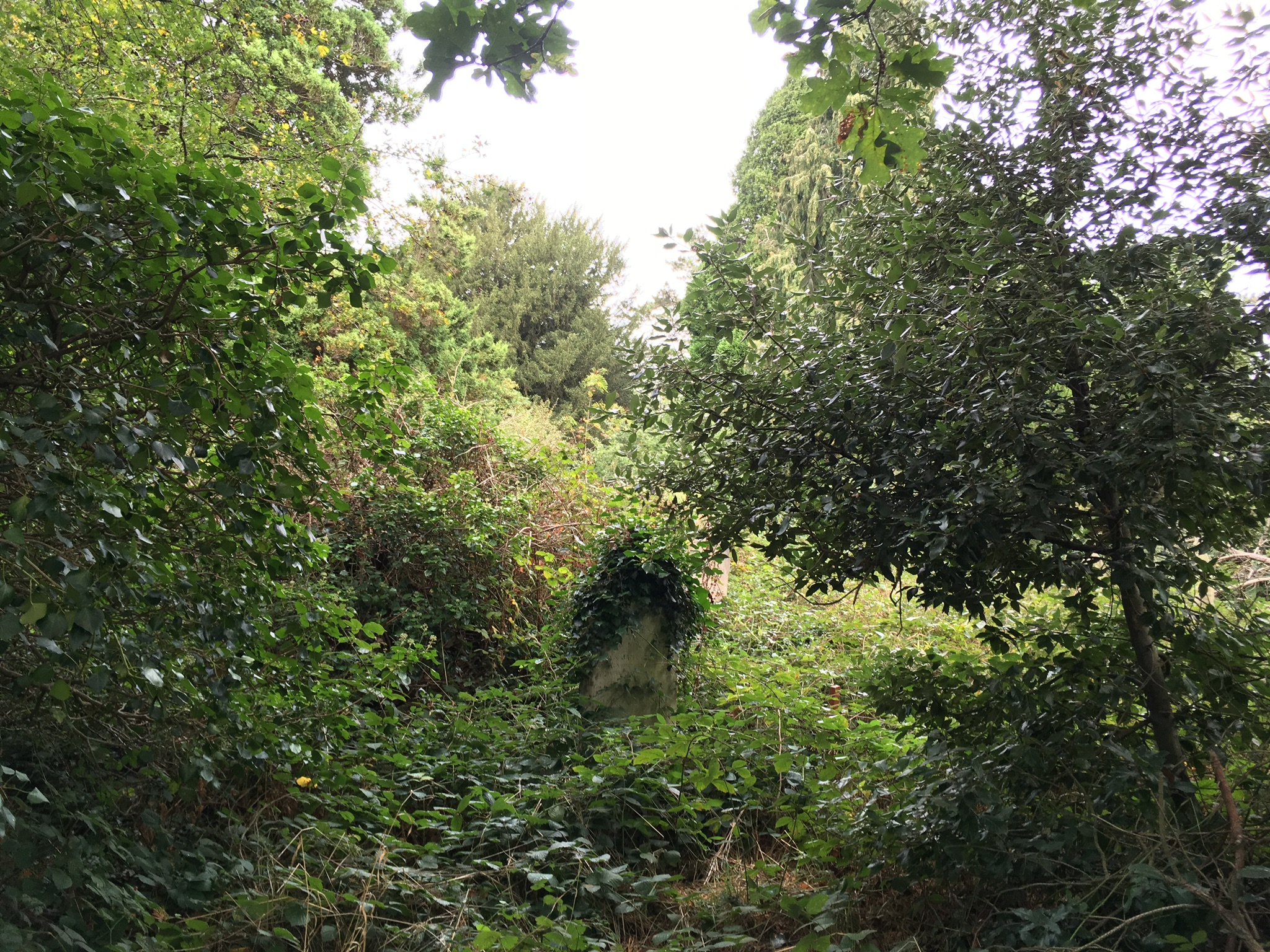 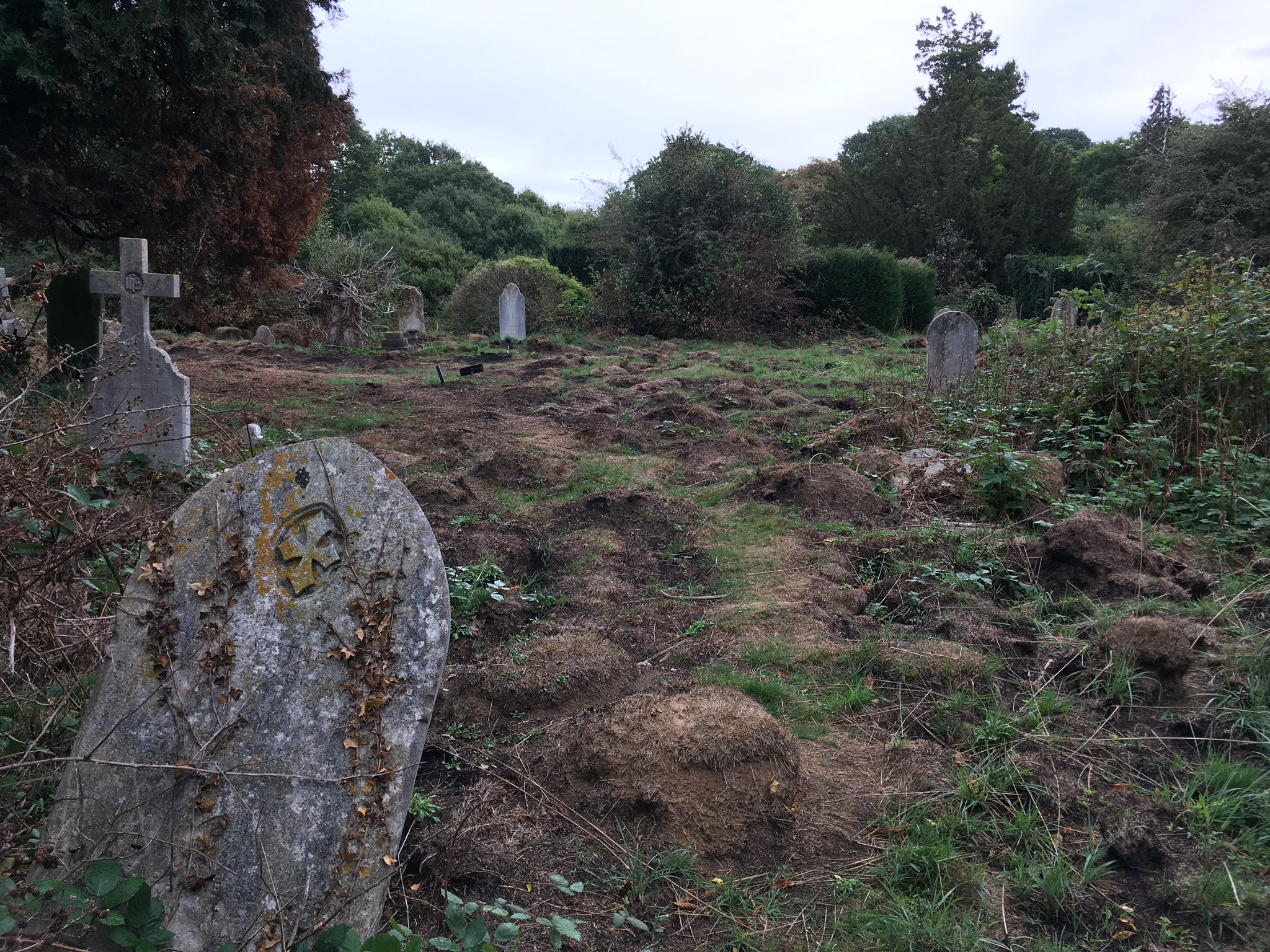 The graves here are scattered in such a random way it’s hard to be systematic. Uneven ground with bramble patches and treacherous holes, some hidden beneath the new green grass, makes walking in straight lines impossible. By necessity my route meandered this way and that. Anything I found would be purely by chance. Small reminders of the fire were all around, white stones smeared with soot, clinging ivy browned and dry and scorched trees slowly recovering. 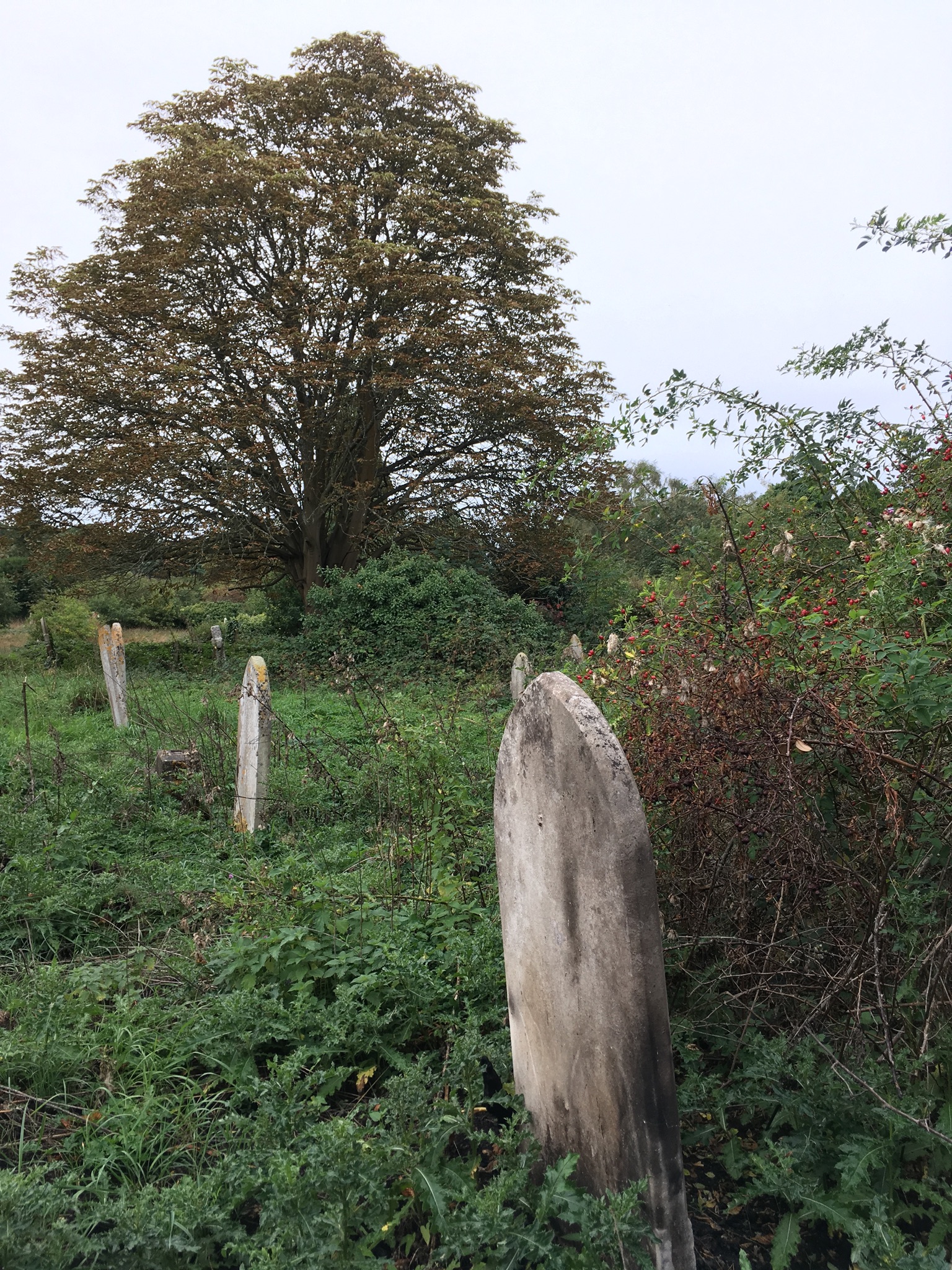 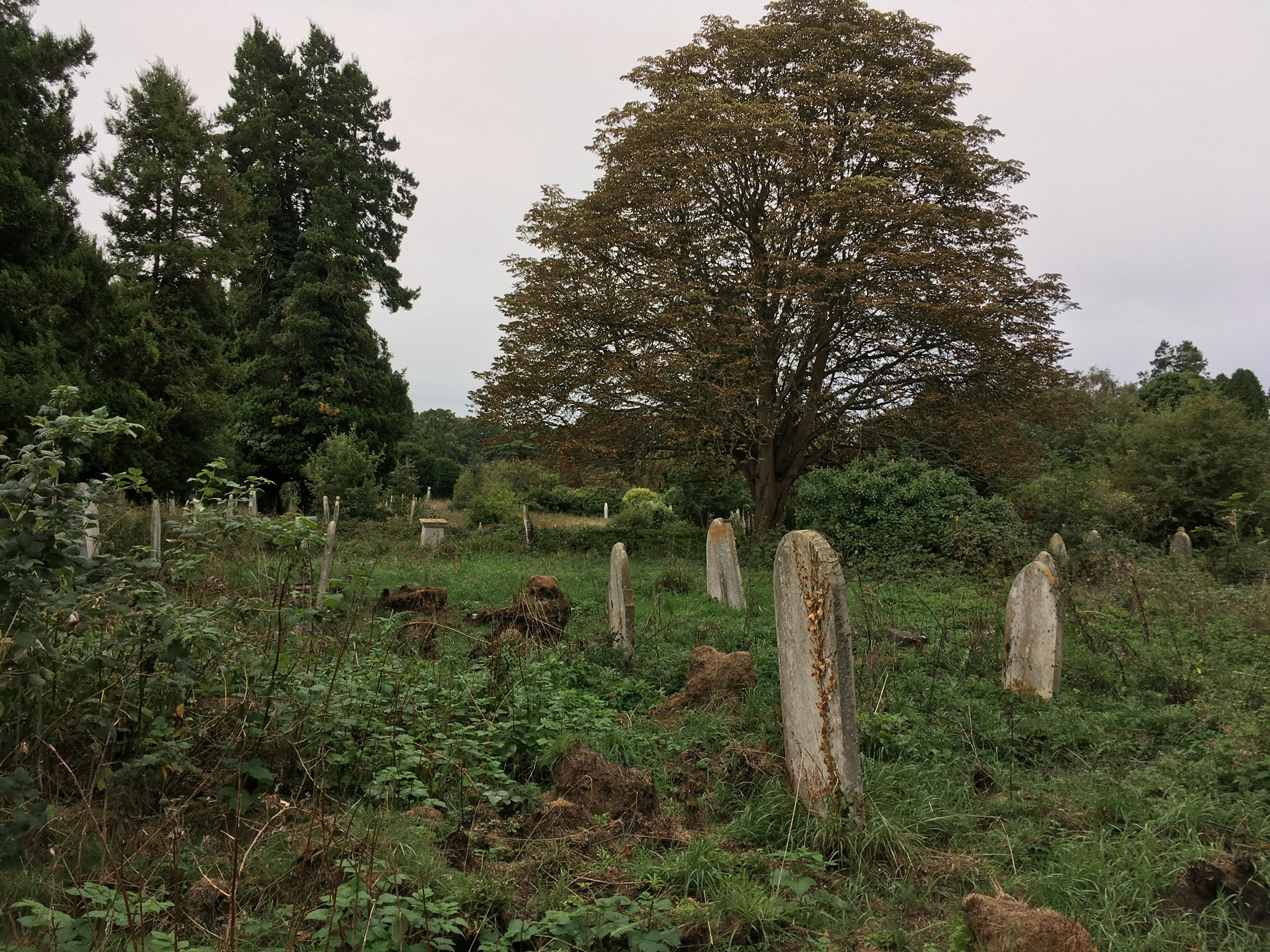 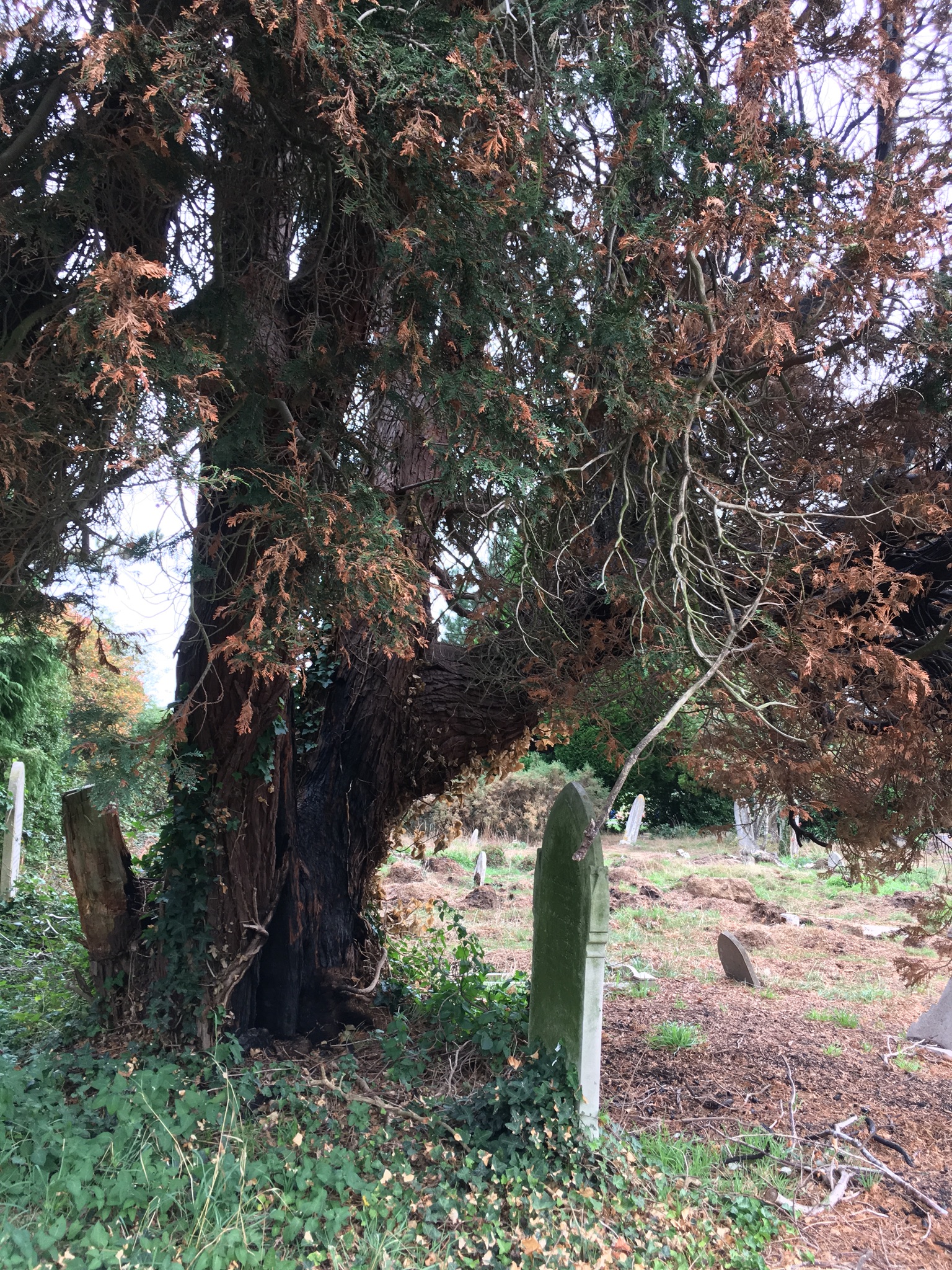 One gravestone was so covered in desiccated ivy it looked more tree than grave. Another had a large conch shell resting against it, so bleached by the sun and weathered it looked, at first, like bone. 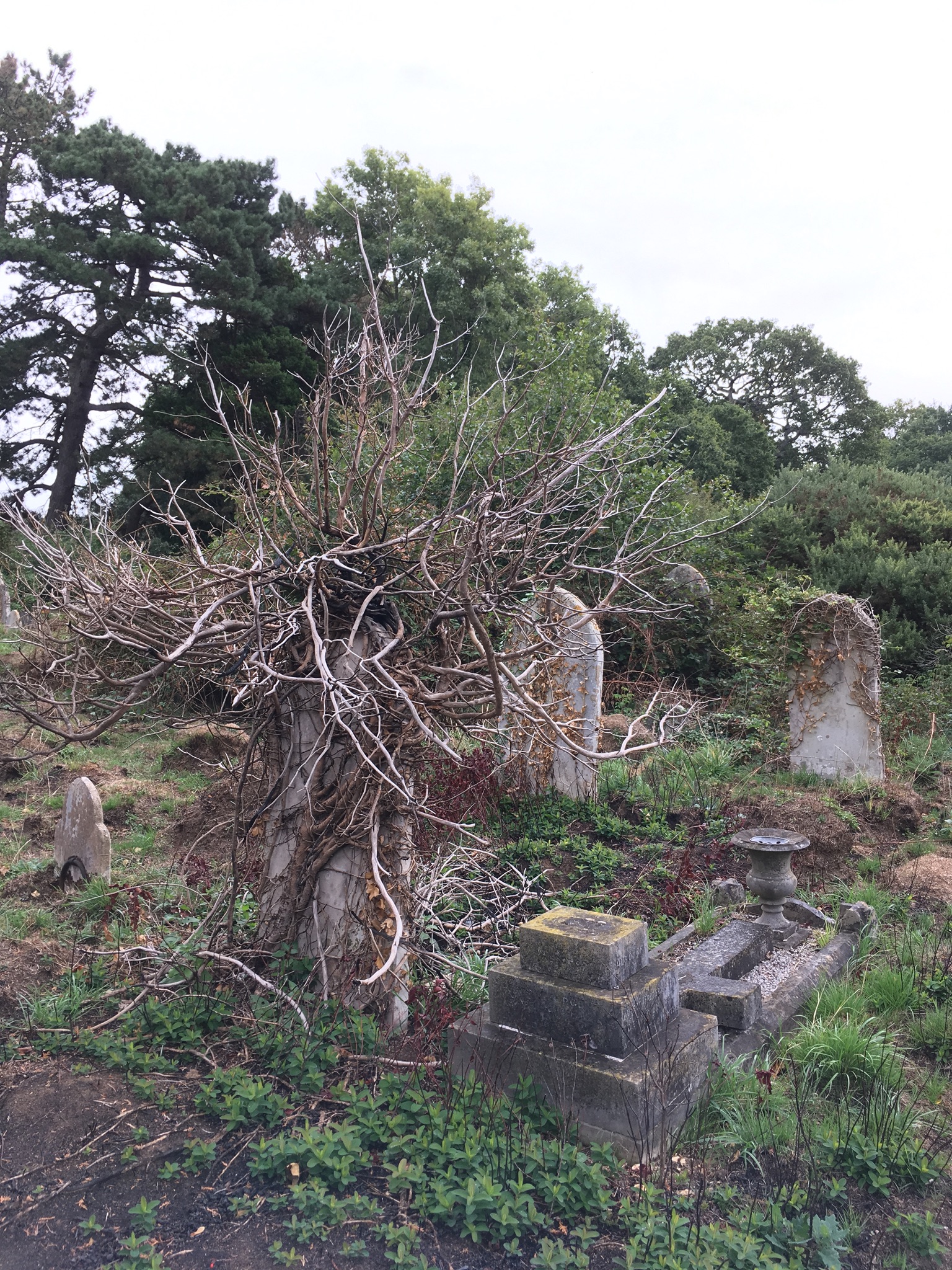 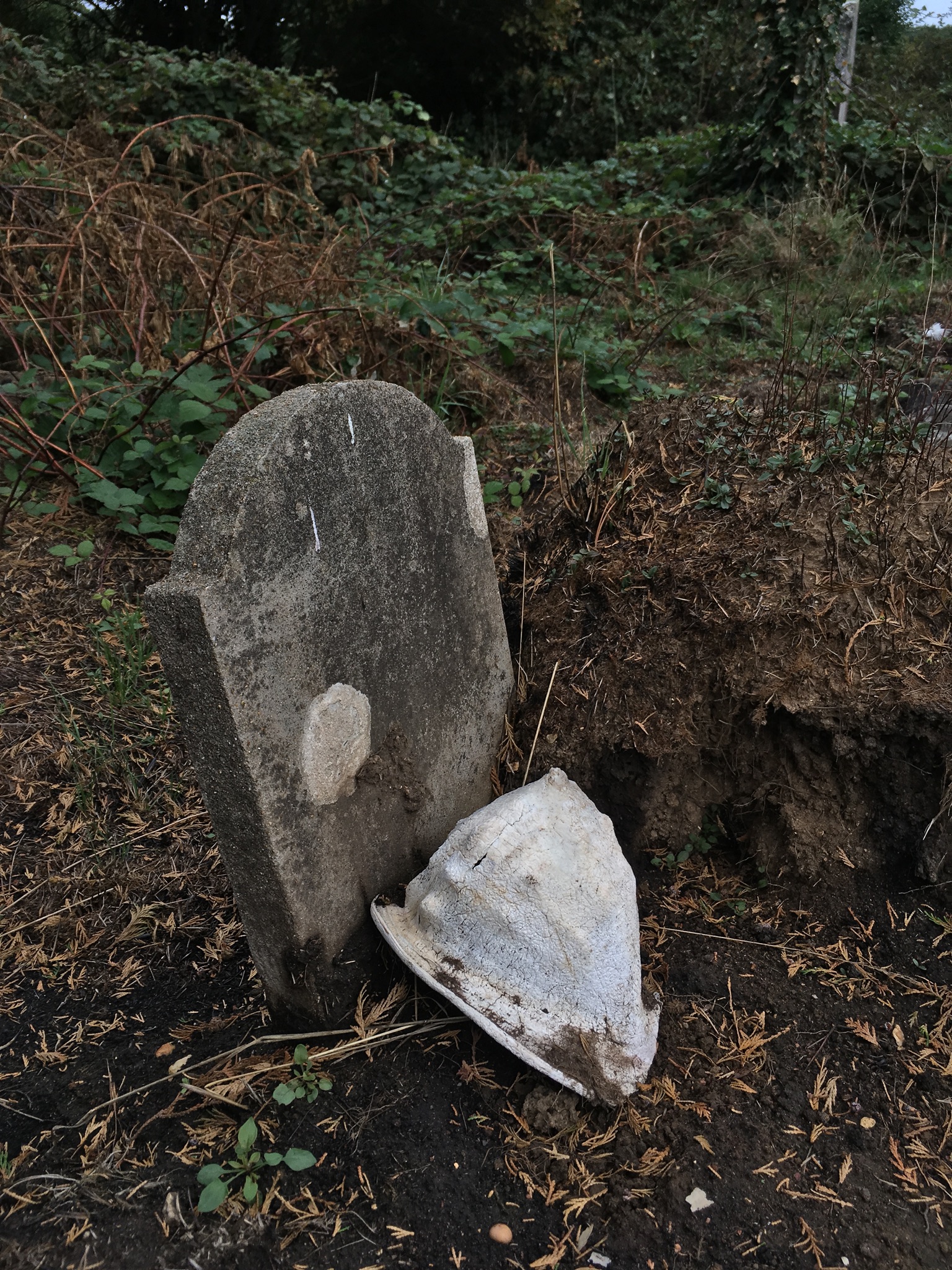 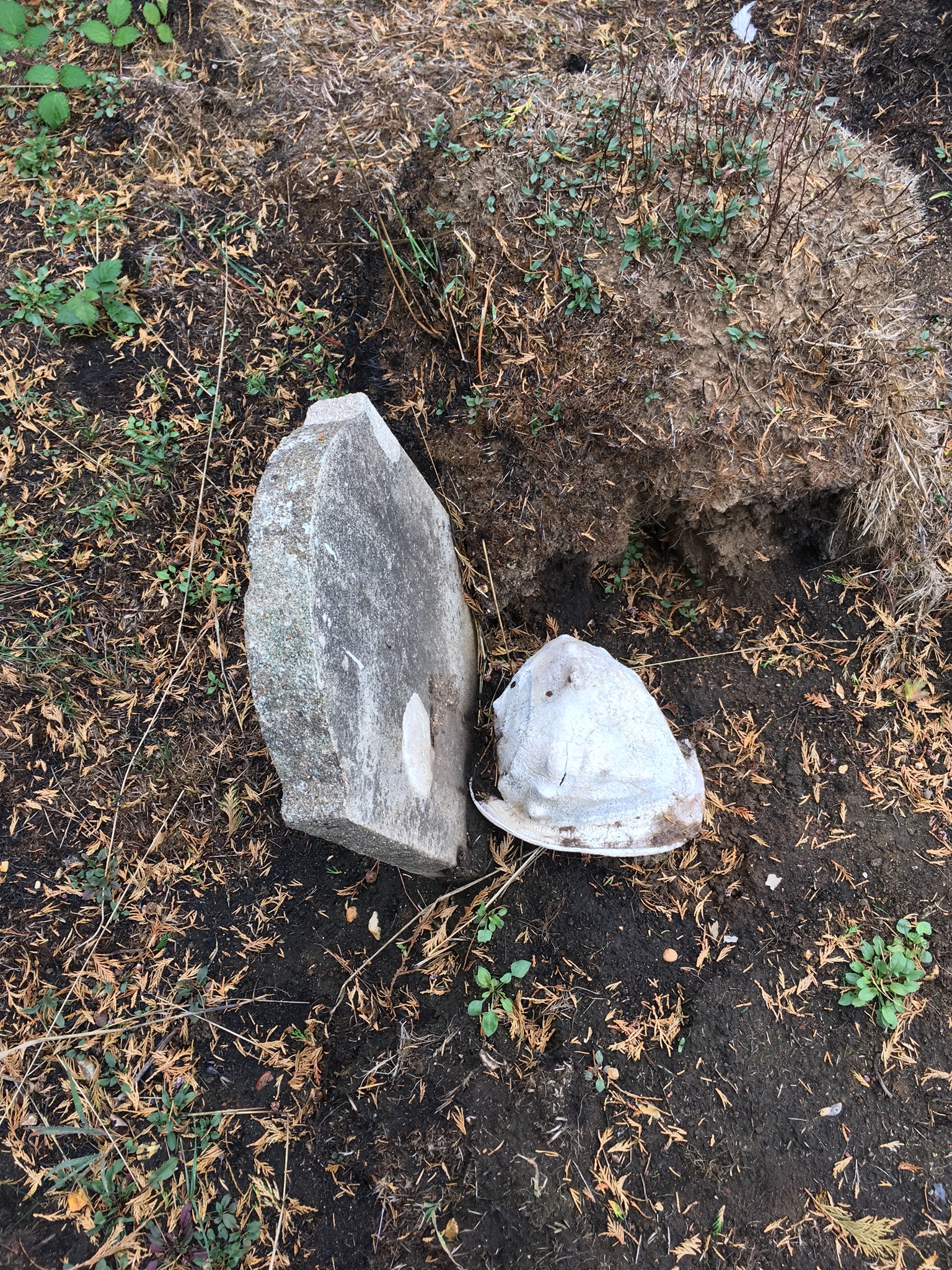 Then a name jumped out at me, Thomas Charles Preston. Could this be the second Titanic grave? My research, back in July, told me the Thomas Preston I was looking for was named on his mother’s grave but this grave belonged to Thomas Charles Preston and was dated 1902. Beneath his name I could just make out the words, ‘also of Thomas Charles, son of the above, who lost his life…’ moss and age had swallowed up the rest, apart from the number 20. 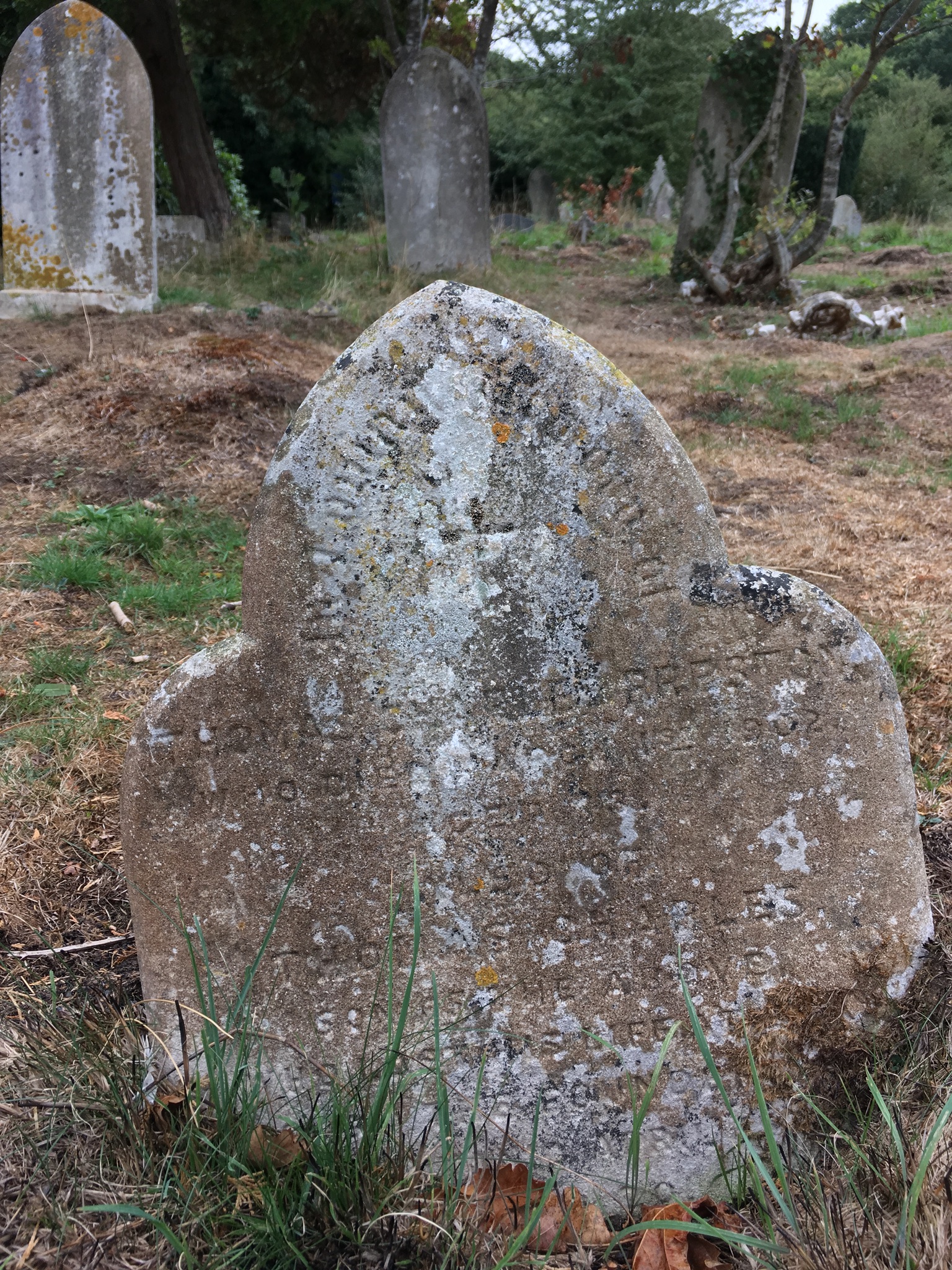 The Thomas I was looking for was born in Southampton on 1 June 1891. His father was Thomas Charles Preston from Plymouth and his mother was Annie  Mathilda Ridout from Southampton. The couple married in 1888 and had seven children. Only five survived infancy.  Thomas senior died in 1902, the same date on this gravestone.

When young Thomas signed on to the Titanic as a trimmer, he was living in Millbank Street, Northam. He was lost with the ship and his body was never recovered. He was just twenty years old. The number twenty at the bottom of this stone convinced me this really was his memorial, even though his mother, Annie, was not, as far as I could see, mentioned. Poor Annie died in September 1912, aged just forty seven. Perhaps the loss of her eldest son in such tragic circumstances played a part in her untimely death? Her four remaining children were orphaned and left depending on the Titanic Relief Fund for their survival. 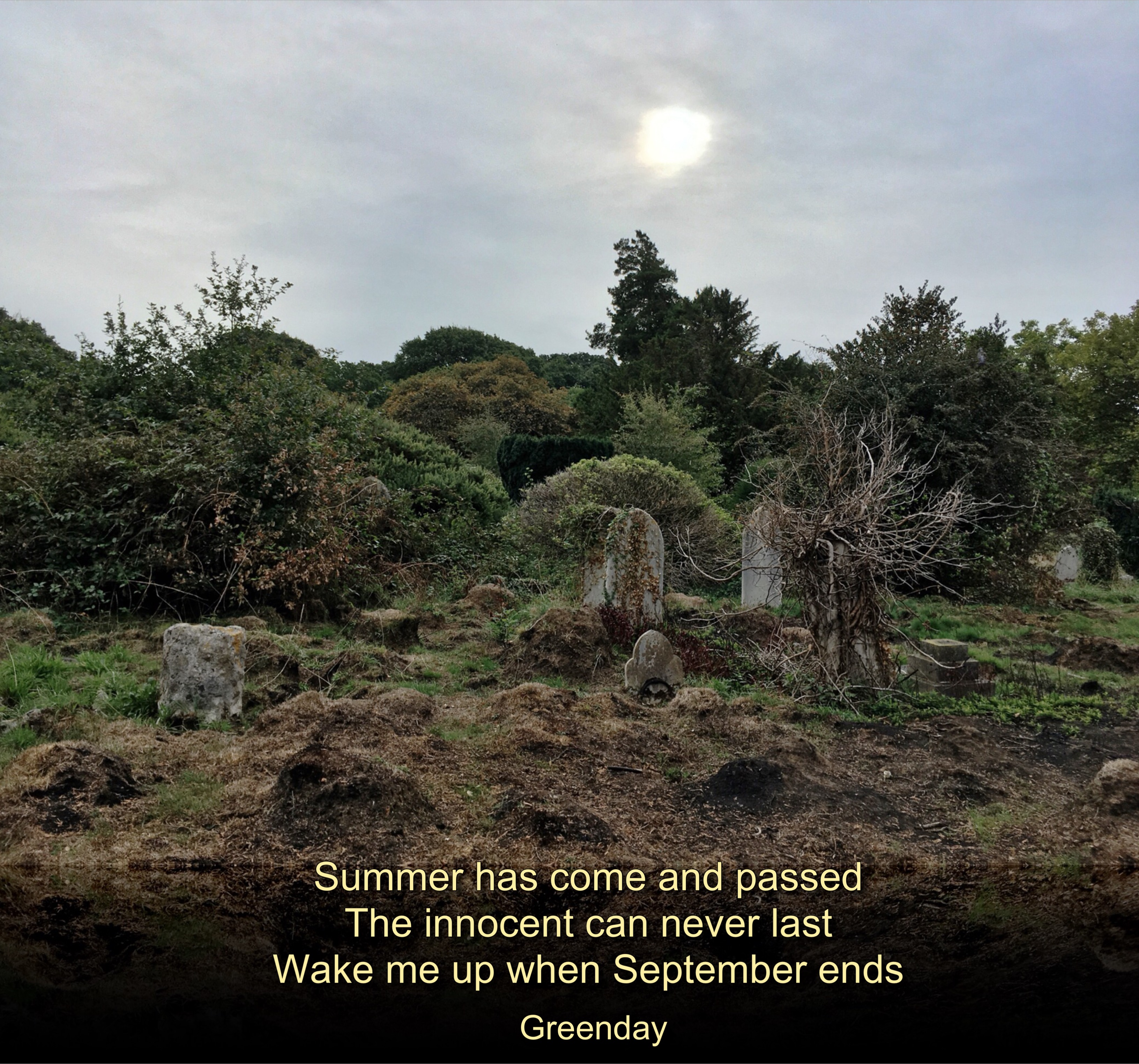 As I left the humble little gravestone and began to head towards the cemetery gate the sun was trying hard to burn through the clouds. The morning had begun with a gloomy sky and a somber mood but, seeing the way that nature was reclaiming the burnt ground and finding the grave had beaten my inner gloom. 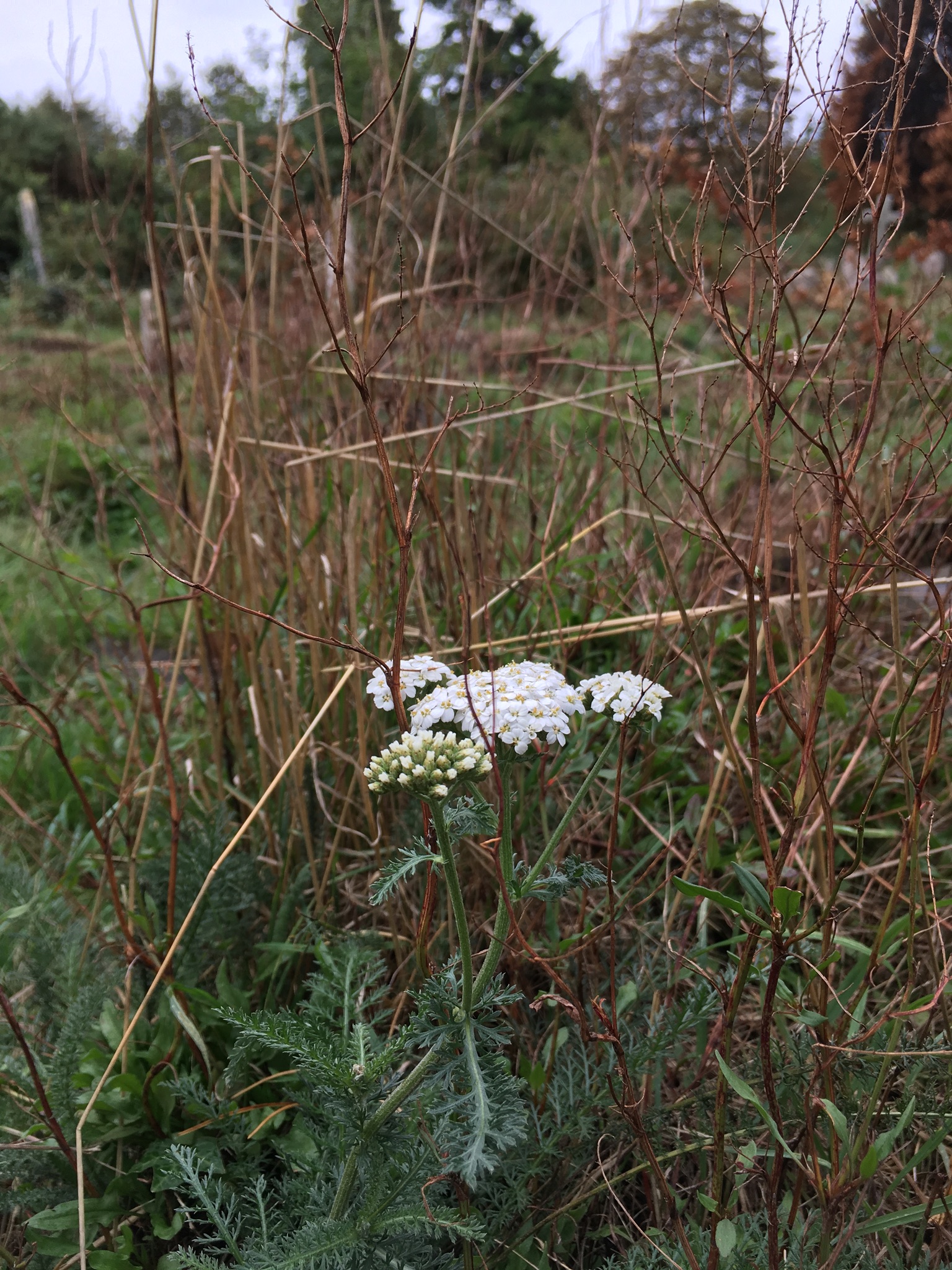 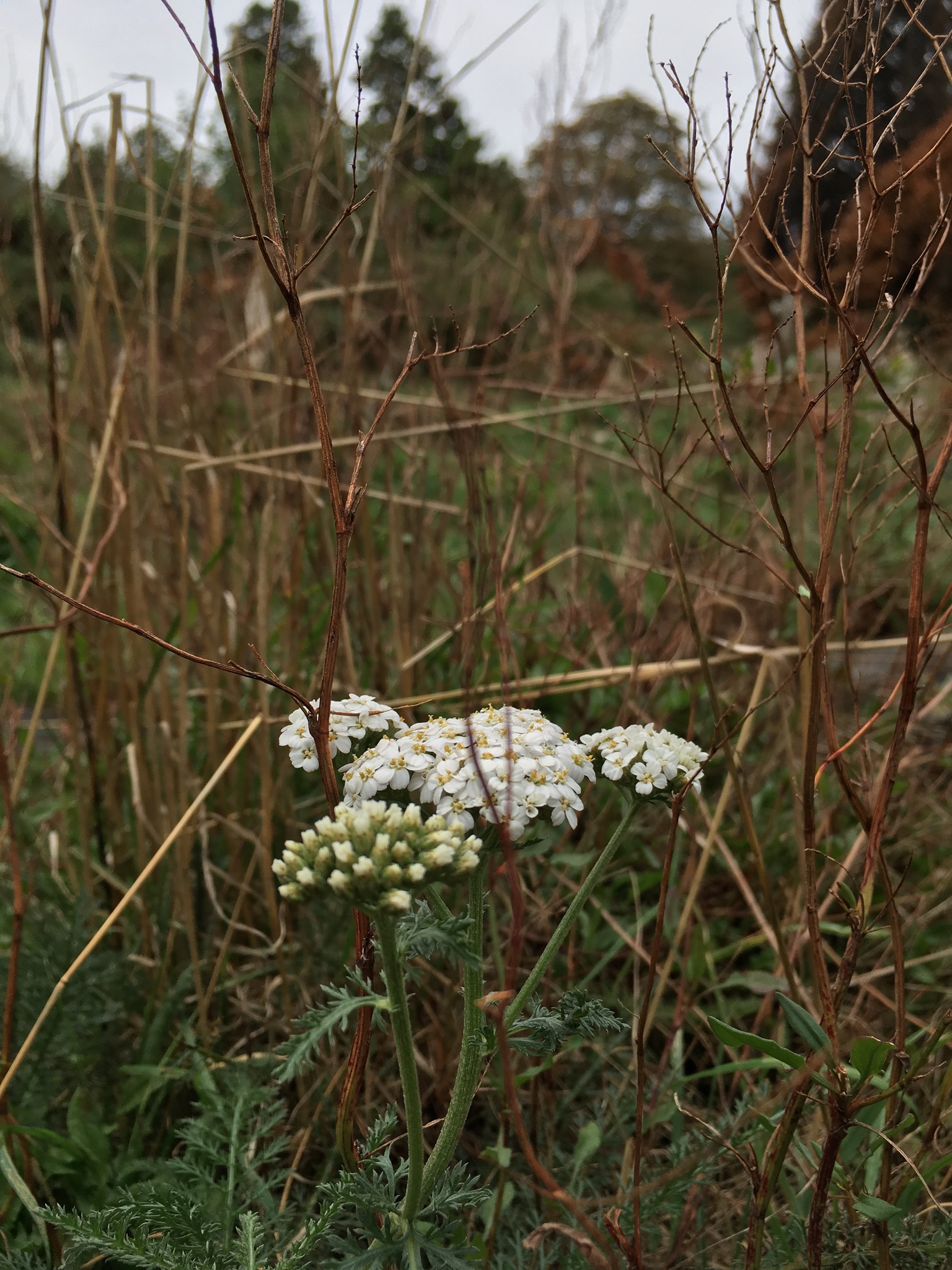 As I walked towards the gate there was one more thing to make me smile. Right at the beginning of the path there is a notice board where the Friends of the Old Cemetery post about events. Today there were no notices but the strange light had turned the glass on the board a most beautiful shade of blue. It caught my eye as I rejoined the main path and, as I stared at it, I saw a ghostly image walking towards me. For a moment my heart beat a little faster, then I realised the ghost was just my own reflection. 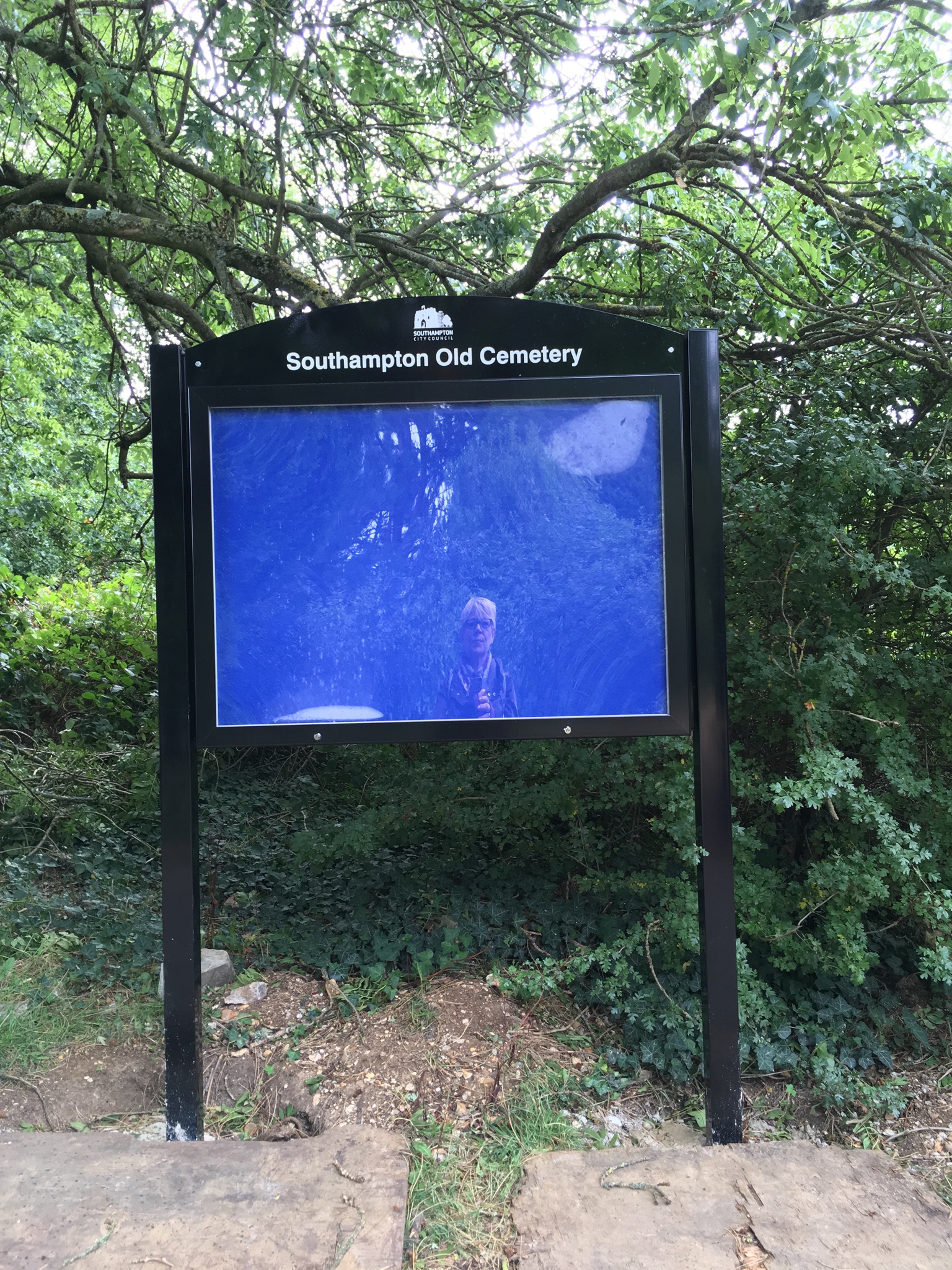 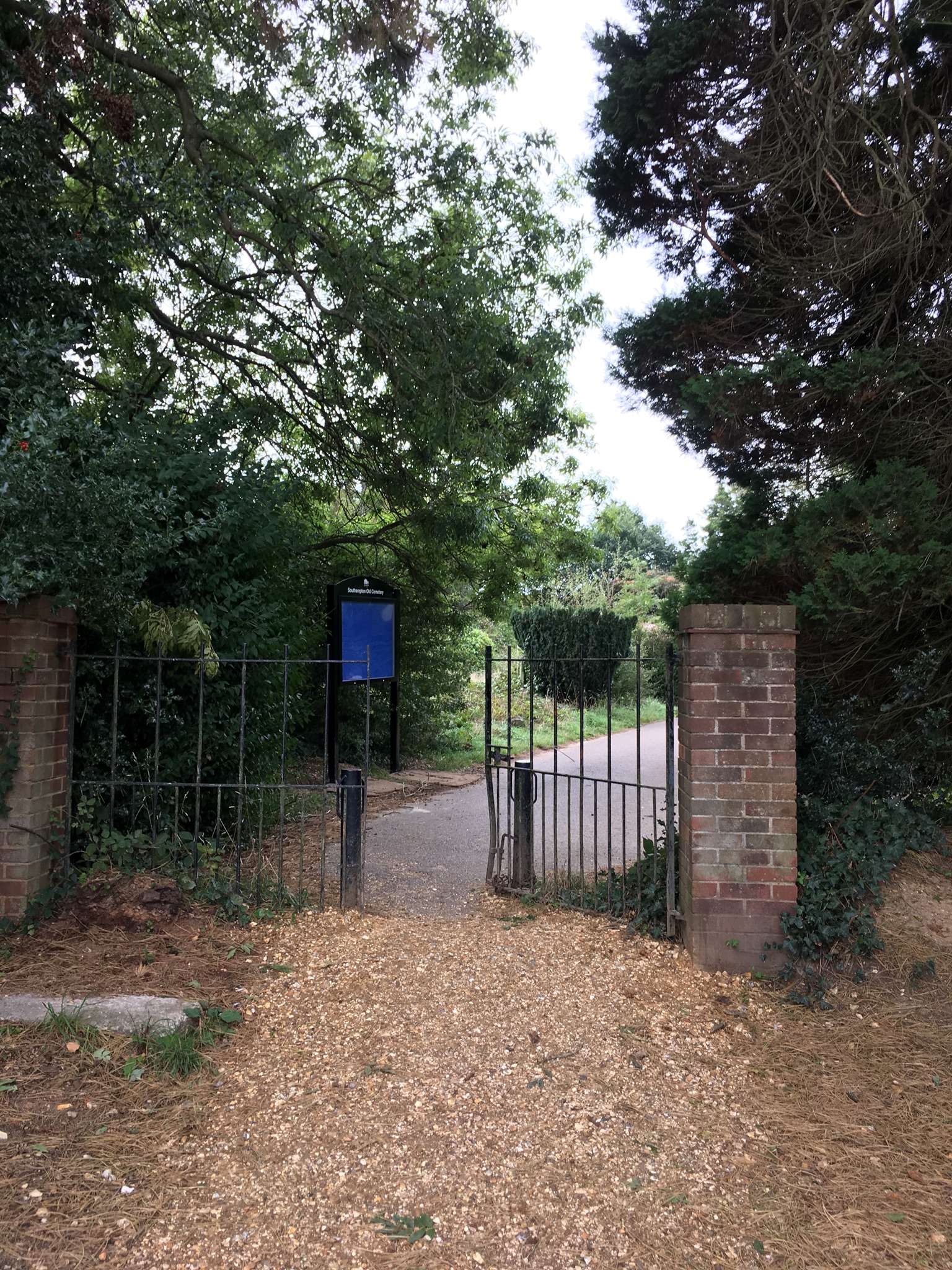 Laughing to myself I crossed the field just in time to see Commando Running to the parkrun finish line. Each of us had beaten the end of summer blues in our own way. 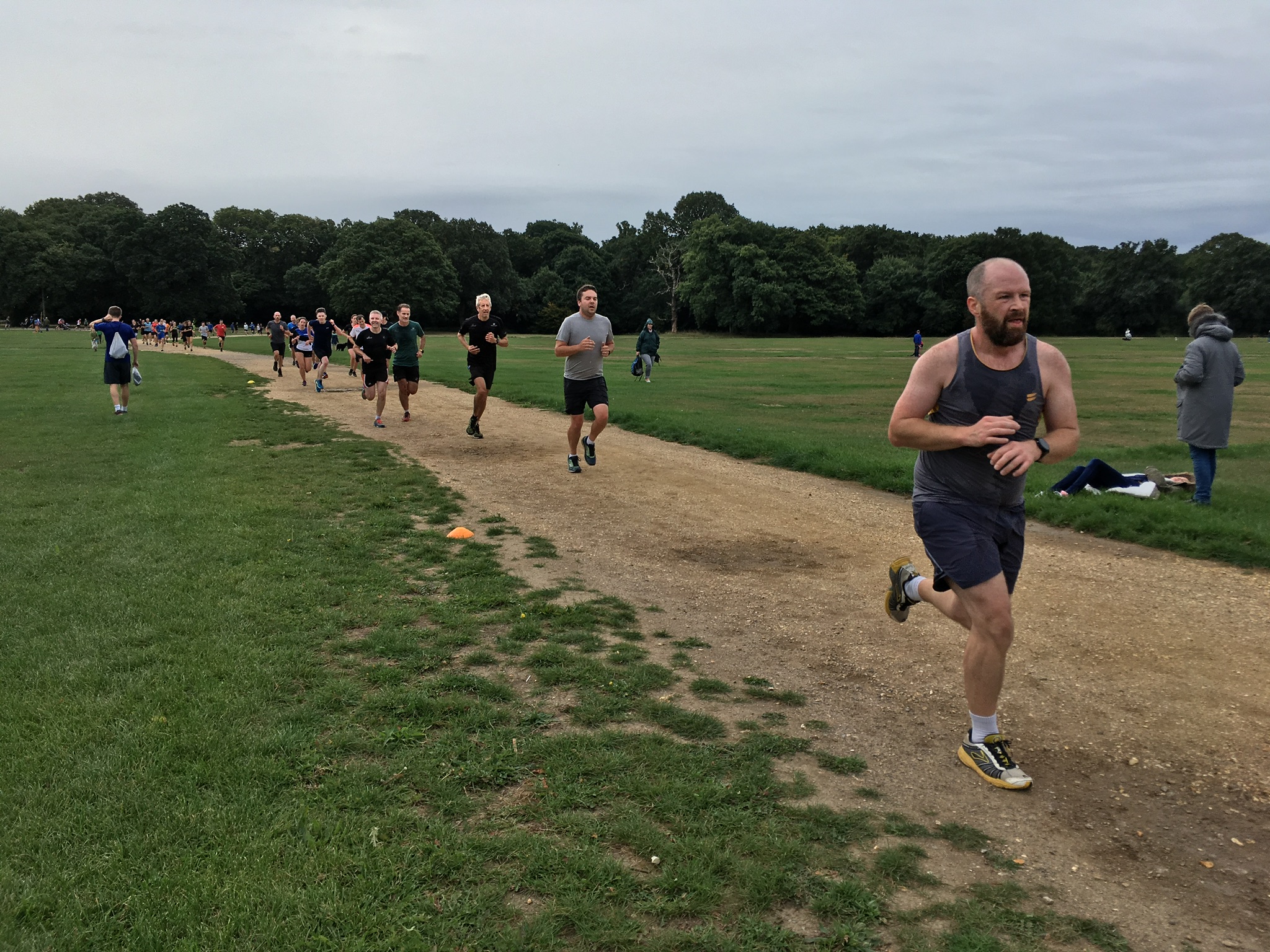 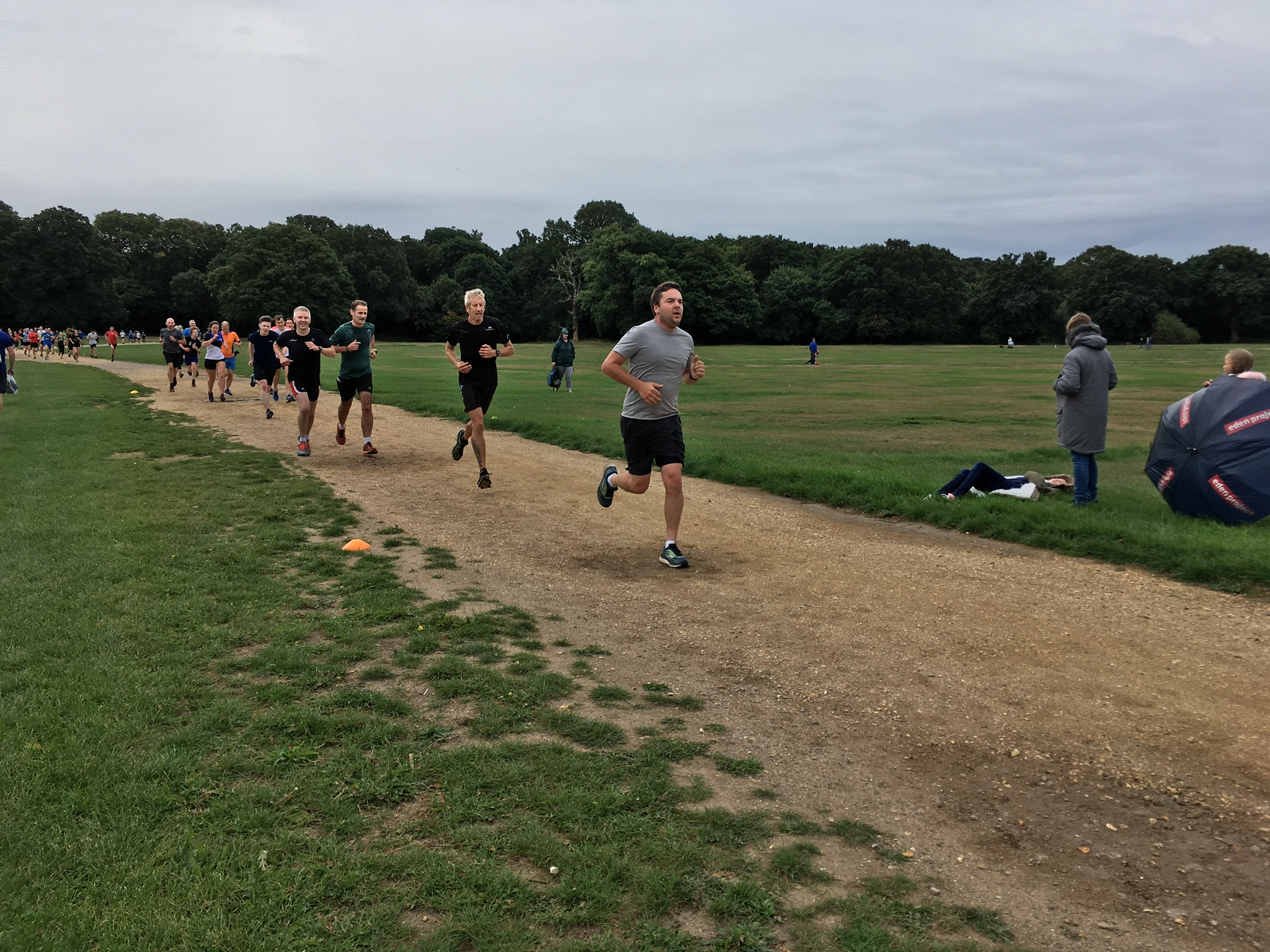 2 thoughts on “September in the Old Cemetery”