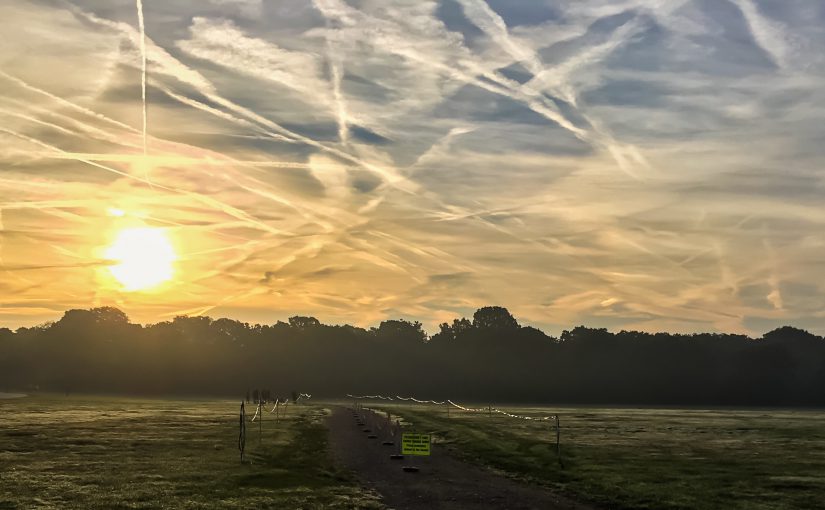 October seemed to be all about races. First there was the Ageas 10k. Actually that one was right at the end of September but let’s not quibble about a day or two. Commando was pacing a very slow, for him, fifty five minutes and I was supposed to be taking photos. As I was still suffering with the lurgie this was not as simple as you’d think.

Runners are quite a germ phobic lot, mostly because they always seem to have important races coming up and don’t want to get sick. This meant I had to try to stay away from everyone so I didn’t spread my germs, whilst still getting as many photos as I could. There was some degree of success and a lot of coughing.

The next weekend was taken up with the Bournemouth Half Marathon. It was a stupidly early and slightly chilly start but, once I’d taken team photos and watched Commando walking towards the start line, I had a nice walk through Boscombe Cemetery.

You all know how much I like wandering through a cemetery, and this turned out to be the best part of the whole day for me. The Cemetery, designed by architect Christopher Crabbe Creeke, was opened in 1878. Entering from Kings Park, my first view was of the Jewish Chapel, looking rather atmospheric in the early morning light.

From there I took the main path towards Gloucester Road, stopping to admire the chapel in the centre of the cemetery. This beautiful building with its central tower and spire, looks more church than chapel. It was built in 1877, before the cemetery was opened, and contains both the Church of England and Nonconfirmist chapels. In the golden morning light the Purbeck and Bath stone almost seemed to glow. Unfortunately for me, the door was closed so I couldn’t get a look inside.

Frankly, I could have happily spent the whole day wandering around the cemetery looking at graves. There are more than forty three thousand to look at though and I had a half marathon finish line to get to at some point. In the end I had to content myself with a quick walk around the war plot. As Remembrance Sunday was fast approaching, this seemed fitting.

The plot is enclosed by a low box hedge with the war cross on the west side. The rows of plain white stones made sobering viewing. Most of those buried here died in Bournemouth’s auxiliary and private hospitals and are from World War I but seven are from World War II.

While my route to the finish line was going to be far shorter than Commando’s I knew I was bound to get tangled up in runners at some point. A quick look at my watch told me I really should get a move on so, rather reluctantly, with a quick stop to photograph the little stone lodge, I headed for the gate.

Luckily, I more or less knew the way due to previous Bournemouth Marathon adventures. Now my main plan was to get to the centre of Bournemouth as quickly as possible, get a coffee and find somewhere to watch the finish. Once I’d crossed the railway bridge and Christchurch Road I took what I hoped would be a shortcut through Woodland Walk. This turned out to be a mistake and gave me rather a longer, but probably prettier, walk than my previous route would have.

When I eventually got back on track I met with the first runners. Commando was not amongst them and I had no idea whether he’d already passed by or not. What I did have was quite a long and frustrating detour to get around them and onto the beach side of the road.

Eventually I made it and the cliff path was in sight. It was just a matter of walking down it onto Boscombe Promenade. In theory, this should have been when things got far simpler and my progress much faster. At first, getting to the finish line before Commando looked like it was going to be a breeze. There were barely any runners on this part of the course and I could almost taste the coffee. The sun was shining. There were beach huts, sea and sand to enjoy…

Things didn’t go quite to plan though. When more and more runners began to appear I had to decide which side of the course to walk on. I made the wrong choice and ended up at a dead end by Boscombe Chine Gardens. Only runners were allowed in the gardens and spectators weren’t allowed to cross the course. I had to turn and walk all the way back, past Boscombe Pier, and find a way across there. If only someone had thought to put up signs for spectators this frustration could have been avoided, along with the extra walking. On the plus side, I did see Commando and Rob twice on this stretch of the walk.

After the Boscombe Pier debacle I was stuck firmly on the beach side of the course and, fairly soon, there were so many other spectators I couldn’t see much of anything. So much time had been lost on the various detours I now had to rush if I wanted any chance of making the finish line before Commando. I might have done it too, if it hadn’t been for the chaos by Bournemouth Pier.

The crowds around the pier were so thick I could barely get through them. To get to the finish line I needed to cross the course but there were impenetrable barriers stopping me. The pier turned out to be a dead end. The only way past was to walk onto the shore and under it. On the other side there were no runners or spectators but the promenade was lined with barriers in preparation for the full marathon later in the day. On and on I walked in the sandy beach, getting further and further from the finish line. My legs were tired and I was looking desperately for a gap in the barriers. For a while I thought I was going to have to go all the way to Sandbanks. Eventually, after about a mile, there was a crossing point but now I had to walk all the way back up the other side of the course. By the time I reached the finish line again Commando had already crossed it. After lots of dashing back and forth, pushing my way through crowds, I finally caught up with him and a few other friends in the Lower Gardens.

The pleasant beachside stroll and relaxing coffee I’d anticipated never did materialise. Commando, Rob, Kim, Nicole, Mark and I had a quick bite to eat in MacDonalds. On the plus side, Commando enjoyed the race and got a half marathon PB. On the minus side, I walked over twelve miles trying to catch up with him and I never did get my coffee.

The next weekend it was back to Bournemouth for a Hampshire Cross Country League Race. As Bournemouth is actually in Dorset it seemed like quite an odd choice of venue. Thankfully this wasn’t such an early start but we did get stuck in a horrible traffic jam on the motorway and were almost late. Commando enjoyed the race. I’m not sure I enjoyed standing in the mud taking photos of him running round the same tree three times but I got some good photos, even if there was no chance of a walk.

Of course, in between the races there were all the normal Saturday morning parkruns too. All in all, October seemed to be nothing but one long whirl of runs. The biggest one came at the end of the month but it really deserves a post all to itself…

4 thoughts on “All about races”