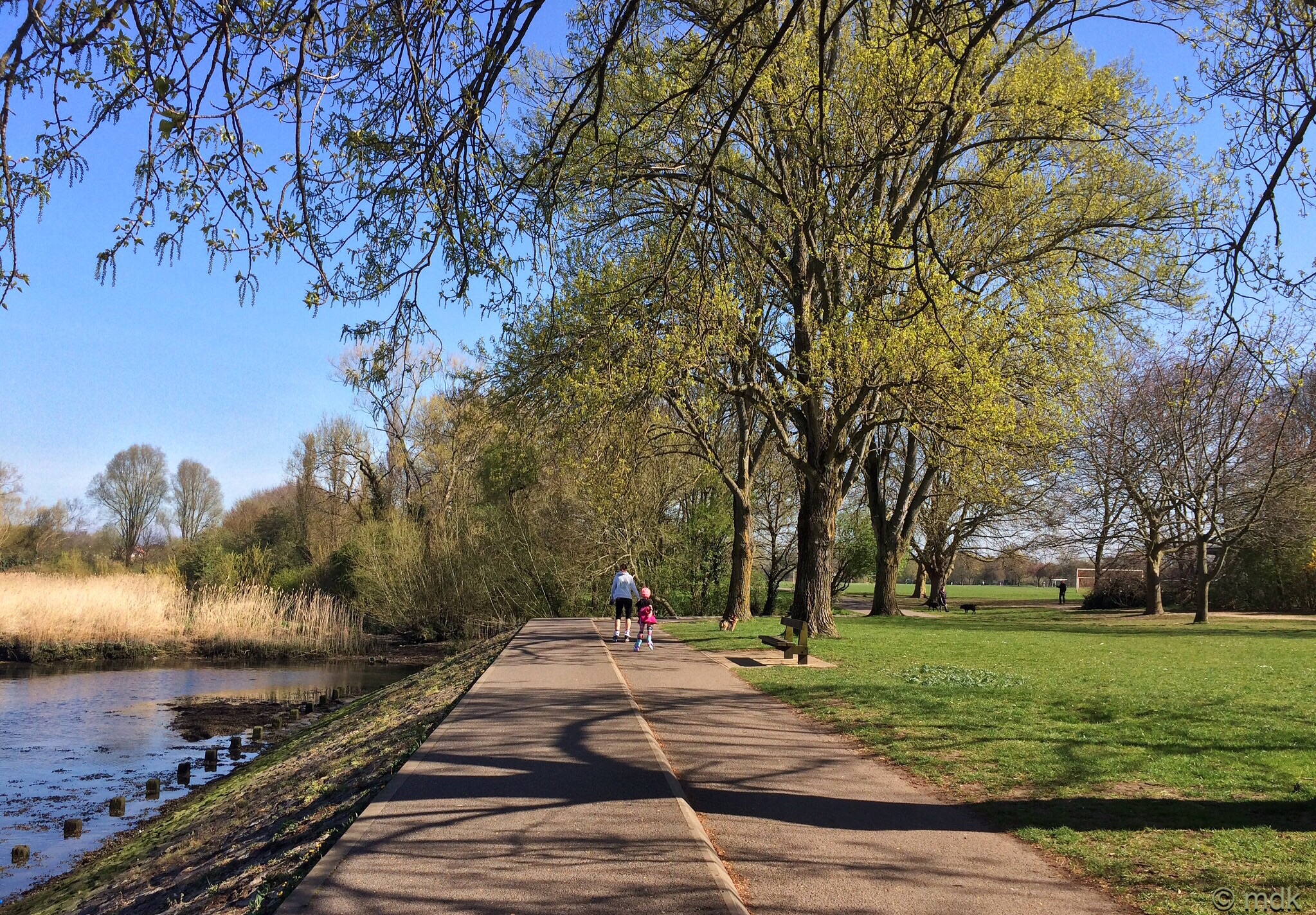 After the very short walk on Sunday and a day spent desperatly trying to tame my jungle of a garden, I thought it was about time I clocked up a few miles for my April  total. As it happened, I knew just where to go without too much thought at all. A little bird told me the swans had begun nesting and I knew just the place to see if there was anything to see. It would also mean a ten mile round trip to add nicely to my mileage.

It began, as you’d expect, with a trot down to the river. In truth, I was pretty sure there’d be nothing much to see along there because the walkable side of the riverbank is far too open and exposed. Still, it was a beautiful day for it, not a cloud in the brilliant blue sky, if a little chilly when I set out. For the first time in ages I left the boots at home and wore my walking sandals. I even dispensed with the sheepskin lined waterproof parka and fished my thin parka out of the wardrobe. It felt a little risky but I was fairly sure it wouldn’t rain, snow, hail or anything else. Well, as sure as you can be in England in April.

There weren’t many swans about. I thought my sources might just be right, they could be off nest building somewhere in the reedbeds or on the marshy far bank. With any luck I’d get to see some later. As I approached the second bend I spotted a woman walking her dog wearing rollerblades. This was almost the same spot I saw a woman doing exactly the same thing back in January 2013 and it felt like too much of a coincidence not to be the same woman. If it was she’s got far more accomplished at rollerblading and she’s lost a few pounds, possibly from all the exercise. Not only that but she’s gained a small child, also wearing rollerblades. This time she didn’t look to be in any danger of ending up in the river but she wasn’t any faster than last time and I soon overtook her.

A little further on, by the fox holes, a mass of daffodils had come out, brightening up the grass. As usual, I left the path and walked behind the trees near the reedbeds to see if there were any interesting fungi still lingering. There weren’t, but I did look with new eyes at the sluice on the other side of the river after my recent adventure there. Before long I was at Woodmill where I finally saw a handful of swans. They could be nest building in the thick trees near the mill but there’d be little chance of seeing them if they are. 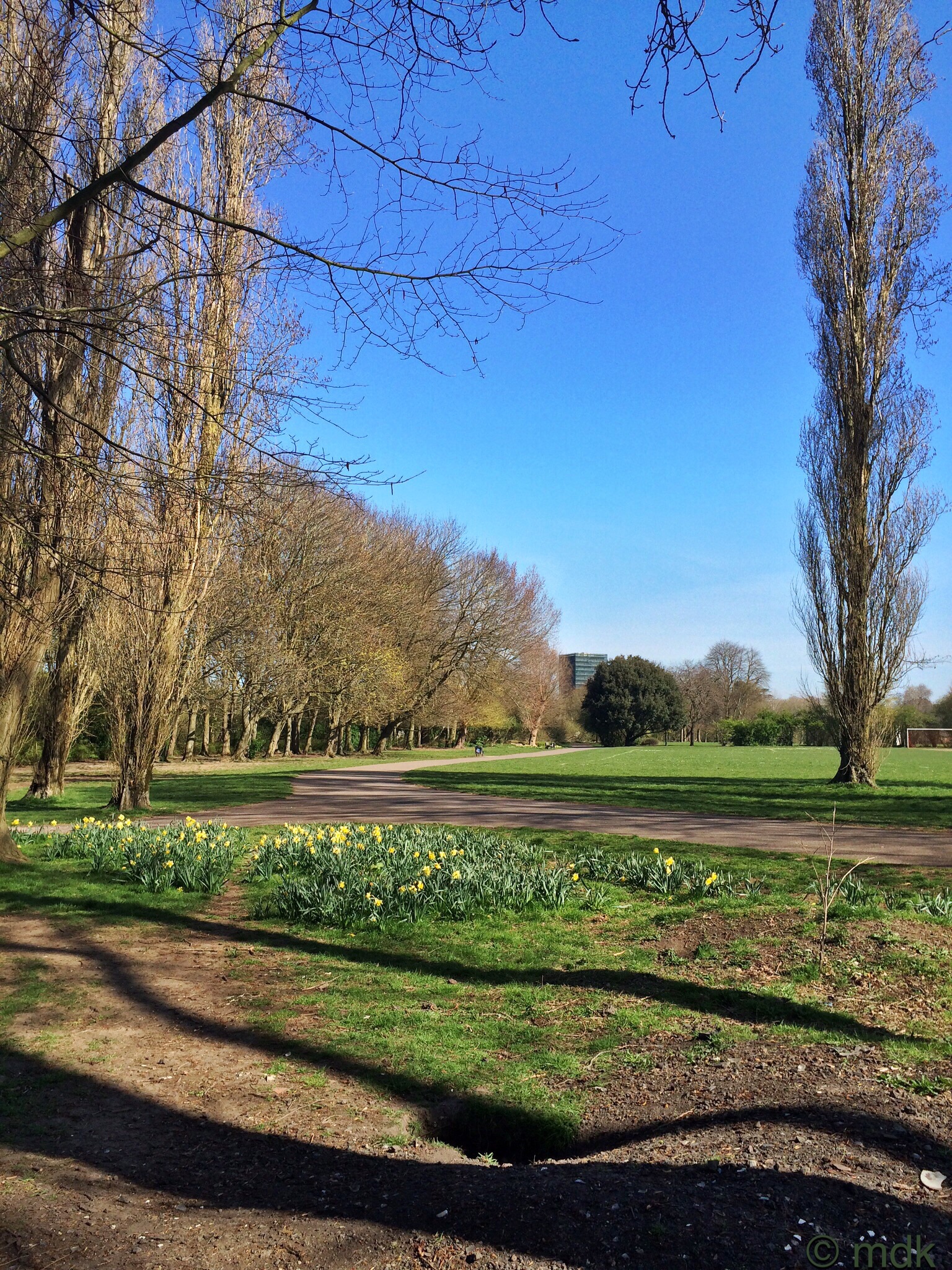 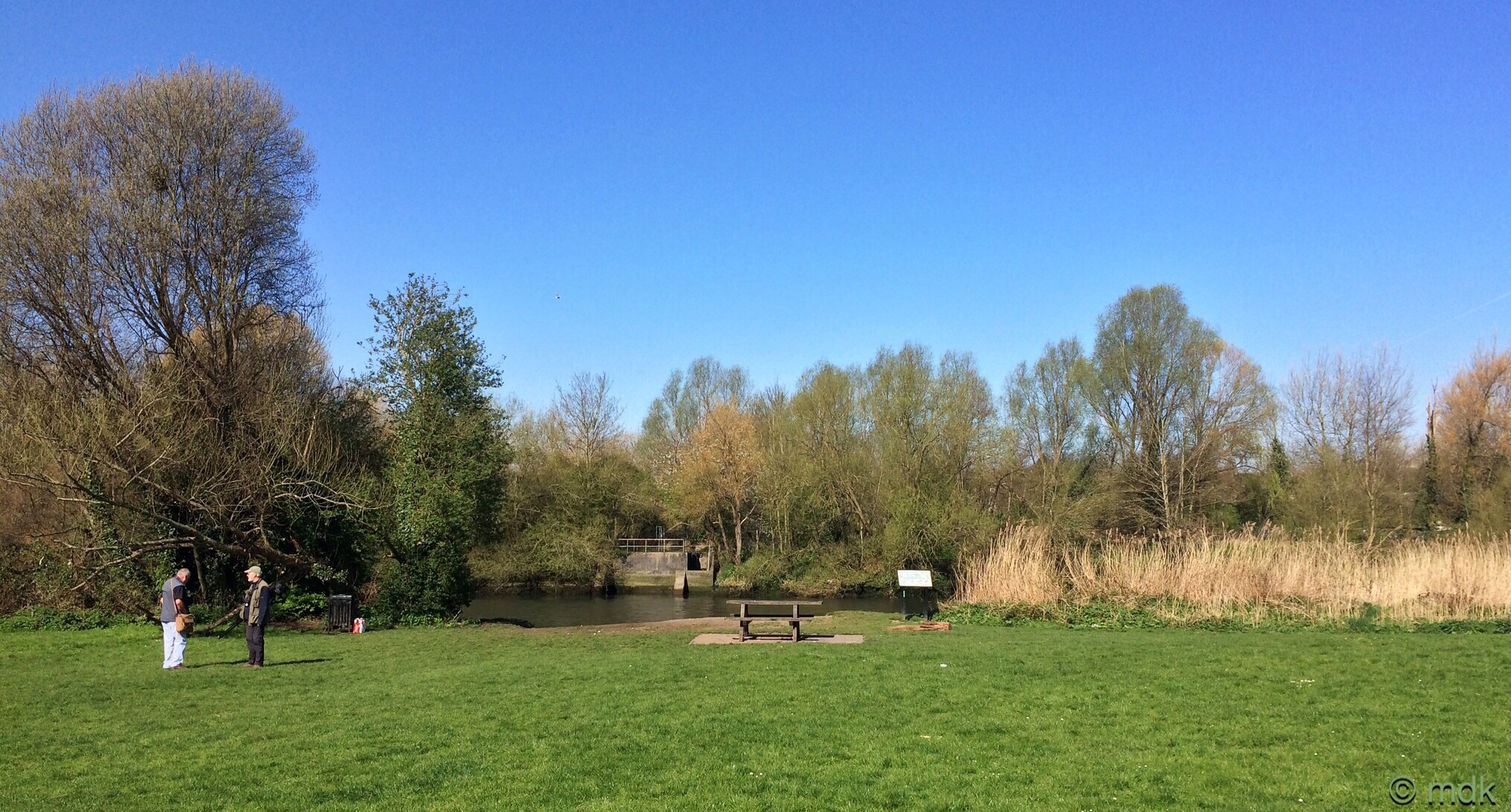 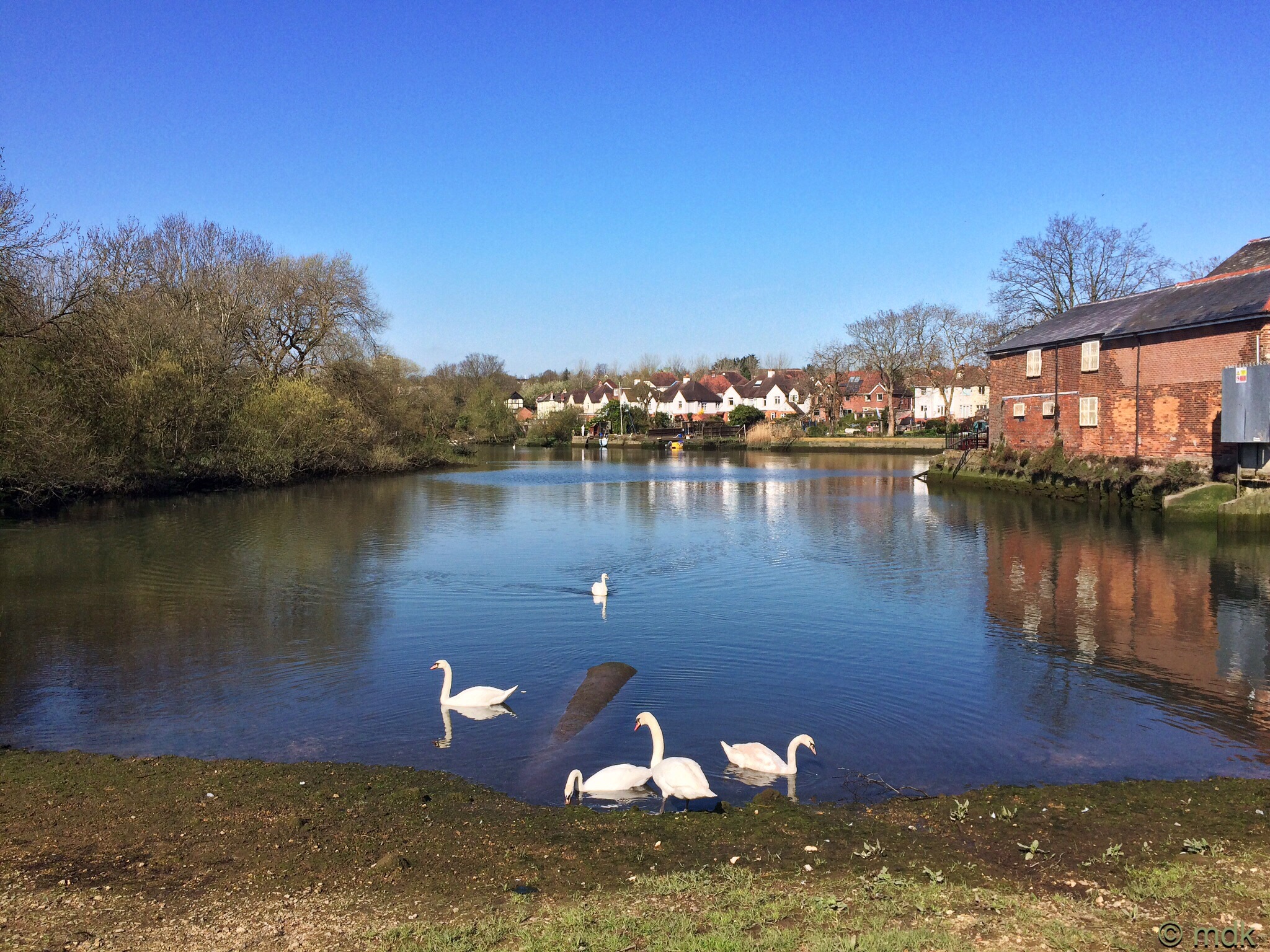 Around the narrow winding road past the mill I carried on towards Wessex Lane and the blue bridge. As I passed the marsh I peered expectantly into the bullrushes but there was no sign of nesting, swan or otherwise. There were flowers on the willow by the gate. They made me think of a walk on the Itchen Navigation where the fluffy willow seeds were thick in the air and the path was as white as if it had been snowing. This brought on a strong desire to be back there and I half wished I’d chosen that route instead. 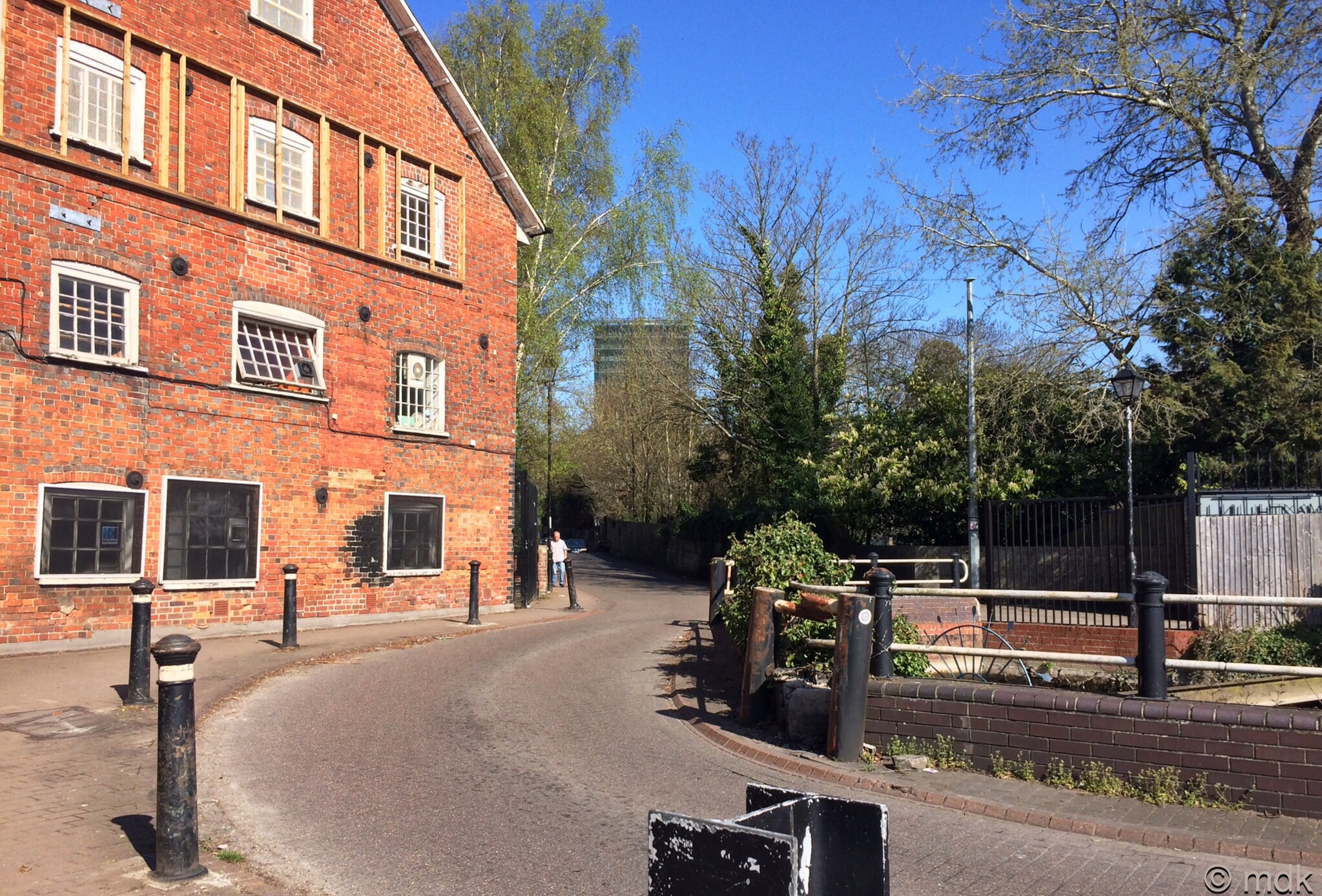 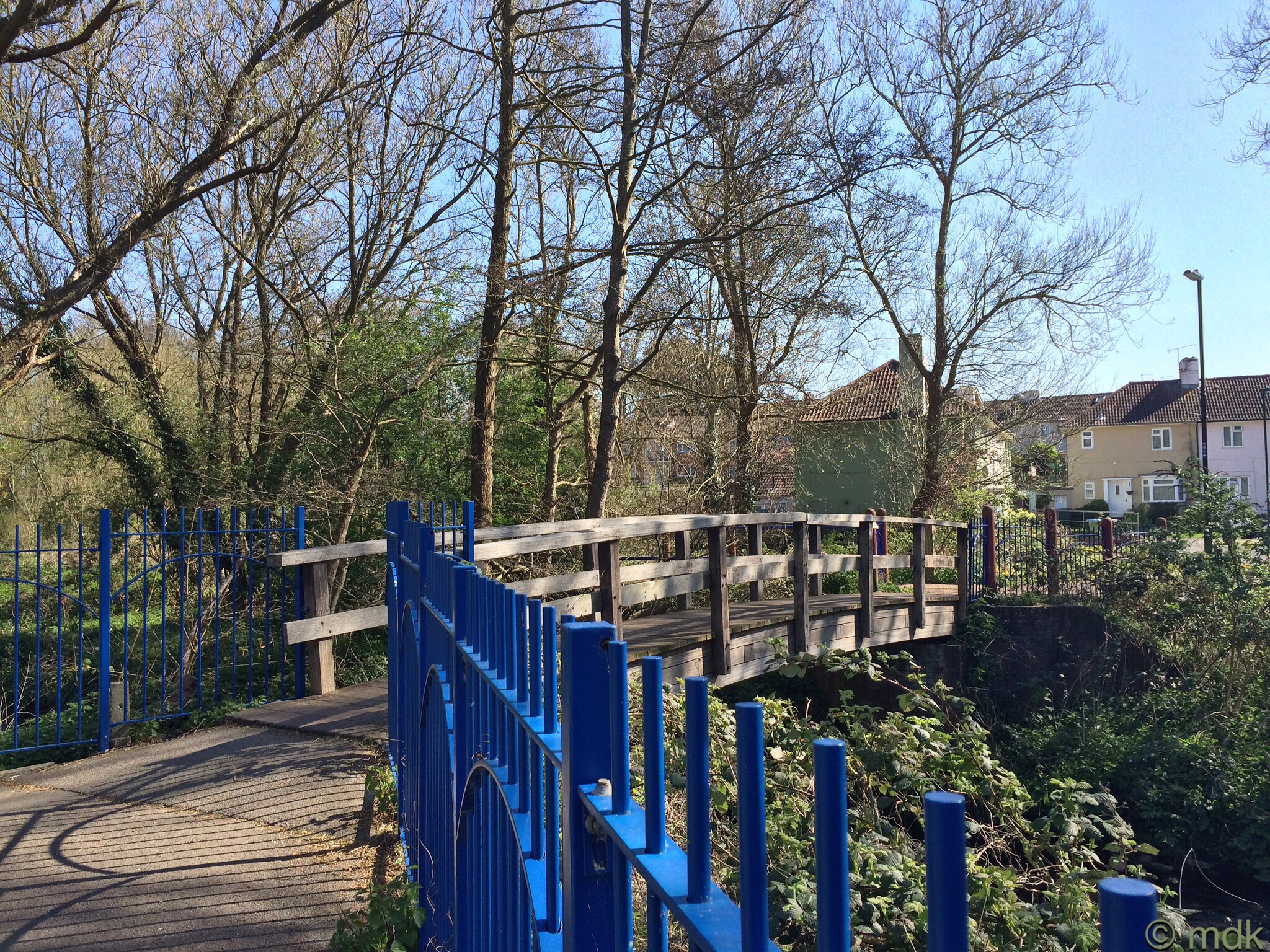 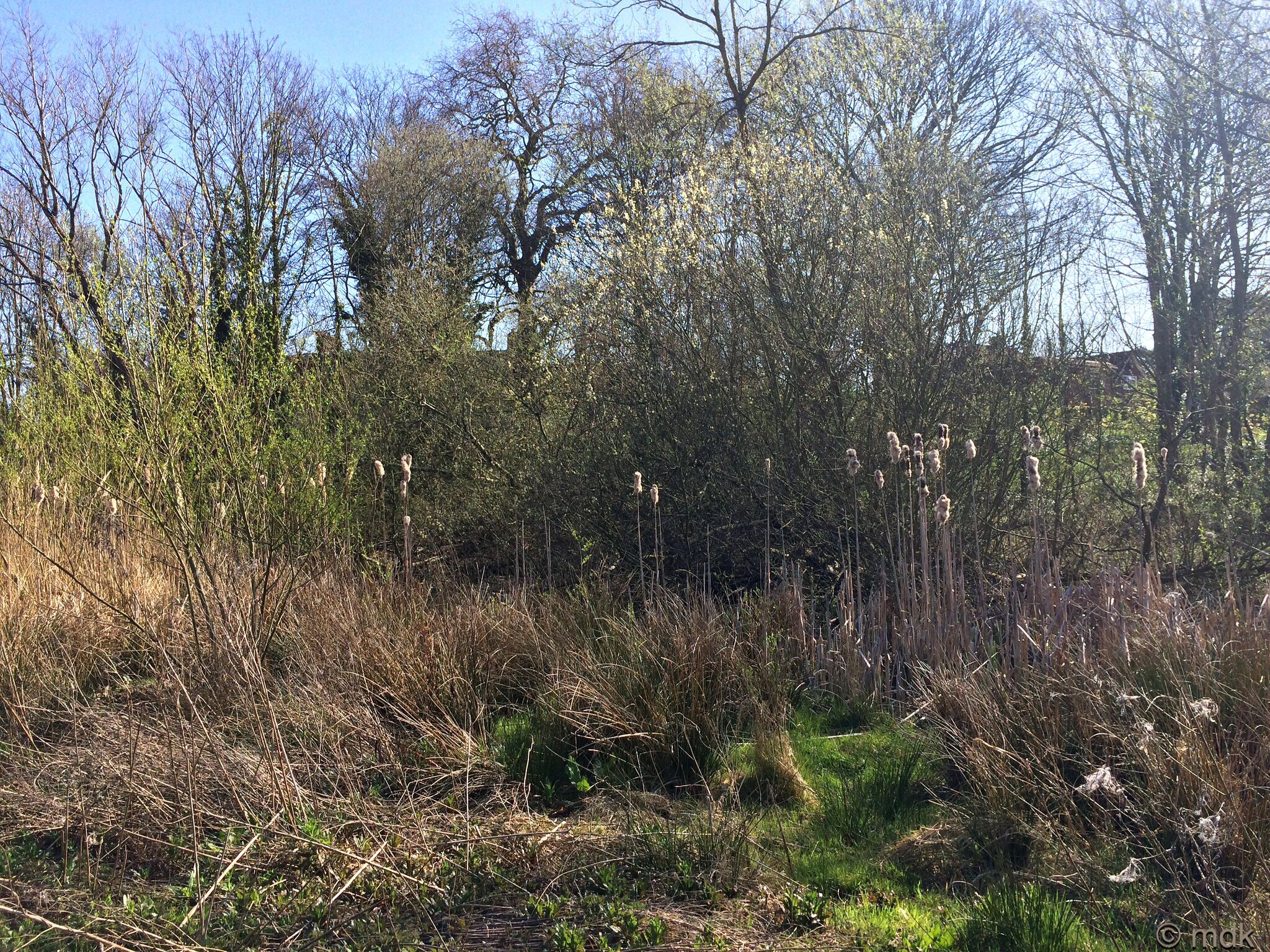 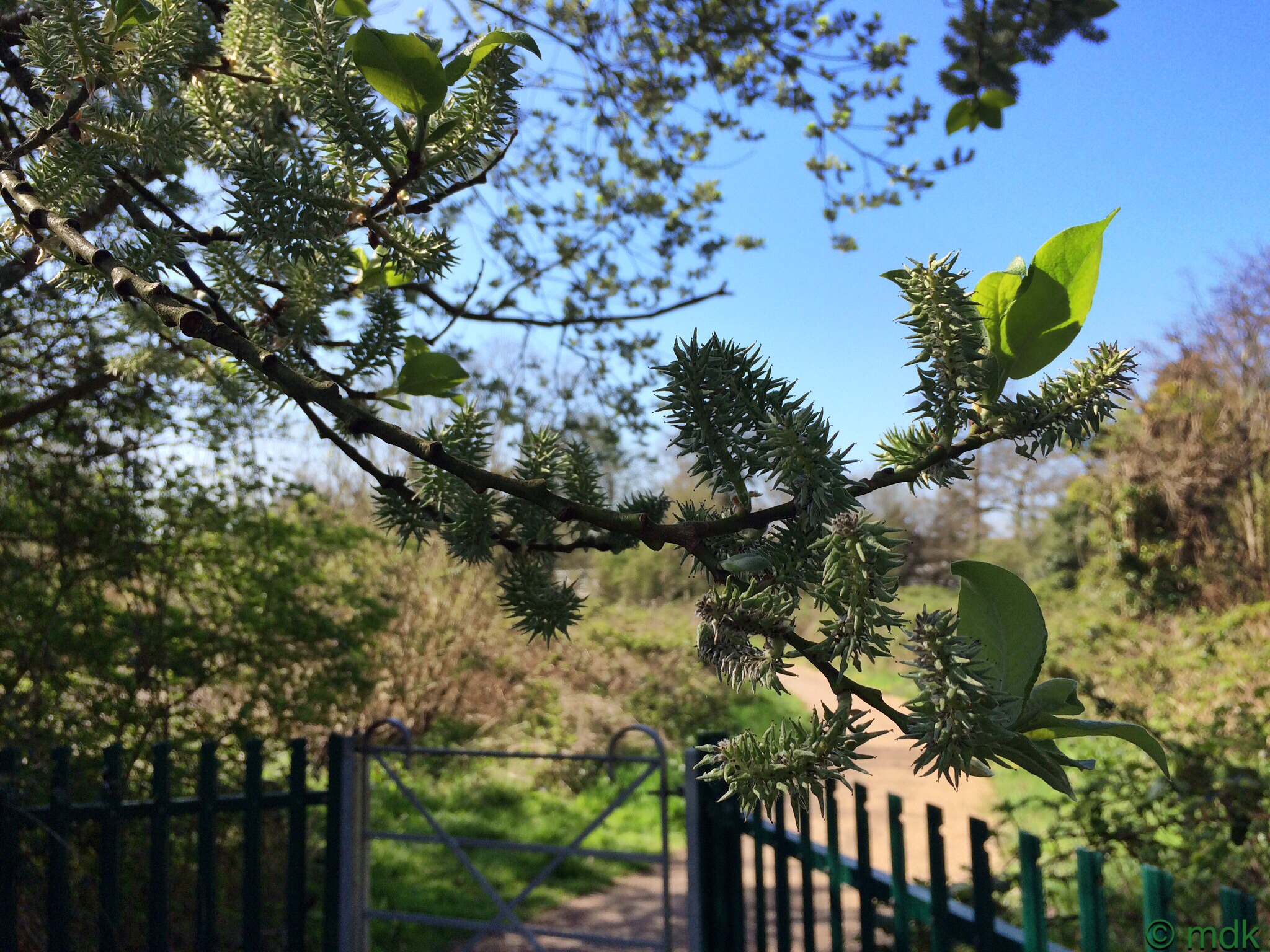 The next part of the walk is all along roads but at least these were brightened by blossom in the front gardens so it wasn’t as much of a chore as you’d expect. Soon enough I’d reached my destination, Lakeside Country Park. If I was going to spot a nesting swan anywhere it would be there. 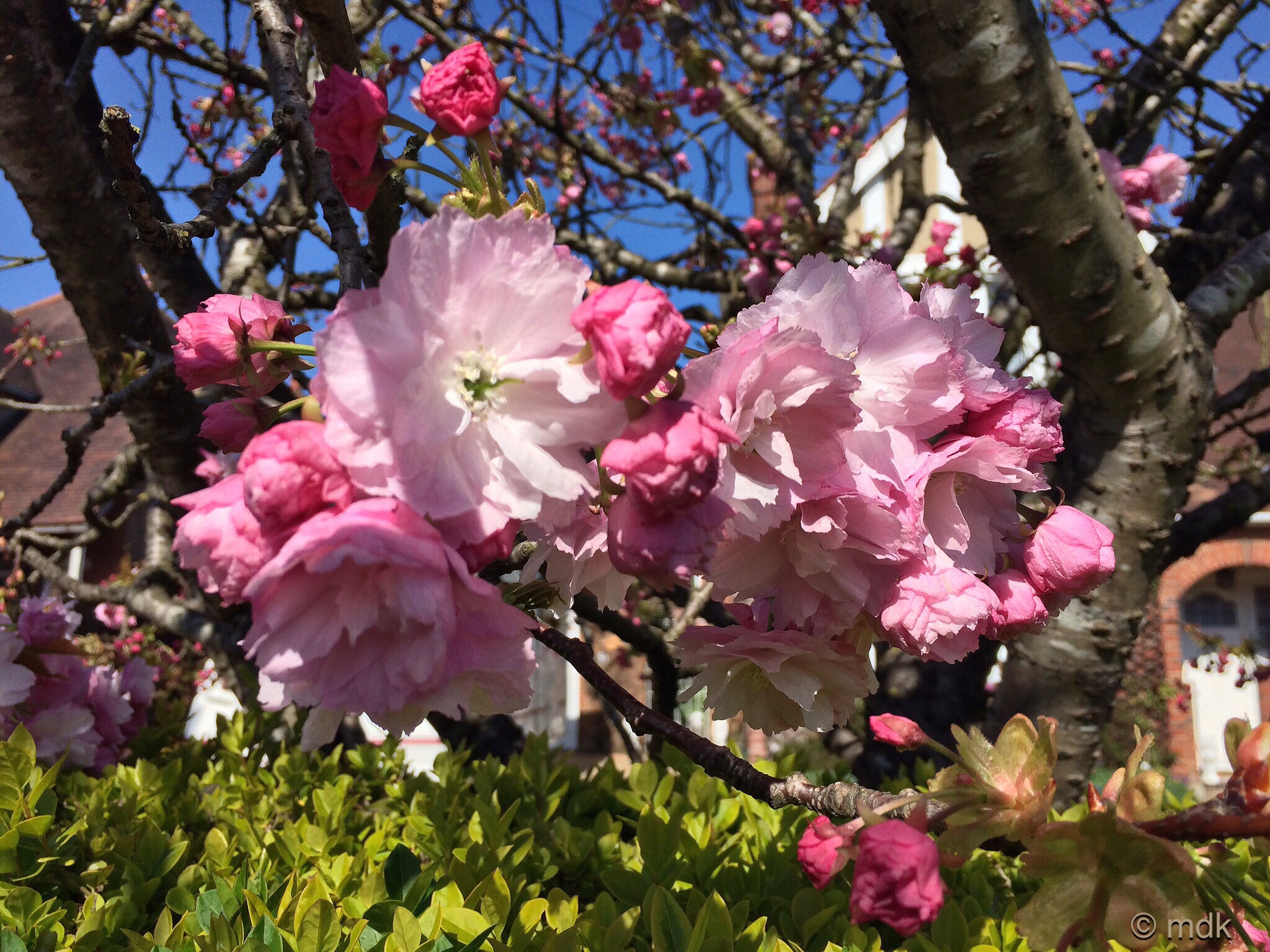 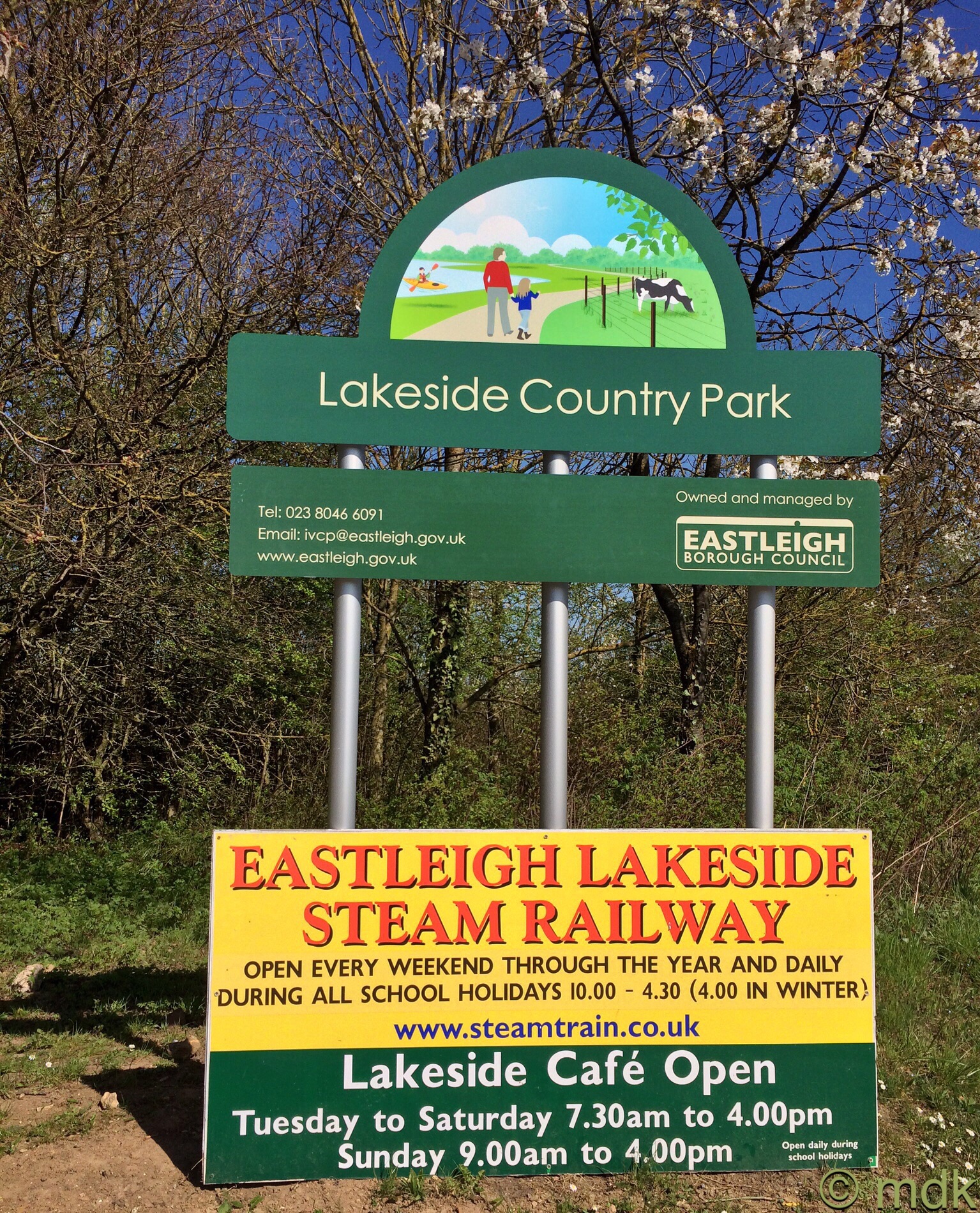 Before I’d even left the road to the car park I’d stopped to look at the spring flowers, primroses and dandelions, nettles and forget me nots. The thing I love most about spring is the way the landscape changes from day to day as new flowers burst from the ground and trees suddenly decided to don their new clothes. 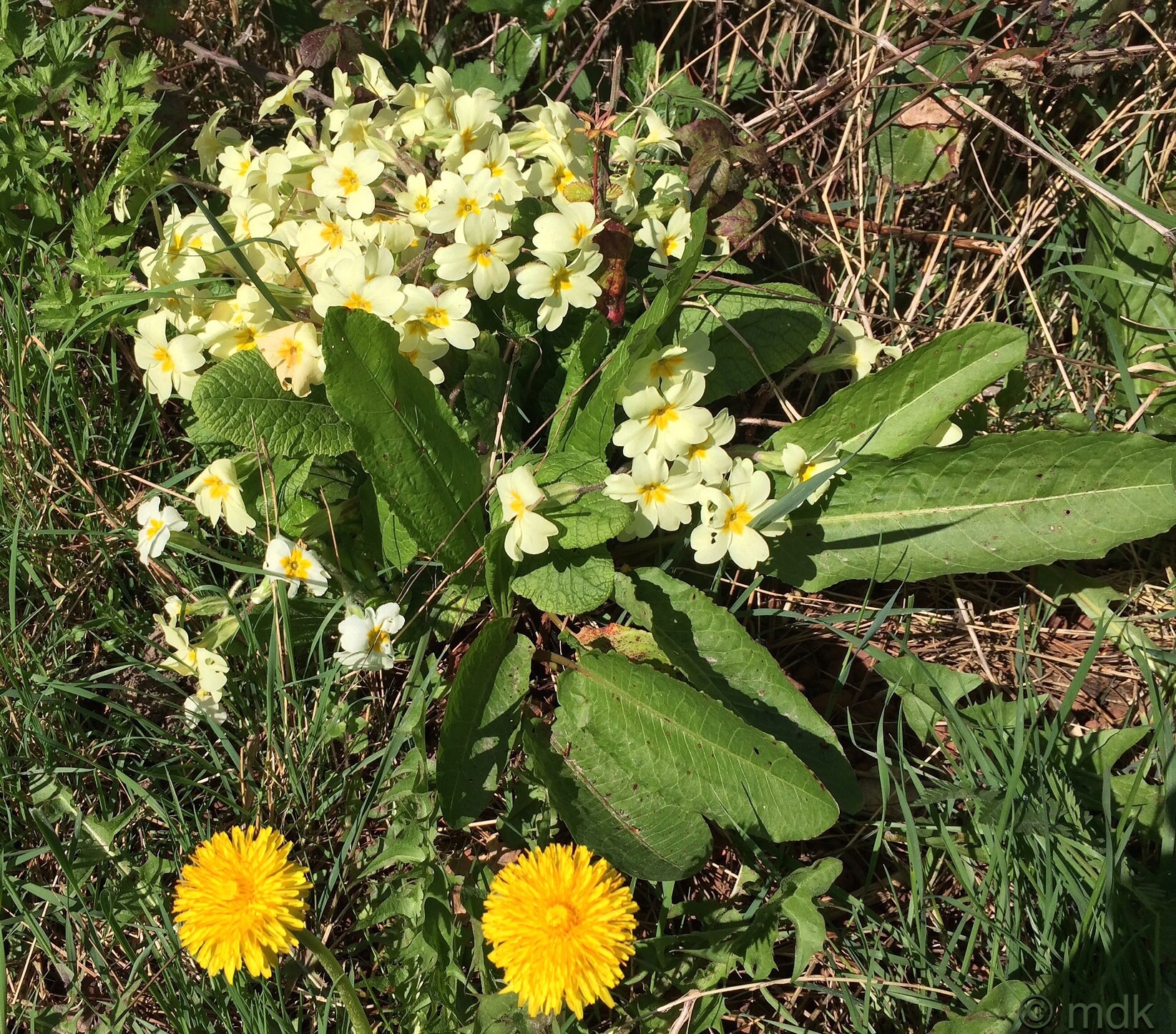 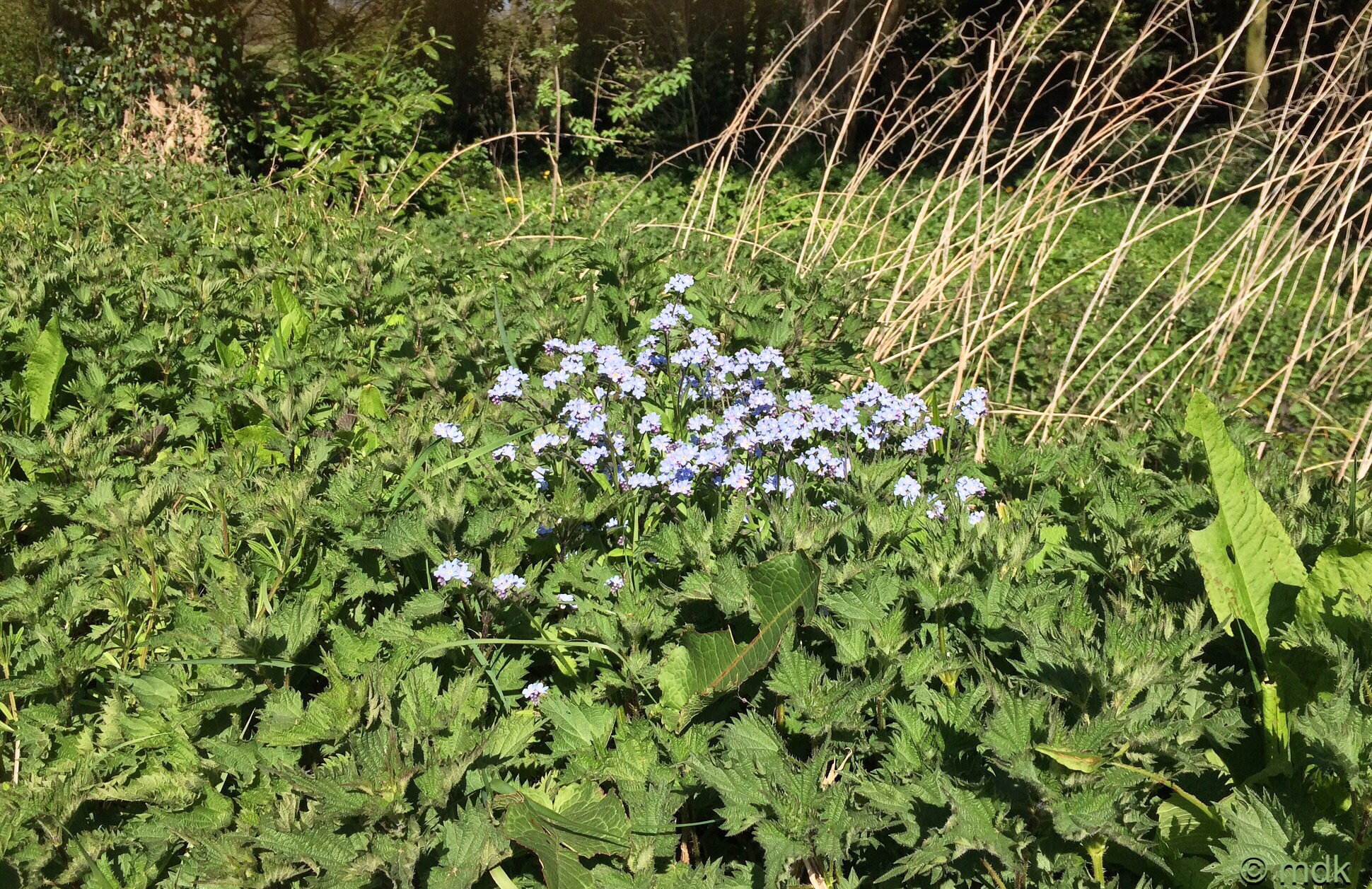 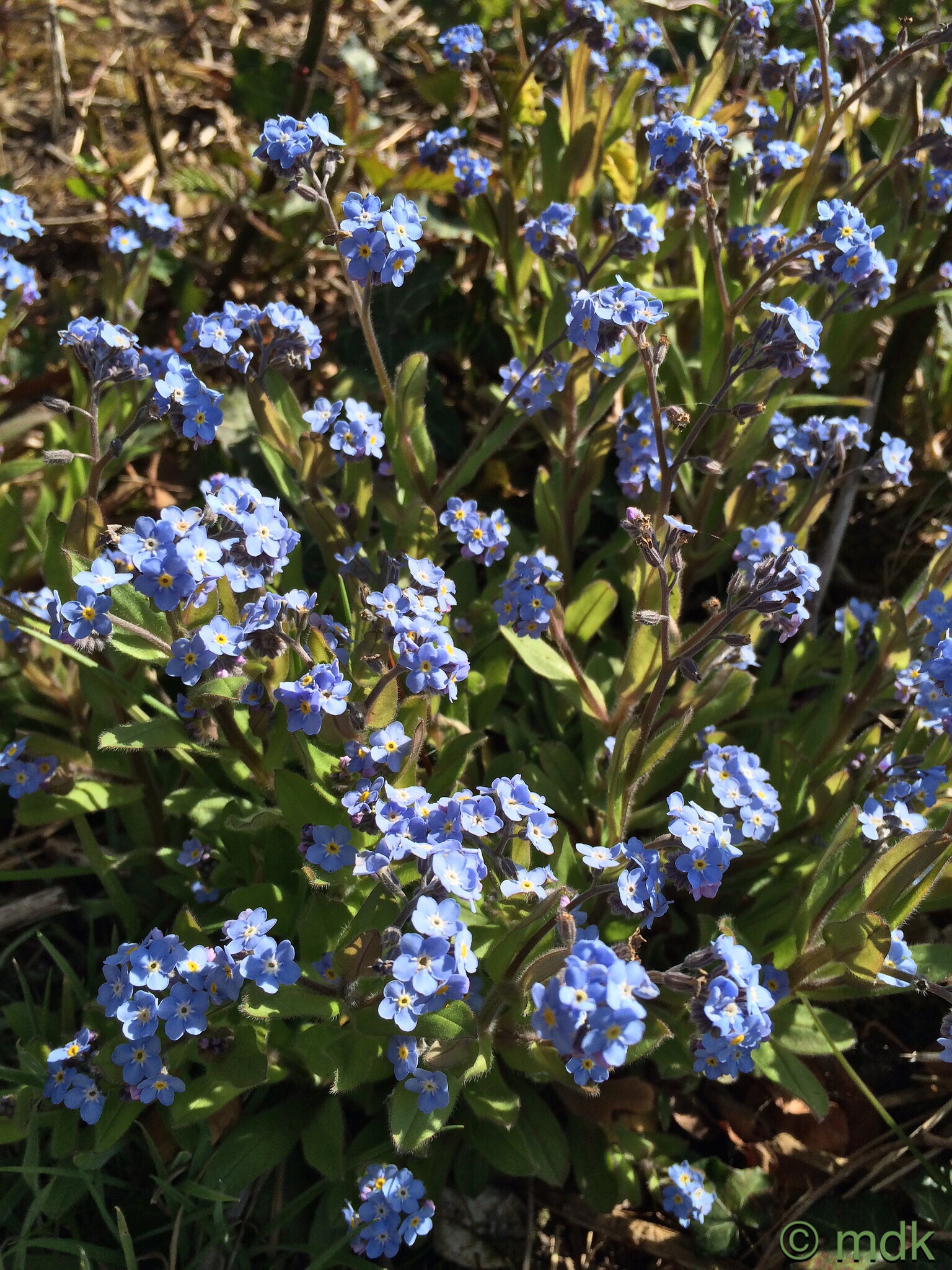 There were a mass of portacabins just after the cafe and some workmen milling about. Google tells me this is the start of a £2.5 million scheme to improve facilities. There will be new water sports and storage buildings, changing facilities, offices and a multi use room, not to mention more toilets. Obviously the last in the list will be very welcome for me. Passing the workmen I was soon on my way down the steps to the lakes. There are three lakes here, clumped together with paths winding round and between them. The first lake is mostly used for remote control boats but there were no boaters on Tuesday. In fact there was not much of anything, not a swan or a duck in sight. 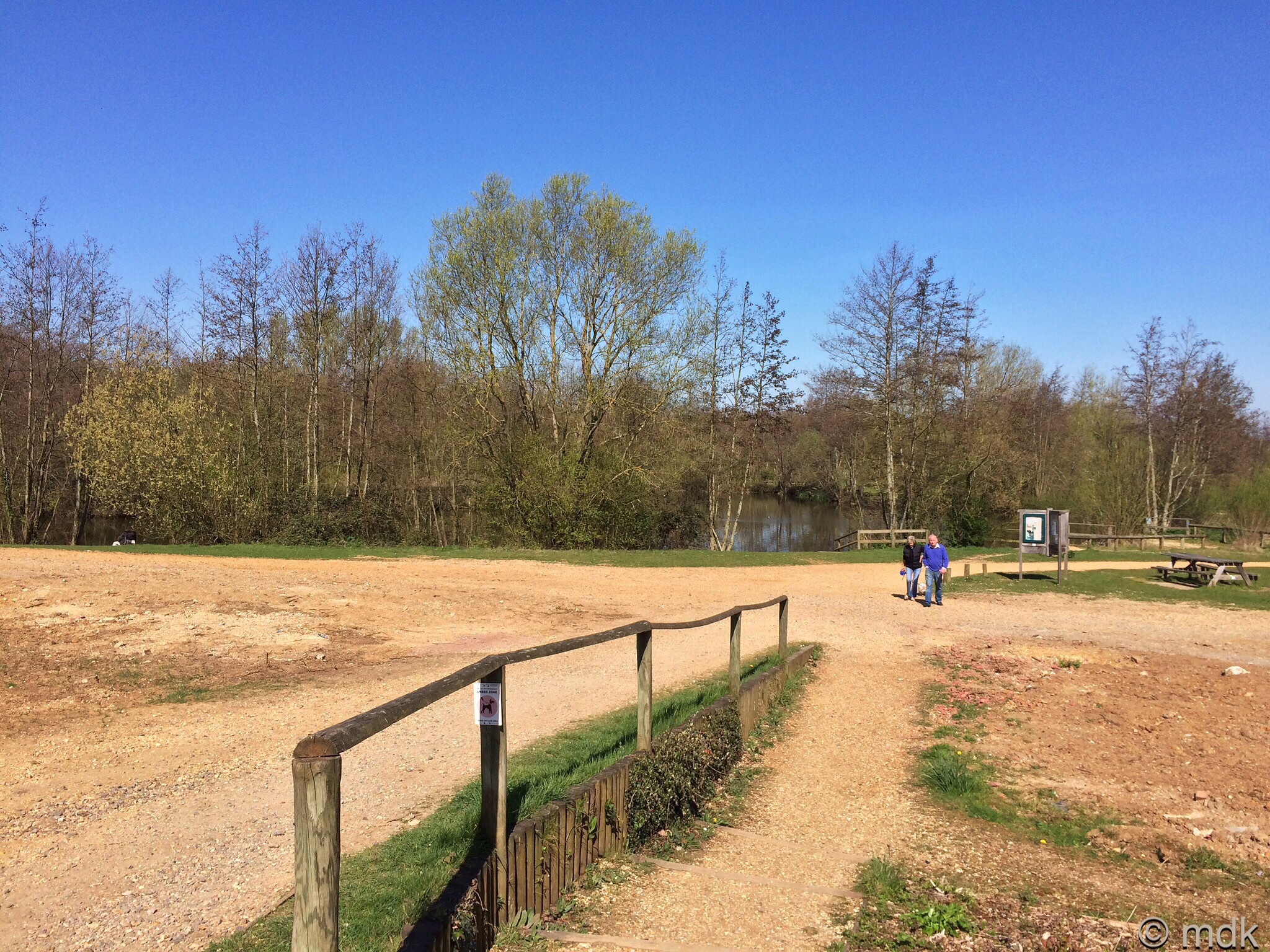 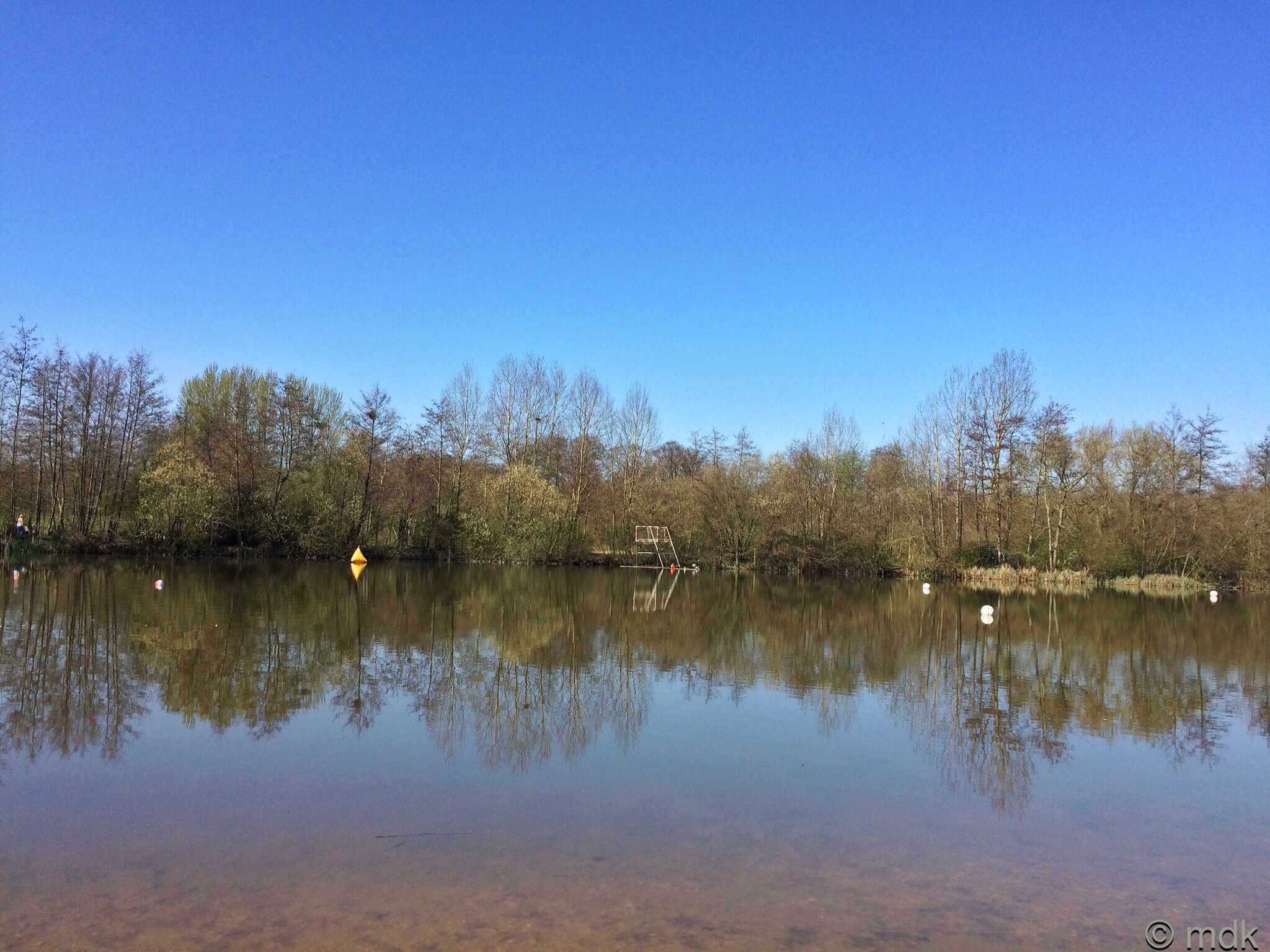 Slowly I walked around, peering at the trees and reeds and wondering if hunting for nesting swans was a wild swan chase. There was no doubt they would be nesting somewhere because they were so conspicuous in their absence but I got the feeling they’d all be hidden away somewhere inaccessible like the little Island on the smallest lake. At the point where the two larger lakes meet there is a marshy area filled with reeds and water iris. The path runs between it and the lakes and can be a bit muddy in winter. It was bone dry on Tuesday but I was too early for water iris flowers and as hard as I squinted into the reeds I saw no sign of swans. 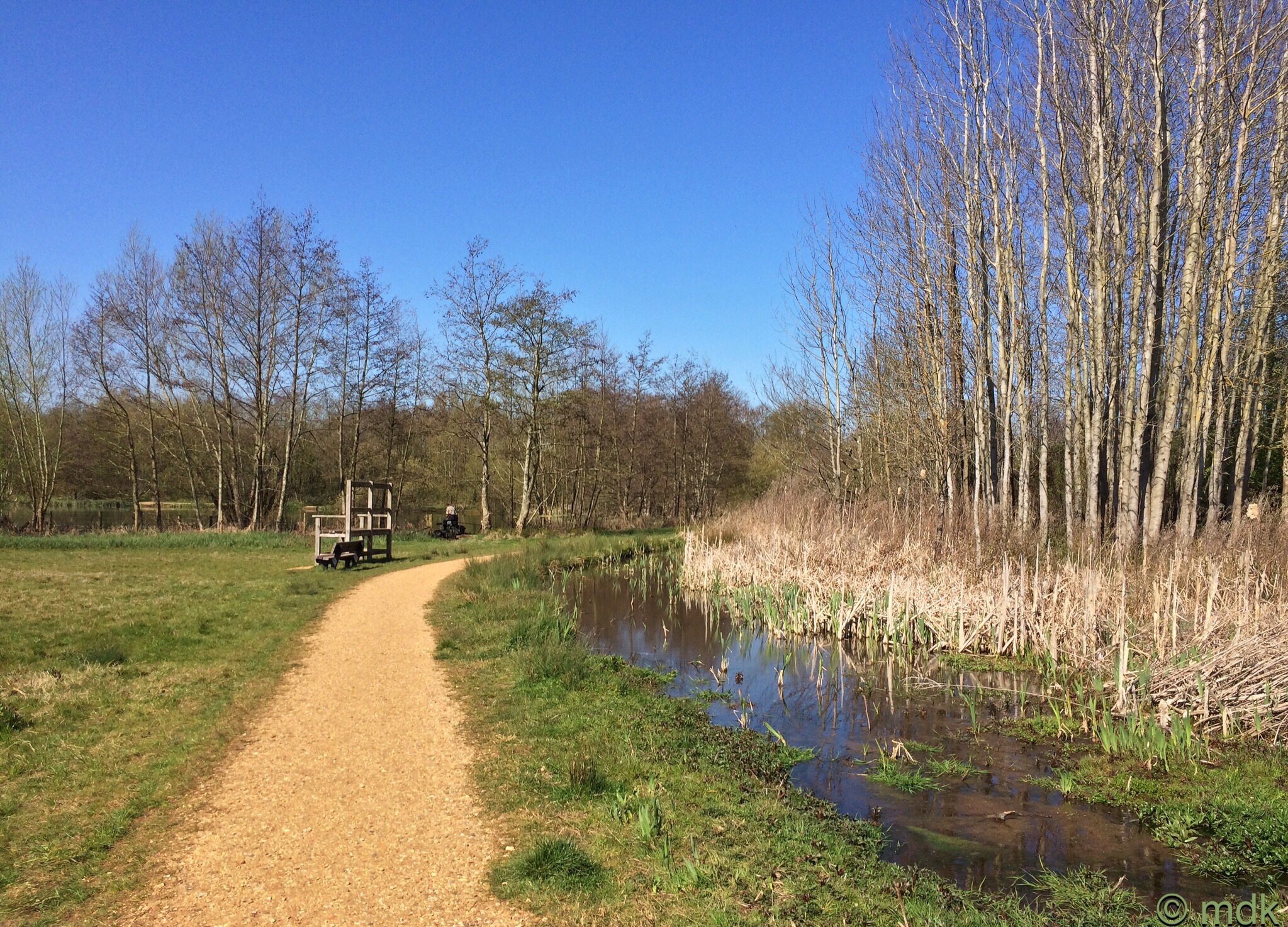 This was the point I had to decide whether to carry on around the outside of the lakes or take the path that runs between them. The second large lake is very popular with fishermen and I felt it was the least likely place for anything to be nesting. The deciding factor was the giant wooden chair that I swear I’ve not seen before although it doesn’t look new. I would walk between the lakes. It turned out to be a good choice. This is the one area where there’s not a proper path and, despite the platforms for fishermen, it’s quiet. No one was fishing there, which was good news and I hadn’t gone far when I saw something large and white in the reeds and pussy willows. Creeping towards it, it soon became clear it was a swan but whether it was a swan basking in the sun on the bank or a swan building a nest wasn’t clear. Very quietly and slowly I crept around for a better view. 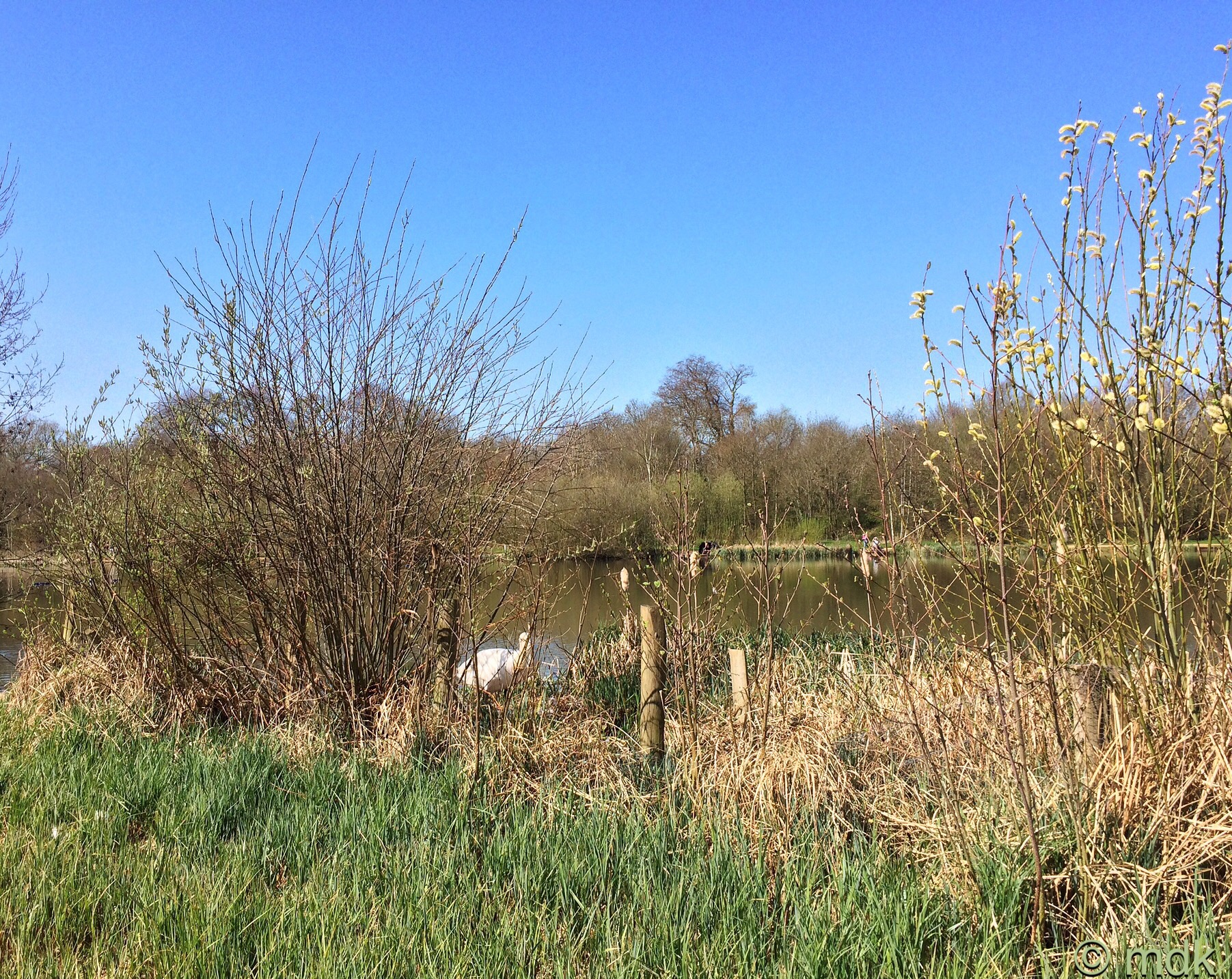 When I came to a break in the strappy branches I could hardly believe my luck. Not only did I have a fantastic view of the swan but I was pretty sure it was building a nest. Mute swan females build their nests while the males provide the building materials so I’m pretty sure this swan was a she. She sat on a large mound of twigs and feathers and was madly preening her breast. In fact she was so intent on this she didn’t even notice me, although I was all but holding my breath for fear of startling her. There were swan feathers mixed with the twigs, pulled from her breast to make the nest comfortable for her cygnets. Needless to say I was enchanted. 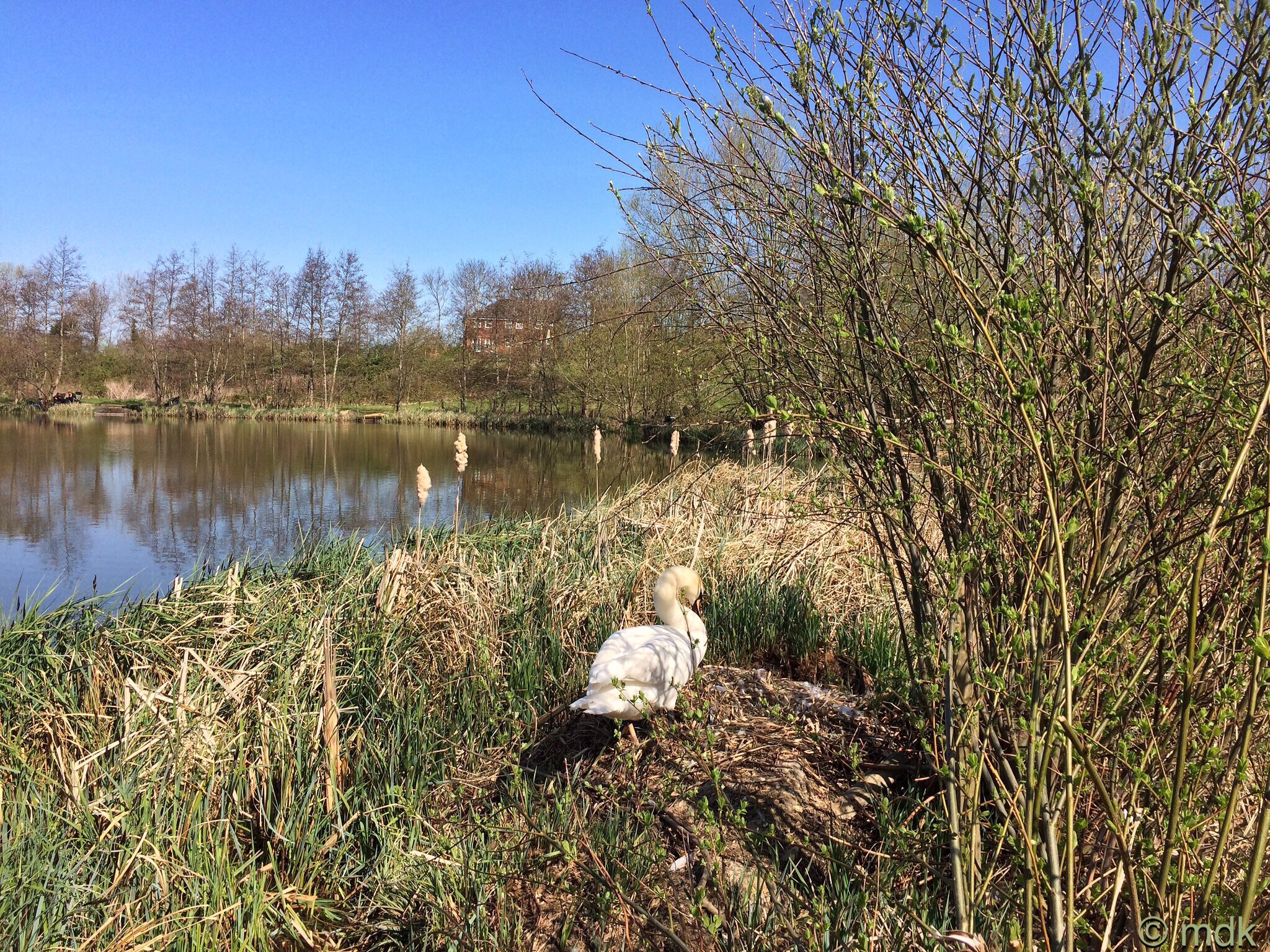 Typically it takes two to three weeks for a swan to build a nest and they can be as much as a meter across. After that the pen begins to lay. She lays an egg once or twice a day and will usually lay as many as eleven eggs over the course of two to three weeks. Once all the eggs are laid she will sit on them to incubate them. This way they will all hatch at about the same time about six weeks later. 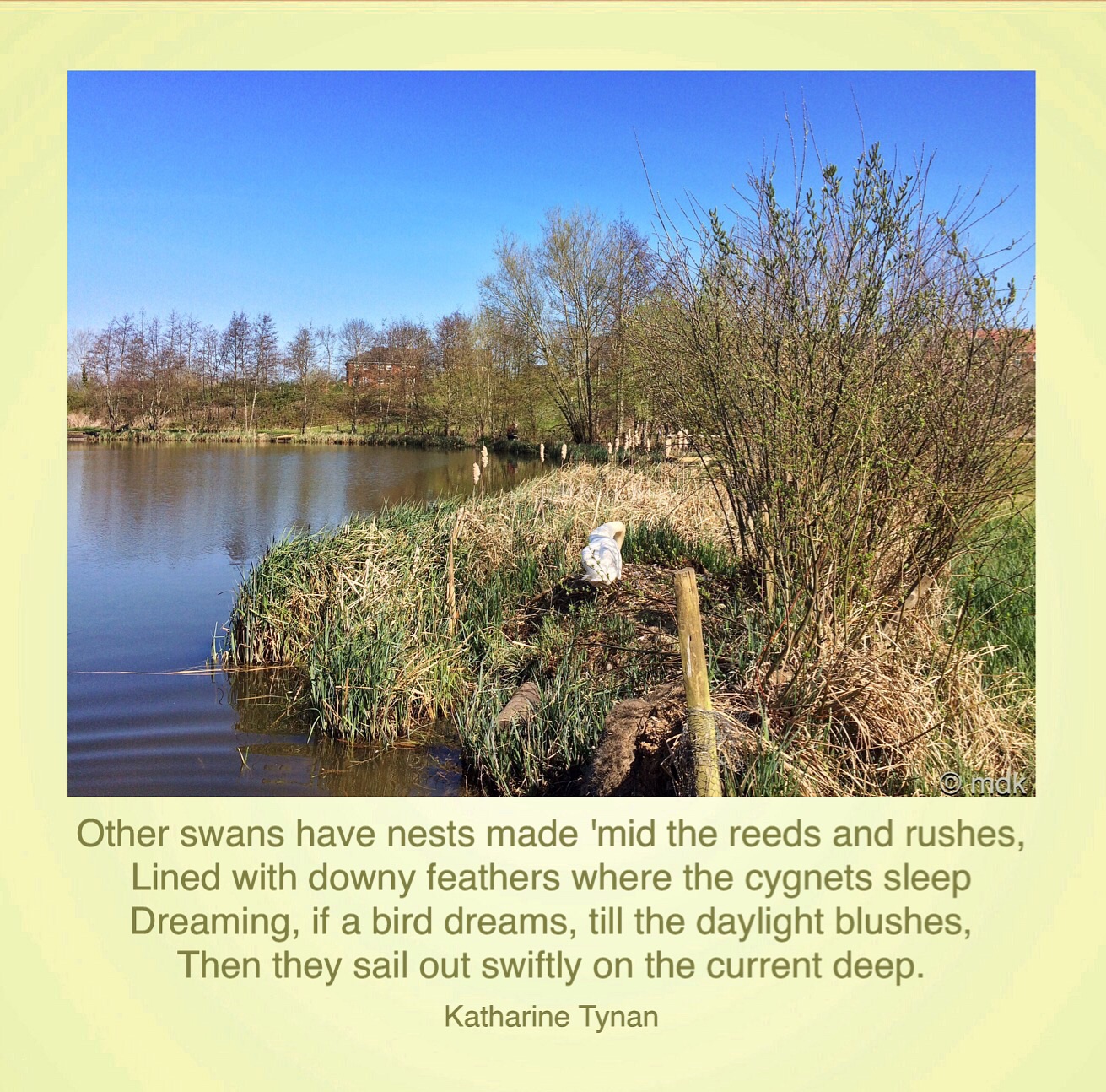 Some time in early June I will certainly come back to see if they’re are any fluffy little cygnets. In the meantime I’m leaving well alone to give her a chance to get on with it. Anyone who finds a swan’s nest should do the same. Apart from anything else they can be quite aggressive in defence of their nests and I wouldn’t want to argue with an angry swan.