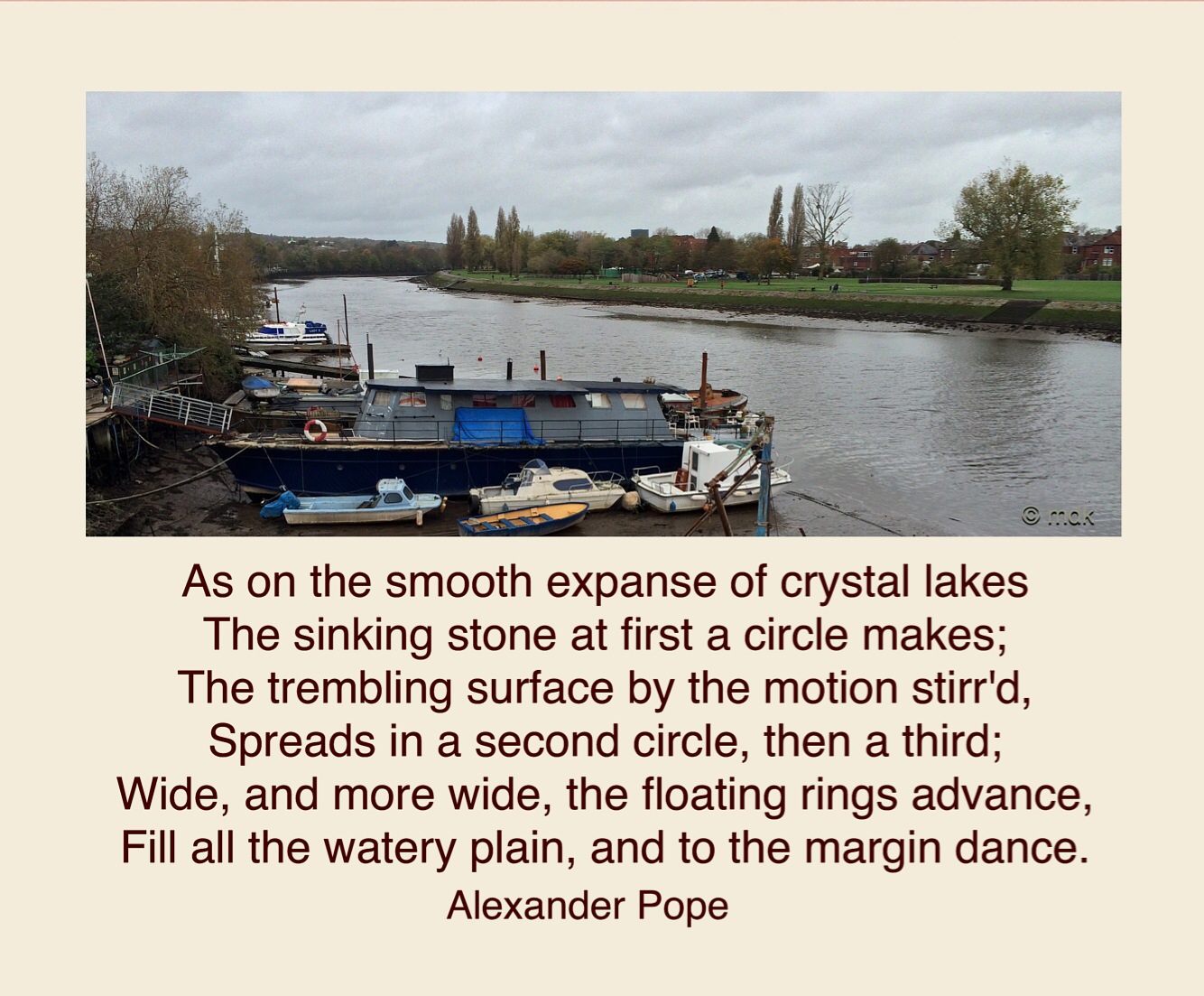 This weekend was supposed to be the Walking Is Exercise Too! November walk. There were big plans for lots of miles. When I woke to the sound of rain dashing against the window and howling wind I revised them. There is only so much water a girl can take after all. After a lot of head scratching and some googling I decided to visit two local places that complete the circle of last weekend’s walk.

The rain had stopped when I set off on an echo of Saturday’s walk to work but I knew it would probably be back. On Cobden Bridge the sky was grey and heavy with water as I crossed the Itchen. In St Denys I passed the red brick church, built in 1868 by Sir Gilbert Scott. Mounds of wet autumn leaves echoed the colour of the bricks and an old fashioned lantern over the door picked up the theme. The wind blown leaves eddied about my feet. As the leaves circled at my feet memories of many other walks on this road circled my mind. Soon I was passing the narrow cut that once led to my flat, I was surprised it was still there. My daily walk to work once comprised walking down the cut, past the Dolphin Pub and onto the platform of St Denys station. The pub remains but the path is now a dead end thanks to the new dual carriageway that marks a border between St Denys and Portswood.

My route curved away from the loop of the railway line I’d been loosely following and up towards the Avenue. The trees, a mixture of autumn and winter, showed the passing of the year, seasons changing as our little planet circles the sun. Another turn and I was on Archers road where The Dell, former home of Southampton Football Club, had once been. Walking past the new houses I stood for a moment on Milton Road remembering my last look at the pitch and past walks of celebration and commiseration. 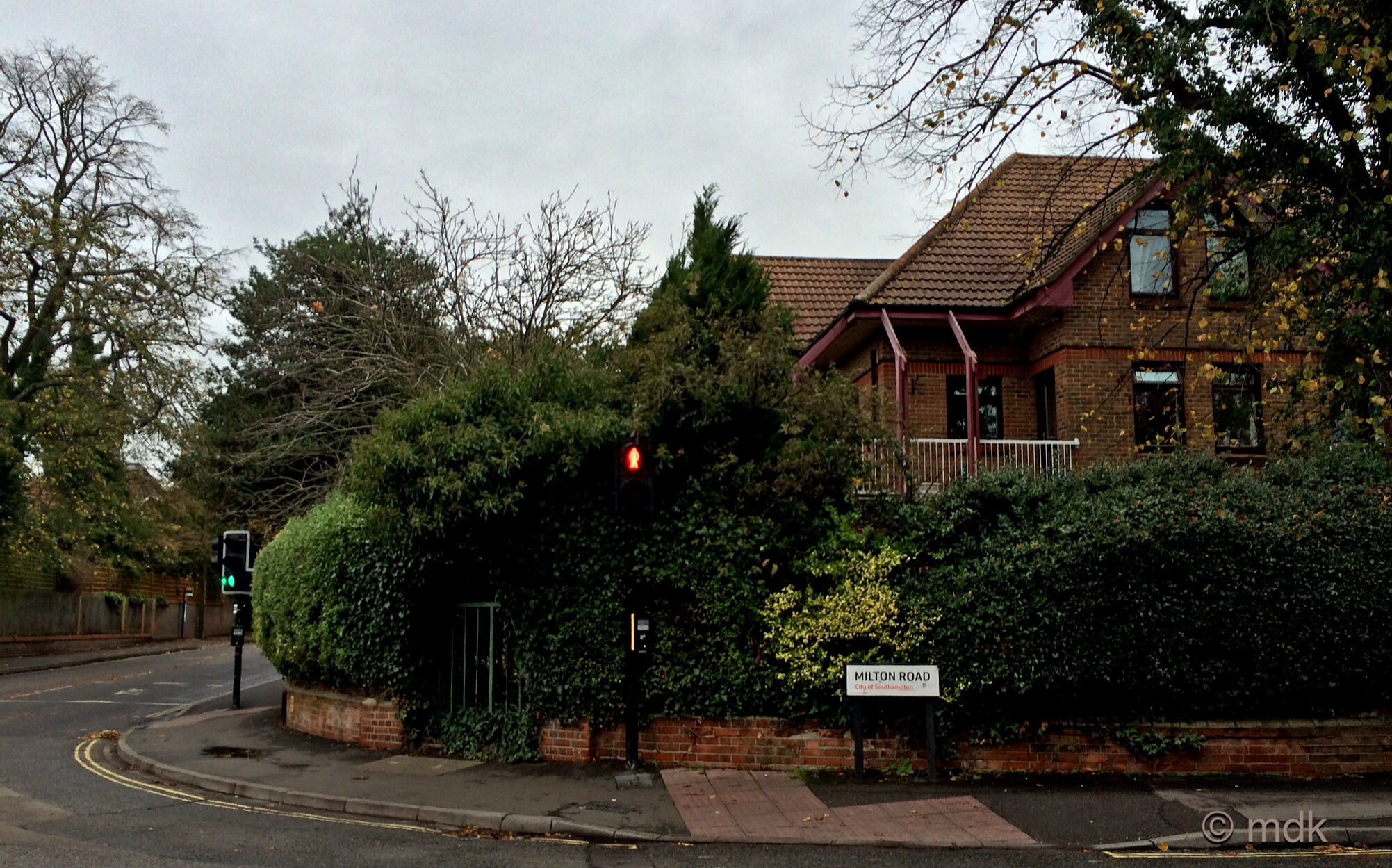 On Hill Lane I consulted the map I’d downloaded and sneaked between buildings towards a small wooded area. This was where my plan fell apart. Clambering down a steep bank I found a wire fence cutting me off from my goal, Conduit Head. In 1290, the Franciscans, whose friary hid behind the medieval town walls, were gifted Colewell Spring by Nicholas de Barbeflet, Lord of Shirley Manor. The Conduit Head, a stone, domed structure they built to transport the water, is hidden in this little wood.

Hidden is the operative word. When I peered through the mesh of the fence I could see an ivy covered arch and a tall, slim brick column. I knew there was a tiny stone gatehouse and several subterranean chambers, whether this is part of it or something else altogether I couldn’t tell. Perhaps there is a way into those woods but I didn’t manage to find it.

Disappointing as this was, the second part of my mission was going to be far easier. The water from Colewell Spring and other springs rising near the Polygon and Grosvenor Square was collected in a Waterhouse, called Conduit House, built at some time between 1290 and 1310. Surprisingly, I knew exactly where it was without even looking at a map. Once upon a time I passed it almost every day.

For most of the first decade of this century I worked at Dream Factory. Originally their offices were in the centre of town in a beautiful old listed building but, around 2002, they moved to a newer building behind an old stone wall right next to a converted church.

The church, once St Peter’s, was built in 1845 by O B Carter. In the 1970’s it closed and has since gone through several transformations from nightclub to pub and then restaurant. It was a handy place to have right next door and we often ate our lunch there or had a cup of hot chocolate on a cold day. It felt strange to climb the steps and face my old office again. Bittersweet memories.

The office and the church/pub/restaurant, beautiful as it is, were not my objective. Even so I stood for a while remembering happy times. So many after work drinks sitting in the sun, dashes to taxis bound for airports, photo shoots, brochure deliveries and that last walk past the church, holding back tears when it was all over. 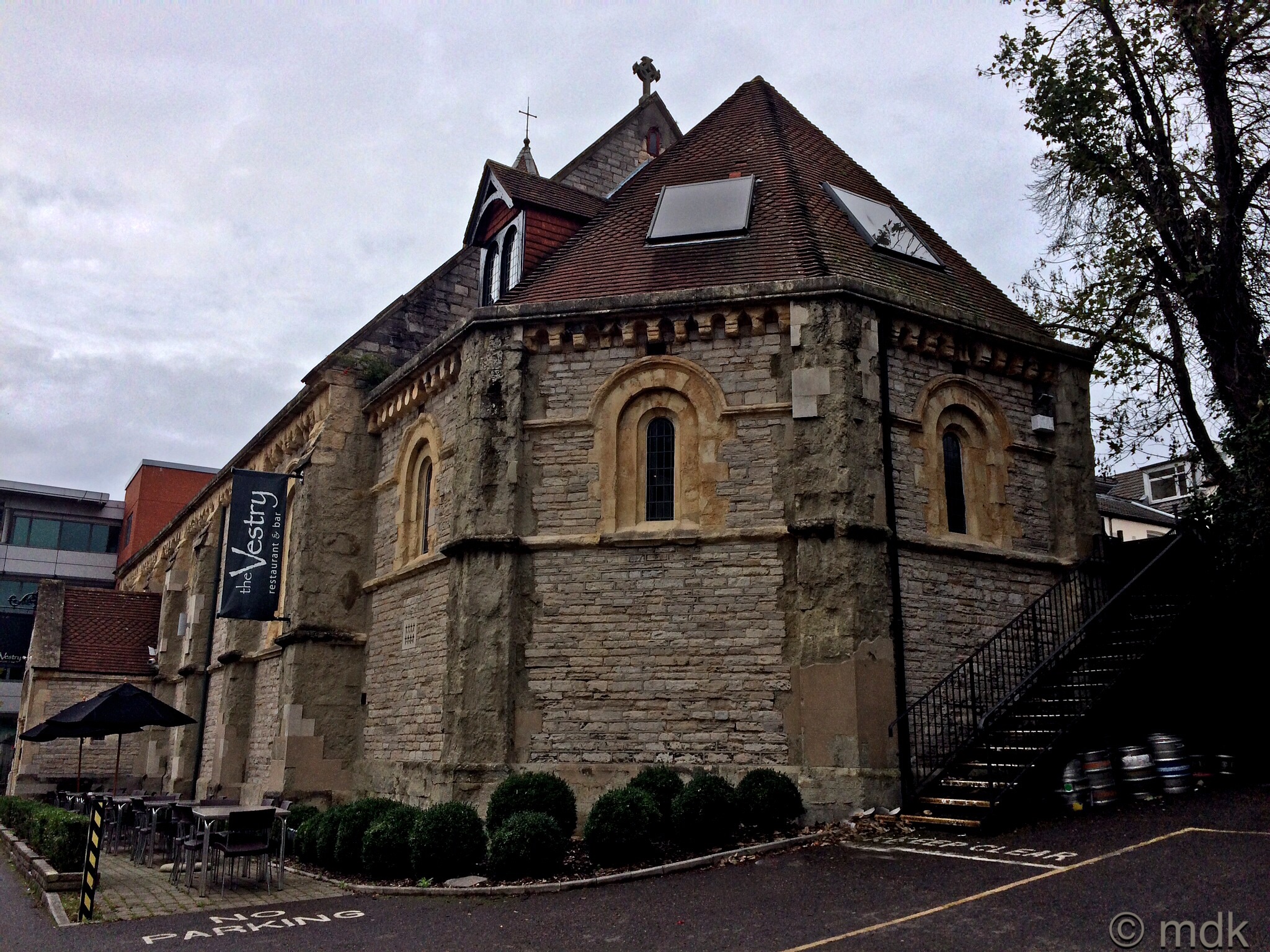 The walk took me past Conduit House, right on the corner, where the shared path meets the road. It’s a tiny stone building with a stone pitched roof, like a cottage in miniature. In 1311 the friars granted the use of their water supply to the town and, by the fifteenth century it supplied almost all Southampton’s needs through a grid of public conduit houses. It’s hard to believe that the Colewell Spring and this little stone building remained the major source of groundwater for over five hundred years. When it was transferred to the town council in 1420 it became one of the earliest known examples of a municipally controlled water supply. The stones are moss covered and, here and there, ferns and weeds have taken hold between them. Beside a door so small a child would struggle to get through, I found an intriguing hole between the stones but, try as I might, I couldn’t see inside. Behind there’s a tiny fenced and gated garden overgrown with weeds. The last time I walked past this curious little building I was fighting back tears on the day I was made redundant. On Sunday, the only moisture came from a few drops of rain in the air. This time I looked back briefly before climbing the hill towards the city centre. On Havelock Road the clock tower of the Civic Centre was shrouded in scaffolding. I passed behind it, skirting Watts park where autumn is finally colouring the leaves and the circle of the seasons is closing. Water tinkled in the Art Gallery fountain but the rain had stopped. The High Street and Above Bar were busy with early Christmas shoppers and I wove my way through them to the Bargate. On the other side of the arch I rewarded myself with coffee. The little Spanish barista was serving. Despite not having seen me for the best part of a year he smiled and said “medium skinny latte to go.”
“You have a very good memory,” I said, “but today I’m going to sit down and enjoy my coffee.”
“How could I forget my favourite customer?” he laughed. “The day is all the better for seeing your smile.” My last port of call was the friary where I ended my walk last week. Of course the building is long gone, just the name on a modern office block and some commemorative tiles remain as an echo of the past. For a few moments I stood looking down the narrow alley trying to imagine what it must have been like. The old lichen covered walls and Friary Gate are all that’s left now, along with the legacy of the clean spring water that sustained the people of this city for so long. As I walked past the abandoned offices of Silver Helm and through Hoglands Park the clouds were finally parting giving a glimpse of blue sky. My thoughts were filled with ripples of my history. This walk had taken me in circles connecting the echoes of my past with my present. A glimpse of the new football stadium through the lattice ties of the railway bridge completed another circle of the old with the new. On the river path I stopped to take a picture of the bright lichen on the wall and, when I turned, there on the grass behind me a fairy ring made me smile. One last circle to complete a day of circles, ripples and echoes of the past.