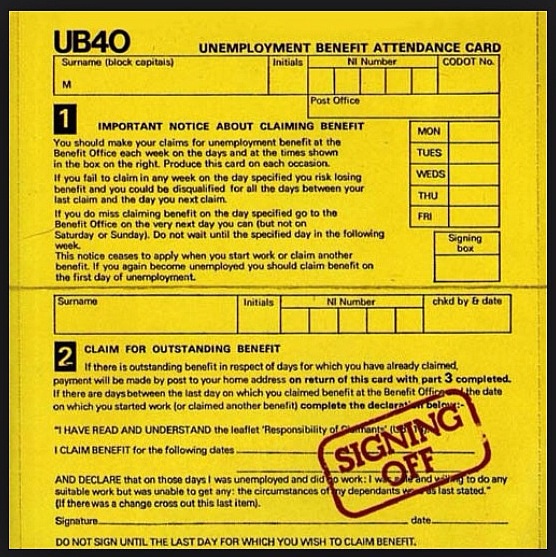 The first official day of spring 2014 and, as I walked in the bright chill of the morning, there were songs going through my head. These were songs I haven’t listened to for real for a long time, from an album by reggae band UB40. In fact they were songs from their very first album. You may be wondering why songs about, among other things, Gary Tyler, languishing in a Louisiana gaol for thirty odd years, or Martin Luther King, were going through my head. The reason is the name of the album, Signing Off, named because the band were all on the dole until that album was released. This was the day I was going to sign off myself. END_OF_DOCUMENT_TOKEN_TO_BE_REPLACED