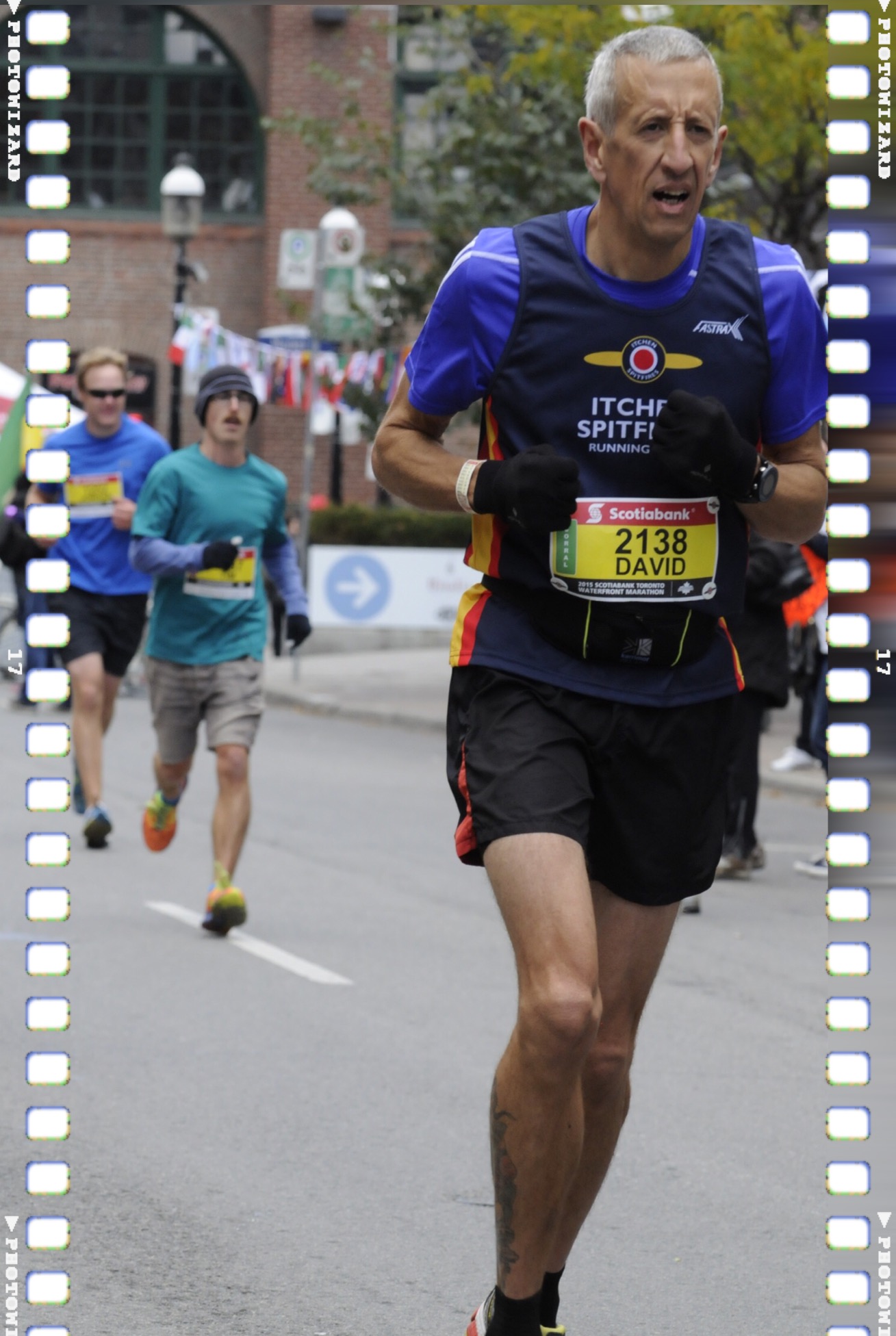 So there I was waiting around like a troll under the bridge near Toronto’s Distillery District wondering if Commando had already gone past and, if not, exactly where he was.  Now I’d stopped moving I was getting cold again and the light wasn’t the best under there the expressway so it was touch and go whether I spotted him at all. Runners came past in dribs and drabs and I squinted at them all. The problem was I didn’t know exactly when he’d crossed the start line or how far I was from the cheer point. The longer I waited to more worried I got. END_OF_DOCUMENT_TOKEN_TO_BE_REPLACED 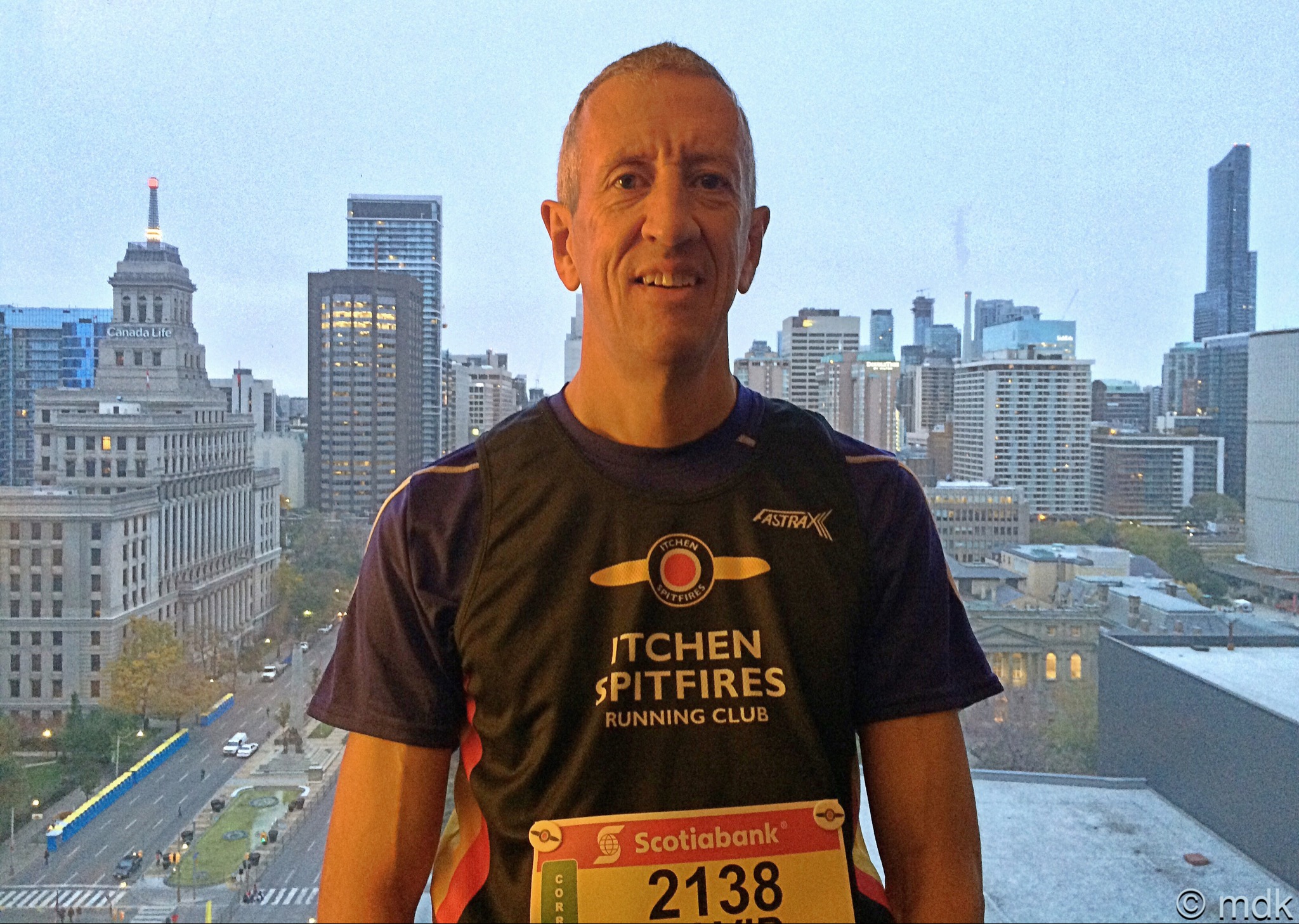 The hotel restaurant had barely opened when we went down for breakfast but, with the marathon starting at eight forty five, far earlier than most, we had to eat early. The only other diners were also runners. Back in the hotel room Commando put on his shorts and Itchen Spitfires running shirt and checked his bum bag one last time. Outside the window a row of blue and yellow portaloos had appeared overnight and I could see the start line a little way up University Avenue. We stood in front of the window, using the view as a backdrop for a pre race photo of each of us and then tried to watch some TV to take our minds off the day ahead. Most of it was about the Blue Jays second loss in the series. I hoped this wasn’t an omen for the race. END_OF_DOCUMENT_TOKEN_TO_BE_REPLACED