Today I had some business in town and, when I’d finished, I thought I’d have a look at the progress on the Bargate Quarter. By all accounts exciting things were happening there, although work wasn’t quite going to plan. In fact, the scheduled opening date of autumn 2019, now looks overly ambitious. In the circumstances, this was understandable but the online grumbling about the development was disappointing, depressing and downright frustrating.

The sky was blue, the sun was out, it was, I later discover, the hottest February day on record. Even though I’d left home for the three mile walk to town rather overdressed and was, by now, way too hot, the parks made me smile as I unbuttoned my coat, unwound my scarf and walked through. Winter is slowly losing it battle against spring. While most branches are still bare there are flowers bursting on the camellias and daffodil clumps brightening the grass.

The ribbon of beautifully tended parks running through the city centre from Chapel to London Road was once the Lammas lands surrounding the old walled town. This common land was used to grow crops by Southampton’s Medieval residents from spring until August each year. After the harvest the cattle and other animals grazed there.

Between 1854 and 1866, the common land was slowly turned into the beautiful, award winning, parks we have today. As I strolled through I couldn’t help wondering if the Victorian residents moaned as much about the changes as today’s keyboard warriors do? Did they gripe about the public money being spent on laying paths, planting shrubs or erecting statues of prominent citizens like Palmerston? Did they despise every new building and hark back to the good old days of stocks, public hangings and the town ditch overflowing with sewage? Maybe they did. Humans, at least some of them, seem particularly resistant to change.

Like the changing of the seasons, change in the city is inevitable. The needs of the population are not static and some buildings and amenities outlive their usefulness or popularity. Some change comes from changed attitudes, stocks, gallows, zoos and bird aviaries are no longer seen as acceptable and sewage thrown into town ditches is now known to be unhealthy. The Victorians cleared away overcrowded and crumbling slum tenaments after several gruesome deaths. Those who lived in them were probably not too happy and some, undoubtedly, ended up on the streets or in the workhouse. Poverty and homelessness were not wiped out. They still exist today but we now have shelters, benefits and food banks instead of workhouses. Whether they work any better remains to be seen.

In the early 1900’s the growth of motorised transport saw parts of the medieval town walls torn down to make way for roads. We may look back and lament some of the casualties but the people at the time saw it as progress. Today we cherish our medieval history and call it a tourist attraction. Even so, some of the destruction, like the forty steps, cut into the walls in 1853, are as useful today as they were back then.

Some change is driven by simple economics, when the dance halls, ice rinks, pubs, arcades and cinemas fall out of favour and stop earning their owners money, they disappear. Today’s young people get their entertainment in different ways and spend their money in different places.

Other change comes from war and disaster. There is no doubt that both have shaped the face of our city. The blitz left Southampton burning bright enough to be seen from Cherbourg and the town centre in ruins. A few pre war buildings, like Alfred Waterhouse’s turn of the century Prudential Assurance Building in Above Bar, survived, along with the walls that weren’t torn down. Most did not.

Today our city centre is filled with mostly post war or modern buildings. Some are architecturally quite attractive, others, put up in haste to replace the wartime destruction, not so much. Even they are not immune to change. Businesses rise and fall. Shops open and, either thrive, or close as the fashions and needs of the people dictate. Disasters happen, like the fire in Waterstones bookshop a while back. The scorched shop is now up for rent. Books have fallen out of favour,

As I walked through the quiet, weekday morning, precinct I thought about all the changes I’d seen there in my lifetime. Once this was a busy road, filled with traffic. Crossing wasn’t always easy and sitting outside on the pavement to watch the world go by or have a coffee was unheard of. Pedestrianisation made this part of Above Bar a quieter and more relaxing place. Now there are trees where once there were buses and cars, and places to sit in the sun.

Of course the changes never stop. The first walled beds and seating areas have gone and the whole place seems lighter and more open now. Even so, some people would rather it had stayed as it was. The shops have changed too reflecting the spending habits of the twenty first century. Some, like Woolworths, I miss myself but, if people don’t buy then shops will close. At the bottom of the precinct more change is happening. It seems that the concrete barriers, erected after terrorist attacks in other cities, are being replaced with something more permanent and, hopefully, more attractive. The world changes and the city changes with it.

The Bargate, newly cleaned and repaired, stands as it has since the twelfth century, watching over it all while everything around it slowly evolves. The most recent change is the demolition of the relatively modern Bargate Shopping Centre, built in 1989. In its day, the Internet cafe, games arcade and specialist teen oriented shops were popular but times and fashions changed and it became a ghost town.

The post war shops have been demolished too and, while some complain about their loss, they were never especially beautiful and hid a whole section of the remaining medieval wall. Most people don’t even know Polymond Tower, York Gate and the walls adjoining them even exist and those, like me, who do and ventured down the narrow back alley to see them did not have a pleasant visit.

Along with the parked cars and overflowing rubbish bins, the narrow back alley was often home to drunks and worse. It never felt the safest place to walk. Then there was Bargate Shopping Centre, built so close to the wall it was touching it in places. Often I would peer through the locked gates and arrow slits and wish it was possible to walk inside. Of course the piles of rubbish, old bikes and other unpleasant things would need to be cleared out first.

Now the Bargate Shopping Centre and the shops beside it have gone, apart from the marble art nouveau facade that was once the frontage of Burtons. This is being saved and incorporated into the new buildings. Those who mourn are really just looking back with nostalgia at their youth and not the buildings they haven’t visited since those heady days. They forget that each generation has it’s own pursuits and fashions. Time marches on and the world changes.

A peeep through the plastic glass opening in the hoardings revealed a landscape of gravel, dirt and debris, along with a new view all the way to Debenhams. The old walls are hidden for the moment behind protective boards and scaffolding but, in time, they will be revealed in all their glory. No doubt the naysayers, like those who protested at a lumpy car park being built over to create the Watermark Development, will soon be enjoying a stroll, a browse and maybe a meal there. Personally, I can’t wait and I’m sure the Bargate, if it had human feelings, would be pleased to be reunited with some of its adjoining walls.

My wait will now be a little longer but I’m not grumbling. Any building work in the centre of the city is accompanied by archeological investigation. In this case, the demolition of the shops on Queensway, has revealed some interesting artefacts and work has been halted while the archaeologists investigate further. This is just as it should be. The history will be uncovered and preserved and then the work will begin again.

When I left the Bargate behind I walked down East Street and along the back of the old Bargate Shopping Centre to see what I could see. Through the wire fence I spotted the archaeologists working away amid the remnants of the old shops. What they’d uncovered I couldn’t tell but I’m sure it’s interesting.

Over the red hoardings I could just see the top of the Bargate. It’s a view of the iconic building I’ve never seen before and it suddenly seemed much closer than it had before. Thinking I might get a better view from Hanover Buildings, I carried on to the bottom of East Street and walked along Queensway. Here I discovered another viewing window. Through it the footprints of the old shops were easy to see but, if there was anything of archeological interest there, I couldn’t tell.

Around the corner, behind Hanover Buildings, I got a different view of the same thing. There was a time when I often strolled along York Walk, past all the rubbish and parked cars to look at Polymond Tower and the walls. Right now all that’s visible is one edge of the tower and the flag flying on top of the Bargate. Soon though, it will be a whole new walk.

Of course, the new Bargate Quarter development will also have shops, restaurants and apartments. The developers are business people and wouldn’t be investing in such an ambitious project unless there was money to be made from it. There were shops and restaurants there before though, so it’s hardly a big difference.

The biggest grumble seems to be that some of the accommodation will be for students. For some reason there are people who strongly object to the young people studying at our universities to become the scientists, doctors and teachers of the future. They certainly don’t want to see them living in the city and blame every party, piece of litter and social problem on them. Like most young people, they’re not all angels but, surely, it’s far better they live in purpose built halls of residence than share large houses elsewhere, houses that could be used by families. They certainly contribute to the local economy, even if the money they spend comes from their parents.

In my eyes, the new development, like the Watermark, is, on balance, a good thing. As for the moaners, I guess they just like to have something to gripe about. I’m very glad I don’t live in their world. 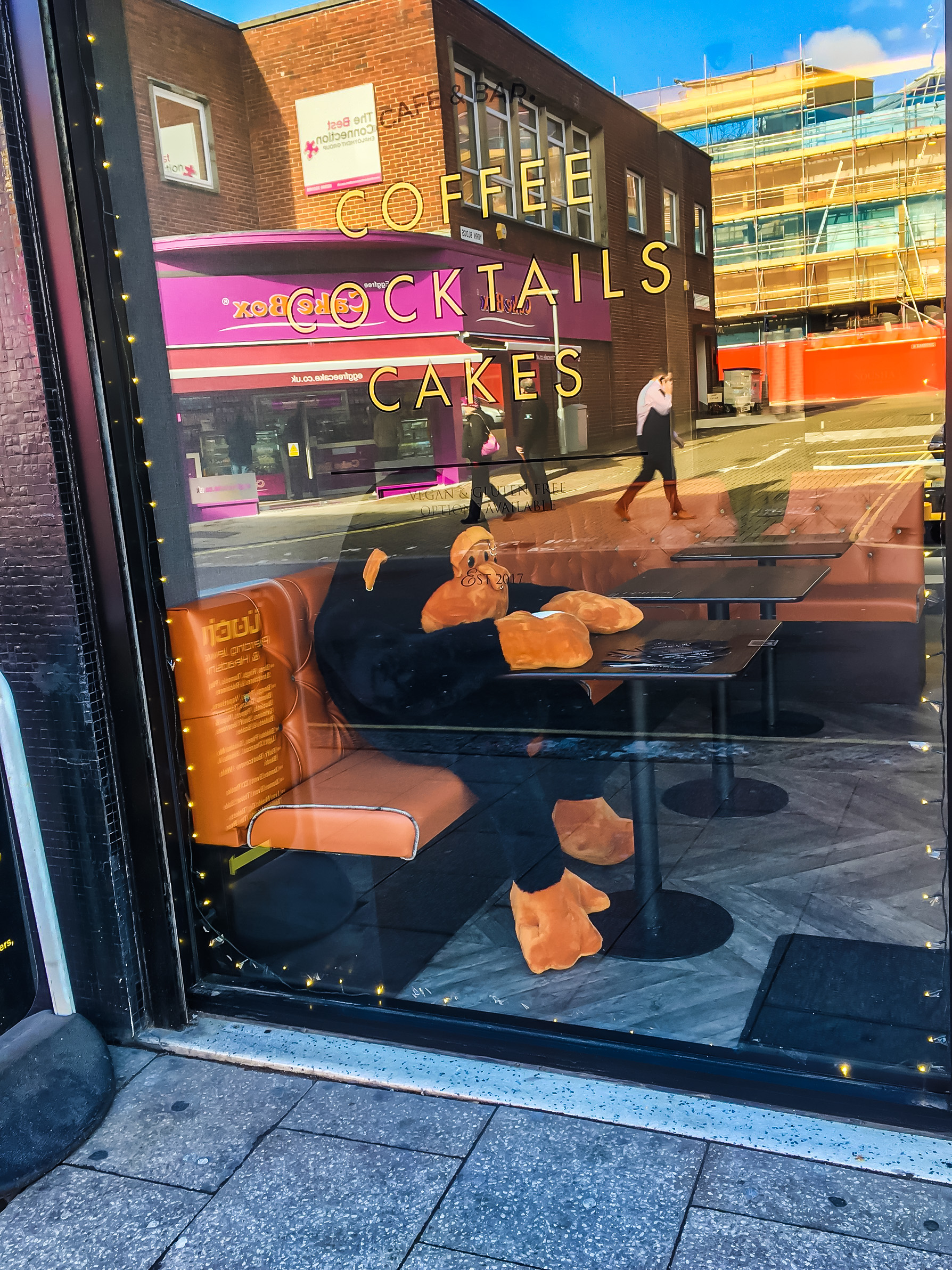 For many years the medieval walls from Bargate to Polymond Tower have been neglected and largely forgotten. They are so well hidden behind the shops on Hanover Buildings and the old Bargate Shopping Centre many people don’t even know they are there. Those that do venture along York Walk are often met with a dark, dingy, rubbish strewn journey. With the demolition of the Bargate Centre, this is about to change. There are ambitious plans to open up York Walk and make a feature out of the walls and towers there. Demolition work began a few weeks ago and today, as I was in town on business, I thought I’d see how it was going. END_OF_DOCUMENT_TOKEN_TO_BE_REPLACED