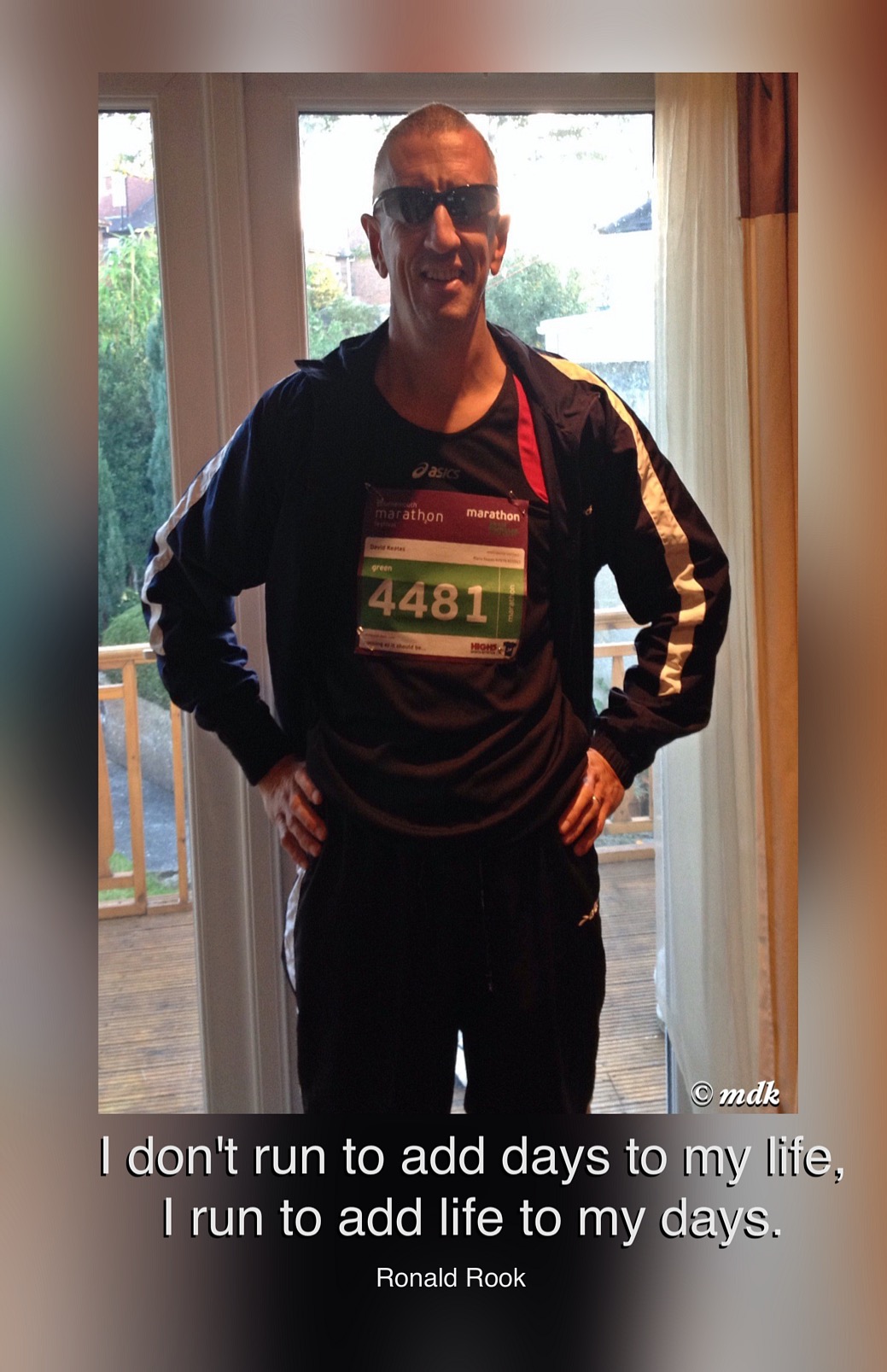 After six months of training, the day of the first ever Bournemouth Marathon had finally arrived. It was also Commando’s first ever marathon and it began very early. When I got up, at six, it was still dark. As I ate my granola and drank my morning smoothie the sun came up slowly outside the gym window. All the while Commando was calmly stuffing himself with carbs. He said he wasn’t nervous but there was a slight frisson in the air, maybe it was excitement.

Outside it was cold but bright. The sun was just rising above the rooftops at the top of the hill. I watched it grow bigger through a dew covered windscreen as Commando warmed the car. Driving through the New Forest the fields and heathland beside the road were swathed with mist, so beautiful in the morning light I wished we could stop so I could take a photo. 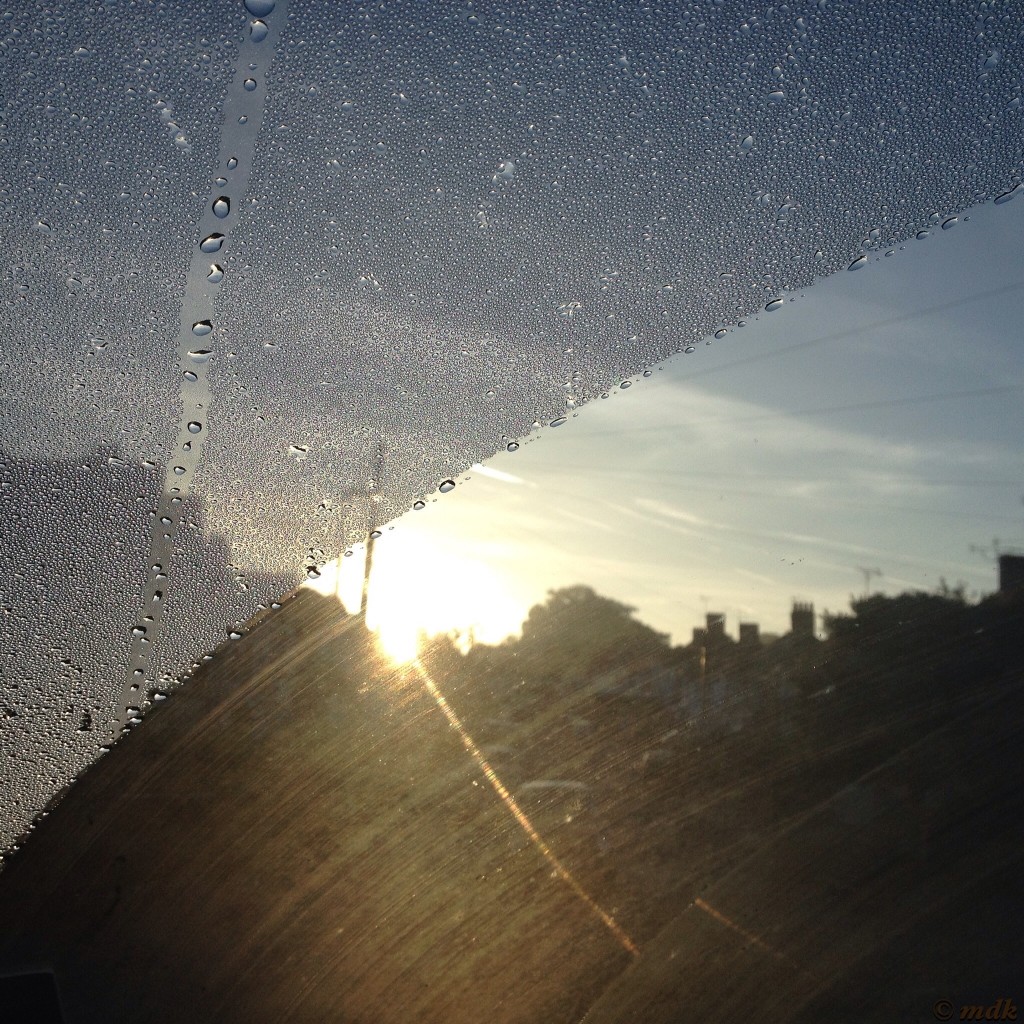 This time there was no getting lost and we arrived in good time at Dean Court, the Bournemouth Football ground. I was surprised how small it was and how cold it still was too. While Commando went off to pay for parking I made up for lost photo opportunities trying to capture the sunlight glinting off the shrubs dividing the rows of cars. There were purple berries half hidden amongst the green leaves, glistening with dew and criss crossed with spider webs. 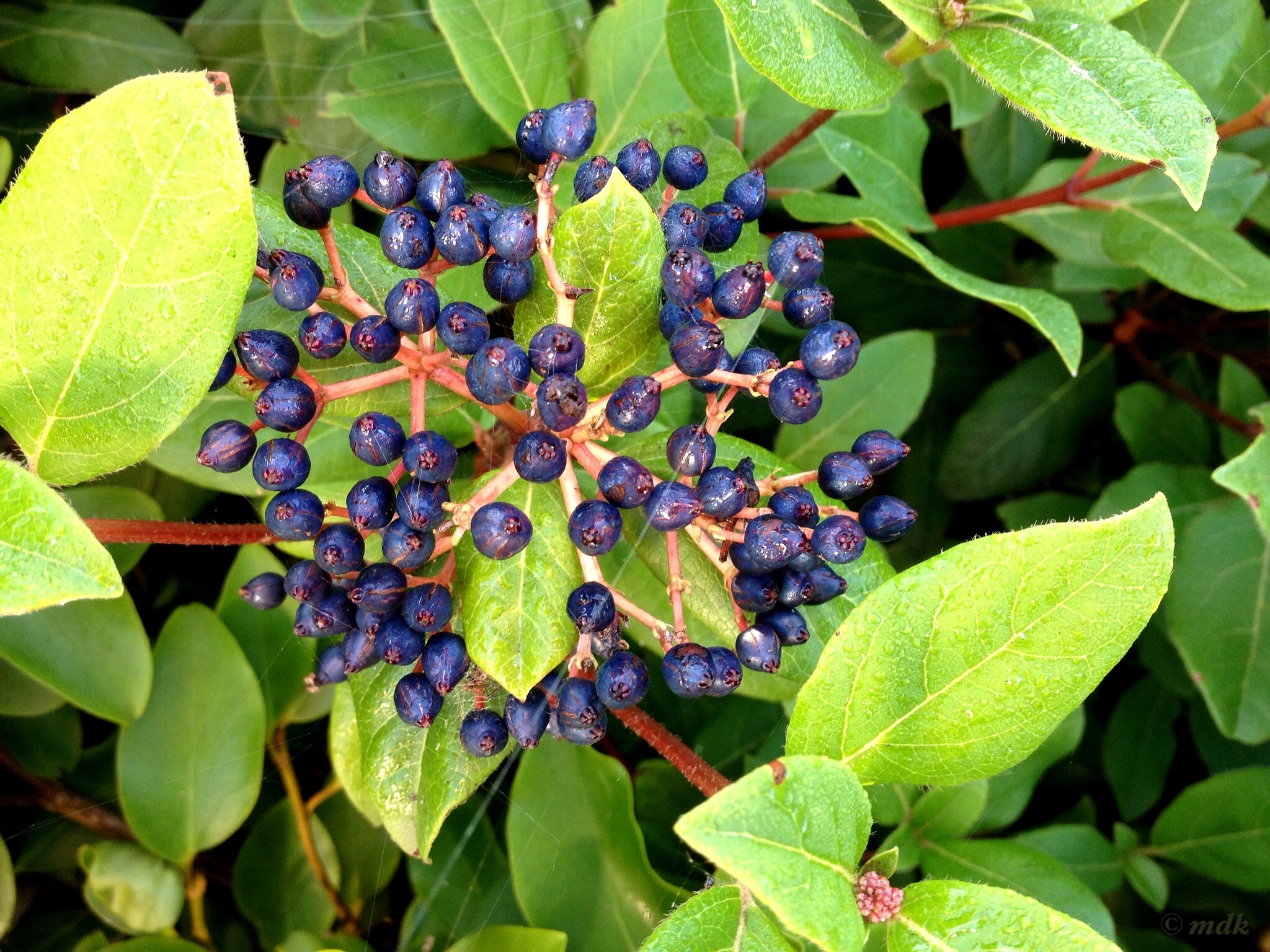 Then there was some waiting around. I amused myself taking photos of the mist swirling through the tall pines. Commando amused himself queueing for the portaloos. There were tiny toadstools from white to creamy brown sprinkled amongst the glowing jewels of dew on the grass and, while I waited, I snapped away at them. I was so caught up with my photo taking I didn’t even notice Commando come back until he called out, “hey, David Bailey!” showing his age with his choice of photographer. 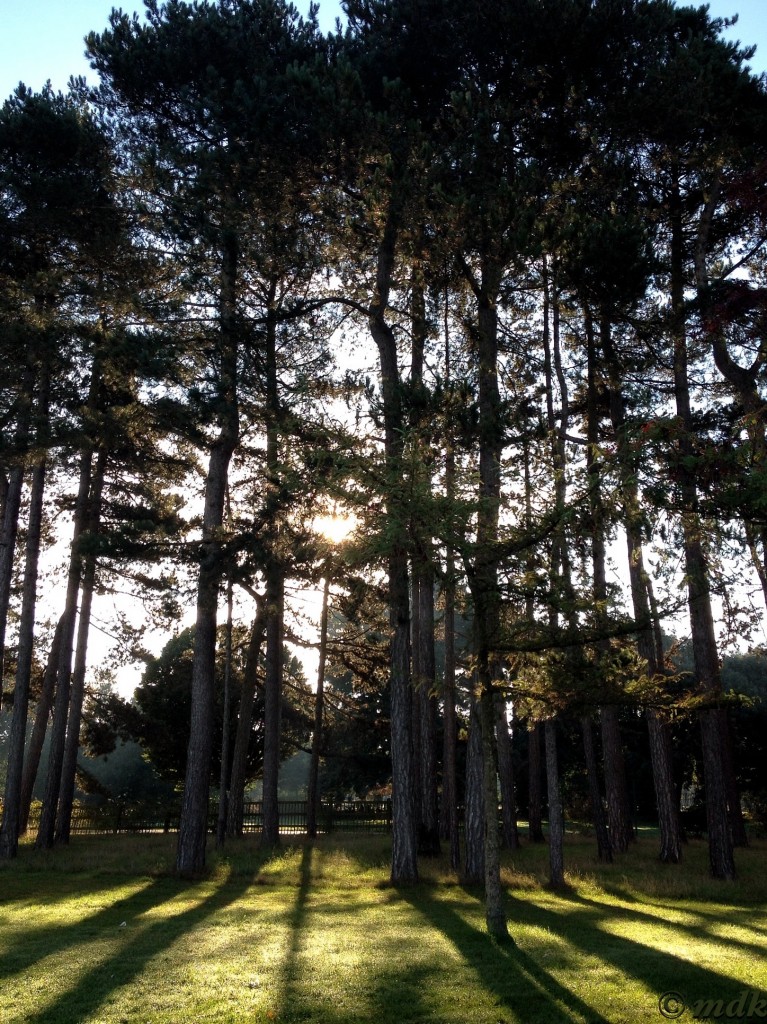 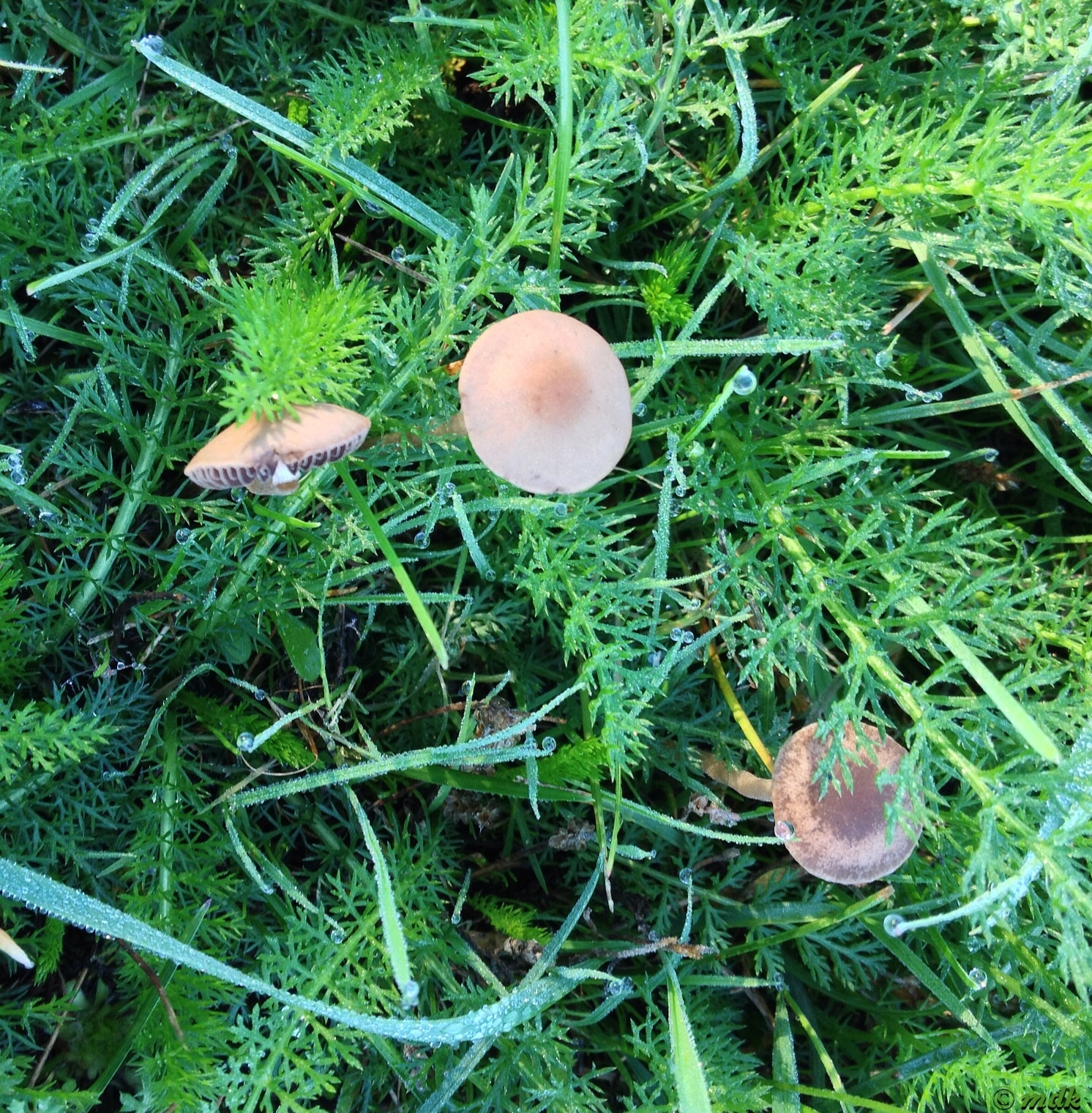 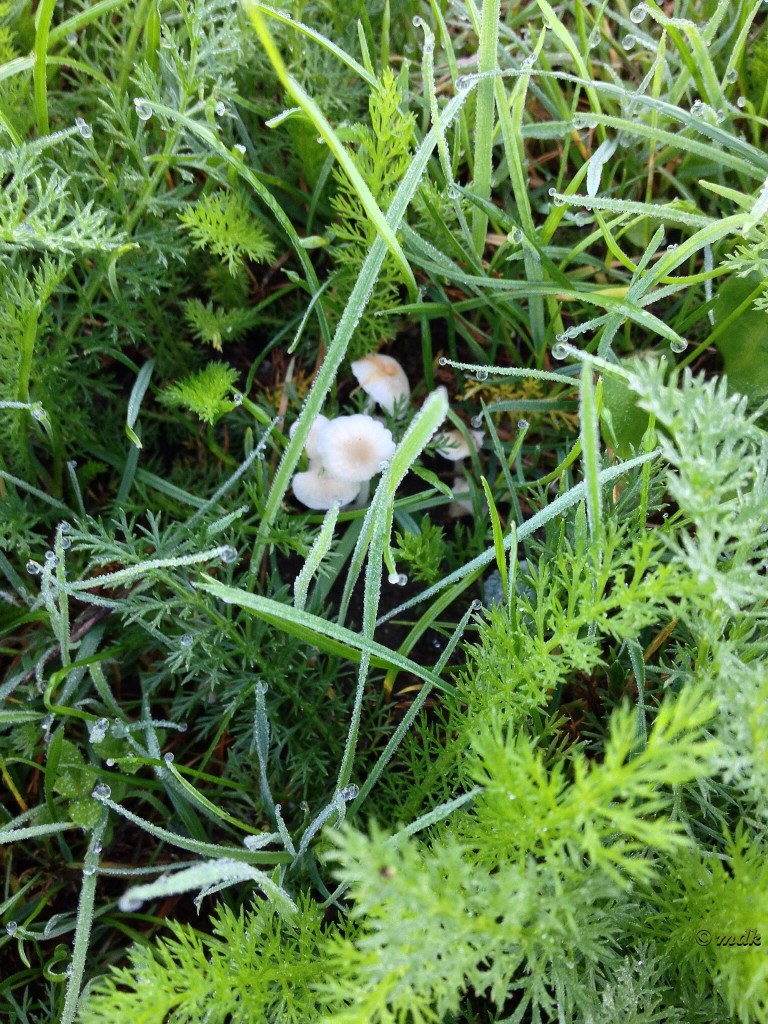 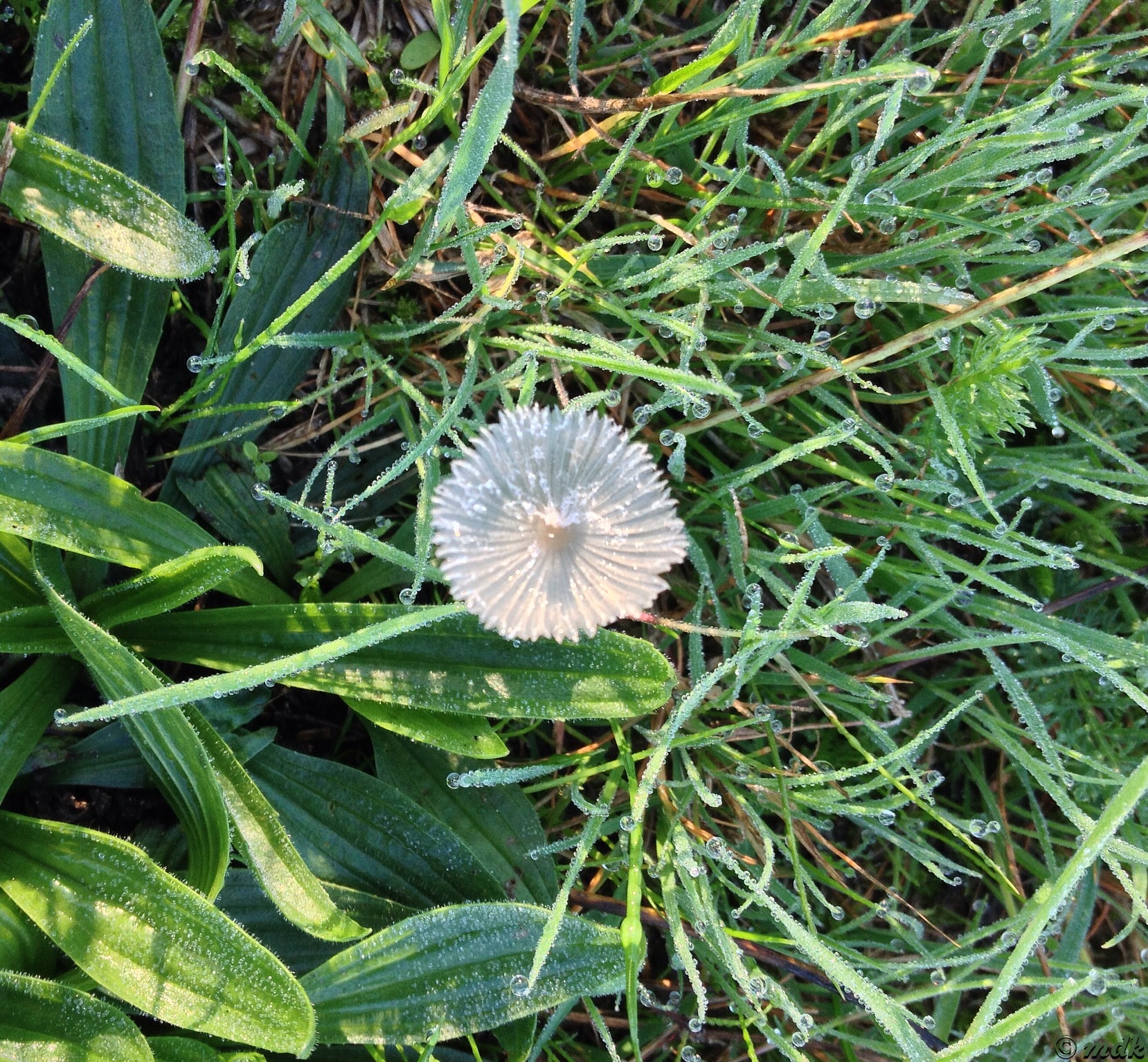 When Commando got bored of checking out the spongy surface of the running track we wandered off towards the pens. Here runners and their kit men come blister technicians (that’s me) were milling about. Some stretched out, some sat around fiddling with iPods, others, like the man dressed as The Joker, running to promote blood donation, found a quiet corner to sit and contemplate the task ahead. Commando stretched and paced. I just wished they’d get on with it, I hate waiting around for races to start. If I had my way I’d turn up just as they fired the starting pistol. 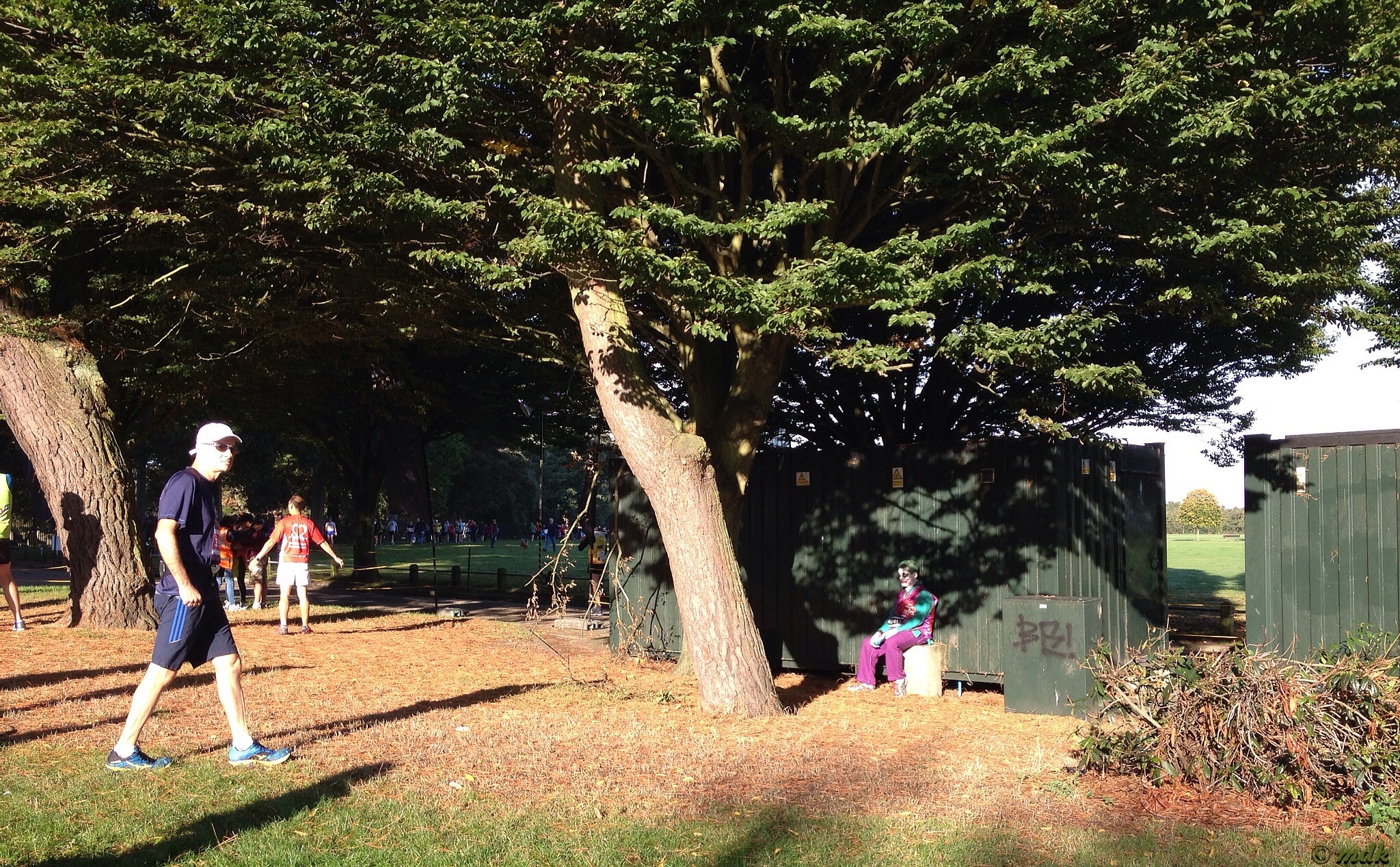 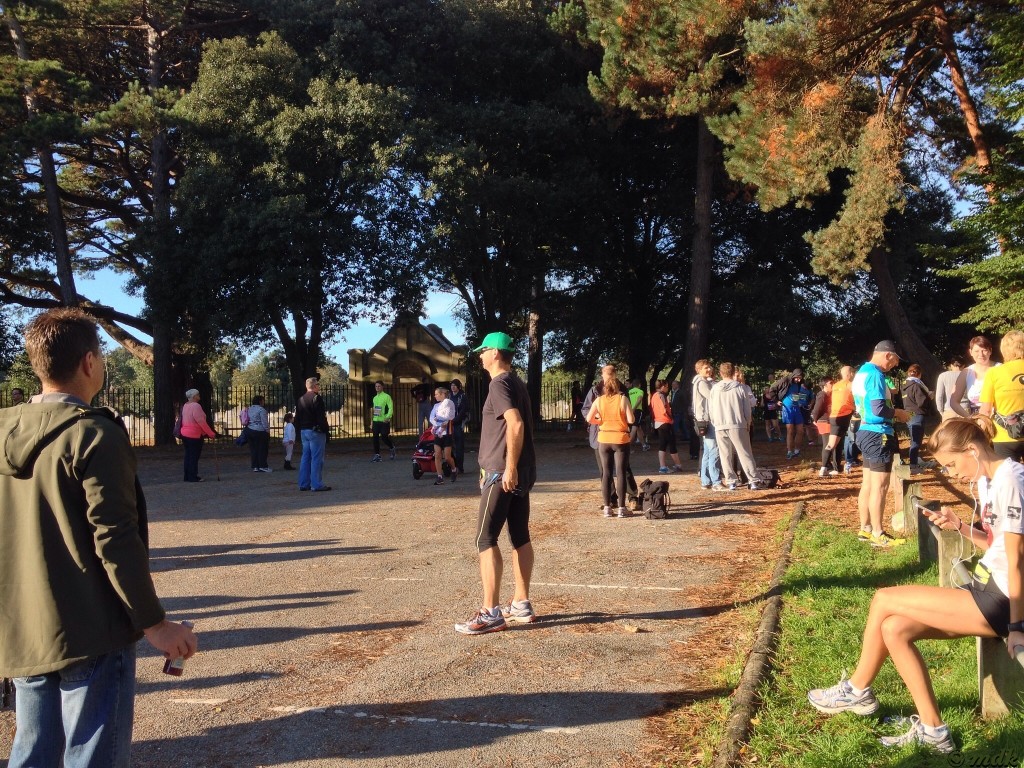 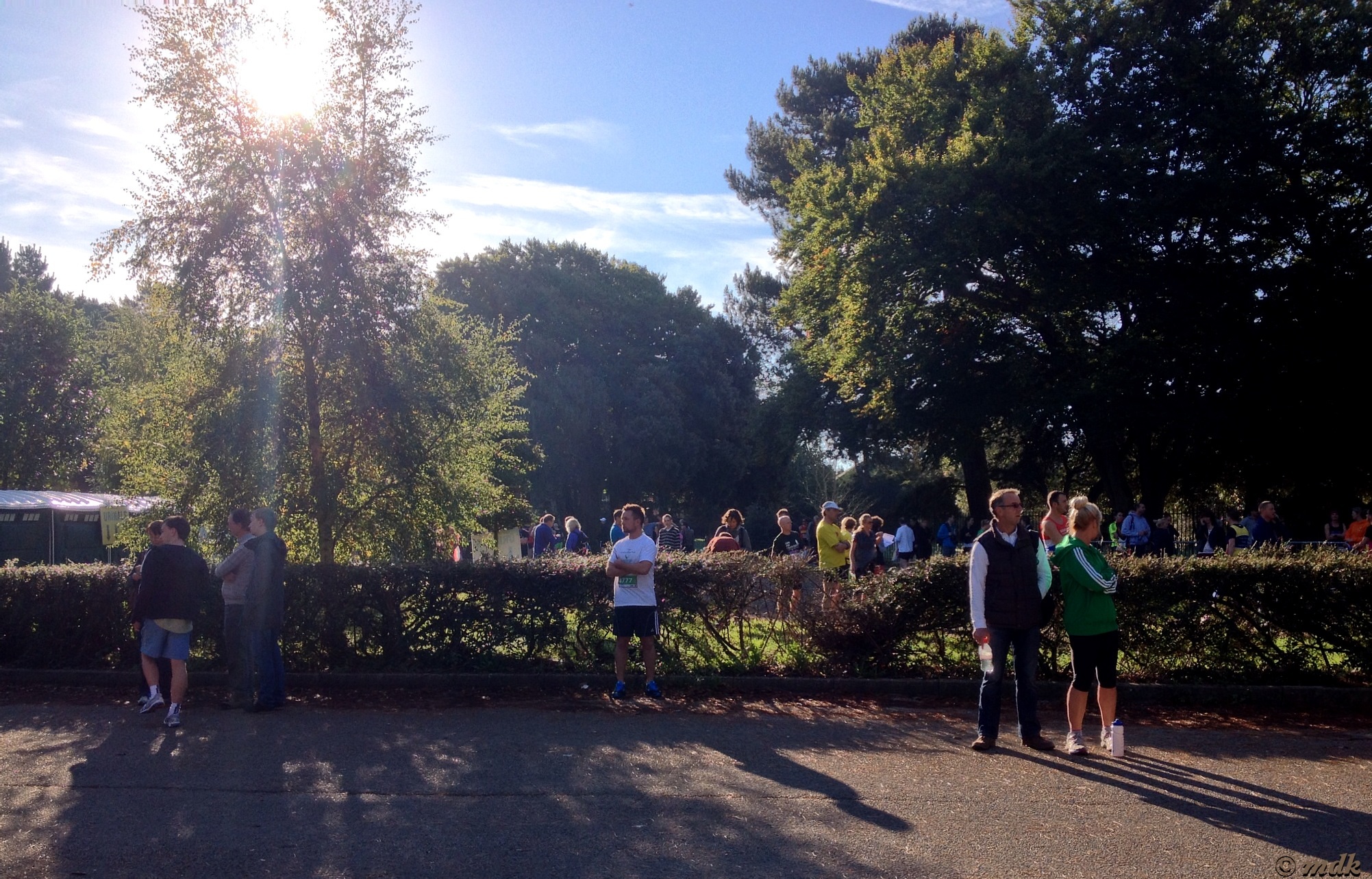 When they called for runners to go to their pens I took one last prerace photo of Commando and watched him disappear into the crowd. Being rather short, I struggle at these things to get a view of any kind so I spent the next few minutes jostling for a place where I could see something. At the last moment, as the runners were beginning to shuffle towards the start line I spotted Commando, just as he spotted me and waved, and took one more last prerace photo. Once again he disappeared behind all the tall people at the front so I squeezed myself a little further along to see if I could get just one more look. My final last prerace photo was of his back, seen through a haze of bright autumn sunbeams, plodding along towards a start line I had no hope of seeing. 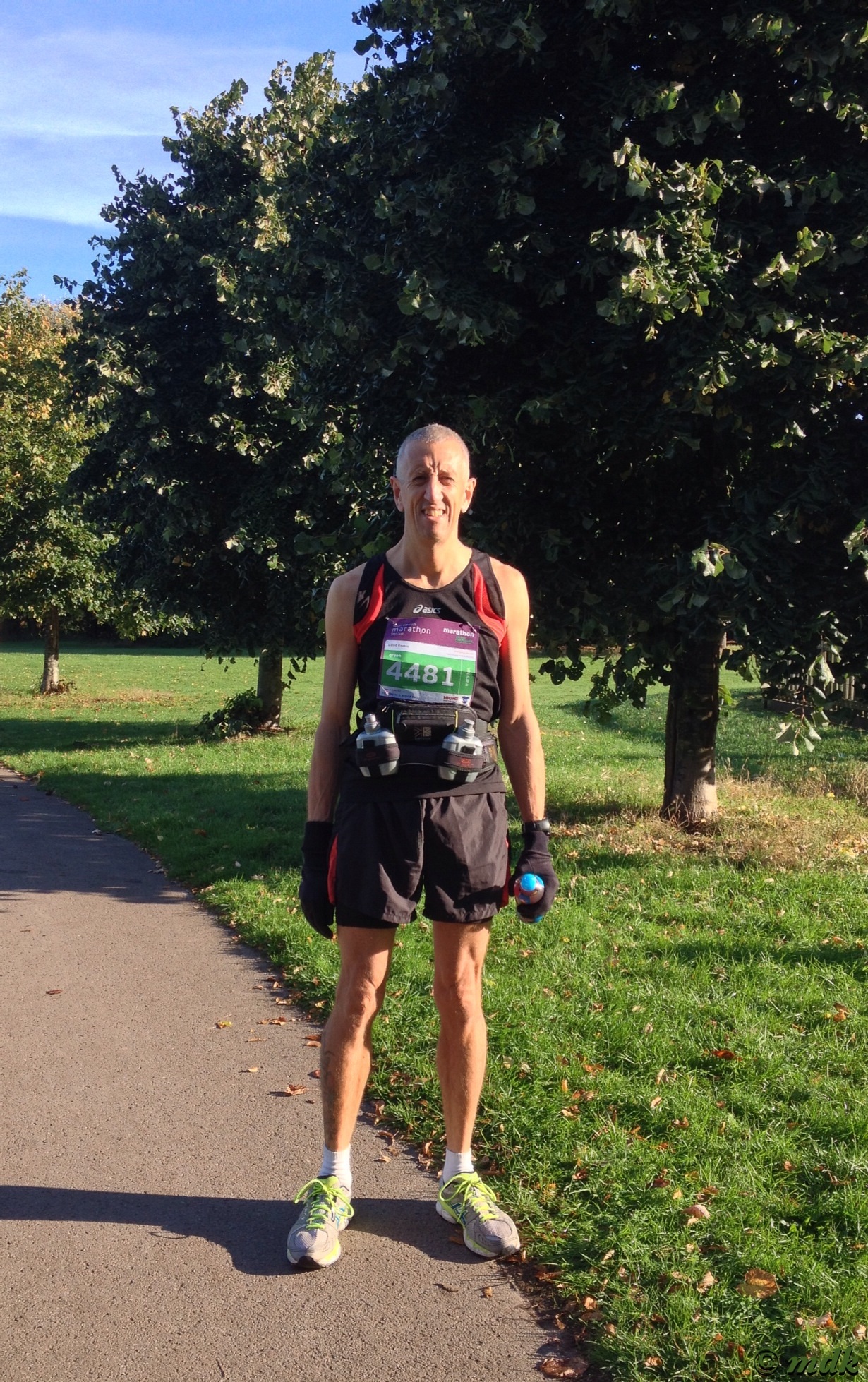 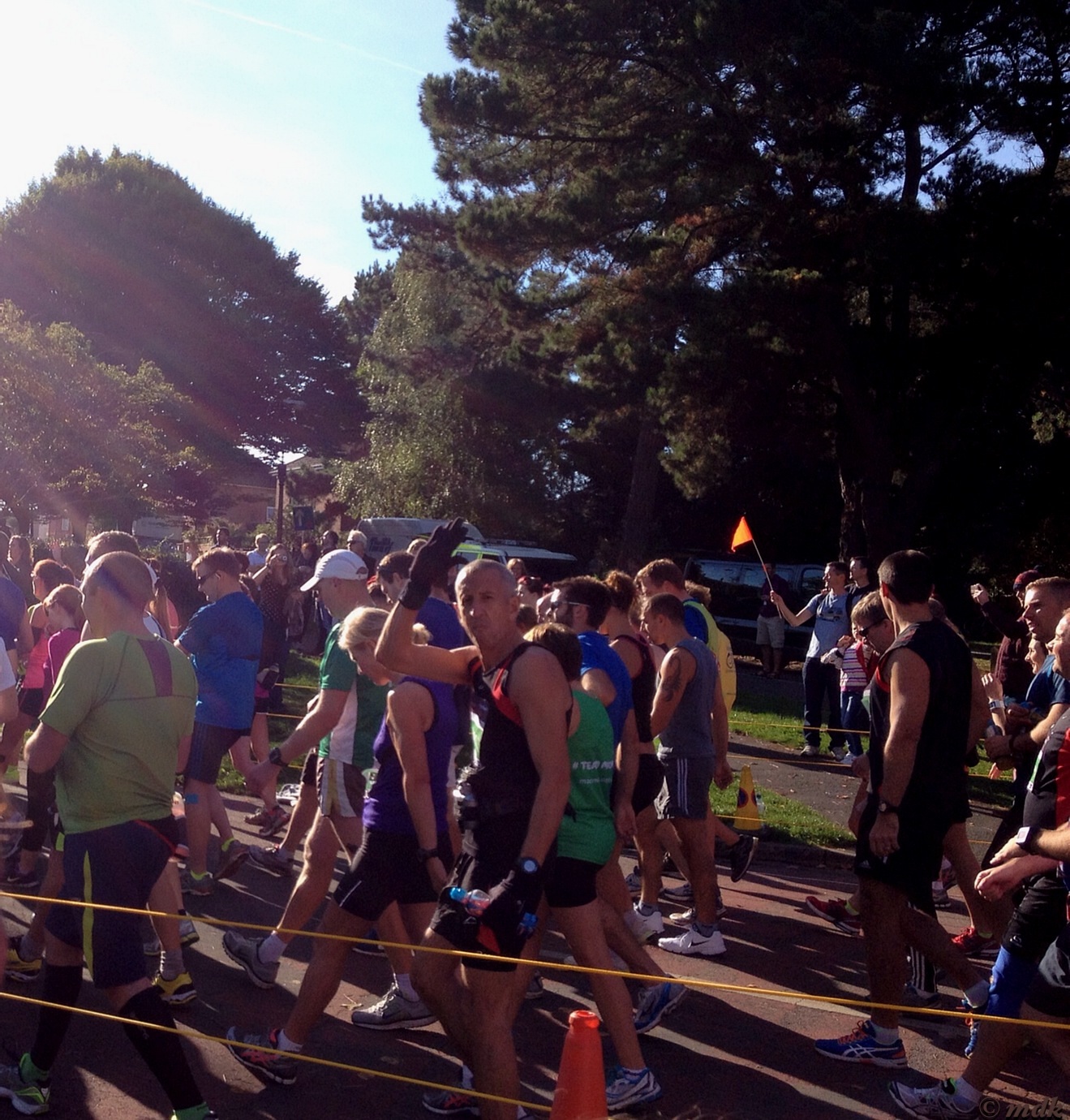 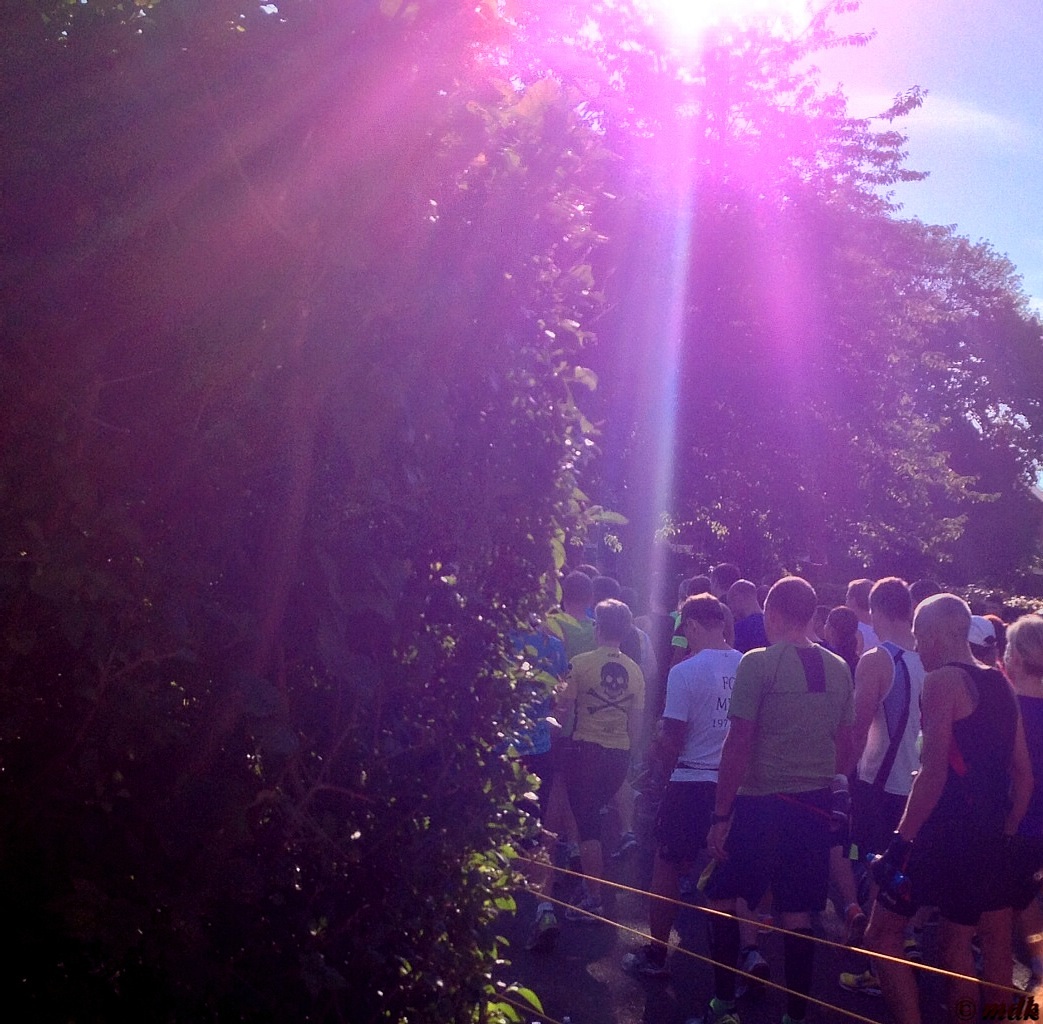 Once he’d finally disappeared into the distance I walked away from the pens and the runners still waiting, not quite having my bearings in a city I am about as familiar with as the theory of quantum physics. Feeling a little unsure which direction I should be going I decided to start off with a walk through the graveyard I’d seen while we were hanging about earlier. Macabre as it may seem, I find graves fascinating, all those inscriptions, glimpses into lives long gone, some poigniant enough to make you catch your breath.

There was an interesting looking mausoleum but the writing was all in hebrew so I couldn’t really glean very much from it. Still, I took a photo because it did look atmospheric, even with a little blue car parked in front. Behind this was the jewish cemetery, all beautifully tended, rather grand looking graves, mostly with hebrew inscriptions that reminded me of runes. After this it was on to more traditional headstones, a slight vestige of mist still swirling around them, the shadows still crisp and dark from the early morning sun. 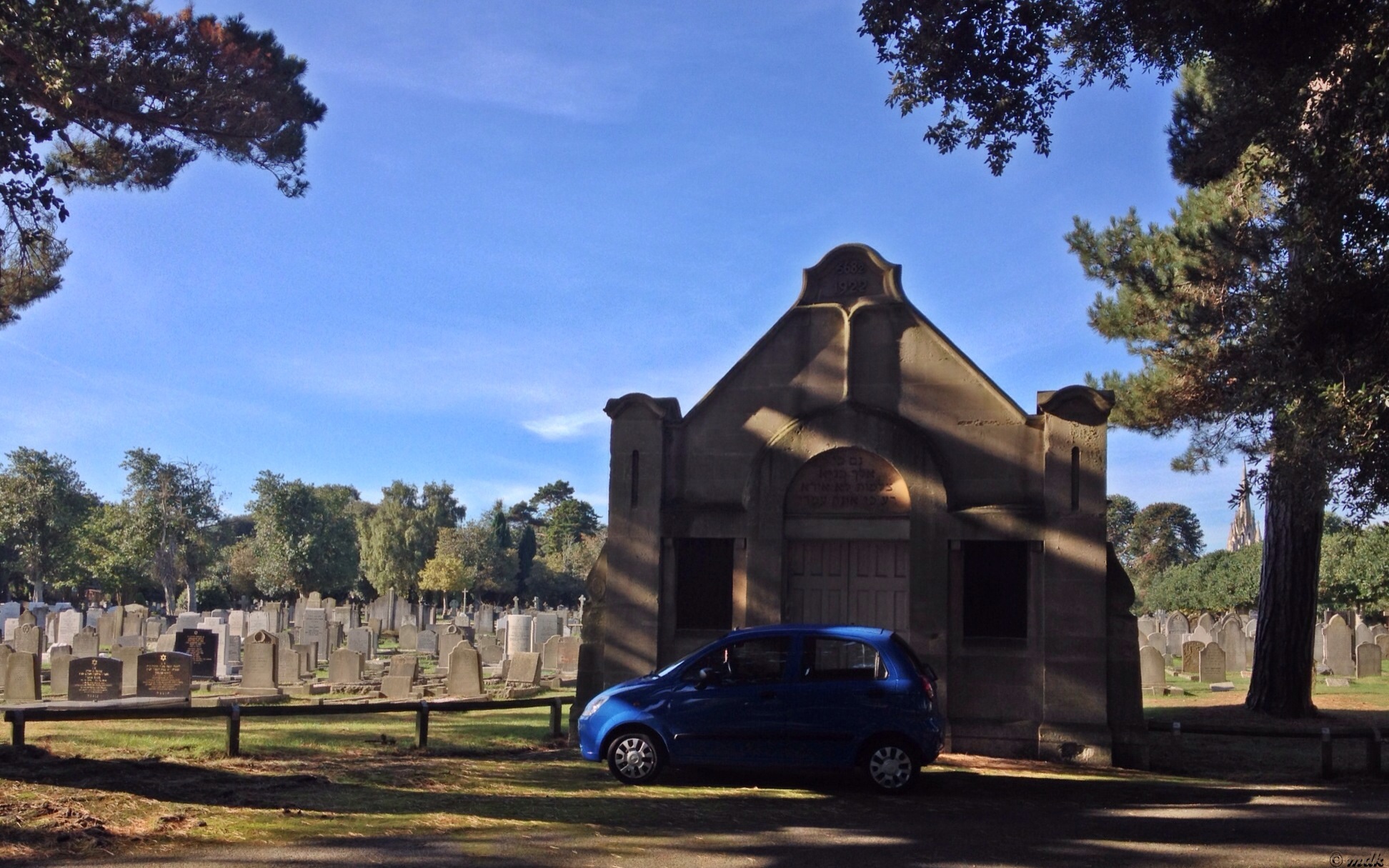 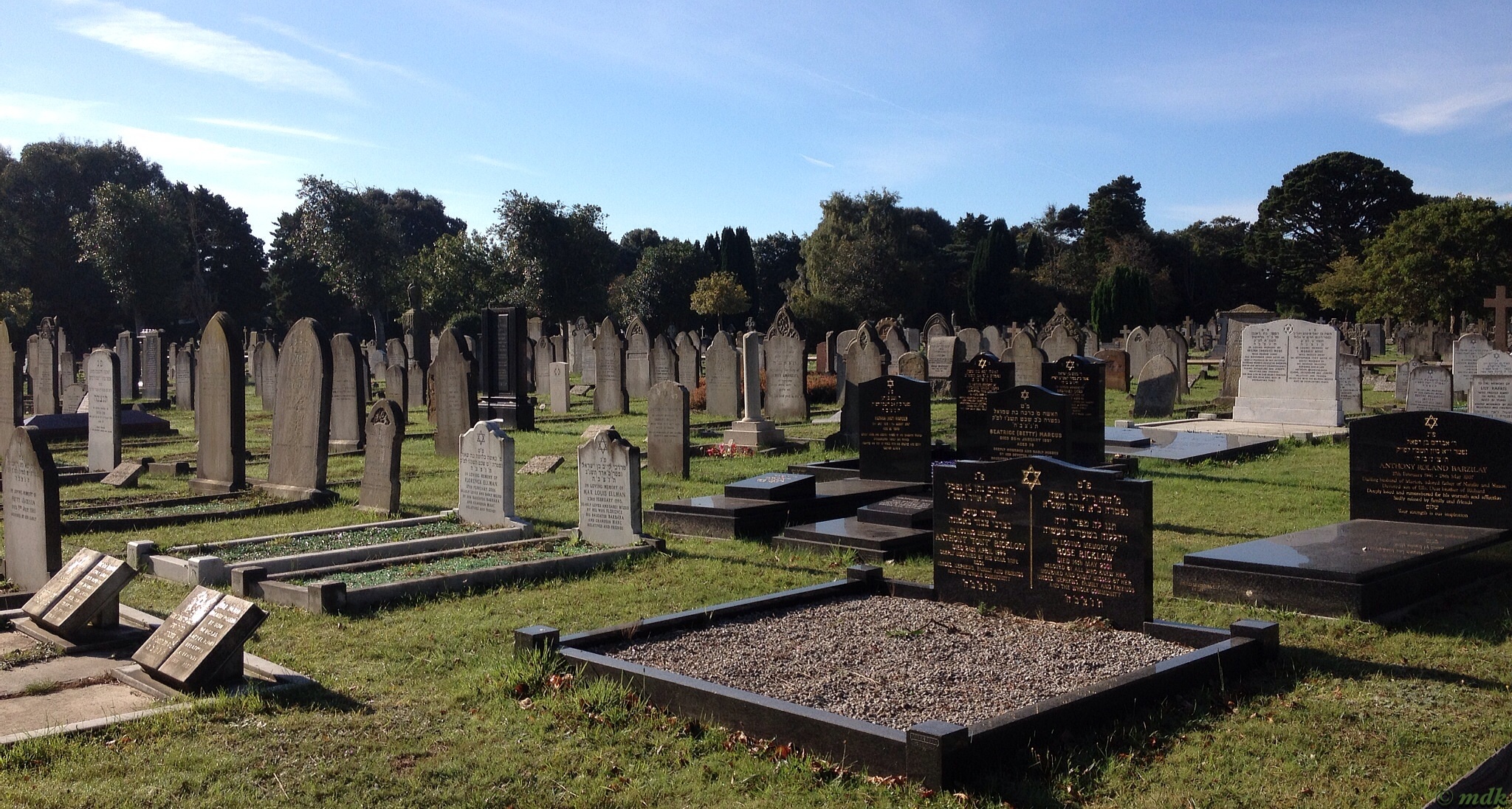 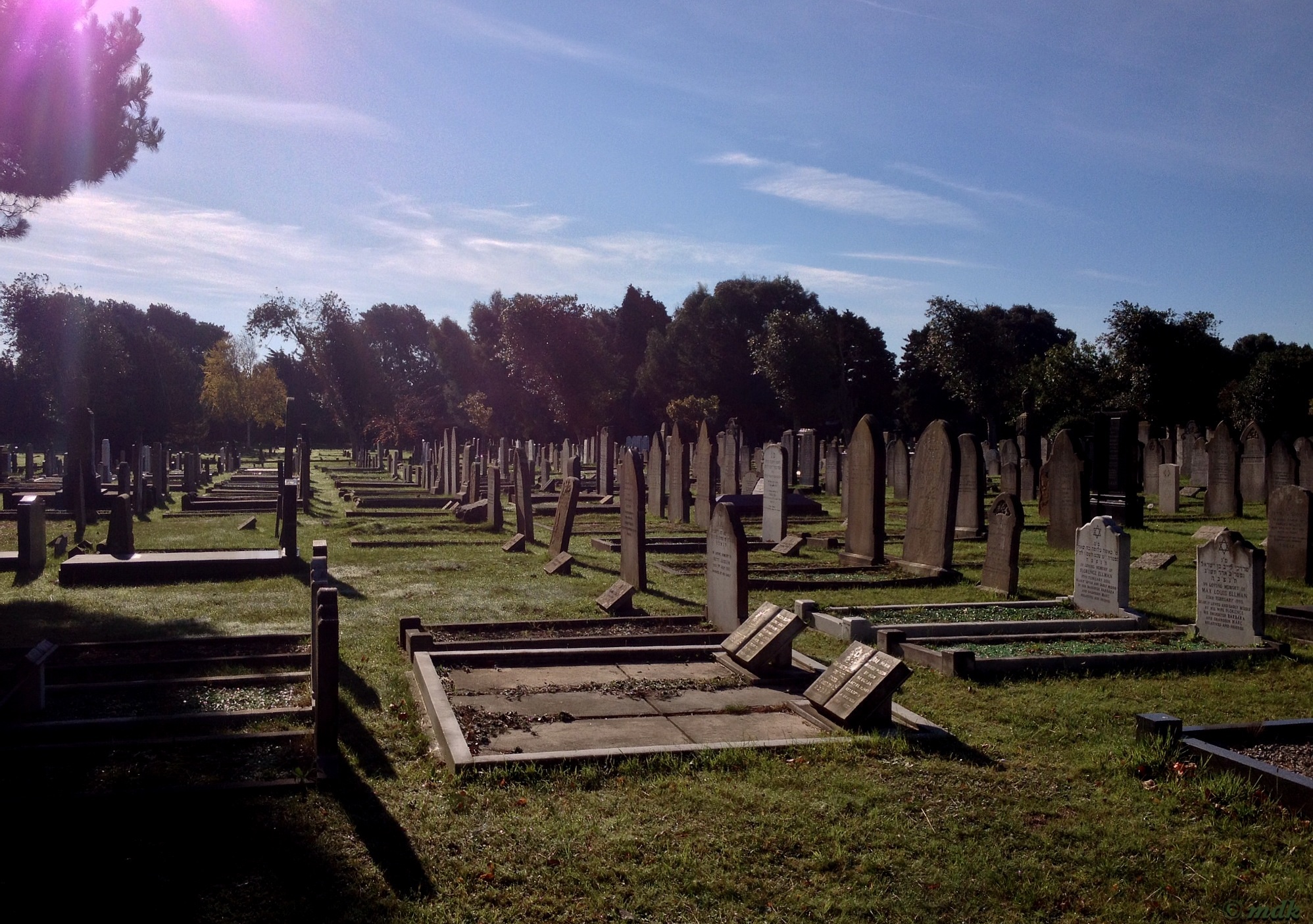 The pierced spire of the gothic chapel, built in 1896 two years before the first grave was dug, was gilded by the morning sun. The tall monkey puzzle trees flanking the door reminded me of home. A young couple walked apace with me. The woman was talking loudly about how she’d love to do a marathon if only it didn’t mean running. “Why don’t they have walking marathons?” she said. Of course I couldn’t resist. I apologised for eavesdropping and told her all about the Moonwalk and Walk The Walk. Afterwards, I wondered if her words were just bravado, maybe I should learn to keep my mouth shut. 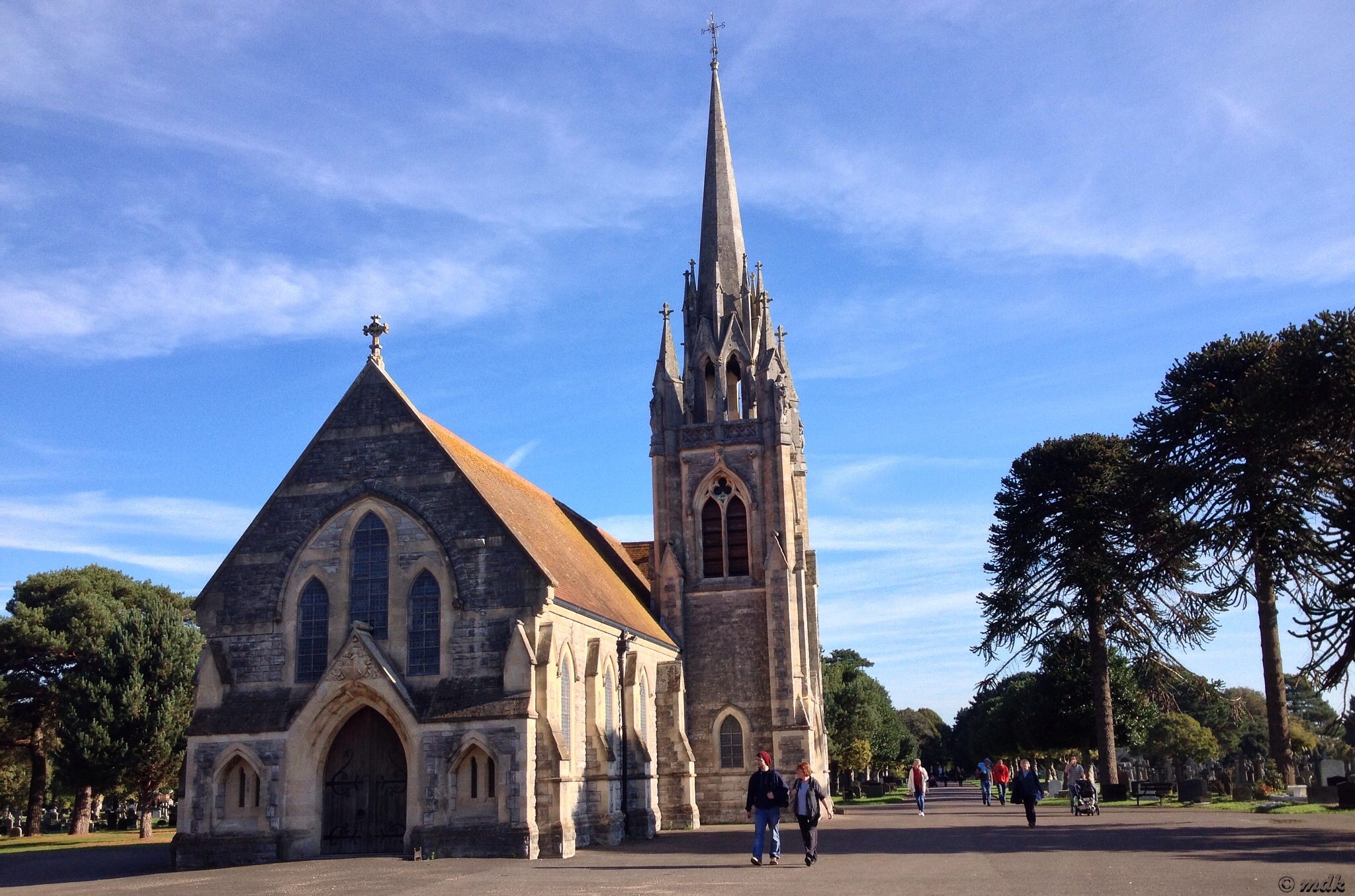 When I came to a bustling street filled with shops in what I think is Pokesdown, I turned on WalkJogRun to see if I could work out where exactly I was and pick up the route I’d carefully planned. As it turned out, I seemed to be standing right on the blue line that marked it out about a hundred yards from the start point I’d chosen. Good planning or luck? So I set off, stopping at every junction to check I was still on the blue line and hadn’t veered off my course. 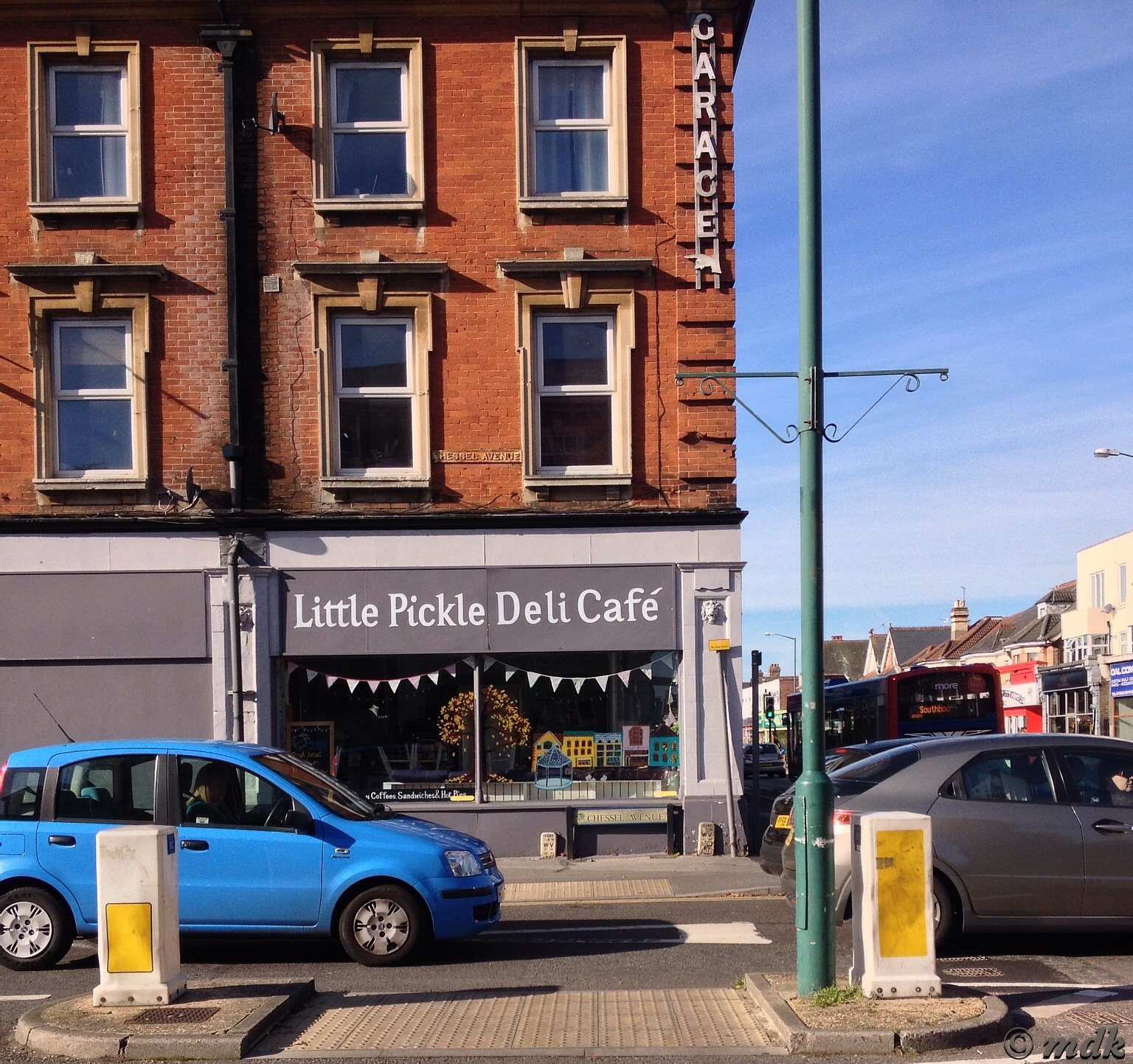 As I walked along Chessel Avenue, a name that had me thinking of home again, spider webs, illuminated by the low sun, hung suspended between trees and hedges. I paused to take a photo, not bothering to pause WalkJogRun because time was irrelvant. A tiny lady, bent with age and dressed in a long, faded floral dress, headscarf over her hair, was picking up leaves, one by one, from the pavement outside her house as I passed. When she noticed me, she stopped and smiled, “so many leaves,” she said, “but at least this part is clear now.”
“It seems like a never ending job to me,” I replied. 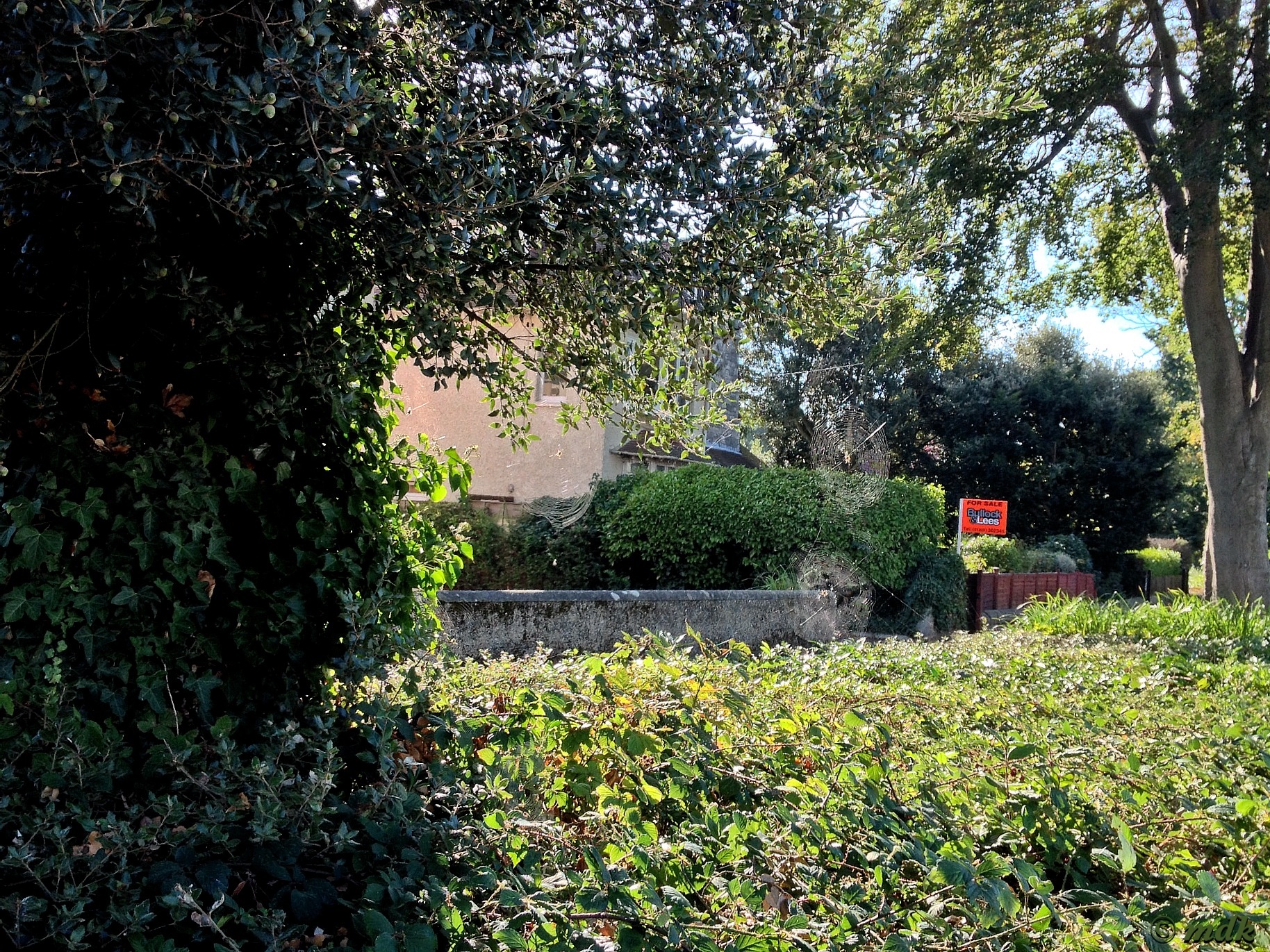 After the elderly lady had wished me a nice day and I’d set off again I checked WalkJogRun to see where I needed to go next. To my dismay, it had switched itself off. Yet again I went through the process of finding my planned walk, starting it off again and watching the blue line. Why had it stopped? When I came to the end of Chessel Avenue and my first view of the sea I found out. As soon as I opened my camera to take a photo WalkJogRun switched off again. I tried it a couple of times and it kept happening. Not good news for future walks but that was something to worry about another day. I’d found the sea, now I would just have to wing it. 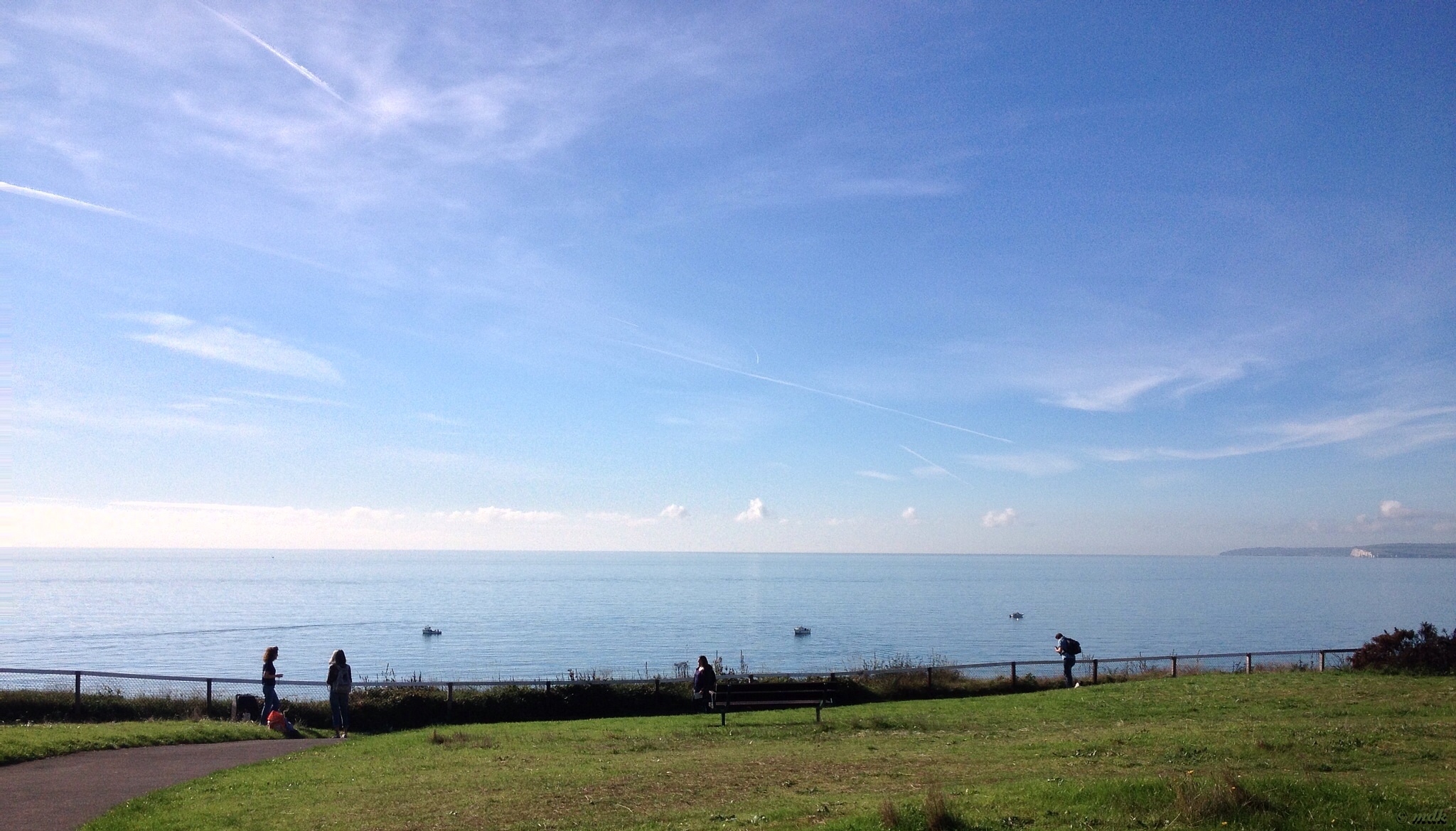 A few people were milling about on the coastal path. Like me they were technicians and bag carriers for the marathon runners. From one I found out the beach below was Boscombe. The name was synonymous with just one thing, a surf reef. In the autumn of 2009 a long awaited artificial surf reef was finally opend at Boscombe, part of a multi million pound waterfront revamp. It was the first surf reef to be built in the northern hemisphere and Boscombe expected to be quite proud of it and tourism, maybe steal some of the limelight from Bournemouth along the coast. The idea was clever, large geotextile contaners filled with sand to double the seventy seven good surfing days a year Boscombe already enjoyed. It didn’t. It also went more then £1.4 million over budget. Cross words were had between the council and the contractors, repairs were made. To date it doesn’t work properly but the surfers dont seem to mind. 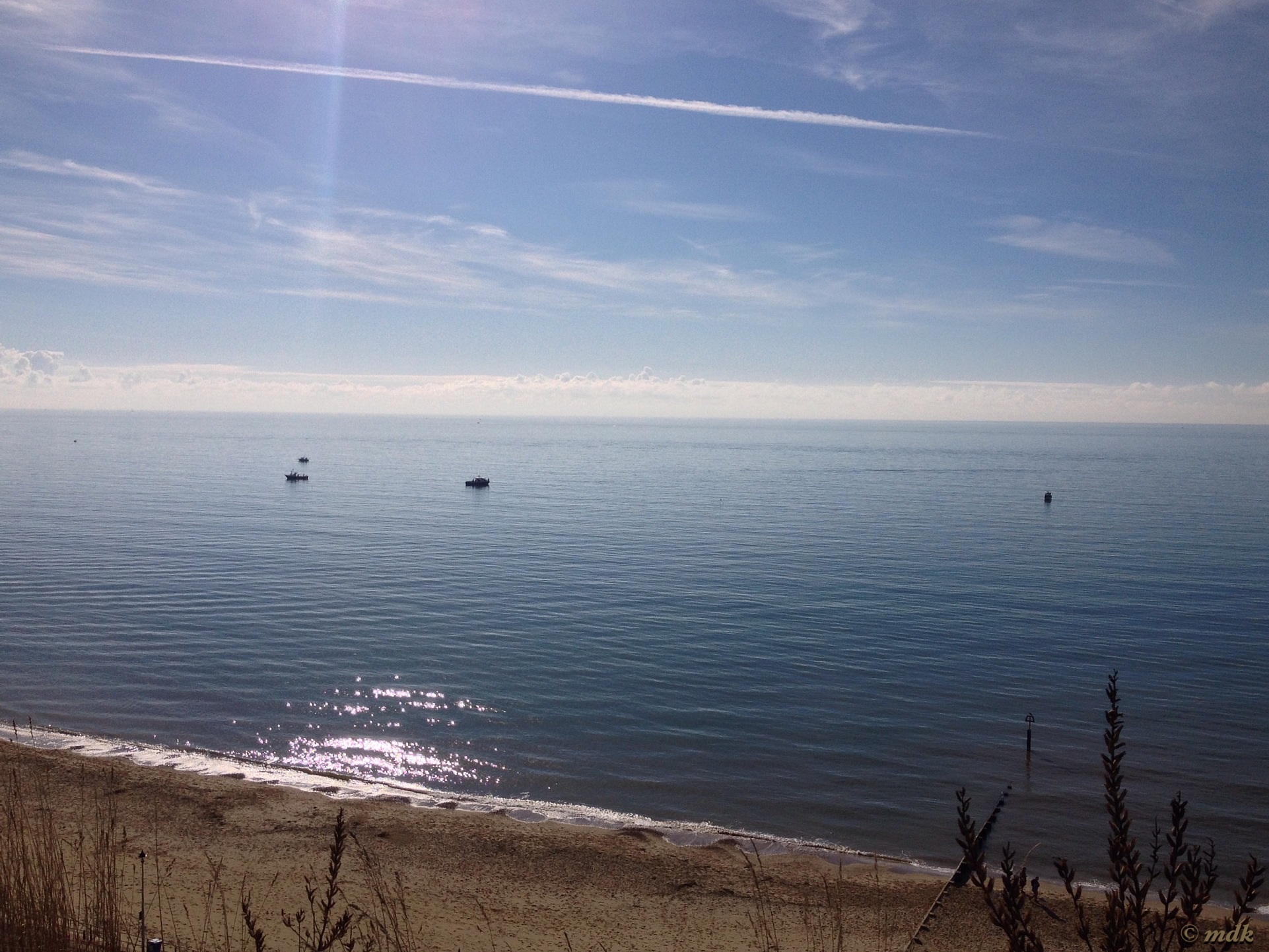 As I walked the long, steeply sloped path winding down from the cliff top to the beach I looked out to sea. I couldn’t see any sign of a surf reef or any waves worth mentioning. Two young lads and their mother, pushing a pushchair, struggled upwards in the opposite direction, the mother soldiered on while the boys moaned and stopped to sit on a bench. I was glad I was walking down. 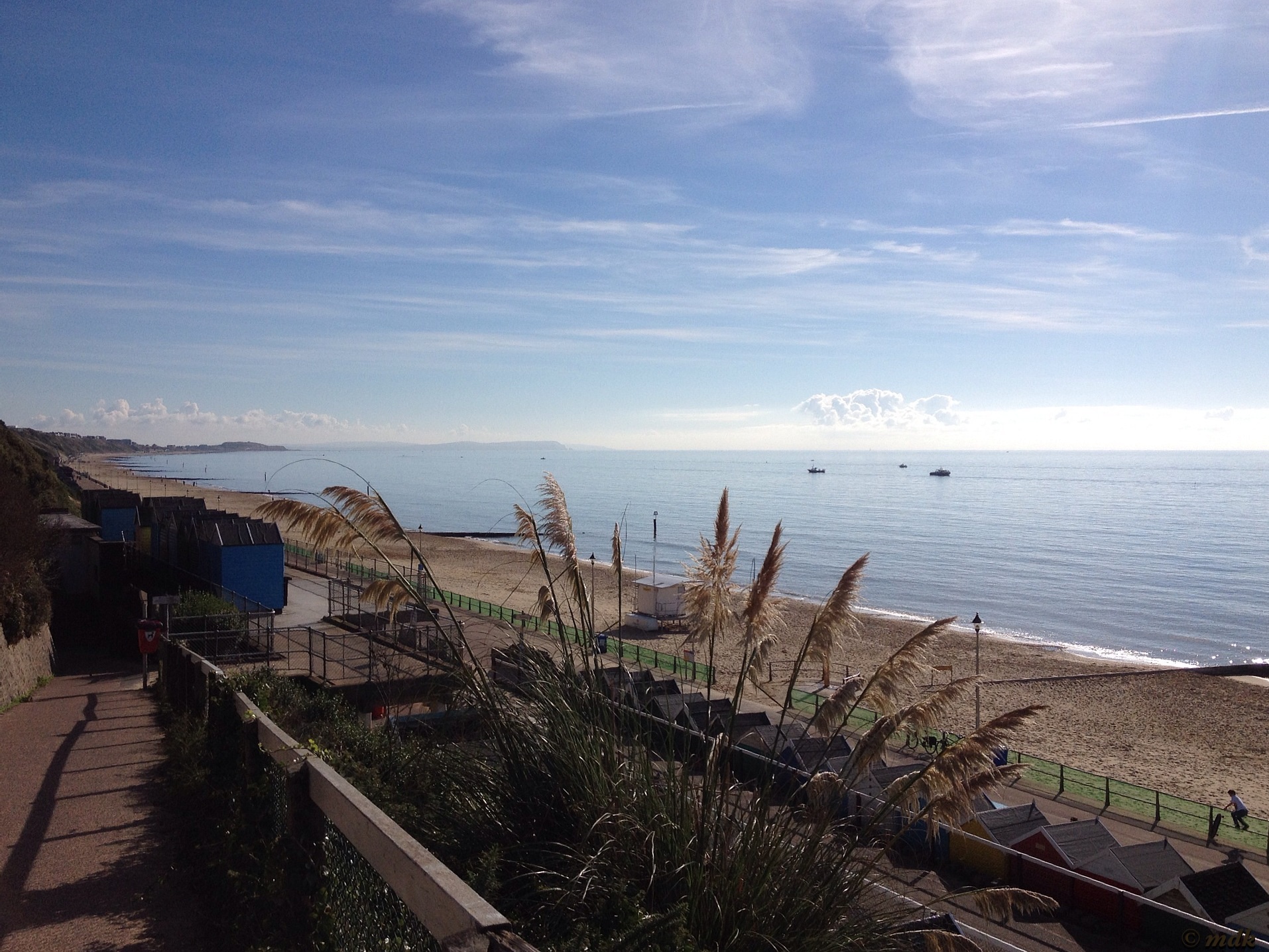 Near the bottom a little alpine aster clung in the gap between the rock wall, purple petals faded by the sun and salt air. Below this there were beach huts, below those more beach huts. I like beach huts so I stopped to take a photo or two although I did wish the people who owned them were a touch more imaginative on the colour front, mostly they were white with one or two blue or green, just one, bright mustard yellow, stood out as different. 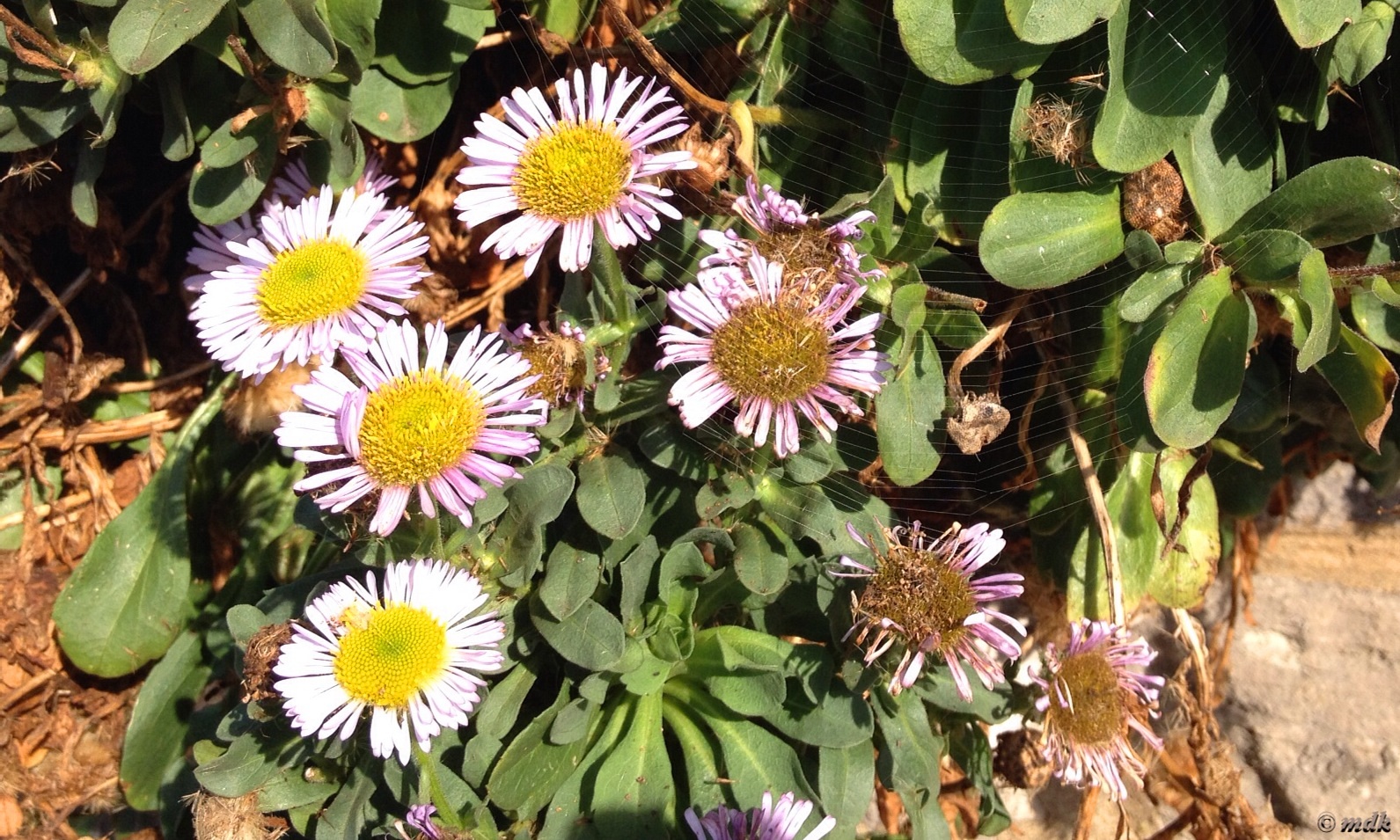 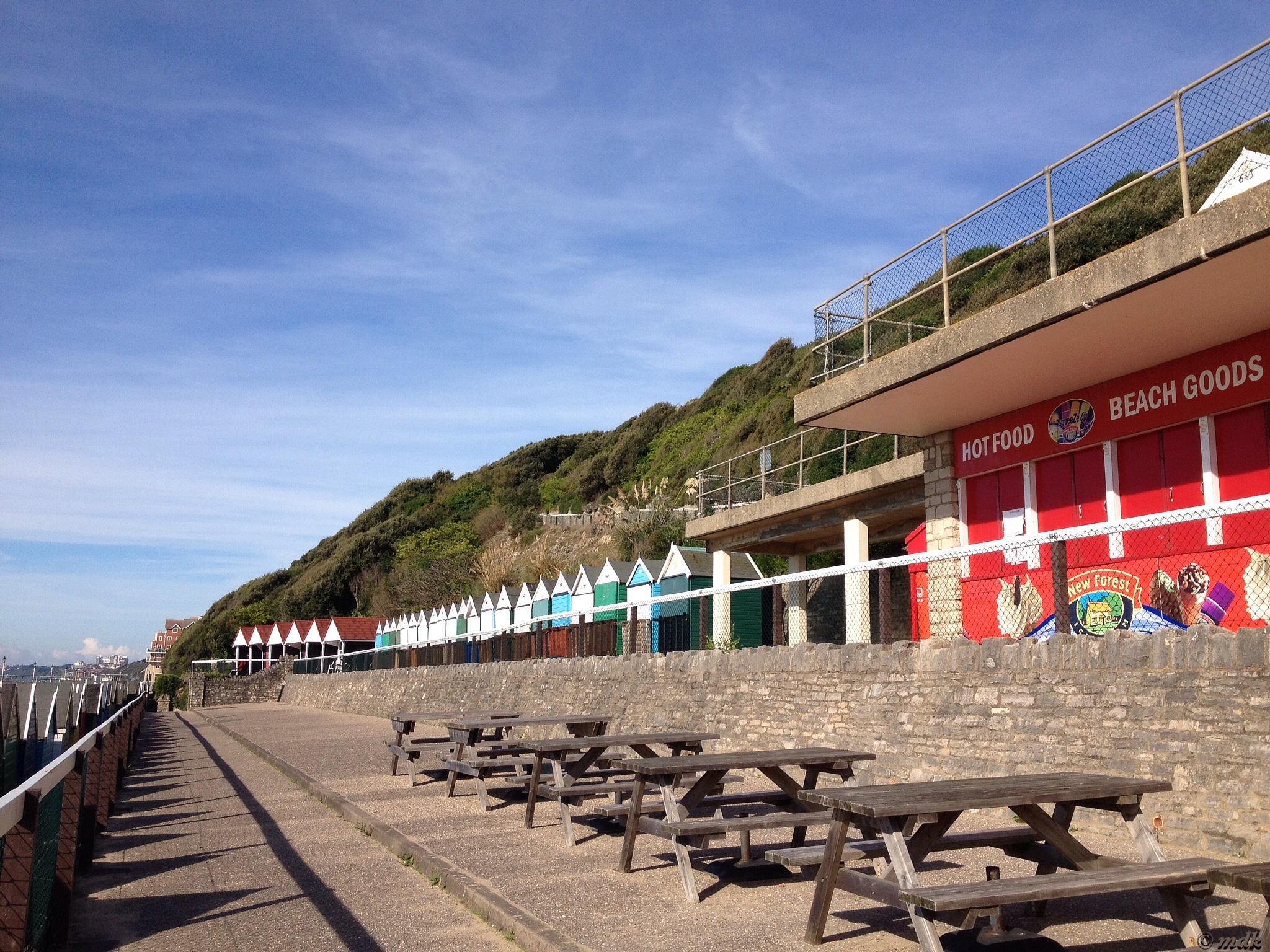 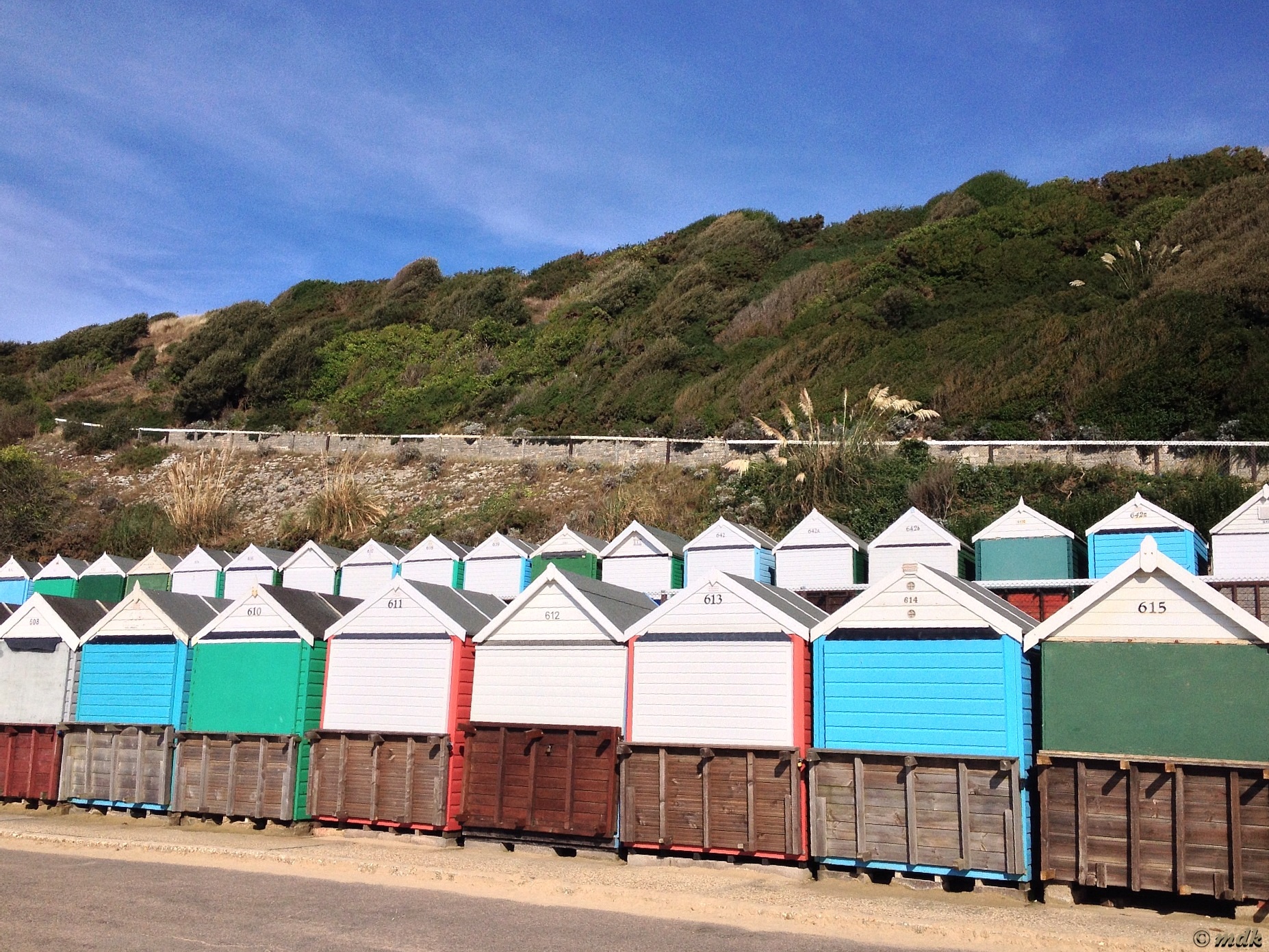 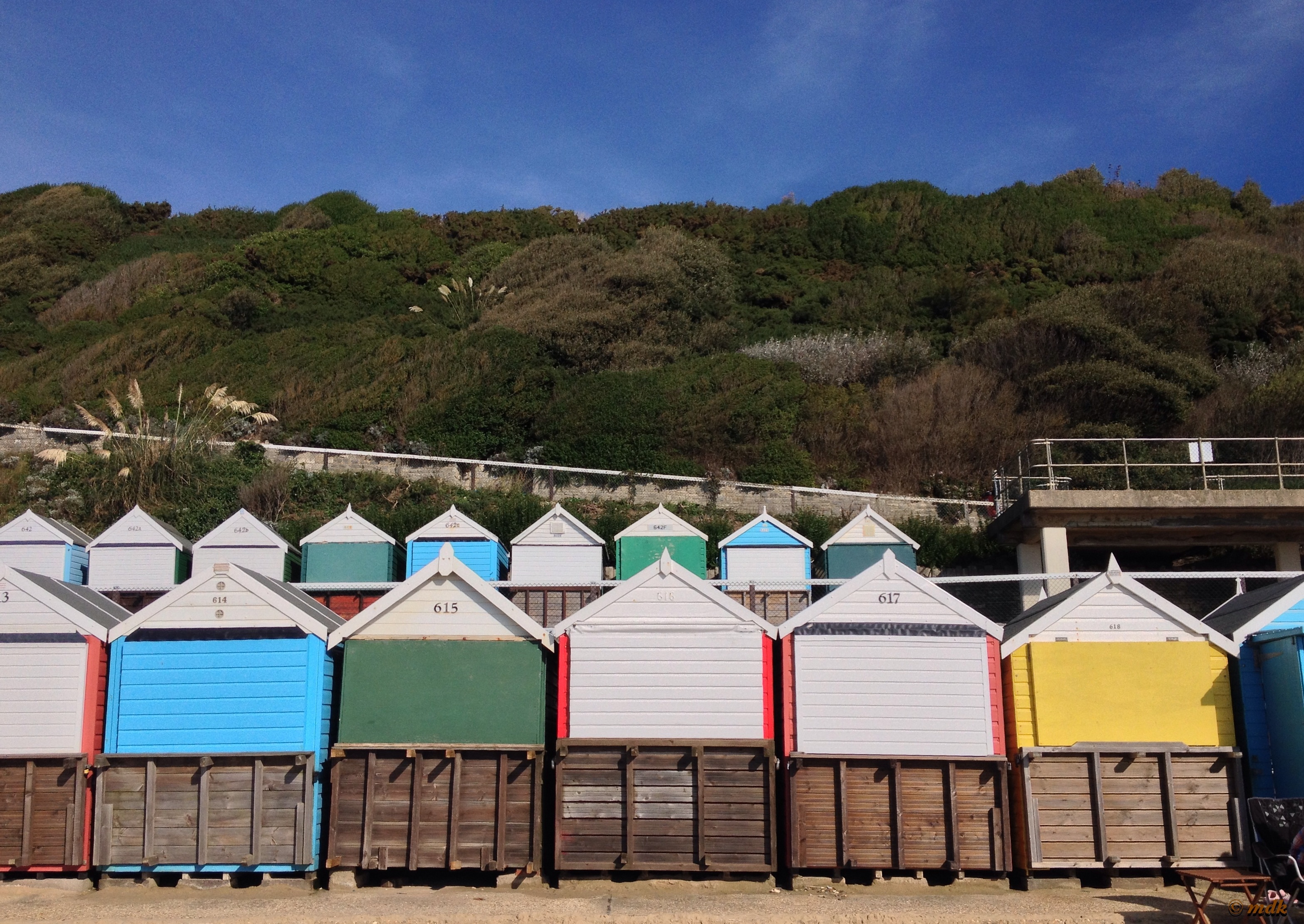 Along this stretch of sea front every other business seems to be surfing related. I scanned the sea for any sign of waves but came up with barely a swell as the sea lapped at the sandy beach. If I were a surfer I’d be bitterly disappointed. There were little boats bobbing about and a line of fluffly cumulus clouds on the horison. As I’d far rather snap pictures of things like that than surf, I was happy as could be. 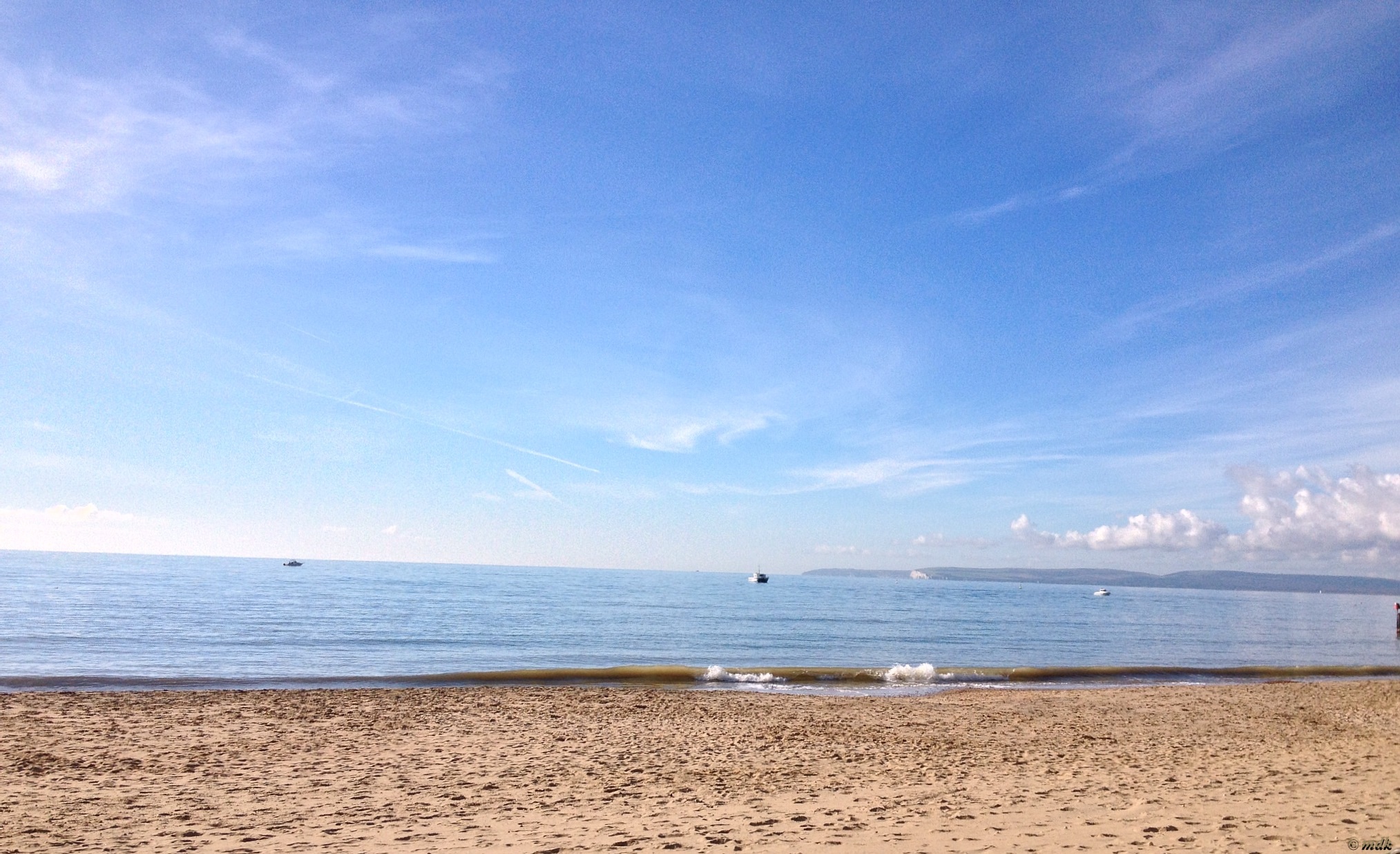 When I turned my attention back to the cliffs and the next row of beach huts I could hardly believe my eyes. There were goats, perched high on the steeply sloping banks surrounded by scrubby trees. LAter I told Commmando about and he didn’t believe me until I showed him my photes. He’d run all along this route and not noticed a thing. 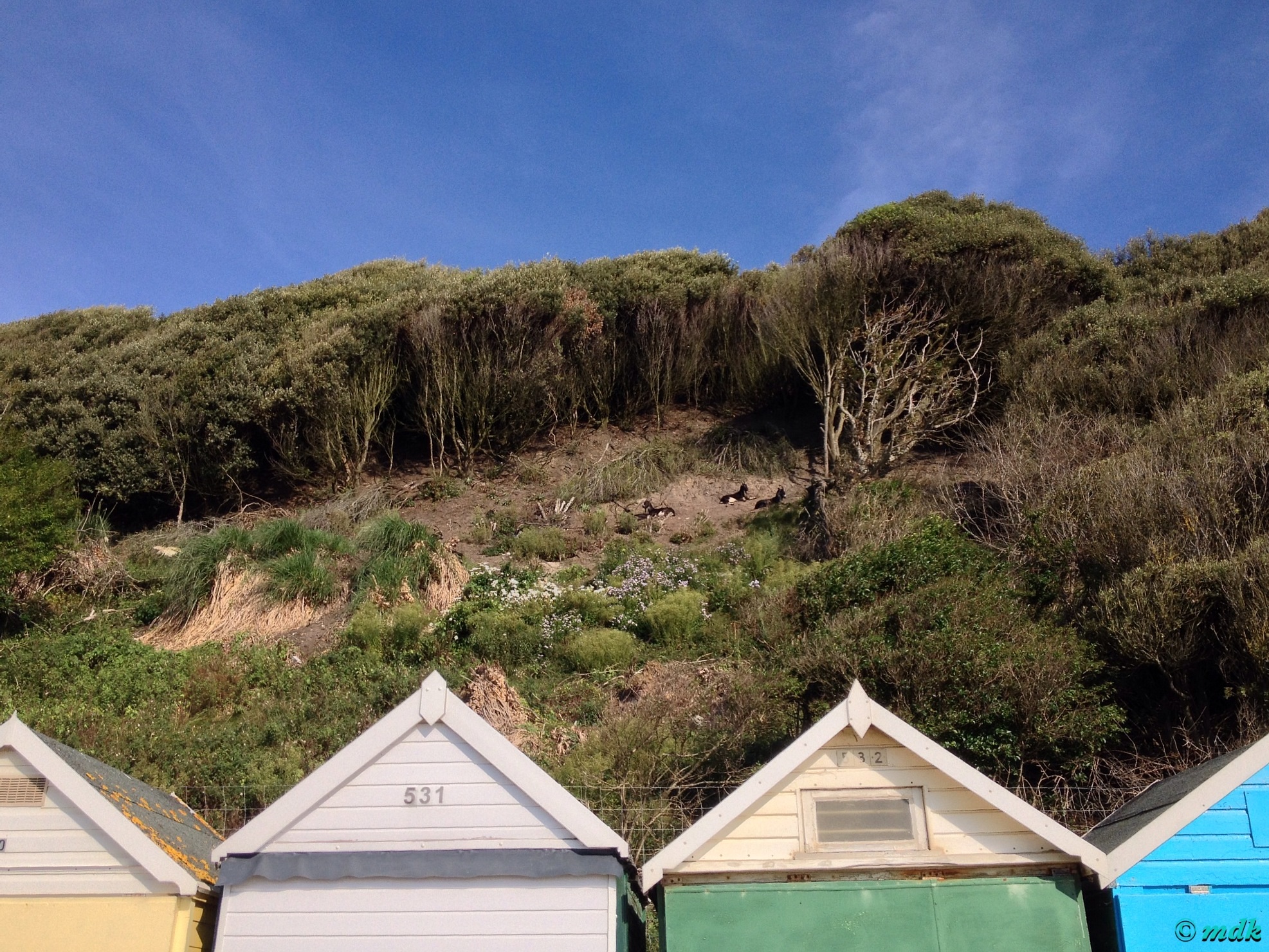 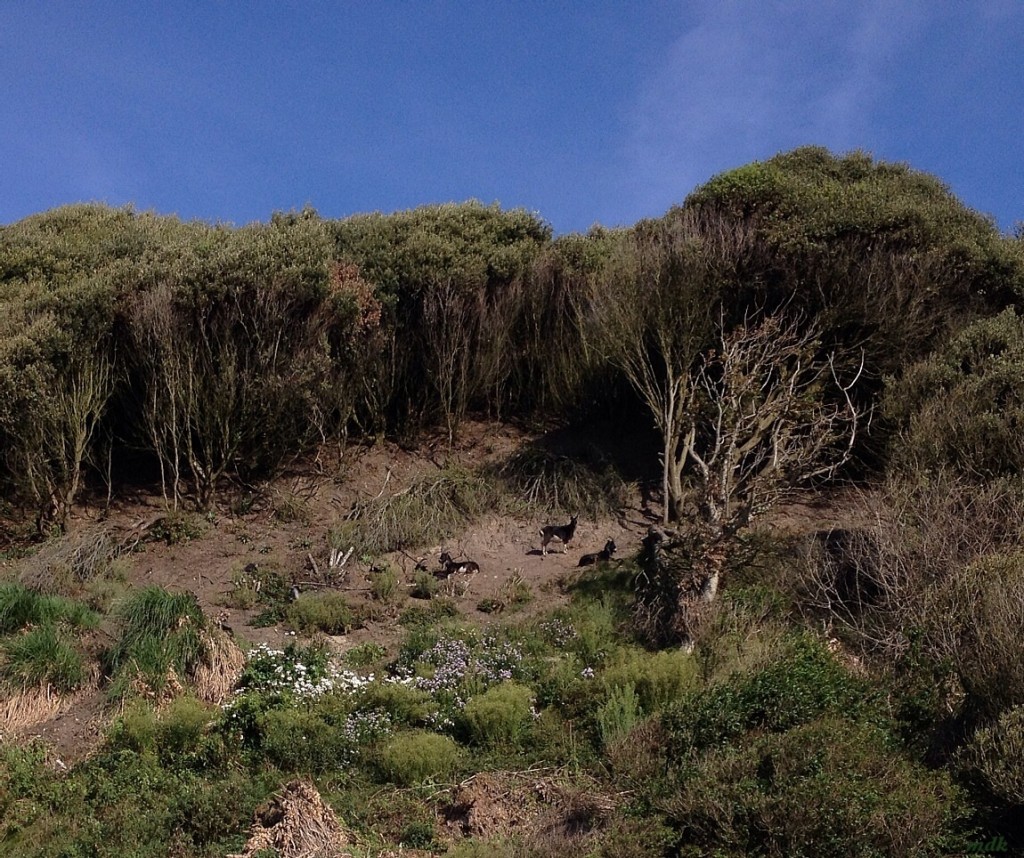 Apart from the distinction of being over shadowed by goats, the next beach huts were the same mix of white, blue and green but did seem to be getting some use. One hut owner was even sitting outside on a deckchair in a bikini. Now the morning mist had burned off and the sun was up it was getting hot. The promised pleasantly warm fourteen degree autumn day with just a hint of wind, perfect for running a marathon, was turning into a scorcher. My long sleeeved dress, thick leggings, cardigan and parka didn’t seem as good an idea as they had first thing when I was shivering. I stripped down to dress and leggings stuffed my scarf and cardigan into my bag and tied the parka round my waist by the sleeves. Better, but still way too hot and overdressed. I couldn’t help worrying how Commando was doing, now an hour into his run. 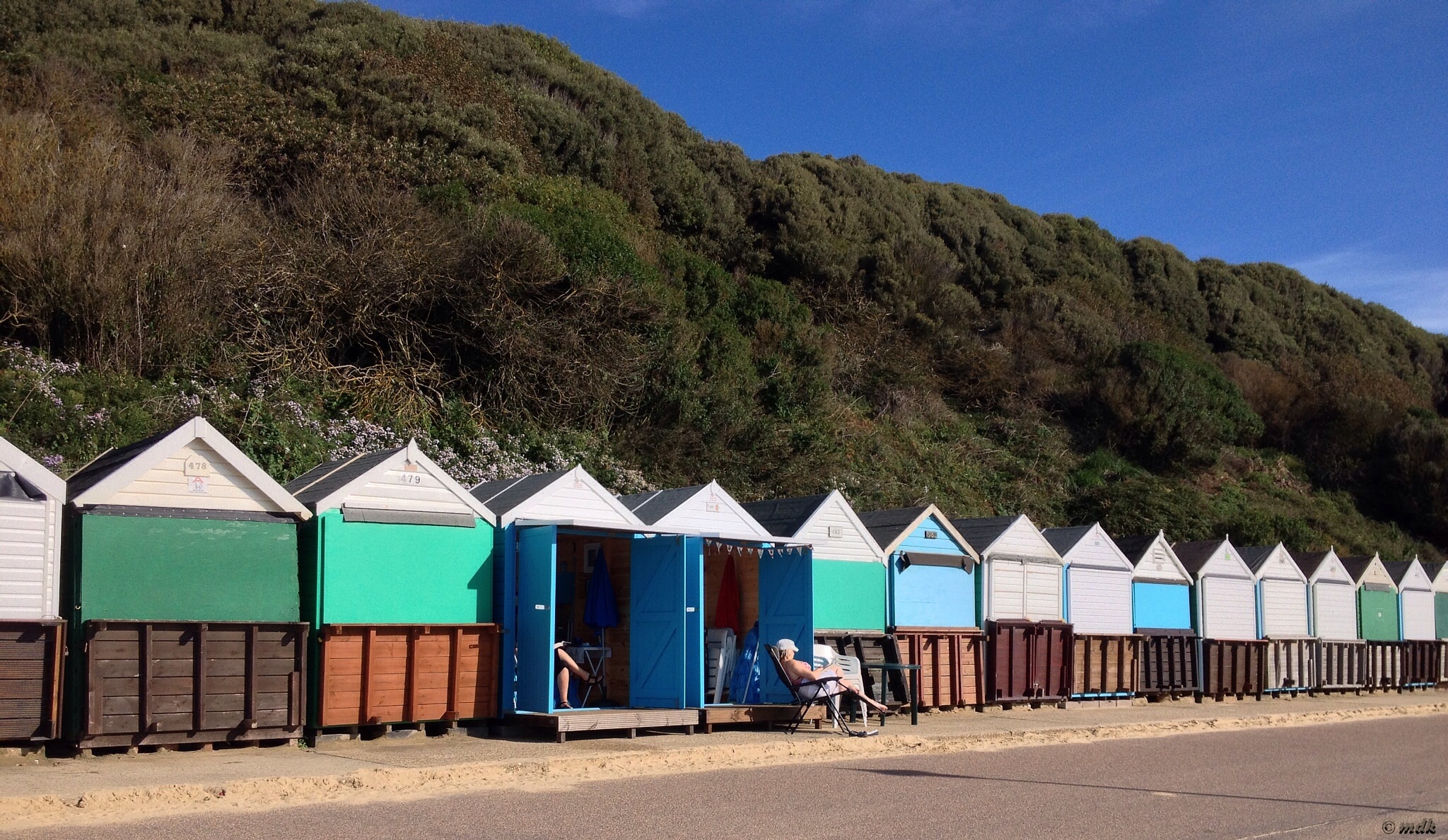